I slowed way down once I got to my third and final stop, the beautiful Jungle Bay Eco Lodge, noted as much for its “adventure” packages as for its pampering at the Spa du Soliel, where all the treatment rooms are open to the sounds of the ocean crashing on the rocks below. I was in it much more for the pampering, as every day in Dominica had offered some type of “adventure” since I arrived. 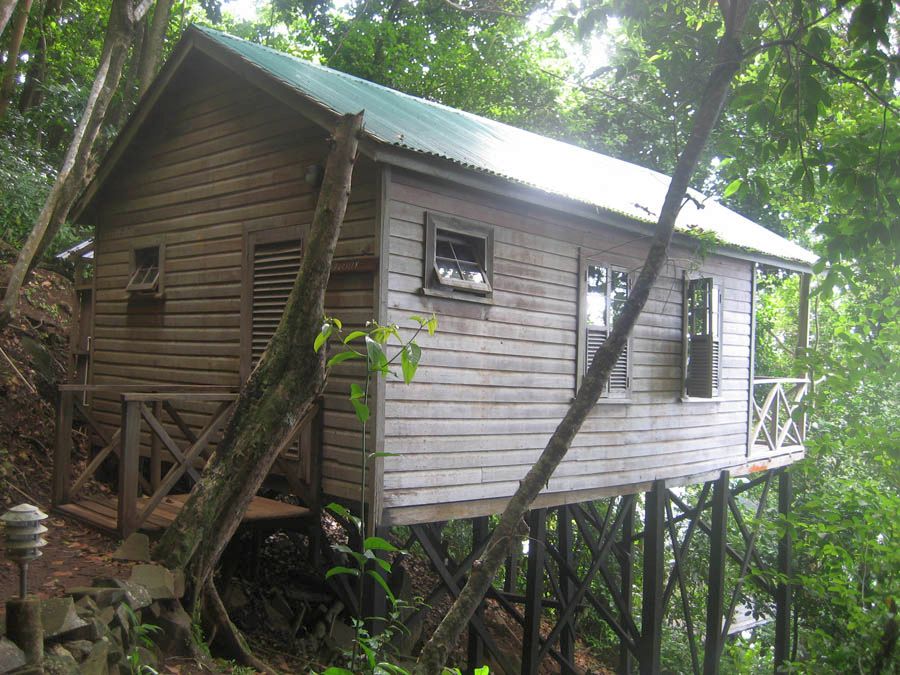 This remote paradise offers cottages spread out along the side of a cliff overlooking the rocky Atlantic coastline. Each cottage is carefully positioned among the vegetation to afford maximum privacy. It was worth the 133 step climb (yes, I counted!) to feel like I was living in a “tree house” with no one else around but the birds and geckos. 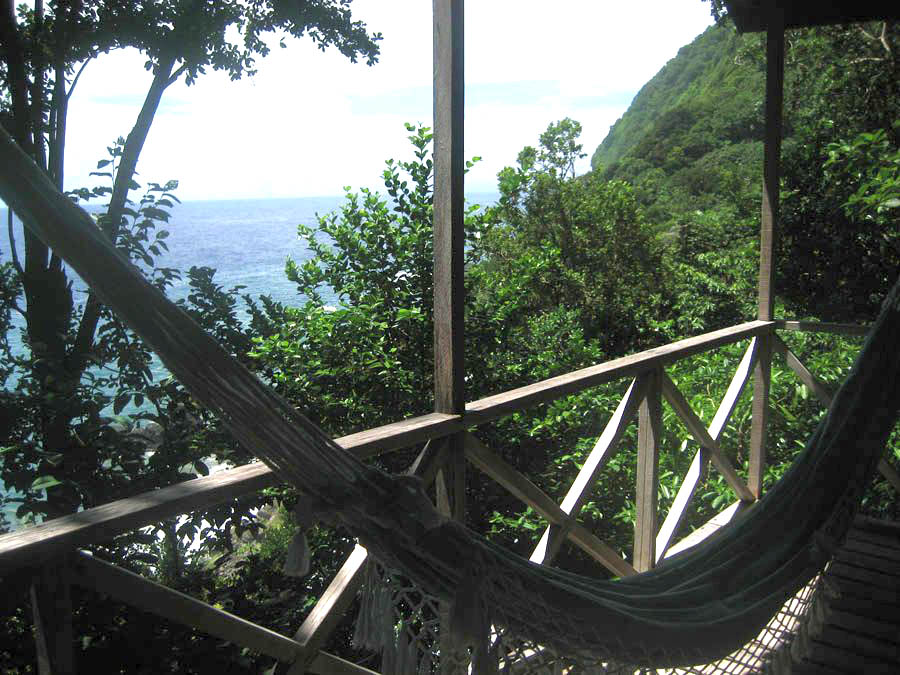 View from the Hammock

The cottage, made from indigenous materials, had large shuttered windows on three out of four sides, and a spacious balcony with plenty of room for a swinging hammock. The “semi-outdoor” shower was a room built of bamboo poles, with a rain shower head and ample hot water. The remoteness of the location did indeed feel like a “bubble,” insulated from all the stress and troubles of the outside world. 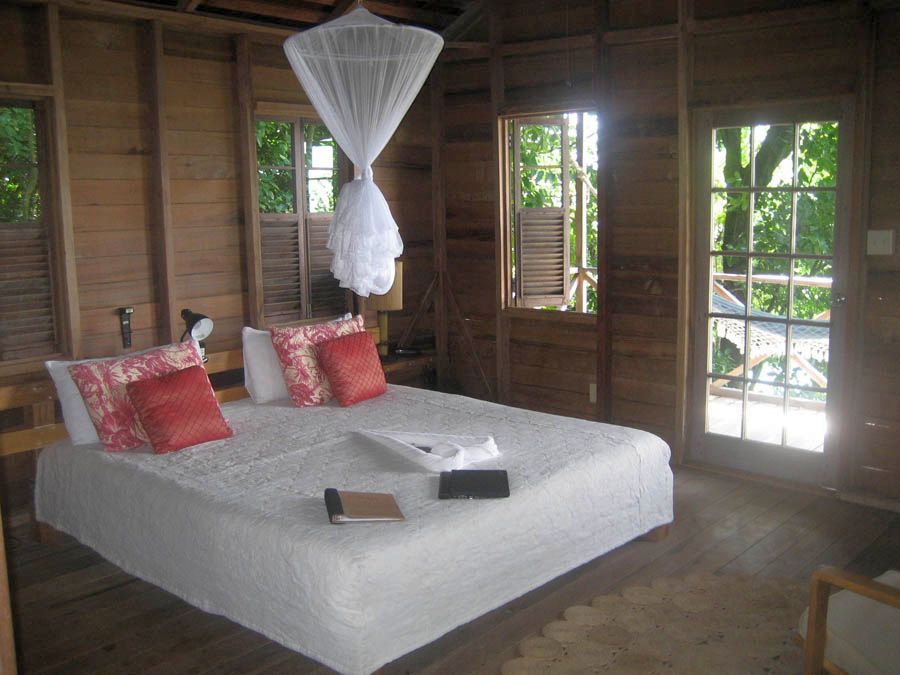 Dominica reportedly has 365 different waterfalls, one for each day of the year. I had only seen five so far, so I still had a few to go. Just 10 minutes from Jungle Bay was the magnificent Victoria Falls. It was located on private property with no signage, just the instructions to turn left at the sign advertising Moses’ “Rasta-urant” and look for the Rasta Man, Israel, to lead you to the falls. 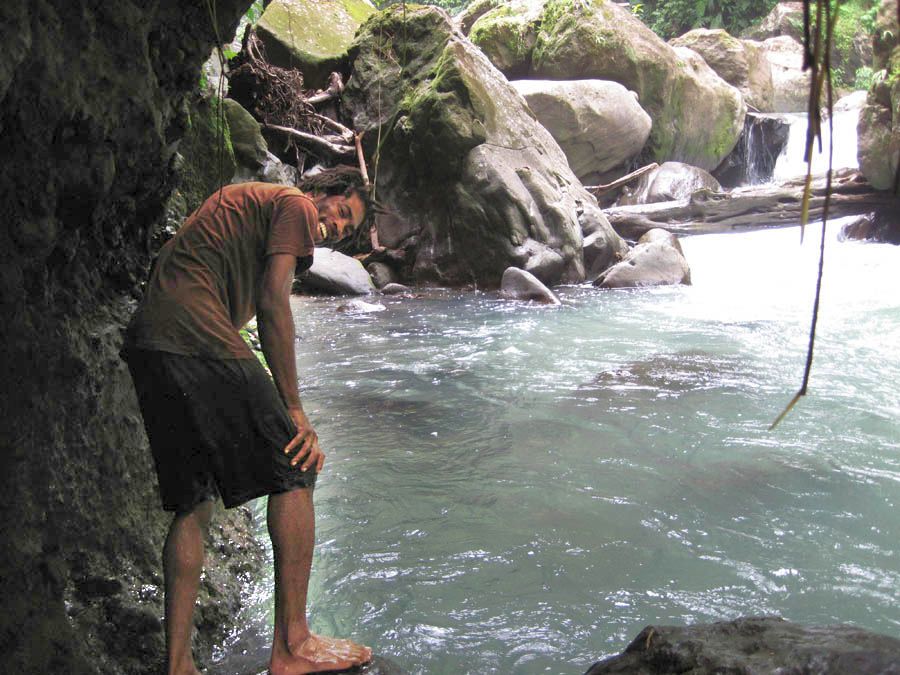 Hiking to Victoria Falls with Israel 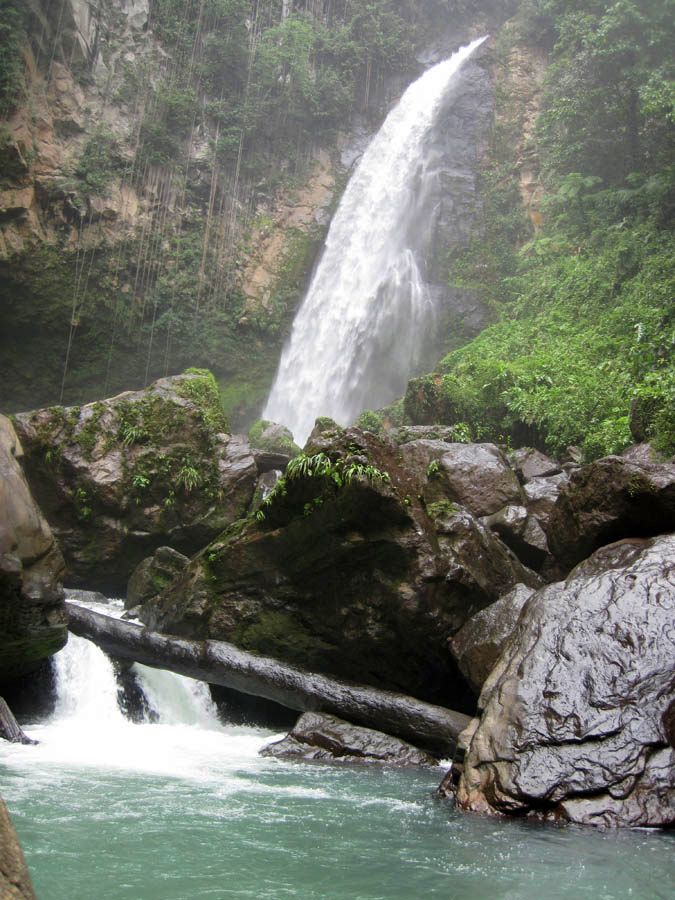 It was about a 45 minute hike through rugged terrain, which involved crossing a swift, waste-deep river in five different places and climbing up and down boulders the size of a VW Beetle. I quickly swallowed my pride and accepted Israel’s hand whenever I saw it outstretched. The man had amazing strength and balance not to let me pull him over with me as I struggled to stay upright while fording the swift rapids and sliding down the giant boulders on my butt.

Ruined pedicure? Twenty dollars. Massage to relieve pulled hamstring? $100. Swimming in the massive pool beneath the falls, all alone while Israel sunned on the rock? PRICELESS! 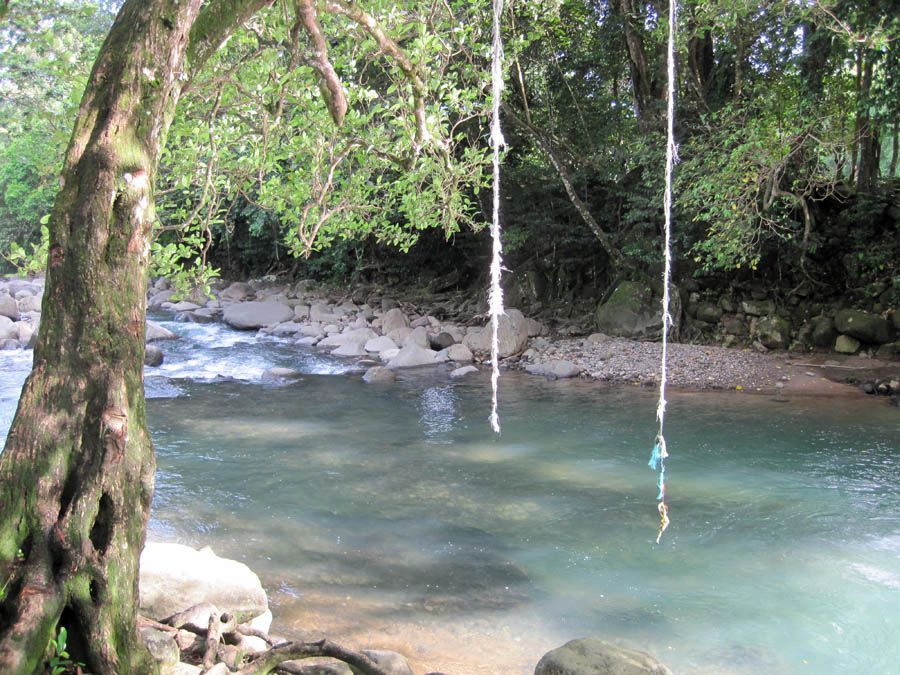 Swimming in the White River

My last day in Dominica continued to offer up idyllic spots with no one else around. Just a 15 minute walk from the Jungle Bay property was the White River, named so due to its milky bluish color. This river comes from the Boiling Lake, so the sediment gives it the bluish tint. The “pool” was an area of the river about six feet deep with a couple of rope swings suspended from the trees overhead. I lingered until I could stand the chill no more, then sauntered my way back through the banana trees to my “tree house” for a nap in the hammock. 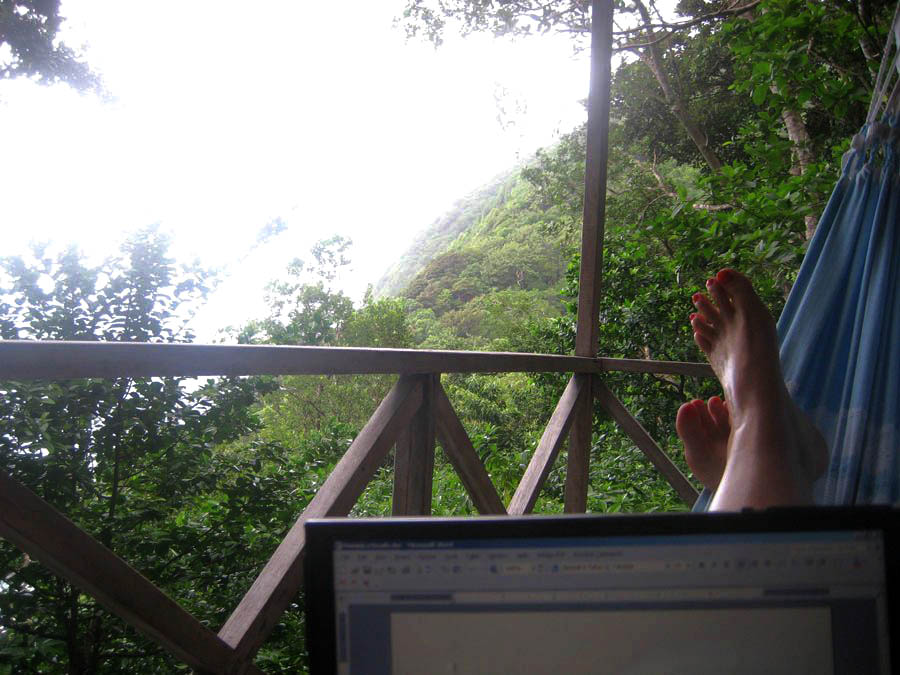 Blogging from the Hammock

Though Jungle Bay was beautiful, offering remote isolation from the cares and worries back home, I felt it also offered insulation from the local Dominican culture. I am grateful for the recommendation of my brother Don, who suggested more diversification during my stay to experience all this enchanted island has to offer!

1 thought on “The Jungle Bay Bubble”