Here is my adorable little rolling home.  I searched for about nine months before I finally found the one that just felt right.   I think it is true when they say “You’ll know it when you see it.”  I had stars in my eyes and birds tweeting around my head the minute I laid eyes on her. 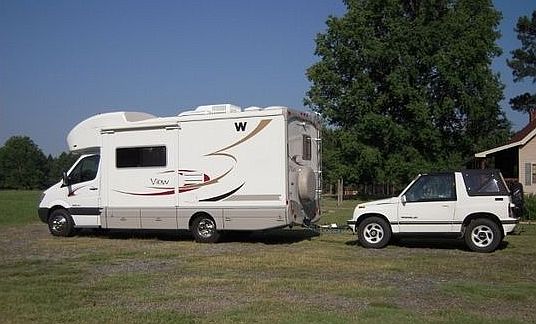 I think I got lucky because the owner lived way out in the sticks of Arkansas.  The ad also failed to mention that the rig had been “garage kept,” otherwise someone would have surely beat me there.   Or else it was just meant to be.  😉

I am not one for making up a bed each day, so I was attracted to the J-model for it’s little “book nook” in the back.  I love curling up on a Sunday morning with a book to nature’s sountrack. 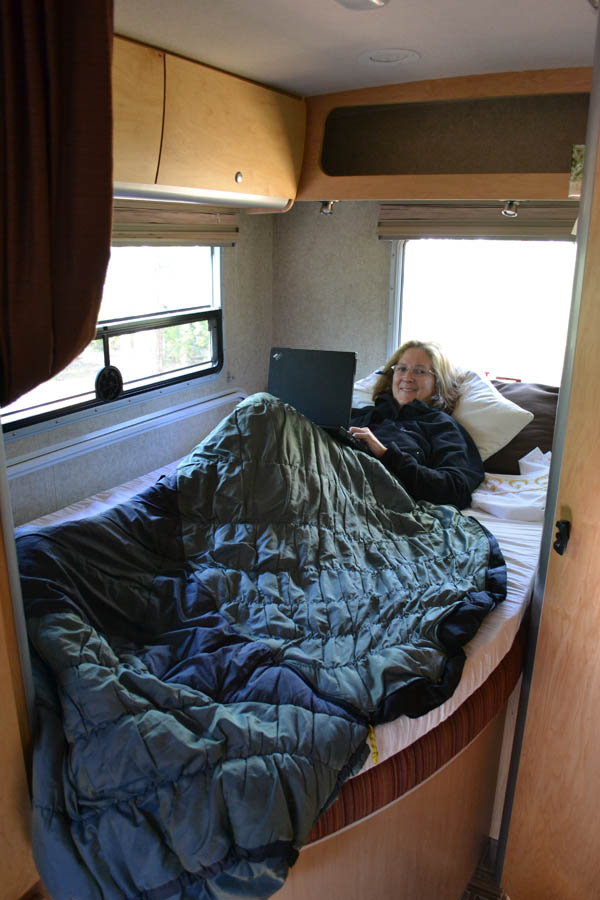 I am still working out the details of the office space.   So far, the most comfortable spot seems to be in the drivers seat, swiveled back to face the coach. 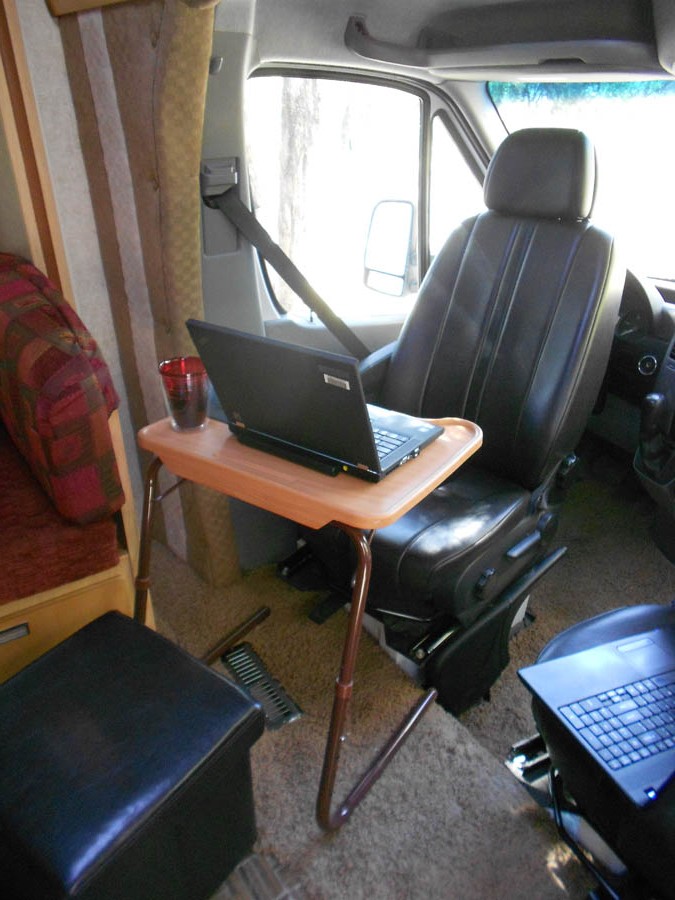 I haven’t come up with a good name for it yet.  I never have been very good at naming inanimate objects, instead taking the obvious route based on color — “Little Orange,” my first car in college, “Old Blue,” my parent’s 1966 Impala, or “The White Wonder,” my brother’s Land Cruiser.   So far, the two names that have been suggested are “Dora,” for “Dora the Explorer,” or the R/V Calypso, after Cousteau’s research vessel.  I always loved that John Denver song, “Aye,Calpyso, the places you’ve been to…the things that you’ve shown us, the stories you tell…”     Nothing has “stuck” yet, though.  Suggestions welcomed!