It may sound hard to believe, but there was something even more captivating and alluring for me than the abundance of creatures that frolic so freely in this prototype for the SeaWorld amusement parks. That was the ice. Towering, foreboding, spellbinding, ginormous ice. 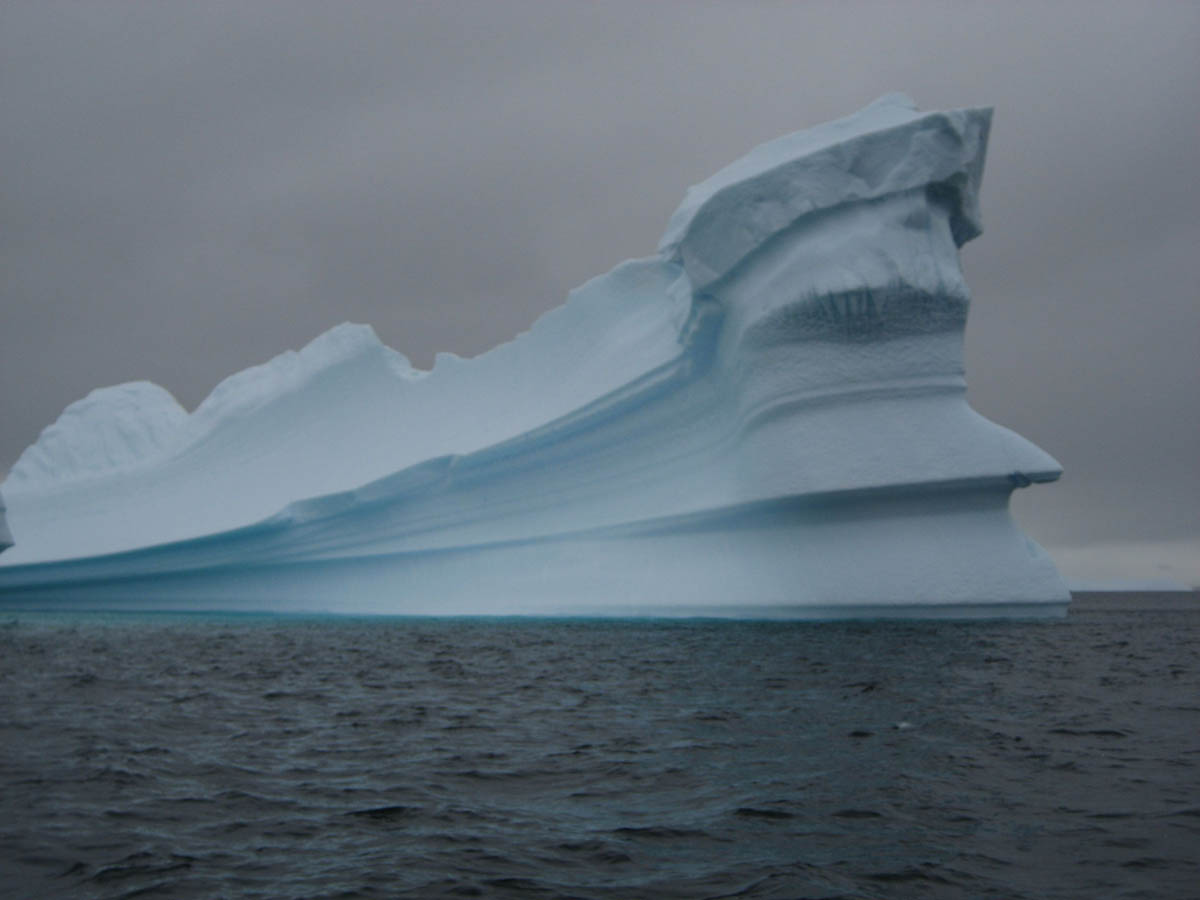 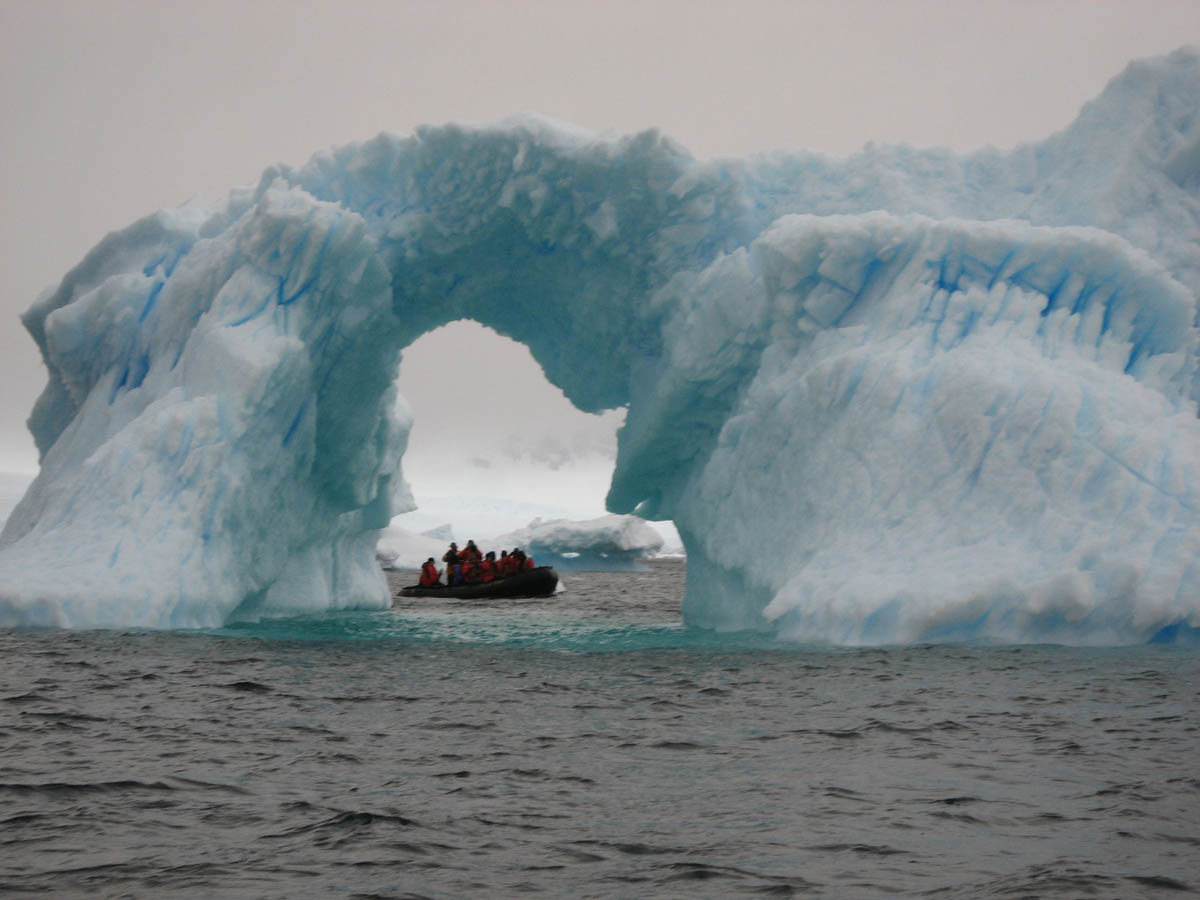 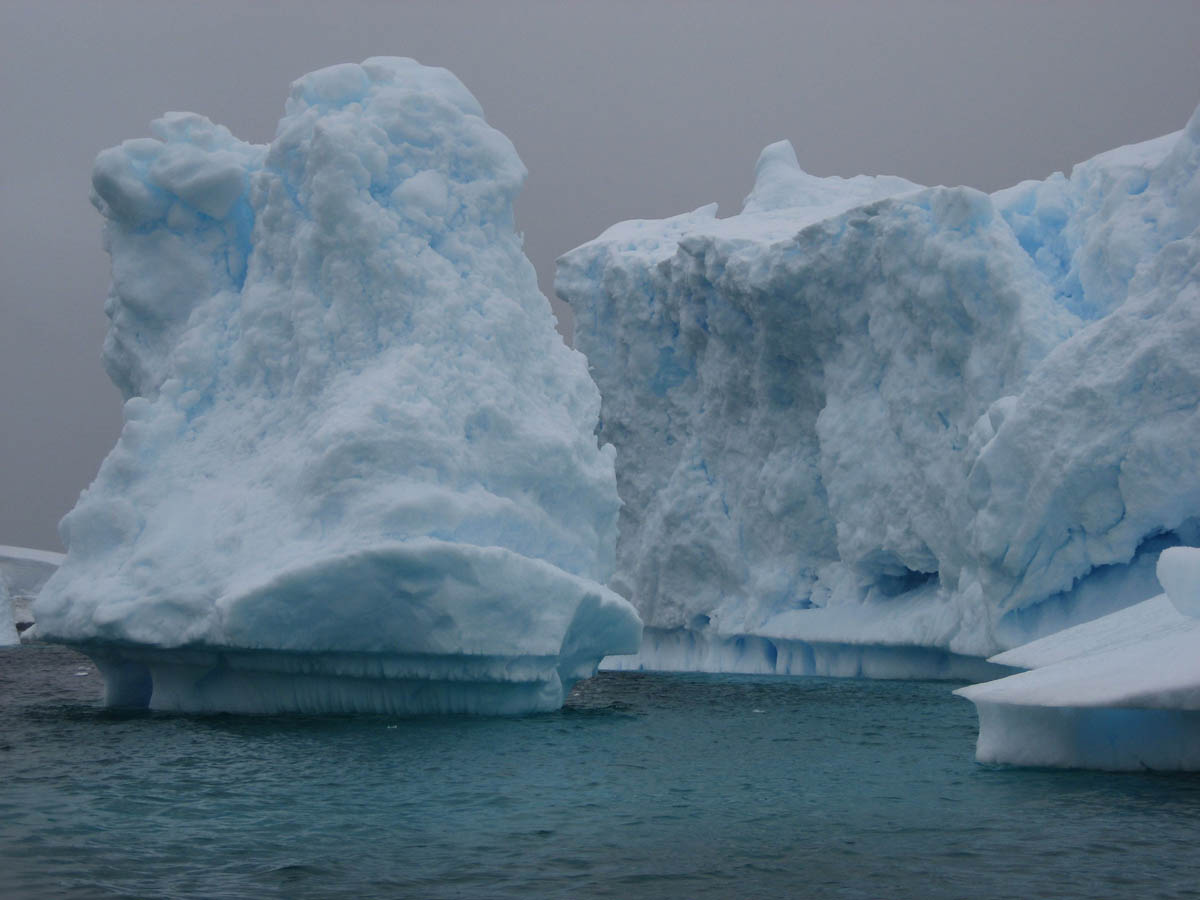 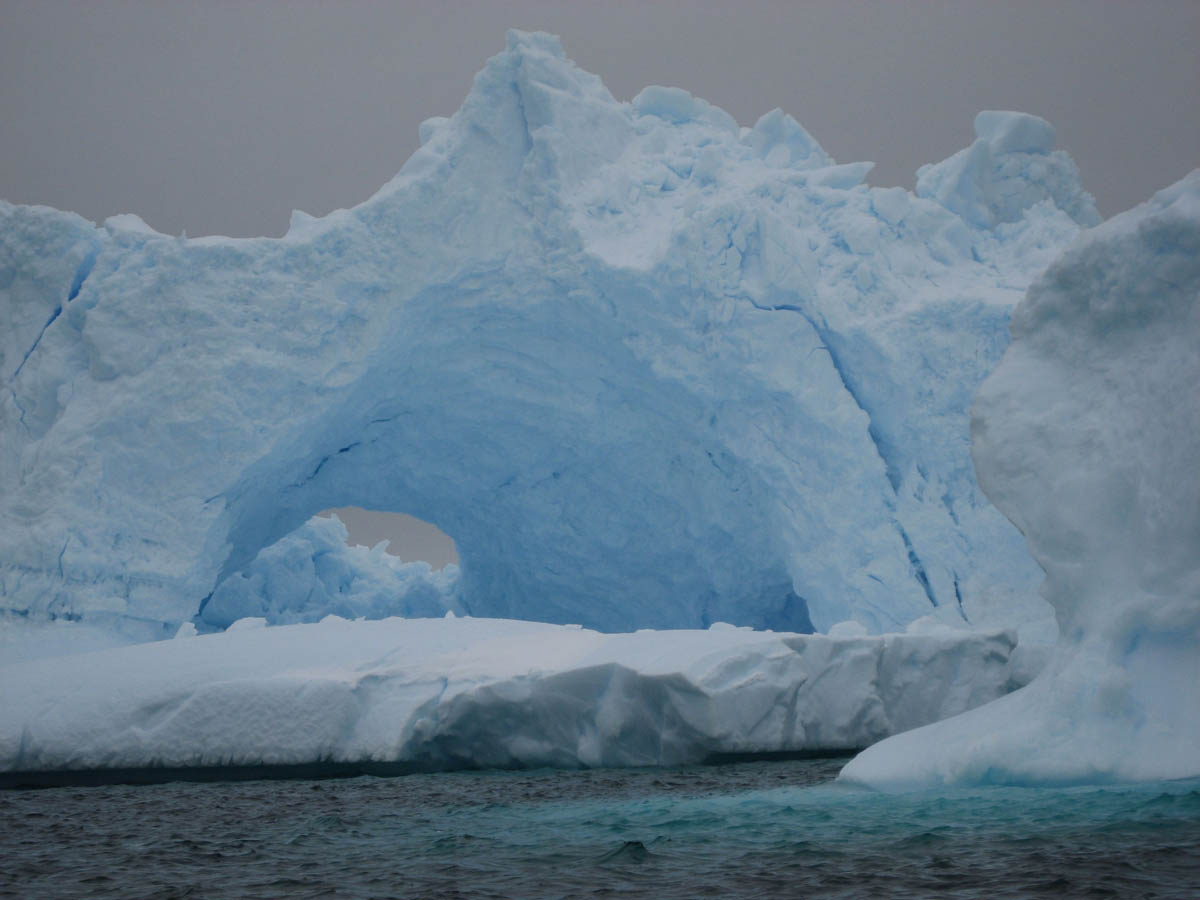 As we neared the the Polar Circle, attention turned more toward the ice than the wildlife, as the Captain and his crew paced the floor like expectant fathers, monitoring the instruments as well as the outdoor conditions vigilantly.   While navigating one particularly narrow passage, the Bridge was closed temporarily to visitors. 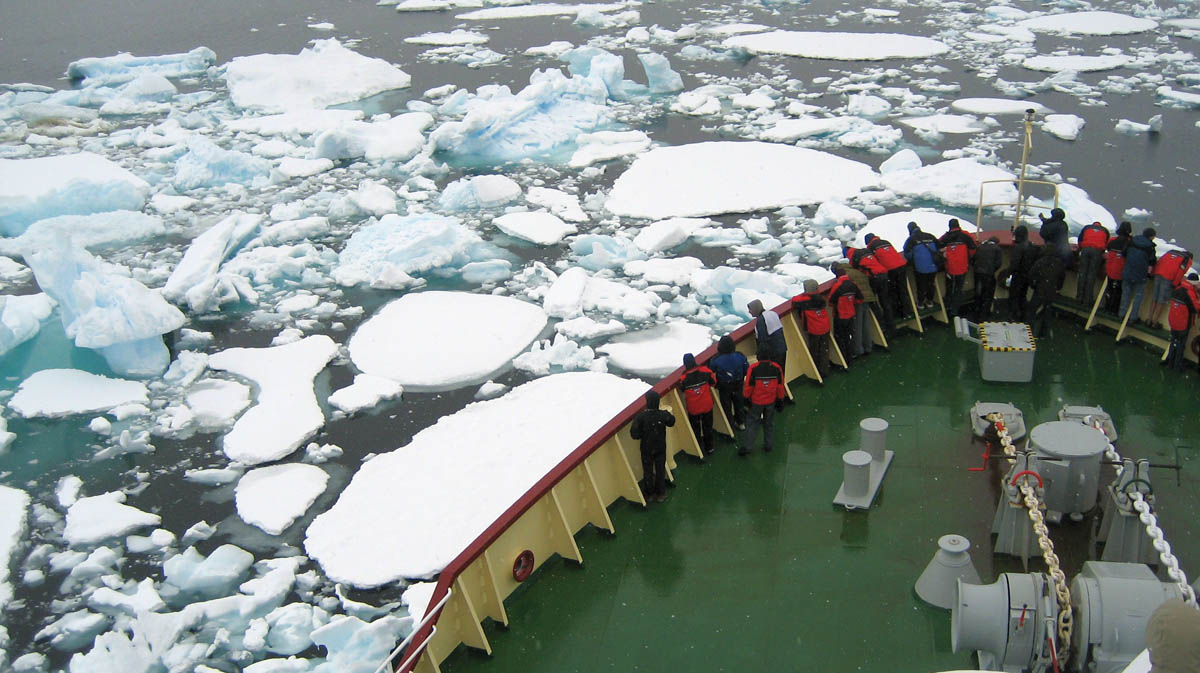 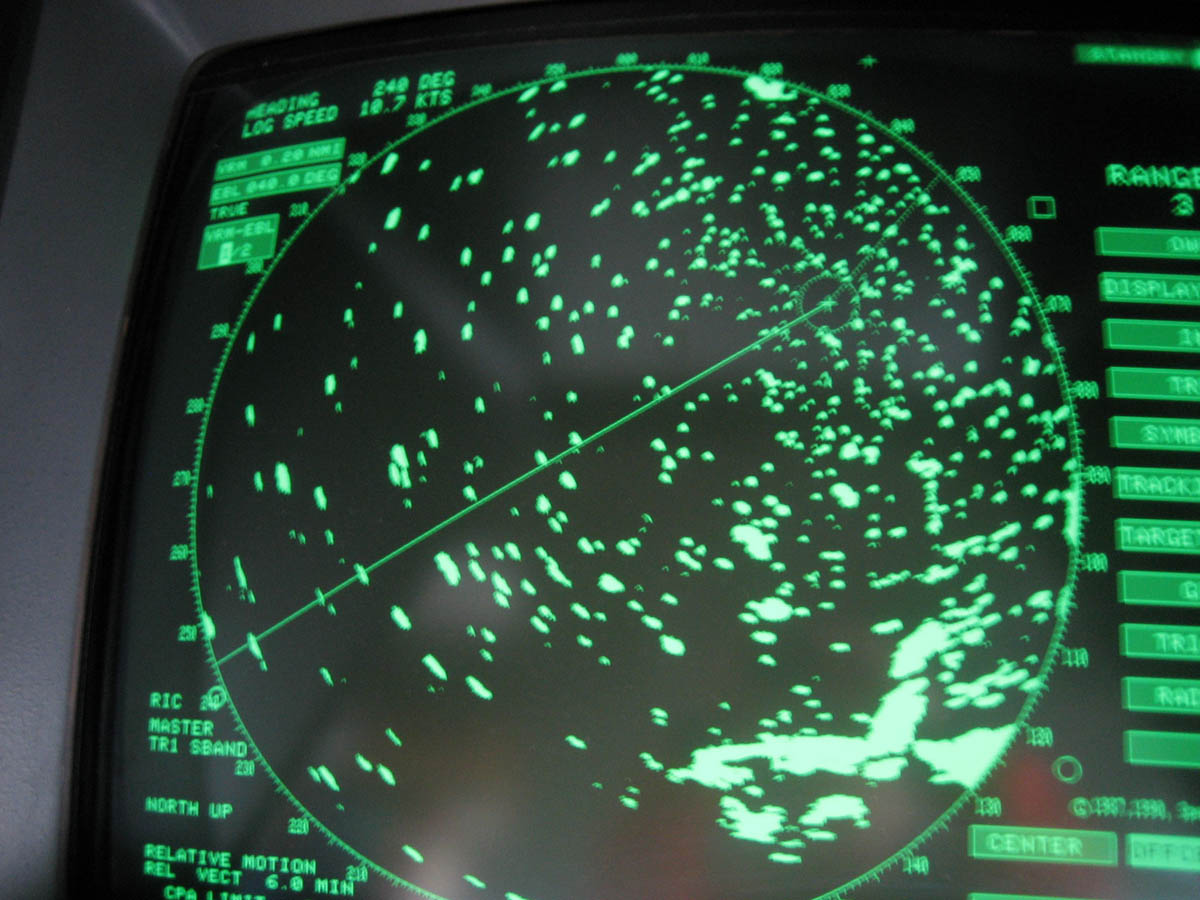 Icebergs on the radar… 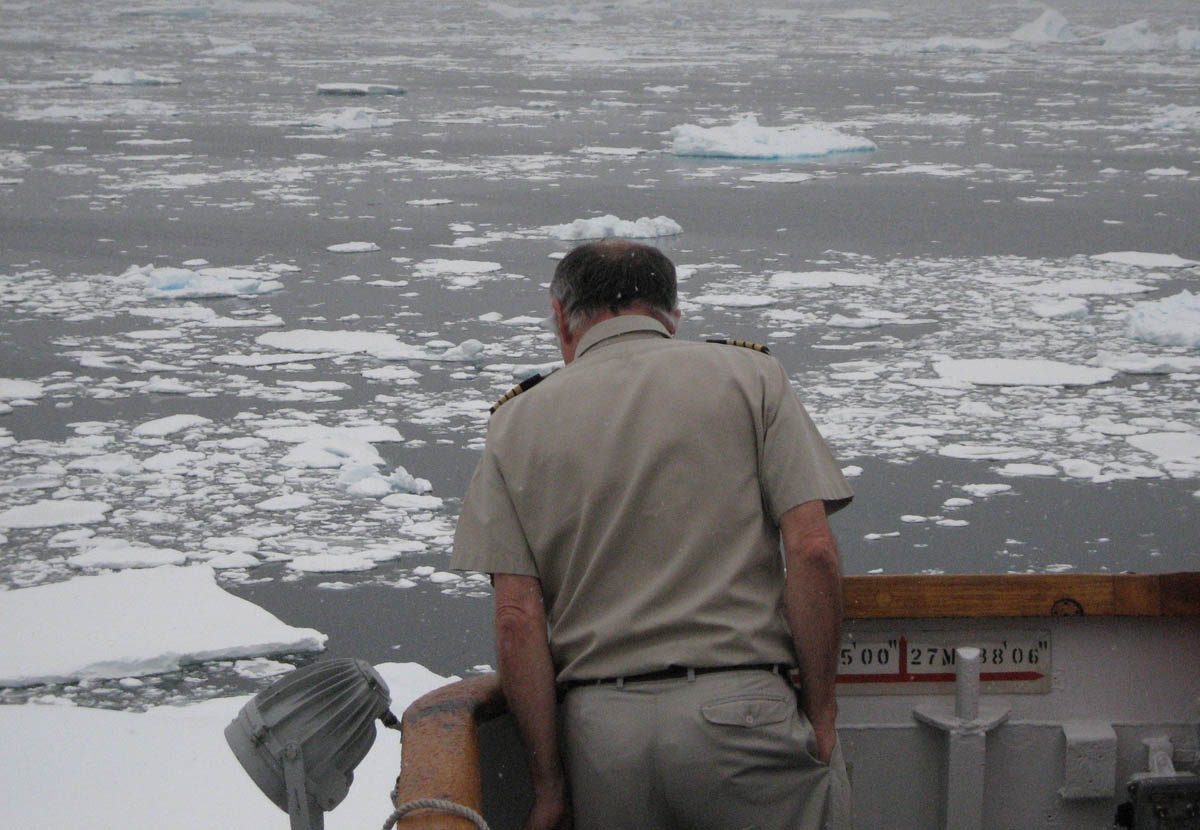 Captain comes out for a closer look.

After most zodiac landings, we would take a zodiac cruise, putt-putting through the ice fields on our way back to the ship. I was mesmerized at the magnitude and sheer stark beauty of the ice sculptures. They are as big as an apartment building, and had been sculpted by the wind and weather to resemble monuments in ice — the more dense the ice, the deeper the colors of blue. 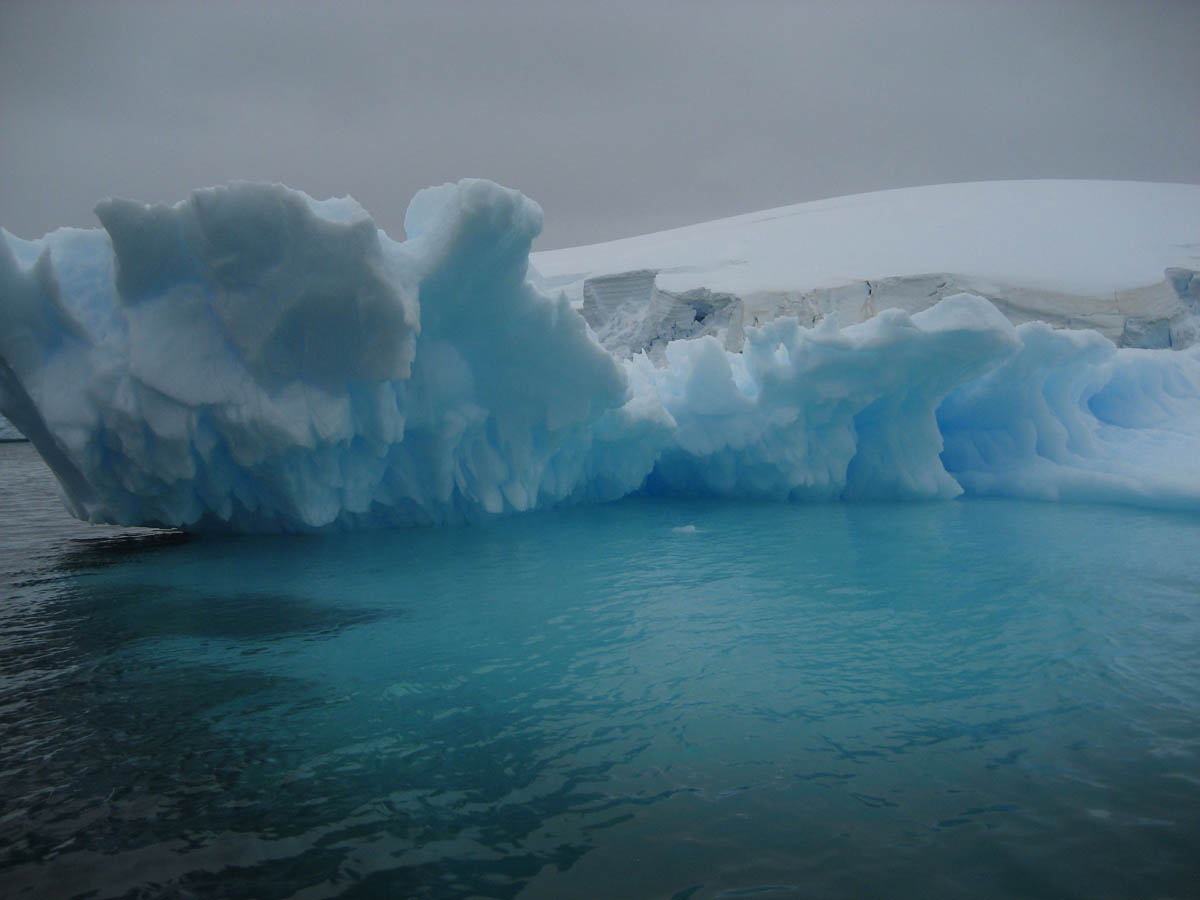 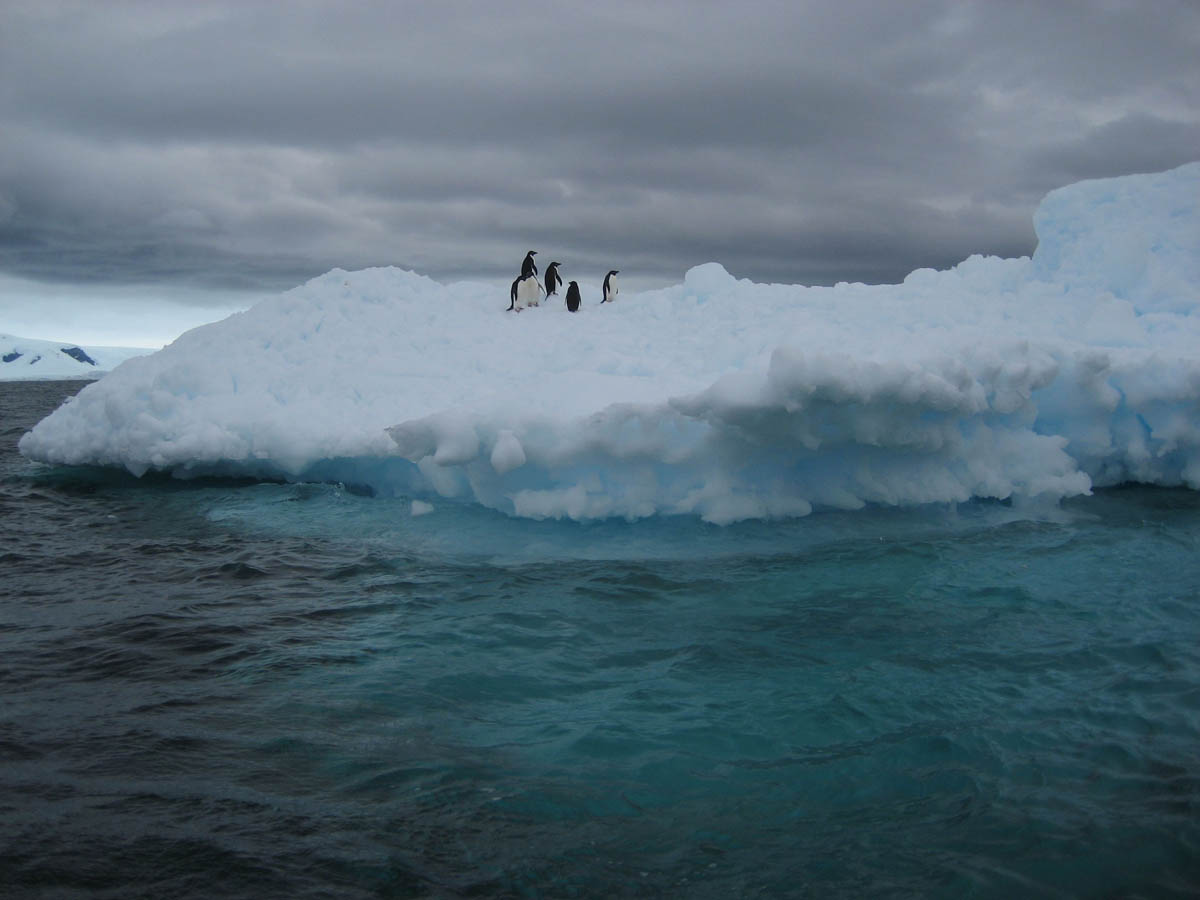 On one of our zodiac cruises, we were in a confined area photographing some of the blue ice caves when one of the larger icebergs calved. Our zodiac driver gunned the engine and sped out of there before we even realized what was happening.  The entire thing began to roll in our direction like a giant house rolling over. Once out in the open water, we watched as it rocked back and forth. With up to 90% being underwater, the calving had changed the center of gravity causing it to rock for 15 minutes trying to re-balance, creating some pretty big waves. Once back on the ship, our zodiac driver was cautioned, “This is why you never get close to them!” I learned a new respect for the ice on this day… 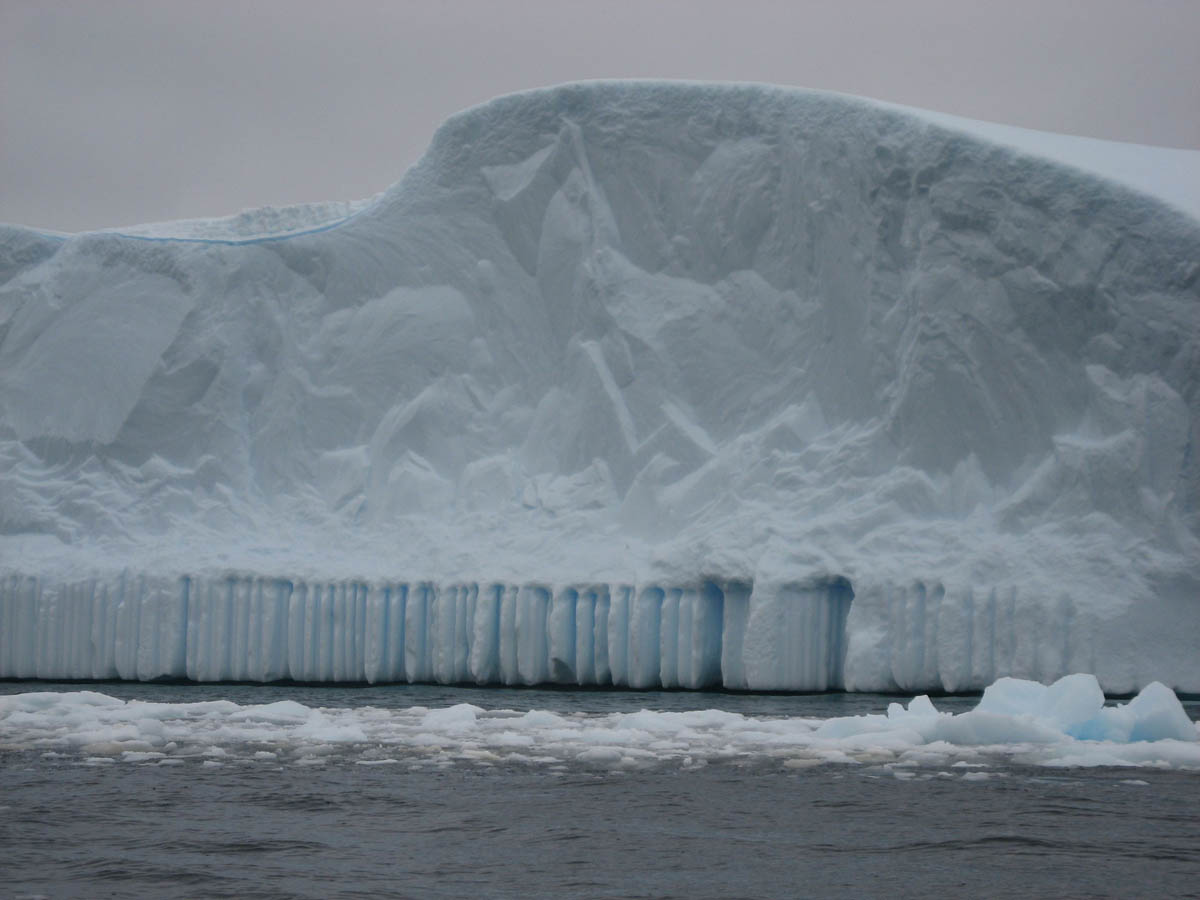 The iceberg before calving, or splitting in half. 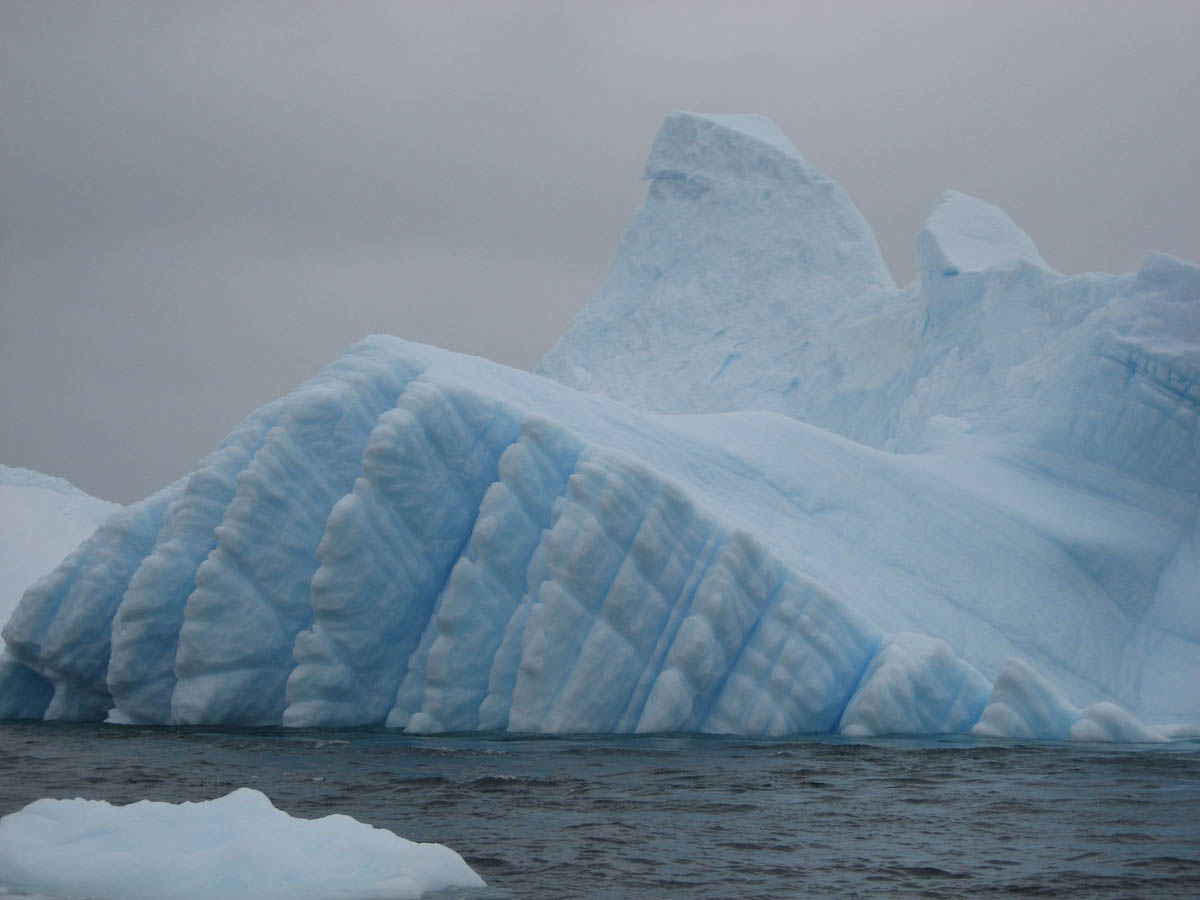 The same iceberg, now rocking back and forth like Dorothy’s house in the Wizard of Oz!

Another aspect I had not expected was how mountainous the peninsula would be. Every cove where we landed was surrounded by a panorama of dramatic white and black jagged peaks covered in pristine snow-scapes. Since there was no vegetation, the black and white contrast and vast views gave the feeling of quiet desolation. 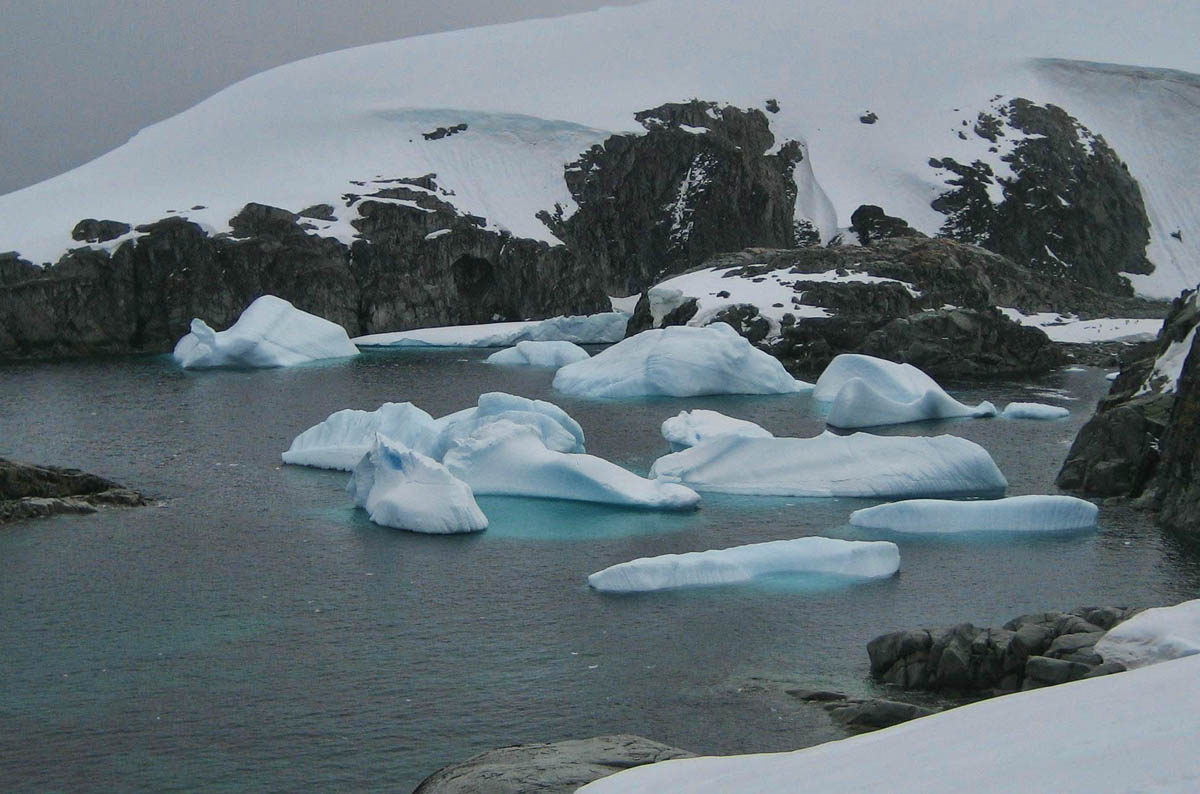 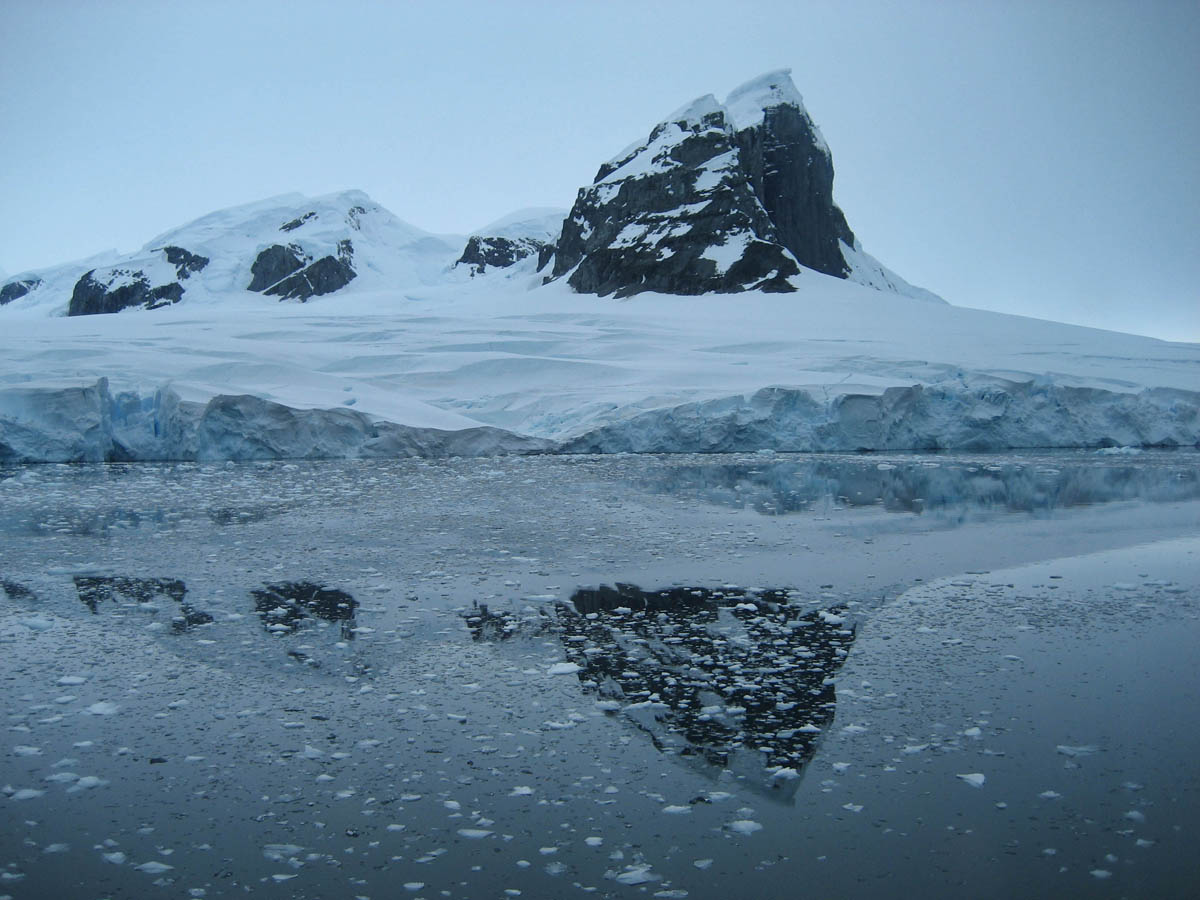