During my visit to Cumberland Island National Park last year, I came upon a sight that stopped me cold in my tracks — a white deer.   It was just after sunset as I was hiking through the ethereal windswept maritime forest up in the inner dunes on my way back out to the beach.   I was all alone, the sky was swirled with pink and lavender wisps from the setting sun, when out of the dark green thicket emerged this stark white creature that jolted me to a stand still.  I could not believe my eyes, as I had never heard of a “white deer” before.  Of course, I could not get my camera out fast enough, so I stood there motionless, staring at it until it darted off as quickly as it appeared.   It just seemed magical, and I wondered if my eyes had been playing tricks on me.

The next day, I asked the Park Ranger if I had really seen what I thought I had seen.   He assured me that yes, it was a white deer – not an albino, but a rare breed of the white tailed deer with a recessive gene that made the entire coat white.  He said there were actually three of them on the island.

So this past week, I got to go back to one of my all time favorite escapes, Sea Camp on Cumberland Island for a few days of camping.  But this time, I came prepared for some “deer hunting” — more like deer STALKING!   I set my intentions on seeing the deer again, so I hiked up to the northern end of the island in the late afternoon two days in a row to stalk the white deer.   Both evenings, I was lucky enough to see it grazing in the distance.  It was still elusive, always keeping me at a distance regardless of how many “safe vibes” I tried to emit.   But this time, I was prepared — with my camera aimed and ready.

Given the distance and low light, I was never able to capture a decent photograph.   But at least it’s enough to reassure me that no matter how magical it appeared, I wasn’t dreaming….. 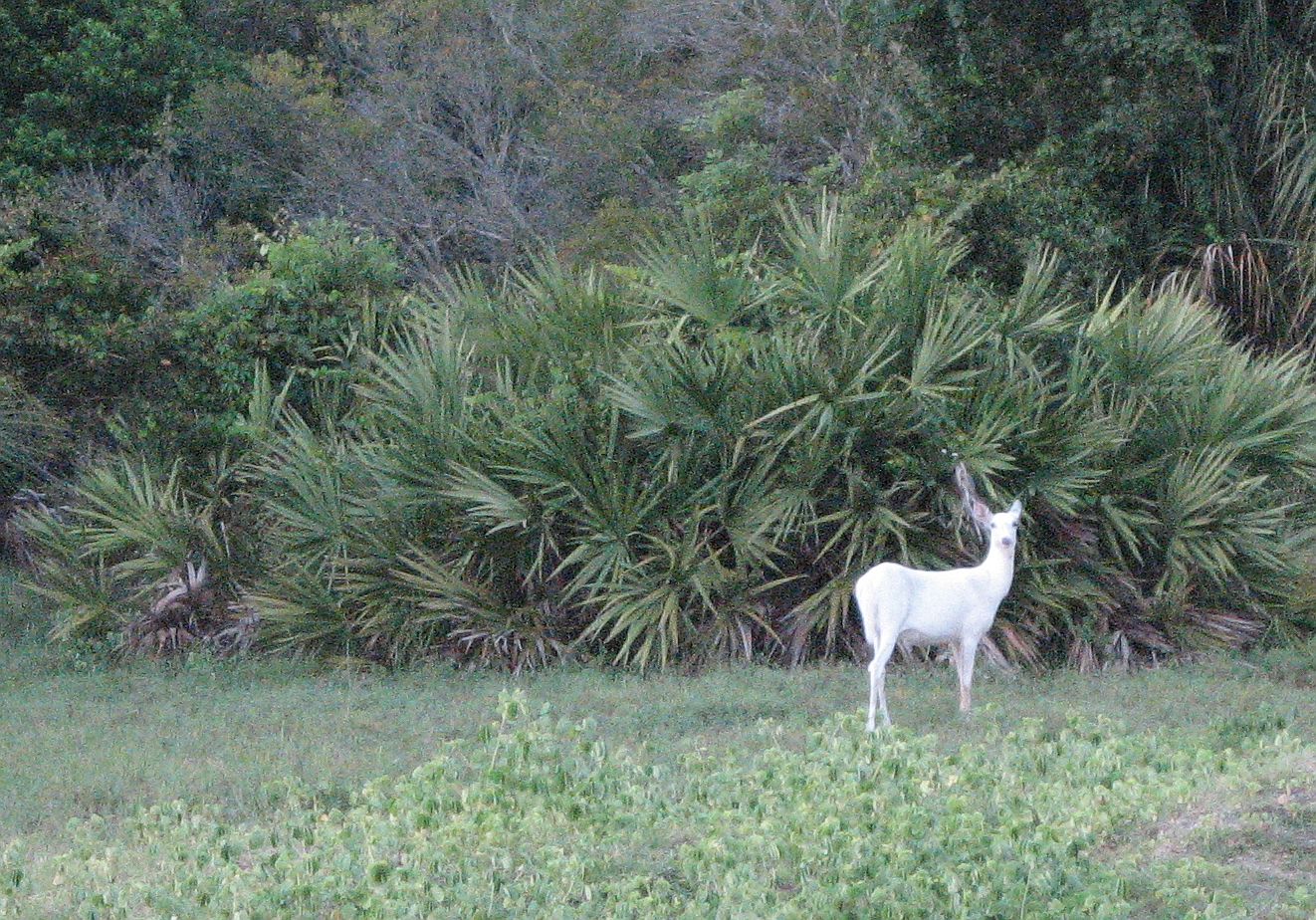