After ten years of living in New York, I still miss it so badly it hurts sometimes.  I have to remind myself that I was ready to go when September 11th happened. I had reached critical mass with the insane pace, the bleak, dark snowy winters, and the crowds on the daily commute. Or so I thought. I was cooking up an escape plan when the crazy terrorists planned it for me. But I would go back in a New York minute…..in spite of the $19.00 grilled cheese sandwich! 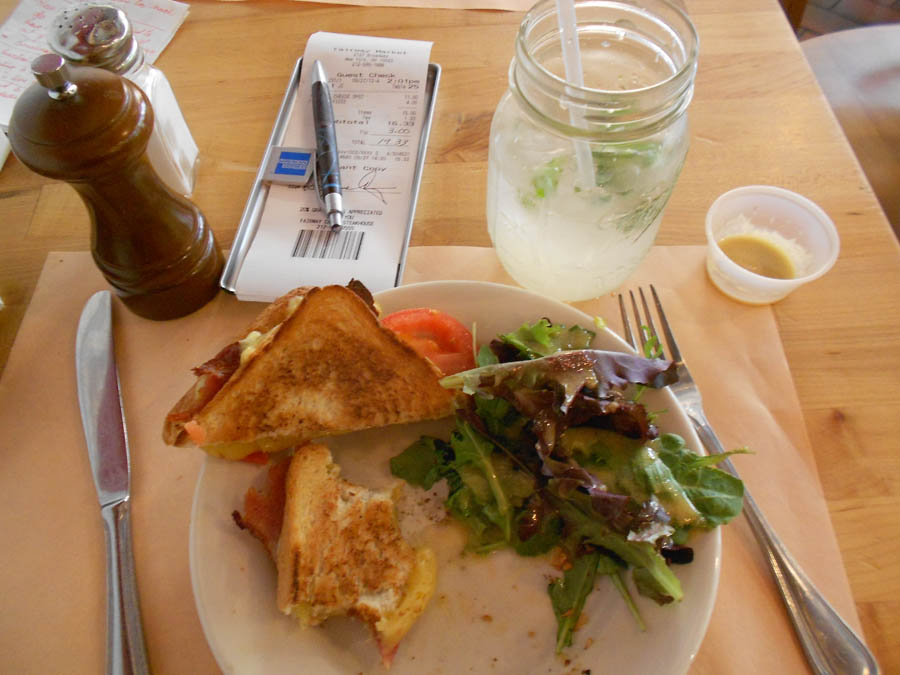 Friends ask me, “What exactly is it you miss about New York?” I always get a double take when I answer “The beach!” New York has some of the most beautiful beaches in the world, all accessible by just a 90 minute train ride. Tack on a half hour ferry ride if you really want to feel like you got away for the day.

And oh, the ethnic food!  You just can’t beat going out any night of the week and feasting on a different regional cuisine from Tibetan to Turkish, Moroccan to Sri Lankan, Pakistani to the famous New York pizza pie! 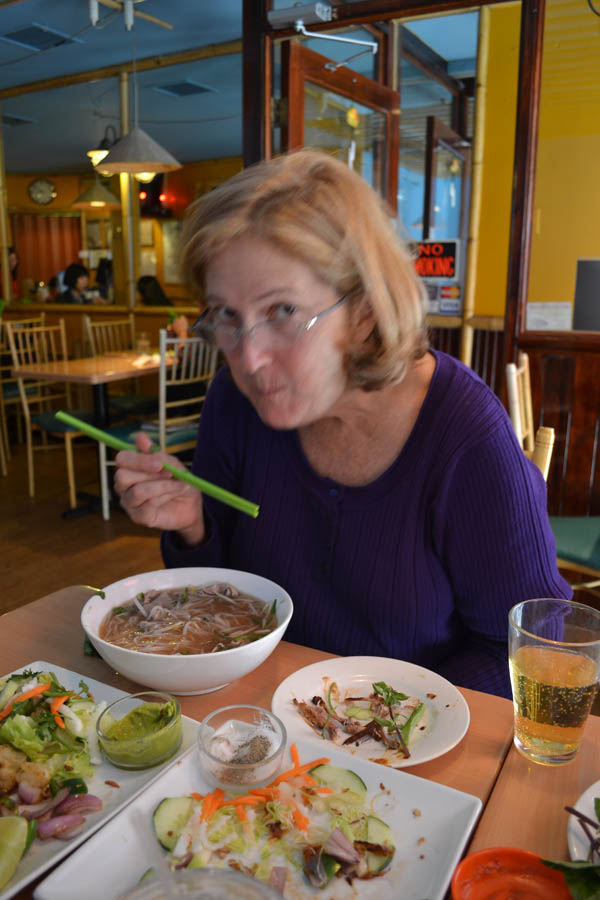 I had the serendipitous good fortune recently to receive an offer from “a friend of a friend” to come stay in her Upper West Side apartment while she was house sitting upstate. When I lived in Manhattan 10 years ago, the Upper West Side was considered “emerging.” Since then, it has emerged right on past trendy to downright pedestrian. It is darned near impossible to walk an entire block without meeting a deluxe model baby carriage or pram. Now all the hot spots have moved in. Three blocks to the express train will take you most anywhere you want to go in 20 minutes, door to door.

A lot has changed about New York since I lived here 10 years ago. It is a little cleaner, a little “greener.” There are huge potted plants growing everywhere! And my old “hood,” Union Square, is now “Union Square PARK,” with chairs and benches no longer just for sleeping. 😉 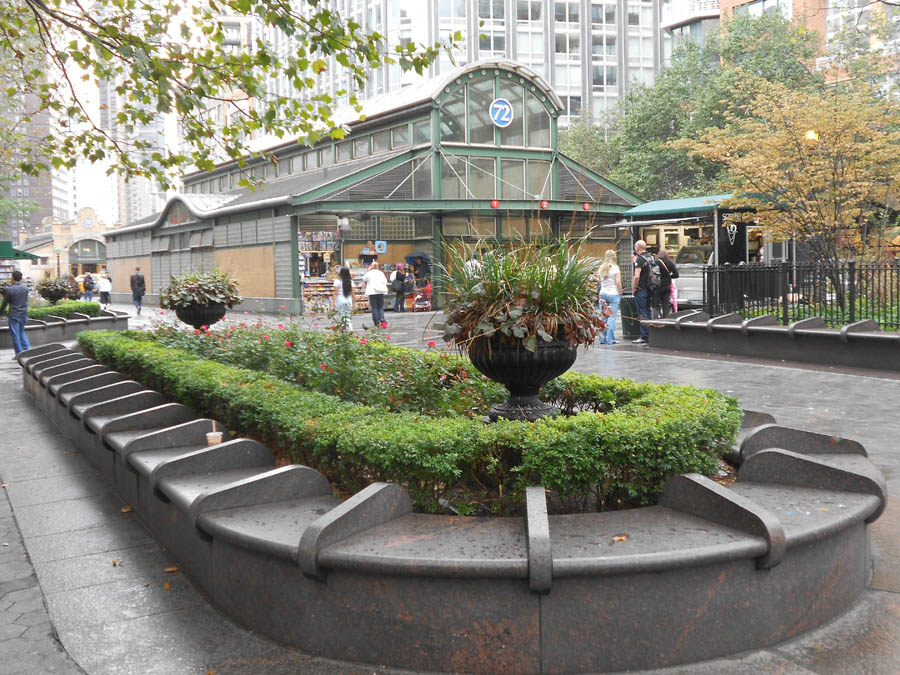 But the biggest change I noticed is that New Yorkers no longer have to make an effort to avoid eye contact. They now have a reason — smart phones! One of the things I used to marvel about Manhattan rush hour was how everyone moved in perfect synchronization at such fast speeds, yet the sidewalk traffic flowed as smoothly as an HOV lane on a metropolitan interstate. Now, as soon as someone’s text buzzer goes off, they just stop where they are to check the message, and people behind them splinter like a 10 car pile-up! One woman was actually walking down the street with a plastic bag on her head (from the rain) with her cell phone underneath, typing while running people off the sidewalk. As much as I love and miss NY, I am not sure I could live here again amid the hypnotized smart phone zombies!

But just about the time I would decide “you can’t go home again,” a rush of familiarity would come over me.  The feel of the vibrations from the subway rushing over me, the smell of the “duhty wahtah dawgs,” the sound of the blaring horns of the yellow cabs, and it was like I never left.  It did indeed feel good to be “home” again… 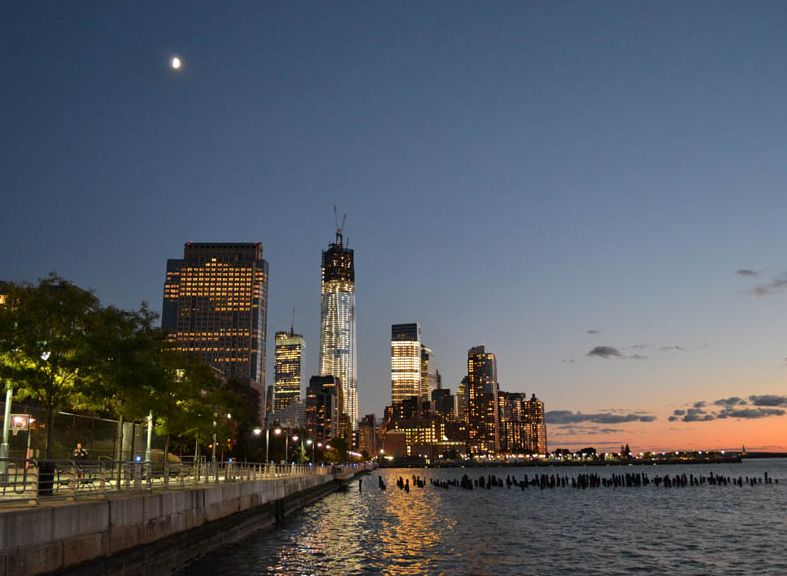 Here are a few of my favorite things about New York:

The skyline. I used to say if I ever got tired of this view, it was time to go. It still thrills me to tears… 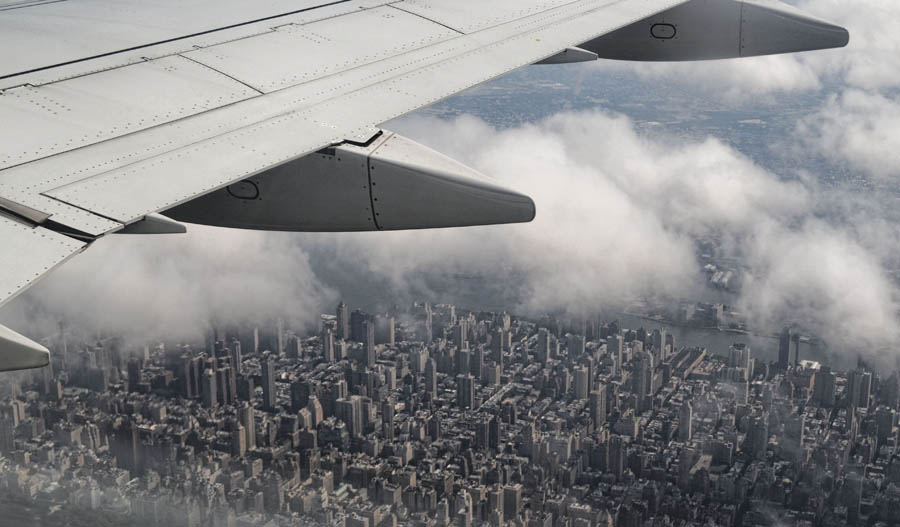 Living and working in a tourist attraction — going about a typical routine of a daily commute, while hearing three different languages spoken on the elevator. 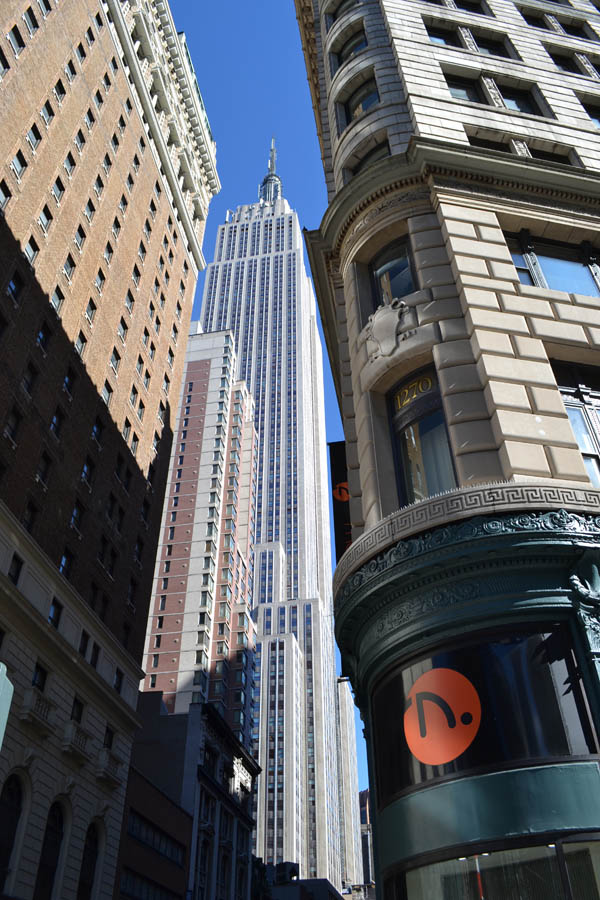 Taverns!  Real, honest to goodness, authentic ale houses, watering holes, gathering places for 150 years where notorious characters propped their elbows on the same weathered bar that should rightfully earn a place on the National Register. 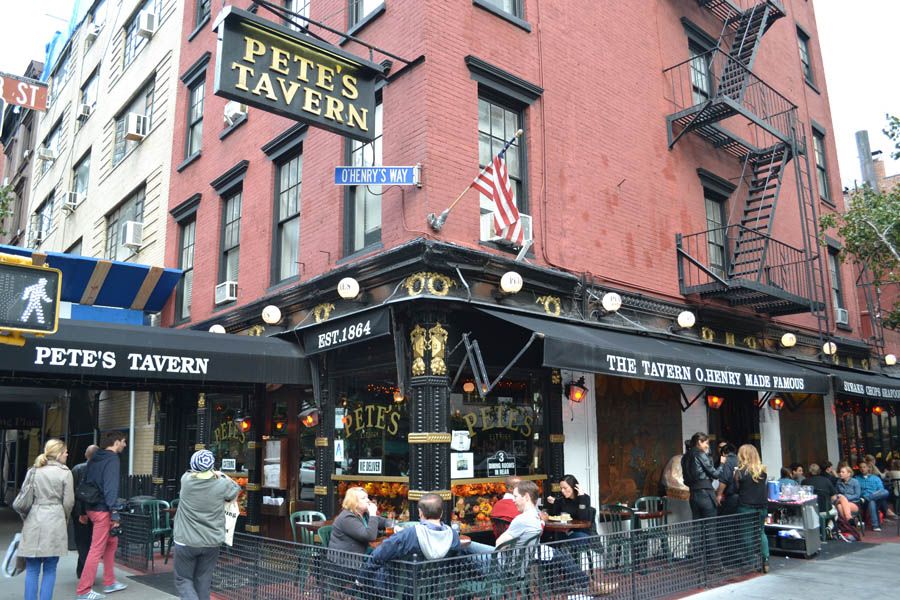 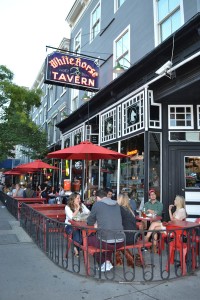 Characters, as only New York can attract them…. 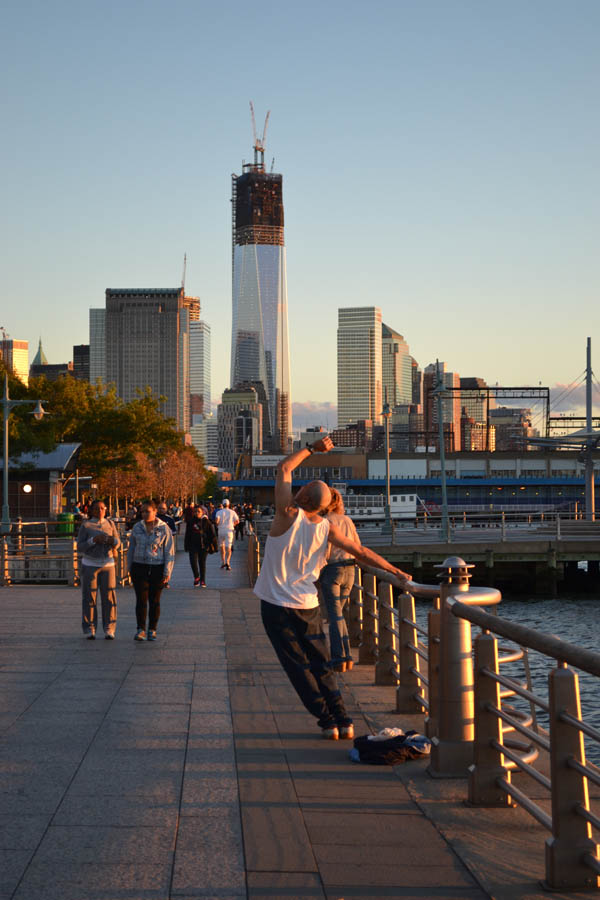 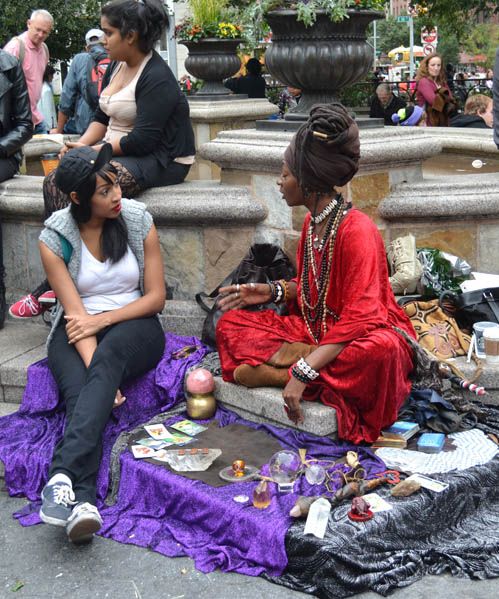 The beauty, symmetry, and syncopation of mass transit… 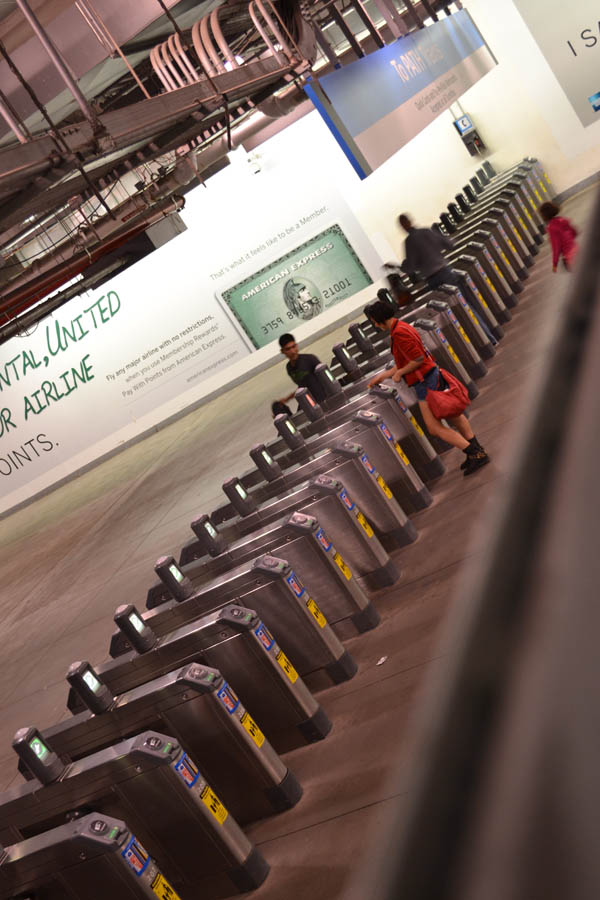 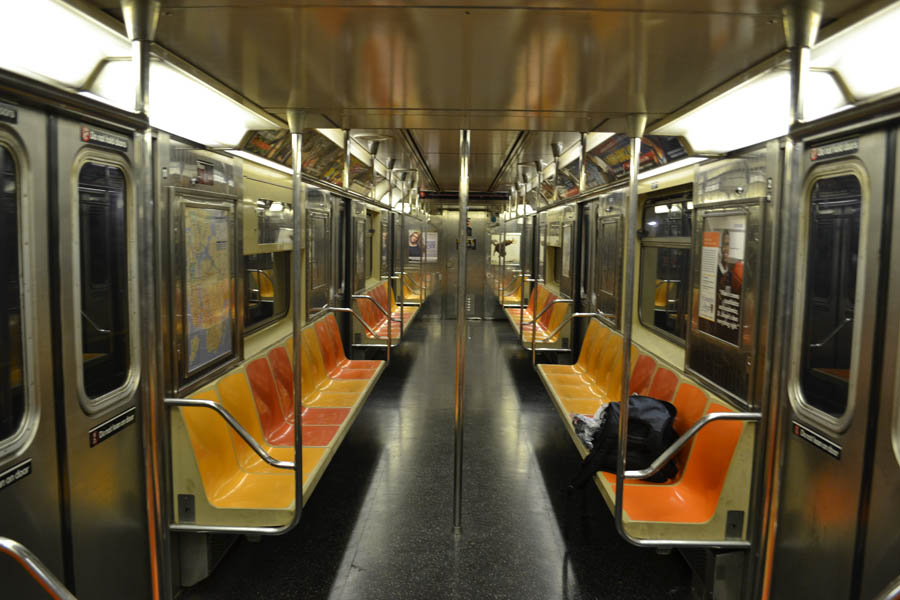 Street festivals. The Grand Daddy of all of these is the Feast of San Gennaro in Little Italy. I was fortunate enough to arrive on the last weekend, just in time for a sausage sandwich with peppers and onions, a half a dozen baked clams, topped off with The Holy Cannoli. 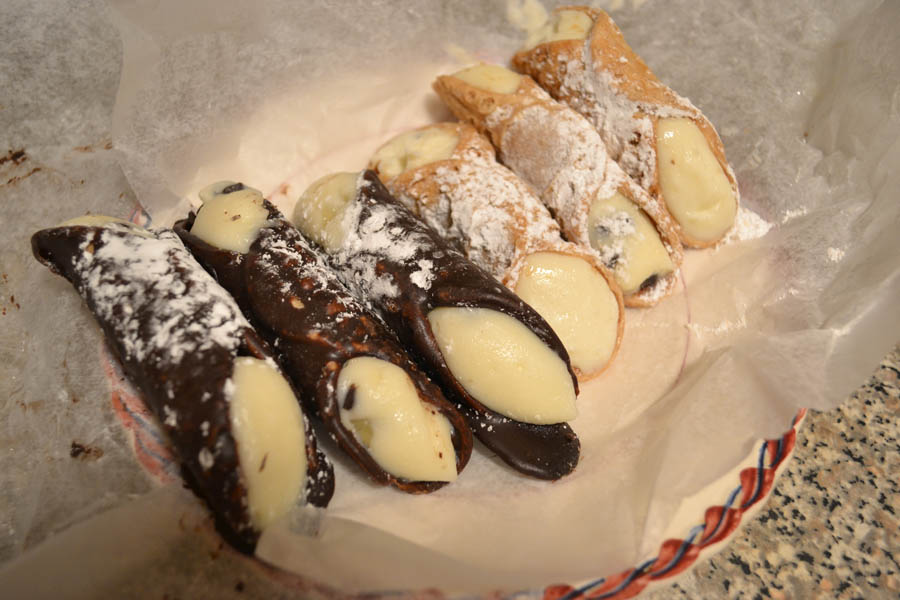 Buskers….in the subway, on the street corners, in Central Park playing violins, cellos, steel drums, trash can lids. You name it. My favorite by far is that guitar man who stands at the bottom of the hill singing all my favorites from my youth…James Taylor, Cat Stevens. When I lived here, I would rollerblade the park loop, then stop for a break, lie on the grass, and bask in the melodies. I was relieved to see he was still strummin’ 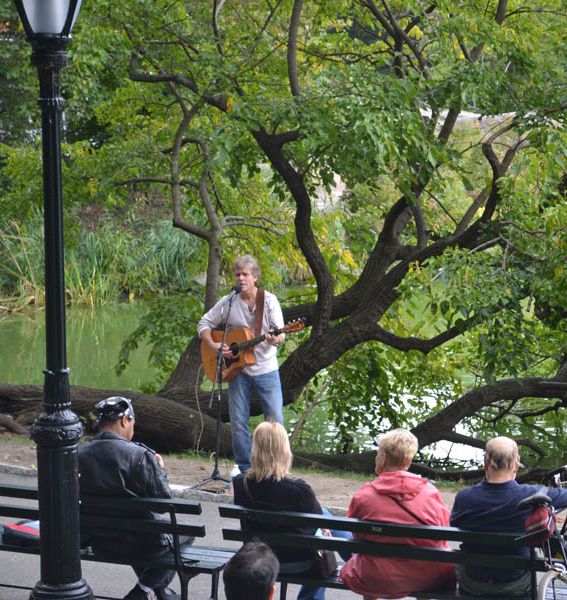 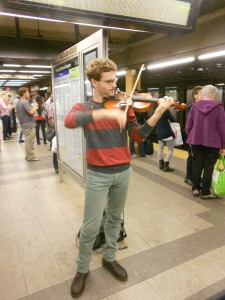 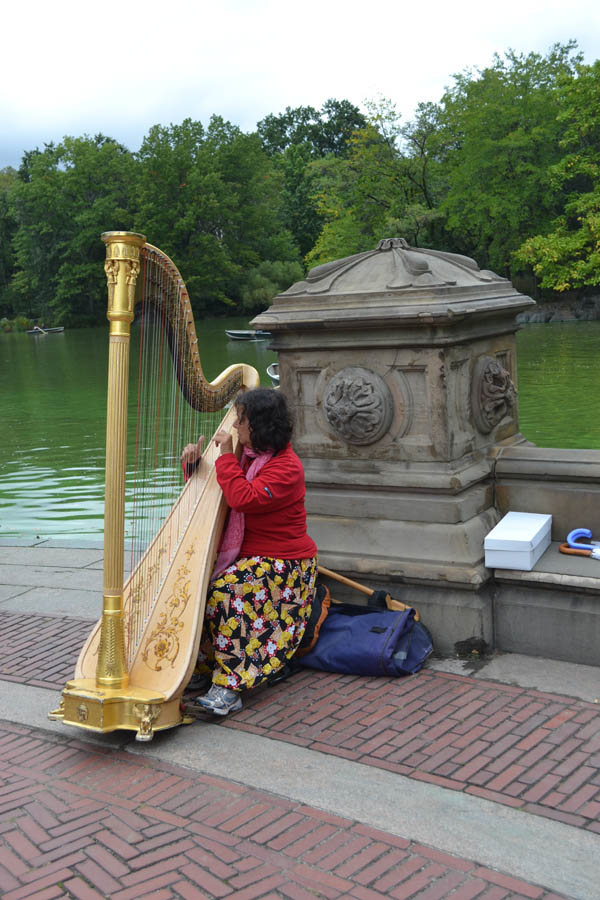 Central Park. The minute you step across Central Park West and walk a few yards into the park, the shift in energy is palpable.  Where else can you bike, walk, skate, row, swing, ride horses, see a polar bear, ride a carousel, ride a horse carriage, pay homage to a Beatle, see a concert, play soccer, a game of chess, sail toy boats, all in 843 acres? 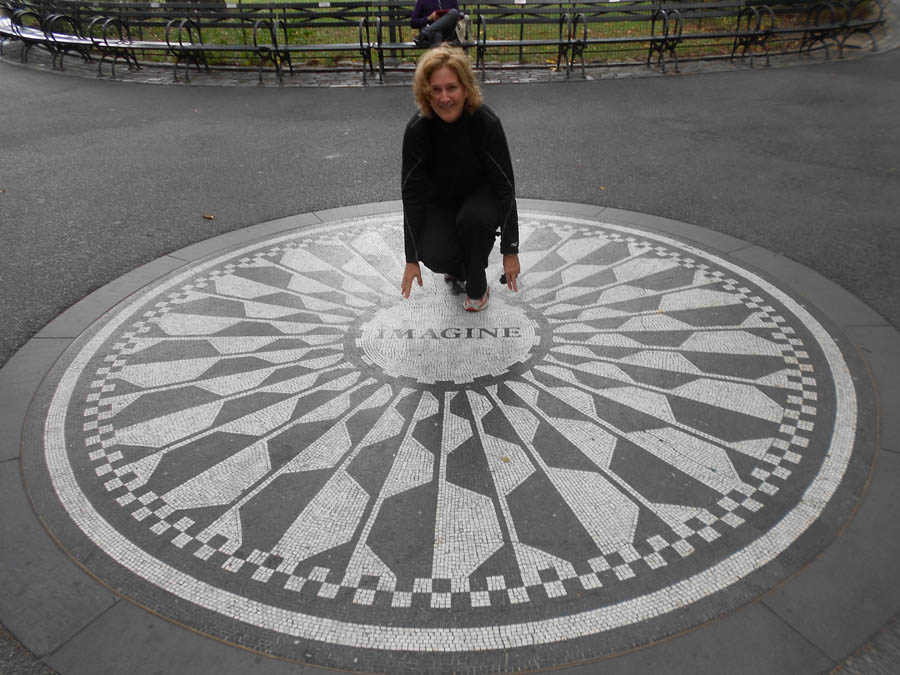