I moved over from the Outer Banks to the mainland as a better vantage point for exploring Cape Lookout National Seashore. I needed to get the 2 ½ hour Cedar Island Ferry behind me, which bridges the 22 mile gap between Ocracoke and Cape Lookout. Thankfully, the ferry was a much calmer ride than the last time, so much in fact that I was overcome by a case of the “sleepies,” so I left the observation deck to go take a nap. Let me just say what a strange experience it is to lie down in the same bed I have been sleeping in for the last five months, only now instead of other RV rigs, there are SHIPS moving alongside me! 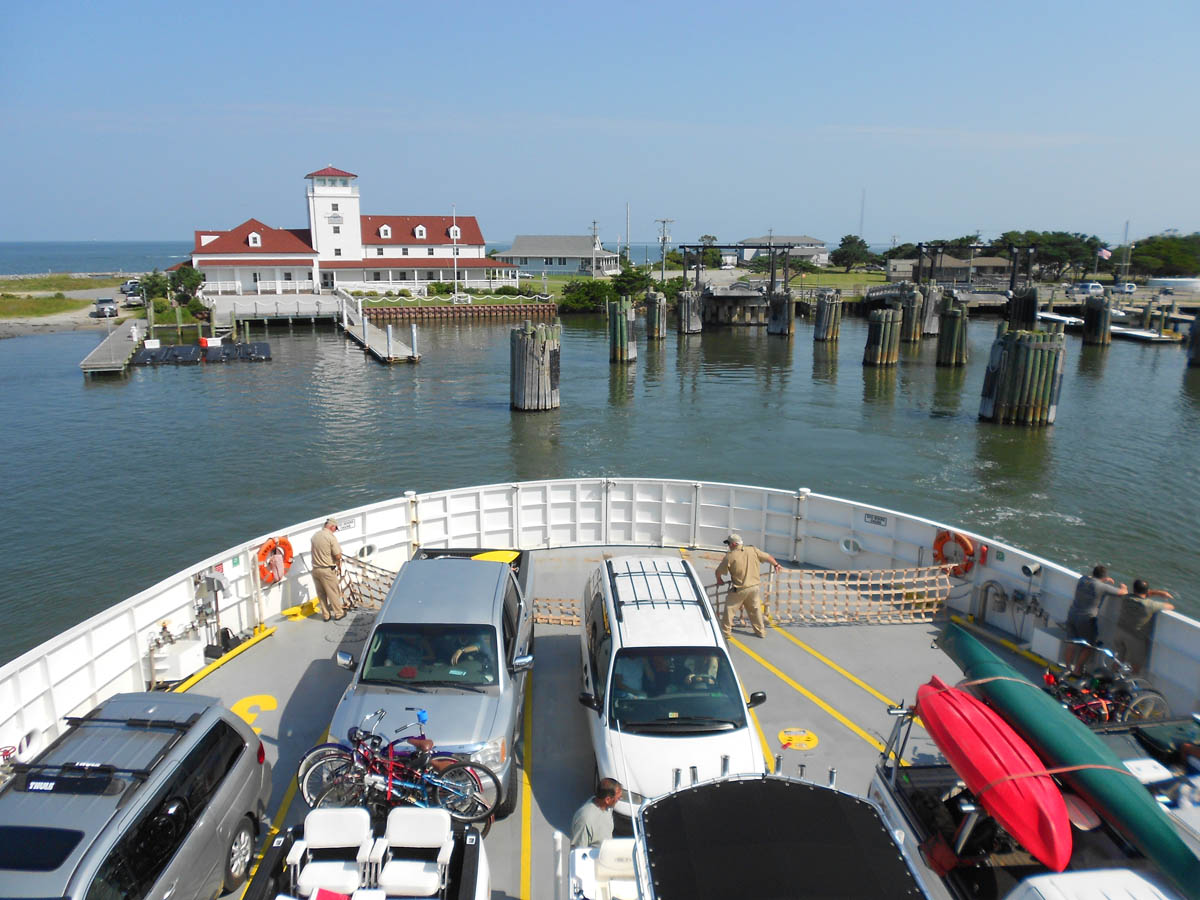 So long, Ocracoke! I WILL be back!

My plan was to find a “home base” while I visited some of the Crystal Coast of North Carolina, so I booked a couple of weeks at the Water’s Edge RV Park. It has to rank as yet another bizarre place I have stayed on this odyssey. Everything looks completely FAKE, like the signpost up ahead reads “The Twilight Zone.” 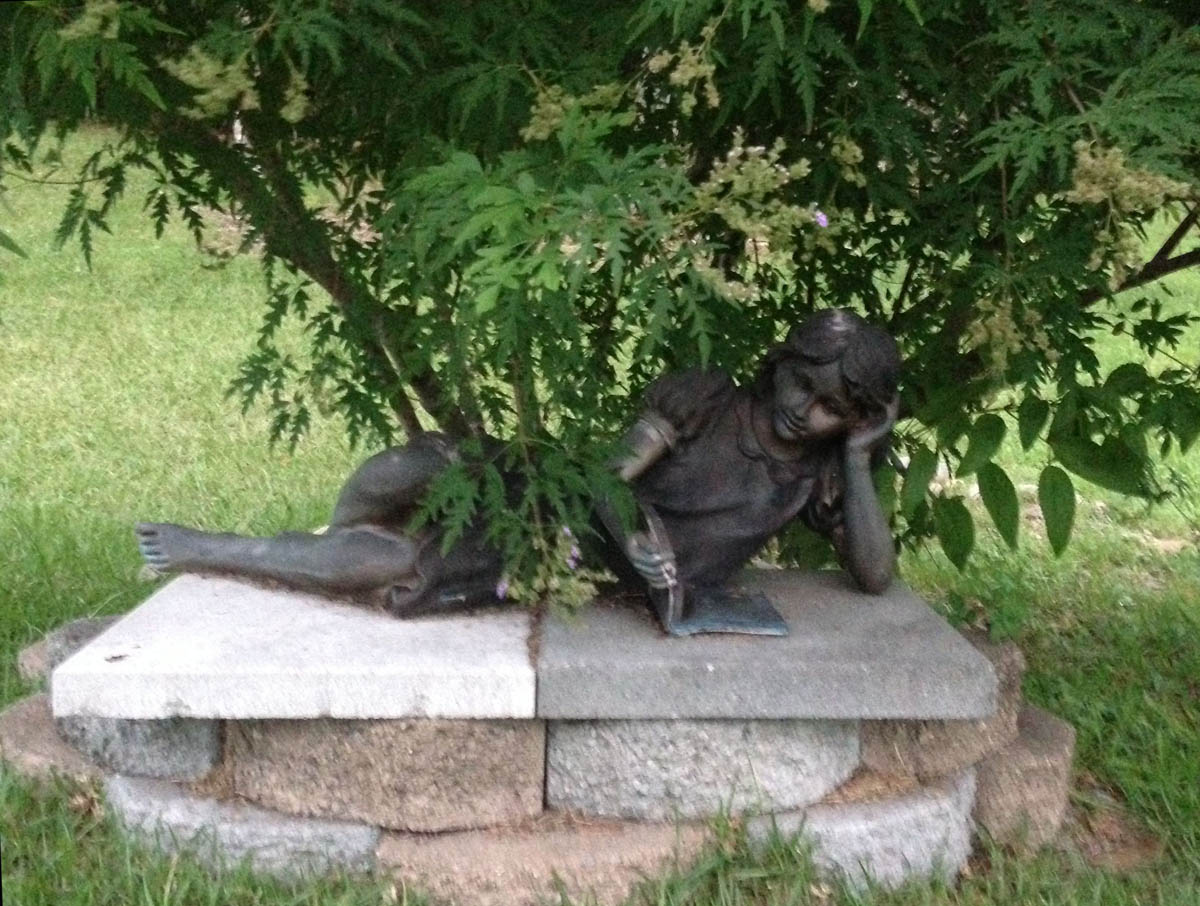 Remember the episode where the guy realizes something is amiss when he keeps seeing the same conductor wave? Turns out he has been reduced to a passenger on a toy train set going round and round? Well, I have been here for eight days now, and have only seen 3 people – and they are the same three people, always doing the exact same thing when I pass by. Same wave. 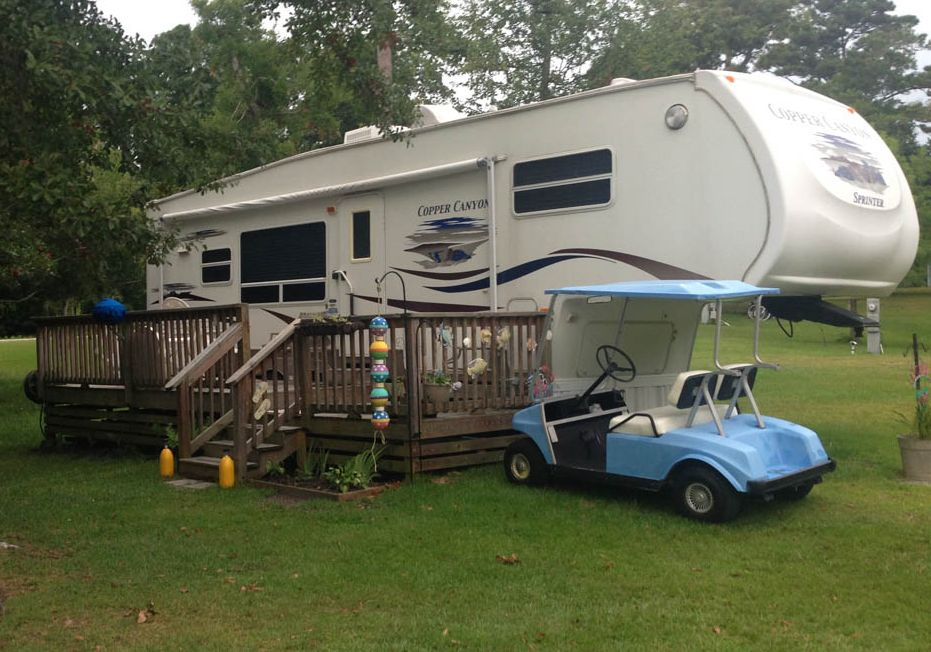 This is a “seasonal” park (“vinyl underpinning required!”) Turns out all but a very few rigs are permanent, used as weekend homes during peak fishing seasons in the spring and fall. Summer is the dead zone. But it was the closest spot with hookups and coverage where I could park the Winnie for work while I did some short trips over to the Cape. 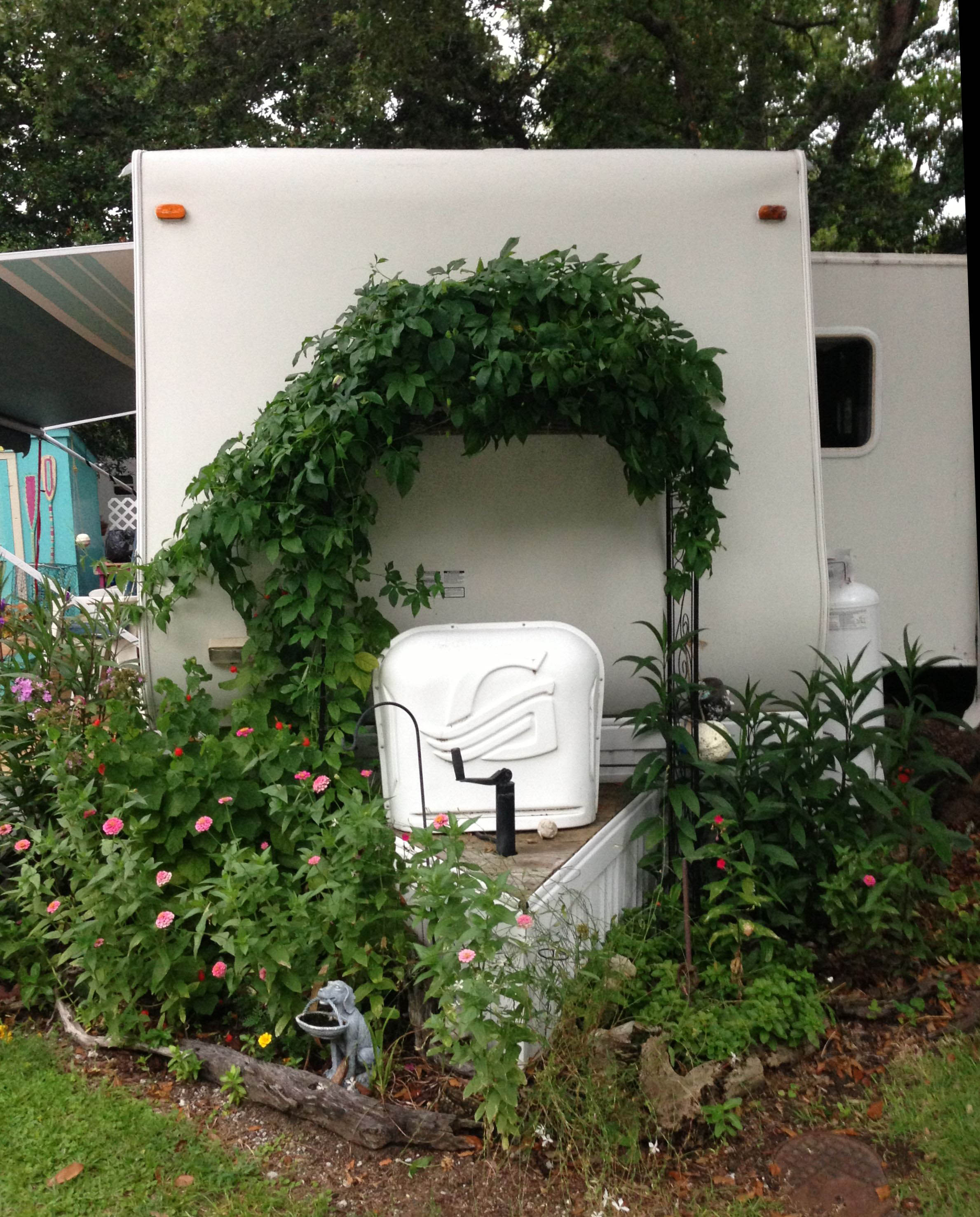 While I was touring Cape Hatteras, the Park Ranger told me about a group of primitive cabins over on the National Seashore. Anyone who knows me understands what a trance those 3 words , primitive, cabin, and beach can put me under. He said it was “a good place to get away from it all….” Though I am not sure what I am “getting away from” here on the abandoned Twilight Zone film lot! 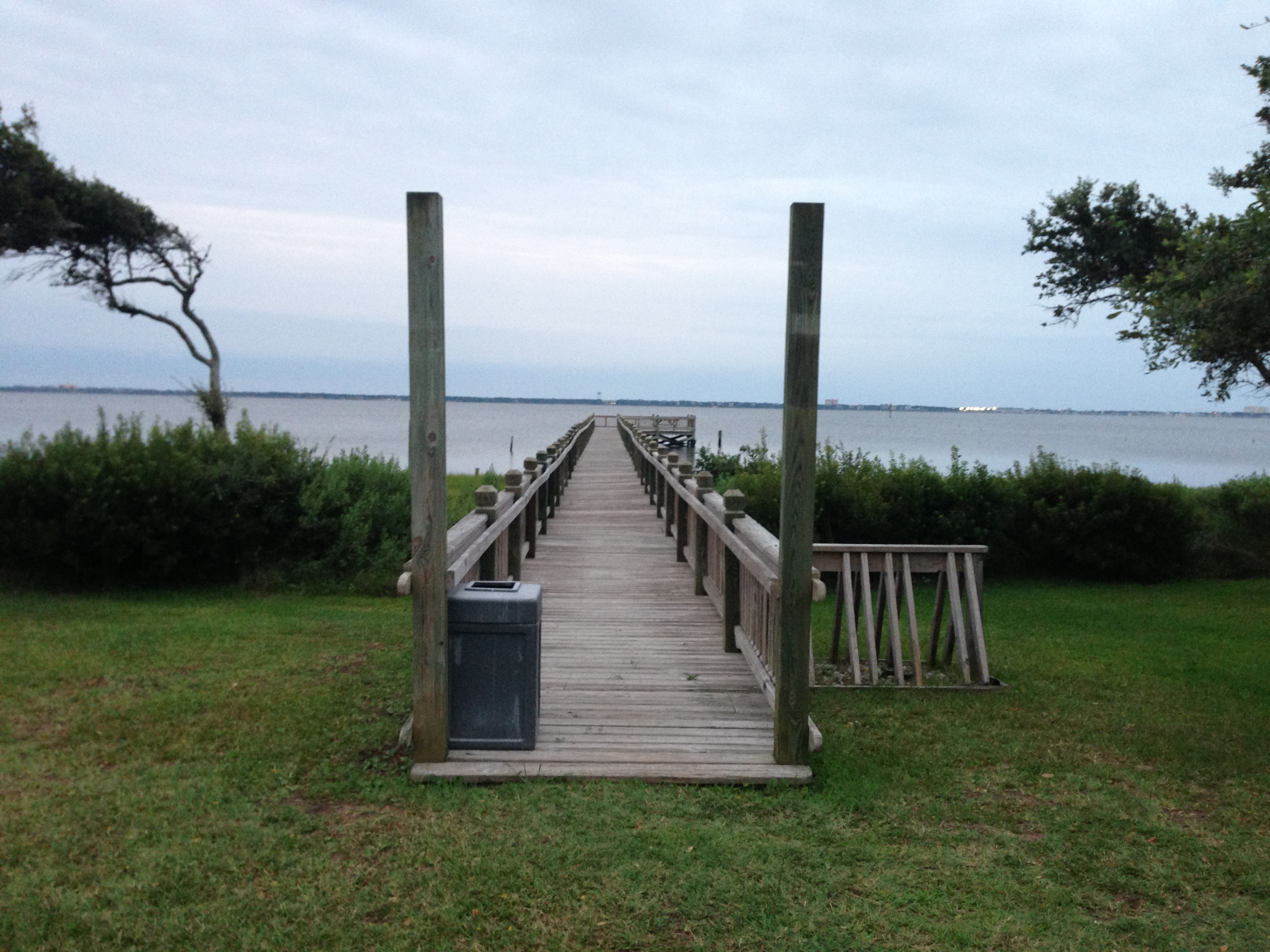 The NPS Rangers are heavily into a new topic, “Light pollution” and how it impacts our world, particularly things like turtles and birds which rely on light to navigate, procreate, etc. So while I was on the Outer Banks, I attended two of their “Nightlife at the Beach” guided talks where they take everyone for a walk on the beach with no flashlights, and talk about how we as a society “over illuminate” due mostly to fear of darkness rather than actual need. They talked of ways of minimizing light pollution through use of more focused street lamps, motion sensors, and just general awareness and desire to save the night skies. As a prime nesting area for the loggerhead turtle, the Outer Banks is starting to suffer from the “sky glow” that can alter the natural navigational instincts of nesting turtles.

It was during these talks that they spoke of the cabins on the National Seashore as great places to go stay on the island where you hear only the sounds of the waves, while getting one of the best views of the Milky Way due to the absence of ambient light there. Also, being only accessible by ferry, the beaches are very pristine with lots of seashells.

3 thoughts on “The signpost up ahead reads….”