My brother Don is three years older than me.  We have mutual childhood friends our respective ages, George and his younger brother Fred.  We had a lot in common as kids.  We all grew up on a farm, and Fred and I shared a mutual love of music since “the early years.”    Still to this day, Fred is the only person to whom I can say “They just don’t make music like they used to,” and know he feels my same pain.

It’s the autumn of 1966.  Football season is winding down, while basketball season is in full swing in Small Town Texas.   Camaraderie is fierce during this time of year, with parades, floats, band practice, and giant homecoming mums.    So it doesn’t take long for word to spread among the small town community that there has been an “accident.”

Over the recent years, there have been encounters on their family farm with mutant animals.  For several nights in a row, George tells his Dad he sees lights in the sky following him home, but his Dad dismisses it.

It is Tuesday, two days before Thanksgiving, after a local basketball game.   The boys’ Mom is working the concession stand, and their Dad stays after the game to help her clean up.   George and Fred head home together in George’s Hot Rod ’56 Chevy.

They get to the top the hill between the driveway cut-off and the Lone Star Ranch.  Looking down into the low spot where their house sits, George stops the car at the top of the hill.   He says to Fred, “LOOK!”   Over Lone Star Ranch headquarters are three amber-colored round glowing objects, hovering about 300 feet.   George says to Fred, “THAT IS WHAT I’VE BEEN SEEING!”  Fred is only 12 years old.   He is scared shitless.

George asks, “Do you want to go home, or head back to town?”  (Remember no one is home.  Their parents are still at the game.)   Fred says, “Let’s go home and wait for Dad and Mom.”  They head down the hill and turn into the driveway.  They stop to look back at the objects again.  The one in the center breaks with formation, and starts coming at them.  George backs out of the driveway and hauls ass toward town.

According to Fred, “It was on us immediately, right behind us, about 20 feet off the ground, matching our speed.  The light was disc shaped, about the size of three full-sized cars.  I’m turned around in my seat watching it out the back windshield.”

They race back up the hill towards town.  The bright light is shining in the back of the Chevy.  George drives faster and faster, trying to lose the object when the Chevy loses traction, flips three times, and lands on a fence.  No seatbelts back then, so George and Fred are thrown from the car.  George claims he was not in control of steering, but more likely, he was scared and panicked.  Luckily they flipped into a freshly plowed field.

Fred’s head is split open, bleeding profusely.   George says “LOOK!”  The object rejoins formation, and as the boys watch, it heads south at what appears to be a leisurely speed, then disappears.

The two boys begin walking.  George has minor scrapes, but Fred is literally bleeding to death.   His shirt is soaked with blood, making him feel cold.  George wraps his T-shirt around Fred’s head to try and stop the bleeding.  They start walking for about a quarter mile when their parents spot them.  They stop at the TXI Cement Plant to call the family doctor.   There is no time for anesthesia.  Fred needs his head sewn up now!  He requires thirty stitches, and is hospitalized for five  days.  He never spends another night in his childhood home.  The family moves to a neighboring farm shortly thereafter.

Two months later, Don and I are sitting around the kitchen table having a conversation after our parents have gone to bed, when Don points and says “LOOK!  Did you see what I just saw?”   We both race to the large kitchen window over the washing machine.  The old fashioned machine is on rollers, so we move it out of the way so we can get a better look.   Don says “LOOK AT THAT LIGHT!”  I am only 12 years old, and I am scared shitless.

We stay glued to the window as a glowing red light drops down, hovers on the horizon for about three seconds, and then zooms across the horizon at an indescribable  speed.   We watch across the vast plowed field as the object circles around two more times, then darts across the sky at such an alarming speed that our hearts are pounding in our chests.  There is no road behind the field, and no type of hovering aircraft back in 1966 that could have moved that quickly.

Don runs for the 22 rifle, and heads outside just as the red light disappears into the darkness.  He fires off a couple of shots in the general direction of the light.  This awakens our Dad, who orders the gun put away, and sends us both off to bed.

Don and I often speak of this childhood encounter.  Our family still to this day thinks we were “telling a story.” 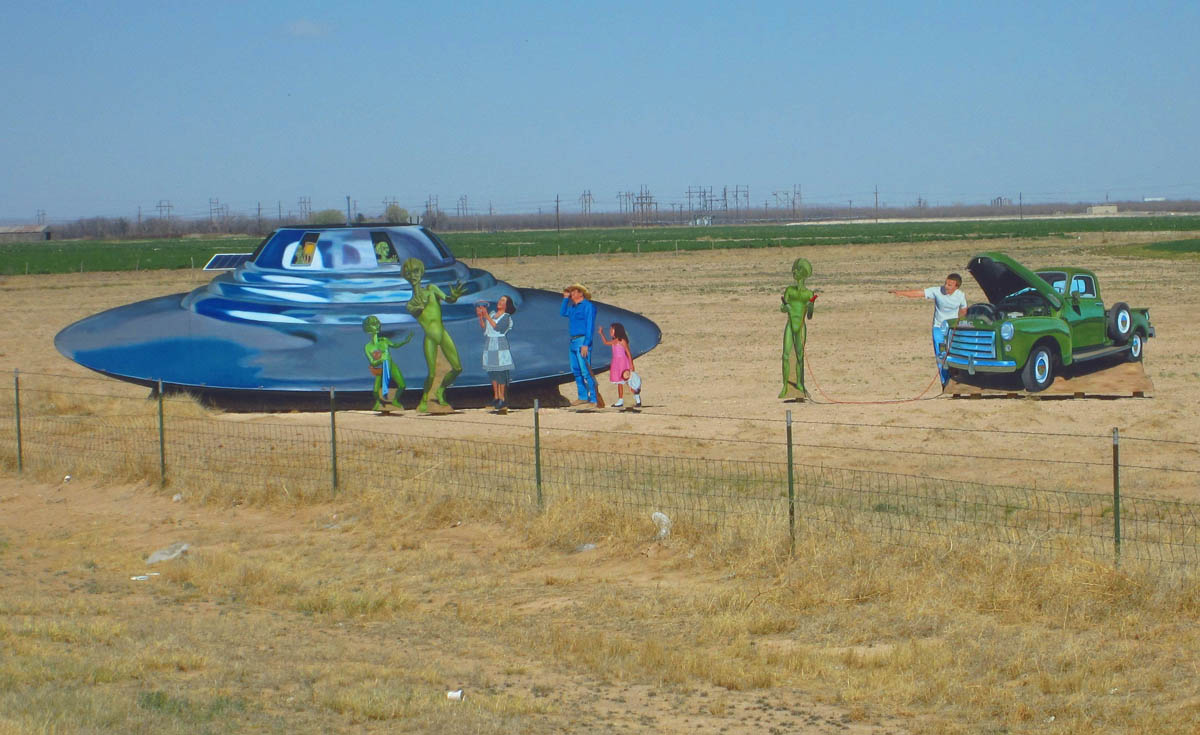 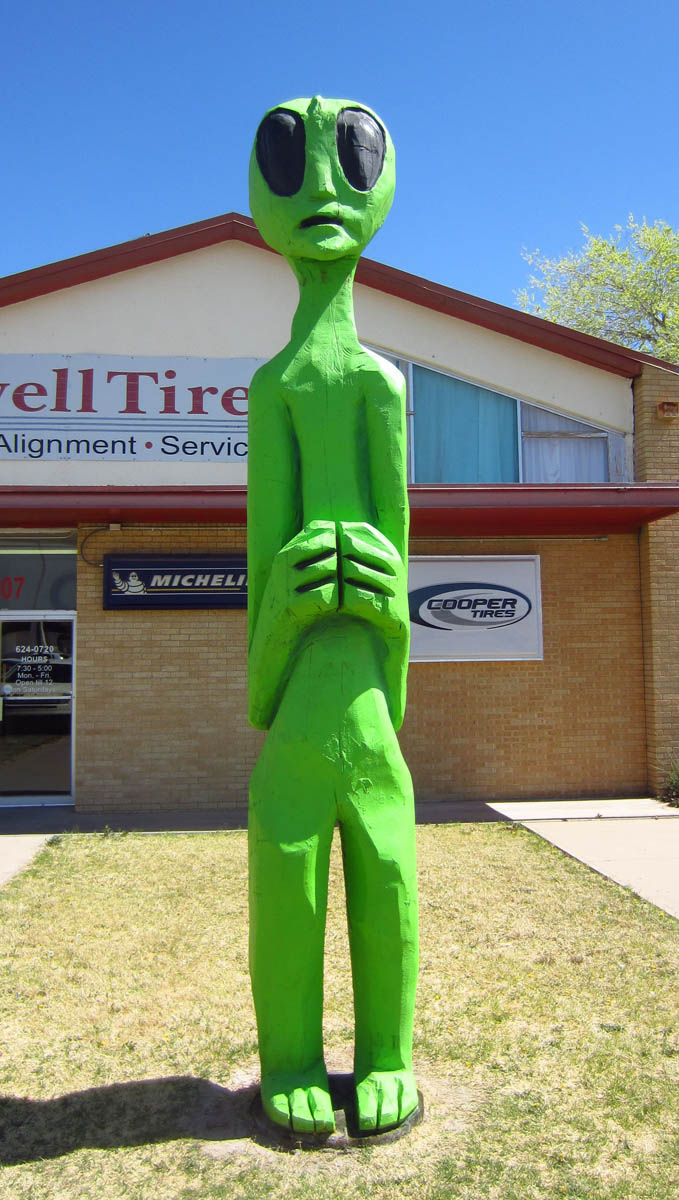 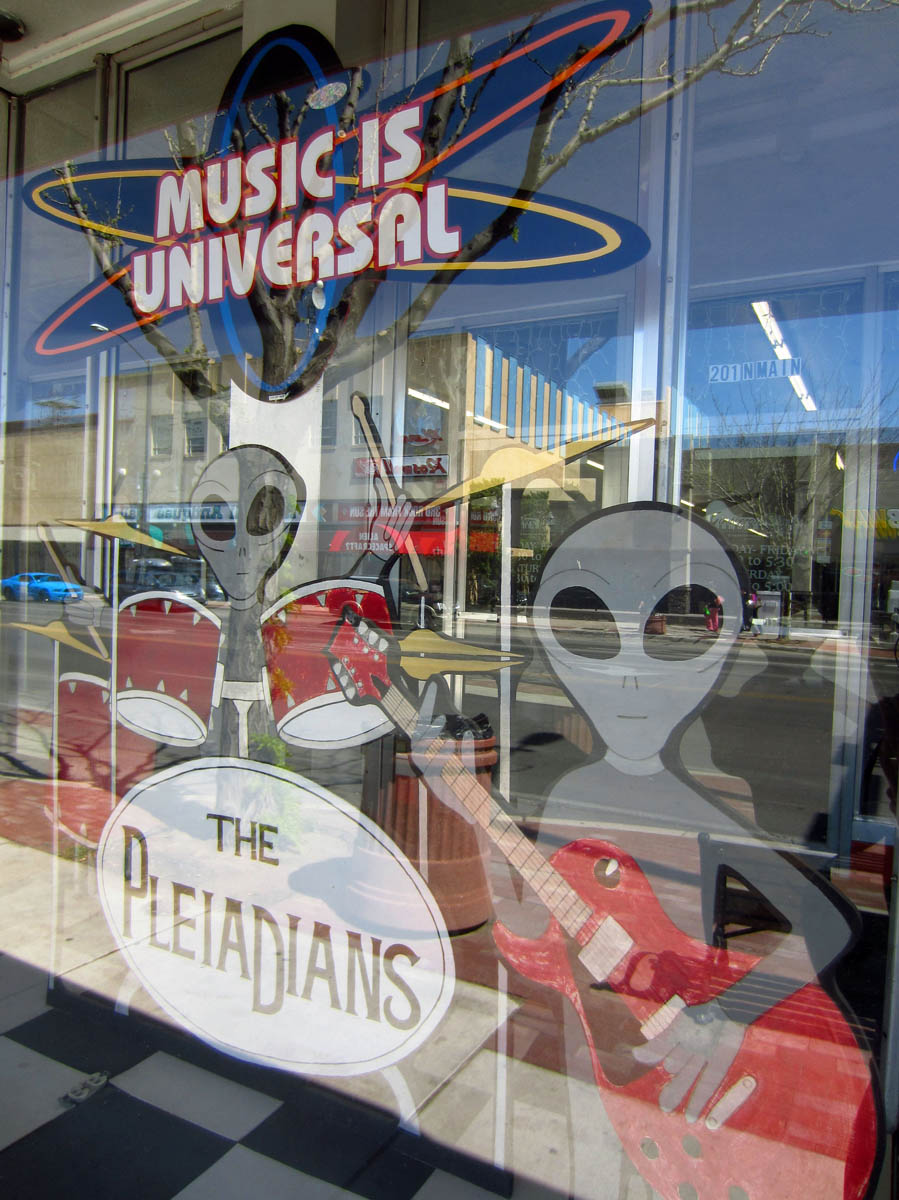 “Music is Universal” So true! 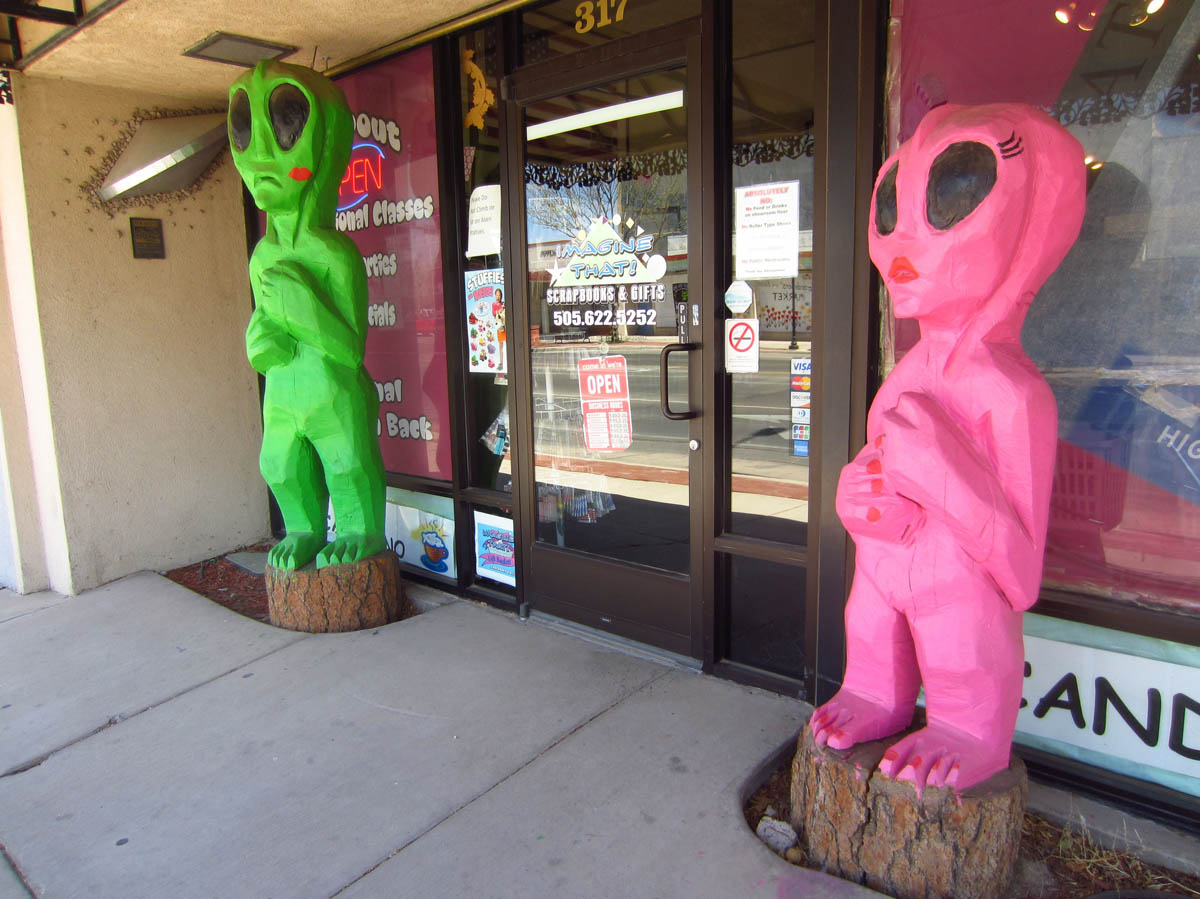 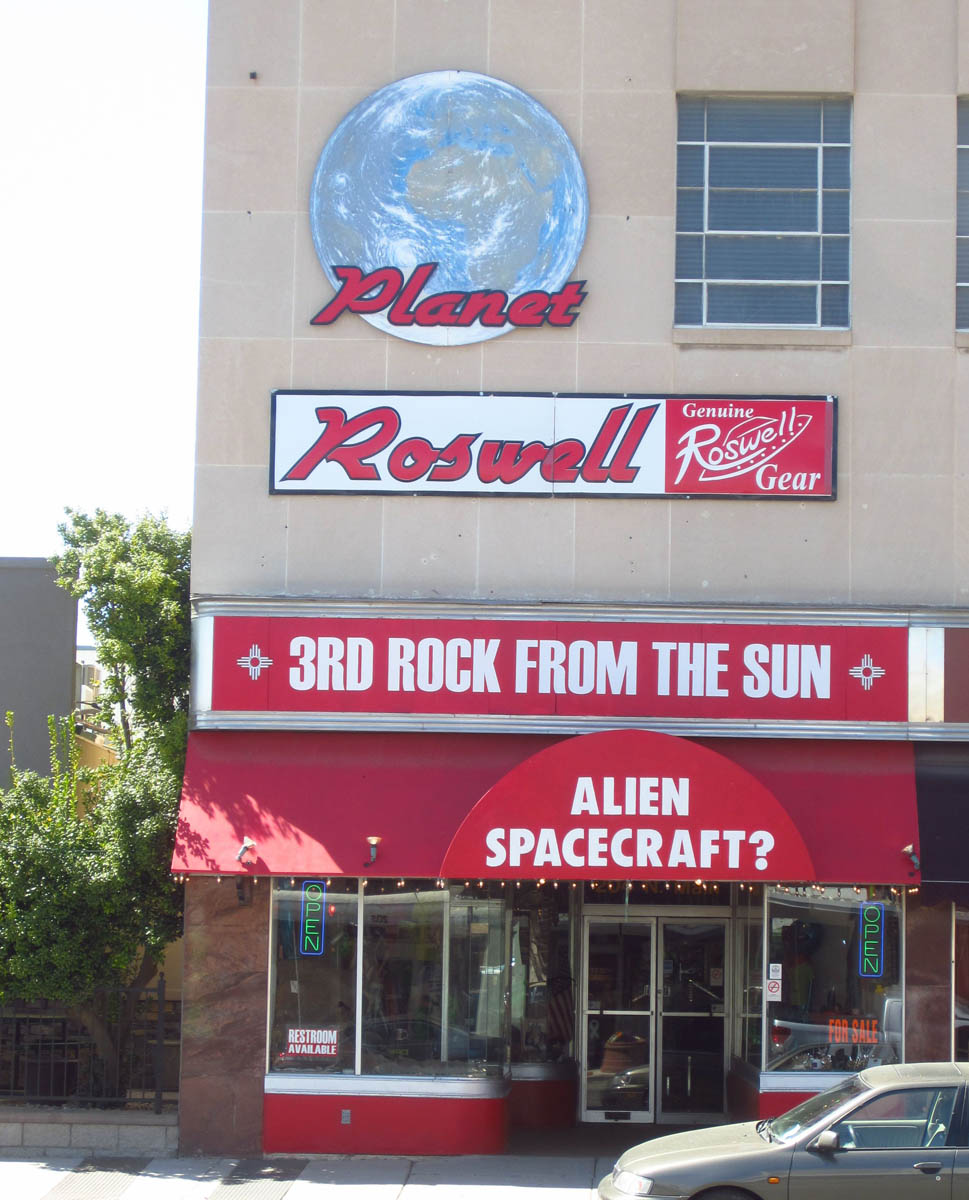 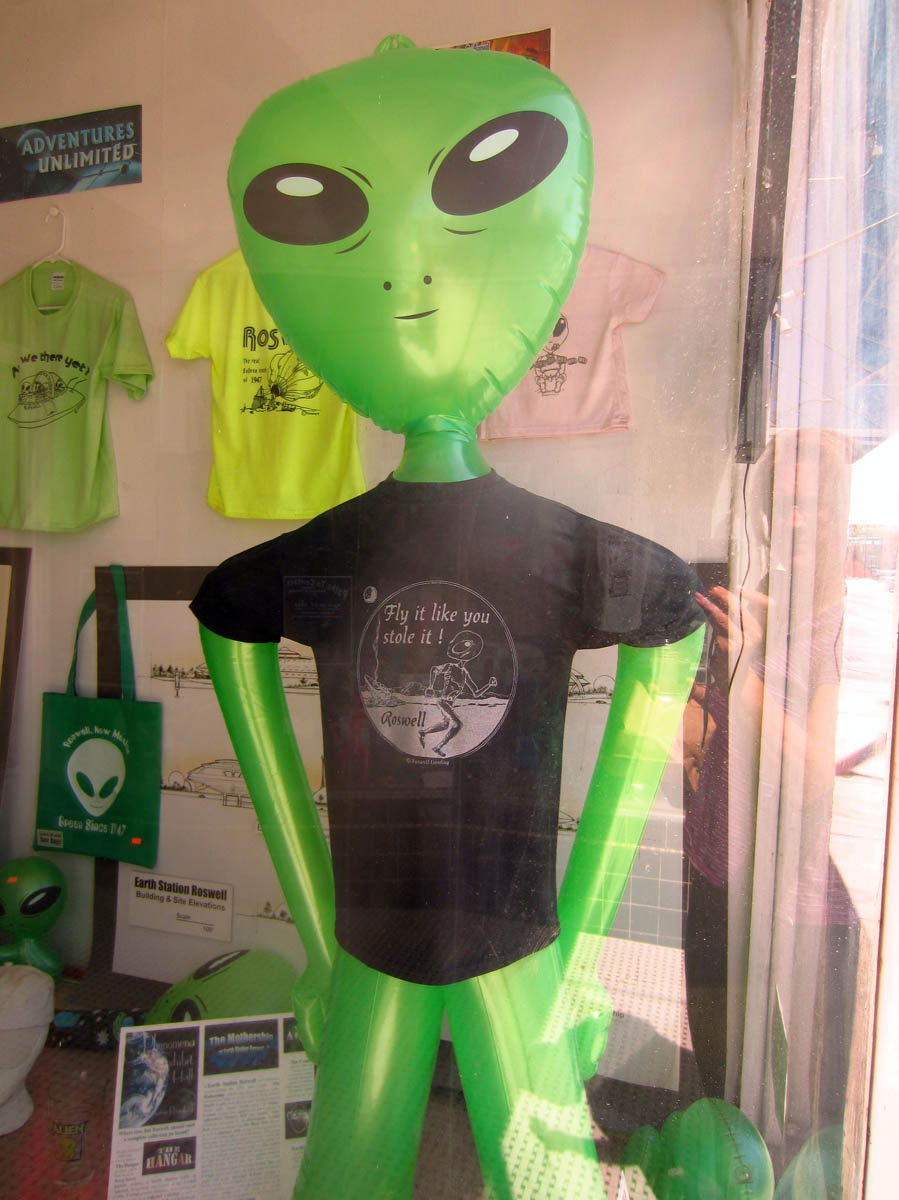 Wish I had bought this T-Shirt. “Fly it like you stole It!” 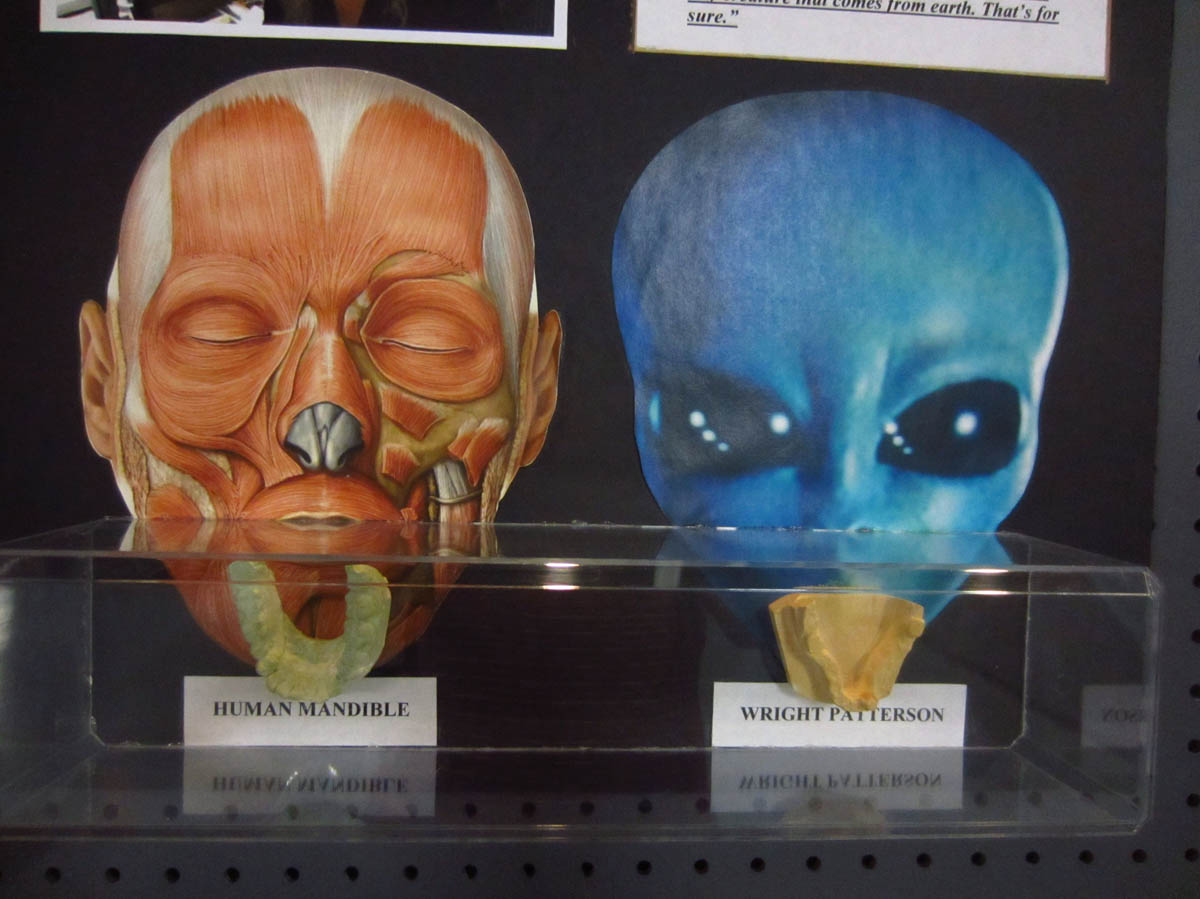 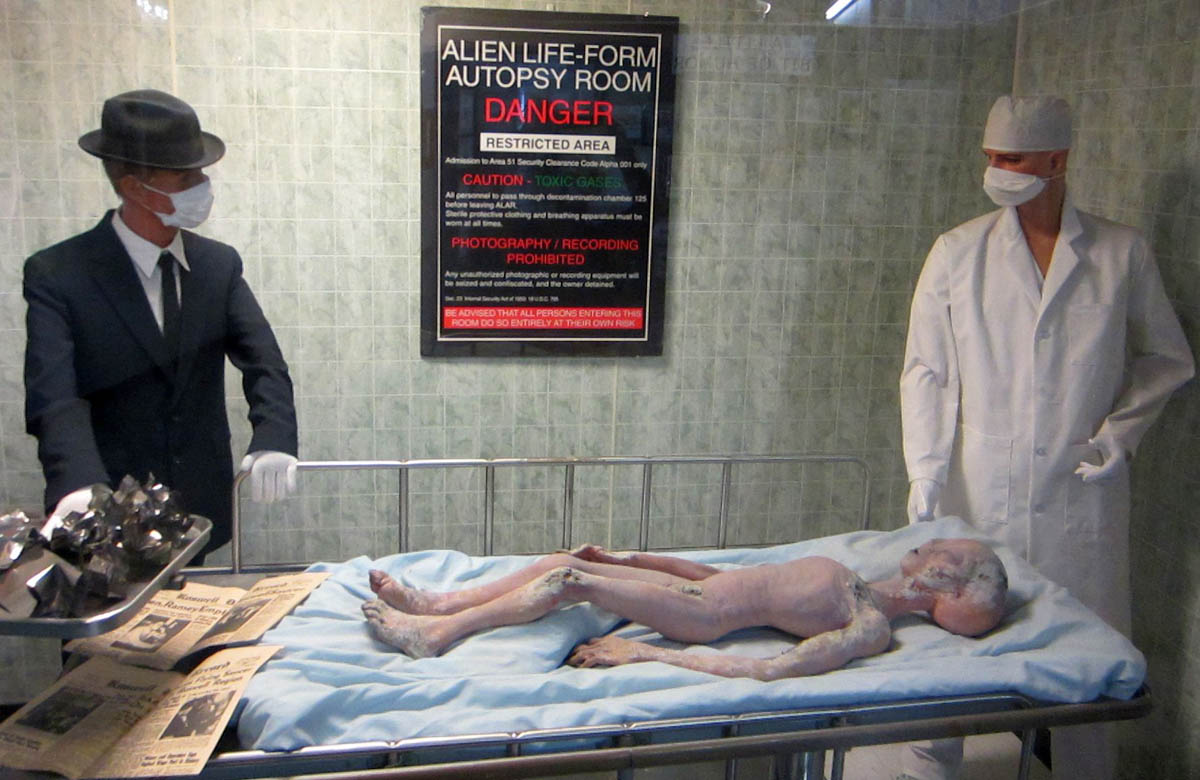 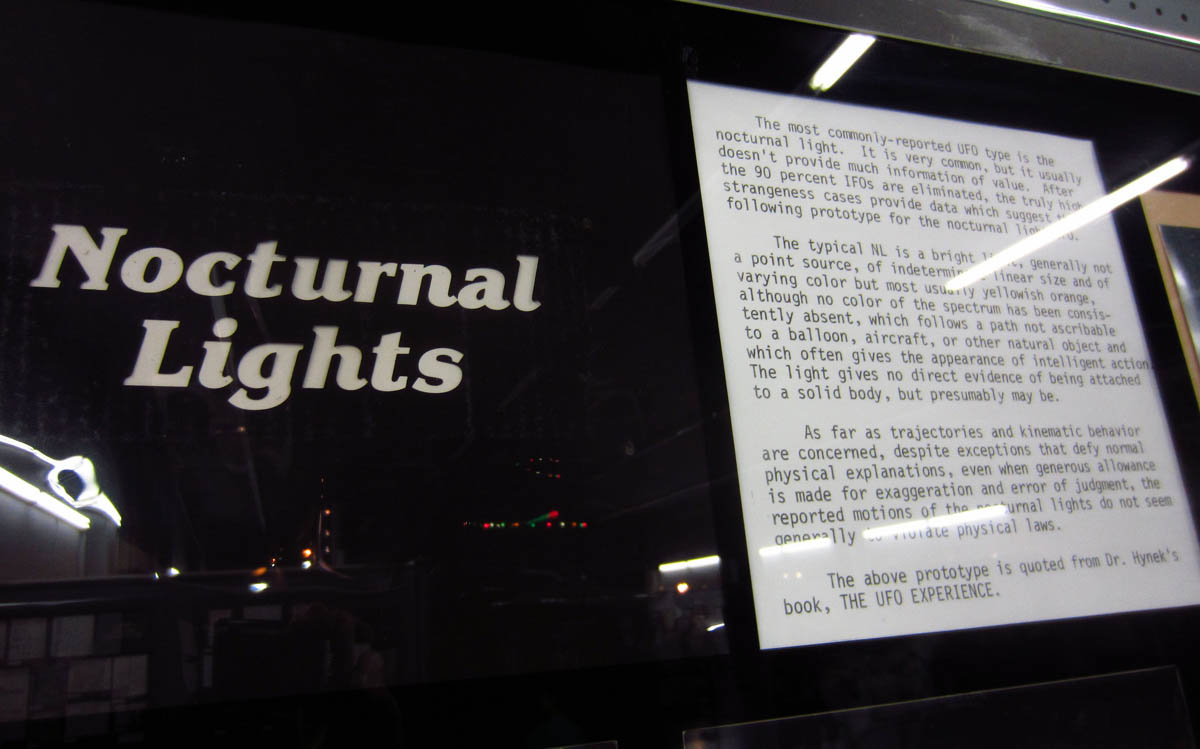 Glad to see, we are not the only one! 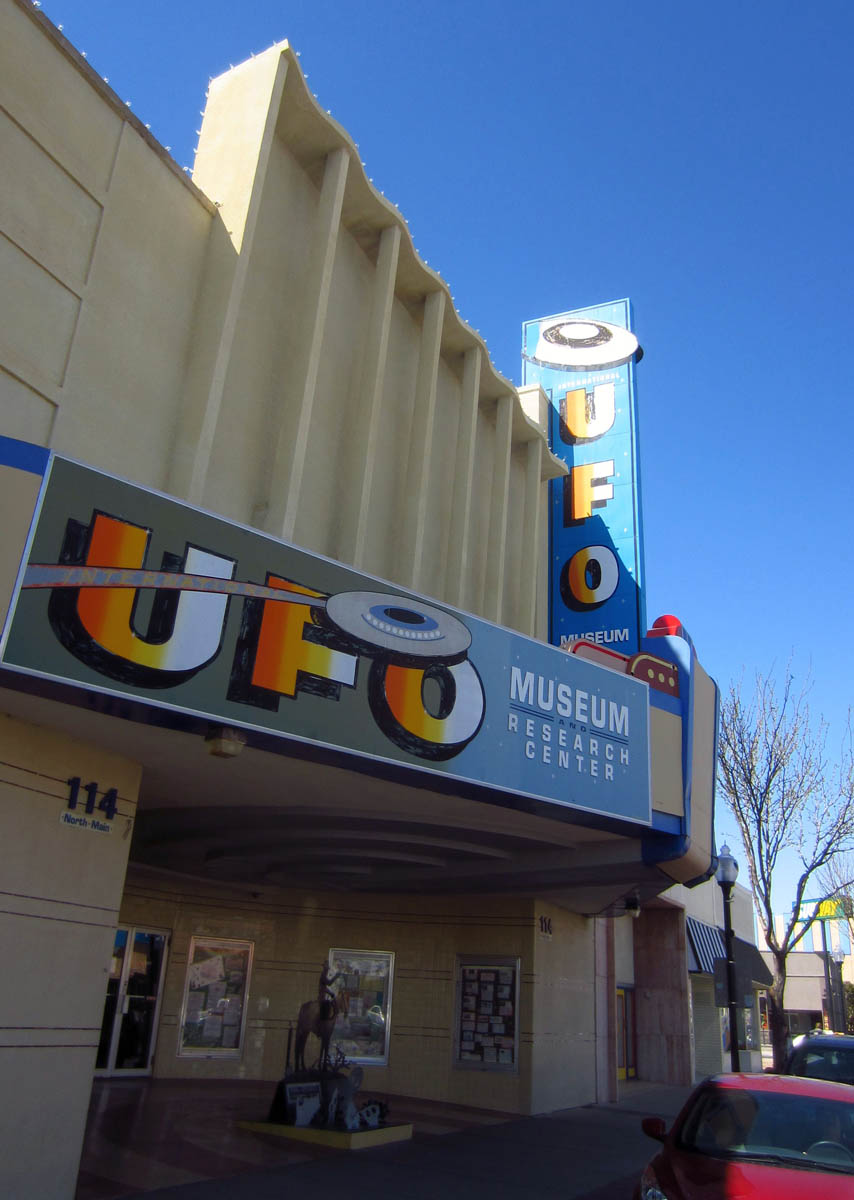 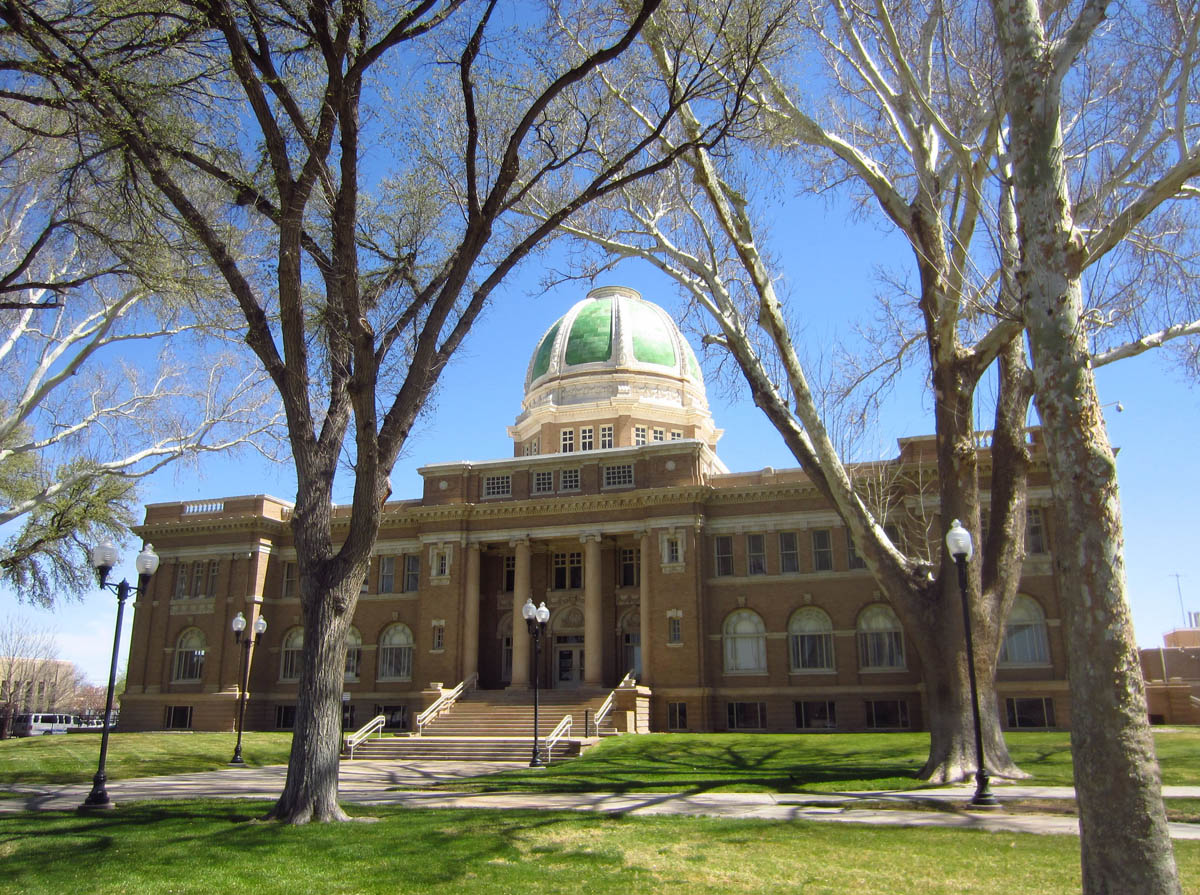 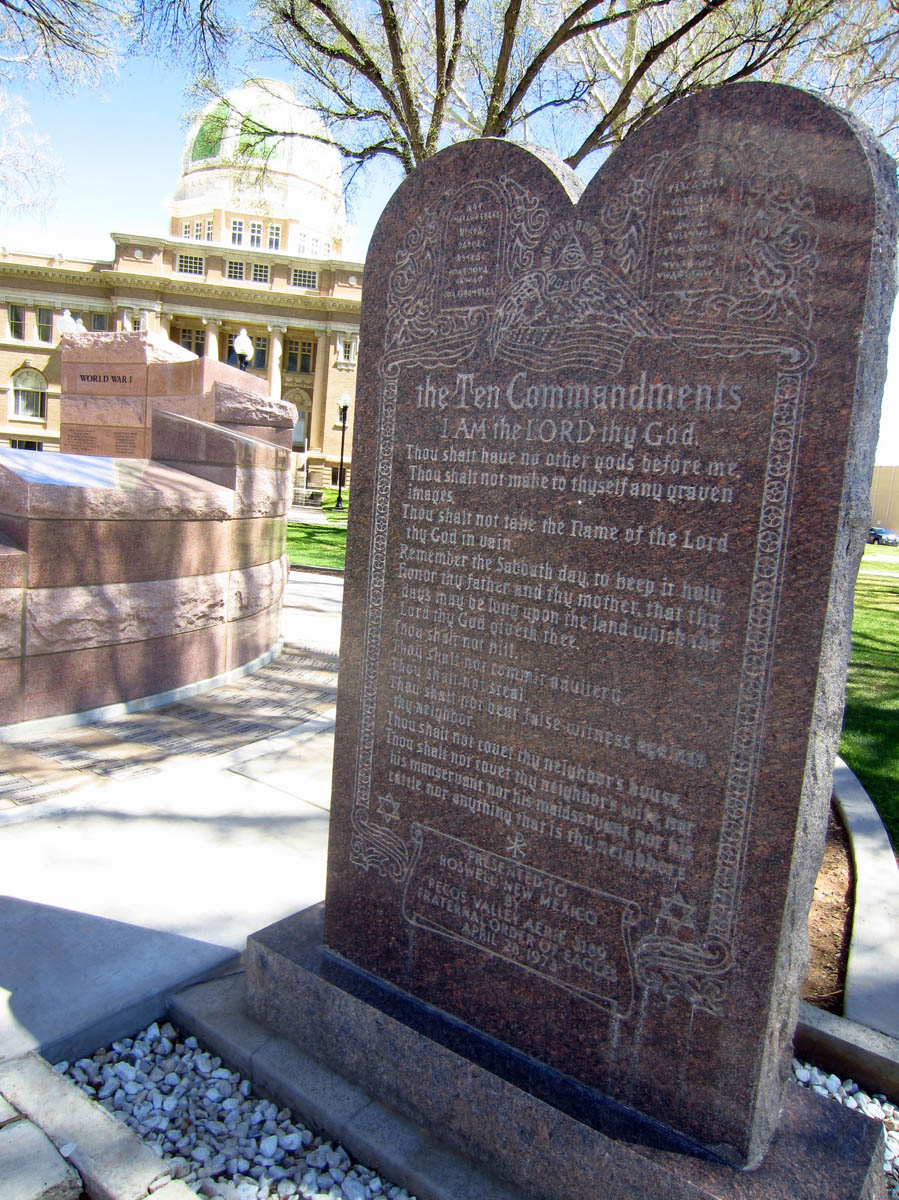 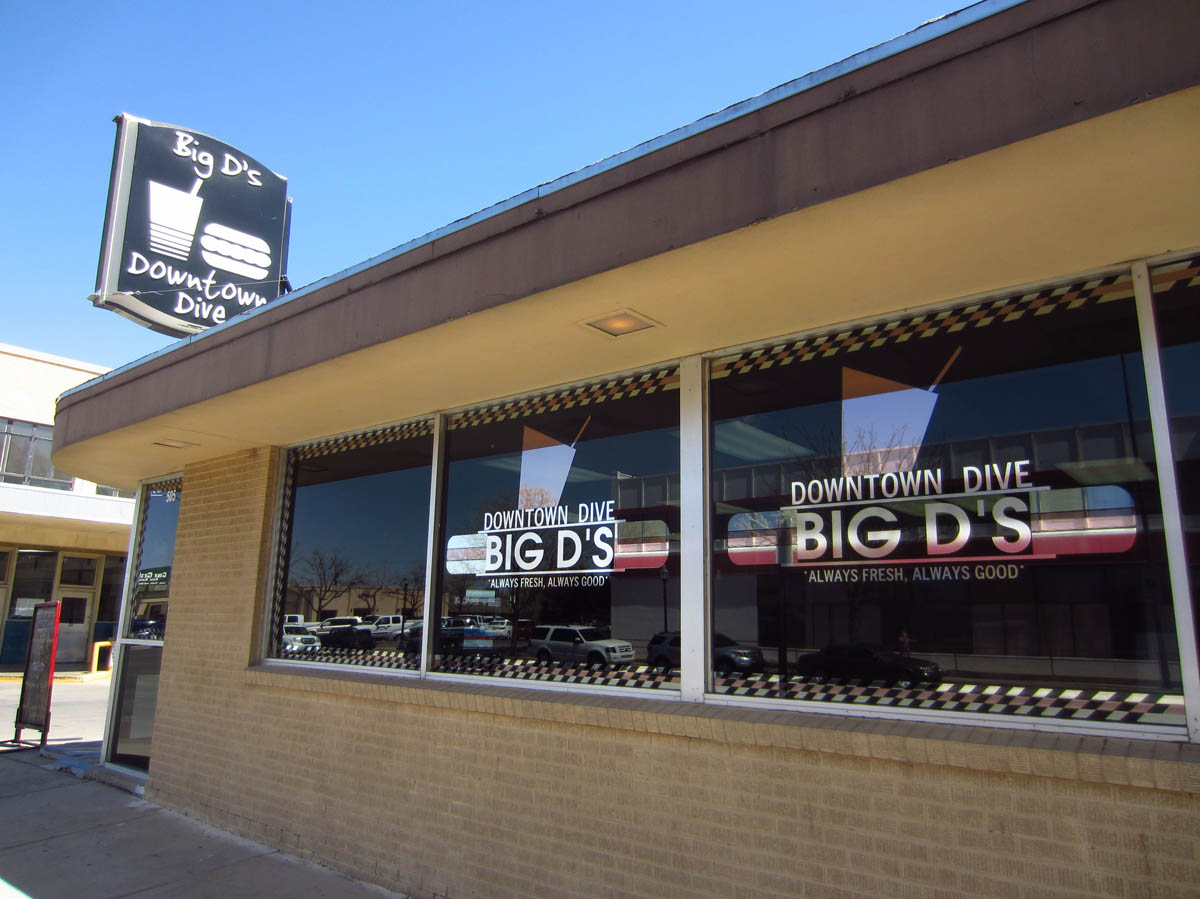 If this place in downtown Roswell wasn’t in Diners, Drive-Inns, and Dives,” it should have been! 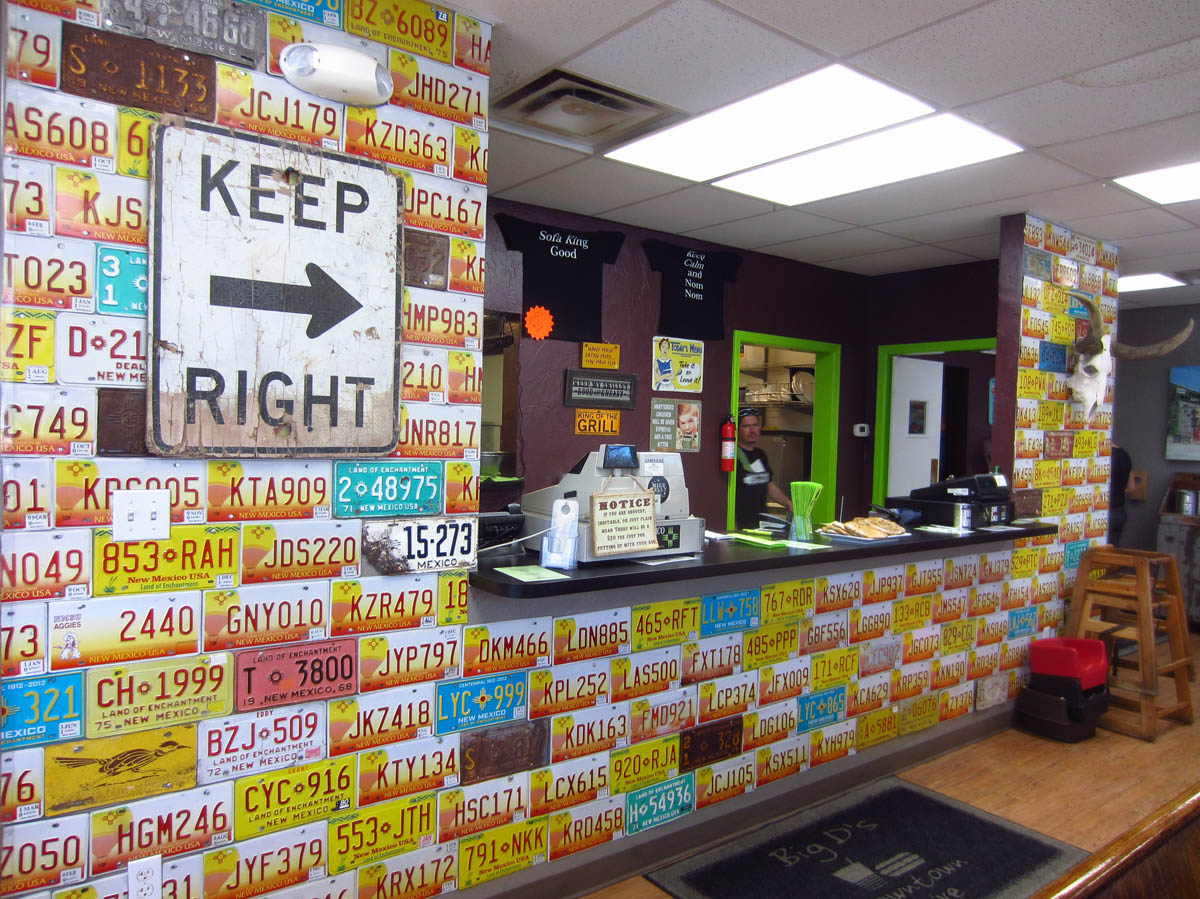 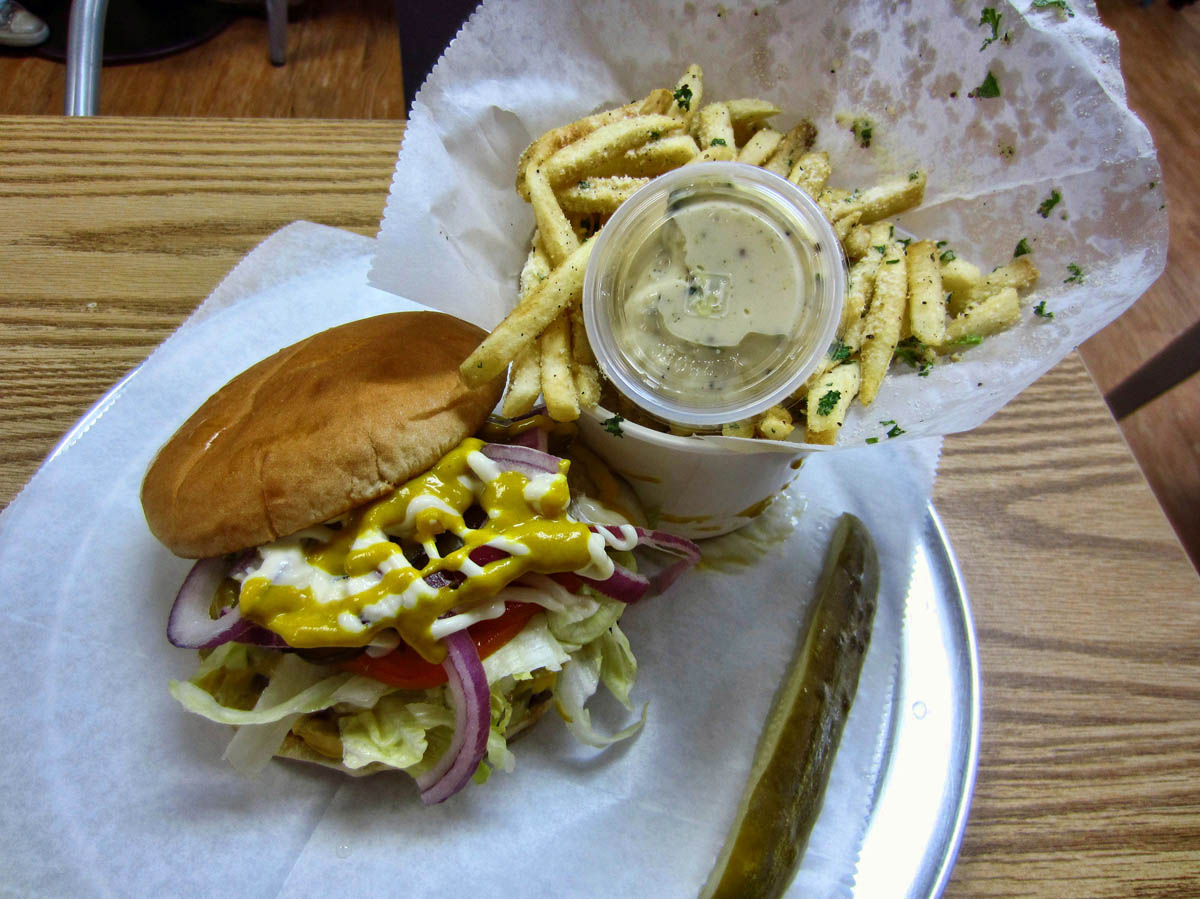