I am a Farmer’s Daughter.  I grew up on a cotton farm in central Texas where the soil is as black as Texas crude.   The smell of musty, earthy, peaty fresh plowed dirt can send me back there faster than you can ask which row to hoe. 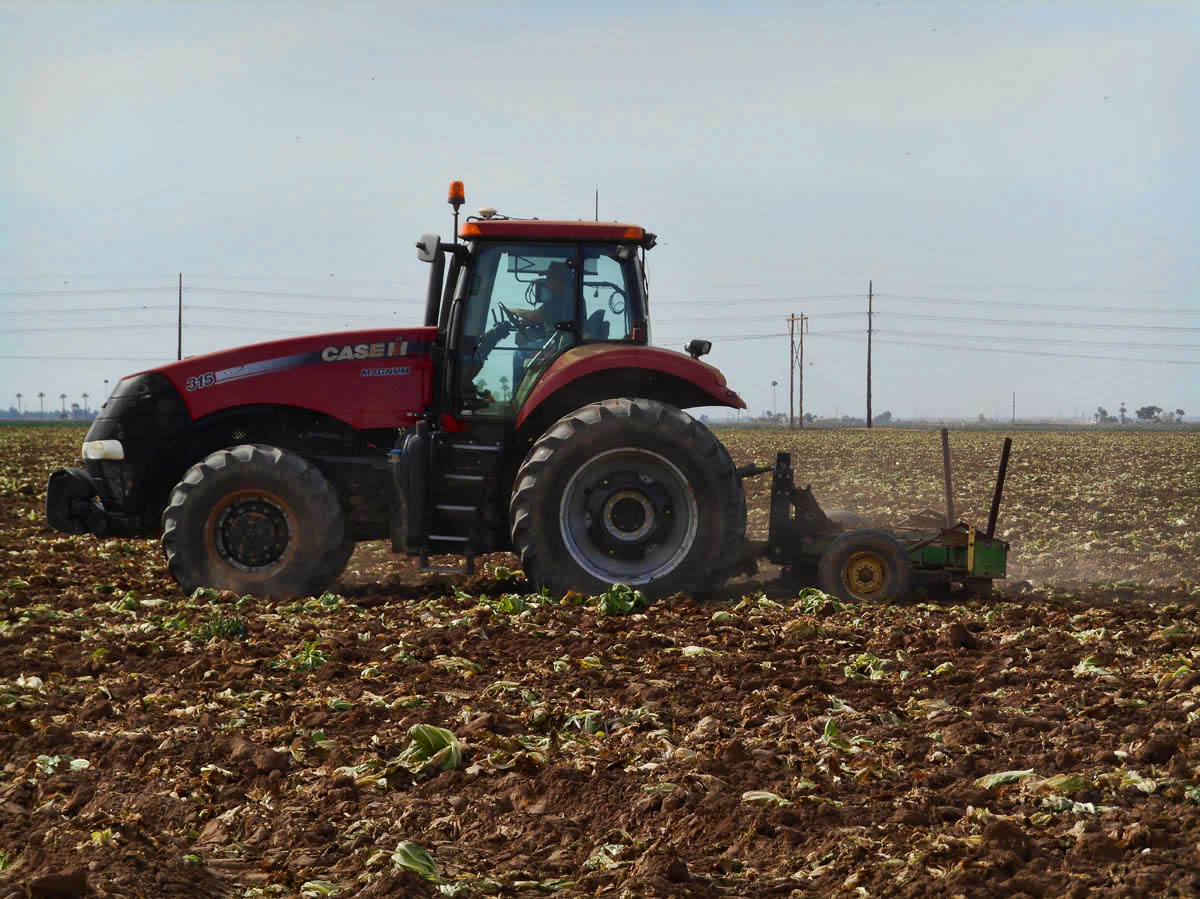 I understand the toils and troubles of farming.  I spent my childhood springtimes watching my Dad pace the front porch, studying the weather patterns, sweating out whether or not his freshly planted crops and entire livelihood were about to be wiped out in one single night by the ravages of a hail storm or voracious tornado.  Summers he would leave before sun-up, and come home long after dark, covered from head to toe in maize husks like some furry coat he had sprouted.   And autumns were spent riding in the cab of the pick-up, singing all the versus to Bob Dylan’s “Like a Rolling Stone” with my Mom, while helping her hitch and unhitch the cotton trailers bound for the gin, sides bulging from the burden of bales of freshly stripped cotton.   Winters, they finally got a break when we would usually head to South Padre Island. Back then, it was little more than a strip of beach, a jetty restaurant, and a bait shop. Then it would start all over again… 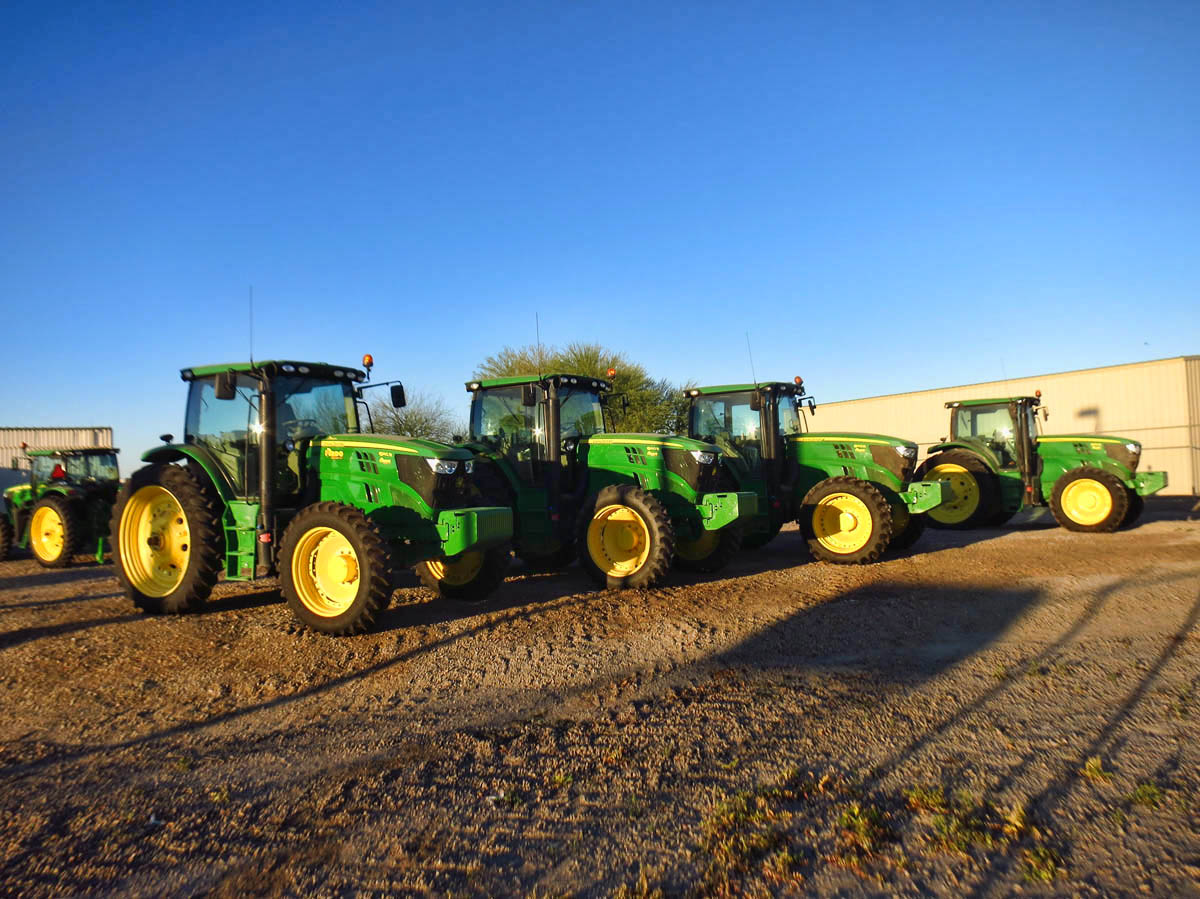 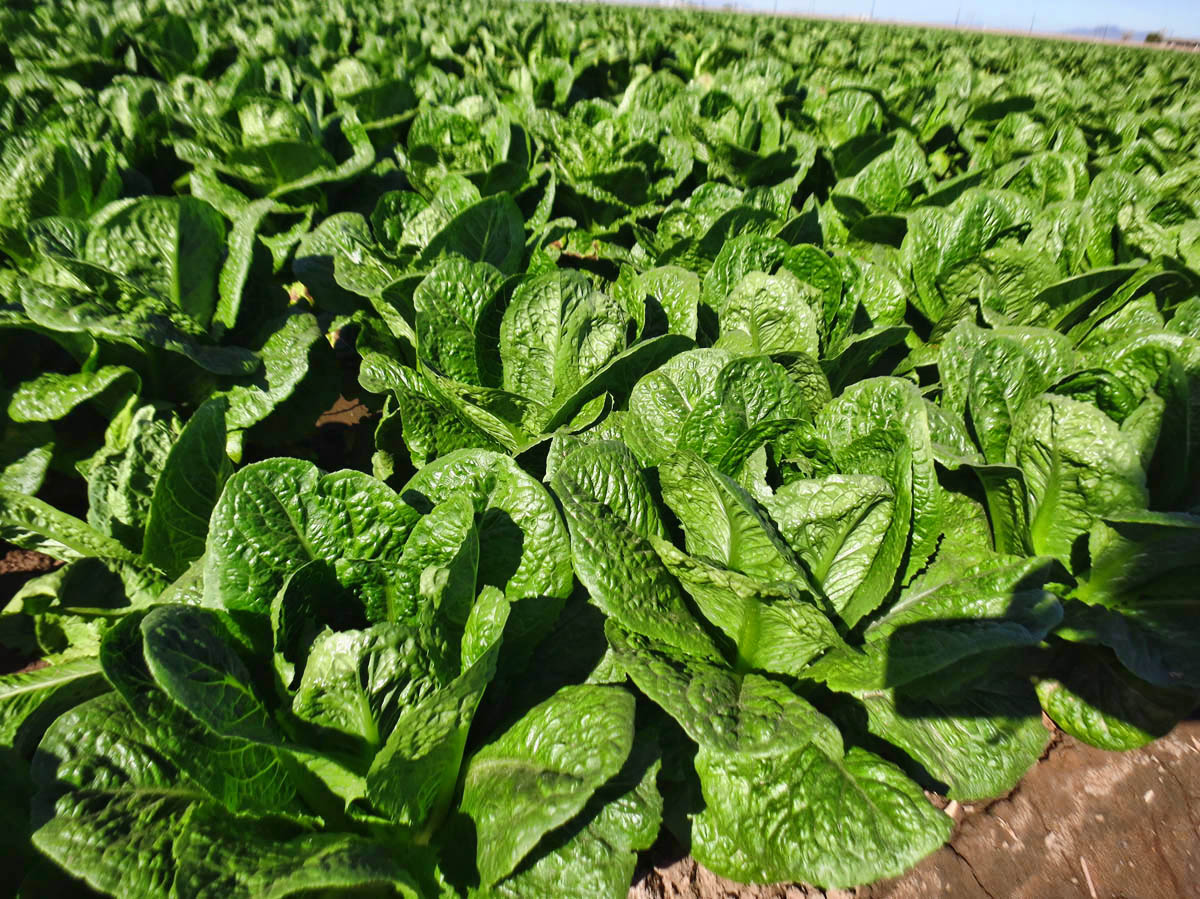 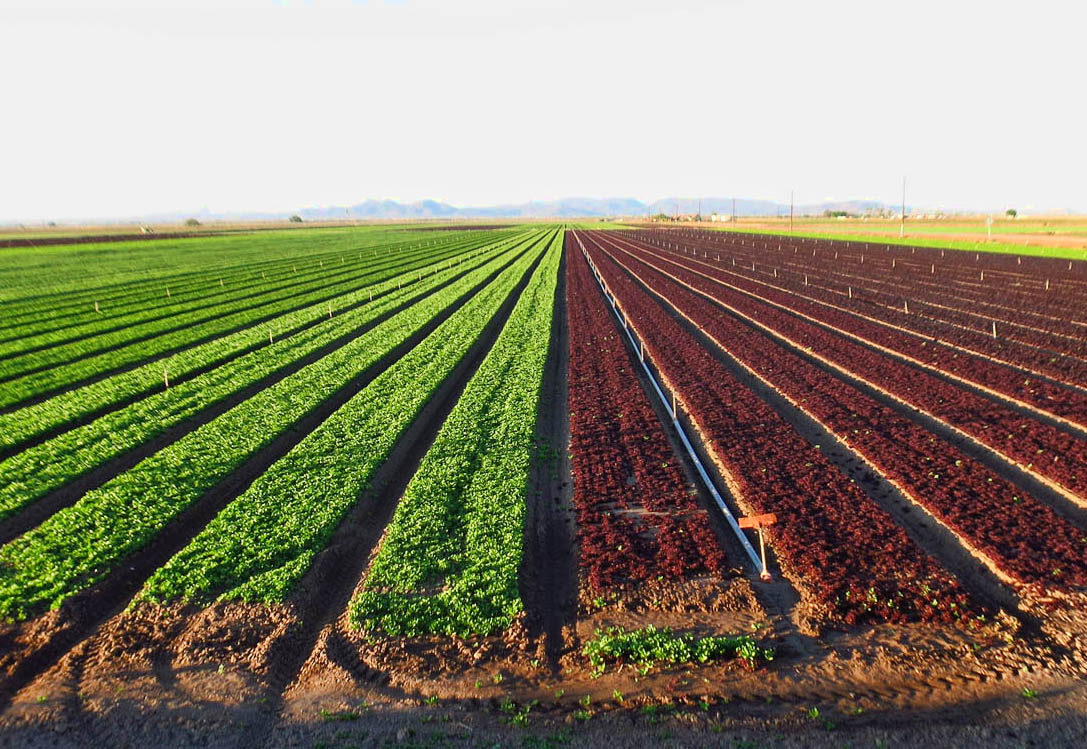 I wasn’t really much of a “farm girl.”  I protested having to do chores around the farm, dreaming of the time when I could finally graduate, follow my first signs of leftist leanings to UT Austin, and protest the Vietnam War.  Still to this day, the farm life holds no appeal for me whatsoever, save for the label of “Home.” 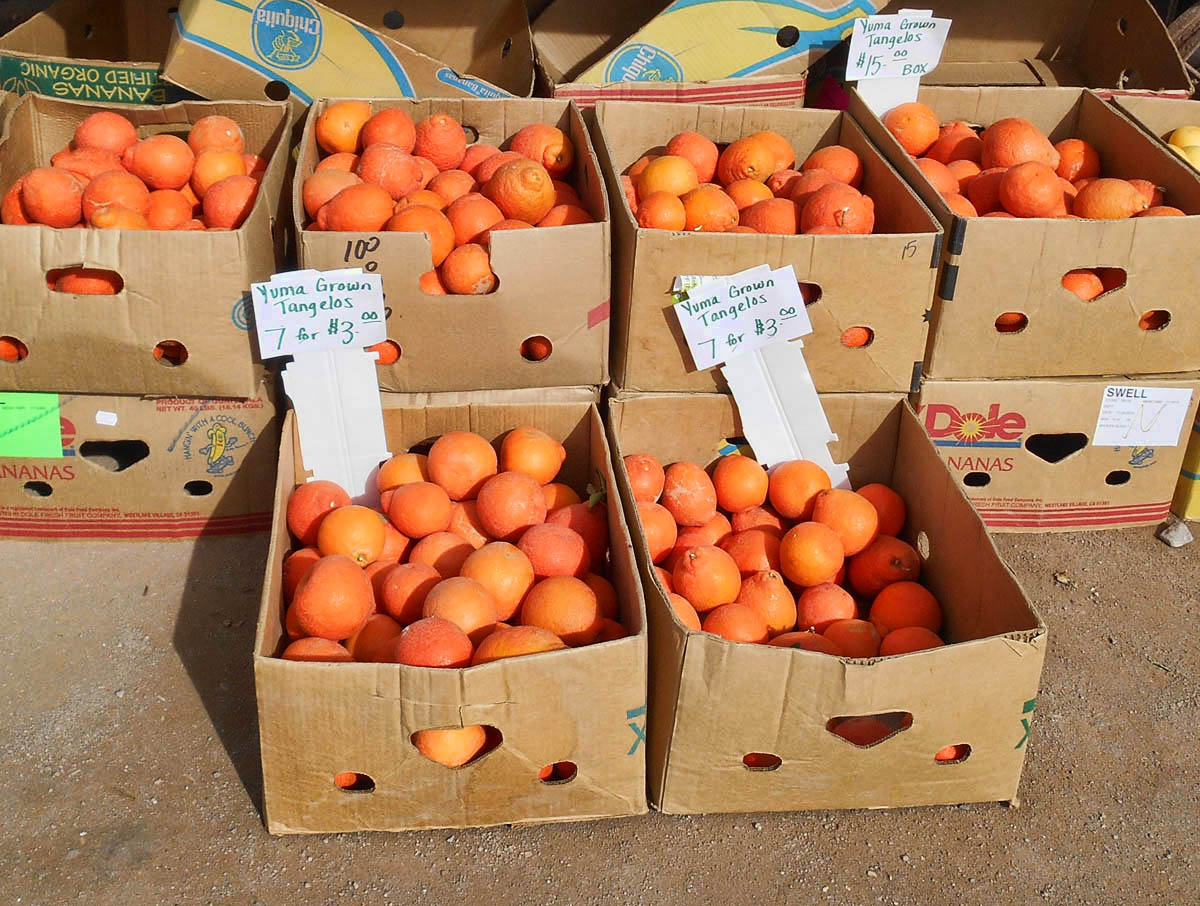 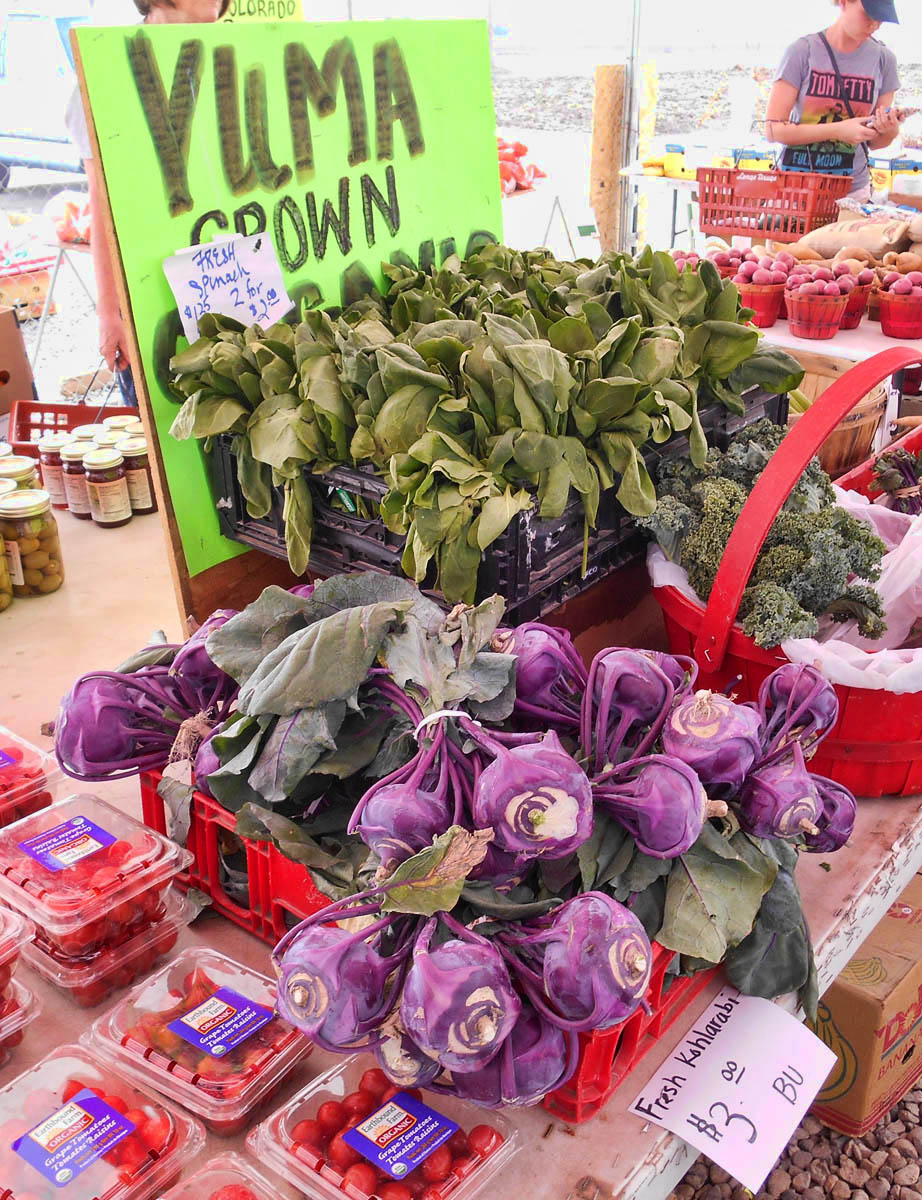 The wilted spinach may not be the best endorsement for “Yuma grown.” 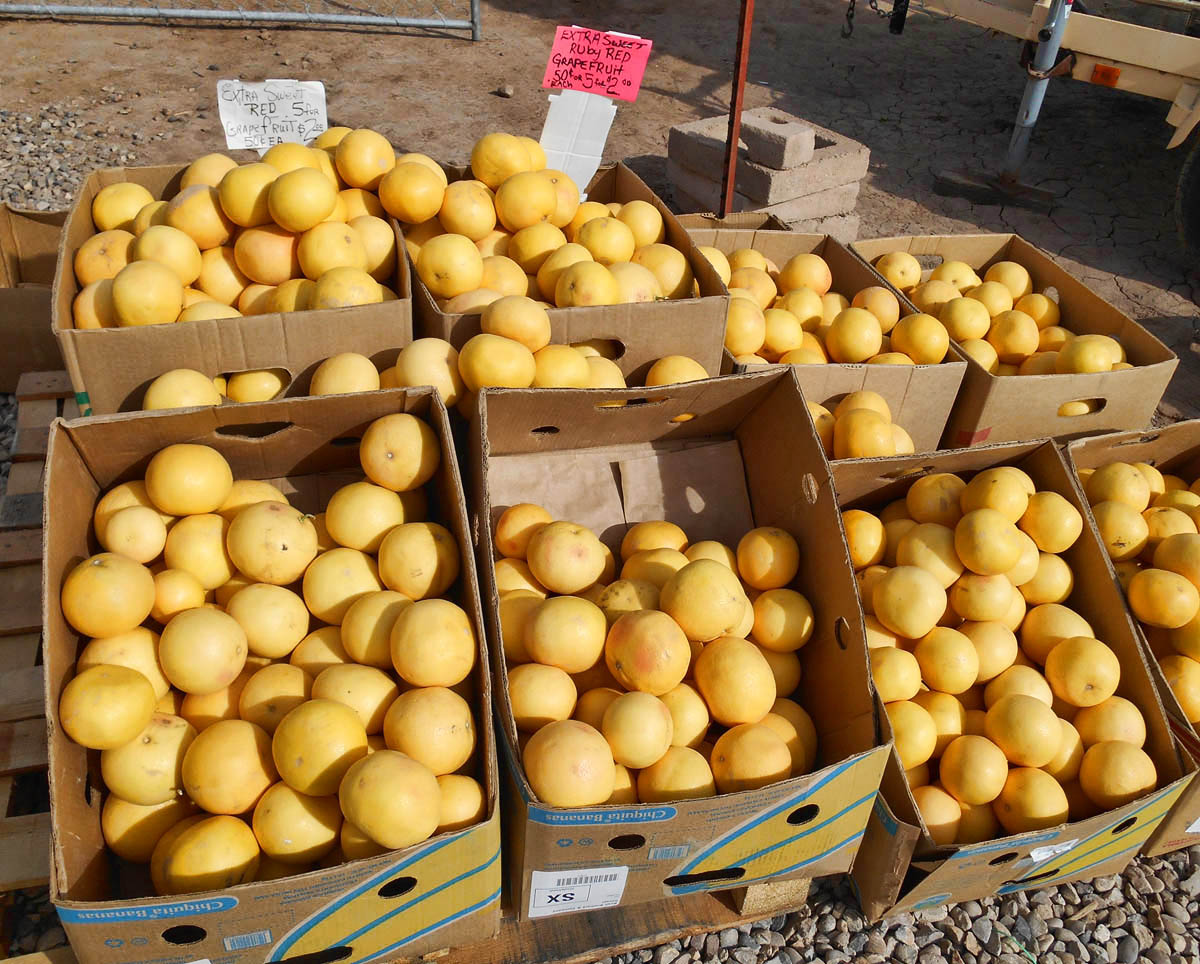 But for some reason, I still feel a tug of familiarity at the sight of farm work in progress.  So driving down Highway 95 to Yuma, it is tough to stay focused on the road.  There is so much activity going on all around me!  I am so curious to learn what those abundant crops are, laid out in colorful crazy quilt patterns across the horizon.  In spite of my snub toward farm life, I am still fascinated by the efficiency of the specialized equipment, the precision with which the rows are mapped out, and the tenacity of the migrant workers who labor tirelessly, all for the sake of feeding their family. 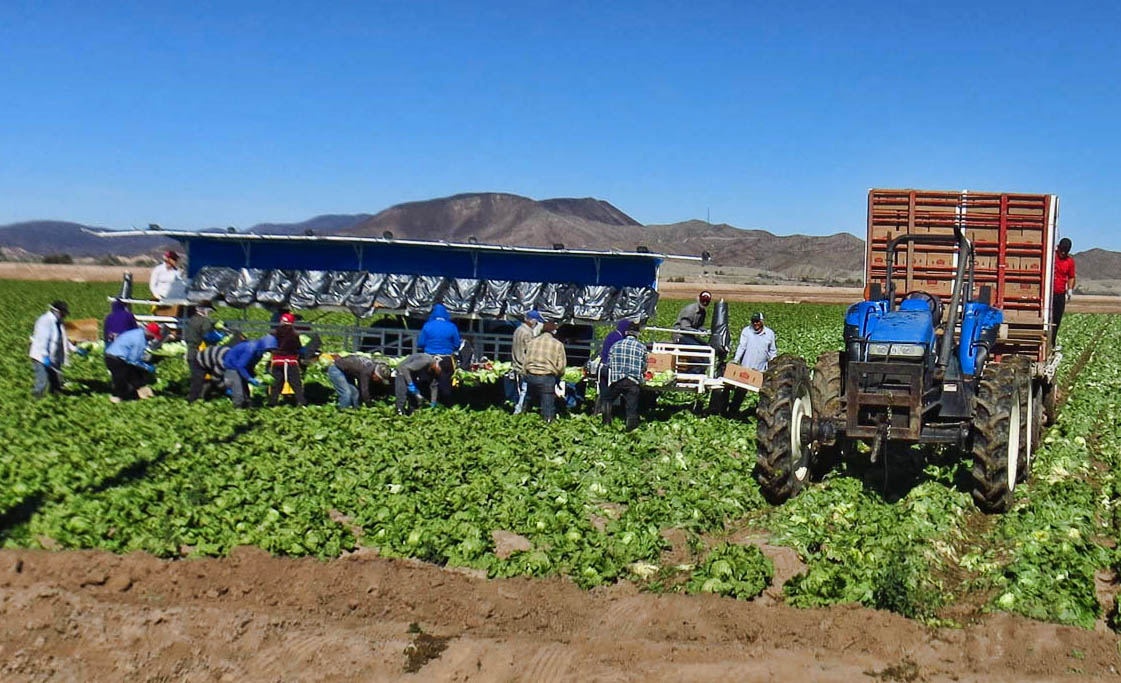 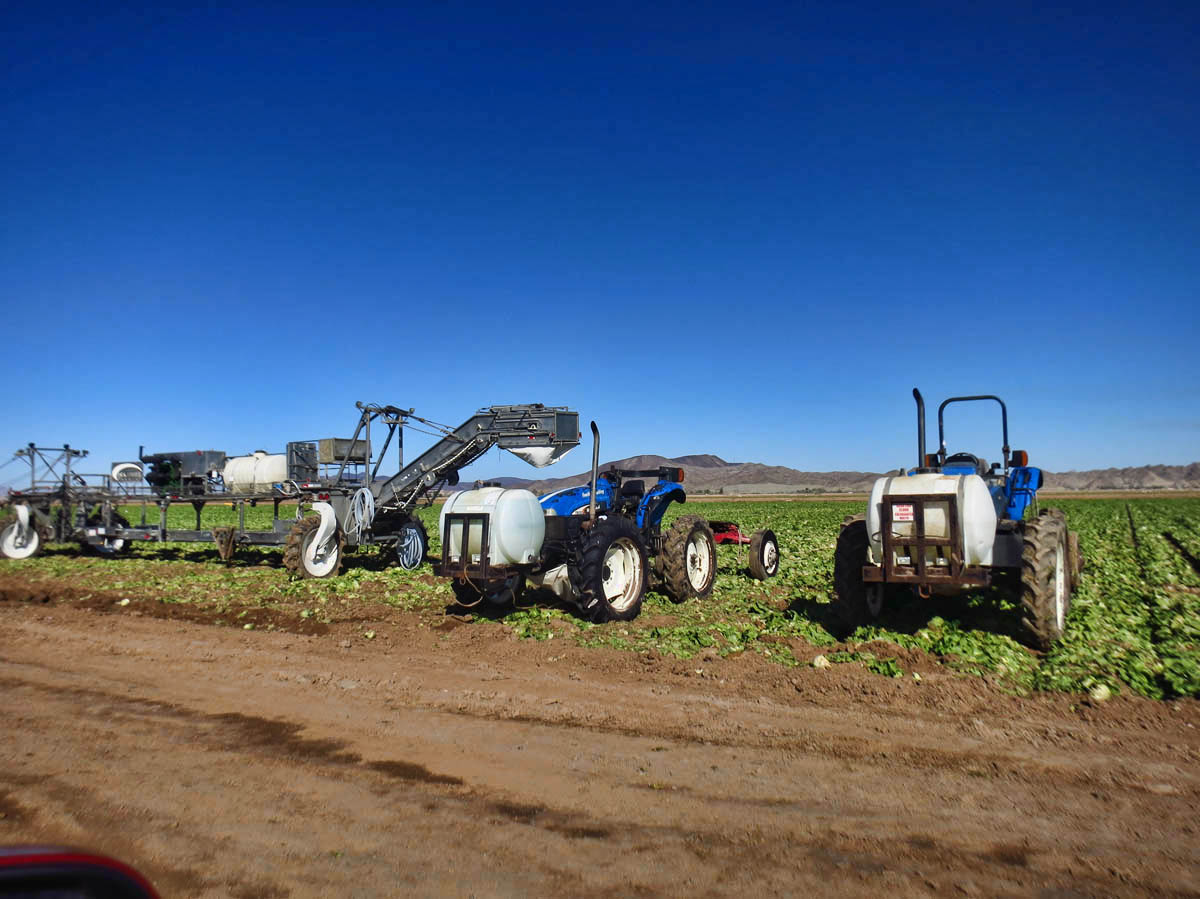 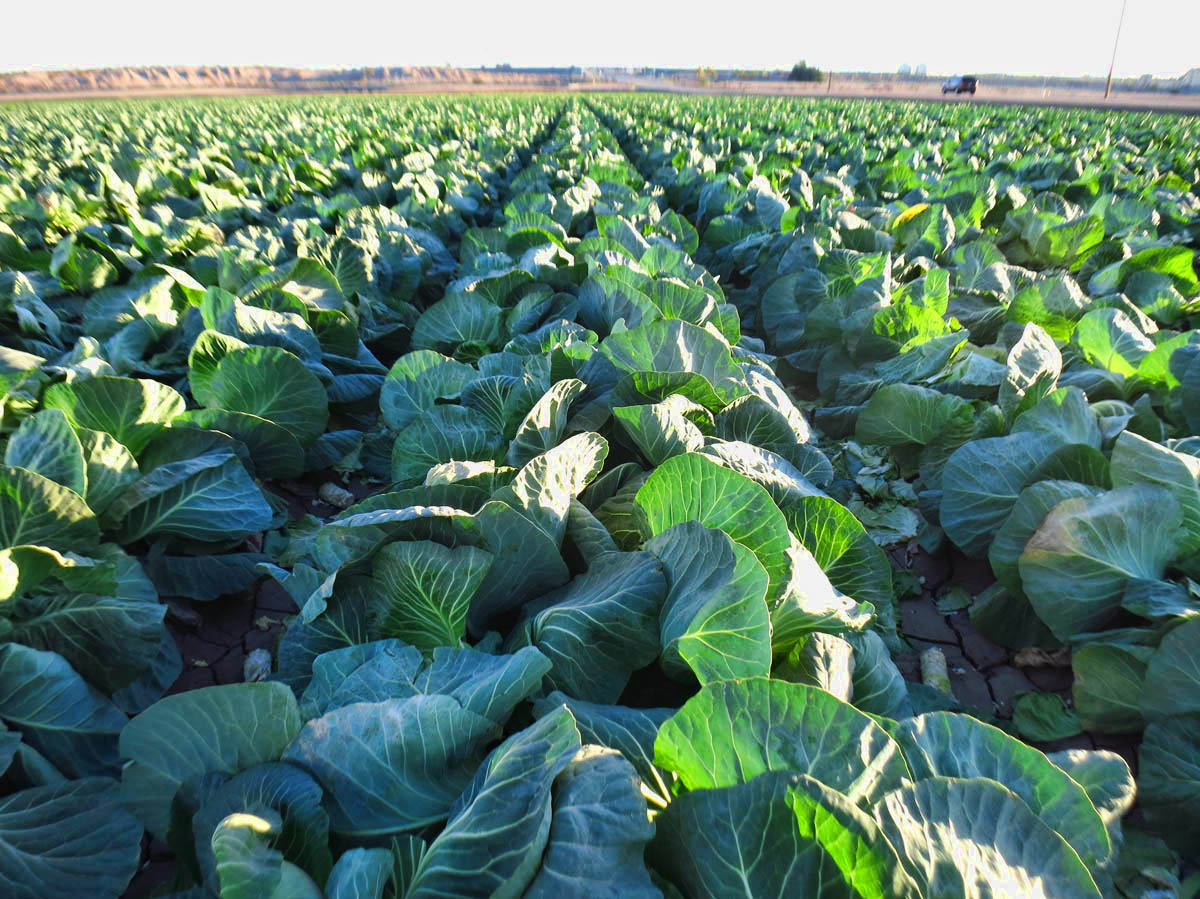 As I drive from field to field observing the processes, the air smells of cabbage and cauliflower.  I watch every few days on my trips into town as the fields seemingly mature overnight.  Workers empty from old school buses with porta-Johns in tow.  They wear large sun hats, gloves, and long white aprons, their conjunto music blaring as they swiftly move through the fields like a swarm of locusts, leaving behind the shell of leaves where the cabbage heads once nestled.  Within a few days, the field is plowed under, the ground is flooded, and new crops are planted.  Rotation continues methodically as the rise and set of the sun along Laguna Dam Road, just as it did back on the farm. 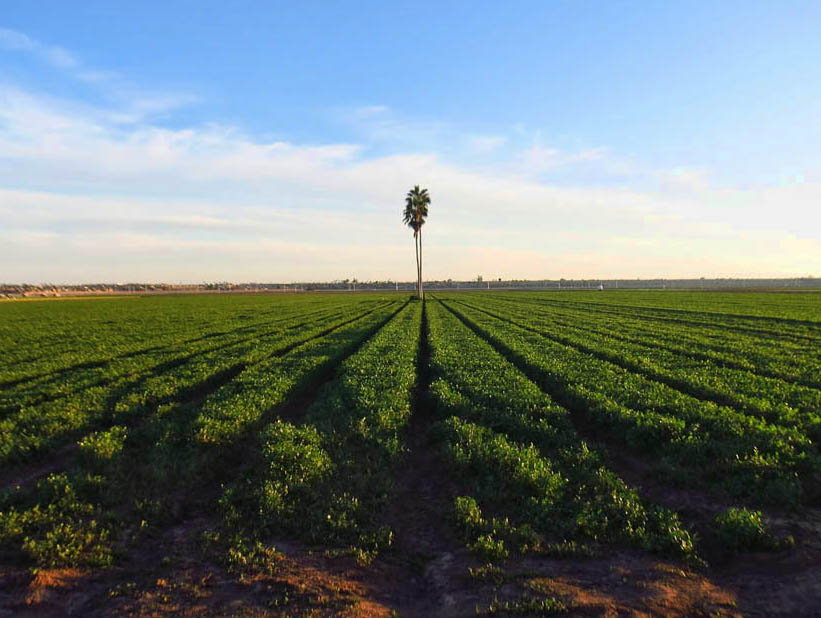 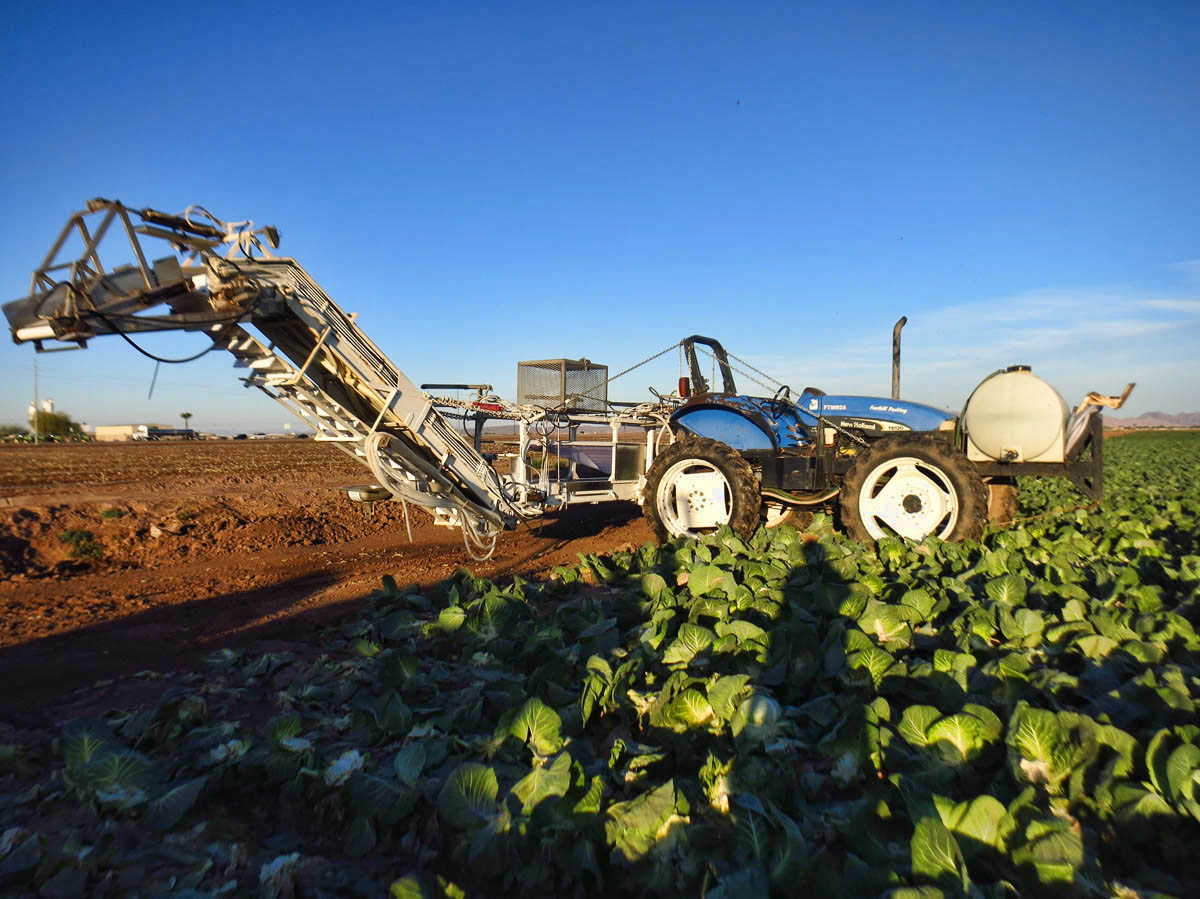 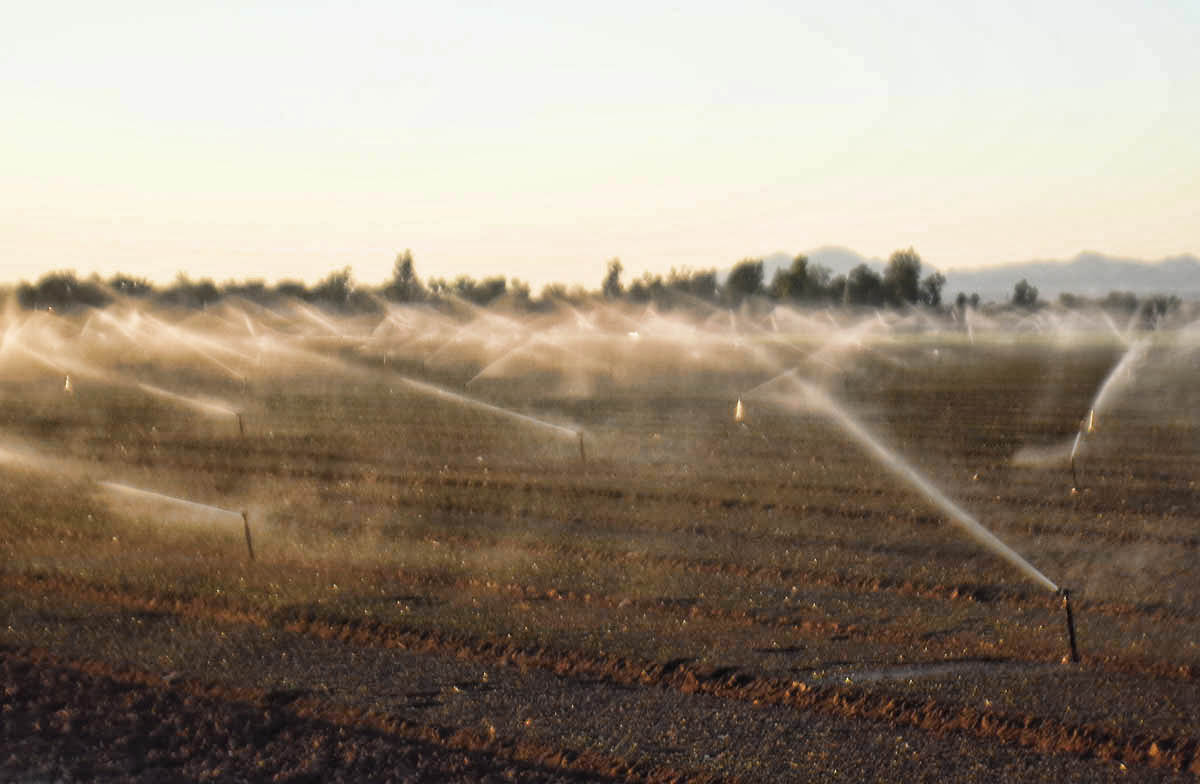 If you like the sound of a “rain bird” skittering across the lawn, you should hear what is going on here!

All this is possible because of the Yuma Siphon Project, the vast irrigation network of 53 miles of canals, completed in 1915.  Deemed one of the largest and most efficient in the nation, it serves 275 farms today.  This expansive irrigation system exists due to the creation of the Laguna Diversion Dam, which in 1905 was the first dam to be built on the Colorado River, thereby ending northbound river traffic.   I have never been a fan of damming the rivers, but it is hard to argue with two million pounds of lettuce produced per day. 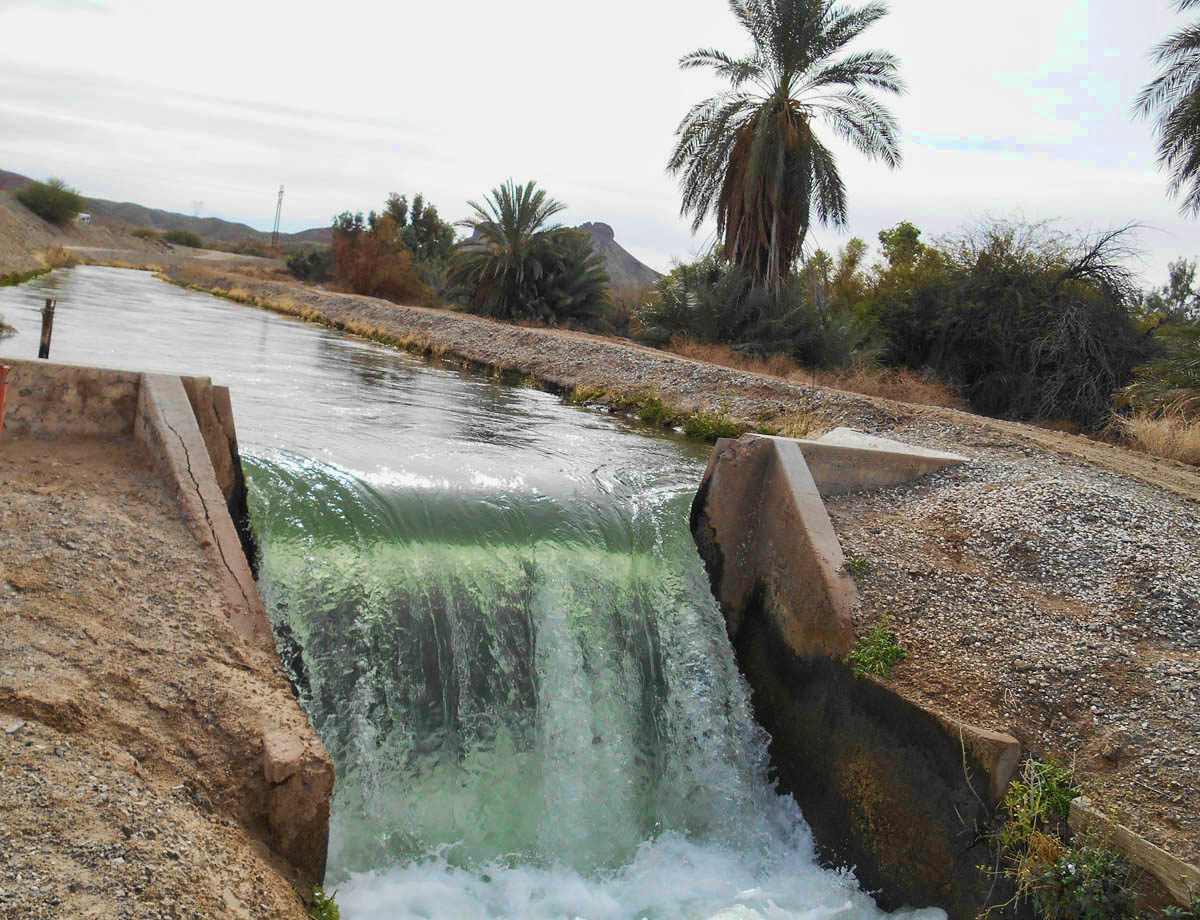 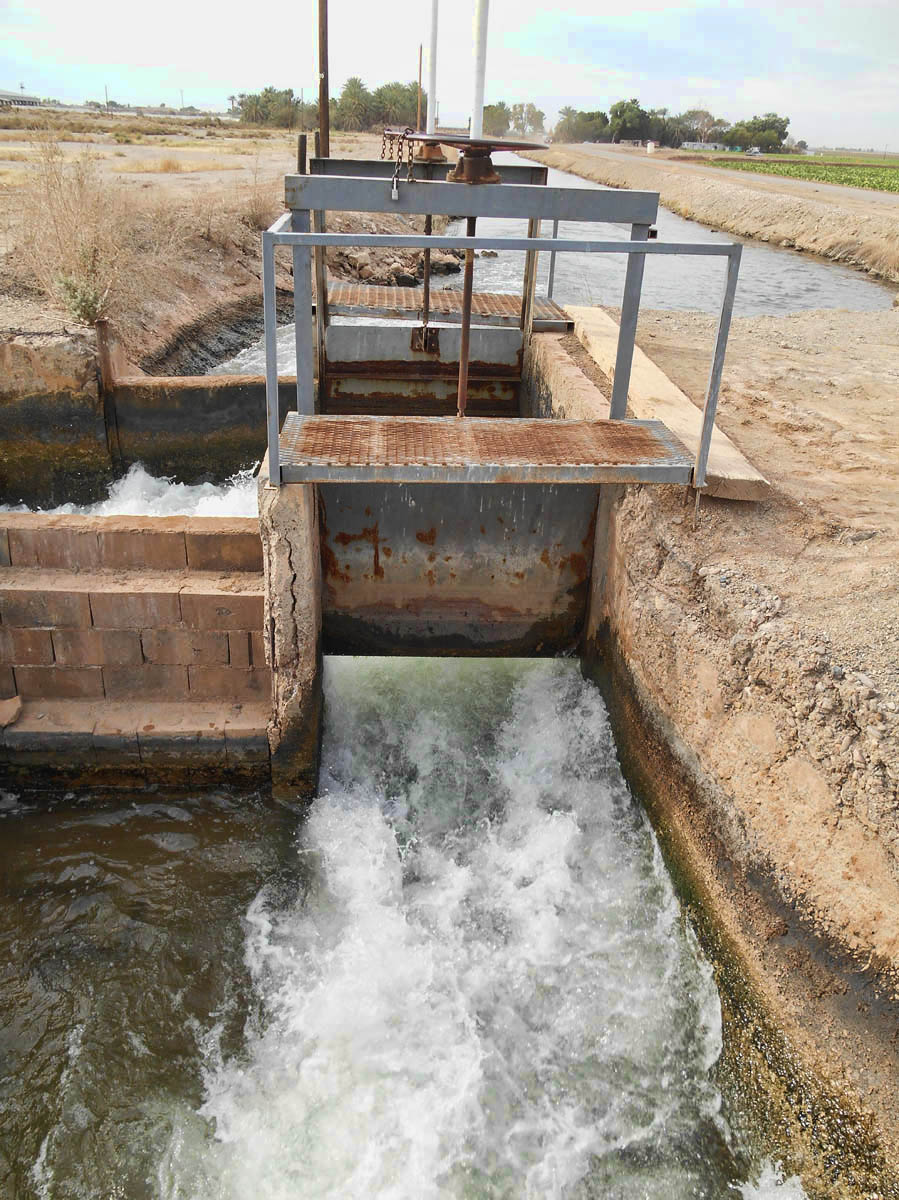 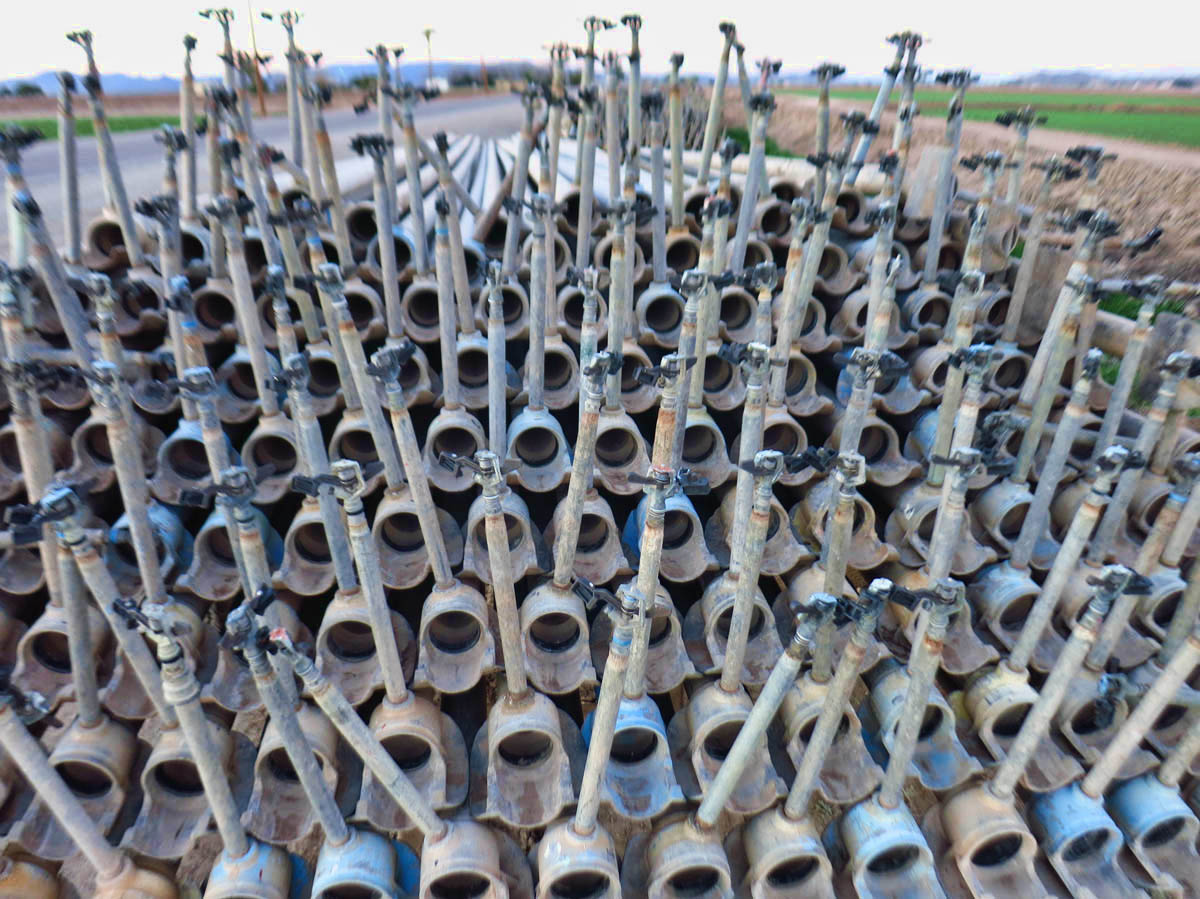 According to Wikipedia (internet law, of course,) Yuma is “the sunniest place on earth,” receiving eleven hours of sunshine per day, with an average of only 3 inches of rain per year.  The abundant sunshine, stable climate, silt-rich soil and the consistent water source from the Colorado River makes Yuma the winter vegetable capitol of the world.    It boosts Arizona up to the third largest in vegetable production in the nation, preceded only by California and Florida. 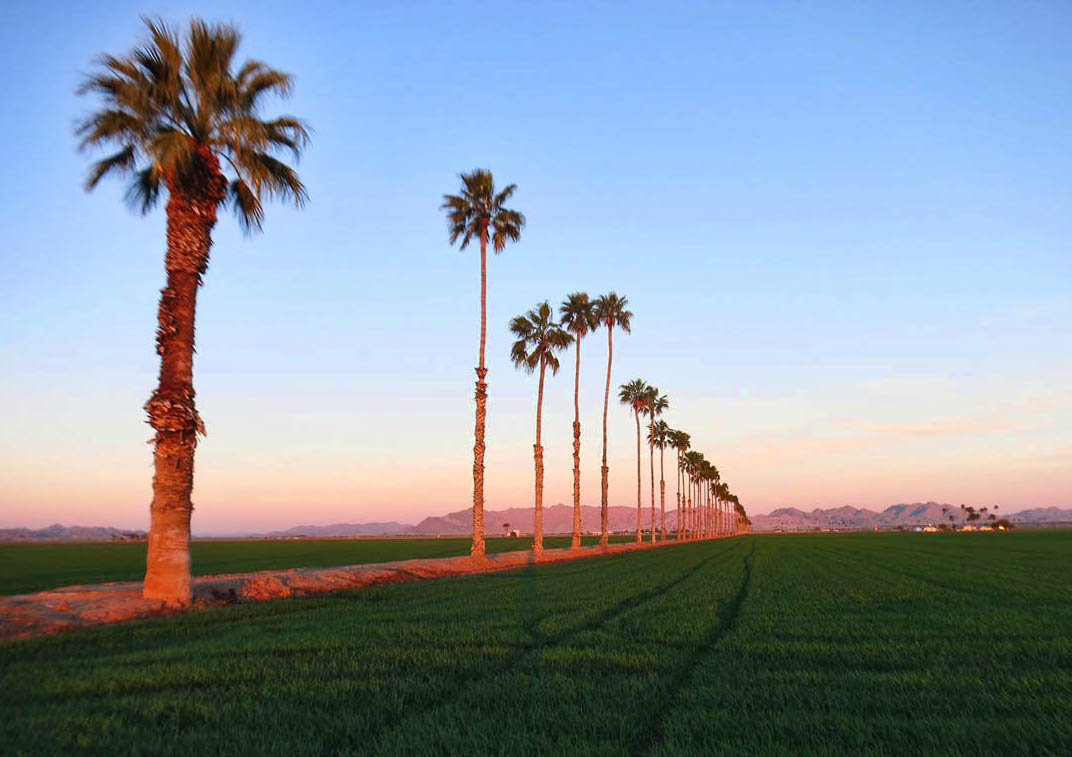 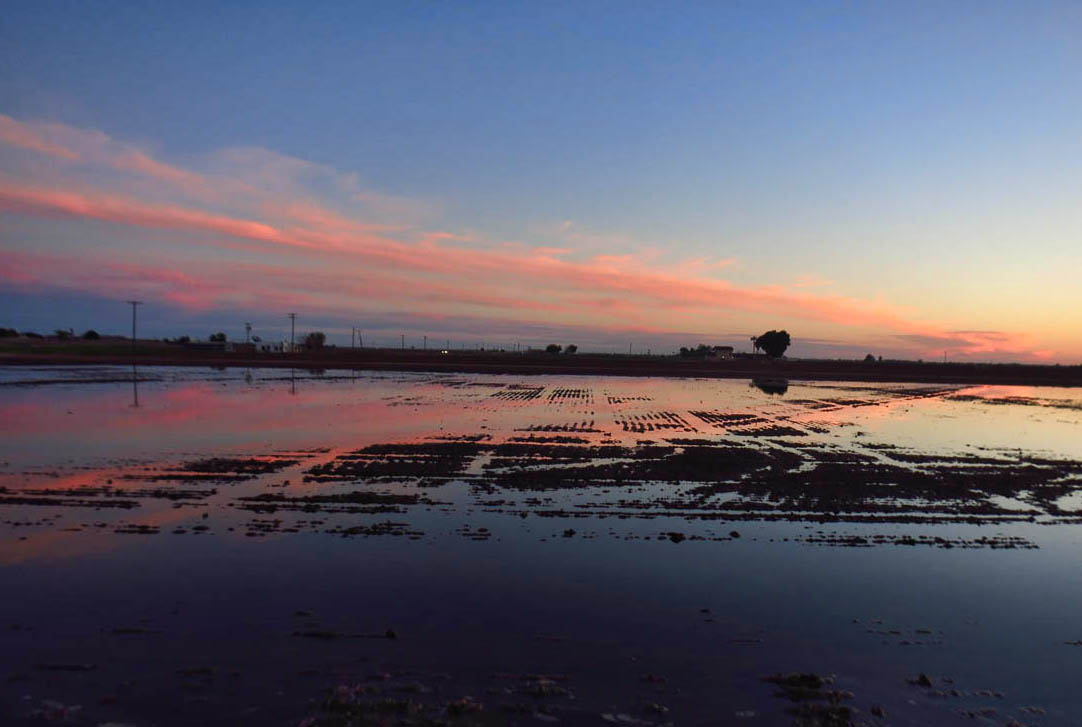 Field flooded by irrigation in prep for planting

Several of us wanted to take one of the many farm tours offered as part of Yuma’s Agritourism program.   Even though the tour offered “a healthy lunch,” at $45 a person, we all agreed that was too pricey for a U-pick salad. Alas, I would just have to be content to observe from the road, reminiscing about the sights and smells emanating from the earth, without the trouble and toil, work and worry endured by my parents, all for the sake of feeding their family… 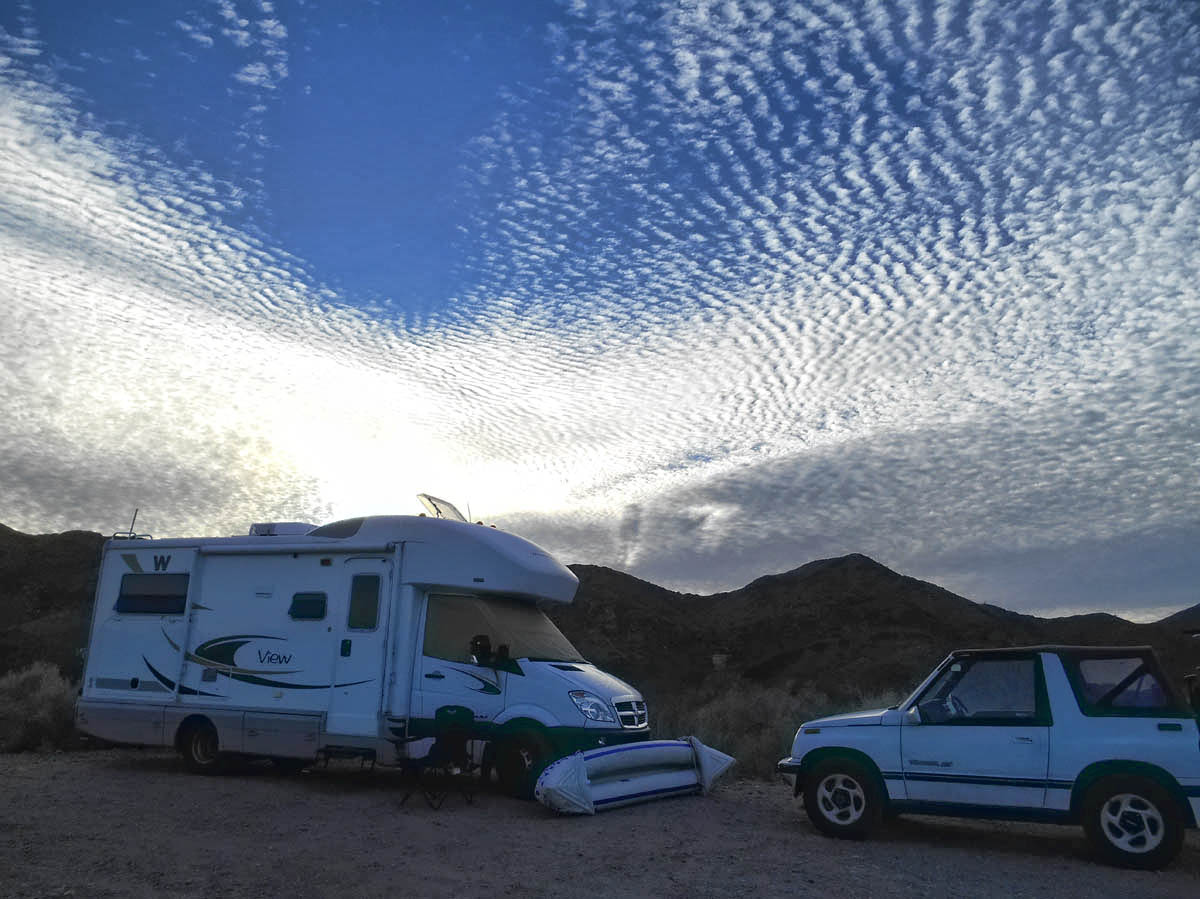 Fuss with my woman, toil for my kids
Sweat till I’m wrinkled and gray
While that lucky old sun got nothin’ to do
But roll around heaven all day

Dear Lord above, can’t you know I’m pining, tears all in my eyes
Send down that cloud with a silver lining, lift me to Paradise

Show me that river, take me across
Wash all my troubles away
Like that lucky old sun, give me nothing to do
But roll around heaven all day” 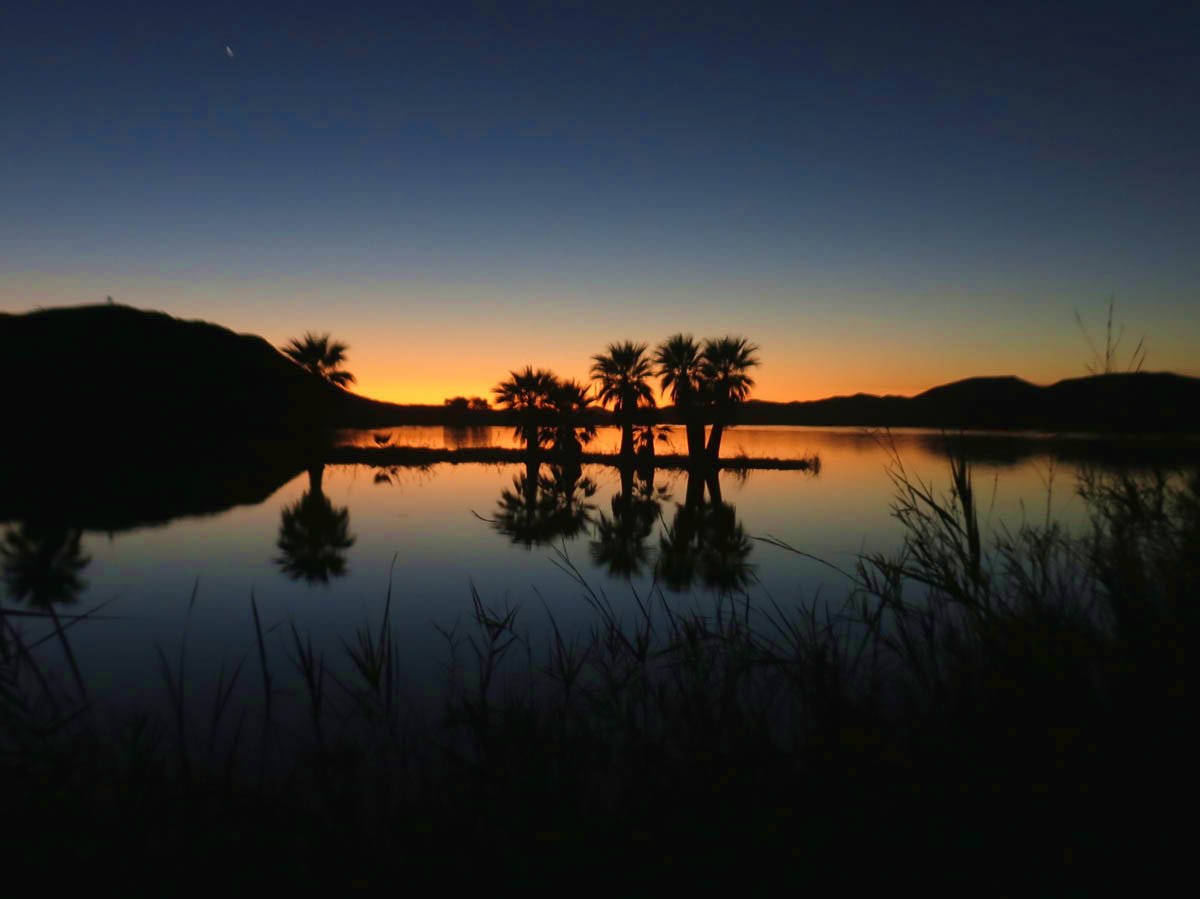