Well, the mercury for one.  It reached 93 degrees here.  The Saguaro National Park brochure says the average temperature for this time of year is 72 degrees.  Next year is the park’s 100th birthday.  This latest run of high temperatures makes me wonder if perhaps they have not updated the chart since establishing the park back in 1916. 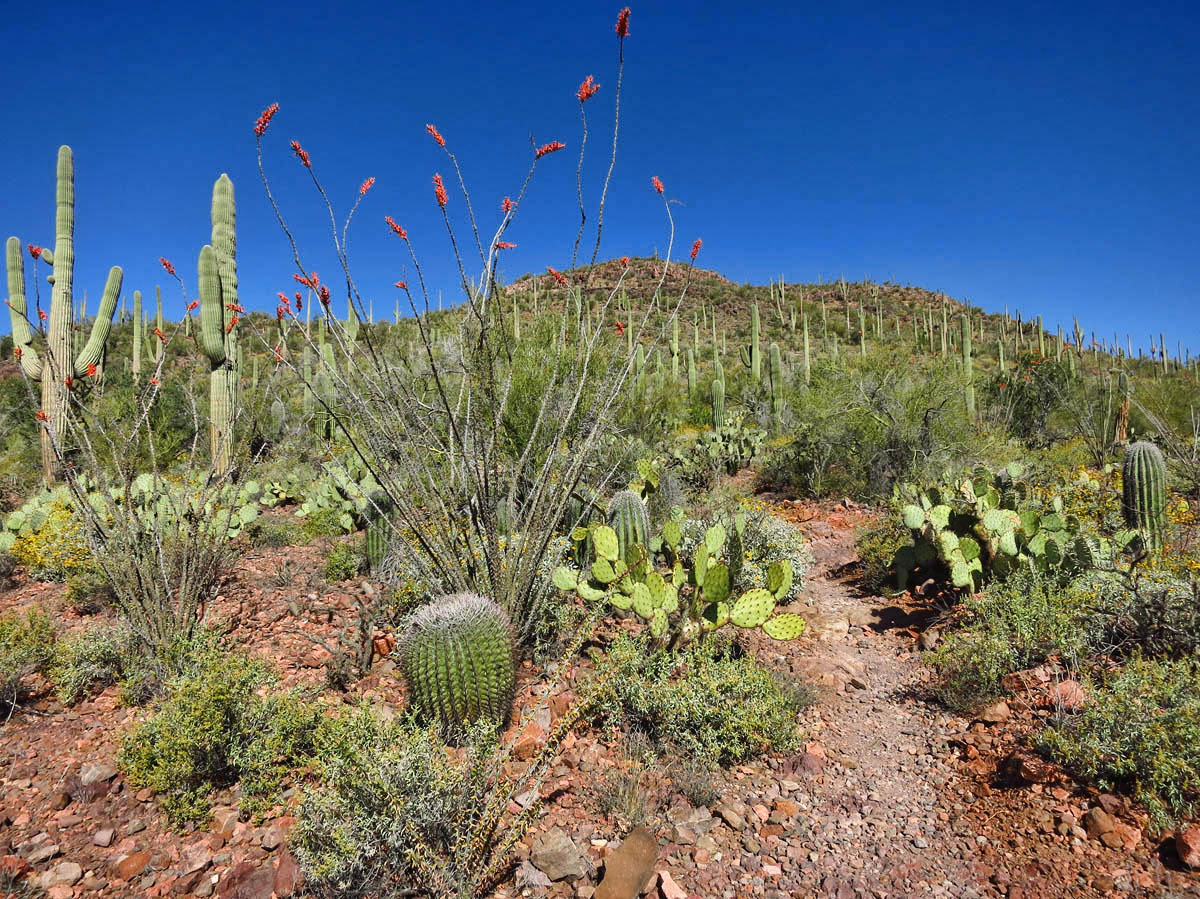 The trail to Brown Mountain is very green. 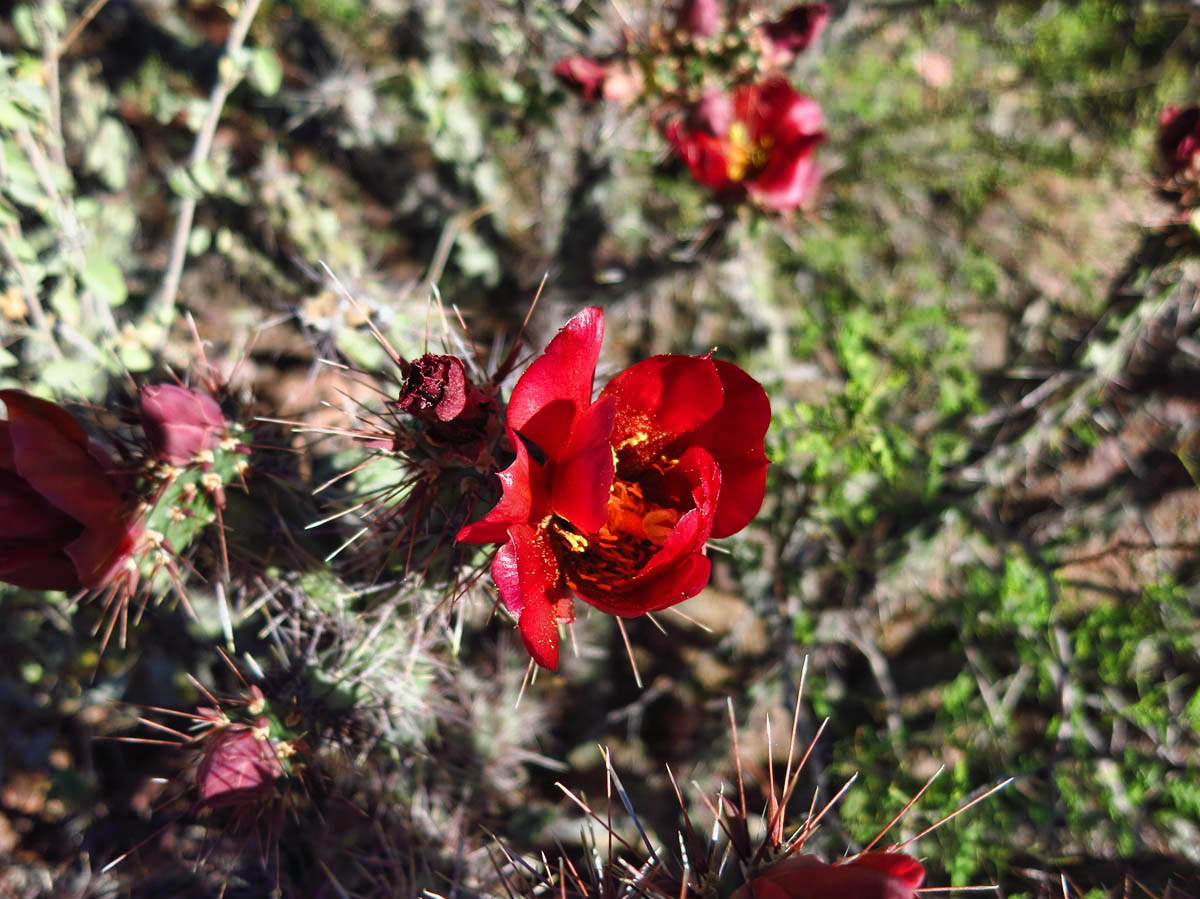 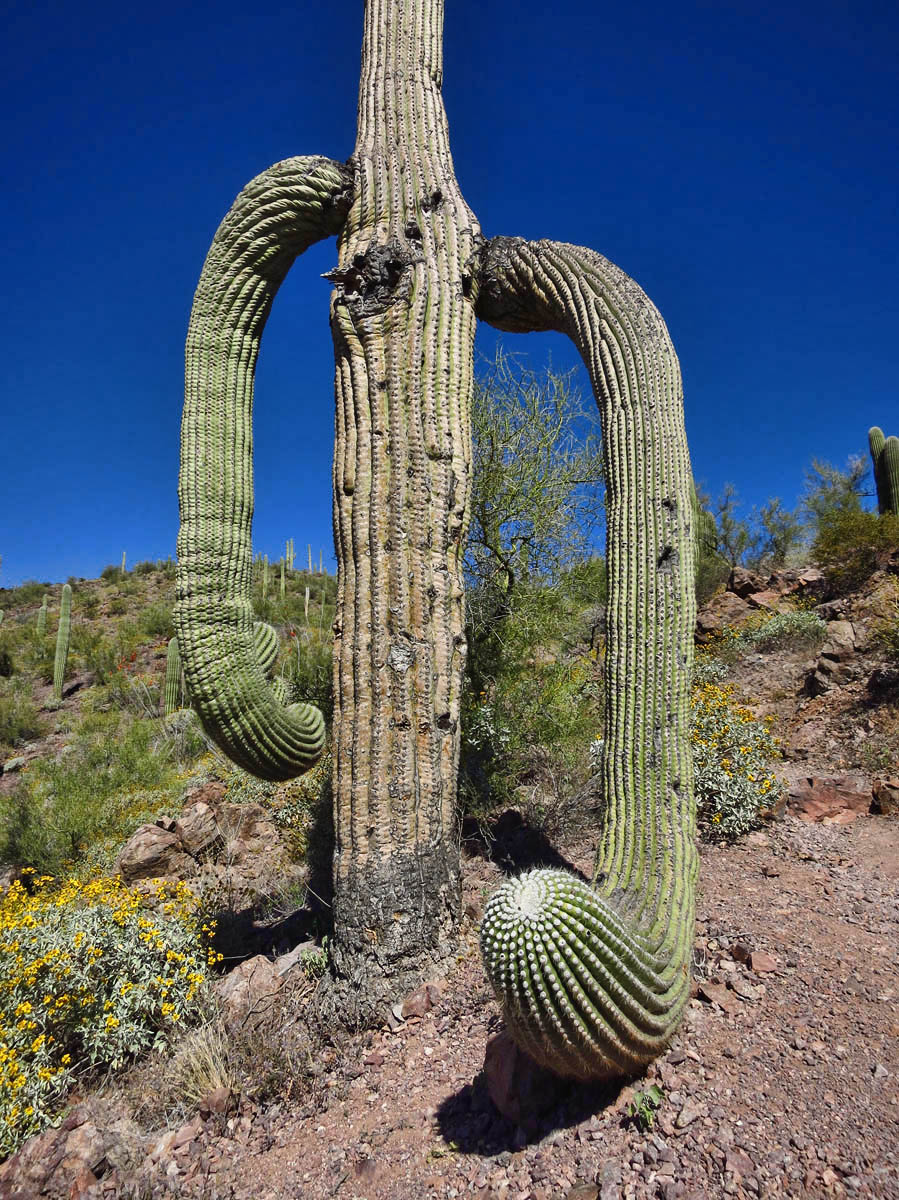 Occupancy is also up in Gilbert Ray.  Last year, I had the entire A Loop practically to myself.  This year, all of the outer sites and about a third of the inner sites were occupied.  I suspect this was due to the electric hook-ups, given the unseasonably high temperatures.  If this park ever adds showers, we are in trouble… 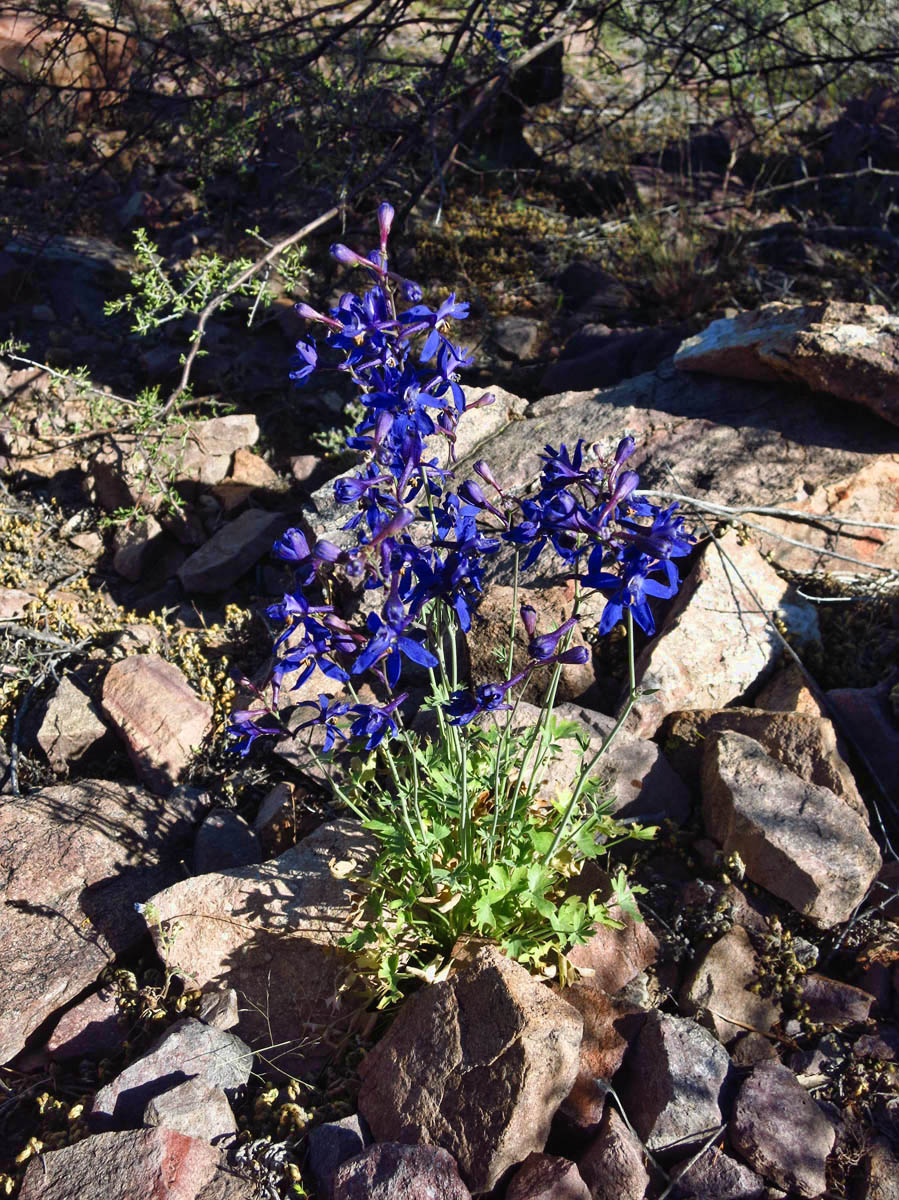 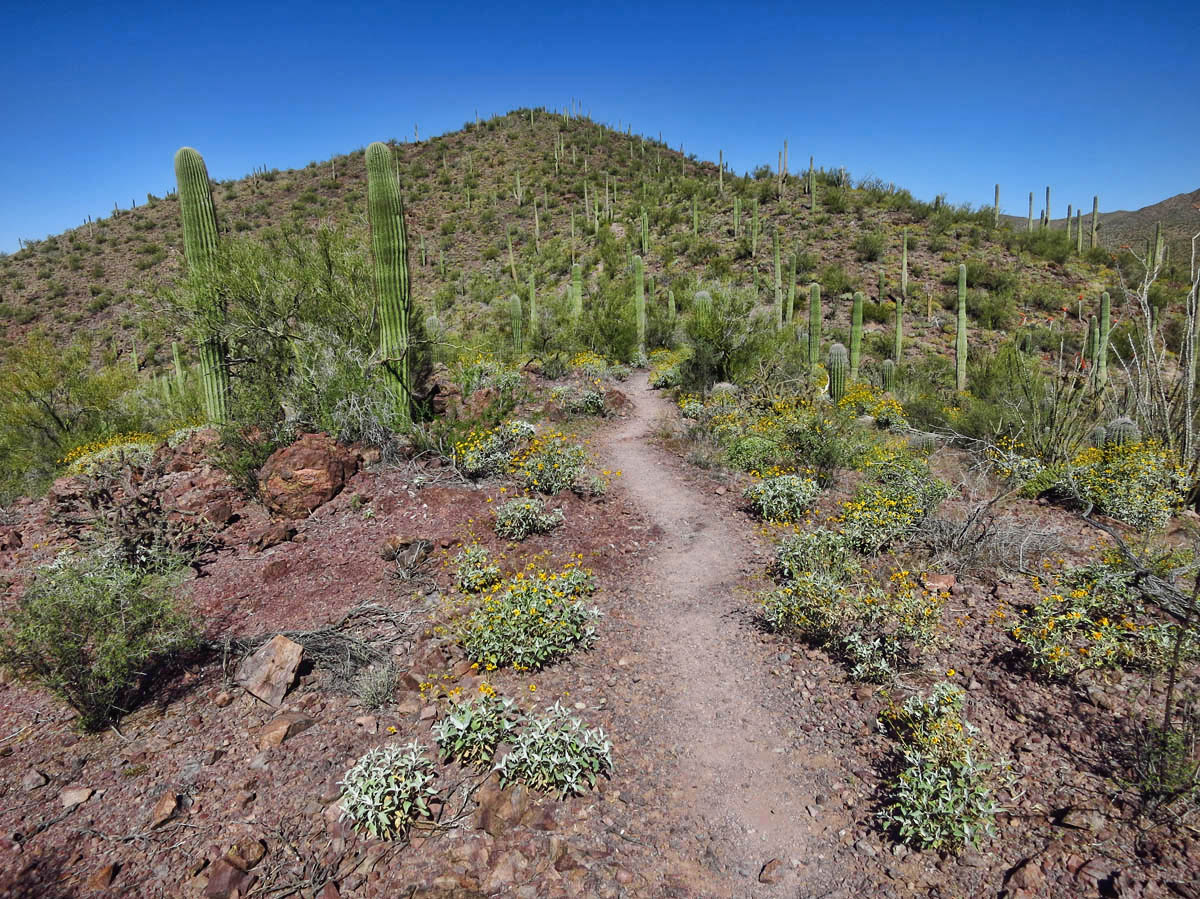 Also up are the wildflowers and cactus blooms!   The cholla blooms are sprouting up like roses.  I always marvel at how something so prickly can be so beckoning at the same time. 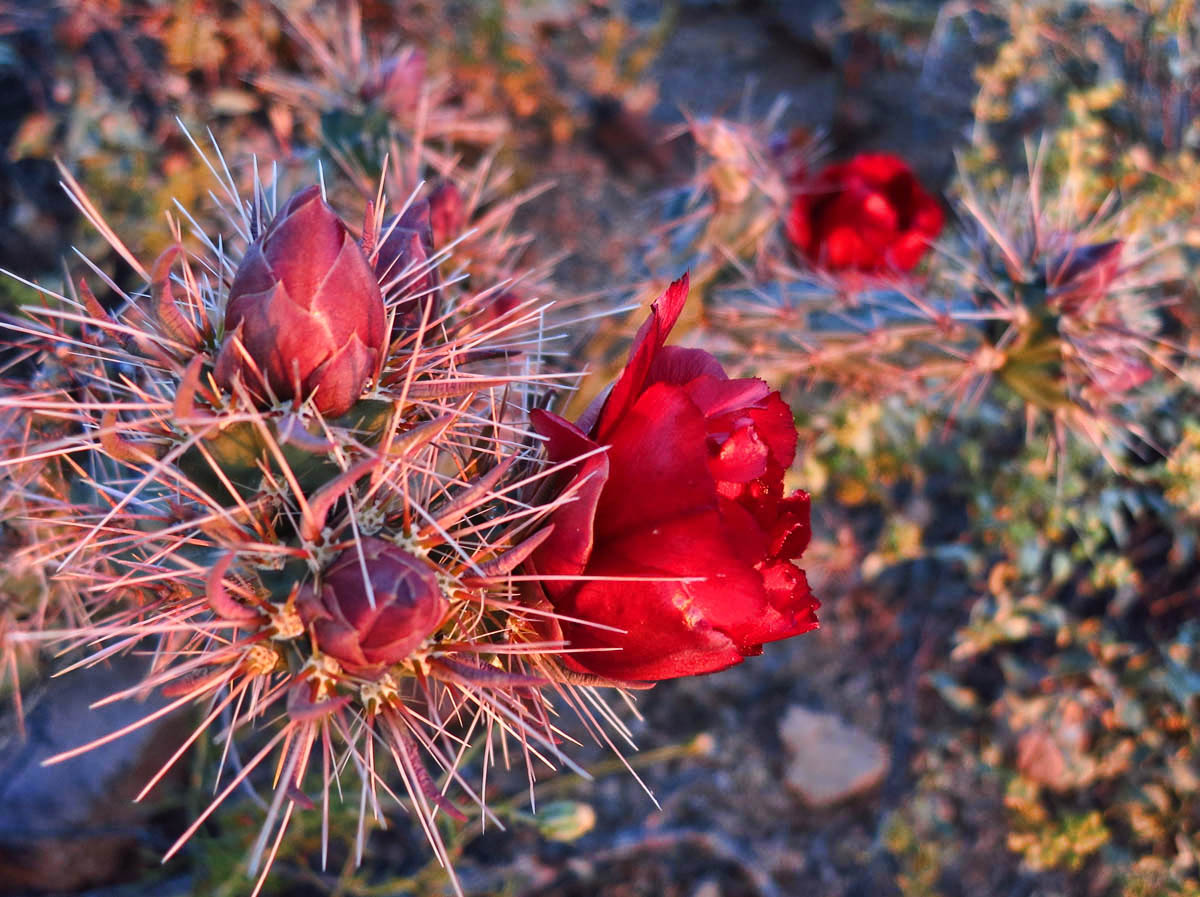 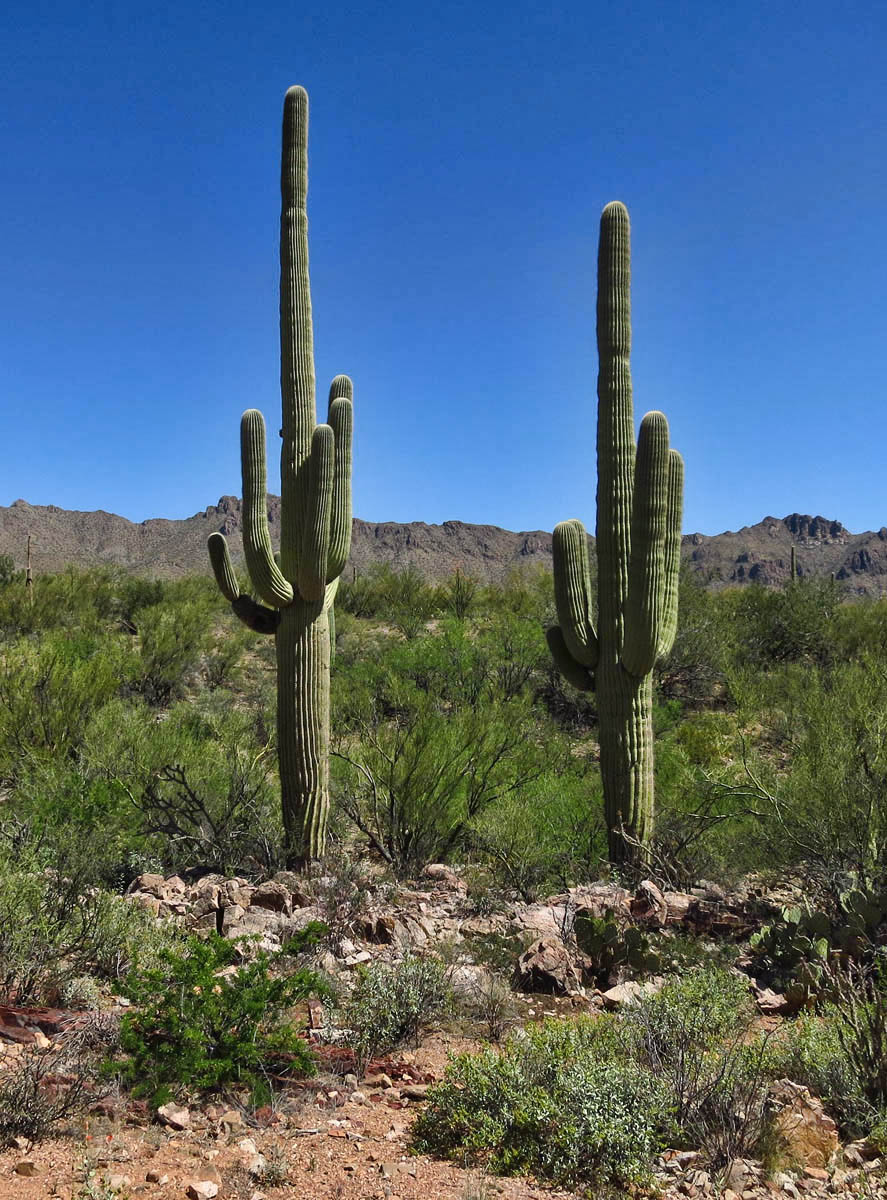 Don’t you think these guys could almost be twins? 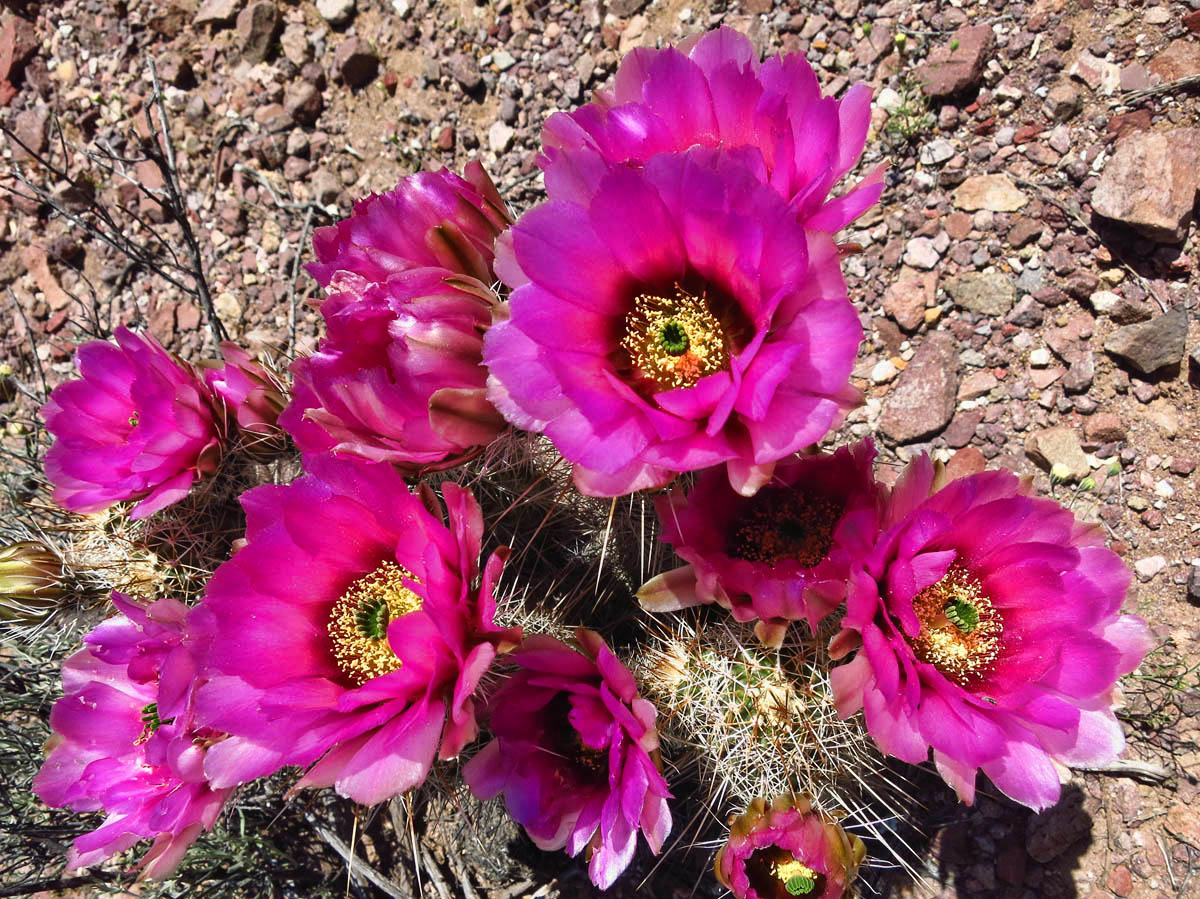 I was looking for some “up” in my desert landscape views, so I hiked the Brown Mountain / Cougar Trail loop in Tucson Mountain Park.    This 4 mile split-level loop is a great hike from Gilbert Ray, because the trail head is literally across the highway from the campground.  It starts out across several mountaintops, reverses directions at the Juan Santa Cruz picnic area just outside the Sonoran Desert Museum, then returns along the desert floor.  I crested three small summits on this hike, each of them “brown.”  I never could tell which one for sure was Brown Mountain. 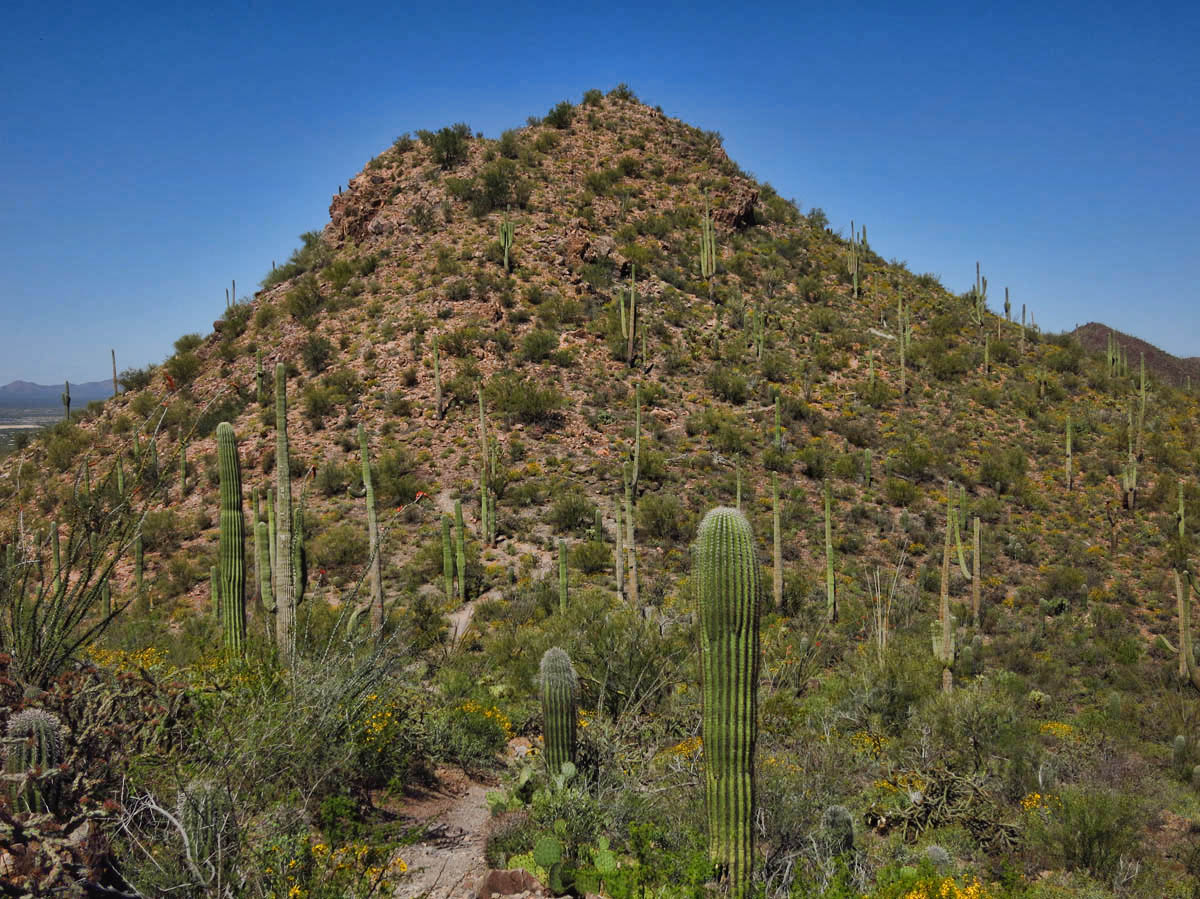 The Brown Mountain, or a brown mountain? 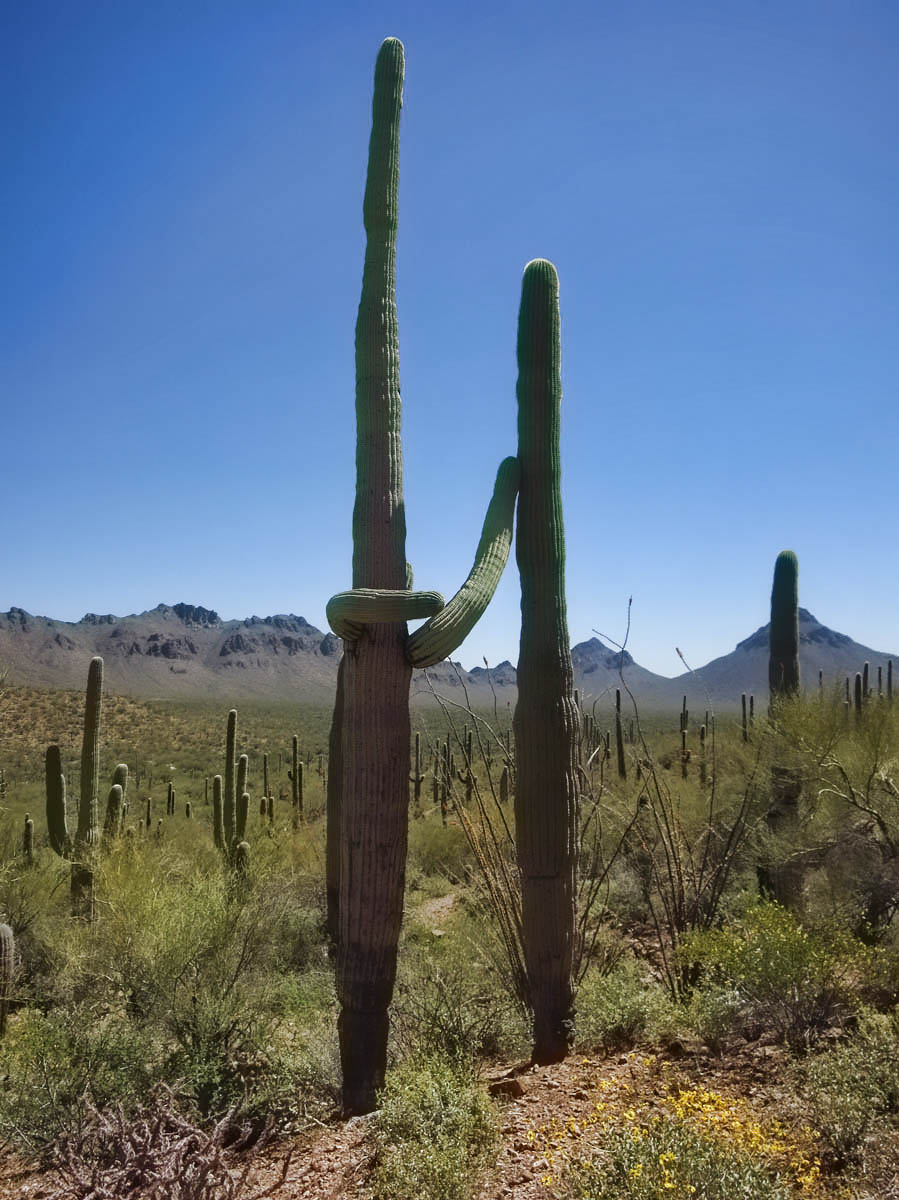 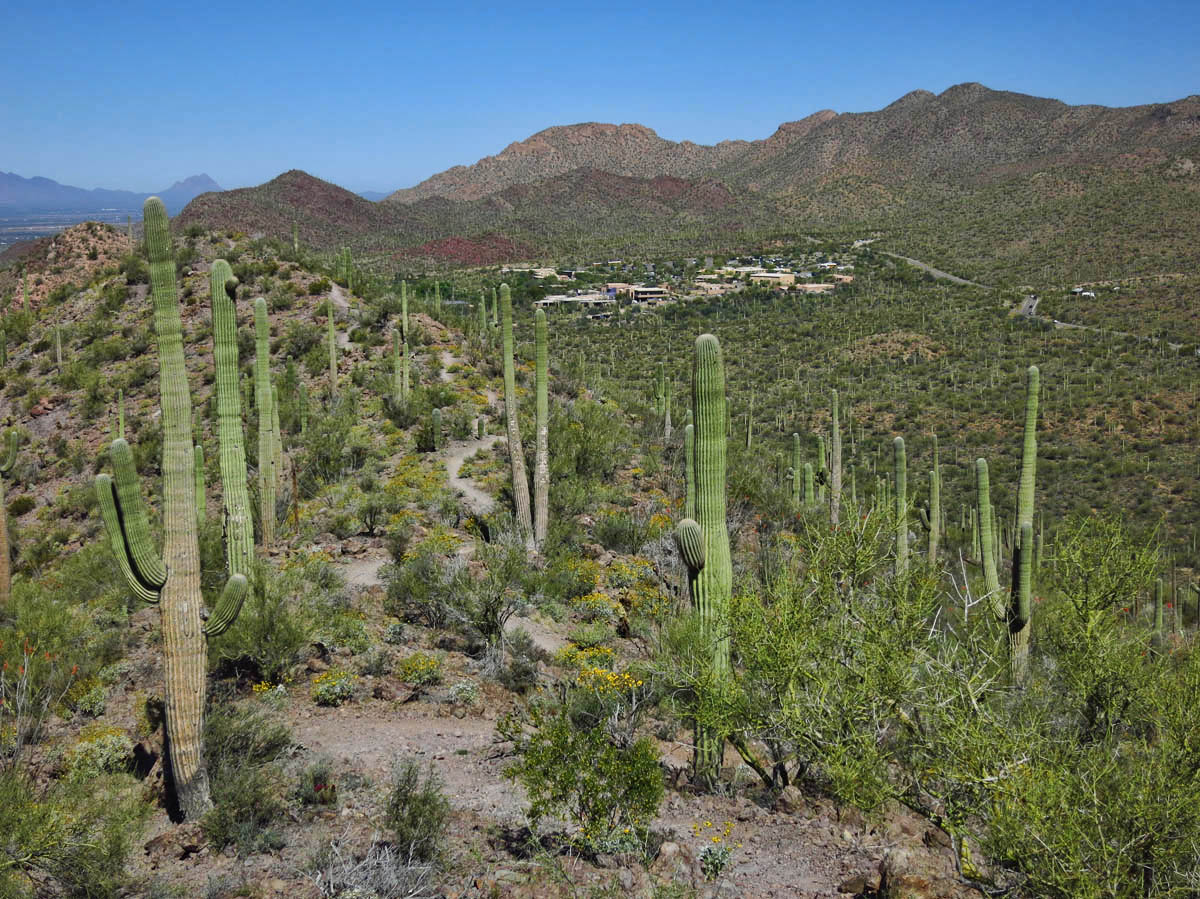 Sonoran Desert Museum is at the end of Brown Mountain / Cougar Loop Trail. 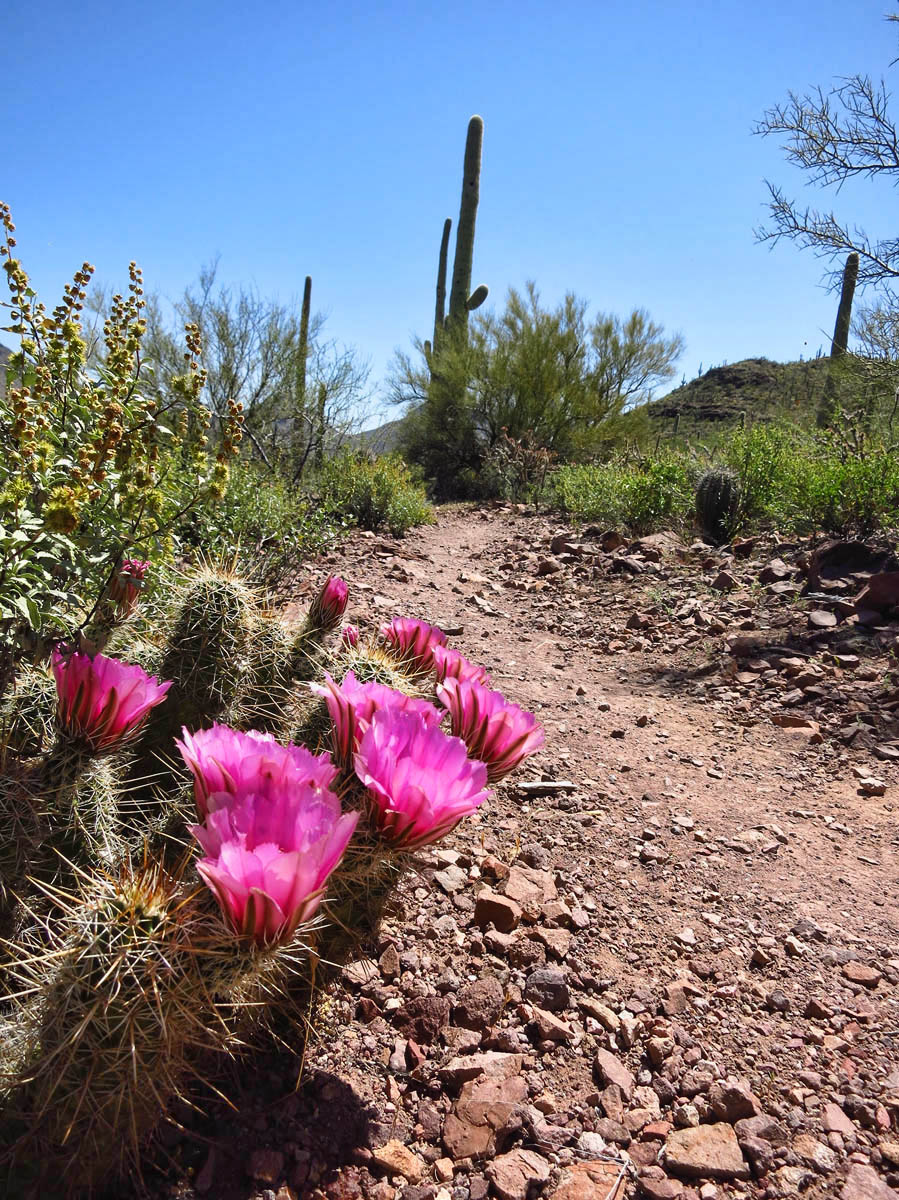 And the Bajada Loop Trail turned out to be a deceiving “up!”  I drove this 12 mile loop in the Tracker during my visit last year, and my recollection was mostly a flat, gravel road.  So you know how “uphill” can sometimes be deceiving when there are mountains in front of you?  Well, I kept wondering what was wrong.  I checked my tires for air.  I checked to be sure my brake pads hadn’t slipped in some way and were rubbing on the rims.  I just couldn’t seem to make any headway on the dirt road, which looked so reasonably flat ahead. 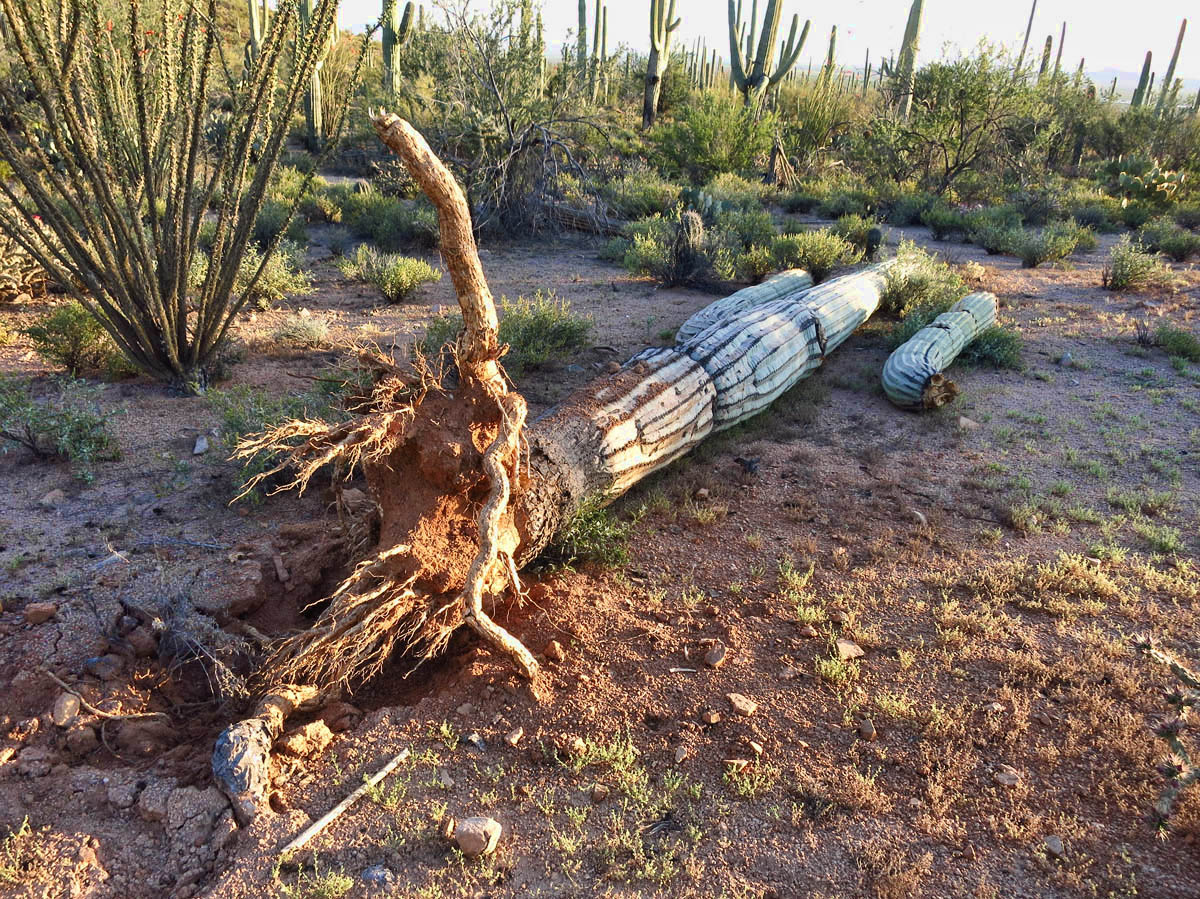 A fallen soldier. Very shallow roots for such a big guy. 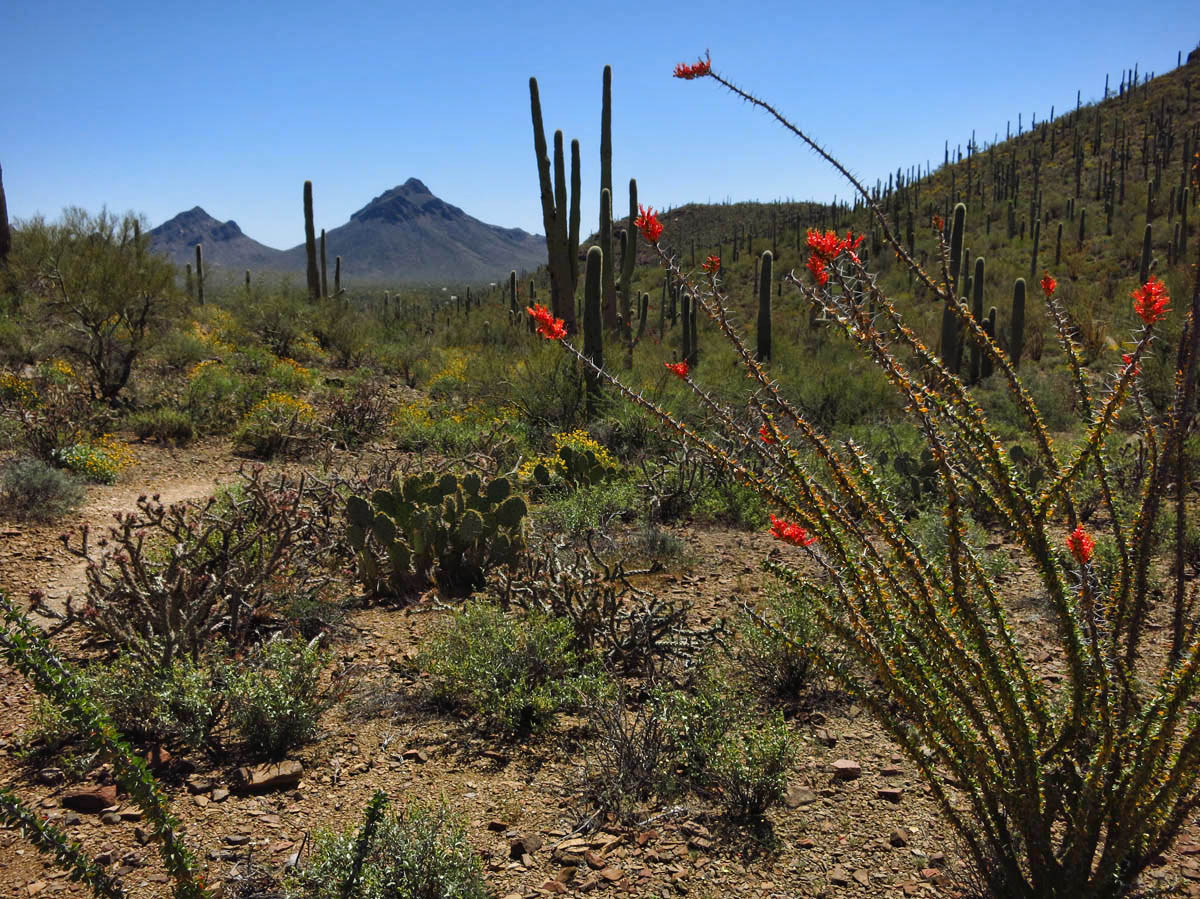 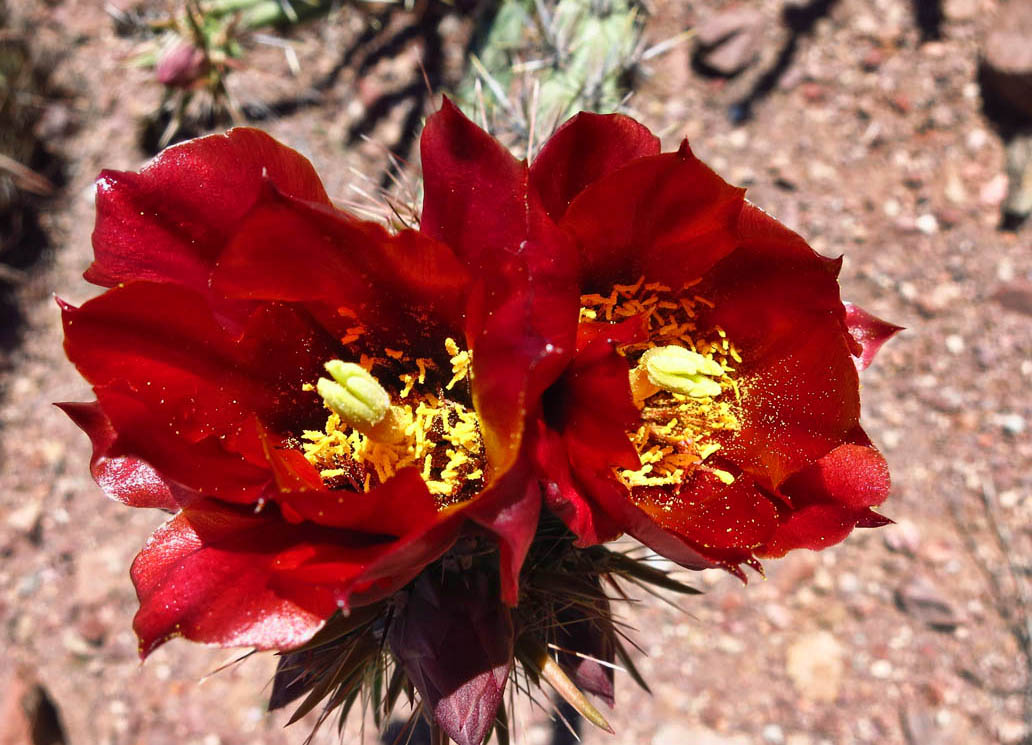 Then I reached my “turn time” as the sun was setting.  Returning back to the car was a white knuckle ride!   I had no idea I had ridden uphill for an hour!    I never let off the brakes, alternating front and back all the way back to the car.  It was a scary ride on such a bumpy dirt road, but exhilarating as the cooling night desert air moved in, and glow of the setting sun came up along the horizon… 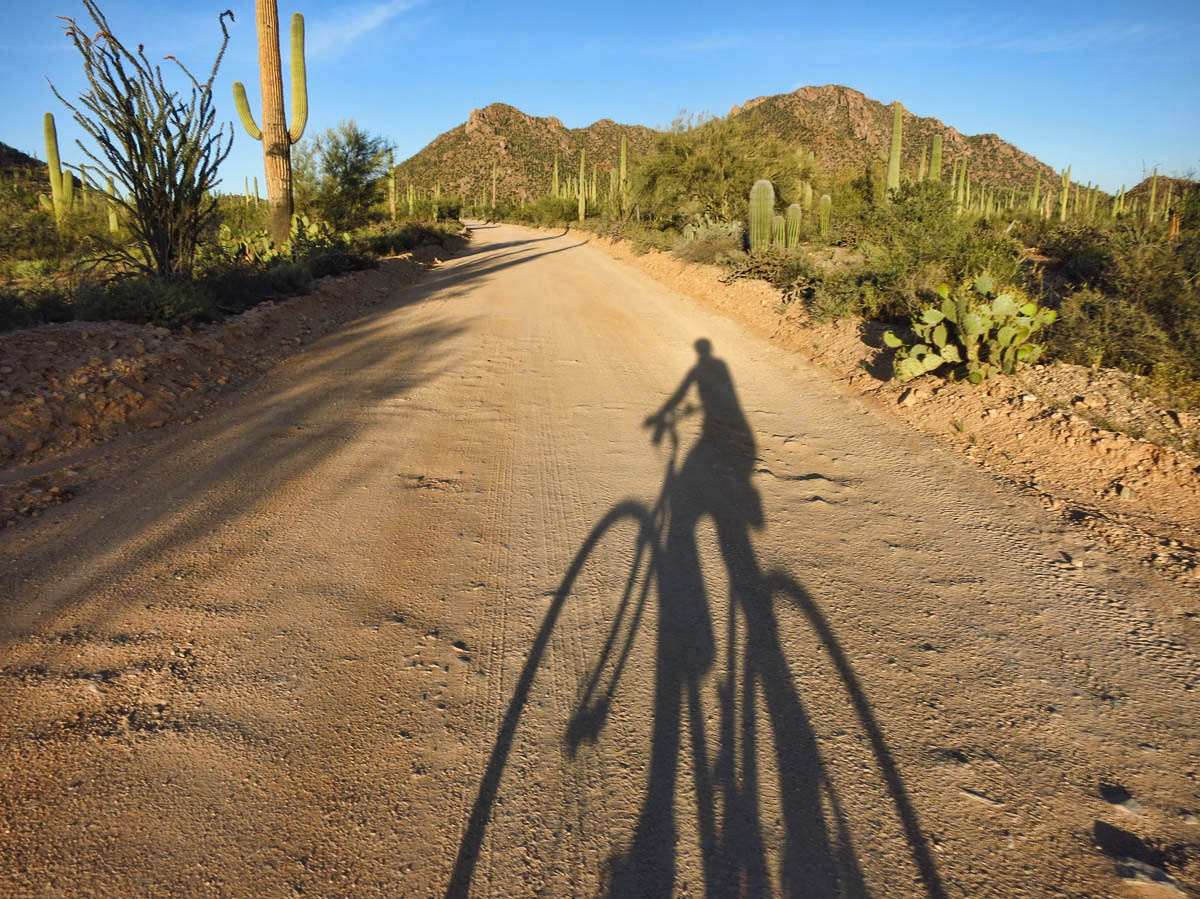 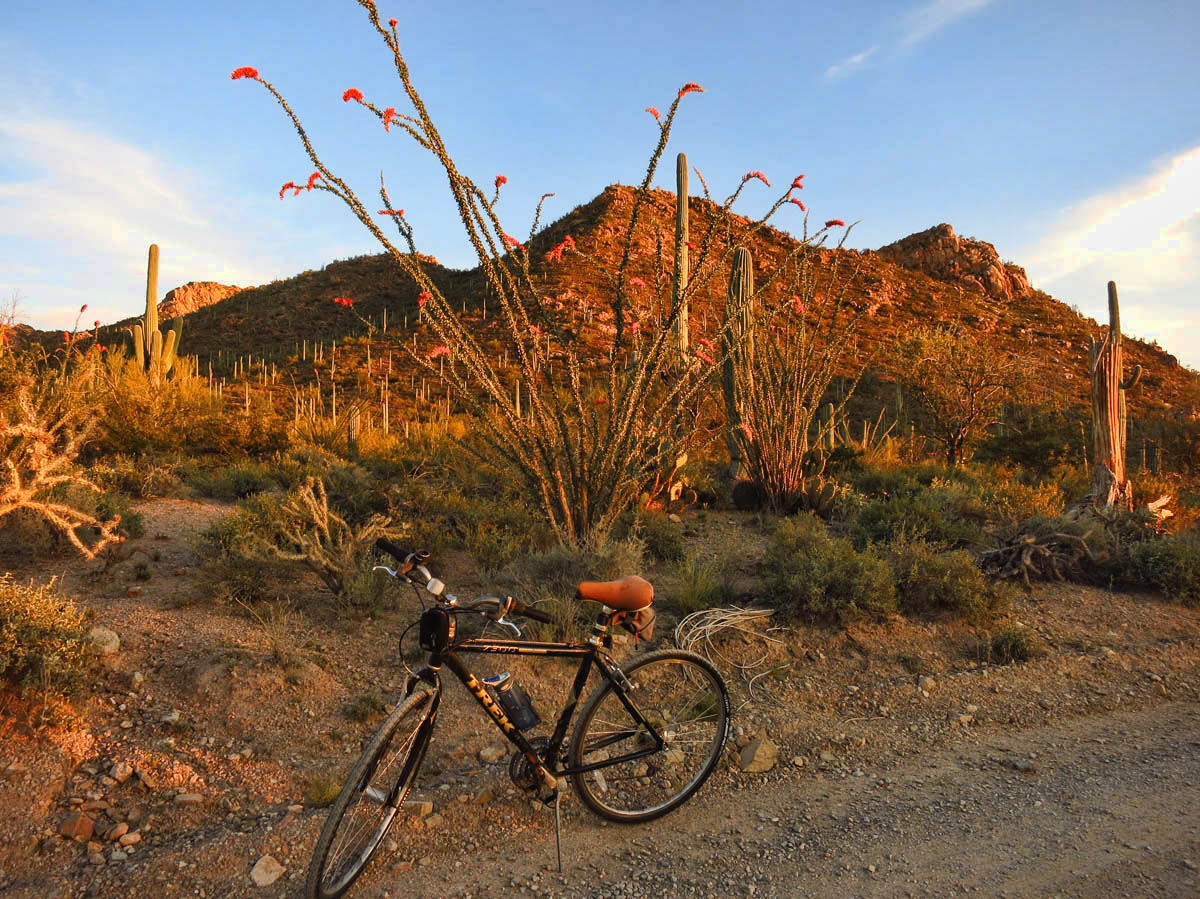 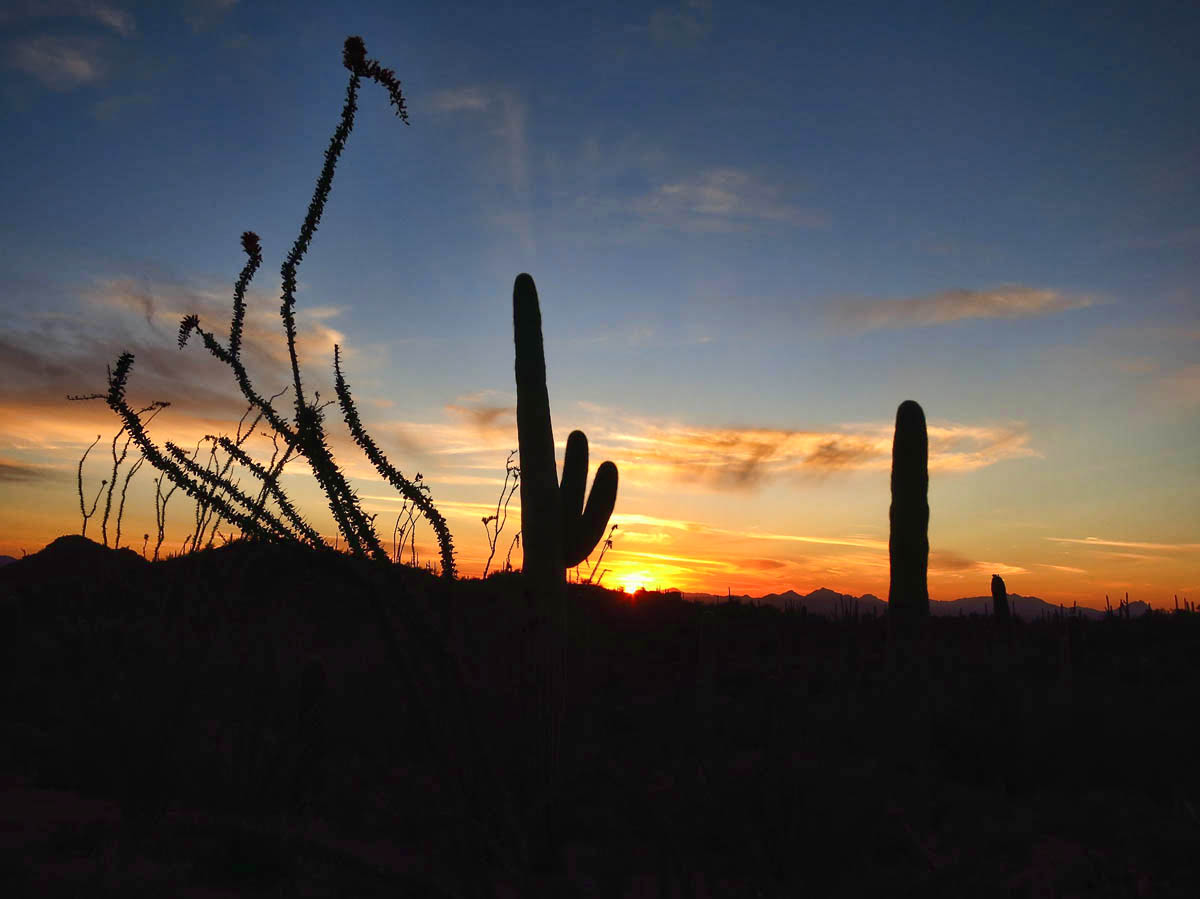 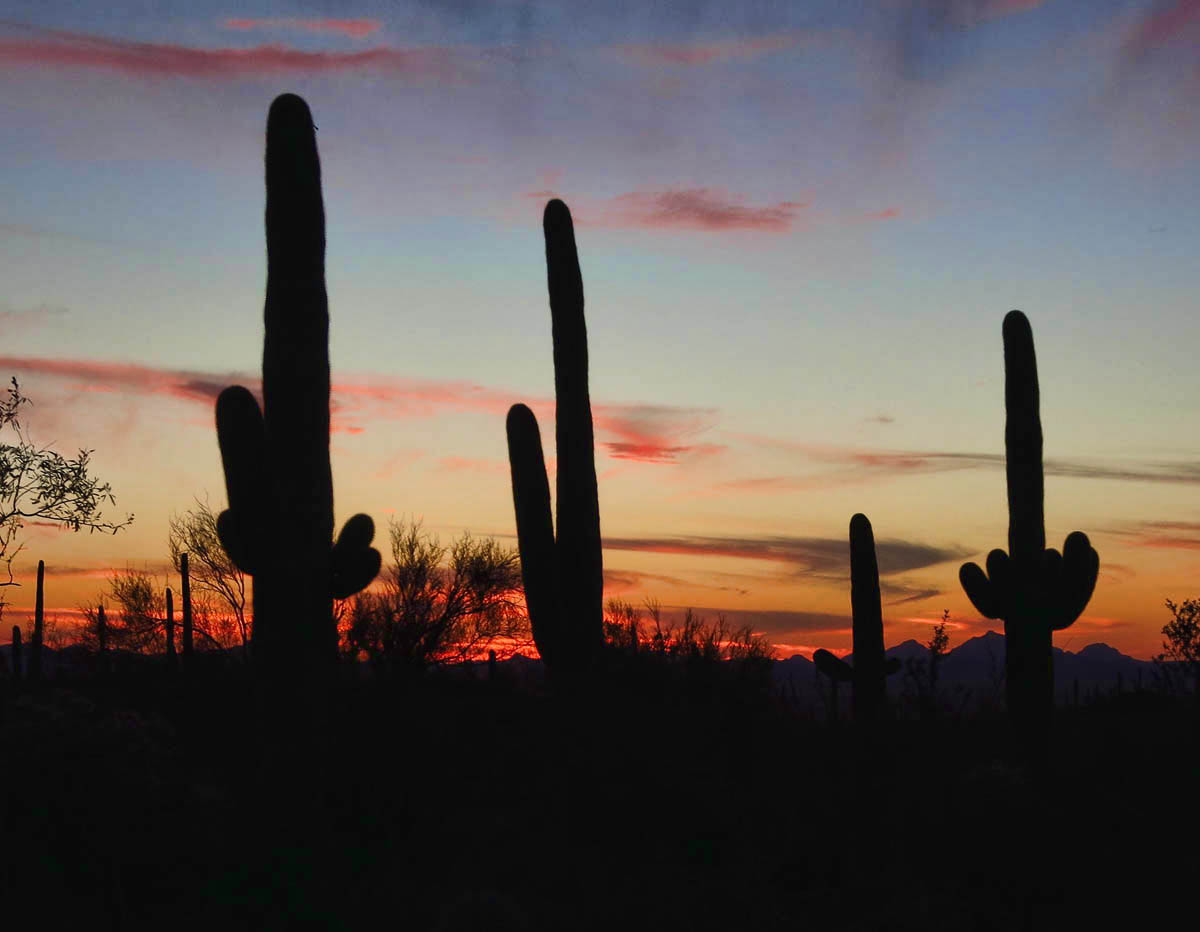 26 thoughts on “What’s Up At Gilbert Ray”