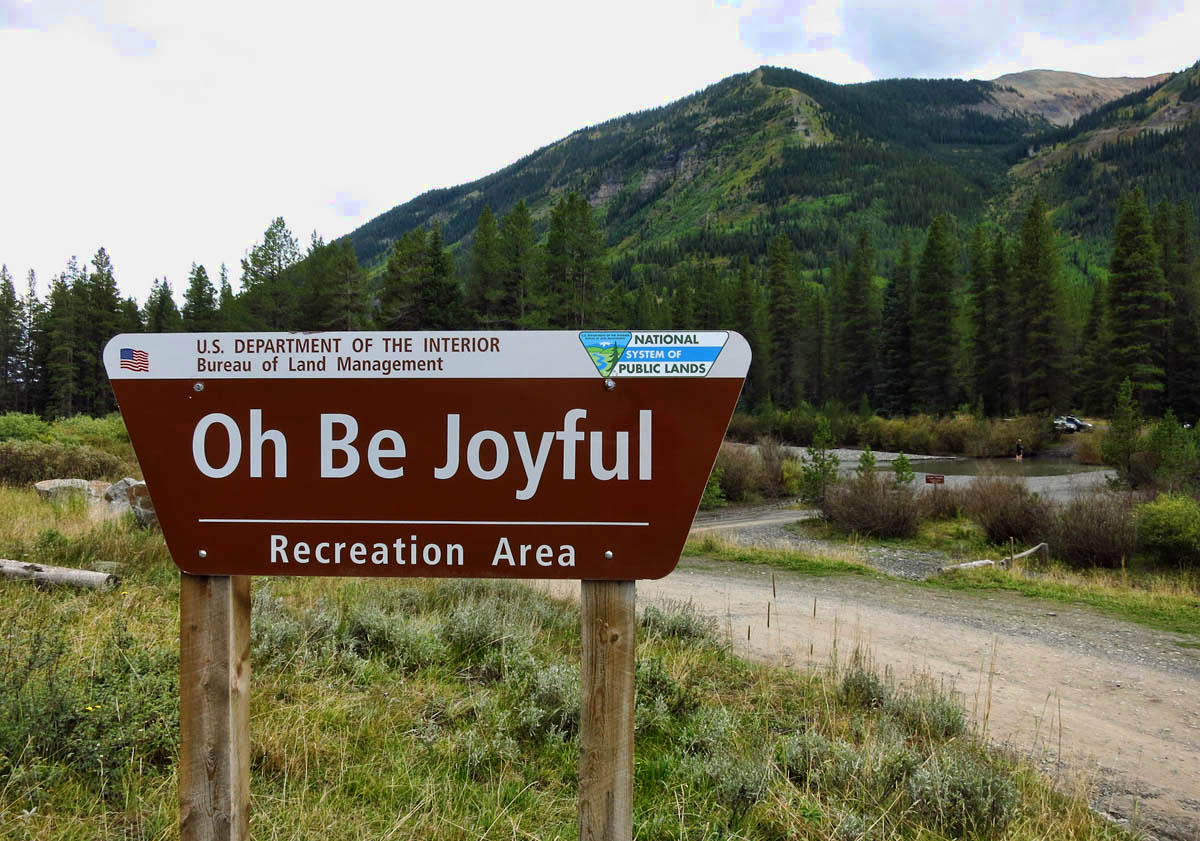 I move on to Crested Butte to ride out Labor Day Weekend. My hope is if I get there a couple of days before the start of the weekend, I can secure a good boondocking location on Washington Gulch Road before the holiday crowds arrive. But the crowds all know something I don’t know, apparently. It is going to rain, and it’s gonna rain hard. Even some lentil-sized hail thrown in. And, it’s gonna be c-c-c-cold! 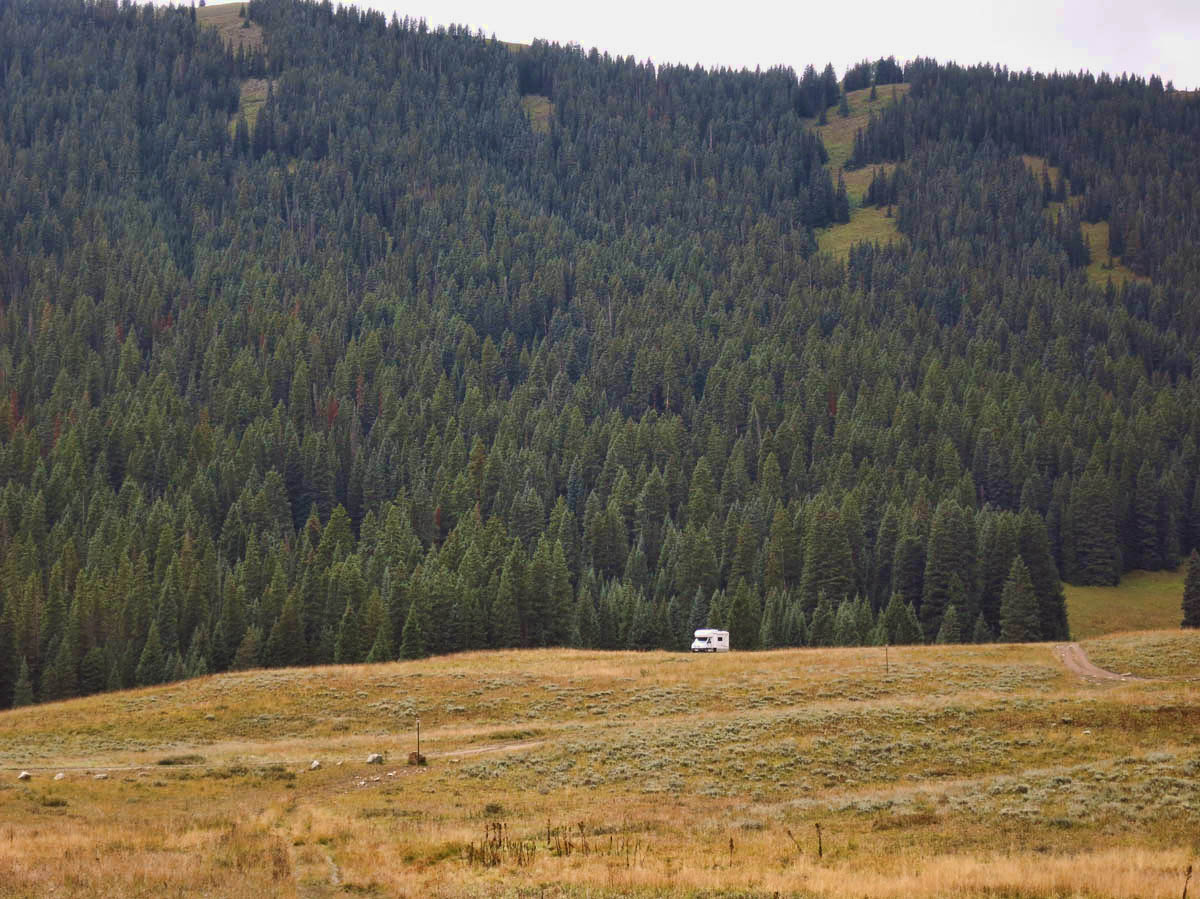 Waiting on the Labor Day Crowds on Washington Gulch Rd. 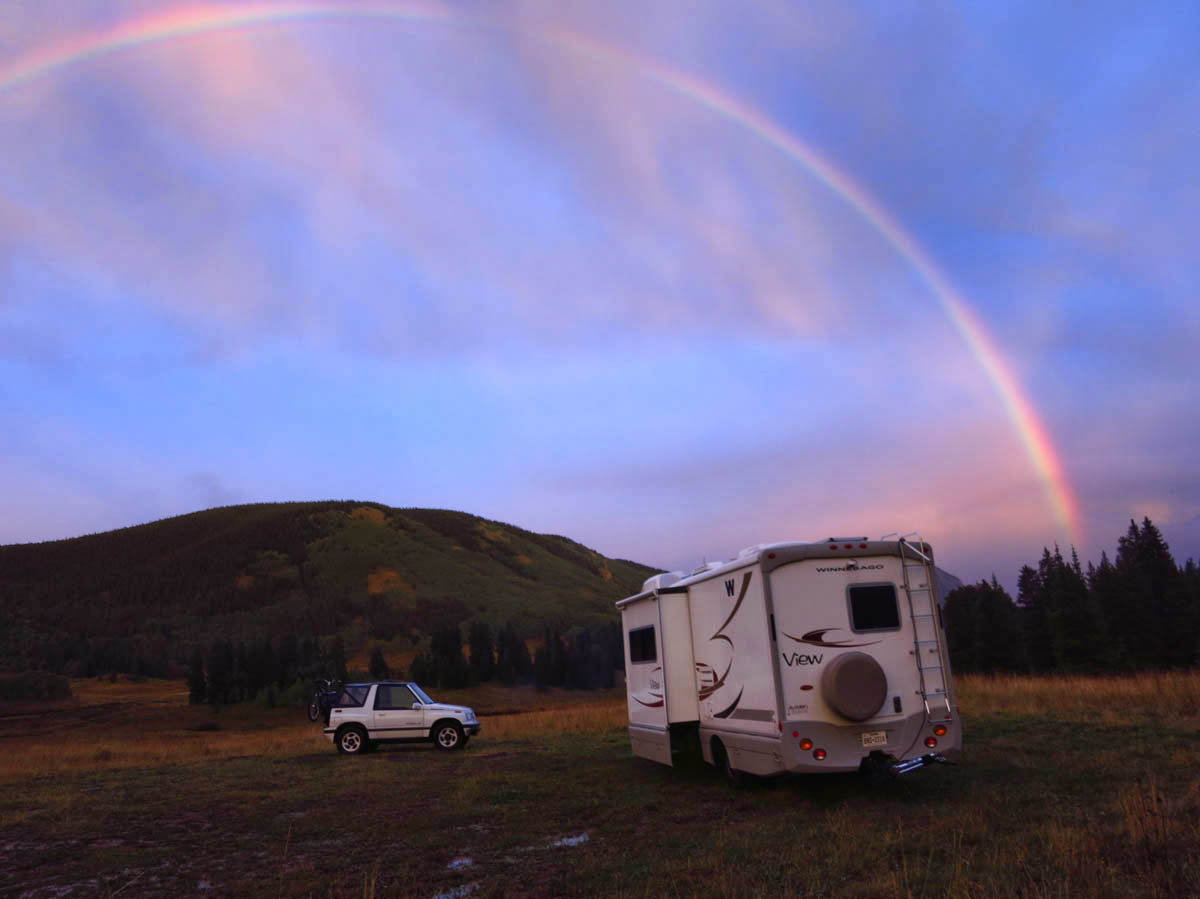 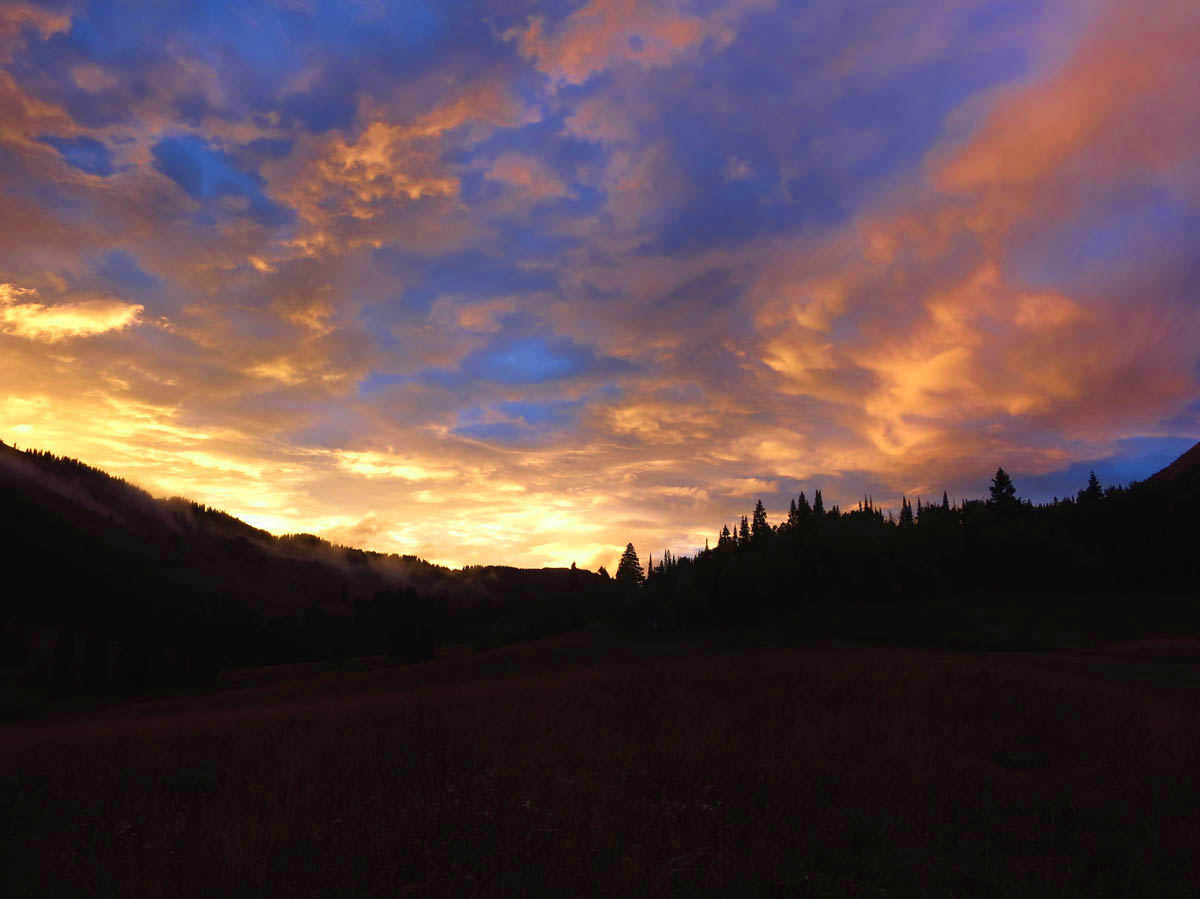 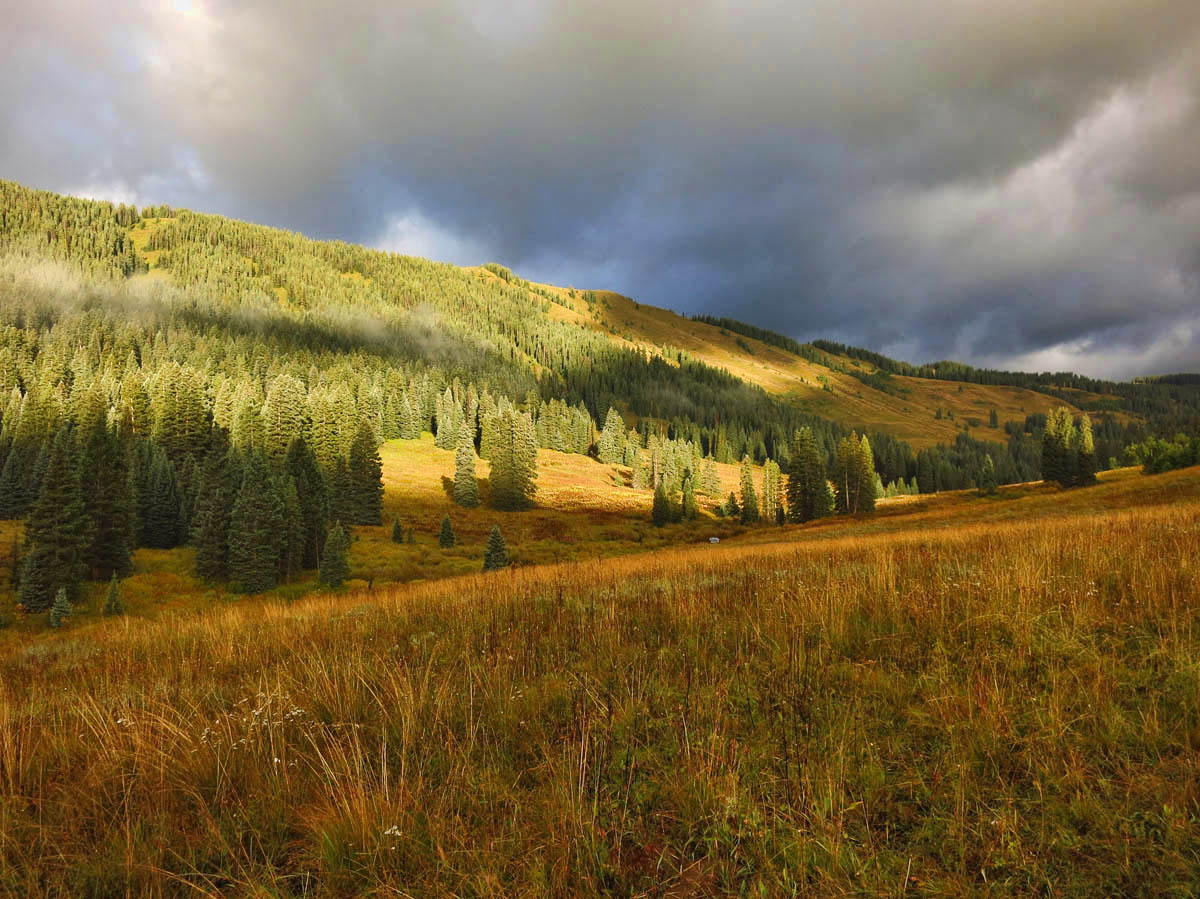 View of the meadow out my back window.

I can’t seem to acclimate here. The Meadow is at an altitude of over 9,600 ft, and I can’t breathe. Everything in this town looks dark to me. The skies are dark. The forest around the meadow looks dark. Even the wooden buildings on Elk Street, water-logged from all the rain appear dark. Washington Gulch has turned into a marshy, muddy mess, and I am sinking fast both literally and figuratively. 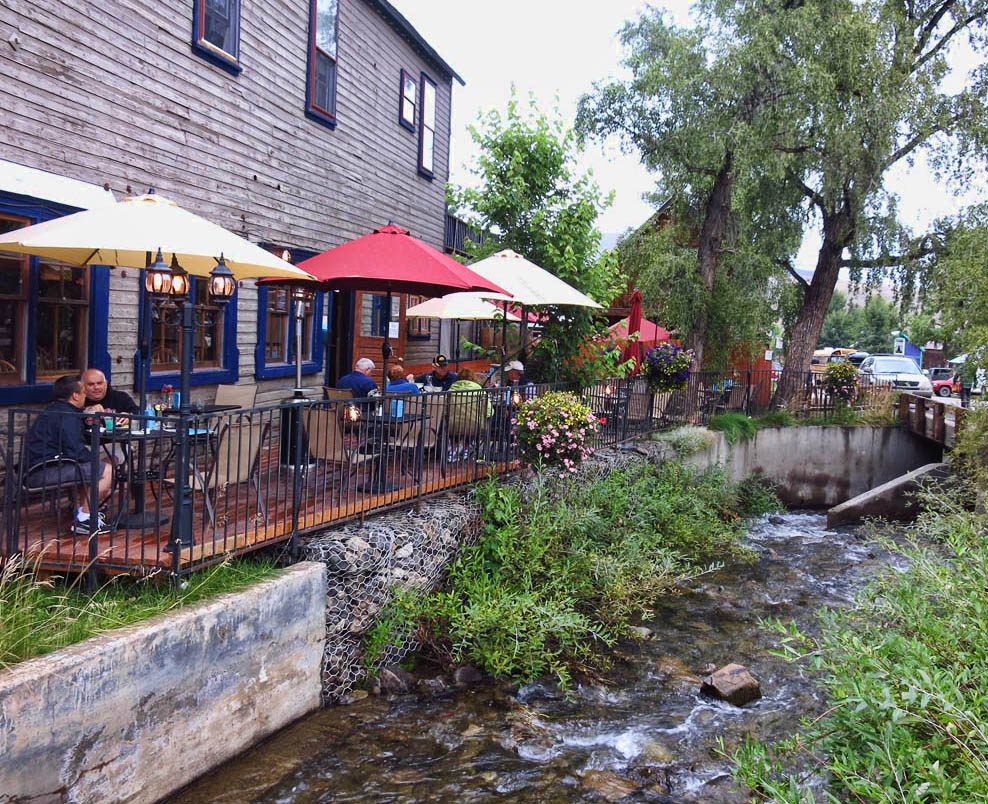 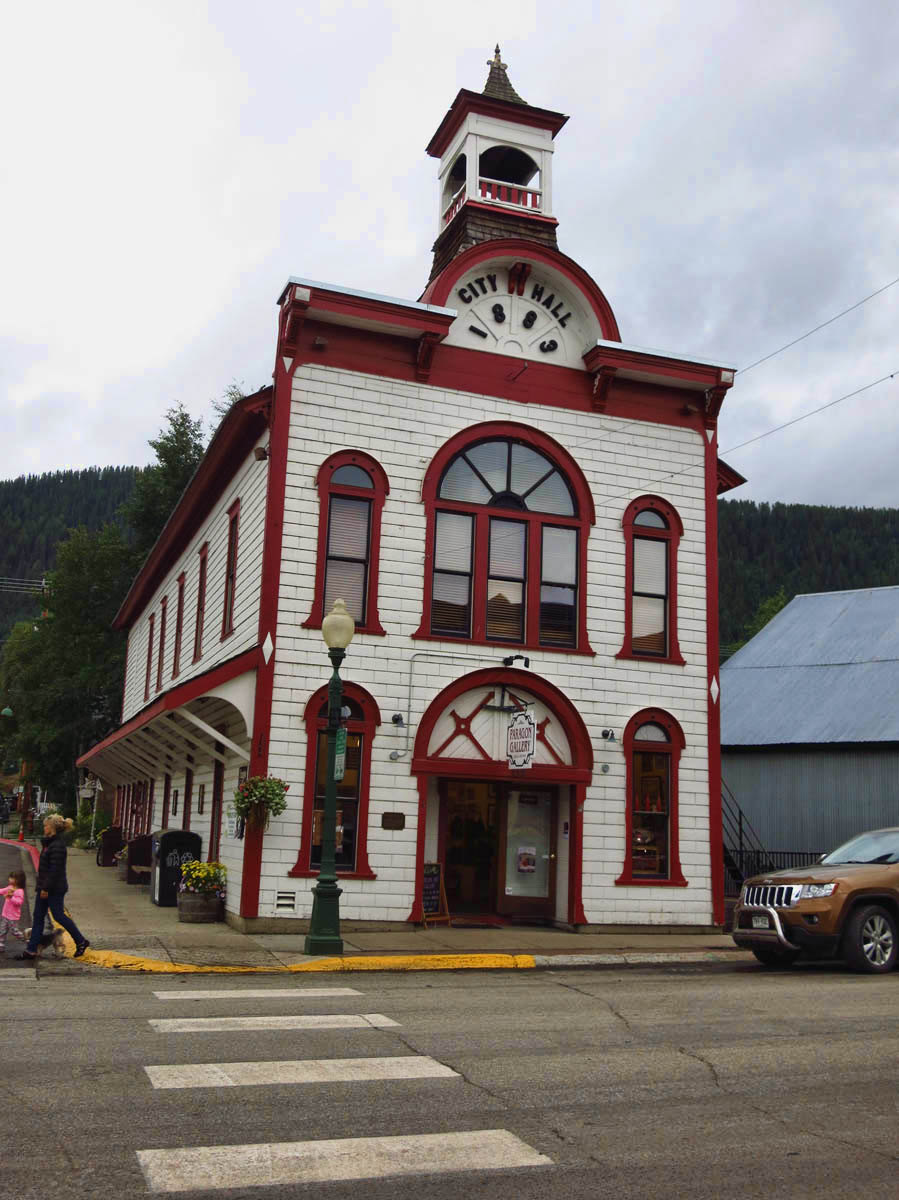 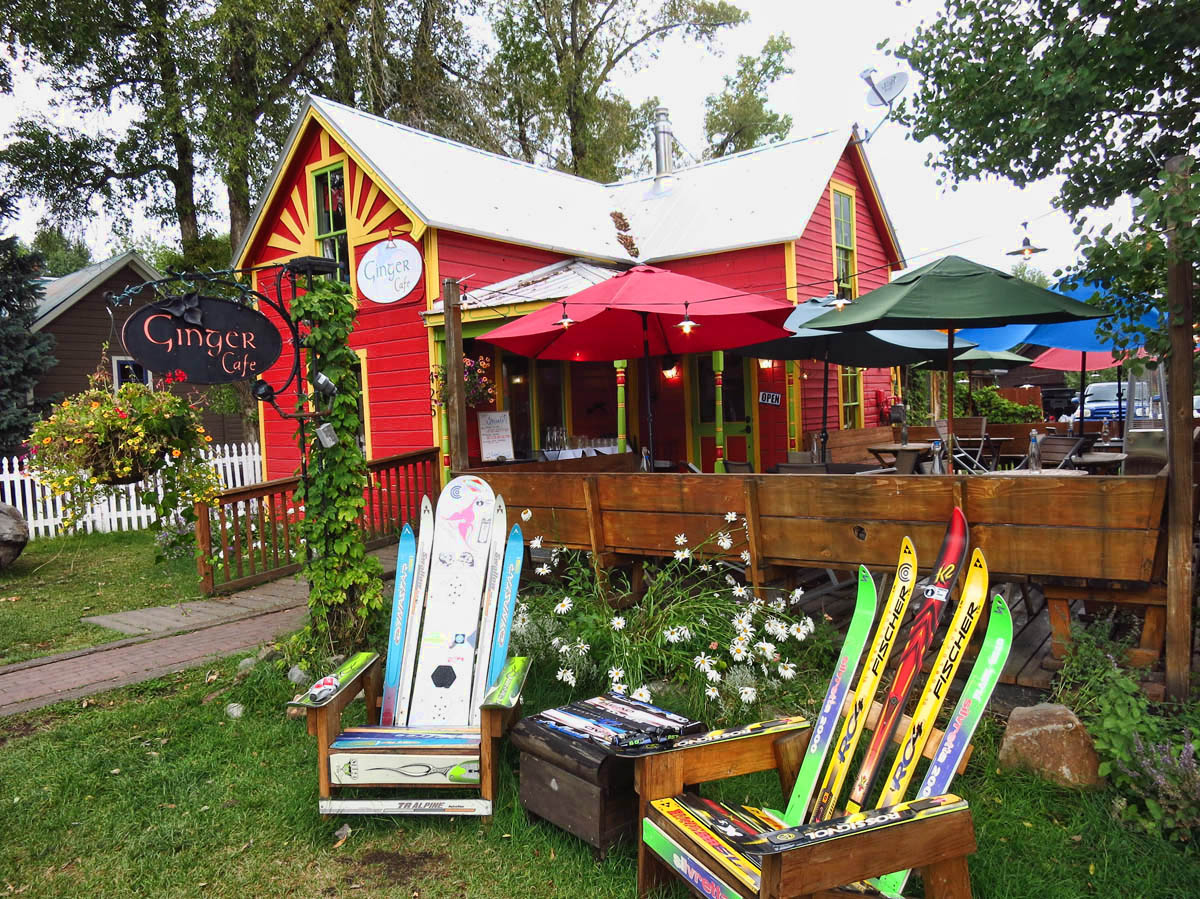 The only traffic up Washington Gulch in this weather appears to be hunters. I see them, covered from head to toe in their camo, toting huge bow and arrow contraptions that scare the crap out of me. Emerging stealthy from the darkness of the forest heavily armed, they look like ISIS to me. A giant Class C pulls in next to me full of four camo men, towing a trailer of 4 ATVs. The trailer has giant coolers on the back, I suspect for one reason. How can such a carnivore as me have such a double standard not to want there to be such a thing as “hunting season?” If they bring back something dead to skewer, I’ll be outta here before you can spell “v-e-g-e-t-a-r-i-a-n.” 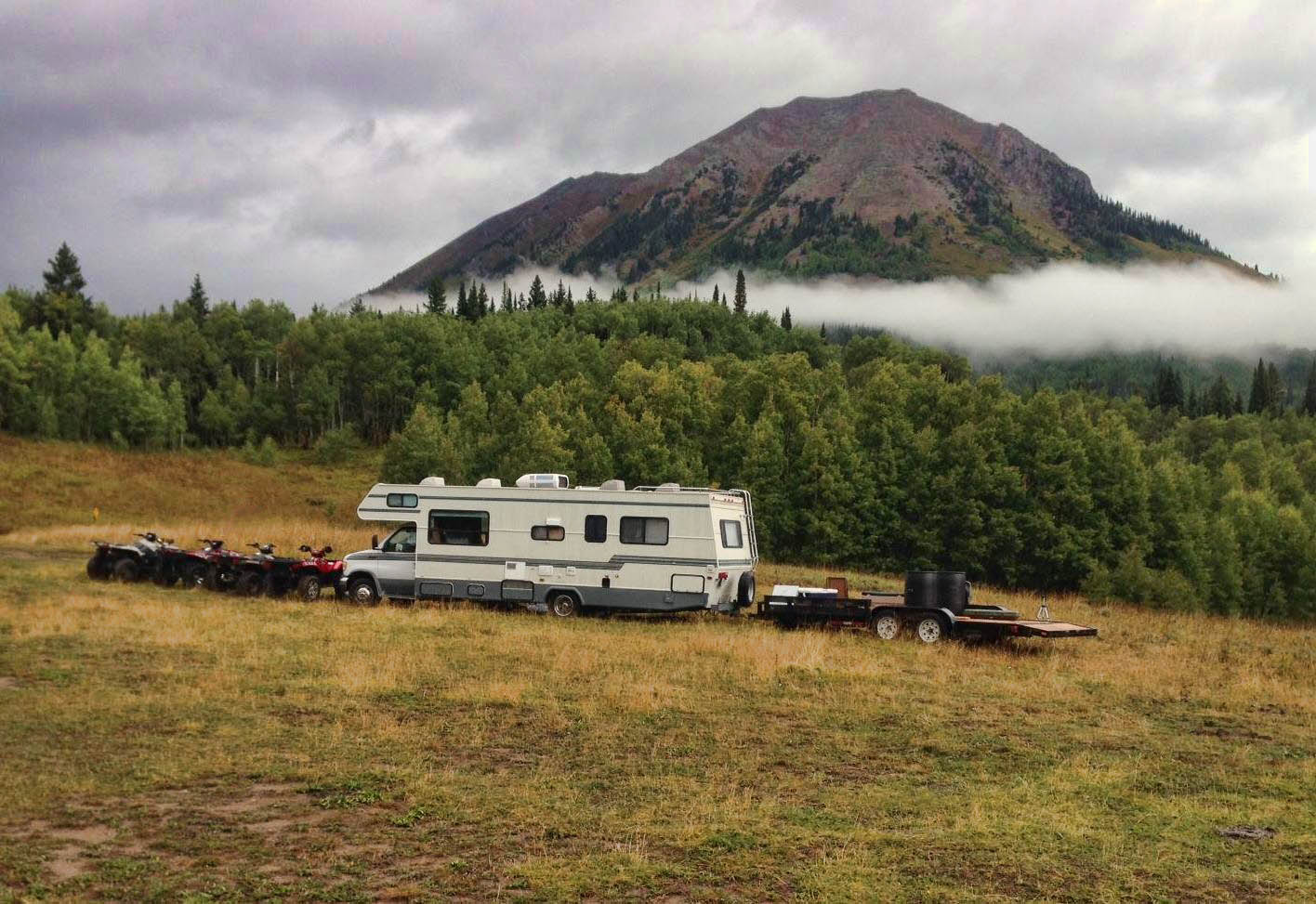 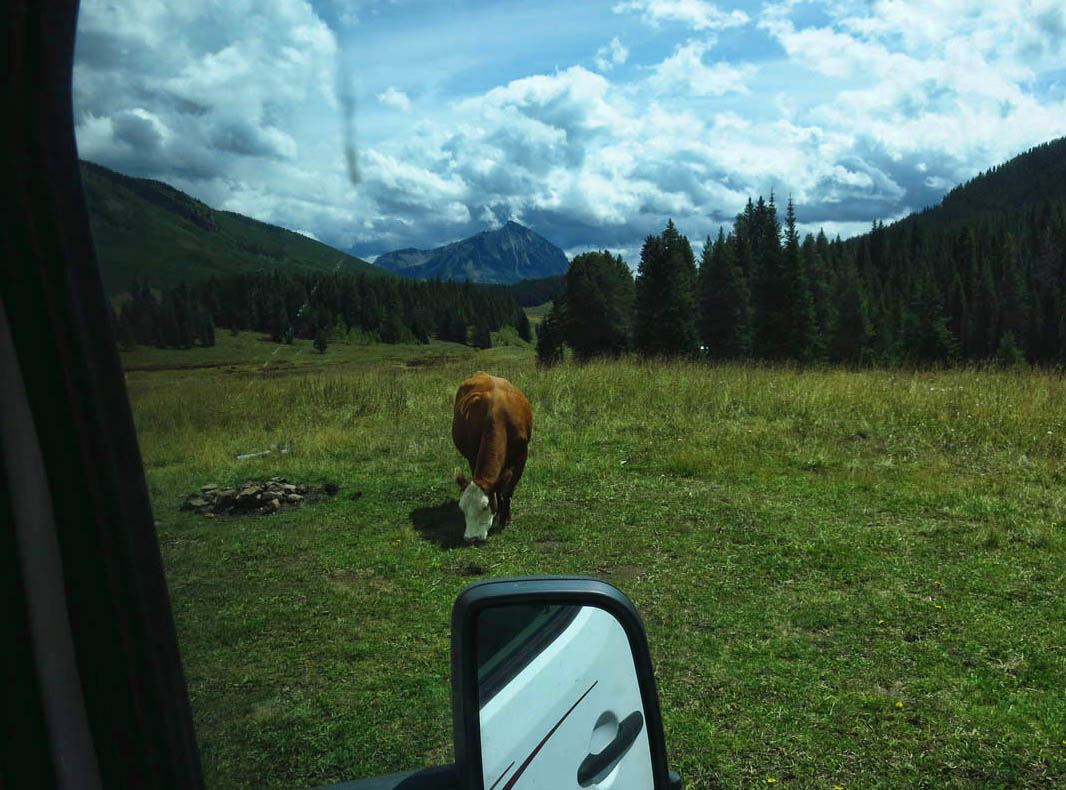 I hear a munching outside my window. Oh, it’s just my other neighbors. Careful out there, guys! It’s hunting season! 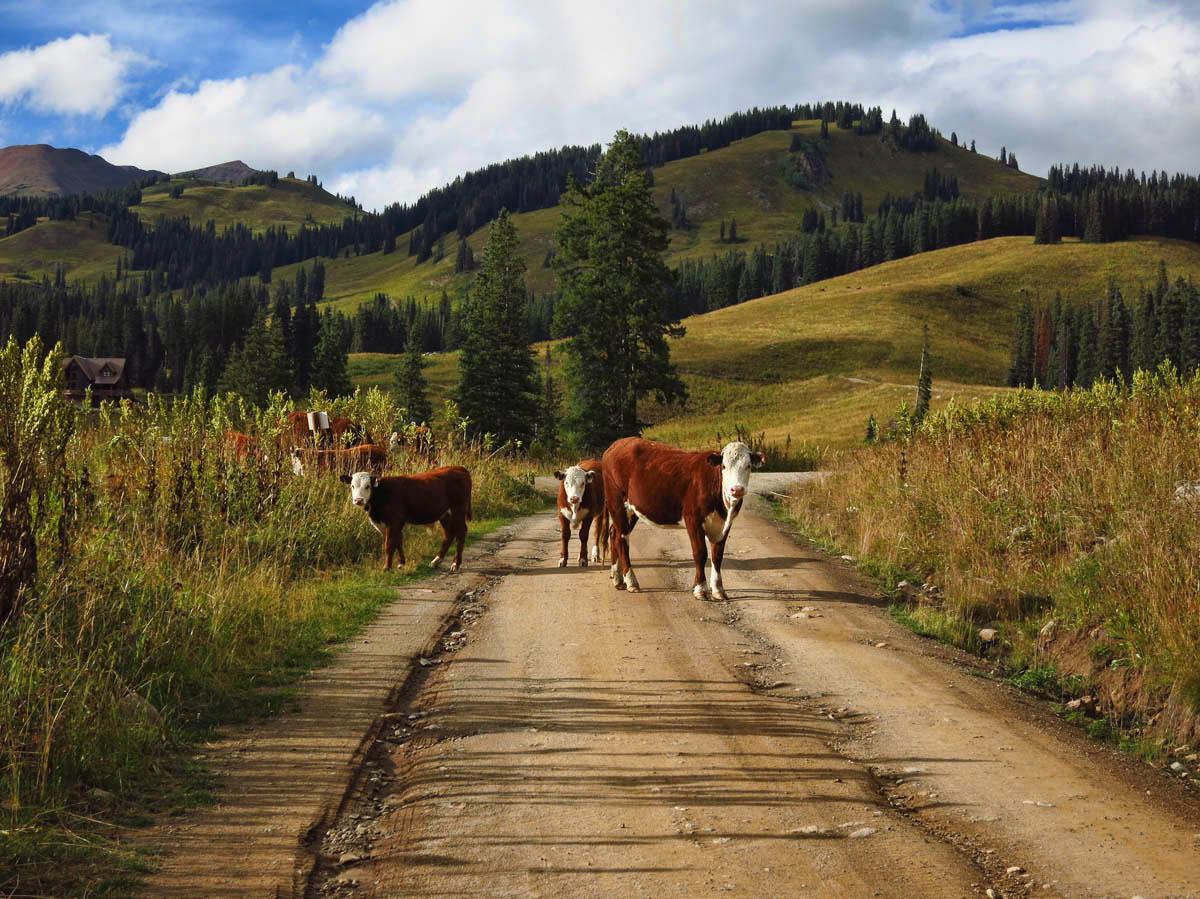 I wonder if these “open range” cattle have any idea how lucky they are to be confined to such a place. 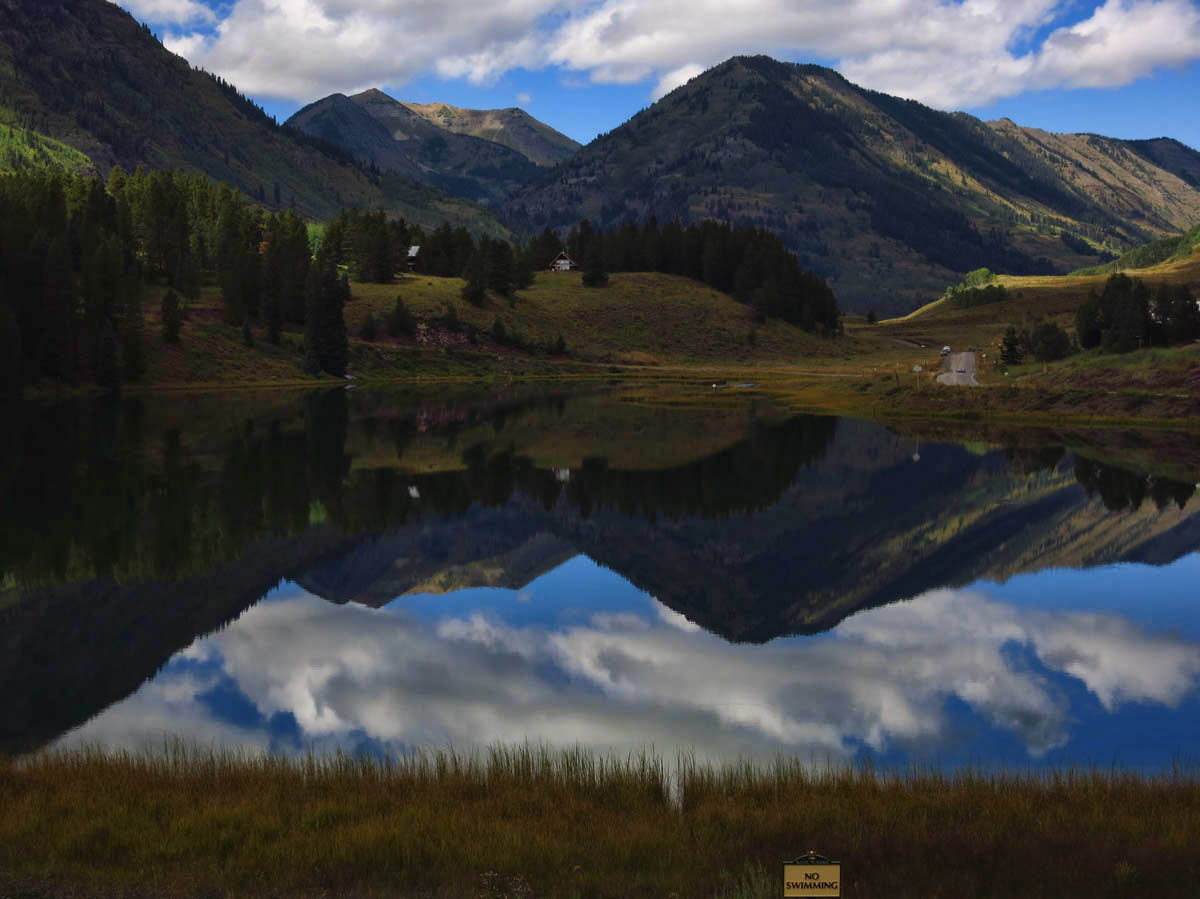 Finally on the Sunday before Labor Day, for a few brief hours the sun comes out. So do all the masses. Never have I seen so many mountain bikers, hikers, ATV drivers, dirt bike riders than are on this road. I pity those us who have to navigate the Volkswagon Beetle-sized pot holes that were already bad enough before the rains. One dirt biker hits an opposing water-filled pot hole that it throws mud all the way across my Tracker, in the window, and in my face, all the way across to the passenger side window! If you’d seen it in a movie, you would think “That could never happen!” 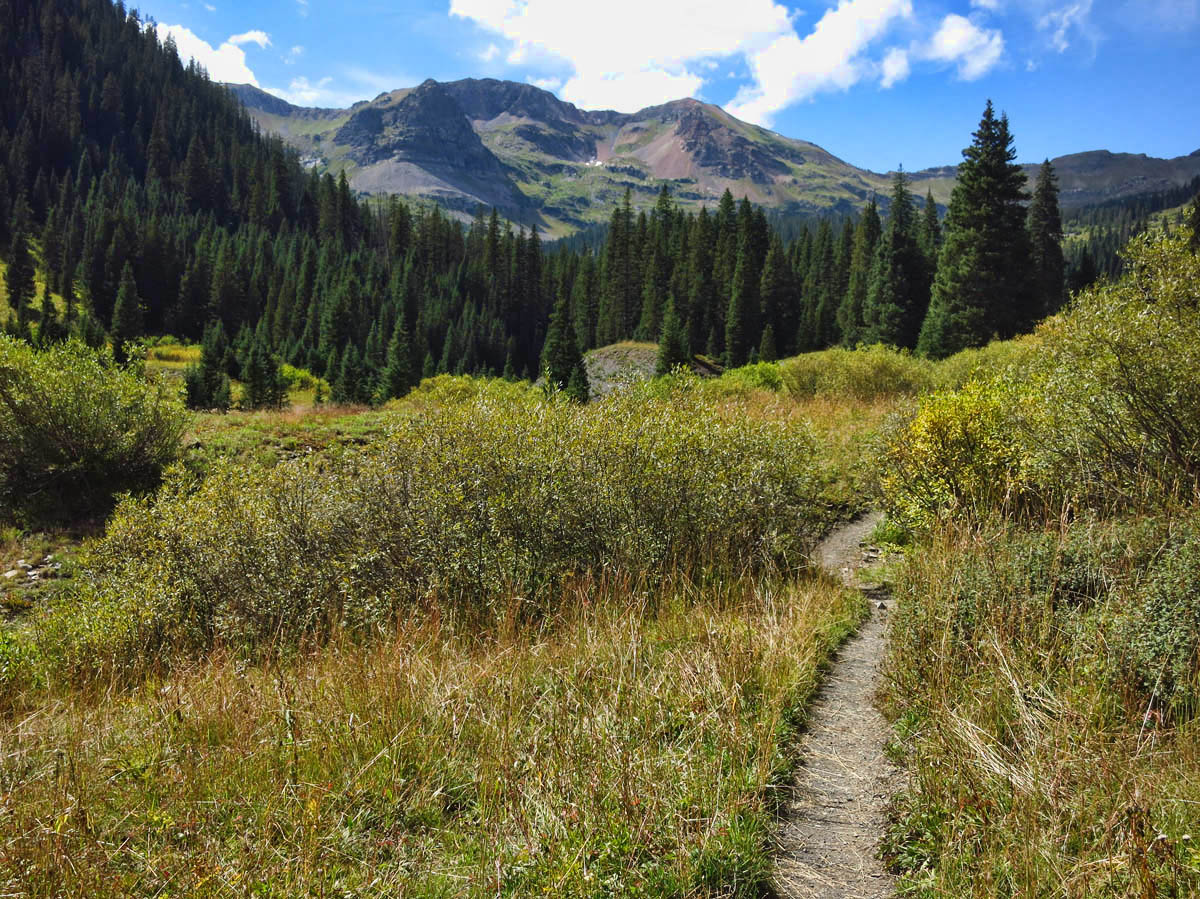 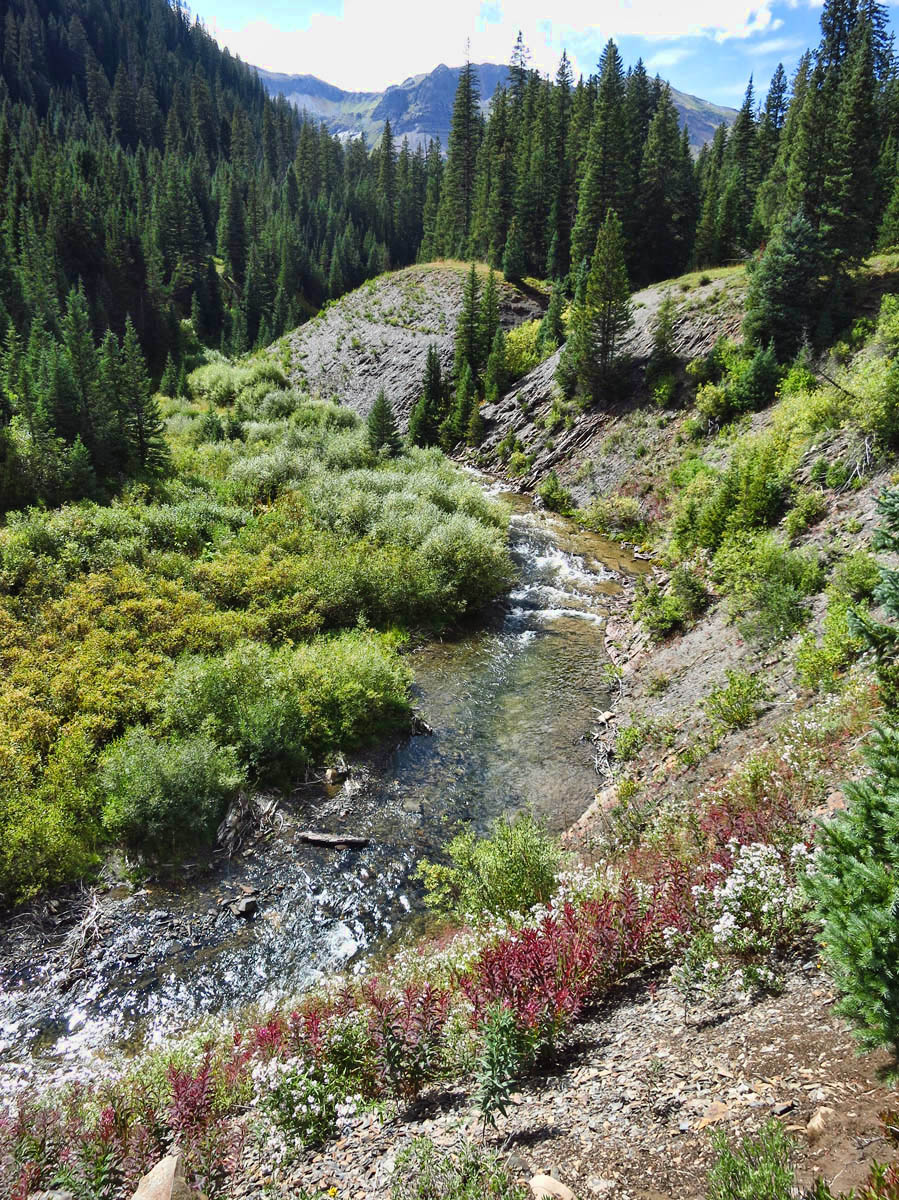 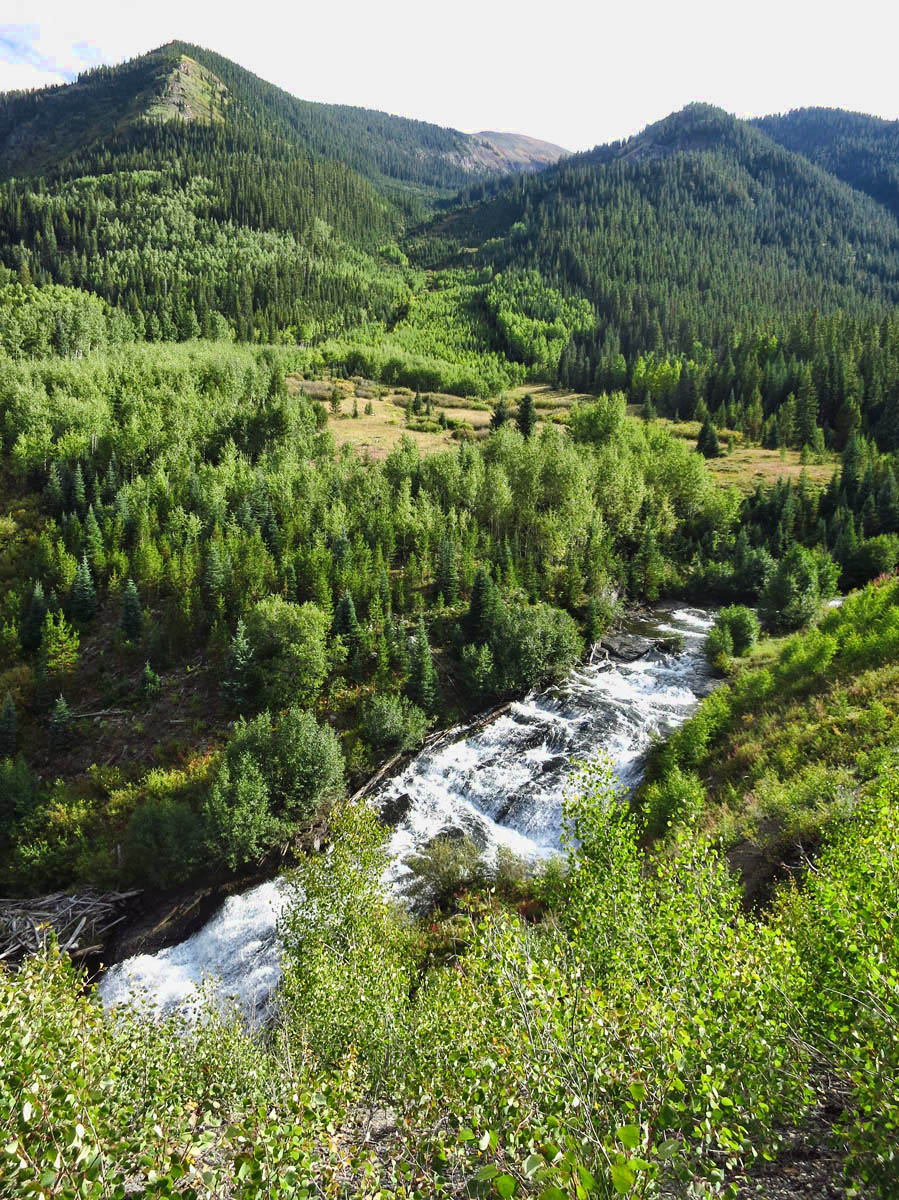 I really need something joyful, so I decide to drive up Slate Road to hike the “Oh Be Joyful” trail. It involves the absolute worst 4WD road I have seen short of Bear Creek in Ouray. I am relieved to finally reach the bottom, driving on what feels like a 45 degree angle to avoid ruts up to my elbow, only to reach the bottom and learn there is a stream crossing up to the running boards that must be forded to reach the trail. Seriously? I decide I need the exercise, so I take off my boots to wade knee deep across the freezing stream. The way things are going, I don’t need what the local towing companies refer to as a “Slate Road Special.” 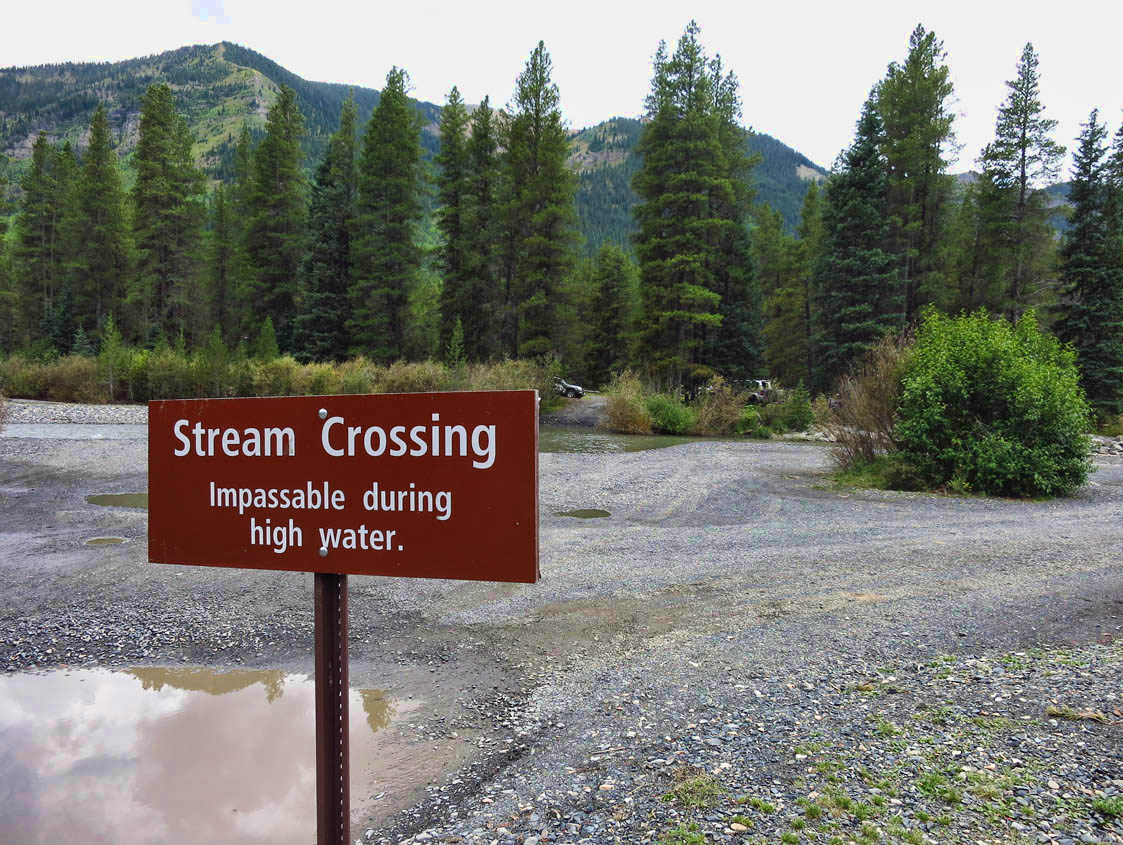 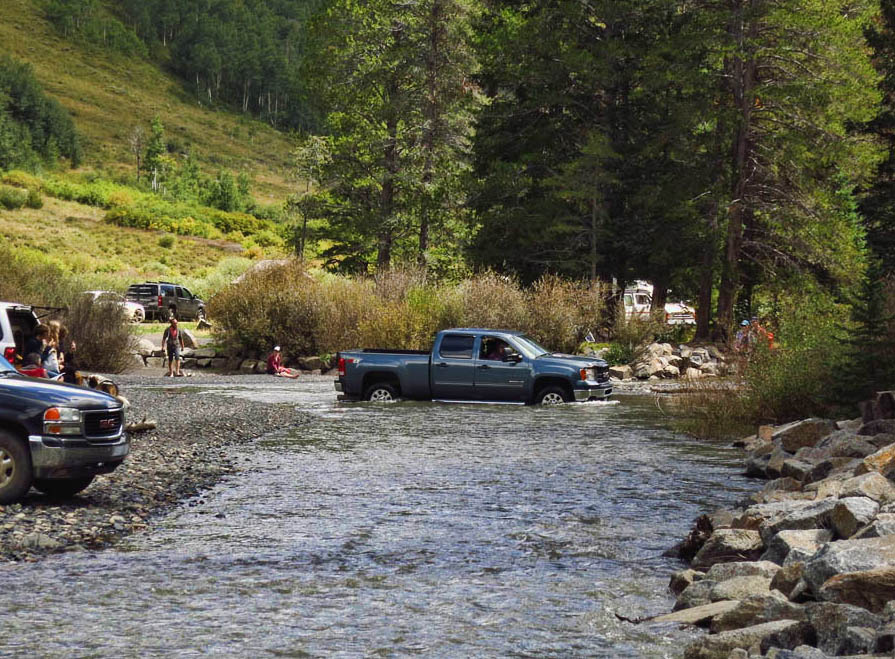 Think the Tracker could have made this? I don’t think so… 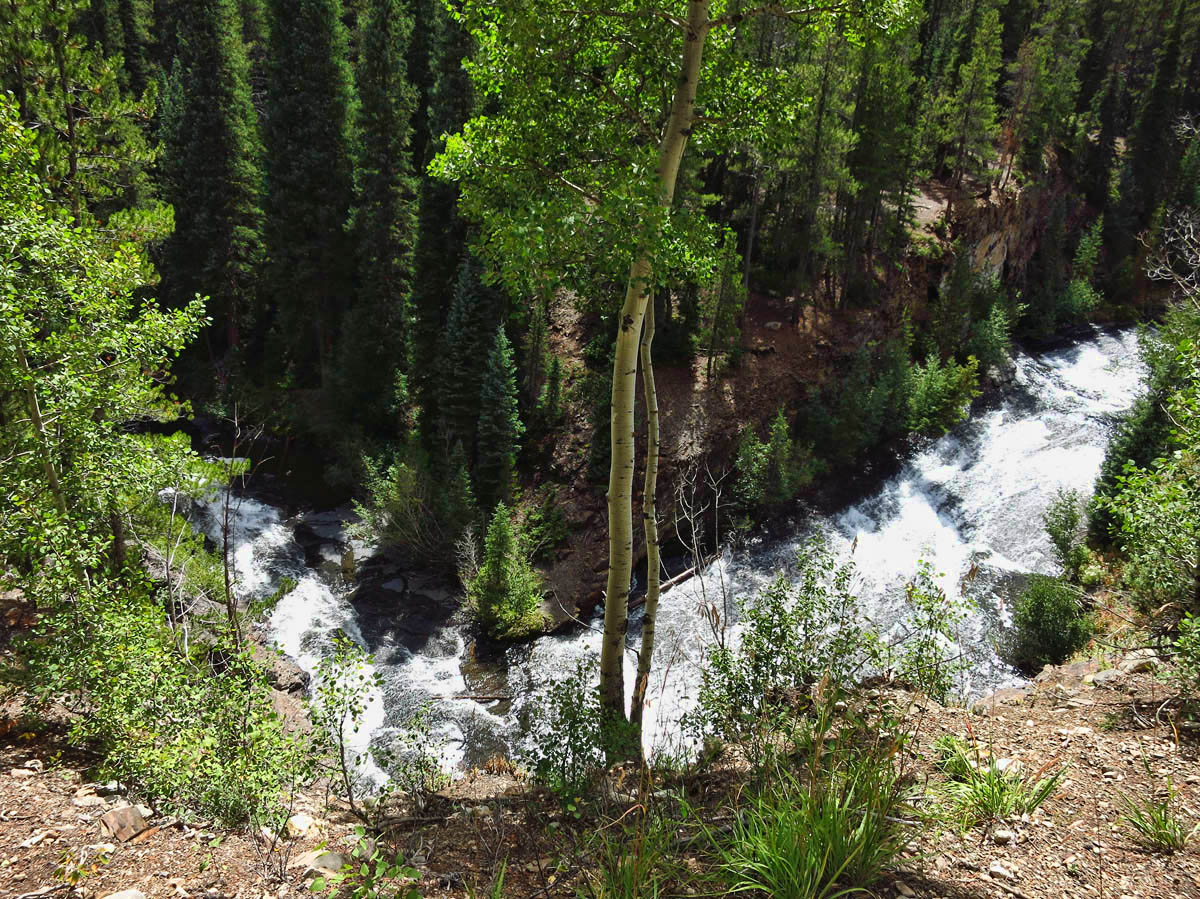 Overlooking the falls from the Oh Be Joyful trail 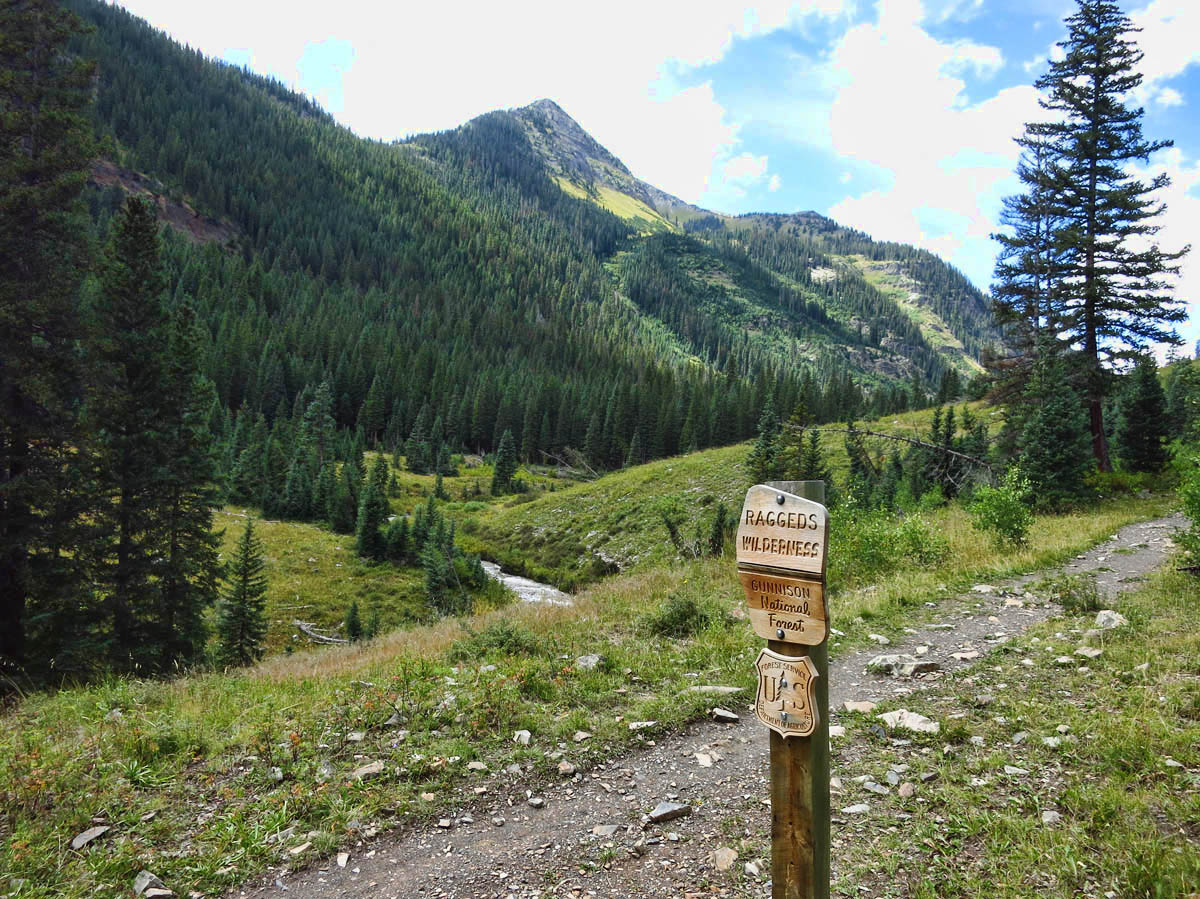 Halfway up the Oh Be Joyful Trail, I pass a couple leading a pack of llamas. I stop to talk, and I realize the woman looks familiar. These are Mark and Bobbie’s friends from Montrose that I met on the trail to Spirit Basin in Ouray. I love hearing about the 3 day trek they are doing to Democrat Basin. The llamas are toting the load. For a brief moment, I can almost imagine I am in Peru. 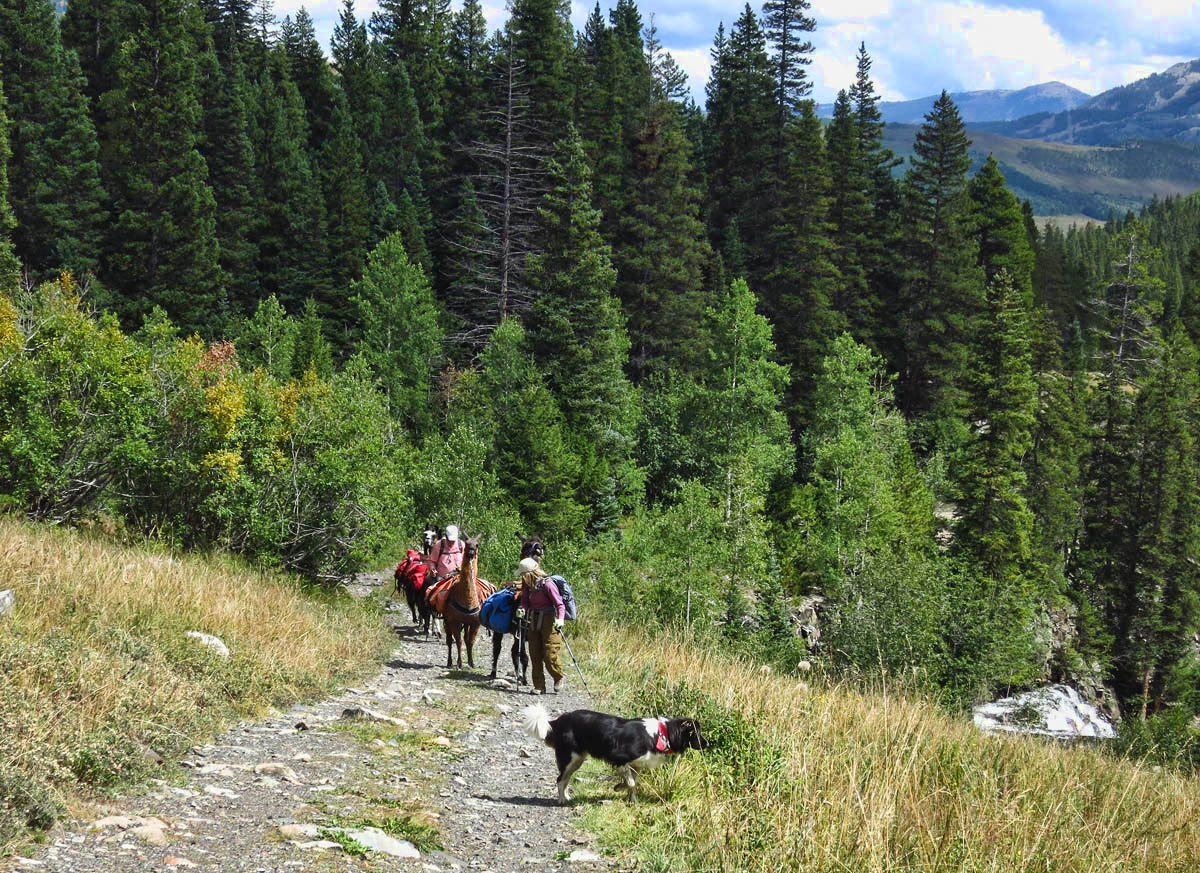 Jim and Melinda with their pack of llamas 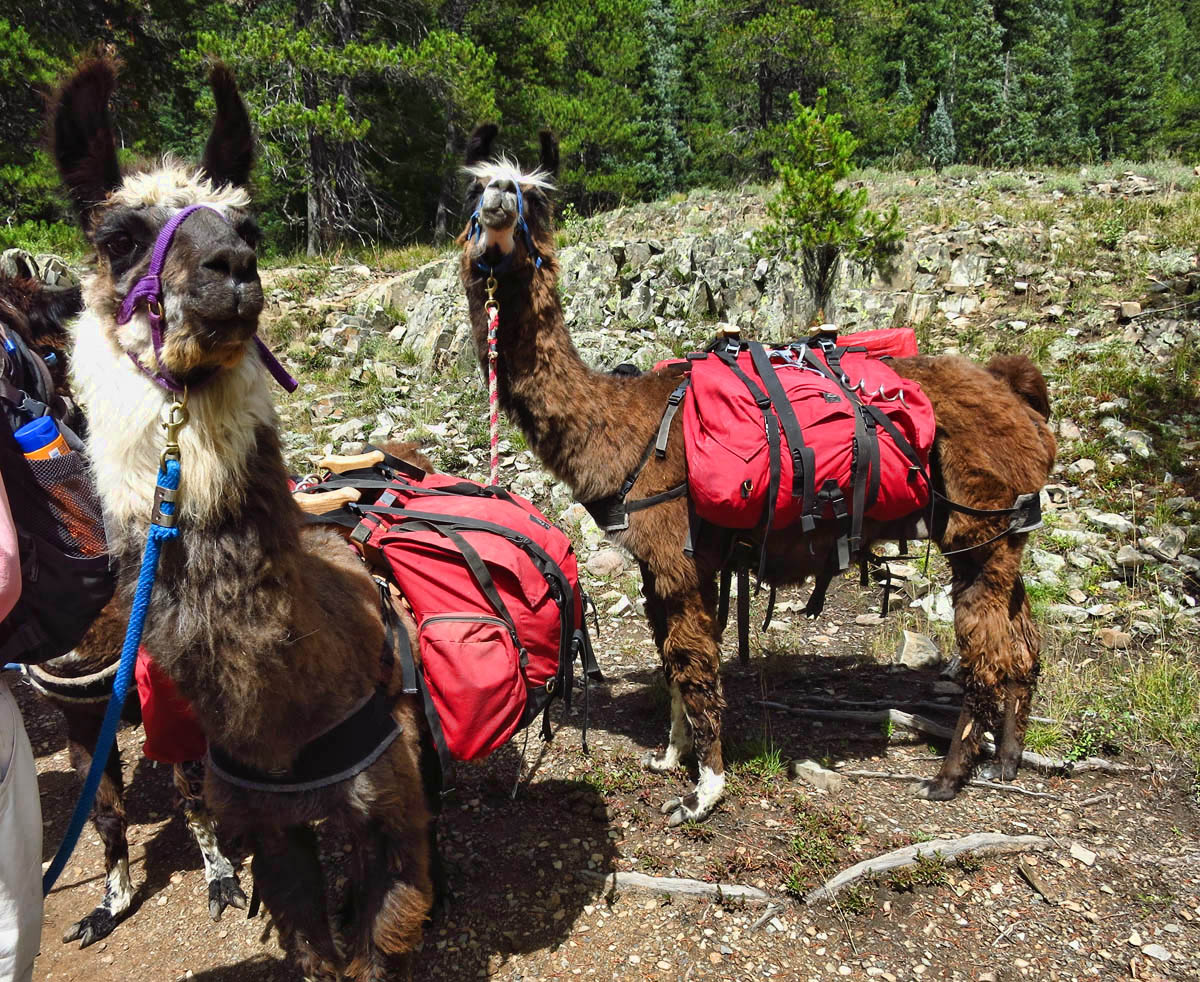 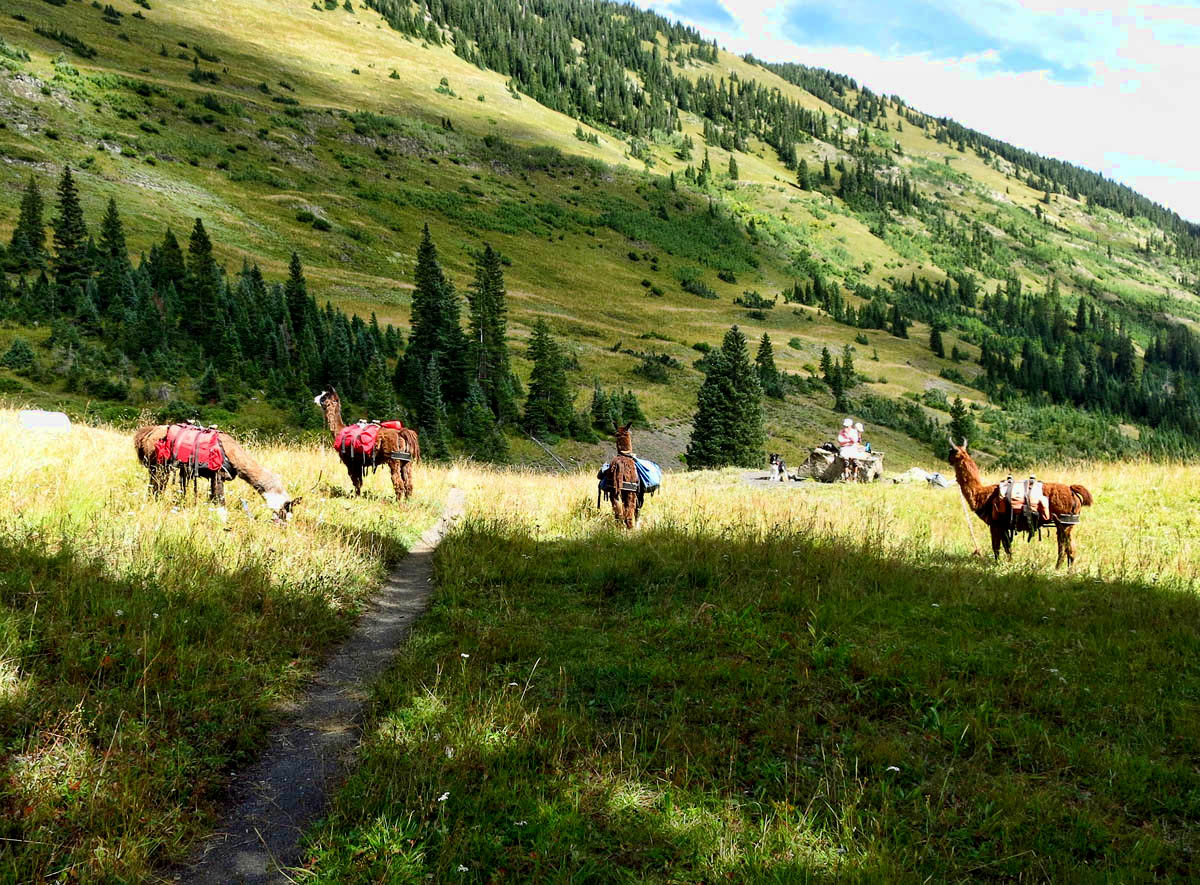 It feels good to hike again. My intent in arriving in Crested Butte early is not only to hide out from the holiday crowds, but to also do some longer, higher altitude hiking to acclimatize for my “big hike” with Bobbie later next week. But thanks to storm clouds moving overhead and in my head, I have not been successful at either.

Crested Butte, I want to like you, I really do. But you are not making it easy… 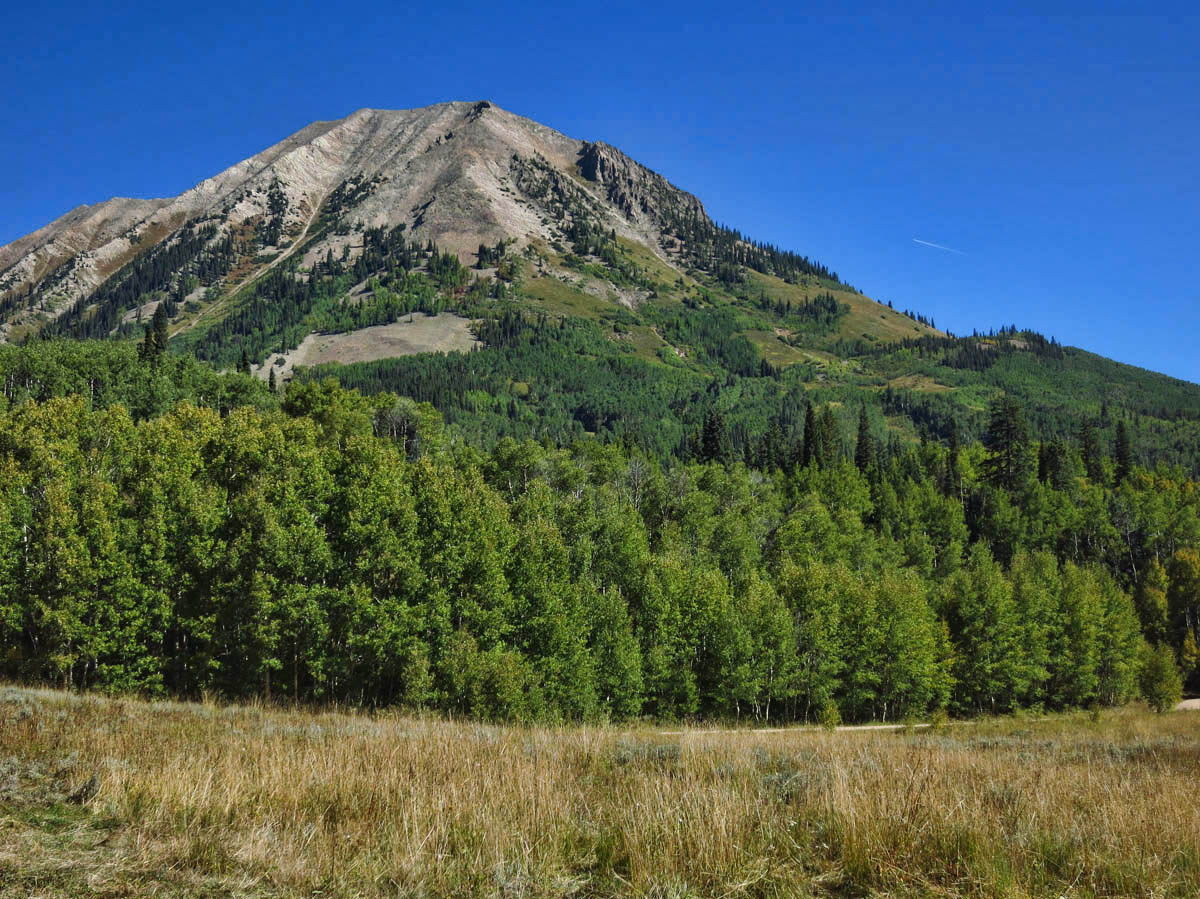 (It does eventually get better.) 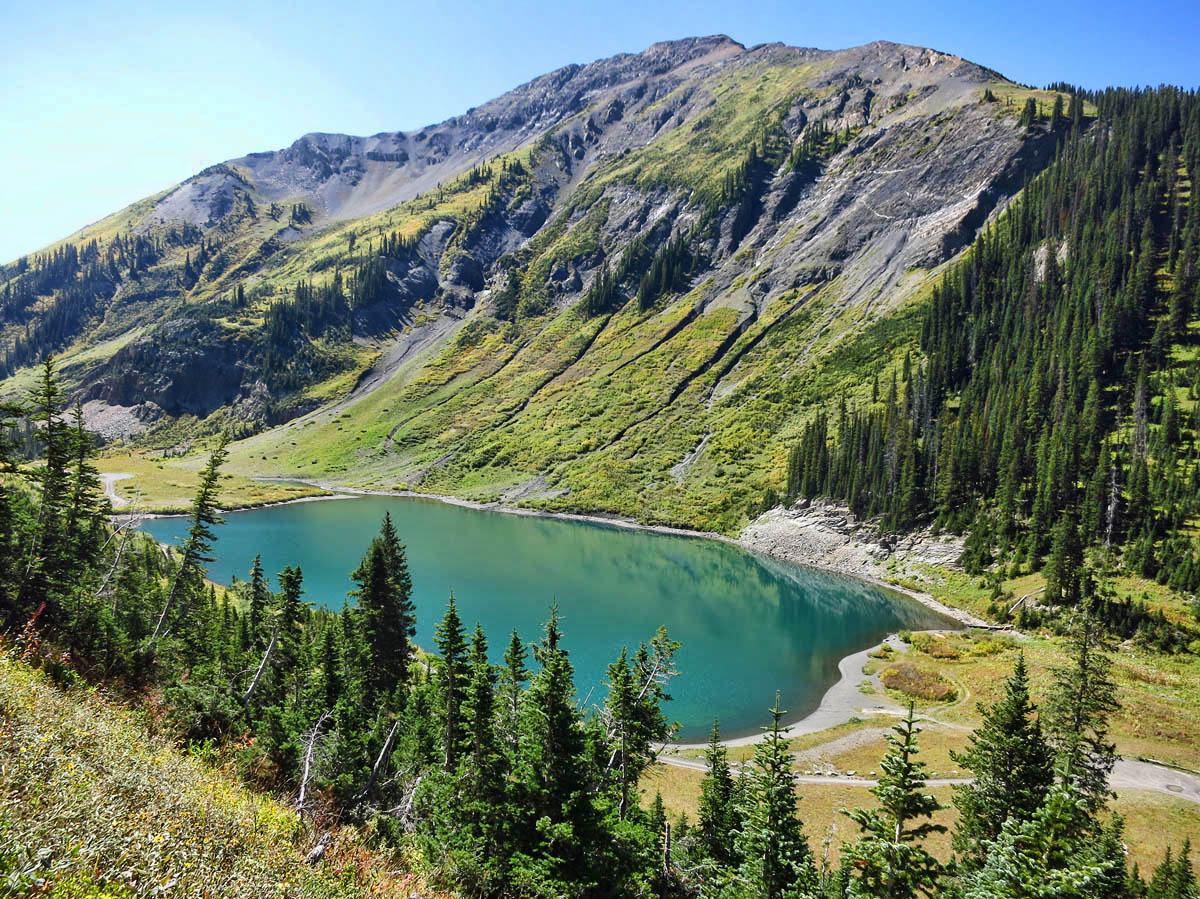 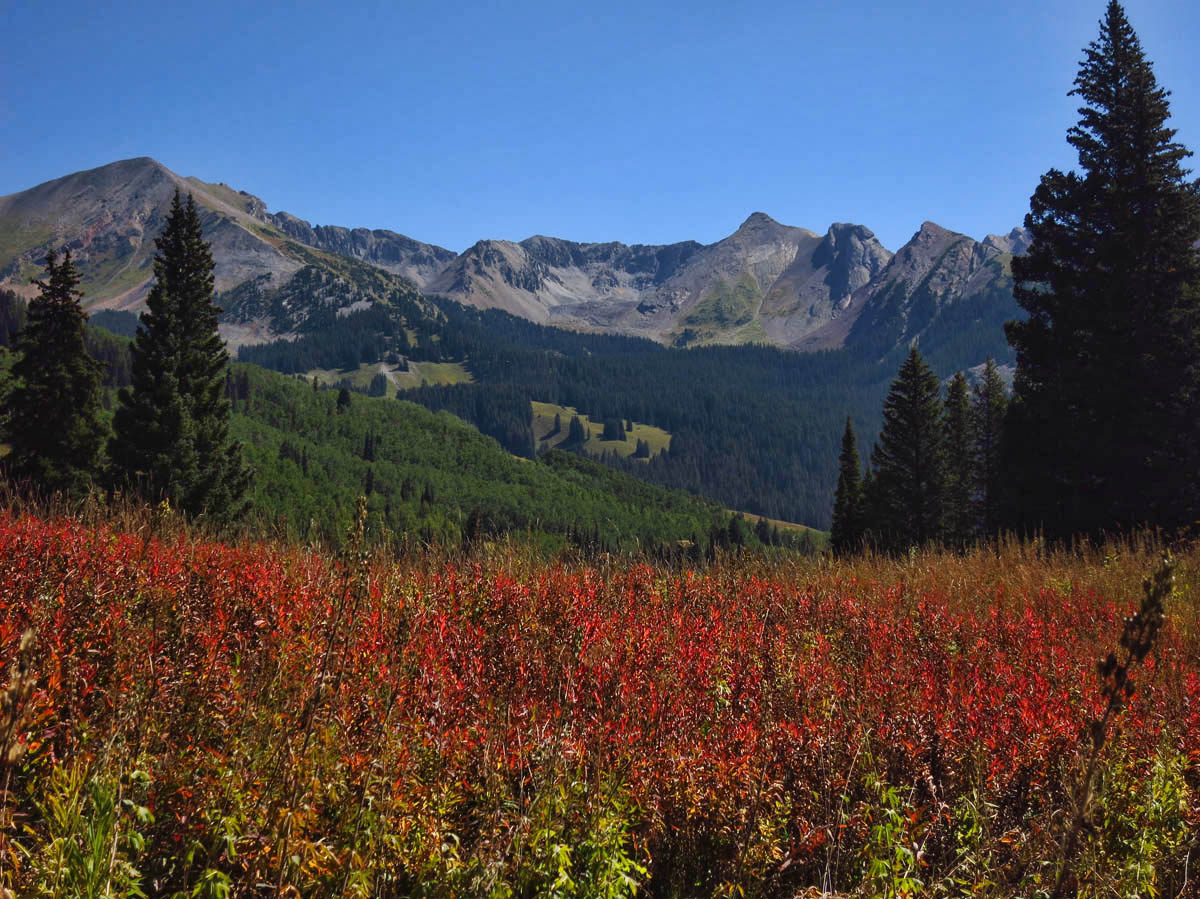 Labor Day seems to have brought Autumn with it.