It was tough few weeks here in Zion for the mountain bike contingent.  Both Bobbie and Chris had flat tires.  Mark had his chain break while grinding up Flying Monkey Mesa.  The only bike that hasn’t broken is my “vintage” Trek with the rusty bike chain and raggedy old seat.  😉  It has made three very respectable rides fifteen miles up the Scenic Drive in the Zion canyon and back.

But it’s not a mountain bike.  And it has no suspension.  Or disc brakes.  Which means it’s mostly confined to the paved paths.  And it’s old.  And the seat is falling apart, one memory foam cell at a time.   I keep leaving the lock off, no doubt subliminally hoping someone will claim it as their own, giving me the push I need to finally replace “Old Faithful.”   But I think being mounted on the back of a 21 year old car serves as a bit of a disguise.   Who would carry any bike of value on the back of a car that burns oil, the back window won’t close, and it can’t exceed  55 mph??

Still, lack of a fancy full suspension mountain bike didn’t stop me from exploring the mountain bike trails in and around Zion….on foot!   I missed these last year, and had no idea there was such an abundance of biking trails on the mesas that make up the Virgin BLM.

I walked at least a portion of three panoramic bike trails during my visit to Virgin.  Here’s a rundown:

The first trail, the J.E.M. trail (named for trailblazers John, Ellen, and Mike) was right out my back door, and I didn’t even realize it until the night of the annual bike ride, “25 Hours in Frog Hollow.”  This is a 24 hour bike race (the additional 25th hour happens when the clock “falls back”) where the blue glow of bike lights can be seen in the hills all night long, as riders negotiate the curves, dips and drops around the canyon rim in the dark!   The day after the race, I walked up to the “staging area,” and stumbled upon the J.E.M. trail….which should be named the “Gem Trail,” because it is such a gem!   What a cool bike path, most of it downhill all the way.  I think even “Old Faithful” could have made it down most of it, with just a few sections to be walked.  But the spectacular scenery makes for a great walking trail as well. 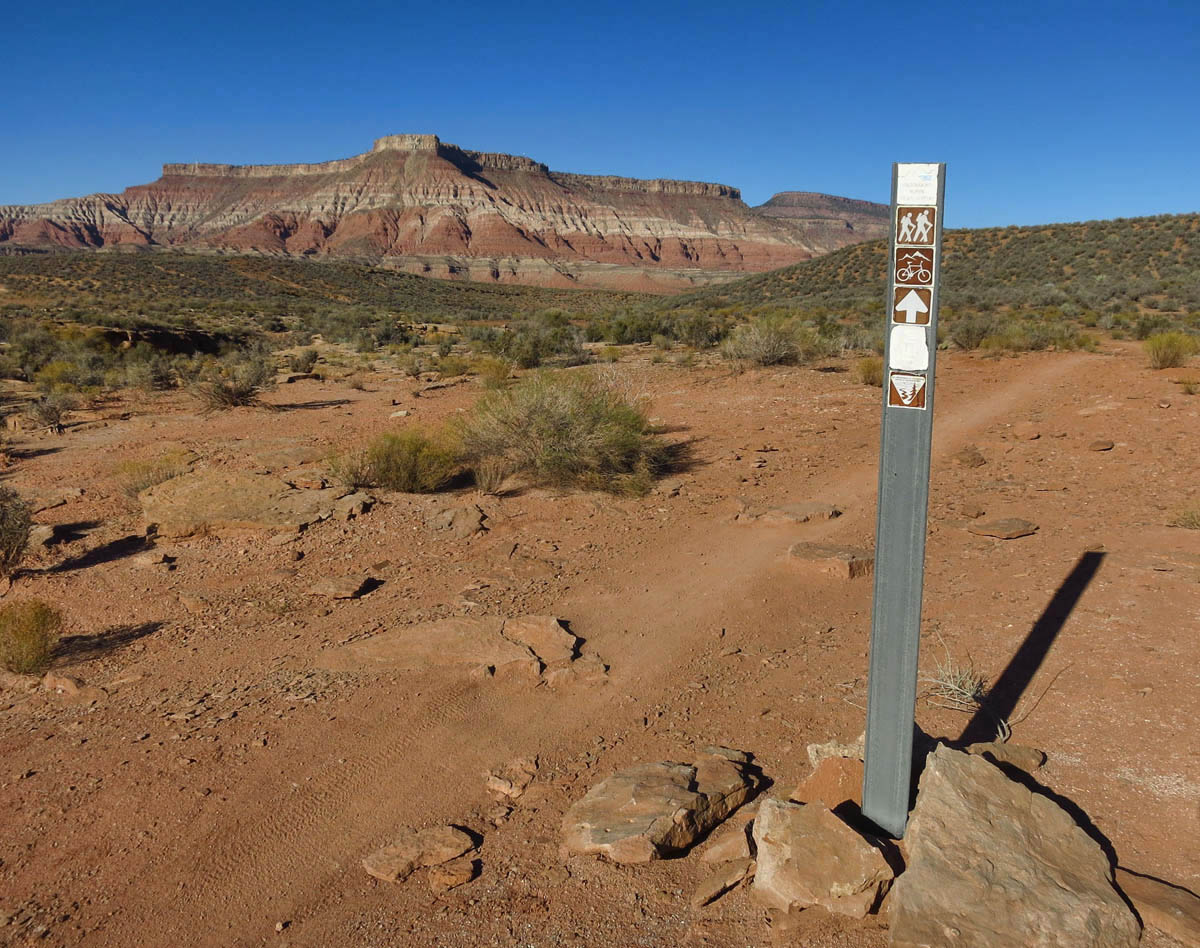 Entrance to the J.E.M. Trail. 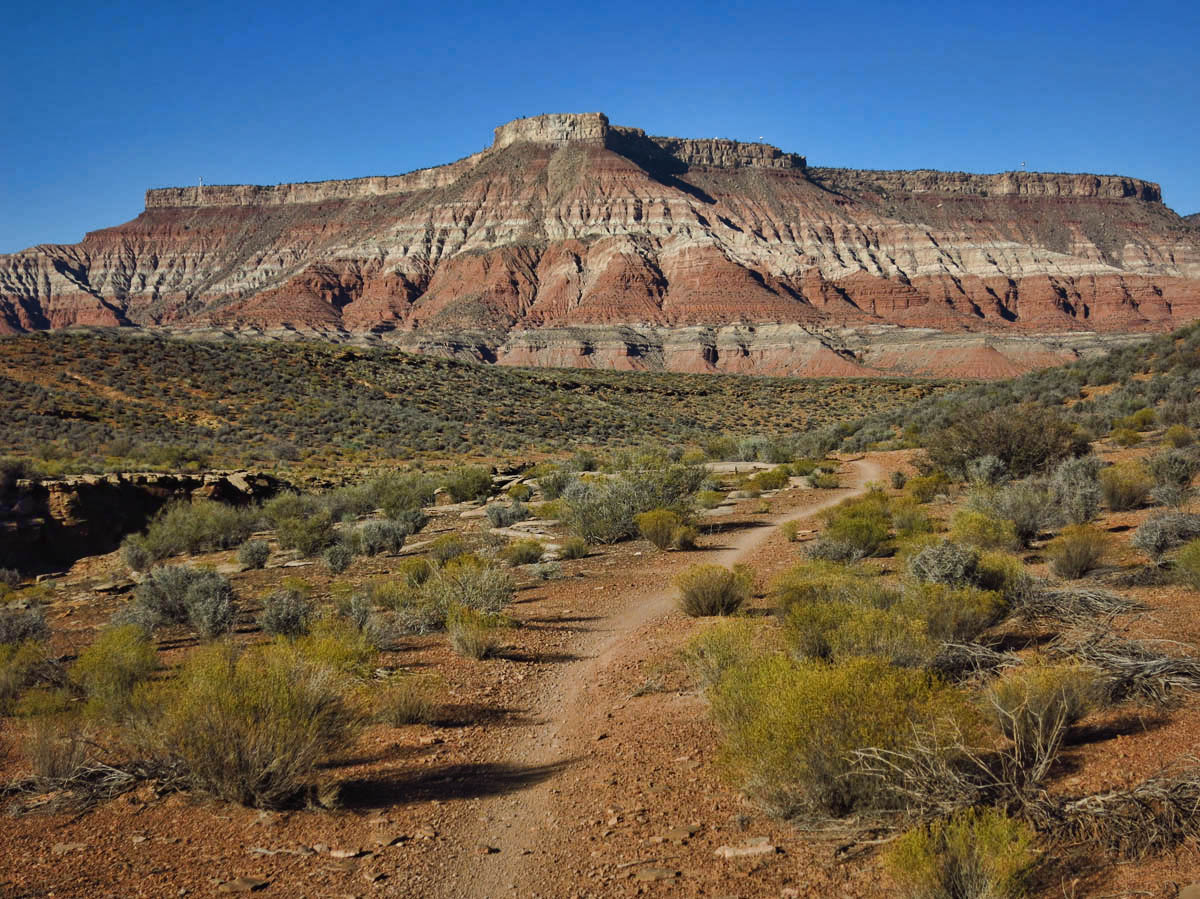 That mesa at the end of the J.E.M. trail is Flying Monkey Mesa. 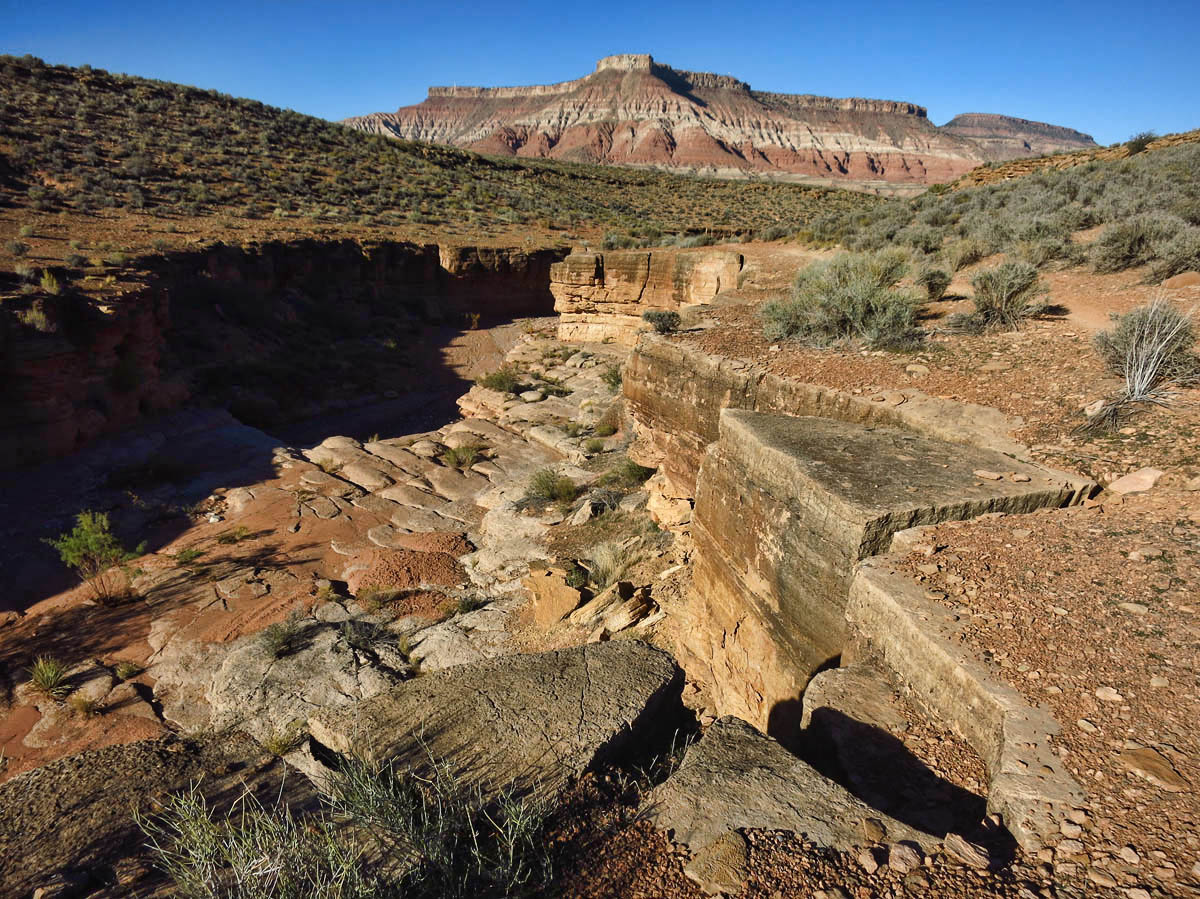 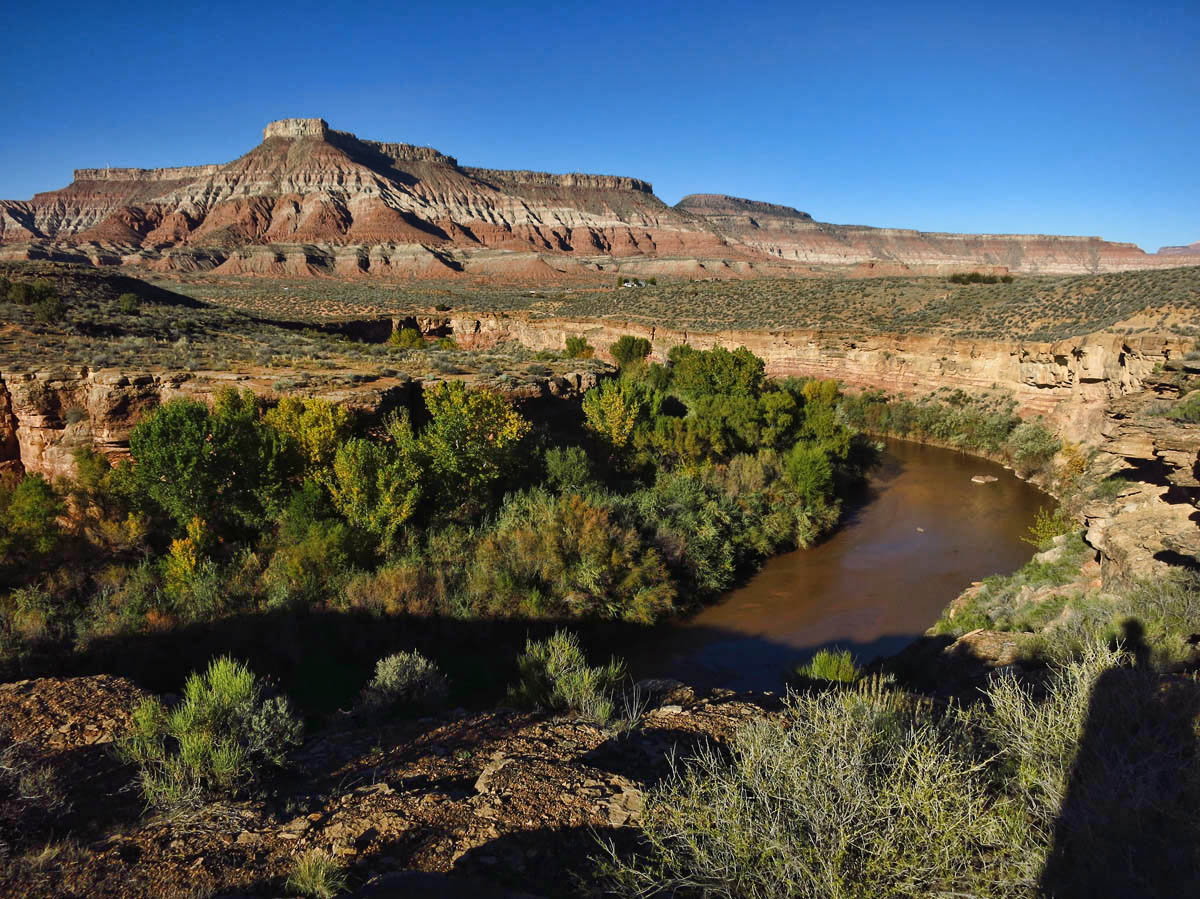 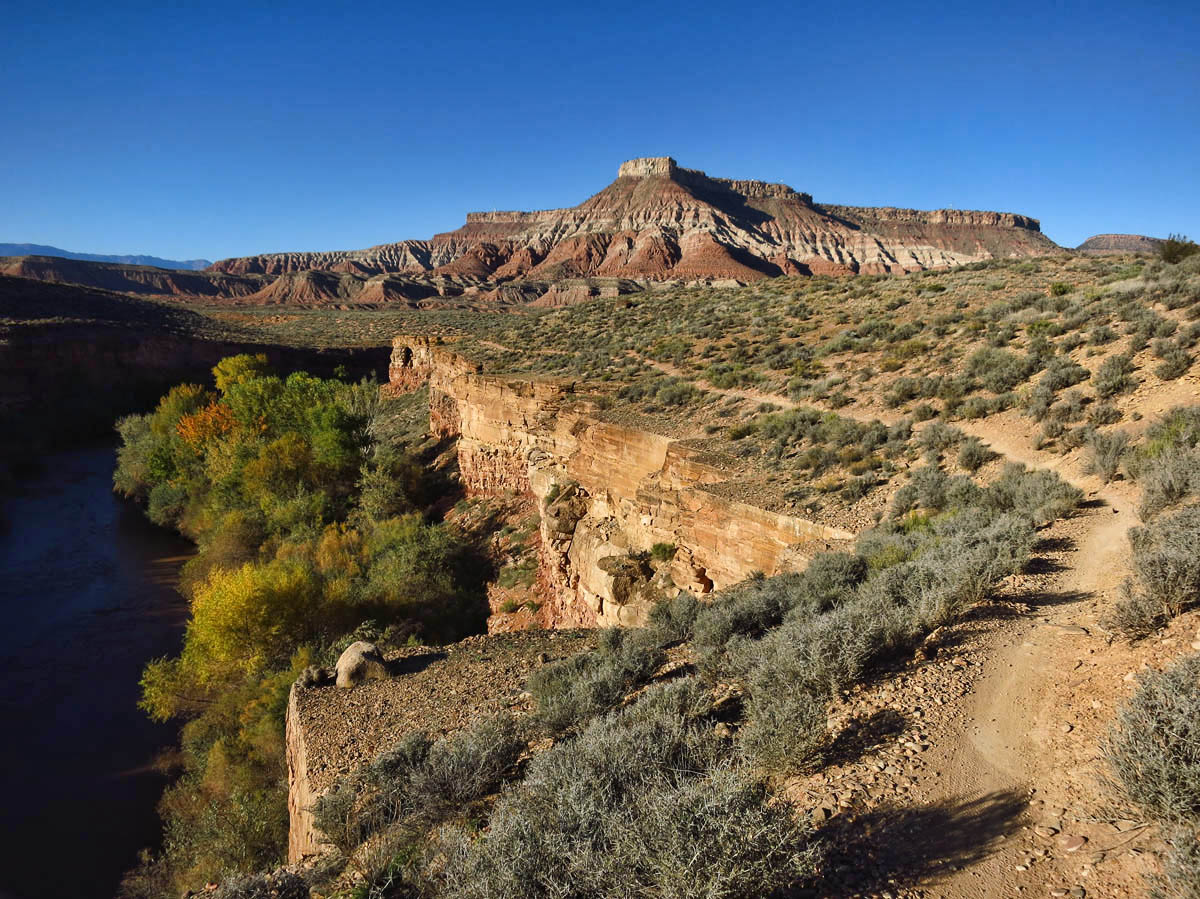 The notorious Flying Monkey Mesa, made famous by being featured in the Box Canyon Blog as my second mountain bike trail experience.    Bobbie, Chris and I drove up to meet Mark at the top, where he was waiting patiently (uncharacteristic, I might add) with a busted bike chain.   But the day was not lost, as we were there for a picnic on the overlook.   Nothing like a Flintstones-sized turkey leg to ease the pain of a bike ride unfulfilled.   This trail can be made into one monstrous loop, with the “flying monkey”  landing at the end of Kolob Terrace Road. 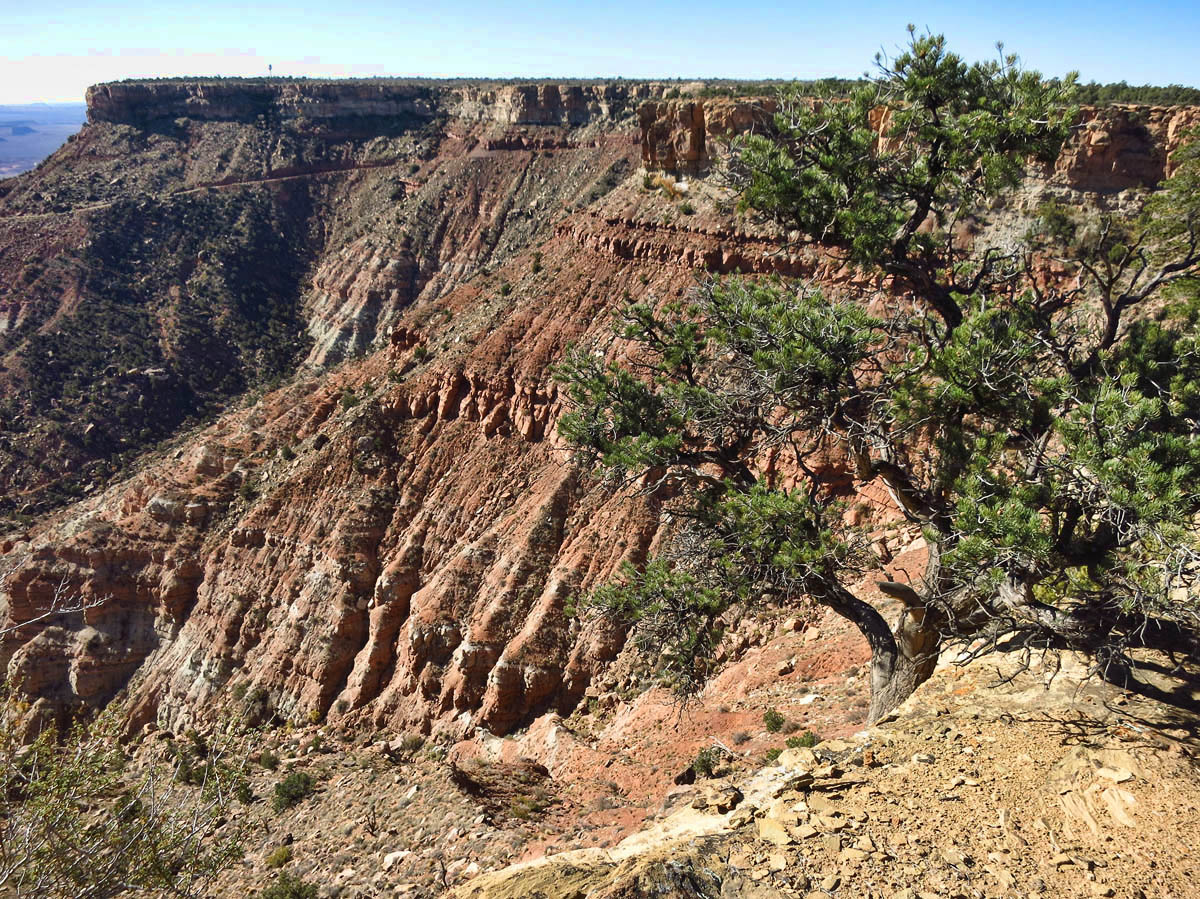 Looking out from the rim of Flying Monkey Mesa. 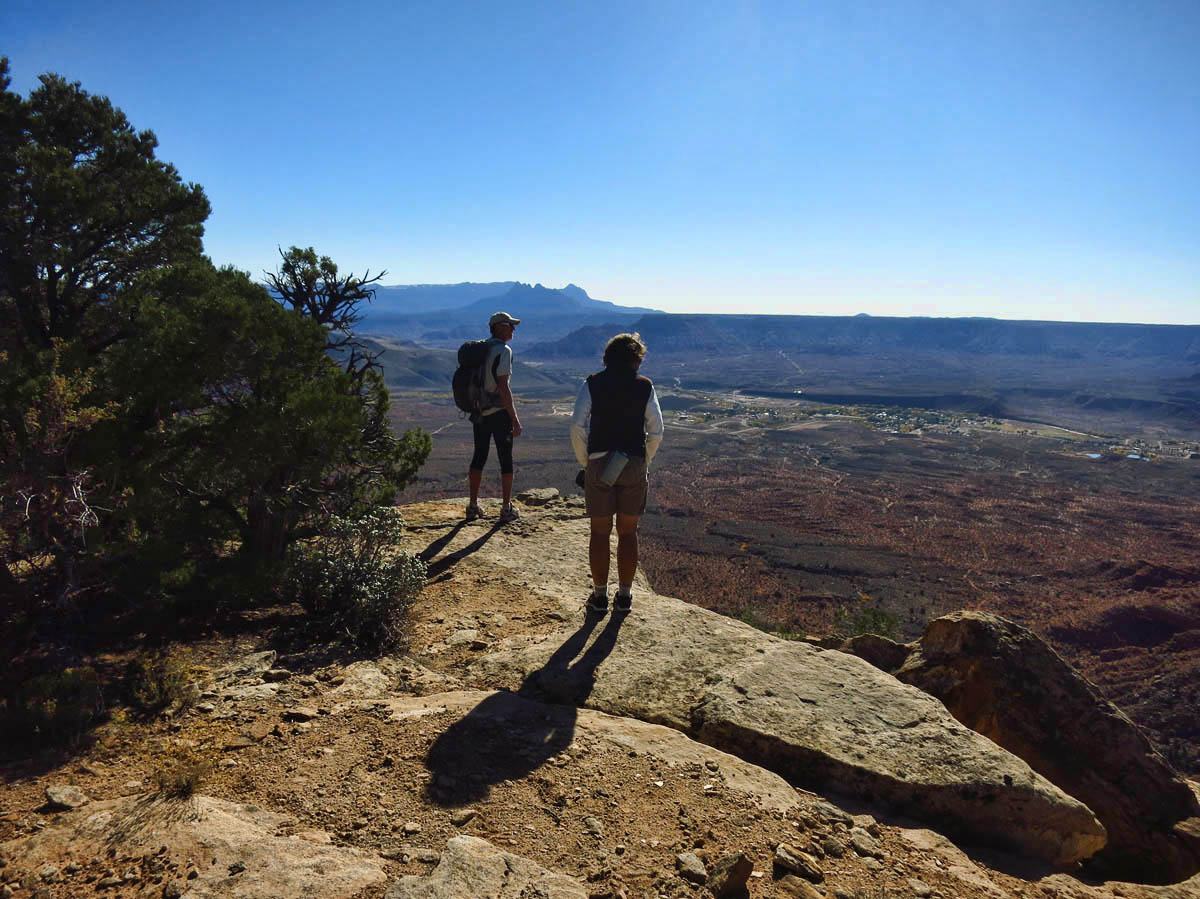 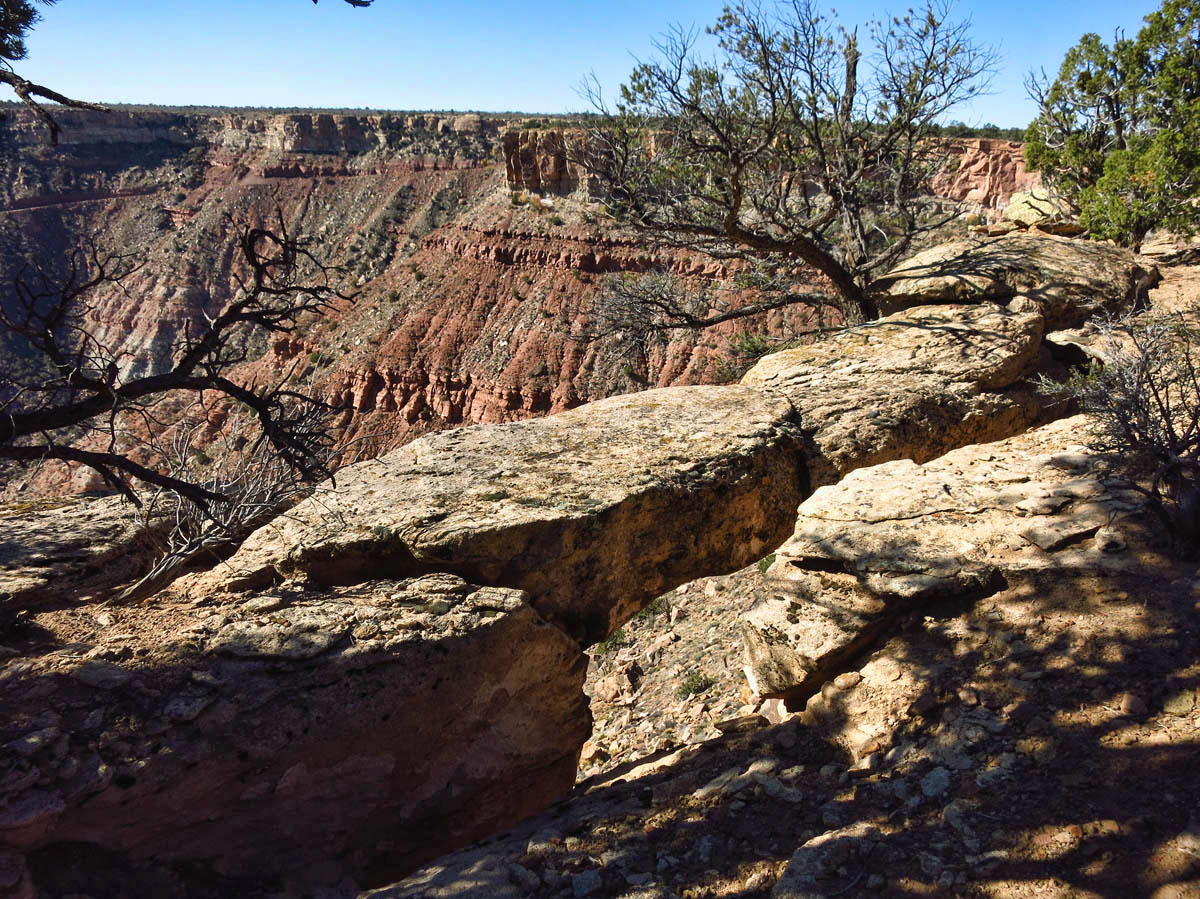 A natural arch along the rim. 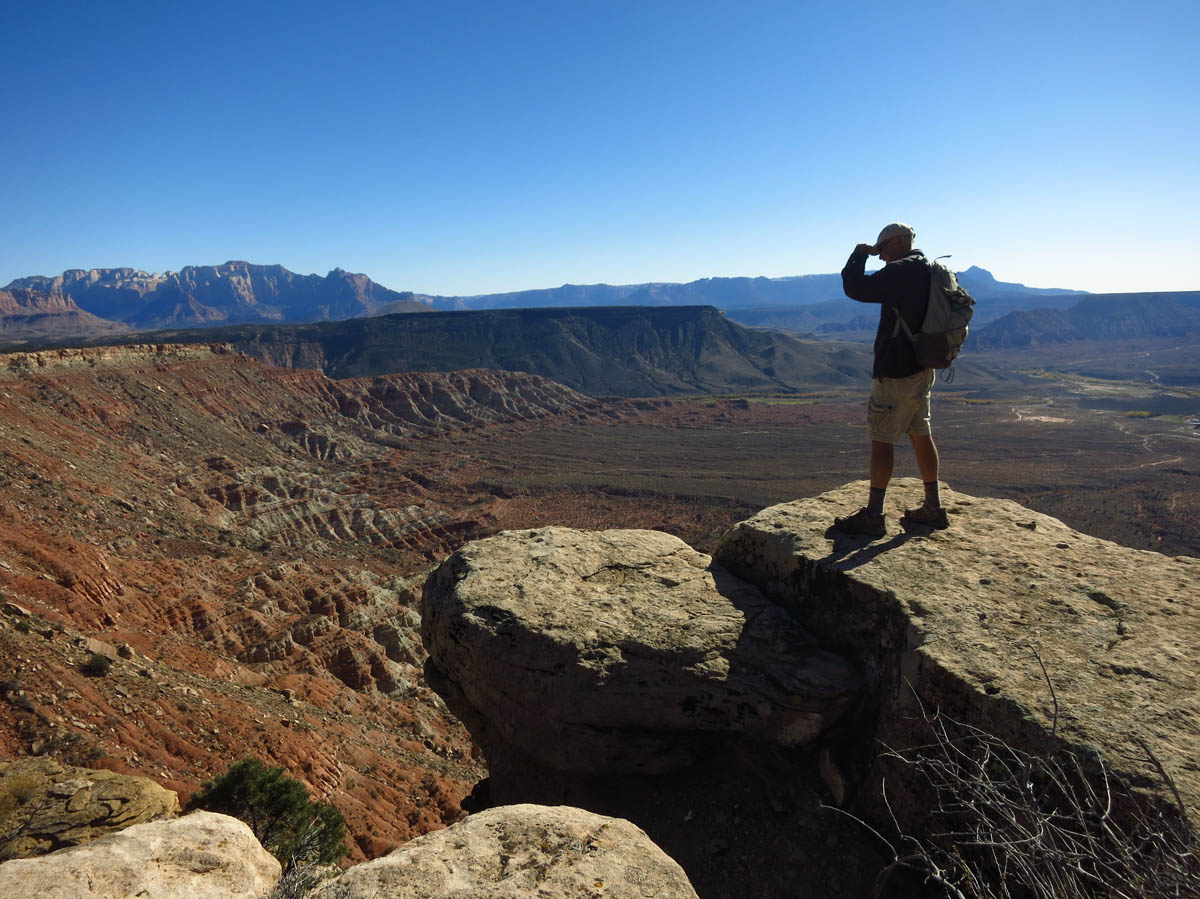 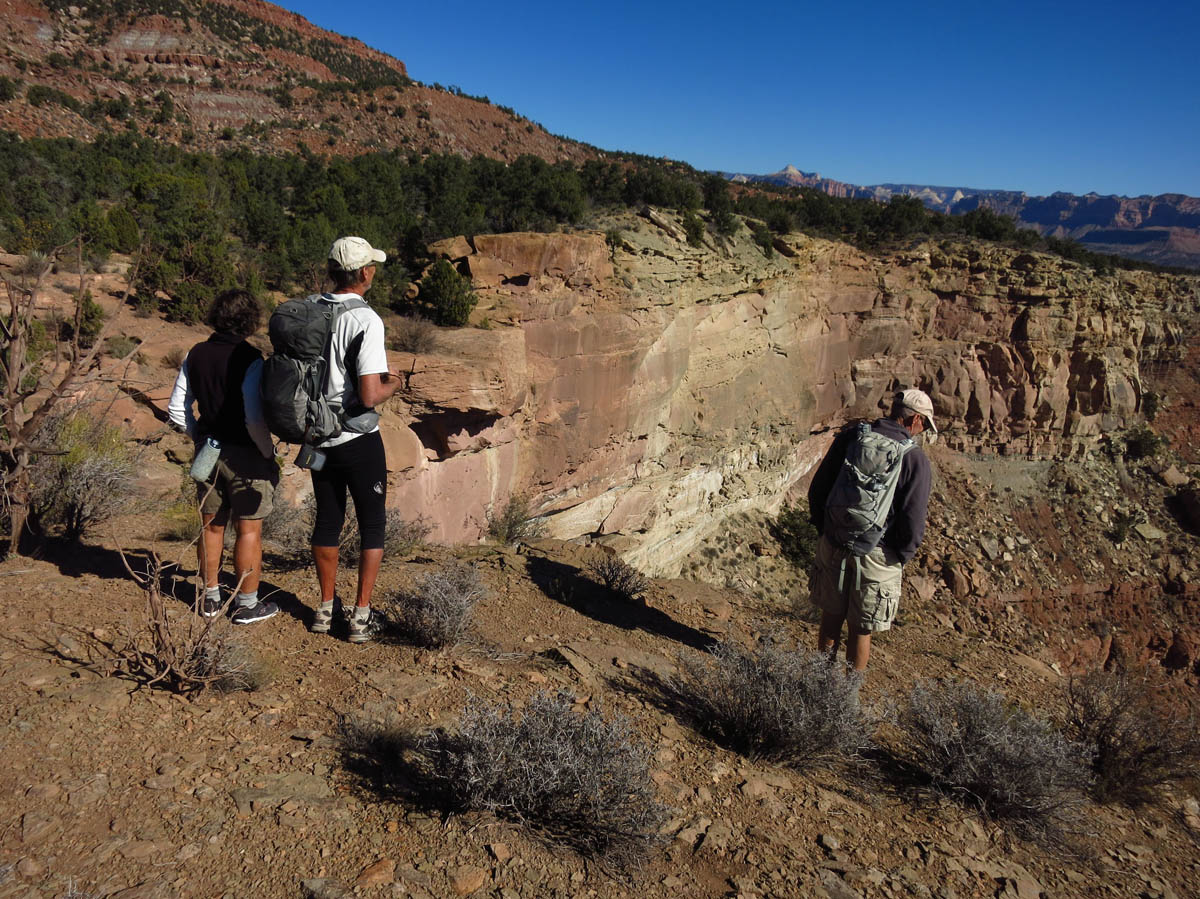 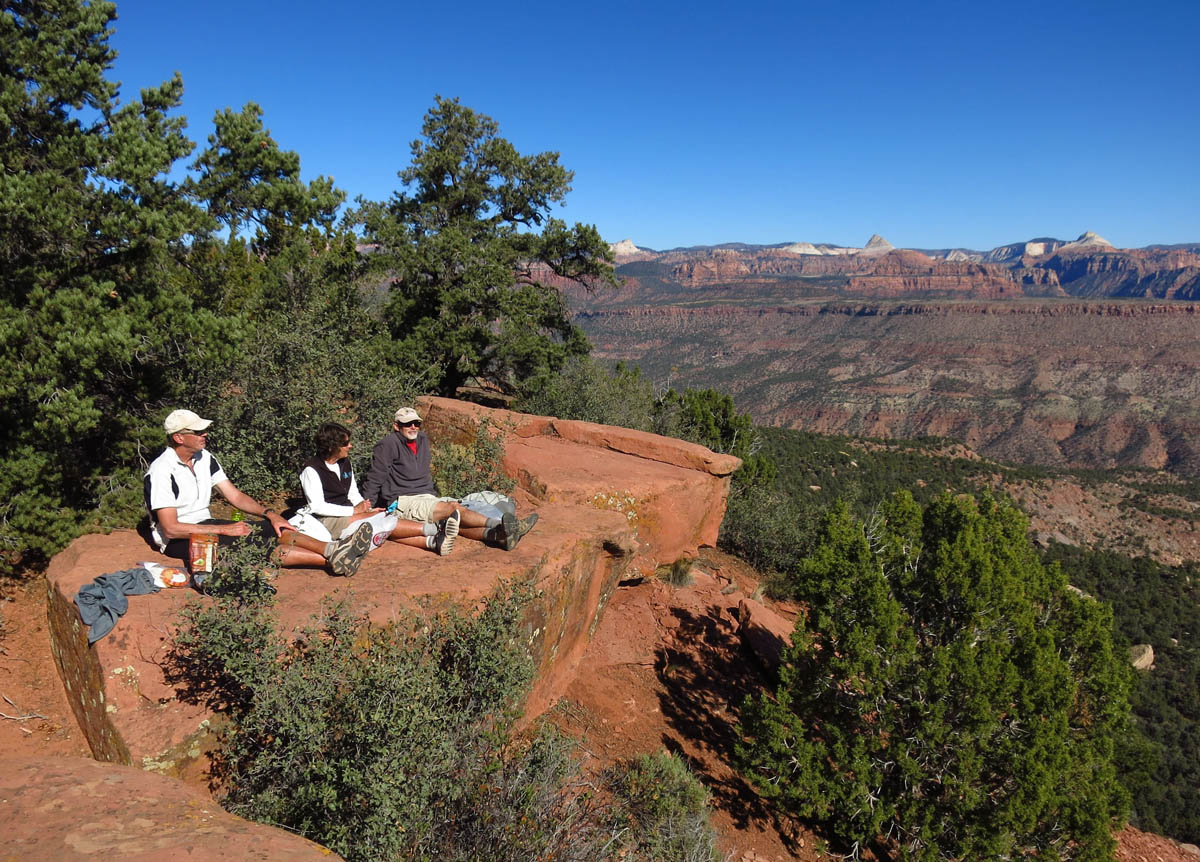 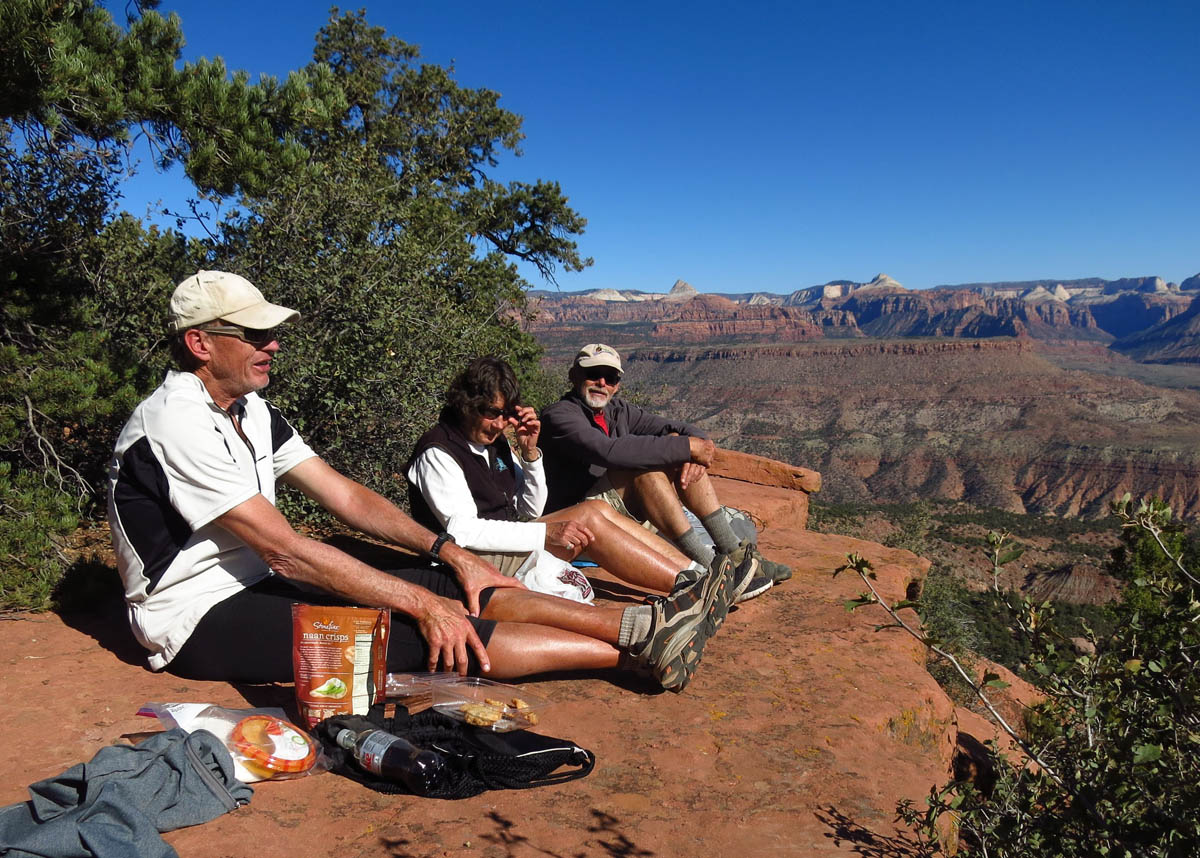 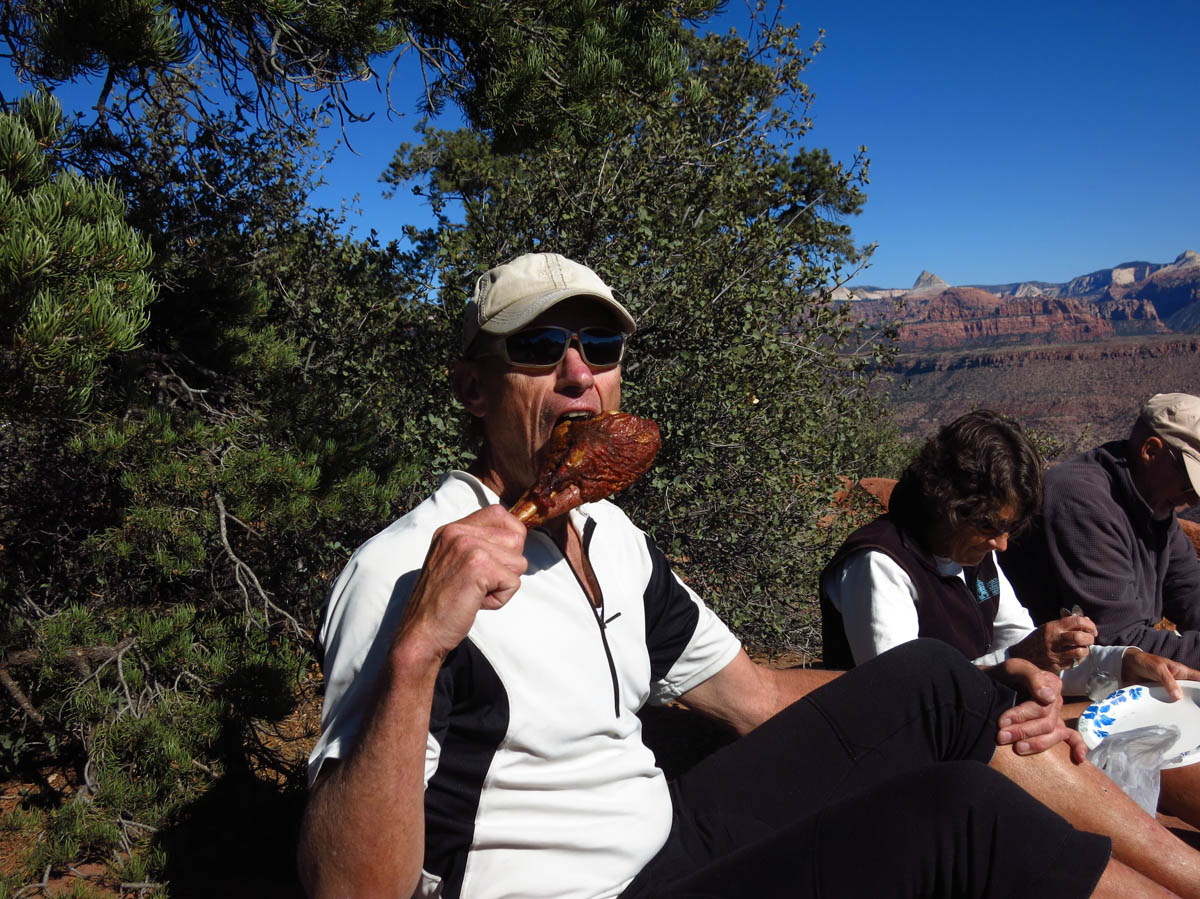 The third and final bike path explored was the Guacamole Trail, scene where Jim left some body parts behind back in 2013.  Mark was conducting tours of the “scene of the accident,” complete with 3-part re-enactment and the opportunity to look for souvenir “stones” afterward.  😉

This was one reee-dic-ulous bike trail!   We walked the entire seven miles of continuous serpentines, up and over boulders, twists and turns, “natural” bridges across chasms constructed of loose rock.  I completely “get” the thrill of riding such a trail on a bike…leaning into each turn, leaping over the rises in the rocks leaving one’s stomach behind in a 5 second delay at the top.  But as a hiker, one can get dizzy following that trail!  I thought we were headed back to the car at least twenty times, only to find myself pointed the opposite direction five minutes later.    I must have said it a dozen times, “The scenery here is ‘otherworldly!  But who in their right mind would ride a bike over this insane terrain?” 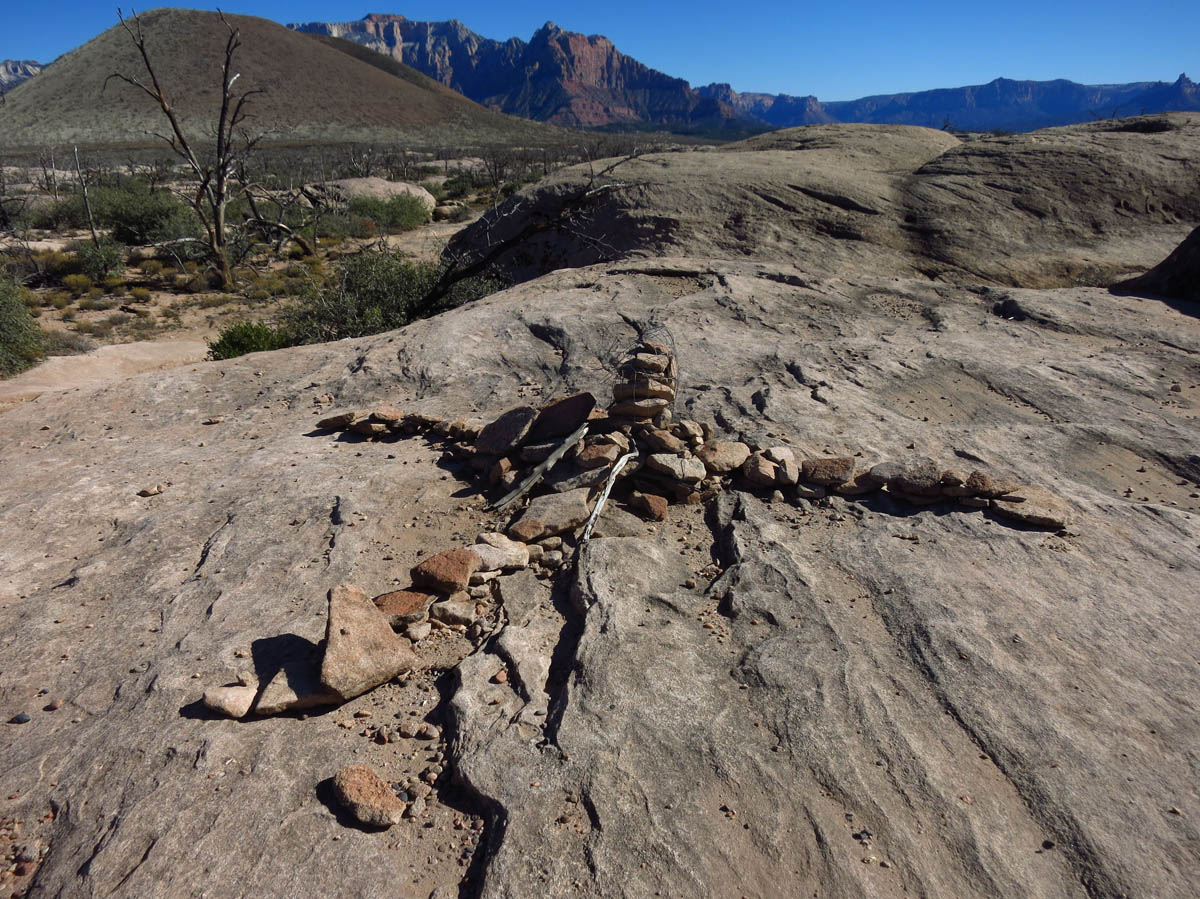 This trail has the most elaborate cairn system I have ever seen! This one points in three directions at the trail intersection. 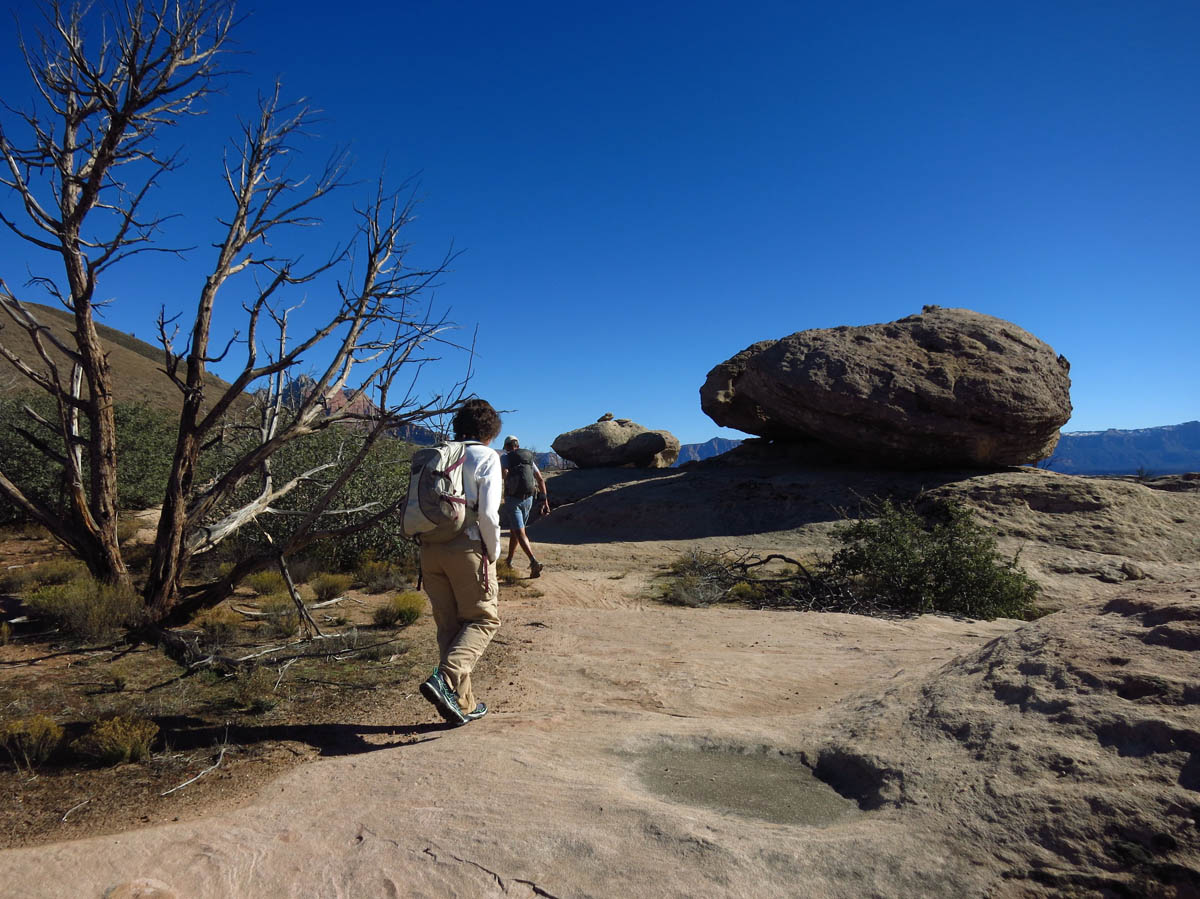 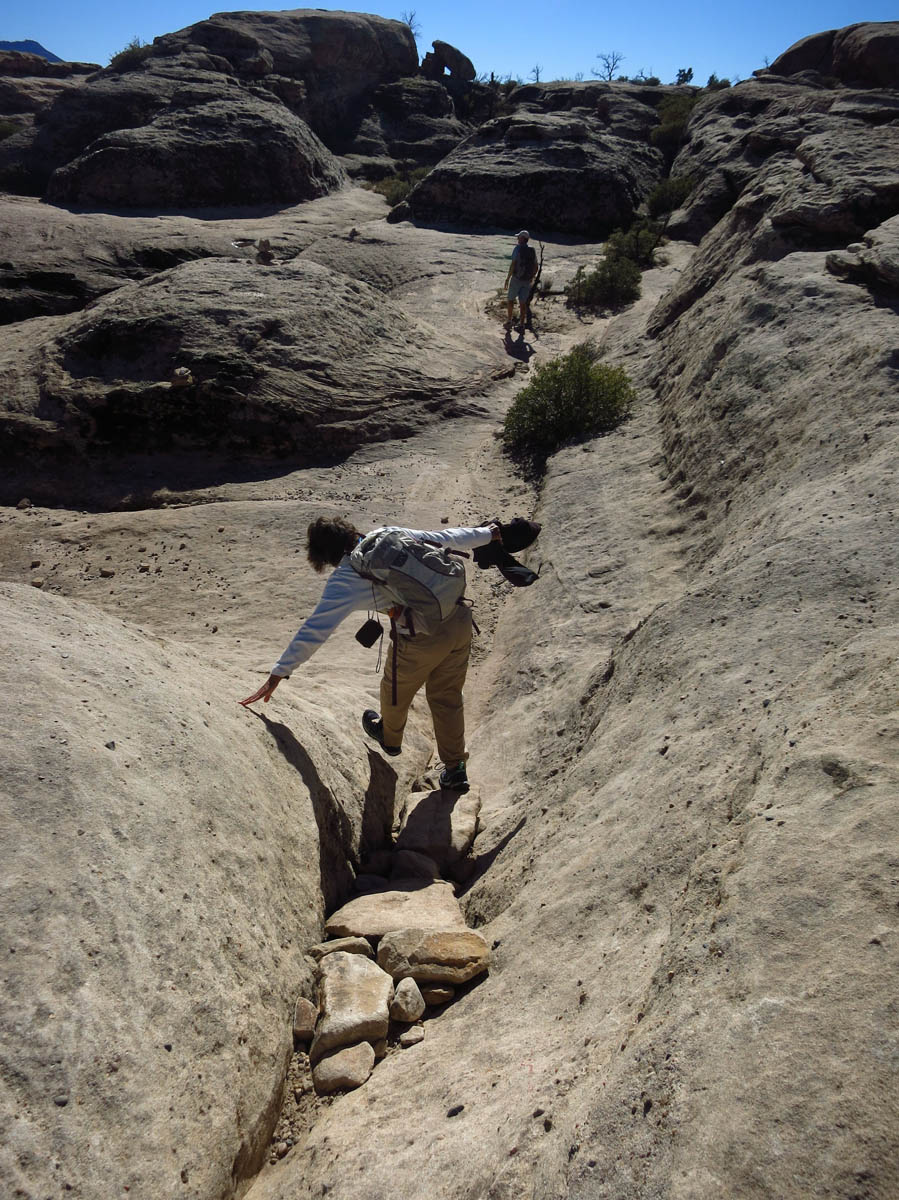 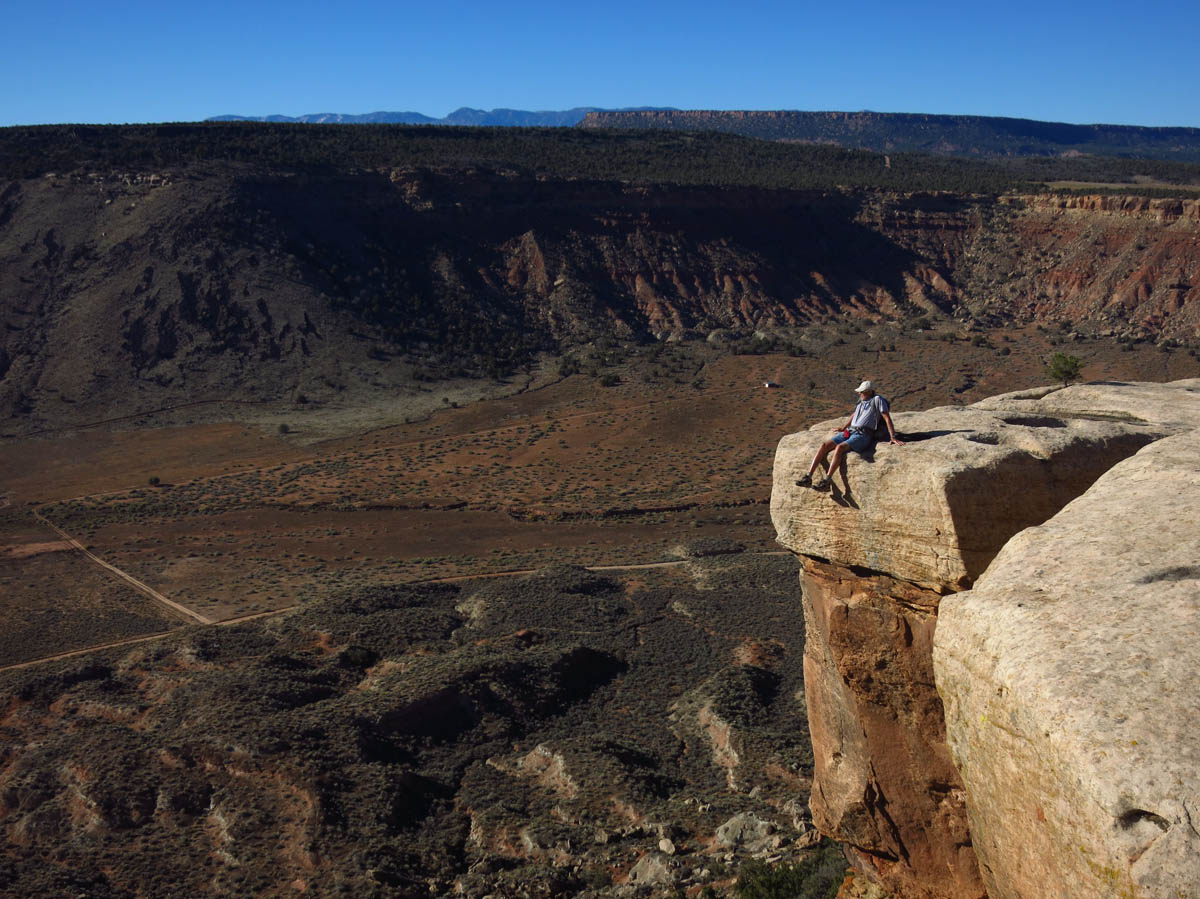 Next time I return to southern Utah, I have set my intentions to ride some of these trails rather than walk them.  (well, two out of three of them, at least!)   It’s been fourteen years since I bought my Trek bike, “Old Faithful,” back in New Jersey.  He was brand new that September day I rode down to the Hudson River and watched the towers fall.  After “re-tiring”him several times, I think I am finally ready to “retire” him.   Let the search begin… 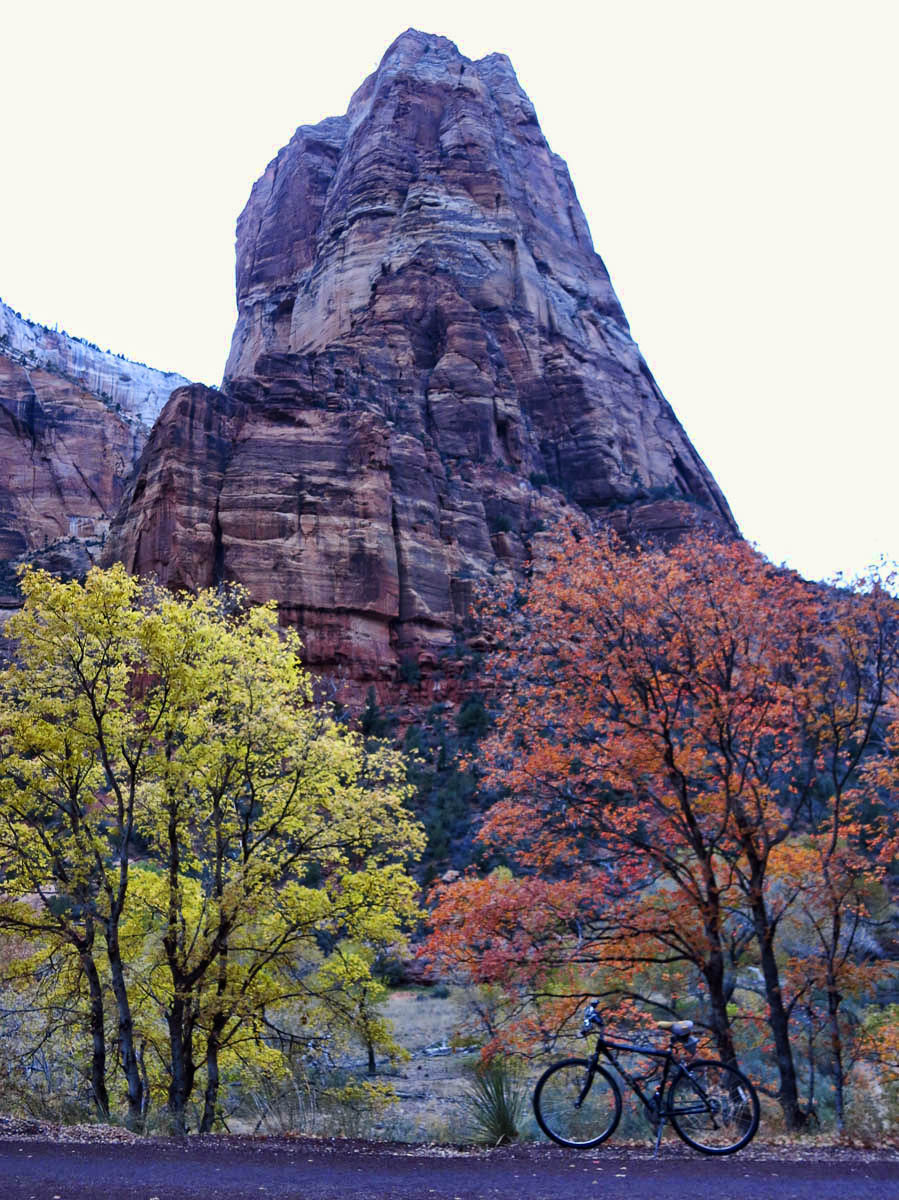 12 thoughts on “On Mesas and Mountain Bikes”