I made several trips across the shipping channel from the sleepy little Isla to the historic center of Mazatlan. The small boats, or “pangas” cost less than $1 to cross. There are pulmonias (open air golf carts on steroid-type vehicles) waiting at the Embarcadero to take you to your destination, but for someone who loves to walk, it’s a great way to spend an afternoon exploring “old” Mazatlan. 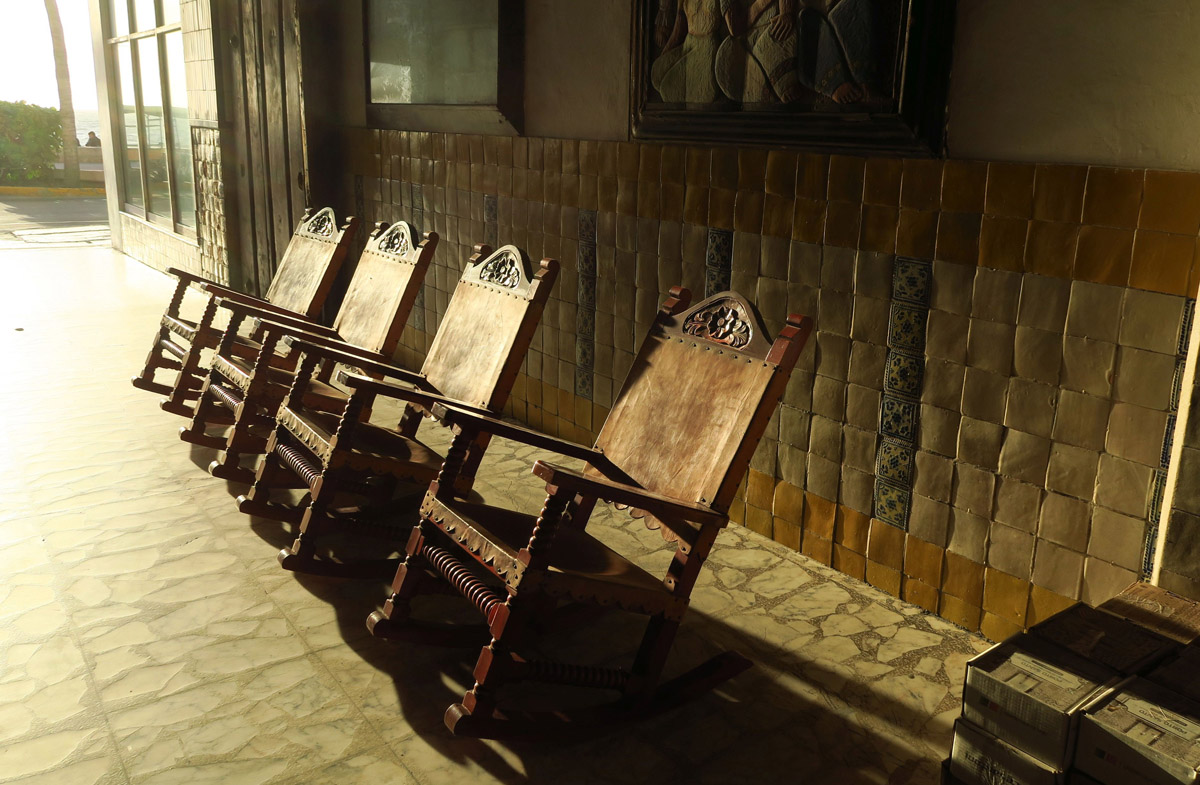 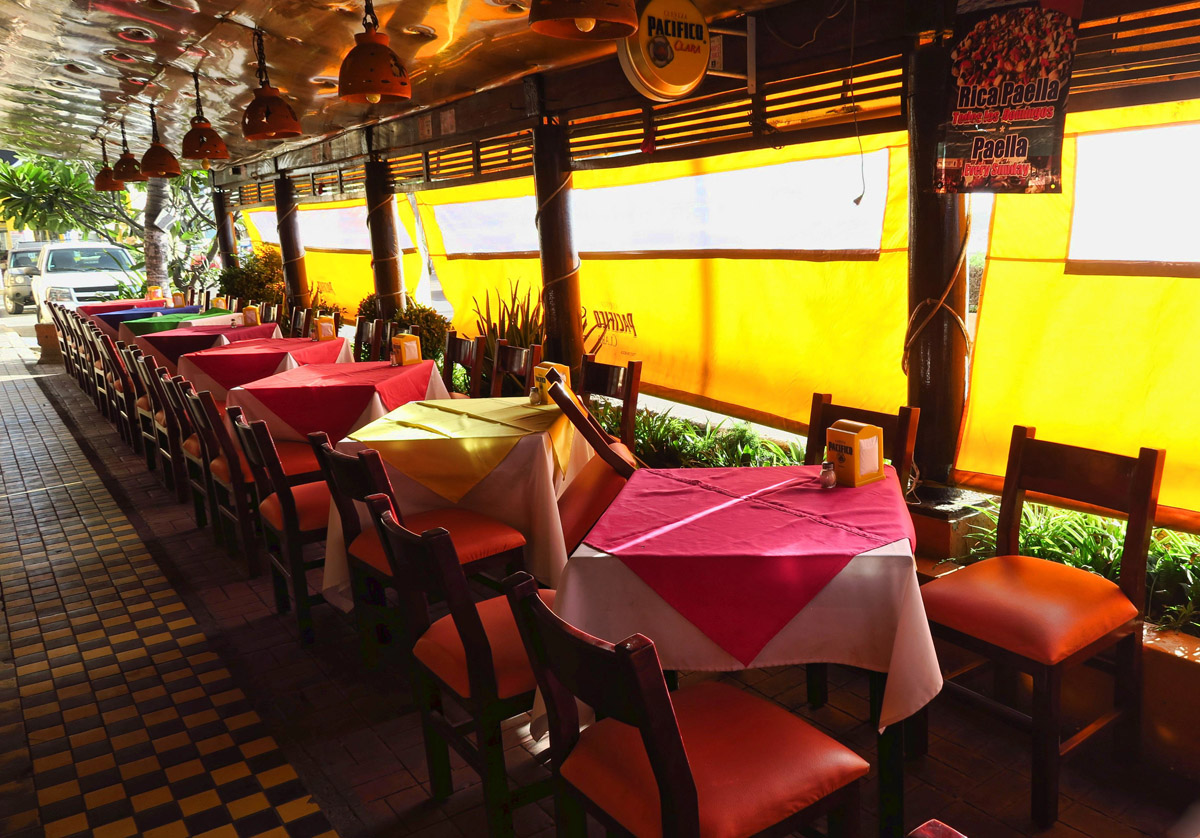 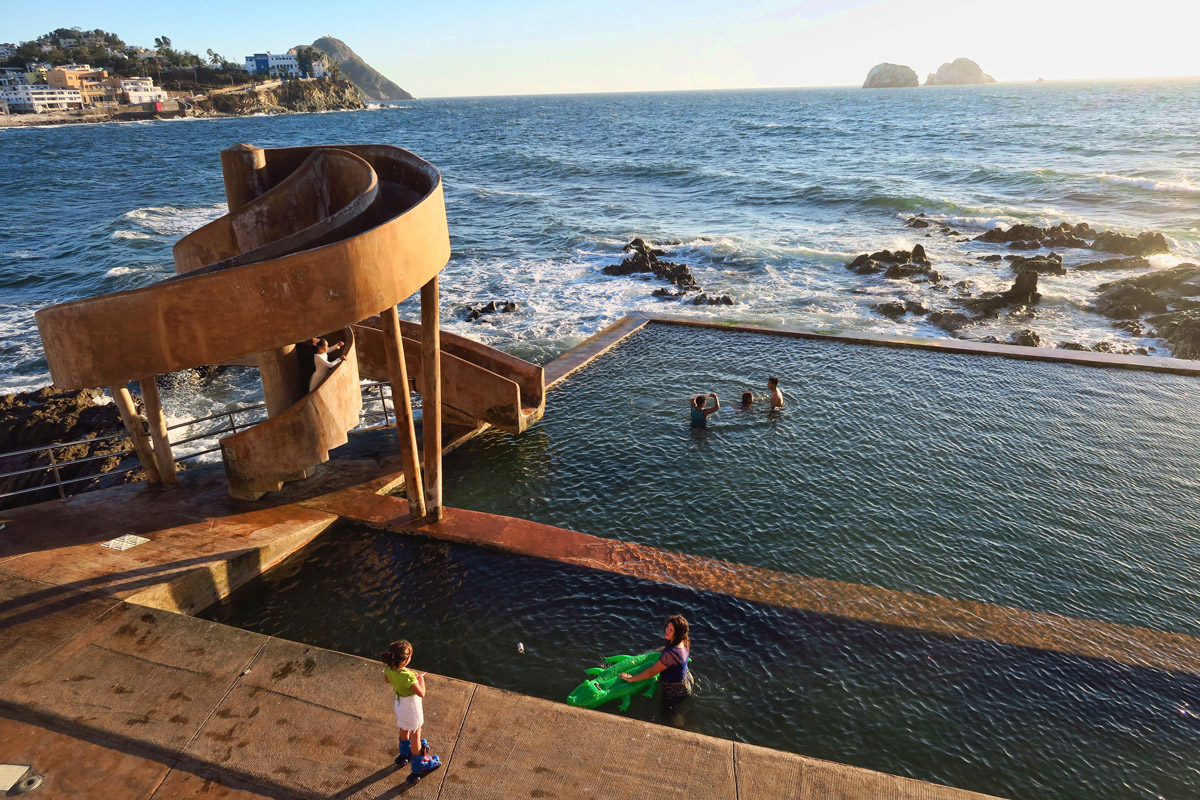 Swimming pool along the Malecon fills with water from the ocean. 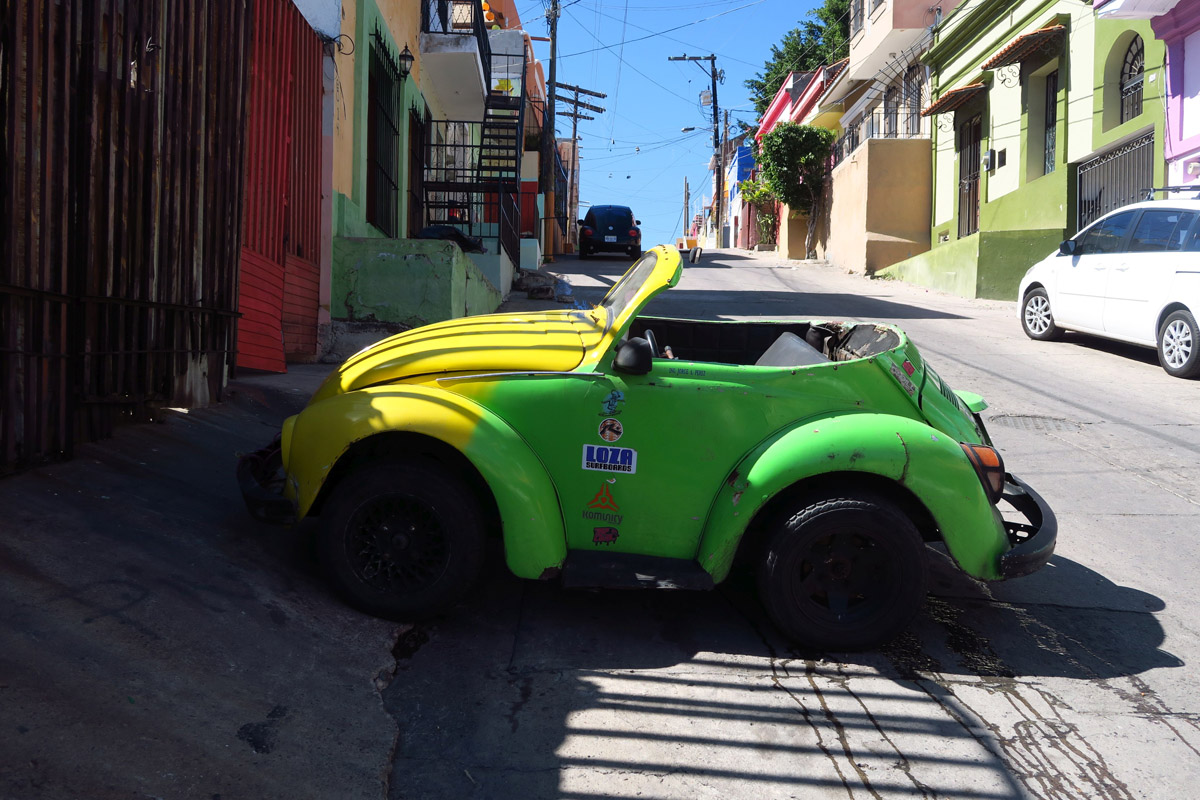 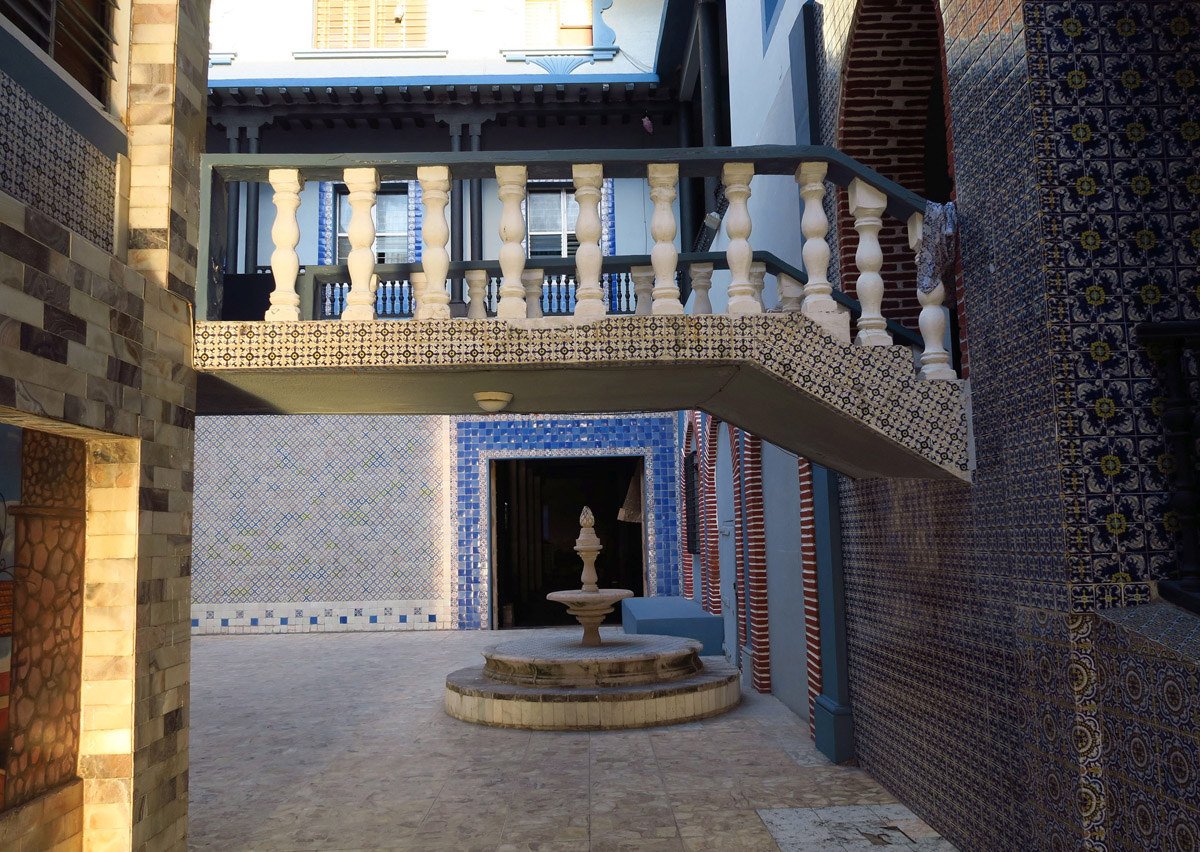 Here are a few of my favorite “Memories of Mazatlan,” or how I spent my time exploring the other side of the shipping channel during my week on the Isla de la Piedra:

Contessa and Colin invited me to attend a concert during the Chamber music series at the Teatro Angela Peralta, built in 1869, named for Mexico’s famous opera star. The theater was dedicated to Perlata following her tragic death from yellow fever just three weeks after having arrived in Mazatlan. The historic theater fell into disrepair, narrowly escaping demolition in 1985. It has recently been restored, now protected as a National Heritage Building. The performance featured Vivaldi’s Four Seasons with a Russian solo violinist, with Pachelbel’s Canon as the warm-up act. Just heavenly! 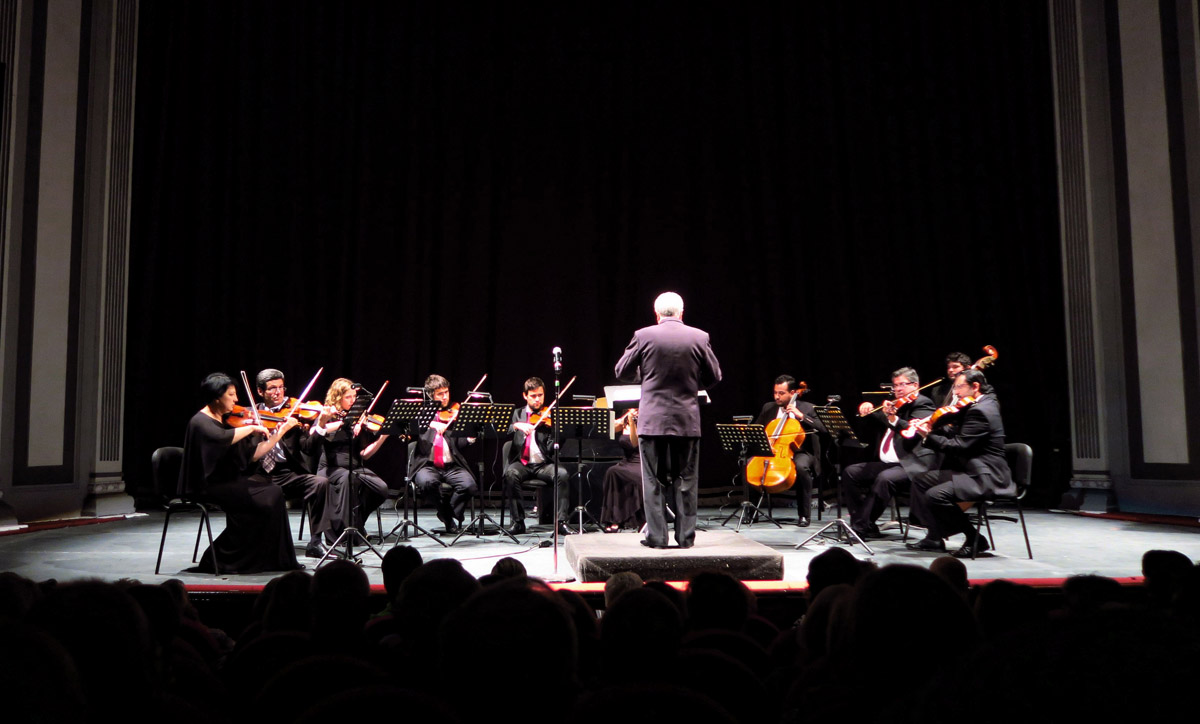 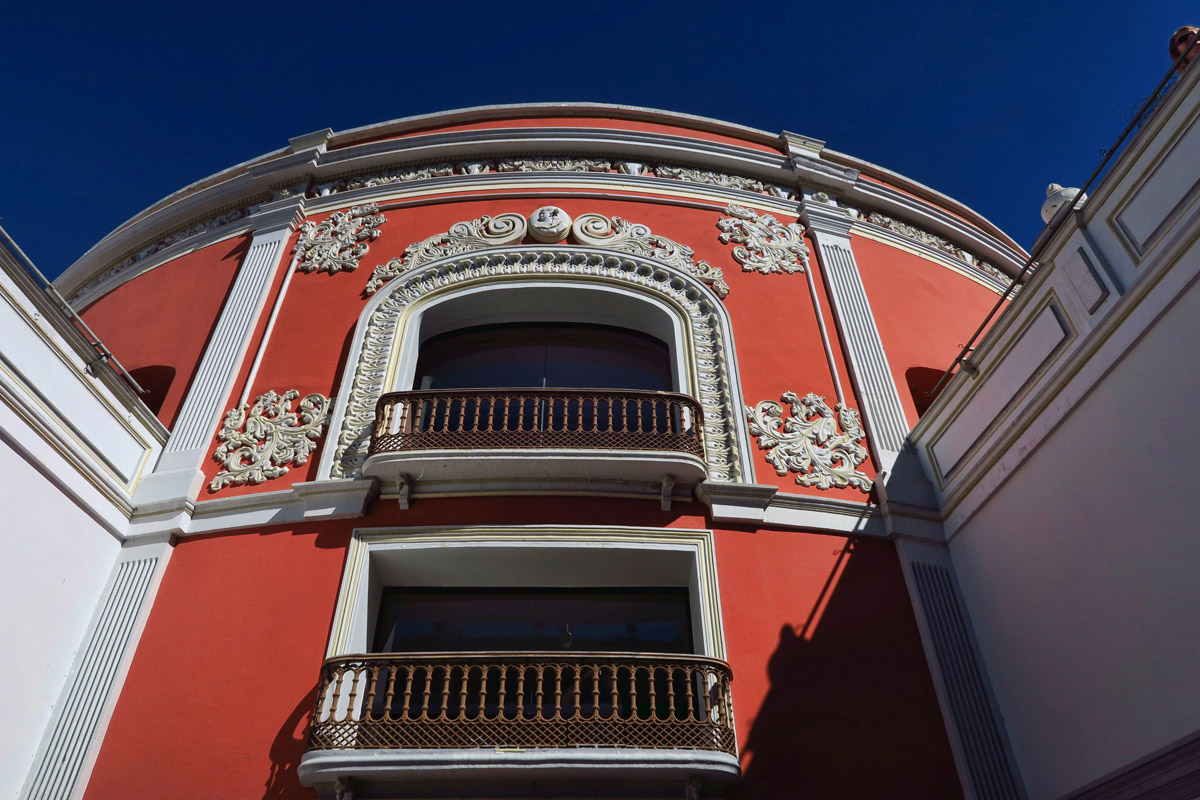 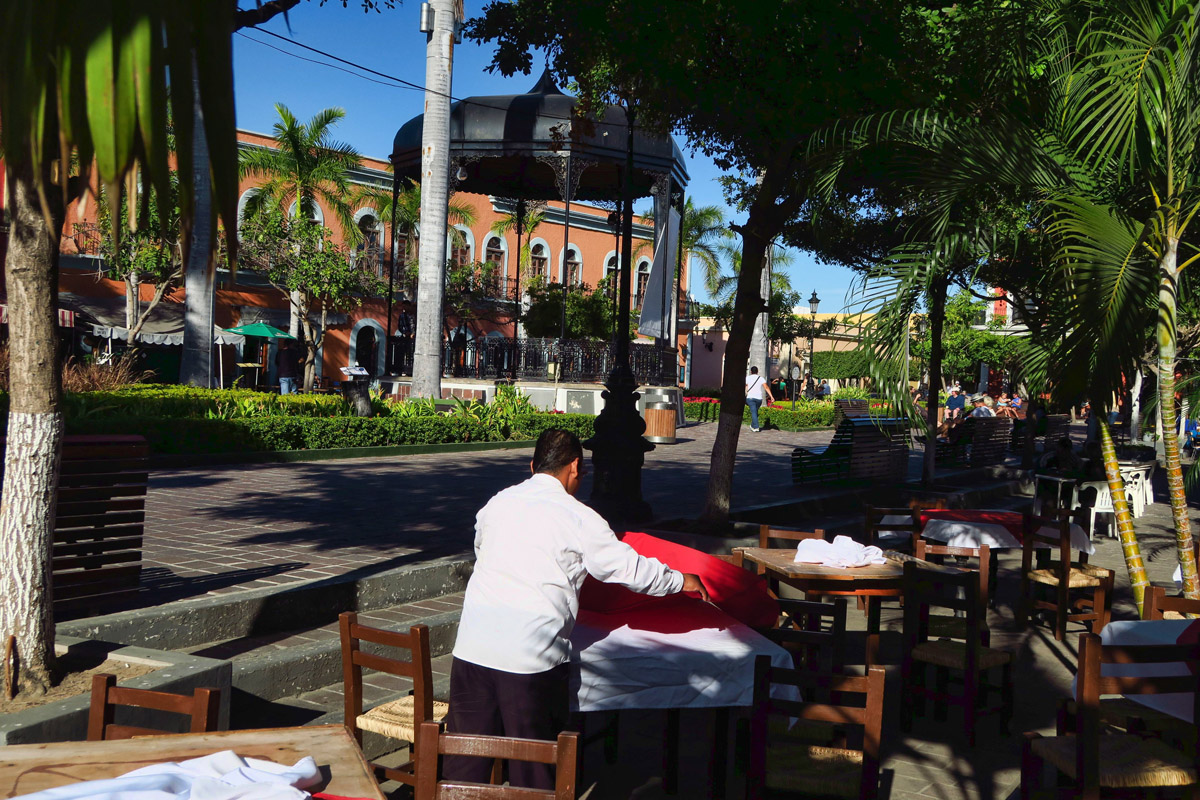 The theatre is in the Plazuela Machado, heart of the historic district. 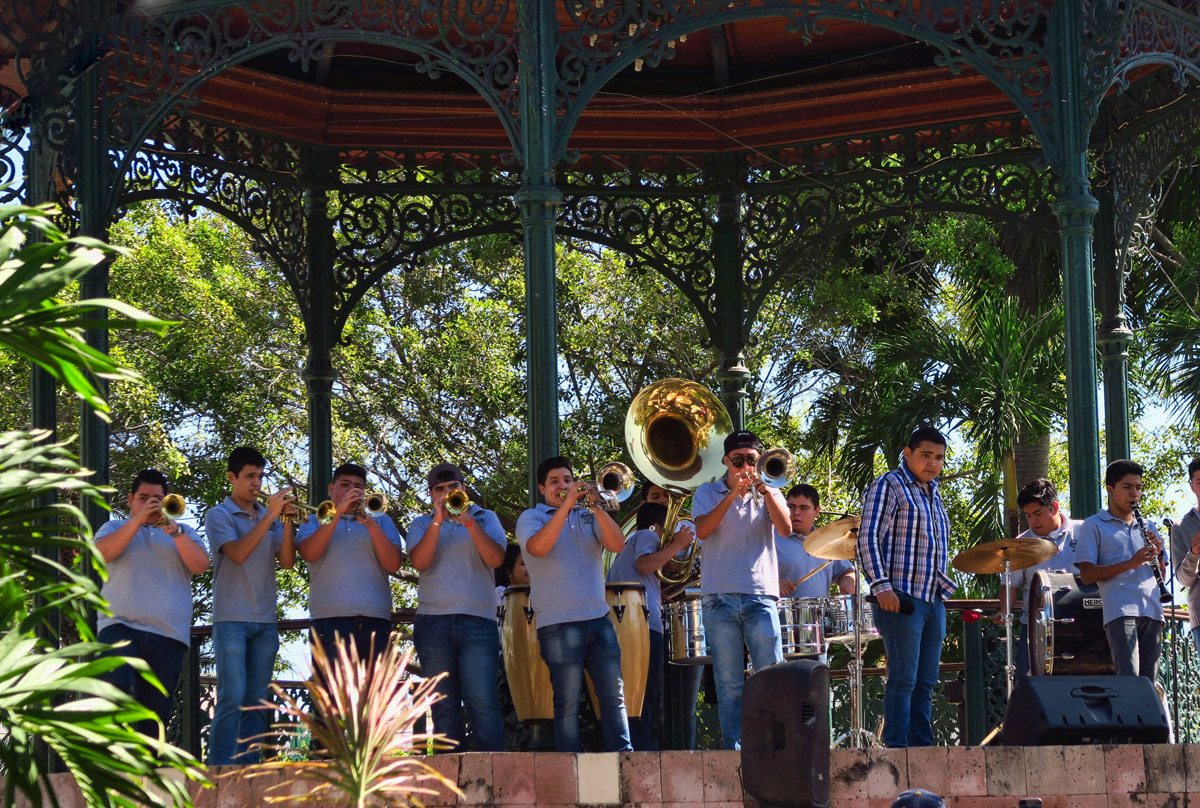 An afternoon concert in Plaza Republica

There’s no better place to get a read on a Mexican city than its market. It often feels like the heart, with energy coursing through the aisles like oxygen-rich blood pumping through its chambers. Busy. Thriving. Bountiful. Odoriferous, yet not entirely unpleasant due to the freshness of offerings. I love to wander up and down each and every aisle, assessing the similarities and differences of the Central Markets across Mexico. Mazatlan’s Mercado Pino Suarez has been in operation since 1900. 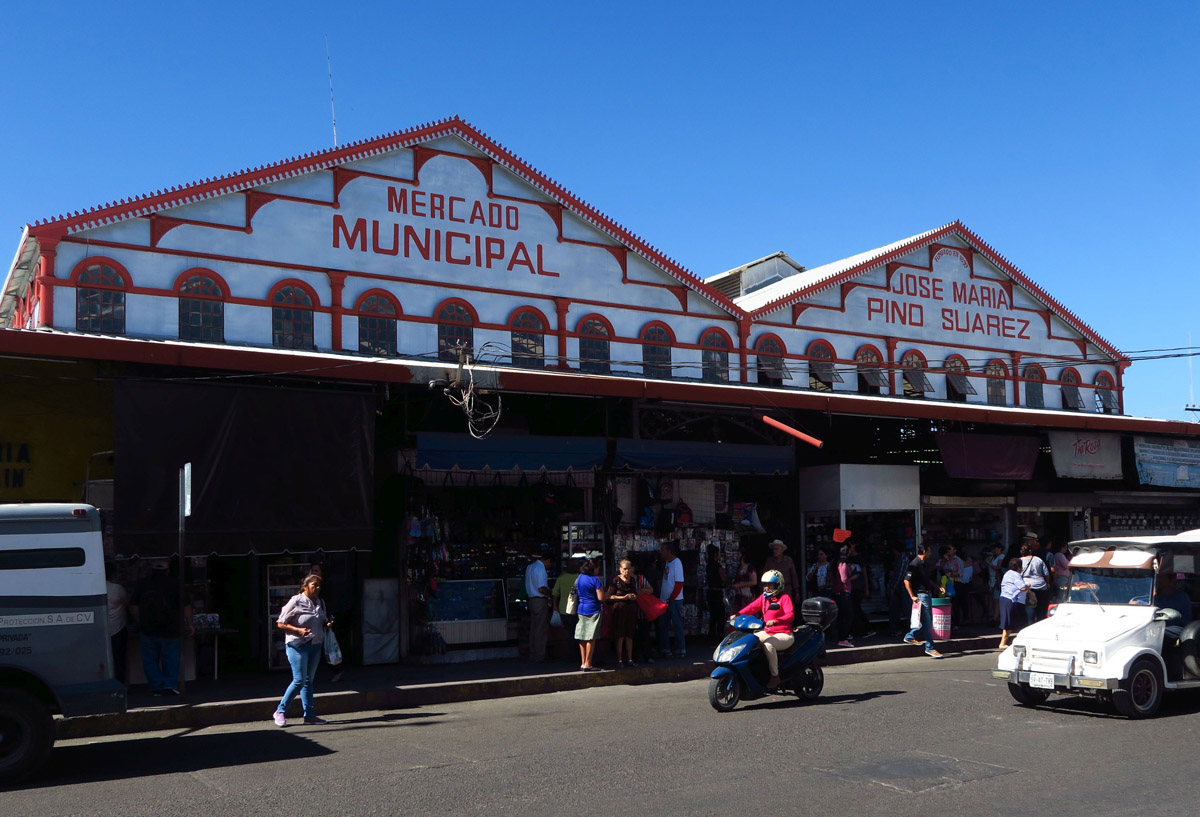 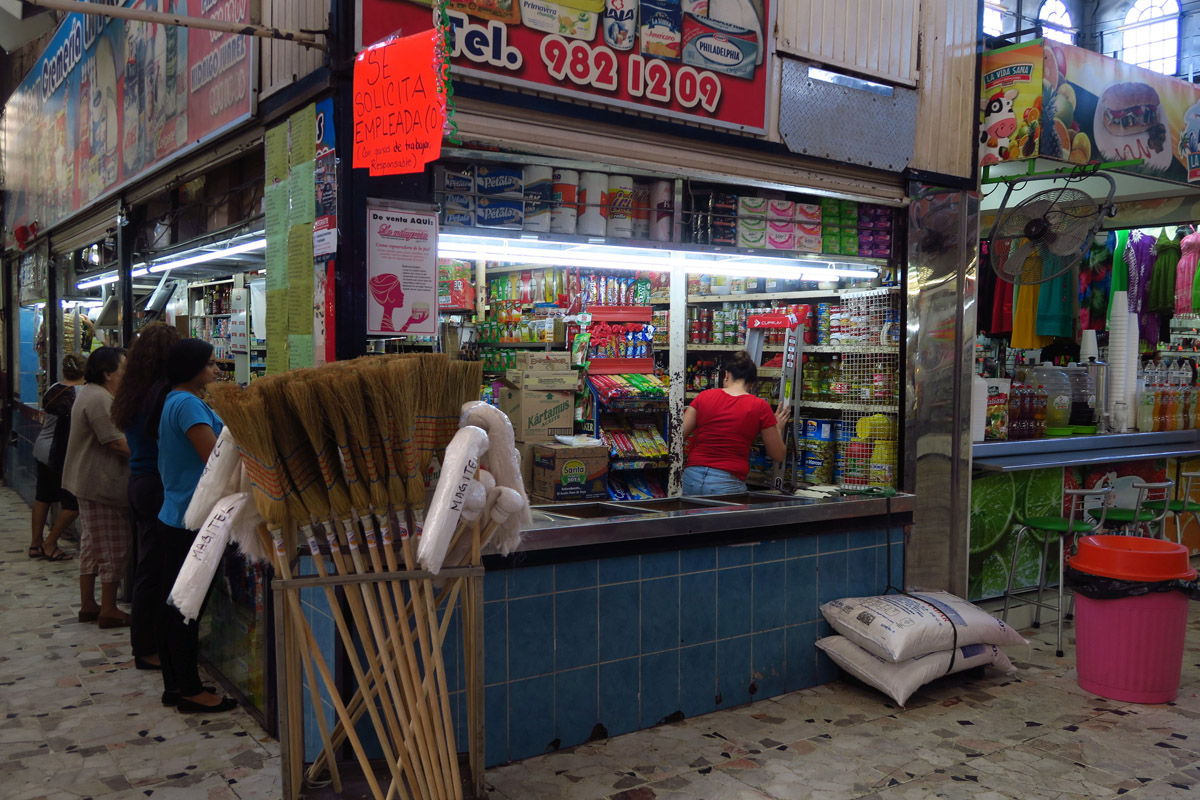 Small “stores within a store.” 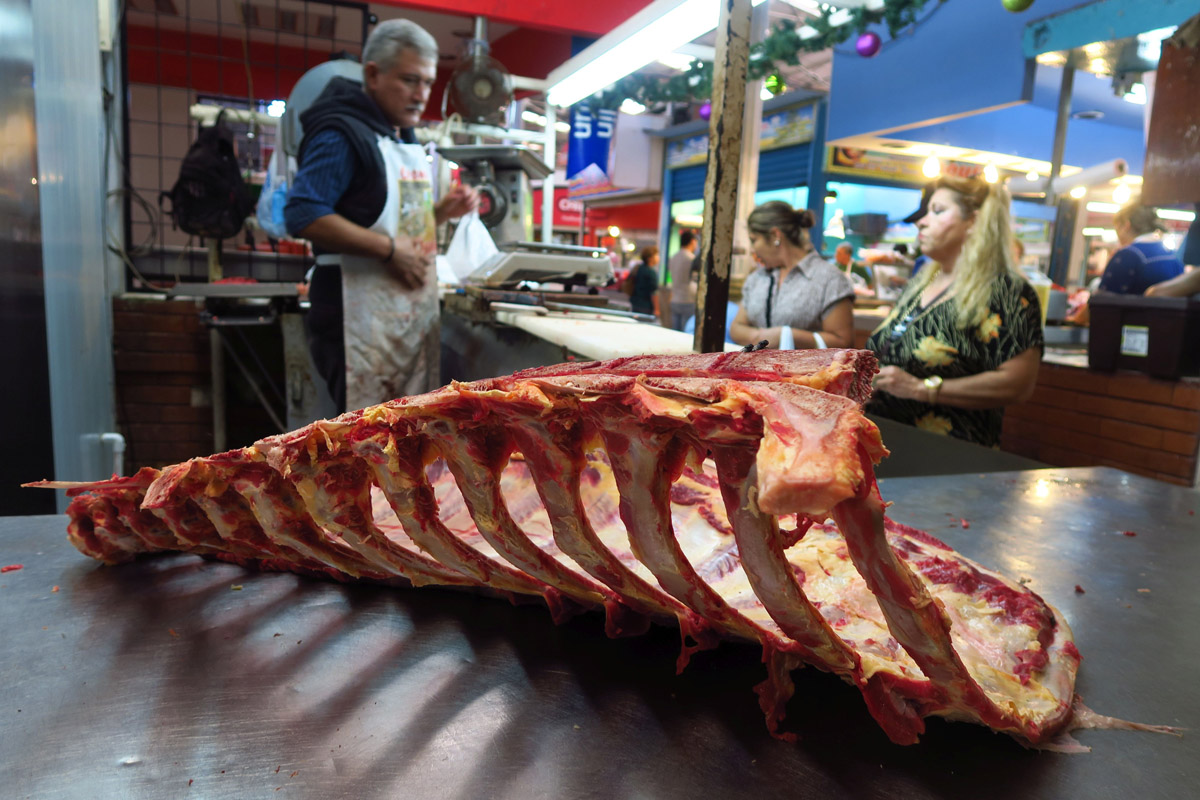 (Apologies to my vegan friends.) 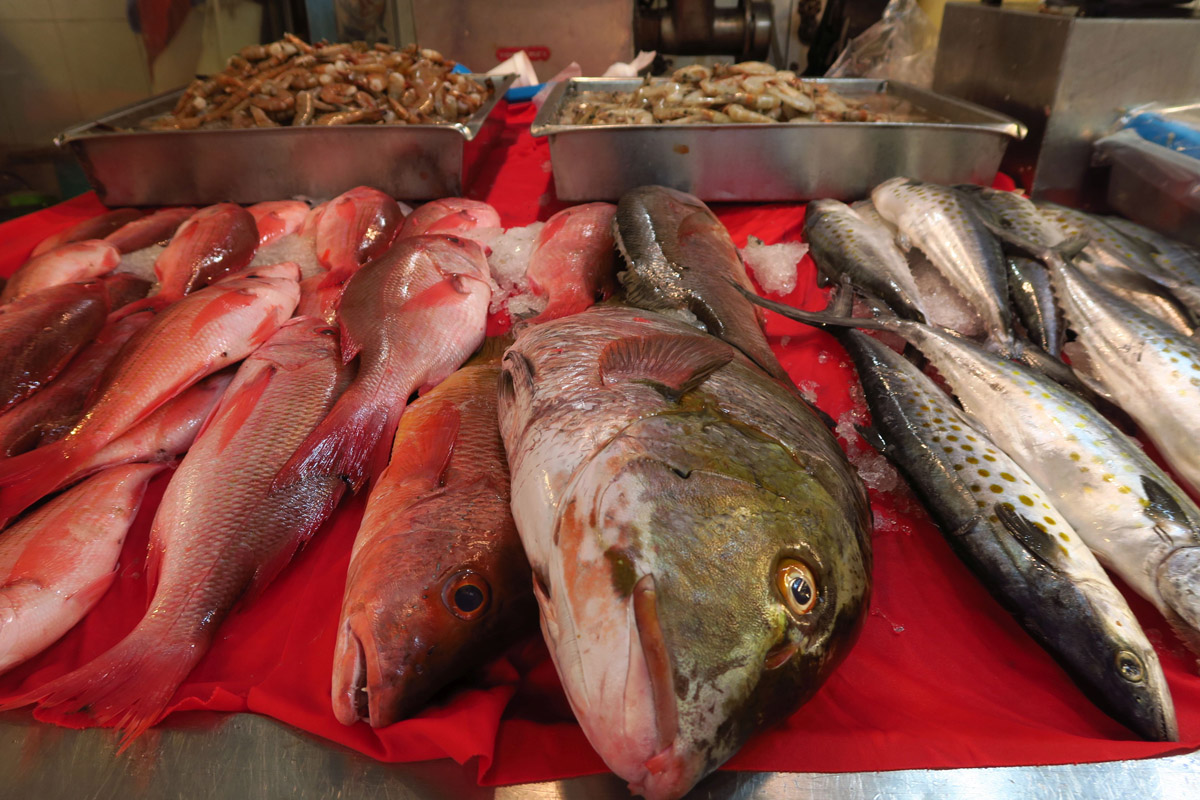 Mazatlan’s market is the first one I have seen with small grocery stores inside. Typically, the vendors specialize in an item; produce, meat, breads, but I don’t often see small storefronts backed with shelves of canned goods and paper products inside a “Mercado.”

On advice from Contessa, I sought out Tony’s Burgers in the corner of the market for their famous “Hamburgesa de Camaron,” or Shrimp Burger, big chunks of grilled shrimp in between a warm, buttery sesame seed bun, layered with avocado, lettuce, tomato, and crème fresca. 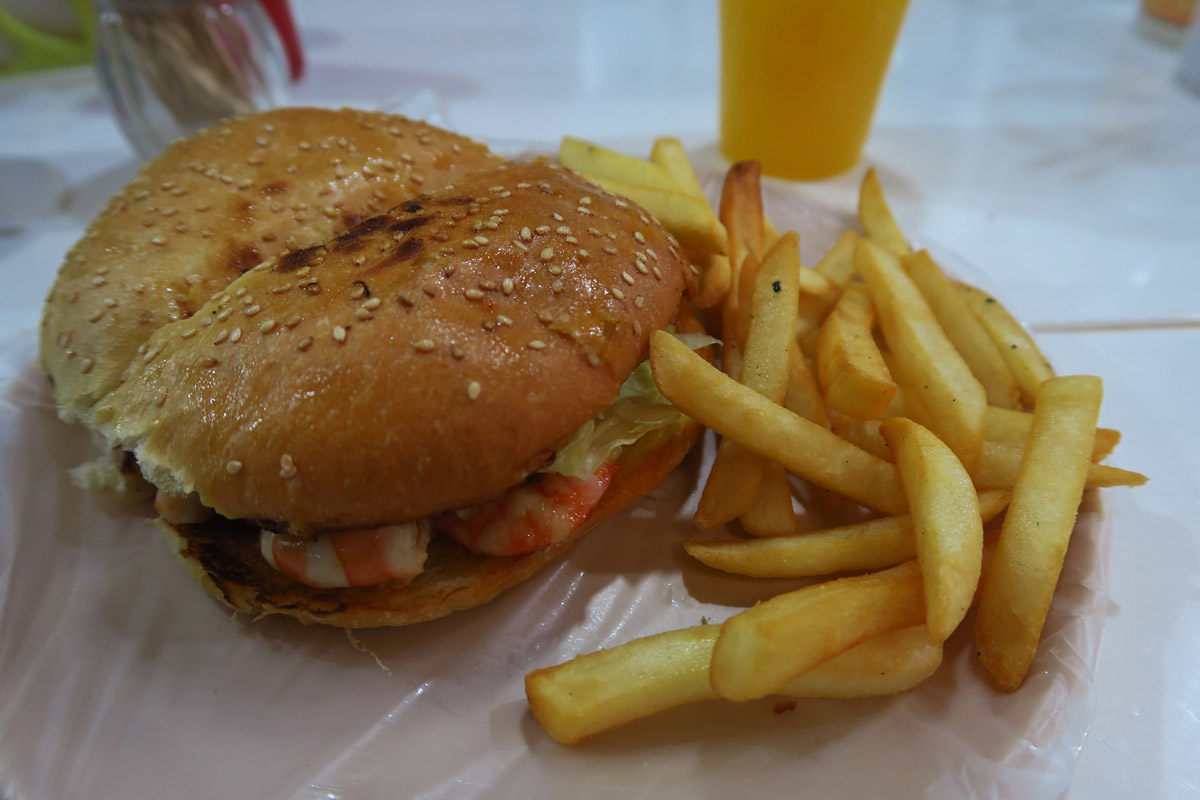 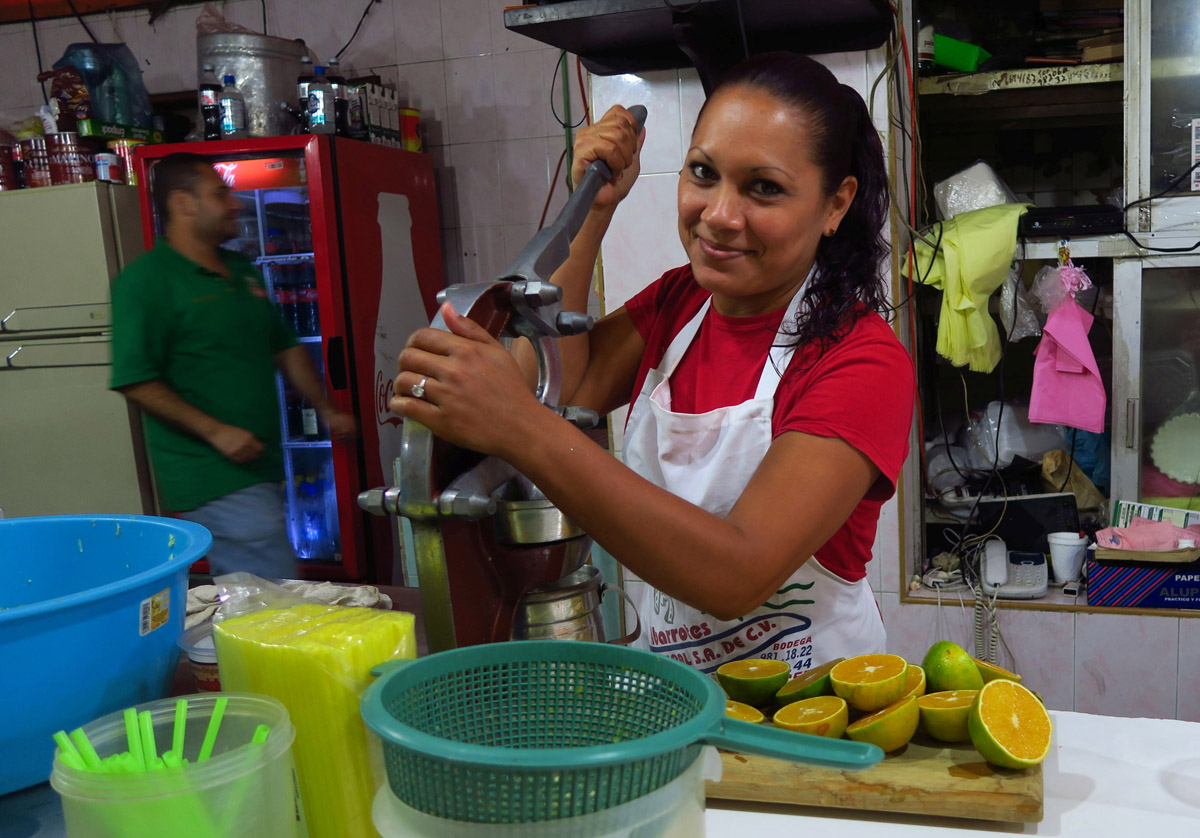 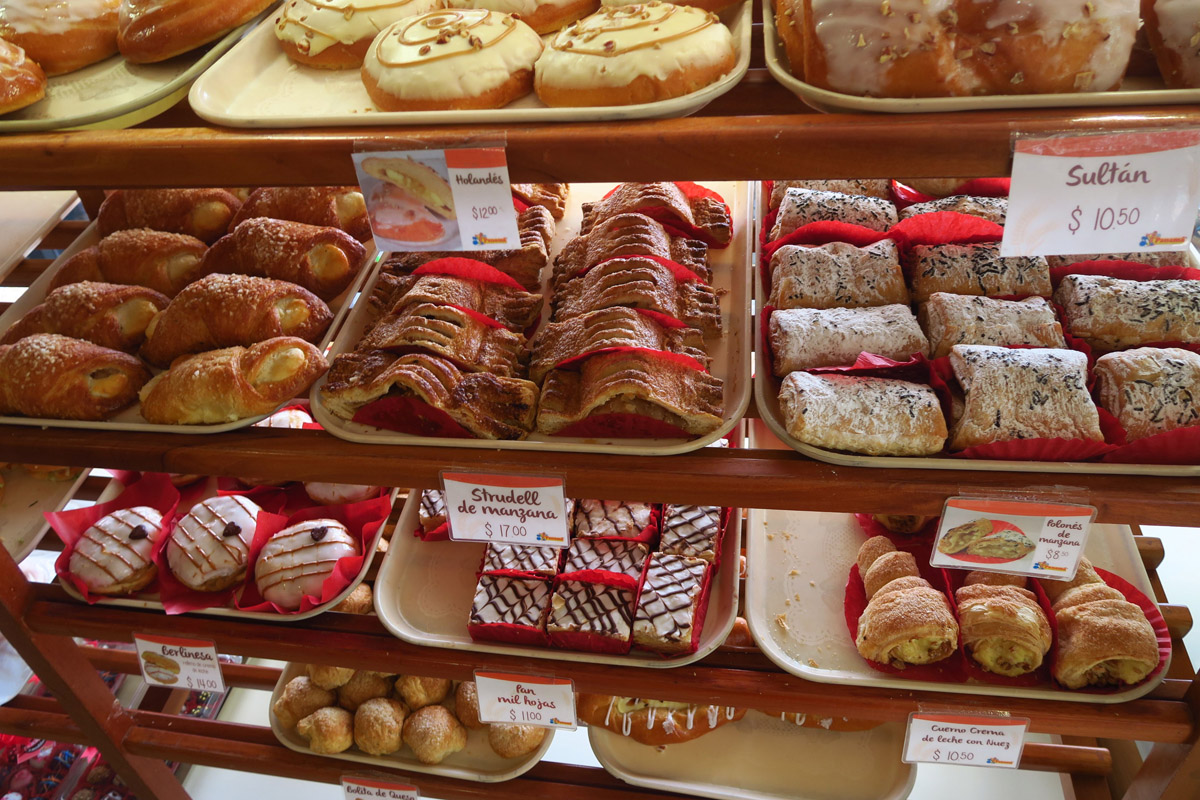 Just around the corner is Pastelerías Panamá

And finally, in honor of “International Women’s Day,” today, March 8th, I am sharing some photos of one of my more memorable moments in Mazatlan, the Woman’s March. Although attendance was not as great as other cities, it was still an honor to participate in what turned out to be the largest peaceful protest of my time; over 5 million participants worldwide, standing together in non-violent solidarity. 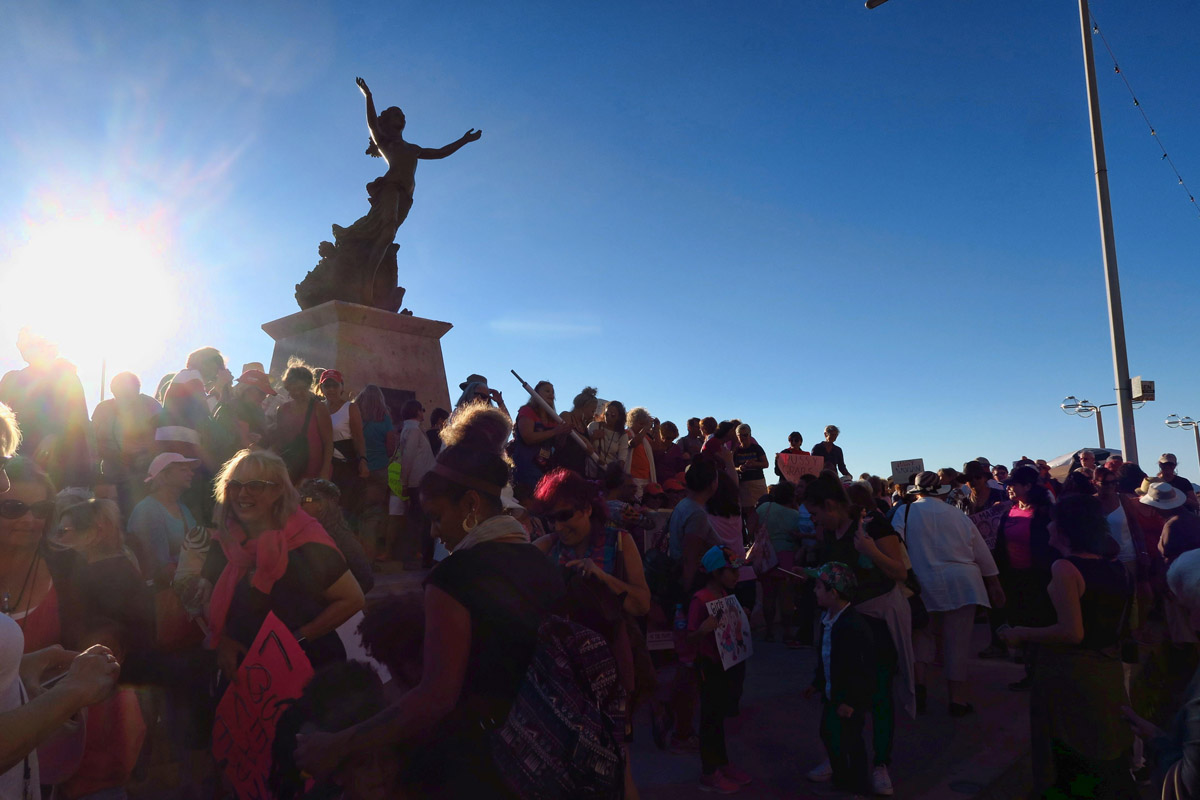 The march culminated at The Mazatleca Woman Monument “La Mujer Mazatleca” a bronze statue celebrating the woman of Mazatlan. 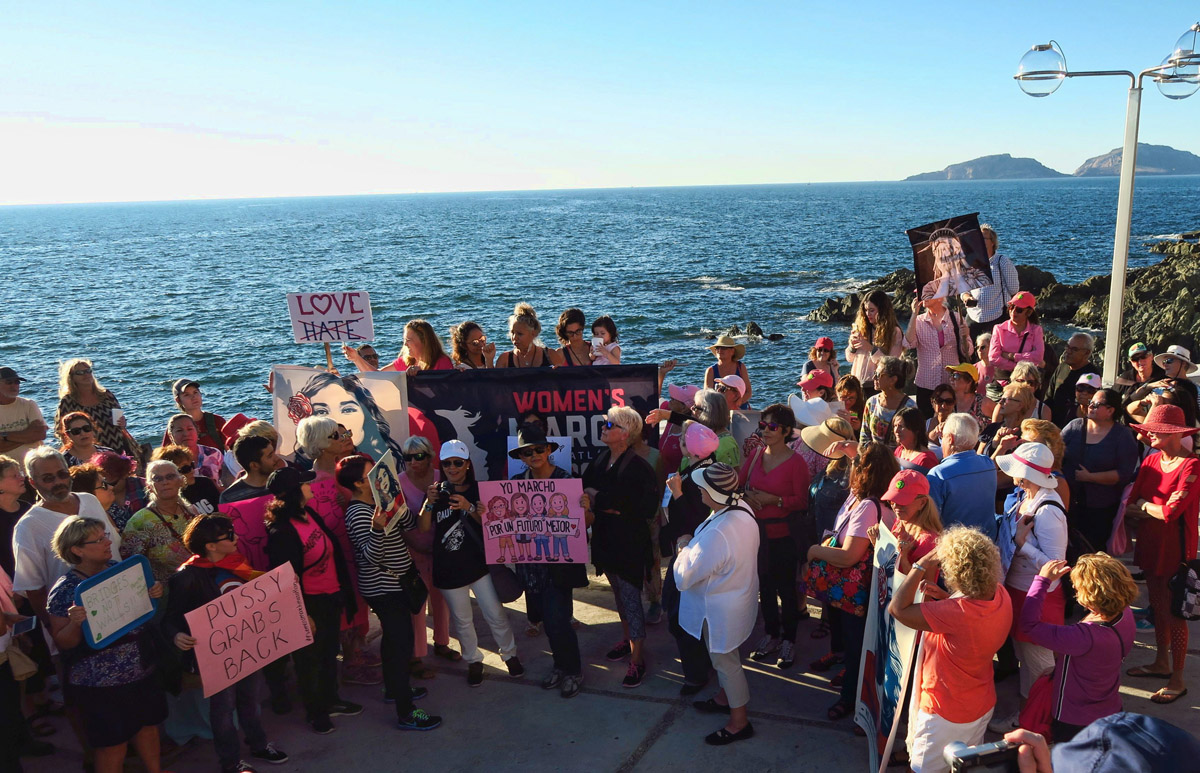 Mazatlan’s Woman’s March attendance was estimated to be between 300 and 500 participants. 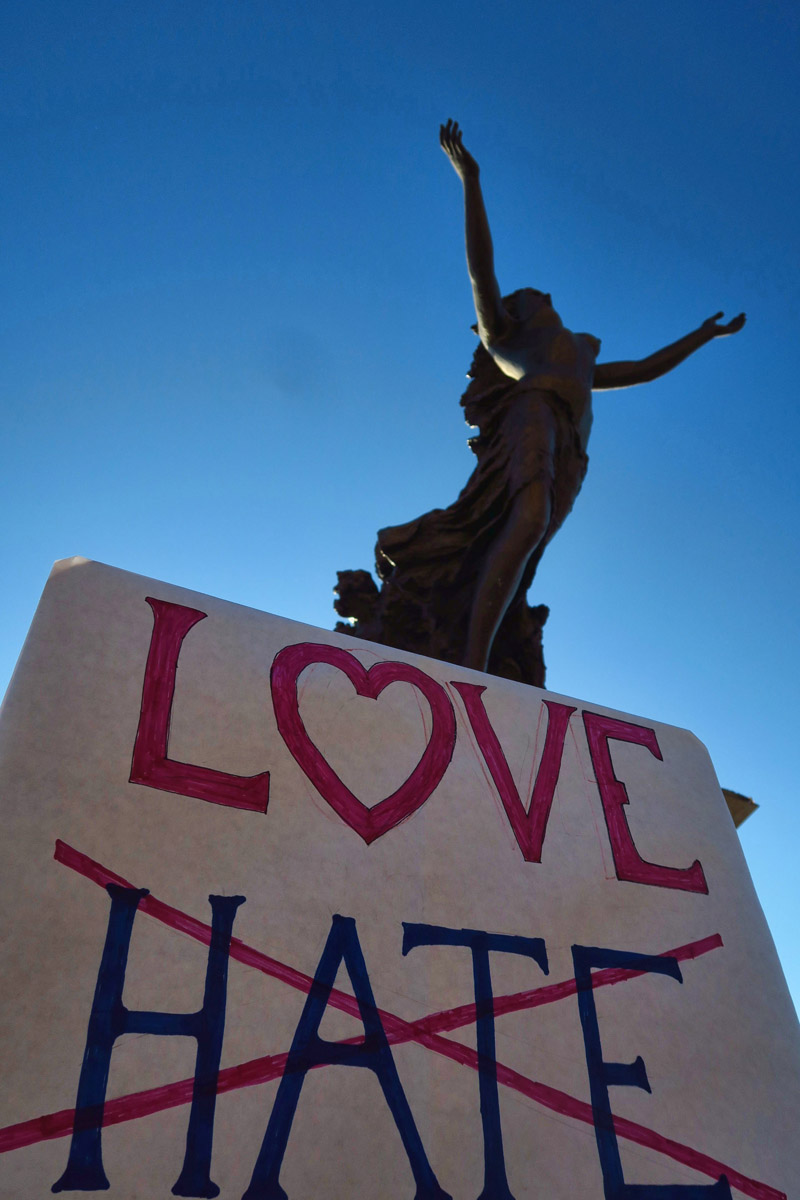 Although International Women’s Day is meant to commemorate the struggle for women’s rights, I prefer to think of it as a celebration of the momentum that has been achieved since the first Women’s’ Day observance back in 1909. Half of those years have spanned my lifetime. I am proud of what has been accomplished in overcoming obstacles and adversity, and I will strive to find inspiration by the momentum that is born from the catalyst of chaos in our current times. Though there will be temporary set-backs and oppression, awareness has been raised and consciousness has been awakened. Pity we even have to have such a thing as a “Woman’s Day,” but until then… “We work peacefully while recognizing there is no true peace without justice and equity for all.” 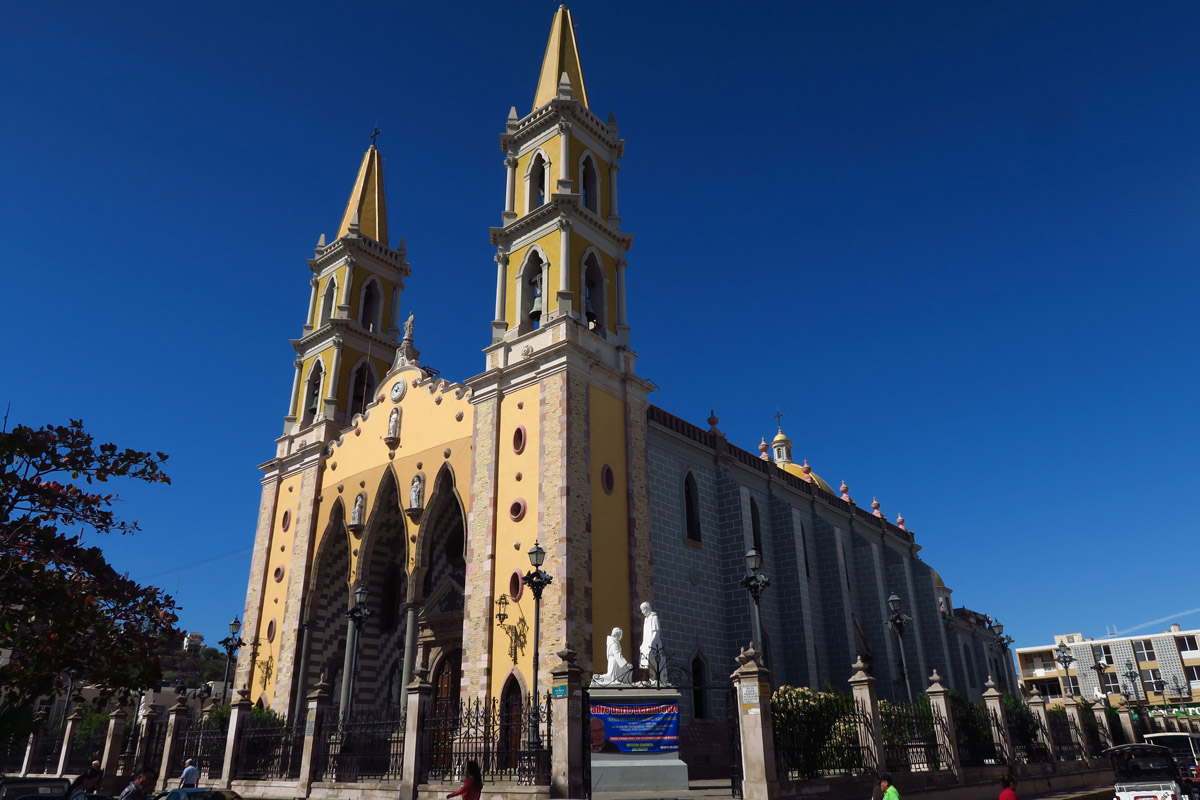 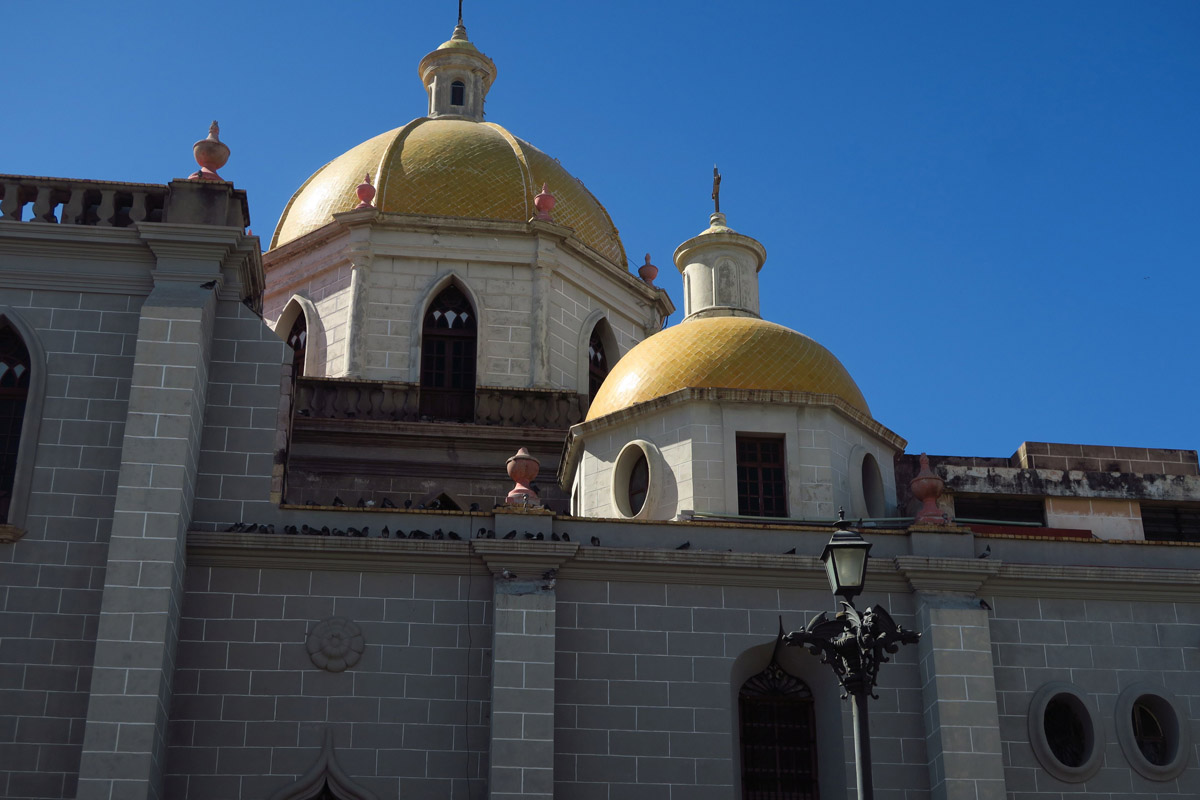 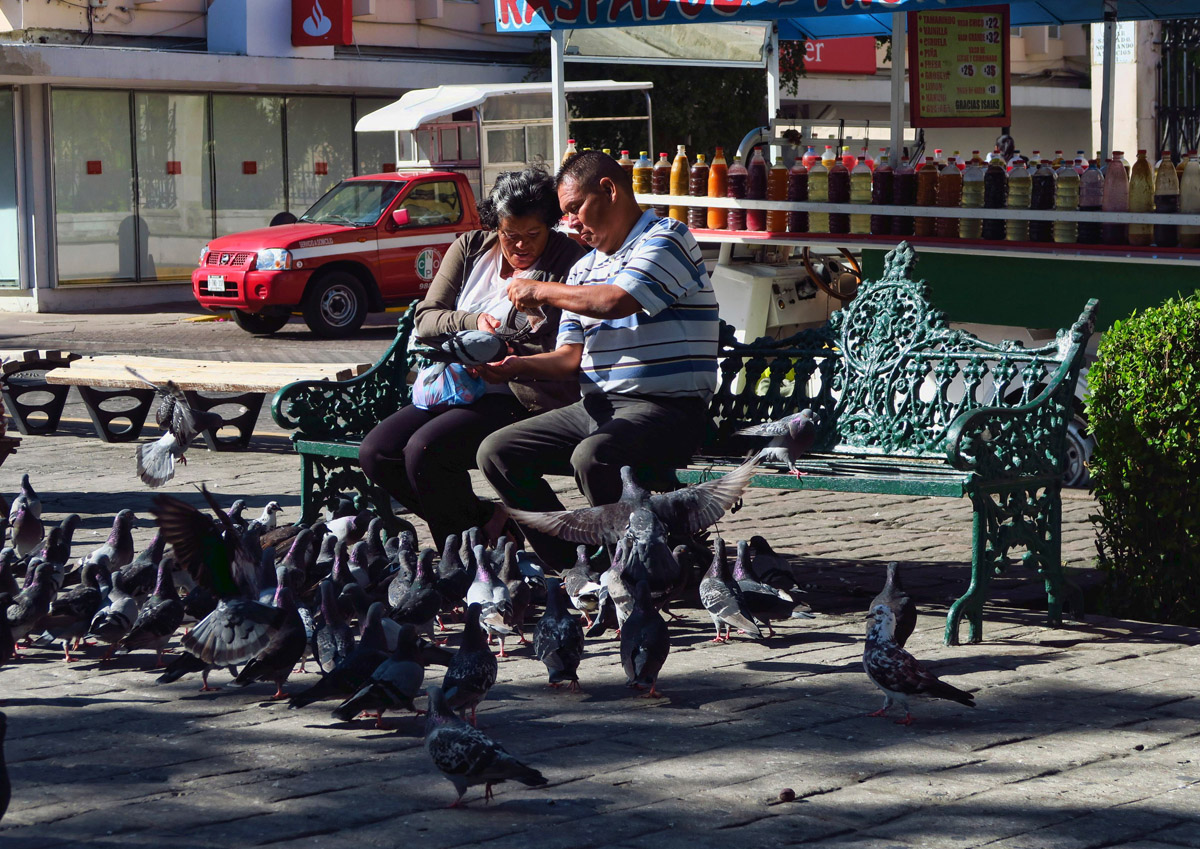 On my last night in Mazatlan, I joined Contessa and Colin for a farewell dinner along the Malecon. They picked a lovely restaurant that would offer optimum sunset viewing with unobstructed views to the west…my continued direction. 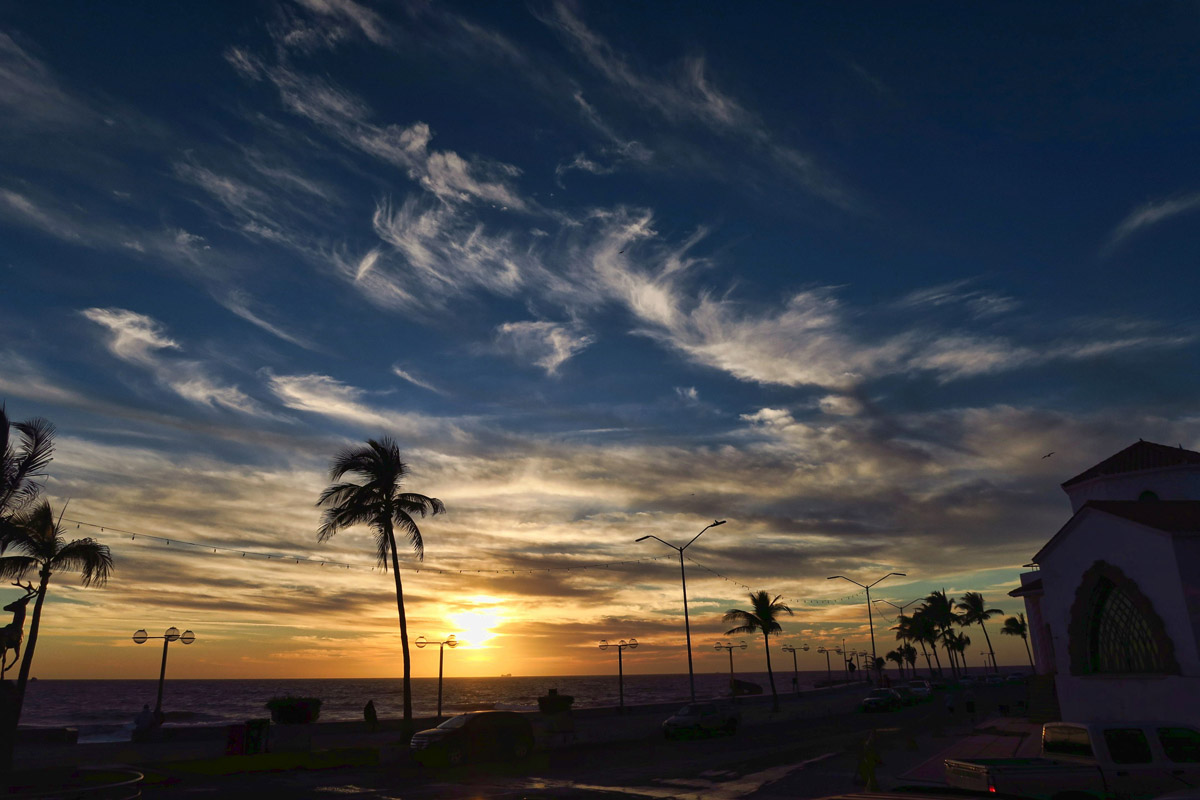 Imagine sitting on the terrace of a restaurant, dining to this show! 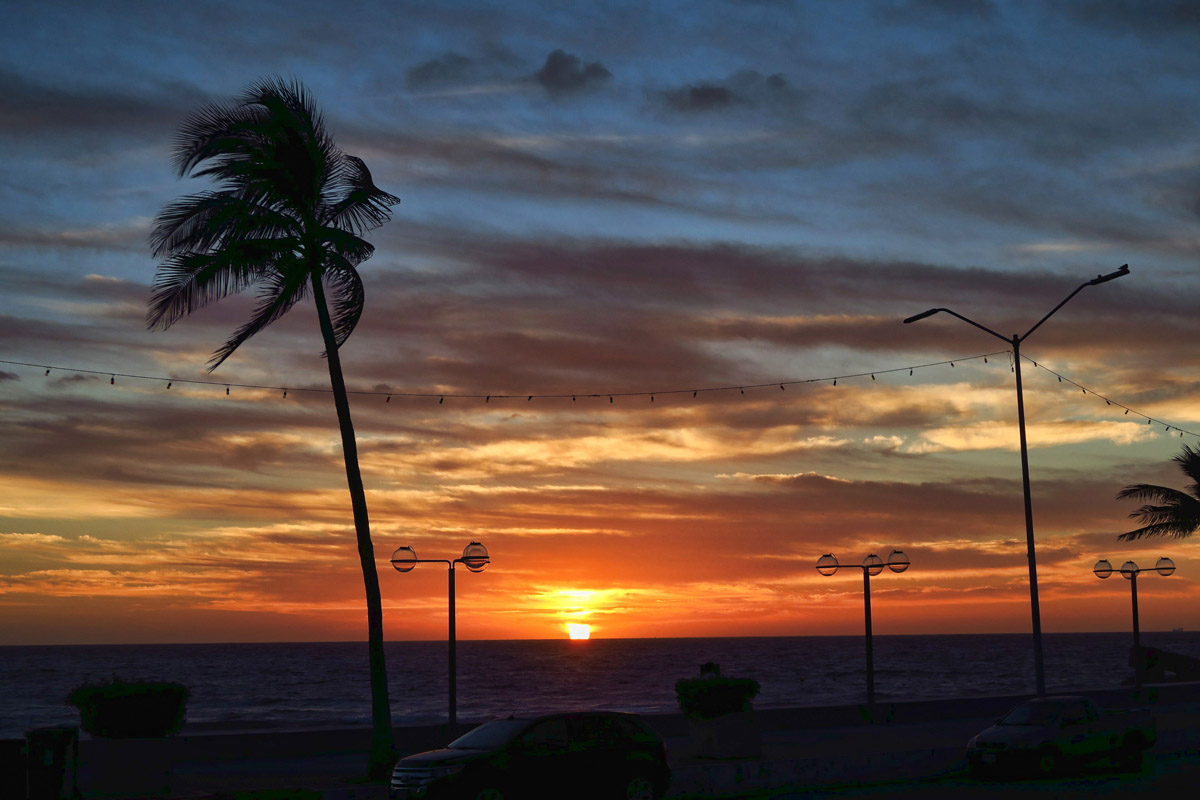 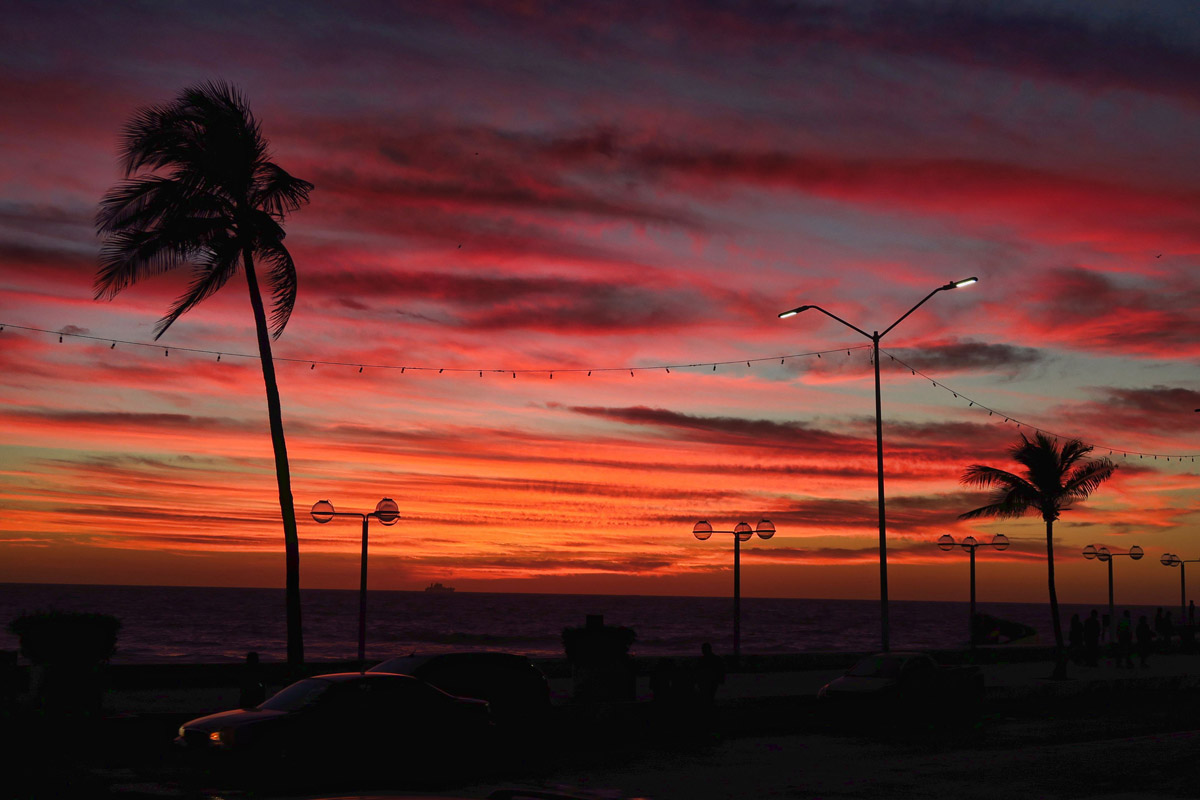 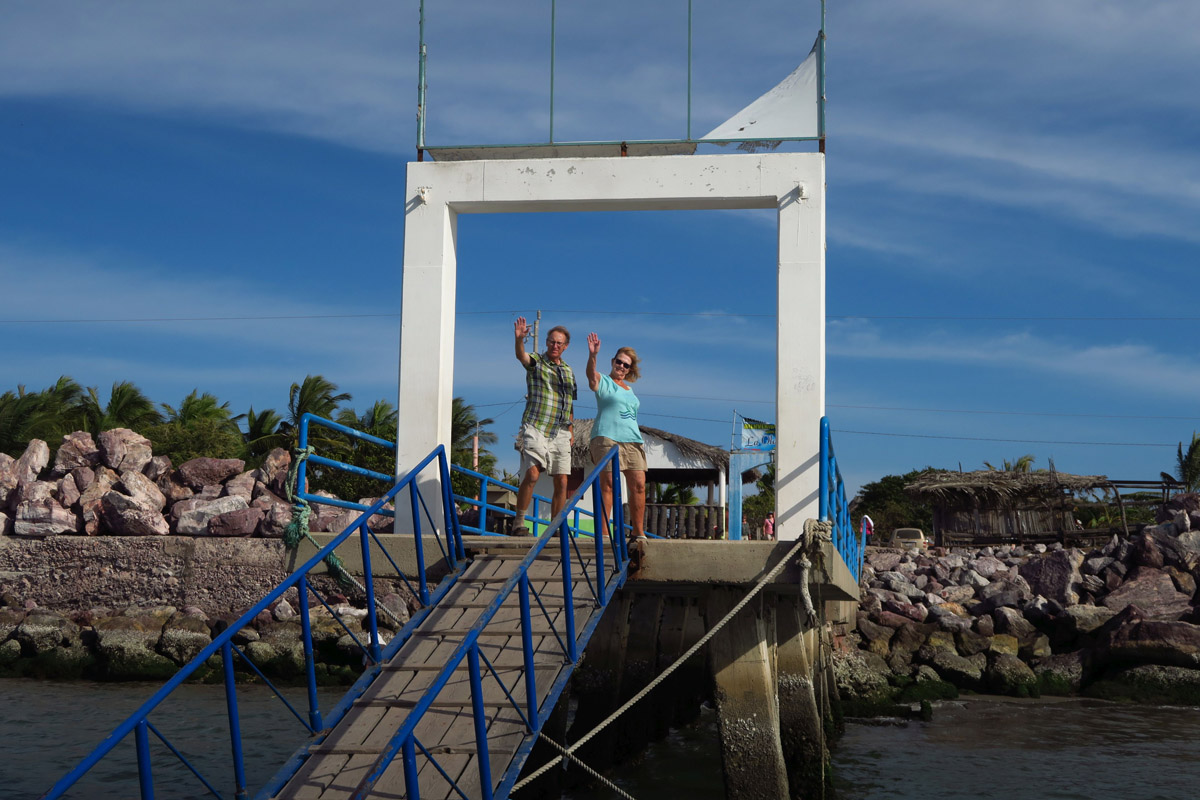 Adios, Mi Amigos! Thank you for your kind and generous hospitality! 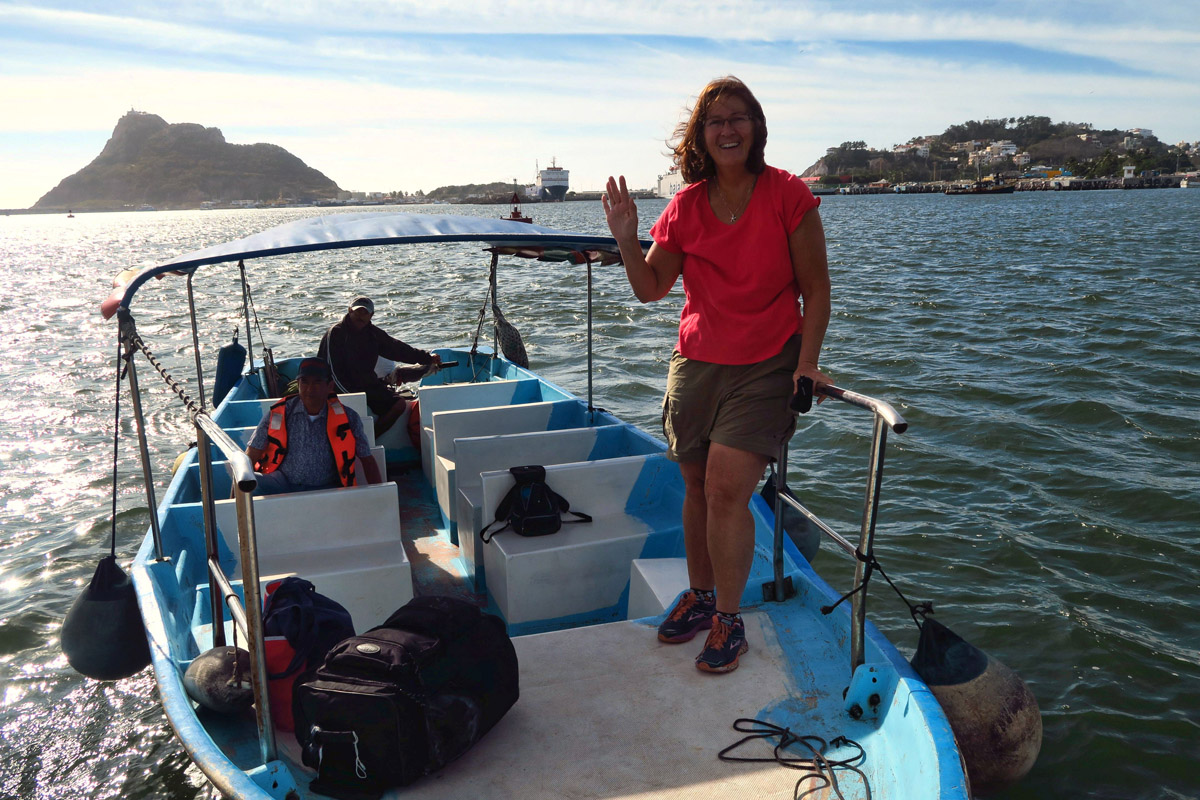