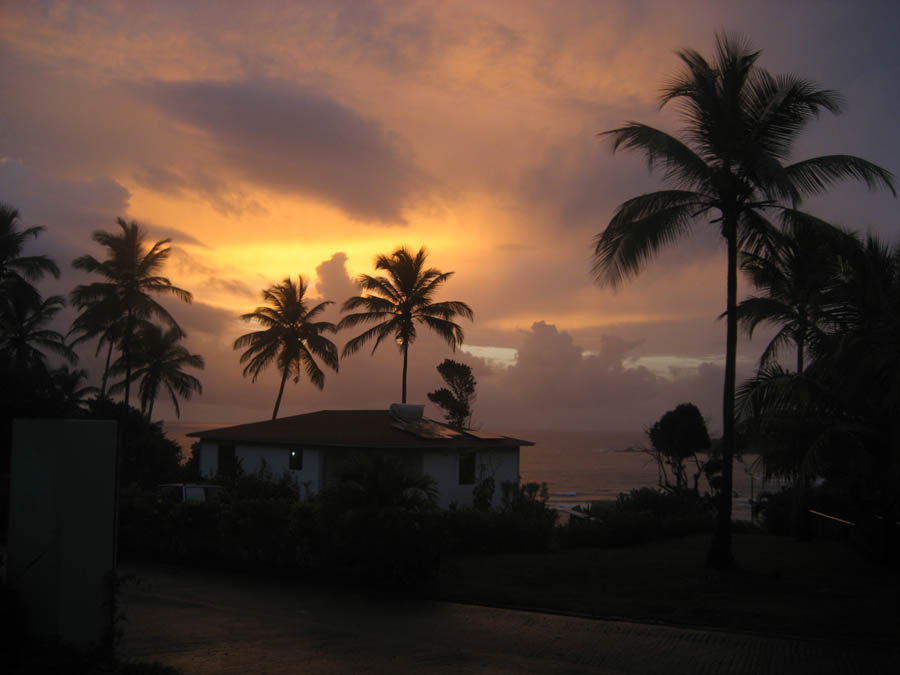 I woke up to more pouring rain, thunder, and lightening again at 6:00am this morning so I went back to sleep thinking “well, at least I brought some good books to read!!”   I woke up around 8:30am to find that the rain had miraculously stopped, and the sun was peeking out!!  I hadn’t heard from Prim the previous day due to the heavy rains, so I didn’t know if I would hear from him again.  I was surprised when he knocked at the door at 9:00am and greeted me with smile and a bag of fried plantains, still hot from the skillet!

I didn’t really care where we would go; I was just delighted to be out and about after being inside for the day of heavy rain.  I kept reminding myself, “the car is mine, not Prim’s, I can go wherever I want,” but I still had not yet acclimated to the left side driving, reminding myself constantly, “If you are right, you are wrong!”  To drive in the rain was really way out of my comfort zone, so I was more than happy to surrender my keys to Prim.  He claimed as a “certified guide,” he was covered to drive the car, which sounded somewhat questionable to me, but I was so happy to have him doing the driving that I took it on faith.  We would end up spending a total of ten hours together this day.  At the rate of $6US an hour, it seemed like a small price to pay for freedom to roam. 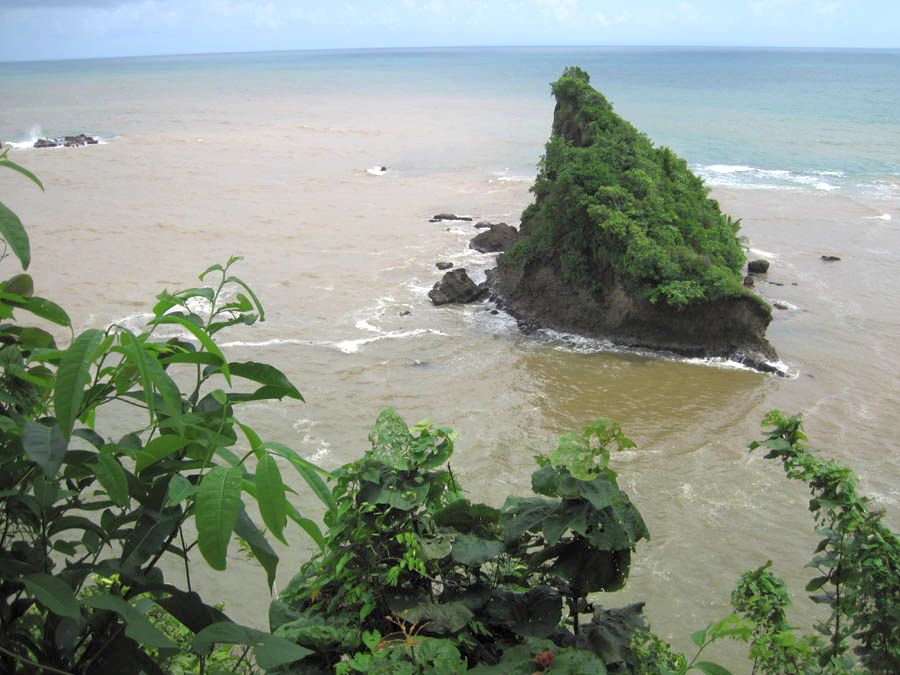 We started out with a drive along the northern loop road to the high look-out points to view the effects from all the rain.  Prim pointed out all the coves used for filming “Pirates of the Caribbean 2 and 3,” explaining that these idyllic coves now muddied by all the run off from the rains are typically so clear that you can see the reef from this vantage point. 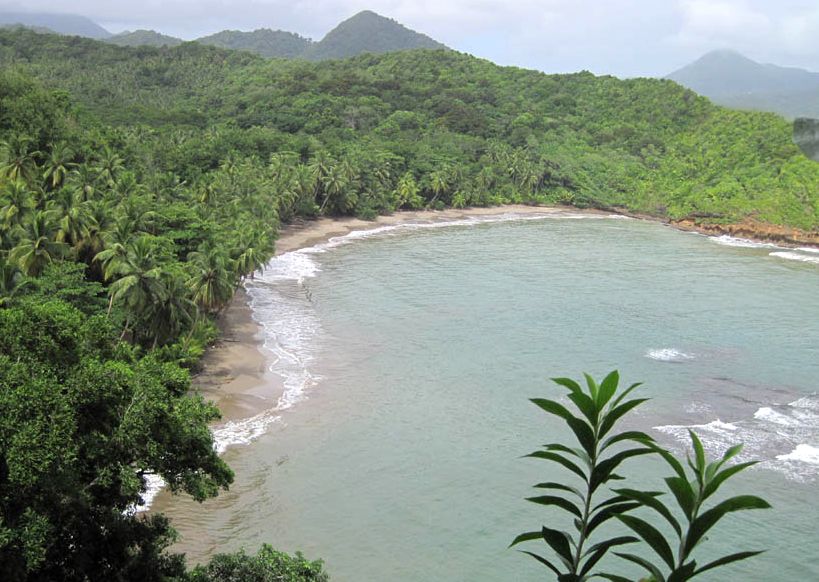 Batibou Beach is one of those places where everyone said “it is the most beautiful beach on the island…..but don’t go there alone!”  It also required a 4WD to get down the washed out, rutted road which felt as if it would jar the fillings from my teeth.  But once we arrived, the effort paid off as we were the only two people on this hidden, pristine beach littered only by coconuts. 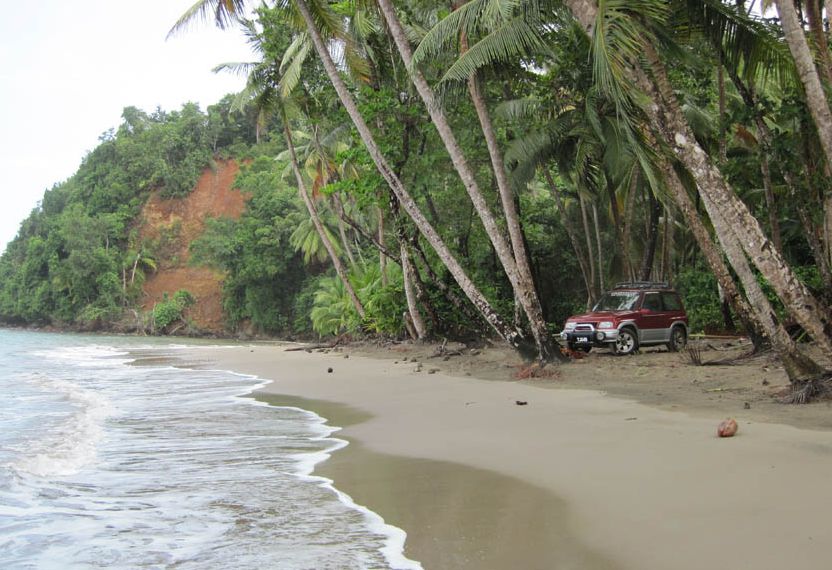 Prim typically goes spear fishing to provide lunch for his clients, prepared in his primitive “kitchen,” a bamboo stovetop balanced on three rocks around a fire pit.   (He would later produce a “Caribbean Travel & Life” magazine article dedicated to his gourmet beach experience, which he had been too modest to mention up until now!)  Too wet this day for a fire, he met me after my hour-long swim with a fresh coconut which he opened using nothing more than the edge of a sharp rock. 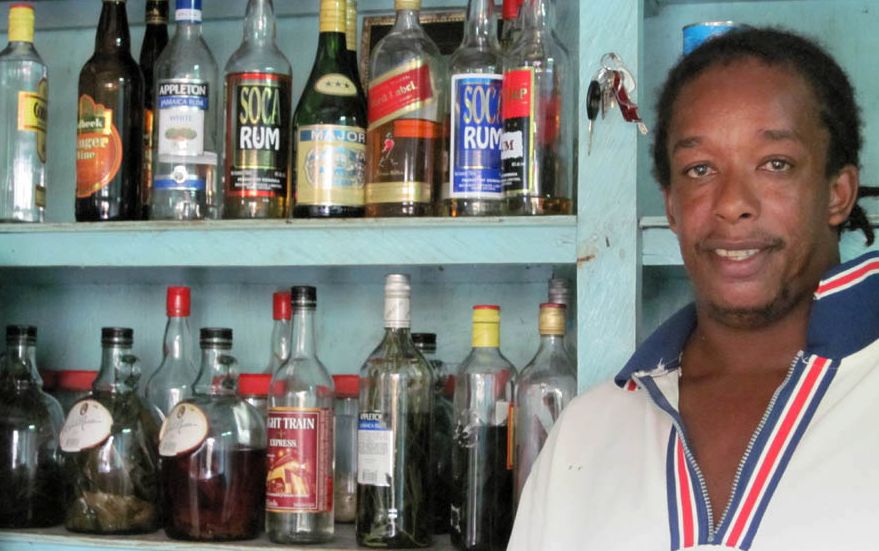 Prim’s circle island tour included a stop for “bush rum,” a custom whereby drivers pull off at the roadside stand and have a “shot” to warm them up — not very comforting to an already nervous driver!   We sampled three kinds; “Nani,” or green leaves soaked in cask rum, “BoisBade’” made from the bark of the tree, which tasted like wood chips, and my favorite, spiced rum filled with cinnamon bark.    We would make many “nature stops” through the Central Forest Reserve to buy plantains roasted over hot coals, fill our water bottles from a fresh mountain spring, and eat mangos straight from the tree. 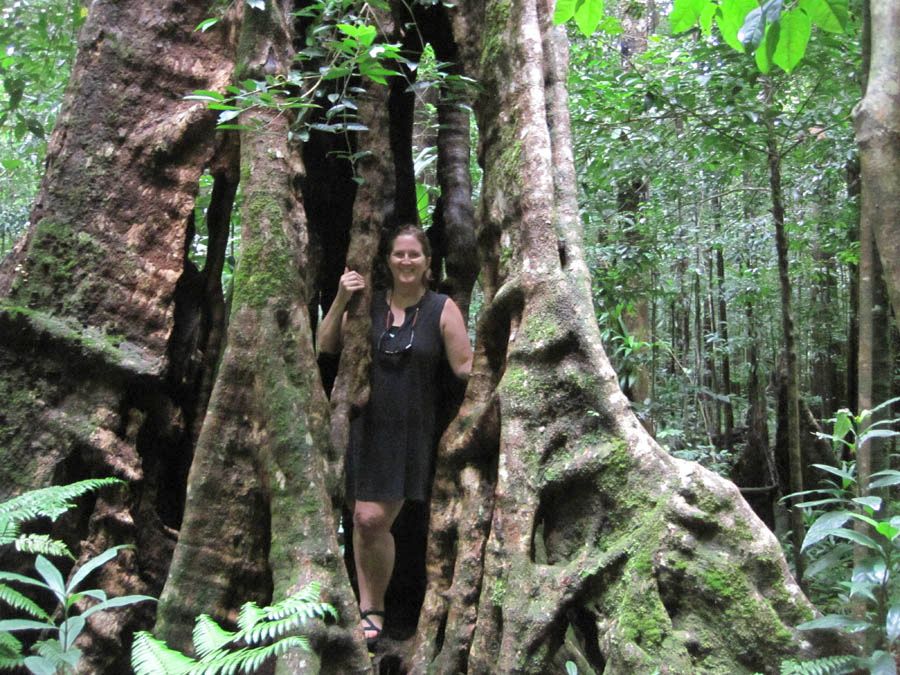 The Syndicate Nature Reserve was our final stop as the evening hour approached, as this is reported to be the best time to see the Sisserou and Jaco parrots, Dominica’s national bird.  The nature trail wound over streams and through 100 year old Goomae and Banyan trees with trunks as big around as my SUV, but we would only get as close to the parrots as the two pairs spotted flying overhead.