Since I have been back in Texas this past year, I have been trying to visit some of the state parks.  I even bought my first annual Texas State Park pass to stimulate my exploratory self while keeping the frugal side of me from tabulating day use fees.

While living in Georgia the past eight years, I became addicted to the GA State Parks, seeking solace along the soft pine needle beds of the hiking trails.  Wandering through the tall piney national forests, stopping to saturate all five senses with the sounds and smells of the streams like a balm or a mood altering drug.  It became my favorite pastime during my eight years I lived there, and was the catalyst that helped me realize my desire to sell my “sticks and bricks” home and begin the transition to the fulltiming RV lifestyle.  I became passionate about nature like never before, preferring to be outdoors at every opportunity.   So I have been in search of the same inner sanctum in reasonable proximity to my family’s home in Texas, where I am based for now.

However, my impression so far is that parks in Texas are much more geared toward the “sportsman” than the “outdoorsman.”   There are very few parks that are not near a water source, and the first descriptive paragraph in the State Park brochure typically talks about what kind of fish are stocked in the lake, and what limits are placed on the catch.  The Texas State Parks website has videos of most parks, and all of them feature some toothy-grinned teenager having landed his first big mouth bass.   Hiking trails are a means to an end…that end being the best fishing hole.

The upside of the fisherman’s ratings is “no wake lakes,” which typically means good options for kayaking.   But boat ramps, fishing piers, bait shops, and marinas definitely dominate the park theme rather than the hiking and biking and nature trails I came to love in the mountains of north Georgia. 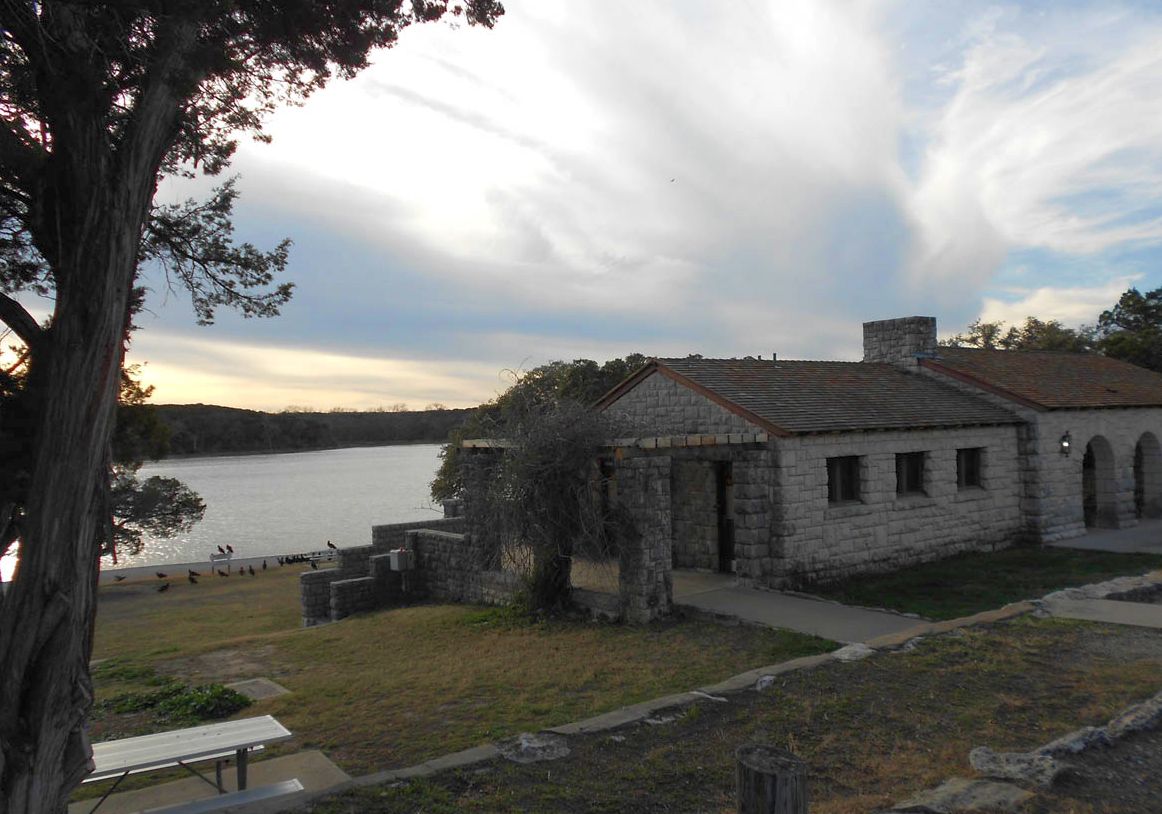 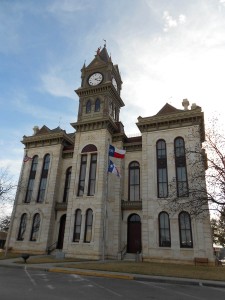 One of the parks on my radar was Meridian State Park, a couple of hours south of the Dallas area.  The scenery changes pretty dramatically as you leave the prairie flat-lands and strip malls of the Dallas area and approach the cedar breaks and white rock cliffs of the Balcones Escarpment that lies along the northern edge of the Texas Hill Country.

I was particularly interested because Meridian is one of the CCC parks, built by the Civilian Conservation Corps during the Great Depression.   Characteristic stone structures, big archways, wide pavilions typically feature construction from local resources of limestone and cedar. 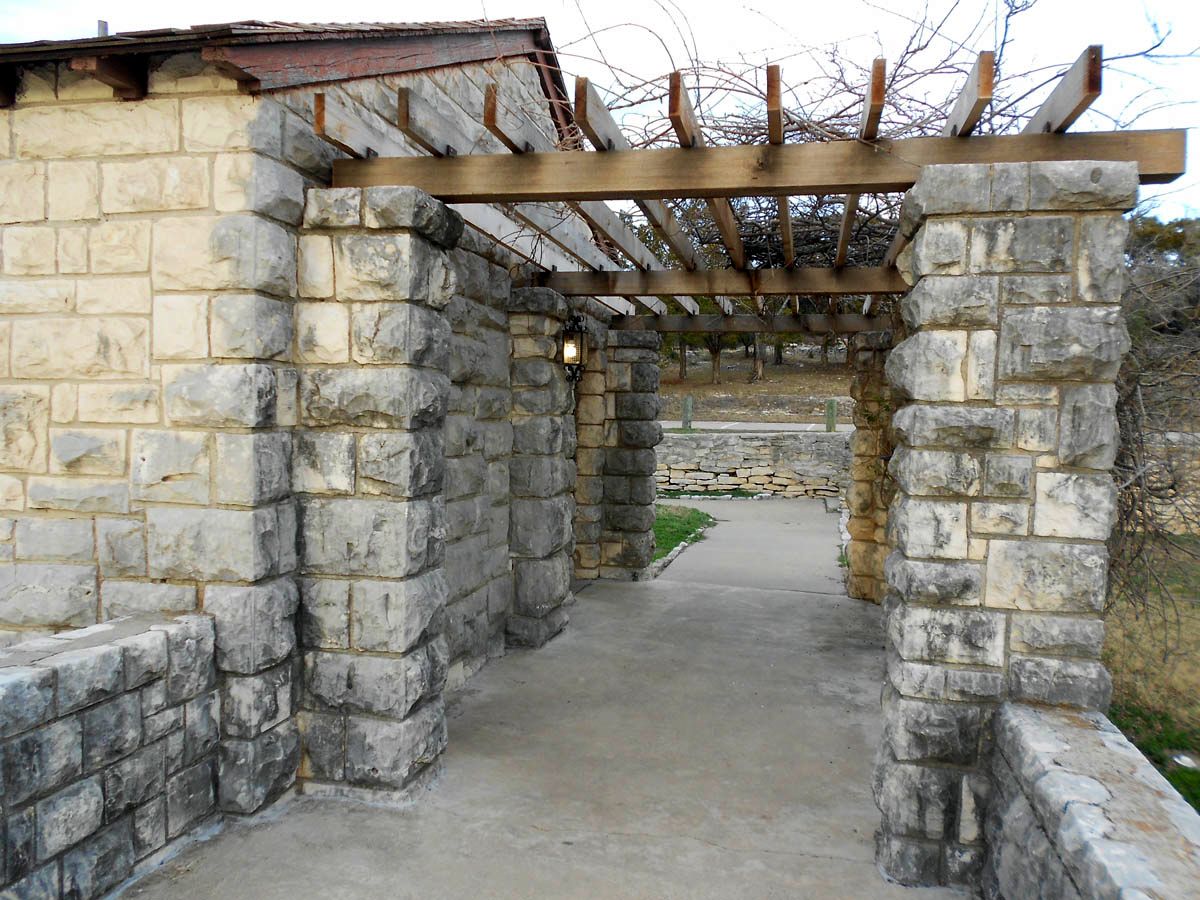 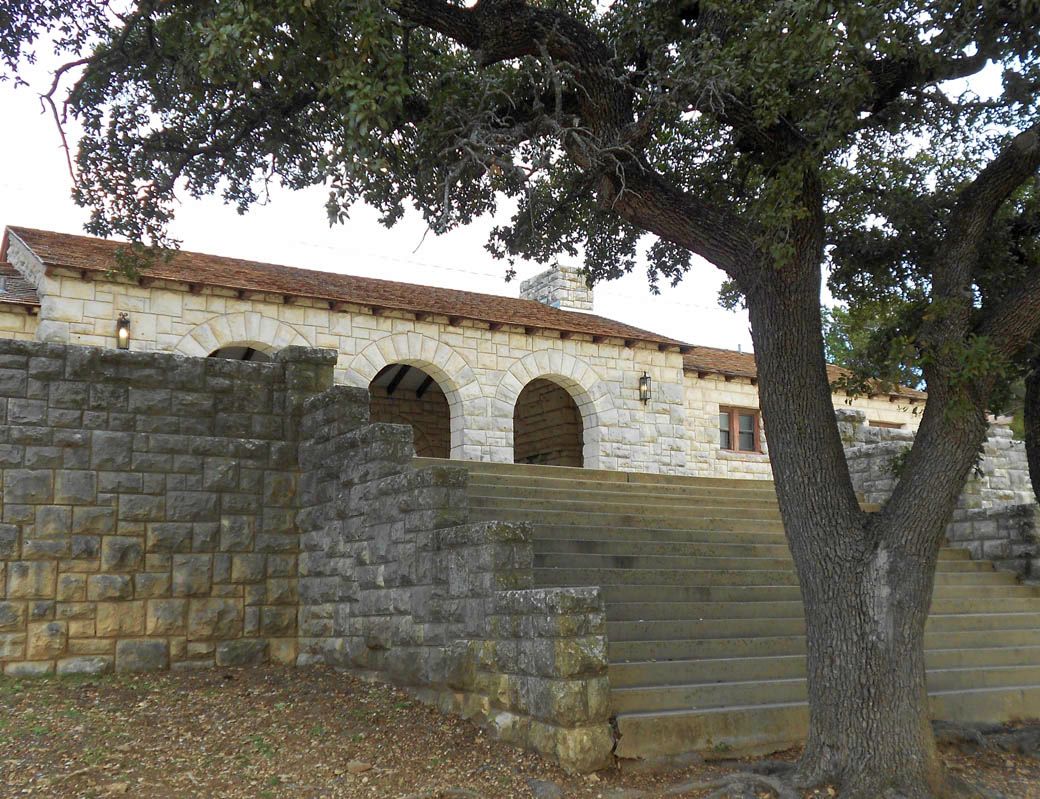 These CCC parks were typically built by WWII veterans, but this one was built instead by veterans of WWI.   Segregation was still very prominent in 1935, as African American members shown on the back row of photos were used as support teams, but prohibited from participating in any of the camp programs.

Prior to being an RV owner, this would have been “my kinda park.”  Lots of wooded, primitive campsites with level tent spaces, with upgrades to quaint screened shelters available right on the water’s edge.  Much of the shore surrounding the 72 acre no-wake lake is perfect for pitching a tent as well as launching a kayak.   Near perfect park for the tent camper. 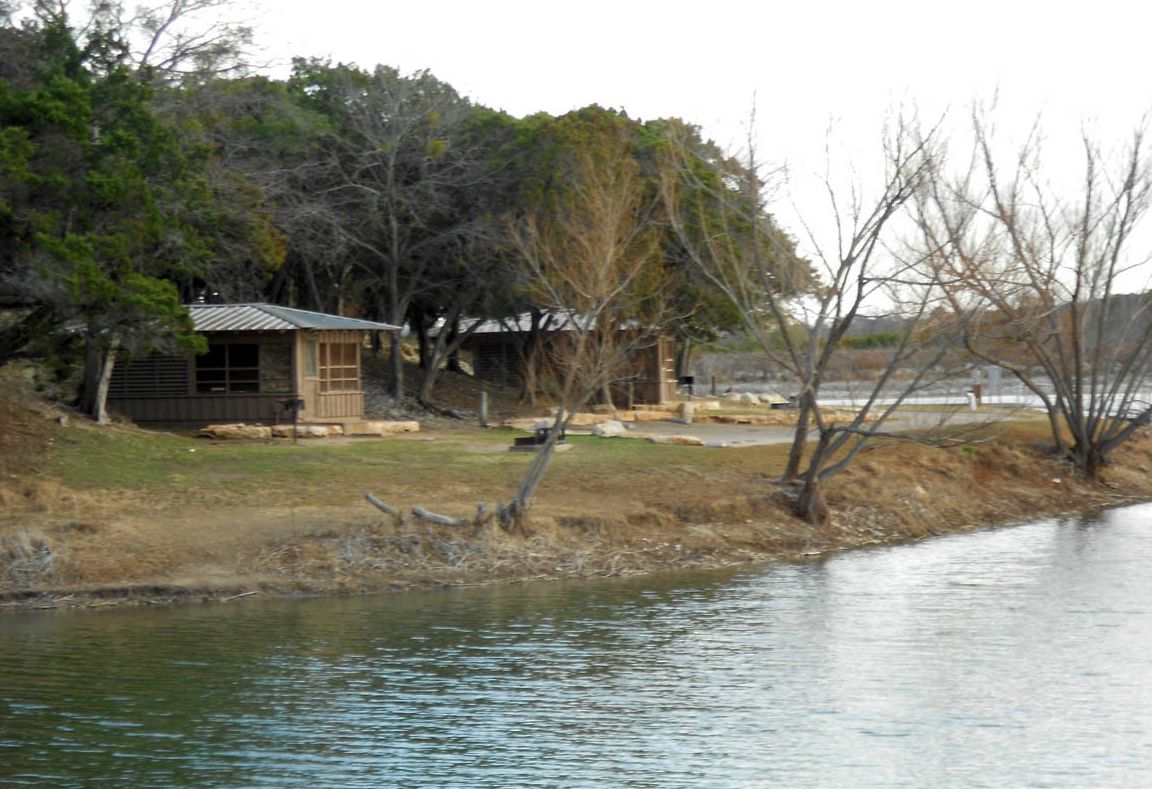 But now that I am an RV’er, my perspective for “the perfect campground” has changed, moving the quaint little Meridian State Park into the now “undesirable” category due to only eight sites available to accommodate RVs of 20 feet or more.  In spite of the vast wooded beauty of the 500+ acre park, these eight sites are all crowded together along a road the length of half a city block.   I wouldn’t rule it out for a future tenting destination, but definitely not what I would consider “RV Friendly.”

I am still focused on the same priorities of privacy, level spaces, and beautiful views.  More eager than ever to seek out the stealth solitude blending with nature.  But that is not as easy with my 24 foot home on wheels…Sorta like the life of a chameleon versus a snapping turtle.  😉 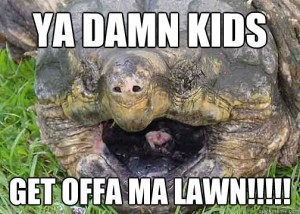