Oh, yeah.  That’s right.  There is none.  You must go by feeeerrrry…. That same ferry which took a bite out of my door!

I felt a gravitational pull to Ocracoke Island like I never expected.   It is the “unspoiled fisherman’s paradise” you hear about but never seem to find.   Not that I am a fisherman, by any stretch, but I sure do enjoy the fruits of their labor. 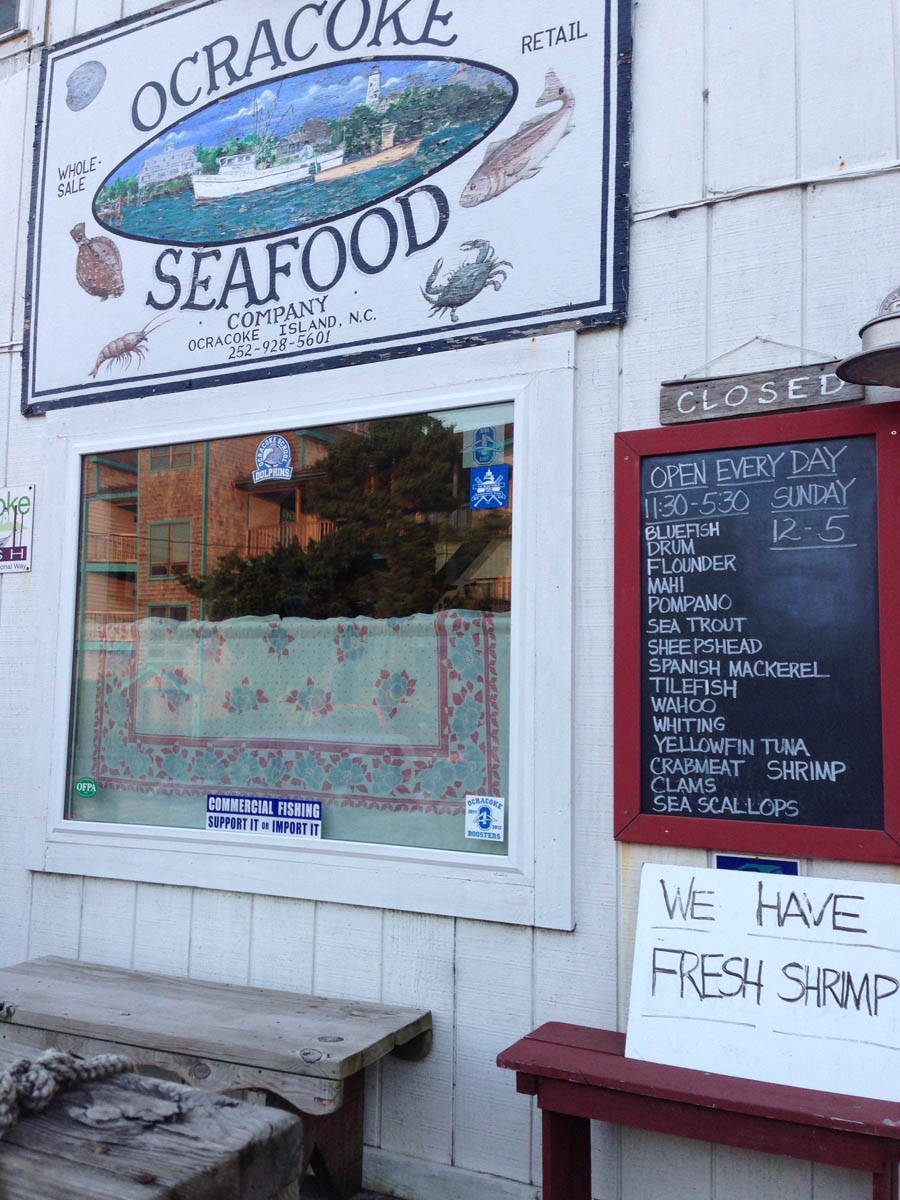 Ocracoke feels like “the real deal” where shrimp boats, their wide wings tucked in, dock right alongside the road.  Fancy sport boats compete for charters, and locals gather down at S’mac Nally’s, an outdoor bar at the marina at 4:00pm every day to find out which of the charter boats claim bragging rights for the day. 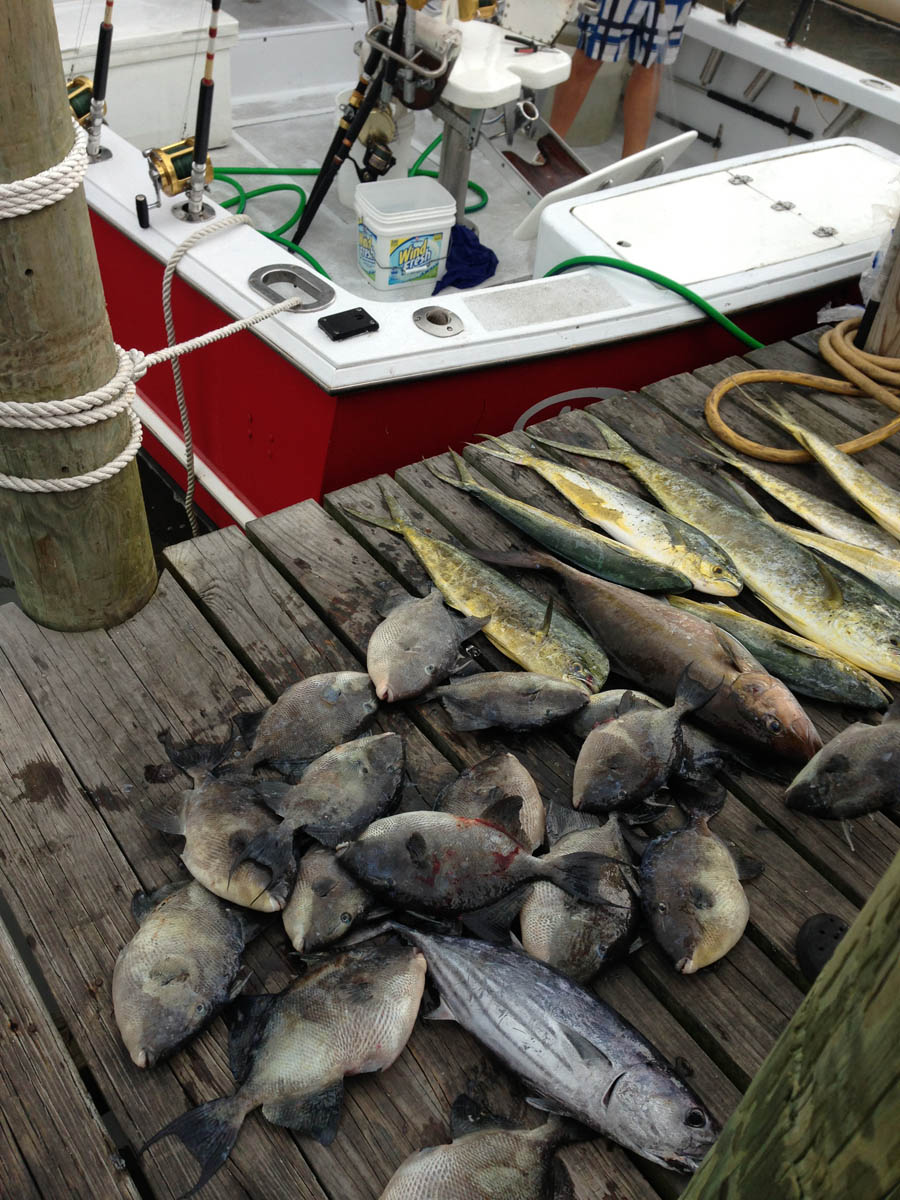 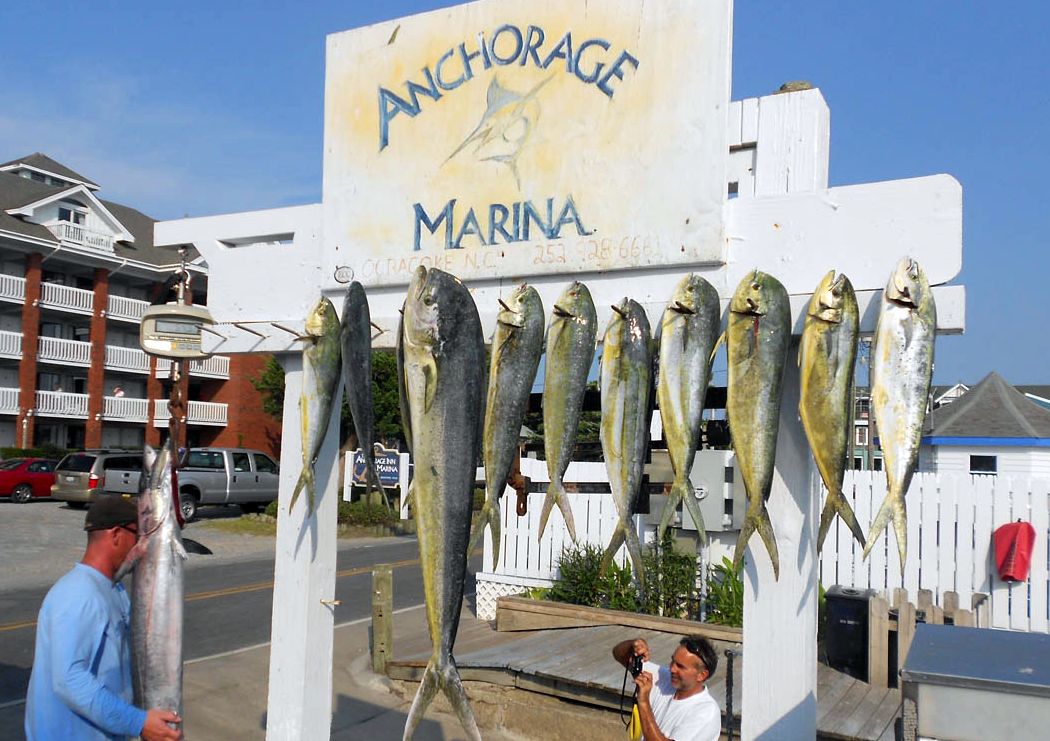 Route 12, the only “highway” on the island runs the length – 16 miles of pristine beach from ferry dock to ferry dock.  It doglegs through the tiny village, where you are never more than 2 blocks from the water. 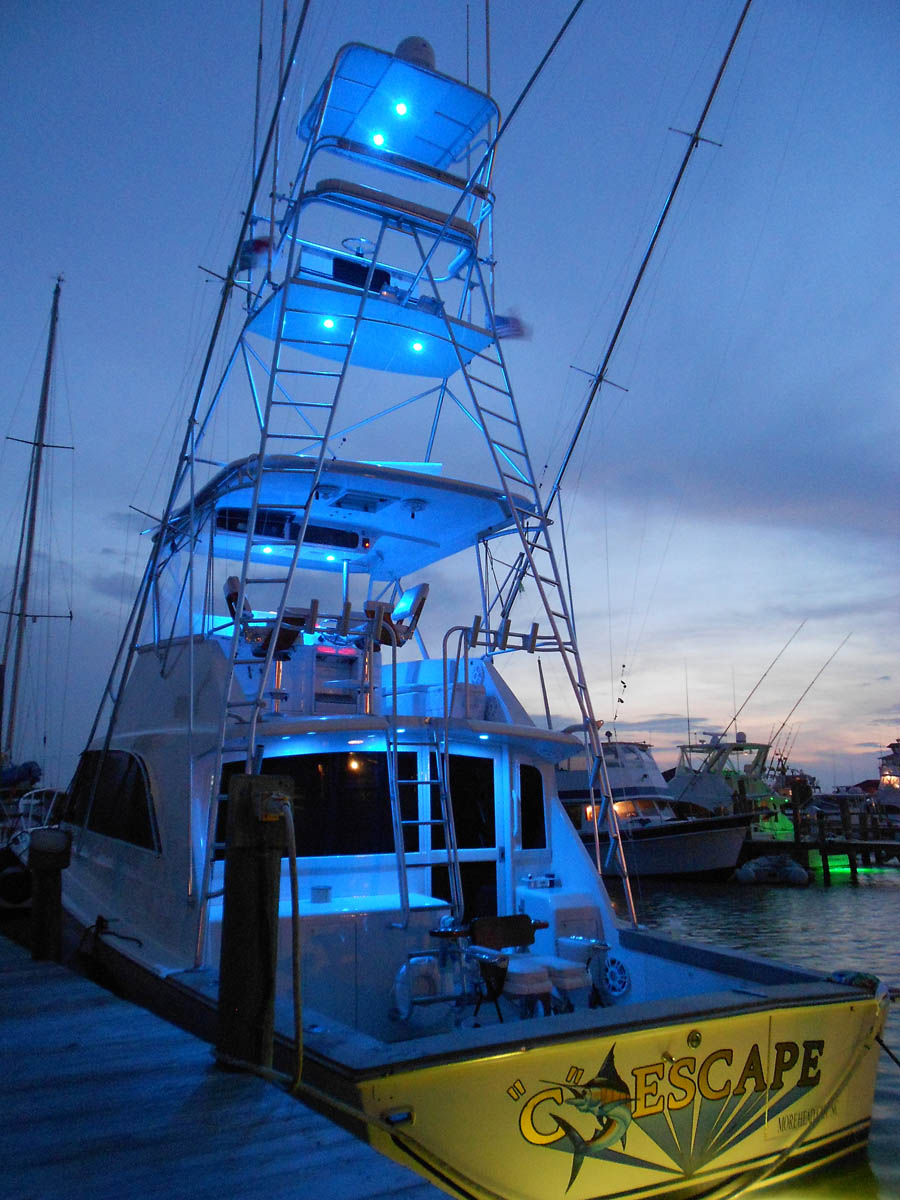 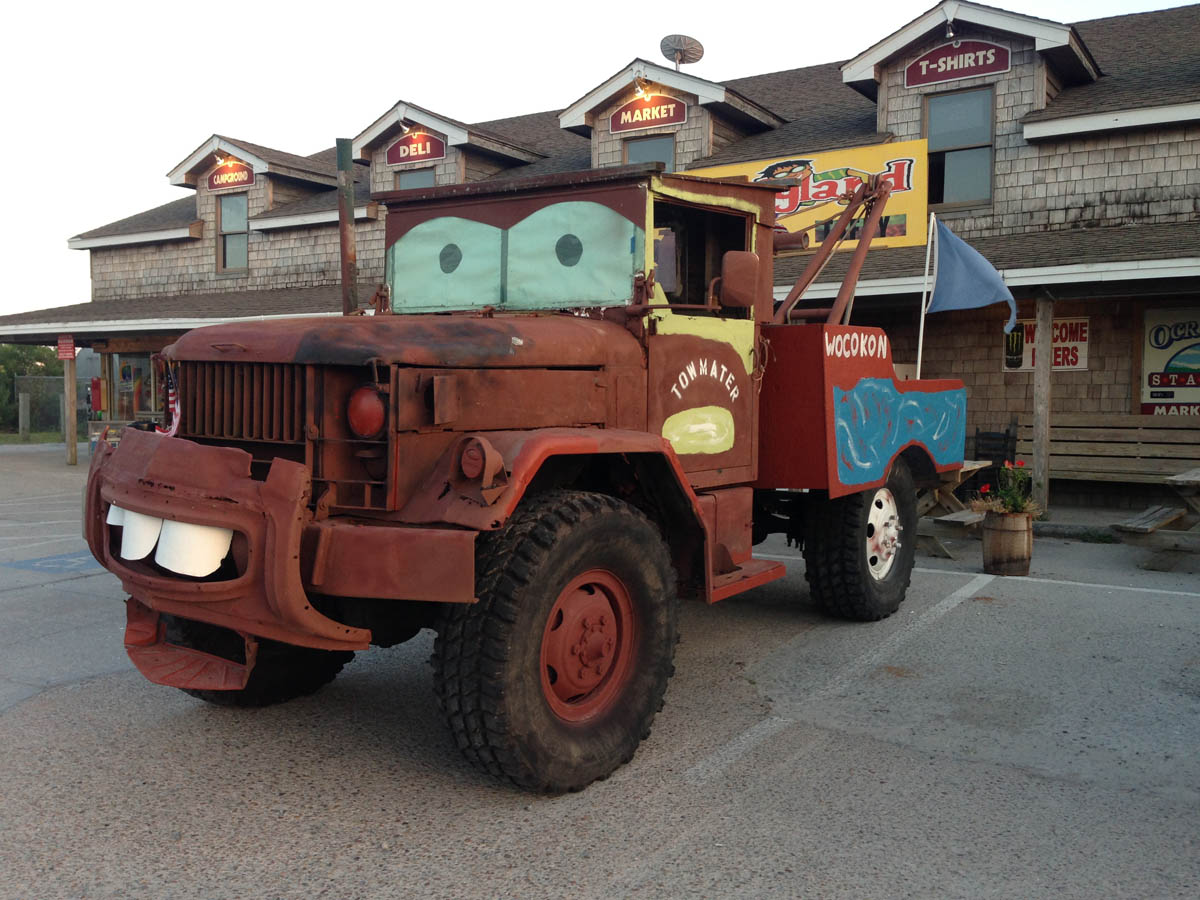 If you get stuck in the sand, maybe the “Tow-mater” will help…

Most people get around by bicycle or golf cart in the tiny village.  One of the locals told me that it was much better before the golf carts hit the scene and surpassed the bicycle as the preferred mode of transport on the island.   The later it gets, you can hear karaoke-like songs coming from the overcrowded carts like dinghies ferrying drunken sailors back to their boats at anchor.  I suppose it is a good thing if you consider that all those golf carts could be cars jockeying for position on the narrow, one lane island roads.  But that leaves those of us walkers way down the food chain. 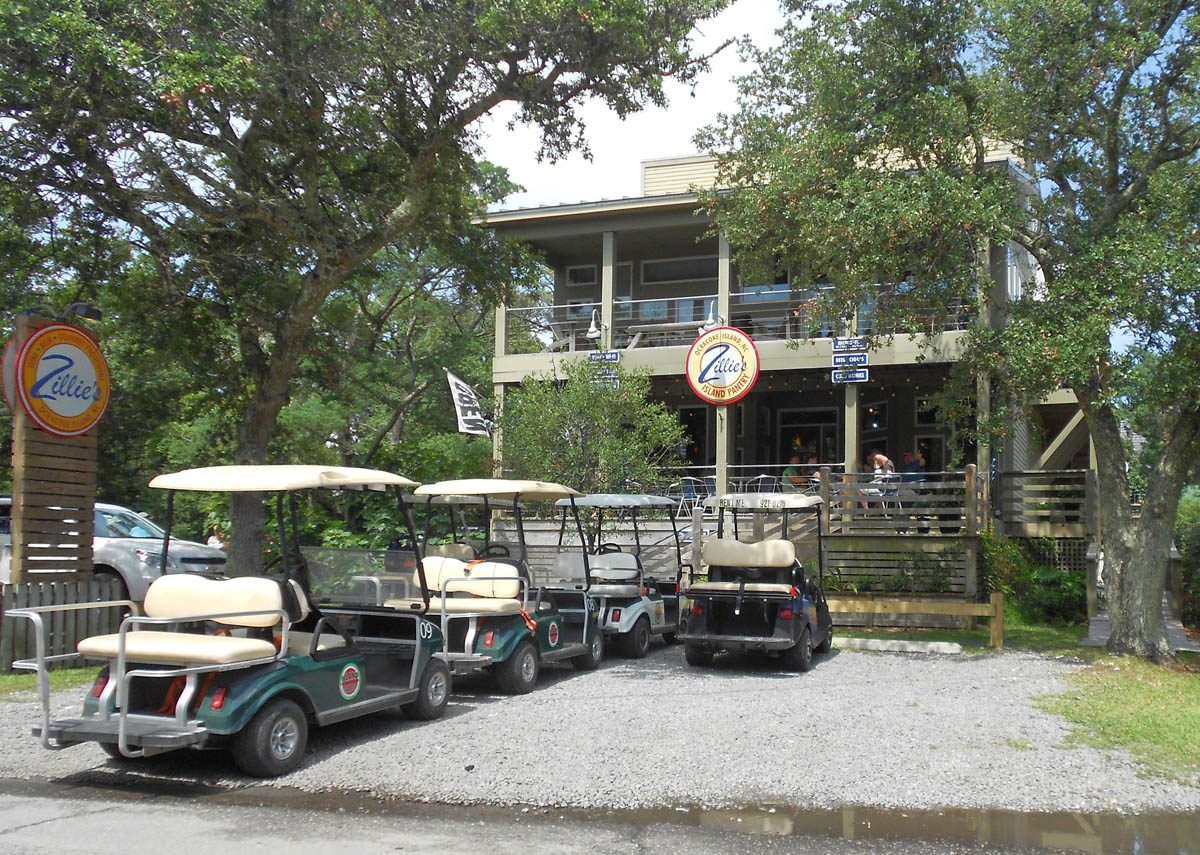 It gets a little scary after dark as you see the young, blue-lit faces rapidly approaching, their iphones in hand.   If they weren’t so young, I would be afraid of drunk drivers, but they can’t be old enough to drink, some can barely reach the pedals.  Still, DWT (Driving while Texting) is even more unnerving, because the heightened vigilance of caution instilled by fear of DWI does not seem to have the same impact on teen texters….one of the many cases for visiting in the off season.

You won’t find a plethora of desperate marketing ploys with restaurant names like “IGotYourCrabs.com” and “Dirty Dicks” here on Ocracoke.   (Those double entendres must be for stimulating something other than the palate!)   They don’t need to compete on catchy themes and Tee shirt sales, as their fresh seafood speaks for itself.  Tough to get motivated to cook in the Winnie when you can call up the local fish monger on your way to the beach and order a steam pot of clams and shrimp to go… 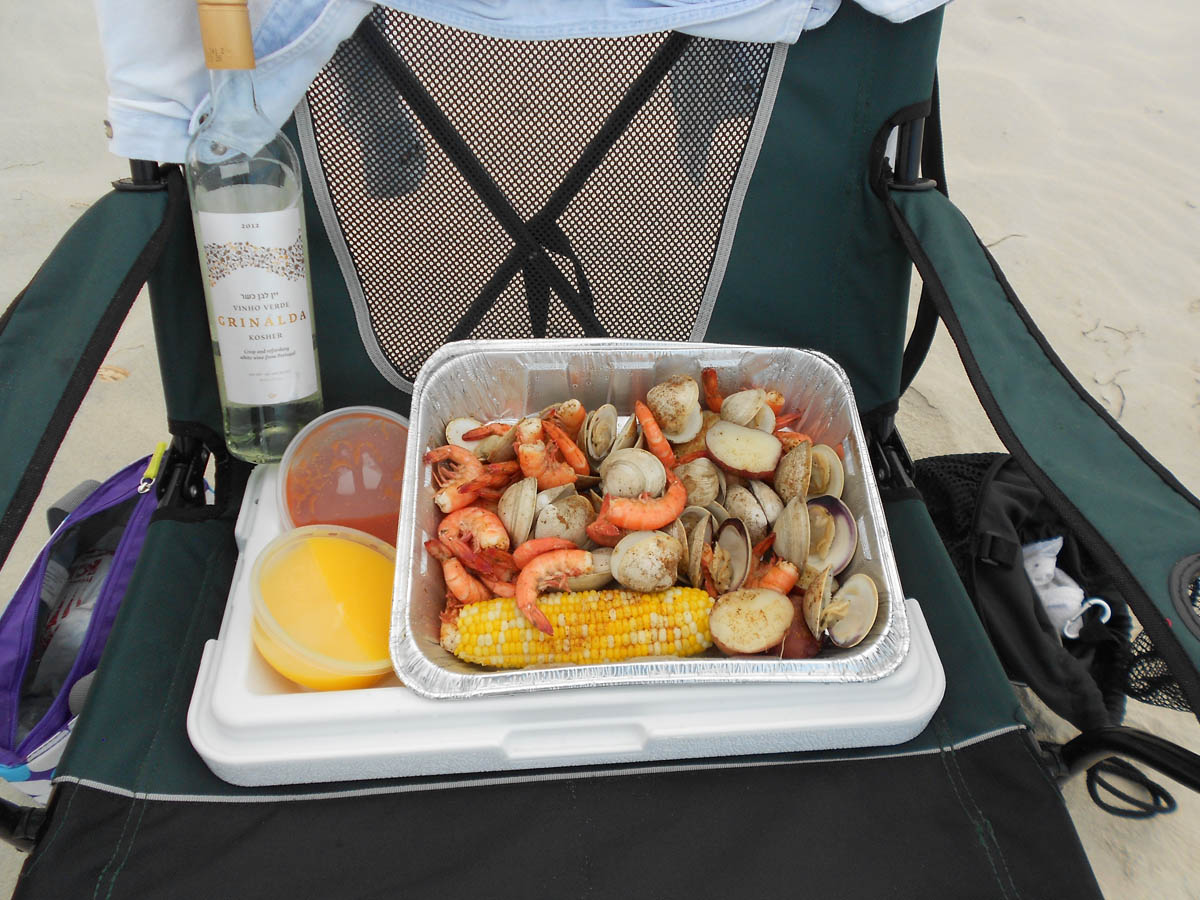 Seems I am not the only “’Coke Head” who took a liking to Ocracoke.   Edward Teach, aka “Blackbeard” made these parts his favorite hideout, where he was reported to have met his demise, beheaded by Lt. Robert Maynard of the Royal Navy in a cove now known as “Teach’s Hole.”    Legend has it that the body was thrown overboard, and swam headless around the boat, thereby leading to tales of “Blackbeard’s Ghost.” 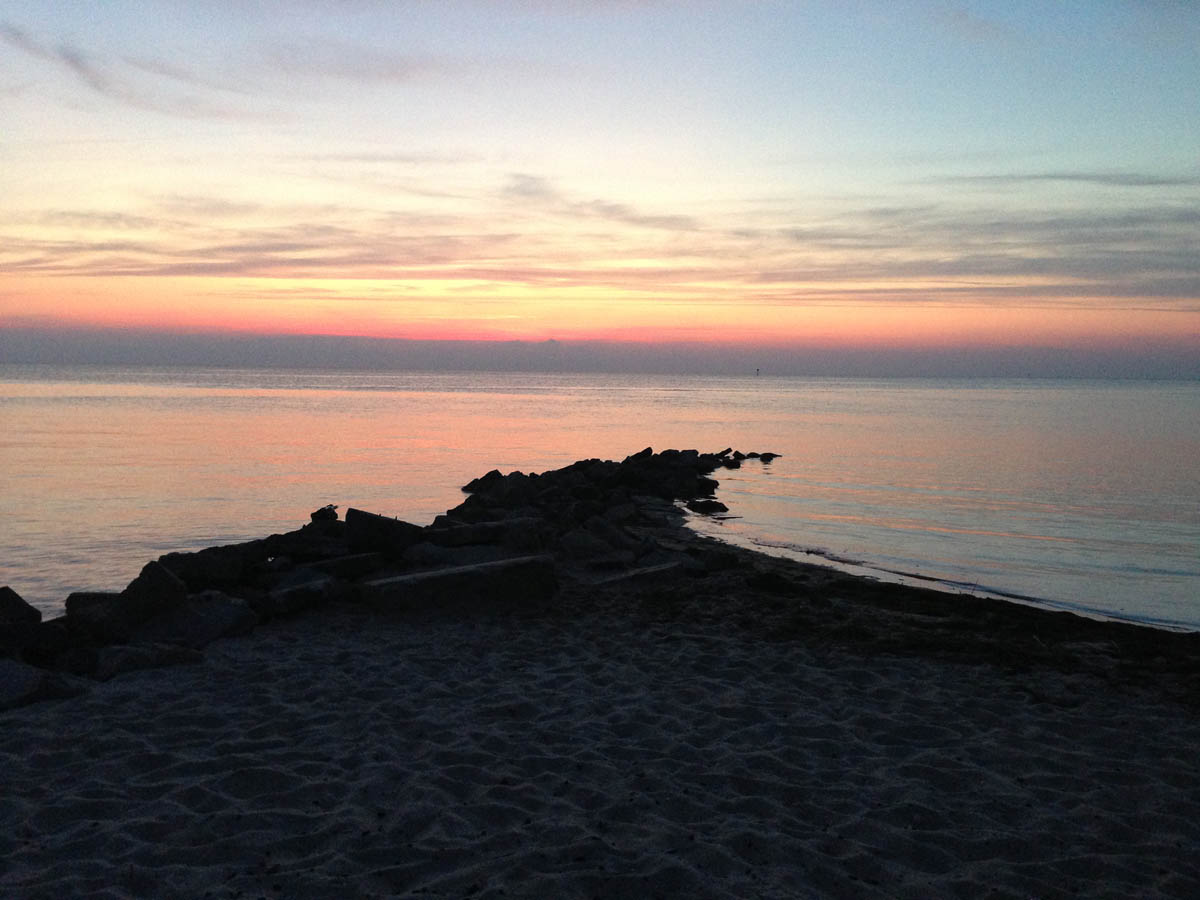 This quiet cove is now flanked by a maritime forest and nature preserve known as “Springer’s Point,” a canopy of very large live oaks, where I enjoyed  frequent peaceful, secluded strolls.  Not sure if I owe thanks to the headless ghost for keeping the tourist crowds at bay, or the fact that there is no golf cart parking allowed at the preserve. 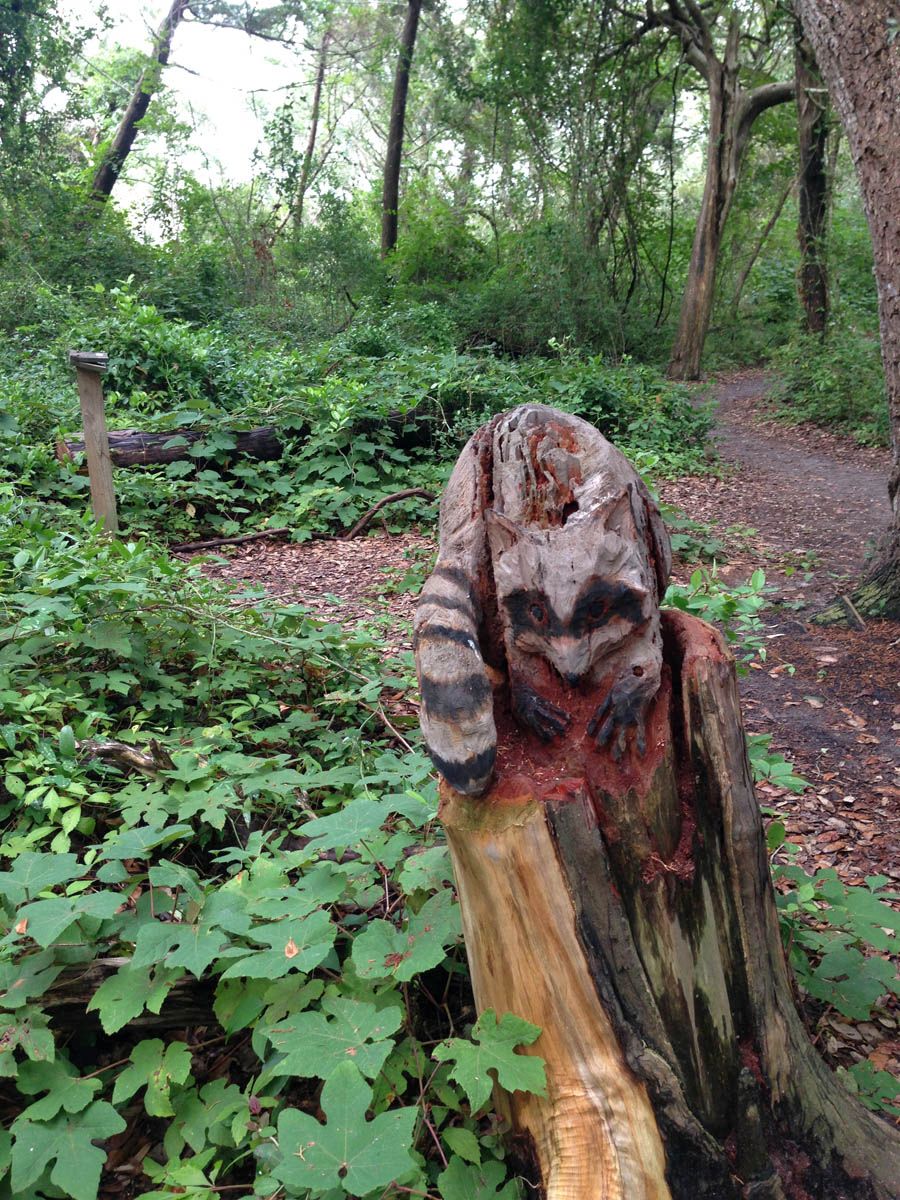 I could poke fun at the campground where I stayed for two weeks on Ocracoke.   The faded Dixie flag and the “Buck Ofama” bumper stickers everywhere.   The redneck double-cab pickup trucks on all sides of me.  Or the advice to “Just crack open the gray water and let it trickle out on the ground…” 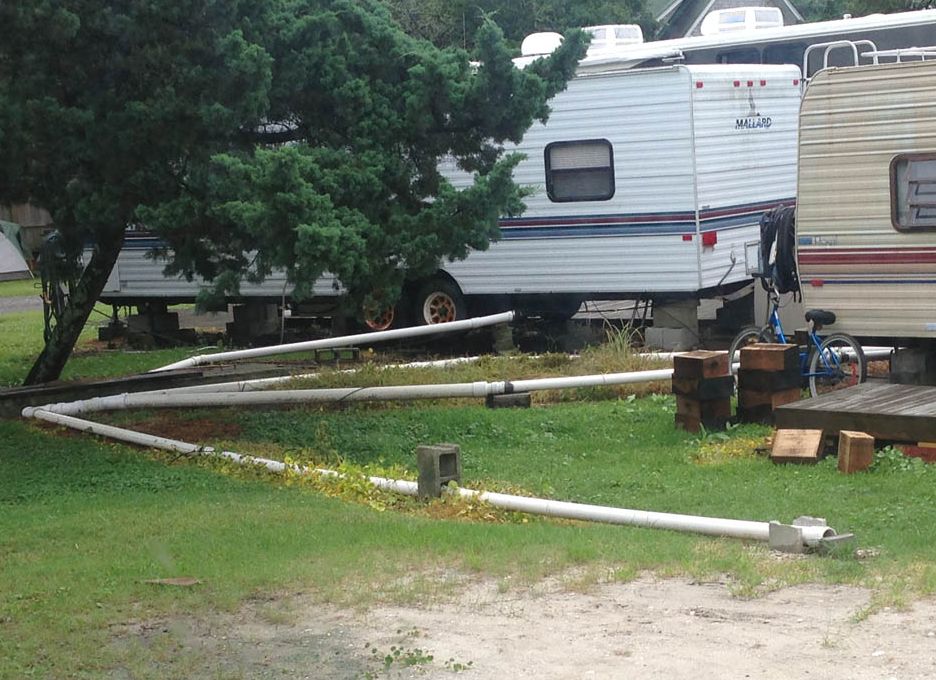 A few sites have “sewer hookups”

But I won’t.   Because there couldn’t be a better location.  And because I want to come back some day…. 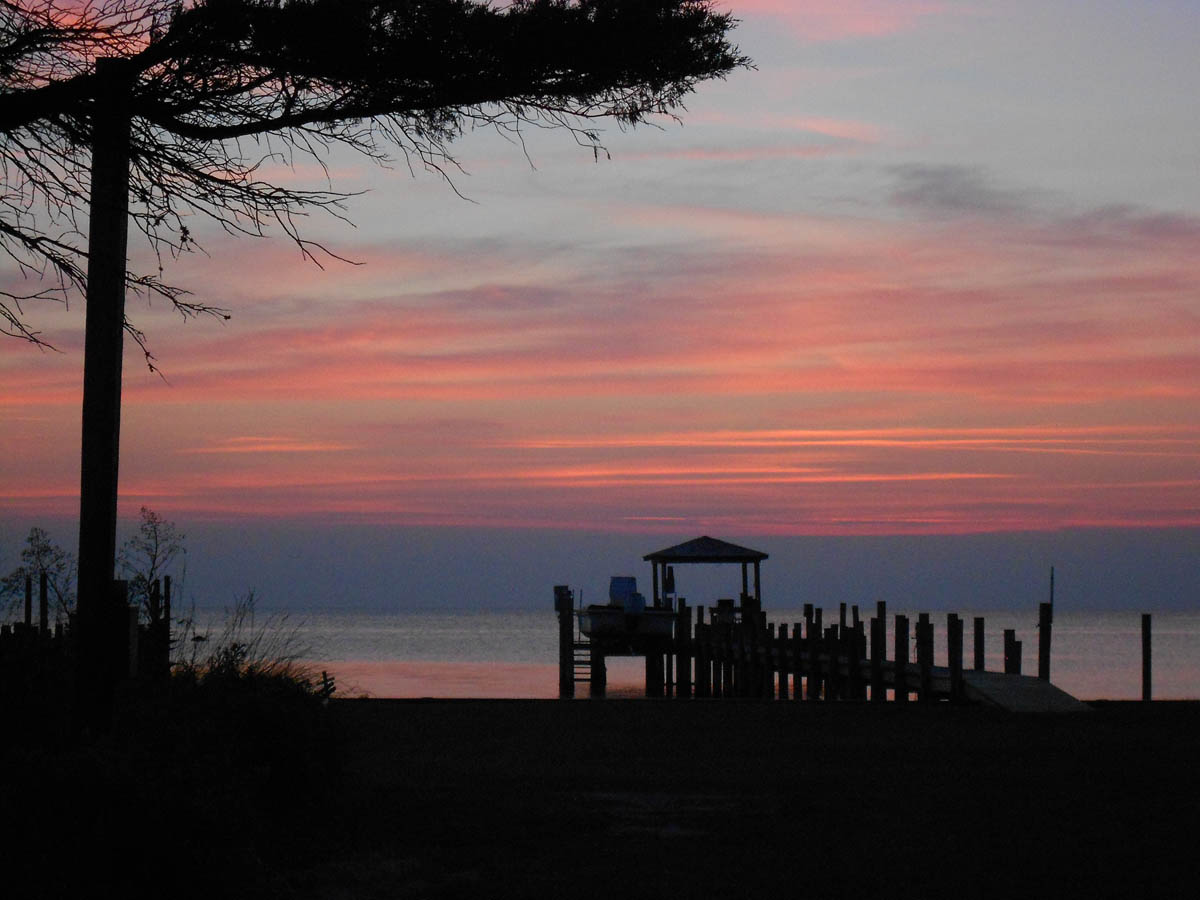