I first heard of Ocracoke Island from my dearly departed friend and Scuba instructor, Larry “Fitz” Fitzgerald. Fitz taught me how to dive in the miles and miles of underground labyrinth of fresh water caves known as the Floridan Aquifer, filled with gin-clear water so pure you could take your regulator out and take a drink mid-dive.

Fitz used to have his name written on the bottom of his “slime green” dive fins, so you could always see it when you were following him into the caves. I used to tell him, “I would follow those fins anywhere!” Well, almost anywhere. Fitz died at the age of 43 from a heart attack while driving down the highway. He managed to call 911, but he was already gone by the time they got there. I was in Singapore on a business trip when I got the news. We had just been chatting via Instant Messager the night before. I had to cancel all my meetings, because I cried for two straight days. I loved that man.

Being from North Carolina, he used to talk about Ocracoke, a quaint, quiet little island that stayed that way because it was accessible only by ferry. He would describe the long stretches of deserted beach, the abundance of freshly caught fish, and the unique “brogue” heard only on the island – A little bit Brit, a little bit Bostonian, and a whole lot of slow, southern twang. 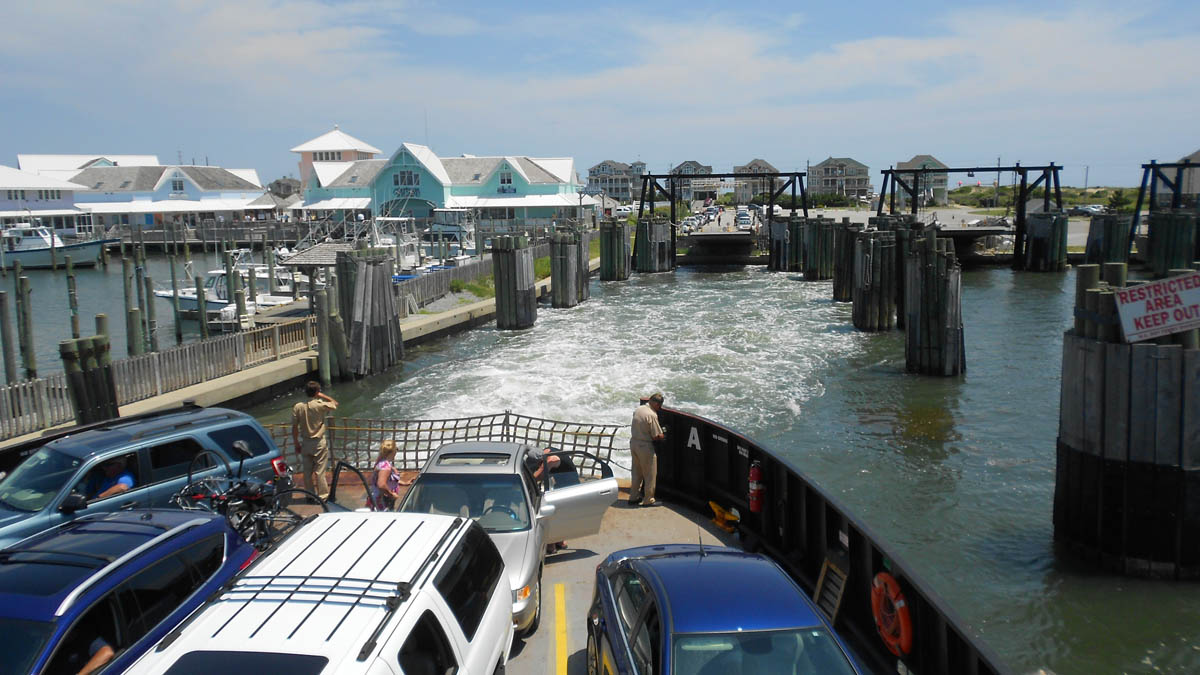 Hearing Fitz describe Ocracoke is what prompted me to take a day trip across on the ferry from Hatteras. Which only left me wanting more. Which meant I would have to, as Fitz would say, “Suck it up, soldier!” and drive my Skinnie Winnie onto that even SKINNIER little ferry… 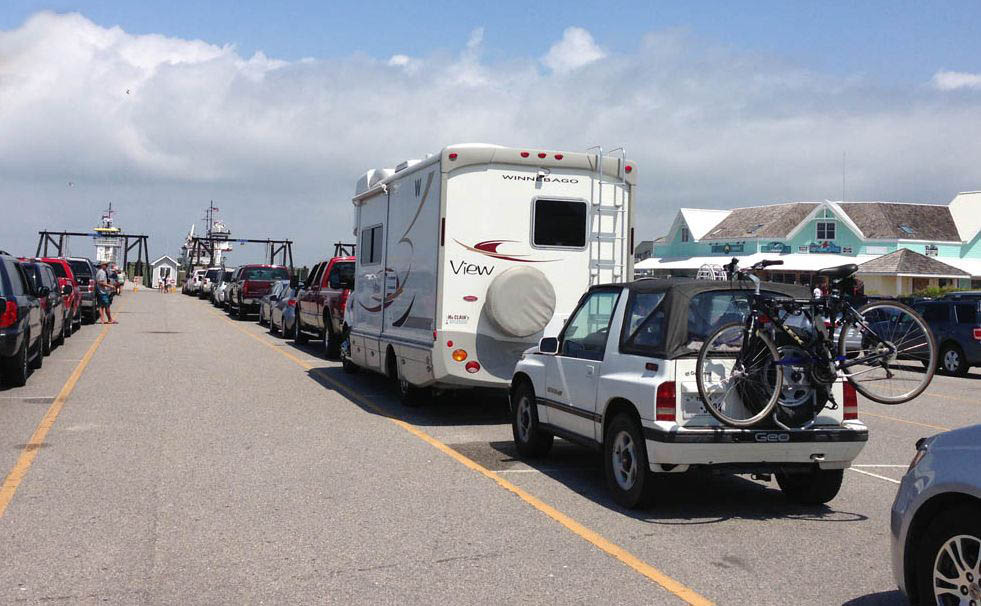 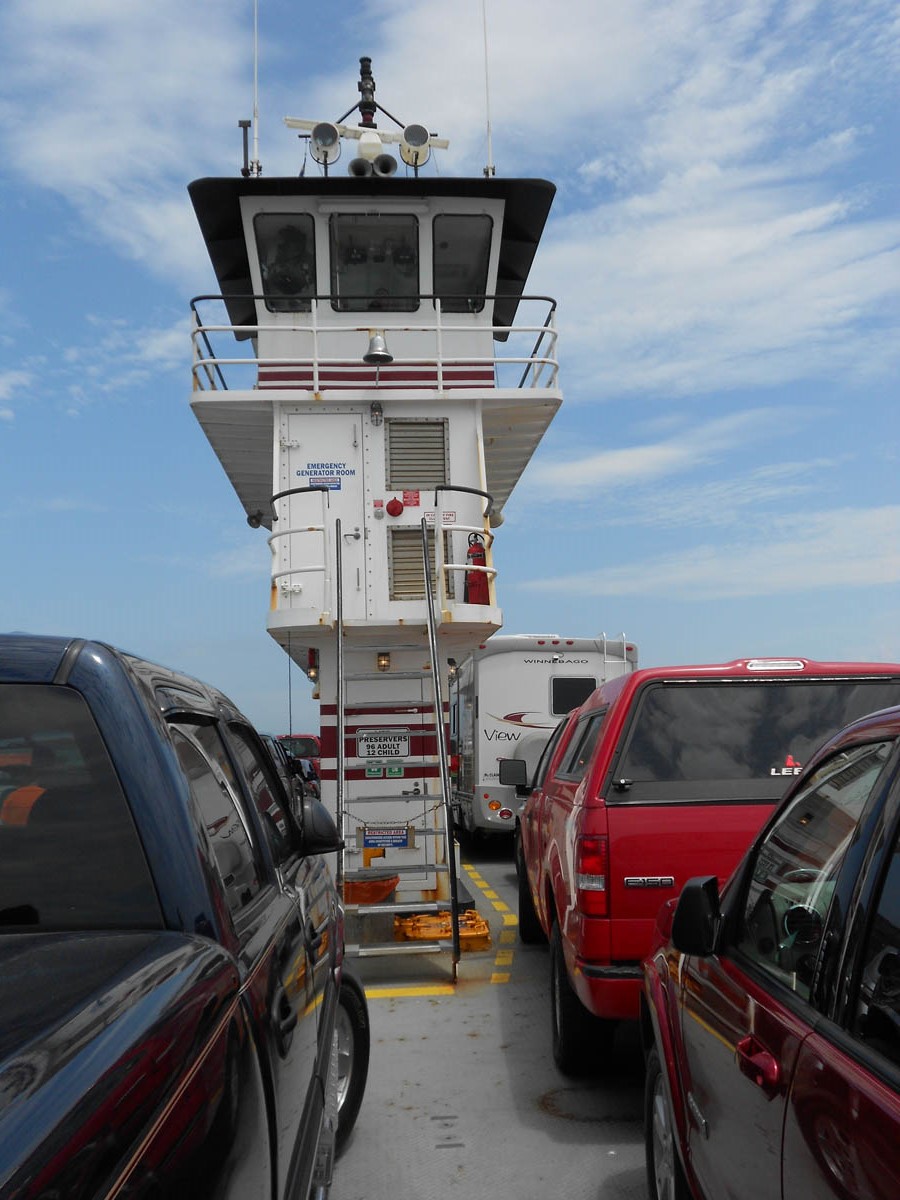 It was an extraordinarily windy day on the Pamlico Sound, and I wasn’t prepared for the ferry to make a U-turn and head across the Sound with all the cars facing backwards. The Winnie is used to going down the highway at 65 mph, but not facing rear-first! 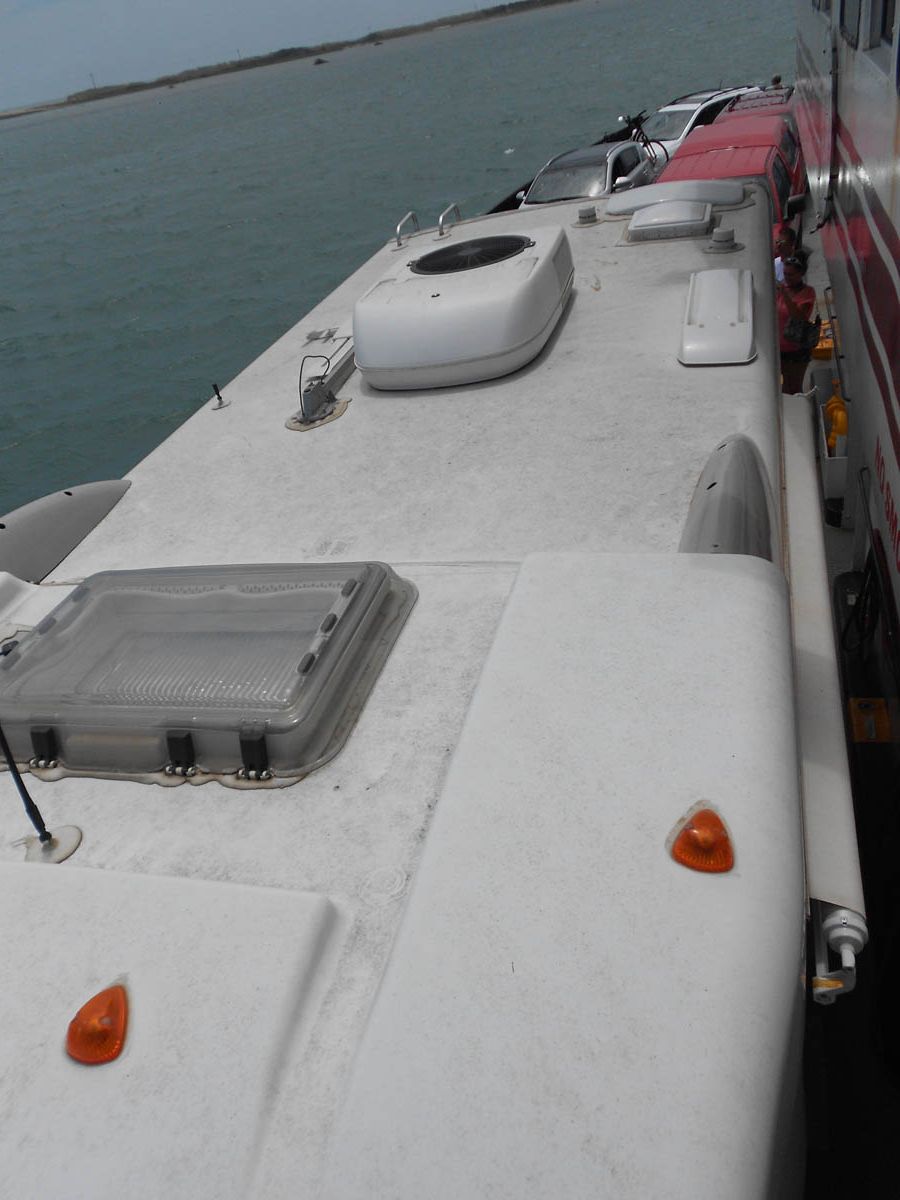 I jumped out and headed up top to take some pictures, and to get my first look at my rooftop. The first thing I noticed was that my skylight was open. I thought “How stupid, I can’t believe I drove five miles with it open and didn’t realize it or hear it.” Then it hit me — it had flipped open because of the extremely forceful wind that was now whipping over the cars from the stern. I never understood the need for the lock until now. Afraid it was going to rip off the hinges because the wind was so strong, I went charging back down the stairs to lock it shut. Well, I opened the driver’s side door, and the wind caught it and ripped it right out of my hands….WHAM!!!Into the rail on the side of the ferry so hard that it put a dent in the edge of my door! Figures it would have to be the spot where I habitually reach to shut the door each time. 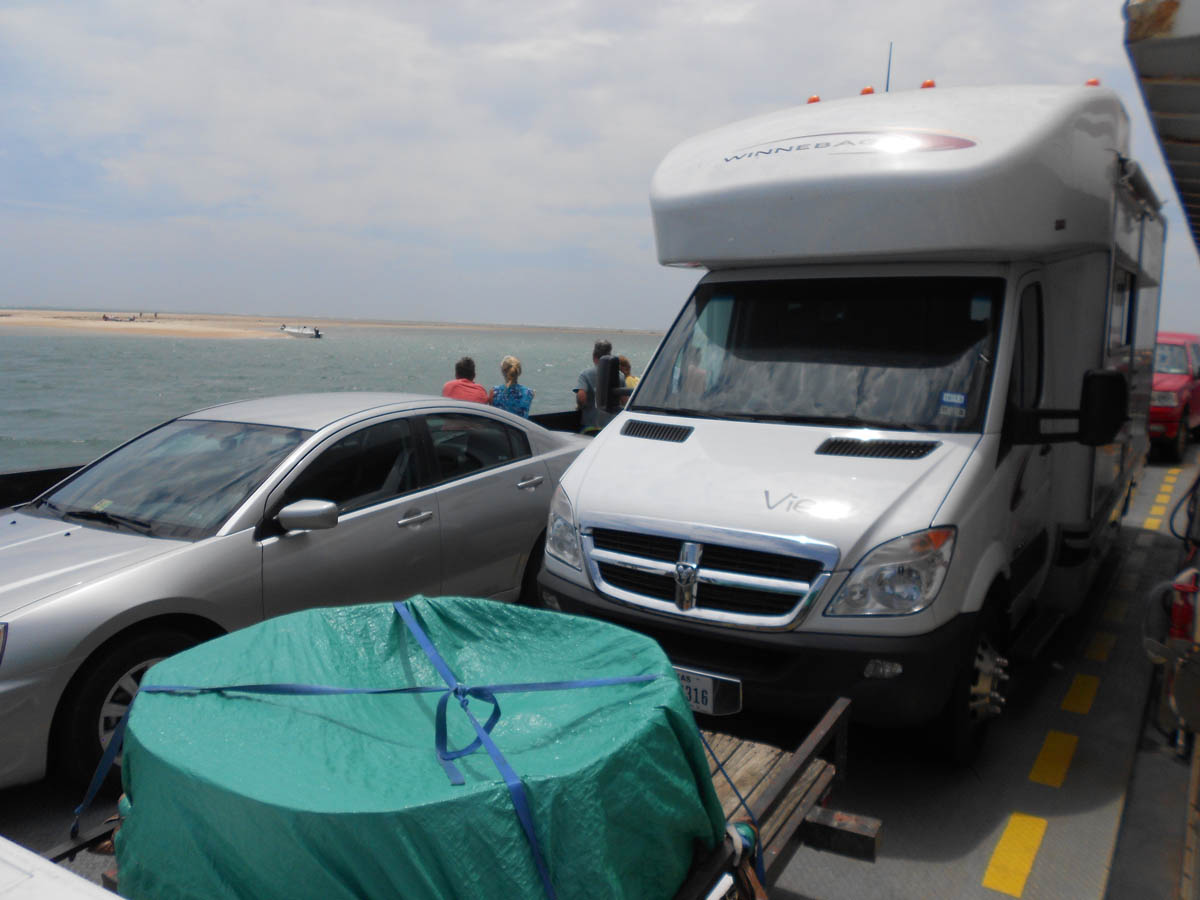 It could have been worse…I was following a trailer full of cantaloupes!

I tried to look at the bright side. First of all, it was “self inflicted.” I had no one to blame for my first dent but my own haste. Second, it hit the railing instead of someone’s $40K car door, so I was suffering in silence rather than exchanging insurance numbers with someone. And finally, it was only cosmetic, whereas had the skylight ripped off, that would have really put a hole in my travel plans as well as my ceiling and my pocket!

But still, Cat Stevens was right… 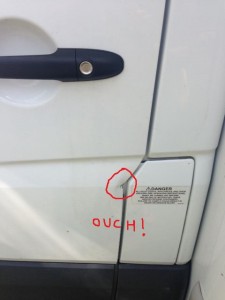 1 thought on “The First Cut is the Deepest…”