During my last few years in New York toward the end of the 90’s, they began to develop the entire West side waterfront into a series of green spaces, all connected by a bike path. By the time I left, it was possible to ride a bike from Battery Park (near Statue of Liberty) all the way up to the George Washington Bridge, (aka “The GWB.”) Aside from a few minor detours, you could ride this entire path with the only “traffic” being skateboarders and inline skaters, many with dogs in tow. It was relatively new, and frequented only by the “green space die hards,” determined to find that rare combination in New York — fresh air, open skies, exercise, and scenery all in the same place. 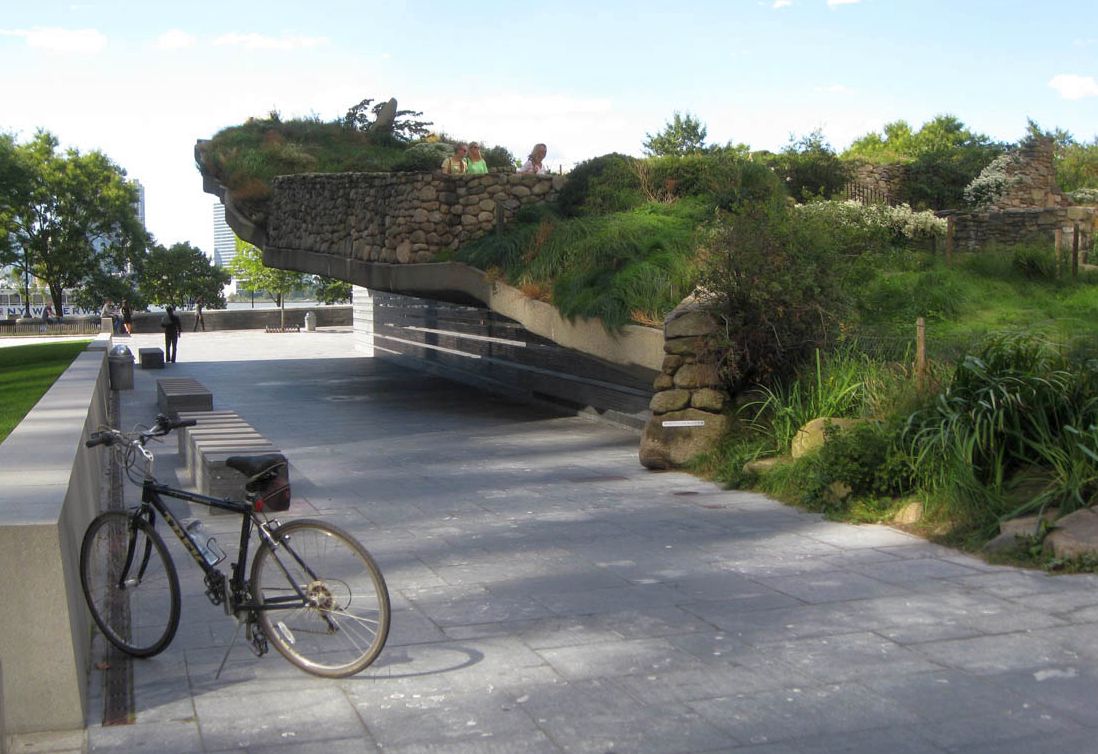 Since I am traveling with my bike on this visit, this was one of the things on my “to do” list while I am in New York, to ride the path, uninterrupted, from The Battery to the GWB. It didn’t exactly turn out that way… 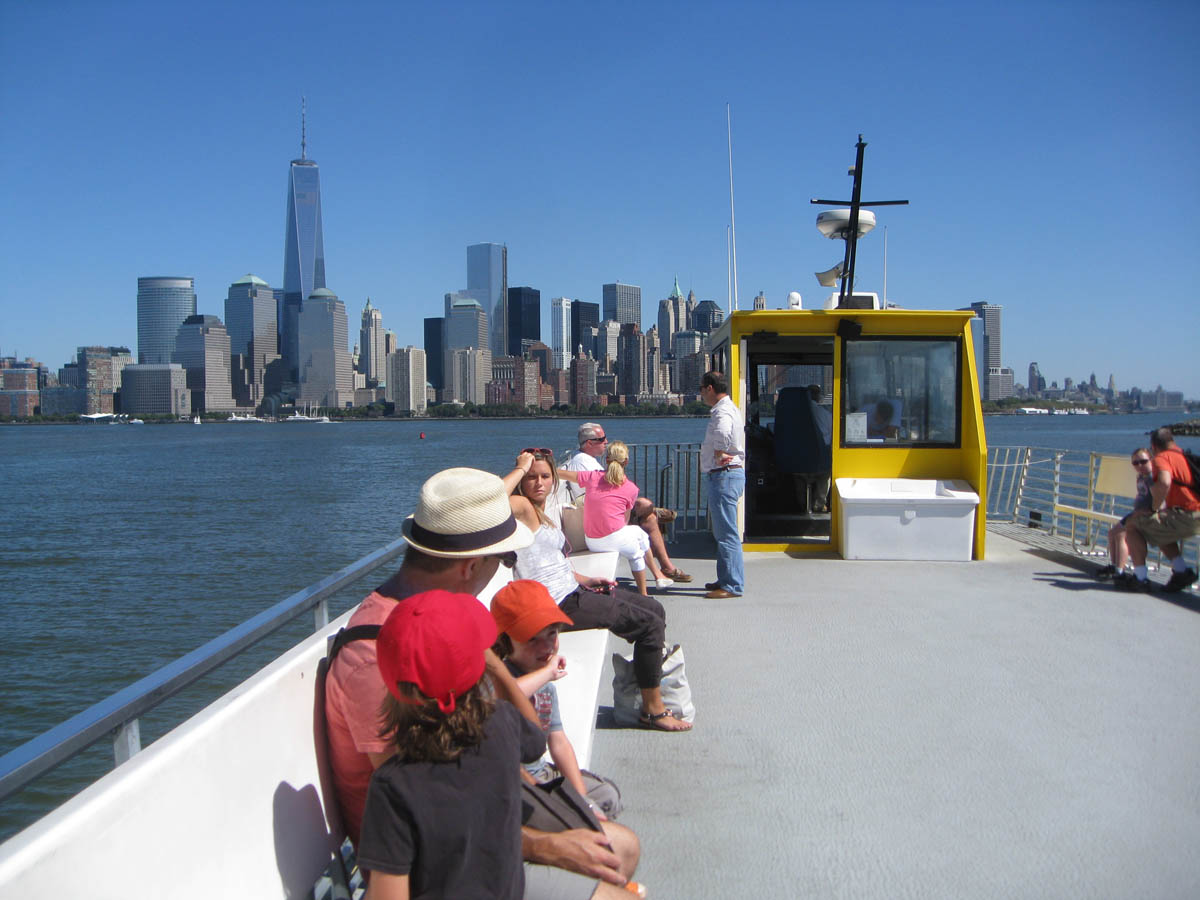 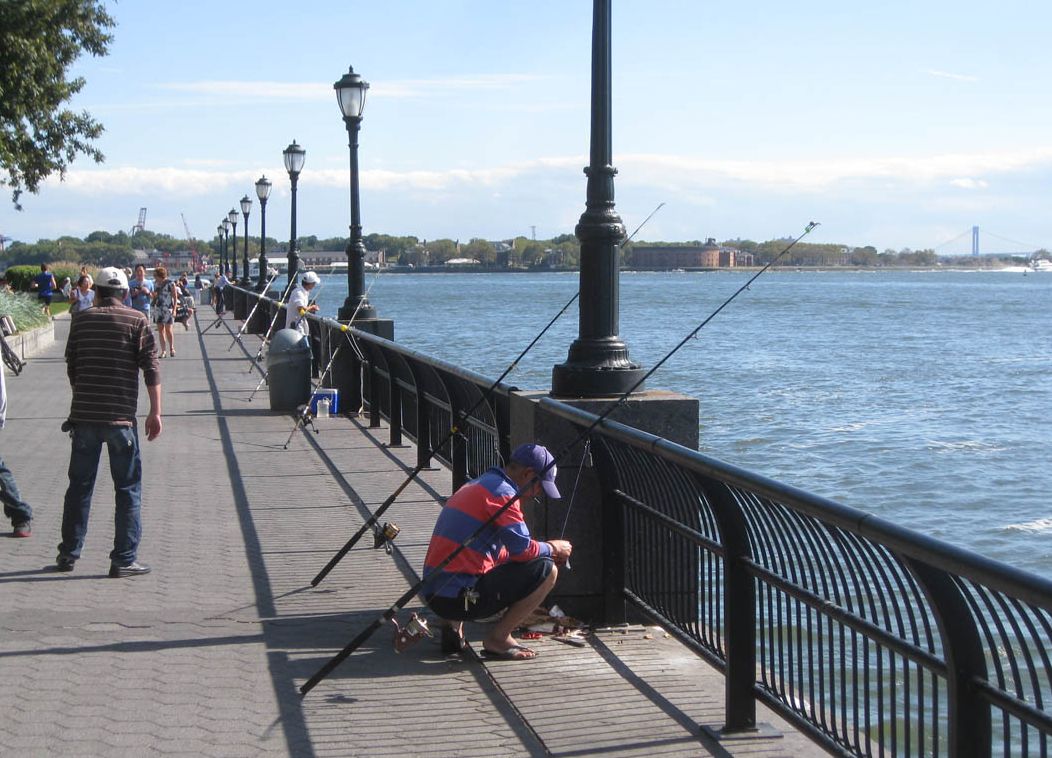 I started out on the 15 minute ferry ride across the Hudson on a beautiful, September blue sky day, the type of day that I remember so fondly about New York. This day was a “gift,” as my work laptop had a hard drive failure, so the day off came unexpectedly. I had to ship the work laptop back to “The Depot.” I am not allowed to access work systems on a personal PC, so there would be no way for me to work for three days. Friends accused me of putting it in the microwave on high for 2 minutes, just so I could get out and enjoy the perfect weather. Though my conscience is clear, I am certain my subconscious had its own telepathic hand in helping answer the question, “How can I break free of house arrest??” 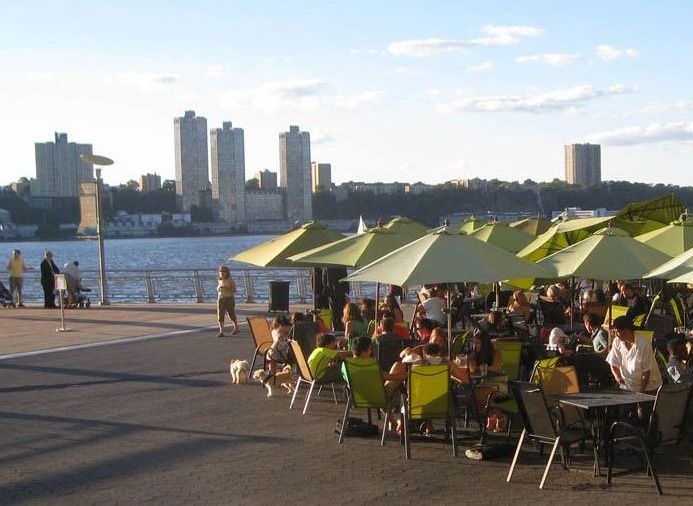 Since I had a mental “start and finish” to this plan, I headed first down to Battery Park to the Staten Island Ferry terminal to start my ride. Only Hurricane Sandy got there before me, wreaking havoc on the park with her 12 foot storm surge that flooded the Battery. The bike paths through the park are all now broken up with chain link fences like a true maze, where one must turn and retrace the path over and over again to find the exit. So my “continuous uninterrupted ride” was foiled before it even started. 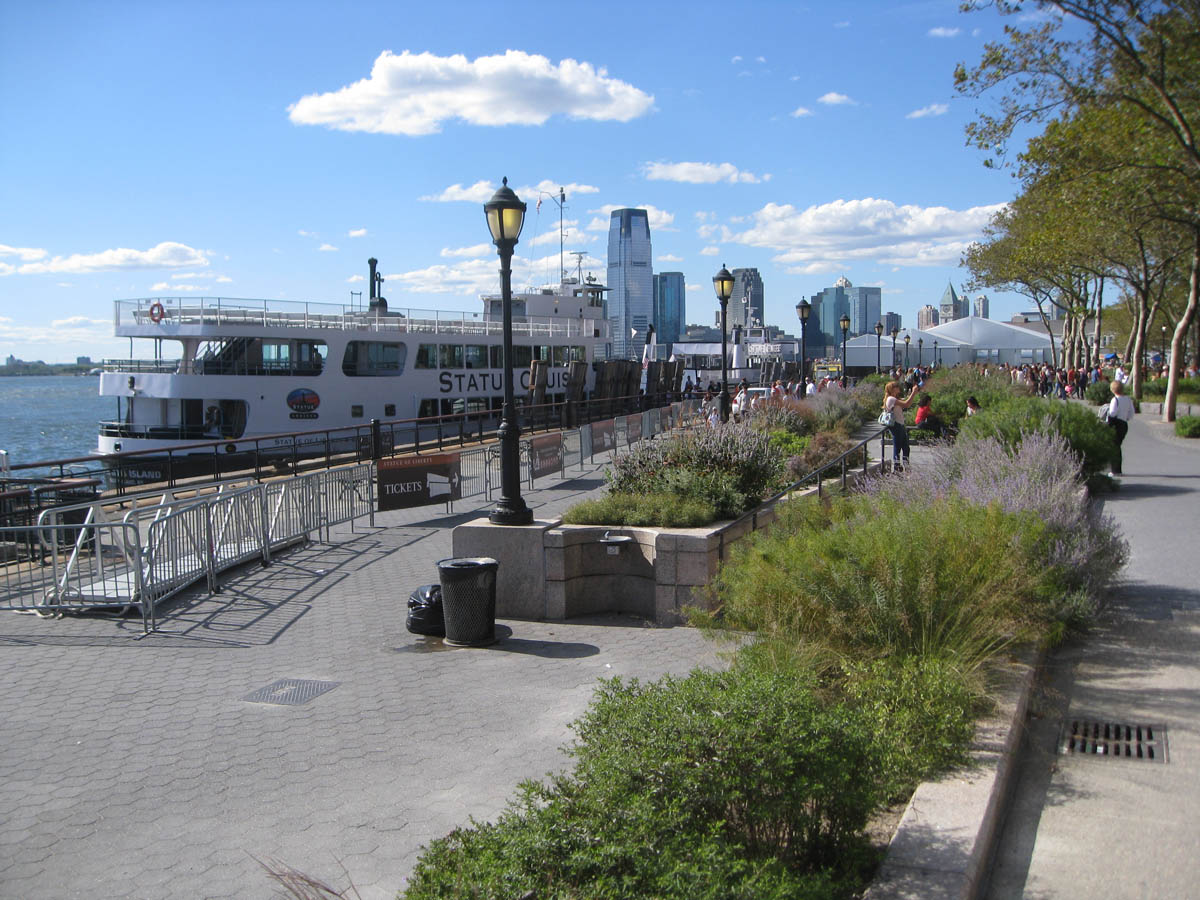 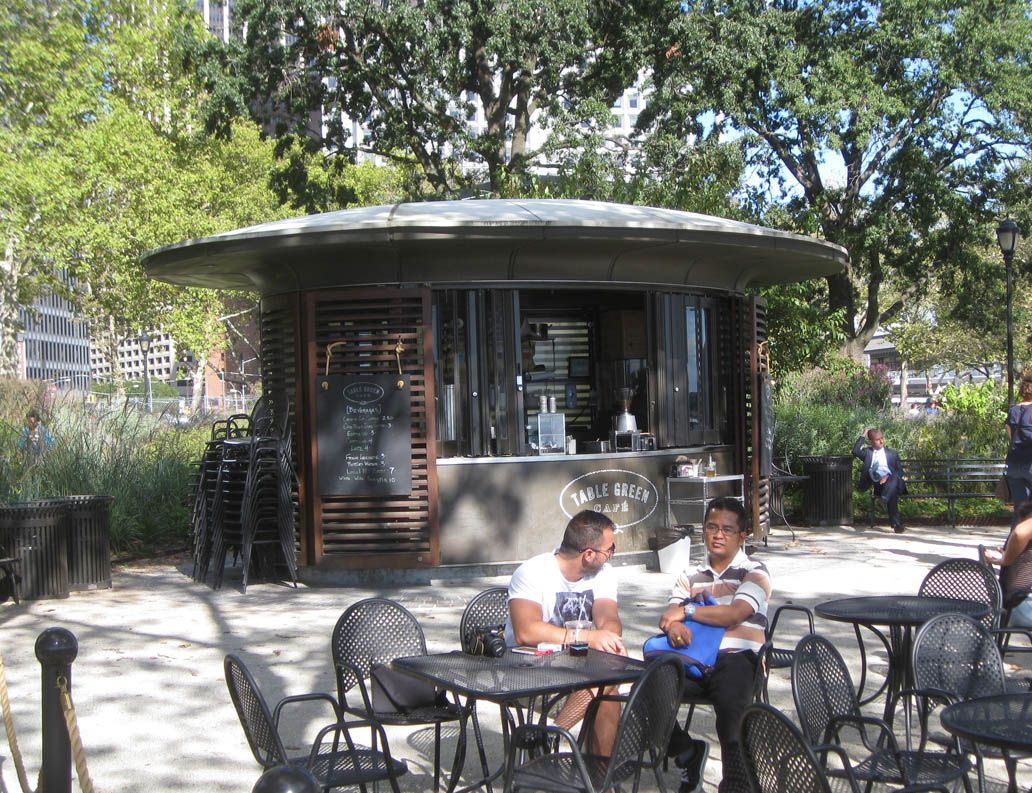 As I made my way further up the river, I realized how much the bike path had changed. What was once a playground for two-wheeled fun rides was now a major commuter lane for two wheeled mass transit. There are now traffic lights on the path!  Little red and green bicycle lights!  Instead of roller bladers in tights and halter tops, the attire is now business suits and tennis shoes, ties streaming over their shoulder. Ride fast, or get out of the way!! 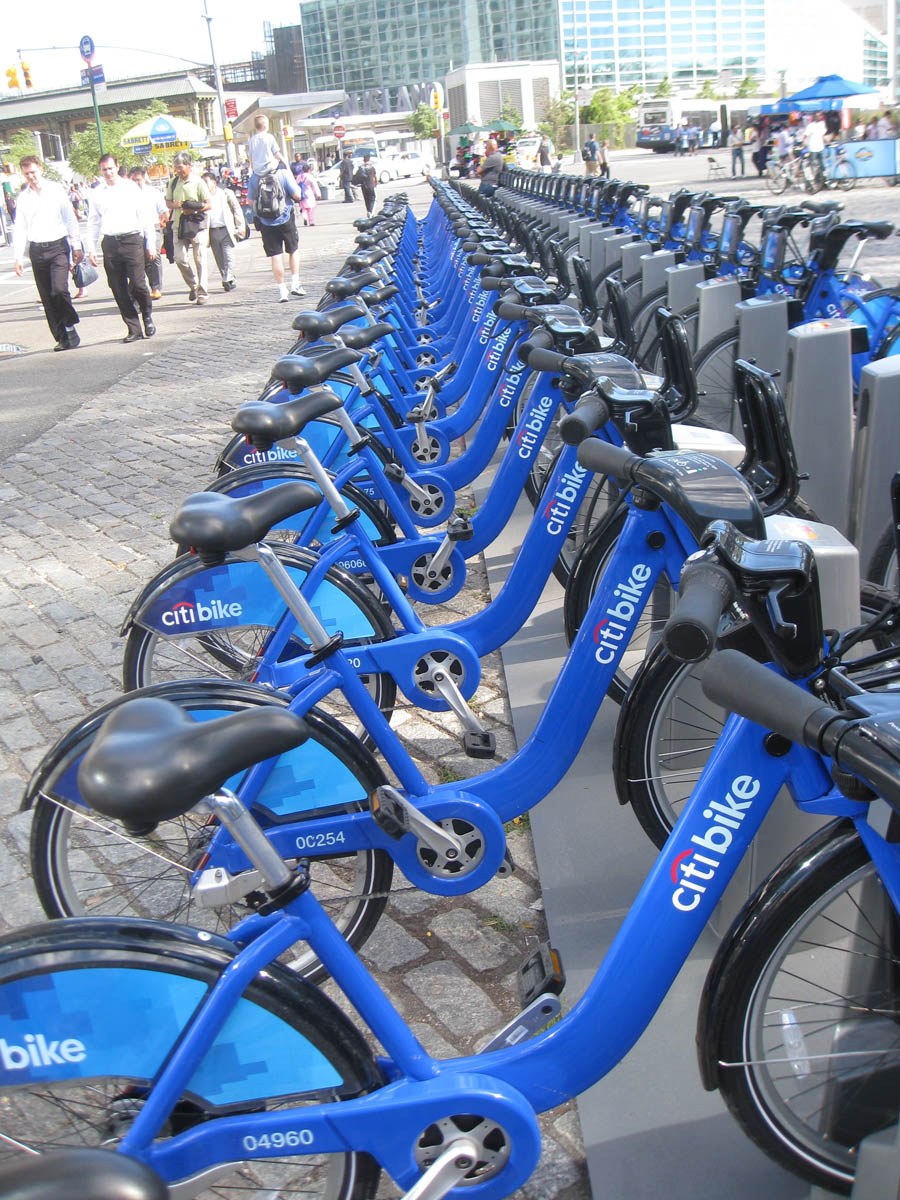 I didn’t make it all the way to the GWB. Turns out it was Rosh Hashana, when the entire Upper West Side Jewish population descends upon the Hudson River to watch the sunset on the last day of their Jewish calendar. (Or as my Jewish friend Tracey calls it, the “Jews-a-poluza!”) First it was just a few congregating, a little singing, a little dancing, and reciting of prayers in Hebrew. Most had brought bags of bread down to the river to shred and cast into the water, symbolizing the casting off of their sins. 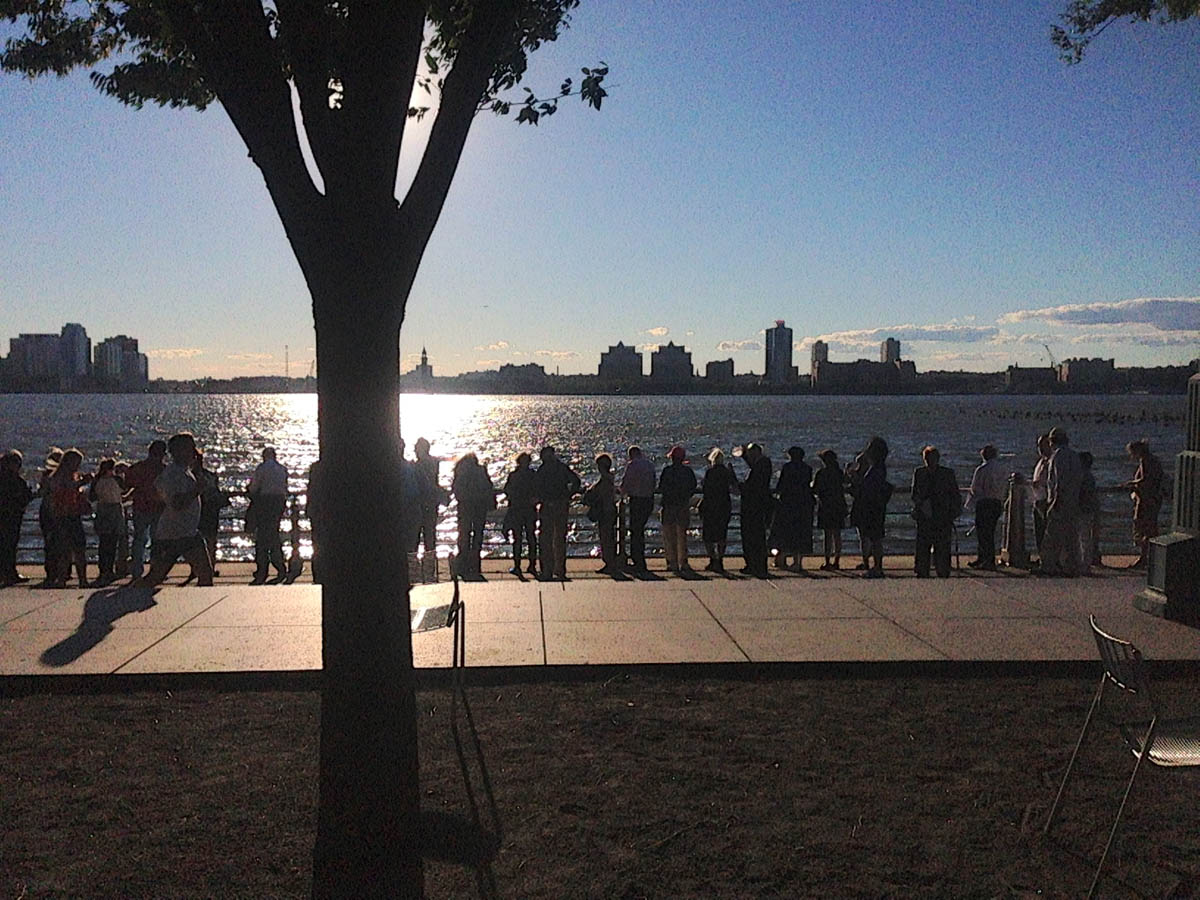 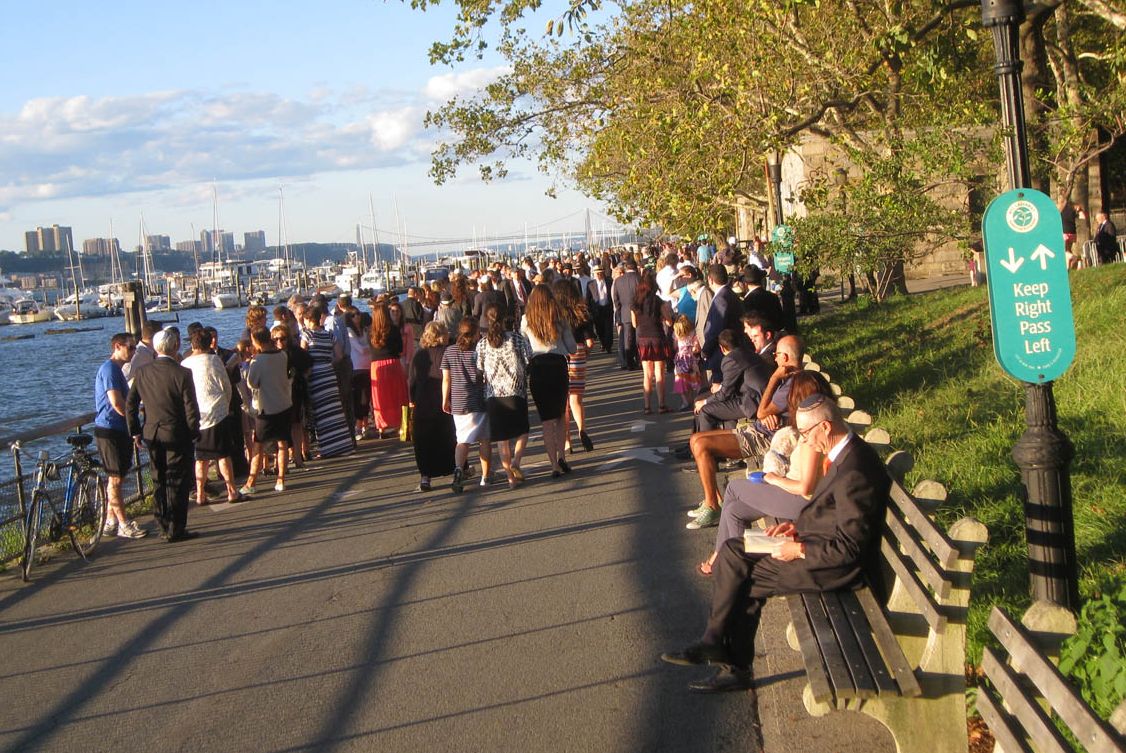 By the time I reached the high 90’s (in street numbers) the crowd had become impossible to negotiate. Watching the sun go down on the Jewish New Years Eve was as big of an event as the ball dropping in Time Square, and even Moses himself could not have parted the crowd that now filled the bike path. 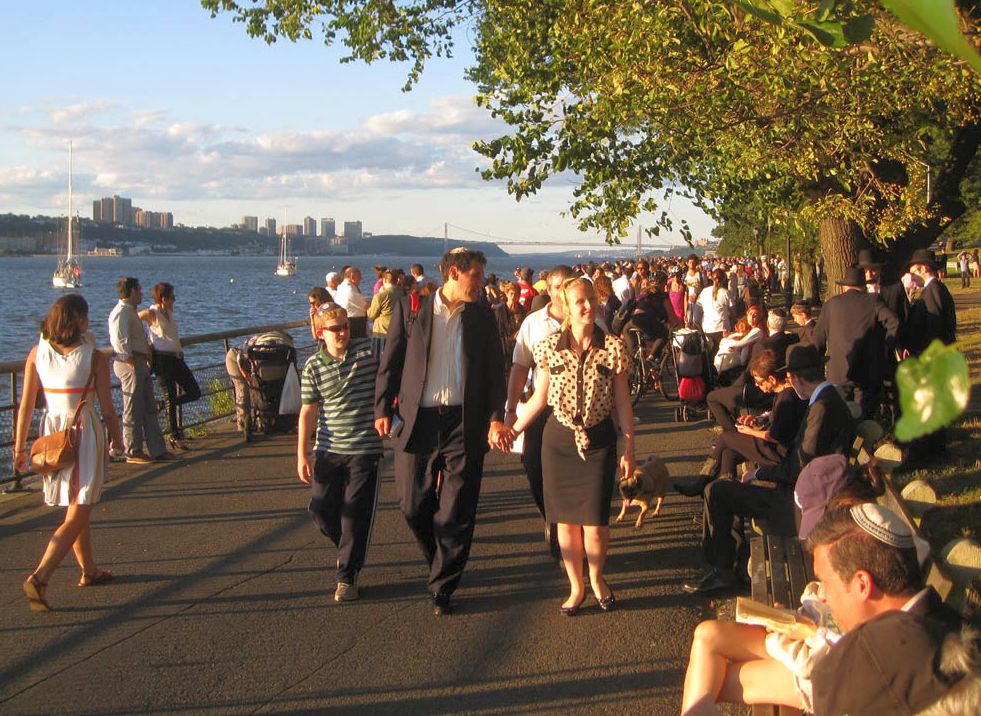 With impending darkness and throngs of worshipers between me and the GWB, I would have no choice but to turn around and join the commuters in their race back down the river. The Little Red Lighthouse and the Great Gray Bridge would have to wait for another day… 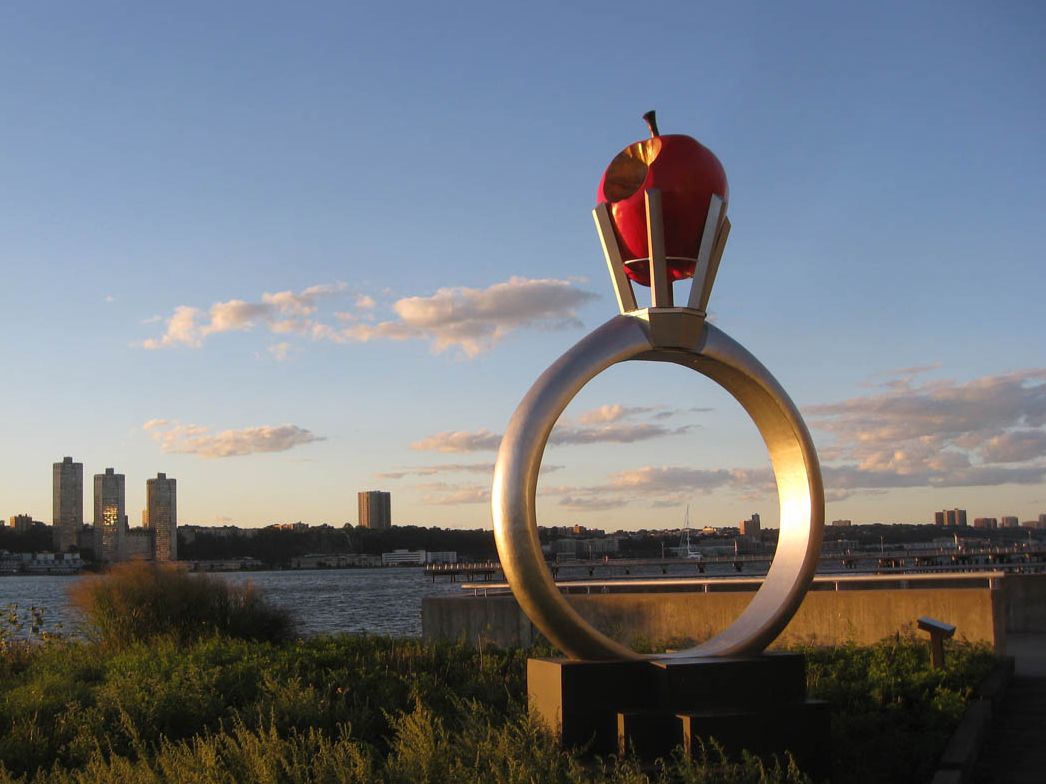 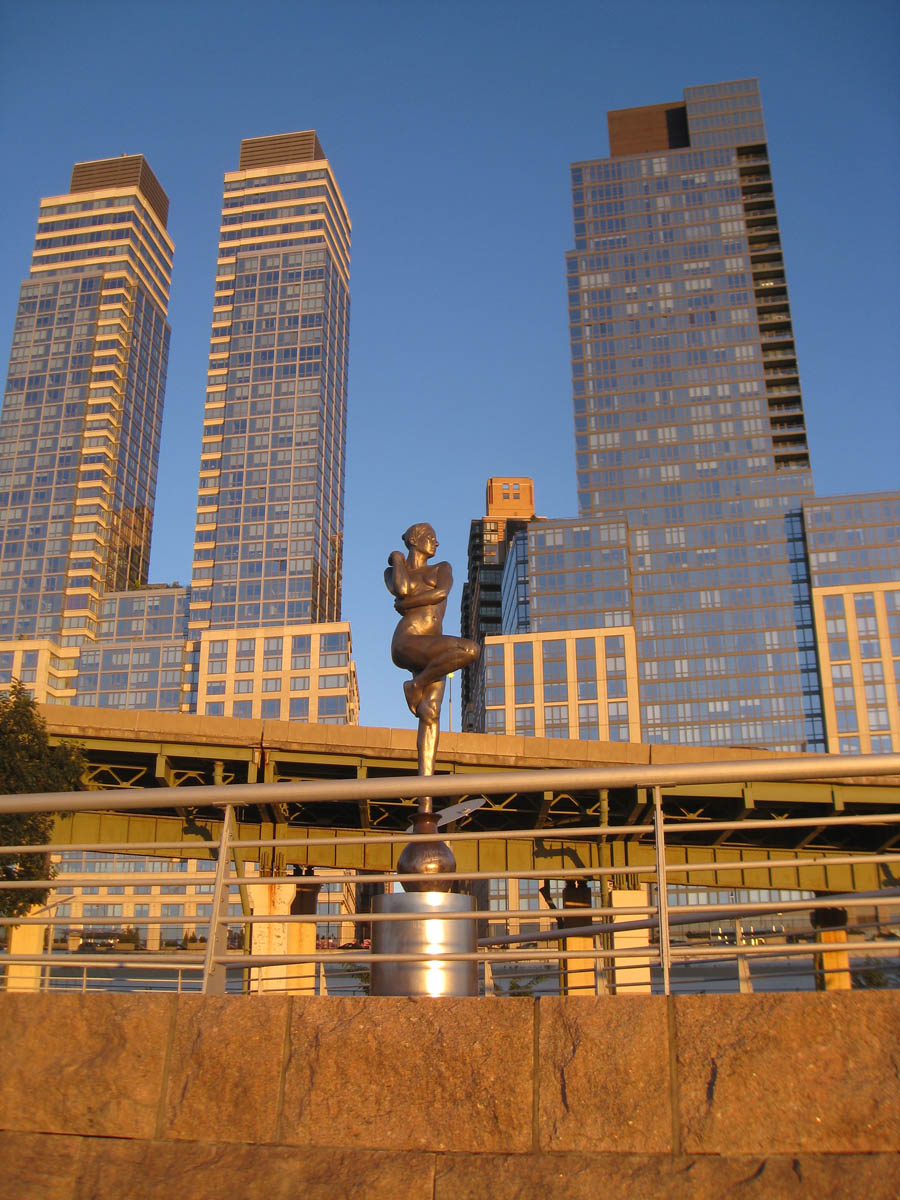 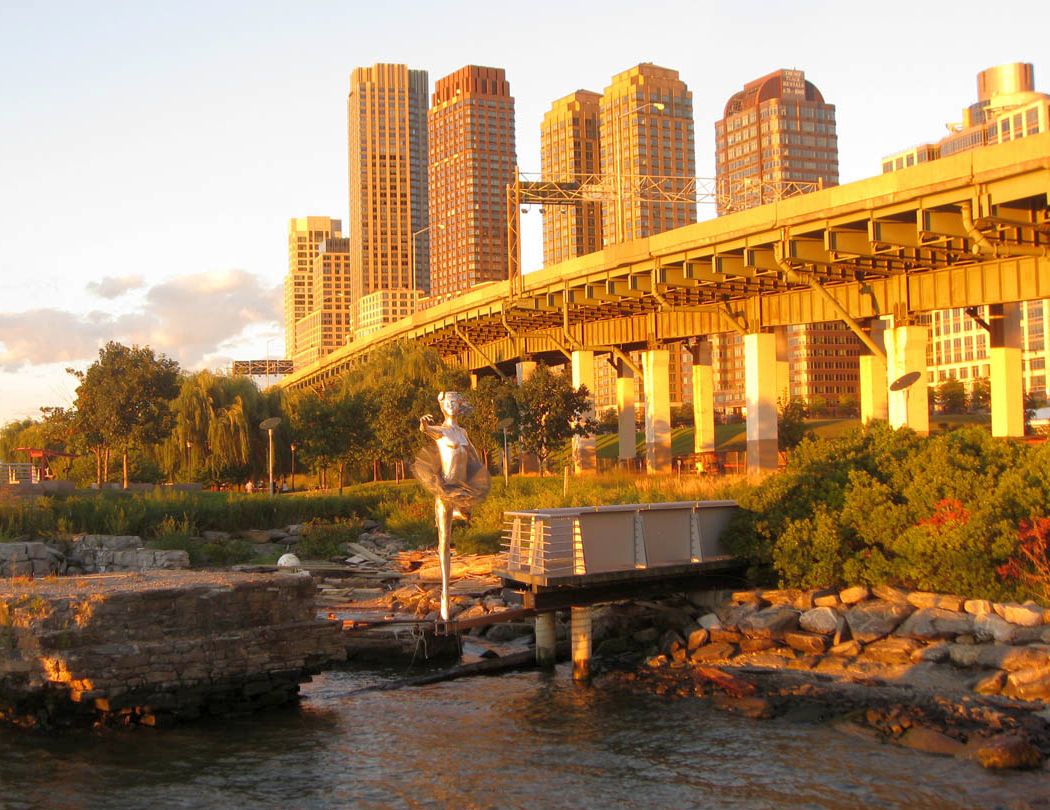 2 thoughts on “They paved the parking lot, put up a paradise…”