I have gone from one extreme to the other – from the floodlit parking lot in Jersey City were the street lamps were almost as tall as the skyscrapers, and I needed an Ava Gabor eye-mask to get to sleep, to a State Park in the Finger Lakes where nary a street lamp exists, and the brightest light in the park is Venus in the night sky overhead.   It is perfectly peaceful here in Taughannock Falls State Park.   Like a balm after 23 days in the city. 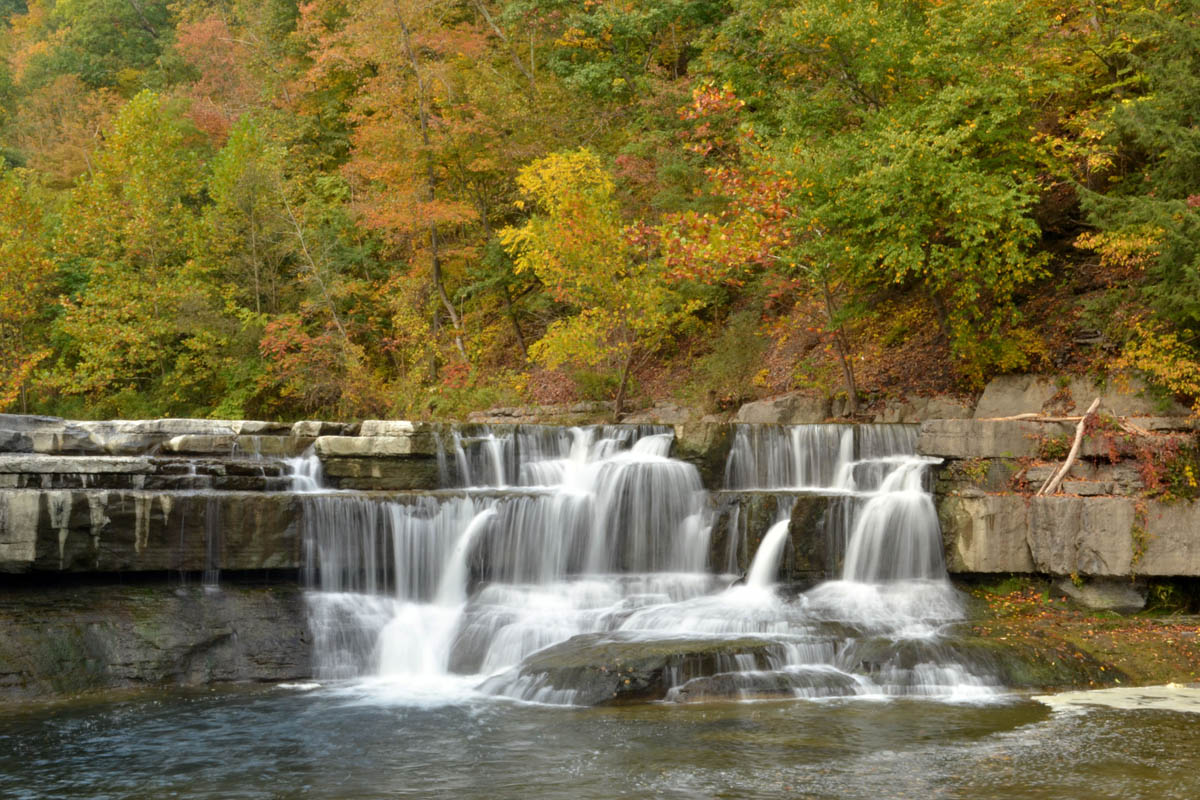 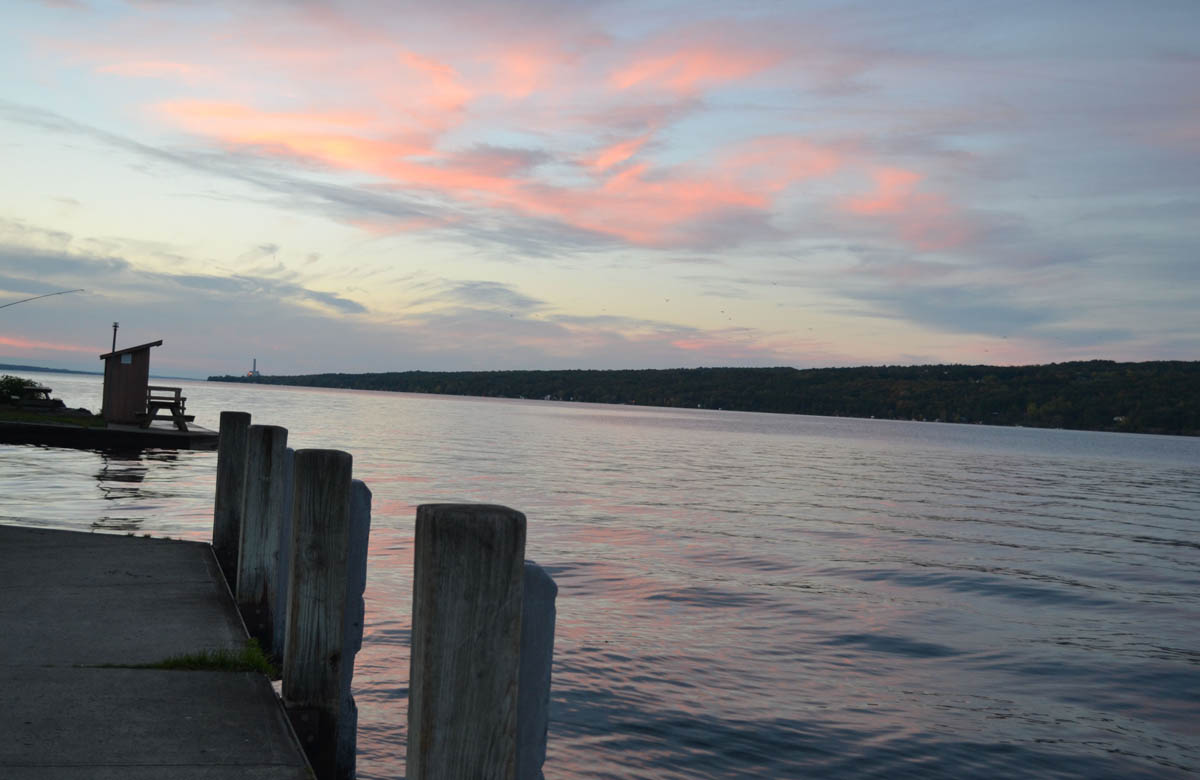 But darkness is coming on fast.

This will be my first winter as a full timer, and I must admit, I am a tad bit apprehensive.  It’s not the cold that concerns me.  I have three heaters and six wheels to outrun the cold.  But I can’t outrun the darkness.  Since I have been working full time in the RV, I live for the end of the day when I can get out for long walks or bike rides.   But those are getting shorter and shorter, between my requirement to work Central Time Zone hours, with Eastern Time Zone darkness ever encroaching. 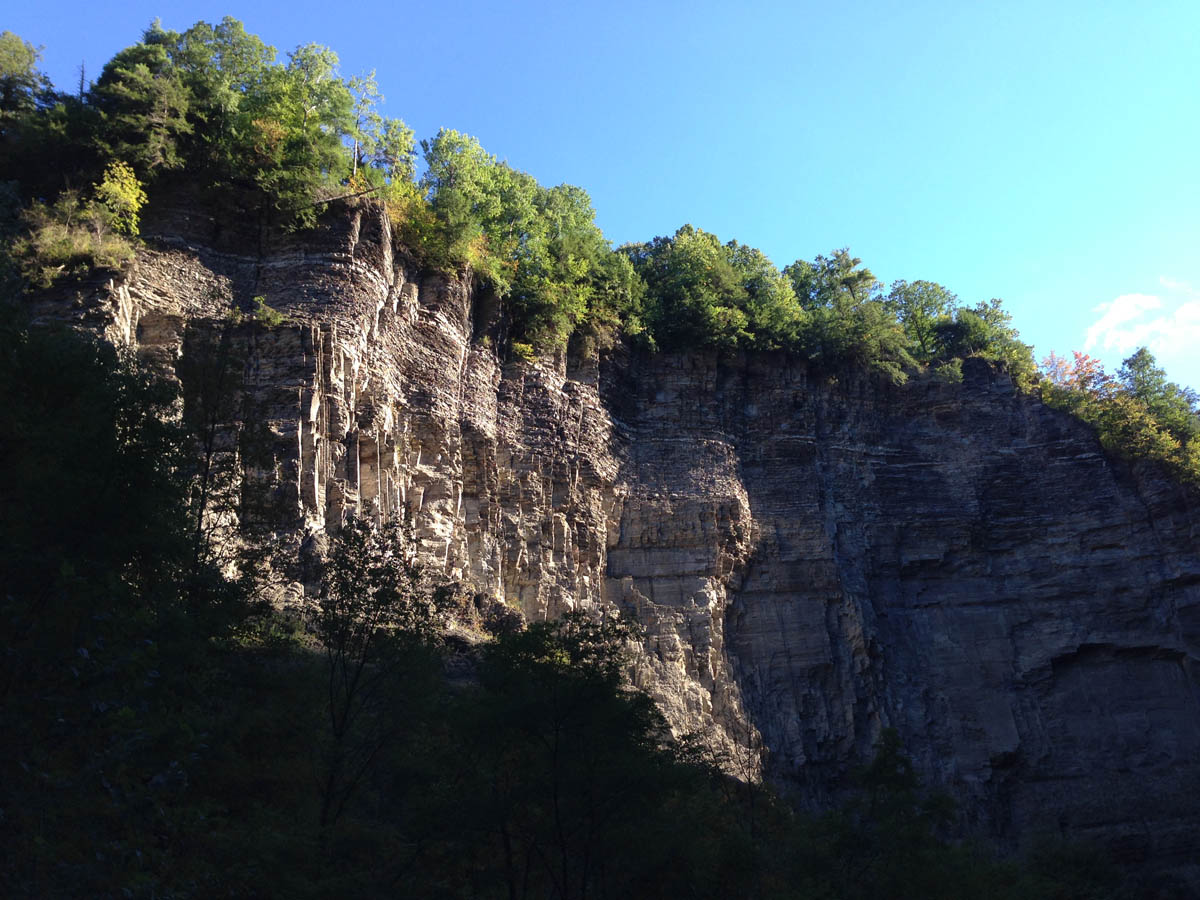 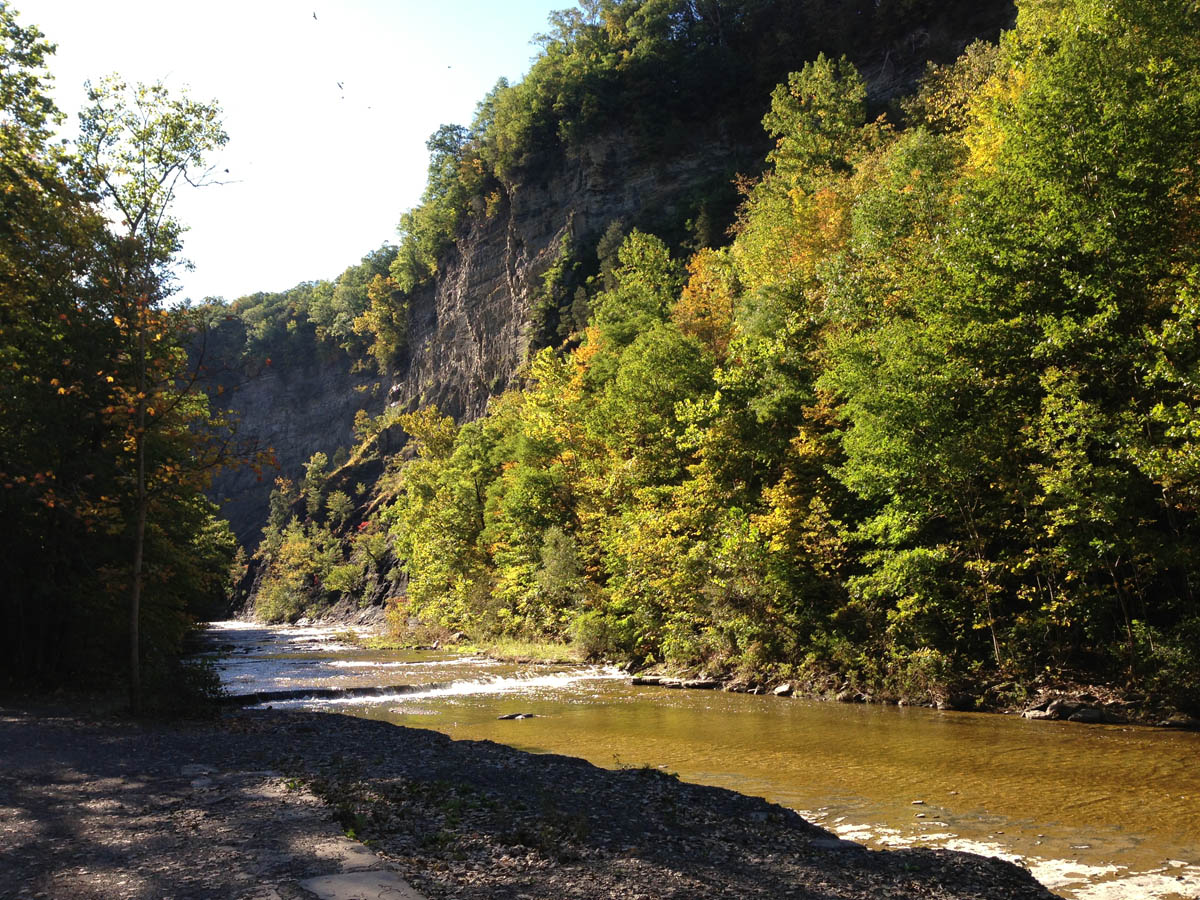 I think back to what I did during the long dark winters while living in my “sticks and bricks.”   It was a weekly line-up of reality TV and the continuous CNN loop.    I am no longer addicted to this mindless force-fed flow of idiocracy, having sworn off TV since I moved into the RV.  I am happier living in blissful ignorance, using the internet to catch up on the headlines only when I feel I can stomach them.   But I do wonder how I will fill the dark nights.   Oh, sure, I have plenty of books to read.   But it is going to take some shifting of schedules to expand my daily exercise beyond 150 sq ft! 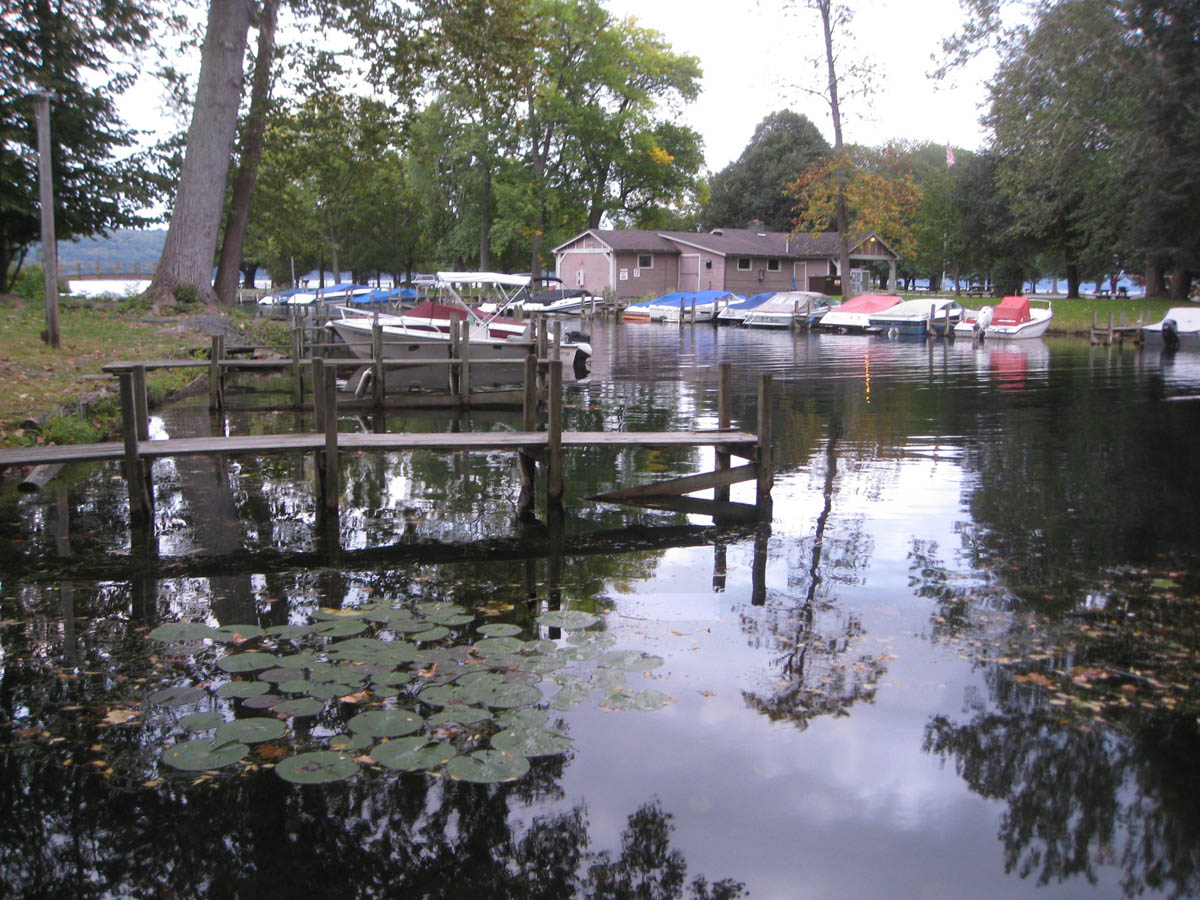 Taughannock Falls State Park (pronounced “tuh-GHAN-ock”) is known for the 215 foot waterfall that plunges into a misty pool, then runs three quarters of a mile down Taughannock Creek, dumping into Cayuga Lake, the longest of the eleven Finger Lakes.   It is the highest free-falling waterfall east of the Mississippi River.   Both the lake and the falls are accessible by foot path from the Taughannock State Park.   There are rim hiking trails on both the north and south sides of the gorge, as well as a lower level Gorge Trail which runs along the creek to the base of the falls, allowing you to cover in 45 minutes what it took the Taughannock Creek 10,000 years to do. 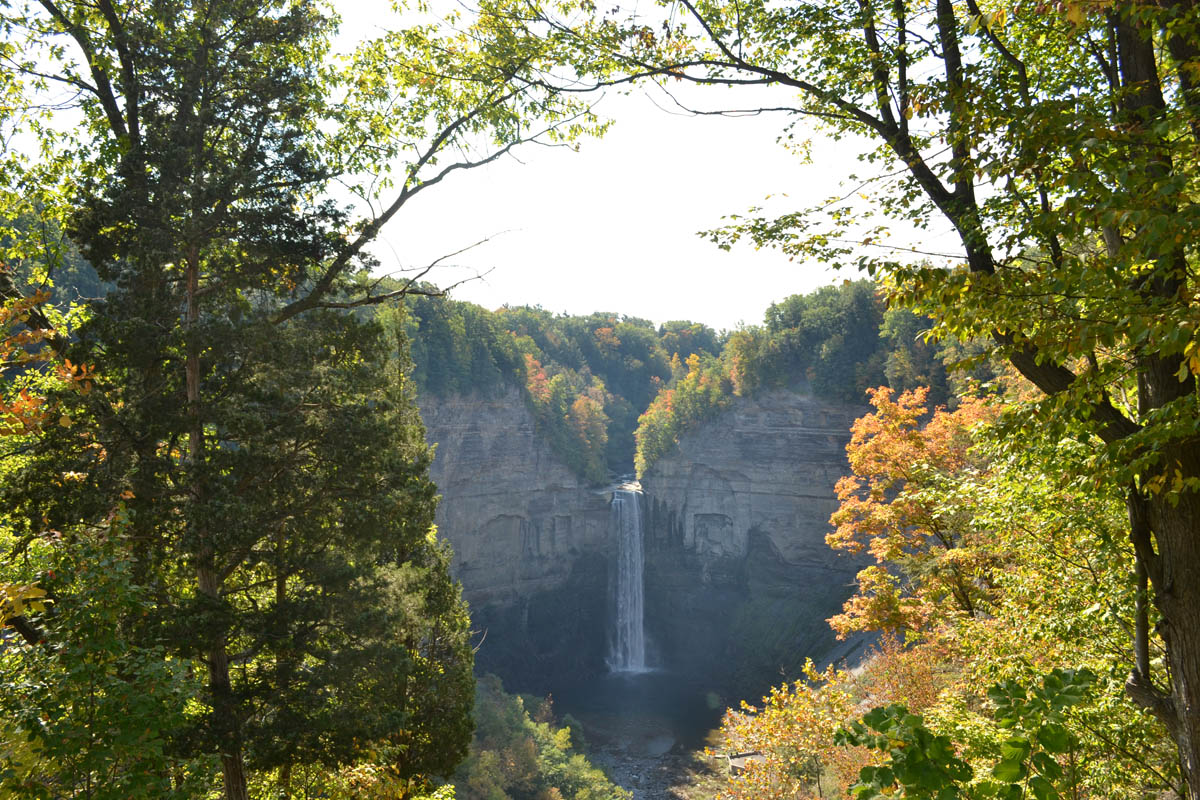 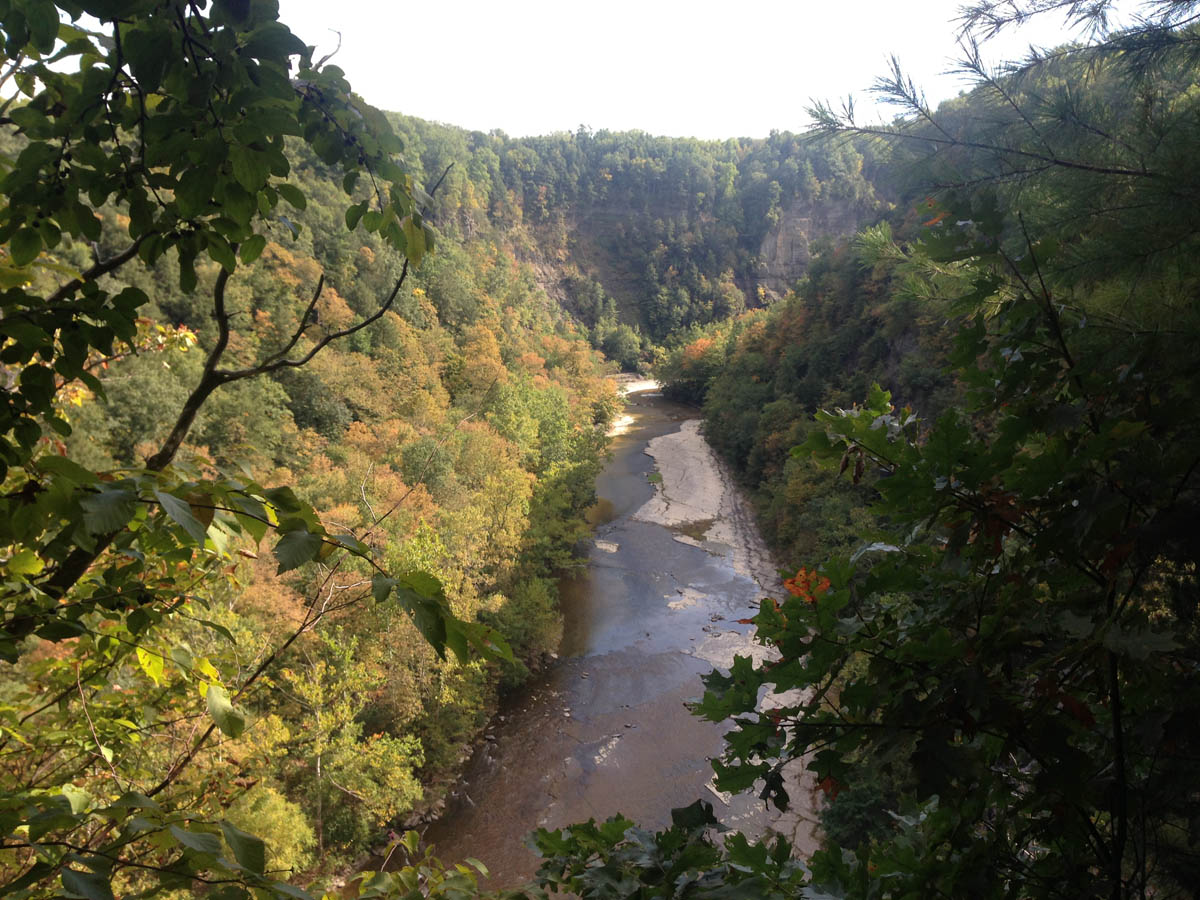 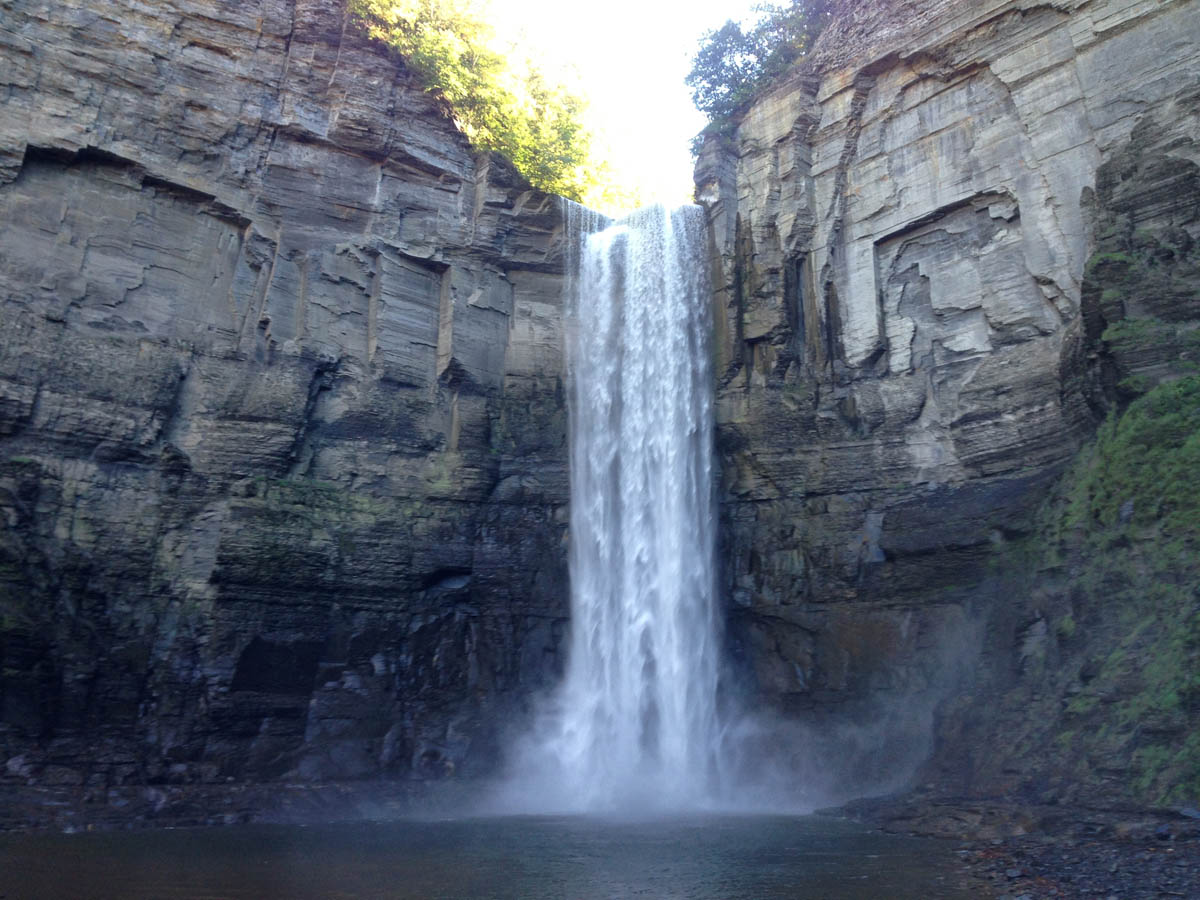 Though darkness appears to be in a mad rush, the Finger Lakes fall color is taking its own sweet time… 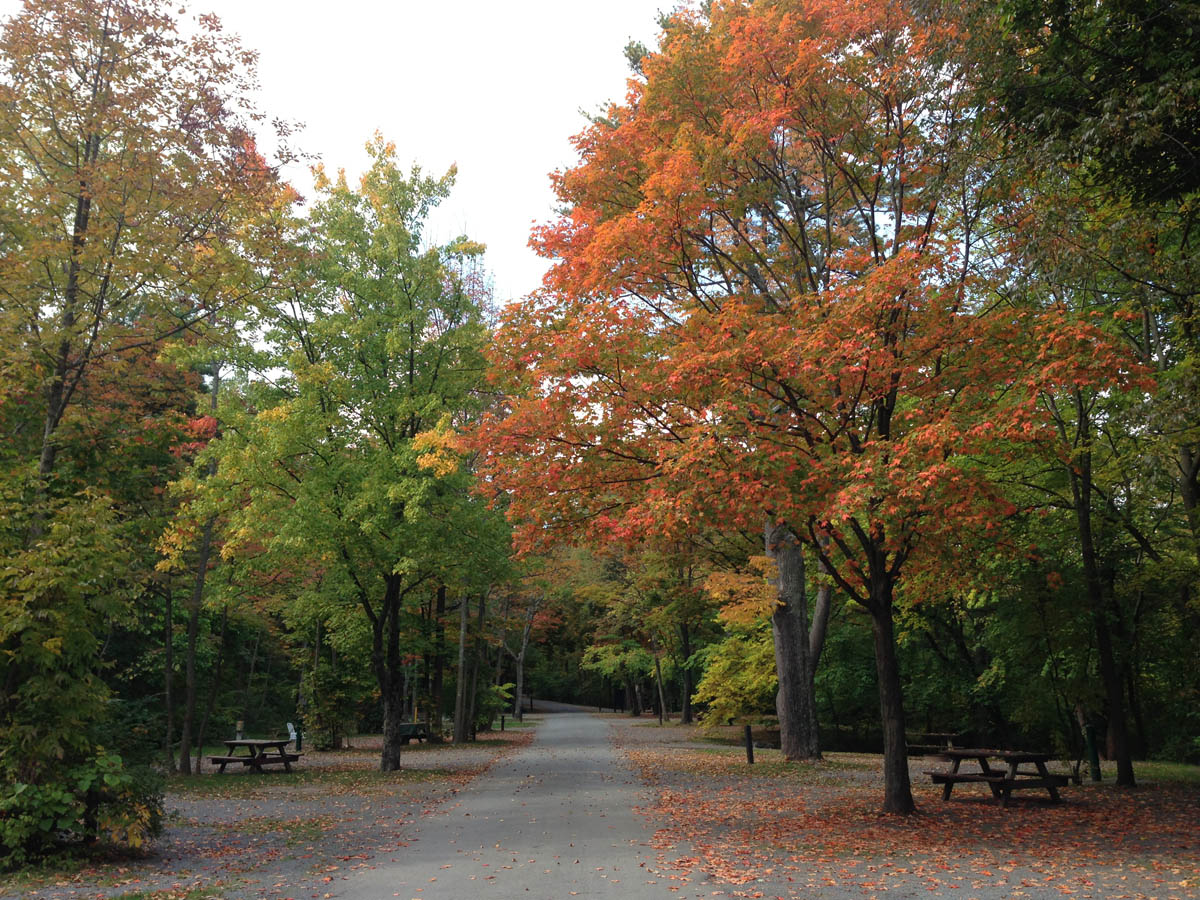