I have now been in the Liberty Harbor RV Park for 23 days.  The park is an abysmal gravel lot, but they don’t call it “harbor” for no good reason – the redeeming factor is the water views of the Hudson River and million dollar boats on two sides of the adjoining harbor. 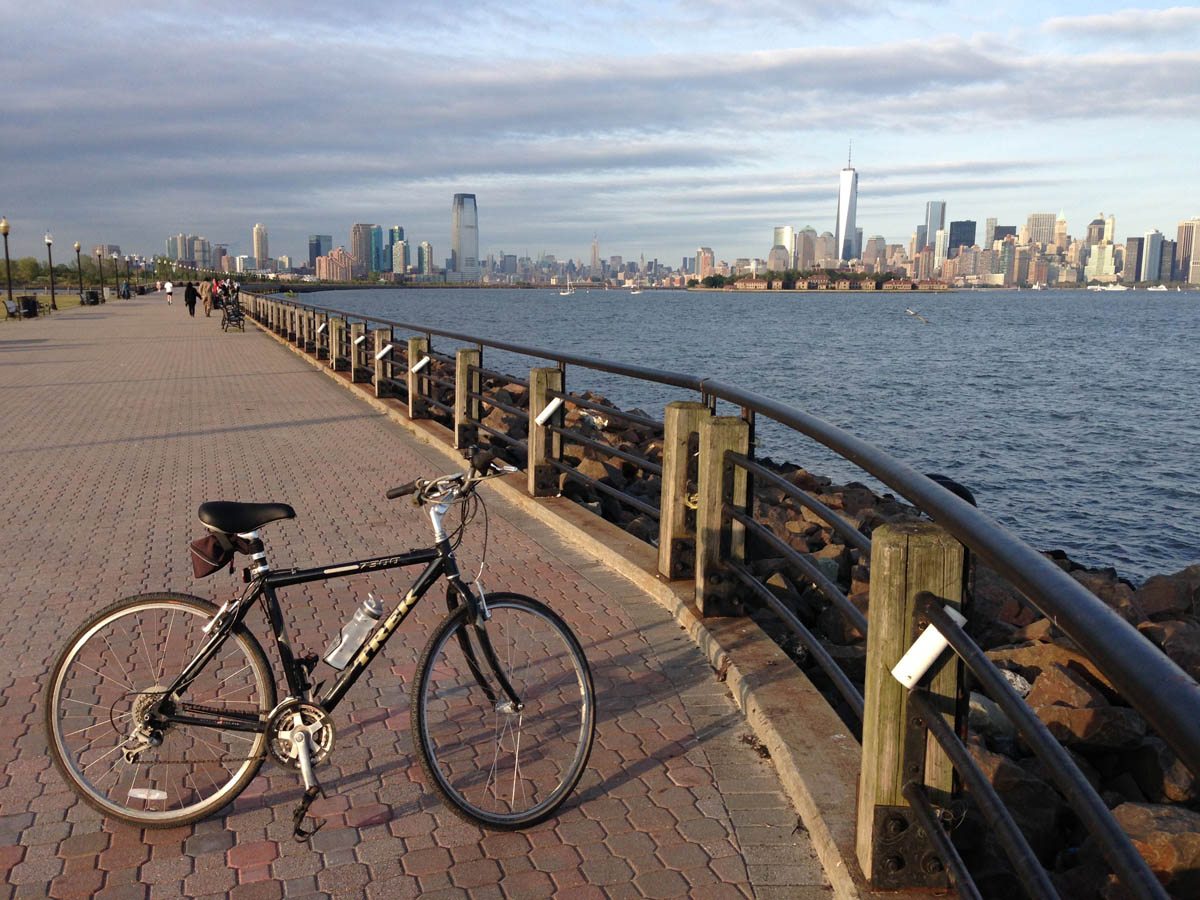 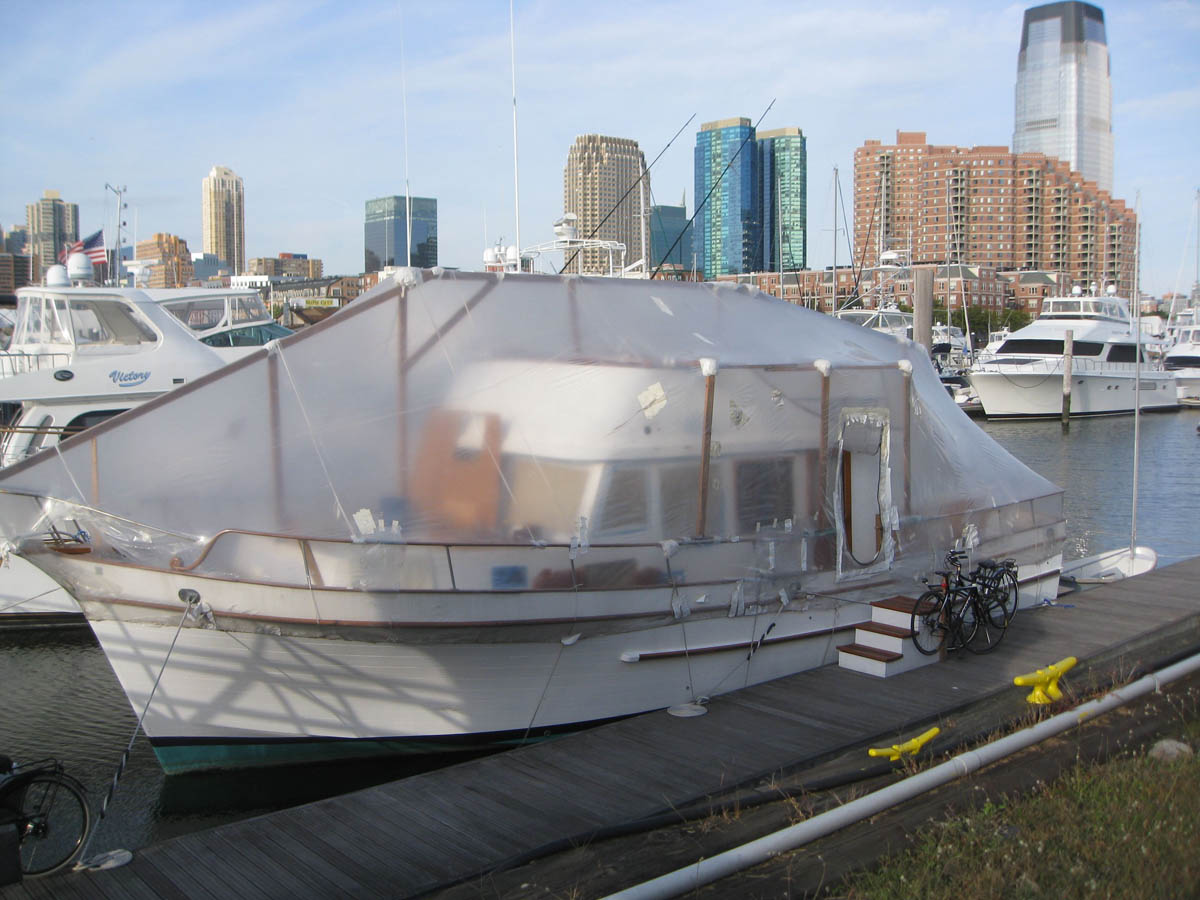 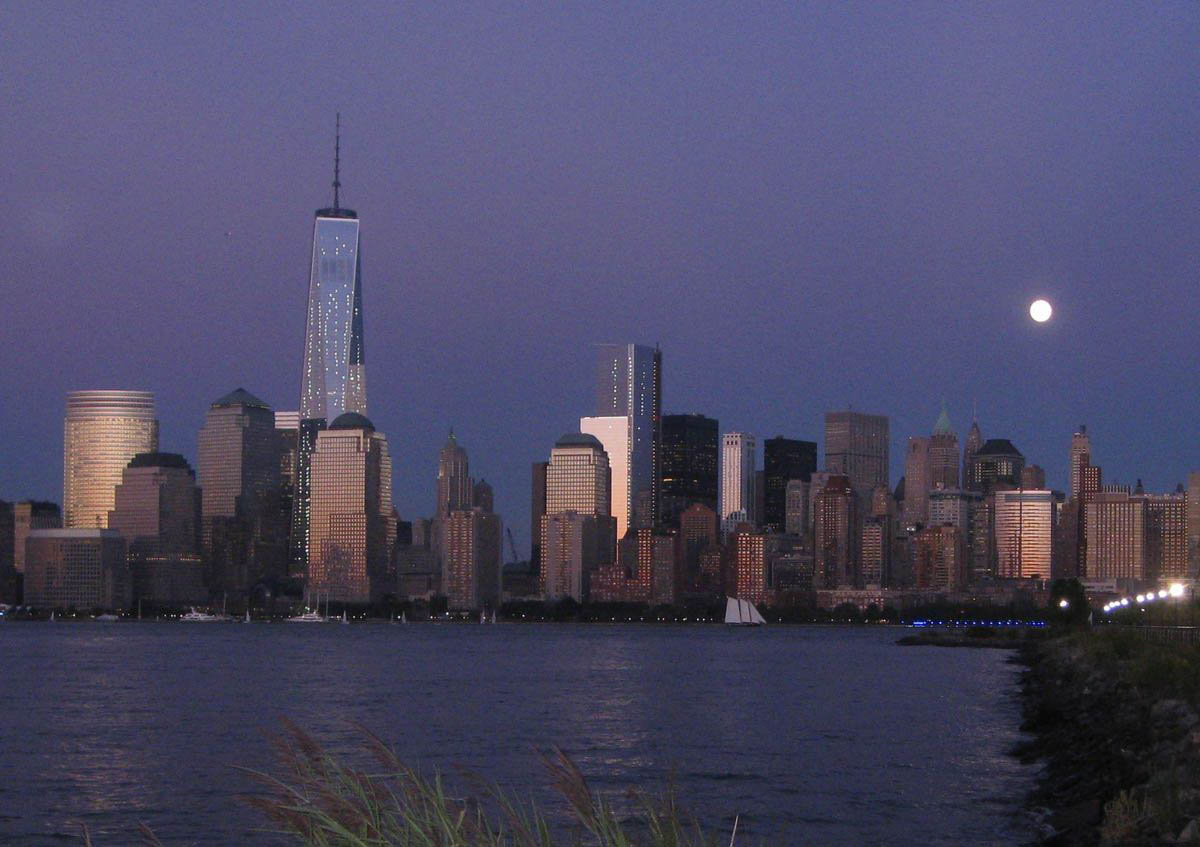 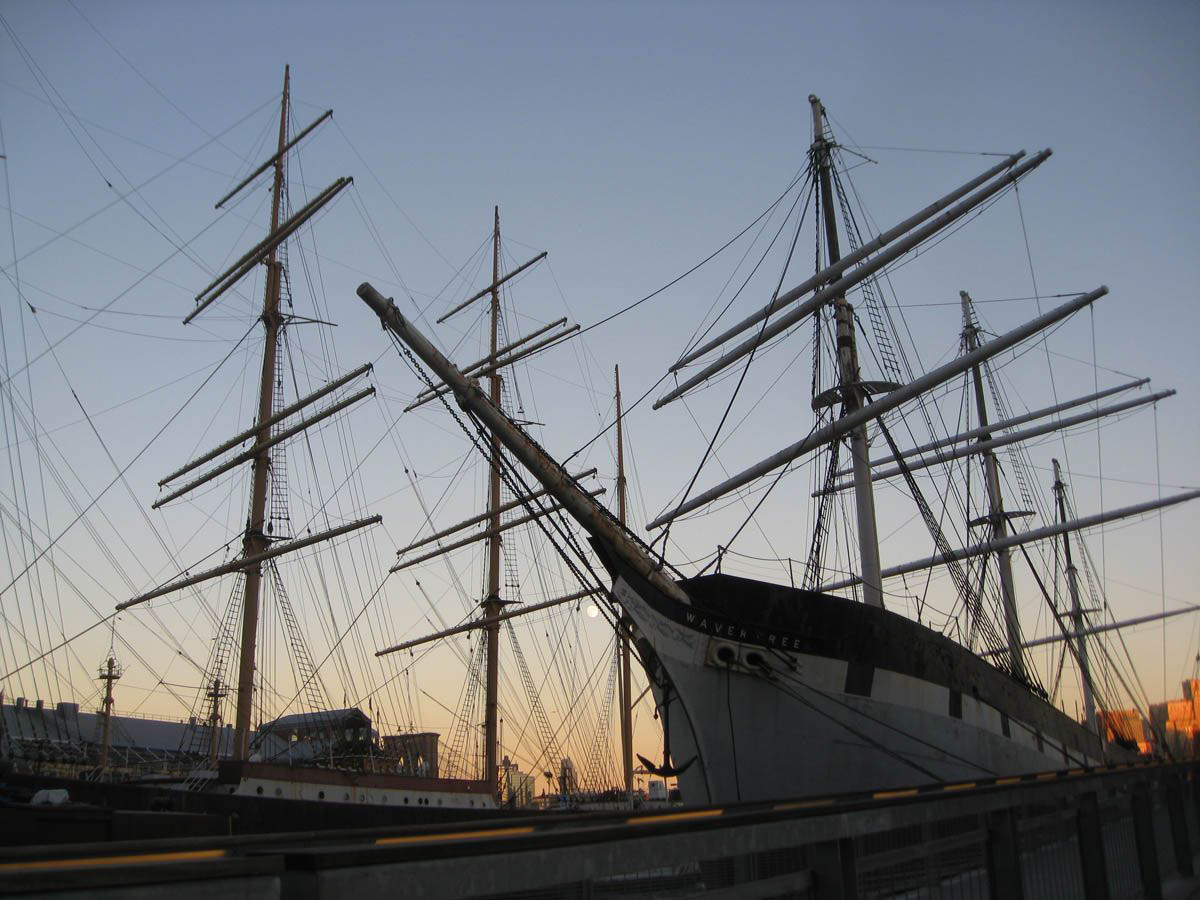 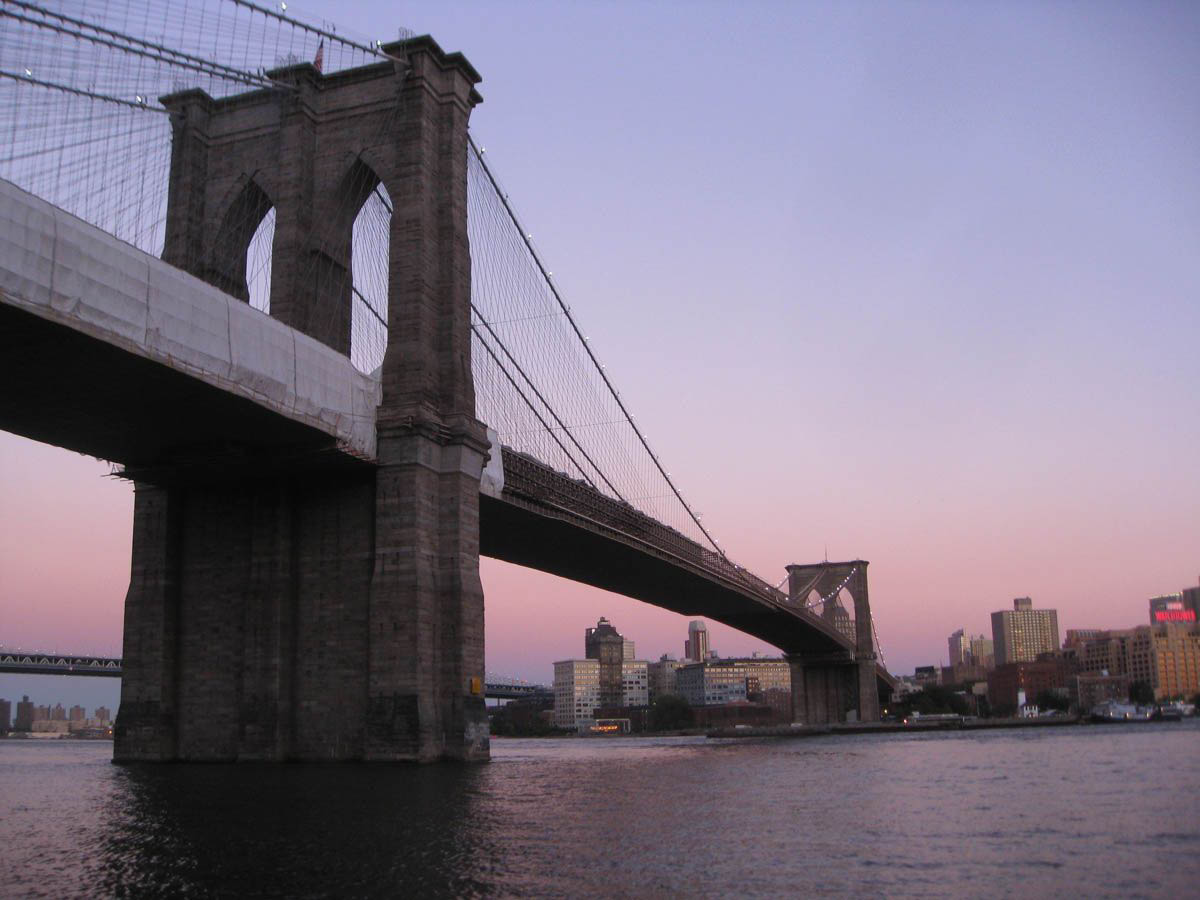 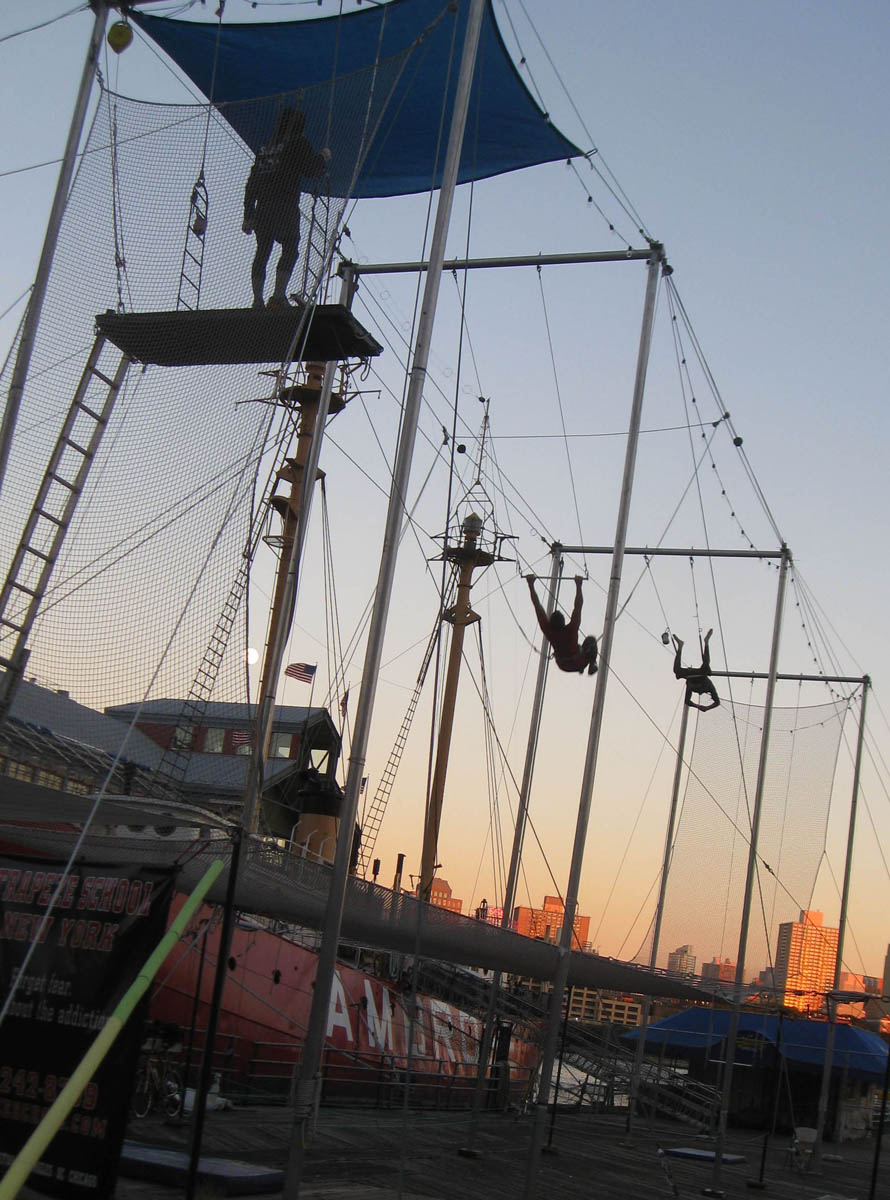 It has been interesting to see my friends’ reactions to my new nomadic lifestyle, as they have come to the RV Park to get a look at the new digs.   Some “got it” even before I did.  (“We always knew you were a gypsy!”)  Some didn’t get it at all (“This is the most unusual thing I have ever heard!”) and some thought they got it, but didn’t (“Did the sheets come with it?”)   In most cases, I felt like the Freak Show had rolled into town, while a couple got that glimmer in their eye, saying “Yeah, I could see myself living in here!”

My family keeps asking if I would like to move back again, and the answer is unequivocally “No.”  The City offered up some of the best years of my life thus far, but it has changed and so have I. Technology has not done the streets of Manhattan any favors, as everyone commutes, communicates, and coagulates with their noses stuck in their smartphones…while fighting their way down a crowded sidewalk, boarding an over packed train, or crossing a busy street.  What once resembled the orderly flow of a Formula 500 race is now a game of chaotic bumper cars as people seem to navigate using their white iphones and earbuds like the visually impaired use a white cane.   It is commonplace to use the reverse camera angle to give one last “hair check” before heading into the bar.  For someone who has such disdain for the phone to start with, I can’t express how annoying this is! 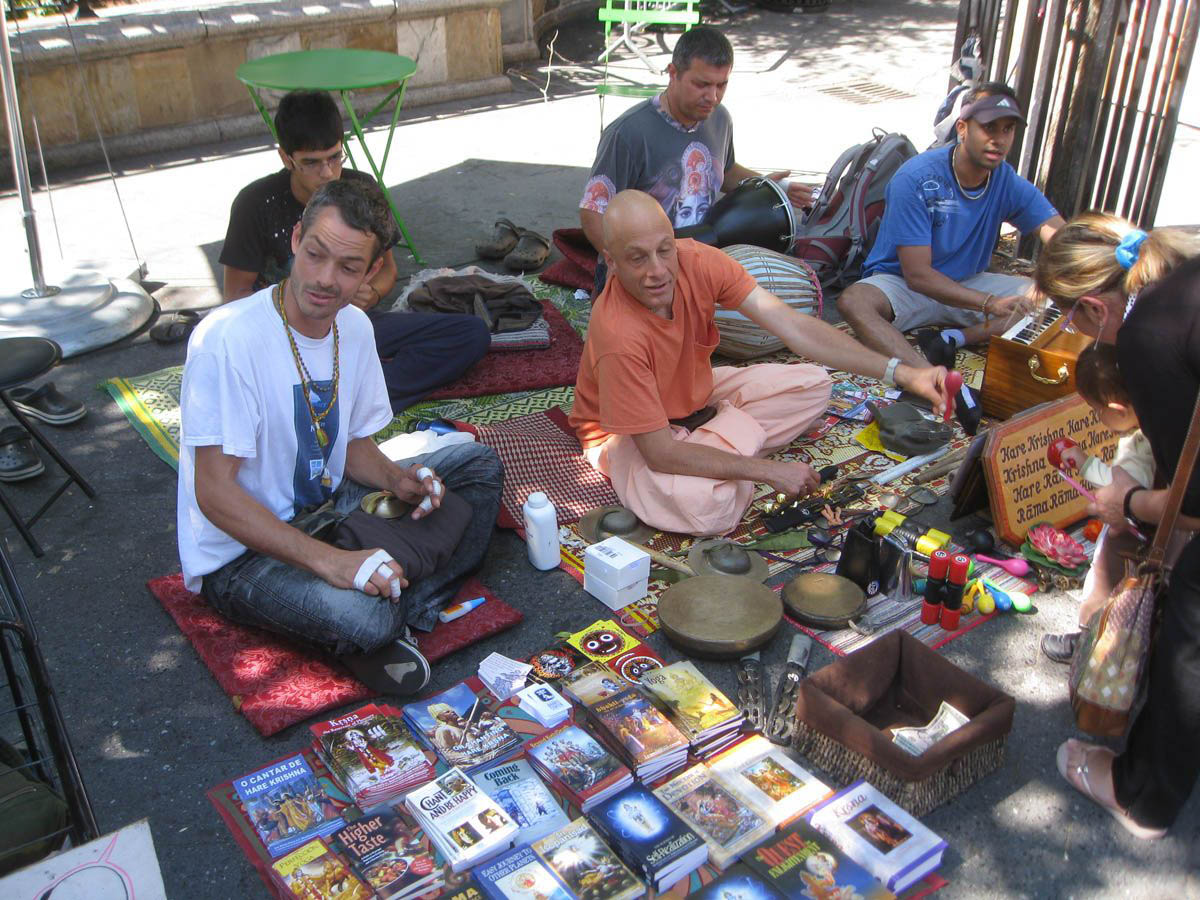 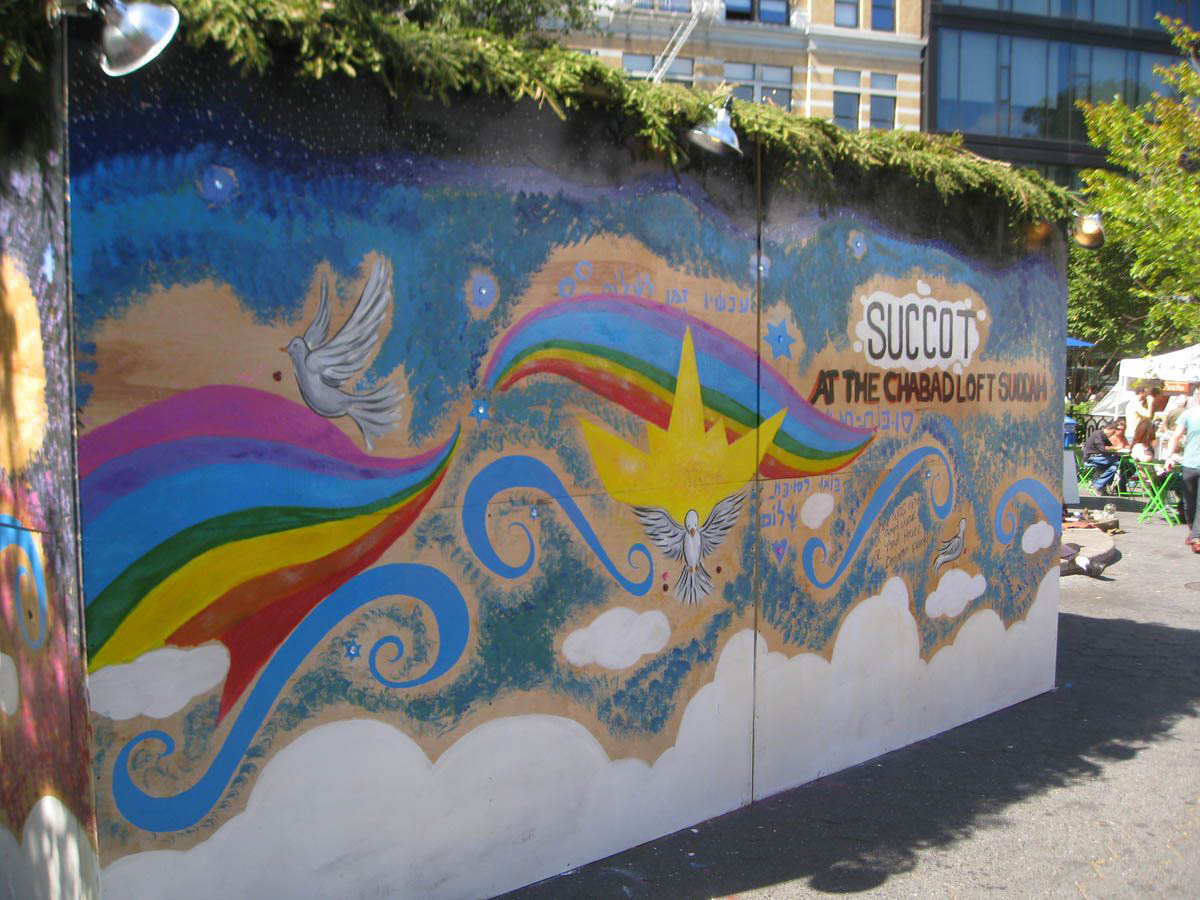 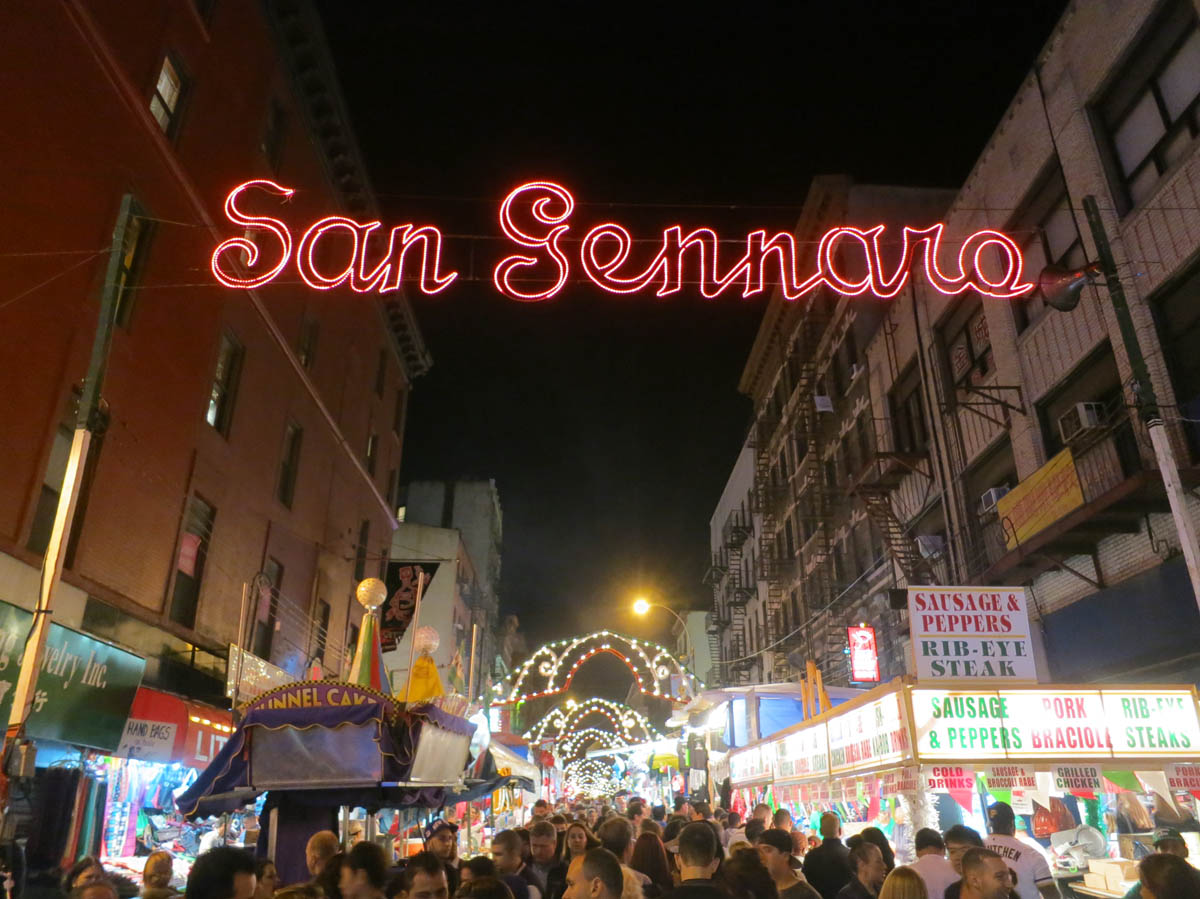 But I also had a bit of an epiphany this visit.   I did a bit of mental back-tracking to try to figure out when it was that I transitioned from such a “city lover” to a “nature lover.”  How did I evolve from thriving on the energy of the jungle that is Manhattan, to now seeking solace in real jungle, or rather at least a tree-lined path? 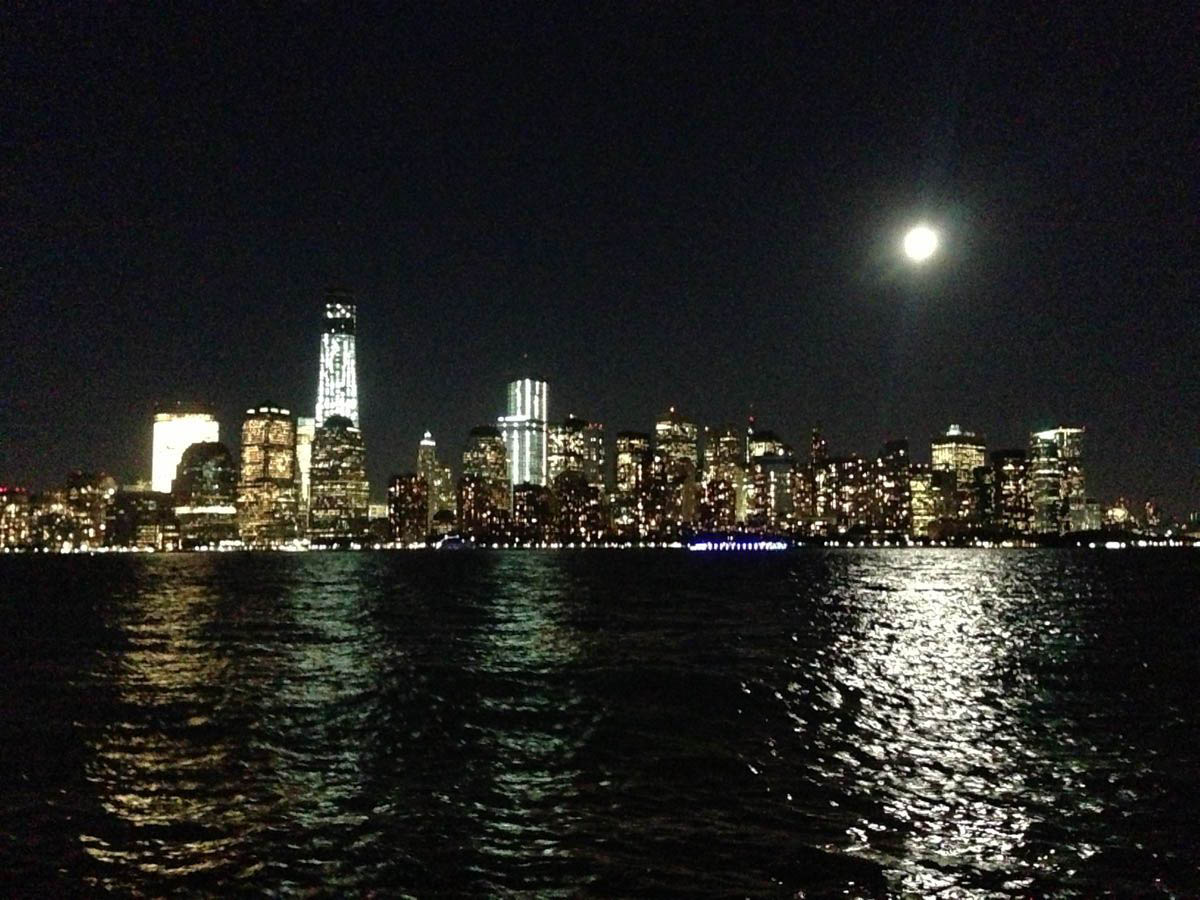 In thinking back over this metamorphosis, I realized it all began with the 9/11/2001 tragedy.  At the time of the attack, my office was on Wall Street.  It would be almost two months before we were allowed to return to the downtown area.  With our gym now converted to a first responder’s rest area, my friend Deb Marazza and I started looking for exercise in the form of an escape from the sights and smells of smoldering lower Manhattan.  Three days a week, we sought out new bike or hike trails, two “city girls” breaking in our new hiking boots in places like Jockey Hollow, Harriman State Park, and Bear Mountain State Park, which was my first experience on the Appalachian Trail.   It was during these two months of seeking solace in nature that “A Hiker was Born.”  One small defining moment among many during that time…and like the new skyline, there will be no turning back… 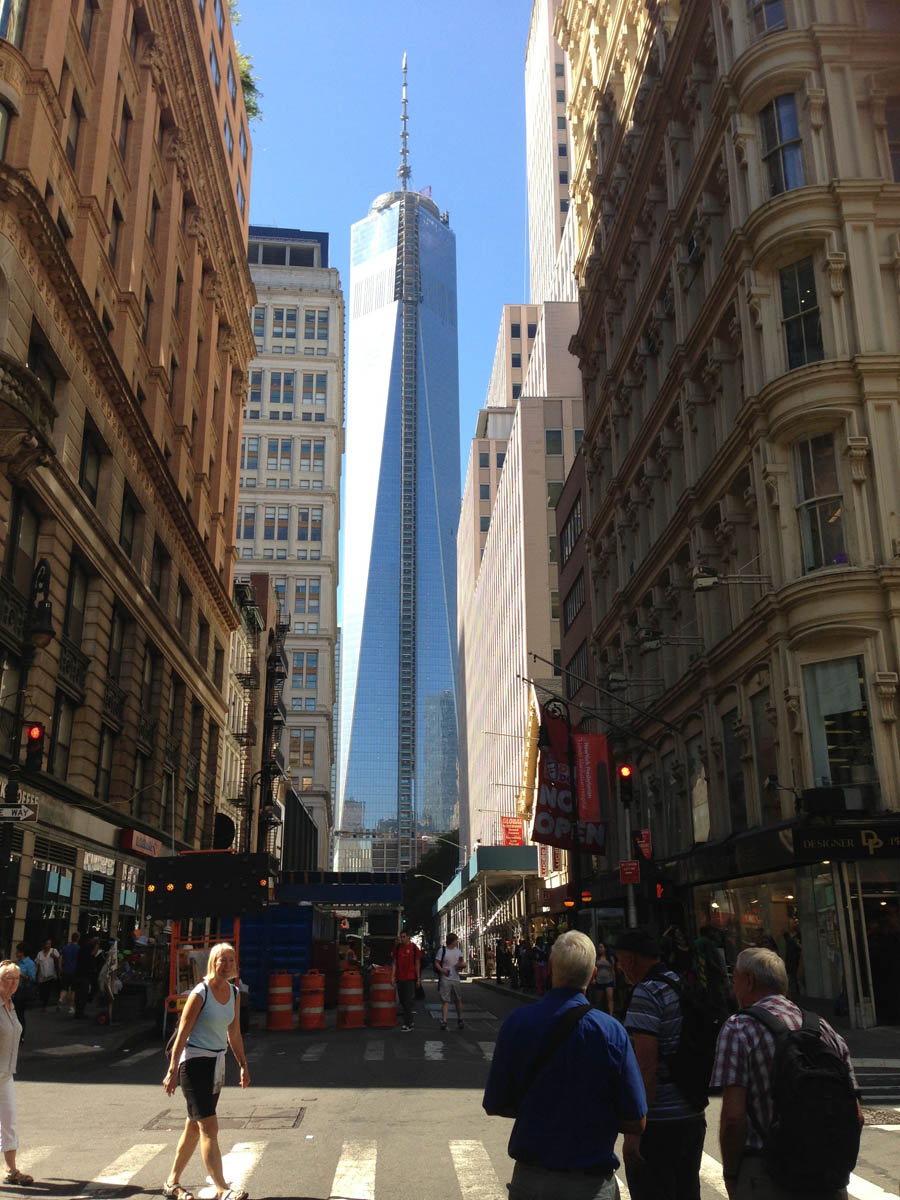 So for now, it is back into the woods for this reformed city lover!

5 thoughts on “One Long, Three Shorts”