I got a “bonus day” in Ithaca, due to my own stupidity.   I was all set to pack up on Saturday and head north, when I realized I had made my reservation for my next destination starting on Sunday.   At first, I just thought “No problem, I will find a Walmart along the way.”   But time had run out before I got to complete the list of things I wanted to see in Ithaca, so instead, I just paid for one more night in the beautiful Taughannock Falls State Park in order to see how many Ithaca sights I could cross off in a day.  After all, as the Cavafy “Ithaca,” poem goes, “As you set out on your journey to Ithaca, pray that your journey be a long one, filled with adventure, filled with discovery.”  I welcomed the extra day, as I had a long list!

I started out with a visit to the Ithaca Farmer’s Market, a 40 year old cooperative of over 150 local vendors, operating out of a large open-air pavilion right along the waterfront.  Several people recommended this as a “must see,” and when I arrived, I understood why.  Not your typical Farmer’s Market, but more like a weekend event.  There were food vendors, live music, and boat rides from the historic Steamboat Landing.   Great place to go for lunch while stocking up on lots of healthy offerings. 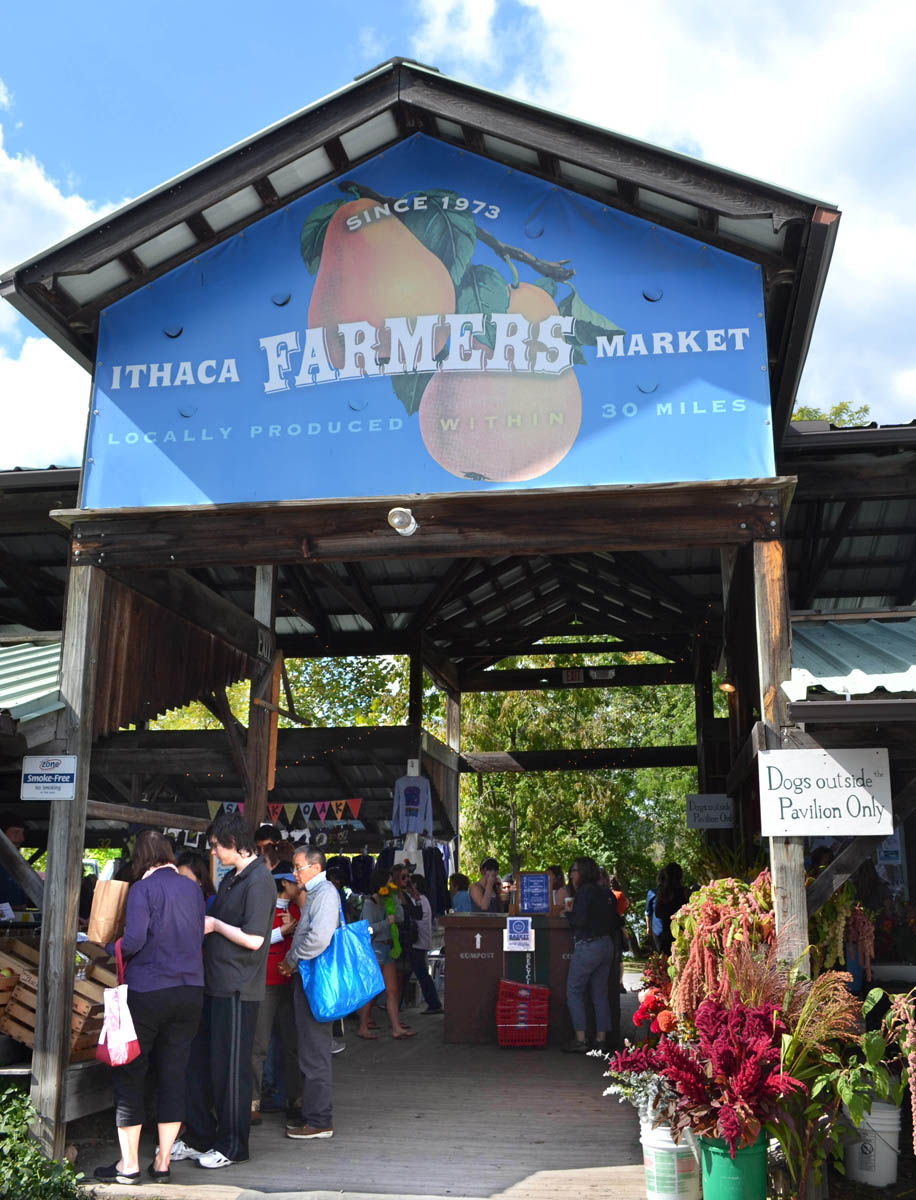 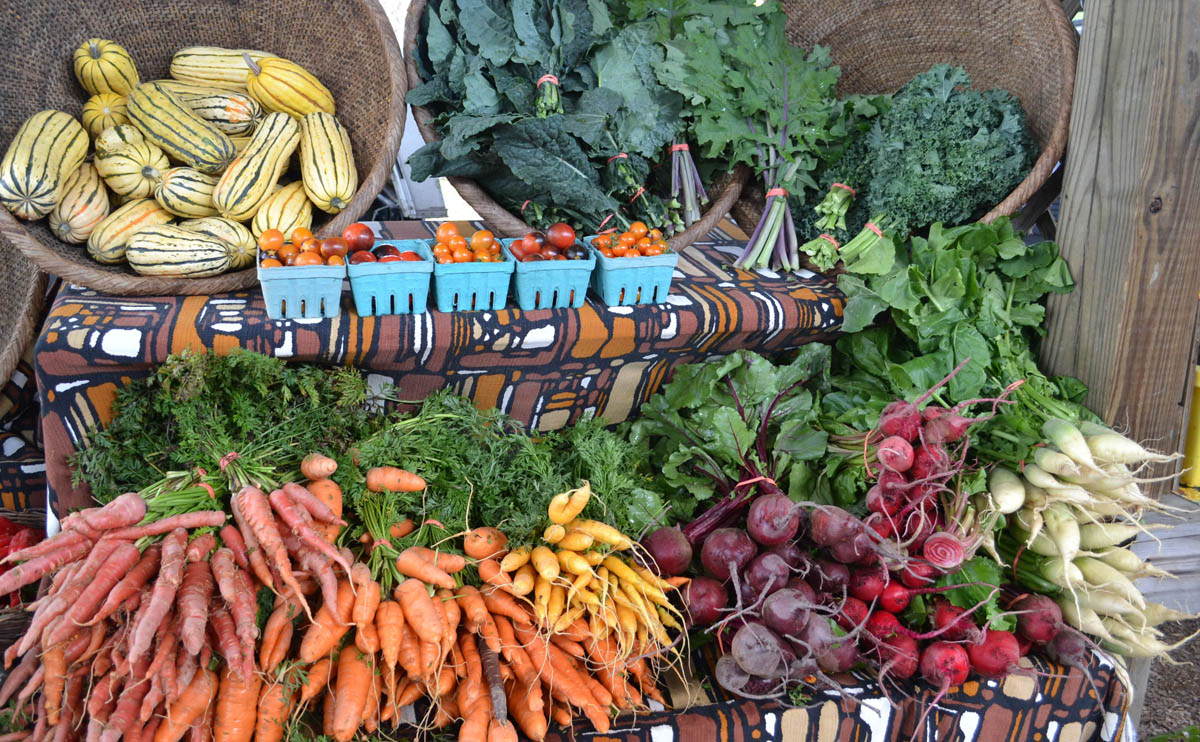 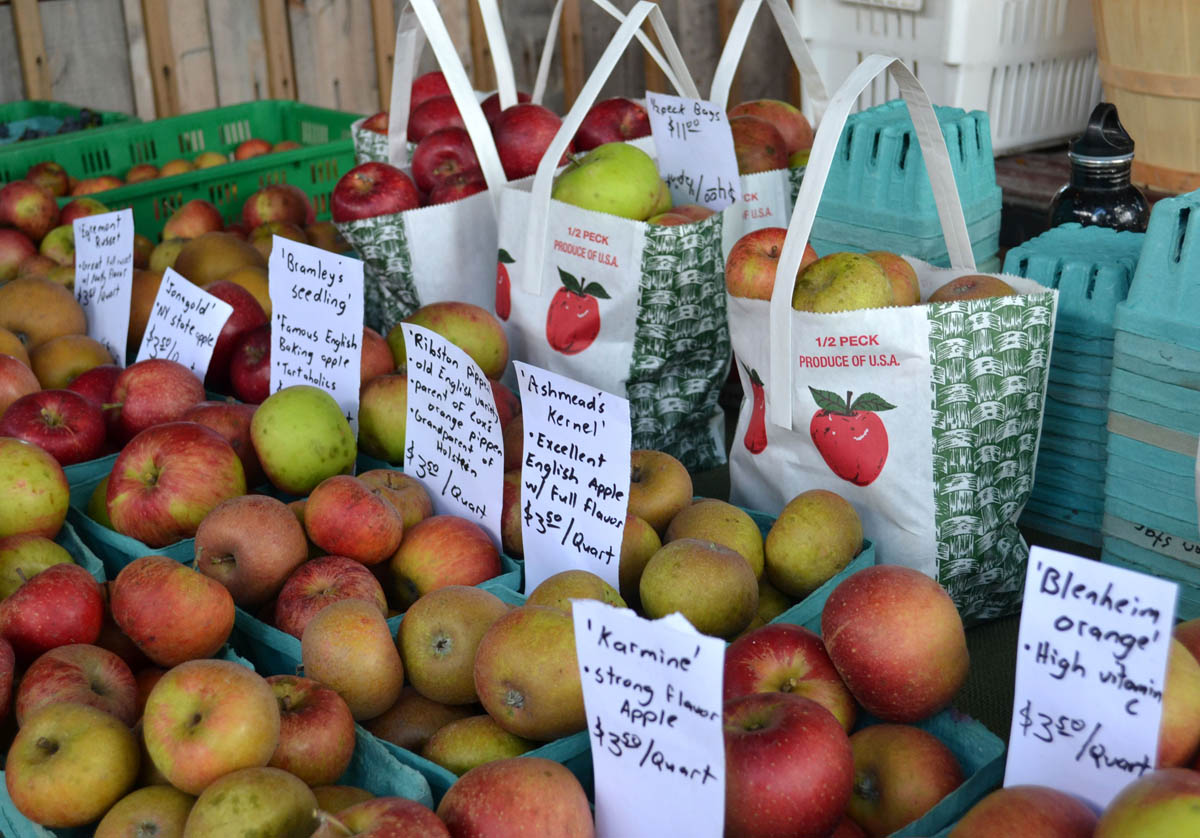 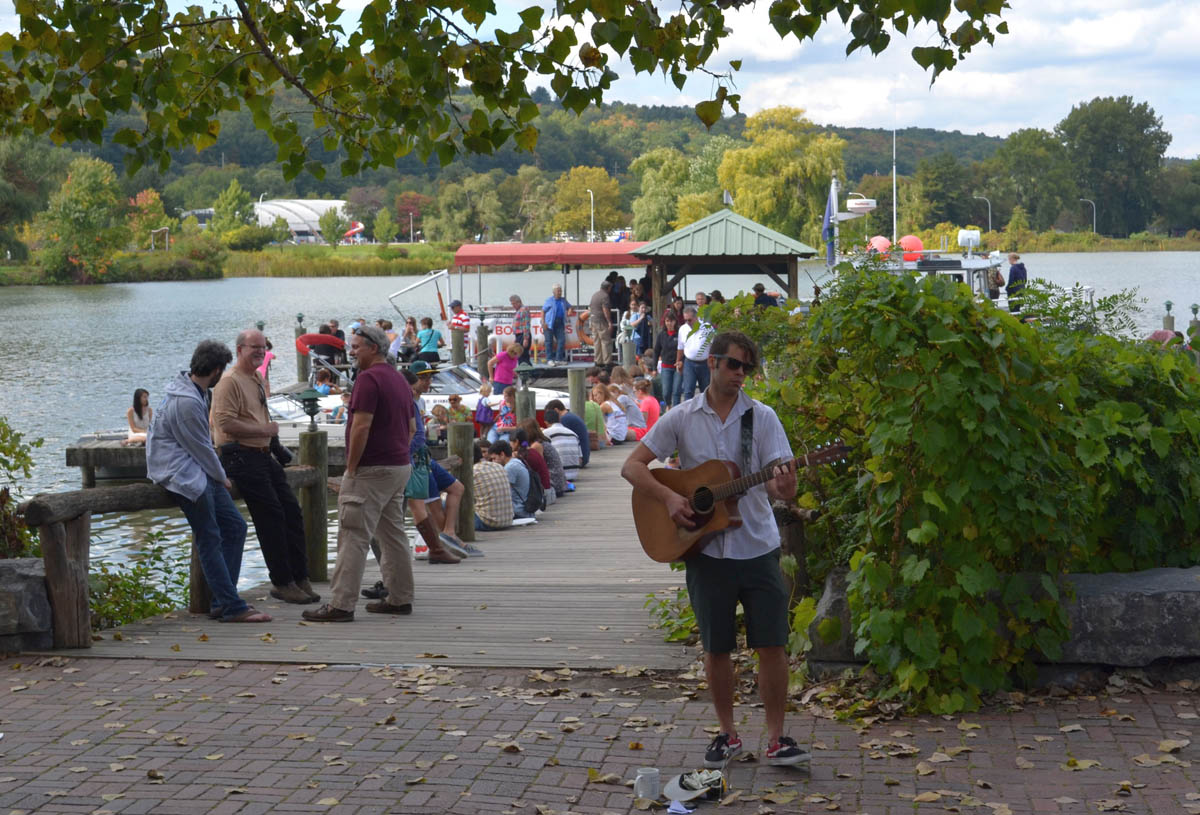 Unlike the Farmer’s Market who actually had apples, they were a rarity at the “Apple Harvest Festival.”  Go figure.  There was ample opportunity to undo all that healthy goodness with a sugar overdose on Funnel Cakes and Cotton Candy, and even some apple cider donuts.   But the “apples” were more of the  “Waffle House” variety;   covered in caramel, smothered in whipped cream, and scattered with nuts. 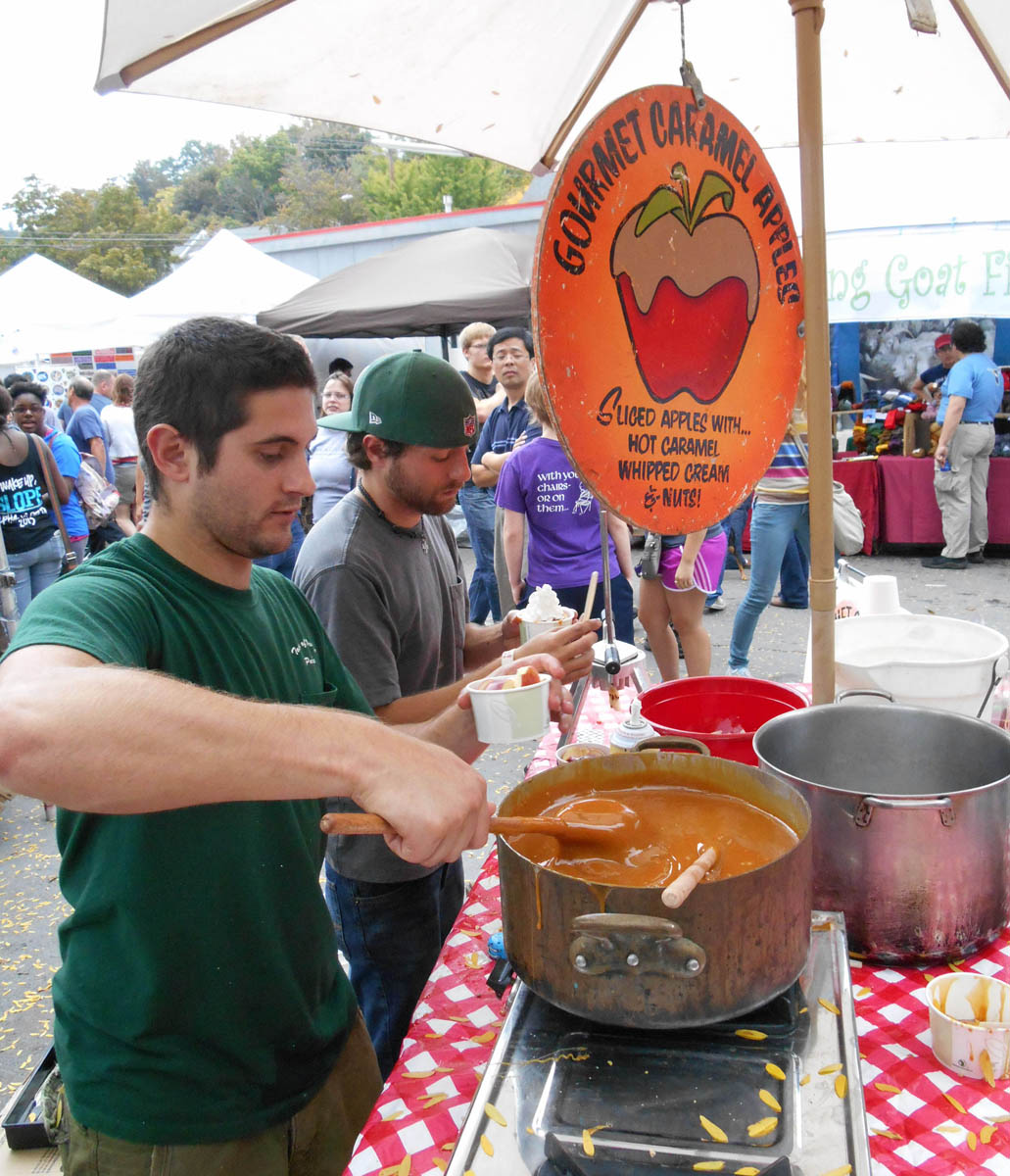 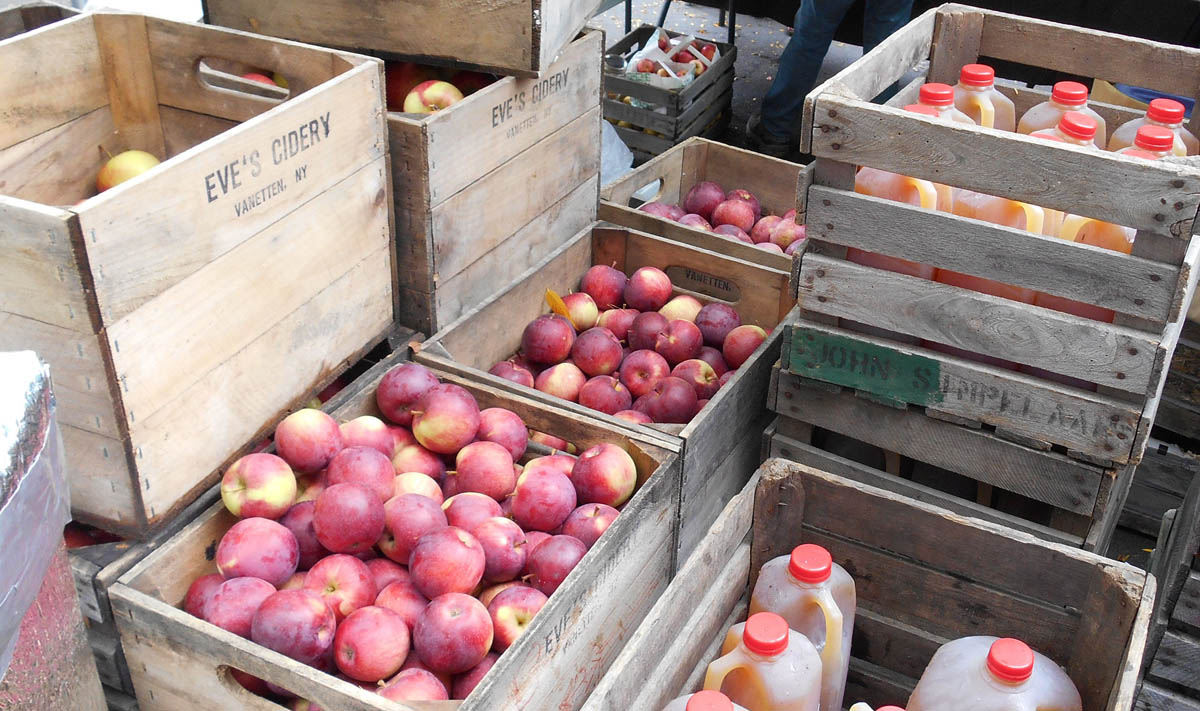 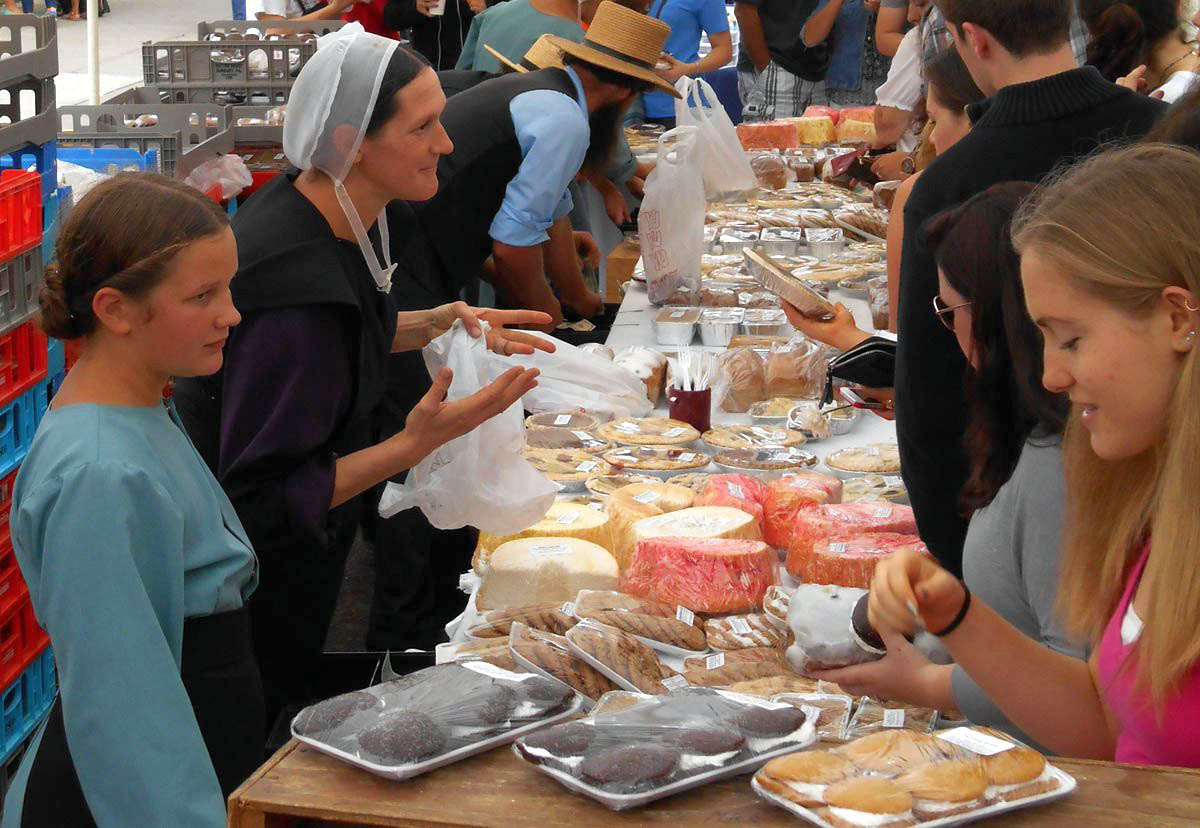 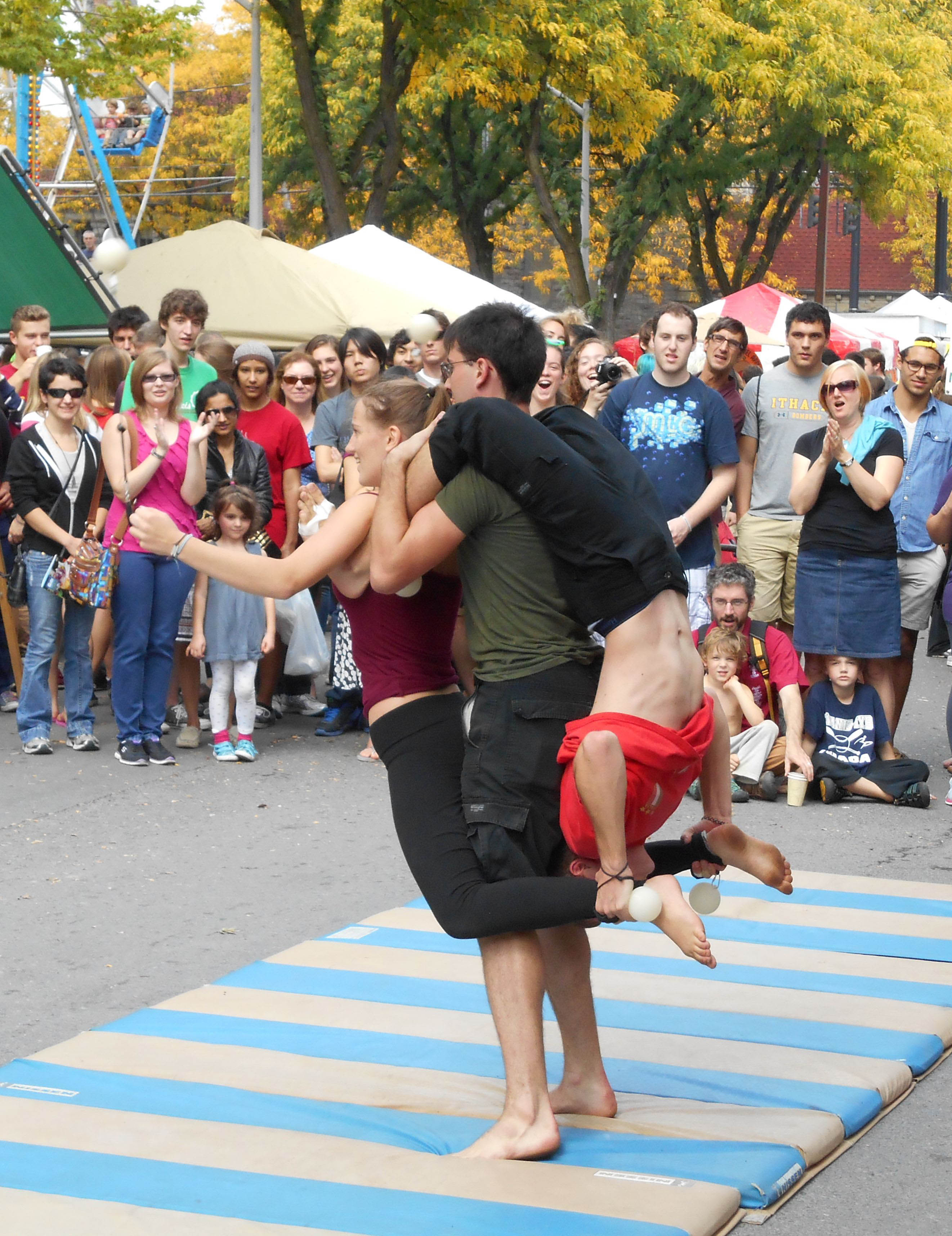 Hard to tell, but this woman was actually spinning two balls in the air while serving as a human puzzle.

I was told by many sources that no visit to Ithaca is complete without a visit to the Ithaca Beer Company, and no self-respecting Budweiser-hater should miss the one hour tour of the brewery.  Problem is, after tasting a few “flights” for which they are famous, I can’t remember what I learned.   Something about ales being brewed at colder temps than lagers, and hops being a higher ratio than malt.   In the end, I learned all I need to know.  Beer goes good with beer. 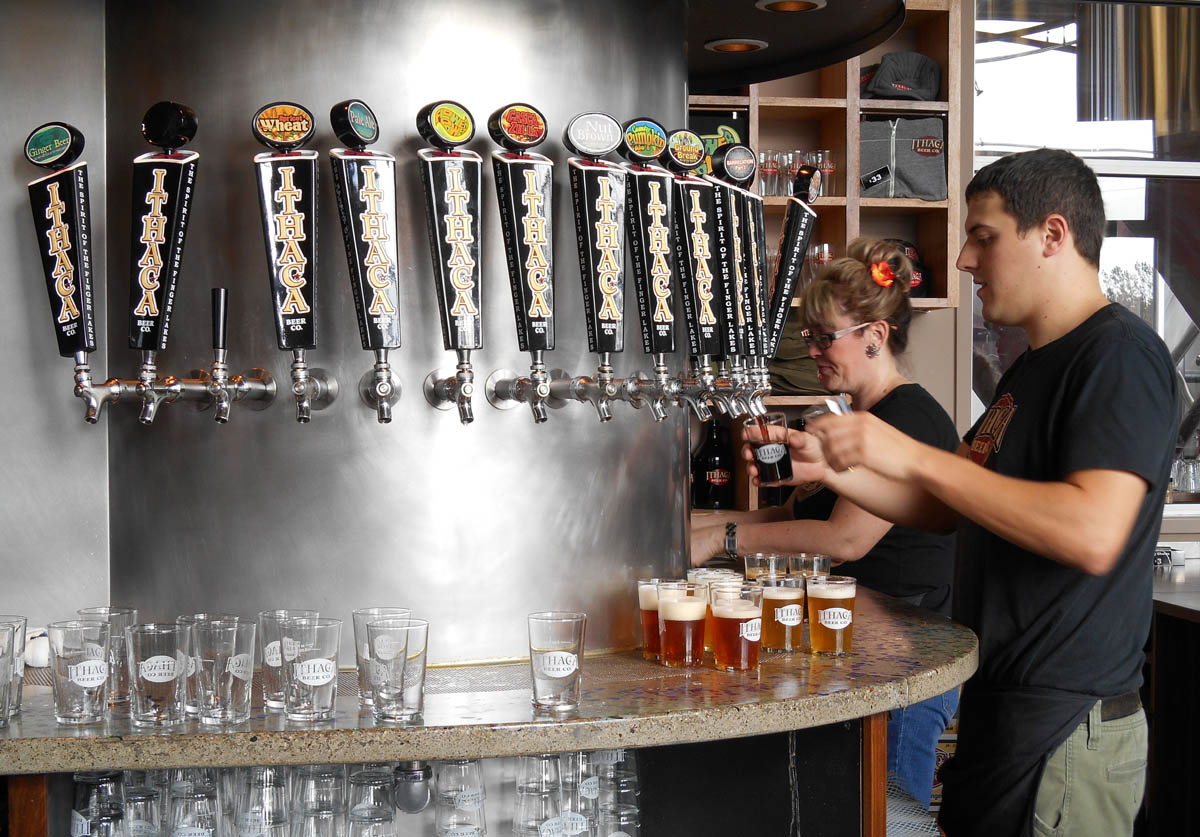 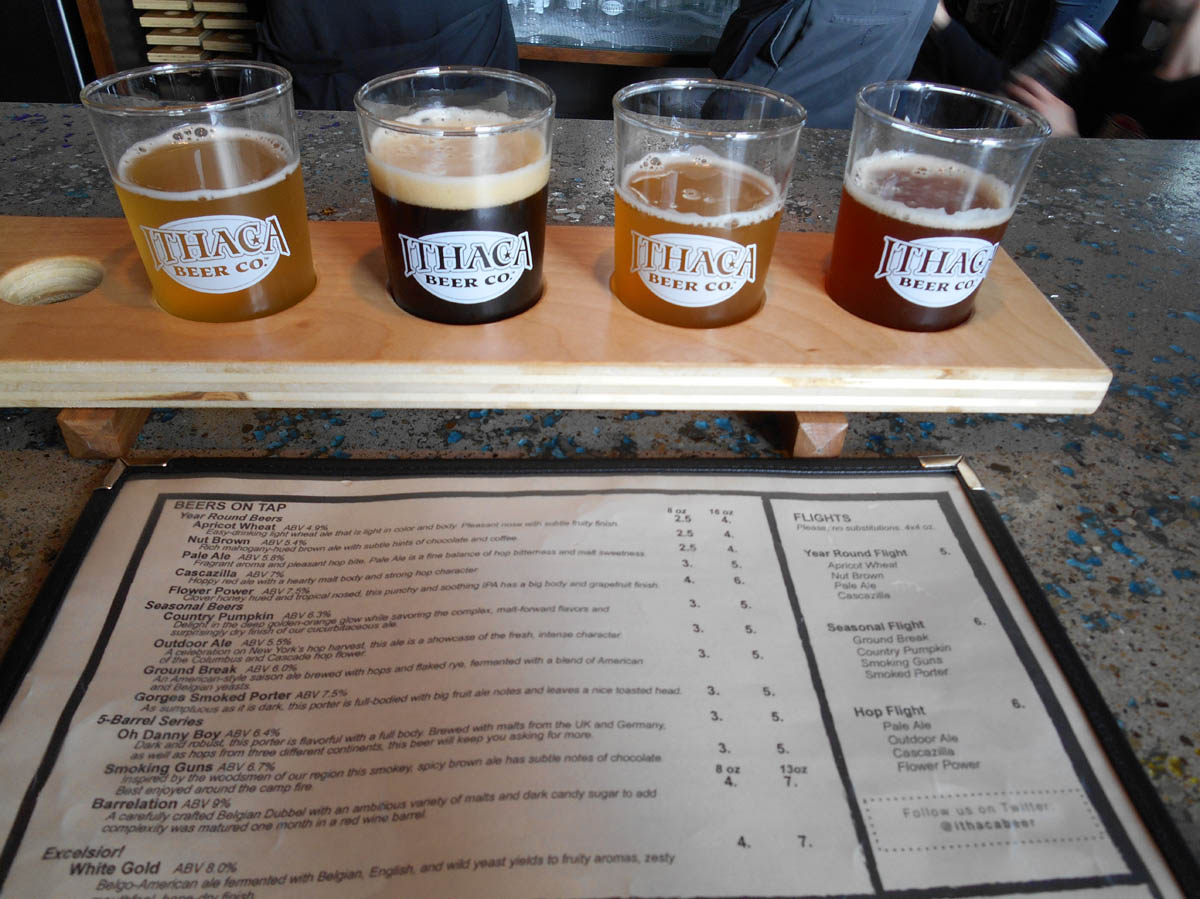 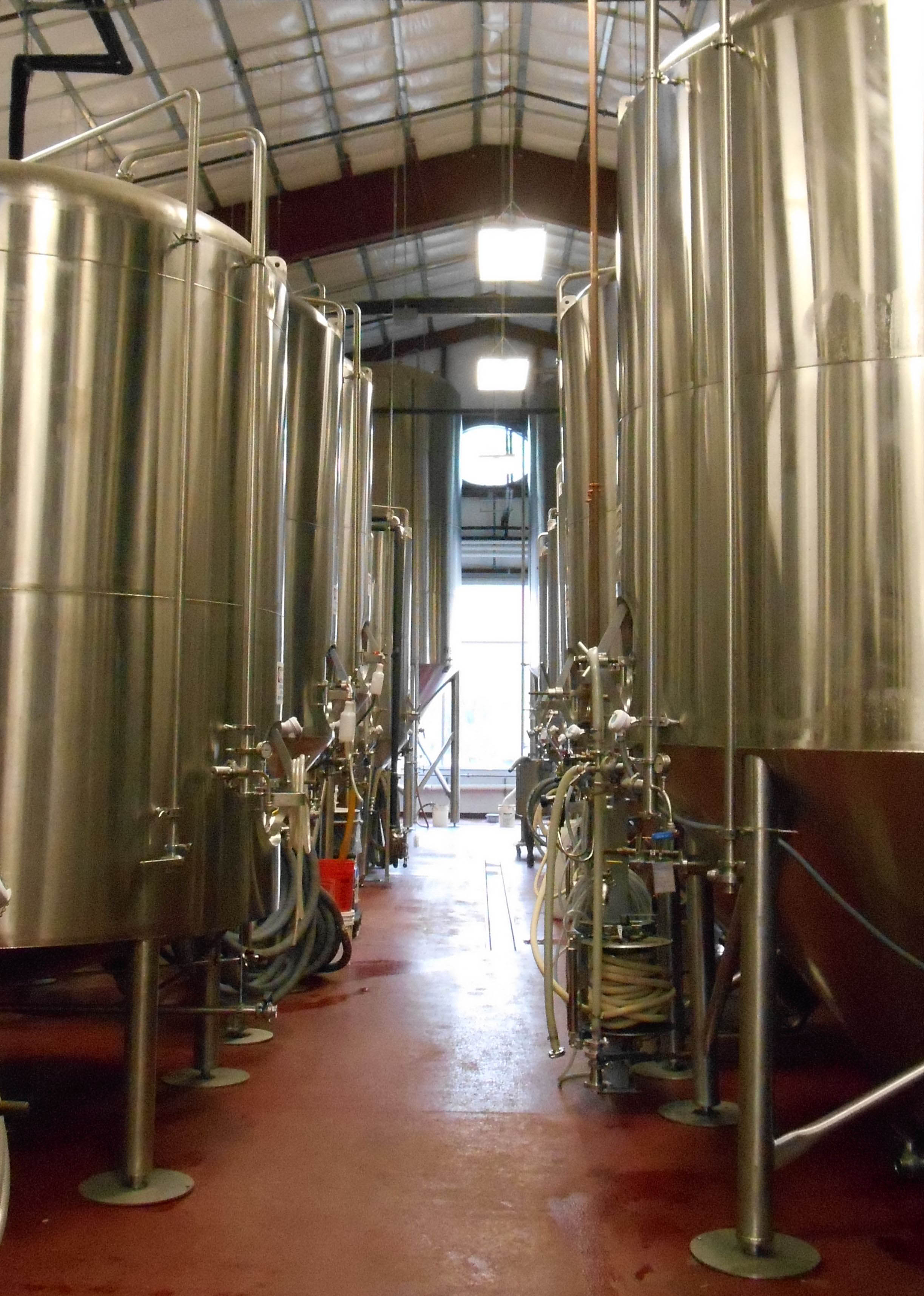 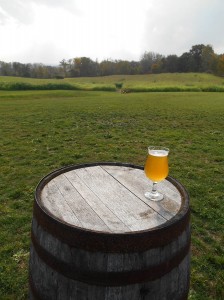 Ithaca tends to be a little “crunchy,” as many college towns can be.   So it came as no surprise that of the three places recommended as “must see,” one was a brewery, and the other was a Farmer’s Market.   However, I found it a bit surprising that the third was a VEGETARIAN restaurant.    As a “cow man’s daughter,” as my vegan friend Lynne calls me, I grew up with a freezer the size of a Volkswagen minibus, full of frozen MEAT!  So as I sat there waiting for 35 minutes for a table at the famous Moosewood Restaurant, I sent Lynne an email saying “If there is no meat, then what’s the point of waiting?   All I can think of is a big, thick, juicy steak!”   But I tried to keep an open mind.   After all, it had taken me 20 minutes to find a parking place, with the Apple Festival going on.

I had the “Red, White, and Green Lasagna.”  I had to admit, it was delicious!   Even if it was missing something … 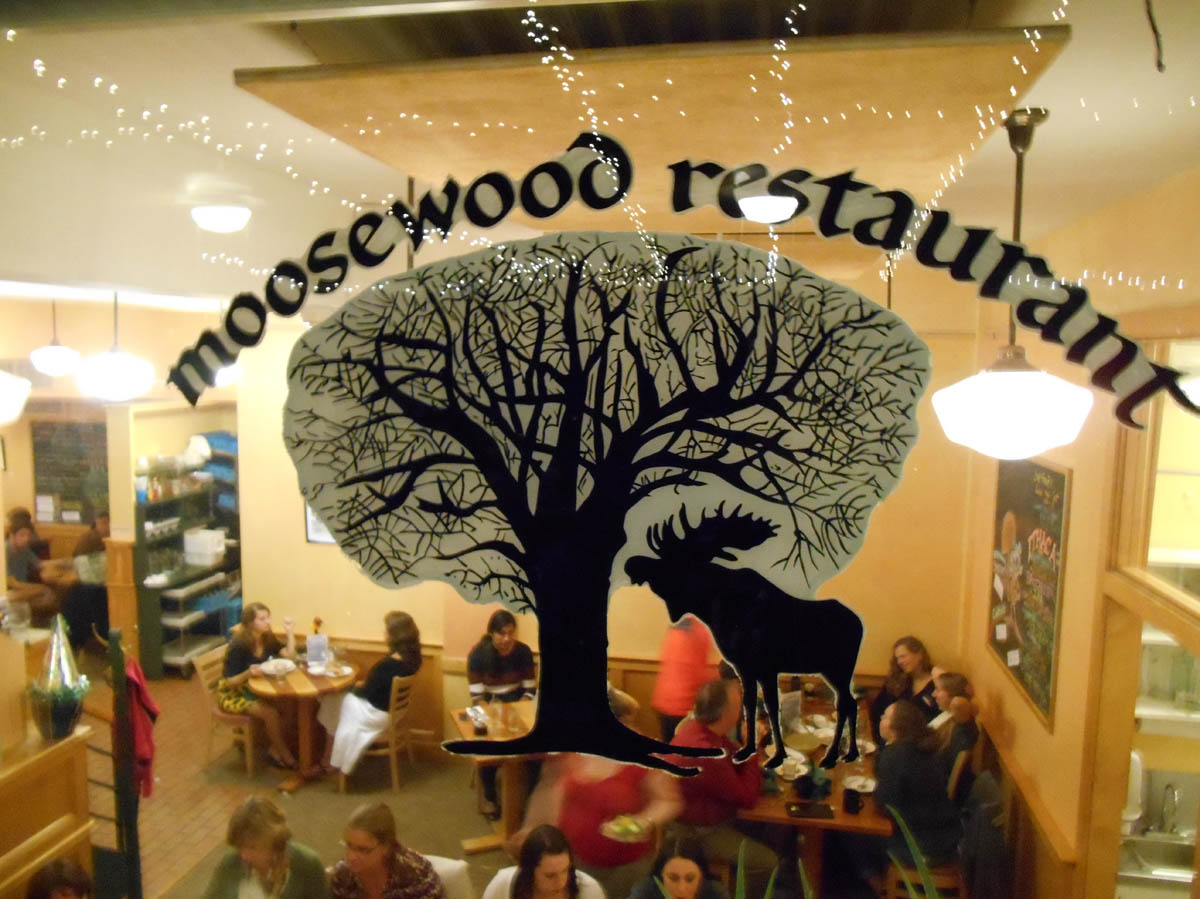 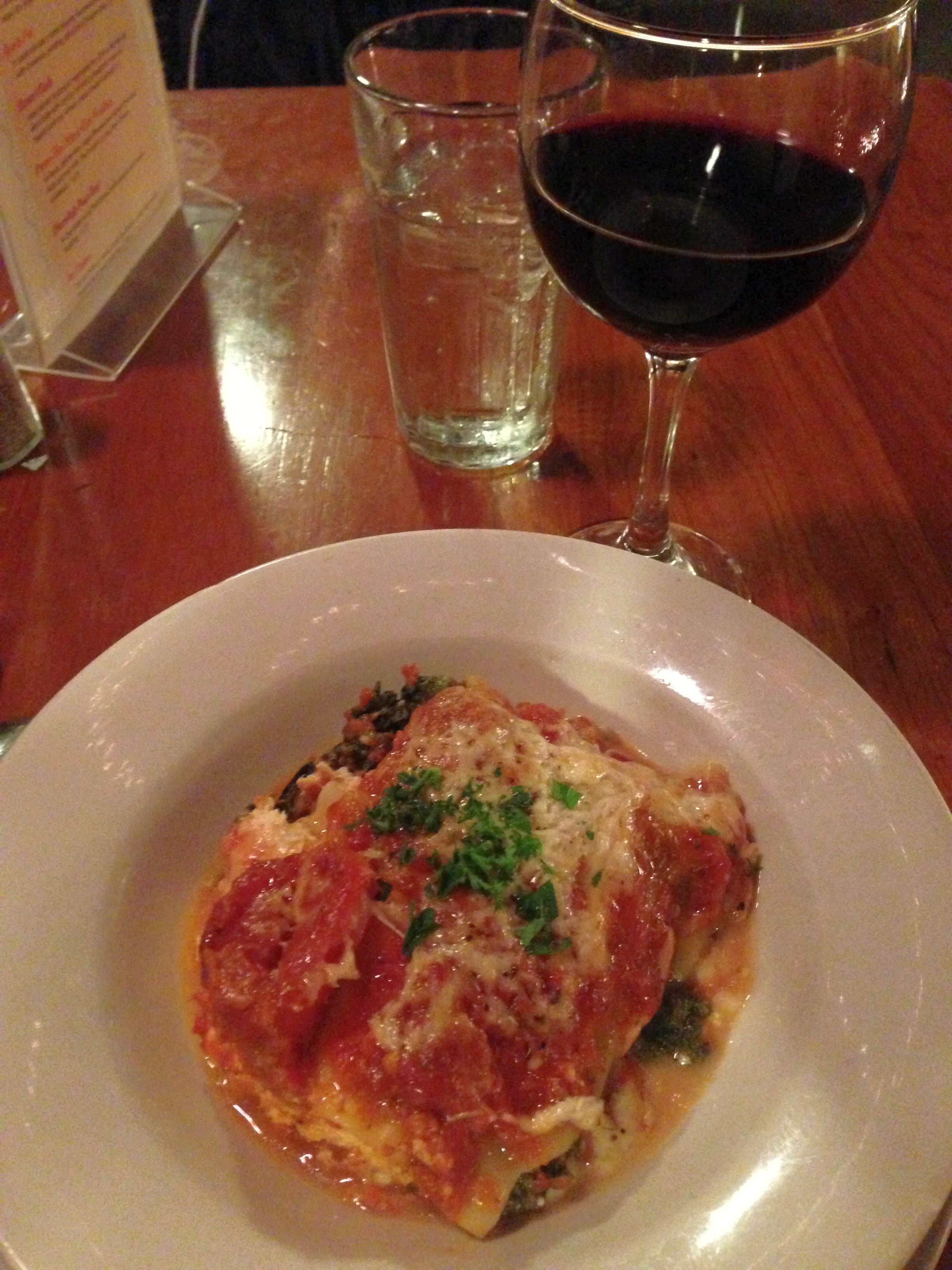 2 thoughts on “Journey to Ithaca”