Southern Arizona didn’t have a winter. I can vouch that it got off track and landed over in Central Texas instead! The windfall that I am now enjoying after scraping icicles off my overhead and keeping vigil over my freezing plumbing for three months?  The desert is in bloom early! 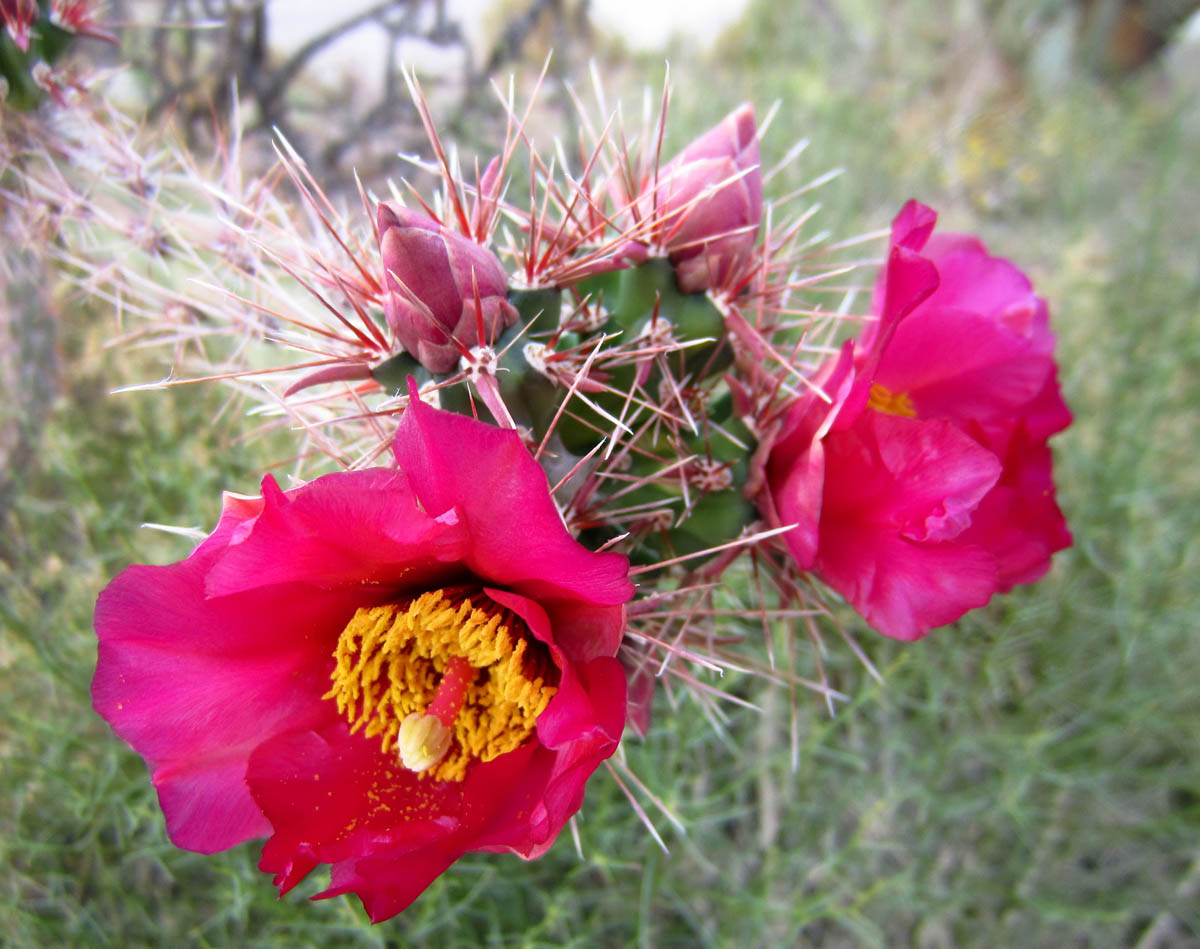 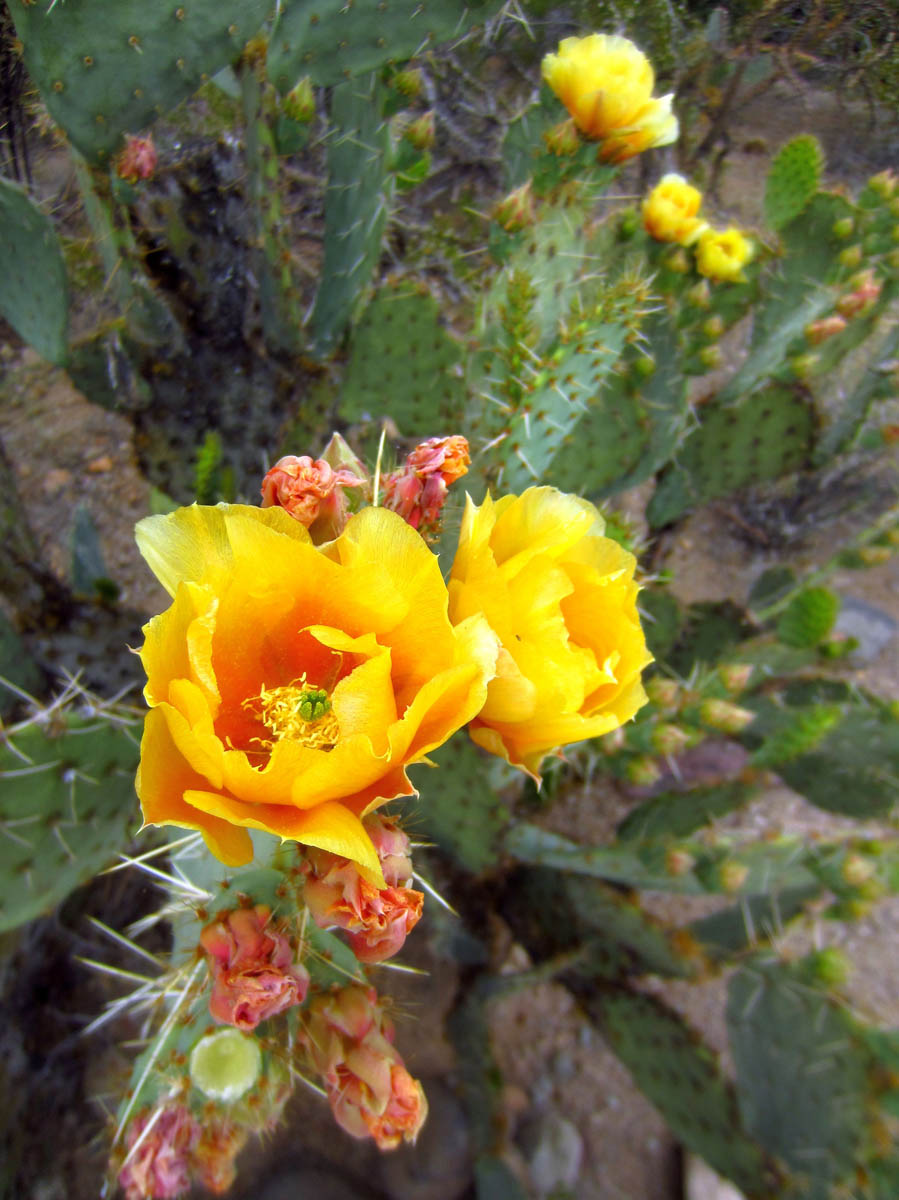 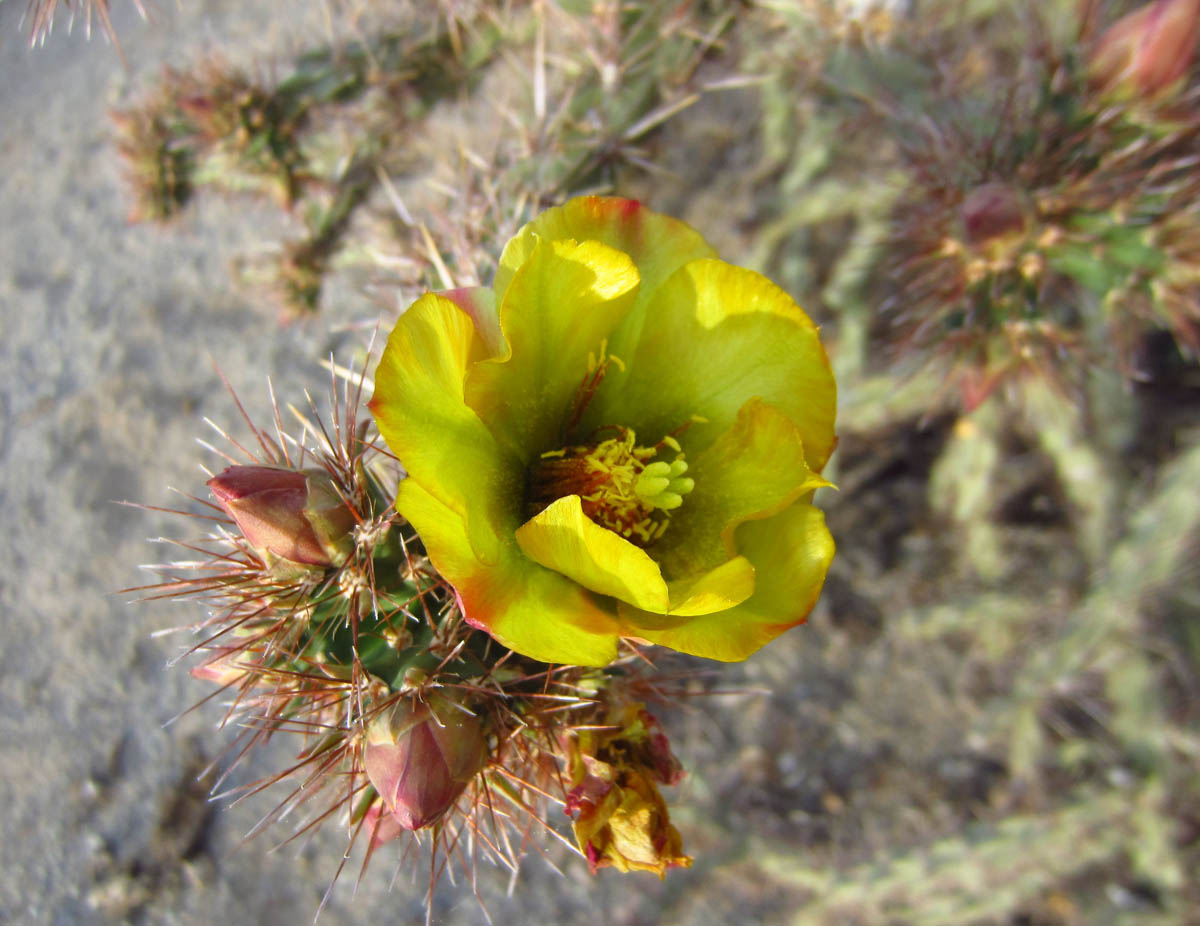 I am told desert cactus don’t typically bloom until later in the spring, especially the Saguaro, who’s illusive blooms don’t show up until late in April. The beautiful white blooms begin opening during the late evening, and only stay on the cactus for less than 24 hours.  So I feel very fortunate in my timing… 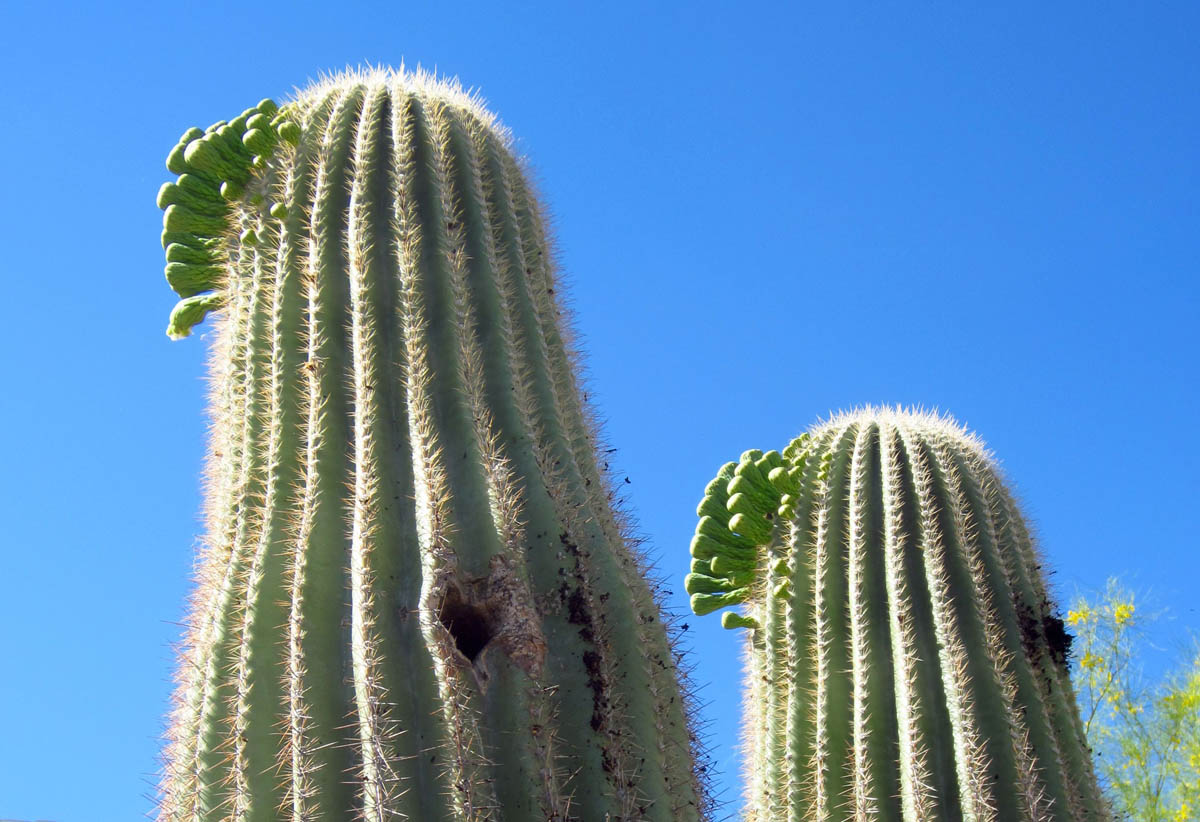 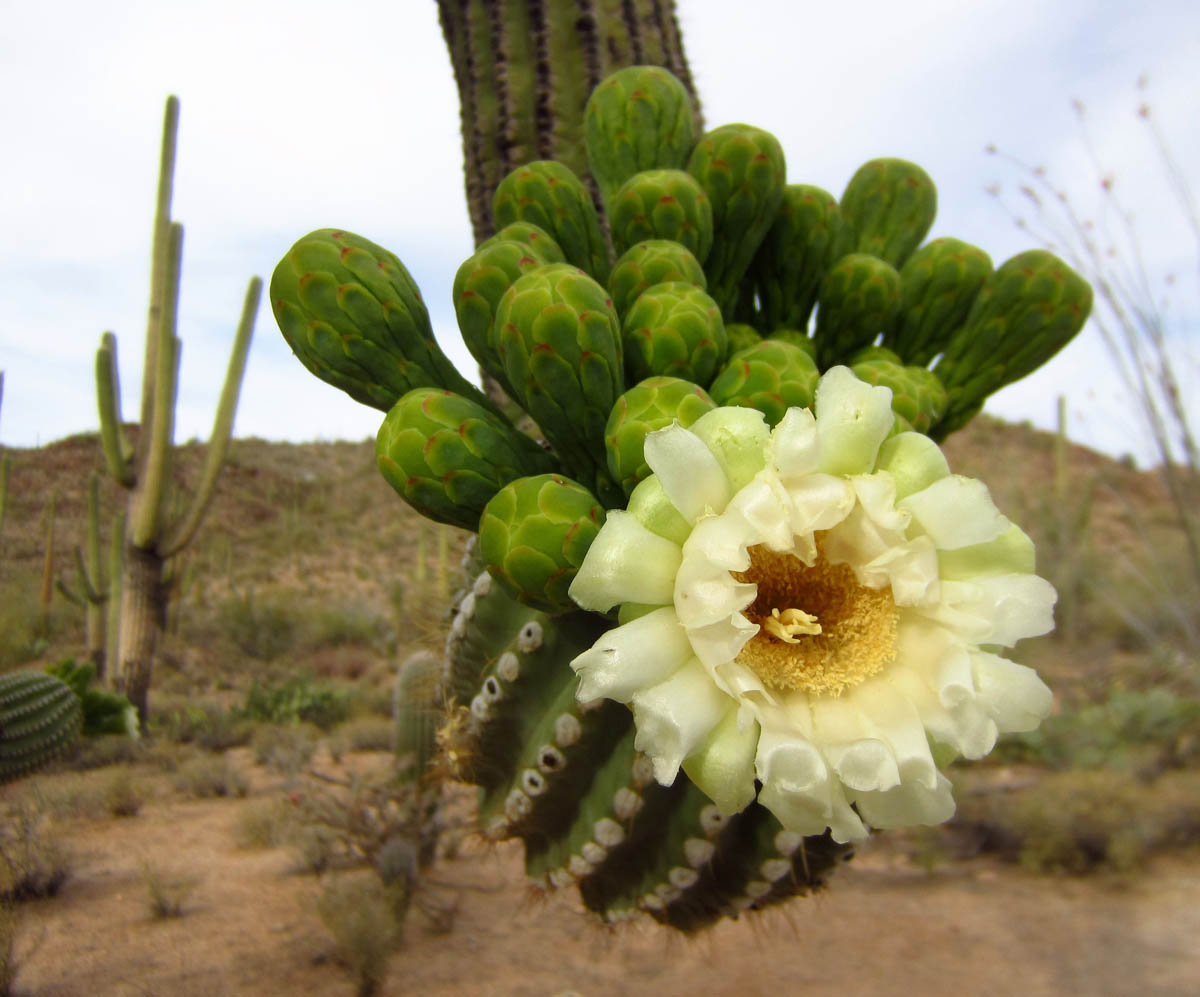 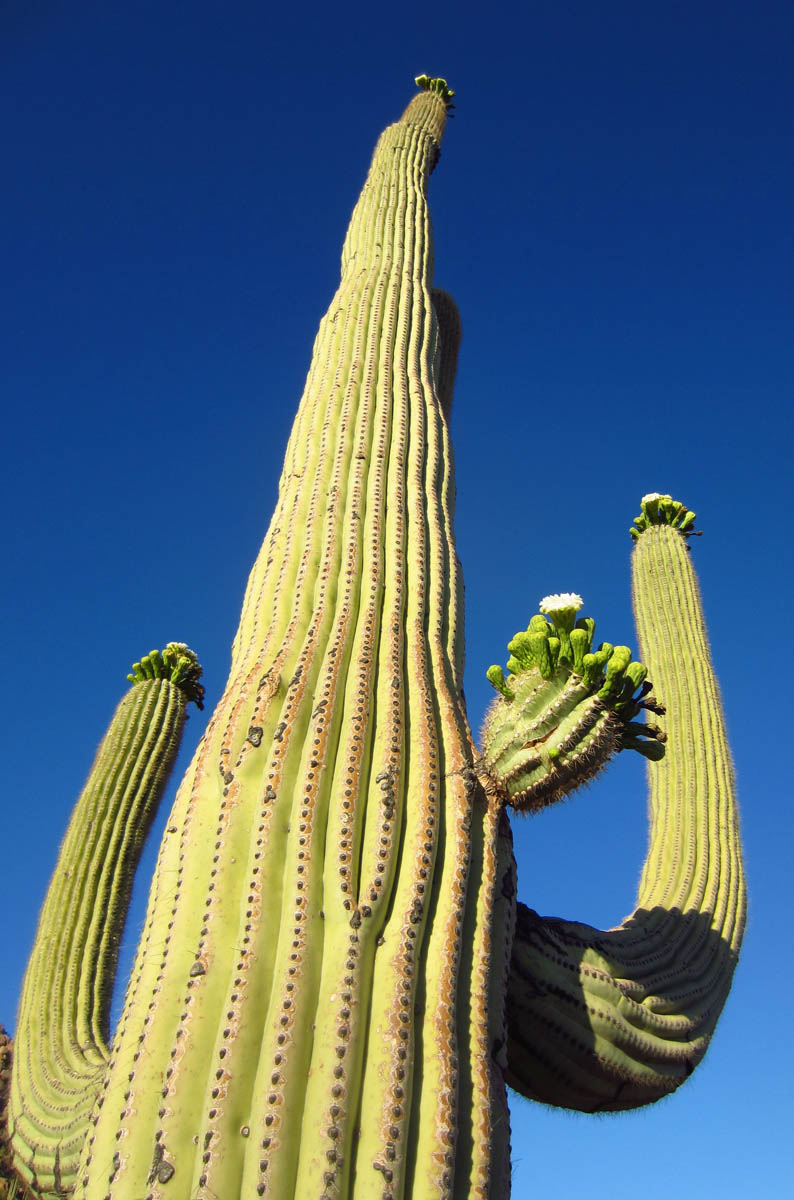 This year with the lack of winter in Southern Arizona, I somehow managed to arrive during that short window between soaring temperatures and buds popping out in all varieties.  I thought the desert would be boring, but instead it’s looking more like an unexpected visit to the botanical garden. 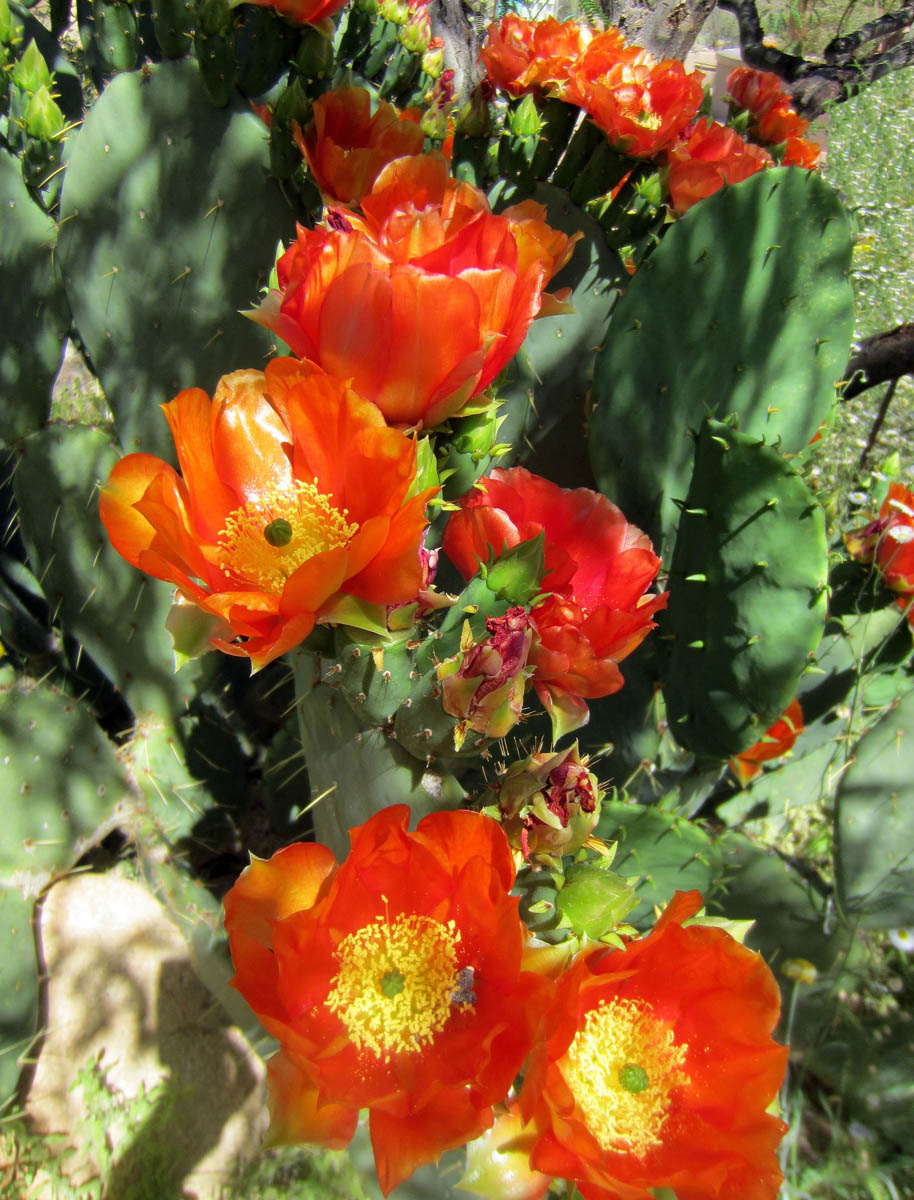 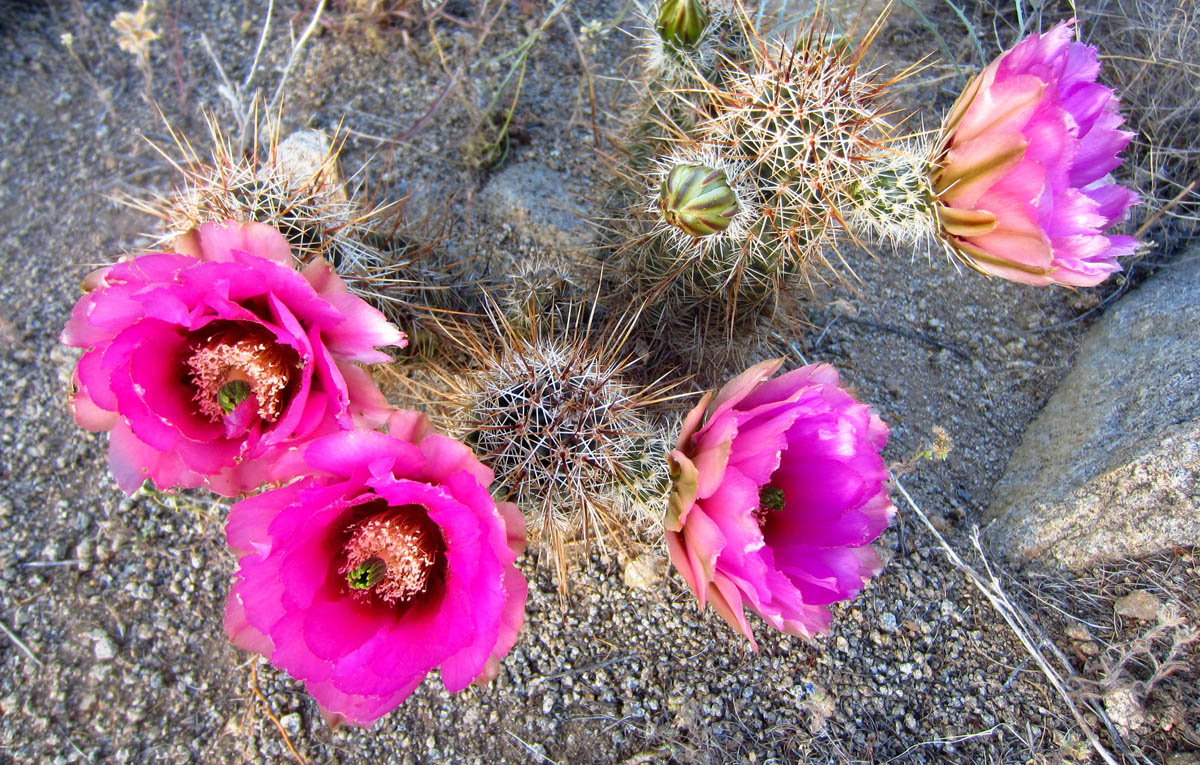 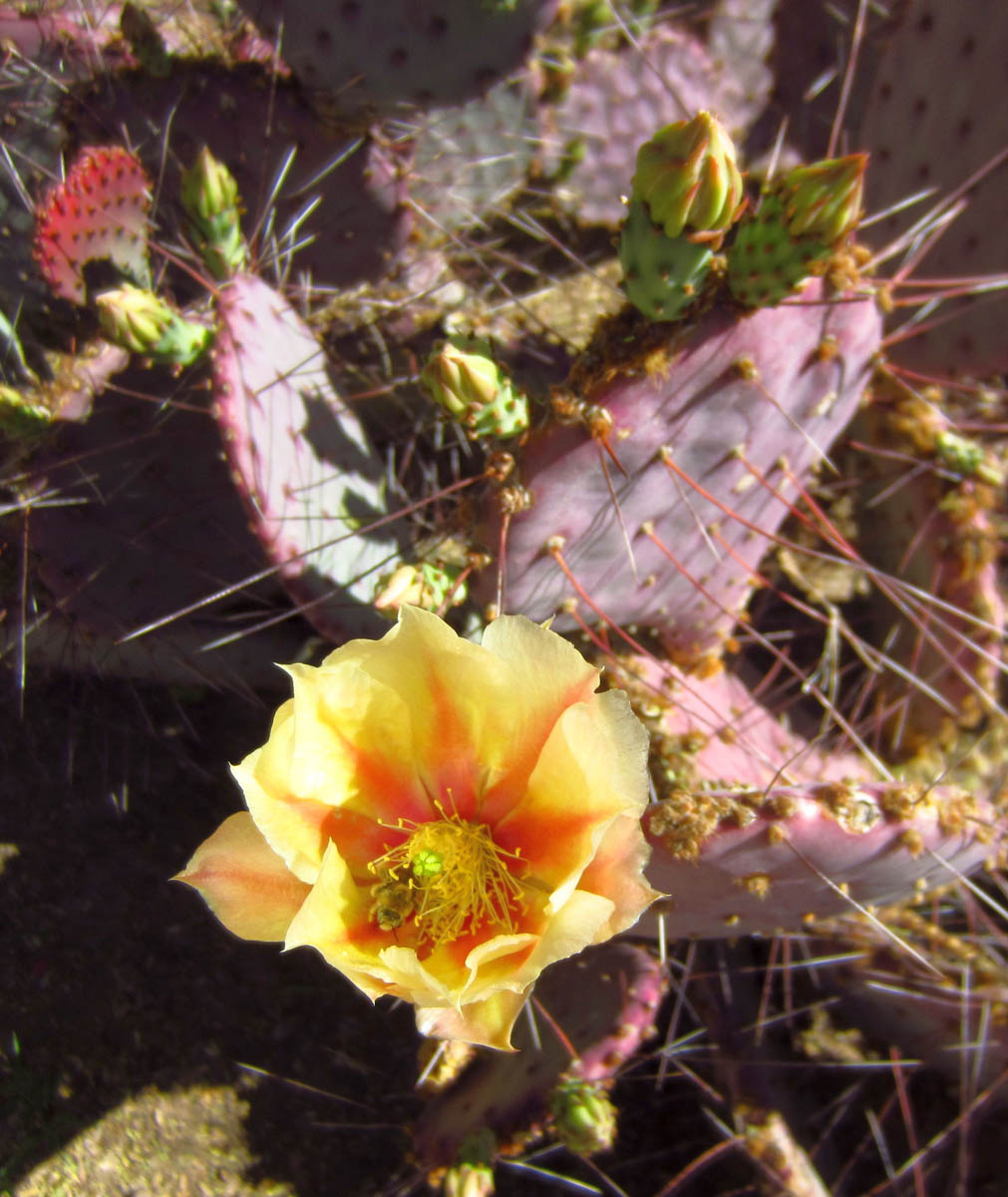 I took three ranger-guided hikes while I was in Saguaro National Park. I don’t typically like hiking with a group, but these three hikes are reoccurring monthly events held during the three nights leading up to the full moon. They all leave in late evening, hike to some saddle or ridge to watch the sunset, and then return through the desert by the light of the moon. 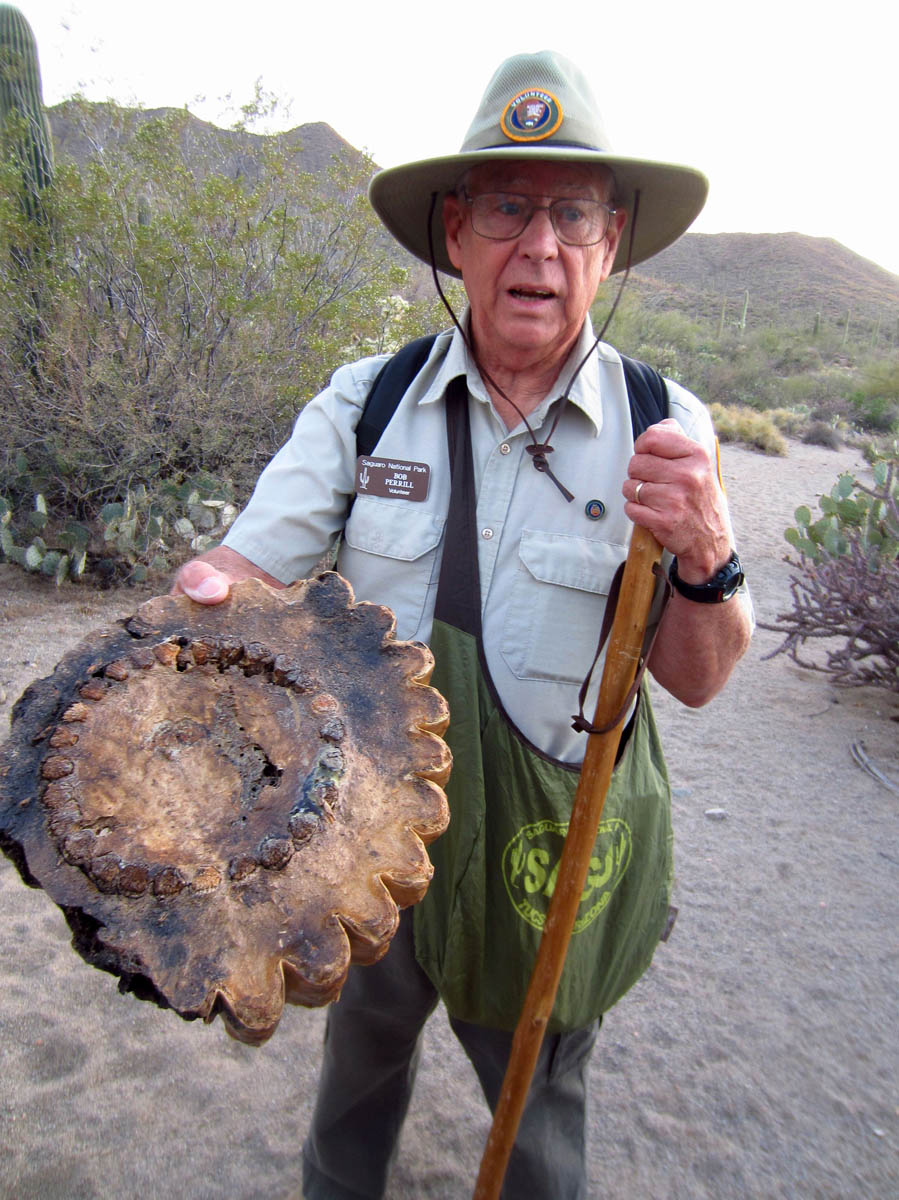 Bob, a local Naturalist Volunteer comes along with us on the hike. Here, he shows a cross-section of a saguaro. 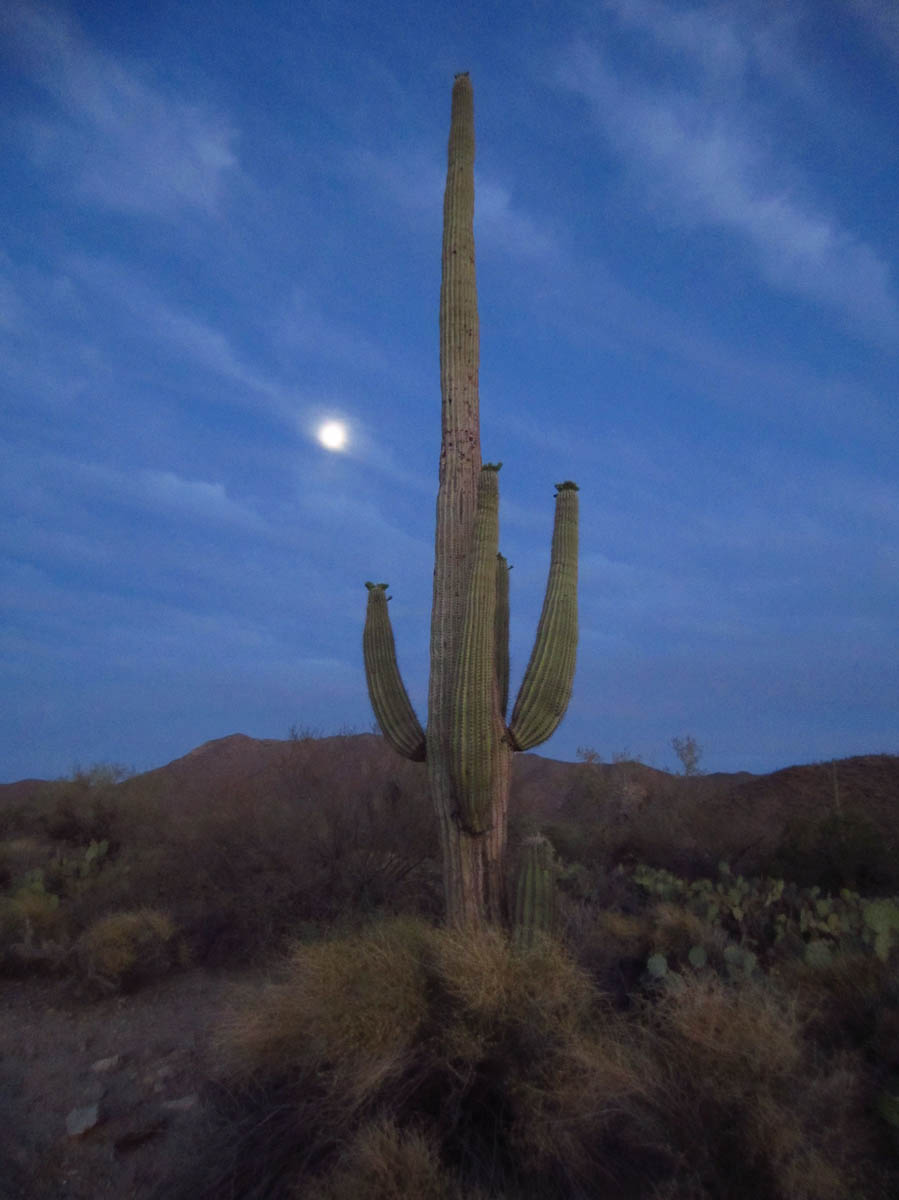 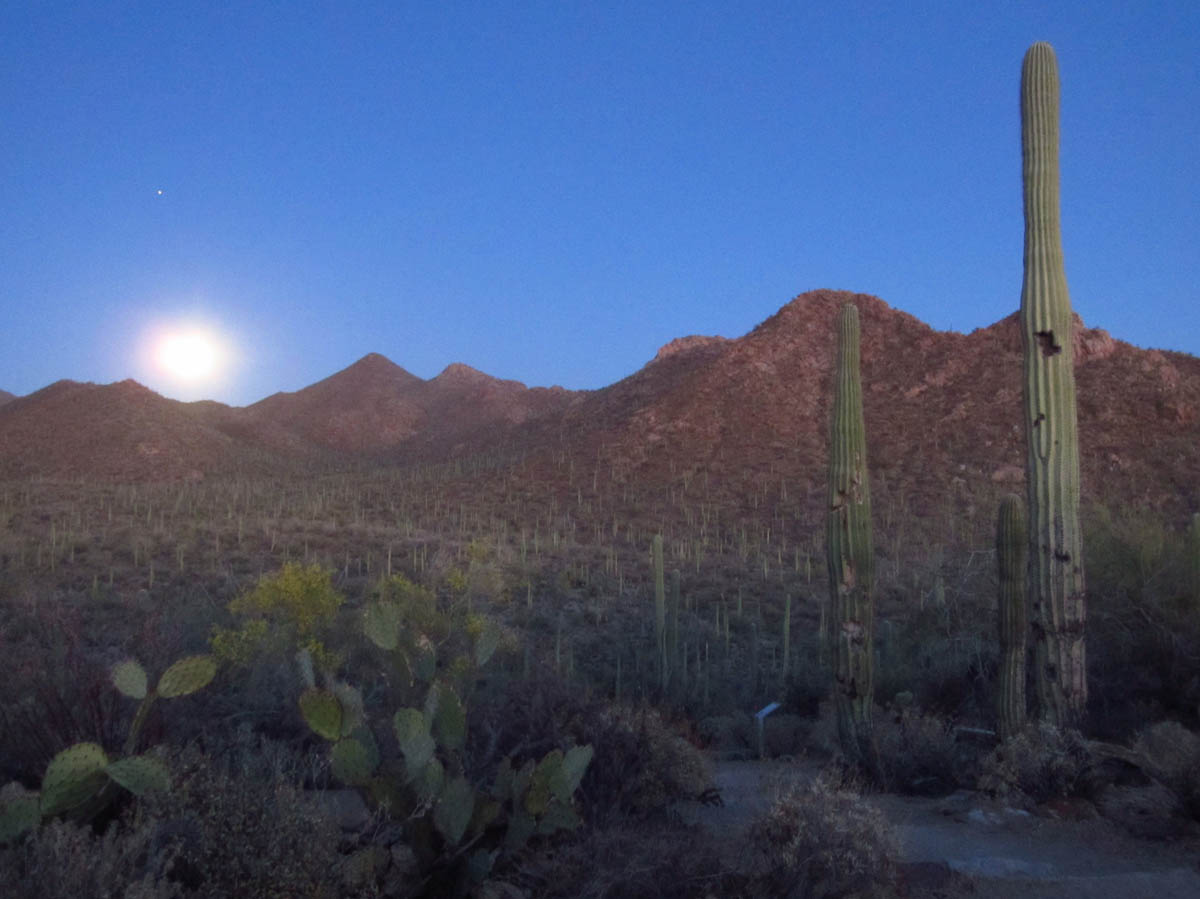 I would never have the nerve to hike an unfamiliar trail after dark, so these hikes afforded me the opportunity to be in the middle of the desert in full flooded moonlight. And being the end of season, they were relatively uncrowded. 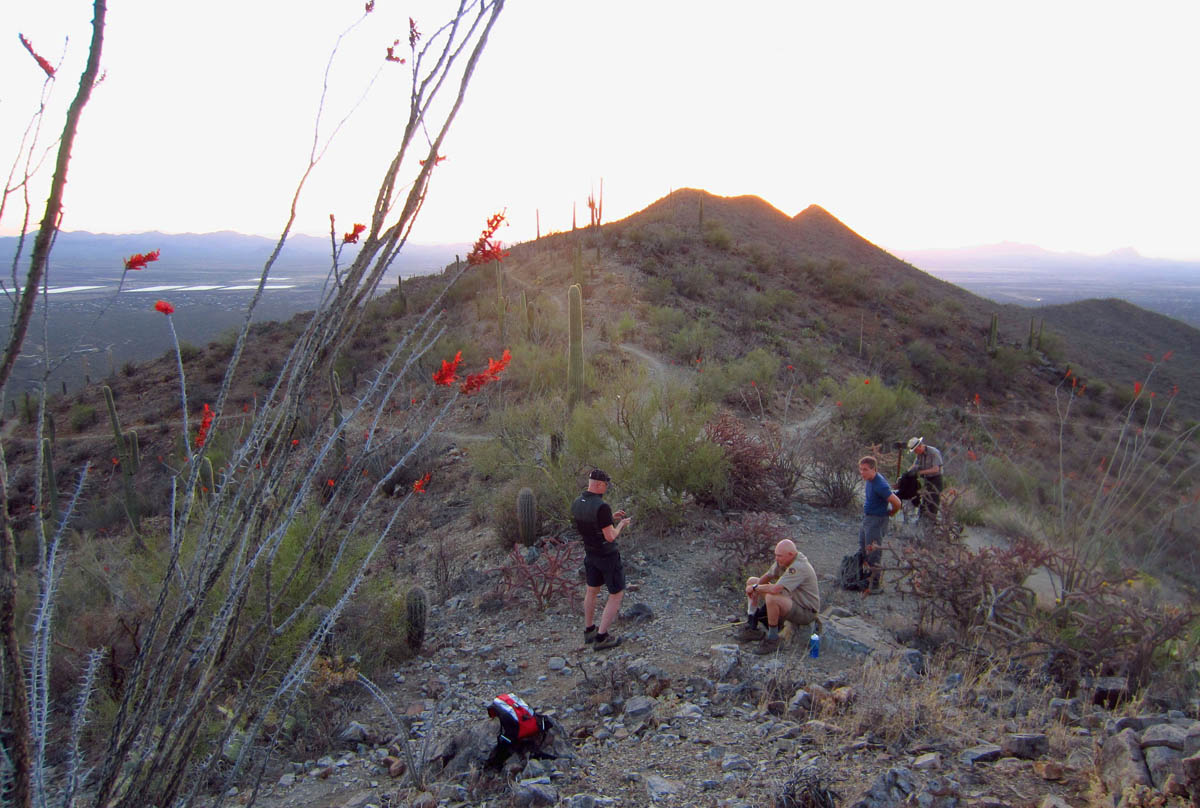 Waiting for sunset from the saddle with the hiking group. 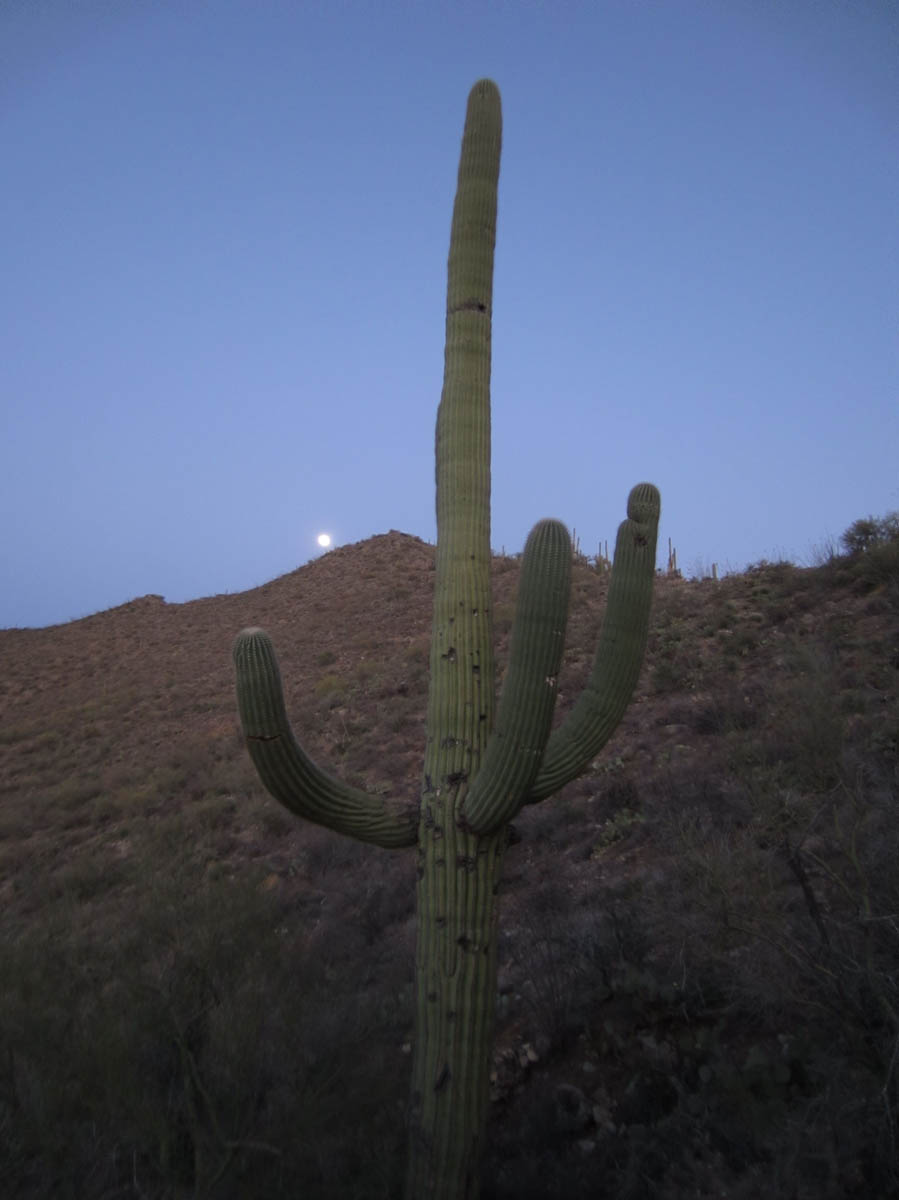 These were “no flashlight required” hikes, as part of the mystique was the moon shadows cast by the giant saguaro. Another magical experience, and a rare treat and utter delight for this solo hiker, otherwise too chicken to hike on anything bigger than the paved “Interpretive Trail” after dark! 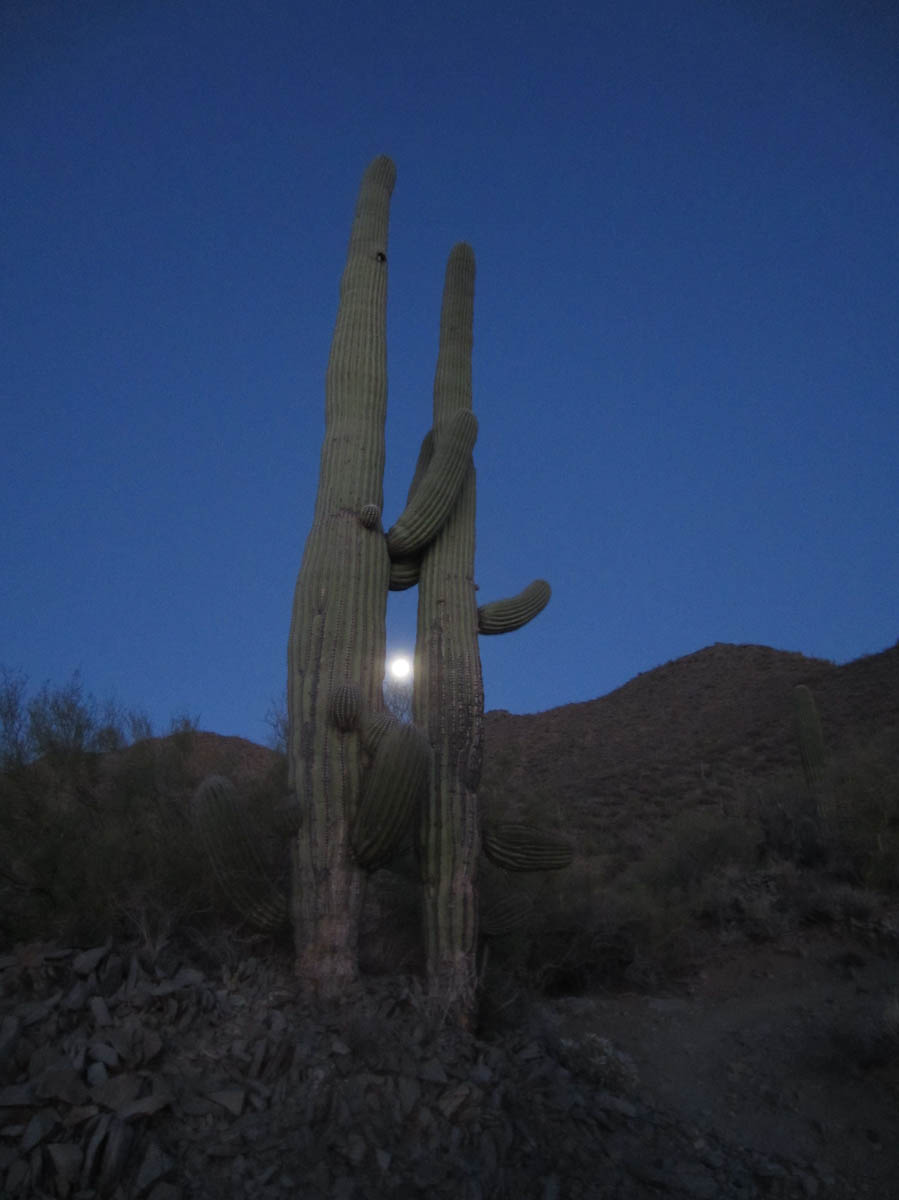 “I fear something has come between us.”

How fortuitous that the “Blood Moon” would also appear while I was camped in the desert. I sat out in my camp chair under a blanket and watched the entire eclipse, though most of the time was spent futzing with three different cameras trying to get a shot. I had two P&S cameras, a Nikon SLR, and a teeny tripod, and I couldn’t get any of the three to cooperate. So I just had to sit back with a glass of red and watch the show…..and a “Bloody Good Show” it was, too. 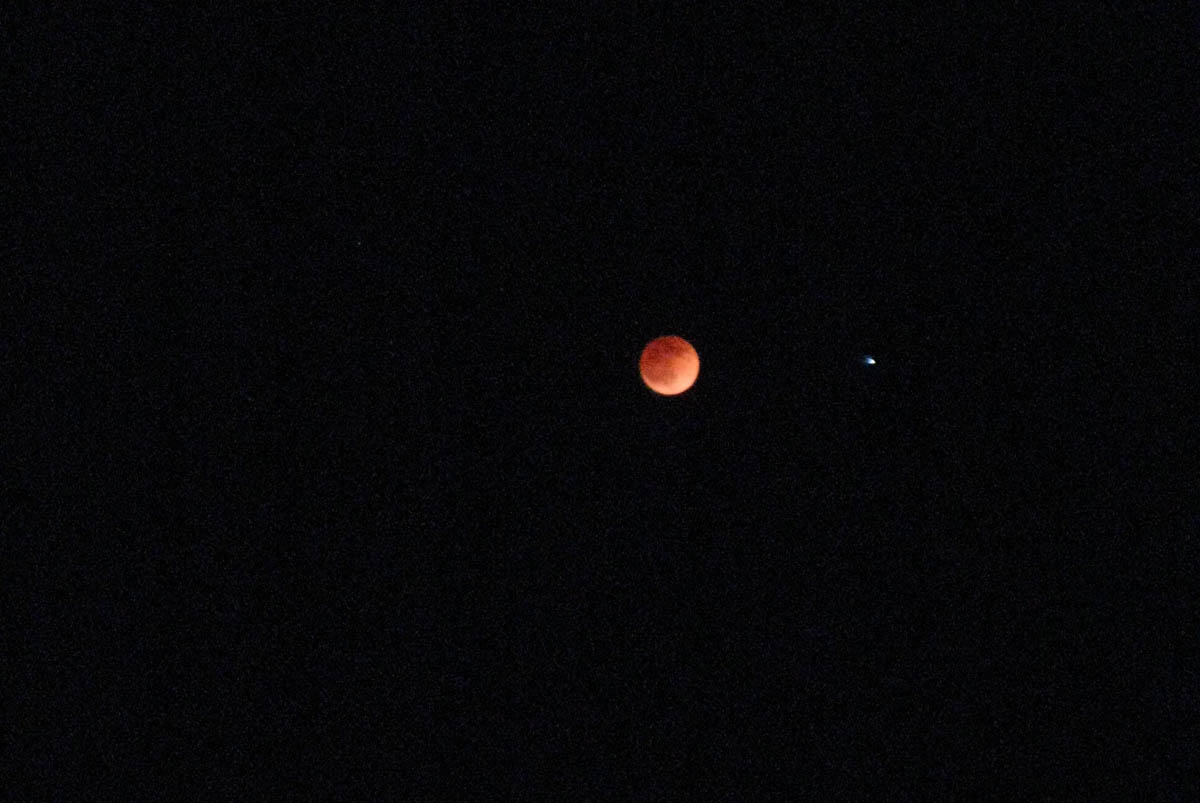 As good as it got where my three cameras were concerned.

Also ironic that the “Blood Moon” would come on the same day the IRS was also looking for blood. I never changed my withholding amount since I sold my “sticks and bricks,” so with no mortgage deduction, Uncle Sam wanted blood from more than just the moon. It was the first time I have done my own taxes in 20+ years, compounded by the complexity of filing from the road with no printer. My company sends a W2 for my Health Savings Account with no wage amount, which precludes me from filing online. So I had to come down from the mountain and find an OfficeMax so I could finish filing in the parking lot. Not only was my wallet lighter, but so was my stress level when I finally dropped that fat envelop into the Tucson Post Office! :::sigh!:::

“We can complain because rose bushes have thorns, or rejoice because thorn bushes have roses.” ~ Abraham Lincoln 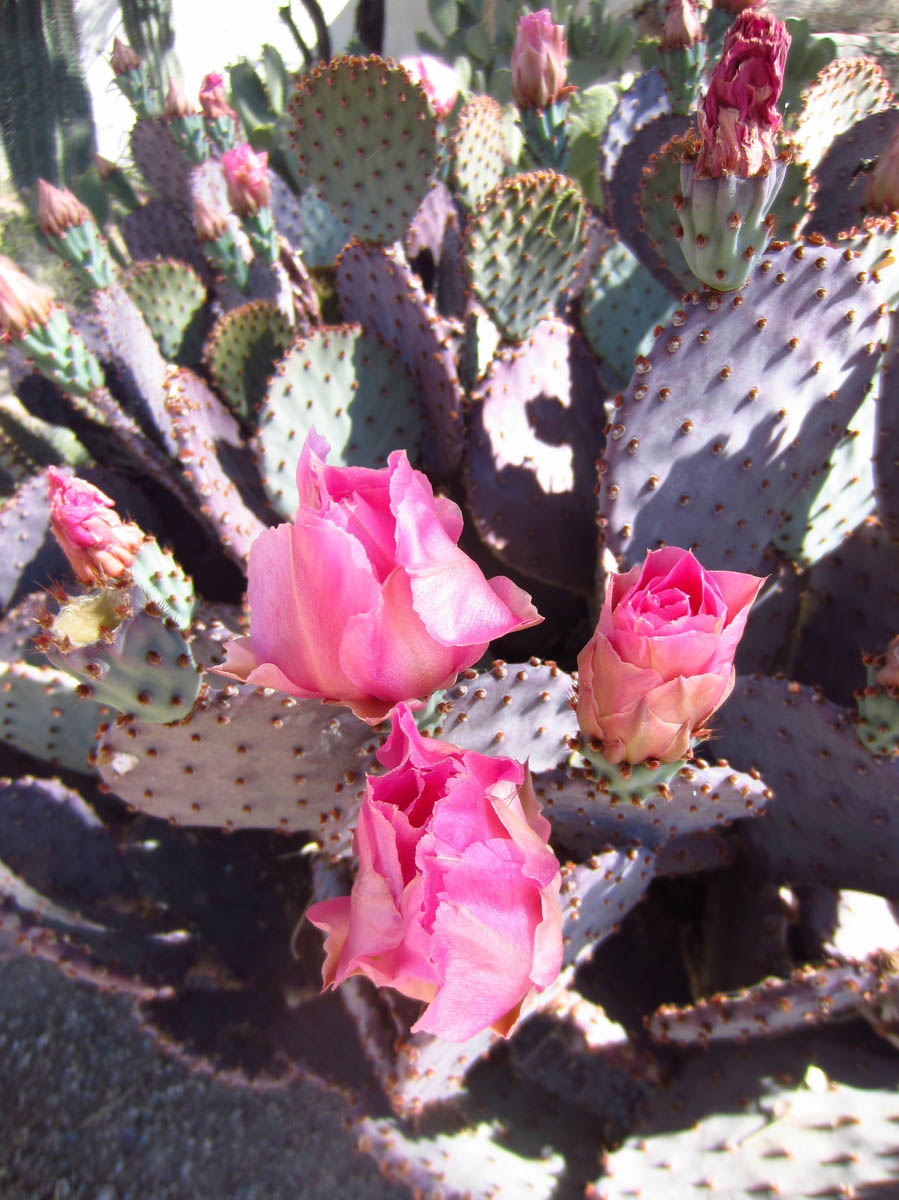 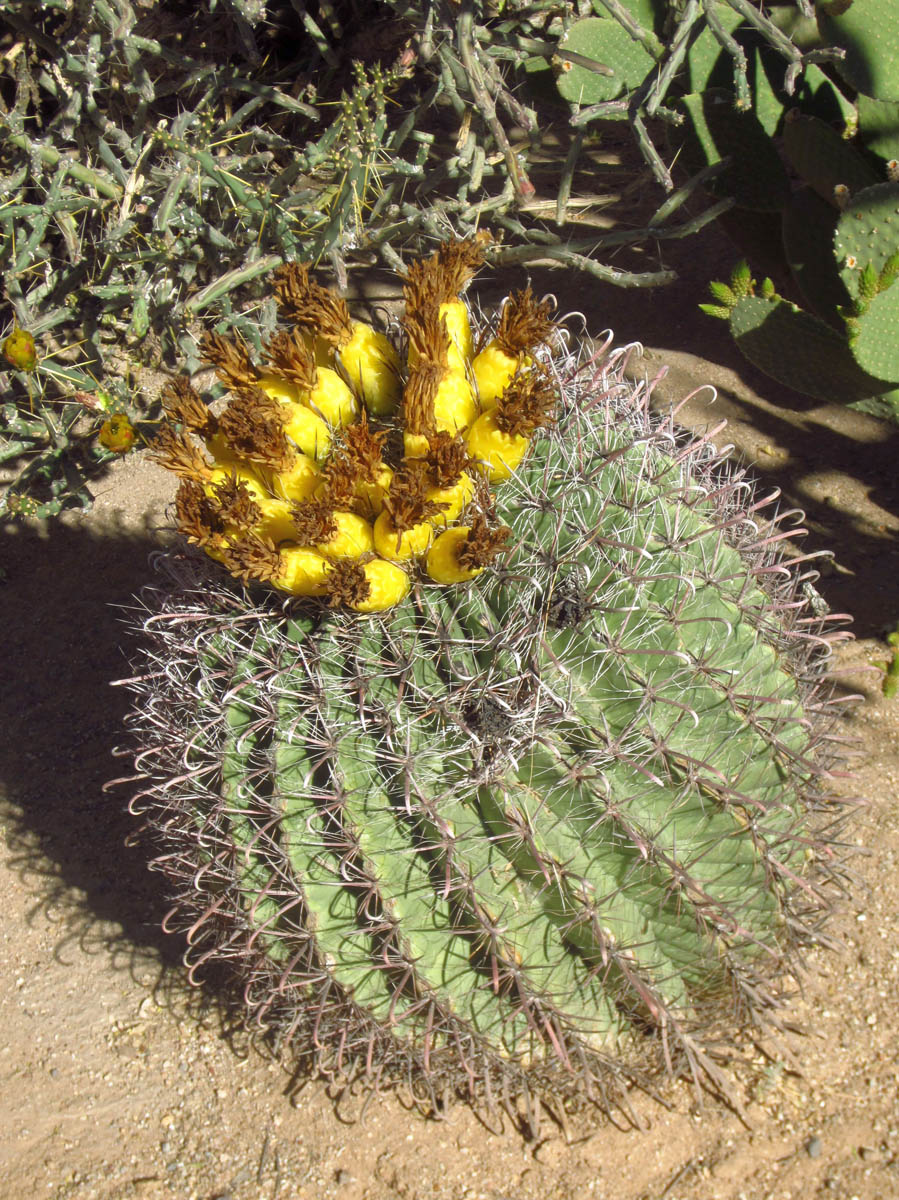 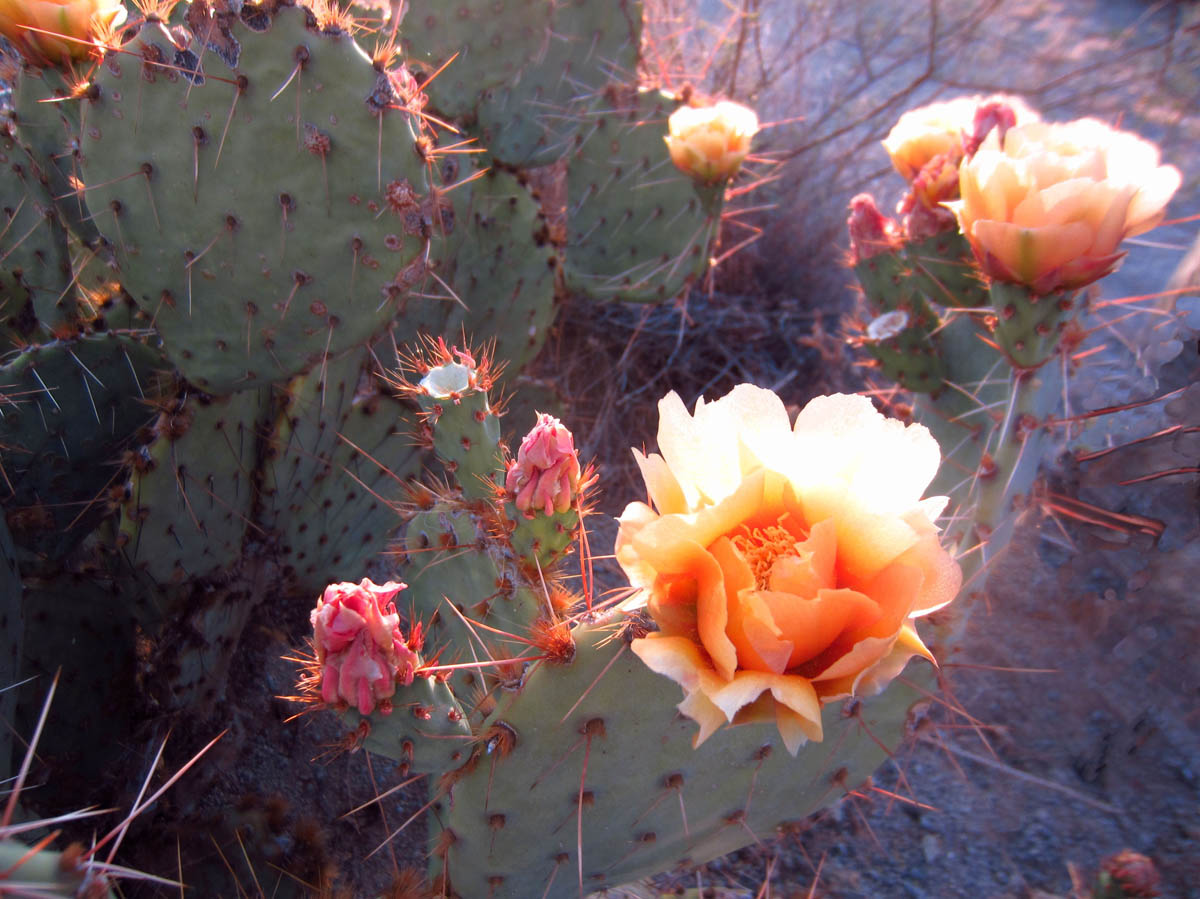 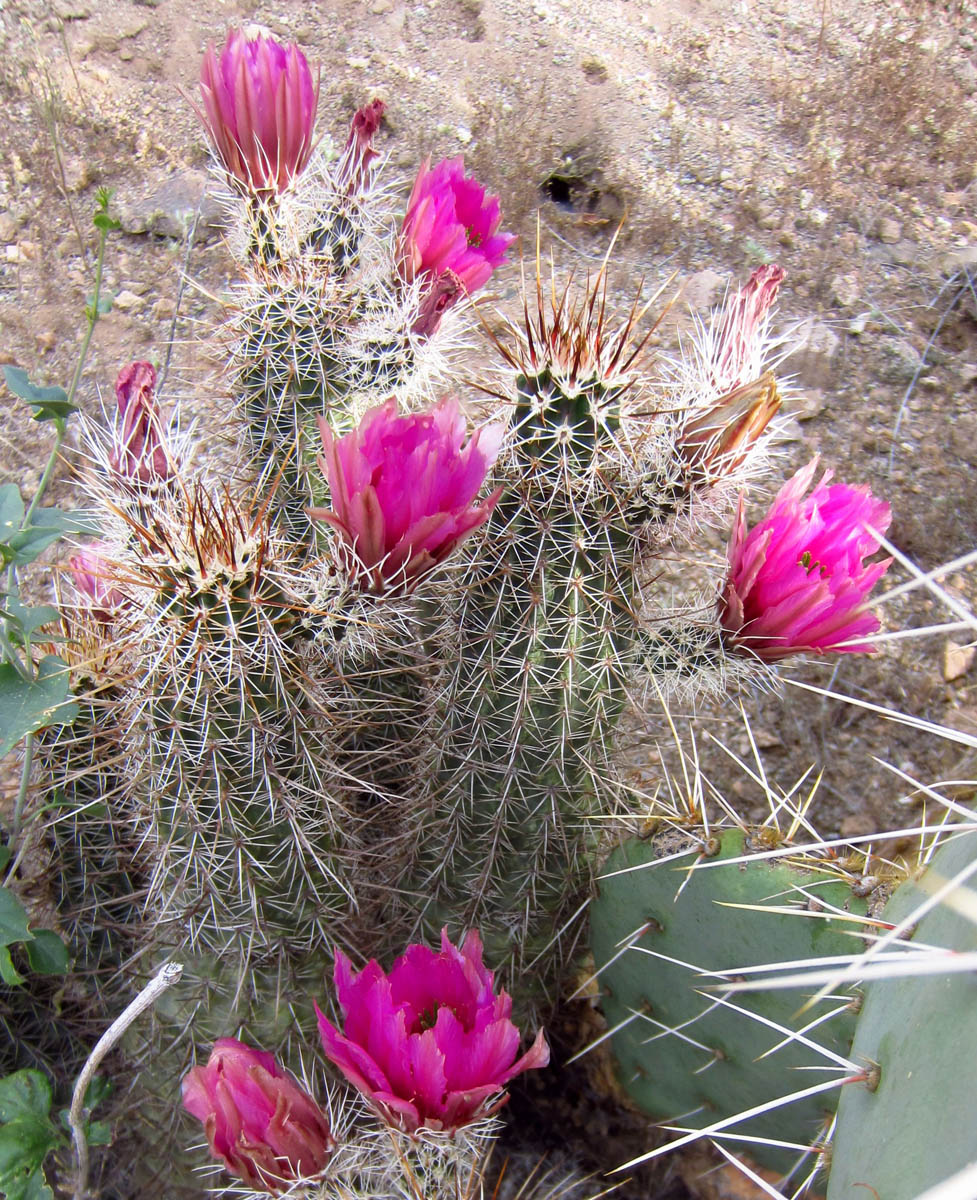 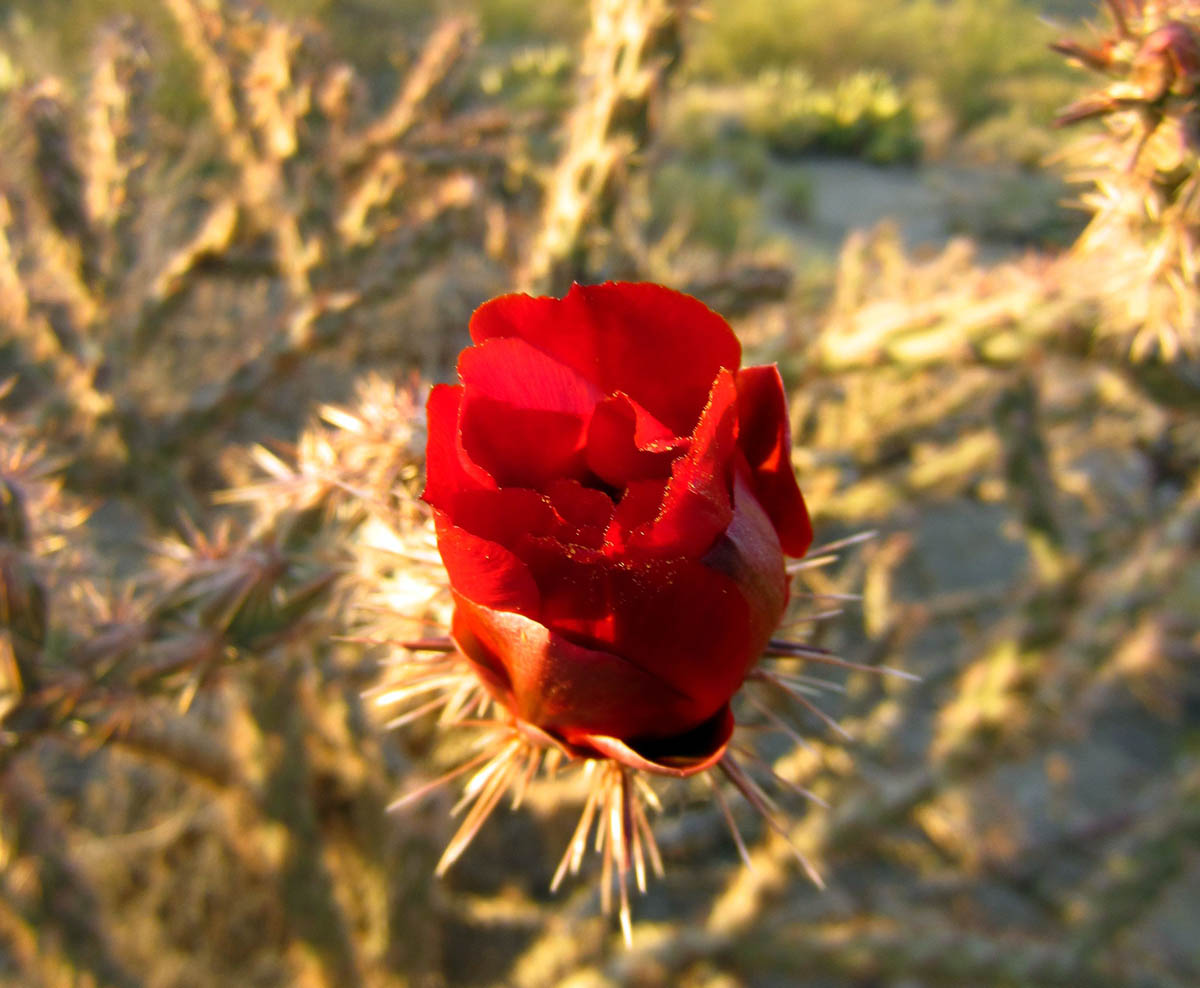