My whirlwind of a three day weekend, where I climbed from below sea level in one National Park to almost 10,000 feet in another was now over. I had crammed into three days what felt like a week of jaw-dropping sights and extreme experiences. It was time to go back to work…

Still headed up Highway 395, I had read about lots of beautiful State Park stops along the way. The problem was, none of them offered hook-ups, which I need to support my mobile office.

Leaving Lee Vinings, the wind was so wicked that there were flashing highway signs saying “Not recommended for vehicles over nine feet.” I am 11.5. I pulled in to a commercial RV Park in the town of Lee Vinings to try to make my decision whether to go or stay another day until this wind storm passed. The woman behind the desk said she had seen rigs coming and going outside her window all day, and thought I could make it if I just took it slow. (An honest opinion, I thought, at the risk of turning away business.)

I battled wind so strong that at one point that I pulled over to check my side door, because it was rattling so loud I thought it was about to fly open. It was locked, but just rattling under extreme pressure from the wind. I have been complaining about the strong winds this entire spring, but this day was by far the worst. By the time I reached Carson City, Nevada, I just wanted OFF THE ROAD!

So I brought up my trusty Allstays App and saw the nearest RV Park that looked like it would guarantee a strong signal was a place right in Carson City along Highway 395 called “Camp-N-Town.” A bit campy, I thought. 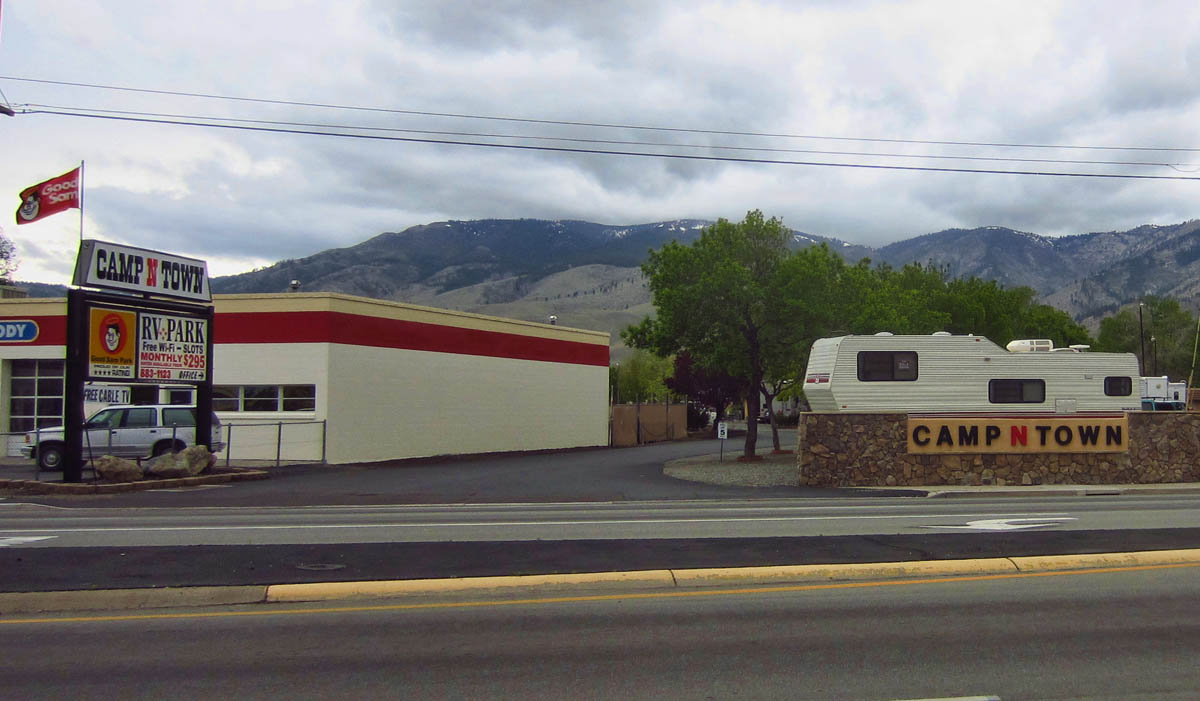 This was another one of those quirky in-town RV Parks like Pecan Grove in Austin, where there are permanent residents as well as transients. Though unlike Pecan Grove where they are mixed, this one had a “caste system,” my first experience where older RVs park on one side, while newer ones park on the other. I arrived after the office had closed, so I chose a corner spot on the vacant back row, which turned out to be delightfully quiet. 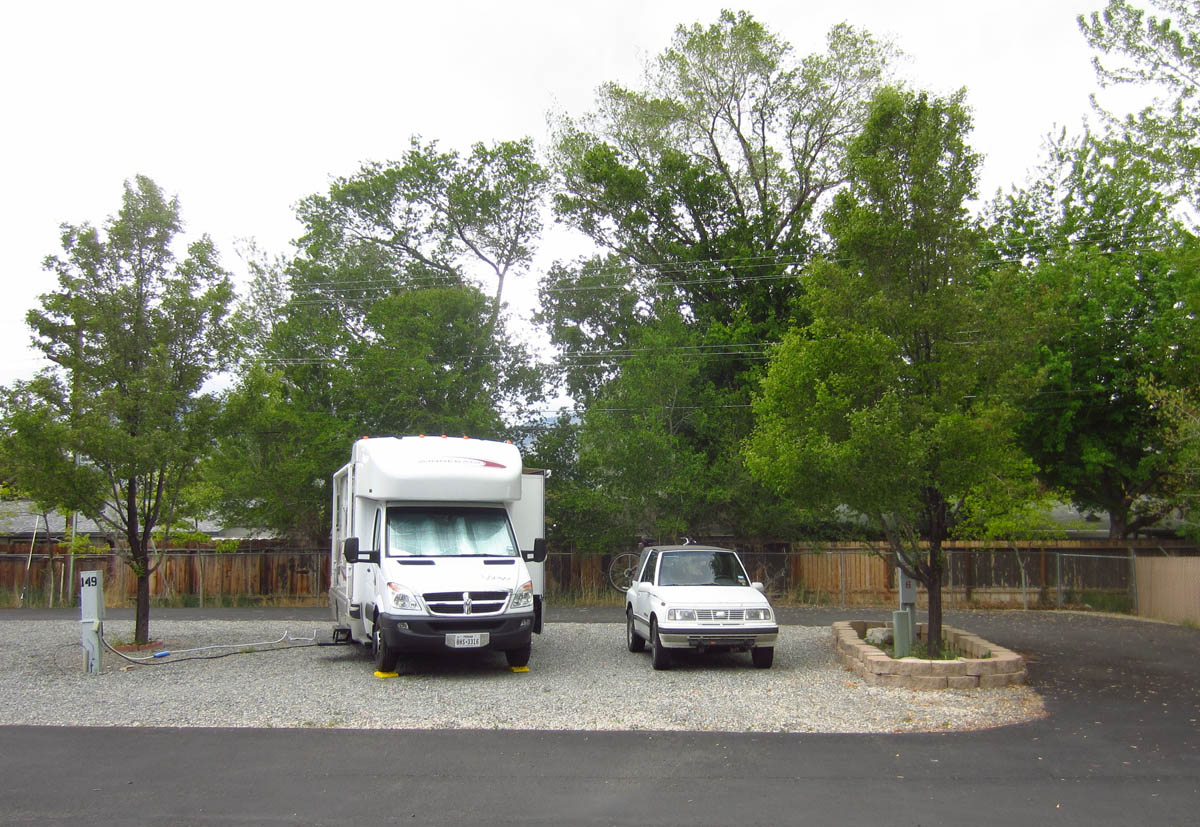 Wide open spaces of the back row…

Though a little quirky, the location could not be beat. There was a Harbor Freight Tools store one block away. Another block further and there was a movie theater and a Starbucks. Dollar stores, auto stores, “C-A-L Ranch” stores, all within walking distance.

But my favorite part of Camp-N-Town was the Vietnamese restaurant (also a recommendation I found on Nina’s Wheelinit blog) which coincidentally happened to be right across the street called “Pho Country.” I have eaten Vietnamese Pho from Dallas to Da Nang, and this is by far the best I have tasted. With Pho (pronounced “fa” like in the Christmas carol, fa-la-la-la-la,” according to the person who first introduced me to it in Vietnam) it’s all about the broth. And the broth at Pho Country is beefy, savory, and hearty enough to hold its own with the fragrant flavors of Thai basil and fresh jalapeno slices on the side. I am embarrassed to admit I went here three nights in a row. It was that good. 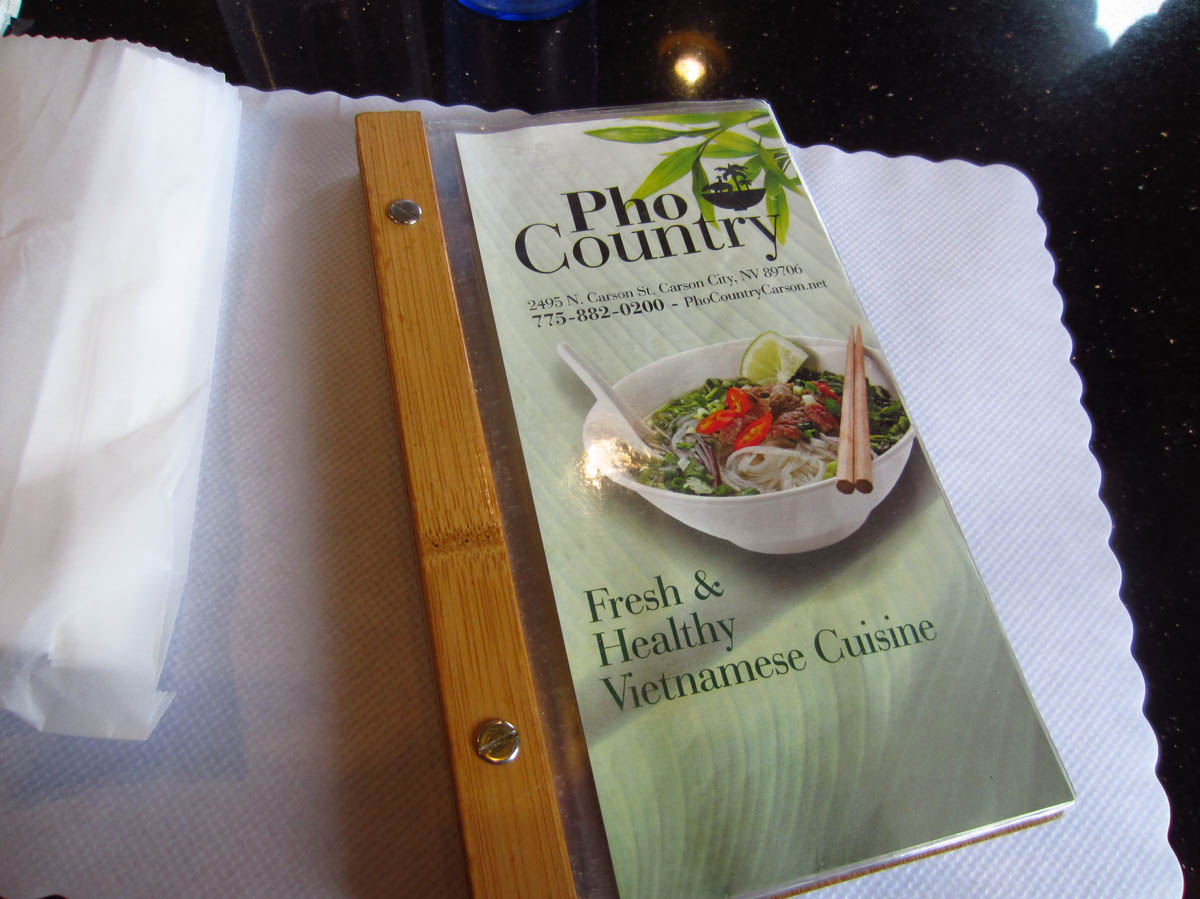 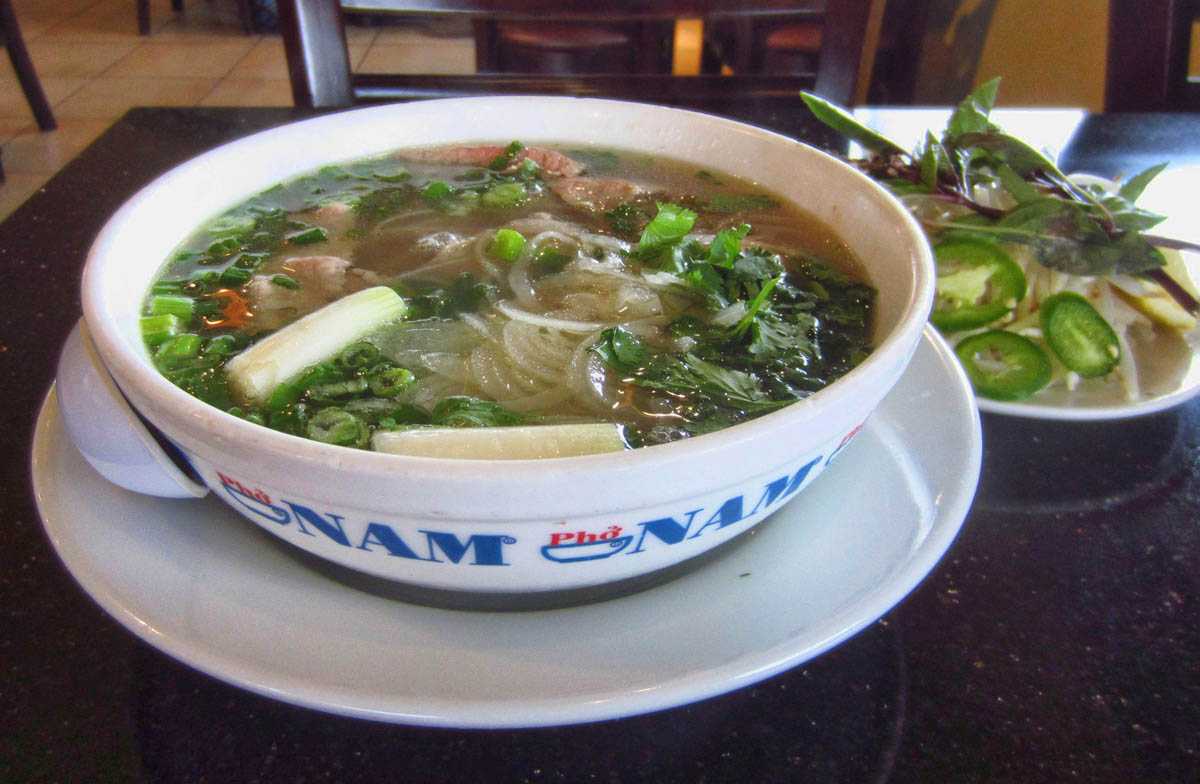 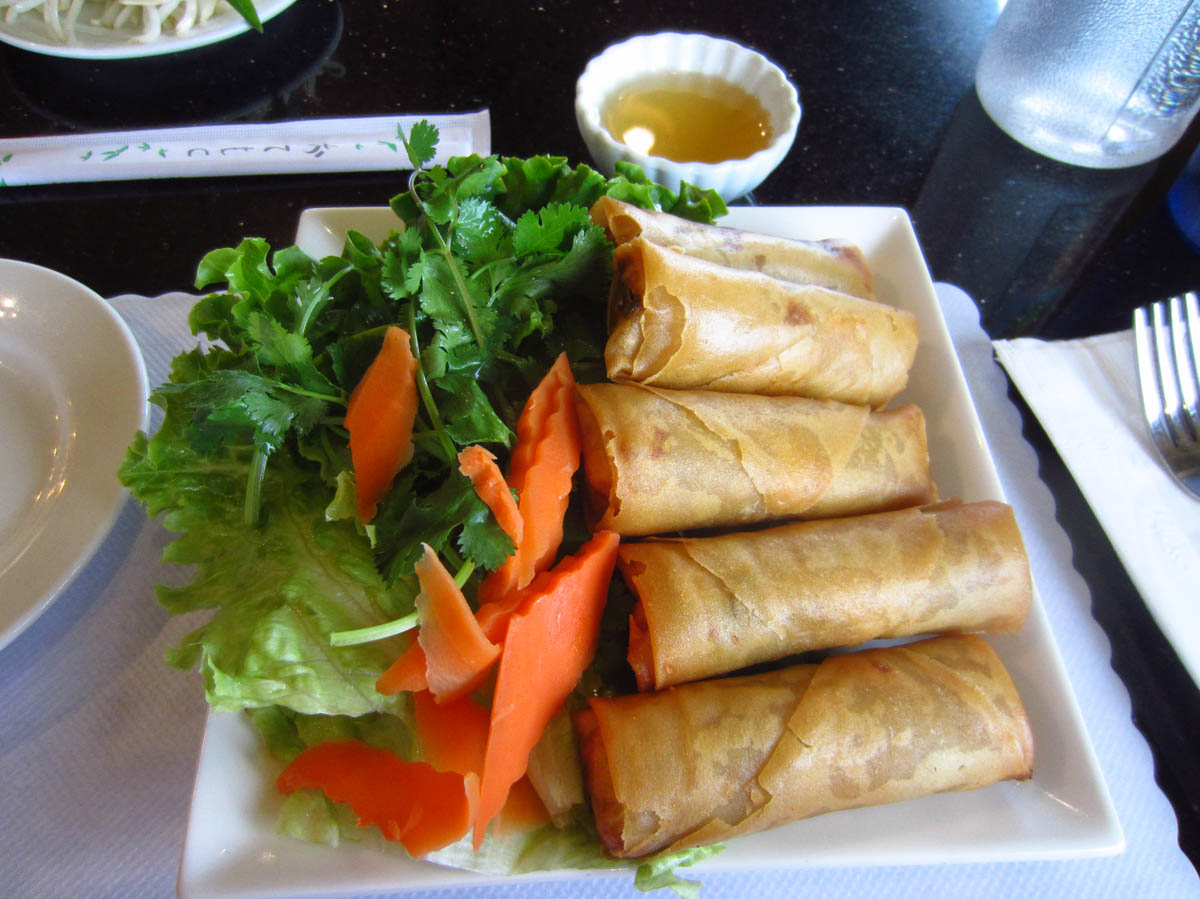 The man who runs the Camp-N-Town could not have been nicer. He has been there, I think he said, 23 years. He was helpful and accommodating, even allowing me a late checkout so I could finish up my work before leaving Friday afternoon. And they offer a Good Sam discount, for what it’s worth.

I kept telling myself I would drive the 30 miles to Lake Tahoe one afternoon after work. But I just couldn’t get up for it. After so many days of playing “tourist,” I needed a rest, a routine, and close proximity to conveniences. Sometimes, ya just gotta “Camp-N-Town!”

7 thoughts on “Sometimes, You Just Need to Camp in Town!”