I have been wondering lately, what is the driving force behind the impulse to explore? Curiosity? Restlessness? Risk Taking? What is behind that urge to leave the creature comforts of a warm rig and comfortable lounge chair to go to such remote places for the sake of exploration? And why do some feel the call, and not others? What prompts that primal urge to push beyond the boundaries for the sake of seeing what is there? Why is finding the end of an unmarked trail as challenging yet satisfying for some as getting the last bit of peanut butter out of the bottom of the jar is for others? 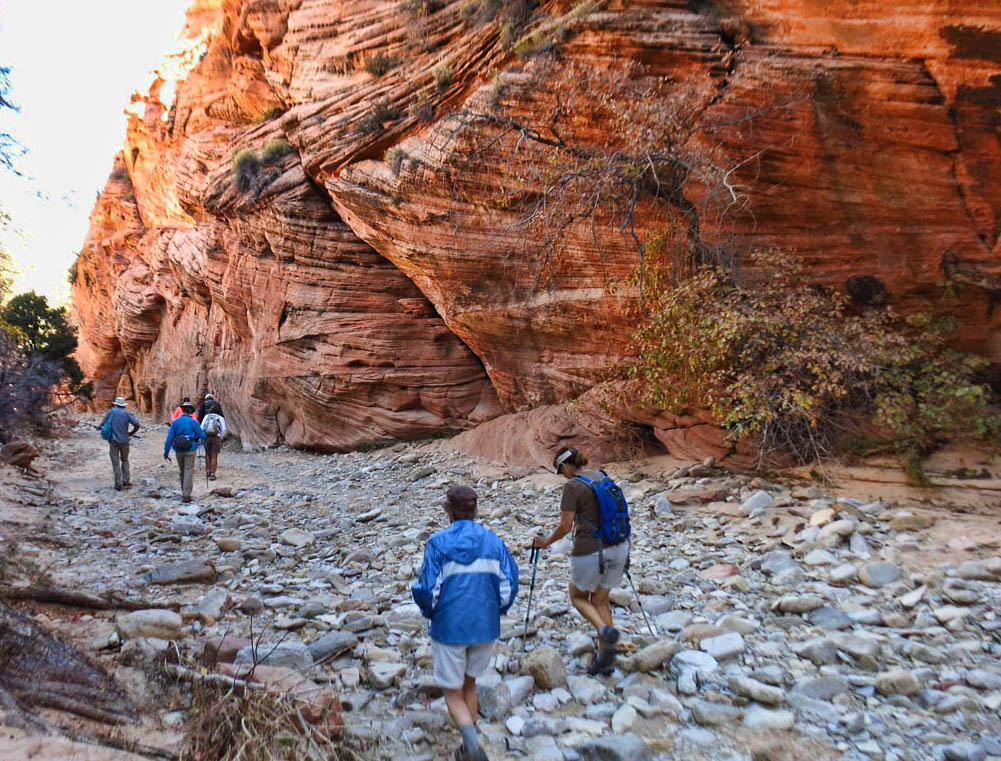 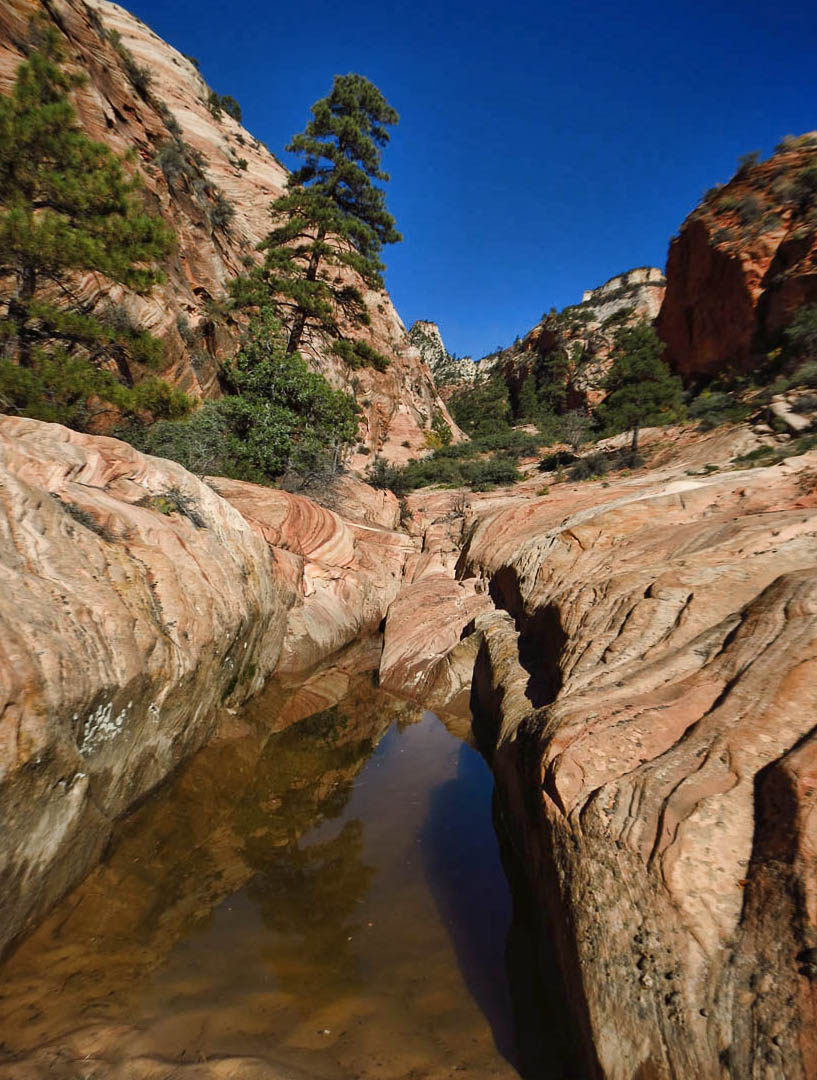 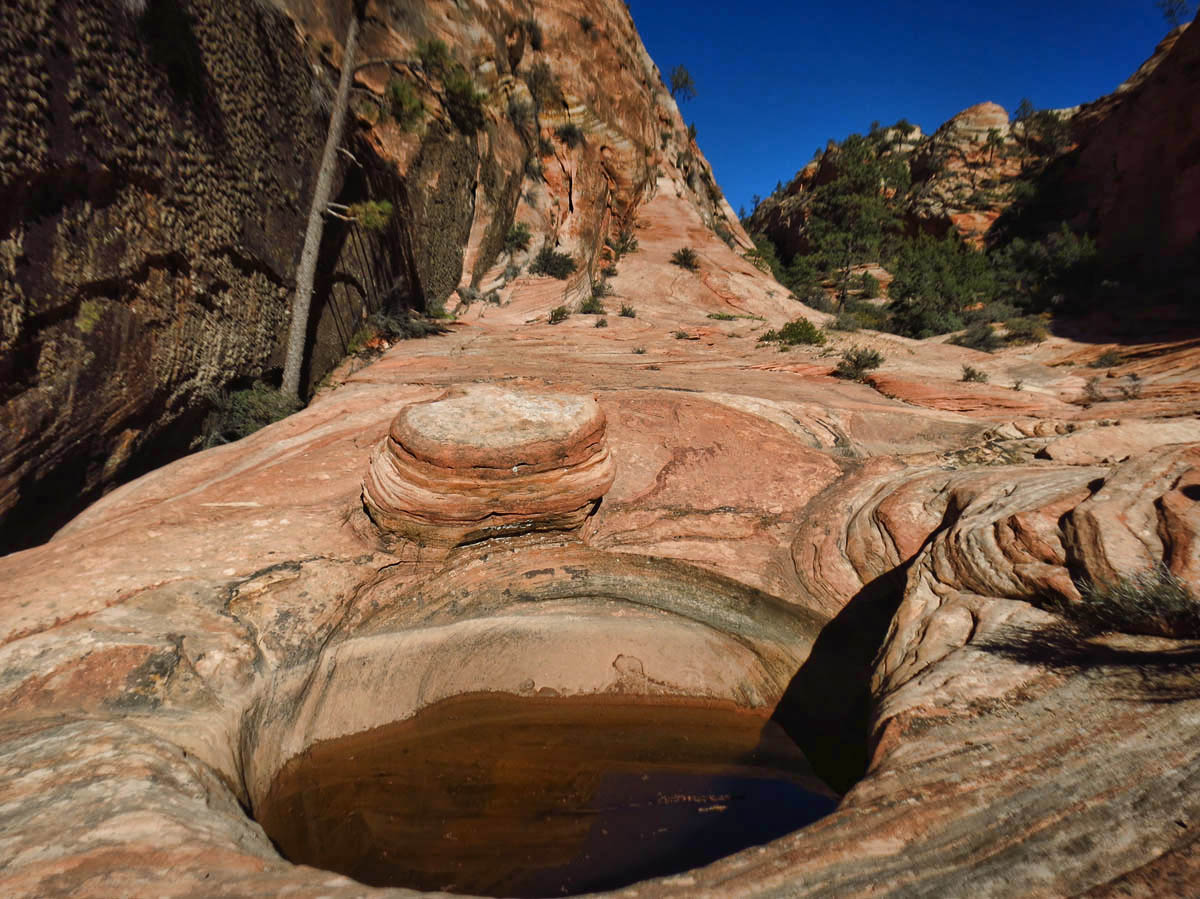 Some say this is genetically driven. I recently read an article that suggests 20% of our species has this gene. I would be inclined to believe it was hereditary, since my Dad was the consummate wanderer, a trait which he passed on to two out of three of his children, as much as he did our brown eyes and “original” dark brown hair. The oldest drives his Land Cruiser from Texas to Nicaragua. As the middle child, I have the bottomless bucket list. Yet our third and youngest sibling still lives in our home town, and seems content to remain there. 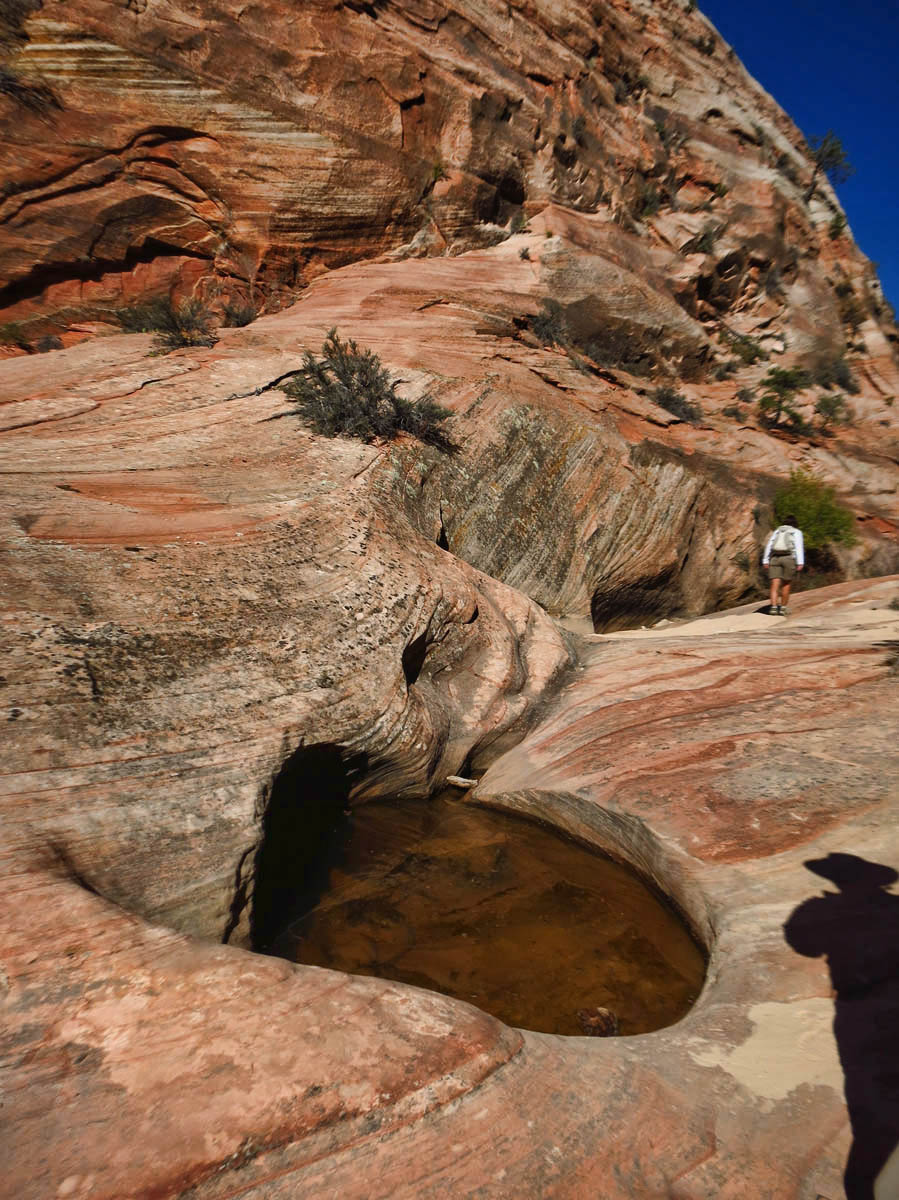 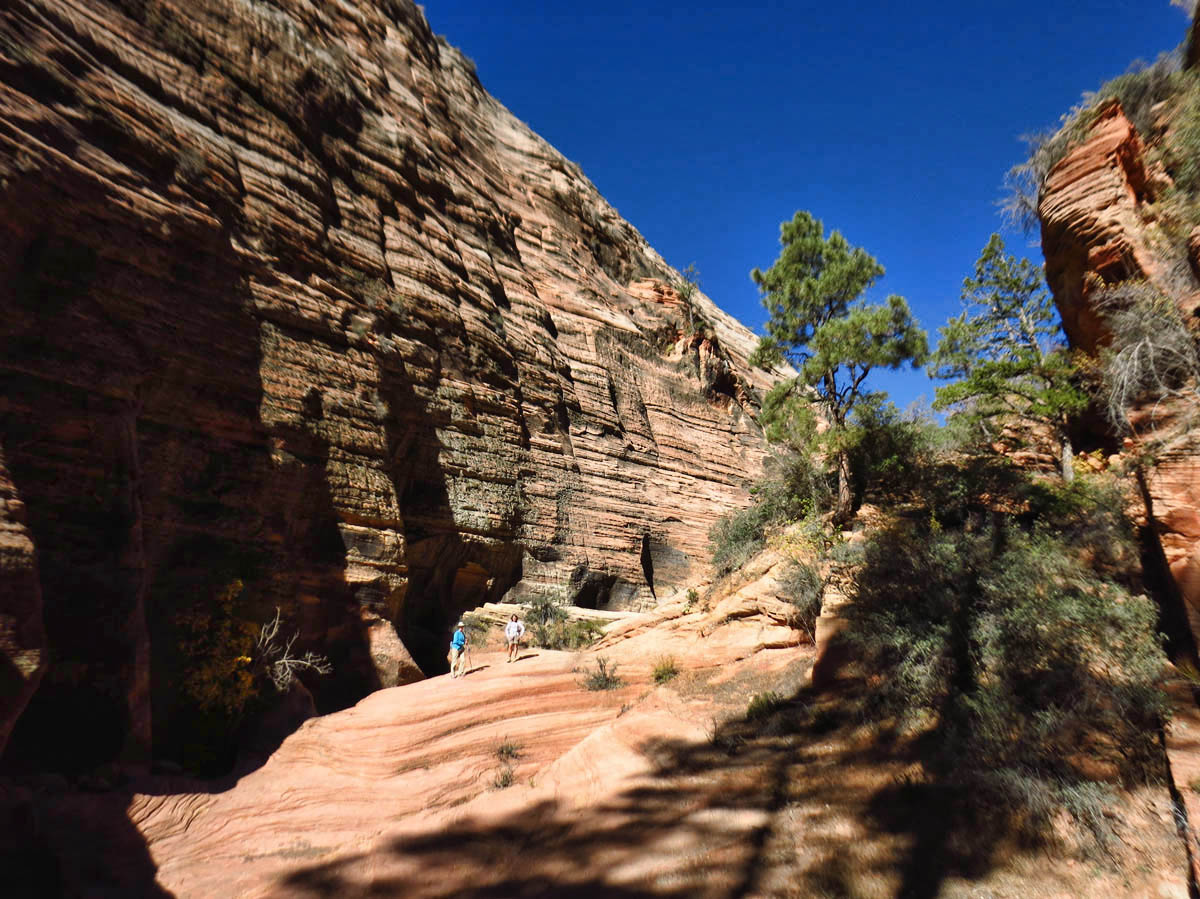 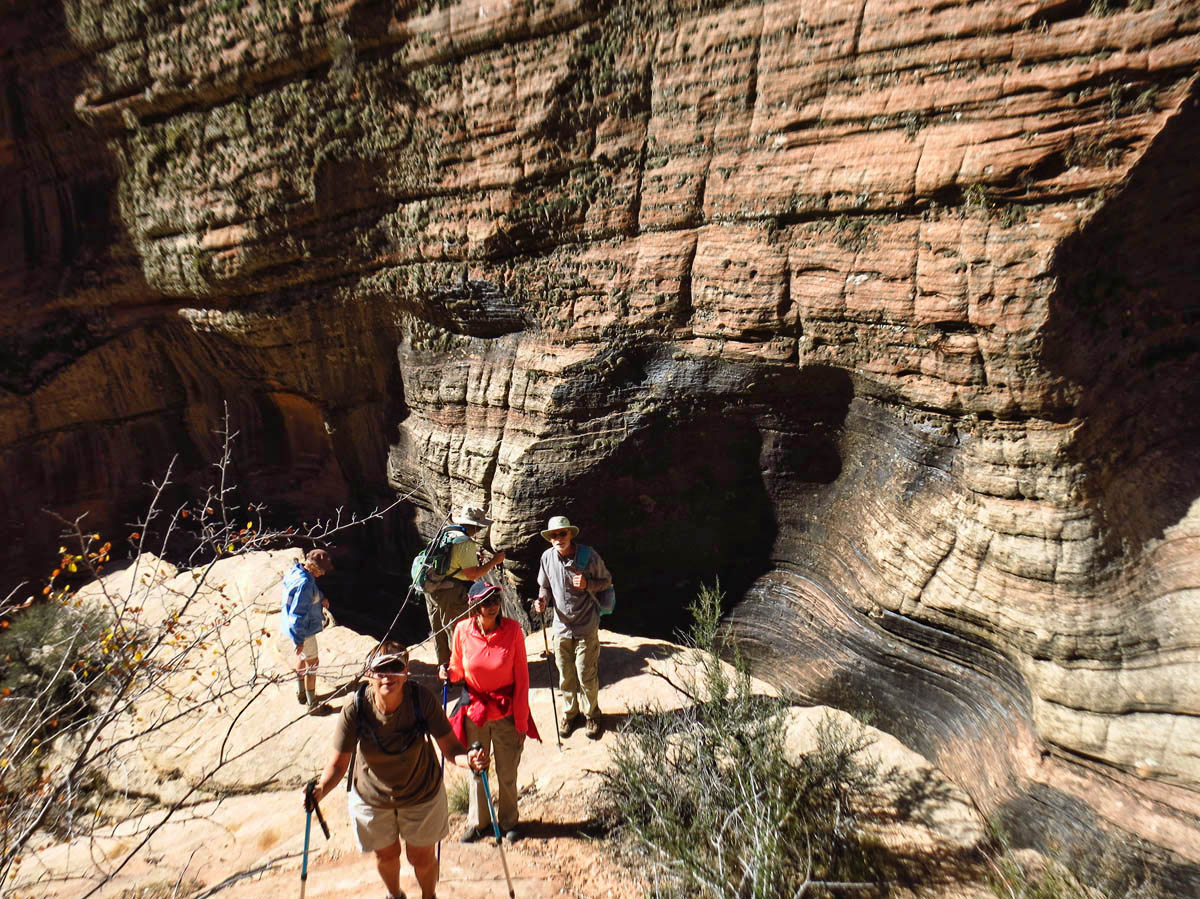 I recently asked several of my hiking buddies this same question. Answers are as varied as the brands on our hiking boots. Some do it for total immersion and distraction via “mind-body coordination.” (What is the difference between swimming and drowning? Mind-body coordination!) Some do it for the athletic stimulation that comes from scrambling and using muscles not typically tapped. And then there are the “explorers” among us who do it simply to see what lies beyond… 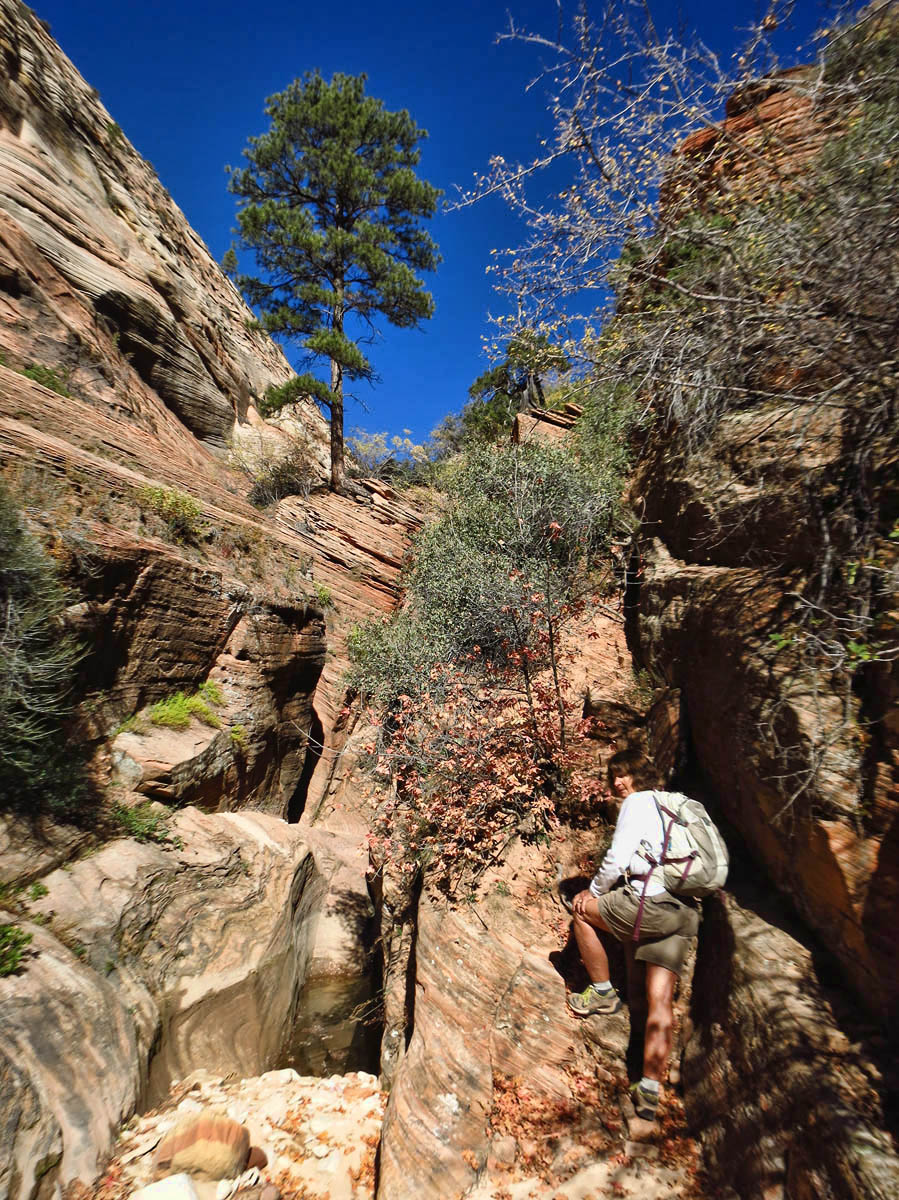 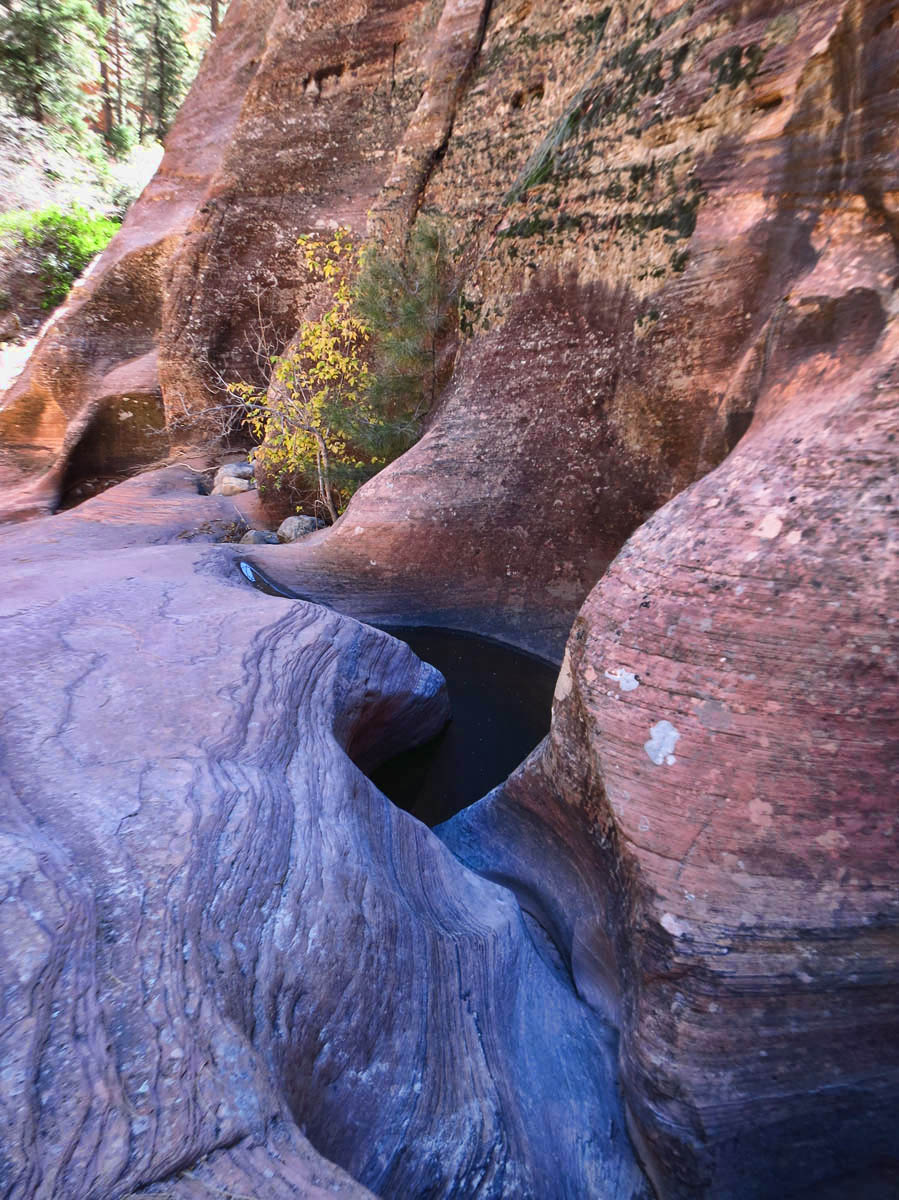 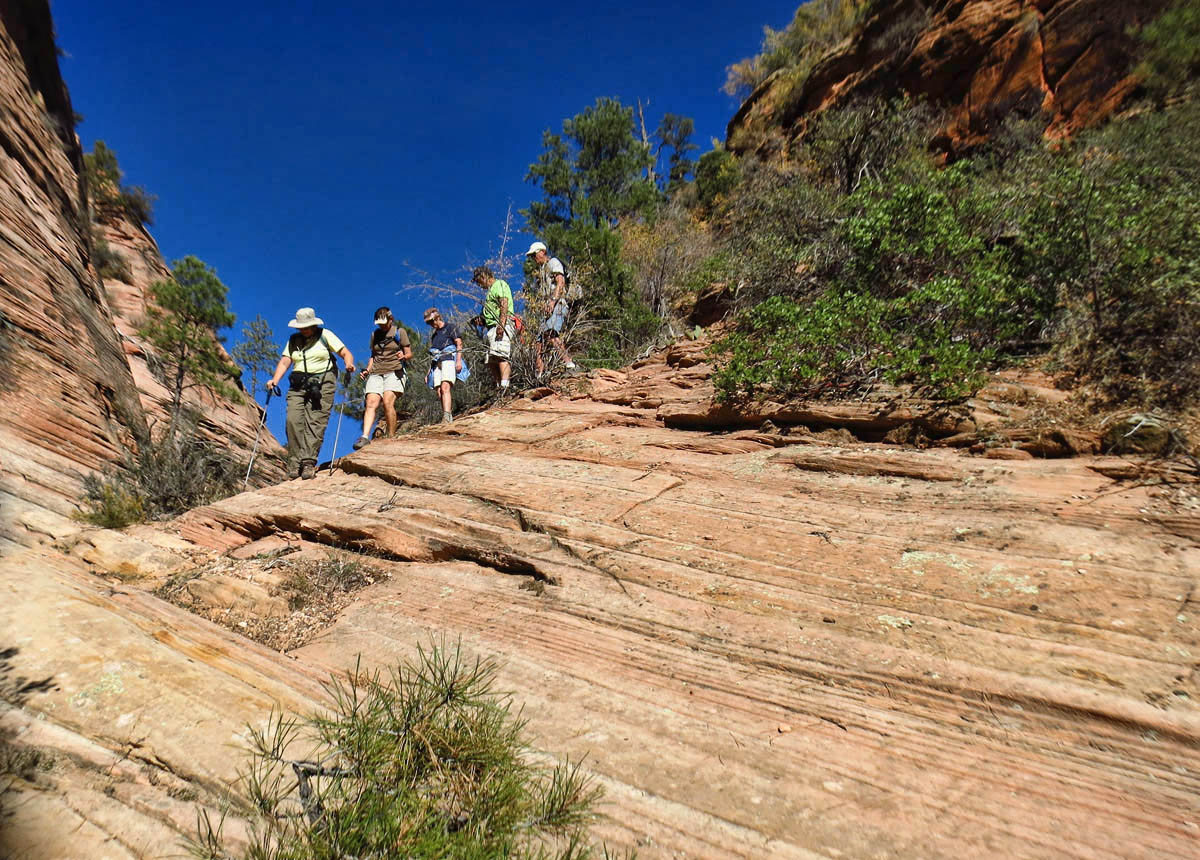 Several hikes with “the gang” recently have ended only because the trail ends. We are forced to turn because of some uncrossable chasm, some insurmountable wall. Such was the case on the “Many Pools” hike, an unofficial trail in Zion National Park. Not that it was insurmountable for Mark and Bobbie, mind you, but they had 10 of us following along on this hike. So the turning point was not so much technical as it was comfort level of the group, as most of us waited behind while the “explorers” tried to chart a course over the obstacles. 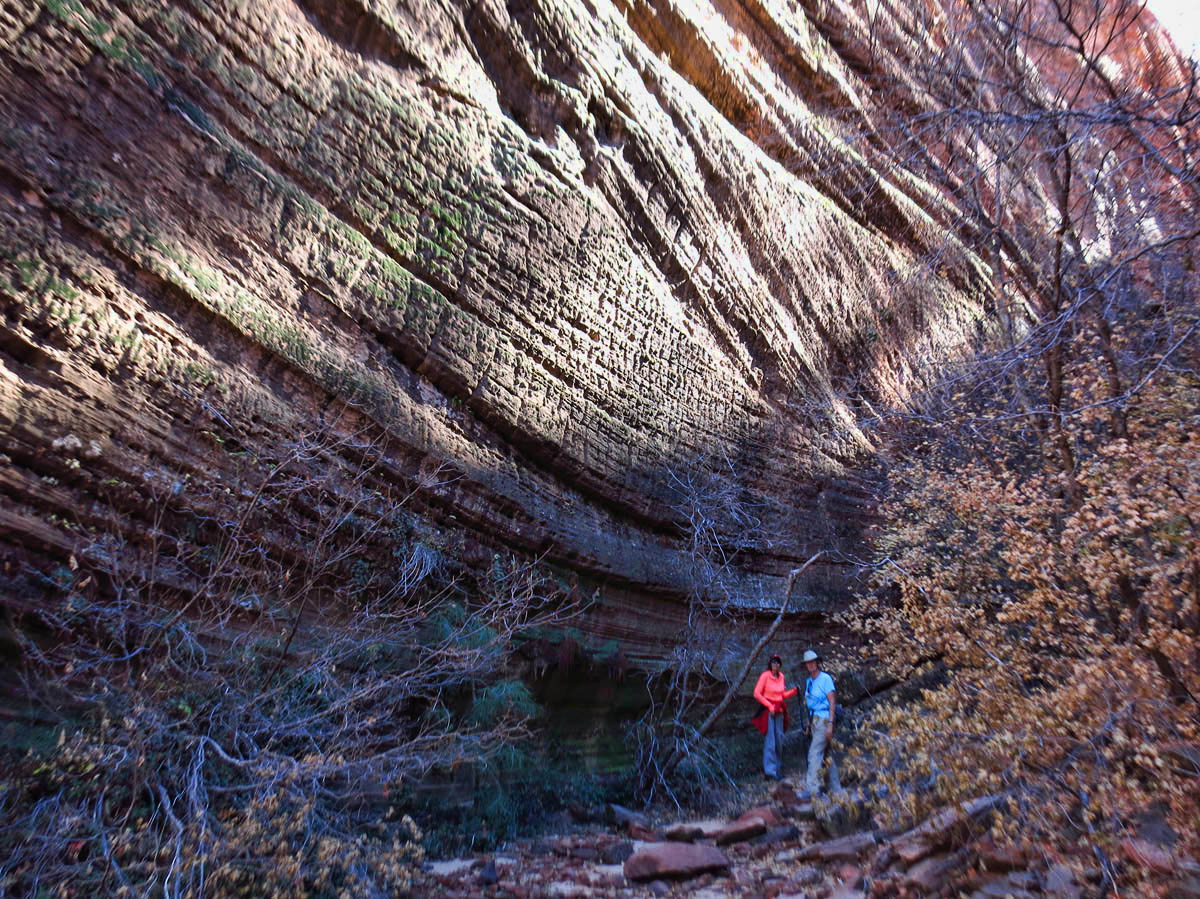 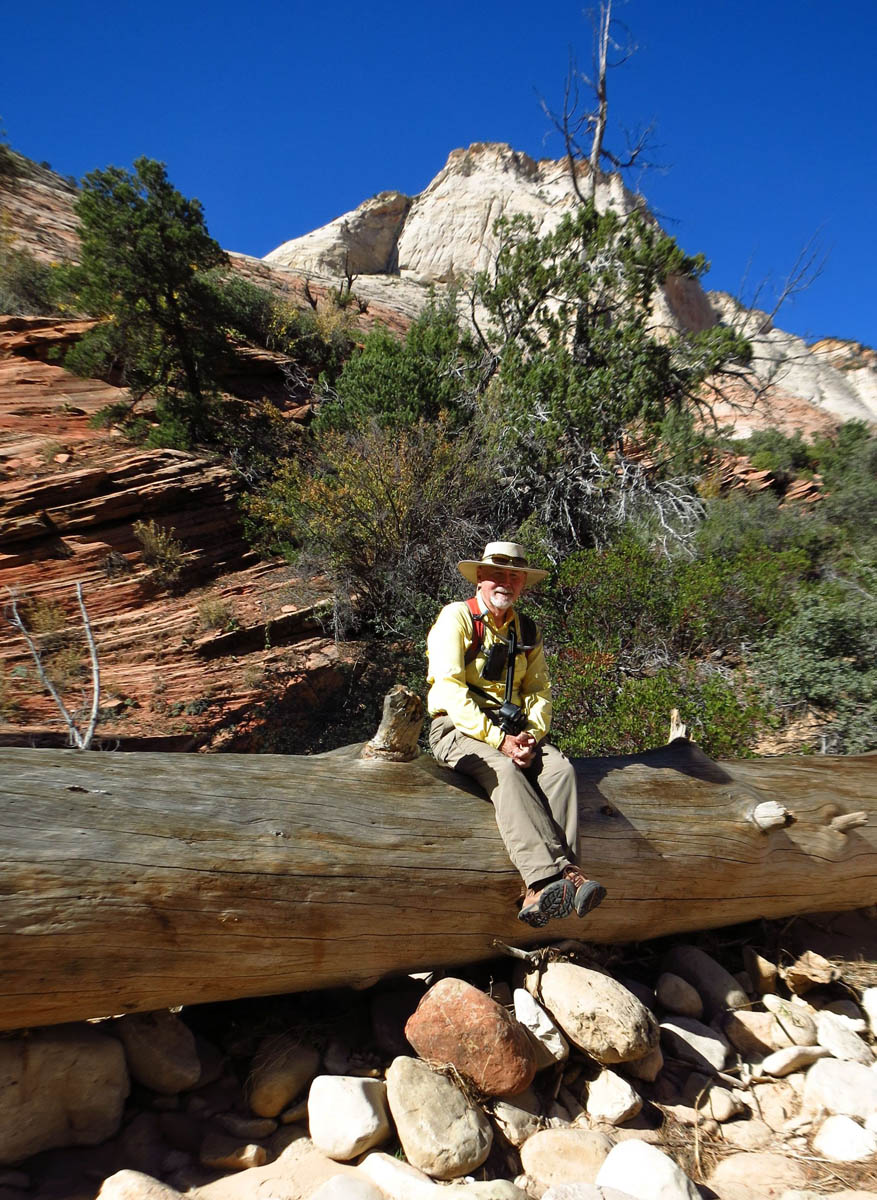 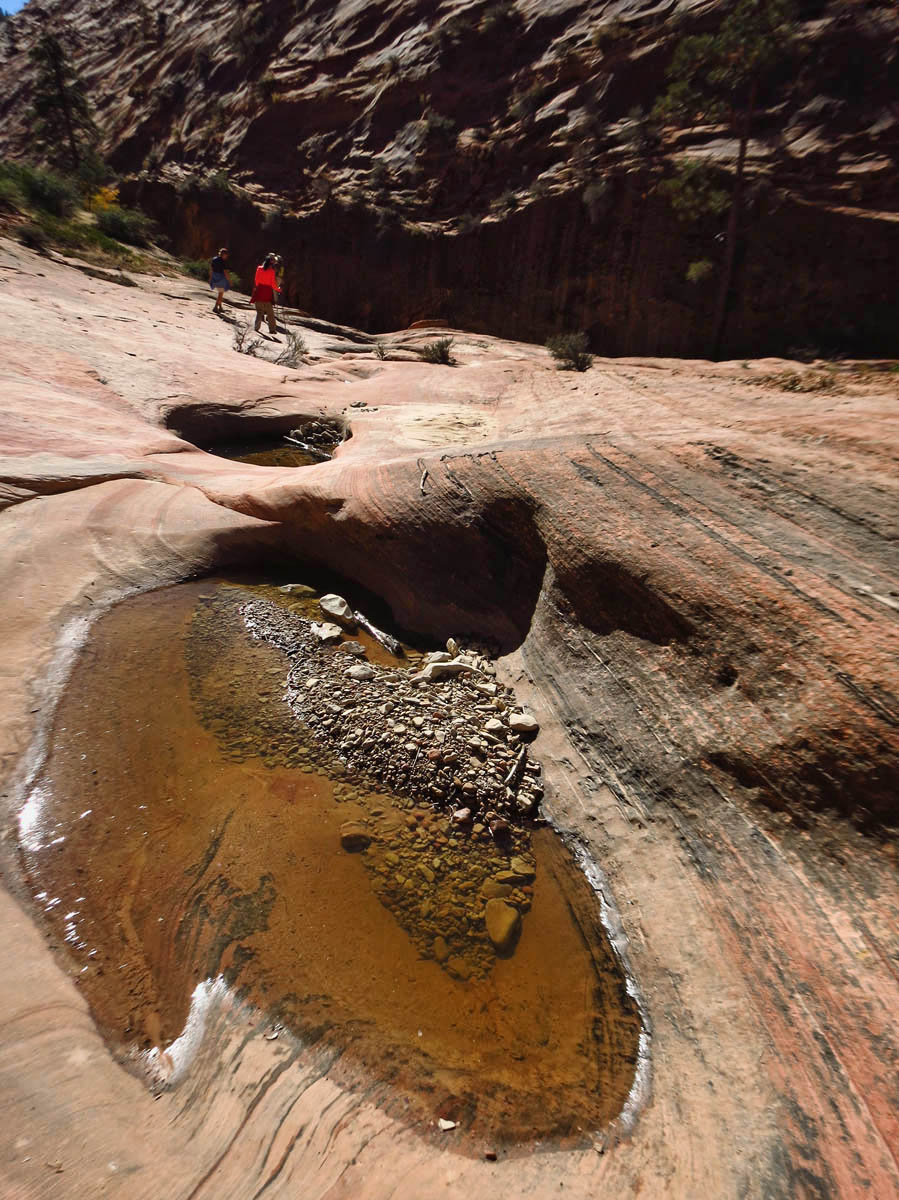 But the hike just became more strenuous as we went, so the choice to turn was evident as links in the chain of hikers was broken at different intervals along the way. 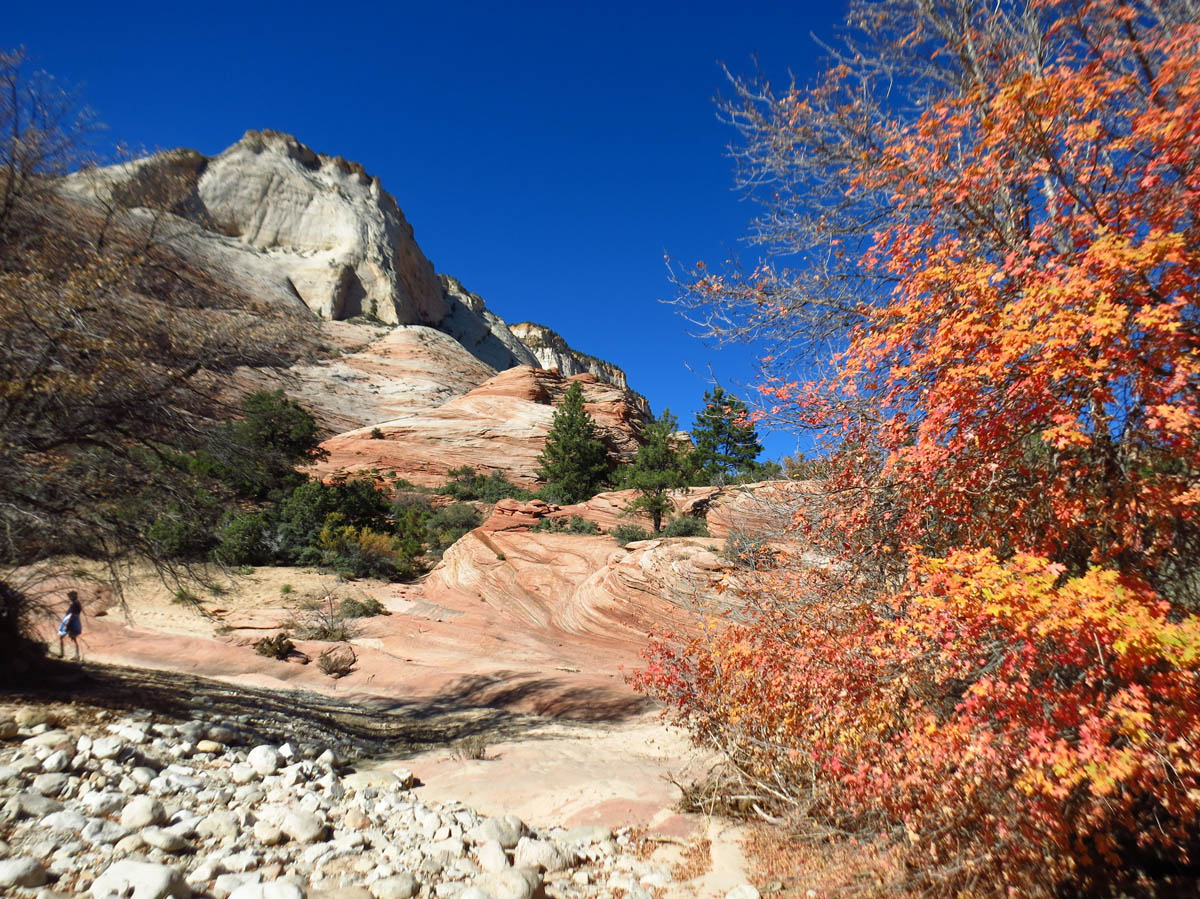 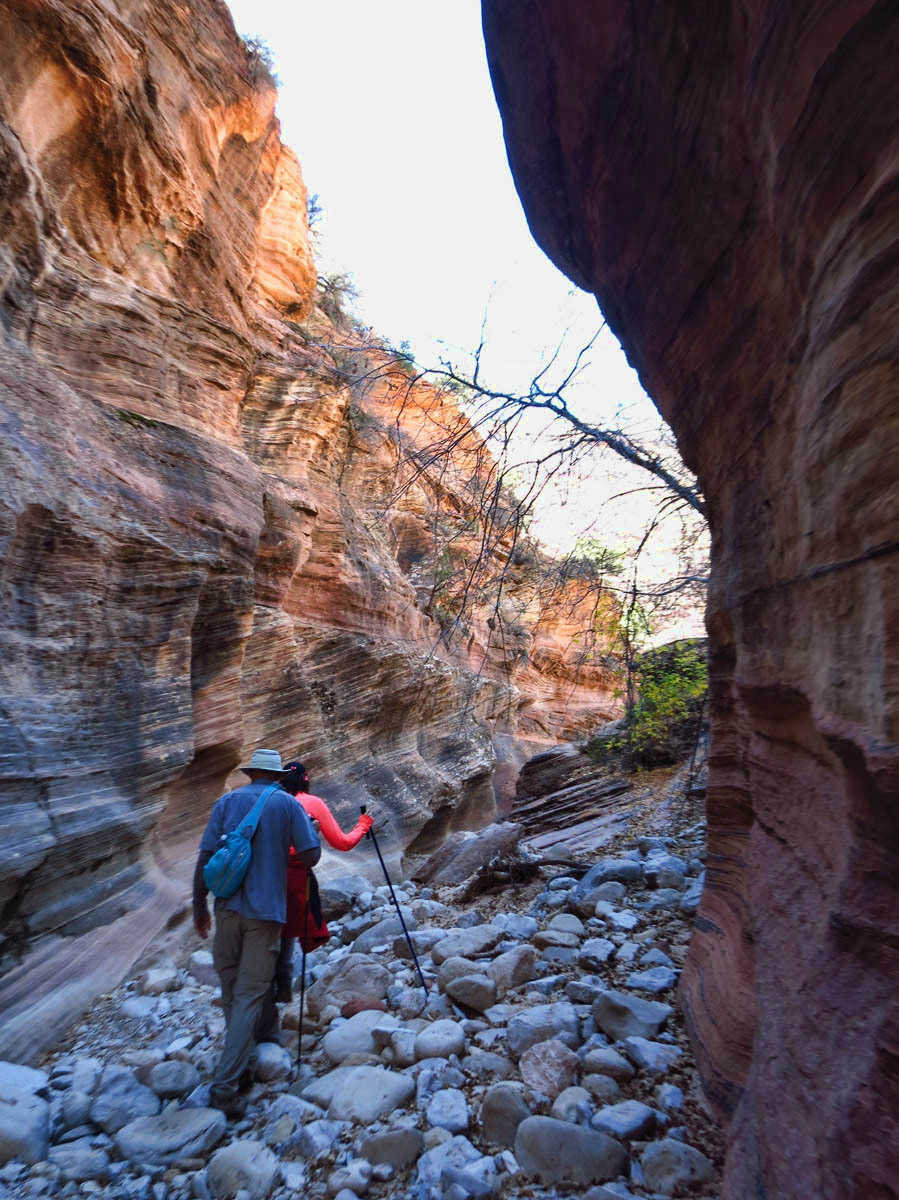 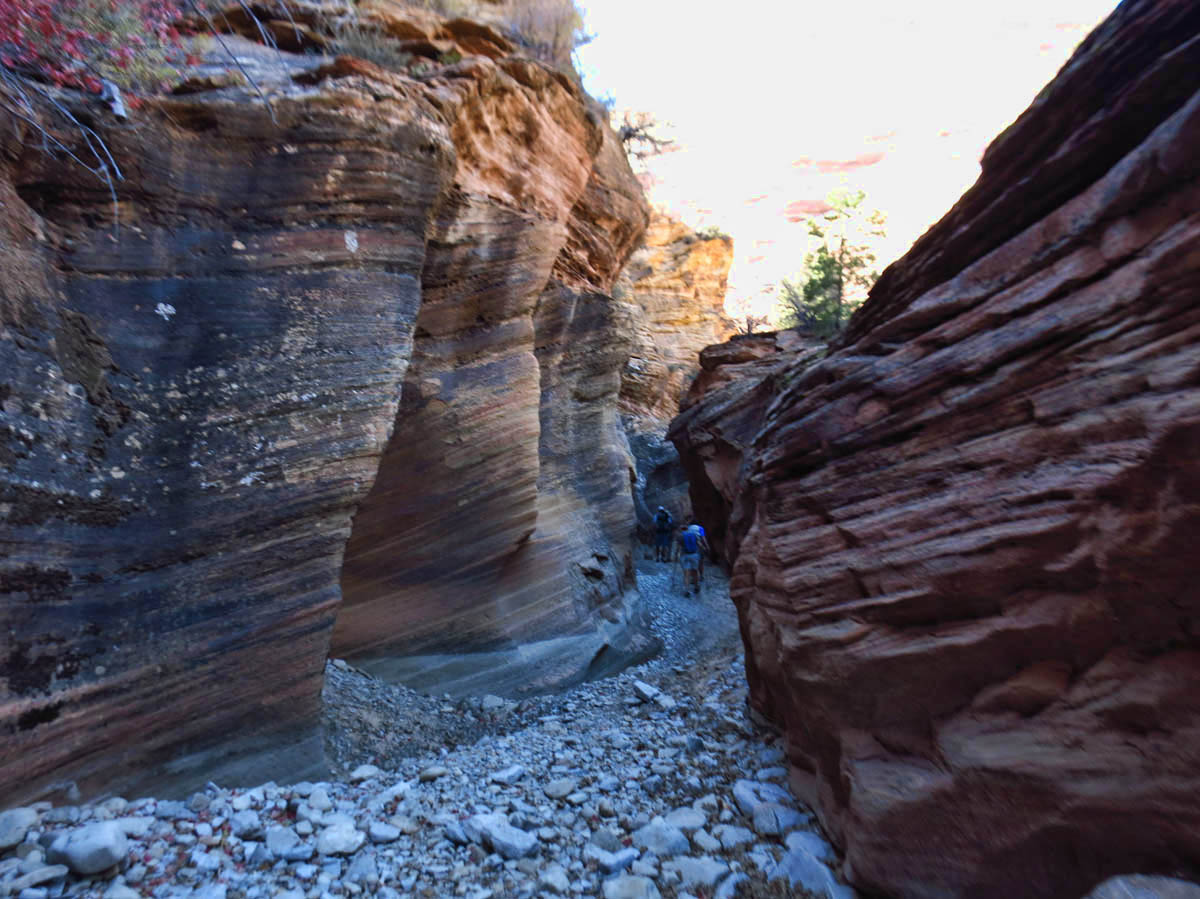 This did not stop the “expedition,” however as the “explorers” of the group just found a side canyon to continue. Within minutes, there were shouts back from the front of the pack; “The stream has water, but it is crossable. I think it keeps on goiinnngg…..” 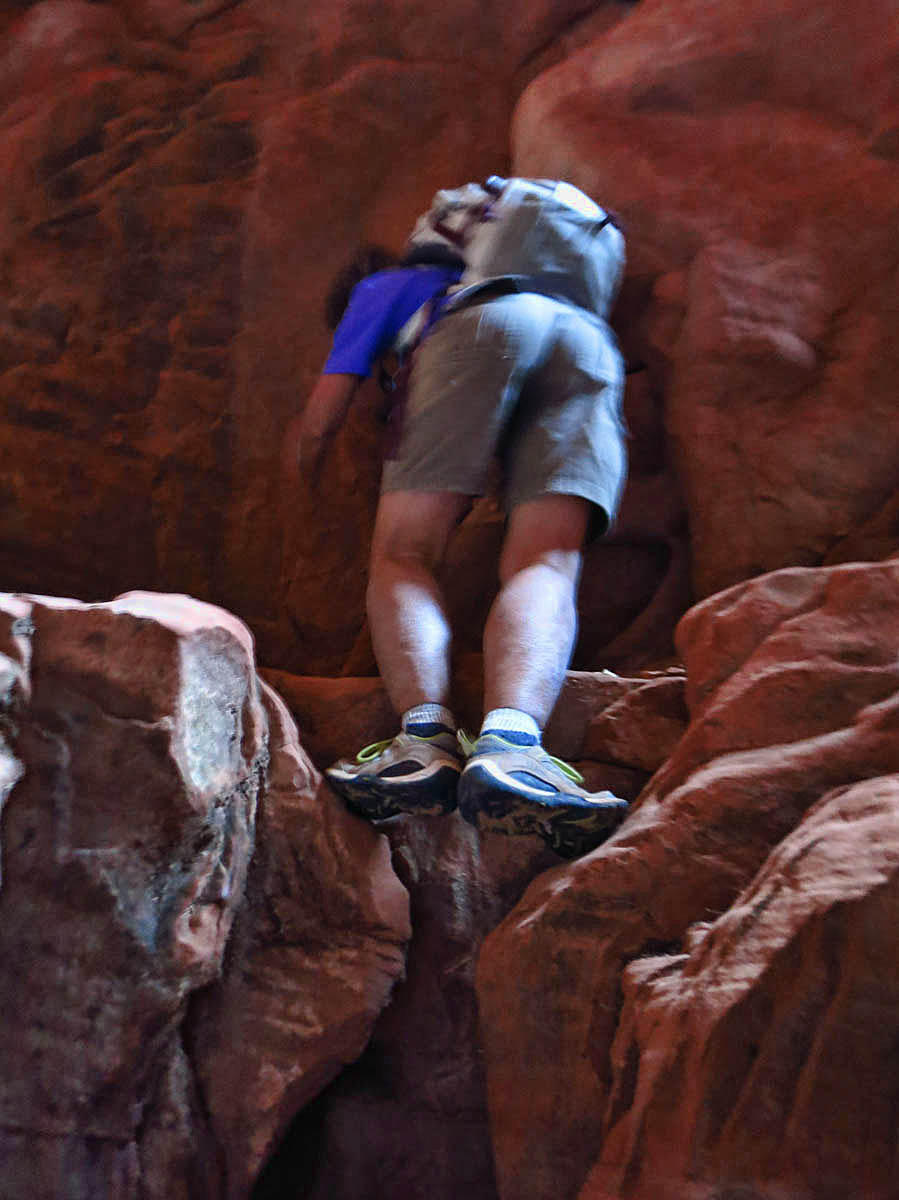 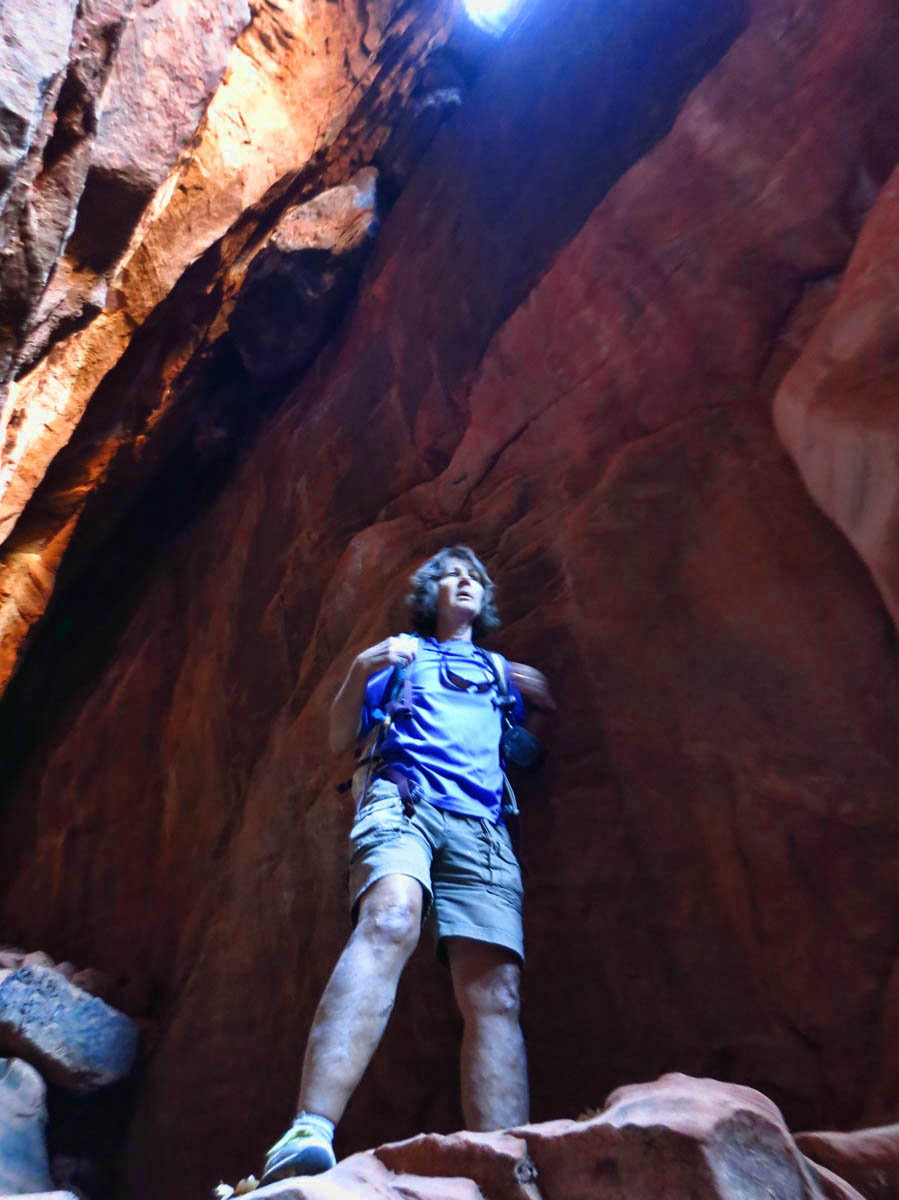 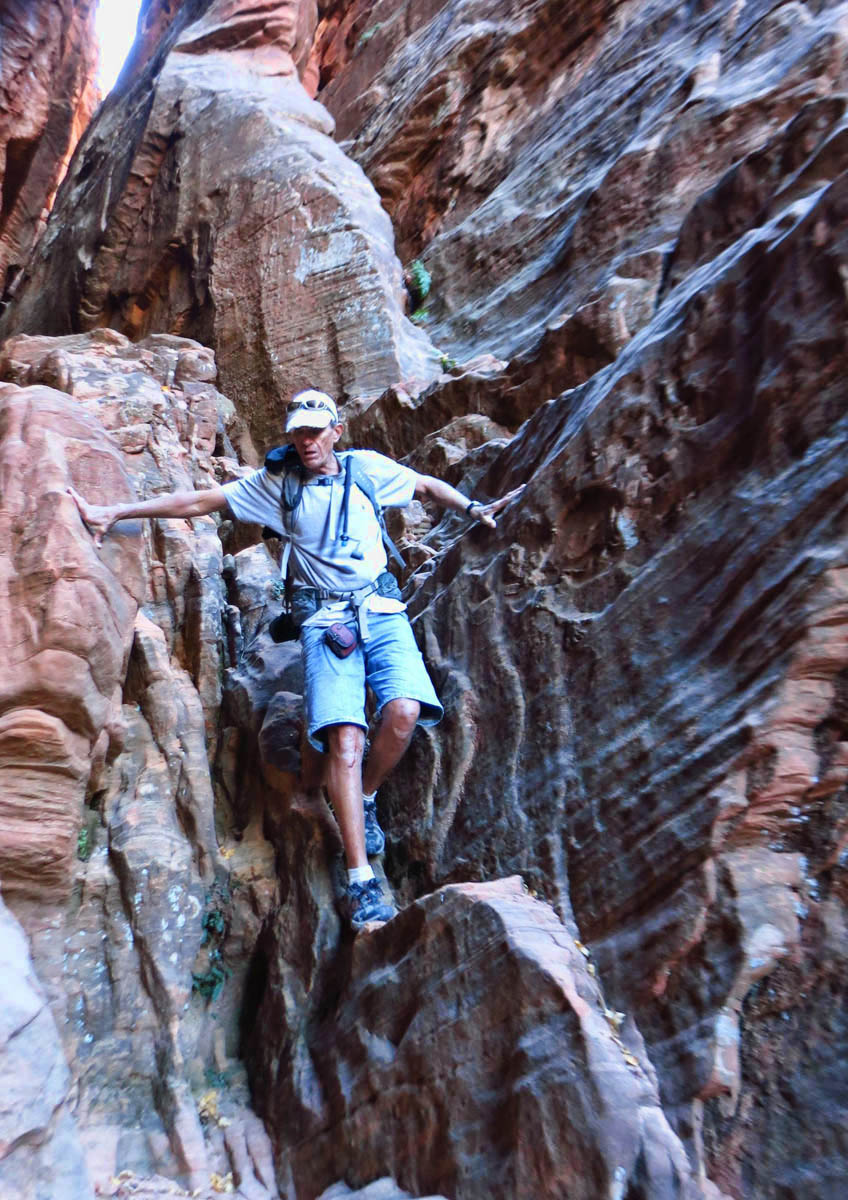 I am curious to learn what drives exploration among my blog readers? Were you born with it? Do you feel that insatiable drive to see “what’s around the bend?” Or is a campfire and a comfy chair enough? And why?

19 thoughts on “Exploring Many Pools….and Beyond”