I have been following the Box Canyon Blog since before I even had an RV. I figure I have read through about a hundred posts touting and tempting life in a box canyon affectionately referred to as “Lovely Ouray, the Switzerland of America.”  So I knew before I got here it would be a special place.  Give me a box canyon, and I am happy. Give me one filled with hikes, a brewery, a hot springs, and a chocolate shop selling “Scrap Cookies” made from left over chocolates? Well, about the only thing you could add to top that would be to throw a couple of good friends into the mix! Life’s own version of the Scrap Cookie.  😉 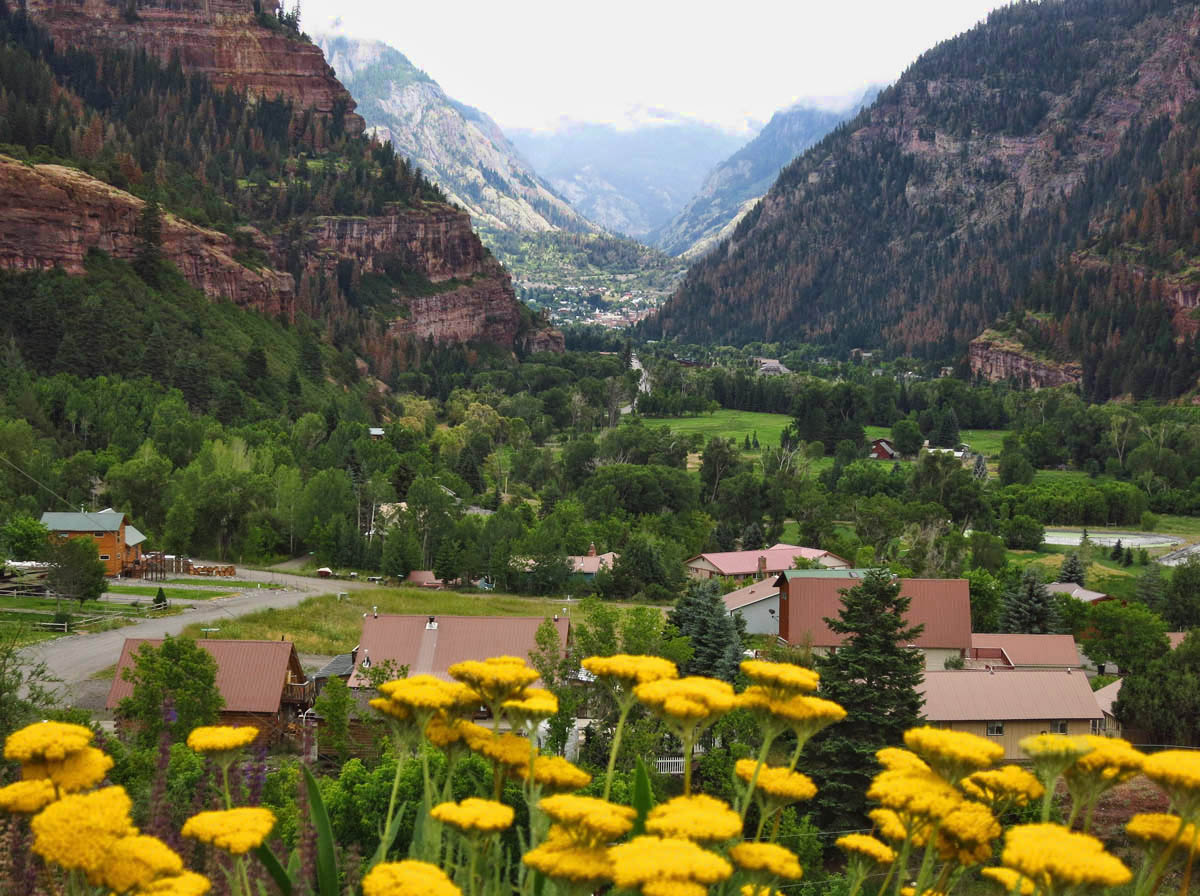 Lovely Ouray in the distance. 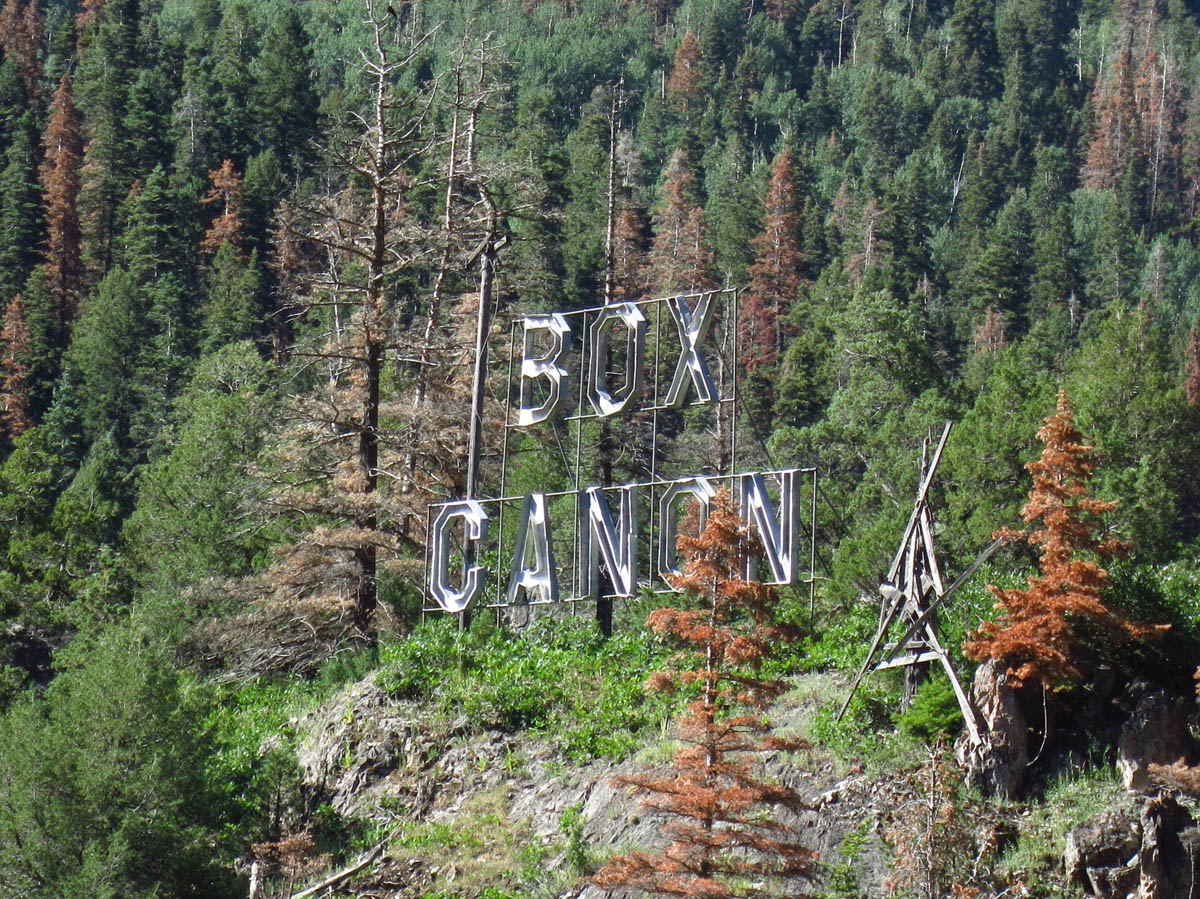 When you’re this beautiful, Y not?… 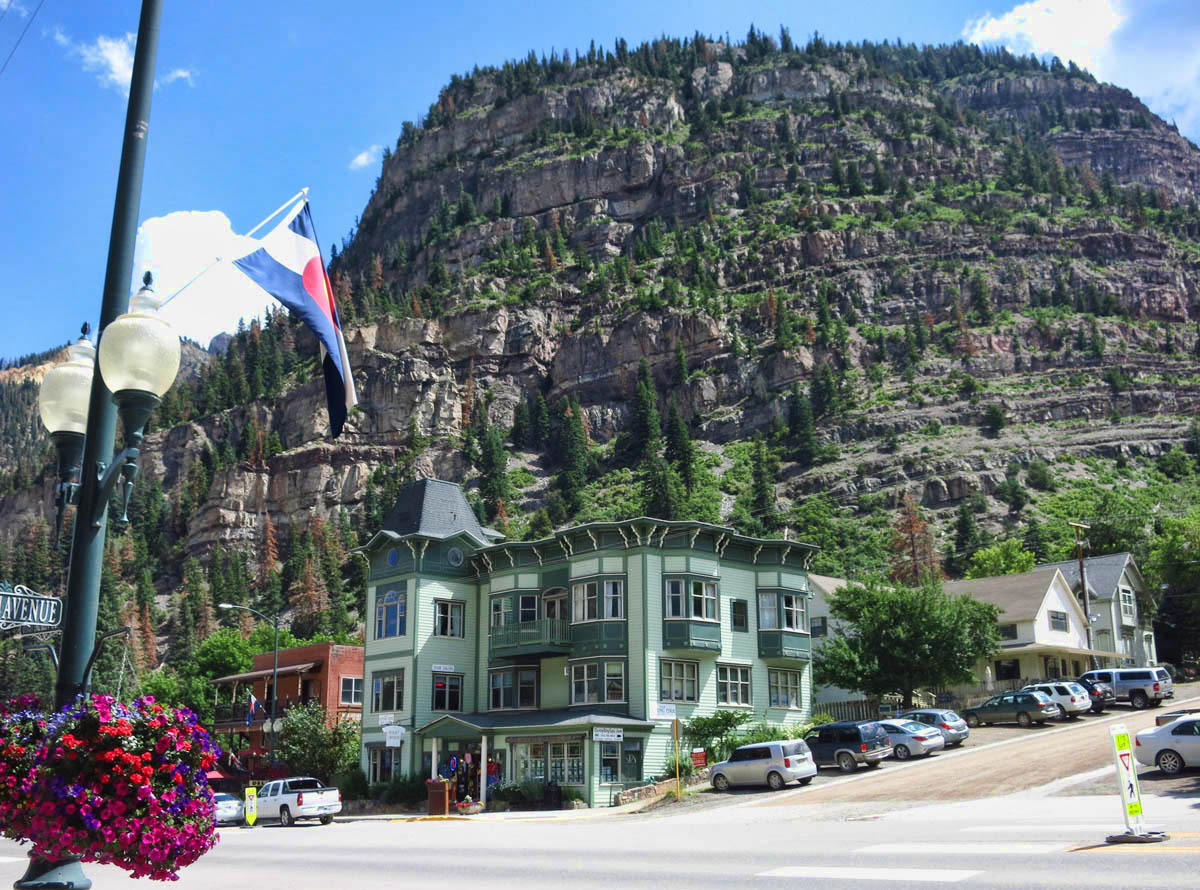 I can’t remember when the conversation shifted from “Where will you be spending this summer?” to “Colorado sounds good!” It had to be sometime during the 98 degree heat of Mittry Lake, when the calendar felt like it had flip flopped “down under,” and I was wearing flip flops with my summer shorts in January. Seems like the seeds had to have been planted at one of those nightly happy hours, as all the same participants are on a converging path into Mark and Bobbie’s back yard. Jim and Gayle, Debbie, Kim, Chris, and who knows who else might show up before Ouray hangs out the last “No Vacancy” shingle. And that’s just the Mittry contingent. Add in John Q and Joallen from our red rocks hikes last fall, and Chris and Mindy, “jeepers” and BCB fans from Illinois, and well, it’s a party in the making. 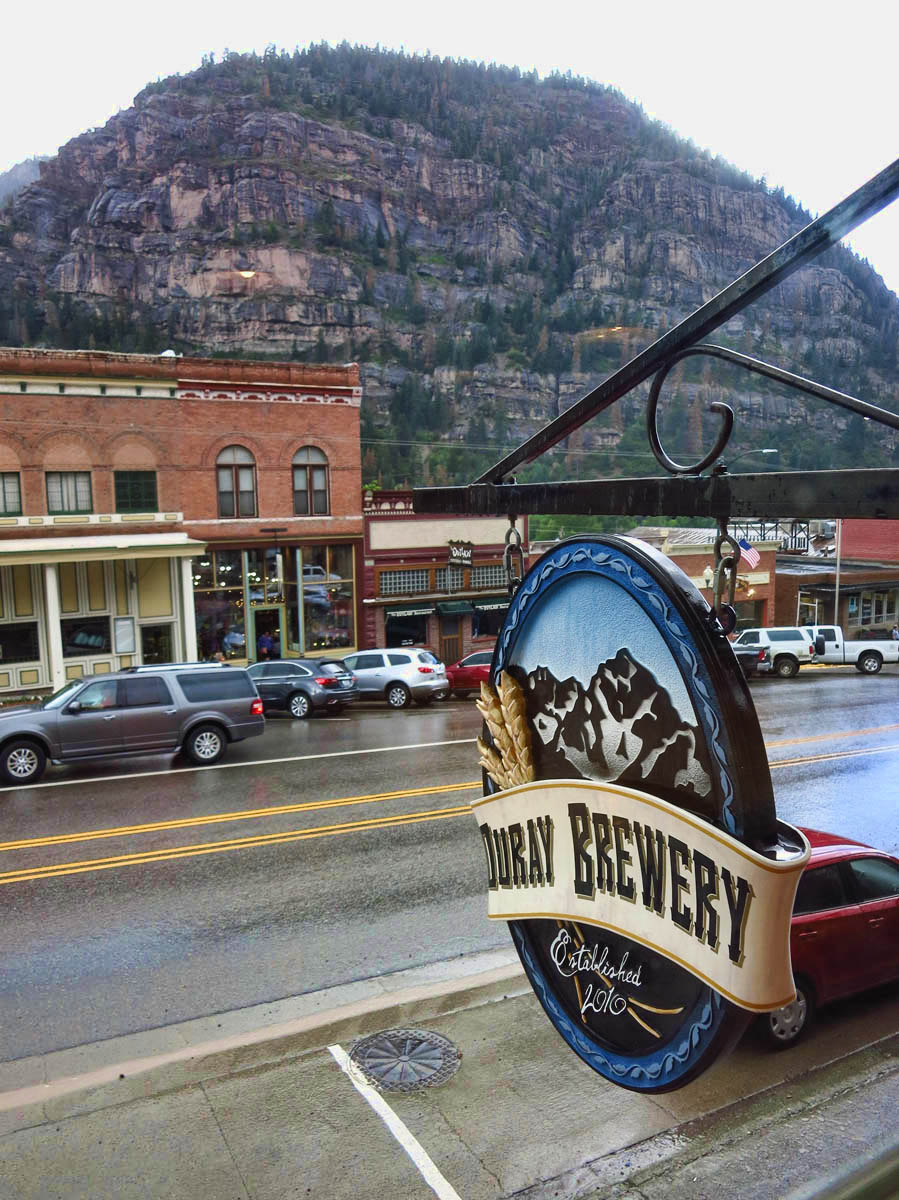 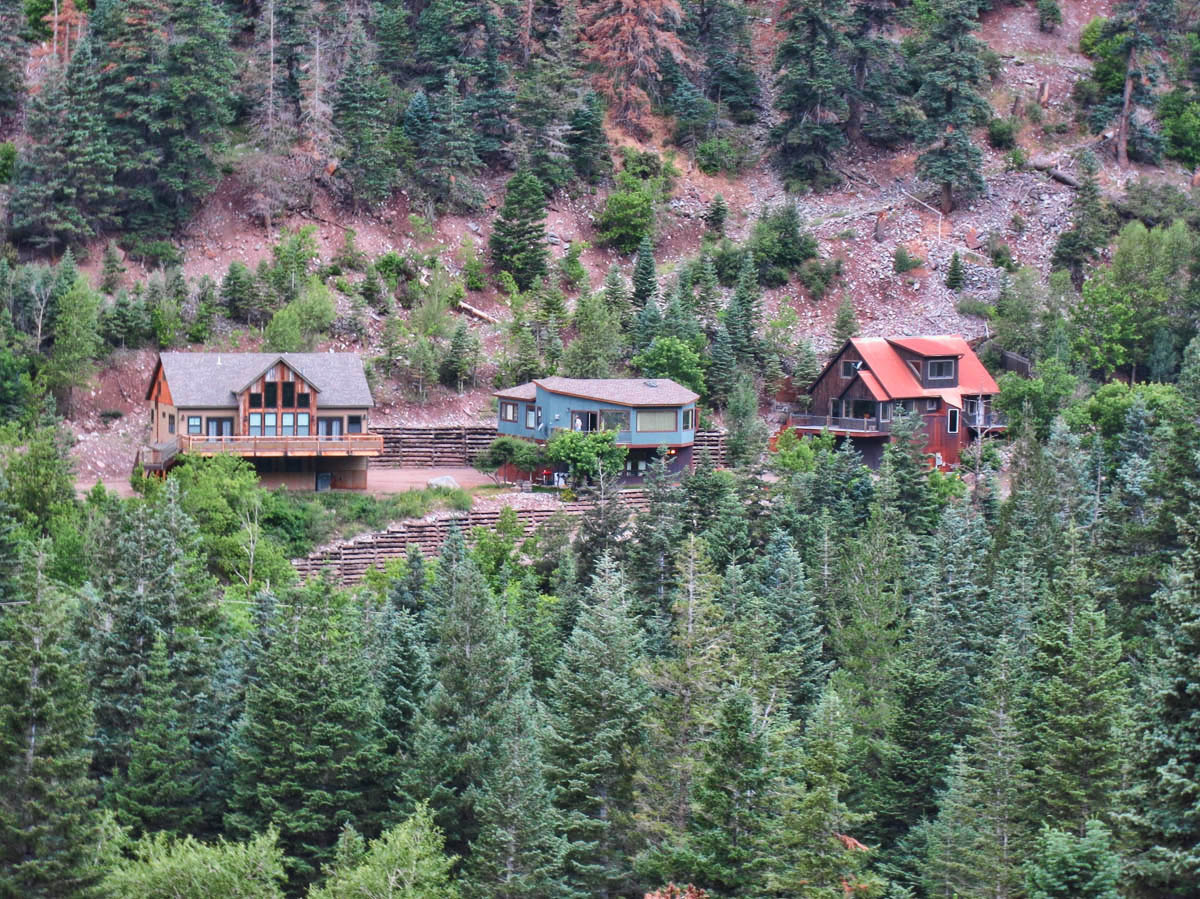 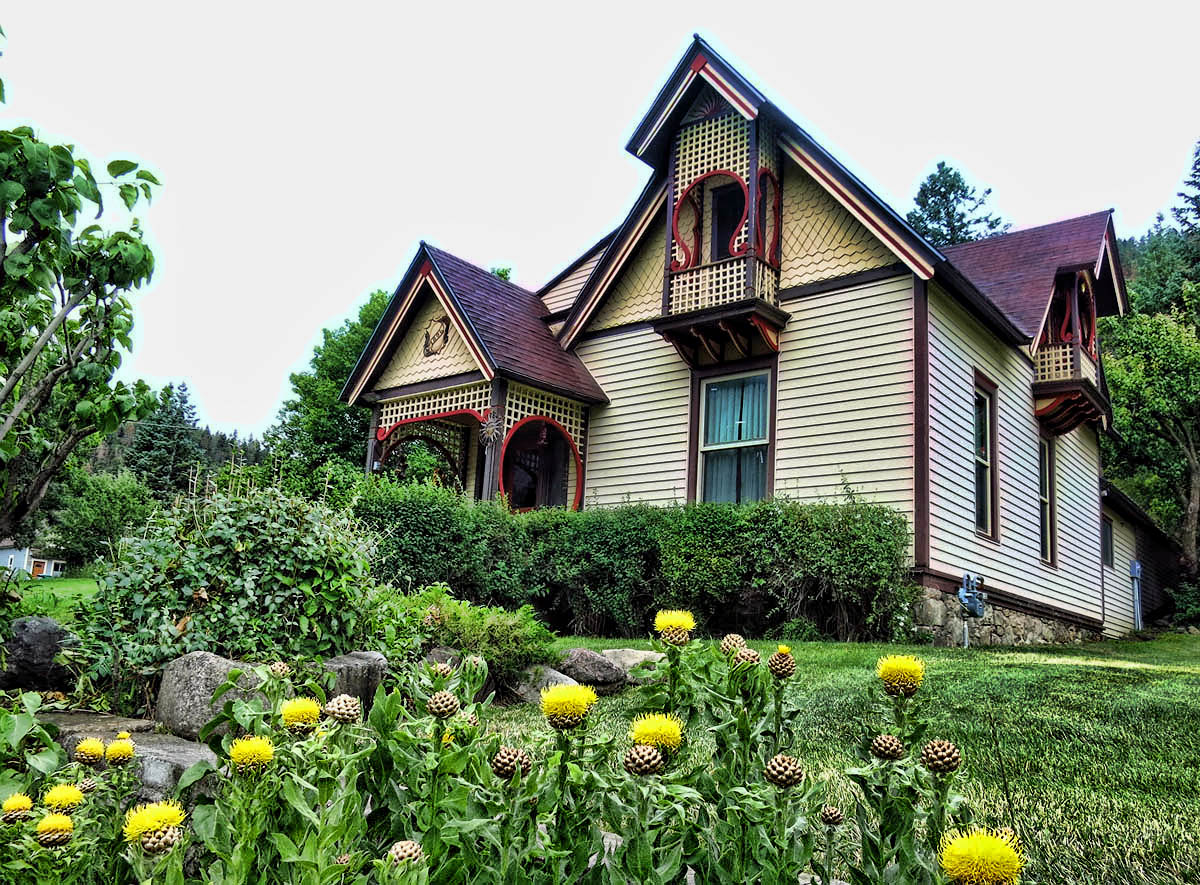 Beautiful Victorian homes line the side streets. This one dates 1896.

But given the circumstances back home, I thought I was going to have to RSVP to the party with regrets this summer. It just seemed impossible from where I was sitting in Central Texas. One by one, the house of cards kept folding, from spending the 4th of July in the ER with my Mom having an allergic reaction to an antibiotic, to having a rodent take up residence in the Tracker AC blower. One after another, my red letter departure dates on the calendar kept getting scratched out. 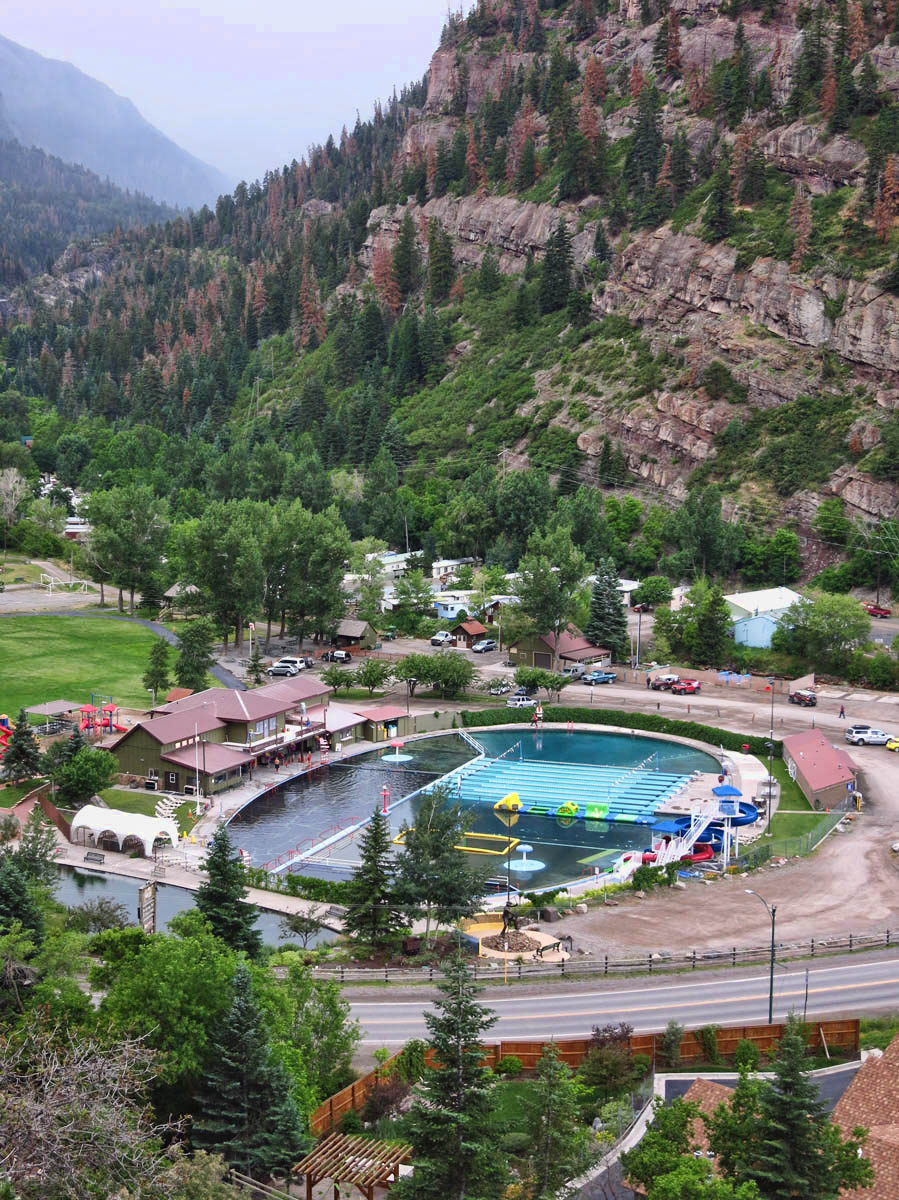 The calm before the summer storm at the Ouray Hot Springs Pool. 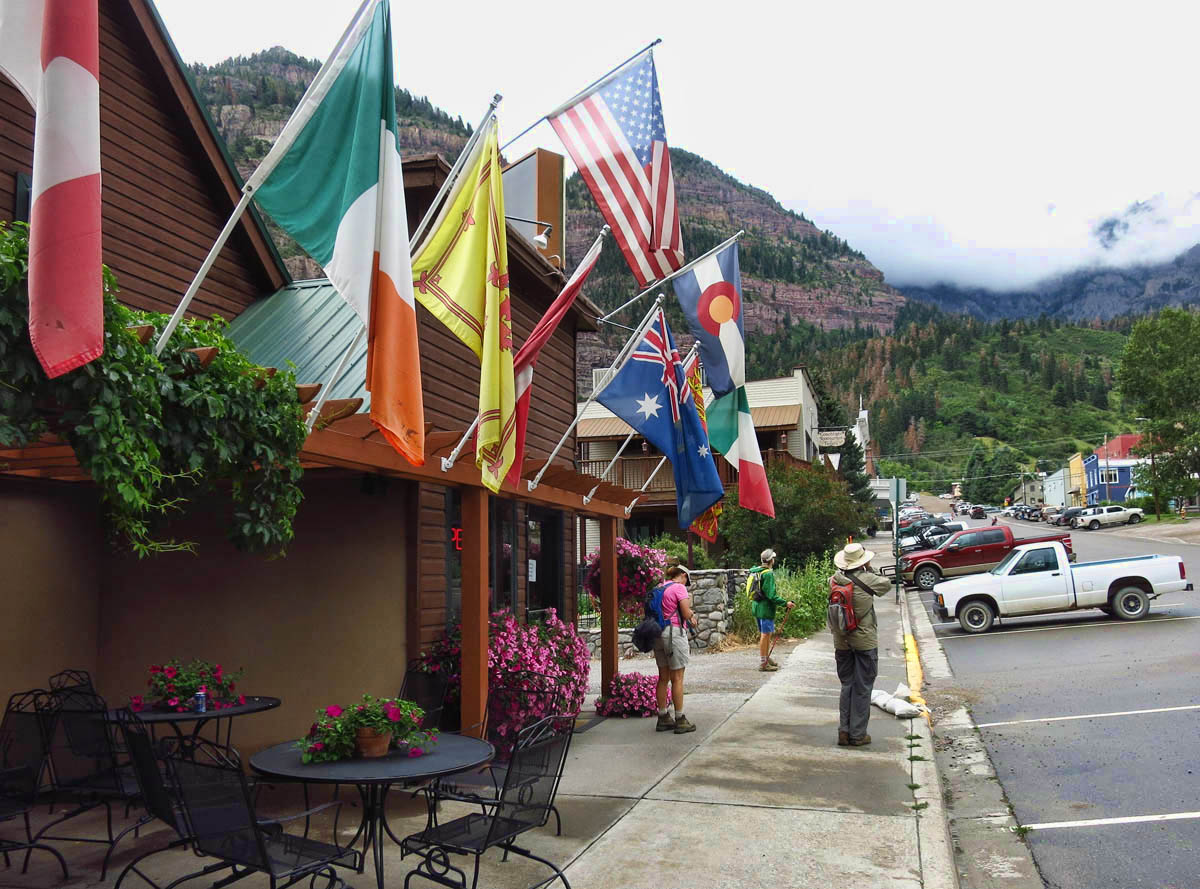 I said if I can just get to the Colorado border and get a whiff of relief from the heat, I will be happy. But once I was within striking distance just on the other side of Monarch Pass, I felt like it was within reach. As long as the situation remained stable back at home, I had to go for it. 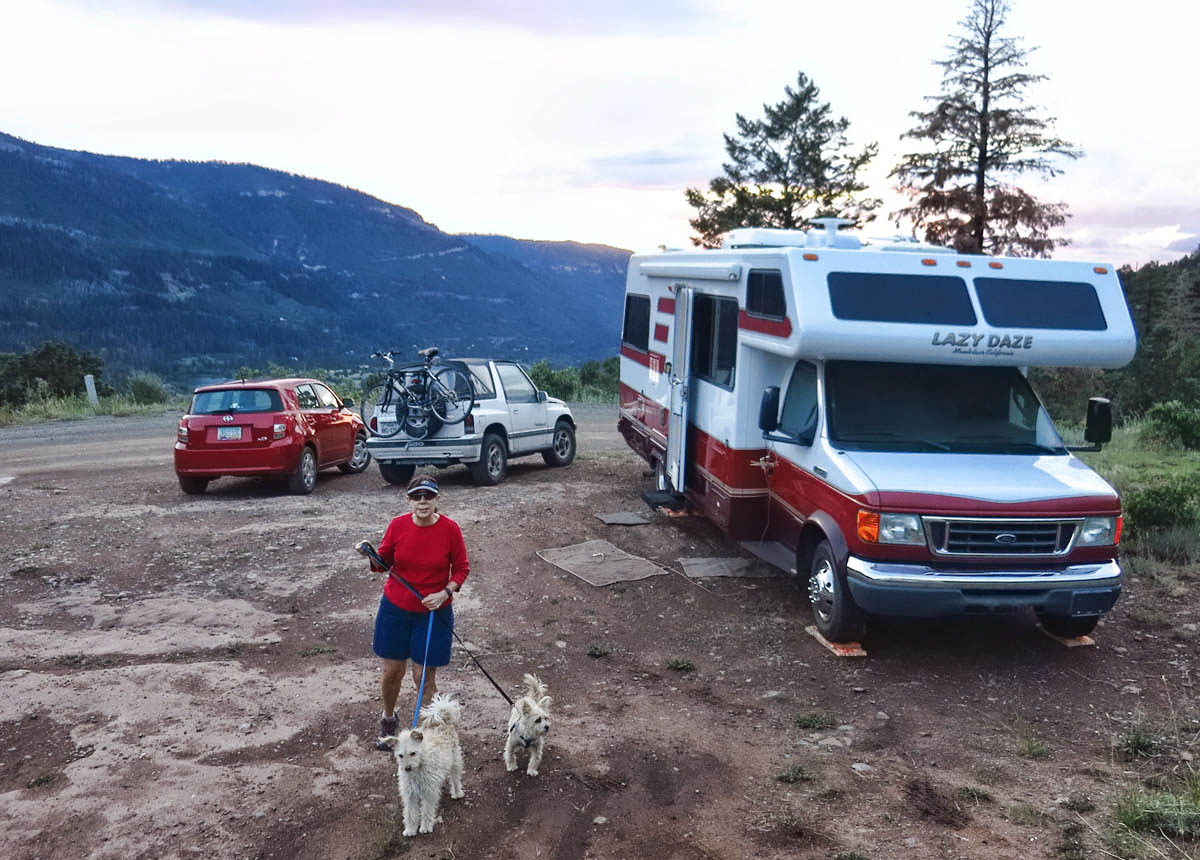 The Venus farm sits on what is considered a “hilltop” at an elevation of 600 feet. Arriving in the San Juan mountains, it felt like every muscle in my body was competing for oxygen, leaving none for my brain. Ouray is nestled in the mountains at an elevation of 8,000 ft. For every 1,000 feet that you ascend in elevation, a loss of about 3 percent of oxygen absorption occurs. You do the math. I can’t because my brain is oxygen-starved! 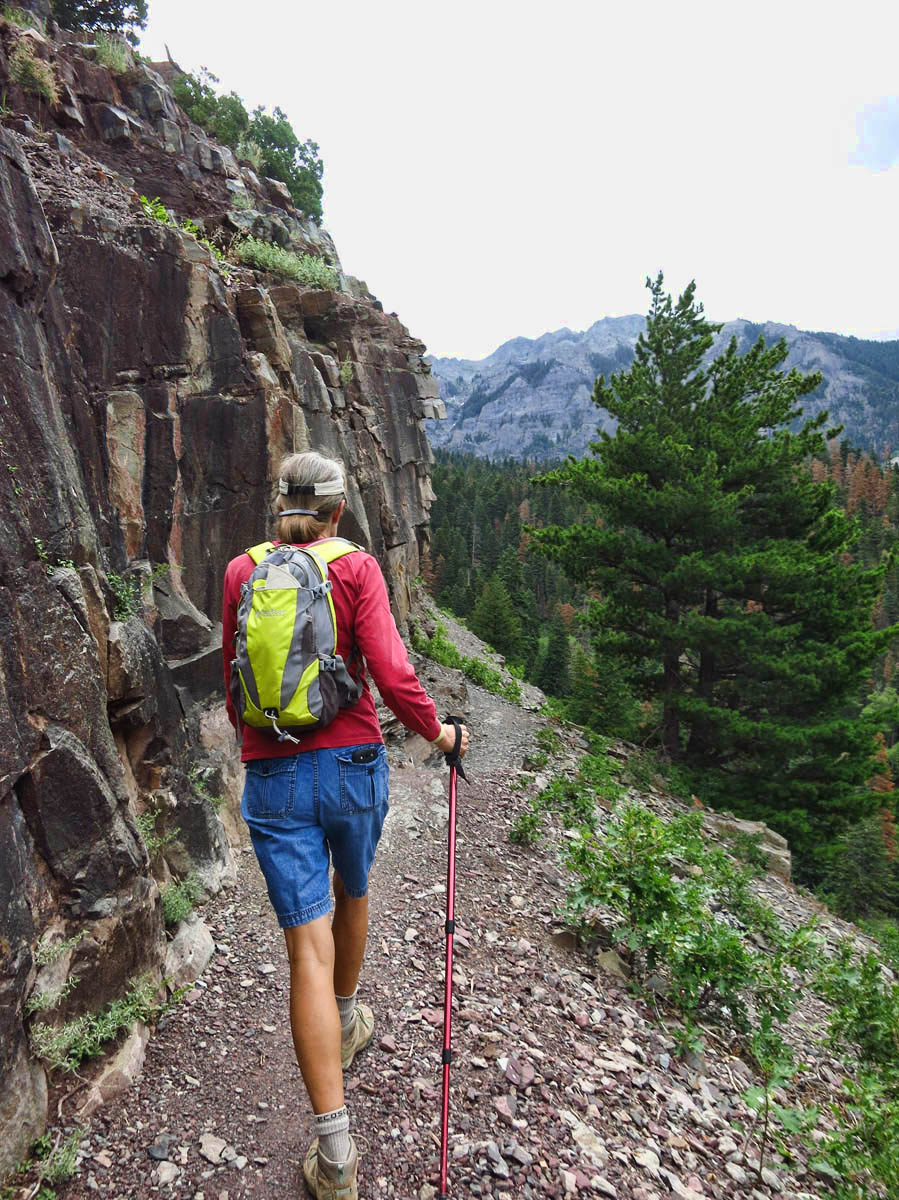 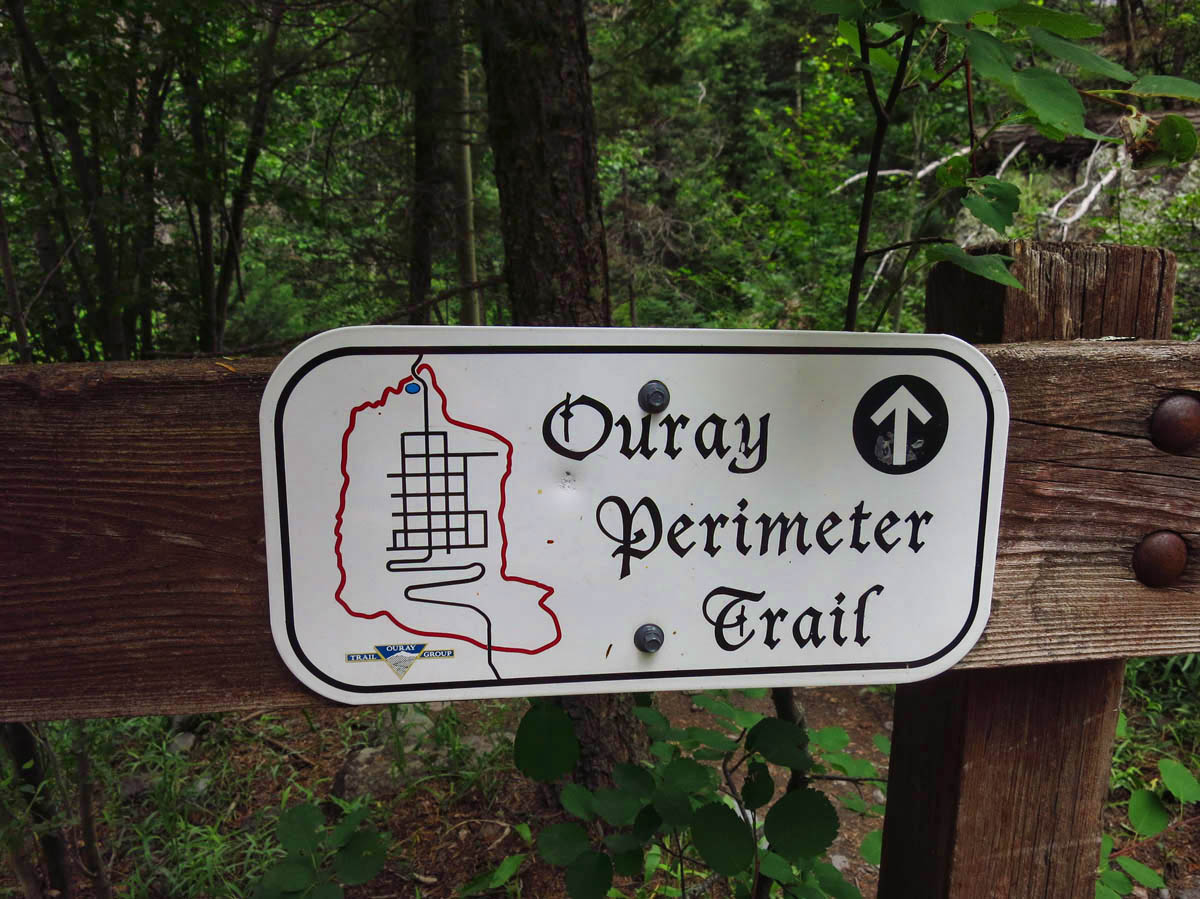 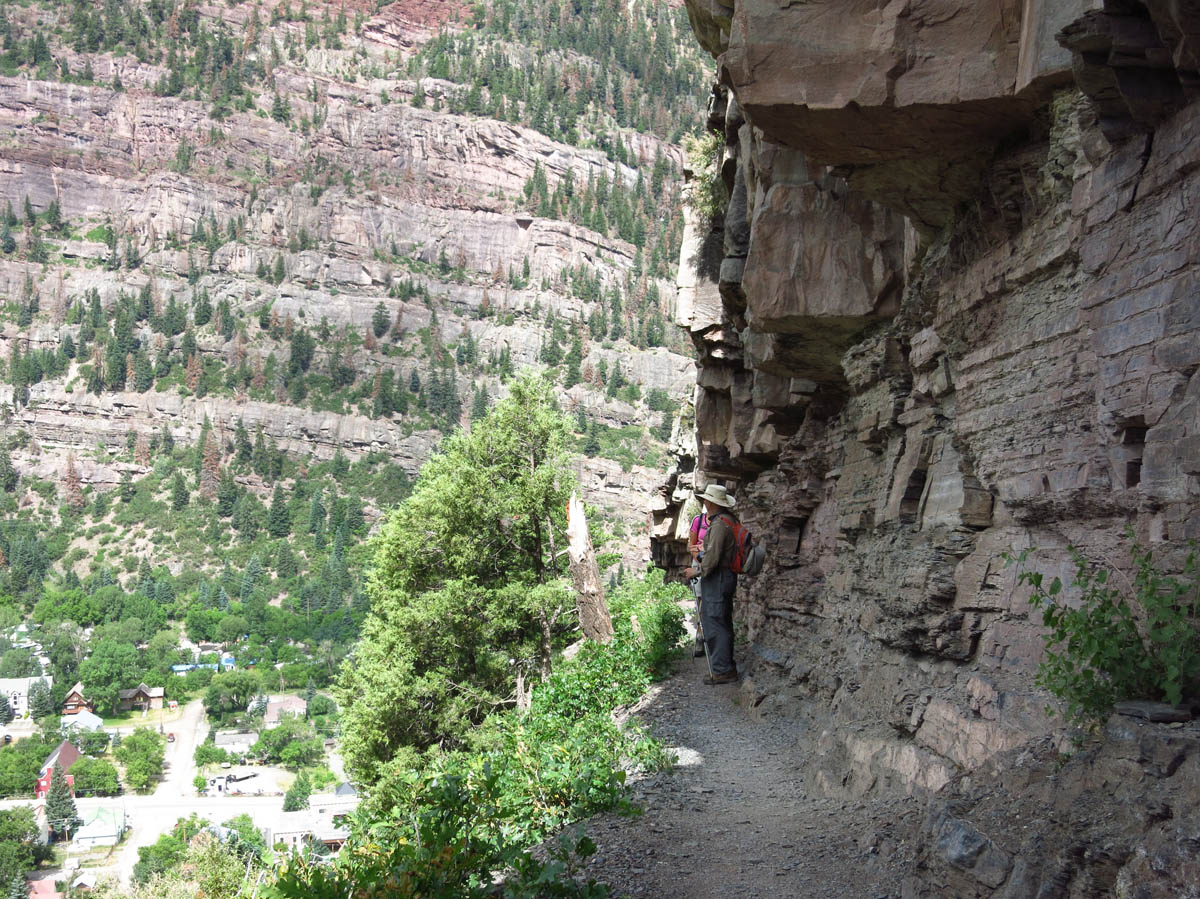 The only thing “level” in Ouray is the surface of the hot springs pool, so it took me an hour (not an exaggeration) to get level. If Debbie hadn’t arrived before me, I may have given up. But she just kept saying “It will all be worth it,” and she was right! 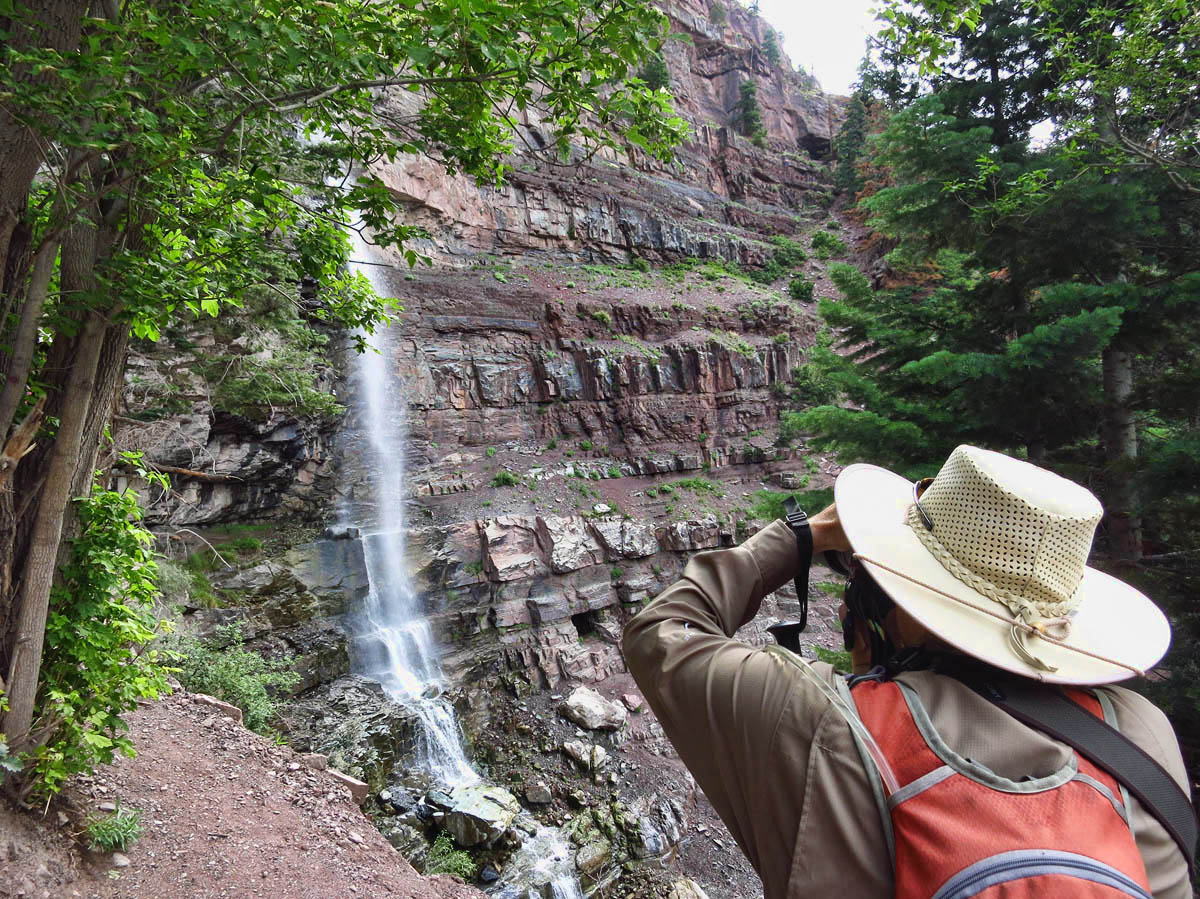 Cascade Falls, along the Perimeter Trail. 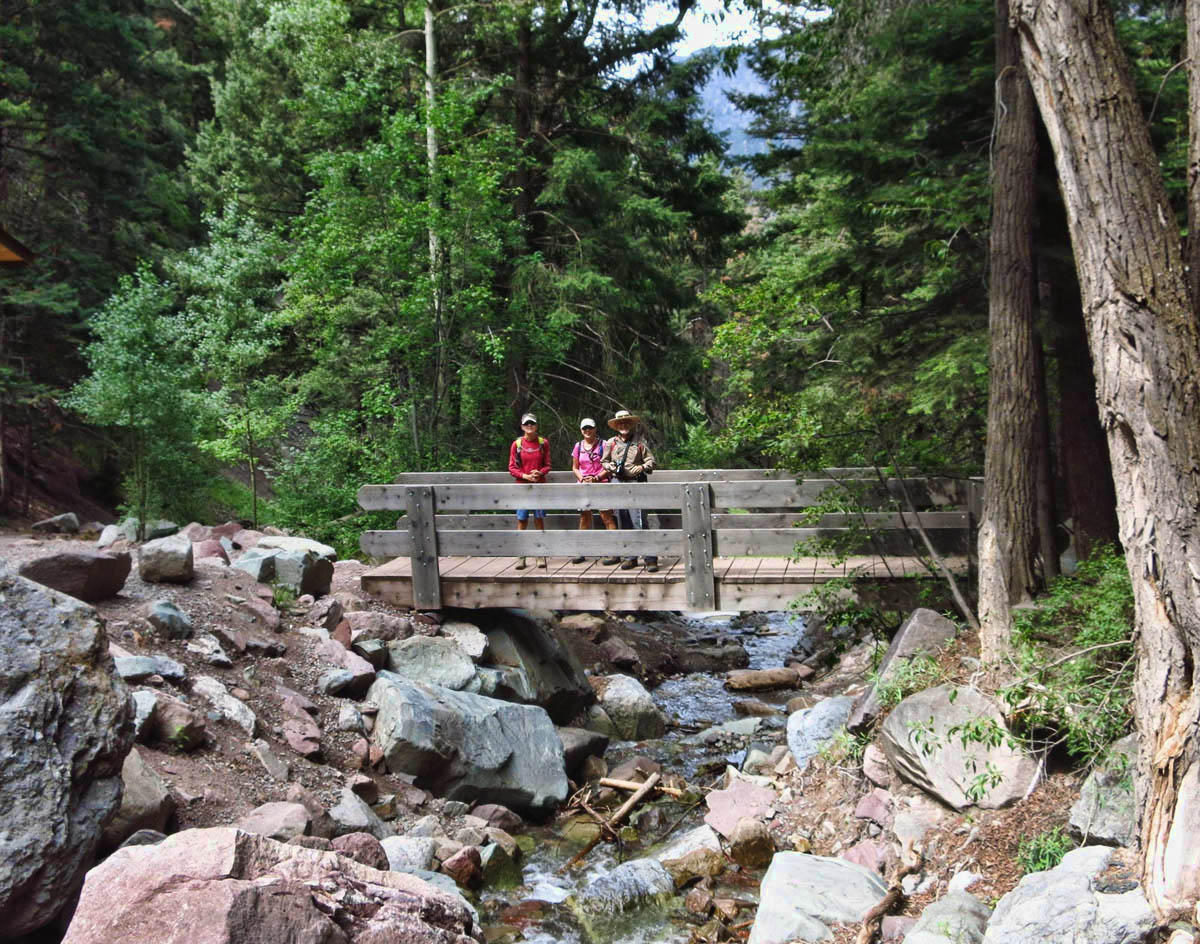 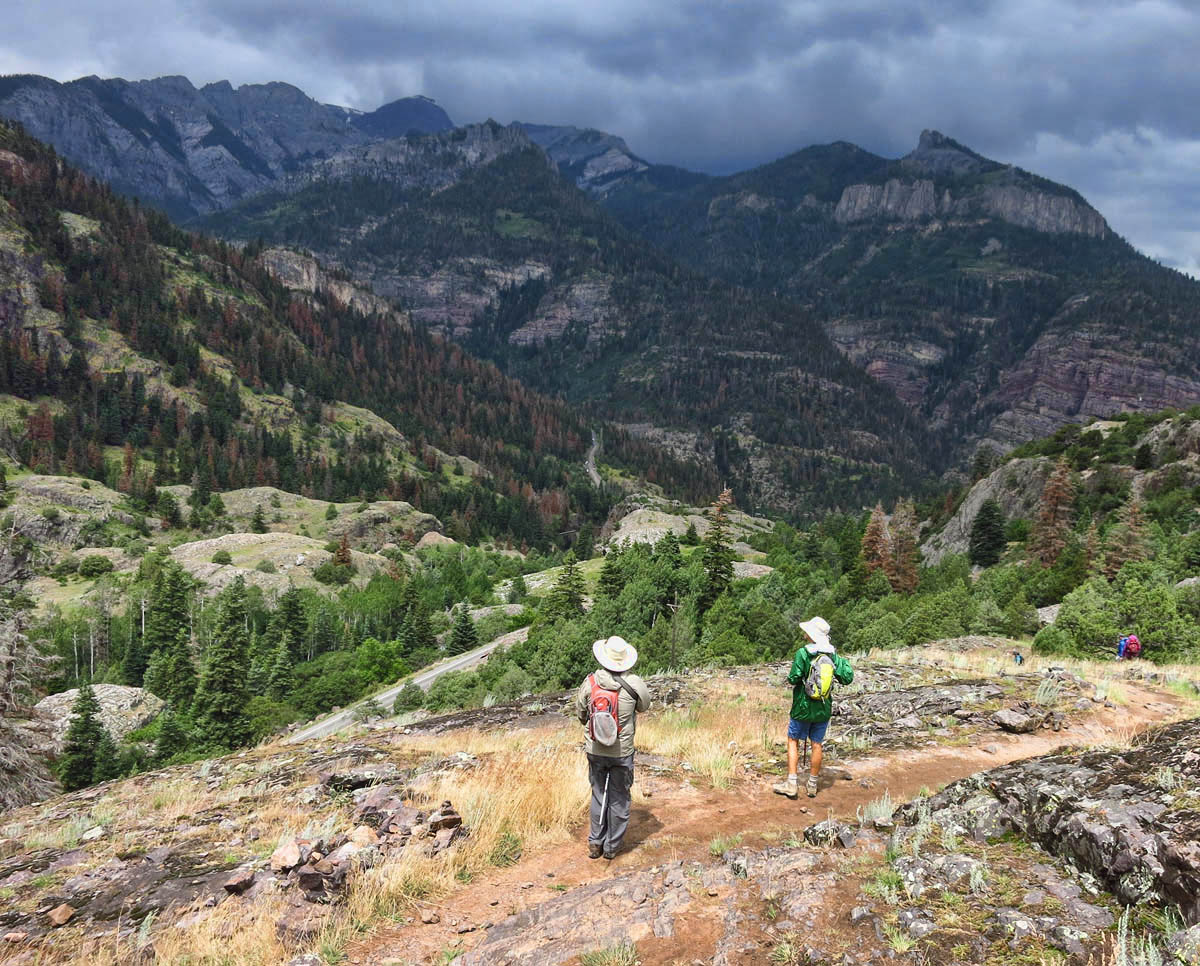 Mark and Bobbie armed us not only with pizza on our first night, but also maps and suggested hikes. In order to acclimatize, they recommended we start off with the Perimeter Trail, a 5 + mile scenic loop overlooking Lovely Ouray. Given their propensity to hike like mountain goats, this trail equates to sending your visiting relatives off for a little window shopping. 😉 We came back with our “shopping bags” loaded with SD cards filled with waterfalls and cliff-side overlooks, Christmas tree smells, wildflower meadows, and some of us, a “Scrap Cookie” or two… 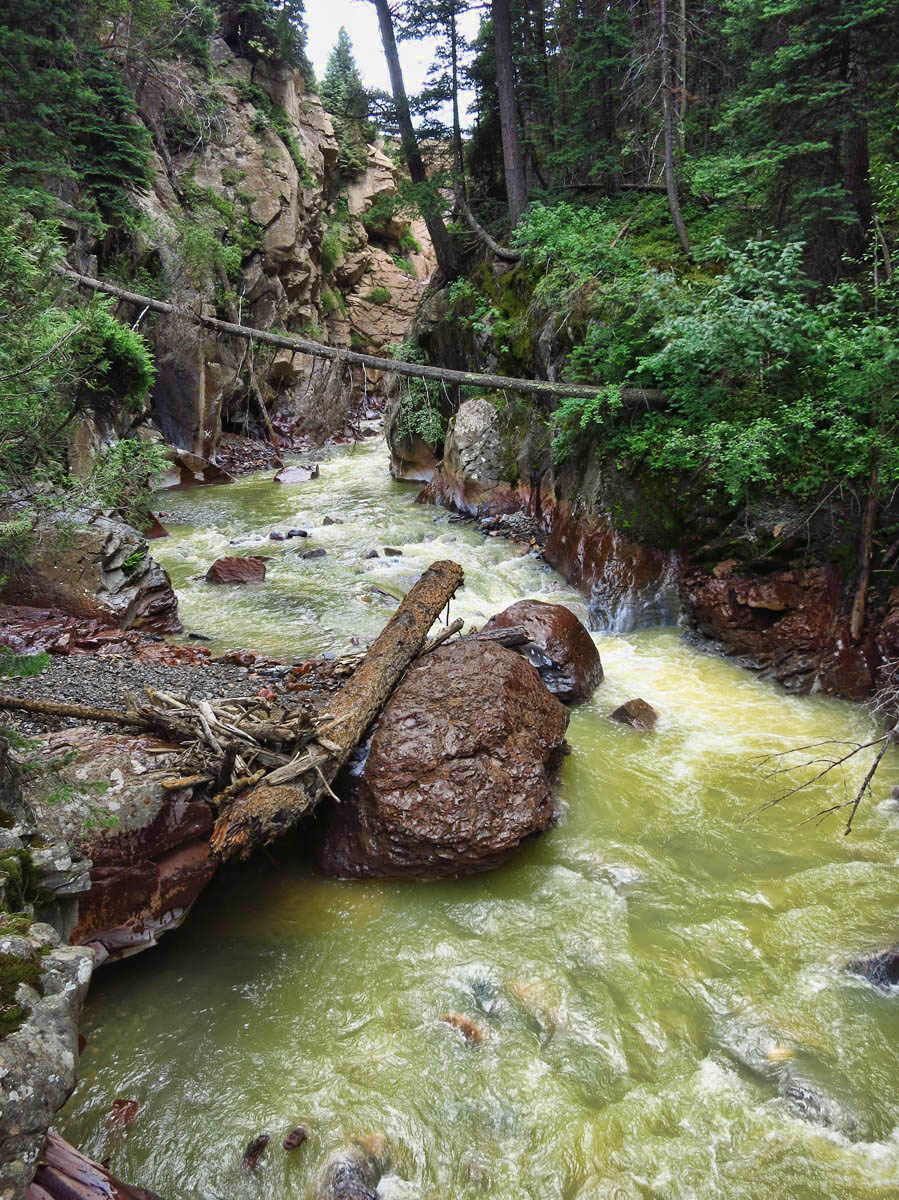 The Uncompahgre River. I never tire of that name. 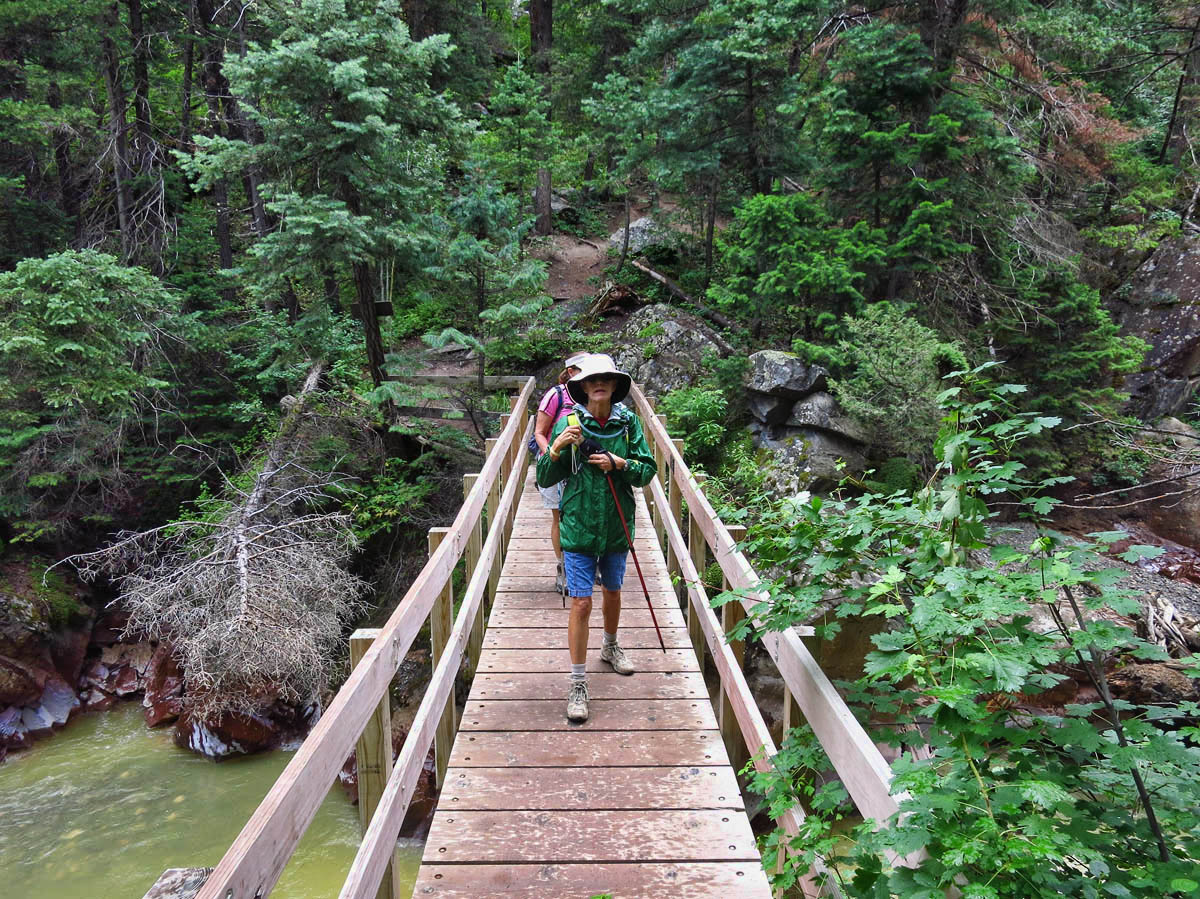 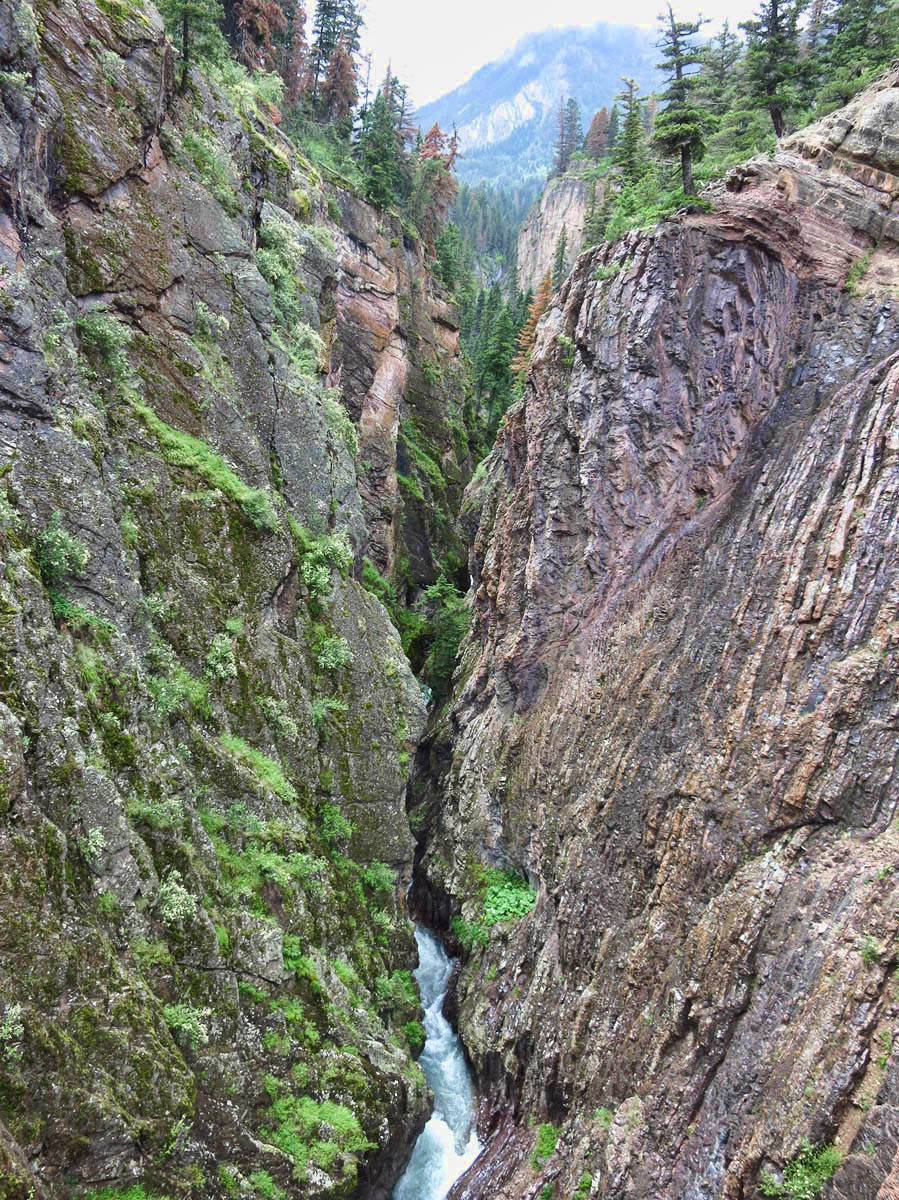 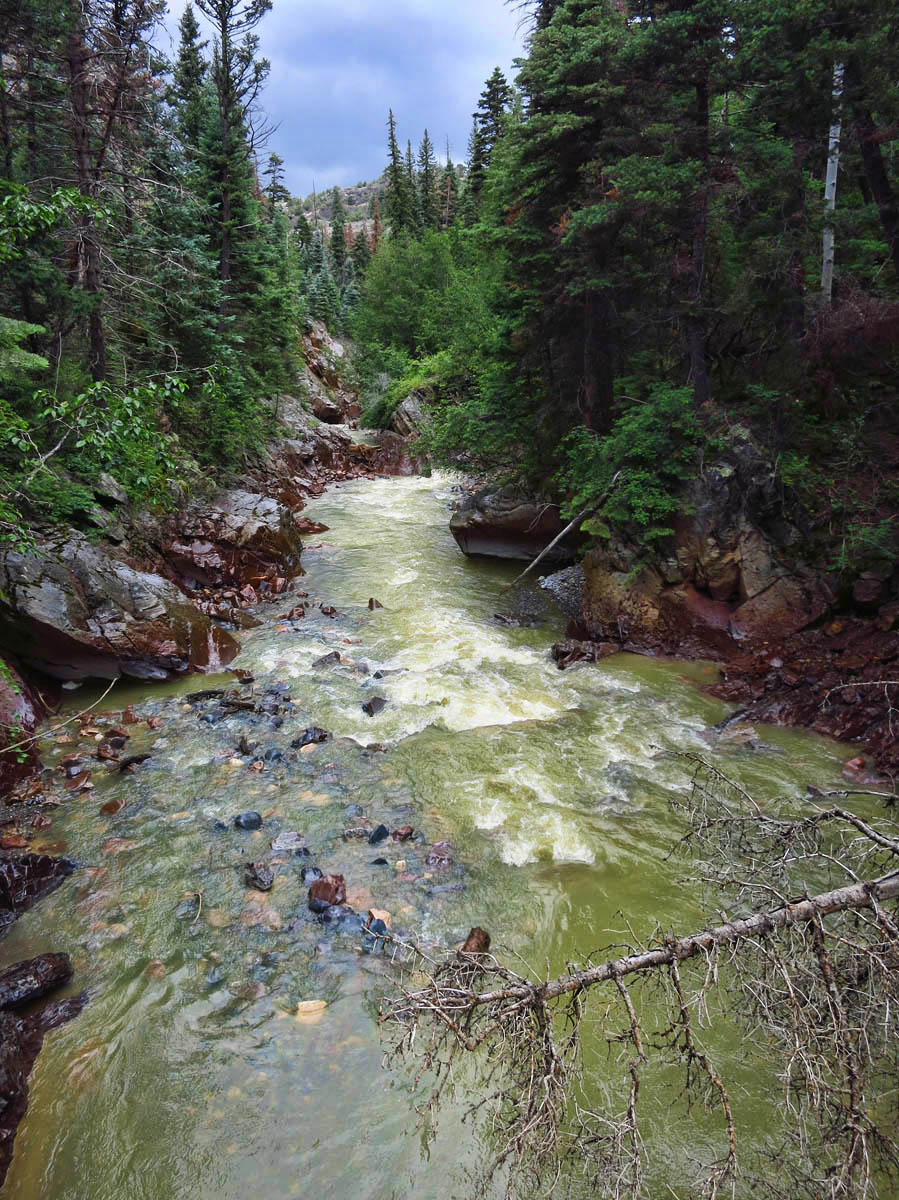 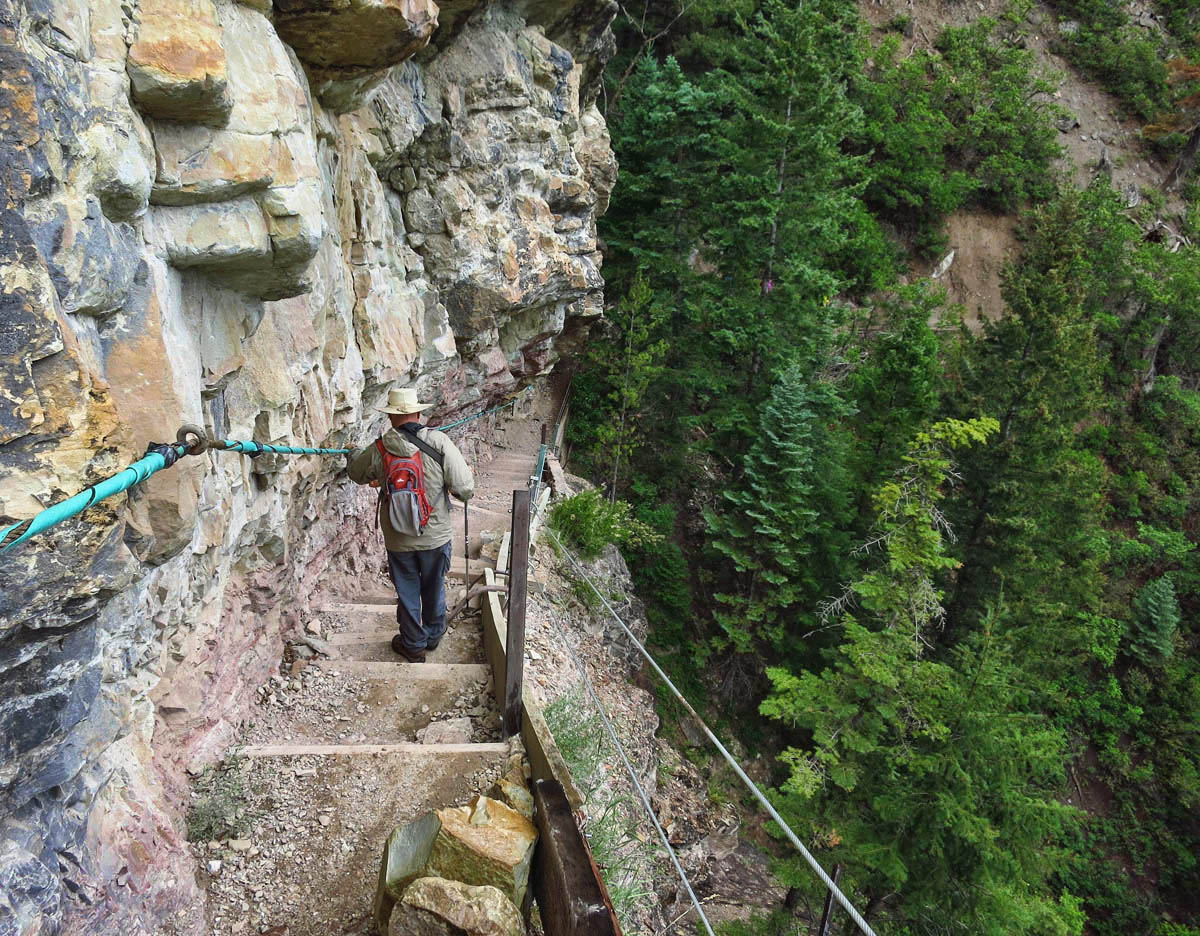 Aaaaaahhh, it feels good to breathe again, even if it is at a 24% reduction in oxygen absorption! 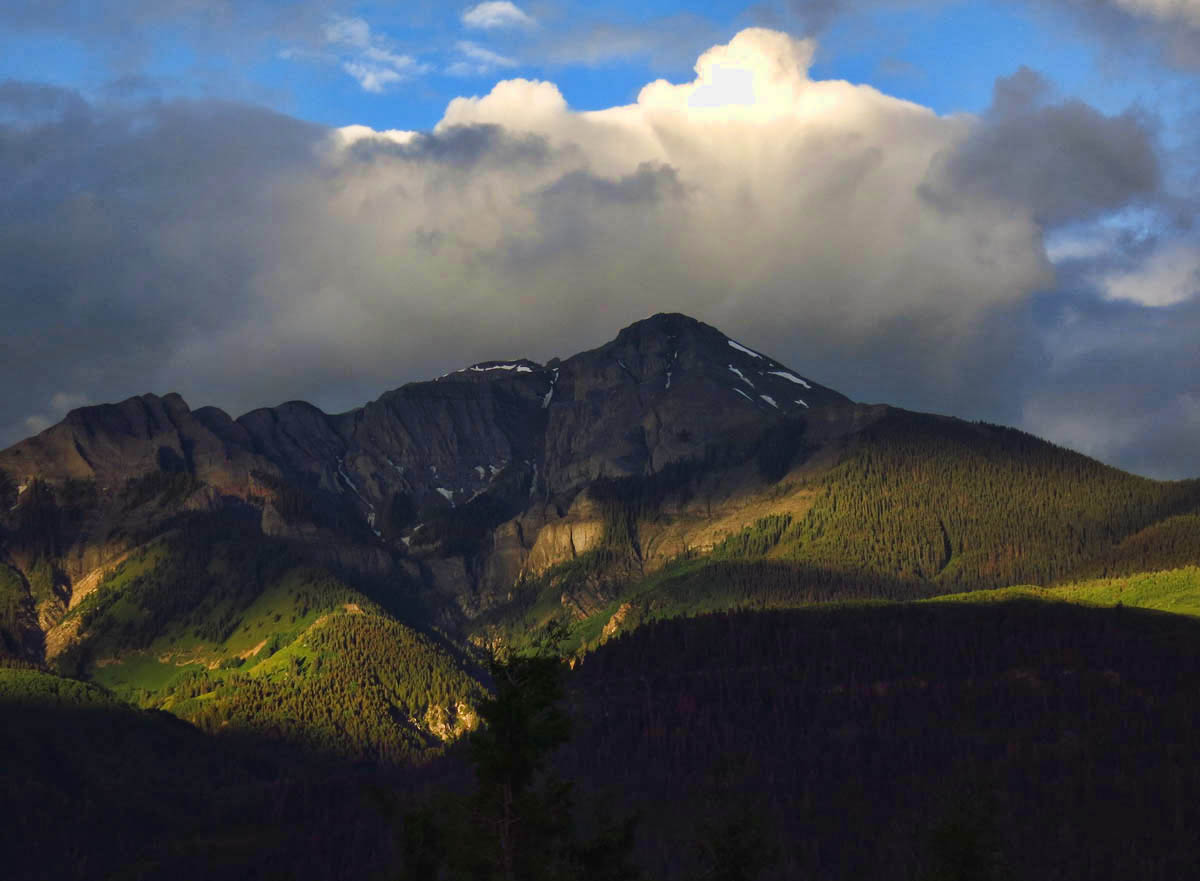