Of all the modes of transportation available to the traveler, train travel has always been my favorite.  I could sit for hours, hypnotized by the clickety-clack of the rails, as I watch the landscape unfold in front of me.   Seats on the train typically offer more leg room than buses or airlines, along with the freedom to move about at will.  Even when commuting in the northeast corridor when the company was footing the bill, the train was always my chosen method of transport.

But my love affair with trains goes much beyond practical transport.   I have gone out of my way and to great lengths to ride historic trains, often planning entire vacations around them.  So I knew I wasn’t leaving Southwest Colorado without a ride on the Durango Silverton Narrow Gauge Historic Railway. 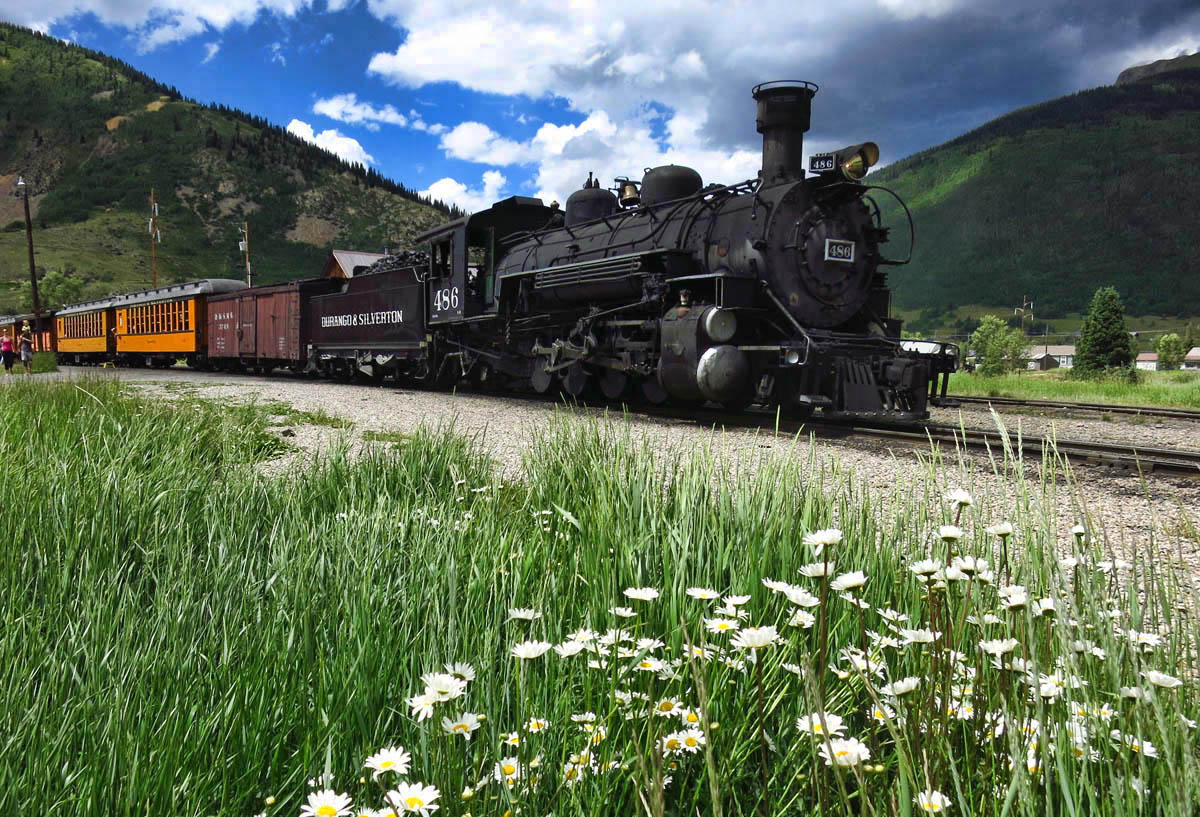 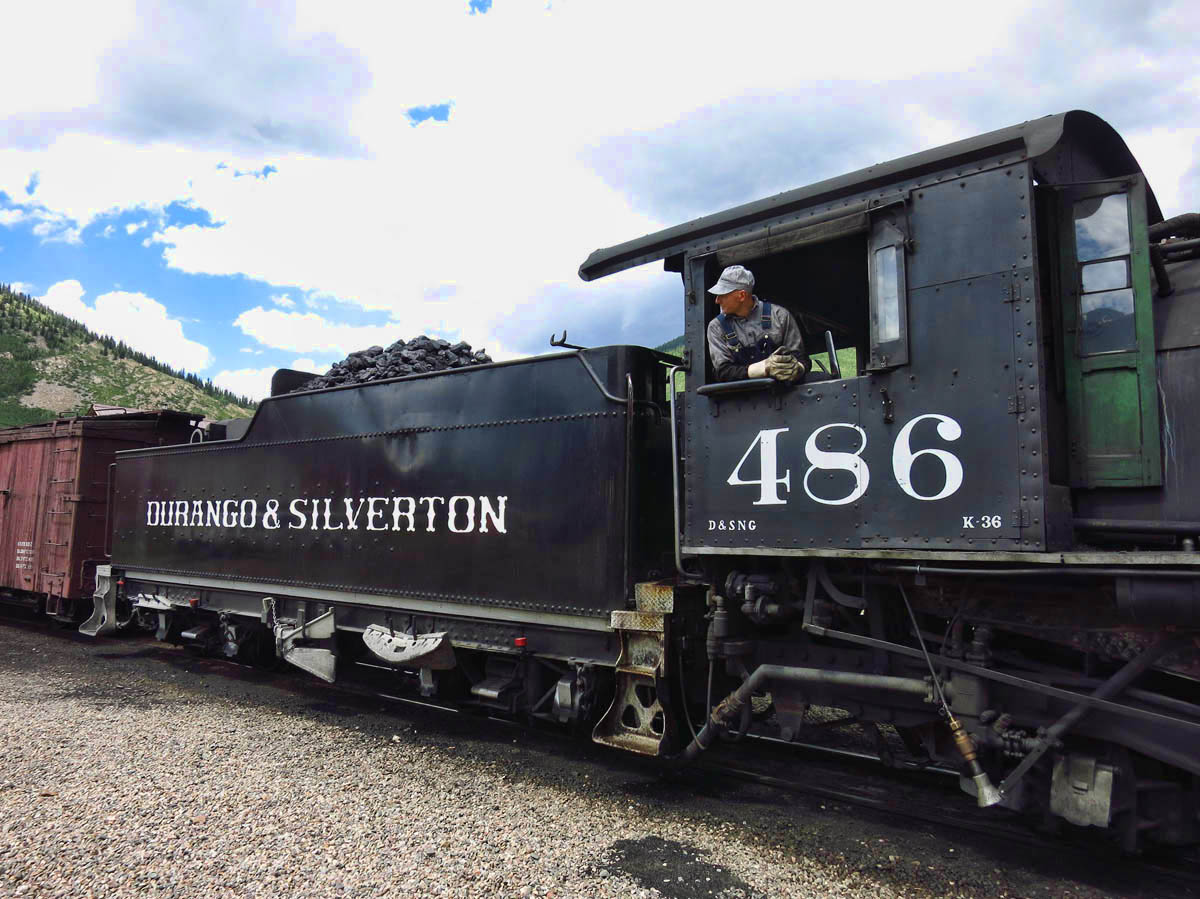 Construction on the line to Silverton began in 1881, originally built to haul silver and gold ore from the San Juan Mountains.  The “narrow gauge” of 3 ft or less was used frequently in mining operations, both because the smaller scale would fit through the tight “cuts,” but also the smaller radius curves made for better mobility through the mountains. 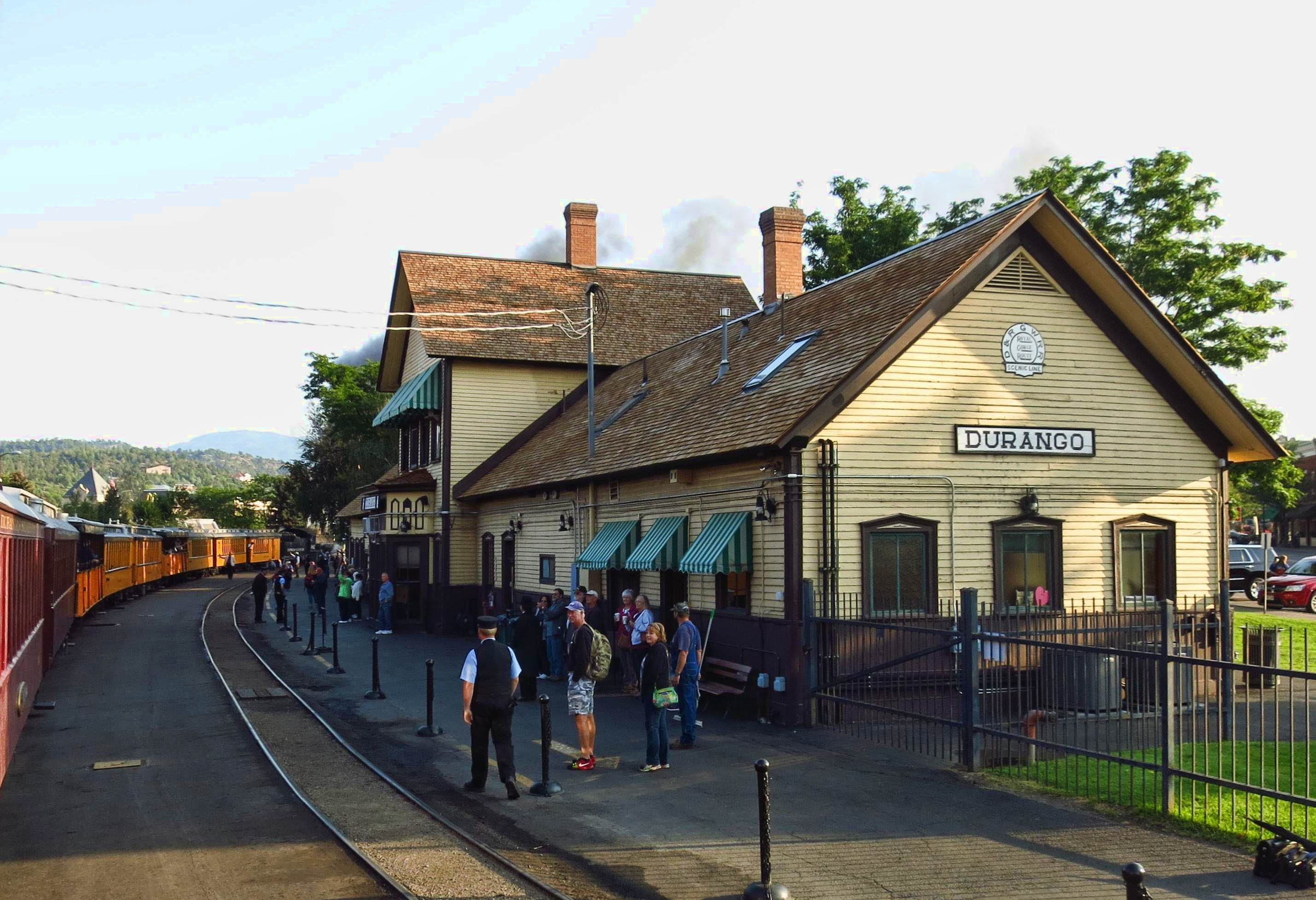 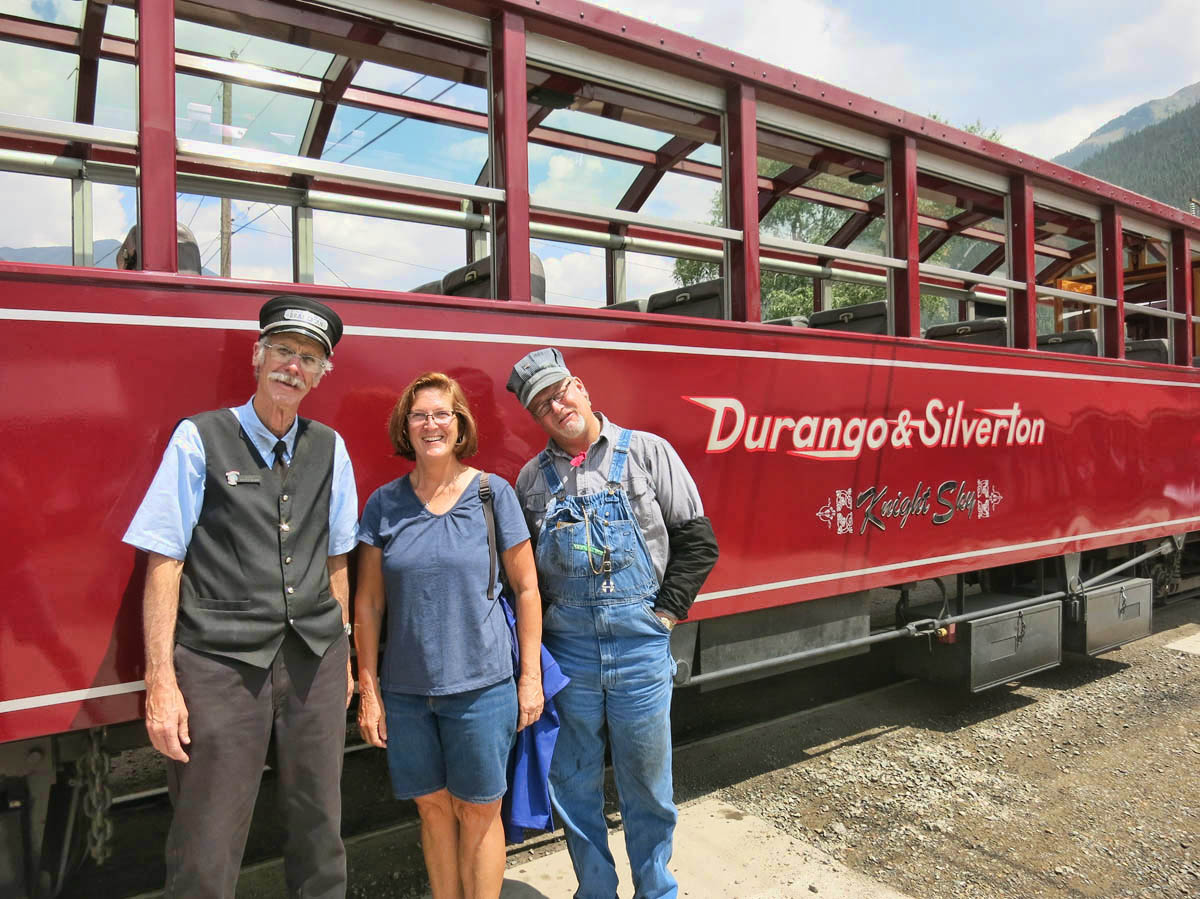 It’s sometimes a fine line between pleasure and pain when visiting tourist attractions in the summer months.   I spent an inordinate amount of time trying to choose the right venue for my train ride in hopes of insulating myself from the “cattle car” feeling I had seen at the station.  Arms and upper bodies hanging out the open sides of the gondola car, a dozen elbows protruding horizontally out the windows in the “iphone photographers stance.”   I decided this was too important to leave it to chance of getting stuck in a car full of screamers.    So I took all the precautions, splurging on a more expensive ticket in First Class. 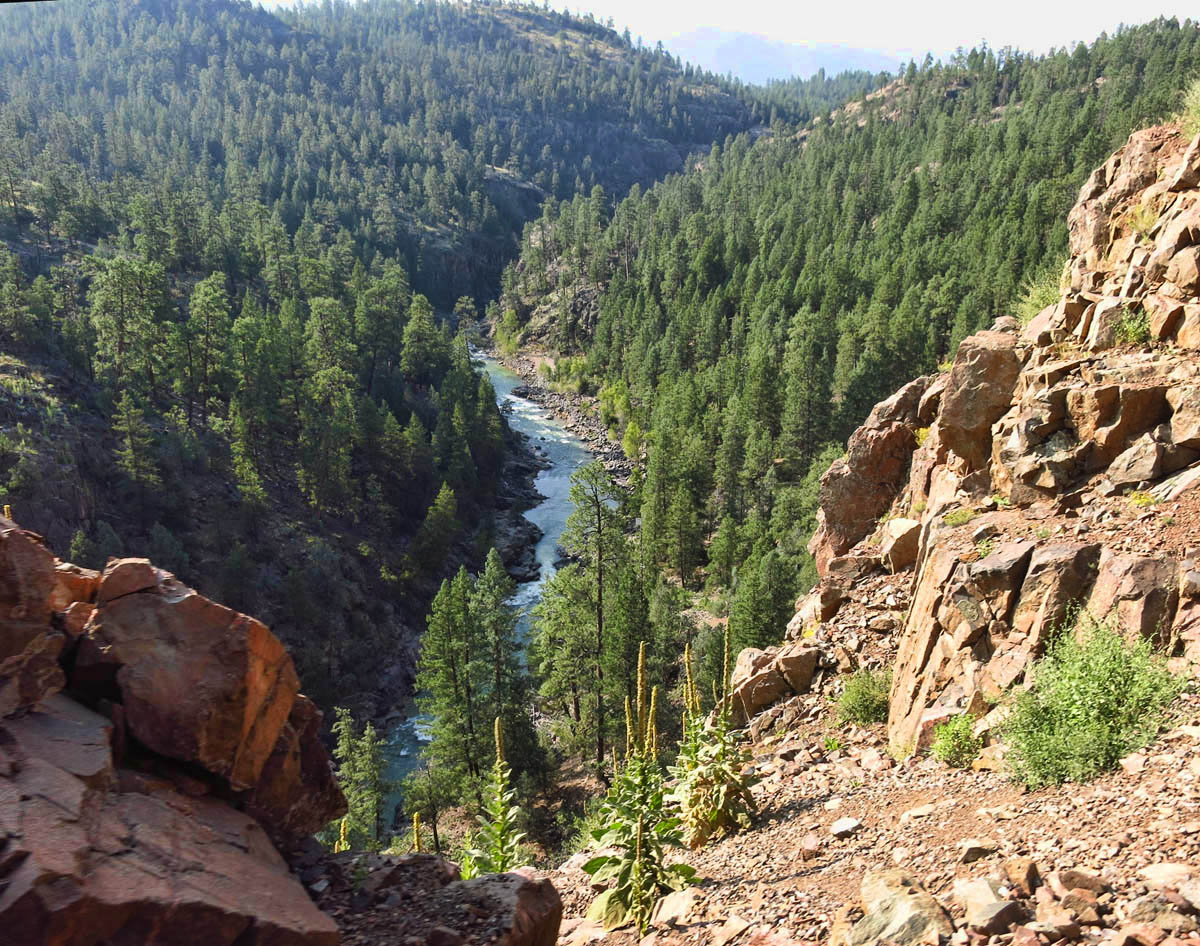 View out the right side going through the “Highline.” 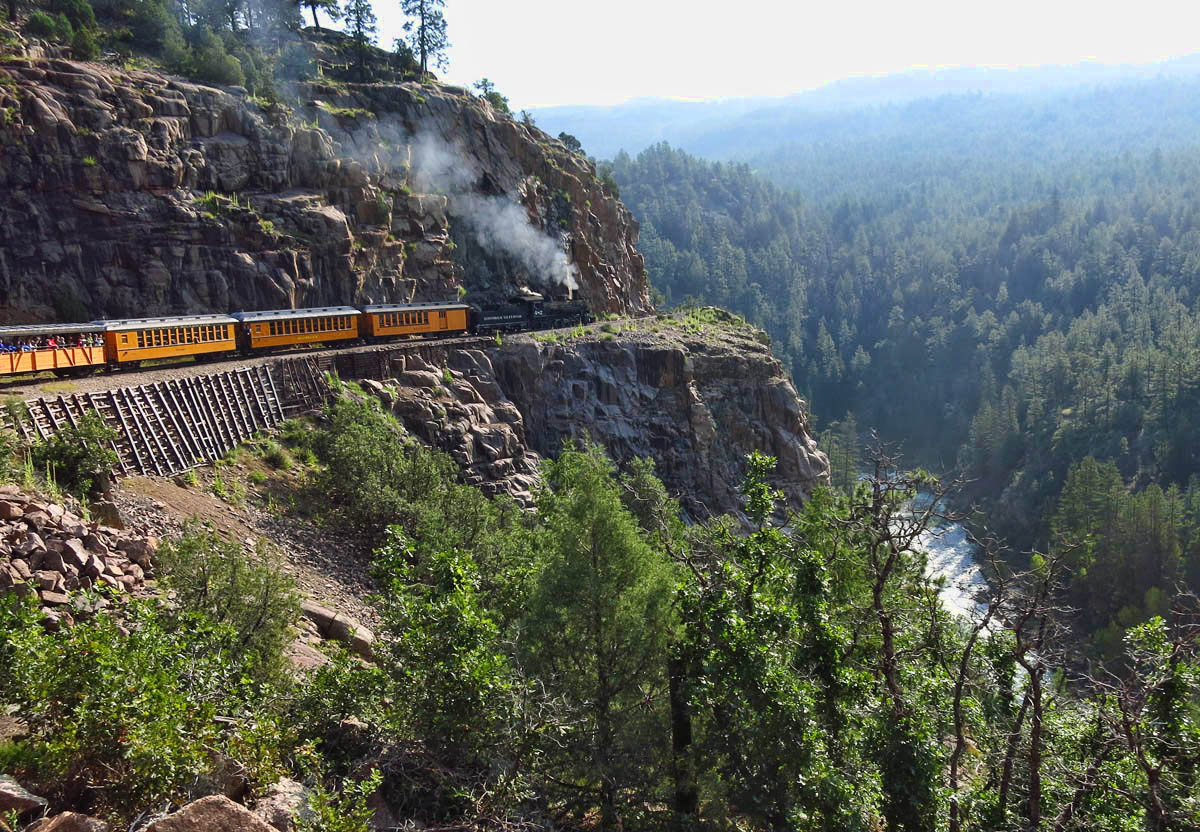 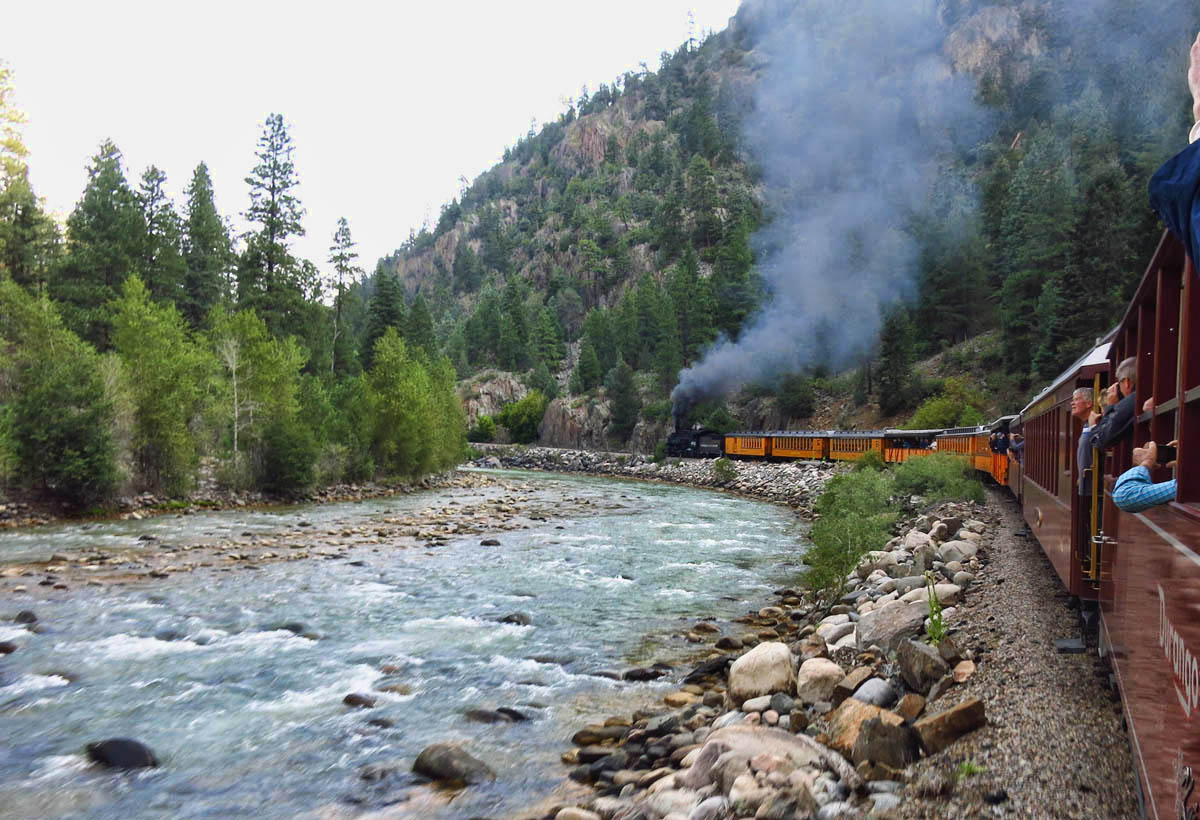 Train follows the Animas River all the way to Silverton

What would my “big splurge” net me, besides souvenir tote bag and insulated mug?  Well, no one under age 18 for one.  And assigned seating…a place to call my own to “park” my junk while I visited the observation decks.   Nice, big comfy airline-style leather seating as opposed to the paralyzing school bus seats on the Blues Train.  And a “host,” the charming Tim, who would bring Bloody Marys and beers to my seat as long as I kept my tab open.   And did I mention, no kids allowed in the car? 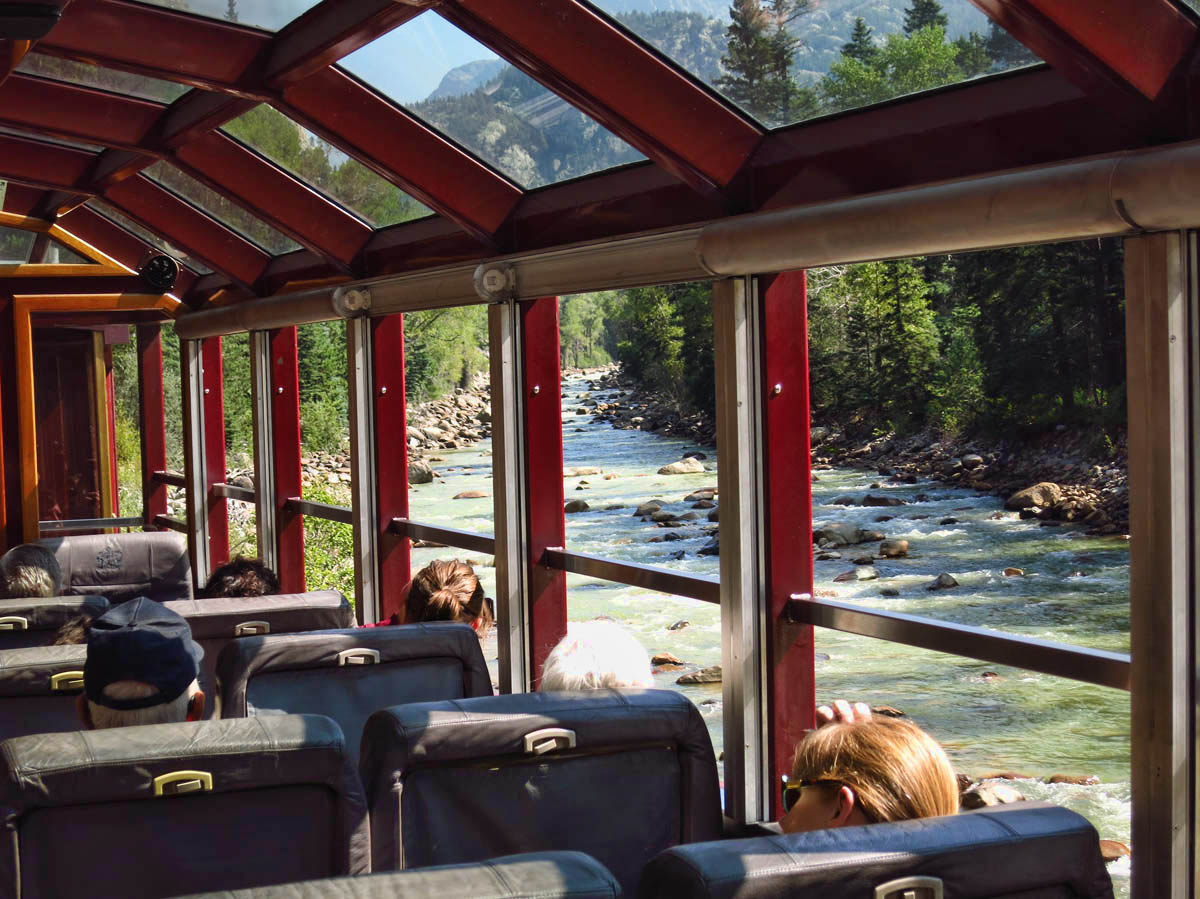 The Knight Sky glass car allows for good views all around. 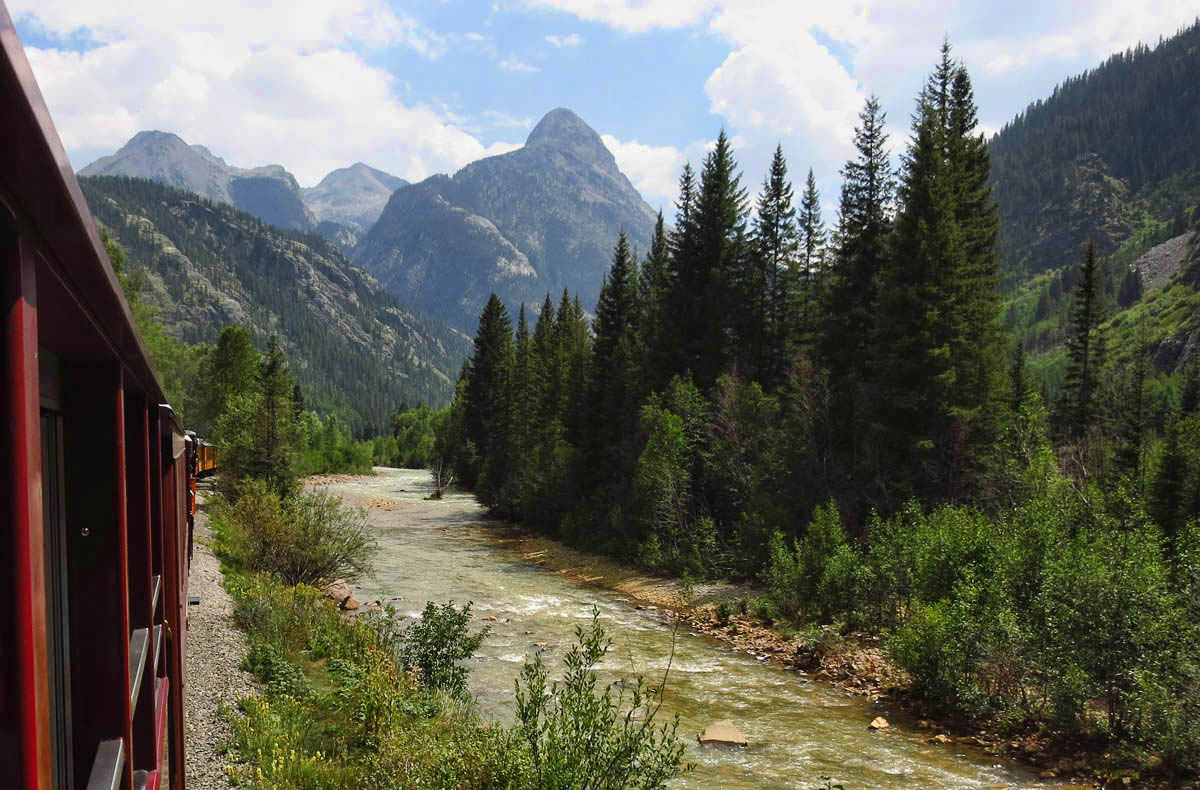 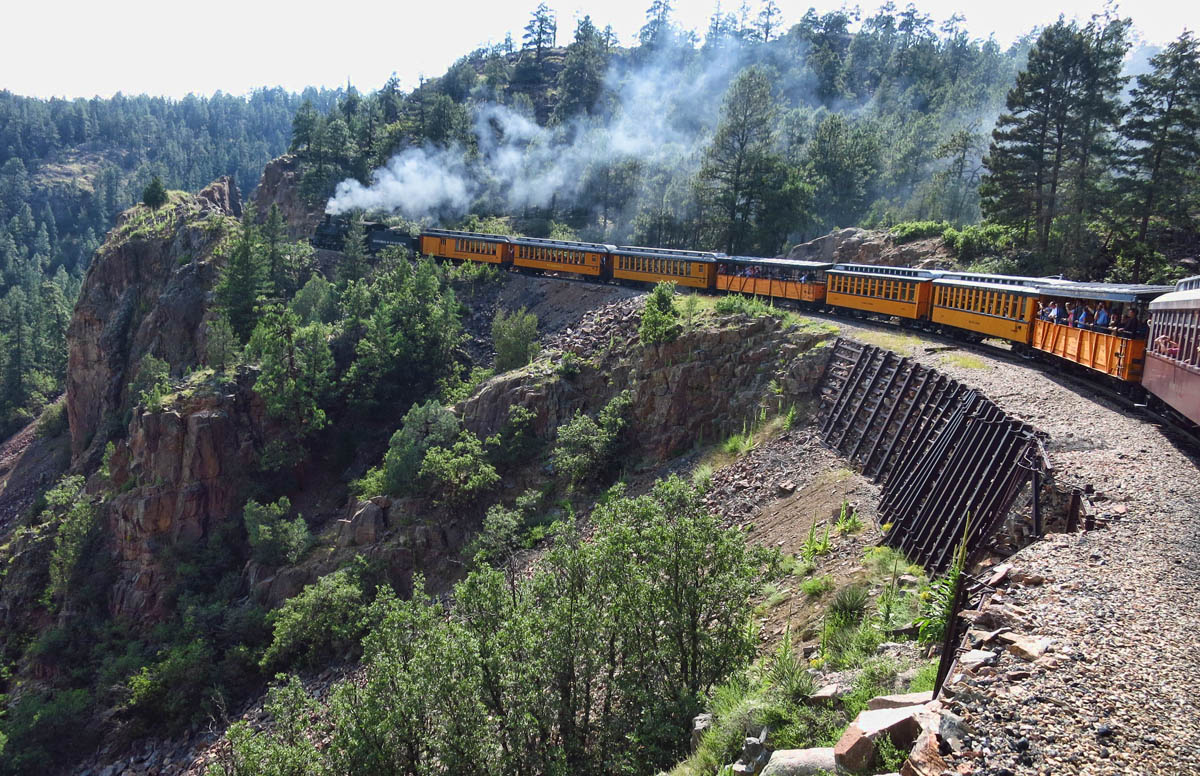 There are several options for an upgrade on the Durango Silverton line.  The reservationist tried to sell me on the parlor car.  I asked her, “Why are you not recommending the glass-top car?”  Her answer was “Because I rarely ever look up!”  So I booked the glass-top car, the Knight Sky. 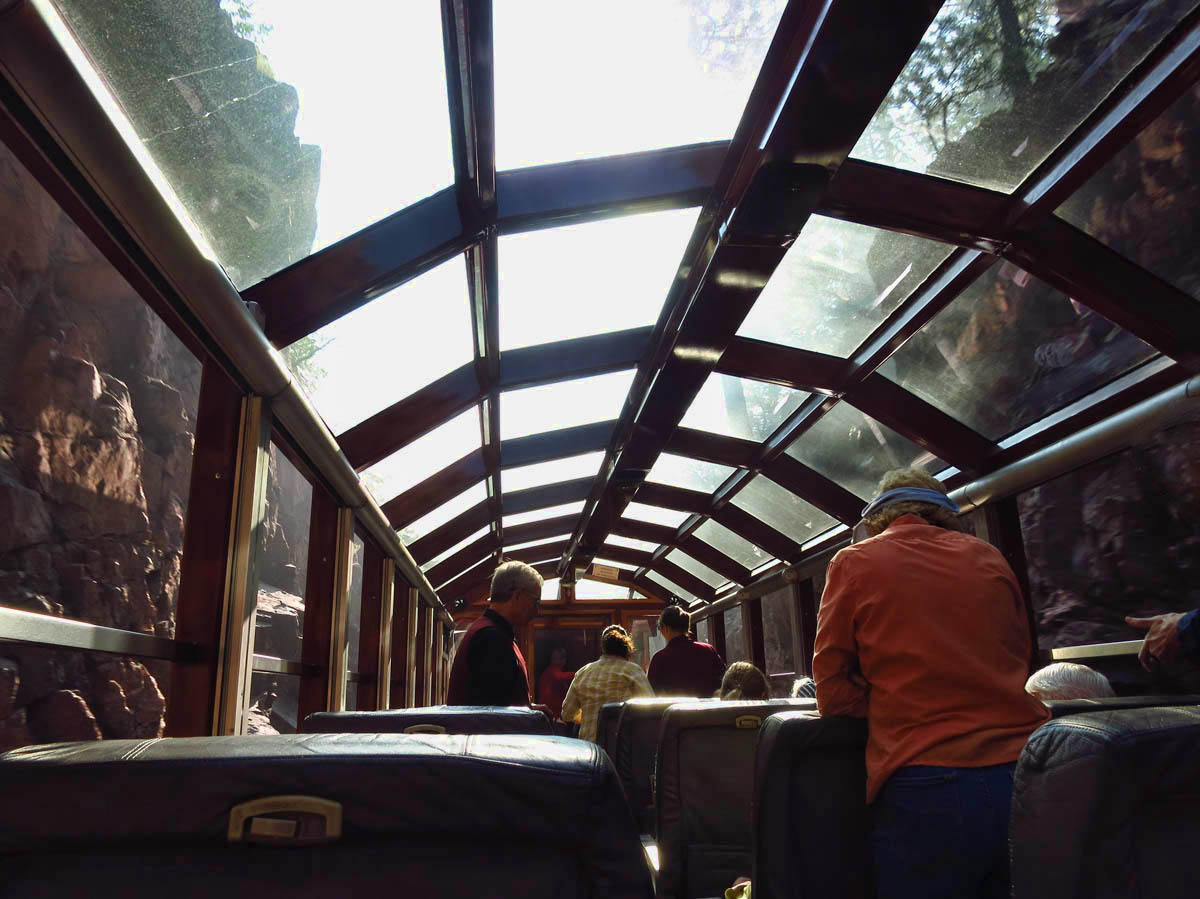 Going through “The Cut,” which was used in filmng Butch and Sundance’s leap onto a moving train. 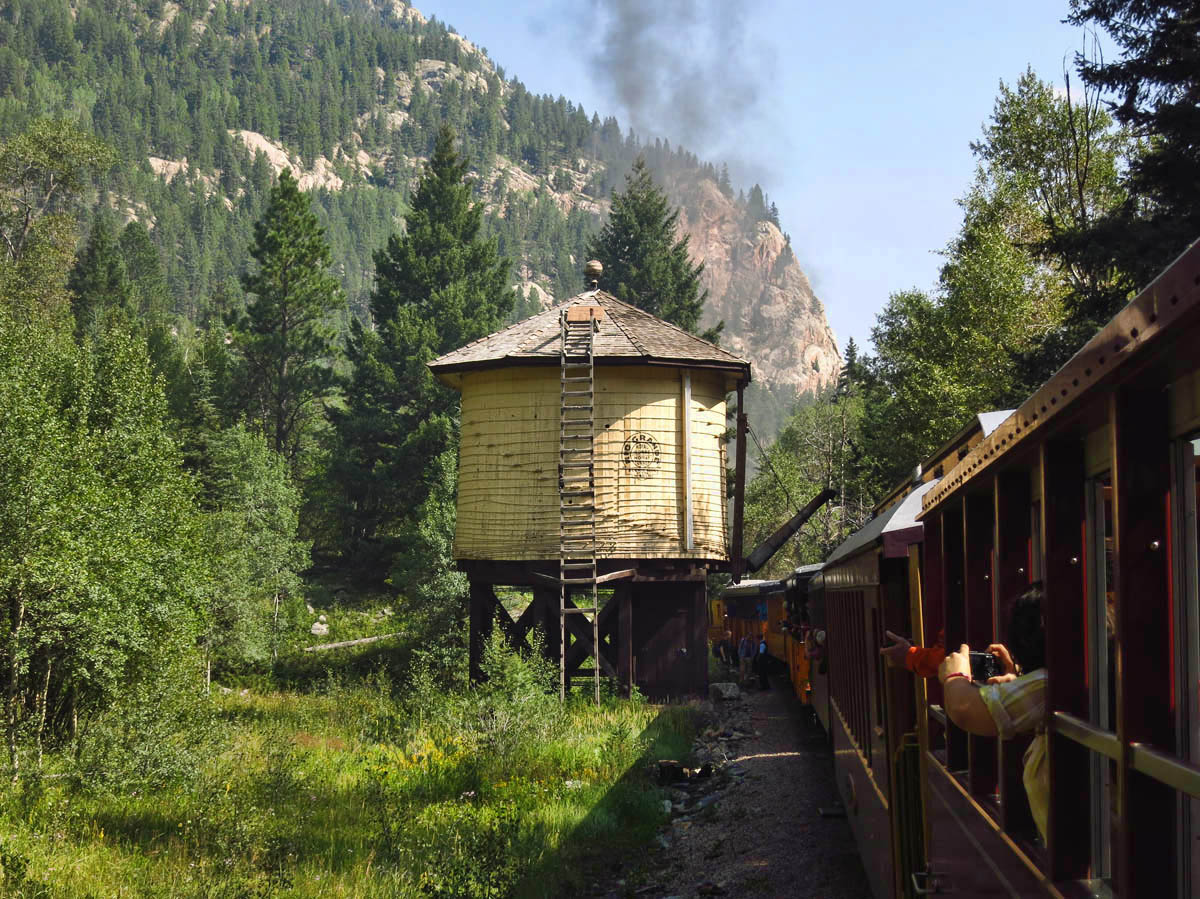 One of three water stops along the route. 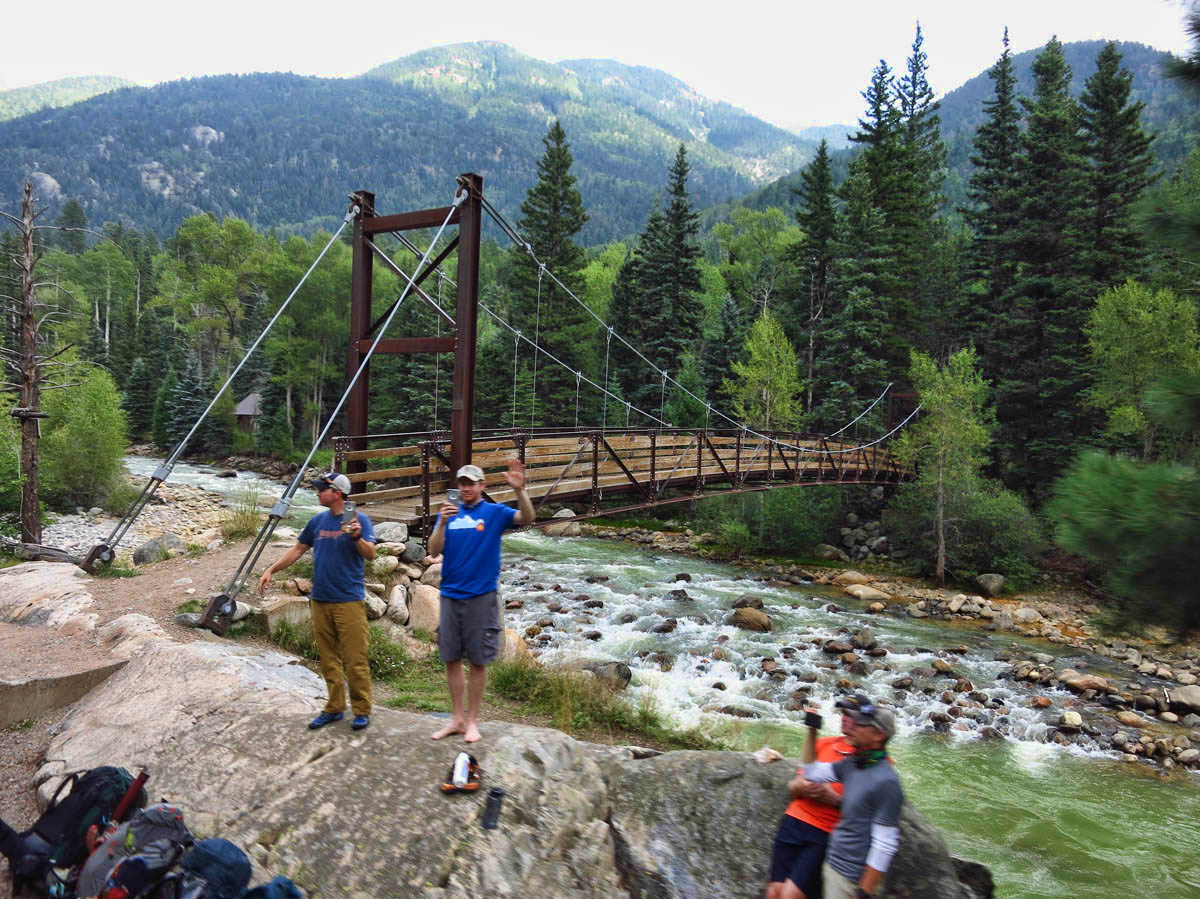 The train stops midway at the “hiker bridge,” as many hikers (including Mark and Bobbie) get off here to do a backpacking trip to nearby 14’ers. I have a little envy…

Imagine the sinking feeling in my stomach when I showed up to claim my ticket at the Will Call, only to find the lobby filled with a sea of red sequins.   It was the “Miss Kitty’s Social Club” chapter of the Red Hat Society.  Oh, dear lord.  Red felt fedoras, plumed feathers, rhinestone-studded baseball caps with sequined shirts to match.  Even the bustling of purple taffeta.  Since when does purple go with red??   Some were in red and purple period costume, while others sported disco trash flash…all in red and purple.  Please….don’t let them be in my car!   But thankfully, they filled an entire car of their own.  There but for the grace of First Class go I…

It didn’t take long for my big splurge to pay off in other ways as well.  I am not sure what part of “Open Car” I didn’t understand, but I showed up at 8:00am on a chilly morning wearing only shorts and a tee shirt.  I was shivering before we ever pulled out of the station.  Tim, our host, brought around a pile of cozy fleece loner blankets to wrap up in. 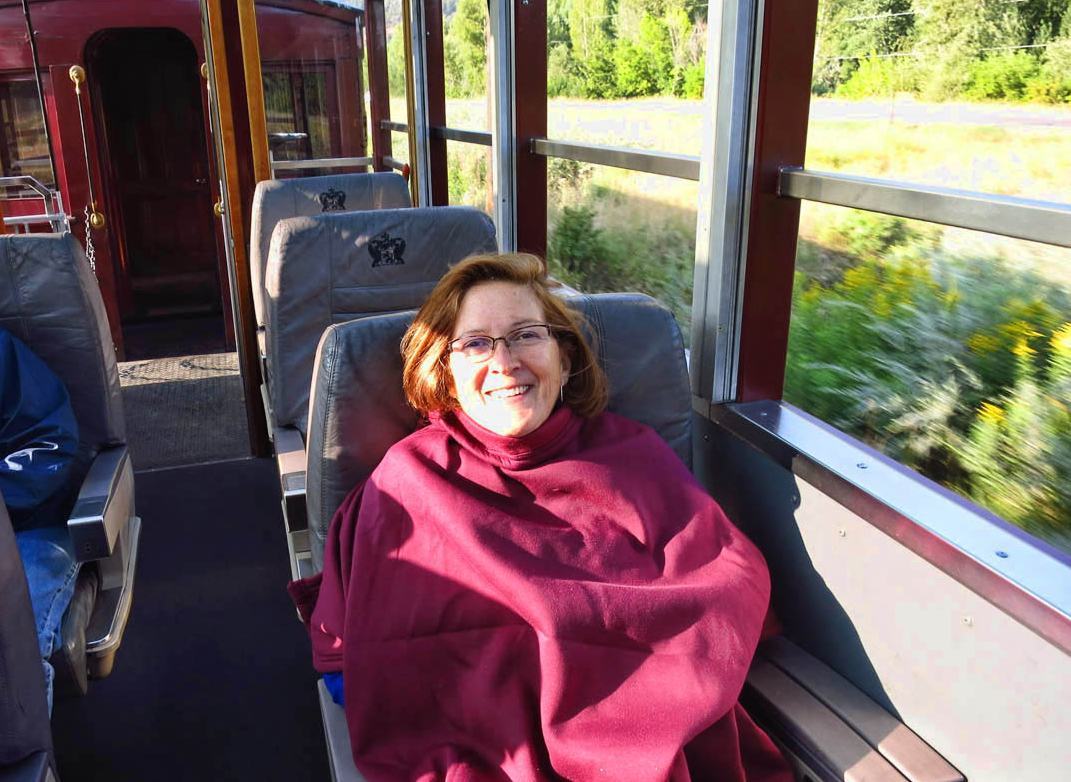 Thanks, Tim! I didn’t think i would need a blanket! 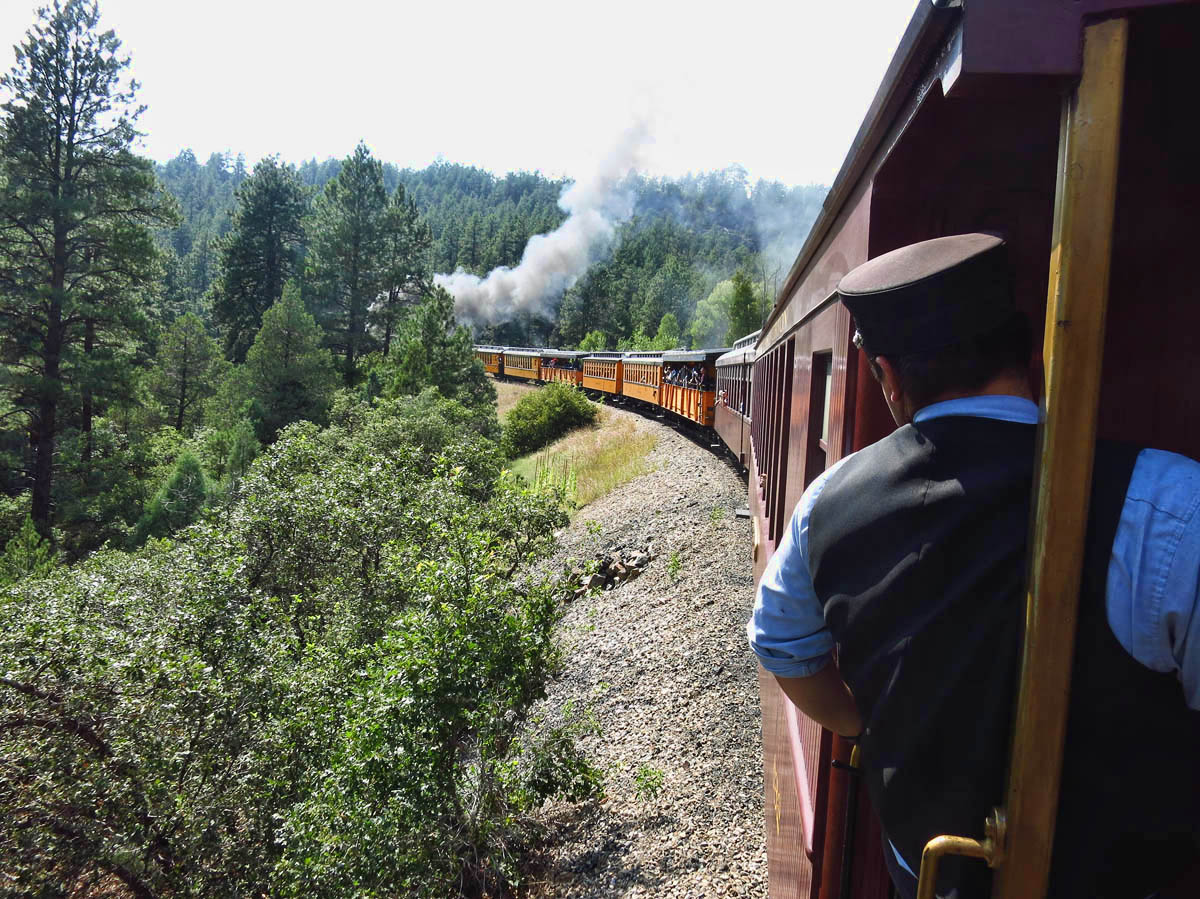 This is our Fireman on board.

Tim was also very helpful in alerting us to upcoming photo opportunities.  The car was only half full, leaving us free to move from one side to the other.  On the Durango to Silverton northbound run, once the train reaches Rockwood, it begins a one mile, 5mph creep through the “Highline.”  This is the most beautiful part of the ride through the gorge, and it is imperative to be on the right side of the train until mile marker 471.   But then, the train crosses over the Animas River, and follows the river all the way to Silverton, where the scenery is best out the left side. 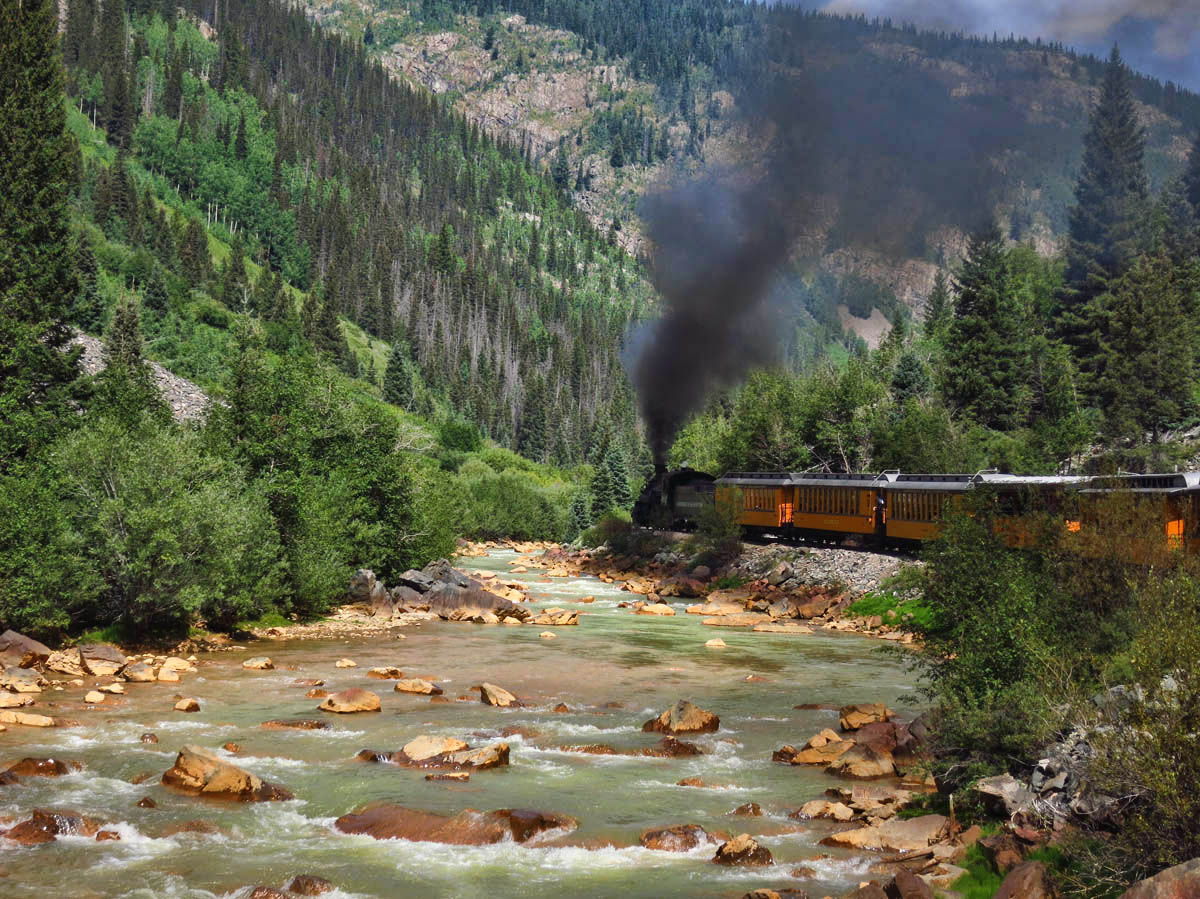 Okay, I admit to a twinge of guilt for the environment, with all this coal smoke! 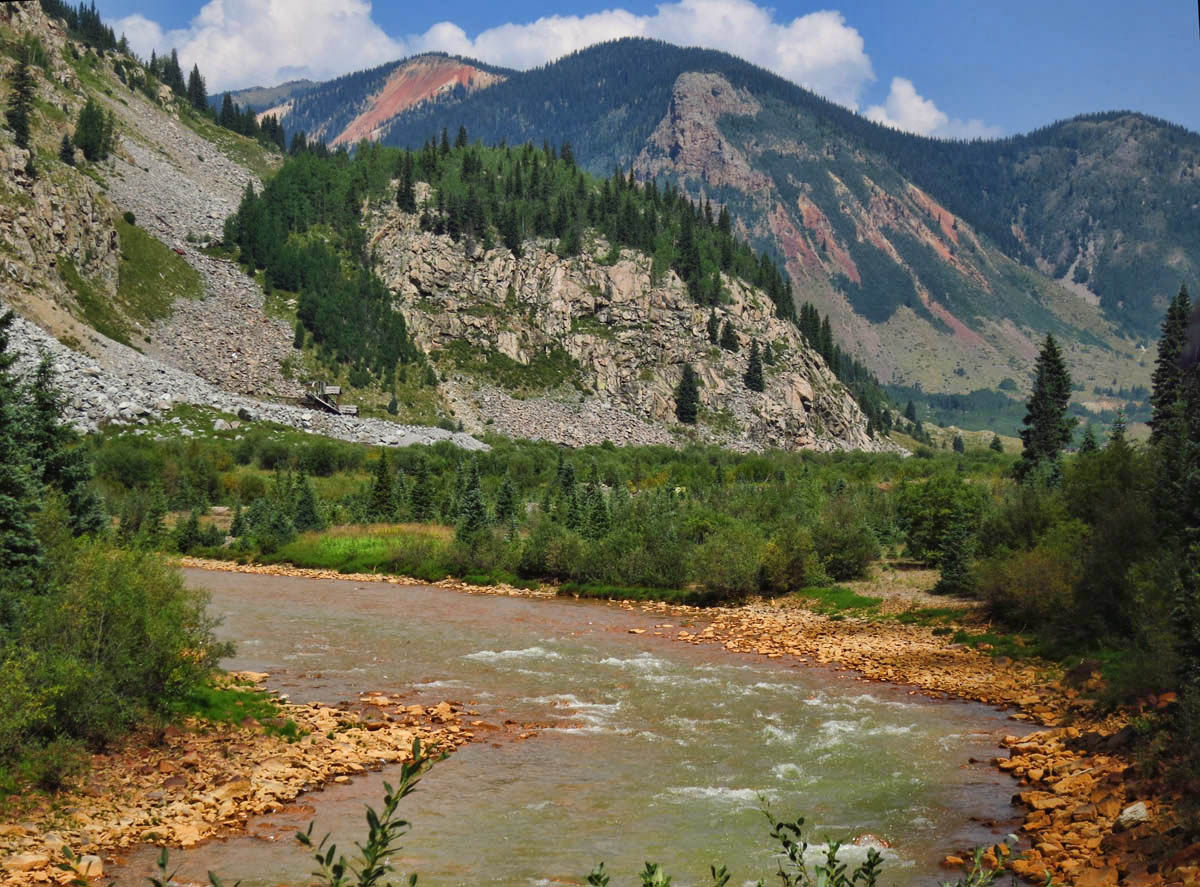 Tim says the rocks are more orange than usual due to the recent mining waste spill.

I have an extra treat waiting for me in Silverton.  Mark and Bobbie are meeting me for lunch!   Thankfully, Mark’s 6’4” baseball cap towers high above Miss Kitty’s Social Club, and we are able to part the Red Sea and make it to the Avalanche Brewery before the crowds. 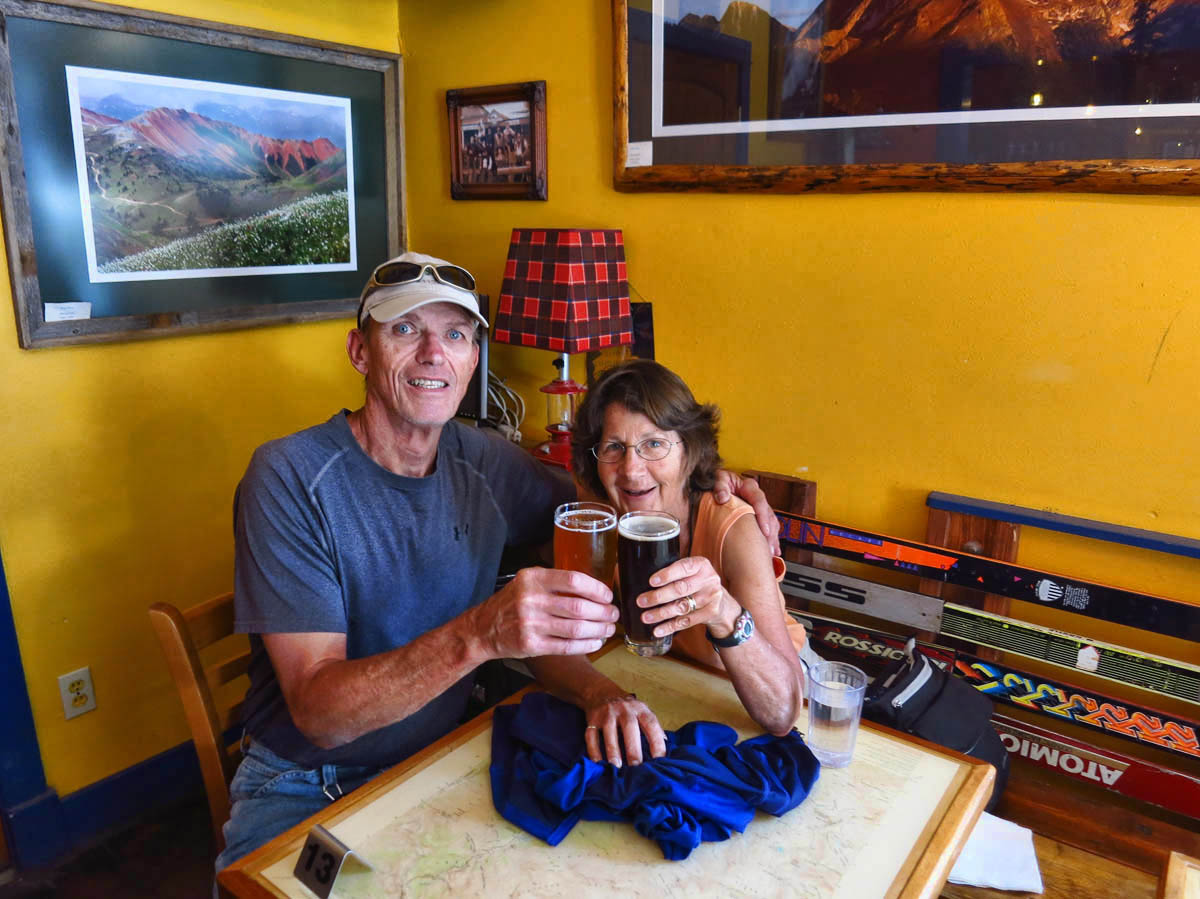 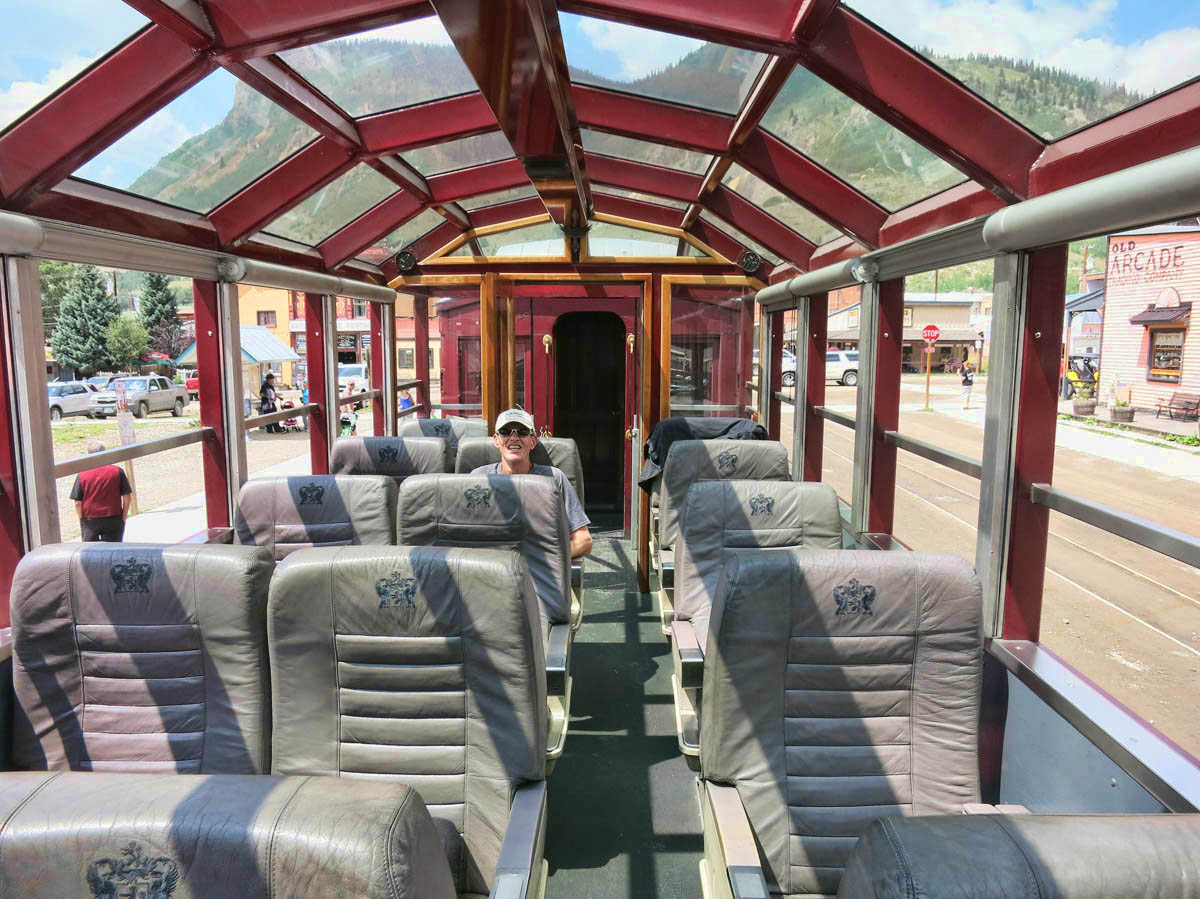 Hey! There’s a stow-away in my car! 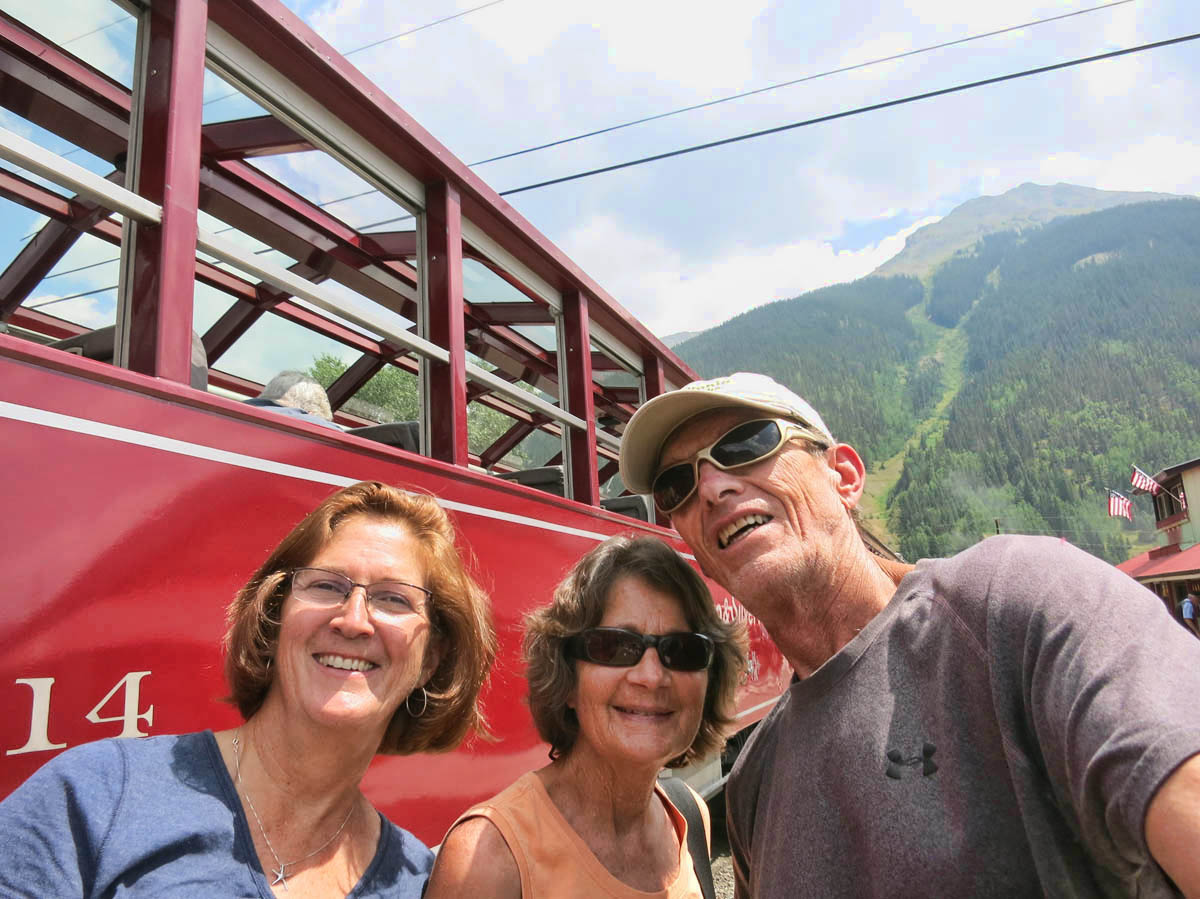 Thanks, Mark and Bobbie for driving down from Ouray to meet me for a fun lunch, and rescuing me from the Red Hats!

Most people advise to only take the train one-way, returning on the bus option to Durango.   “You’ll be sick of it after four hours.  Going both ways is a looooong day!”  But then I remind them, “I once road a train across Zambia for 59 hours.  I’m up for it!”   I actually enjoyed the return trip even more, as most of the crowds opted for the bus return.

I tend to be a pretty frugal traveler, very selective about my “splurges.”  But this one was worth every penny.  What a fine, “quintessential Southwestern Colorado day!” 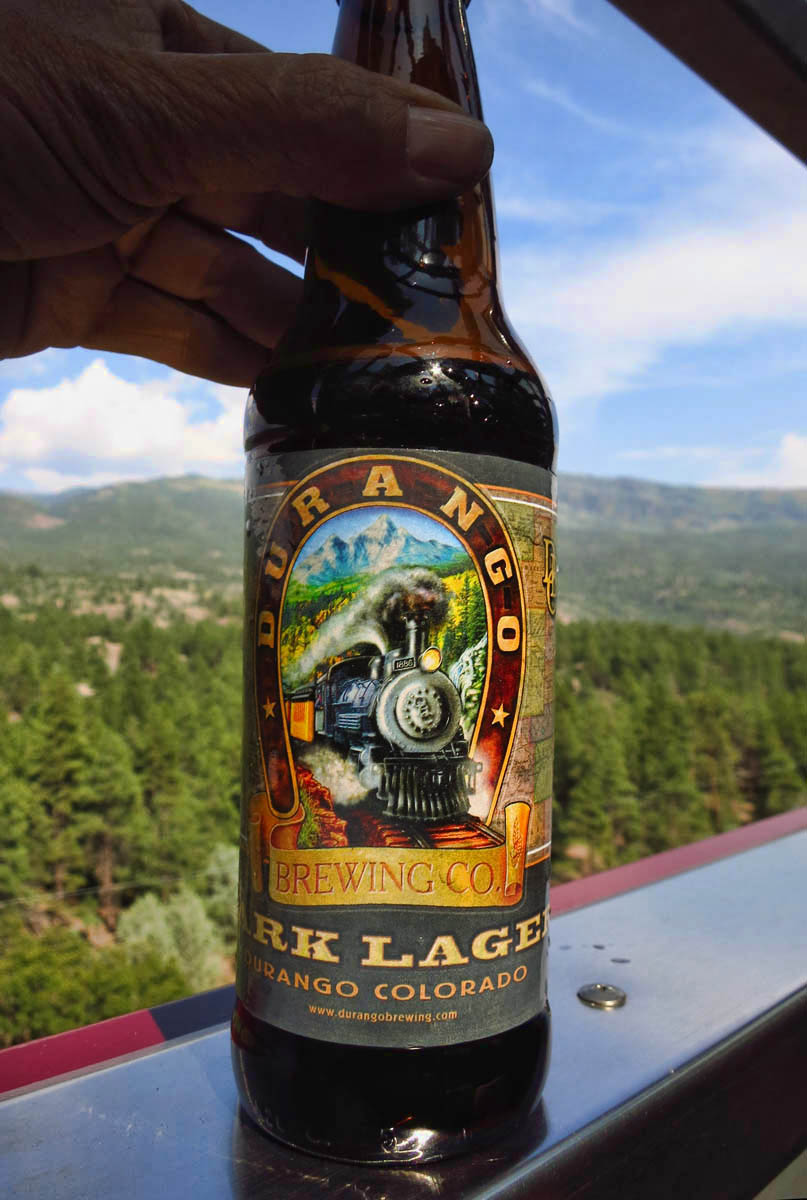