My original intent is to spend only a couple of nights in Durango, long enough to ride the train. I end up doubling that. The little town has just the kind of “vibe” that I enjoy, which I often find to be the case in “river towns.”

There is much to do in Durango, a lot which centers around the Animas River. There is a beautiful walk/bike path that runs parallel for seven miles. Paddling and float trips are popular here also.  Thankfully, little evidence remains of the recent tragedy of the toxic Gold King mine spill where the EPA dumped three million gallons of mine waste, which essentially closed the river.

Hiking abounds, as Durango is the southern terminus of the Colorado Trail, a 483 mile trail that goes from Durango to Denver. This popular trail originates just 3.5 miles up Junction Creek Road from 25th and Main Street. It passes through six National Forests, six Wilderness areas, and five major river systems. I hiked 4.2 miles OW from the lower trailhead to “Gudy’s Rest,” named for Gudy Caskill, trail builder, volunteer organizer and female mountaineer, also known as “The Mother of the Colorado Trail.” It was a beautiful hike through forest along the Junction Creek, but 1,000 ft elevation through “switchback central” soon had the trail rising for some beautiful views of the surrounding peaks and valley below. 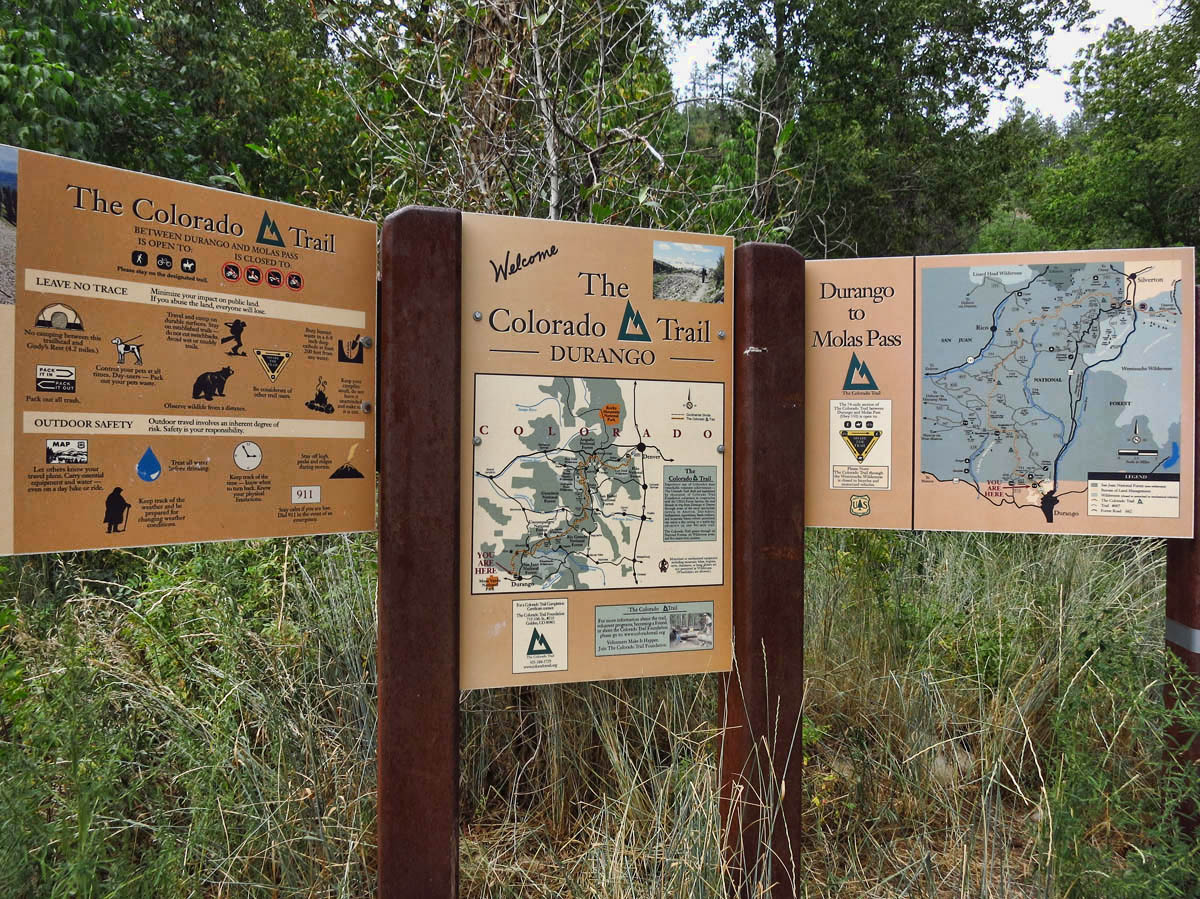 The southern terminus of the Colorado Trail. 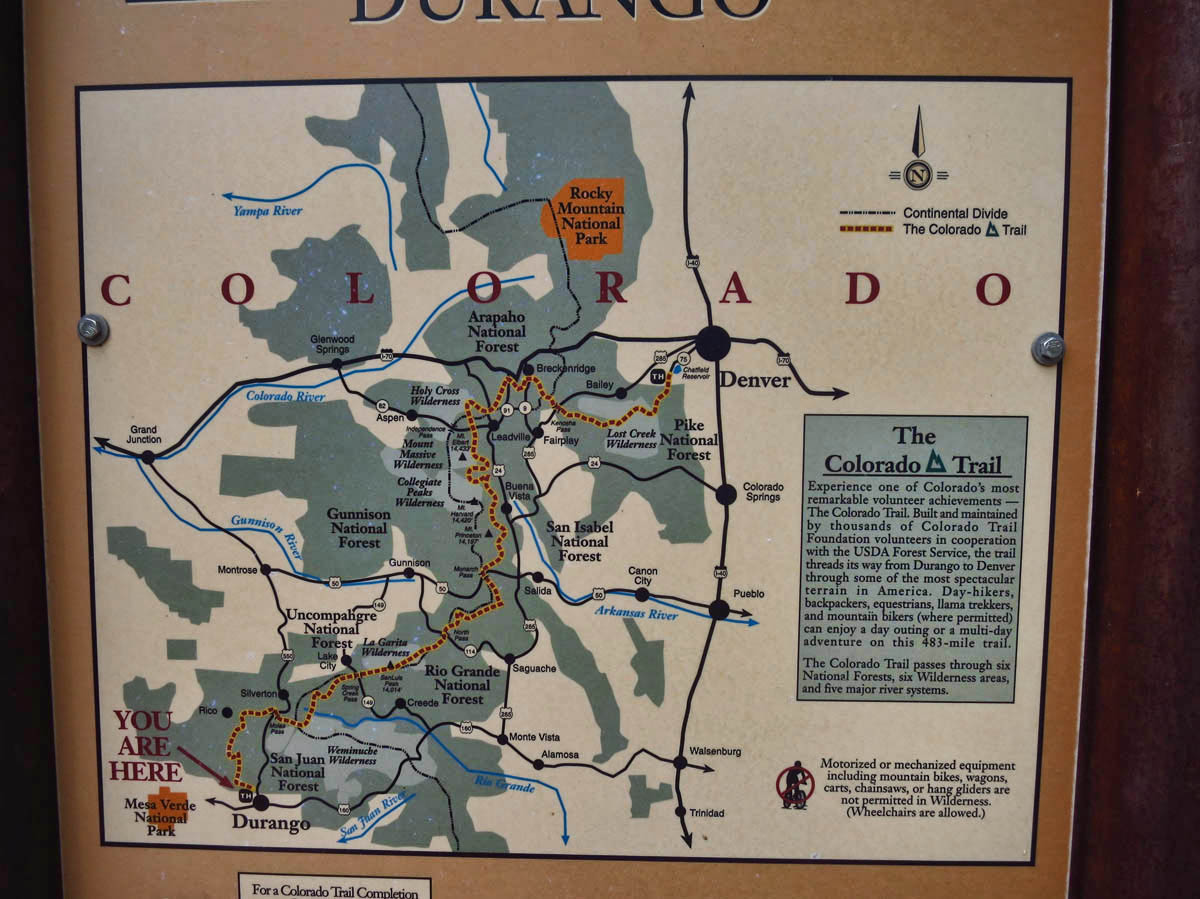 Durango is also home to at least five breweries (at my count.) One is even right across the street from the laudromat. Have a cold brew while you wait out the spin cycle! And I could almost convert to vegetarian for Steamworks Brewery’s Quinoa Burger! 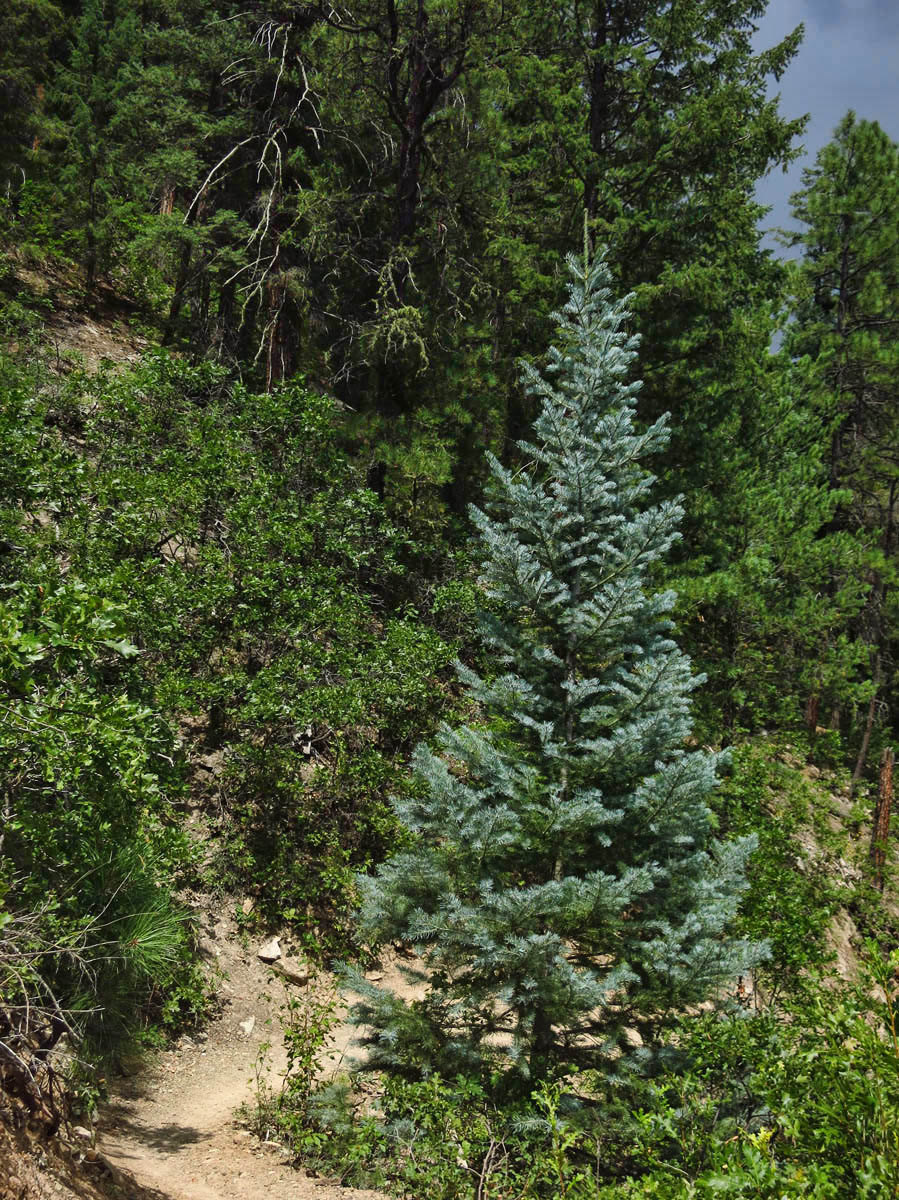 Christmas along the trail.

I had a hard time finding any boondocking near Durango, and all the RV Parks were pricey. The nearest Forest Service Campground was Junction Creek, a beautiful, wooded, spacious campground. Though only a little over five miles out of town, it seemed like a long, steep, bumpy commute. Given that I only planned on staying long enough to ride the Blues Train, the remote location didn’t seem worth it. 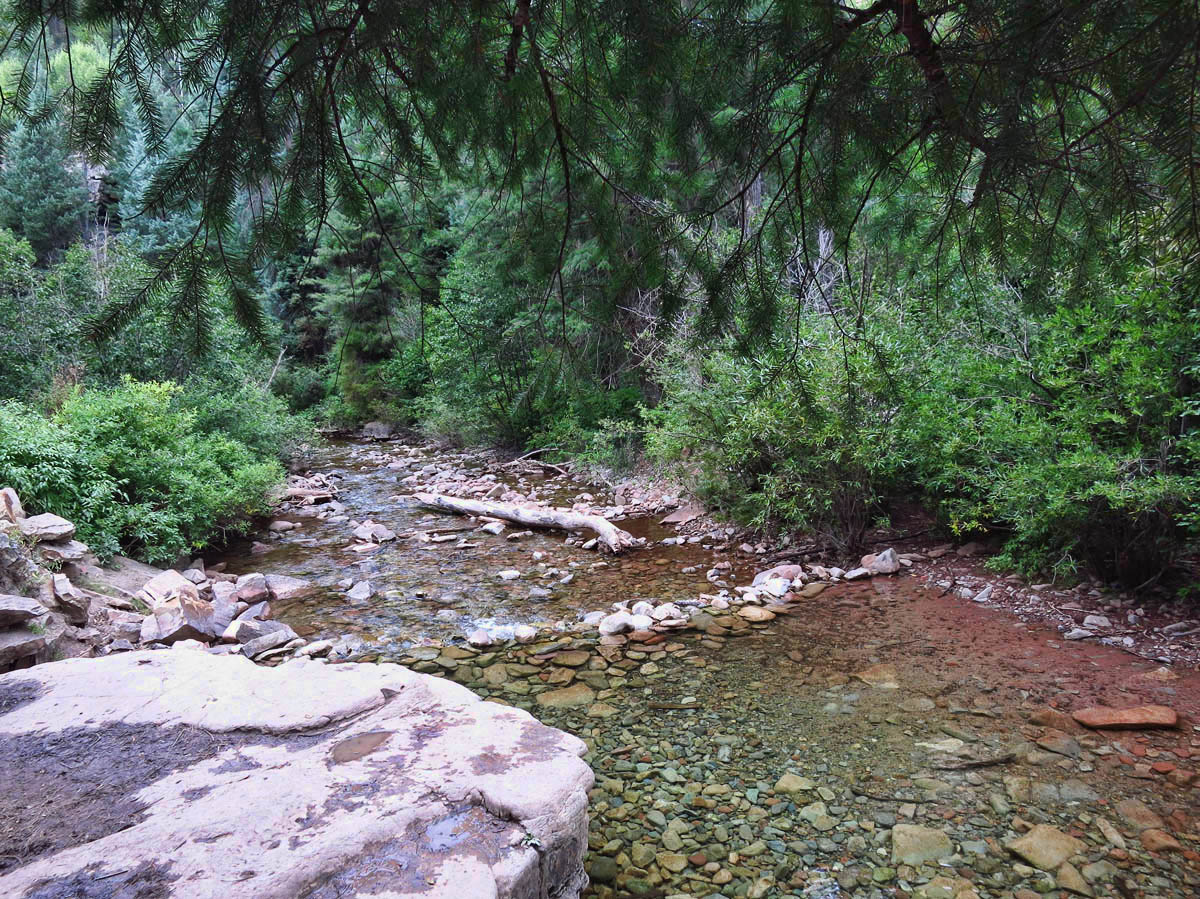 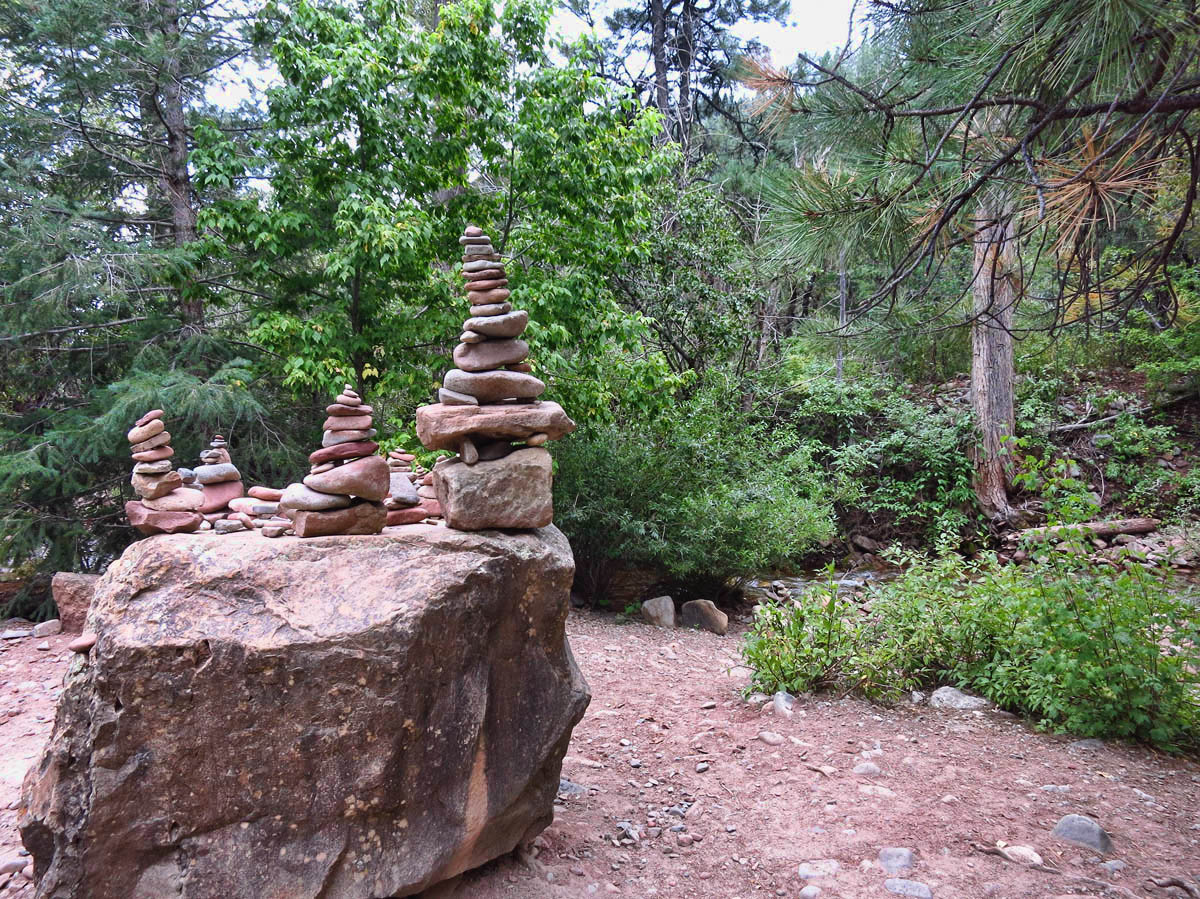 So I consult my trusty All Stays App, and see the La Plata Fairgrounds has RV Parking with water and electricity for only $16.50 per night! Just off Main Street / Hwy 550, this price js a great deal for such a location! The fairgrounds has only six sites, but they are very well spread out. (A note of caution, I do not believe Site #6 has water.) An added bonus, I meet a nice neighbor, and get a new friend out of the deal, the very kind Juliette and her Pack from Tails from the Road. 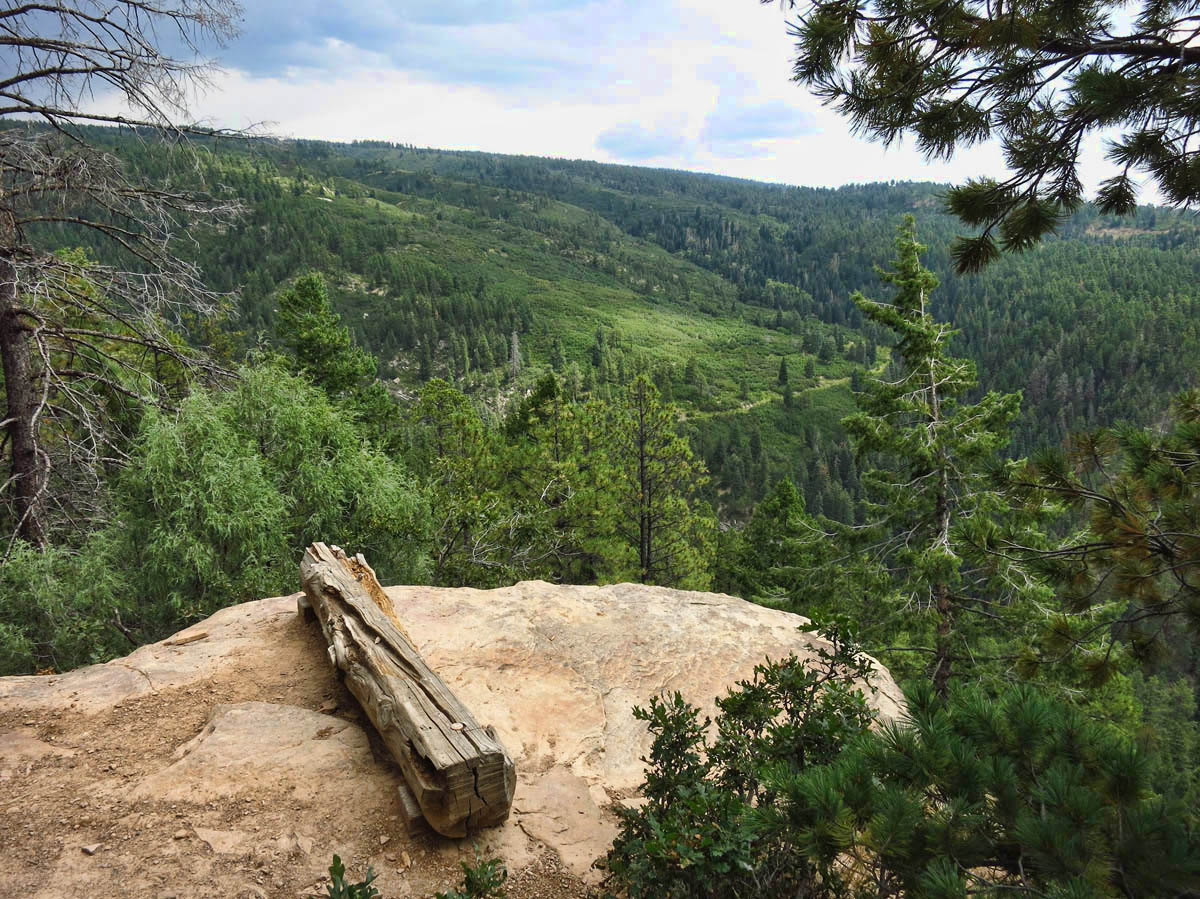 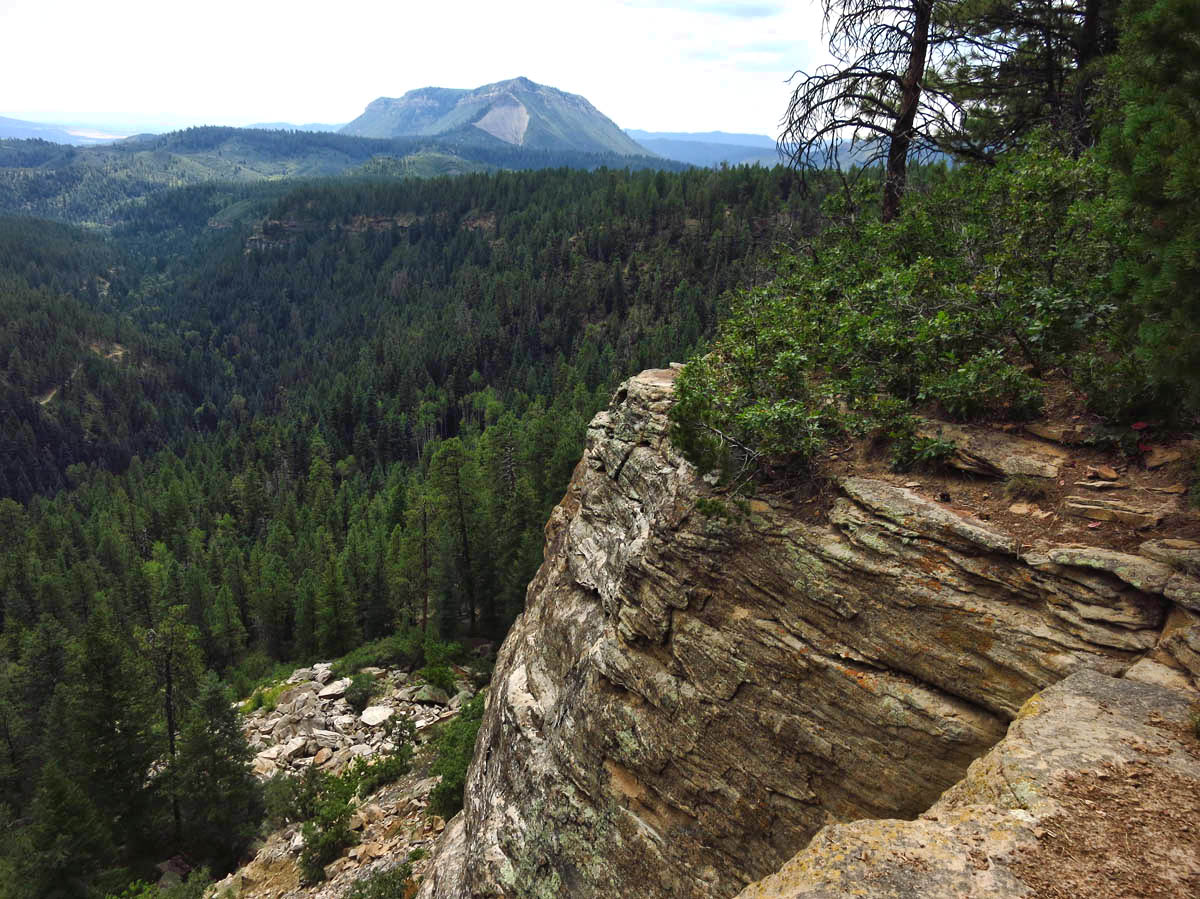 Though the campground is little more than six spaces on a gravel lot lined up along a fence, it’s very quiet here, and unbelievably convenient. I am sure if there were some rodeo or event taking place, it would be dust bowl hell. But instead, it is a peaceful, hidden gem. There are no sewer facilities availabe, but Durango has a free pull-through dump station located in Santa Rita Park, just outside of town. 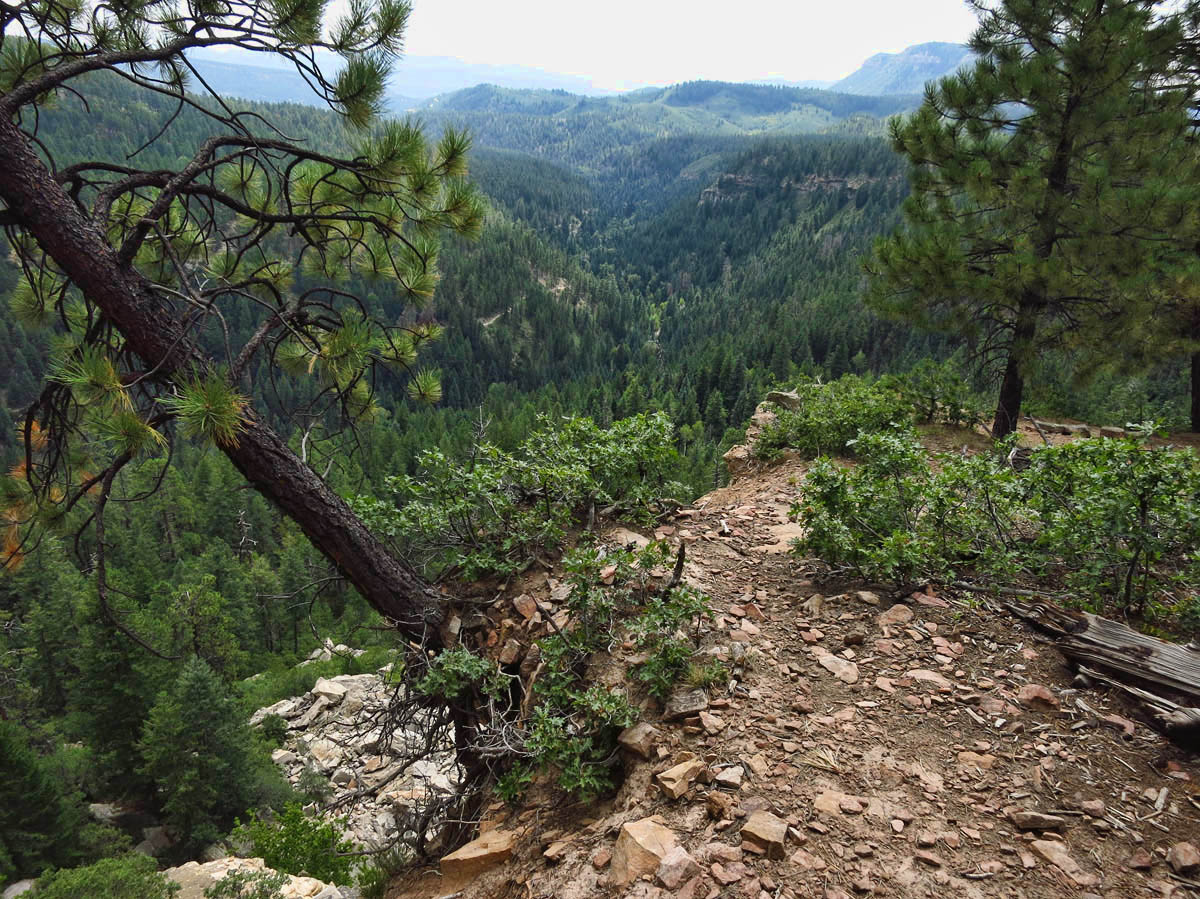 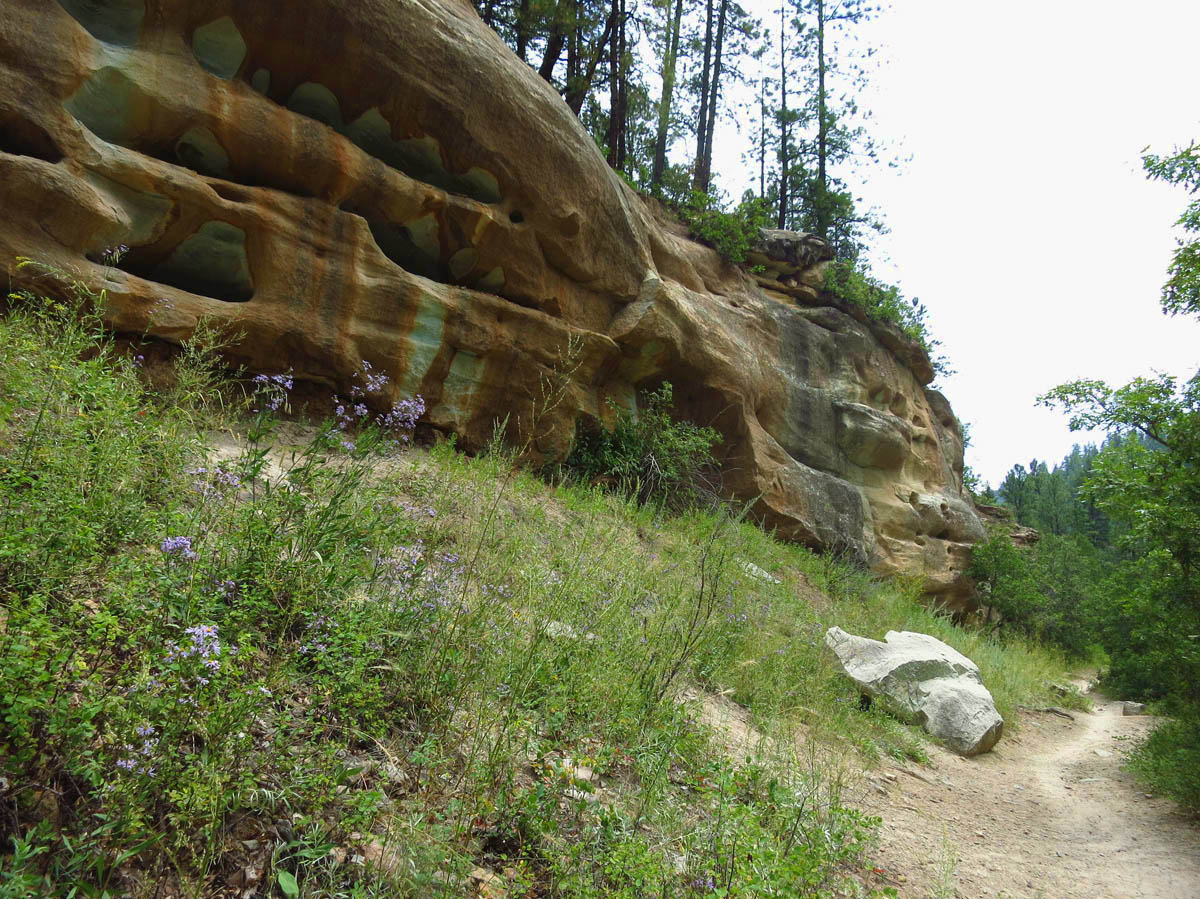 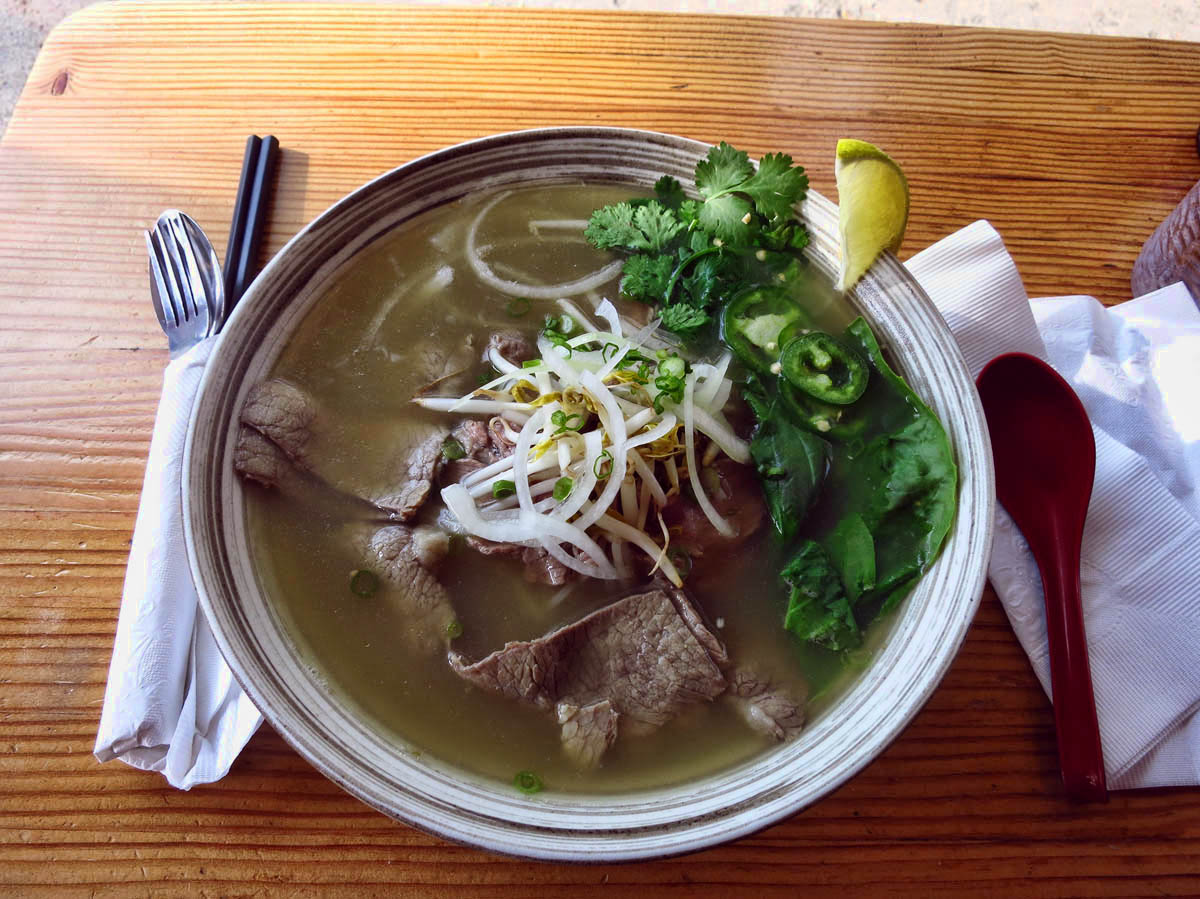 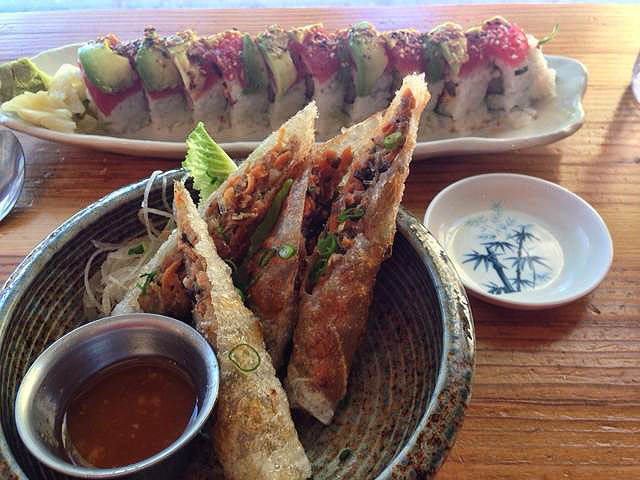 Durango is one of those places that seems hip without being pretentious. They hold their big box stores at bay on the outskirts of town, without marring the quaint ambiance of the historical center of town. Street musicians, great eateries, breweries, local sporting goods stores, hiking trails, biking paths, and a river runs through it. Yep! My kinda town!