Since Fort Bragg declared their independence from Independence Day by recognizing the 4th of July on the 2nd instead, that left the actual holiday as just another not-so-manic Monday.   The town of Fort Bragg was eerily quiet.   So I decided to take a drive and check out nearby Mendocino.  (Now, it’s going to take me yet another week to get that “Mendocino, Teeny-bopper” Sir Douglas Quintet song out of my head!)

Several of the locals told me, “Do not miss the Fourth of July parade in Mendocino!”  But I have never been much for small town parades….too much like the life I left behind in rural Texas.     Cheap Made-in-China flags and bunting lining the streets.  Out of tune horns playing in the discombobulated marching band.  Or maybe it’s bad memories left from my High School days when I rode in the town parade on the hood of a sedan as Vice President of the Spanish Club.  I wore a big billowy skirt, and every time the A-hole driving the car would gun it, I would have to grab hold, letting go of my skirt which would then fly up in the wind.  Adolescence is agonizing. 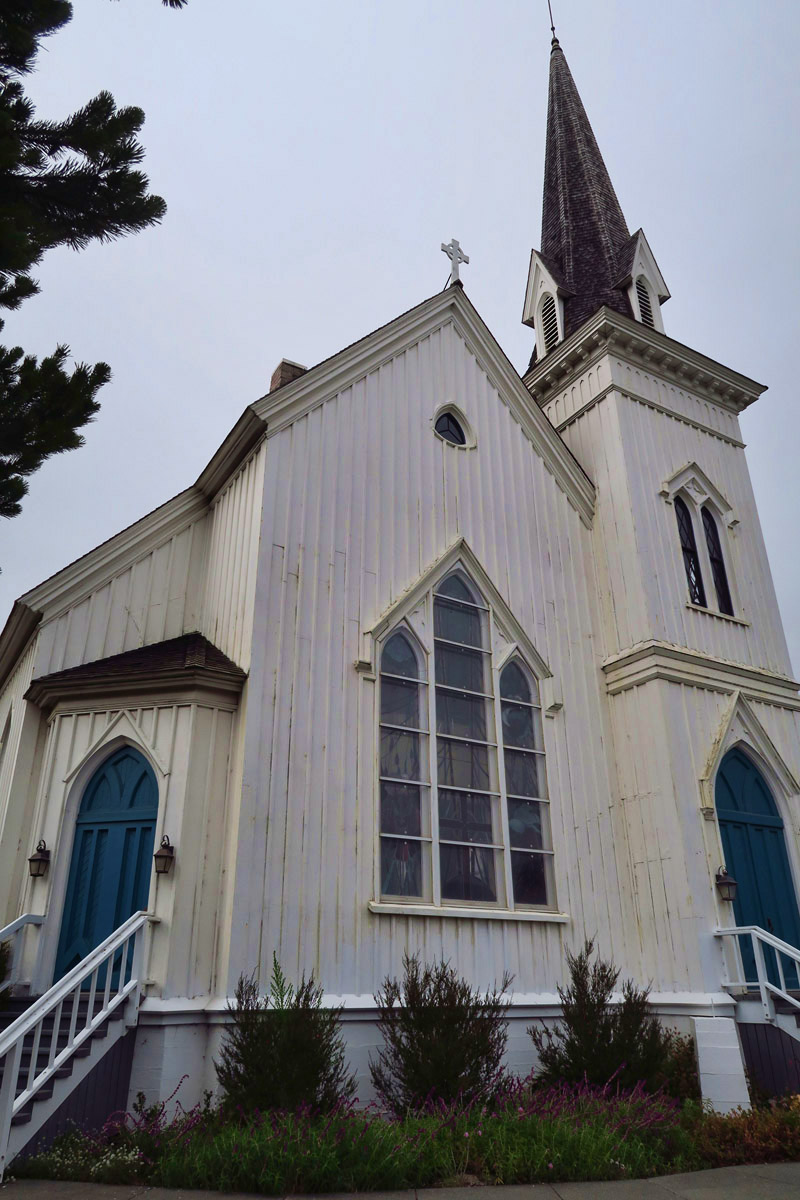 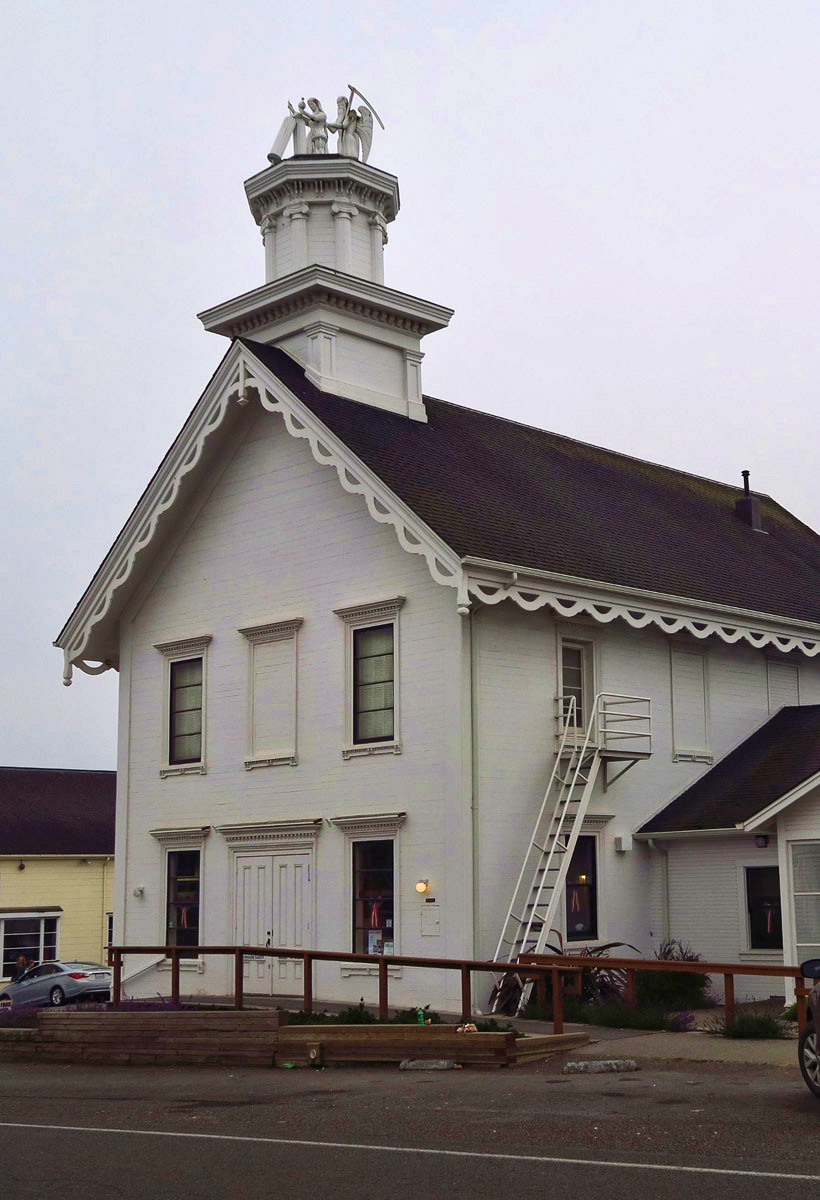 So I decide to skip the parade, much to my disappointment later when I learn the Mendocino parade is a bit “unconventional” as parades go.  I arrive in town late in the afternoon to find the “parade” still going on.   People are in costume.  There are signs around town advertising “Mendependence Day.”  Sheriff cars are at the four corners.  And one could start to imagine feeling high just from deep breathing.   (Sorry, no photos…I am trying to blend here.) 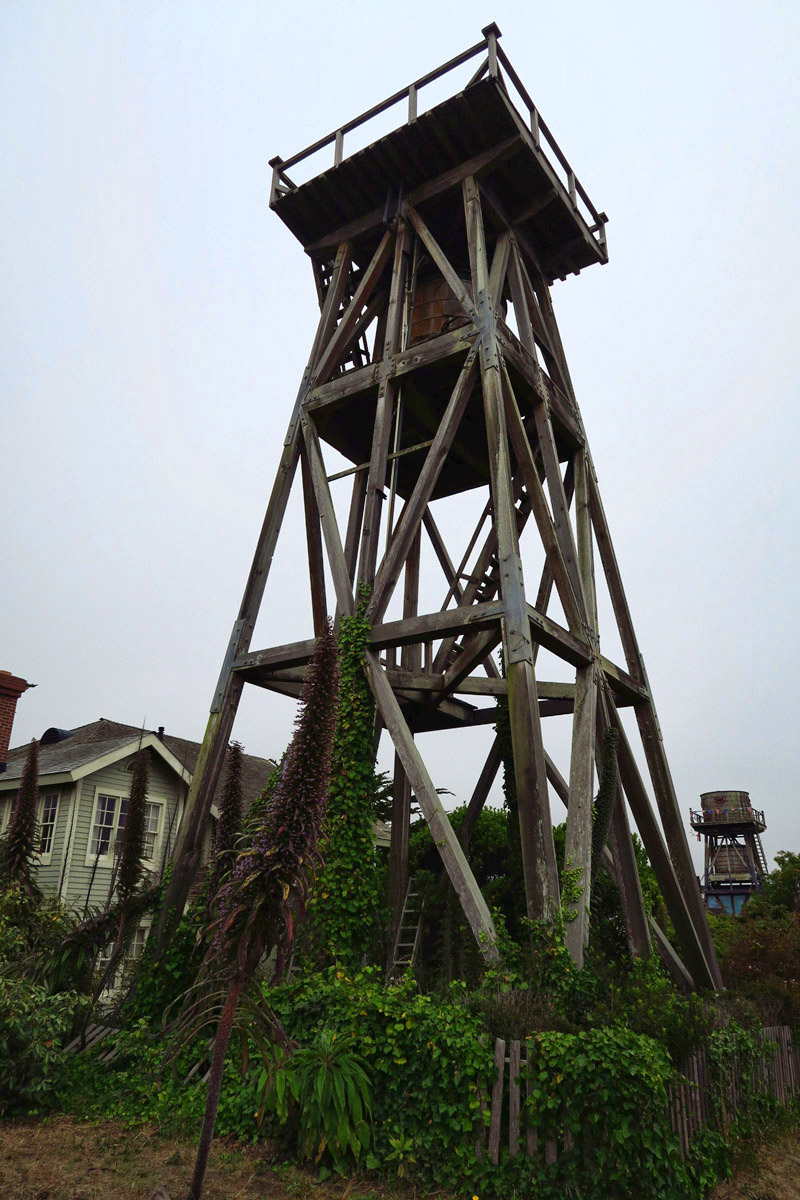 Mendocino is famous for its water towers, built at the end of the 19th century. Since the town has no fresh water source, a few are still in use today.

I can’t see any parking signs in the historic downtown area, so I ask someone who looks like a local, “Do you think it’s okay to park here?”   The man responds, “I think you can park just about anywhere you want in this town.”  My kinda town.  😉 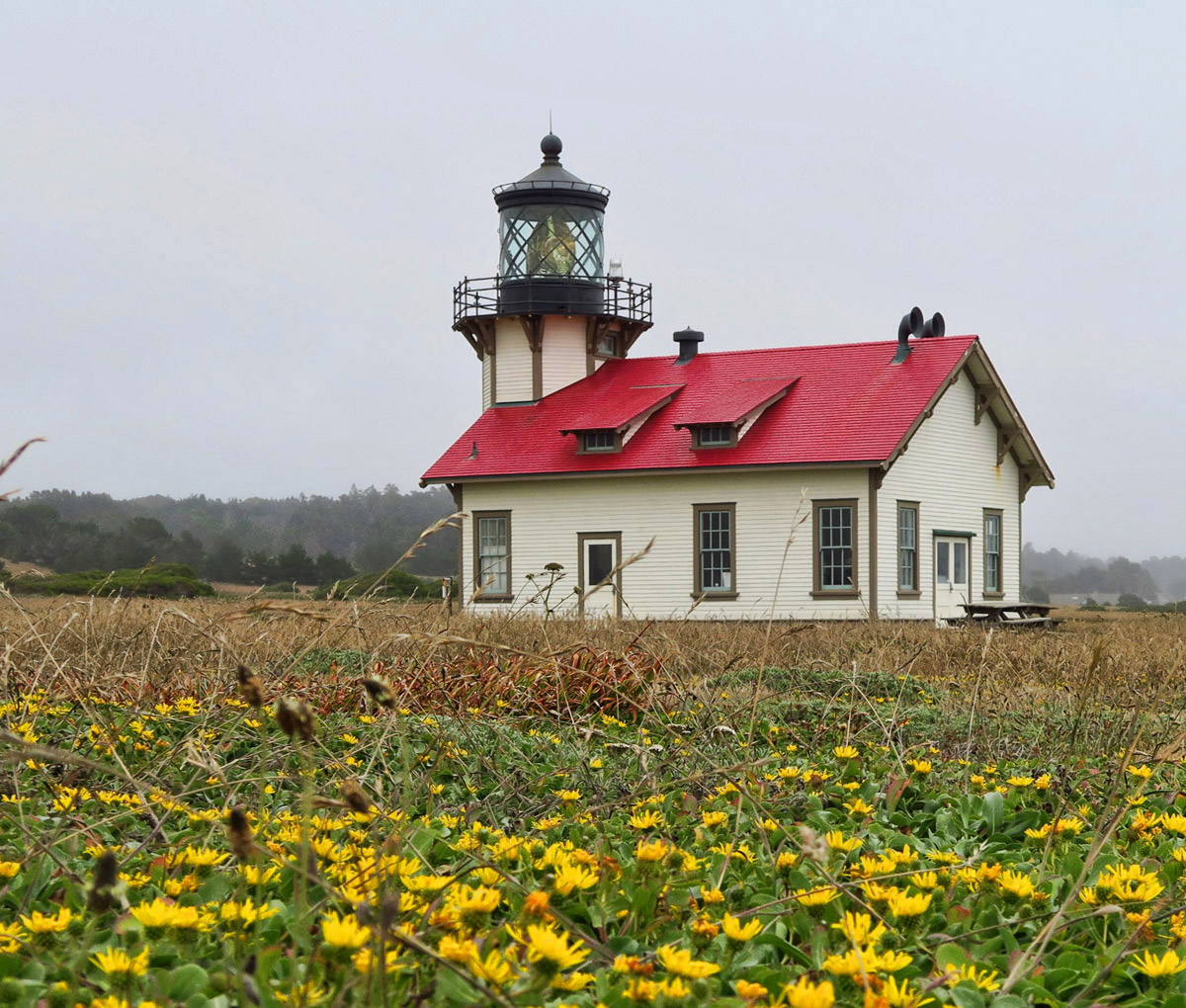 In between Fort Bragg and Mendocino is also the charming Point Cabrillo Light Station, illuminated in 1909 and recently restored. 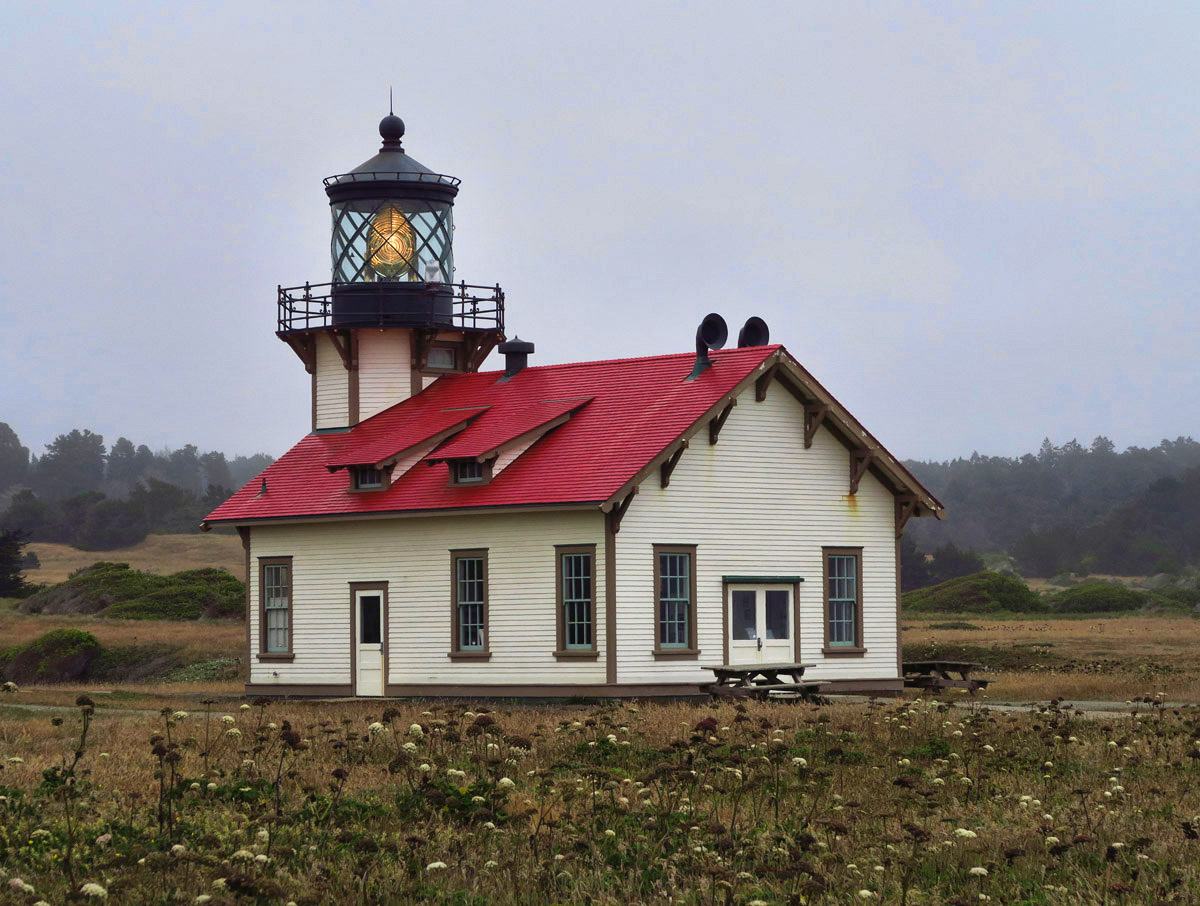 I can’t decide which version of the photo I like best, so I am posting them both. The first reminds me of summer, the second of fall. 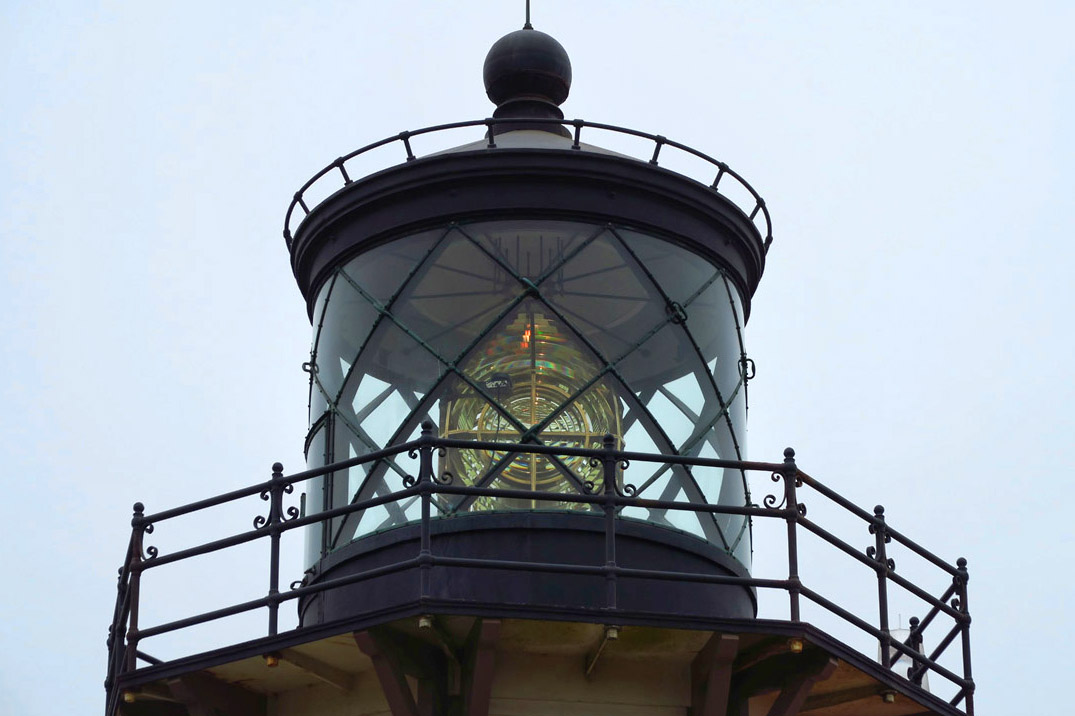 The lens room contains a rare English-made third order Fresnel lens. (Most were made in France.) The lens room is only open for tours eight days out of the year. I was booked to visit on 11th June, the anniversary, but had to cancel due to repair delays. 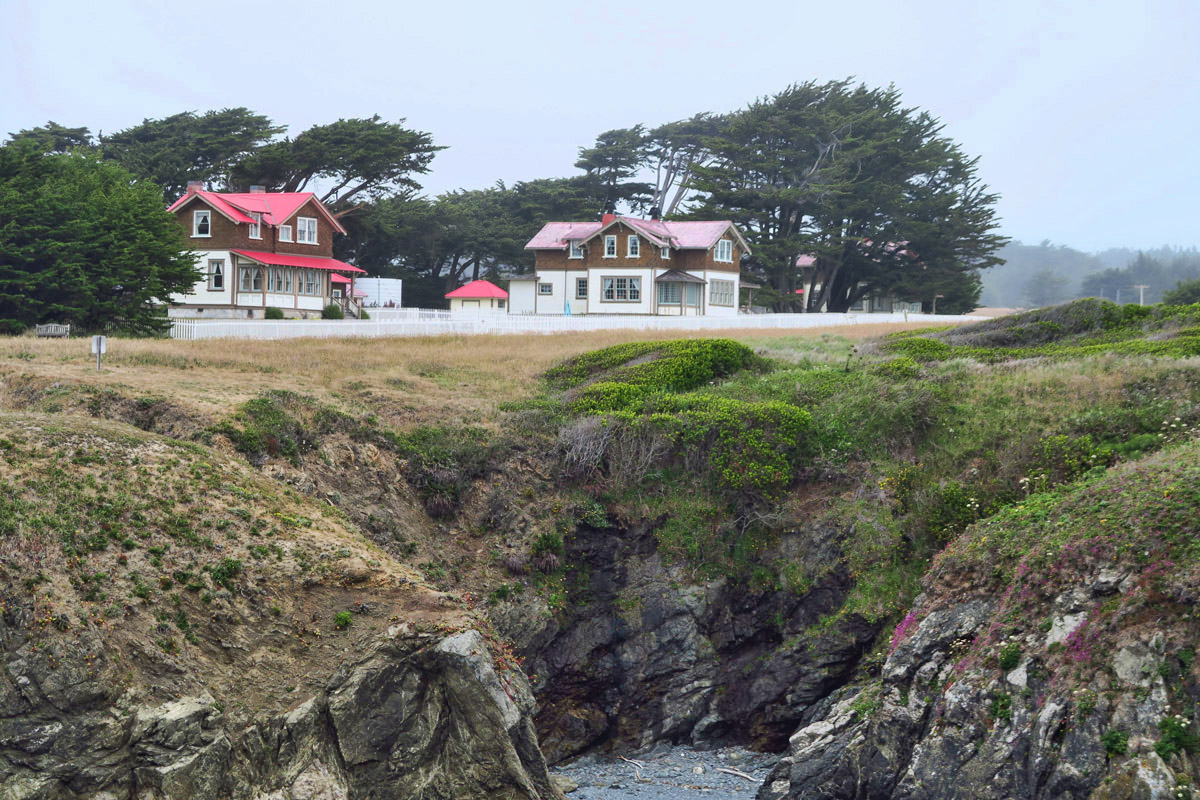 Giving the Light Station some competition for architectural appeal are the recently restored Keeper’s Quarters. 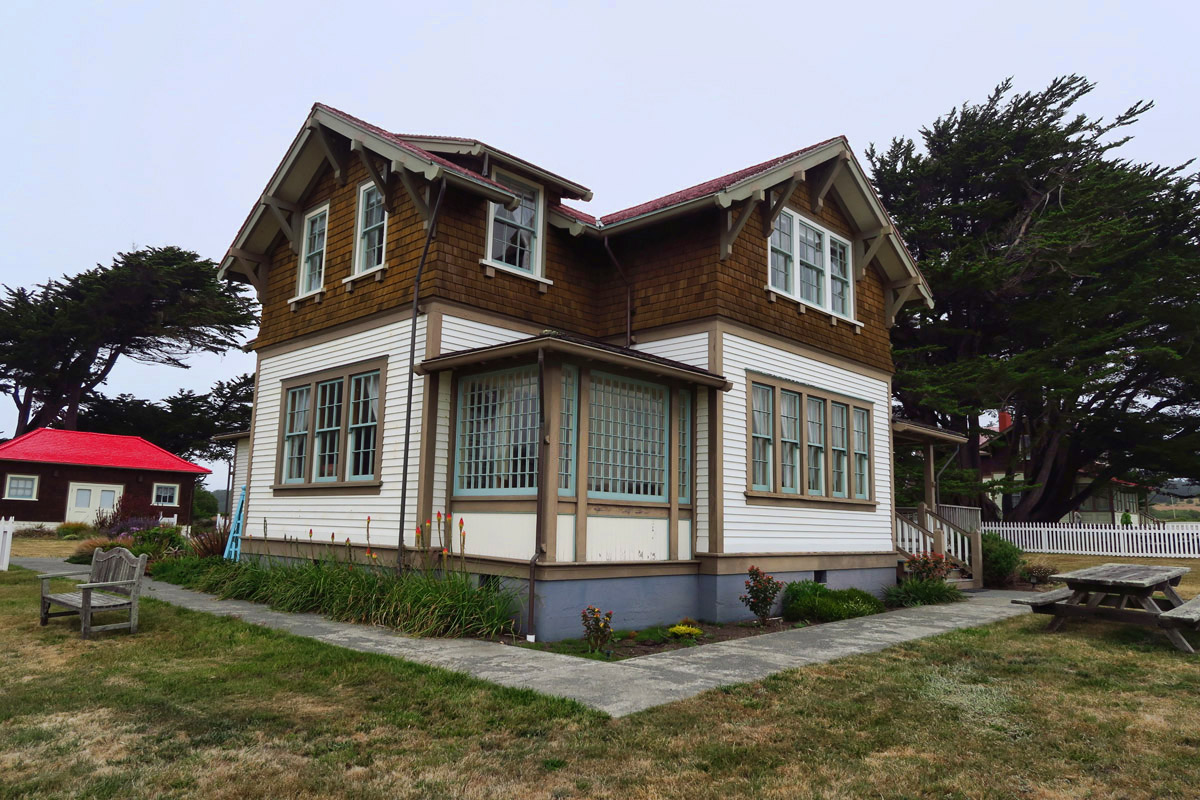 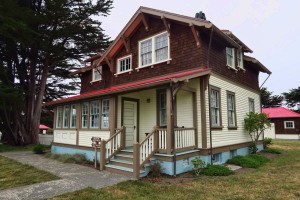 In addition to being turn-of-the-century picturesque, Mendocino is one of those cute little artist towns with great streets for walking. There are galleries, a huge health food market, cute coffee shops, and even a tent for local theatre performances, all within a few blocks. And it doesn’t hurt that it is flanked by beautiful bluffs of the Mendocino Headlands State Park. It’s a town worthy of its “Mendependence,” and certainly worthy of a longer visit than one afternoon.

Next time I will think twice before I ignore the advice of the locals…lest the parade pass me by! 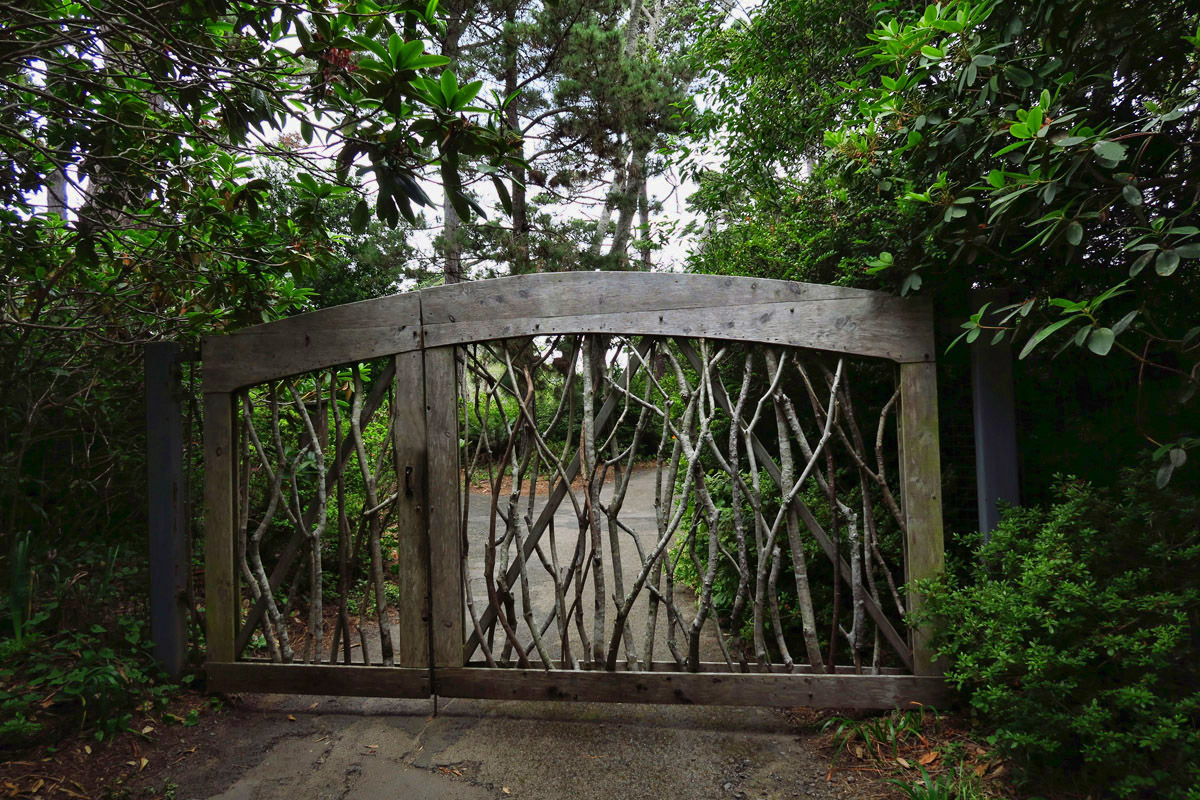 In between Fort Bragg and Mendocino is the beautiful Mendocino Coast Botanical Gardens. 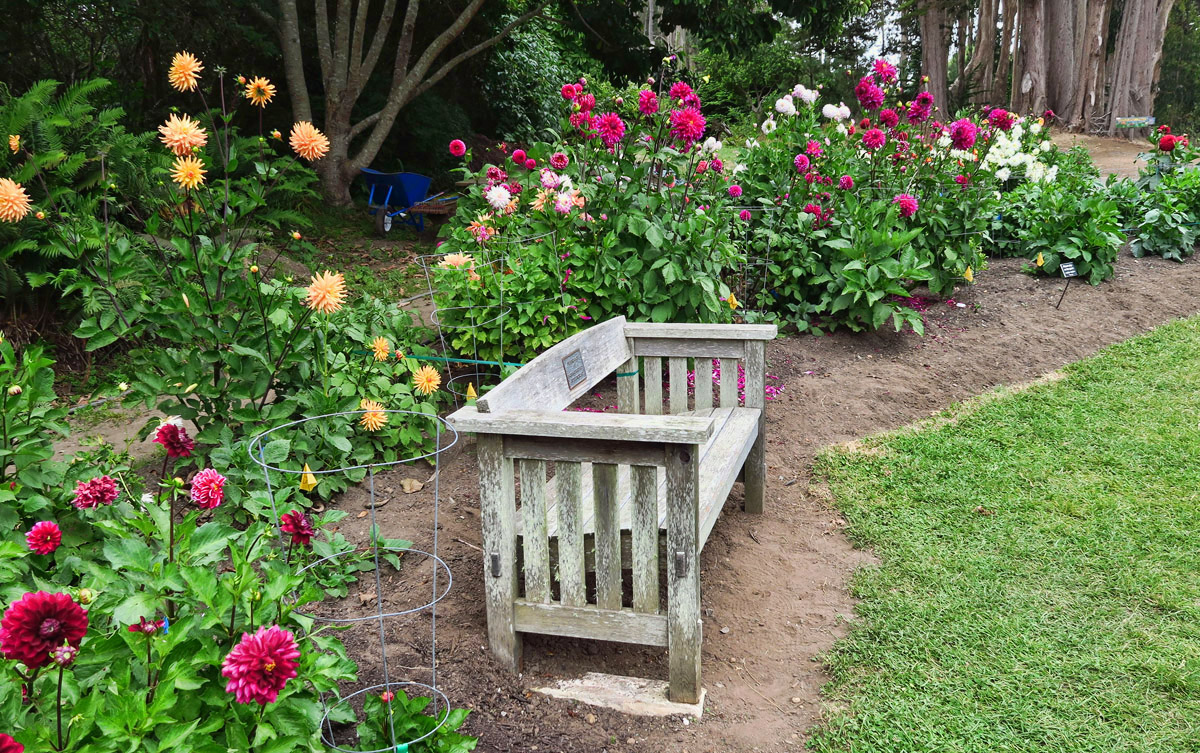 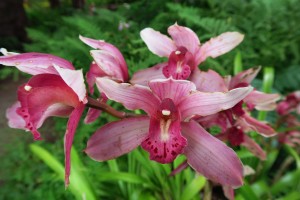 Soothing balm for the soul. 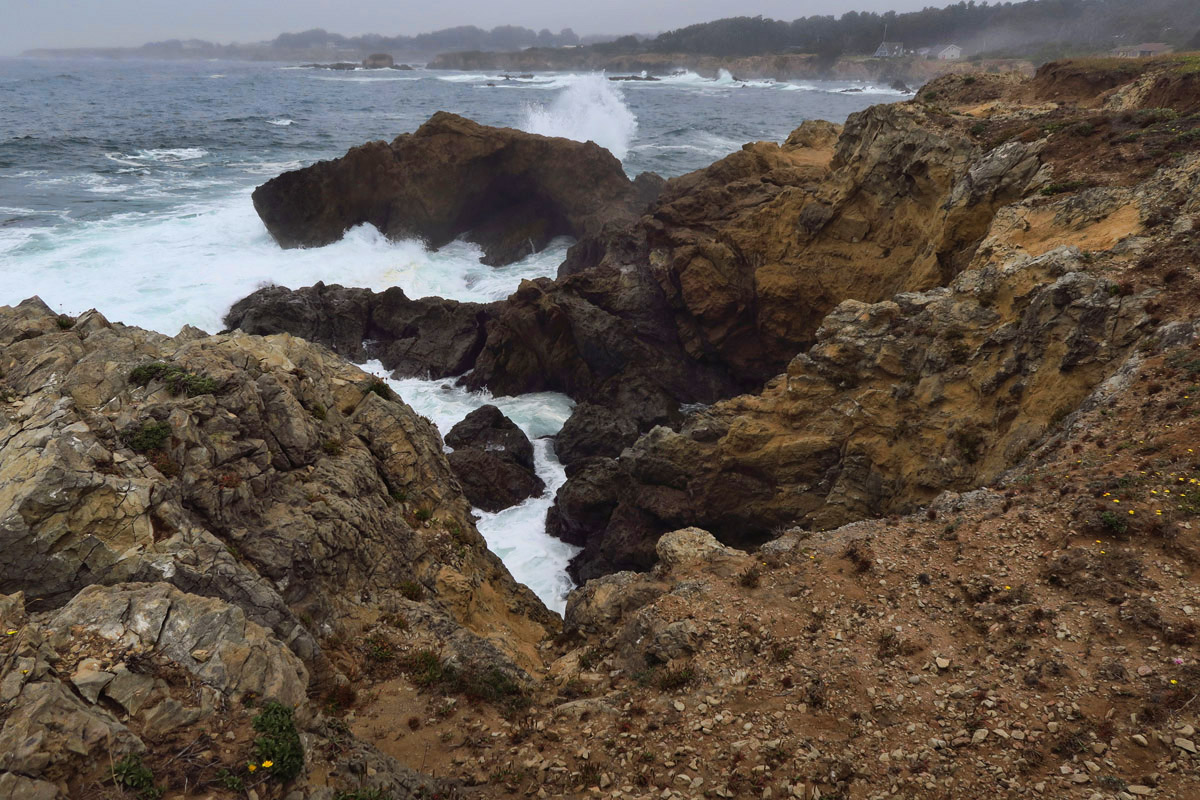 Not only do the flower gardens offer a zen-like experience, but the cliff-side trails are equally compelling. 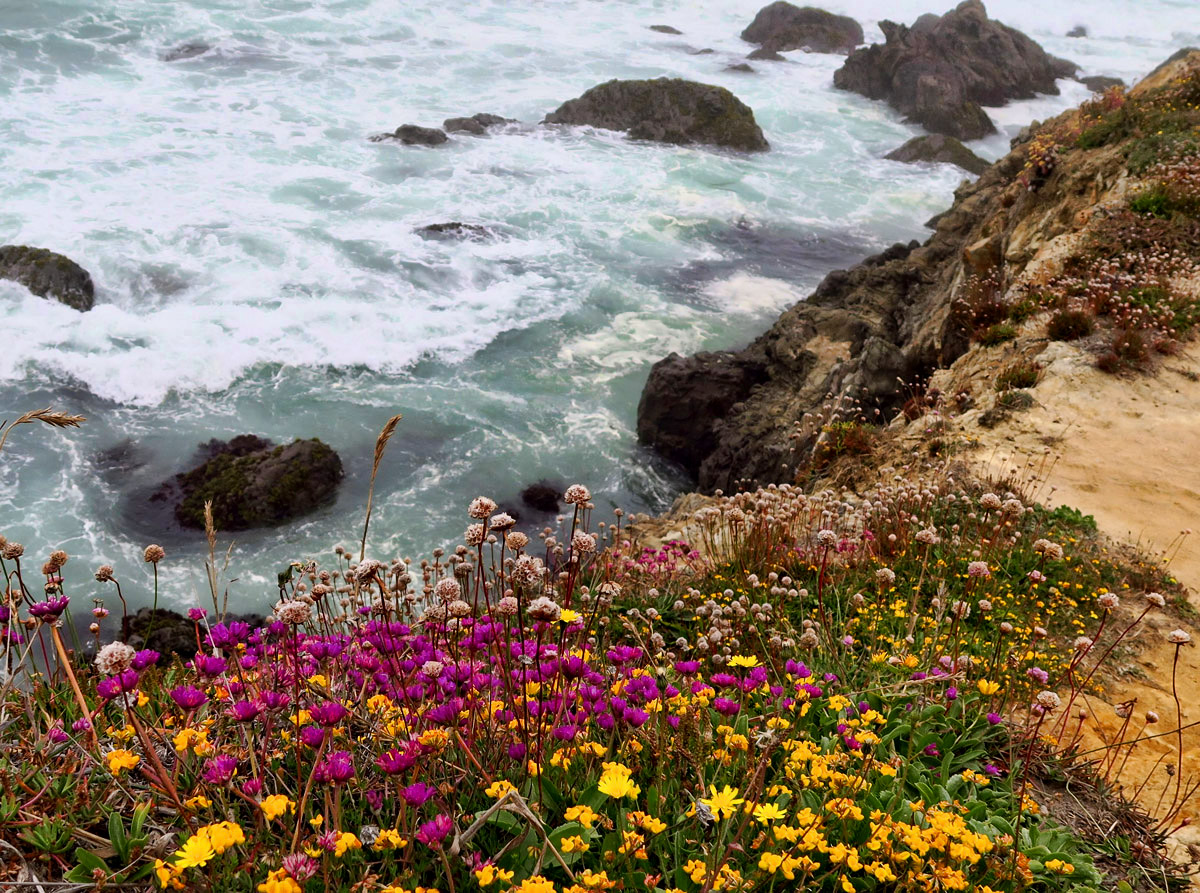 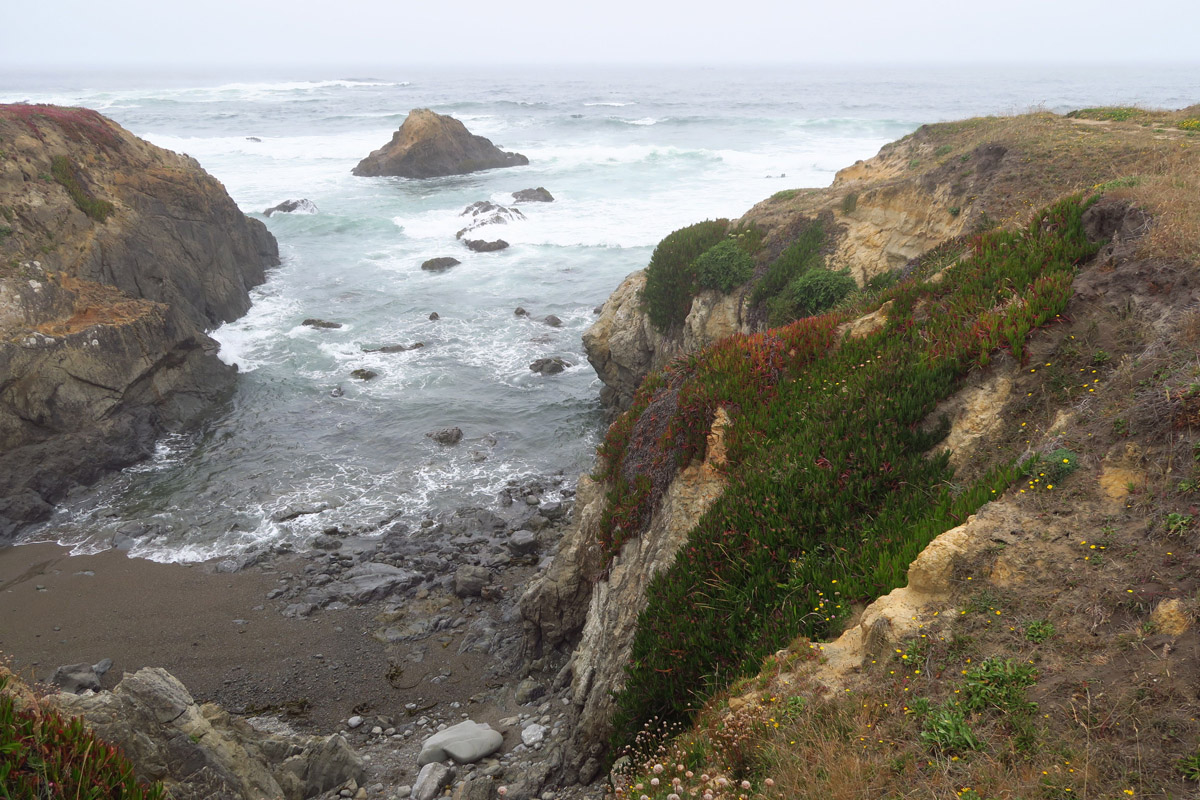 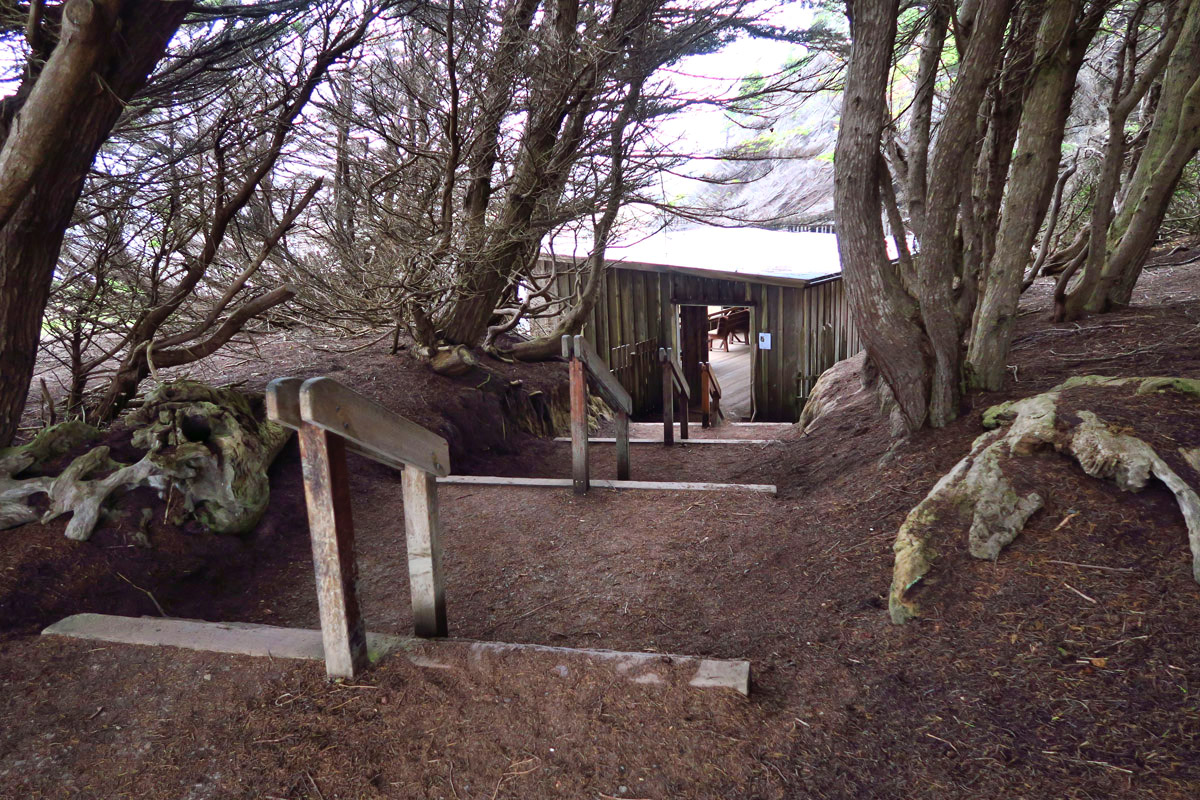 Path down to the Cliff House. 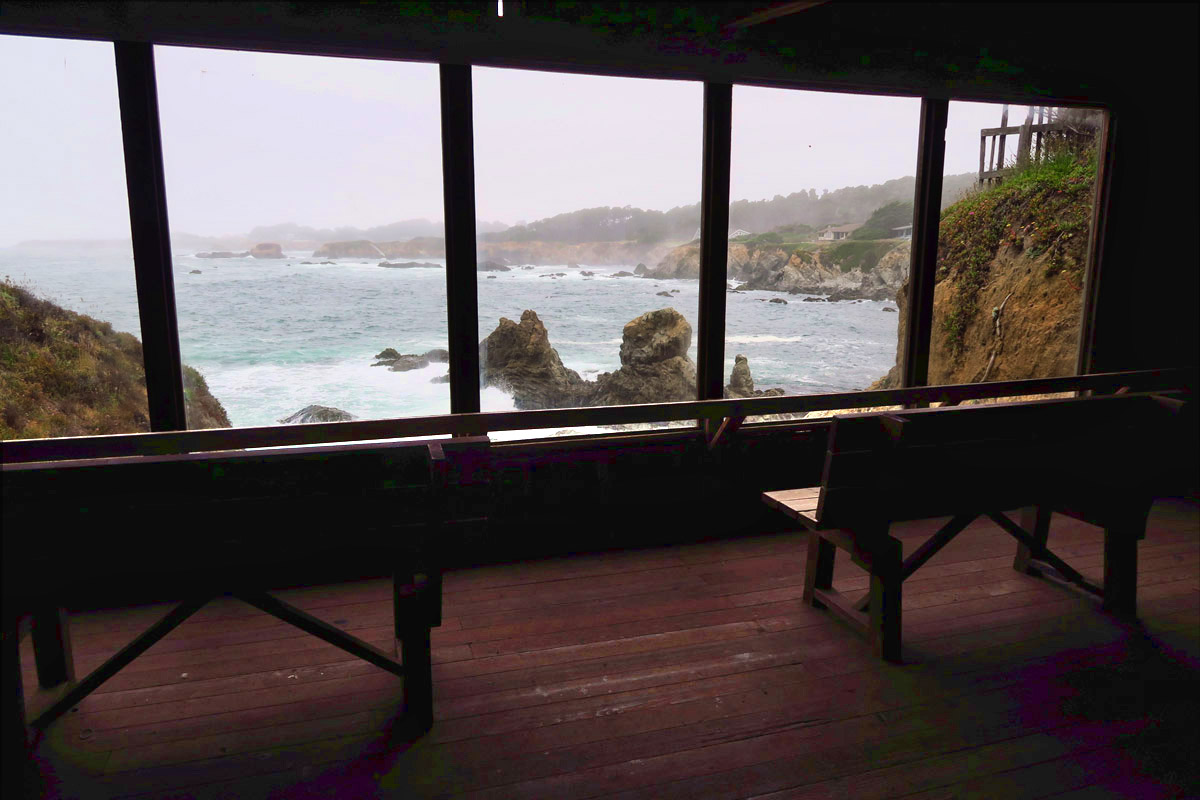 Inside the Botanical Garden’s Cliff House where one can watch migrating whales or crashing waves in warmth! 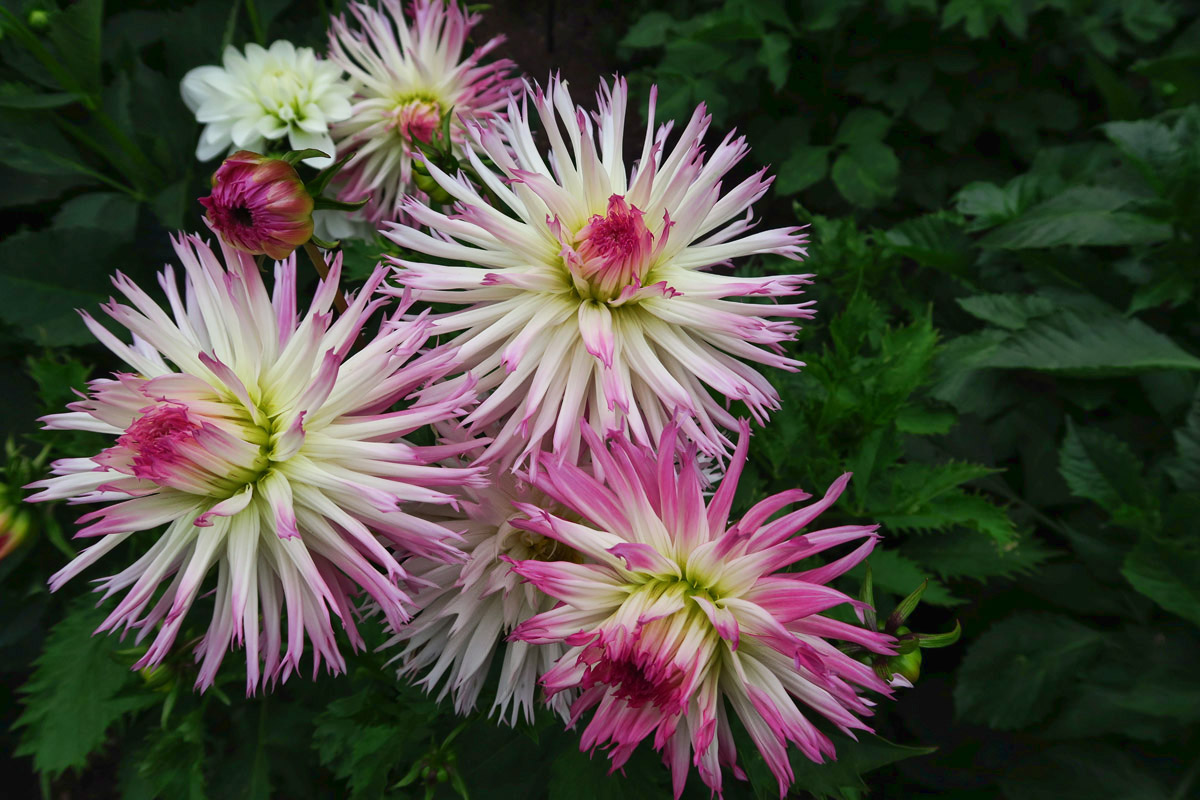 Although it’s disappointing not to be here when the vast collection of rhododendrons are in bloom, the dahlias are delightful! 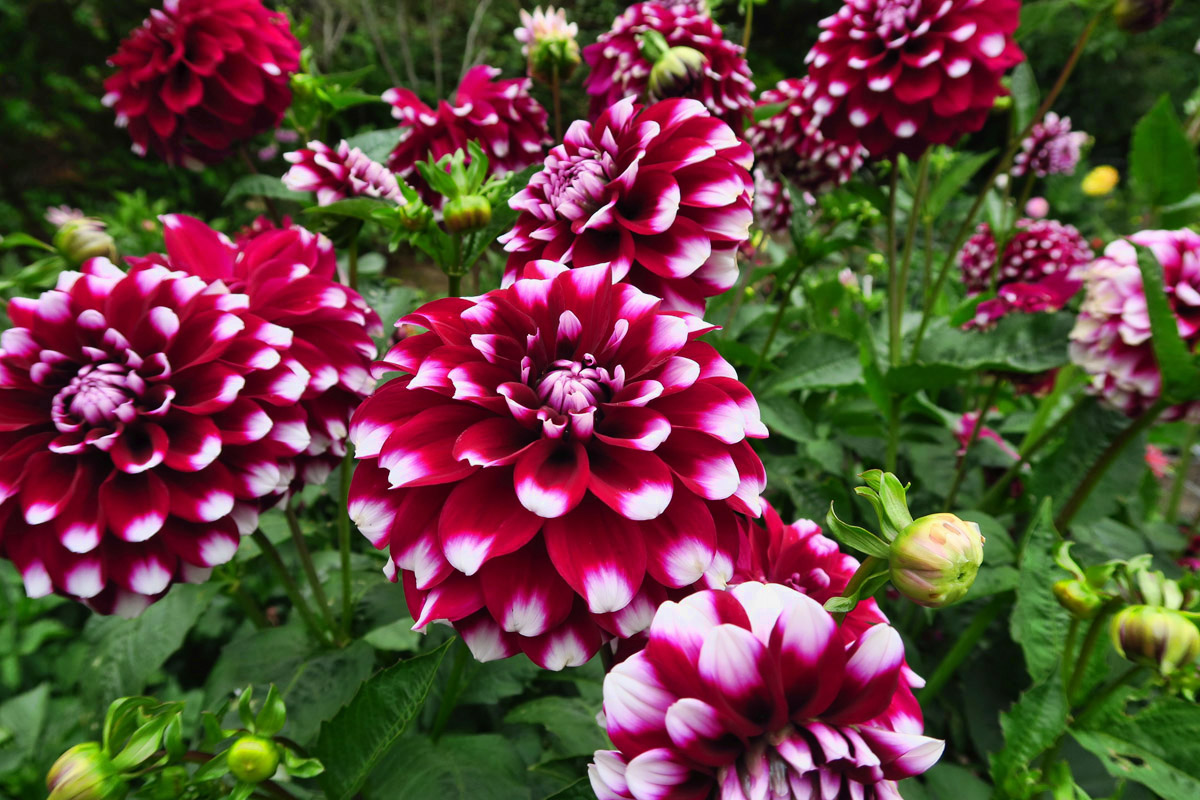 I adore how the Intelligence of Nature knows exactly how to symmetrically paint each tip of the blossoms white. 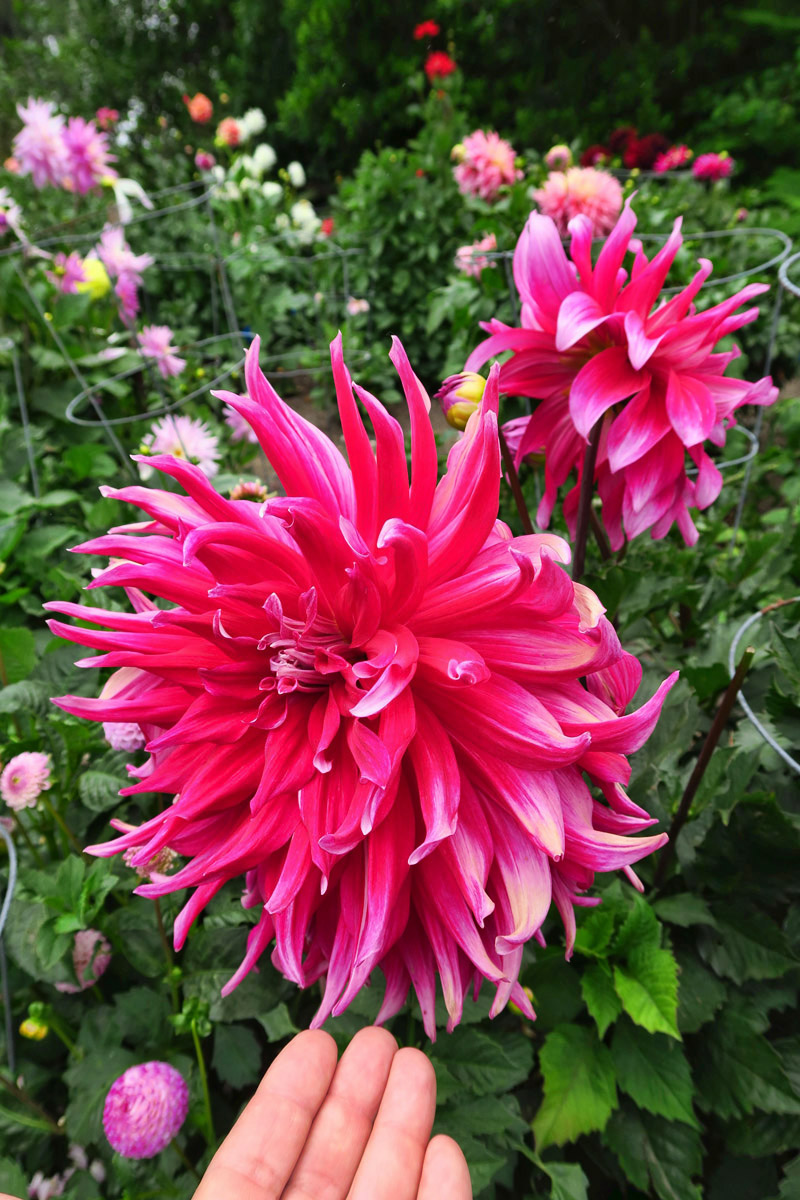 Blossoms are bigger than my hand! 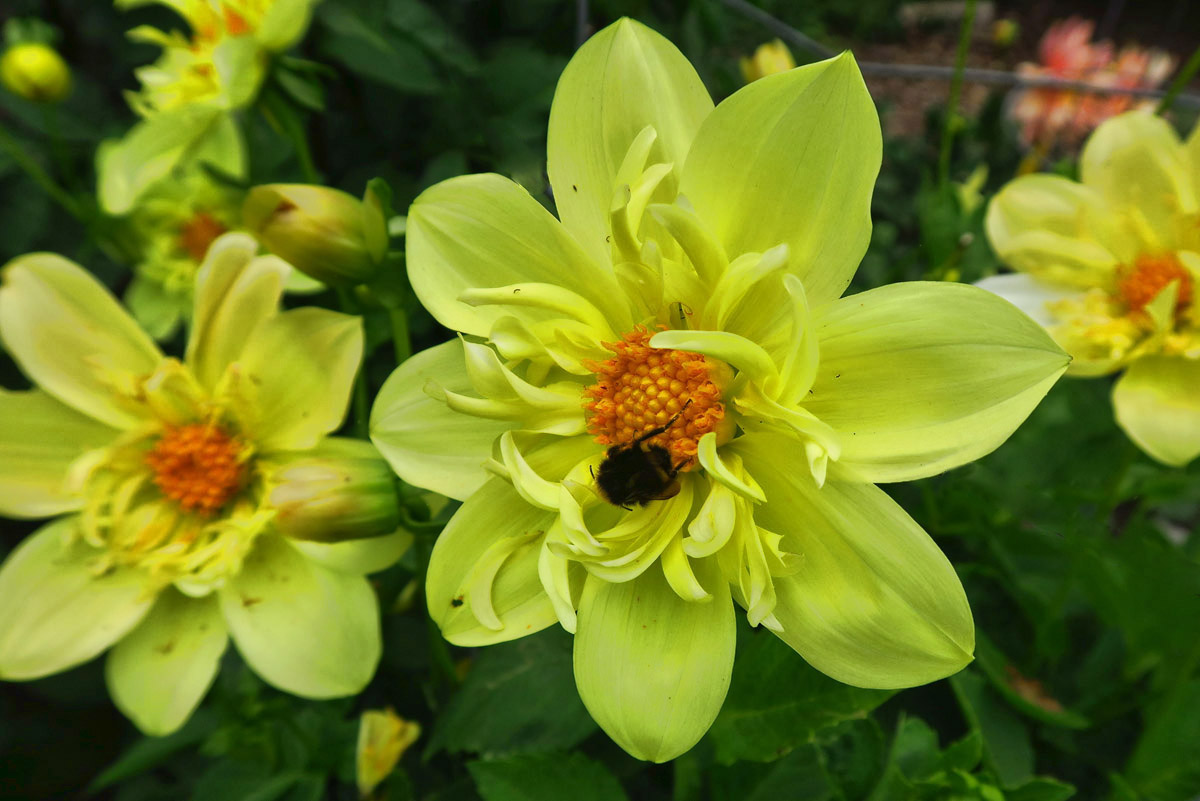