I love this quote. I often contemplate its meaning while standing on the banks of a river watching the water rush by, wondering where that water has come from and where it’s headed. Here this one instant and forever changed the next.

Now that I am back along the same Highway 101 that I traveled in 2014, it is somewhat challenging to get motivated to write about the same journey. I feel a little like a script writer for reruns. Yet if I don’t write about it, it will be like that water in the river, in my memory this instant, but flowing out with the current of new experiences. Besides, I remind myself it’s not the same journey. 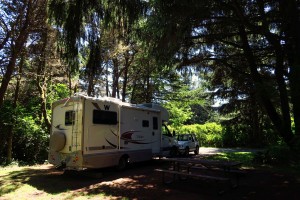 My beautiful campsite at one of my favorite State Parks, Cape Blanco. Quiet, private, spacious. 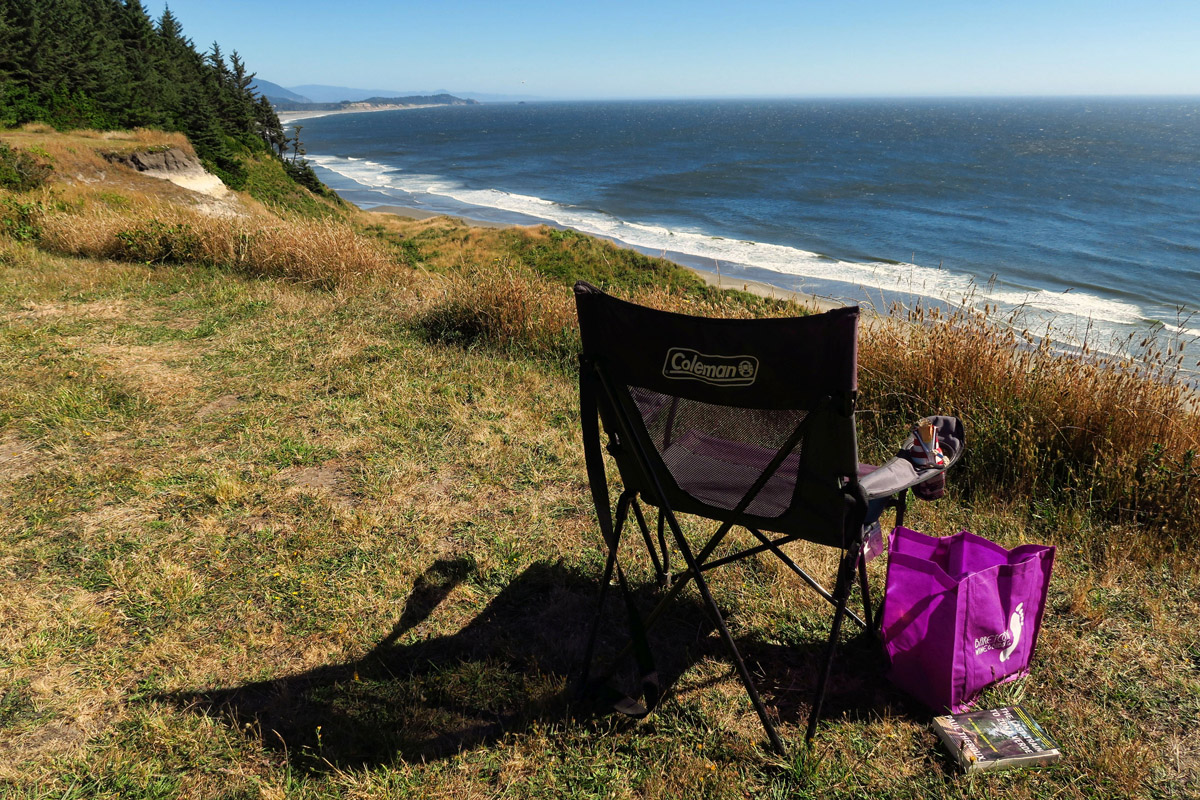 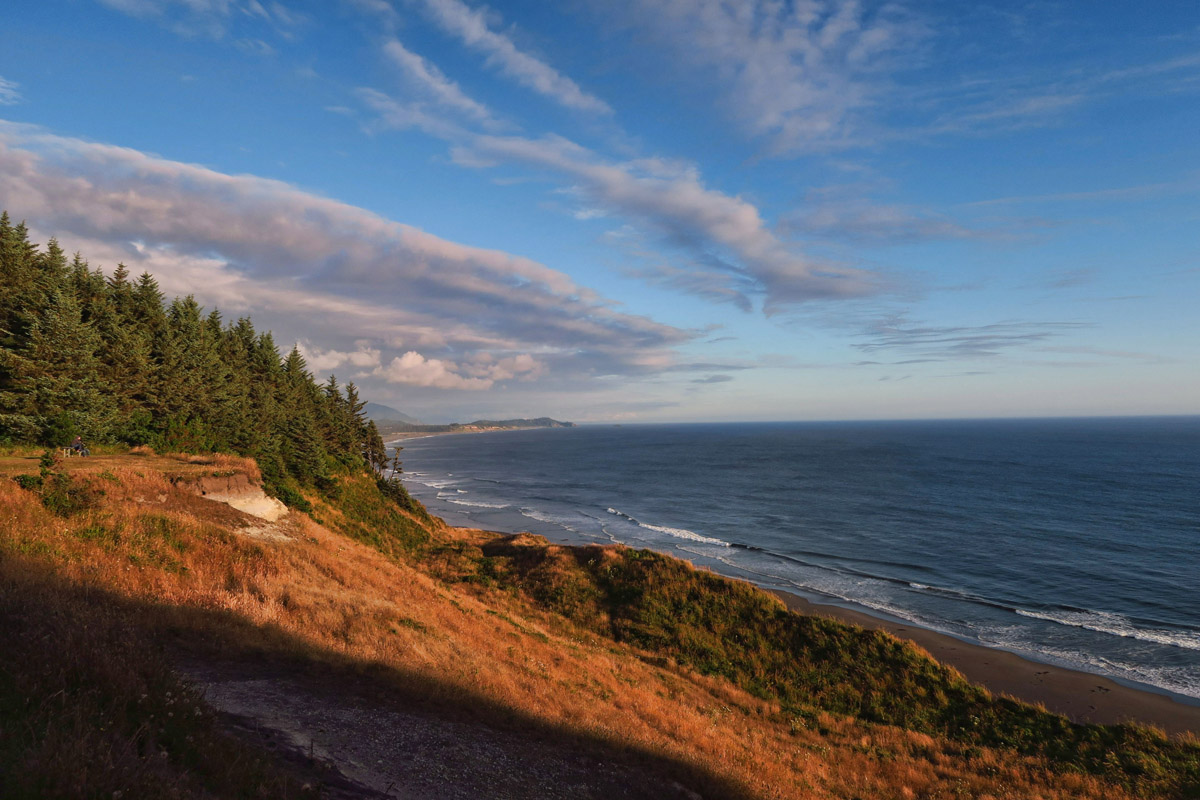 A great spot to enjoy the sunset or sit and stare at the ever changing waves below. 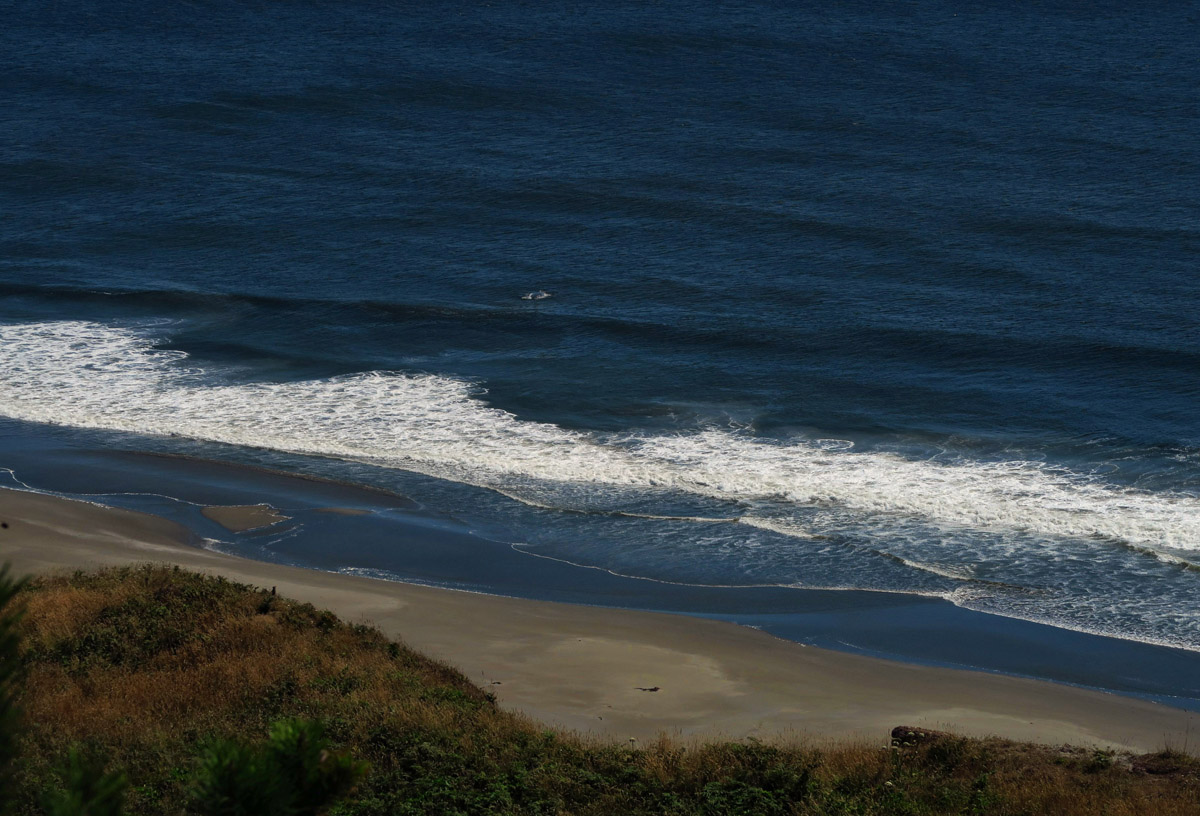 I see movement near the shore. See that white disturbance just to the left of center? 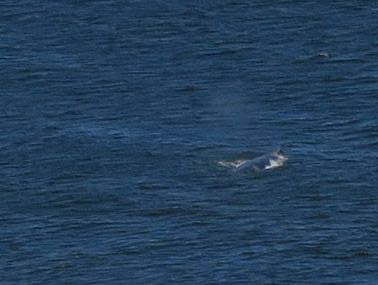 Here is a cropped close-up. It appears to be a gray whale migrating. 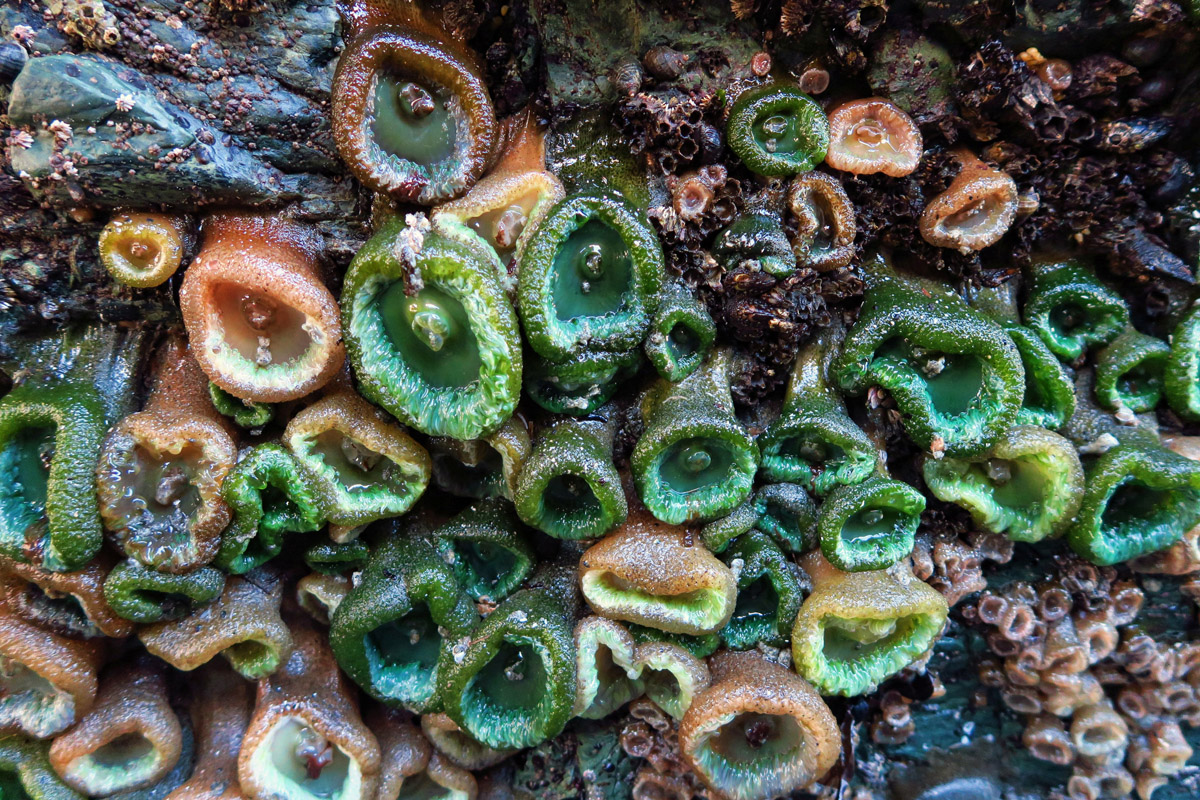 Anemones, holed up awaiting nourishment from the returning tide.

Few things have changed about the Oregon coast. It’s still as beautiful as ever. There’s a lot more road construction than I remember…closures down to one lane where you must sit and wait in line while all the people you pulled over to let pass now sit parked in the same line. And it feels a lot more crowded, but then I am doing this trip almost two months later than I did in 2014. And at the risk of sounding judgmental, a lot of those summer crowds seem a bit more “redneck” than I recall. The State Parks seem to be filled with fewer tree huggers and more axe swingers. I see more empty beer cans laying around, which could almost cast a little tarnish on the “Oregon Green.” But that no doubt comes with the heavier traffic of summer. 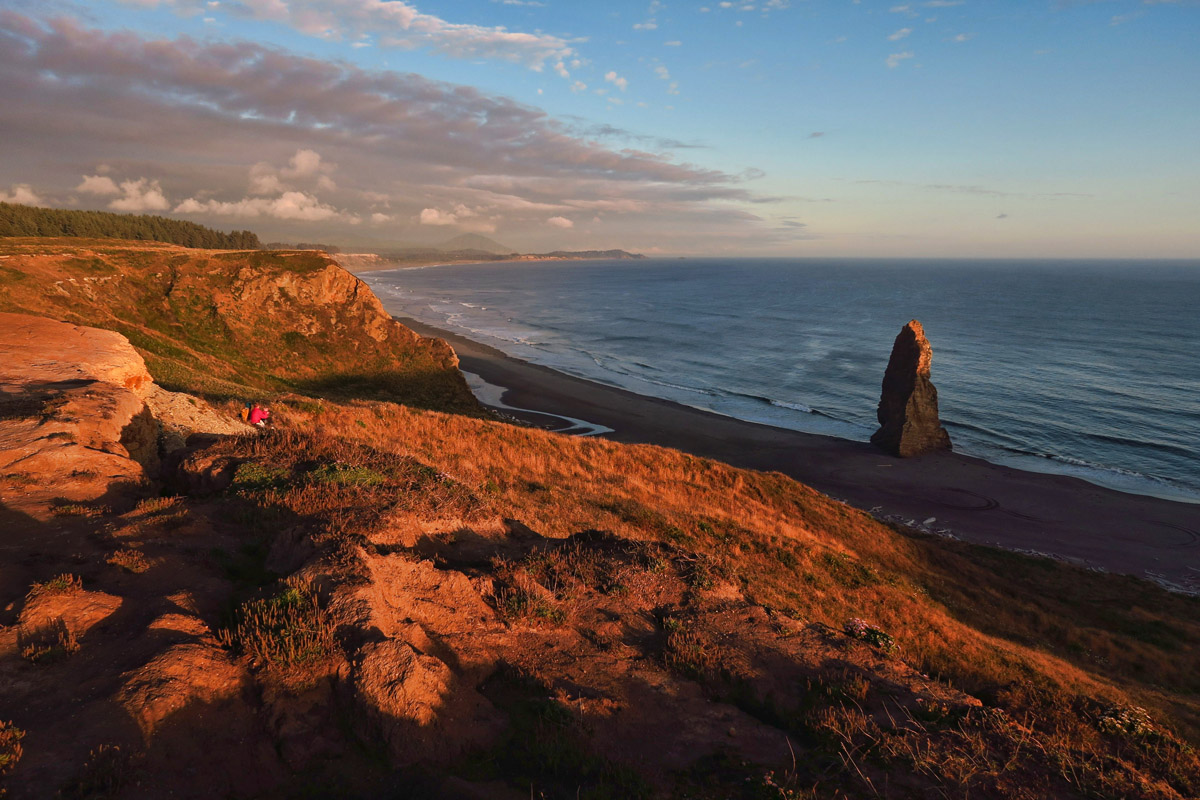 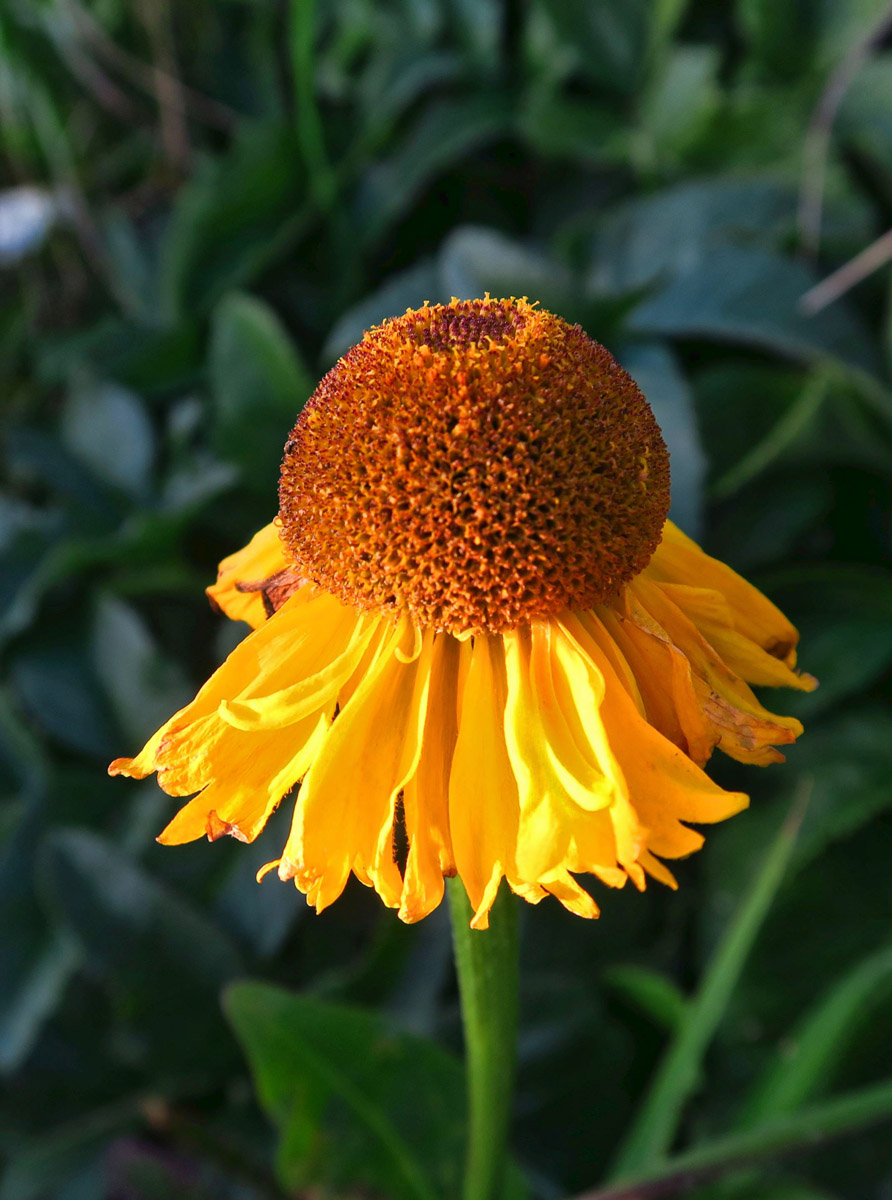 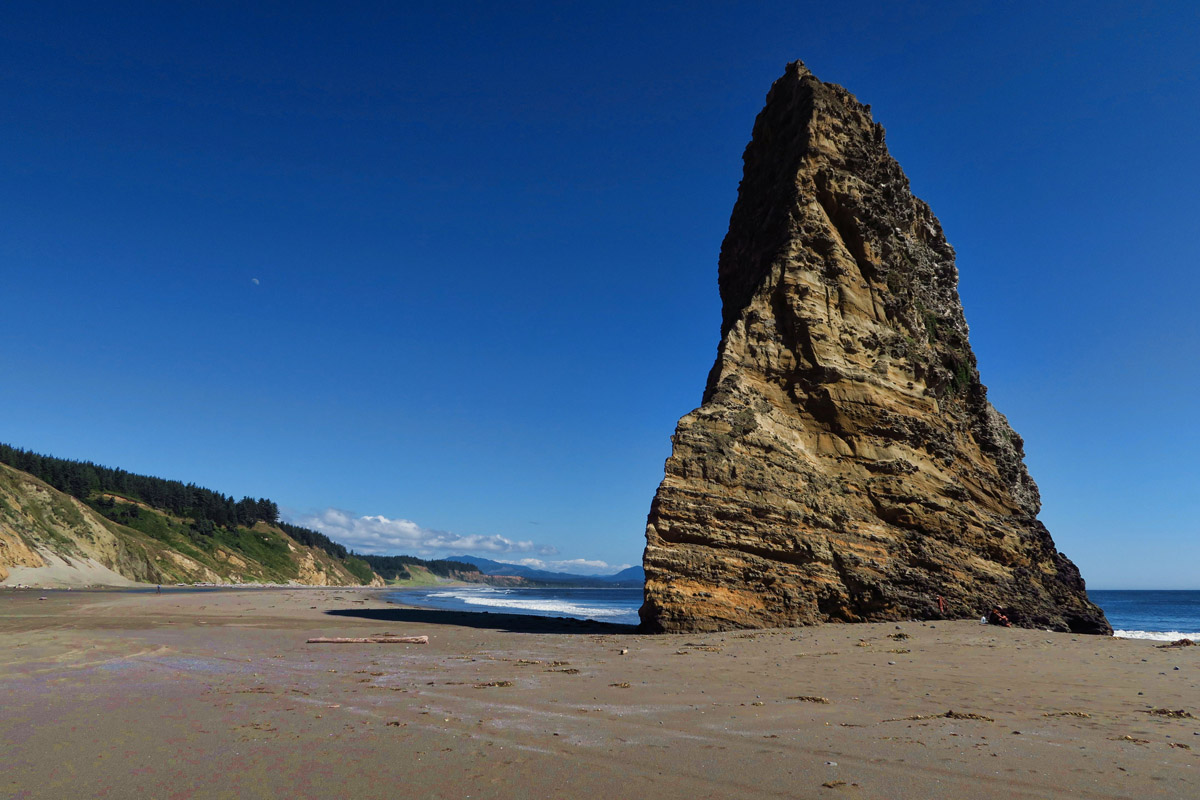 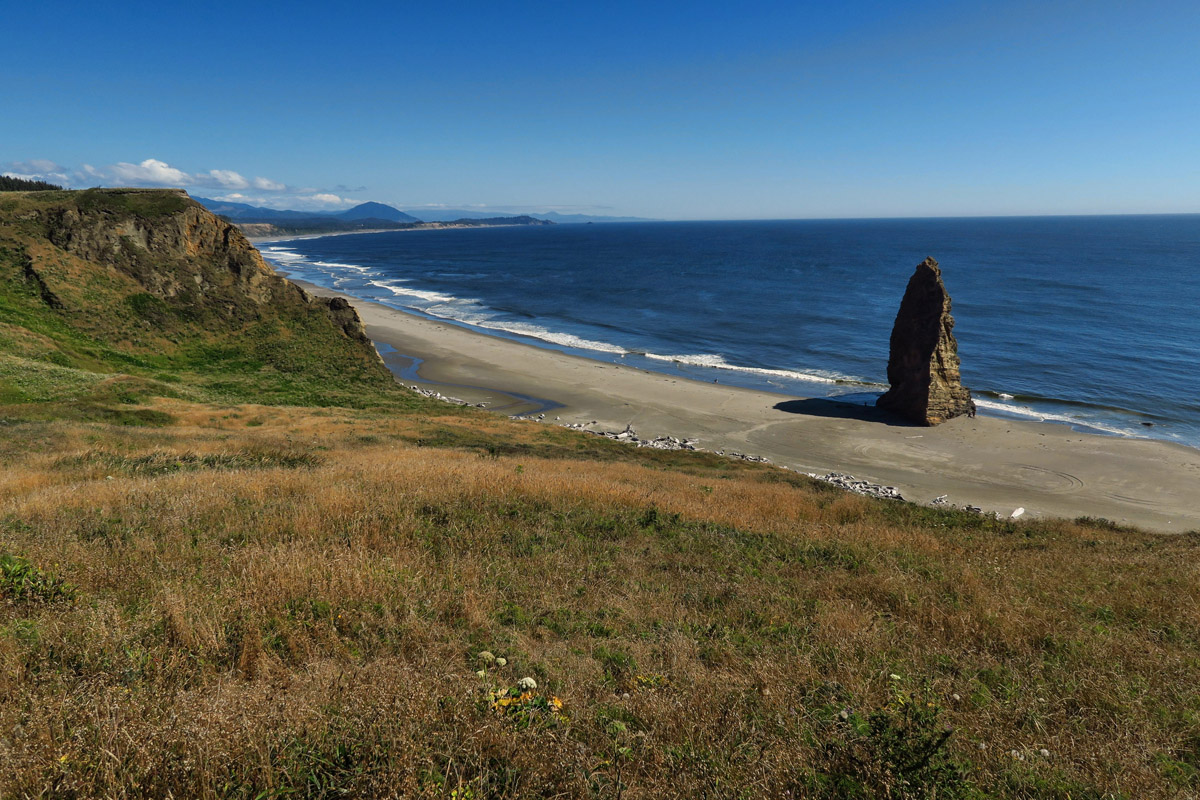 I love hiking the loop, out to the lighthouse across the meadow, down the bluff and back via the beach.

While not much has changed with the Oregon Coast in the two years, a lot has changed with me. I have now settled into the rhythm of retirement. I’ve lost two immediate family members which rocked my world and changed the whole dynamic of my family. And I’ve won and lost friends, some more impactful than others, not unlike the peeling of a painful sunburn. So I am not stepping in the same ocean twice. 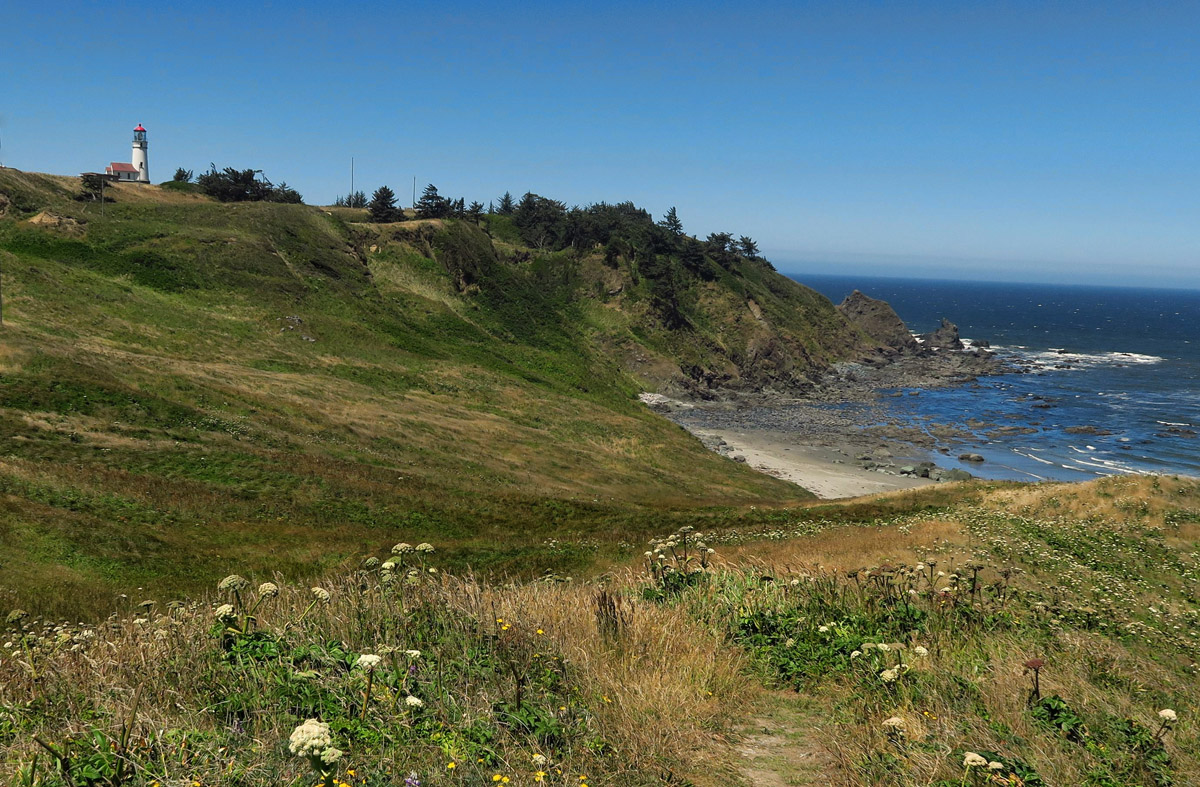 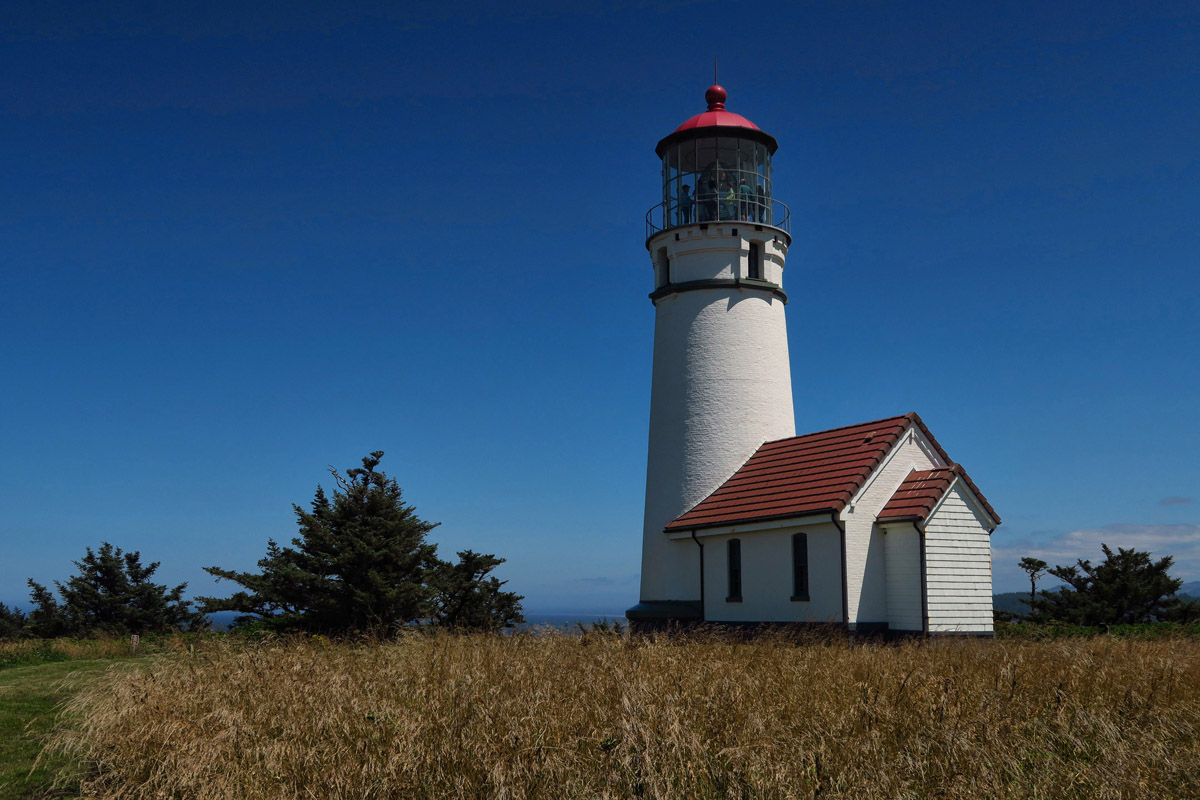 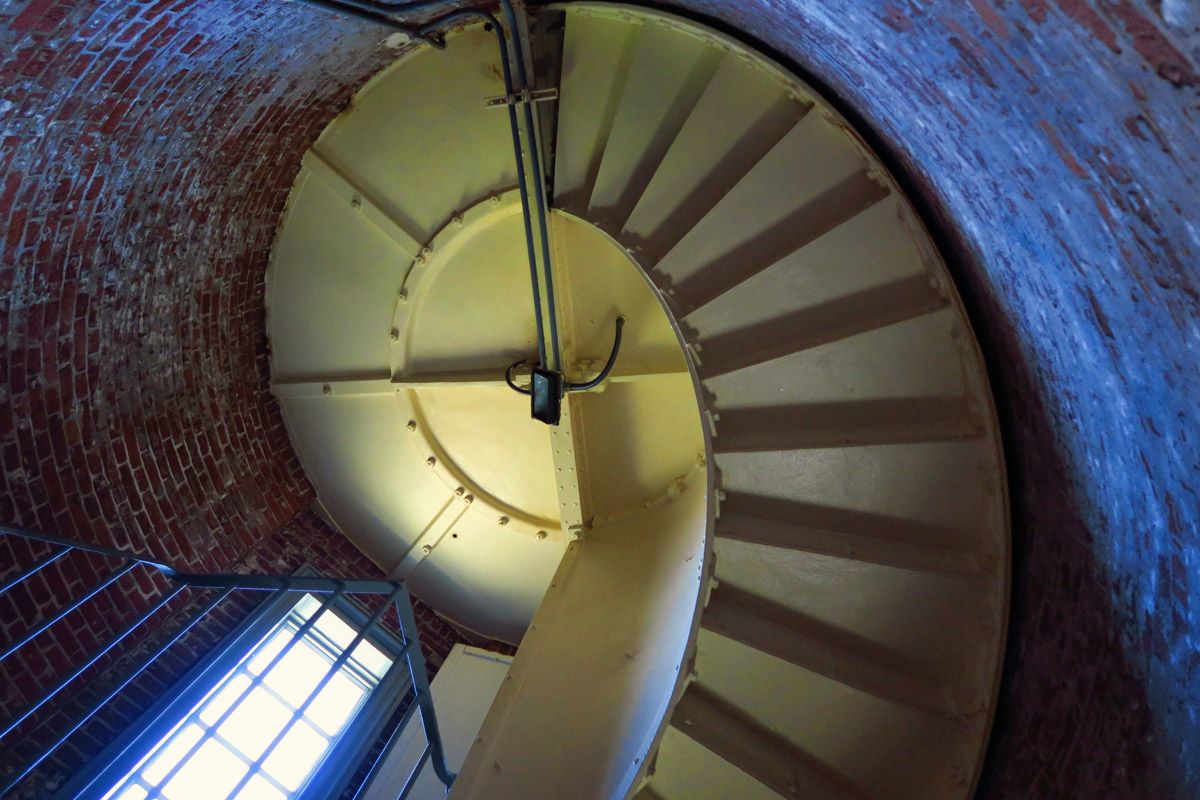 One thing that hasn’t changed is my love of the coastal lighthouses. I have now revisited three of my favorites from the 2014 trip, and each one thrills me more than I remembered. There is something so comforting about a lighthouse. They serve as metaphors for all those values I seek in life; strength, guidance, tenacity, reassurance. A sentinel of stability amid the “storms” of life. 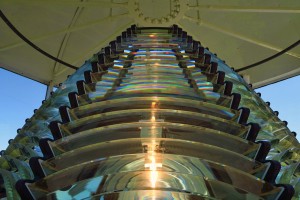 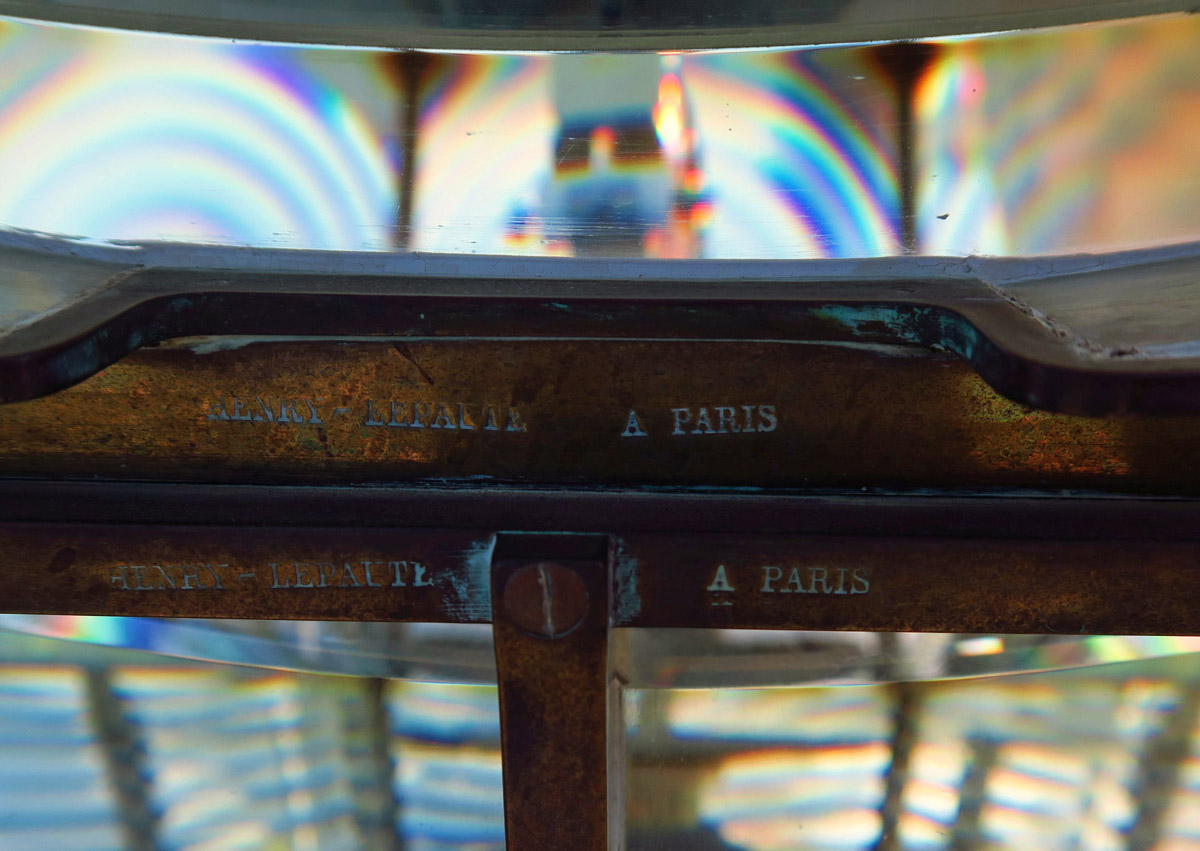 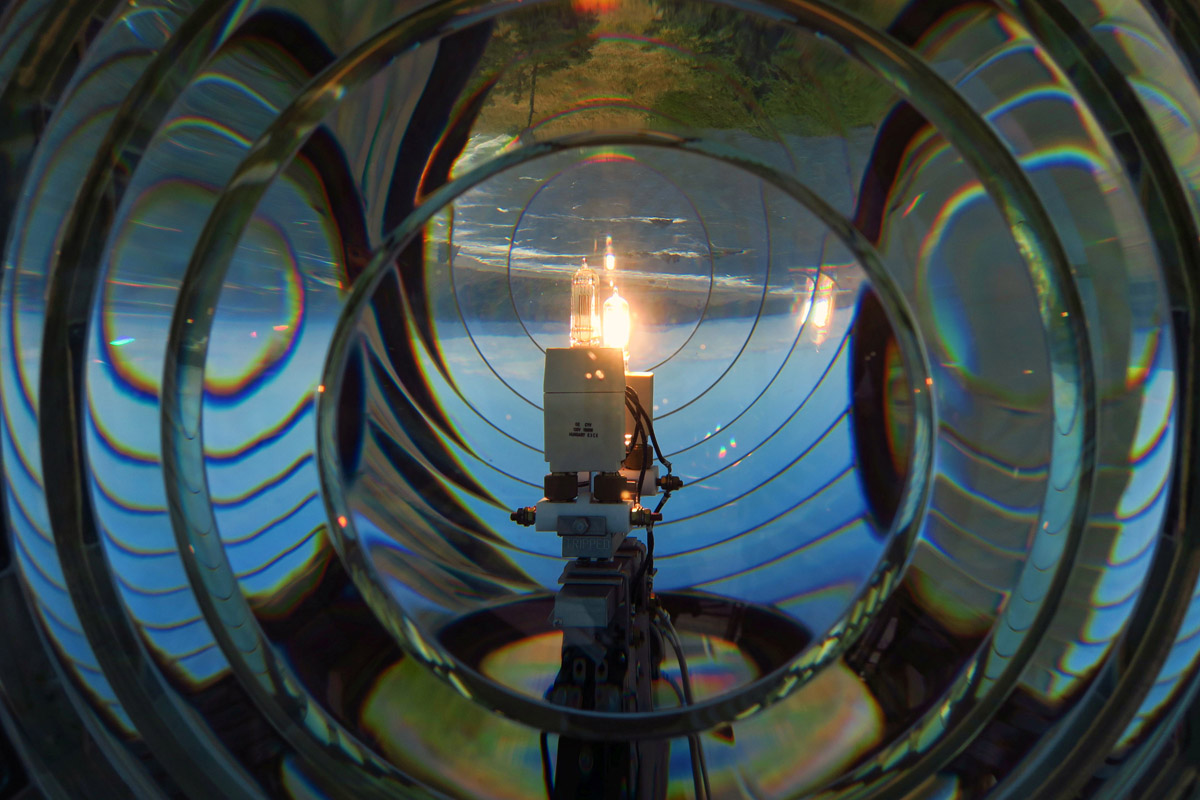 I feel the same “energy” from being inside a lighthouse tower as I do from walking among the giant redwoods and sequoias. It’s a palpable reverence. I have figured out a strategy on the lighthouse tours. First up the ladder usually means last out of the lens room, giving me time to linger just a few seconds longer. The musty smell and rough touch of those old cold bricks symmetrically circled up the tapering tower makes me pause and take stock of the history the structure represents, and the adversity those dedicated keepers of the light withstood. I love to imagine what life was like at the turn of the century. Average wage was $800 a year for tirelessly hauling gallons of oil up the narrow spiral staircase, winding the clockworks often every hour, and keeping that jewel-like prism free of soot and salt spray to guide the mariners to safety. 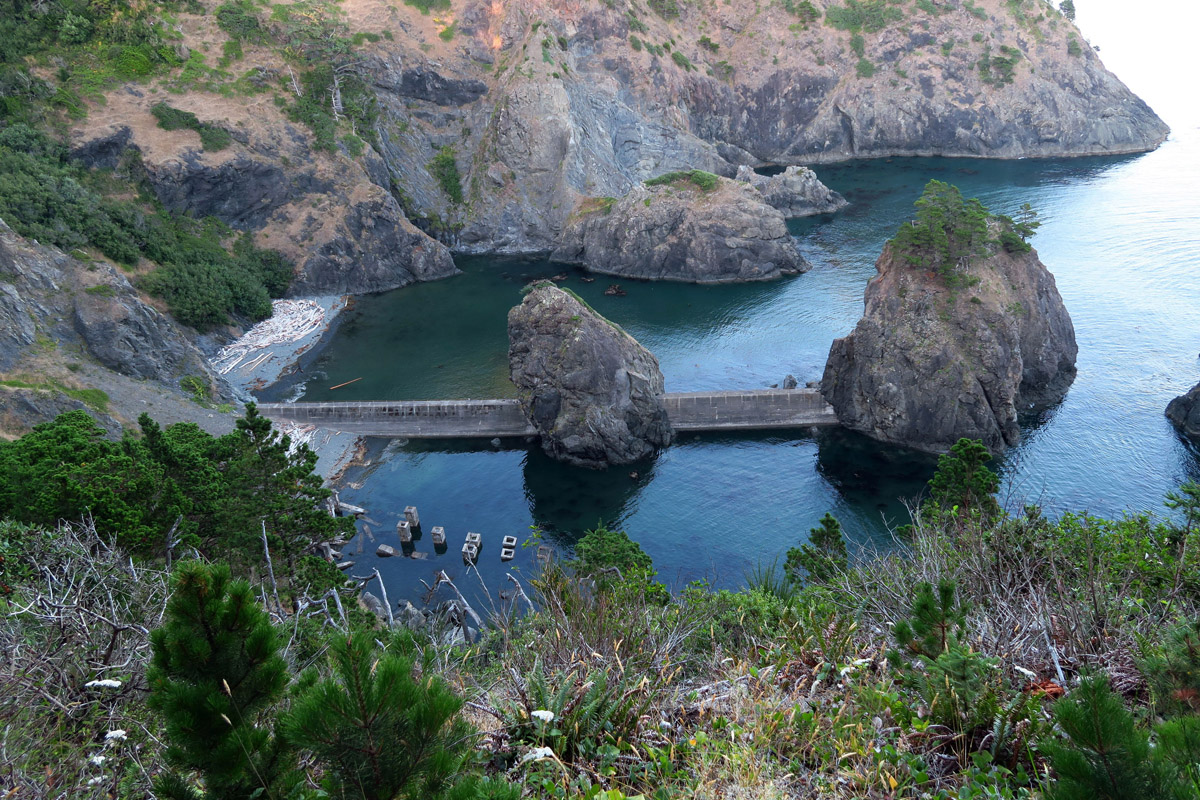 Nearby Port Orford has an interesting Life Saving Museum. This, along with most of the 530 concrete steps, are all that remain of the boathouse, 300 ft down from the Lifeboat Station. 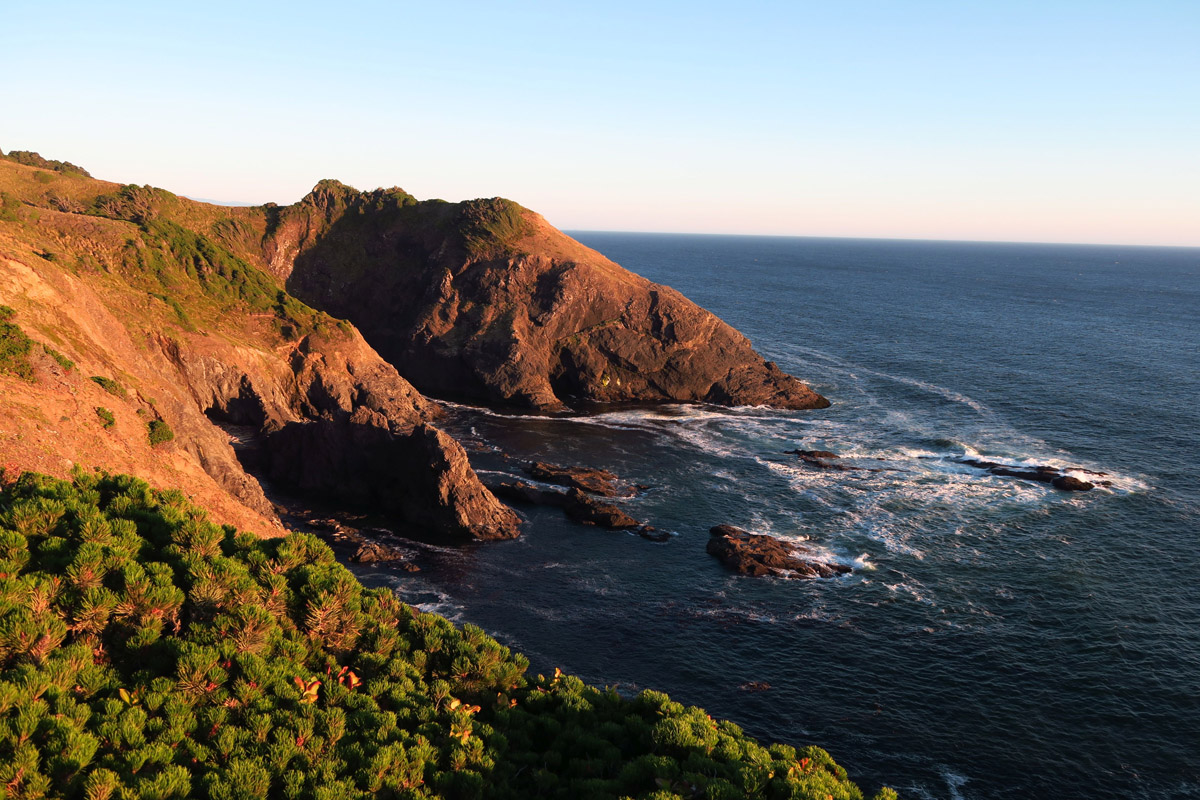 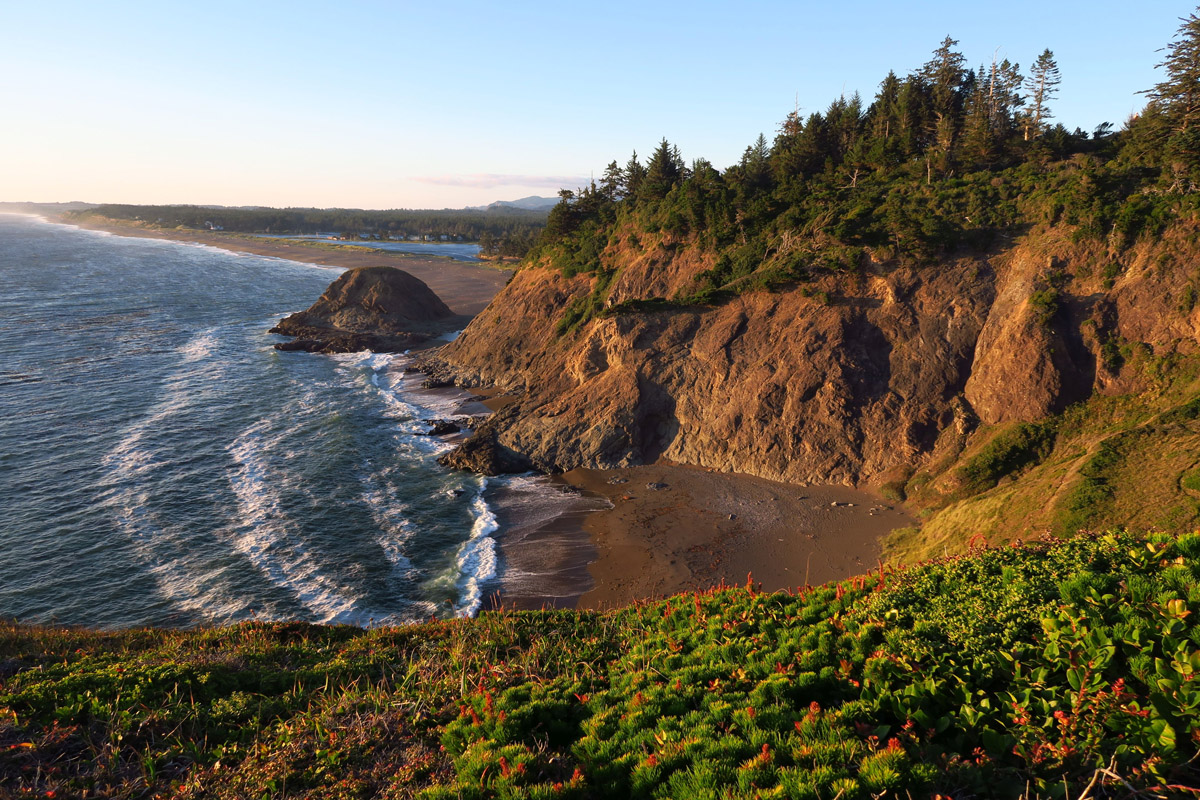 It’s comforting and inspiring to see these wise old girls still weathering the new storms of the day; to keep them relevant in the changing landscape of tourism, technology of automated signals, and competition for the passions of a new generation, some who seem only interested in the historical structures if there as a Pokemon to be found in front of it. 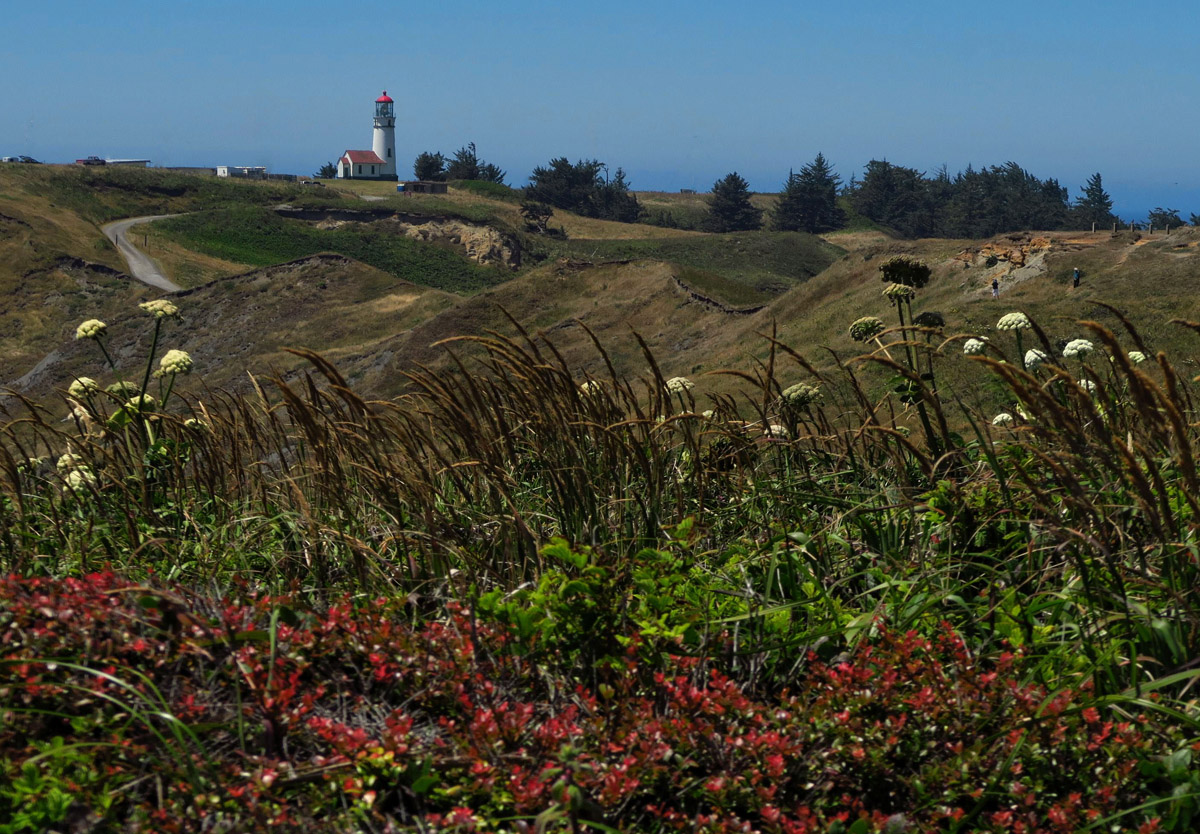 How it appears in my fantasy, with no telephone poles or radio towers to distract from the view. 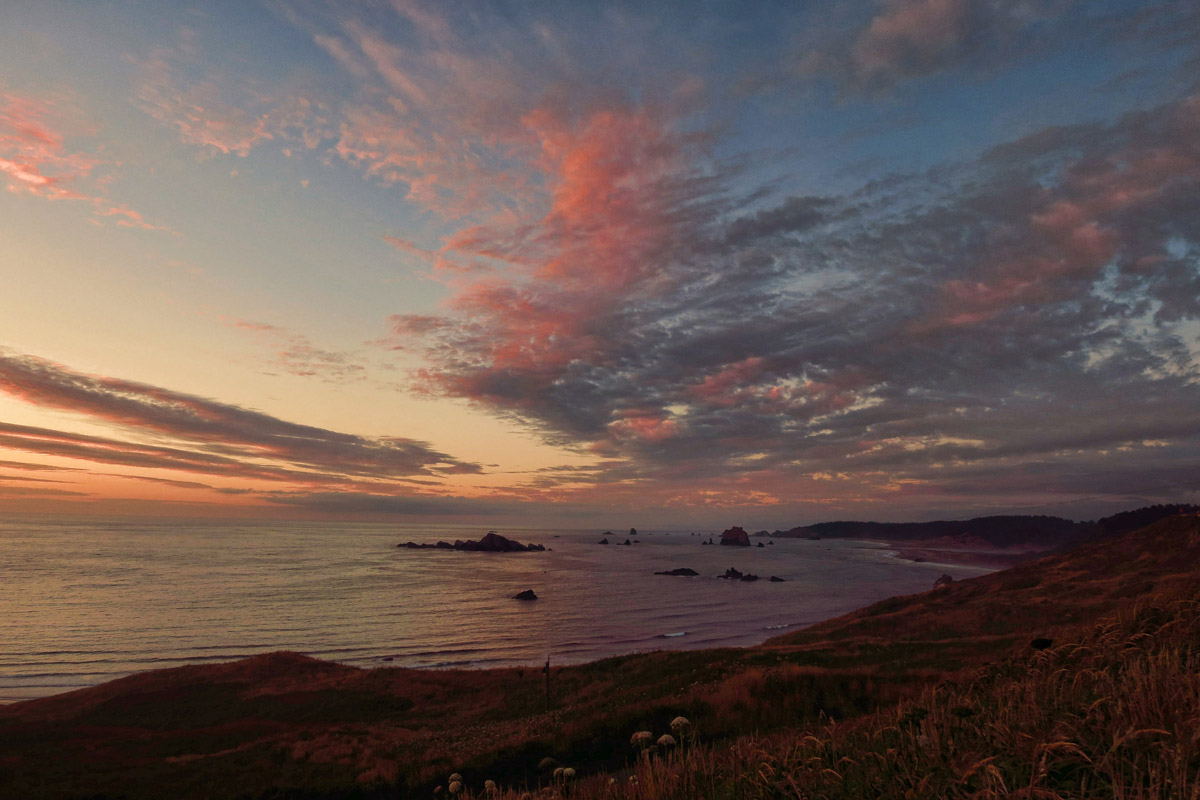 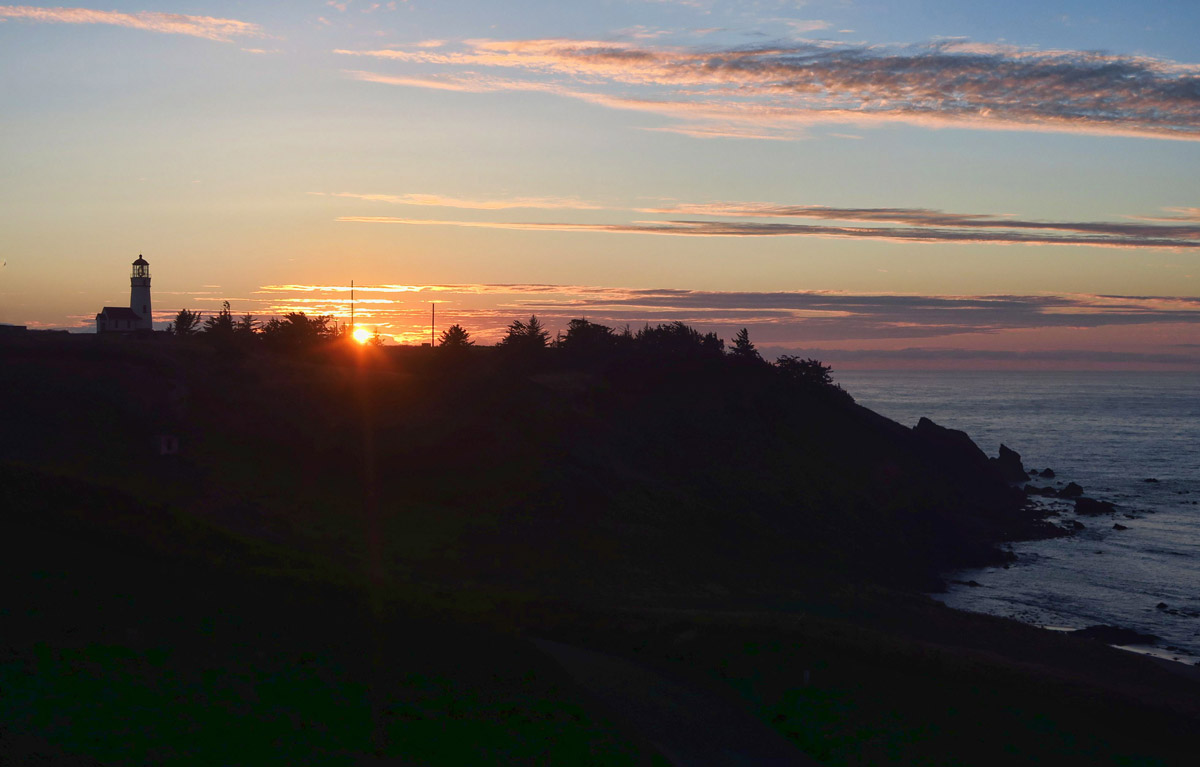 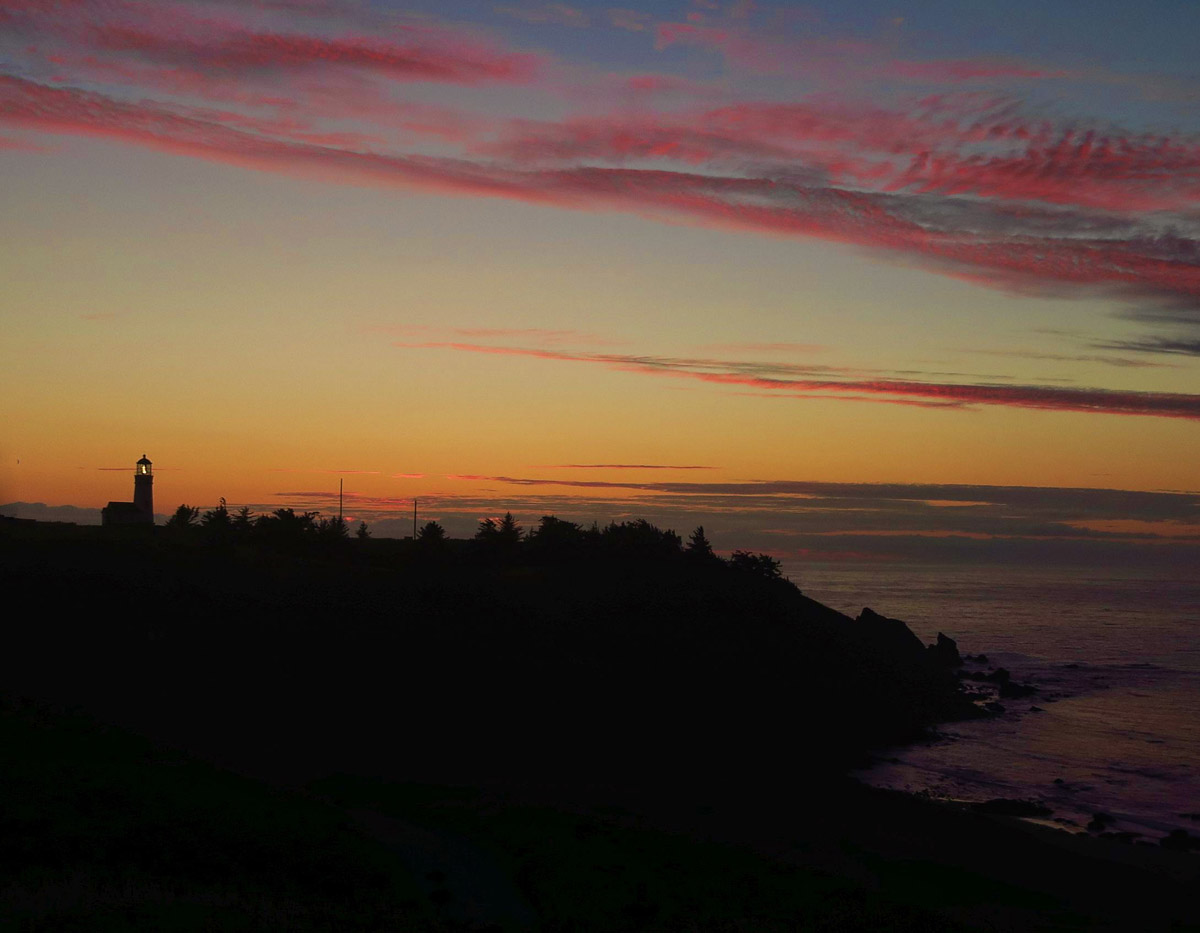 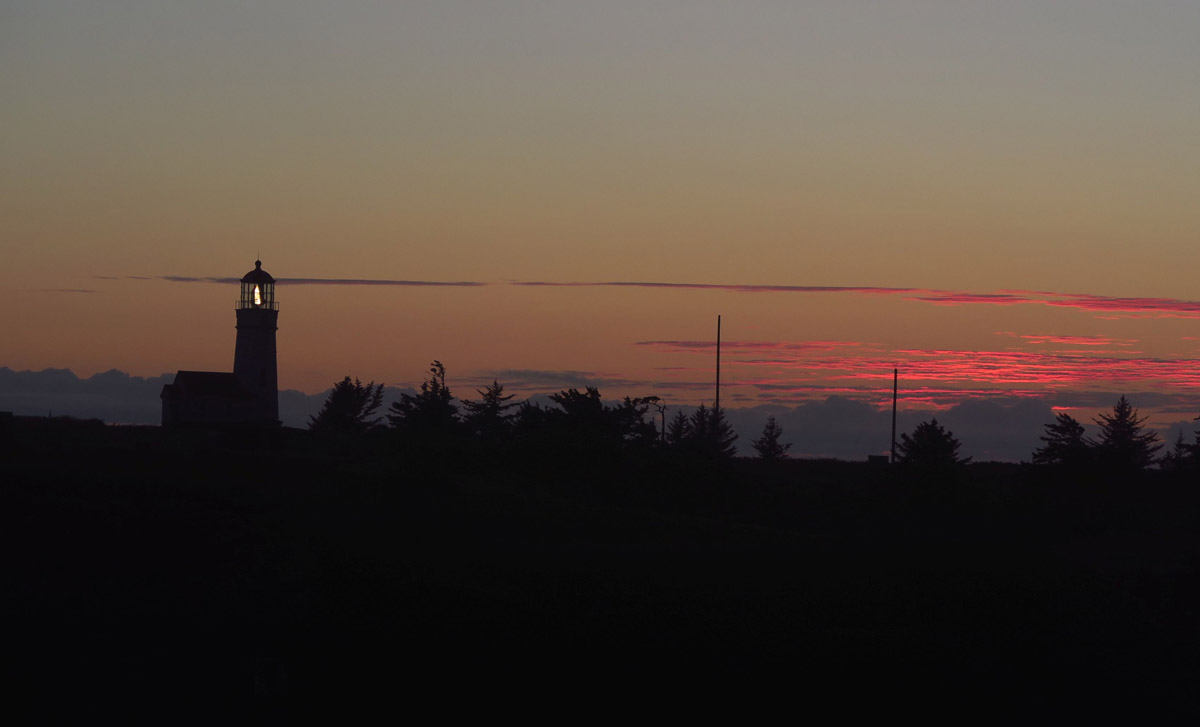 16 thoughts on “Stepping in the Same Ocean Twice”