When I made the loop through the Olympic Peninsula back in 2014, the one thought I kept repeating in my head consistently was, “My brother Don would LOVE this place!”  We have always shared a similar love for the “beauty in the pathless woods” and the serenity of a “lonely shore.”

So although I had not planned on making the loop any further west than Port Townsend this year, once he decided to join me, I could not miss the opportunity to show him some of my favorite stops from my 2014 tour.   Here are just a few photos of the whirlwind tour looping back around the OP…

“There is a pleasure in the pathless woods,
There is a rapture on the lonely shore,
There is society where none intrudes,
By the deep Sea, and music in its roar:
I love not Man the less, but Nature more”
~Lord Byron 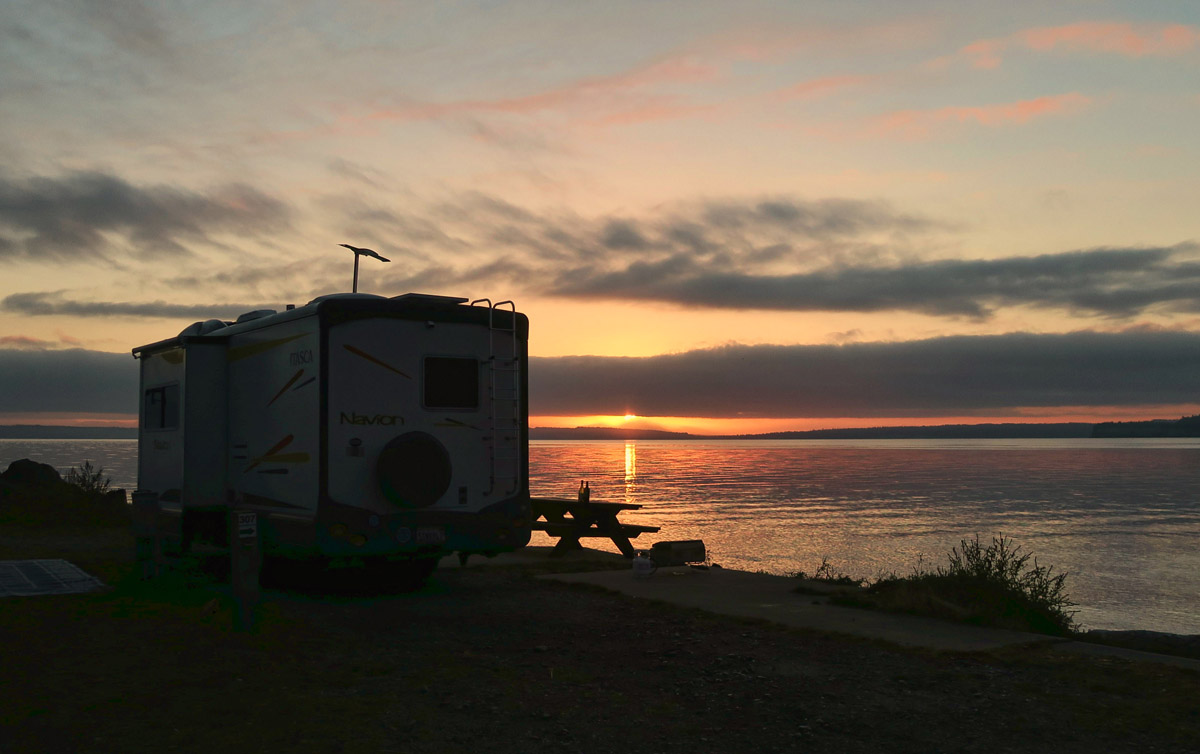 Sunrise on the point of Point Hudson Marina. 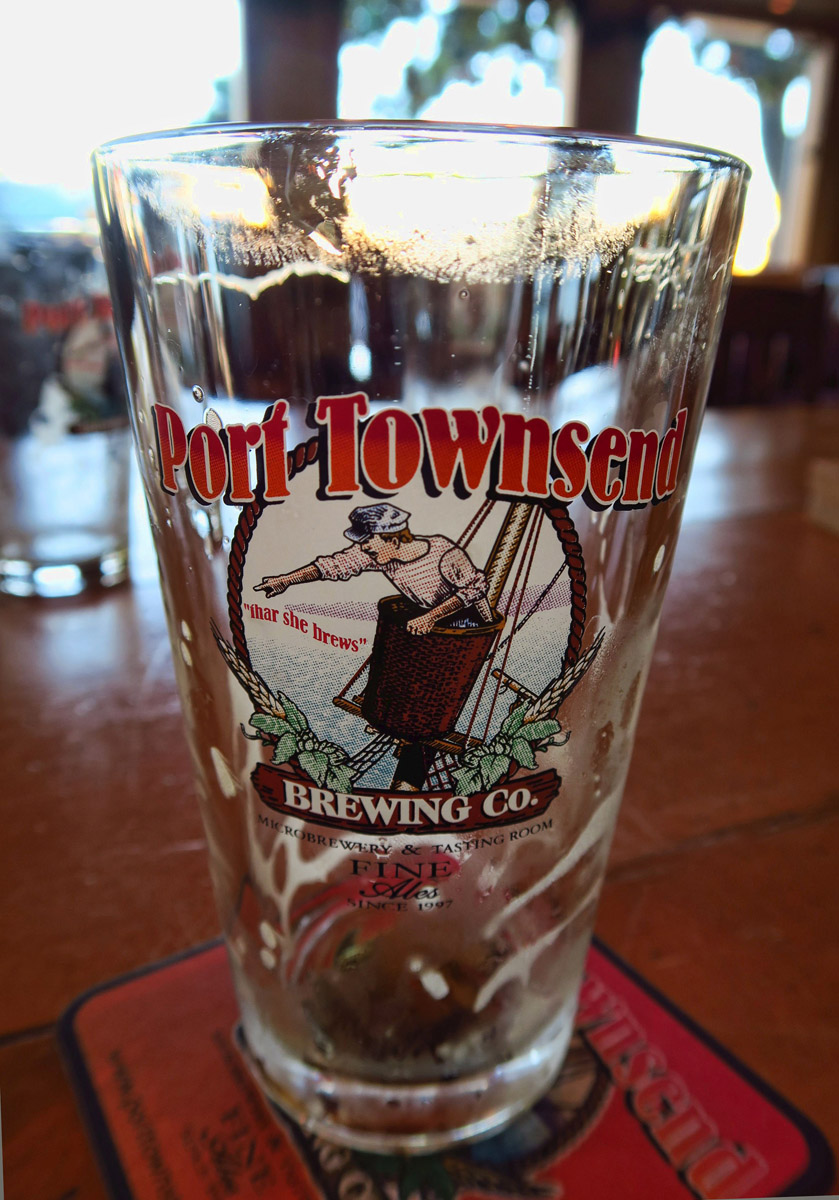 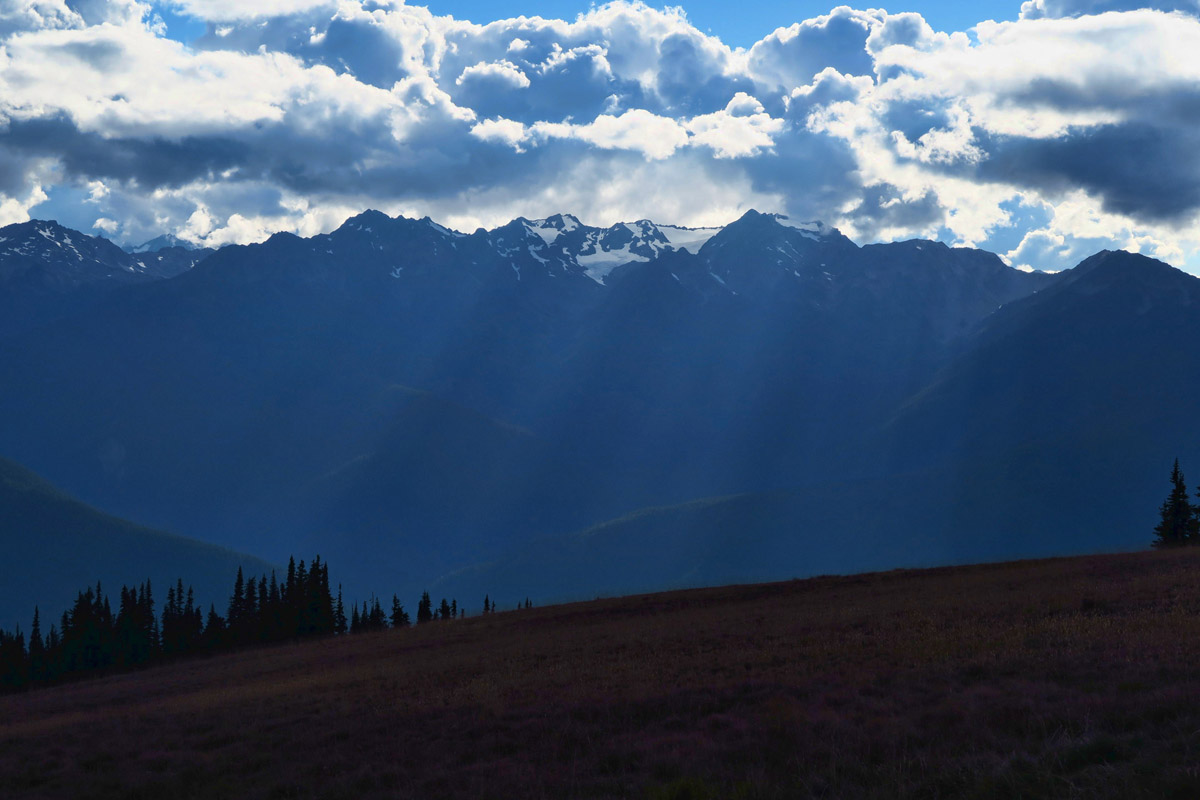 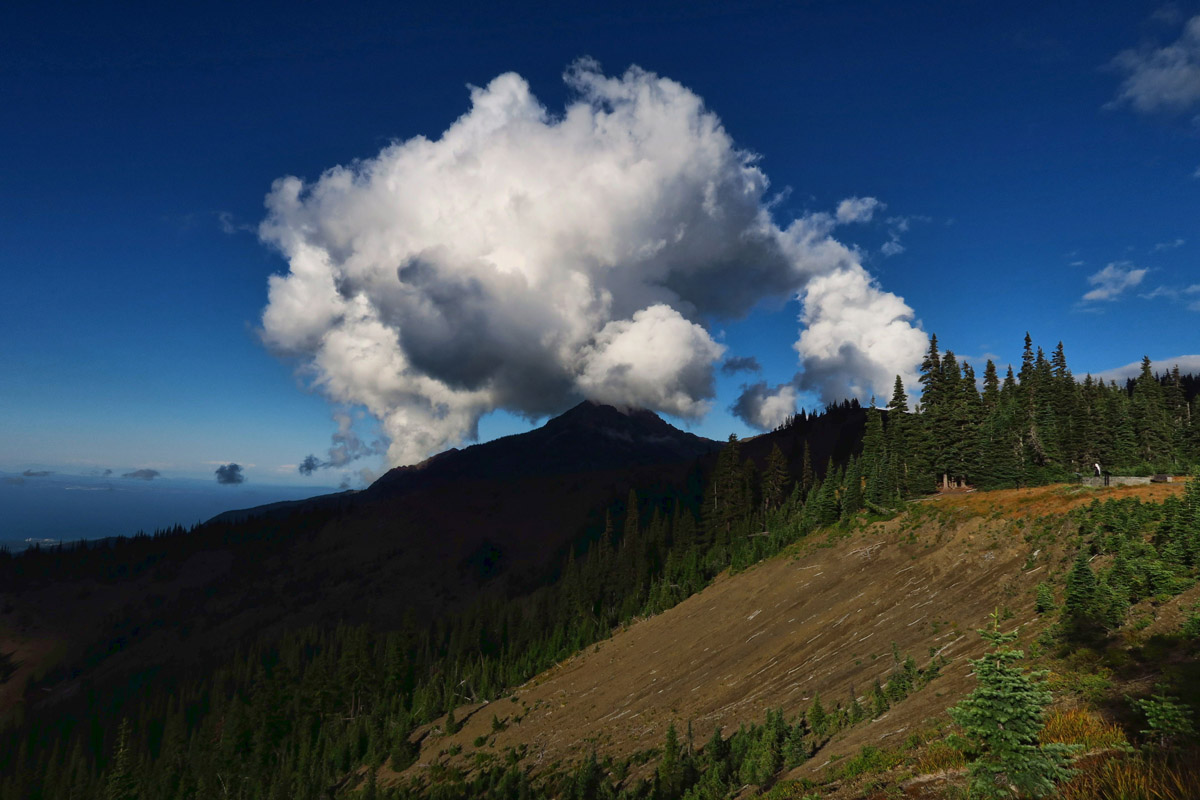 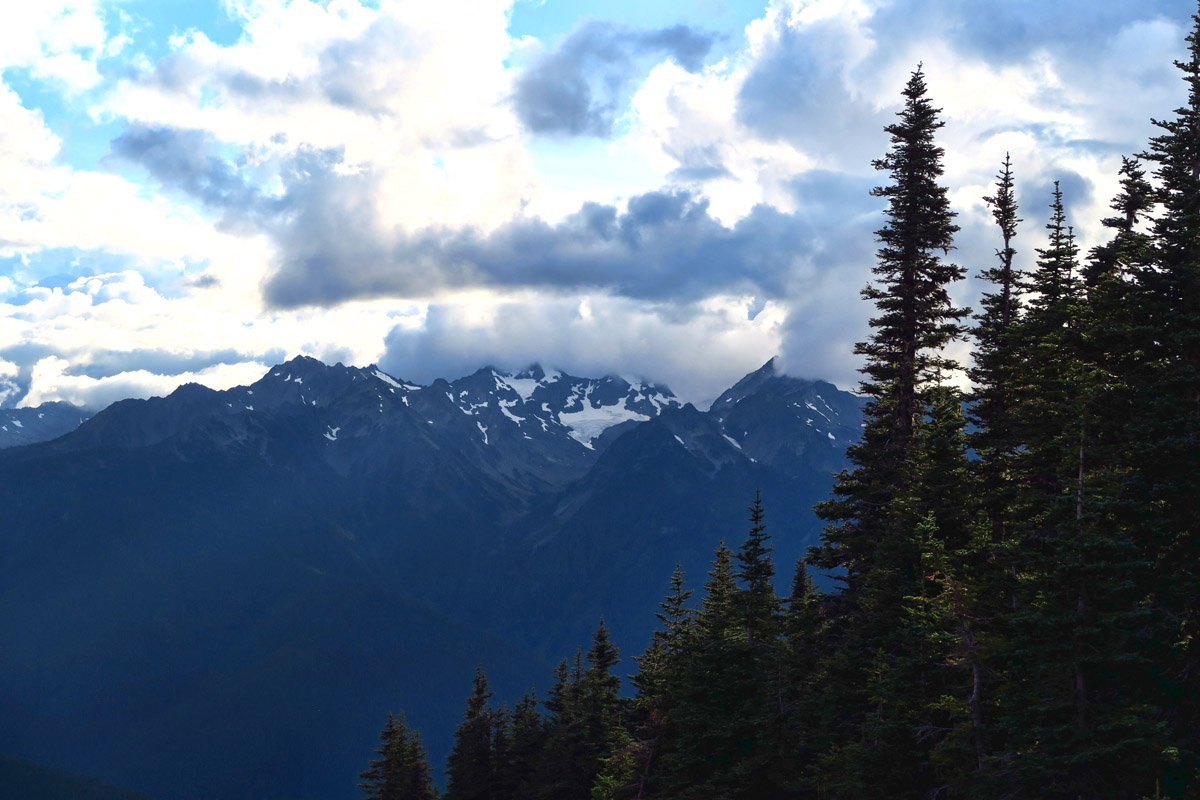 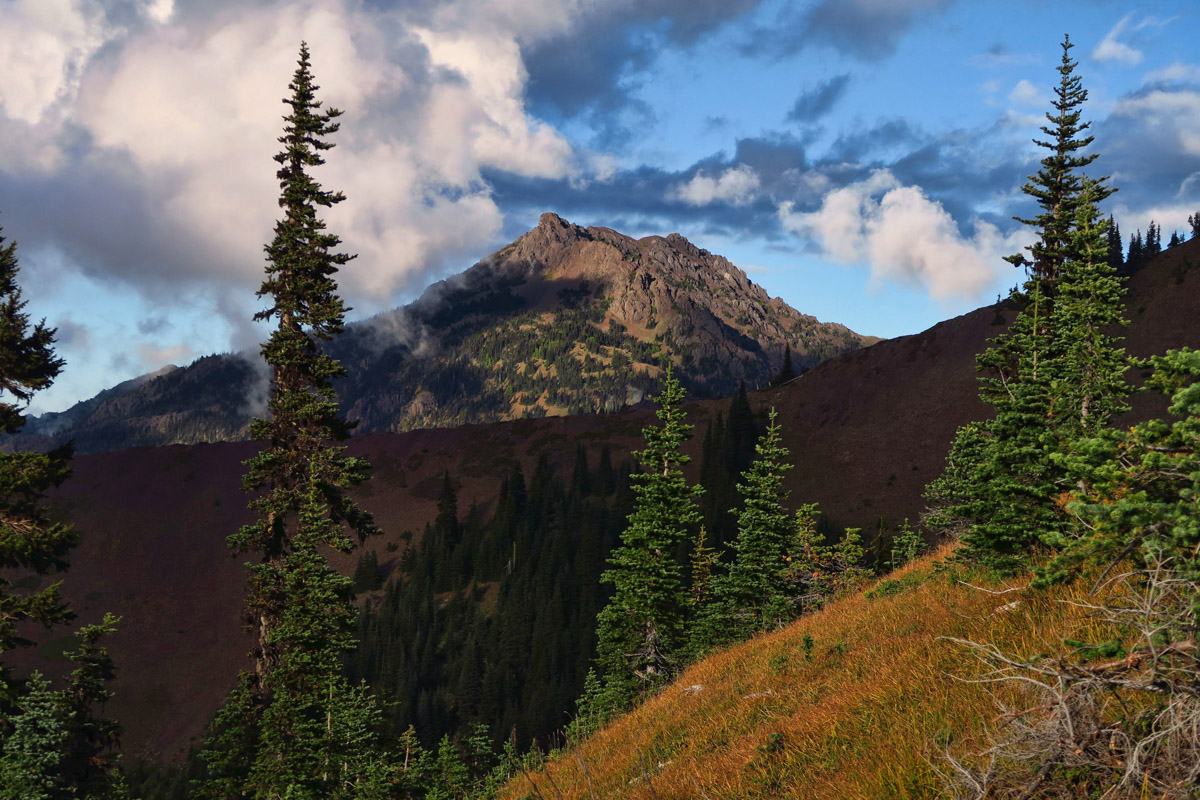 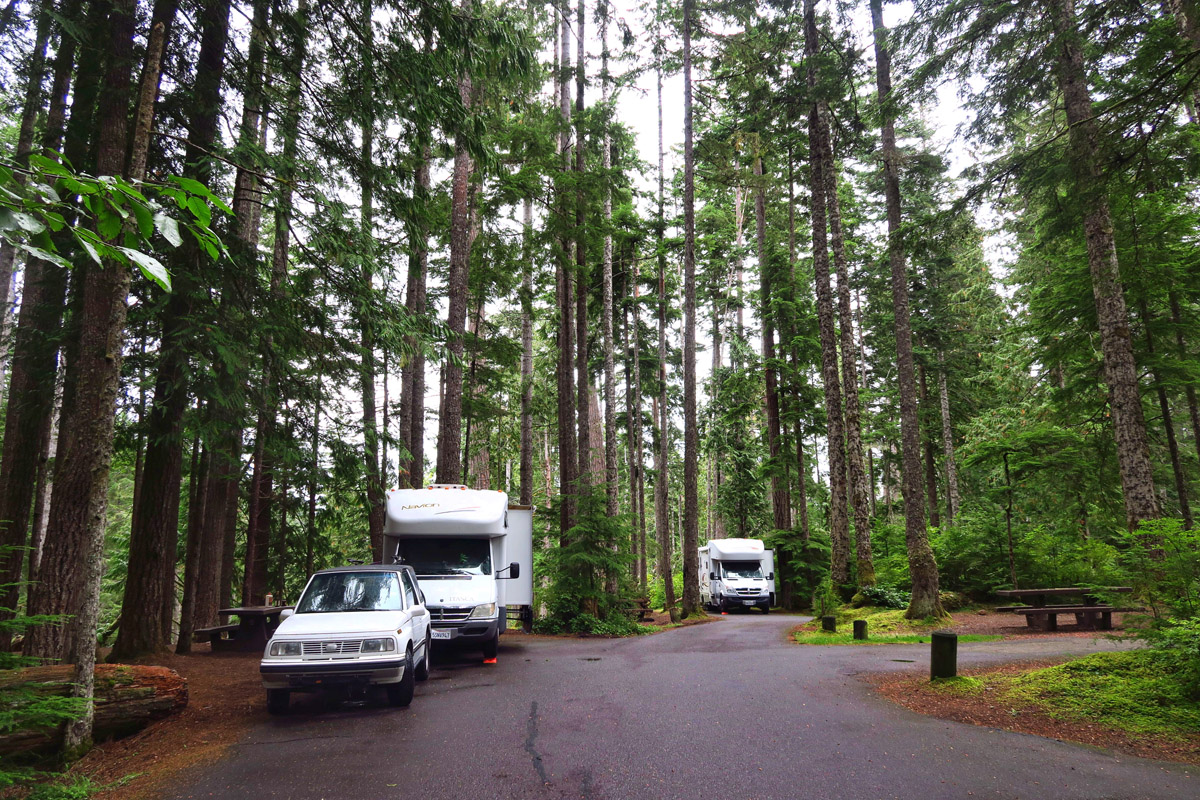 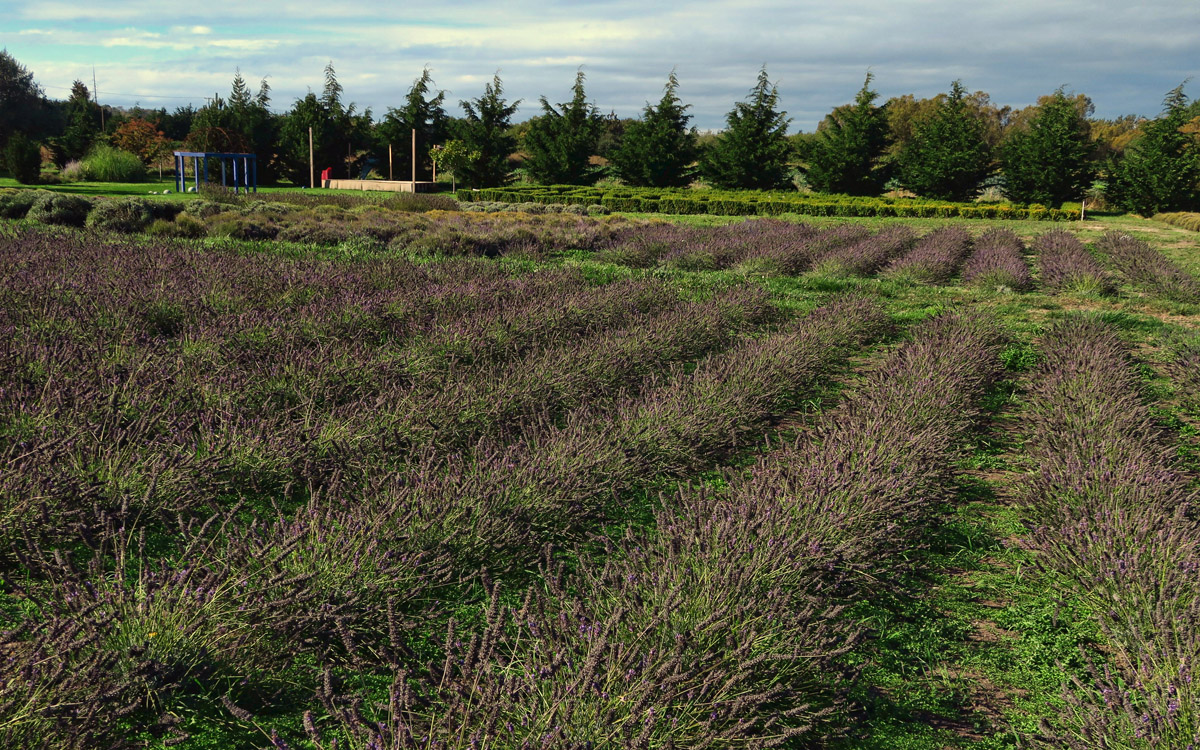 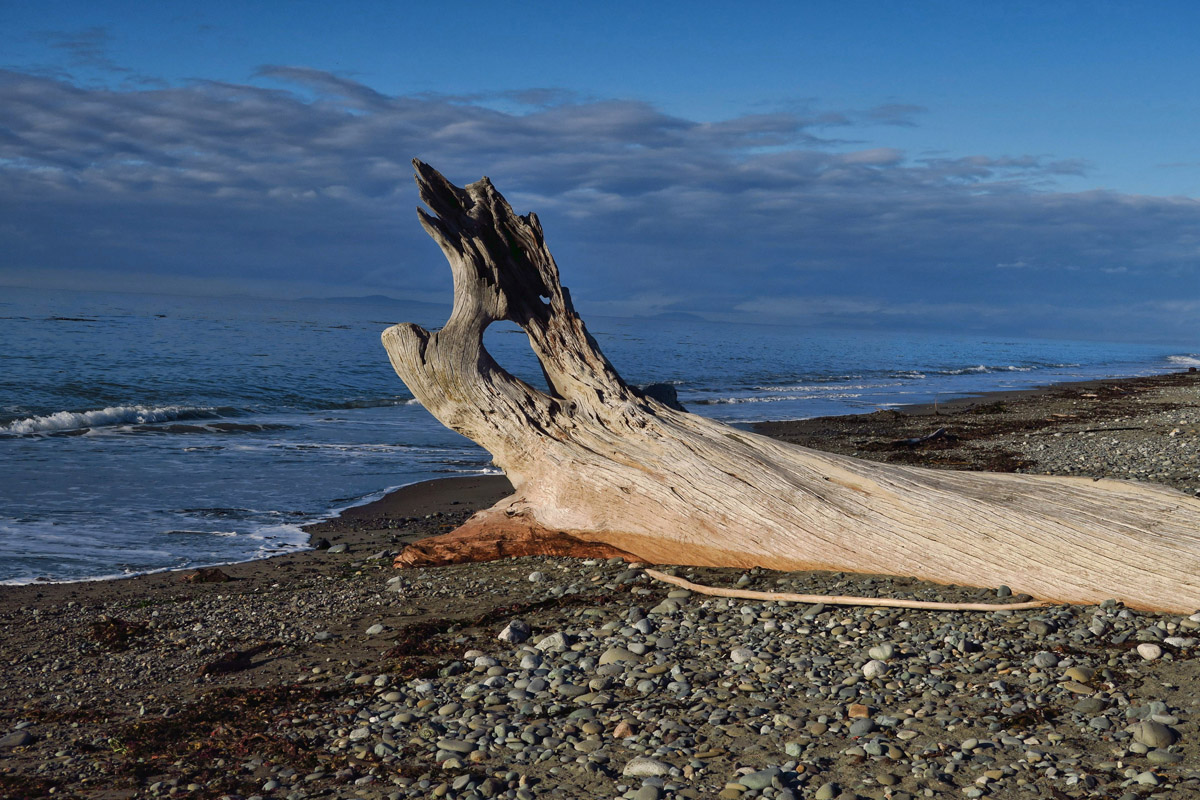 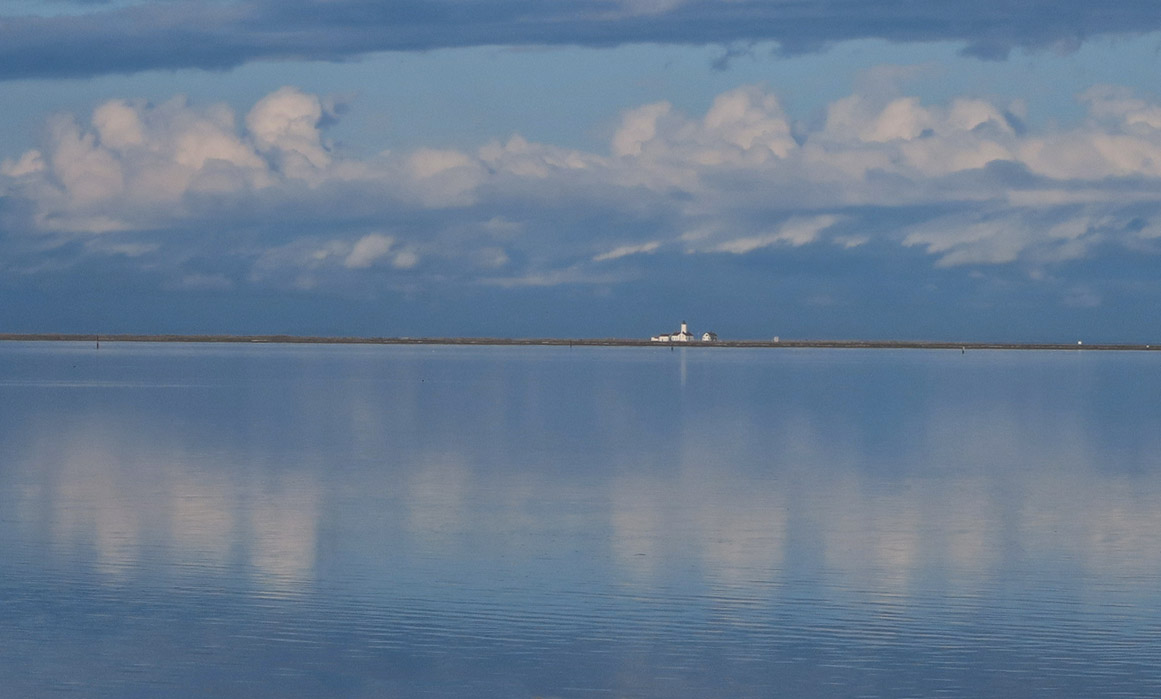 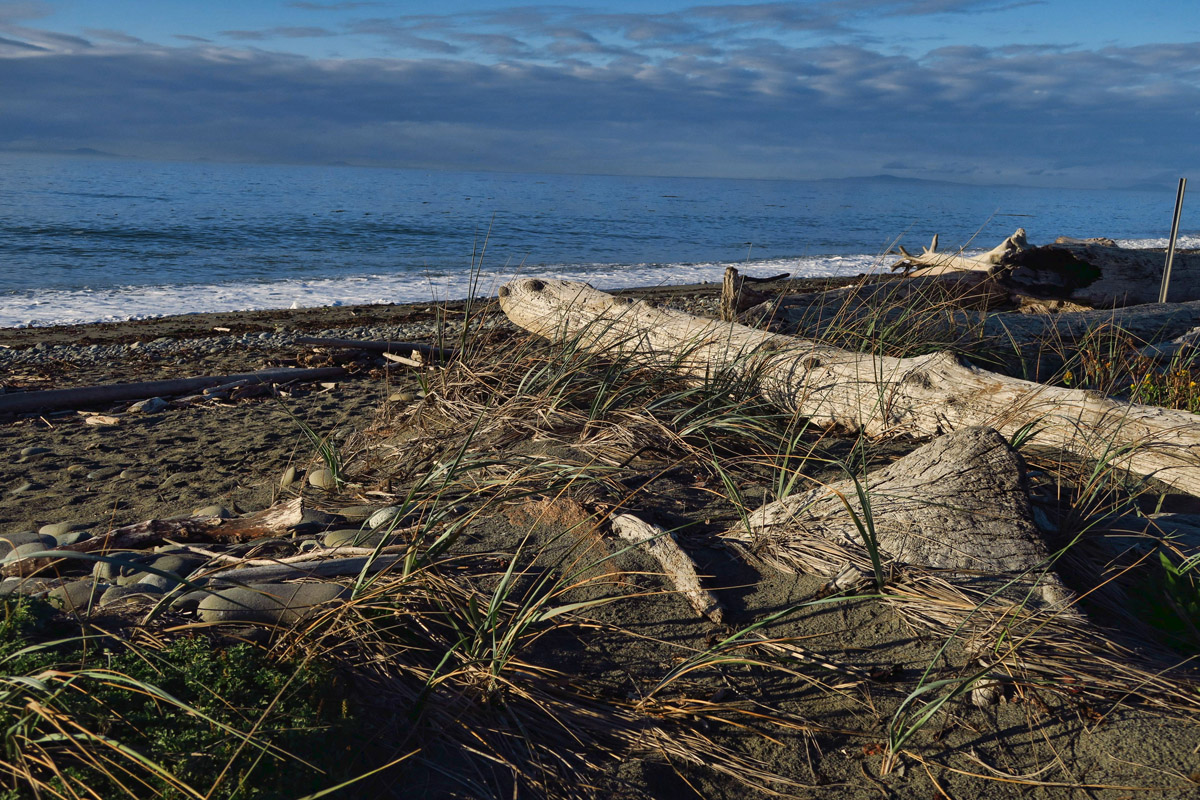 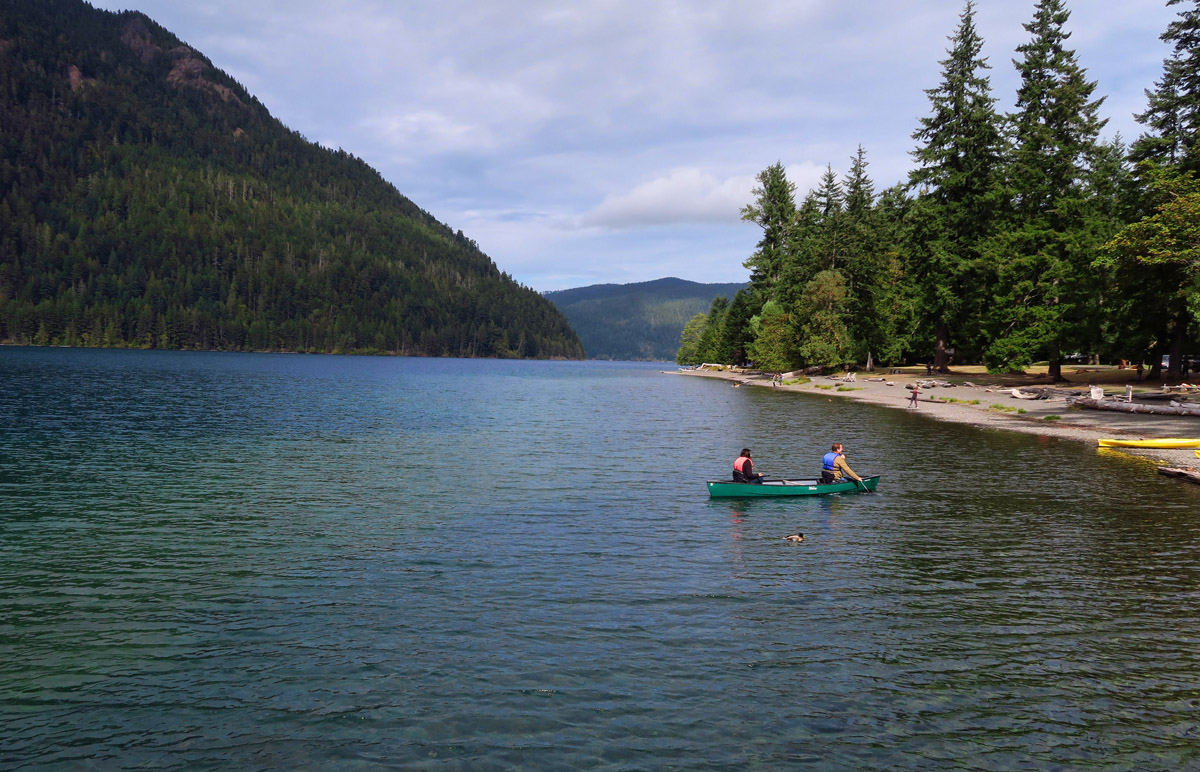 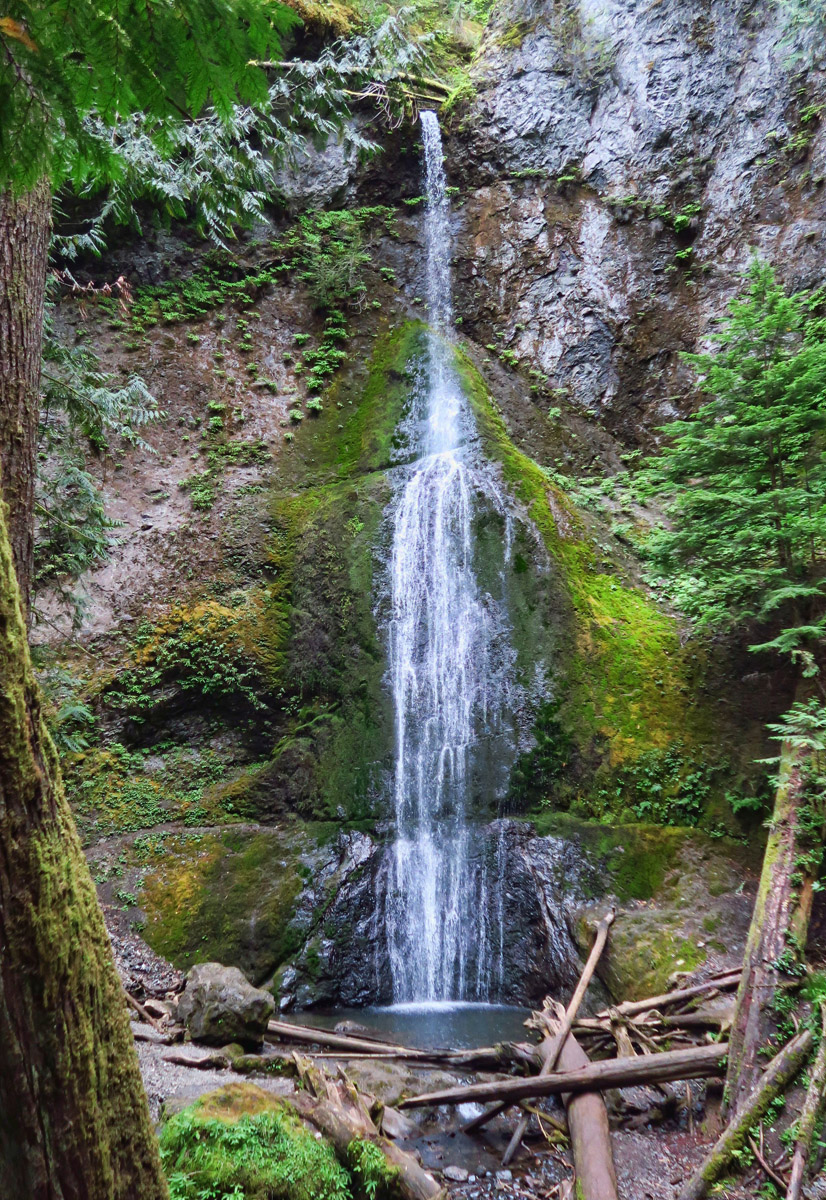 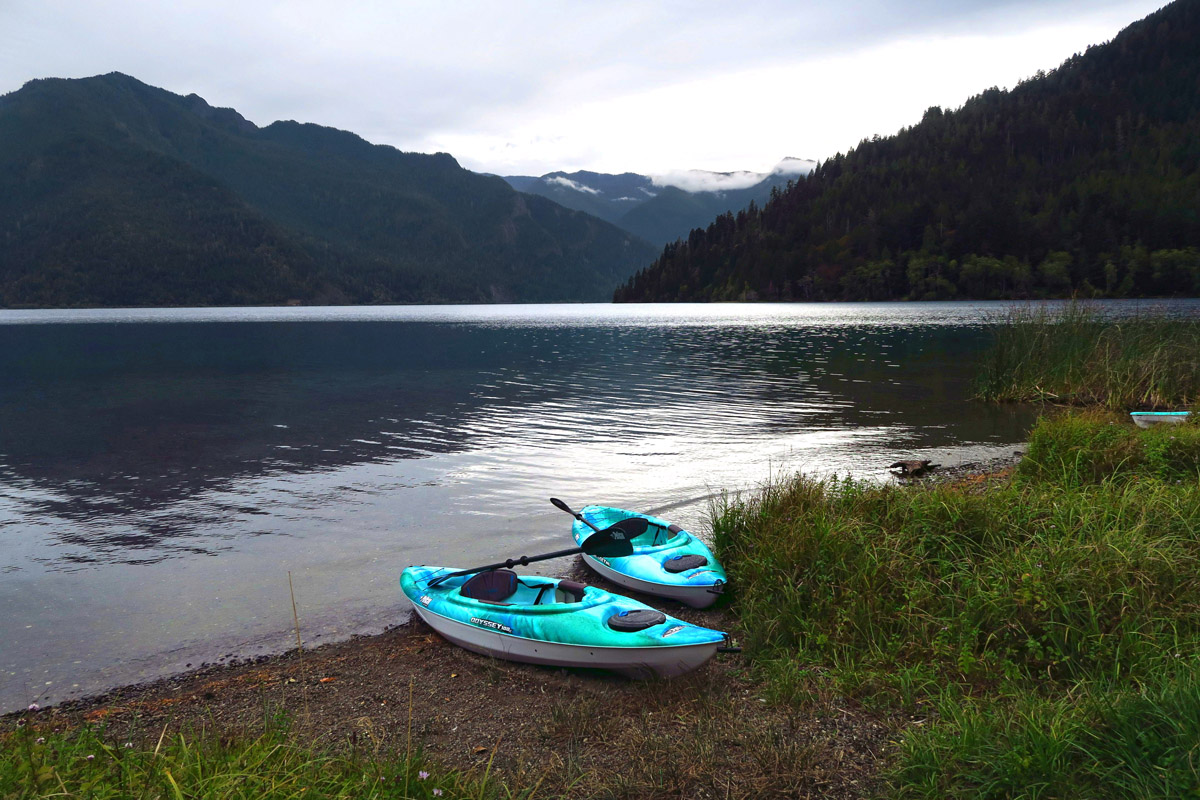 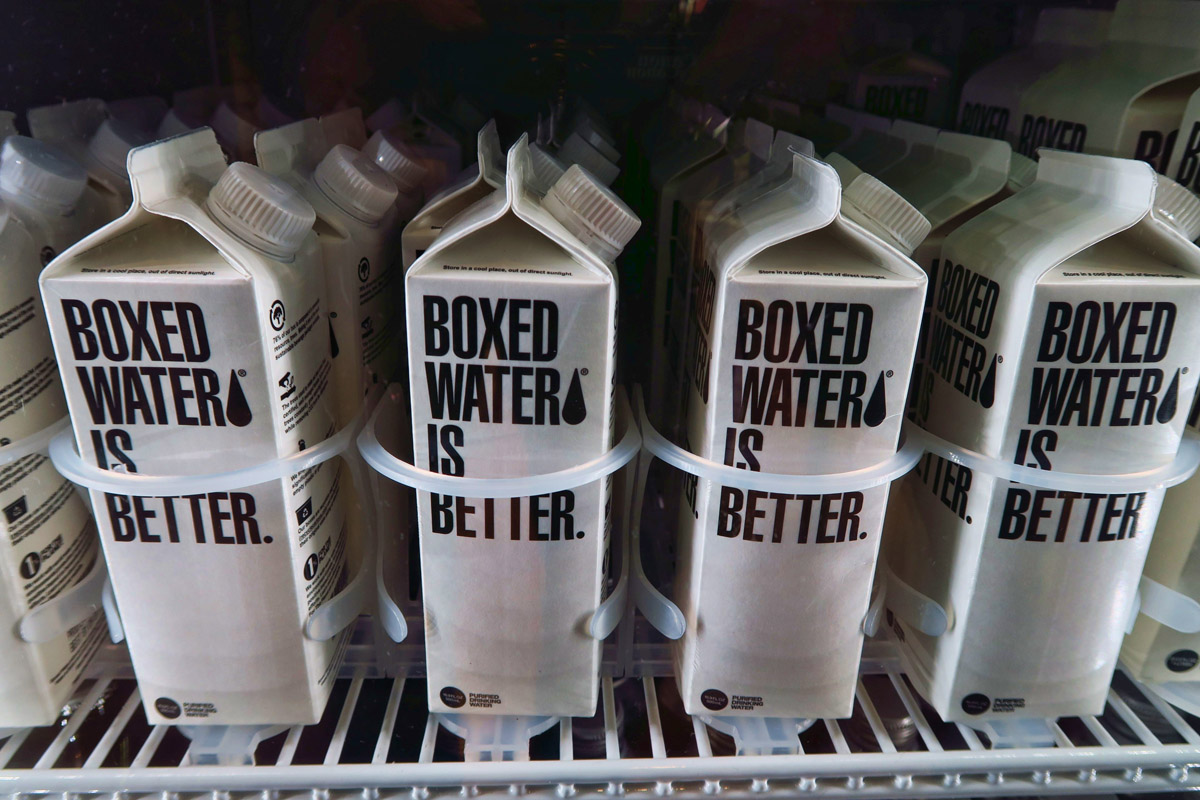 As seen in the OPNP Lake Crescent Lodge. Better than plastic, I suppose, but still not as good as refillable personal bottles. 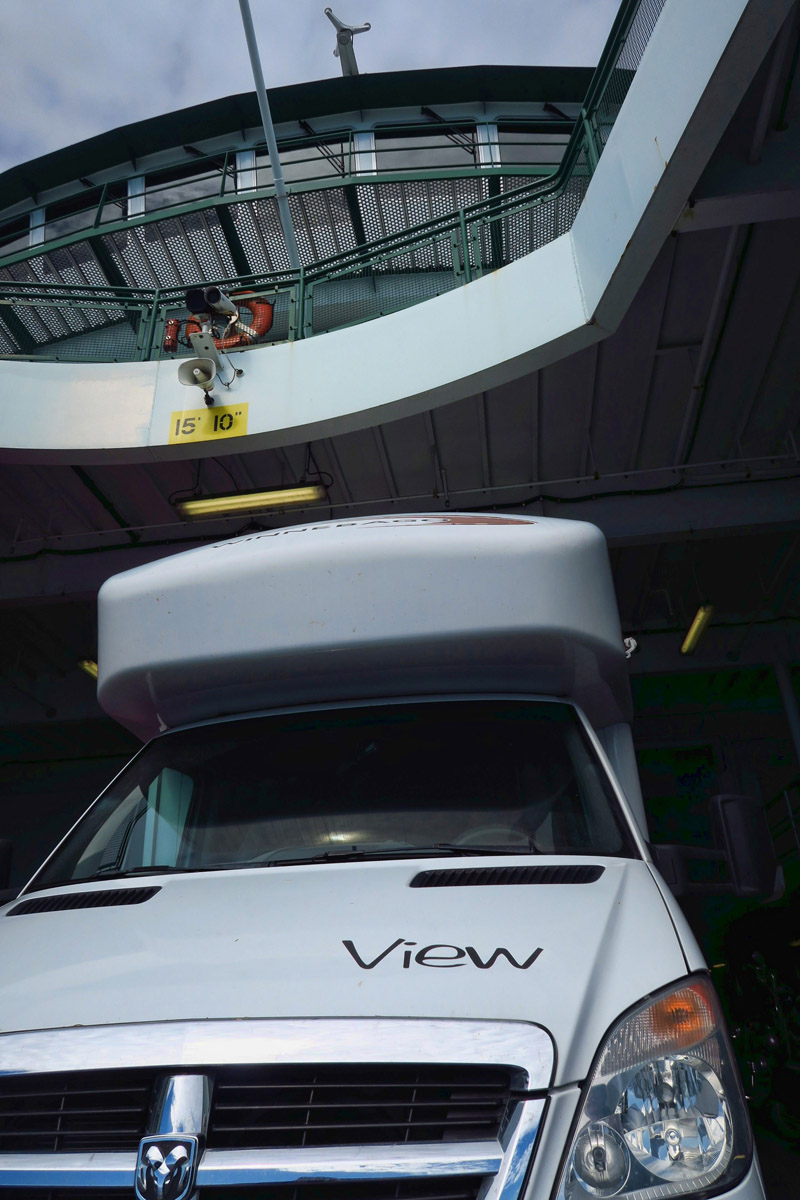 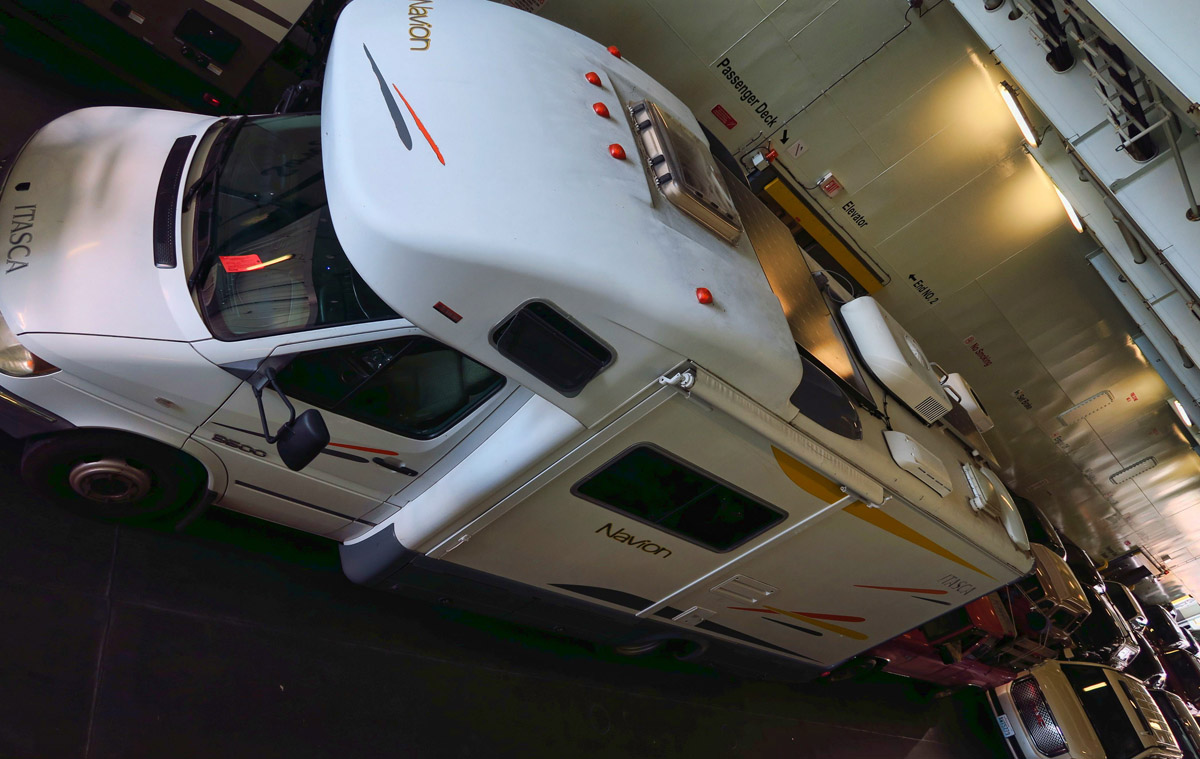 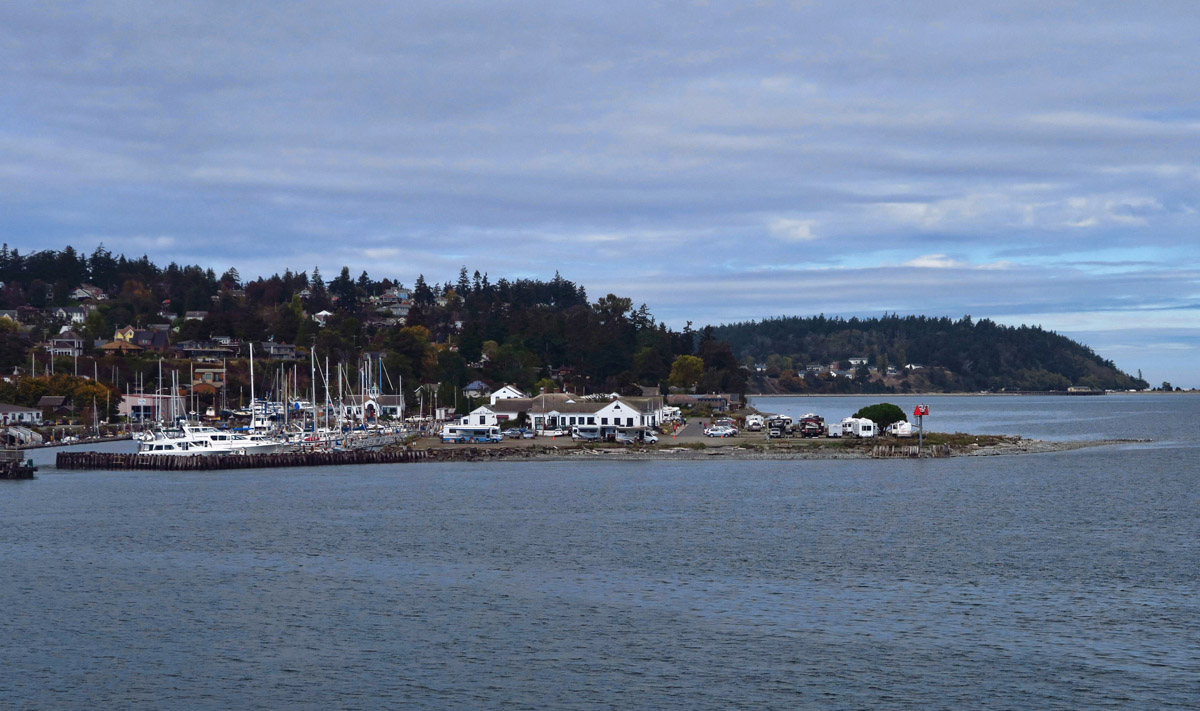 Looking out from the ferry toward the Point Hudson Marina, my home away from home for the past two weeks. 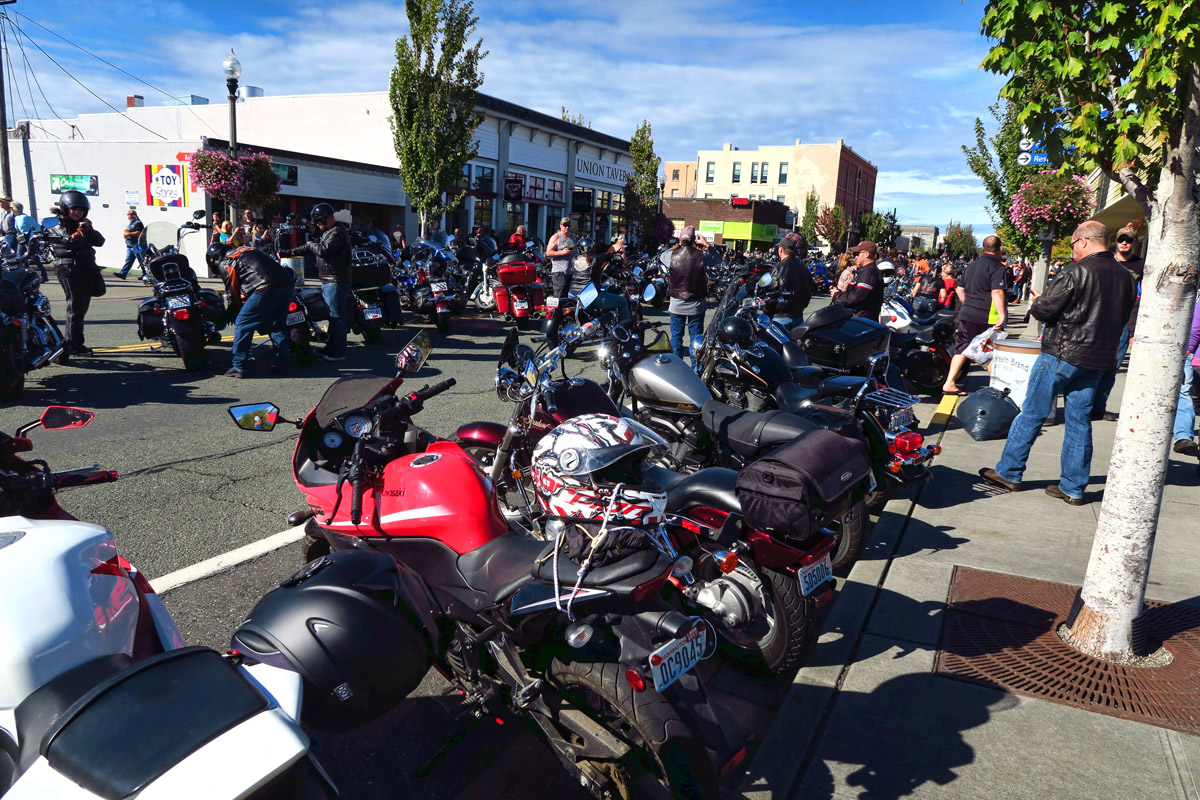 Arriving in Anacortes to find much to our surprise, it’s “Oyster Run” weekend, with between an estimated 10,000+ motorcycles in town! 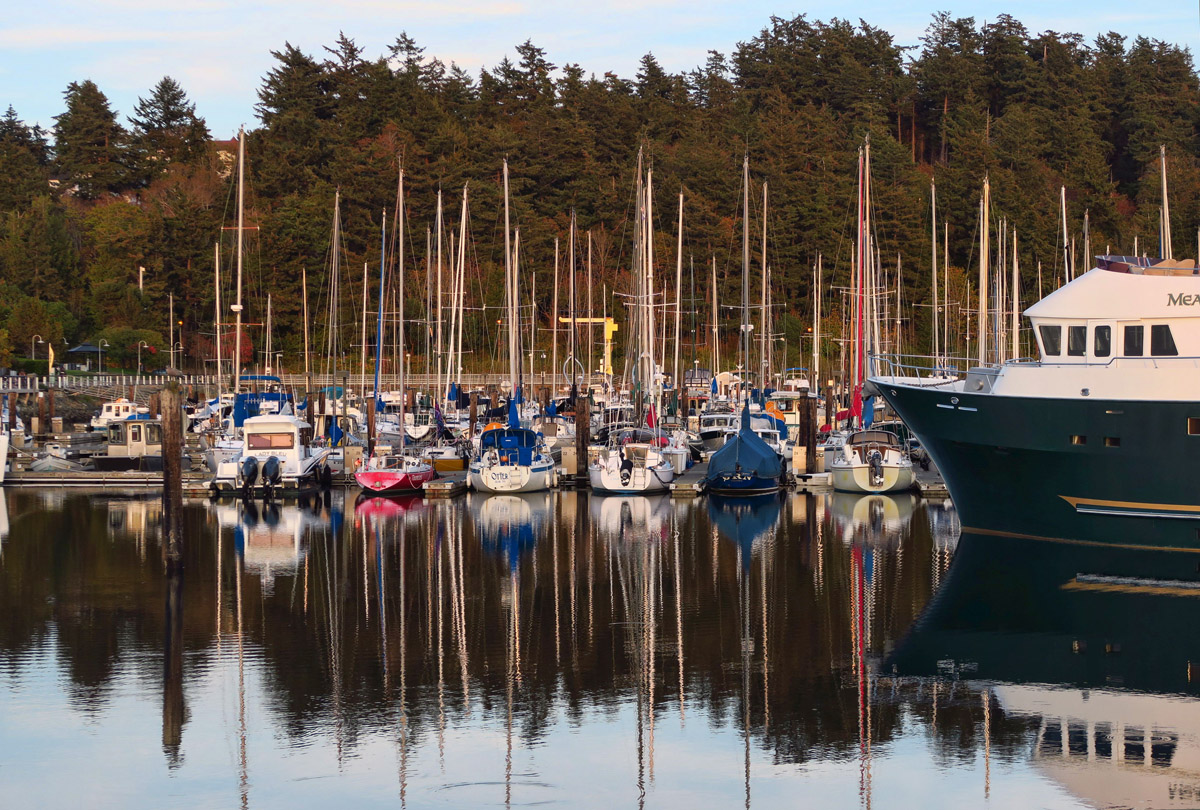 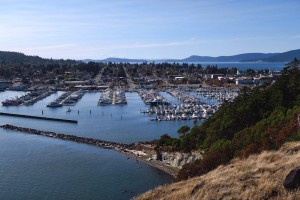 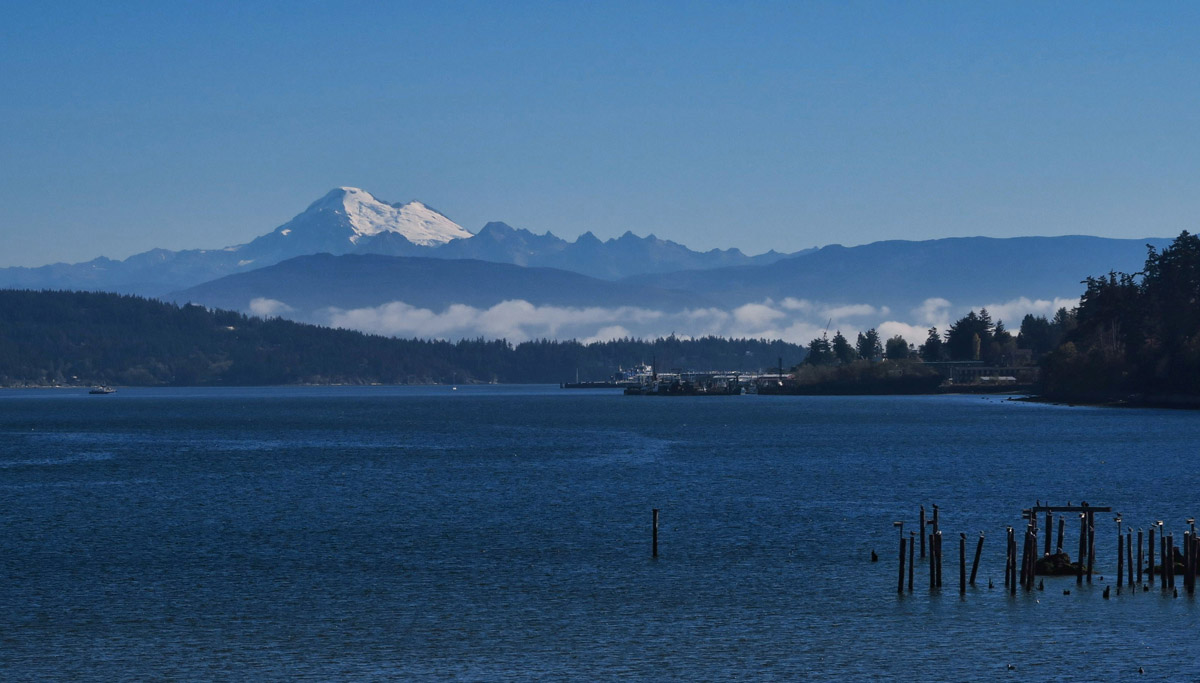 View of Mt Baker while waiting on ferry from Anacortes to Orcas Island in the San Juan Islands. 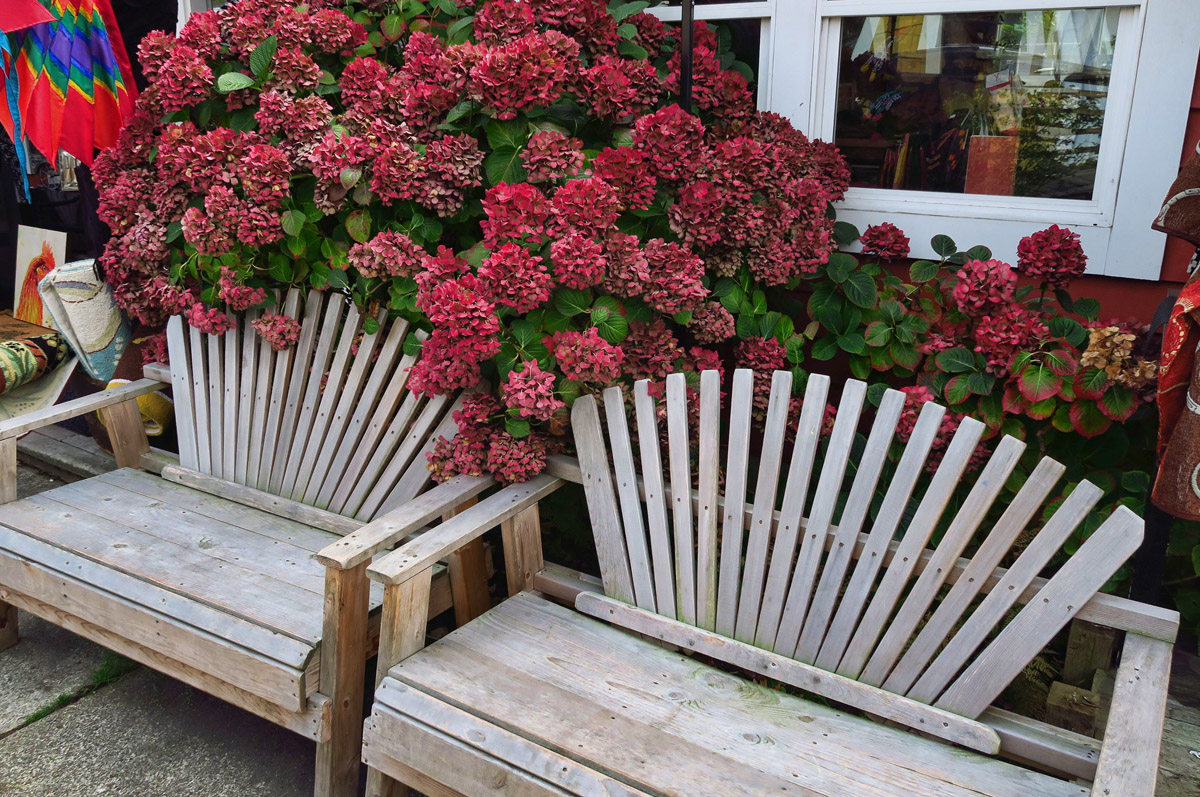 Orcas Island is shaped like a horseshoe. In the middle is cute, quaint little town of Eastsound. 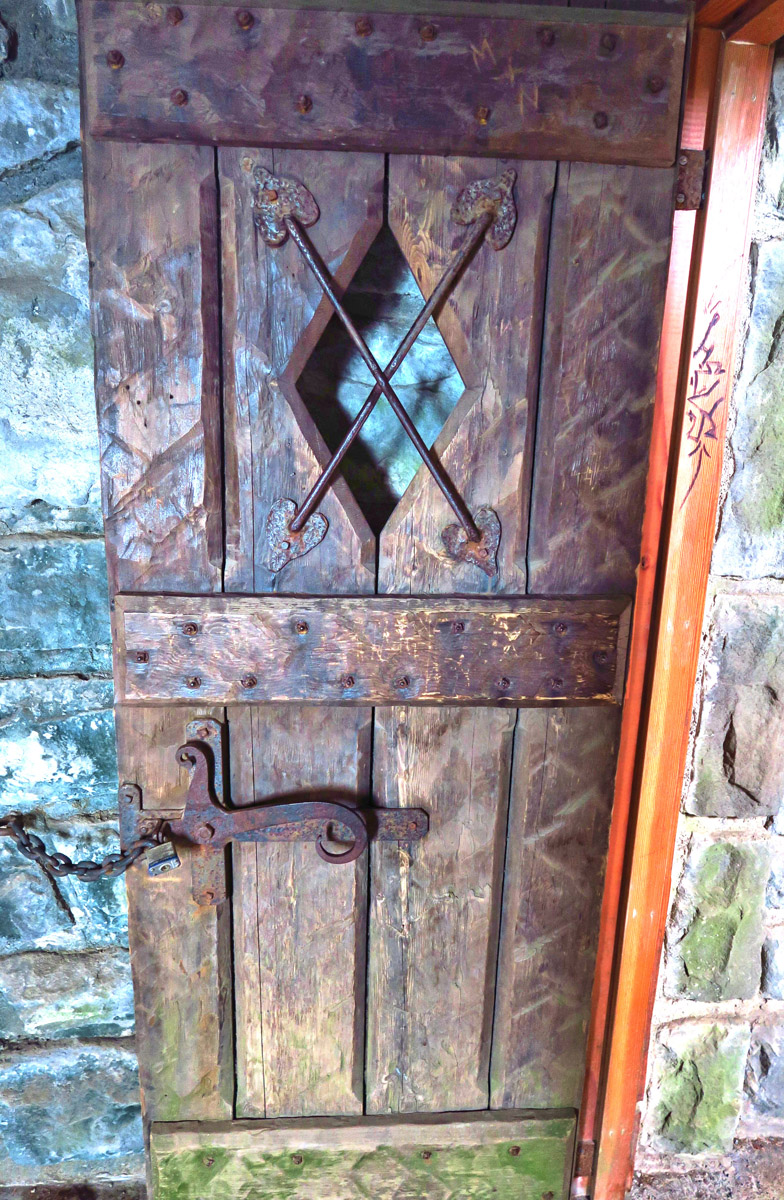 Atop Mt. Constitution on Orcas Island is a stone observation tower, built by the CCC in 1936. I love these old medieval doors..(too bad some A-hole felt the need to autograph the door facing) 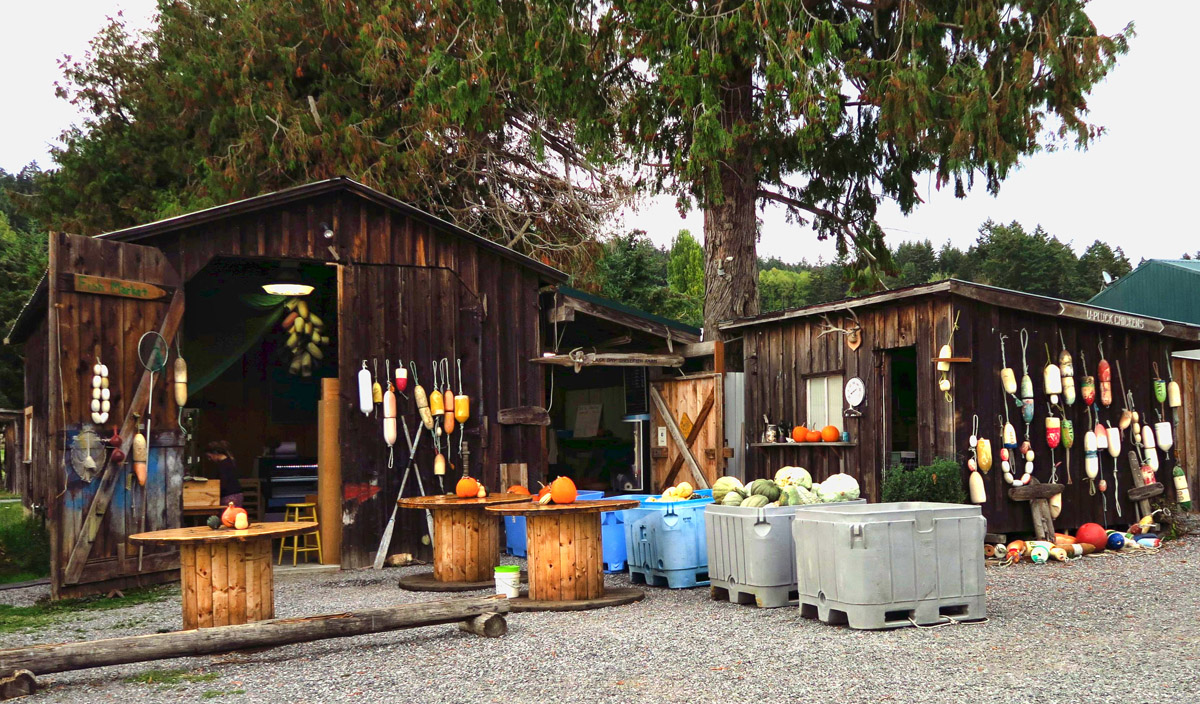 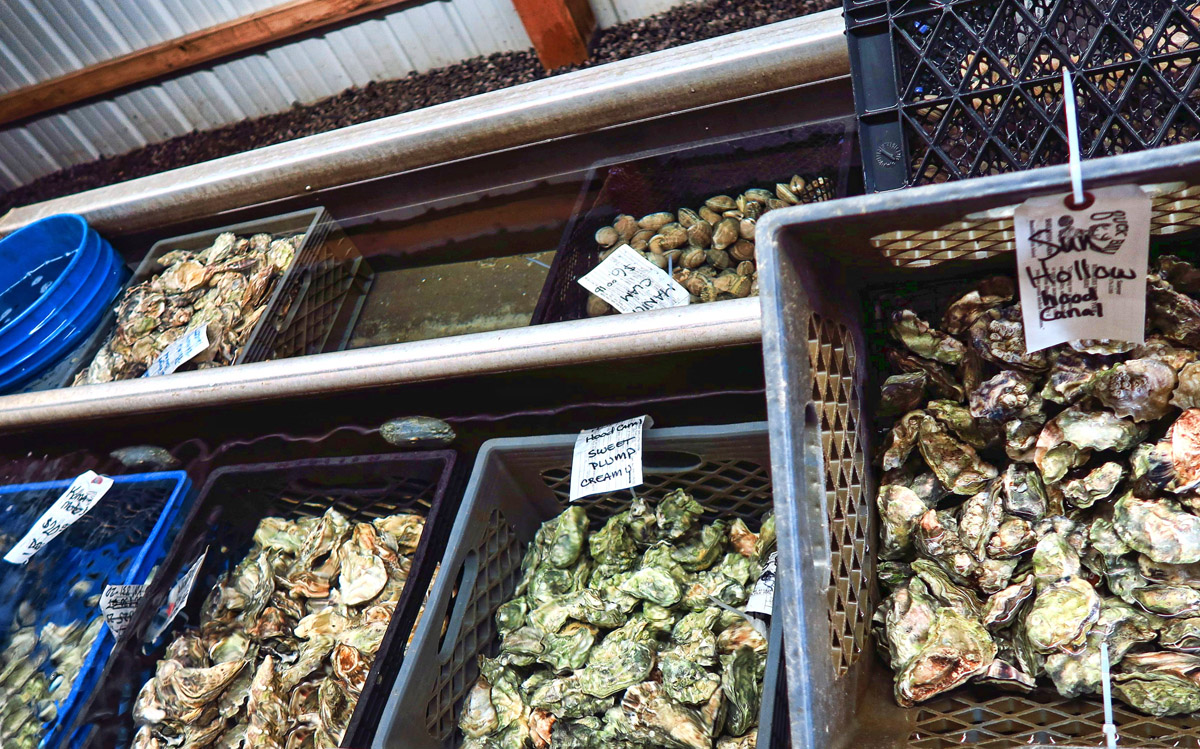 It doesn’t get any fresher than “U-shuck!” 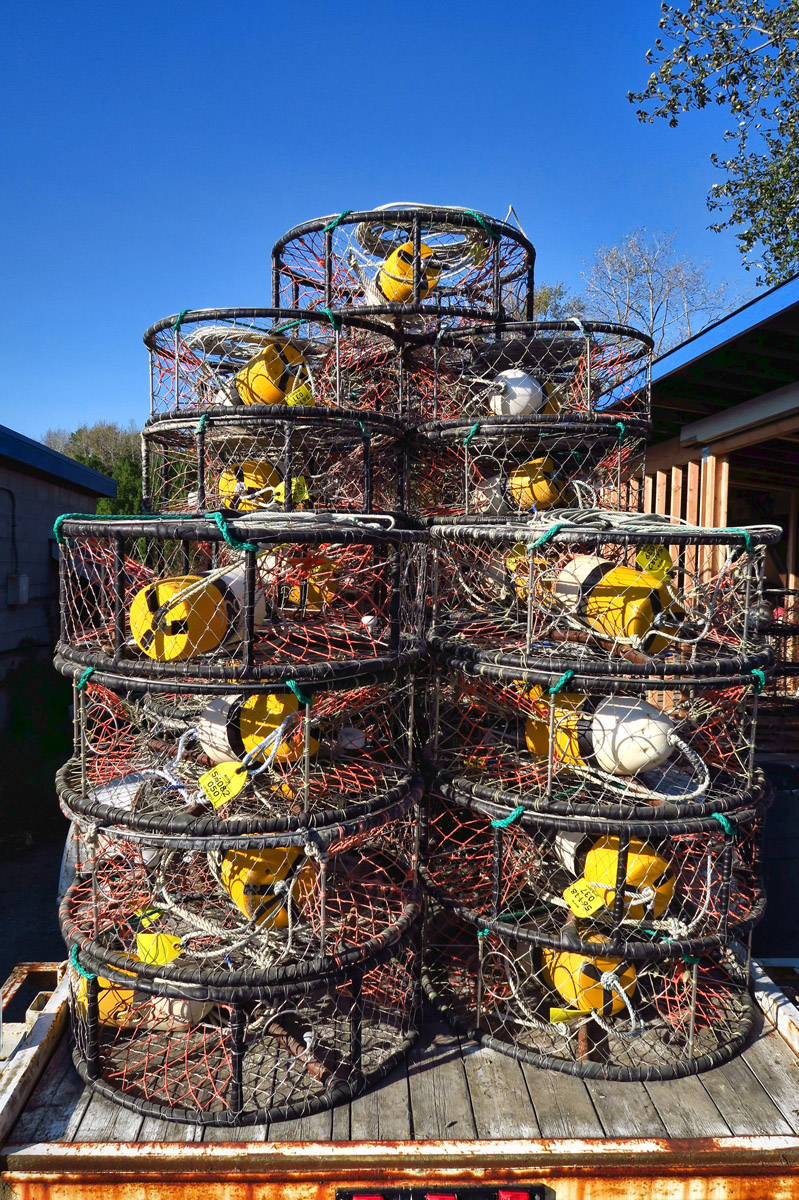 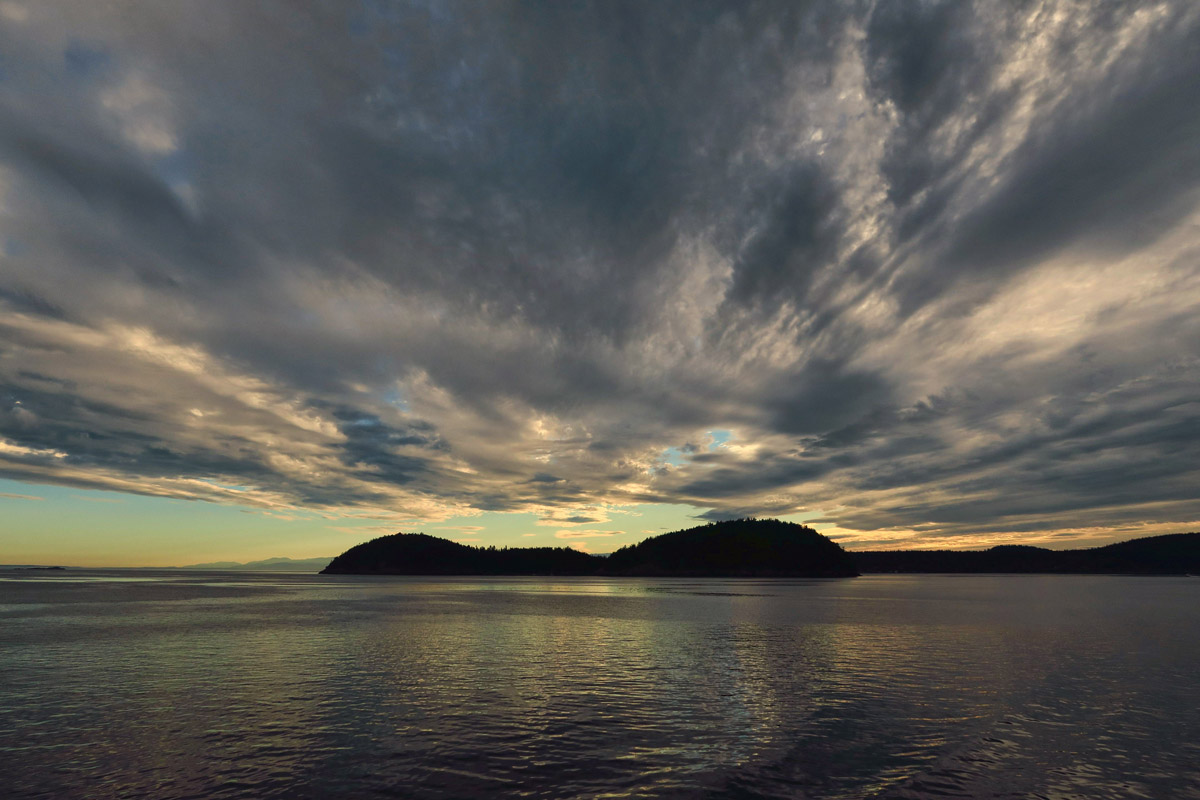 Ferry ride back to Anacortes 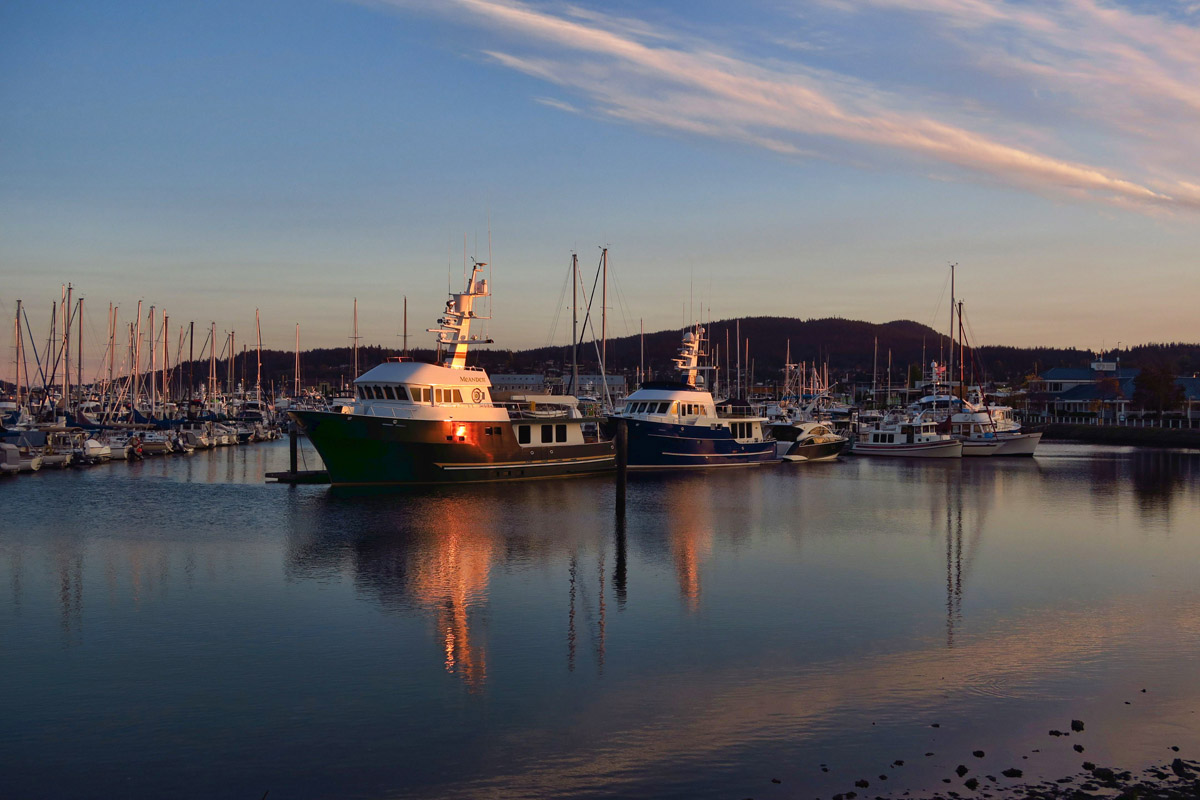 13 thoughts on “Speed Tour Around the OP”