I am one of the last to leave the small Jemez Springs forest service campground upon news of the entire Santa Fe Forest closure.  As I pull out and give a last wave to the camp host, (who is allowed to stay through the closure,) he says “With all these people leaving the forest, you’d better get to where yer gettin’, girl!”    It’s a Friday morning, and the forest fires are not the only thing heating up.  The temps are now starting to creep on up into the lower 90’s, making camping without hookups uncomfortable.  So I am facing the triple threat of a weekend, rising temperatures, and a forest of displaced campers now looking for a place to light. 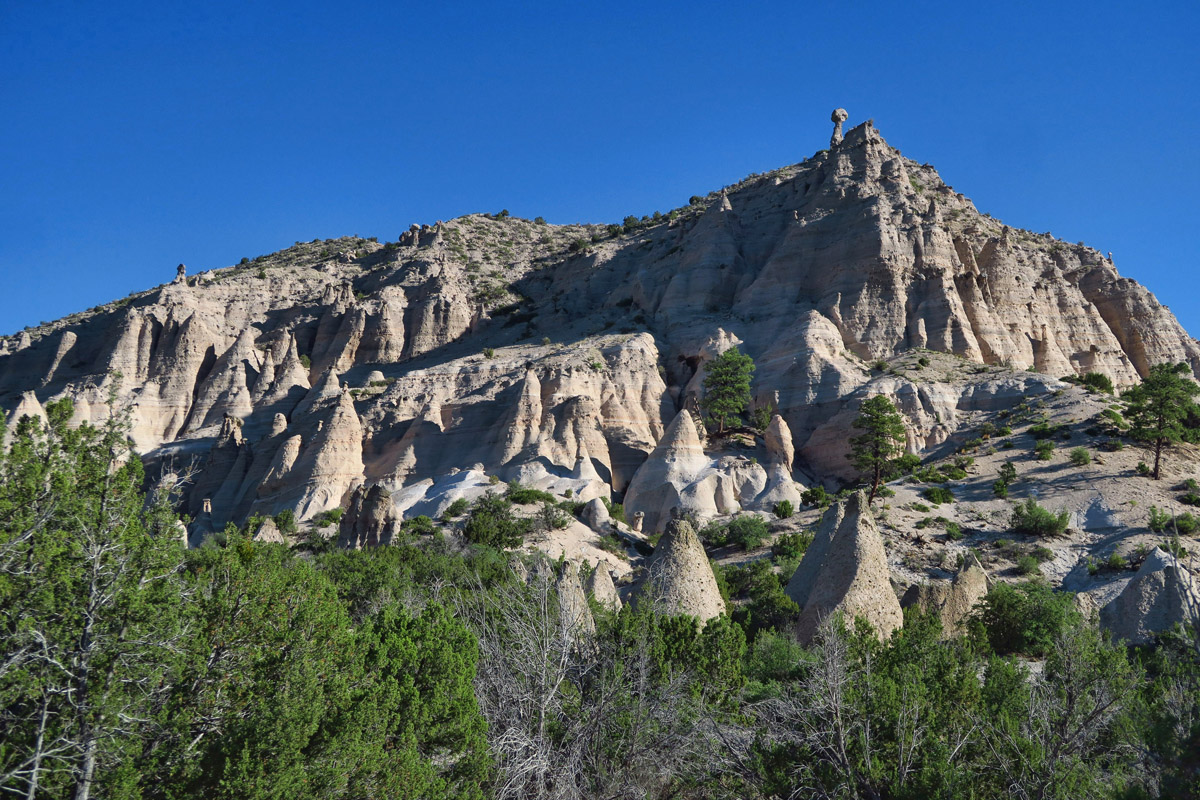 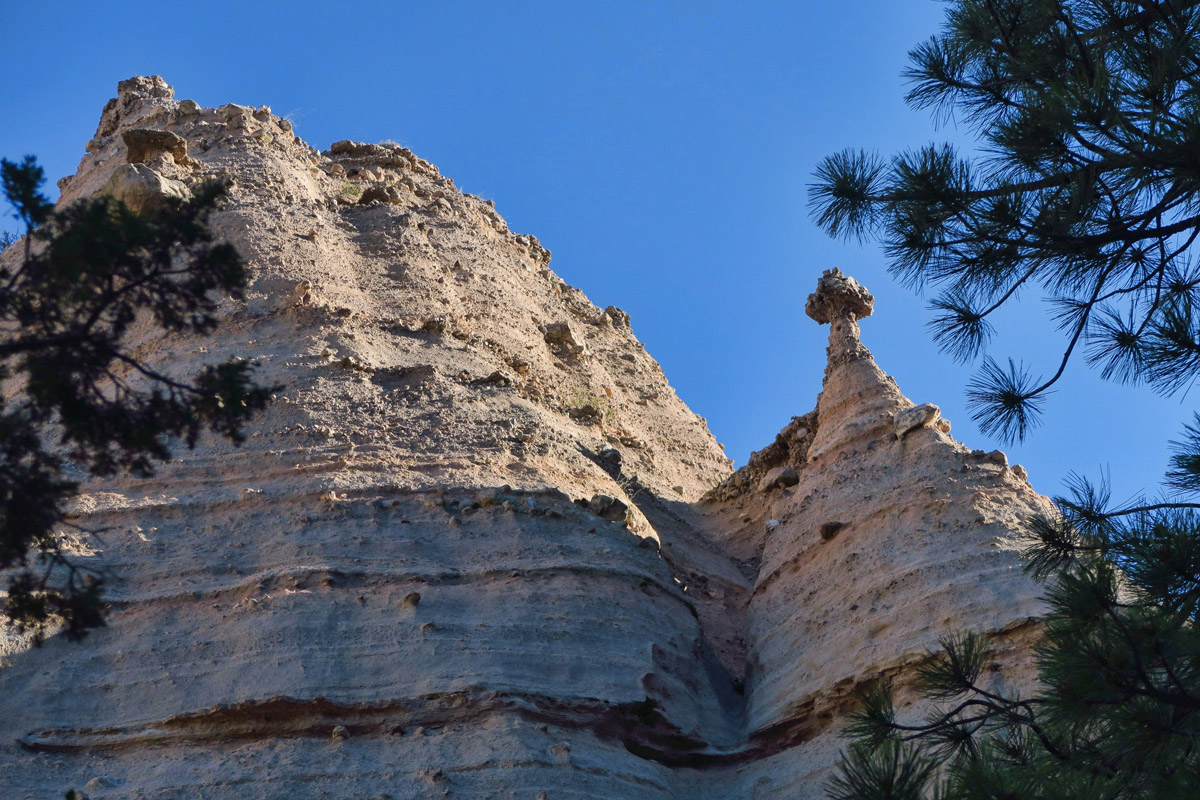 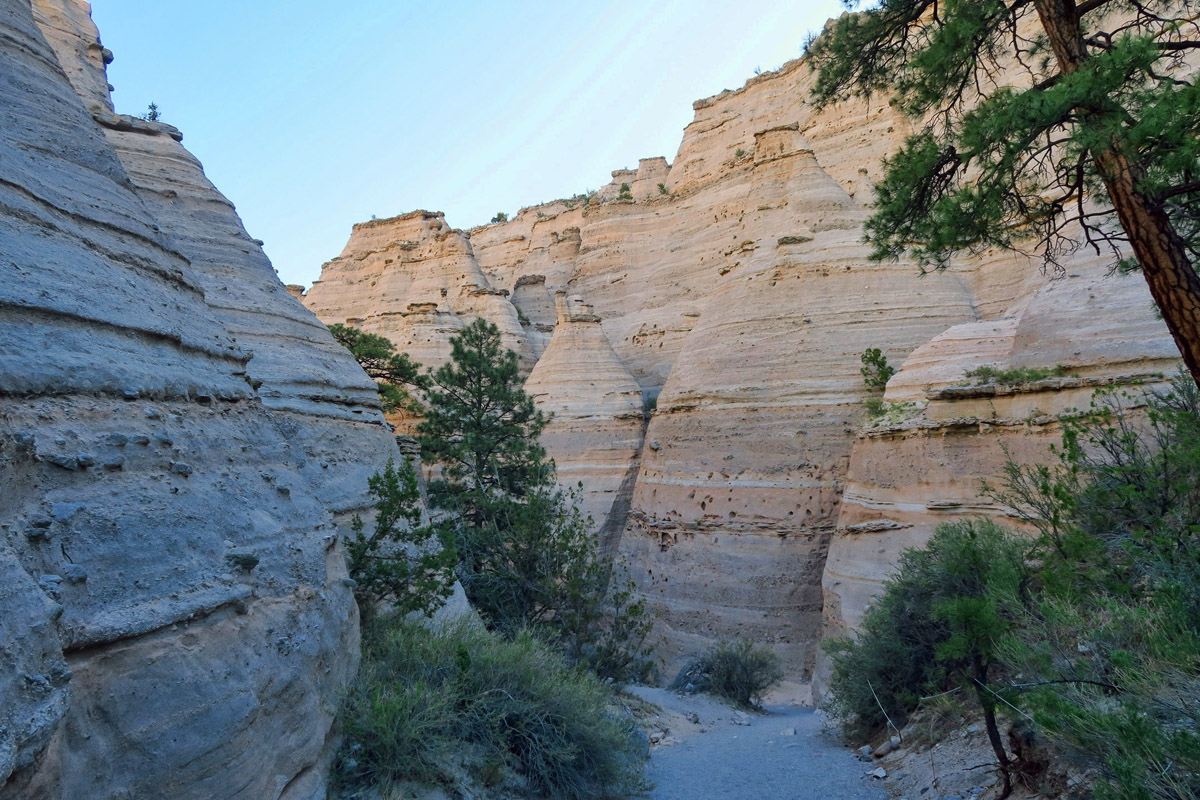 But I can’t go too far. I’ve got a flight out of Santa Fe at 6:30 AM (yes, AM!) on Tuesday, leaving the Winnie behind in storage in Santa Fe. So I need to stay relatively close to town. I scour all my resources both online and off, and zero in on Cochiti Recreation Area just 40 miles outside of Santa Fe.  It’s an Army COE campground overlooking Cochiti Lake, and they offer electric hookups for half price with my Geezer Pass!

Cochiti Lake is beautiful enough with it’s cool blue water complemented by steel gray hillsides.  It’s a color palate that would receive any realtor’s stamp of approval for potential to appeal to the mainstream.  But not a tree in sight.  After lounging beneath cottonwoods and hiking through ponderosa pines for the past nine days, it feels downright barren and exposed.  So much so that I didn’t take a single photo of the lake or the campground. 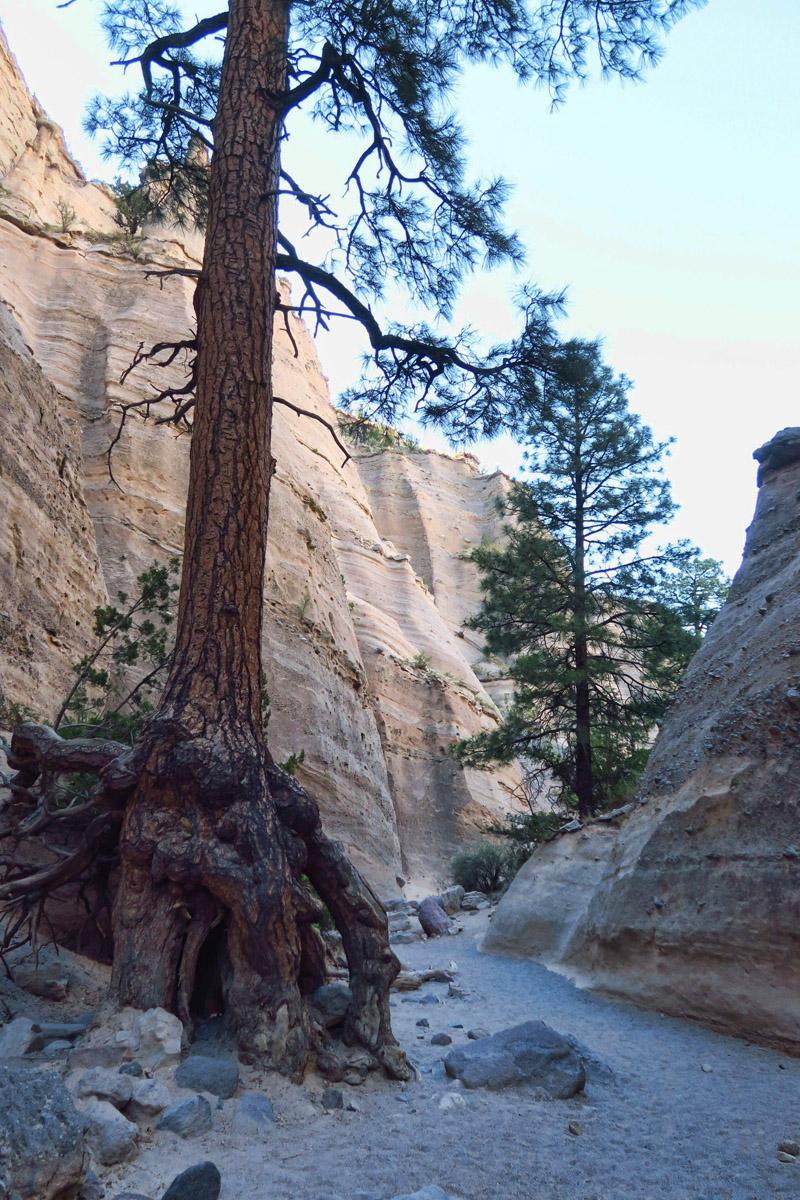 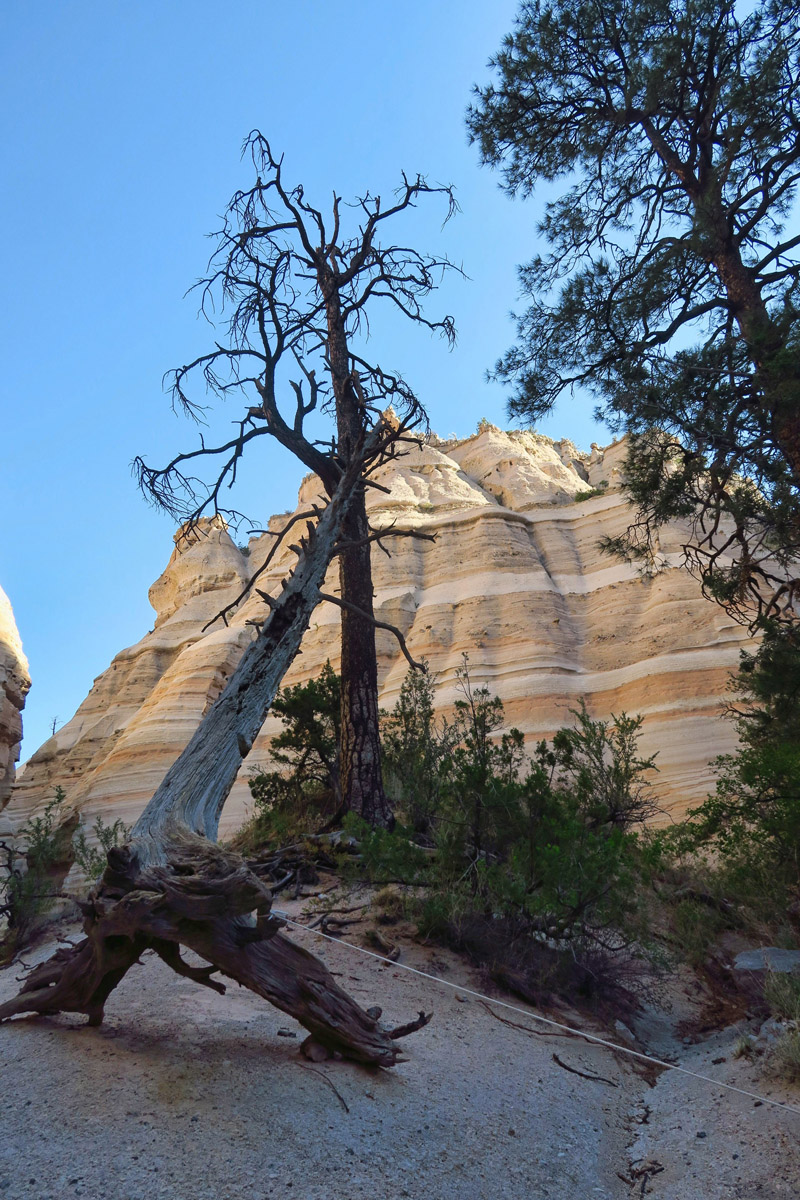 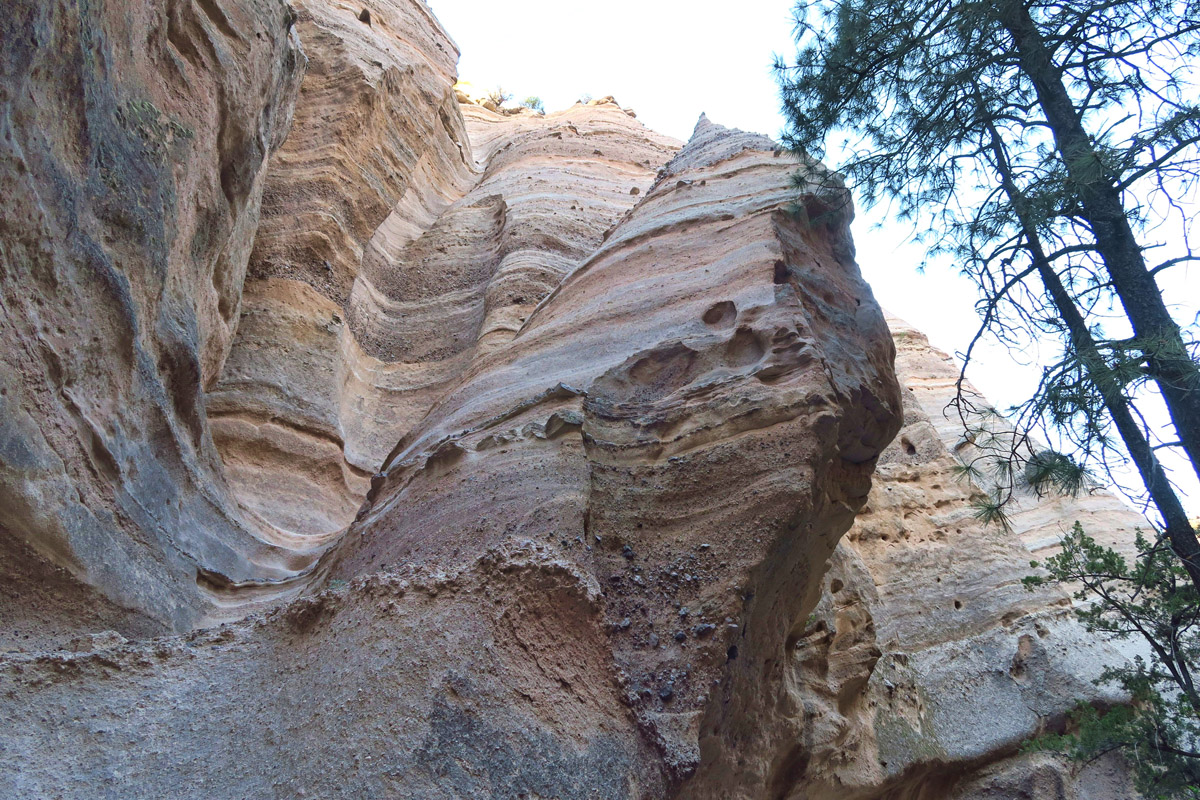 BUT!  It’s got a few things going for it besides cheap electricity.  A brand new laundromat just outside the entrance.  A fairly decent swim beach.  And just 5 miles down the road is the Kasha-Katuwe Tent Rocks National Monument.  Crazy, tent-shaped (more like tipi-shaped) cones right out in the middle of nowhere!

Kasha-Katuwe Tent Rocks, a BLM-managed site, was designated as a National Monument by Former President Bill Clinton back in 2001.  Ah, yes. Acts of preservation. By our President. I vaguely remember those.

The formations were formed as a result of a volcanic blast 6 to 7 billion years ago which left pumice, ash, and tuff over 1,000 ft thick.  Eons of erosion caused the unique tent shapes to form. 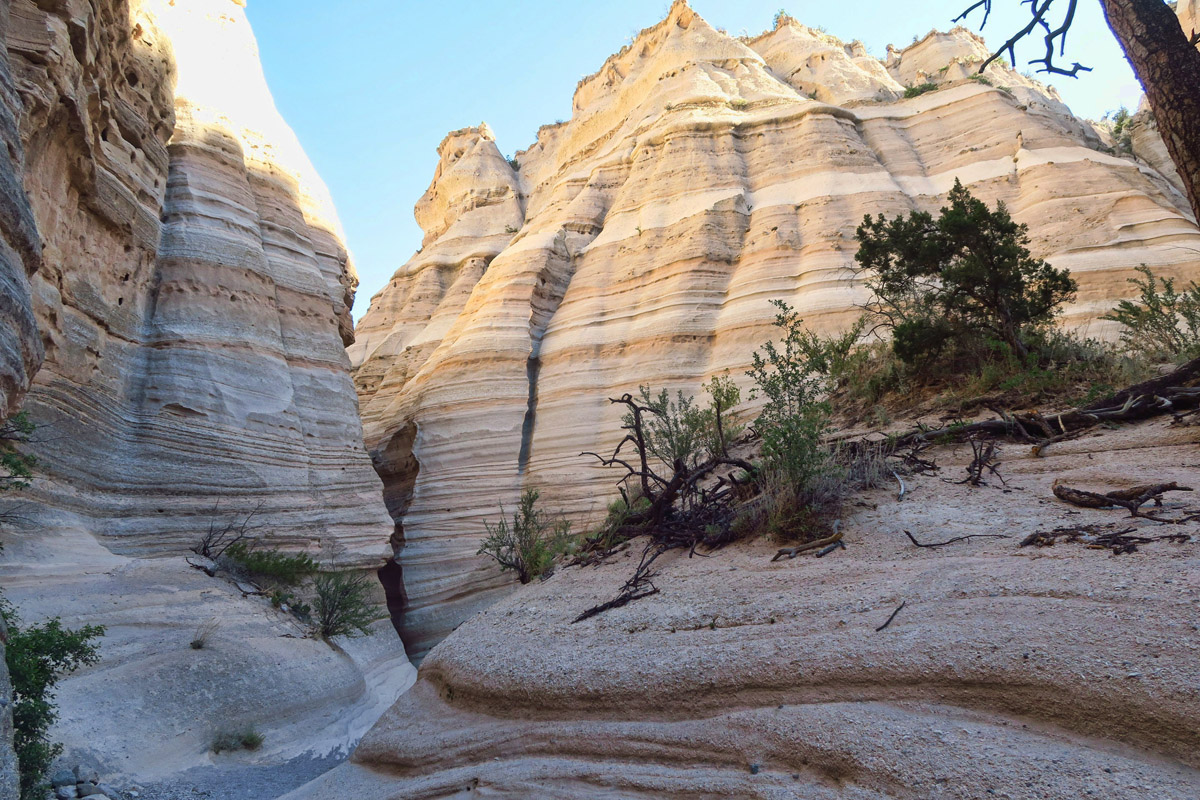 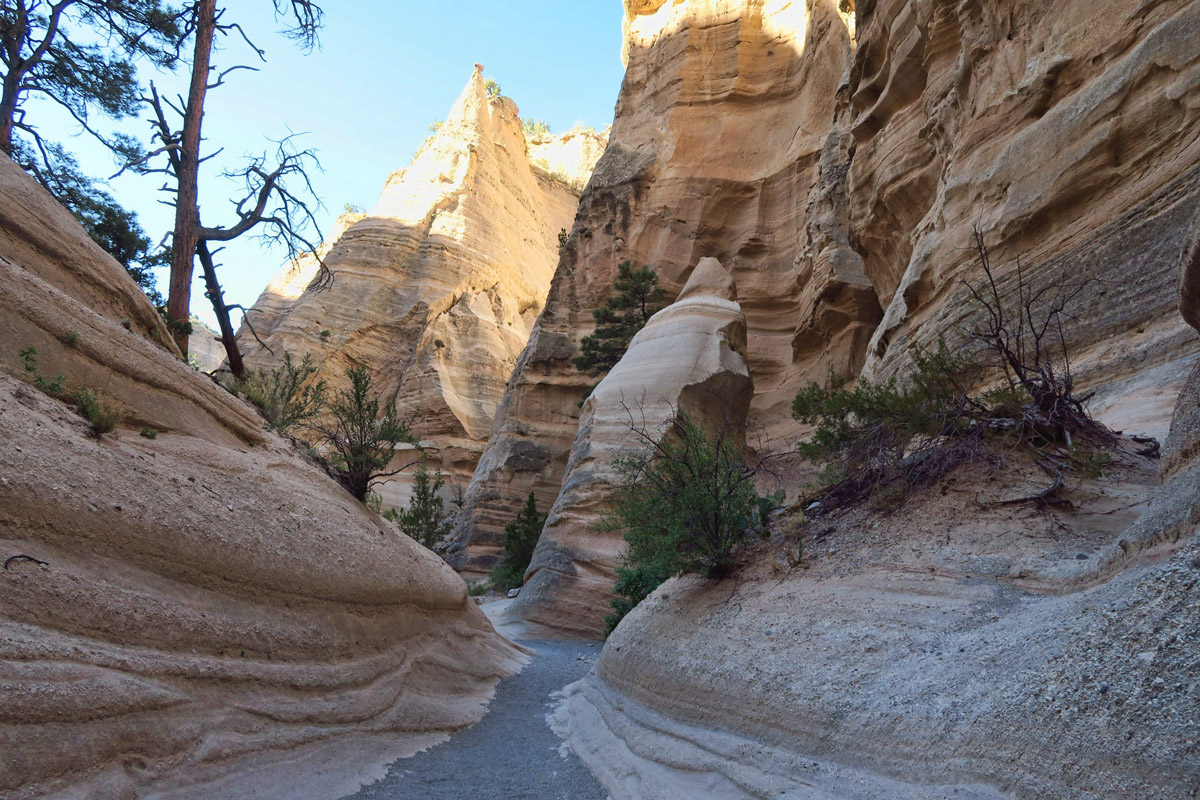 I had seen photos of these rocks on others blogs, and always wanted to explore it, so the timing was right.  I knew to expect the tent-shaped rocks.  What I didn’t expect was the lovely slot canyon. The nice ranger-man at the guard station told me to go there first to beat the crowds.

I knew from my research that this area fills up early, and visitors can be held at the gate when the parking area fills up. So in a rare move, I am up with the sun, waiting in line at the gate before it opens at 8:00am.  There are only a half a dozen cars in front of me.  With my hiking boots already on, I know I can smoke ‘em!   I want to be one of the first in that slot canyon! 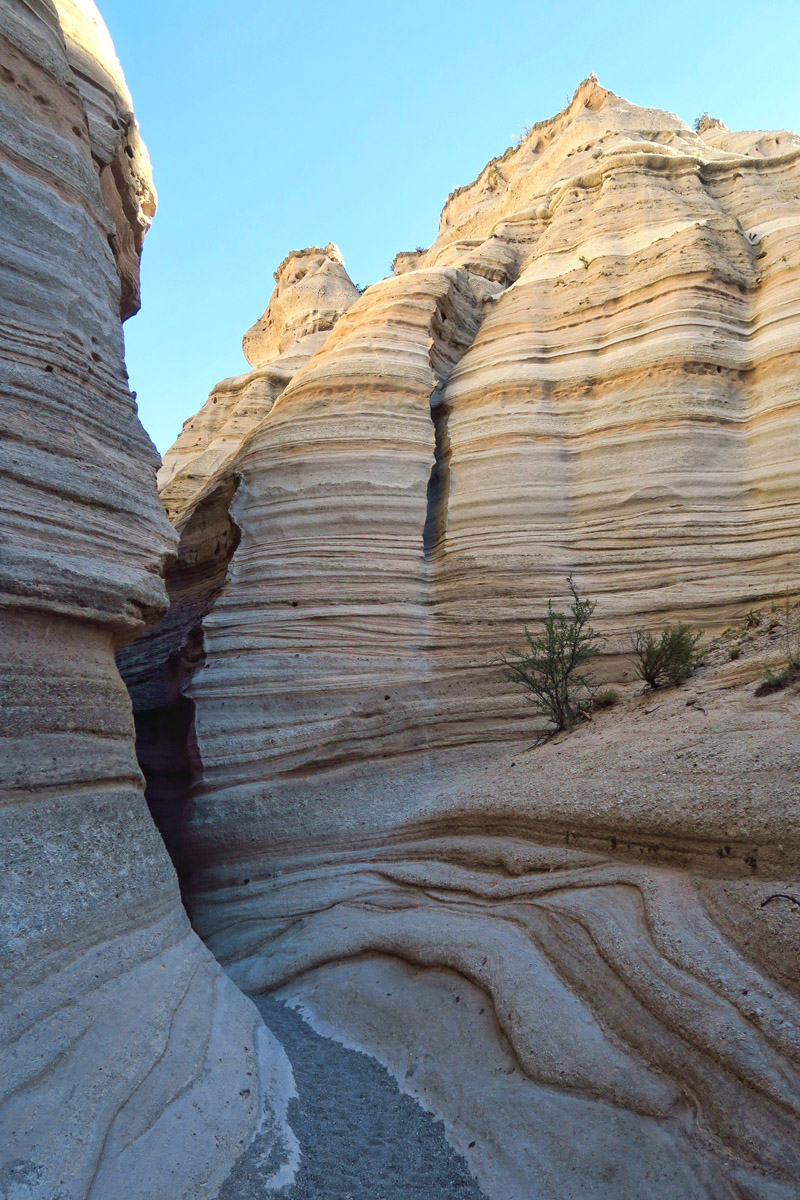 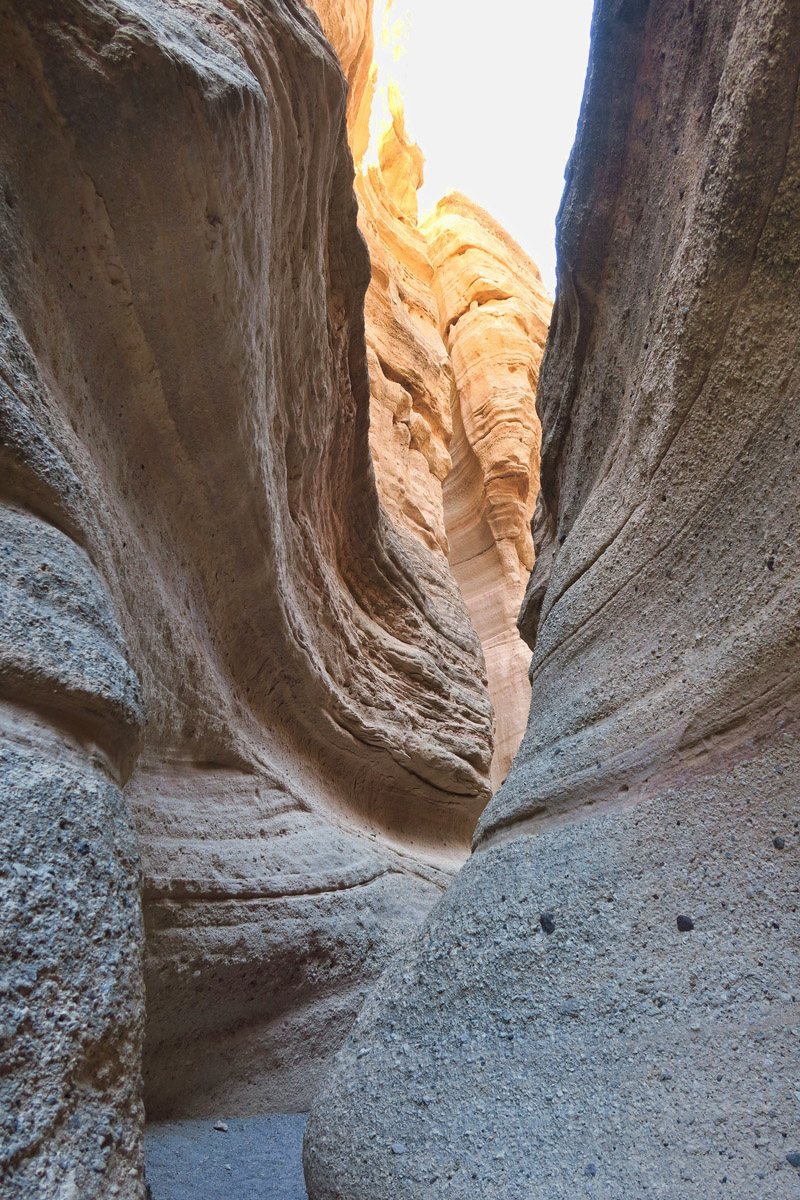 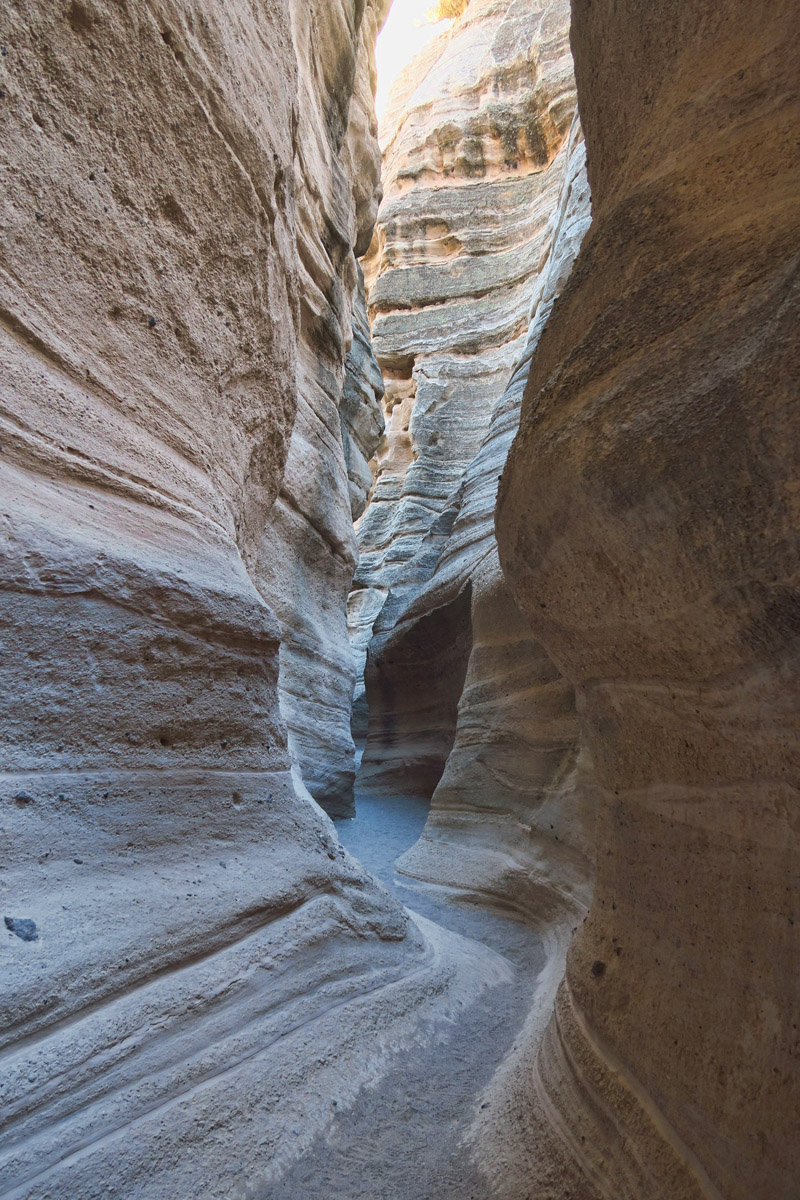 It’s already warming up by 8:00am, and I can feel the heat reflecting off the sandstone.  But the slot is cool and quiet.  As I meander through, the morning birds are still singing overhead.  It feels like a magical place that I have all to myself.  The echoing quiet, the contrast of heat and cool, the pale shades of sandstone take me back to places explored in the Wadi Rum desert of Jordan. I am lost in thought, enjoying the moment. But have to speed up. I can sense them coming…

I continue on up to the overlook.  By now, I am starting to be overtaken by people intent on racing to the top, then all bunching up together out on the furthest point of the overlook, as if they were tagging a horizontal summit. I observe that the view is actually much better at an intermediate point along the way, so I stop to take in the view. 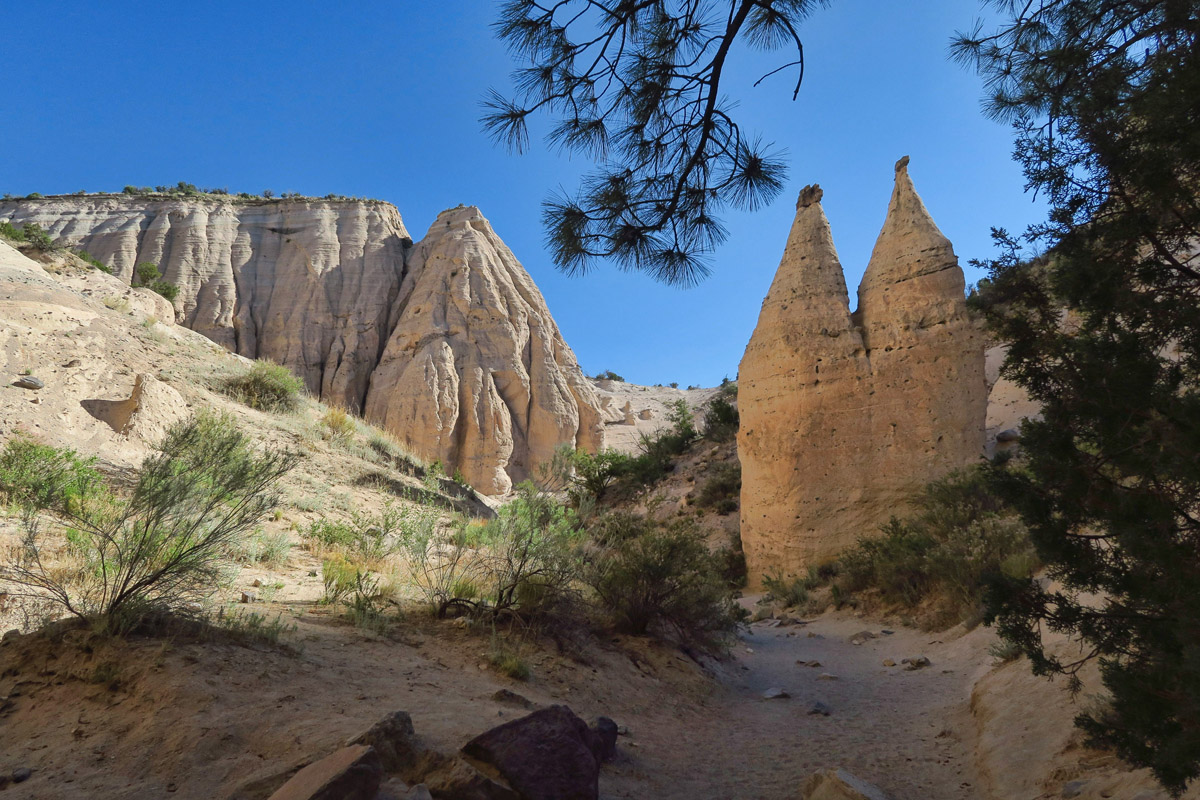 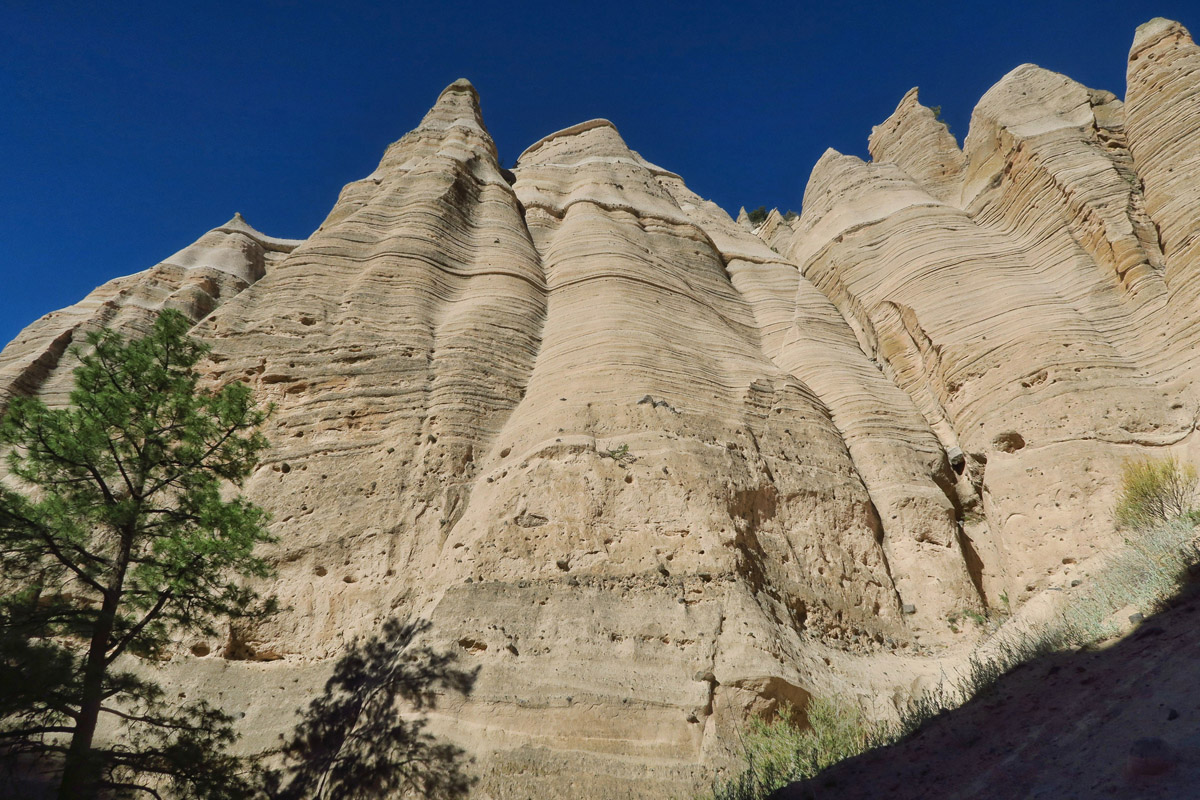 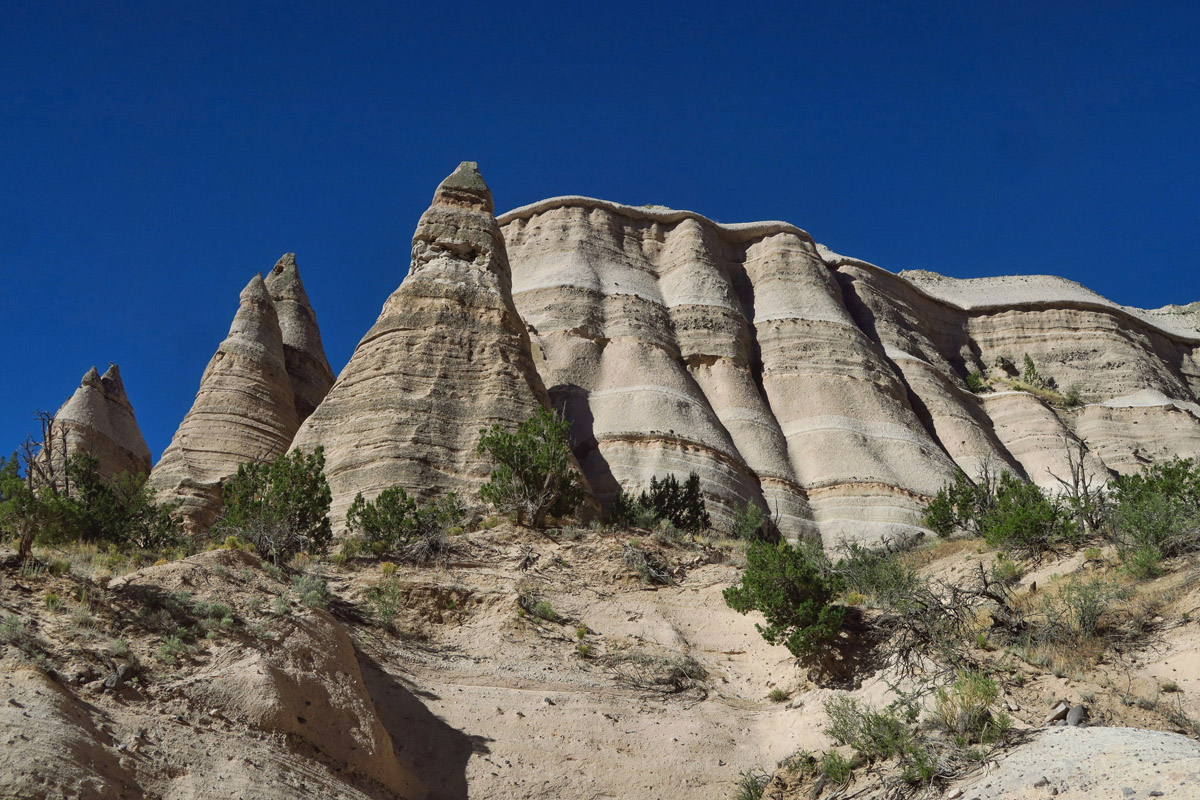 By the time I start the decent from the overlook, back through the slot canyon, it’s a mob scene.  Flip-flop wearing civilians in the baking sun carrying miniature-sized disposable water bottles with an inch of water left.  The slot is stuffed with everything from a Sari-wearing grandmother to a three-wheeled baby stroller.   What a dramatic change from my hike up the canyon!

As I leave the park through the exit gate, there is a line…waiting. Meanwhile, I’m on my way back to the cool confines of the Winnie. This is one time where every squawk of my early morning alarm clock was worth it! 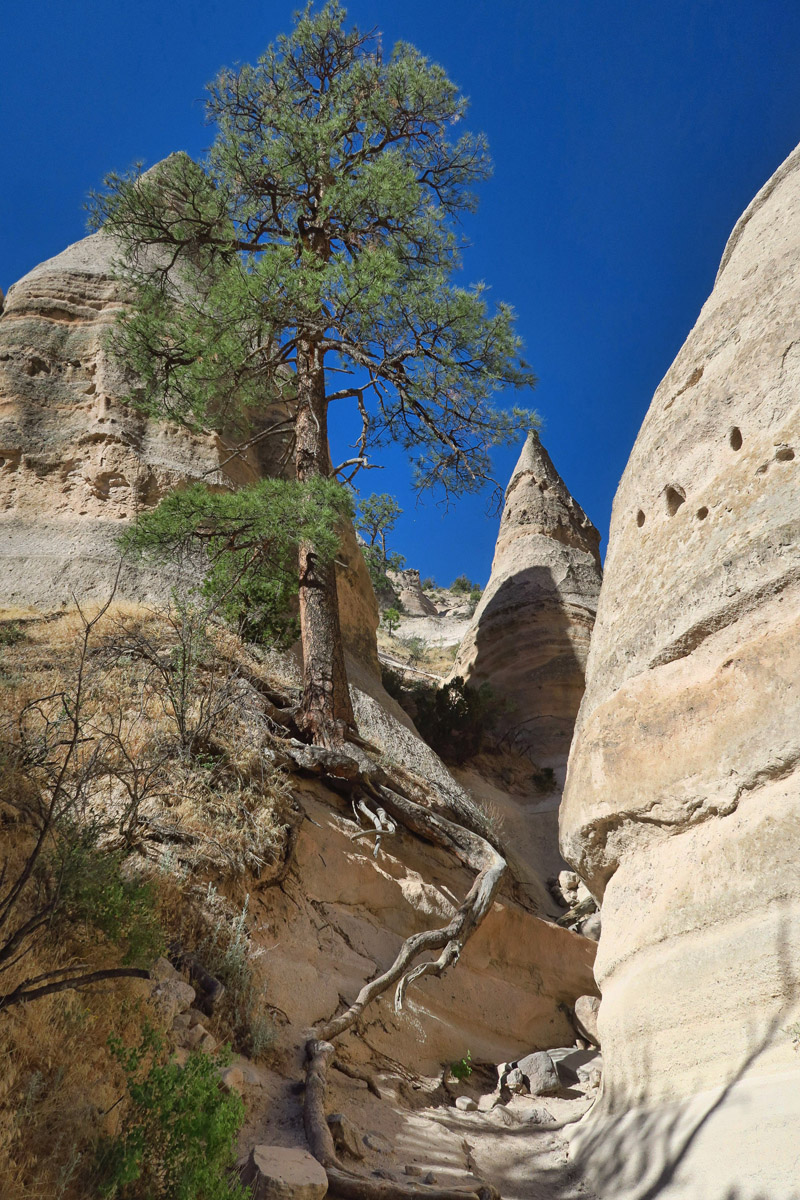 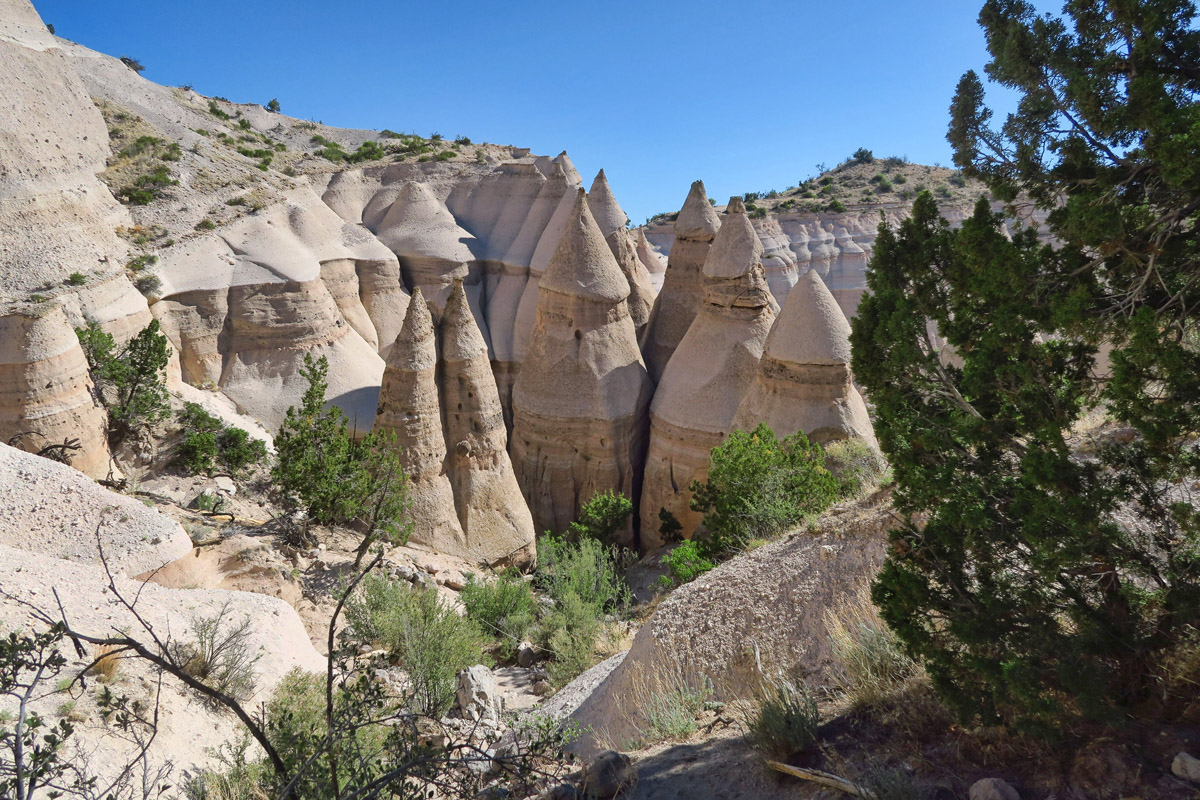 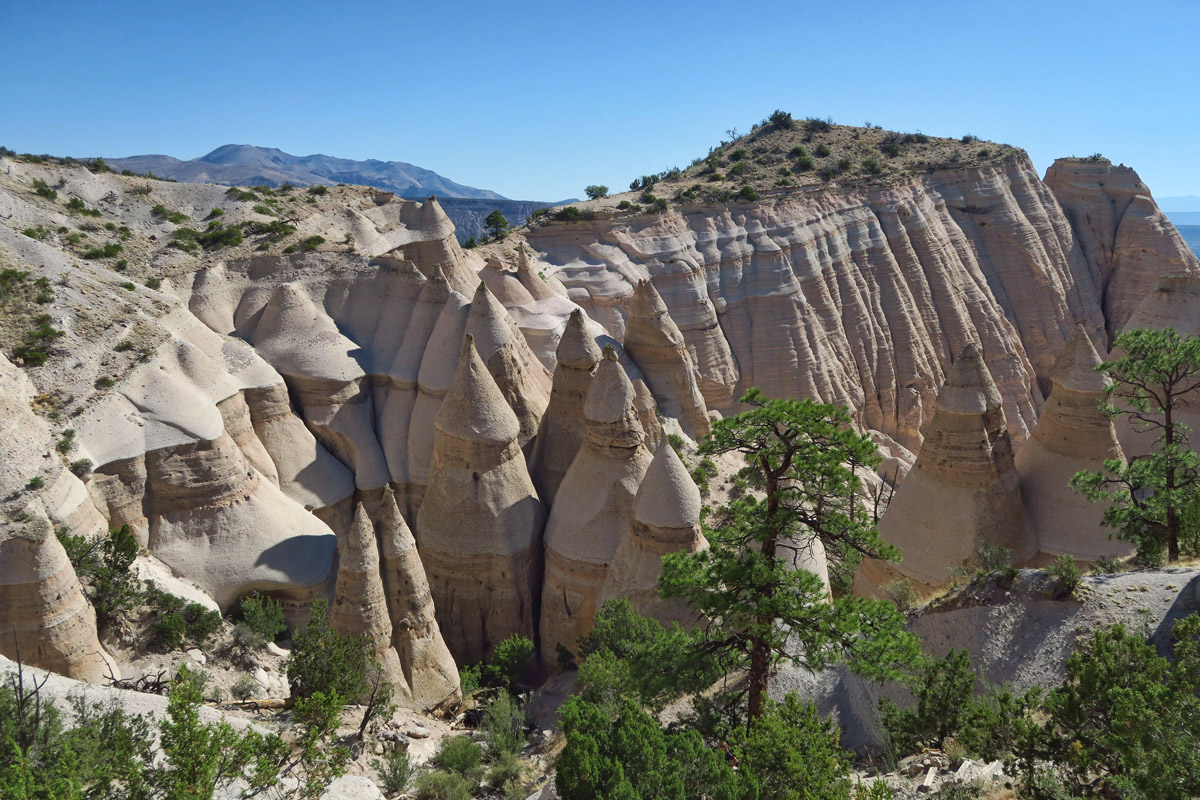 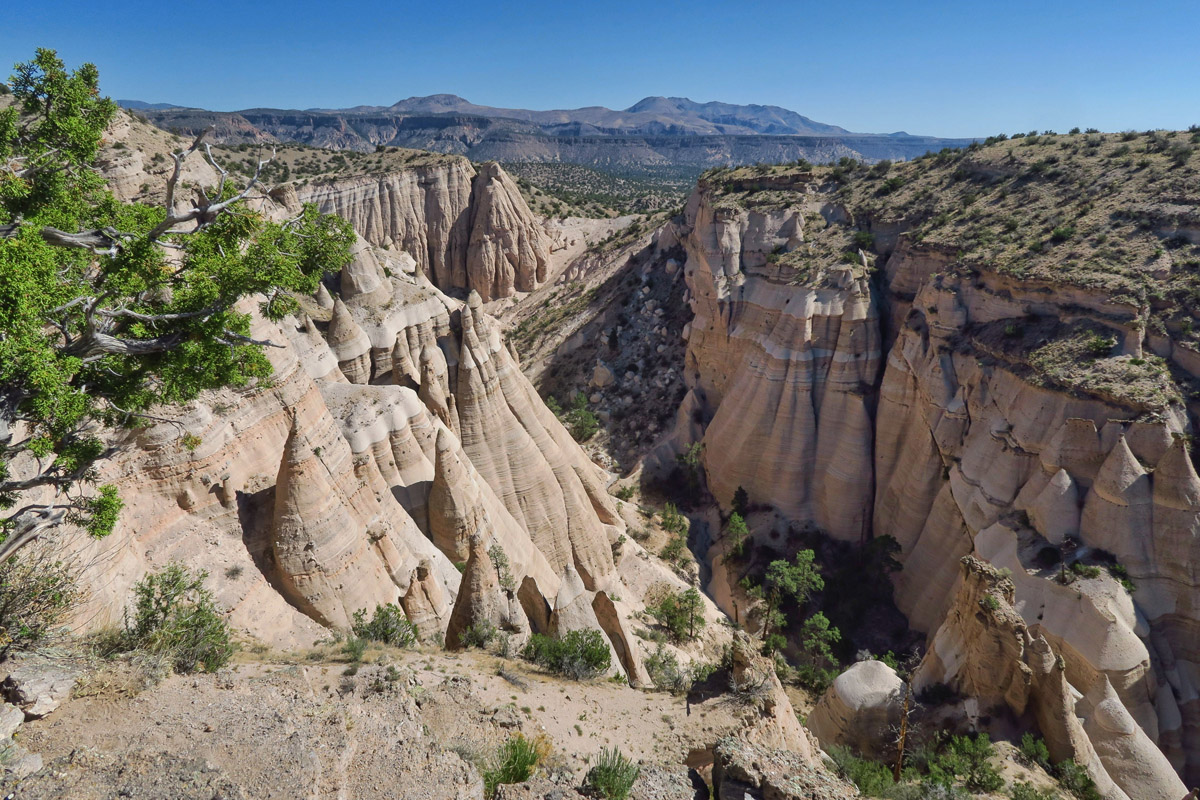