The Beagle has a clever way of getting guests up and out early so the crew can begin to prepare for the next round of guests arriving that same afternoon. We will be up before sunrise for a boat tour around the estuary, Black Turtle Cove. No sweaty hikes requiring another shower. No swims requiring the packing of wet clothing. Just a cool morning ride around the lagoon in the zodiacs.

Btack Turtle Cove, off the coast of Santa Cruz Island, is a mangrove estuary teeming with little hideaways for mating sea turtles, rays, and sharks. As we speed across the open water to reach the mouth of the cove, the sky beginning to take on a rose-colored glow, I remark to Tom sitting beside me, “Whenever I get up at this hour, I always wonder why I don’t do it more often.” The sunrise across the flat calm water is glorious.

Soon, we are within the mangroves in the estuary, and we begin to see turtles heads popping up left and right. Fabian grabs a branch to anchor us while MotorMan kills the engine. We sit at the mouth of one of the inlets as the marine life rushes out to sea with the tide. It’s like an ocean highway as one of us shouts, “Here comes a shark!” “There’s a turtle!” “And a ray!” as they each cruise through the shoot of water emptying from the cove. Fabian tells us when we see the turtle shells come to the surface, it means they are mating. And we see them often. But perhaps the best sighting is watching the blue heron, lit by the rising sun as he hunts in the golden waters. He leans way over on his side with eye focused on the water, plucks out a silvery fish, and gobbles it down as the shutters snap furiously like the paparazzi we are.

Back on board for breakfast, our final meal on The Beagle. I didn’t realize how much I would miss those daily plates of fresh papaya, pineapple, oranges and melon until I was back on the mainland, fending for breakfast on my own.

The remainder of the group is headed to the airport, but I am going back to Puerto Ayora, so I catch a ride in the zodiac with Daniel, aka “MotorMan” on his dirty laundry run. This will allow me to cut out the bus from the airport, as well as the ferry across the canal. The only catch is that I must leave 45 minutes before the rest of the guests. As I head to the zodiac, I manage to choke out a few bars from “We’ll meet again, don’t know where, don’t know when.” But once we speed away and I can no longer see them waving, as The Beagle gets smaller and smaller on the horizon, I can’t hold it back any longer. Eyes straight ahead.  Must not let Motorman see the tears now streaming down my face!

Leaving the safety of my little cocoon was tough, particularly still feeling so vulnerable after being robbed of my most personal of possessions. I felt safe and secure in my single cabin with a place for everything, and everything in its place.  But equally tough was saying goodbye to my new community. When you share three meals a day and three to four excursions with 12 other people, you get to know about their lives, their families, their routines back home. I didn’t realize how much I talked about my family until Walter from the Netherlands planted a goodbye kiss on each cheek, saying “One for your mother, and one for your brother.” We had two cancer survivors on board, each sharing their stories, not of surviving, but of thriving.  It would take a couple of days to no longer hear their Dutch, Swiss, French and Ecuadorian accents echoing in my head. I think when one spends so much time alone, companions are more easily imprinted into one’s memory.

My time in the Galapagos touched me like no other place aside from Antarctica. It’s so difficult for me to explain, but in both cases, it was a paradigm shift that occurred once I was there. In both places, I went feeling like the top of the food chain; Man’s Superiority. And in both instances, I left feeling like an insignificant, outside observer of something much greater than me.

In both cases, I also came back with a very different perspective of the place as a whole than I had going in. I expected to be wowed by the wildlife…the whales, penguins, the seabirds of Antarctica, and the booby birds, land tortoises and marine life of the Galapagos. But in both cases, I was moved by something completely different than anticipated. In other words, the sum was greater than its parts.

For Antarctica, I was overwhelmed by the vastness of miles and miles of ice. Stark black and white contrasting mountains looming overhead. And certain death depths of the foreboding sea beneath me. But for the Galapagos, it was the sheer pristine nature of it all. Being able to walk a beach with no one else but our group in sight. Sitting on the top deck looking out across a calm, idyllic anchorage and seeing no other boats around. And in walking among the wildlife, impervious to my presence, I felt more like the zoo animal was me, not them. It’s not something I can describe with words, or even photos…it’s a feeling.

While I didn’t do that much research prior to the Galapagos cruise, I did do quite a bit upon return, mostly for the purpose of accurately describing the things I saw in this blog. Fact is, I just didn’t have much interest in iguanas and tortoises until I had actually seen them up close and personal. In reading about every single piece of flora and fauna that I wrote about in these posts, there was some threat to their existence, much of it at the hand of man.

The most over arching cause of the endangerment of these species is rising sea temperatures. It’s so easy to see how the whole chain can easily collapse at the demise of one food source. Rising ocean temperatures threaten the cold-water schooling fish such as anchovies, sardines and mullet. Depletion of this food source impacts the booby birds, the penguins, which in turn impacts the sea lions. Over 70% of the penguin population has been depleted due to lack of this food source. Rising temps also impact the marine iguanas, as the algae they feed on can’t grow in warmer ocean temps.

It’s taking the easy way out to dismiss climate change is a natural phenomenon. Much harder to admit we all have had a hand in the eventual demise of the extinction of a species. A comment I read on Twitter got it just about right, “Unfortunately Game of Thrones receives more attention than the Exodus of the species.”

If you are a follower of the news, you no doubt saw the article published yesterday regarding the UN report warning that one million species is facing the threat of extinction. You can find that article here or here. Among the most shocking takeaways for me was the fact that the earth’s population has doubled since 1970!  No wonder I keep asking myself “Where are all these people coming from?” We are literally eating ourselves out of house and home.

The other sobering highlight was the tenfold increase in plastic pollution since 1980. According to the Galapagos Conservation Trust, an estimated 12 million tons of plastics enter the ocean every year, with many of the local species found to have either been entangled by it, or to have ingested it. Just because it’s not littering my photos doesn’t mean it isn’t there. The National Park Service, Naturalist Guides, and the Galapagos Conservation Trusts’ Plastic Pollution Project spends countless hours locating and removing it.

So what can we do? Well, for one, we can increase our awareness about what we consume, particularly in the area of plastics. Do we really need all those plastic balls, bells, and bows to feel good about the holidays? Mylar balloons in order to celebrate? A dozen plastic toys for the dog? Whenever we buy something plastic, we should do so with the end in mind. Where will it end up when it has outlived its purpose? And does the end justify the means?

It’s not enough to just “reuse,” but we must also try to “refuse” when we have that option. If you don’t need the plastic lid, bag, etc, don’t take it just because it’s offered. Choose cardboard over stryofoam when possible. Consider other options when “disposable” isn’t truly disposable.

And lastly, VOTE OUT those who do not support the call to action (Sec Pompeo today on the crisis in the Artic: “Melting sea ice presents ‘new opportunities for trade”)

Many might take the stance that one person can’t make a difference. And that’s true if everyone feels that way. But in the end, don’t you want to feel like you’ve done all you can do, before the whole world becomes a zoo?

I hope that you have enjoyed the tour through this magical place. I feel blessed to have experienced it, and delighted to be able to share it. Thanks for all your support, interest, and well thought out comments.

(My only remaining photos of the Galapagos Islands, taken with my vintage android, due to my now busted Canon G7X.) 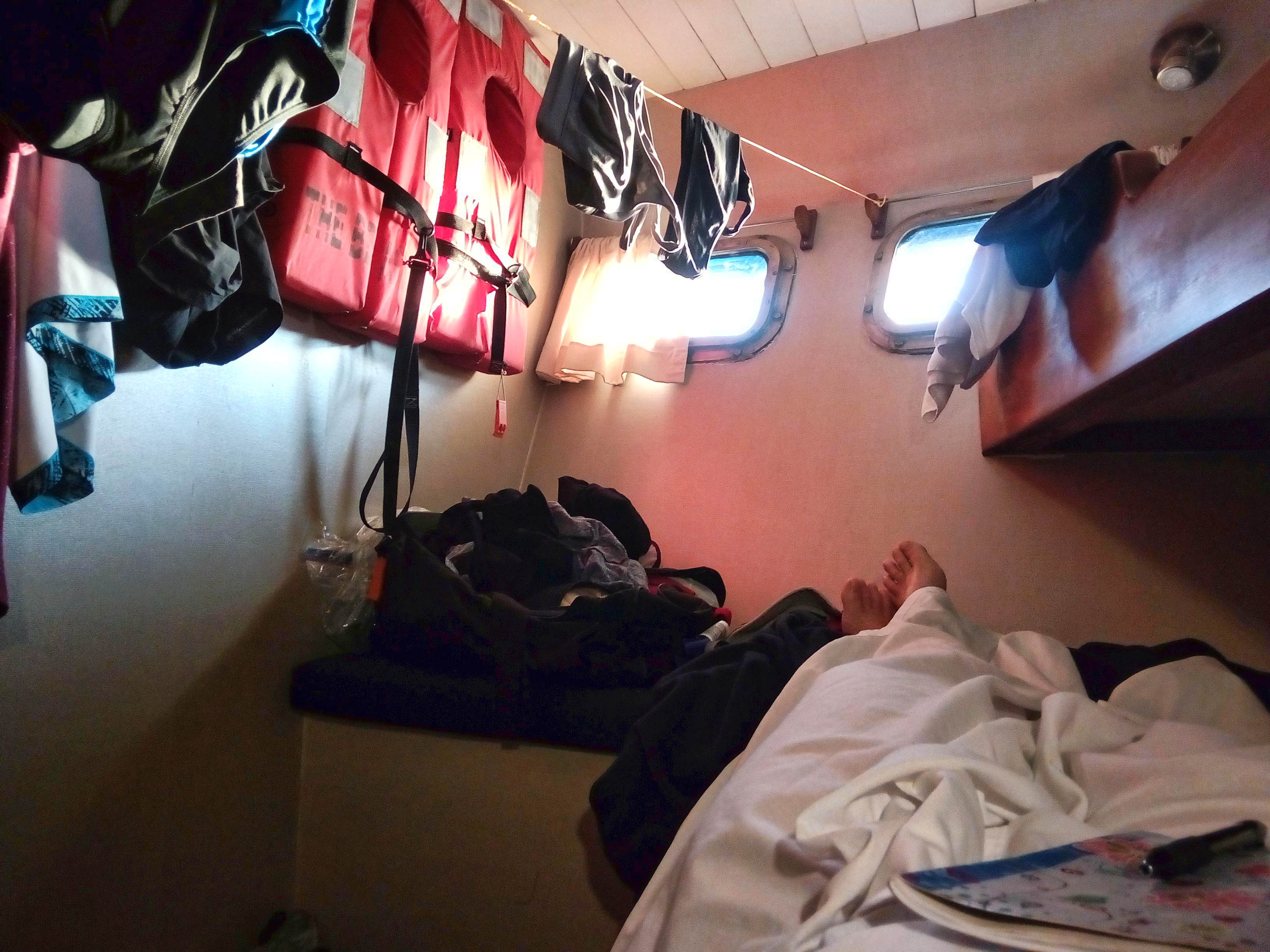 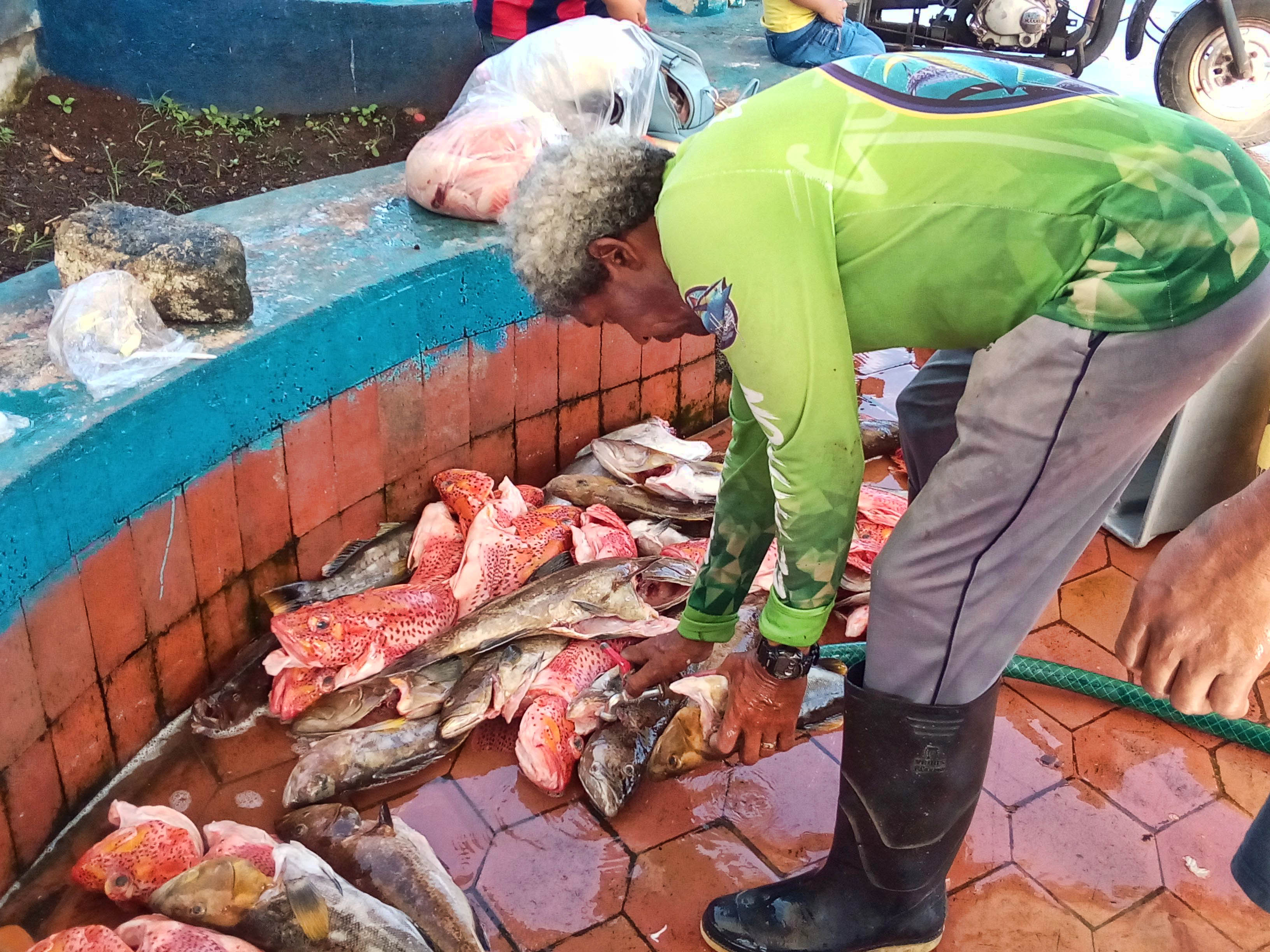 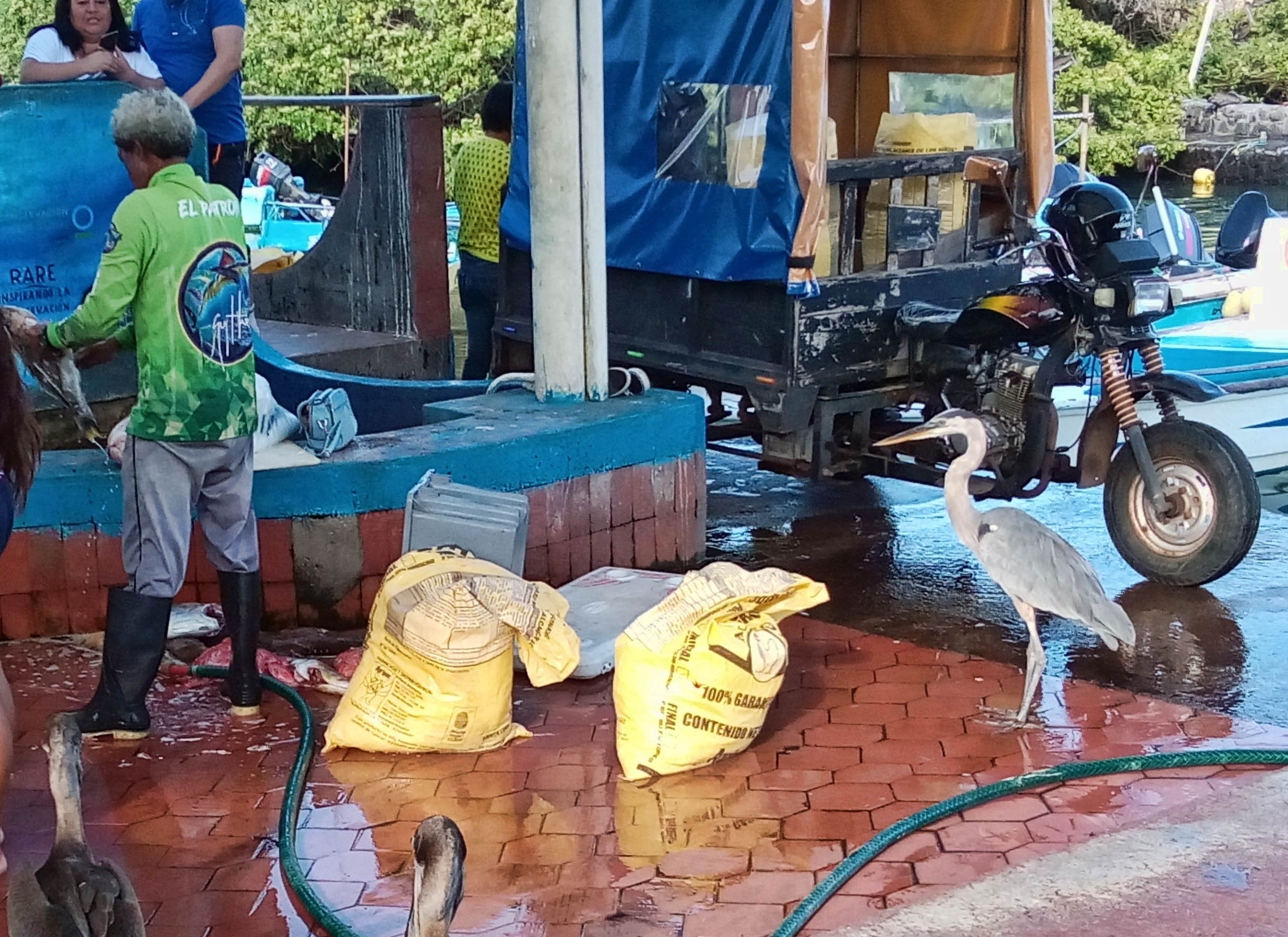 Heron waiting for a hand out. 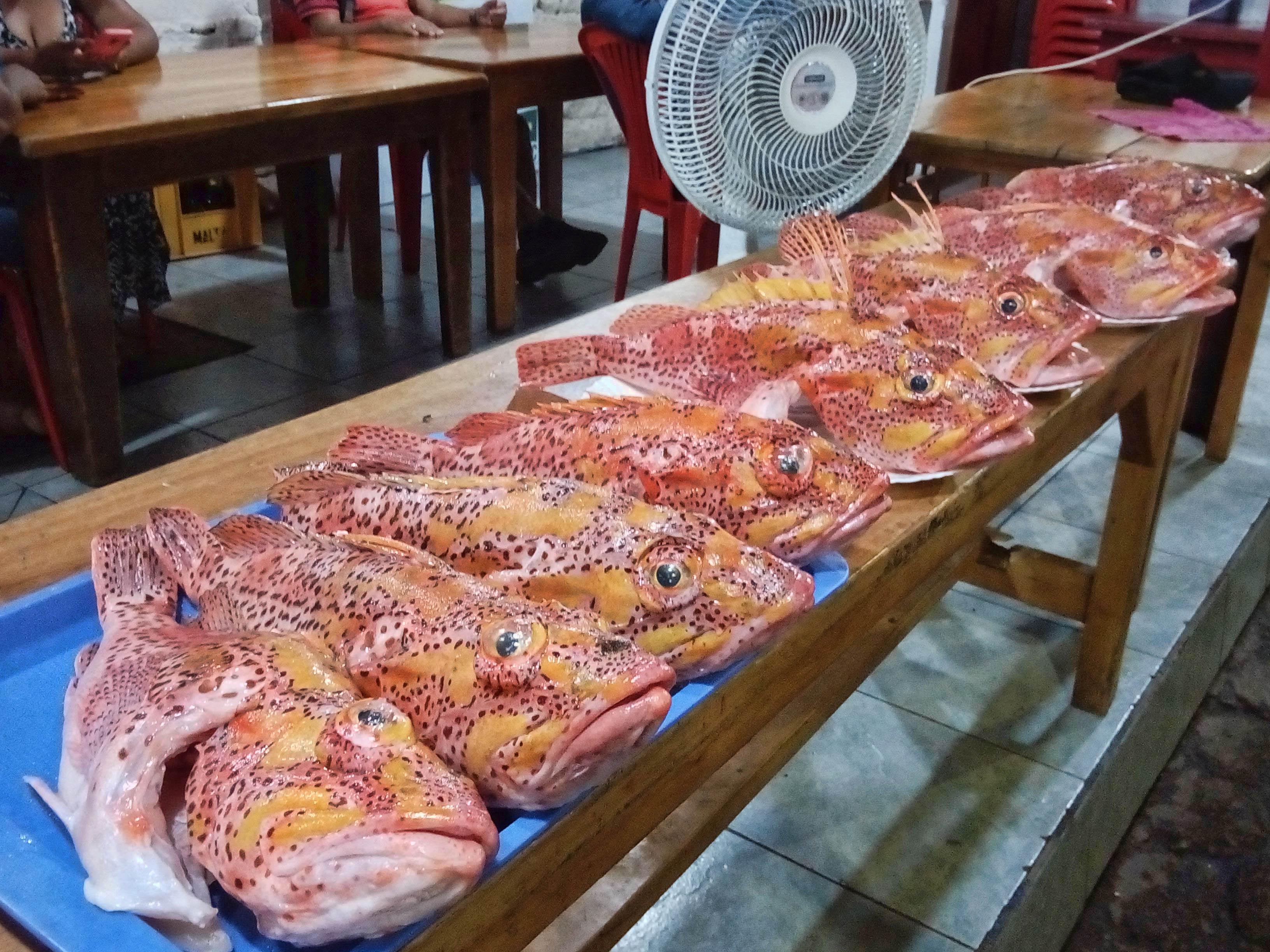 I never could understand the name of these fish (sounds like “bruga?”) but they had been harvested in great abundance. I was told their eyes are bulging, because they were brought up from the deep. 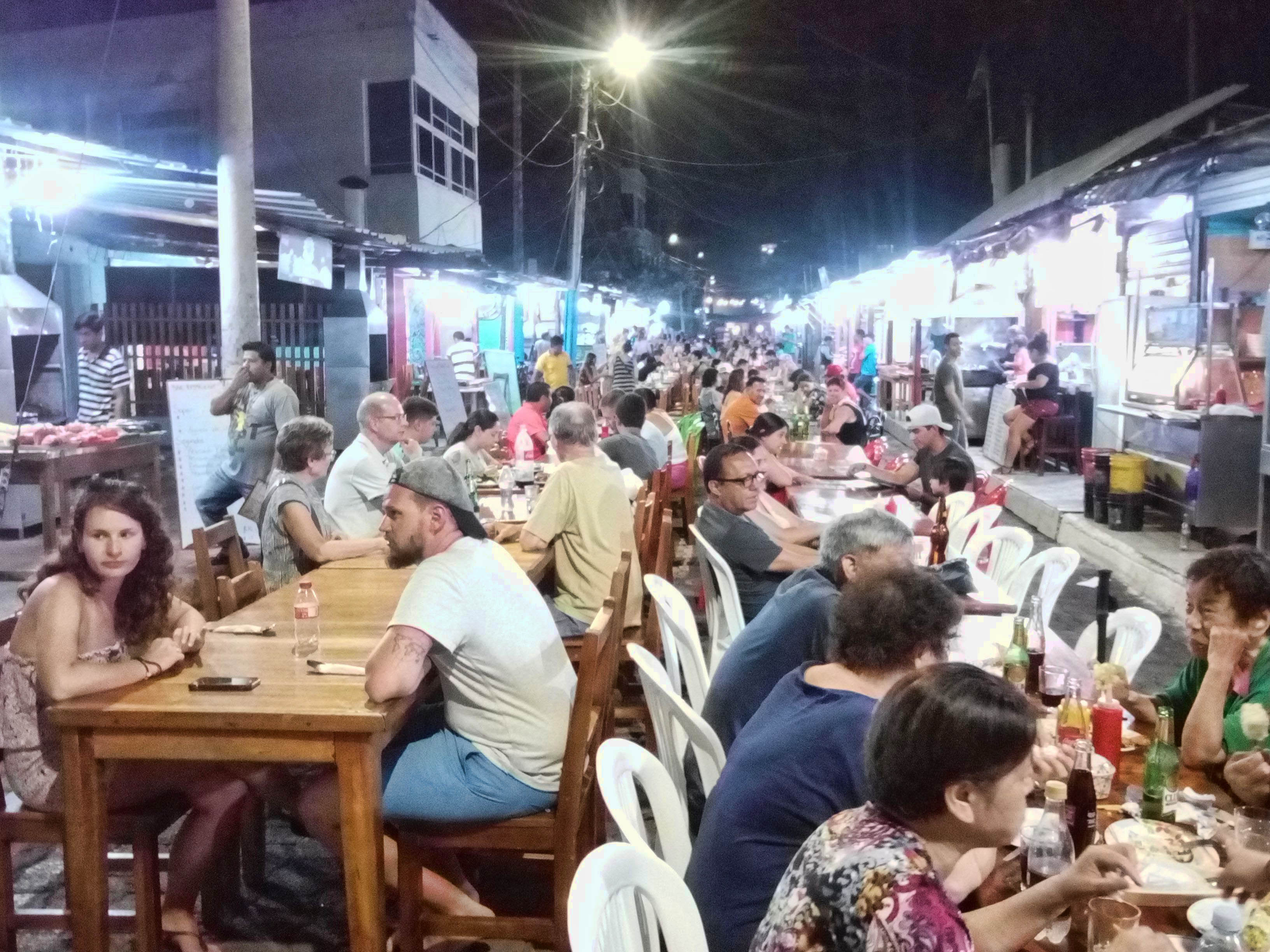 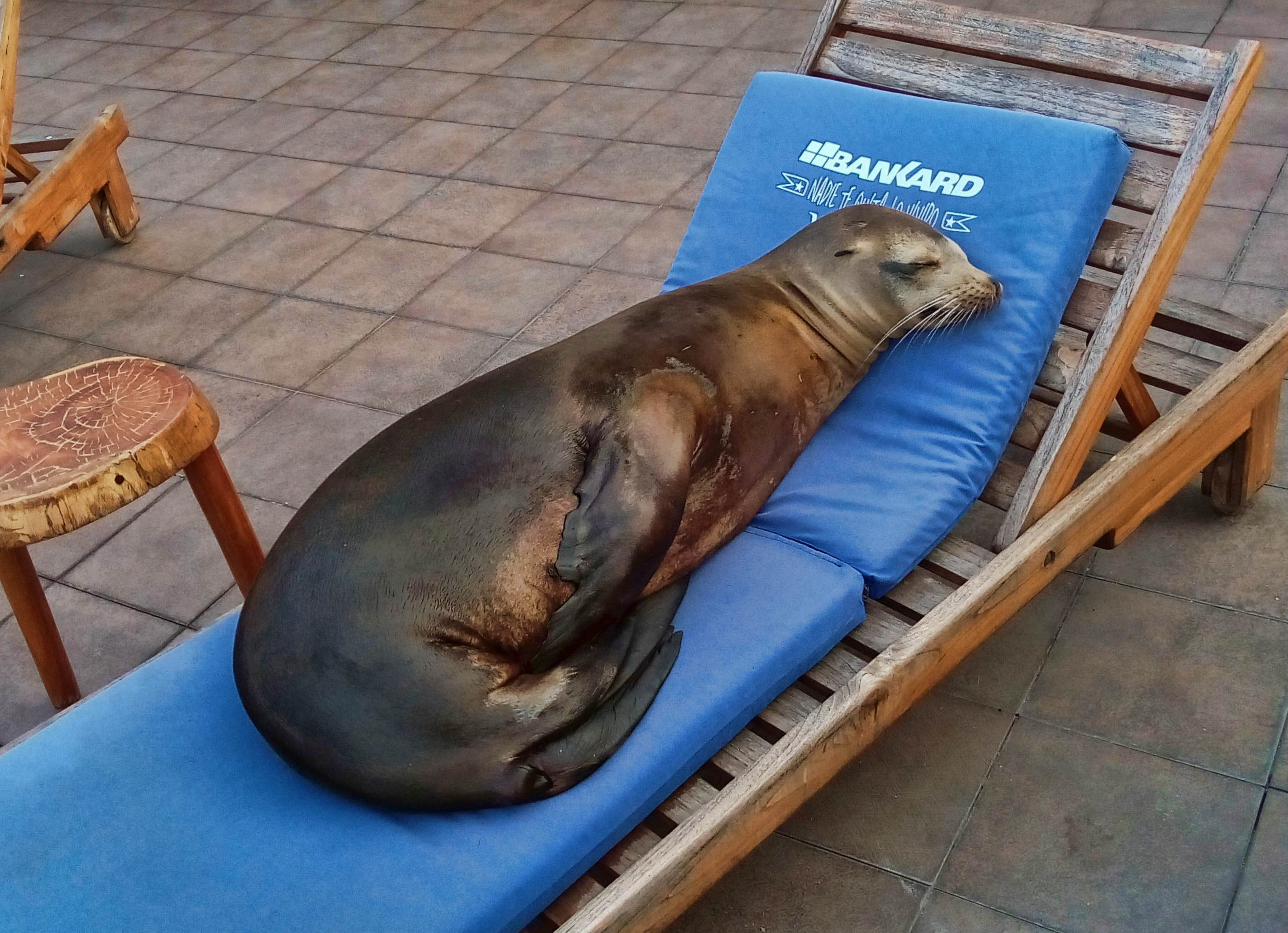 And finally, my personal favorite from the entire 8 day adventure…

“Nature once determined how we survive. Now we determine how nature survives.” ~Sir David Attenborough