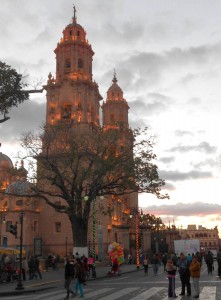 There are those towns that you instantly get a “read” on….a good vibe, the minute you step off the bus.  Sometimes that first impression turns out to be wrong, but more often than not, the gut feeling is spot on.   I had about 6 hours to explore Morelia on my way to Patzcuaro last summer, and I instantly knew it was a place I wanted to return to spend more time.

It is a very sophisticated, progressive city, a University town with lots of pubs, outdoor cafes, and an ample amount of green space allocated.   They even have wifi in all their parks!   The giant green plazas typically have some kind of street musician or entertainment going on.   And the sidewalks are WIDE and WALKABLE, with street names like “Romance Street.” 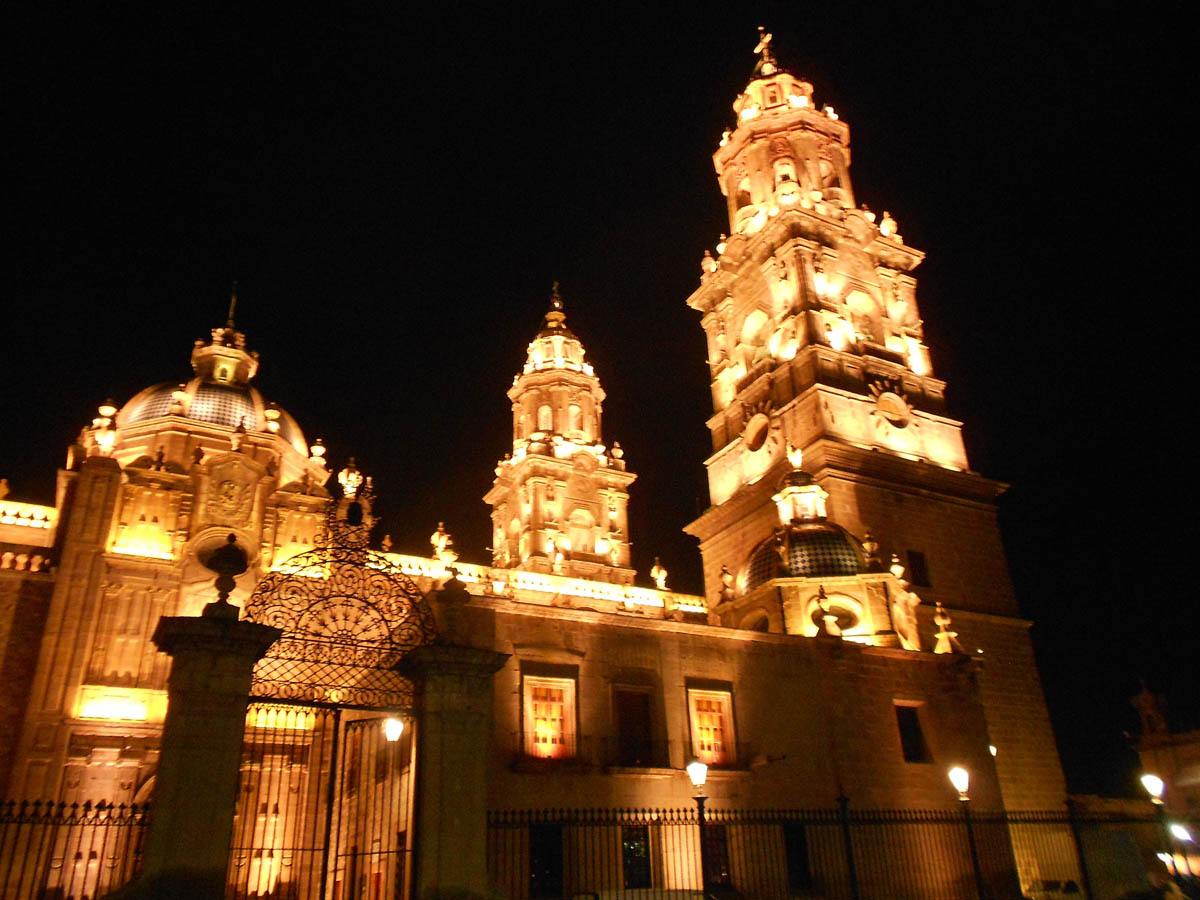 And the city seems quite progressive, with an honest effort geared toward sustainable energy and recycling. 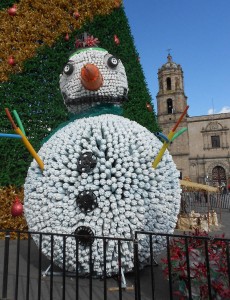 Snowman made from 4,300 plastic bottles 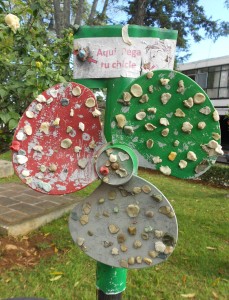 Park your Chicklets in the park!

So here I go again with the “undiscovered” bit, but I think that is another reason why I liked it as well, as it just feels like a really nice town, but not overdone from a tourist standpoint.  Even Lonely Planet calls it “the coolest place you’ve never been.” 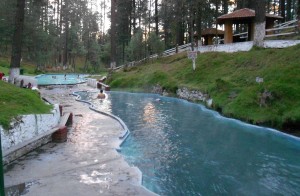 It also seems to be a bit of a hub for things to do and see nearby, from the little gem of Patzcuaro, to the “avocado capital” of Ururapan with a National Park filled with avocado trees.  Just three hours away are the Monarch butterfly reserves.   And a little over an hour is a beautiful lake with thermal activity all around, so campgrounds not only have cabanas and camping, but also “aguas termales” or hot springs for soaking.  We made a side trip to Los Azufres, pools of varying degrees of heat from volcanic activity, just an hour outside of Morelia in the tall pine-covered mountains.  Our driver had “connections,” which got us our own private pool, complete with zombies. 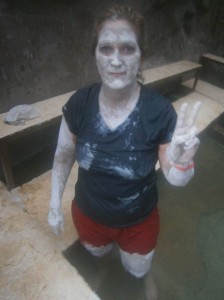 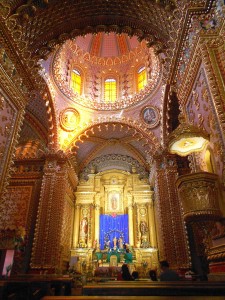 One of the attractions I attempted to see on my six hour layover last summer was the Santuario de Guadalupe, billed as a “don’t miss!” attraction, but it was unfortunately closed for renovation while we were there.  So of course, this was at the top of my list for the weekend, as I headed straight there, relieved to see the scaffolding now gone.

I wish photos could do the ceiling of this place justice.  While very ordinary on the outside, one step into the nave took my breath away. 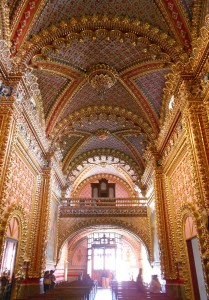 The rosettes, finials, and gold leaf fleur-de-lis covering every square inch of the walls, the ceiling, and the dome in “baroque exuberance” were stunningly beautiful in a gaudy sort of way.  Mexico is full of gaudy churches (Santo Domingo in Oaxaca comes to mind) but I loved the small intimacy of this one, like being inside a daintily beaded, red, pink, and gold ornate Faberge’ egg.     I have to quote the Lonely Planet again in saying, “It’s the kind of place that would inspire Timothy Leary to do up Virgen de Guadalupe acid tabs.” 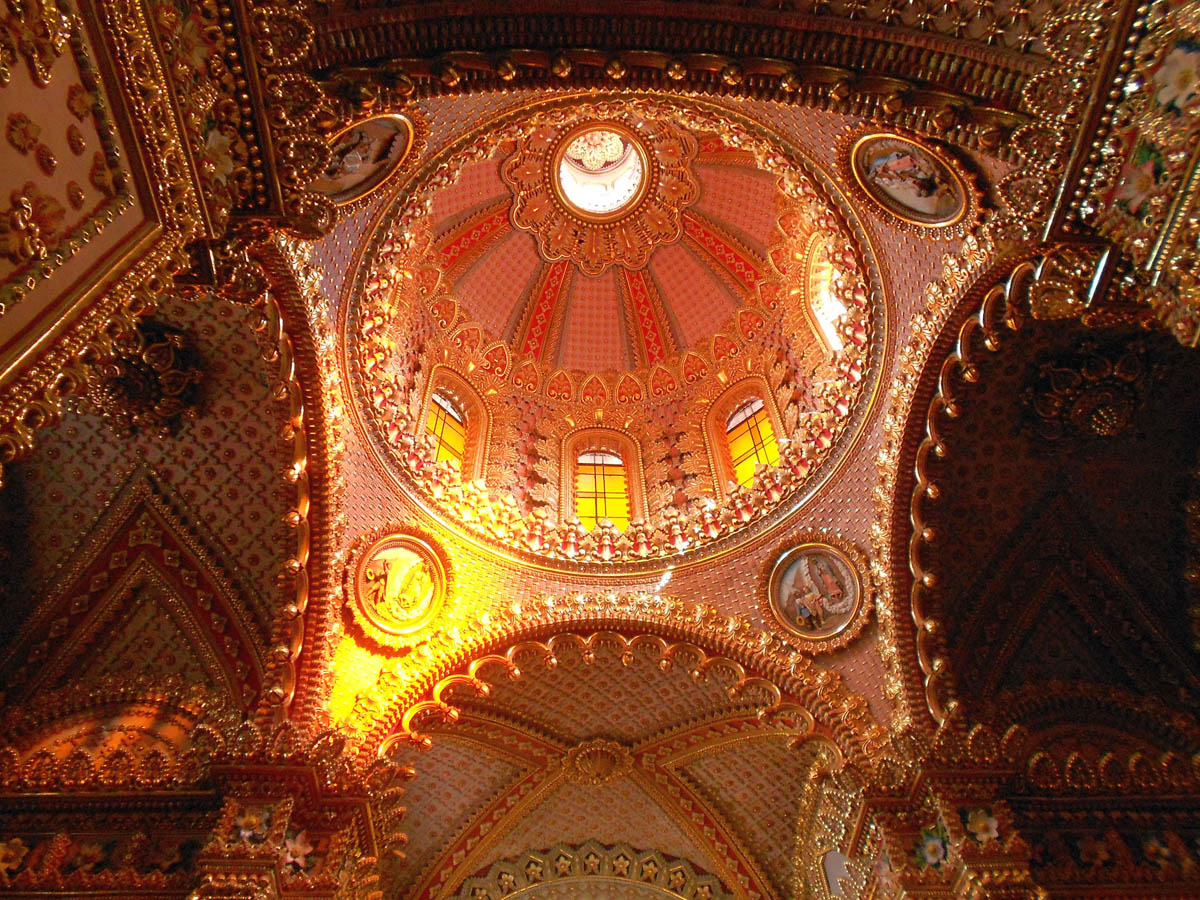 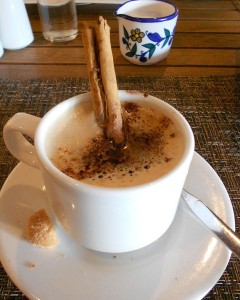 In keeping with my “foodie” reputation, I must also tell you that aside from the beautiful architecture, the gorgeous pine-covered hills, the music-filled green space, reason alone to return would be the restaurant, “Lu.”   I typically steer clear of restaurants located inside a hotel, but this one came highly recommended….(by a couple of tourists Don flagged down in the street, driven by hunger…)  Being inside the “Hotel Casino,” along with a location right on the sidewalk across from the plaza didn’t leave me with high expectations.   But as soon as I delved into the avocado soup, trying to conceal my delight because my brother had passed on the first course, I knew this was no typical hotel restaurant.   Each course just got better and better, until the finale, warm orange sponge cake in some kind of plate-licking sauce which I could not translate.   I later learned the Lu had been reviewed by famous Chicago chef Rick Bayless.   I am not kidding when I say I would go back for that orange cake alone… 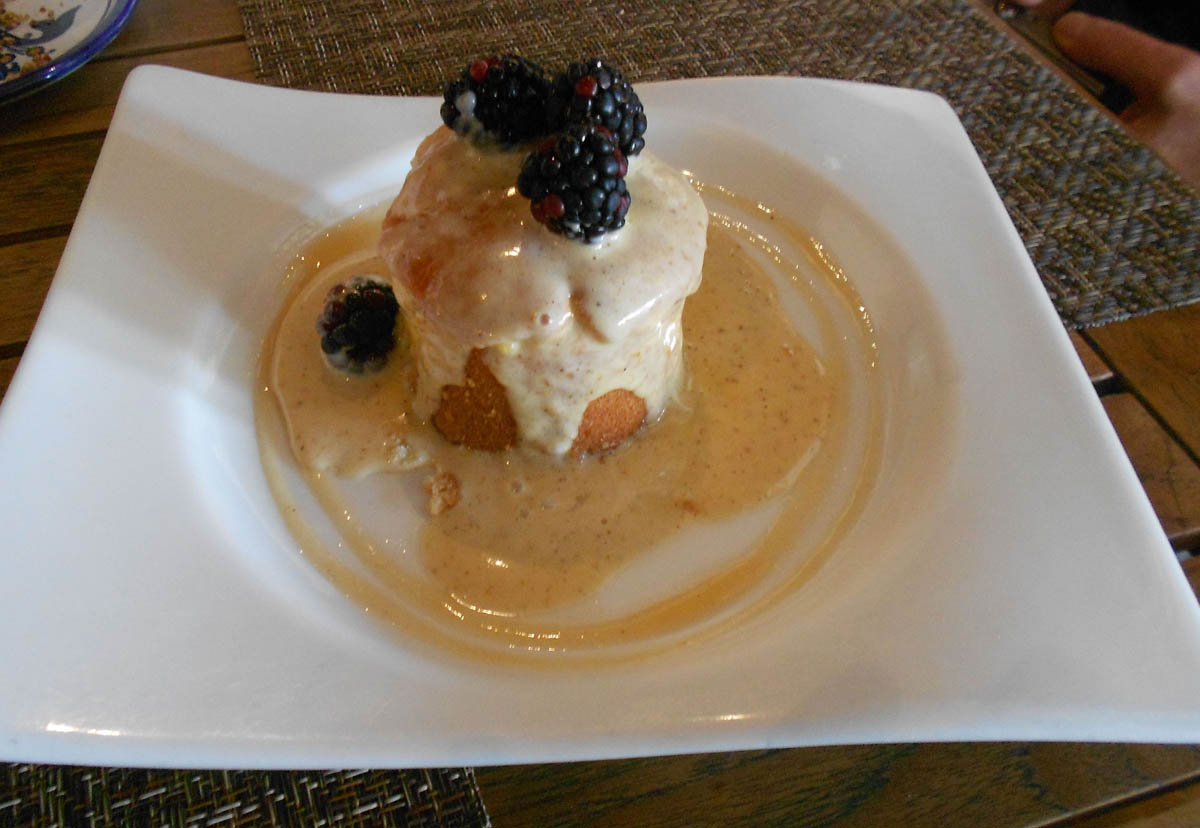 They can’t all be winners, though, as the next night, I tried to be adventurous and branch out of my comfort zone at local favorite, “Lupitas.”   I ordered the combination plate with an interesting, innocent sounding side item called “Patitas.”   TRANSLATION:  “pig’s feet.”  (groan!!) 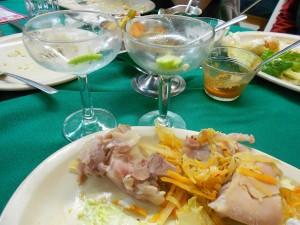 2 thoughts on “More on Morelia…”