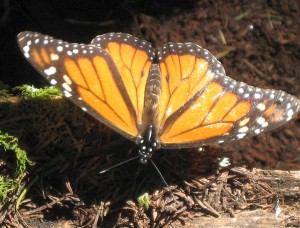 I lived most of my 58 years without ever knowing about the miraculous migration of the monarch butterfly.  Then one October about eight years ago, about a million of them showed up as overnight guests in the giant Live Oak tree on my parents Texas farm.   We all took turns watching them for three days and nights, but none more involved than my 80+ year old Mom in her housecoat with a broom handle, determined to save as many as she could from ending their migration prematurely at the fate of the spider webs in the tree.   It didn’t take much research for me to realize this phenomenon was going on the bucket list! 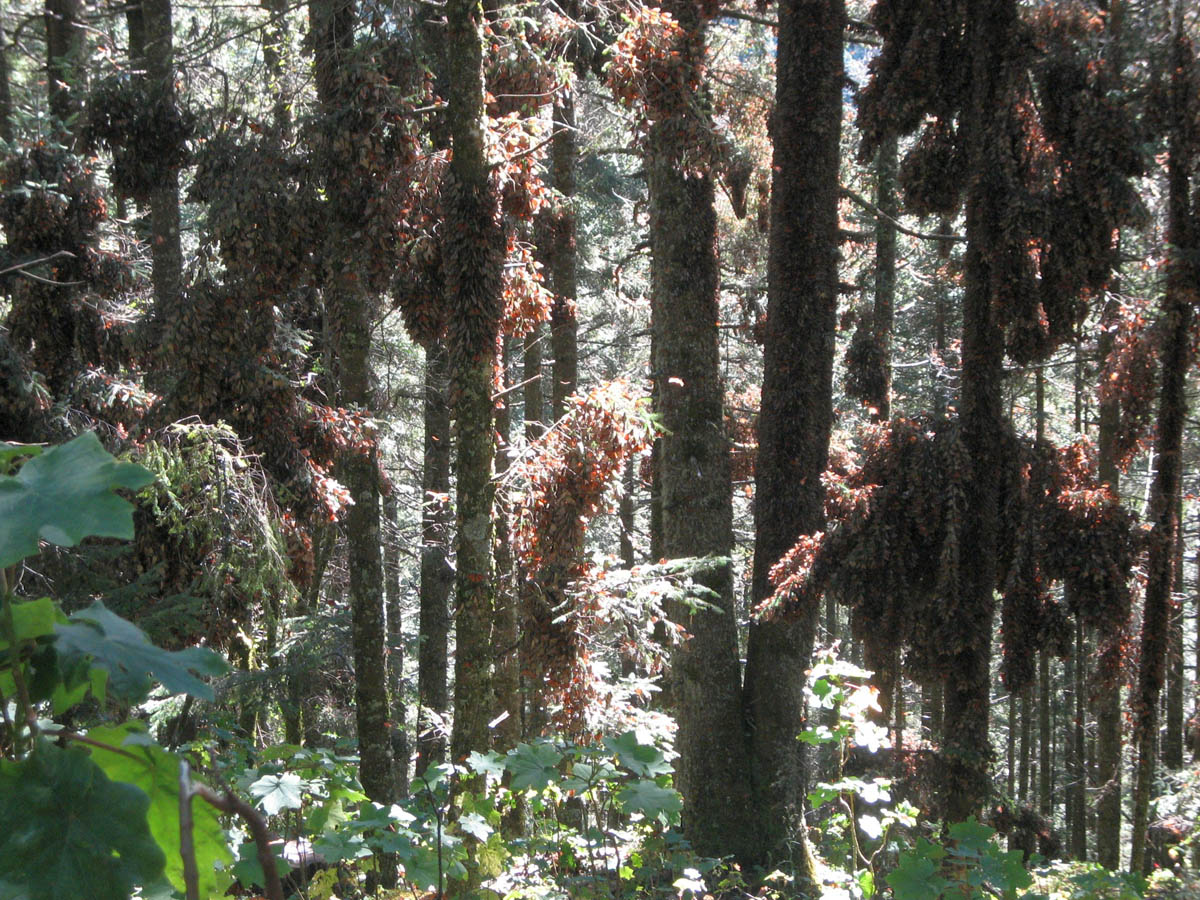 Since that time, I have had the abundant good fortune to visit their southern destination in the mountains of Michoacan twice, where I recently proclaimed to my brother Don , “You can scatter my ashes HERE, please!” 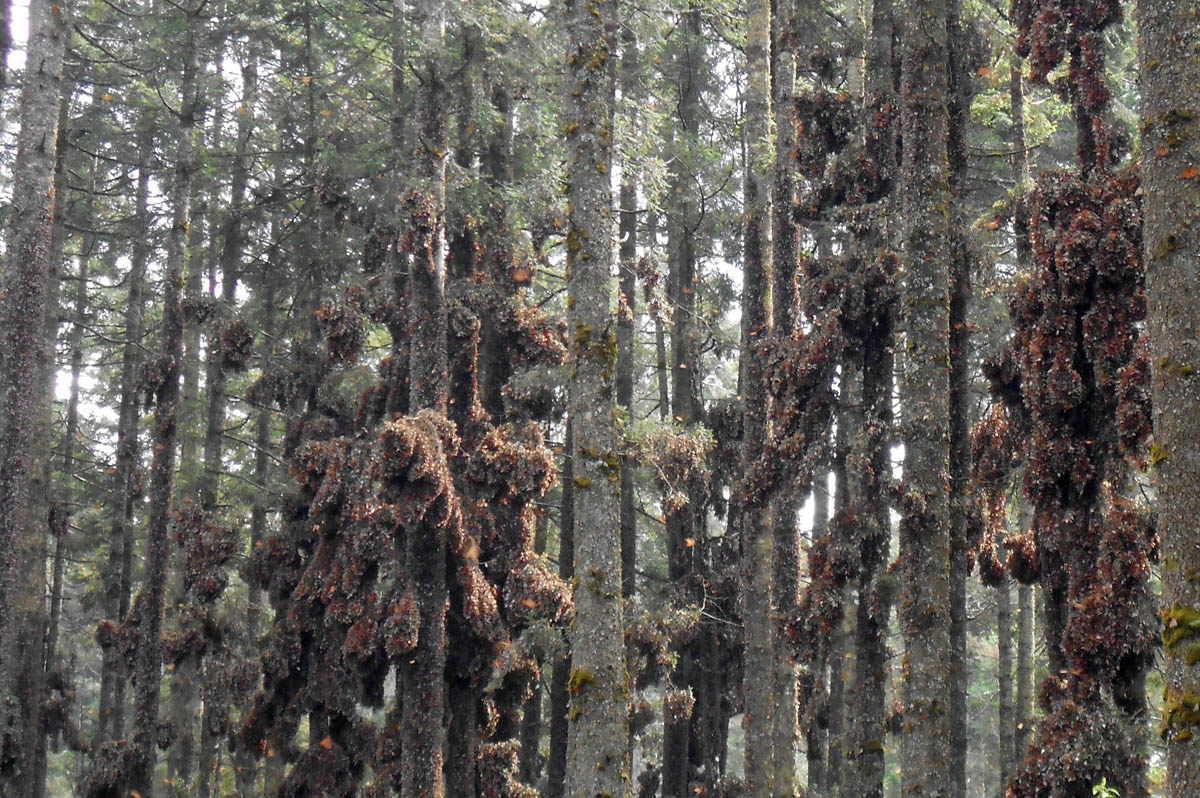 According to the National Audubon Society, “The monarch is the only butterfly that migrates both north and south as the birds do on a regular basis, but no single individual makes the entire round trip. Female monarchs deposit eggs for the next generation during these migrations.”  It takes four different generations of Monarchs to complete the 2,500 mile migration cycle.  Their destination is the tall Oyamel Fir tree forests in the mountains of central Mexico, also called “Sacred Fir,” or “Abies Religiosa” because of the cross that is formed by the tips of the branches. The skinny branches of these trees end up being heavily weighed down by the sheer mass of clumps of millions of butterflies weighing less than a half a gram each. 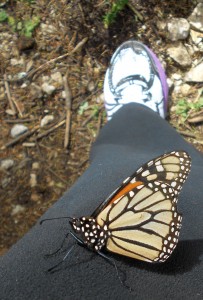 This hitchhiker stayed with me. “Chris…is that you?”

Although the migration begins in October, the majority of the butterflies arrive in Mexico around the Day of the Dead, the 1st November.  This contributes to the folklore that the butterflies are the souls of the dead.  This gives one pause when a butterfly lights on your person and refuses to let go.   This one on my knee stayed with me for most of my visit.

There are two main reserves in Mexico, El Rosario and Sierra Chincua, both accessible via the tiny mountain town of Angangueo.   We opted for Sierra Chincua, not only because it is the less developed of the two, but El Rosario is a three hour walk, whereas the Sierra Chincua reserve offers access on horseback. 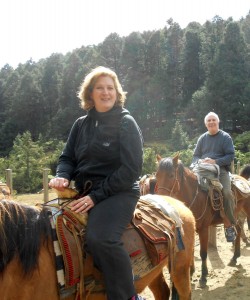 The steep, winding road leads us through the tall evergreen forests until we reach the elevation of 10,000 feet.   Once parked, it is still another half hour by horseback straight up, and another 20 minutes on foot.  It is typical to make this entire journey up to this point without ever encountering a single butterfly.

But then the large, drooping limbs become visible through the forest, butterflies clinging to fir limbs until the warm sun comes out, at which time they begin to take flight. 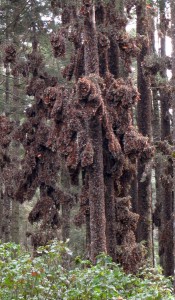 In cases of no wind and absolute quiet, it is even possible to hear the fluttering of their wings, a very faint “swooshing” sound similar to the sound of leaves rustling, only at a lighter pitch.

There have been a lot of changes since my last visit to Sierra Chincua, some good and some not so good.   Areas of the forest are now roped off and “officials” will not let you past a certain point, whereas last time we had the forest all to ourselves. 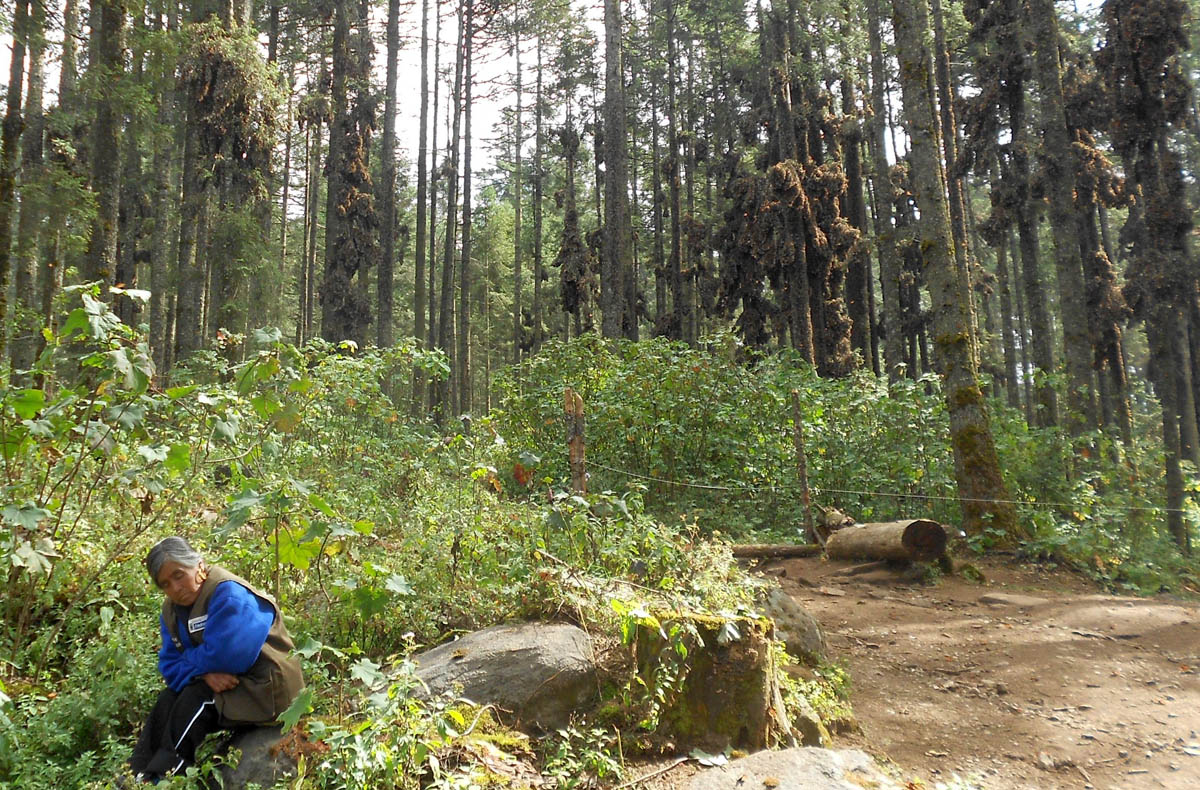 “Official” enforces rope border. (“Did you bring your telephoto lens? No, I though you would.”) 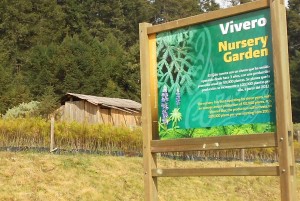 But the positive aspects are evidence of conservation efforts in the form of a nursery that produces 50,000 plants per year, and solar powered artisan shops provided by the State of Michoacan.  These are part of an educational initiative to stop illegal logging and deforestation of the monarch’s overwintering grounds and slow down eradication of milkweed by pesticides from their “rest stops,” both which have led to a drastic reduction in the butterfly’s population.   The State has made great strides toward protecting the species and restoring its habitat. 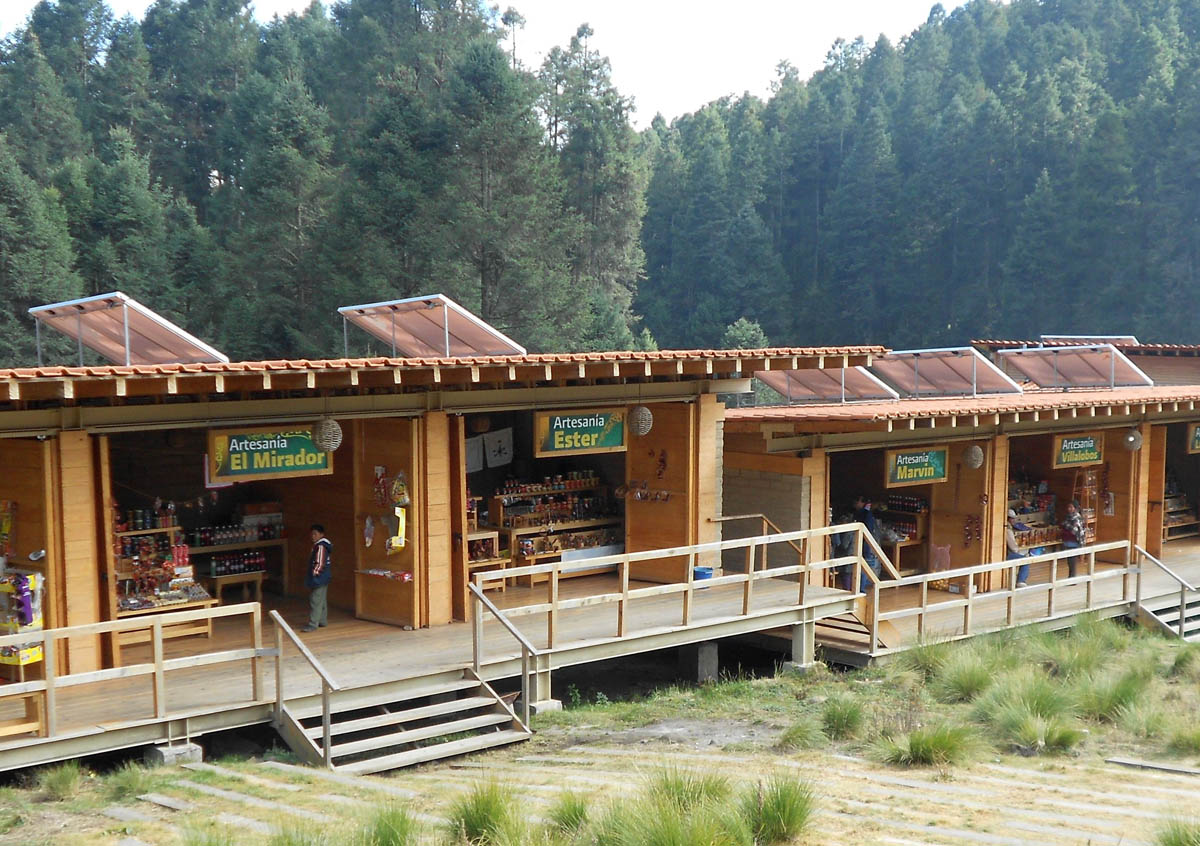 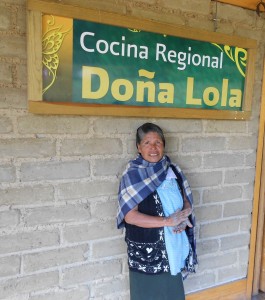 It was a pleasant surprise to find the elderly “mushroom lady” still there, whom we had visited back in 2007 in a dirt-floored lean-to shack, where she was making blue corn quesadillas from the wild morel mushrooms she had gathered in the forest.  She now has her own state-sponsored “upscale” restaurant, though the fresh quesadillas cooked over an open fire still tasted just as delicious as we remembered in the fresh mountain air. 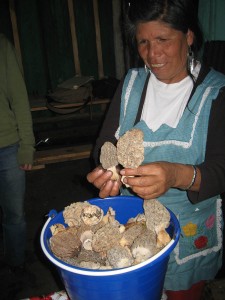 Even after the second visit, I remain as mesmerized by the magnificent “Mariposa Monarca” as ever before! 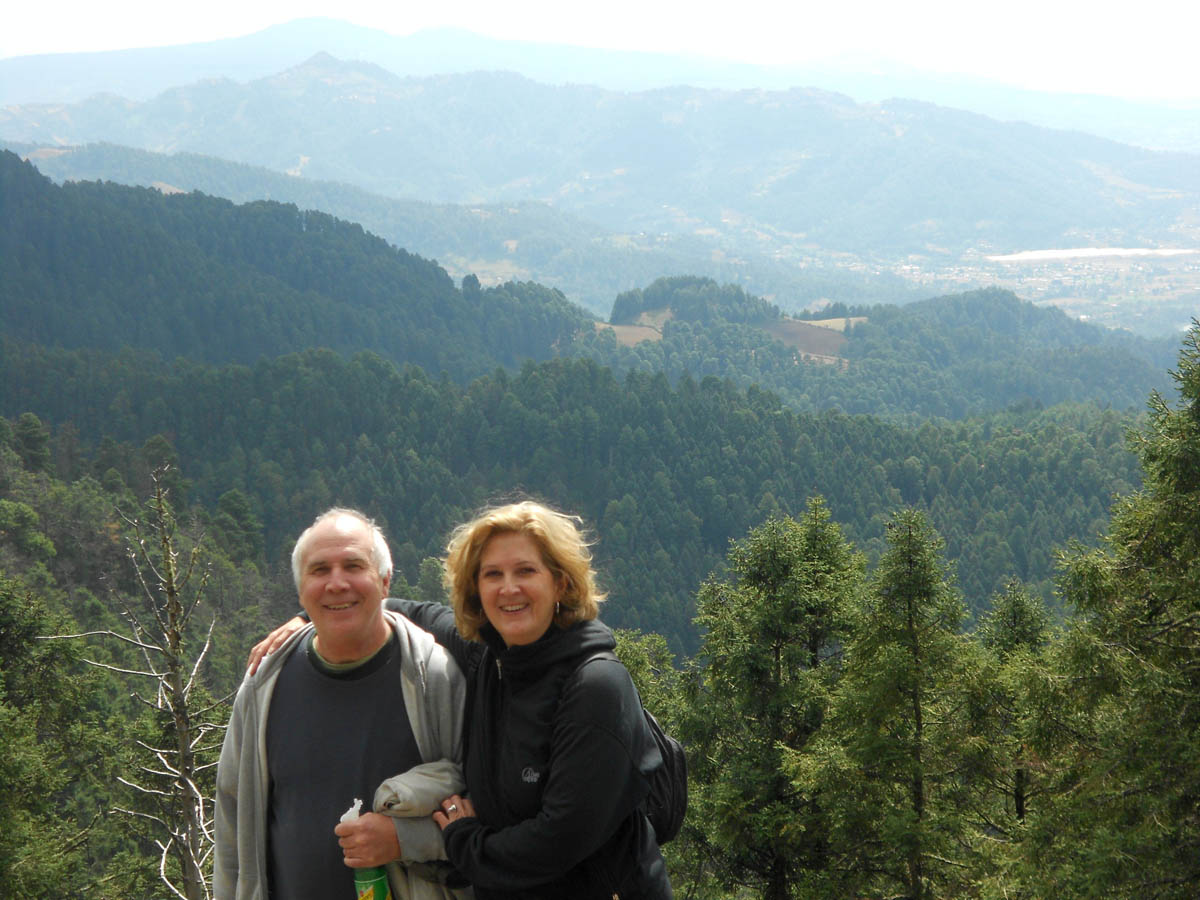 “Happiness is a butterfly, which when pursued, is always just beyond your grasp, but which, if you will sit down quietly, may alight upon you.” ~Nathaniel Hawthorne

4 thoughts on “Migration of the Mariposa Monarca”