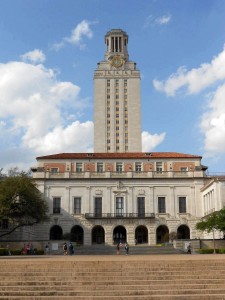 I graduated from UT in 1979, and hadn’t been back to walk the campus since.   After being back in Austin  for two weeks now,  reminiscing the cool vibe that perpetuates the “Keep Austin Weird” campaign, I ask myself why I ever left?  But I am reminded by the Doctorate of Philosophy who is my server at the neighborhood brew pub.

I took the day off to go back to the campus and explore my old haunts.  Since I went everywhere on a bike back then, it seemed only fitting that I should return by bike.  Only back in the late 70’s, I just rode down Lamar Street, now one of the busiest north south thoroughfares in Austin.   And with a lot less effort I might add!  Thankfully, there is now a bike path all the way from Town Lake, across the broad and beautiful pedestrian bridge, alongside Shoal Creek all the way to 23rd Street, where I lived for two years after having escaped dorm life.  Lots of places to stop and rest, blaming it on “creek crossings.” 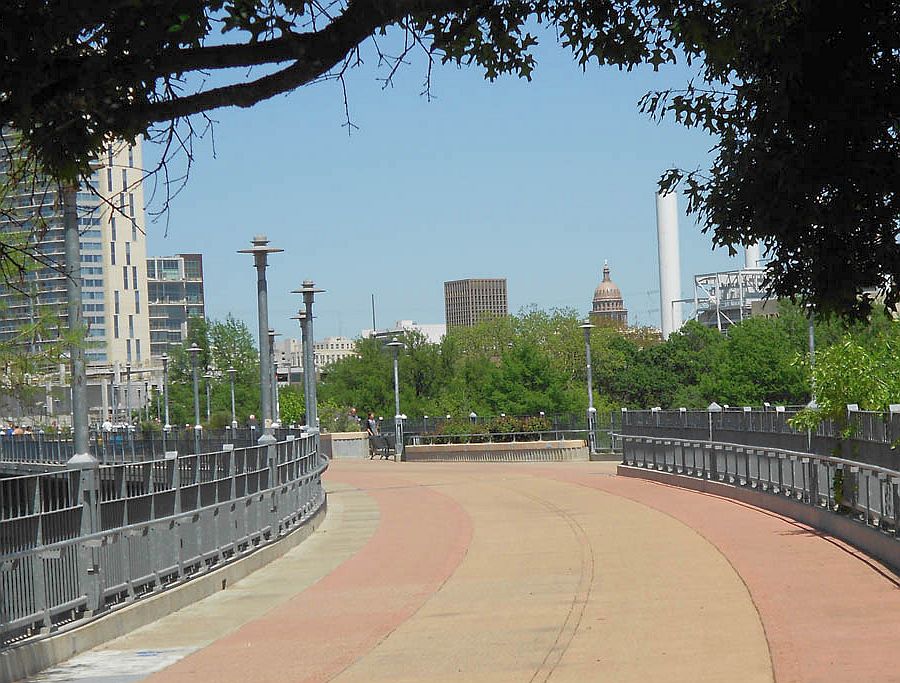 I wanted to wander the halls of all my old classrooms, not for the sights as much as the smells.   Nothing like the sweet aroma of formaldehyde in the morning to bring me right back to the Experimental Science lab.  The musty smell of tightly bound pages to remind me of the main library, where I pulled way too many “all nighters” woefully unprepared for my final exams, (which still invades my dream space 35 years later…waking up in a cold sweat that it is final semester and I just realized there is a class I have forgotten to attend, leaving me short of enough credits to graduate.  Does everybody have that dream, or is it just me?)

The visit to the campus brought on a flood of emotions.  First of all, it is now overrun by KIDS!   Young, clean shaven, scrubbed, flip-flop wearing adolescents, now protesting drone strikes where the “great unwashed hippies” once stood in fringed suede boots, sporting peace symbols, tie dye, and black armbands in protest of the Vietnam War. 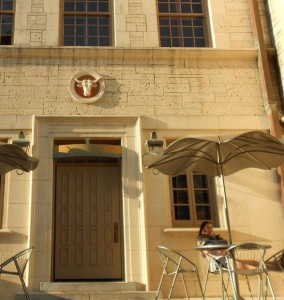 The Student Union is now a Fast Food court, with Chick-fil-A, Wendy’s and Taco Bell where there were once institutionally bland burgers.   And seems there is a Starbucks on every corner.  Funny to consider that Starbucks was really a “coffee” shop back then…one lone Seattle storefront. 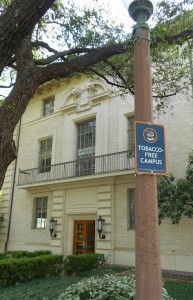 Another sign of the times is an entire “smoke free” campus.  So gone are those big bold, preachy posters in every classroom and every doorway stating “You have no right to foul the air that I breathe.”

And my beloved library?   Now a computer study center.  Gone are the books, the maps, the periodicals, all replaced by comfortable couches and workstations streaming screaming wifi.   There is even an Apple Store inside now, in case you forgot your USB adaptor or earbuds. 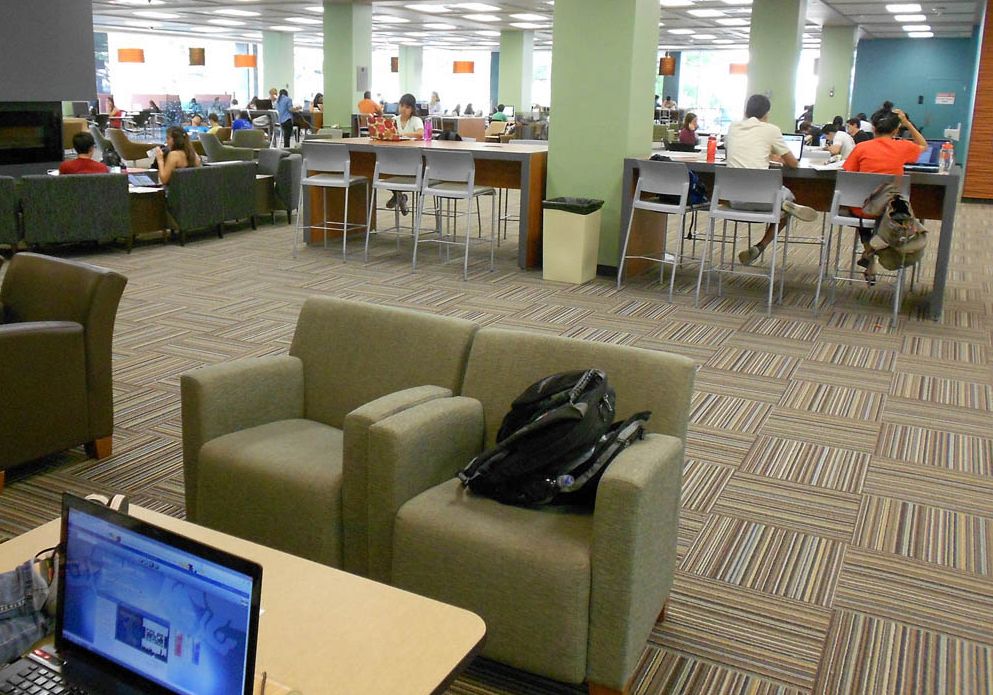 What was once “The Library”

It is quite a realization of years gone by to sit in one of the chairs in the corner and look out over the varied personal computing devices, from the smart phones, ipads and tablets and laptops, and realize none of this existed the last time I sat in that corner.   I had to resist the temptation to ask any one of them if they knew what it was like to write a term paper without the internet, when  I realized I had become my Dad, walking five miles to school in the snow. 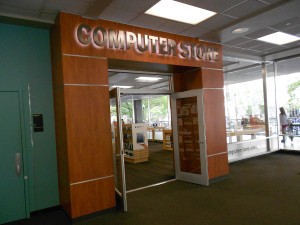 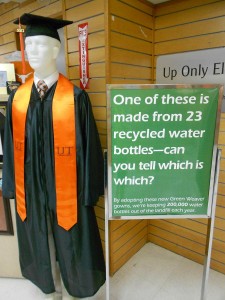 We recycled our caps and gowns the old fashioned way…we rented them.  I am can’t even recall…did we have plastic “water bottles” back then?

But the personal landmark I most wanted to visit was the building where I spent the most time, back then known as the “Home Economics” building.  My degree was in Nutrition, so this is the site of all the Food Science labs.  I am happy to say the name has changed, but that’s about it.  Thankfully shedding the stigma of “Home Ec,” it is now known as “Human Ecology.” 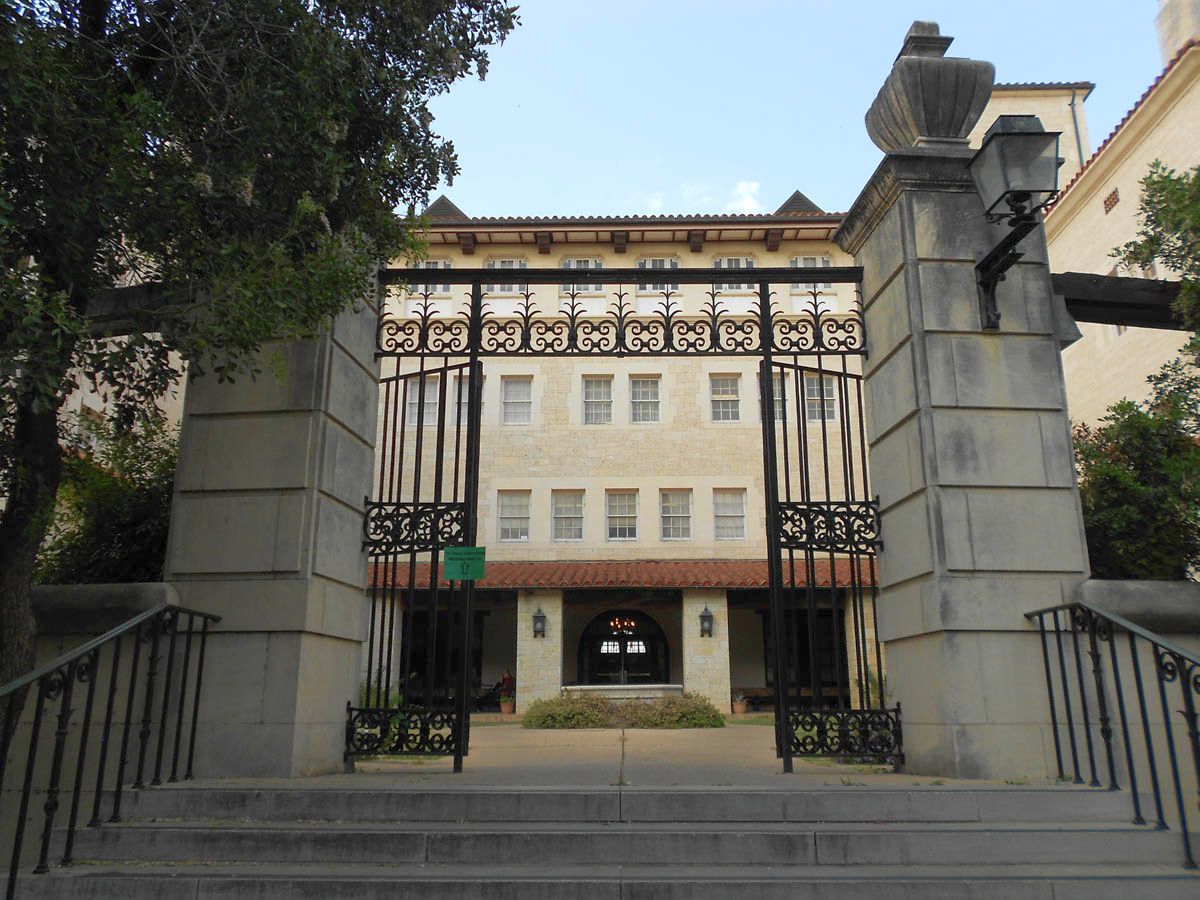 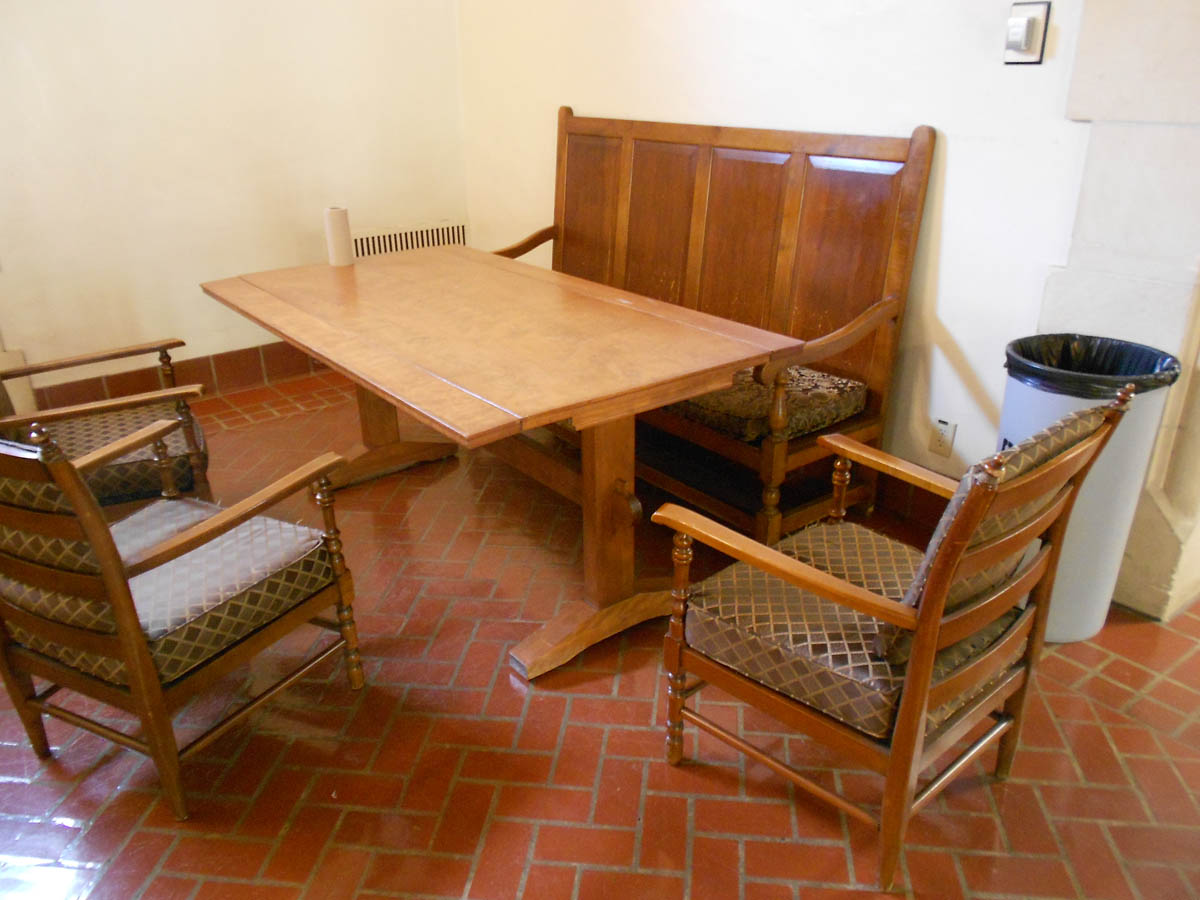 In spite of the new upgraded Food Science lab that can now run through a cycle of institutional tableware in under two minutes, everything else is pretty much just the way it was when I walked out in 1979.  The shine on the terrazzo tiled floor, the musty smells from the 1937 original furniture, and the biggest surprise of all, the Department Head of Nutrition, still there behind her desk like “Weekend at Bernies!”   I stuck my head in to say hello.  She said, “I think I remember you” to which I responded, “Oh, please don’t try!”    I can still recall the look of horror on her face when during my graduate counseling session, I announced I wanted to go work for the airline and “see the world.” 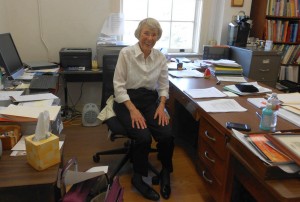 As I wandered dreamily across the main mall, caught in a 40 year time warp, I was immediately brought back to the present when I saw a young woman coming my way carrying a hula-hoop.  No mistaking that smiling face!  It was Ayo, fellow blogger from Our Take on Freedom!   I felt a little like a stalker, as told her how much I had enjoyed following her blog for the past two years.

Funny to revisit a place so prominent in my life and run into two familiar faces – one from my misspent youth, and another from my “second childhood,” of living the gypsy life!  No regrets from either decade.   As Jimmy Buffett would sing, “Some of it’s magic and some of it’s tragic, but I had a good life all the way.”