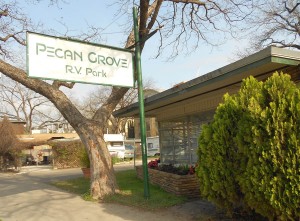 Let me just say that I love every kooky, quirky aspect of this little RV park, and there are plenty of ’em to like.  I am afraid having this be my first “full time” destination is going to rank right up there with getting my SCUBA certification in Cozumel…it will forever be the standard by which other RV parks are measured.

It feels like a throwback to a 1950’s trailer park with vintage airstreams, antique flamingos from a variety of decades, and obsure yard art.  I keep expecting to see Lucy and Ethel come strolling down the lane at any minute. 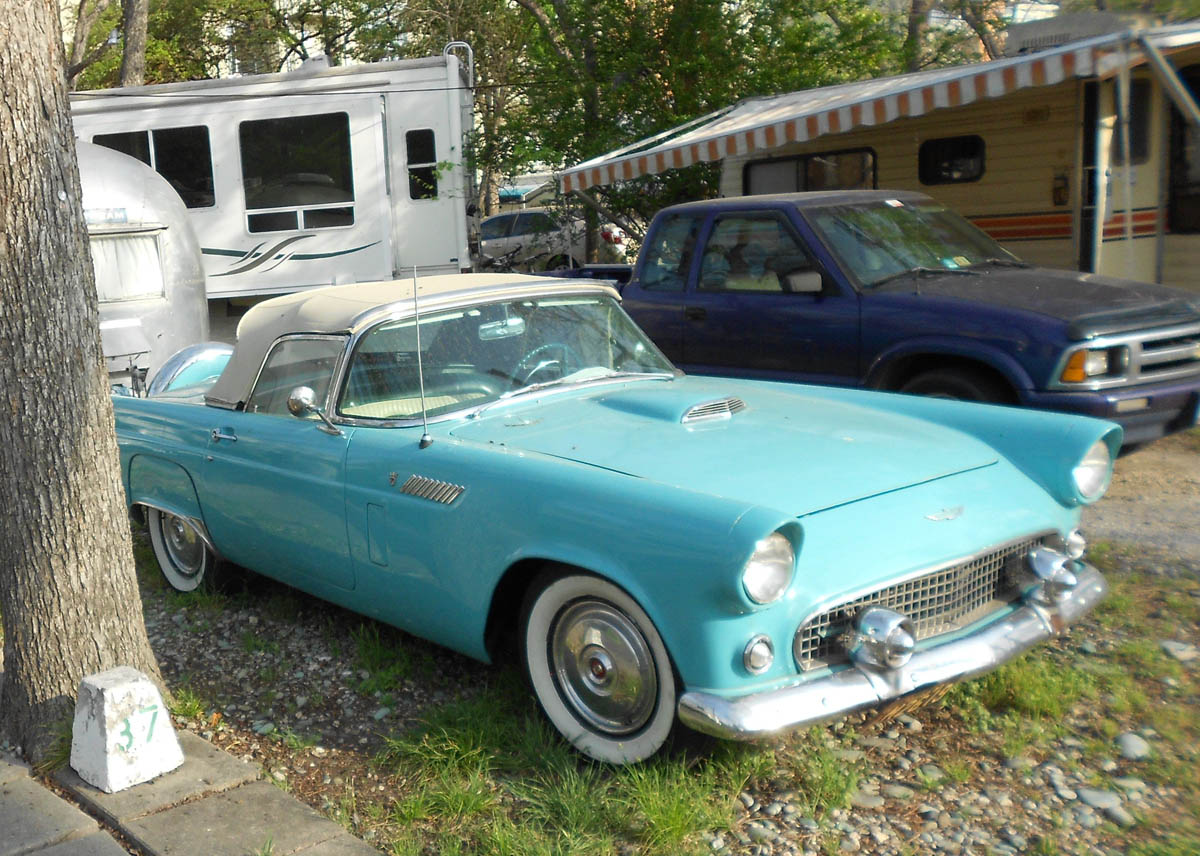 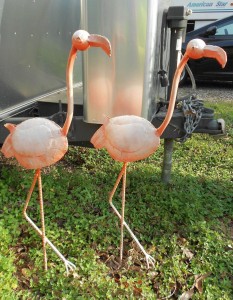 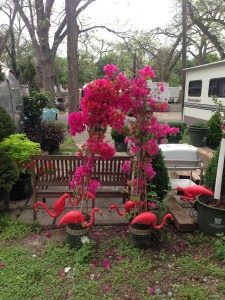 They have a reservation system to match the 50’s era too.  They book up months in advance, take no waiting lists, no email confirmations, and no plastic for guarantee. So making an advance reservation can be a real test of faith. 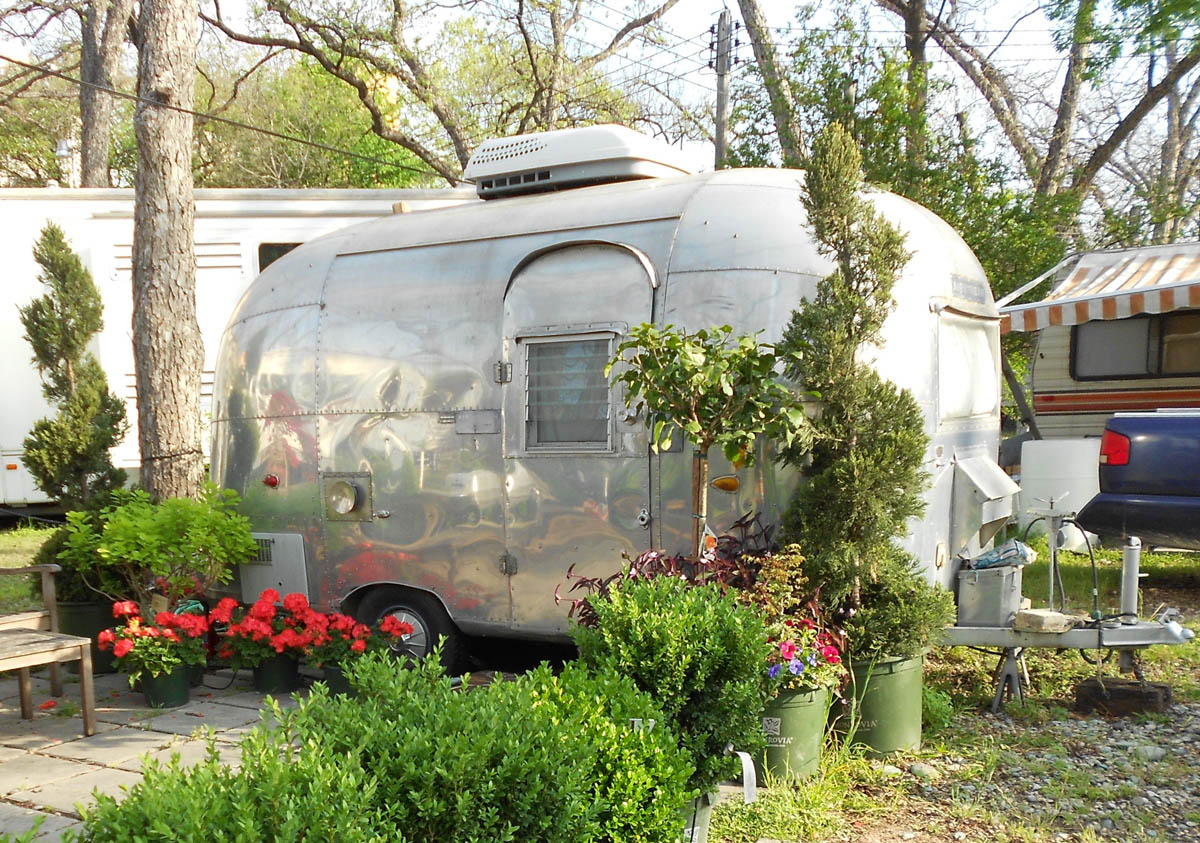 There are over 60 sites in the park, but only 10 of them are for “transients” like me.  In my tenacious attempts to get a reservation, I had a mental image of a large paper pad with names crossed out and erased over every space, including mine.  This was accurate, but just barely.  I booked my reservation months ago, yet when I called the week before my trip to see if a space had opened up for the preceding weekend, the man said “I don’t see you down here.”  After I jump-started my heart again, I began to describe the person who took the reservation, and eventually, he said “Oh, there you are.”   It took a while to stop my knees from wobbling.  Who knew the rush of adrenaline could also come in the form of extreme disappointment?  Thankfully all ended well, as I got a nice space for the weekend, without having to move again, and the added bonus of a sewer hookup! 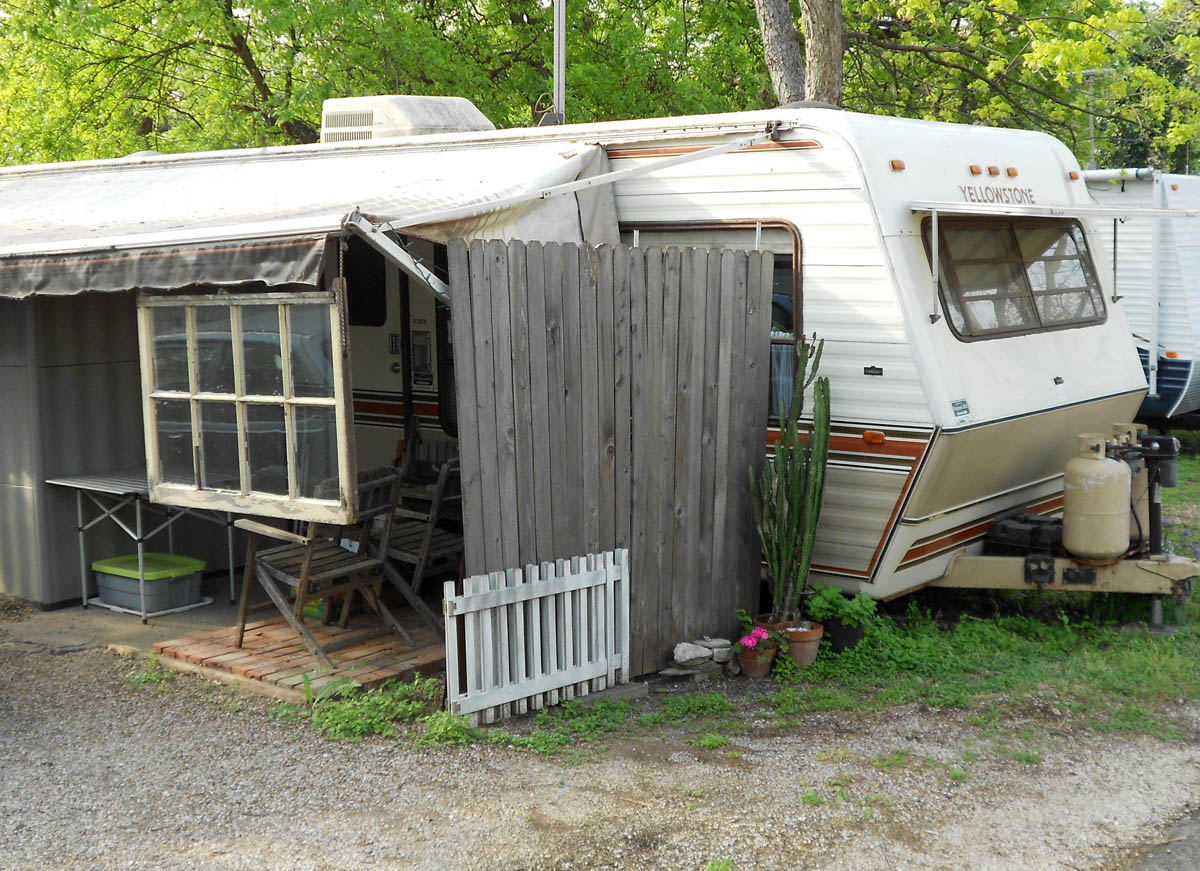 The public bathhouse also appears to have the original decor as well — at least the original “out of season halloween decorations,” if you get my drift.   But if you don’t mind a few cobwebs, dust, and smog on the windows, the water pressure and hot water can’t be beat. 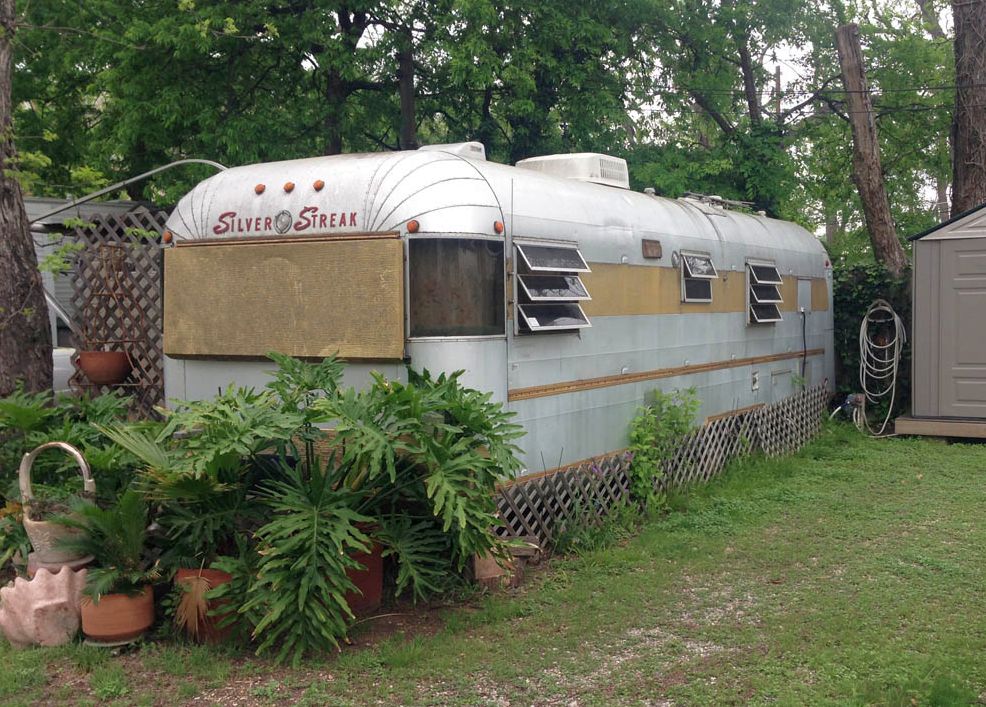 But as I mentioned, this is not your average “trailer park”, as several of the local residents treat it as their downtown “pied-a-tere.”   Permanent spots are next to impossible to land.  I get a sense one would have more luck trying for a rent-controlled apartment in Manhattan. 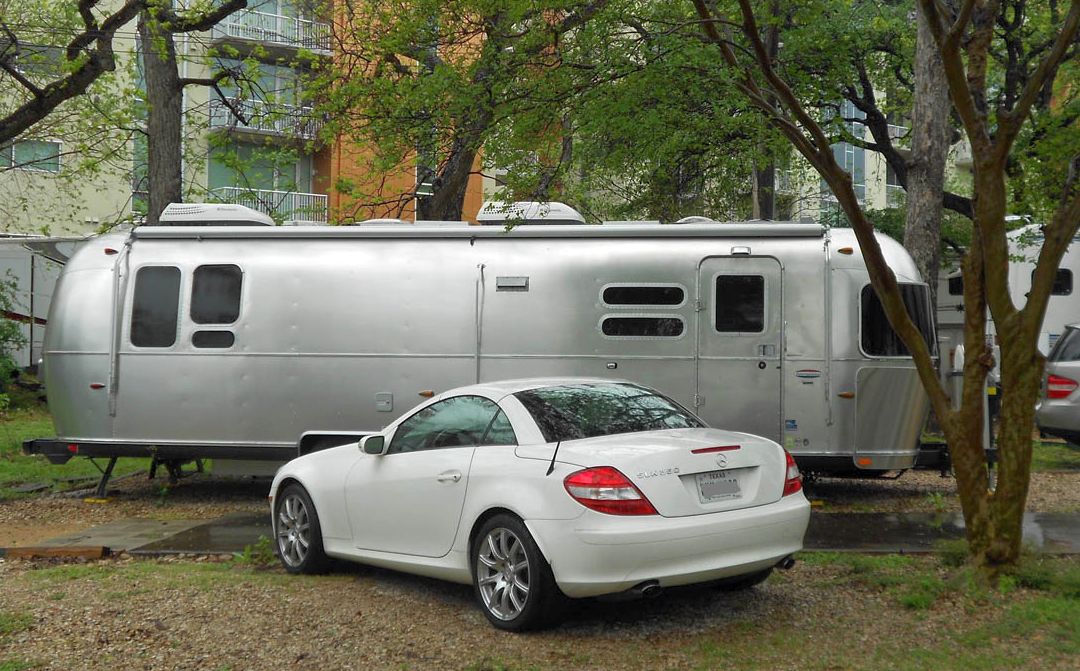 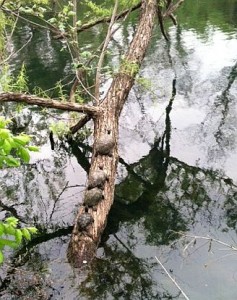 But by far, the park would have to slide quite a few notches down to make the location not worth it.   Right outside my doorway lies one of the most extensive, rider-friendly bike paths I have experienced, complete with a modern, wide hike and bike path spanning Town Lake, aka the Colorado River.  The trails are beautiful, offering the serenity of nature, views of the river, and even a little wildlife.  😉

There are at least six bike shops within a stones throw.  I took advantage of the location to have my 12 year old bike serviced across the street.  Having discovered a missing clip from my helmet strap, they offered “Just take one of ours.  Keep it as long as you need it, just bring it back when you get yours fixed.”

So, if I haven’t said enough about the location yet, let me mention the six renowned restaurants all lined up in the same block, from the famous Green Mesquite BBQ, to Shady Grove massive outdoor patio, to Chuy’s “Cadillac Nacho Bar” at happy hour.  And if I am feeling guilty for all the others, there is a juice bar across the street offering smoothies with everything from kale to chia seeds to “hemp protein.” But the one that offers the greatest temptation is Uncle Billy’s Brew Pub, literally right over the fence from my rig.  I could climb my ladder and cross the fence if there was one on the other side.   Problem is, I might not make it back over! 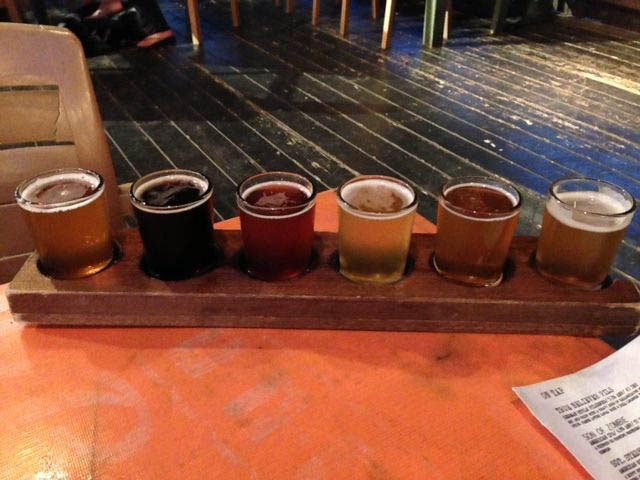 Also within a 15 minute stroll across the river are all kinds of shops — Whole Earth Provisions, REI, a Starbucks and bookstore, and the largest Whole Foods Store I have ever seen in my liiihfe!!! A seafood bar, a trattoria, a wine bar, and an entire refrigerated room with local brews! 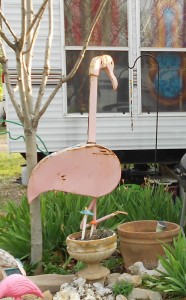 I find it ironic, though that I somehow landed in the “loner’s section.”  Did they see me coming?  I am along the fence near the street in a very quiet section.  I went over to visit fellow bloggers Monica, Derek, and Zoe, I discovered a much more active area of the park, more “communal” in feel.

Just after having been here 10 days, the little park has already changed dramatically as rigs big and small, expensive and modest come and go.  It is a beehive of activity.  And the huge pecan trees for which the park is named are already turning it into quite a  GREEN grove! 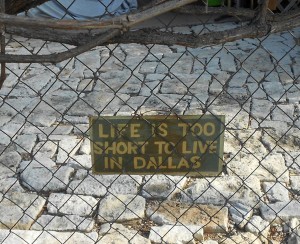 4 thoughts on “Groovin’ in the Grove”