Chincoteague is a big island with a small town atmosphere.   Too big to walk end to end, but still manageable enough to get anywhere you want by bike.  Much more subdued than the Outer Banks with no pretentious golf carts recklessly roaming the streets.  There are plenty of artists and local bookstores in the town to offset the T-shirts, trinkets, and miniature golf courses. 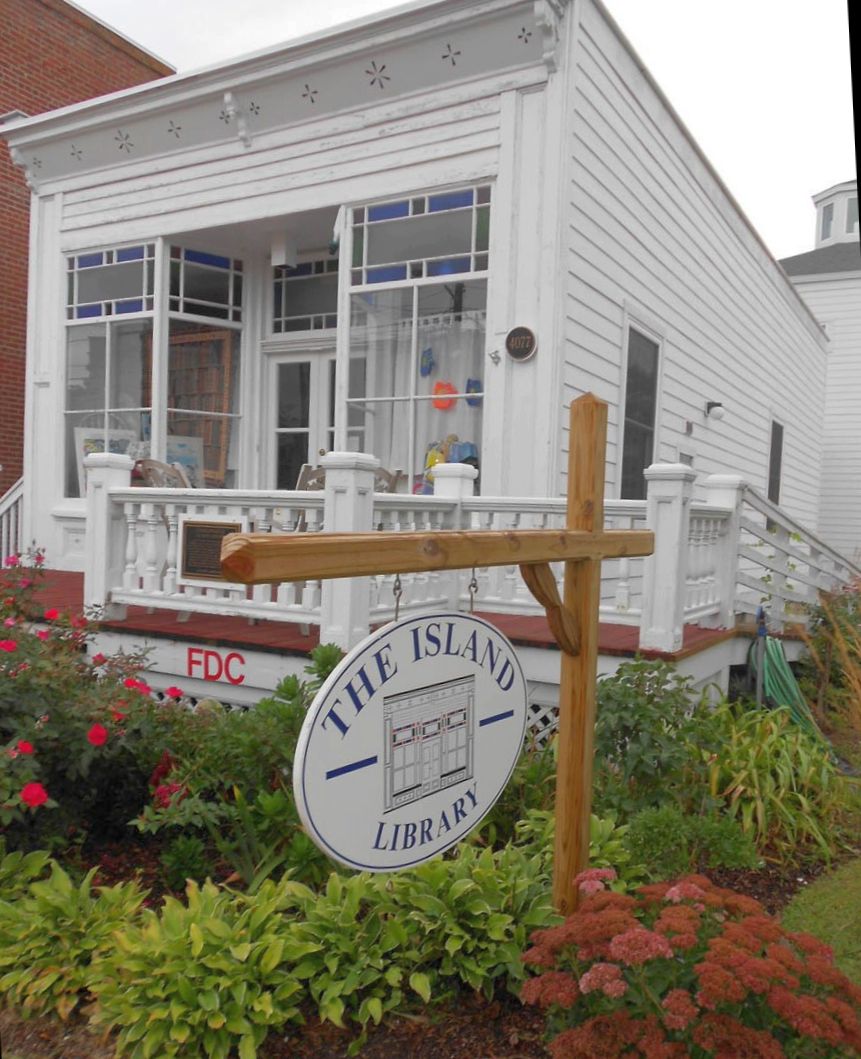 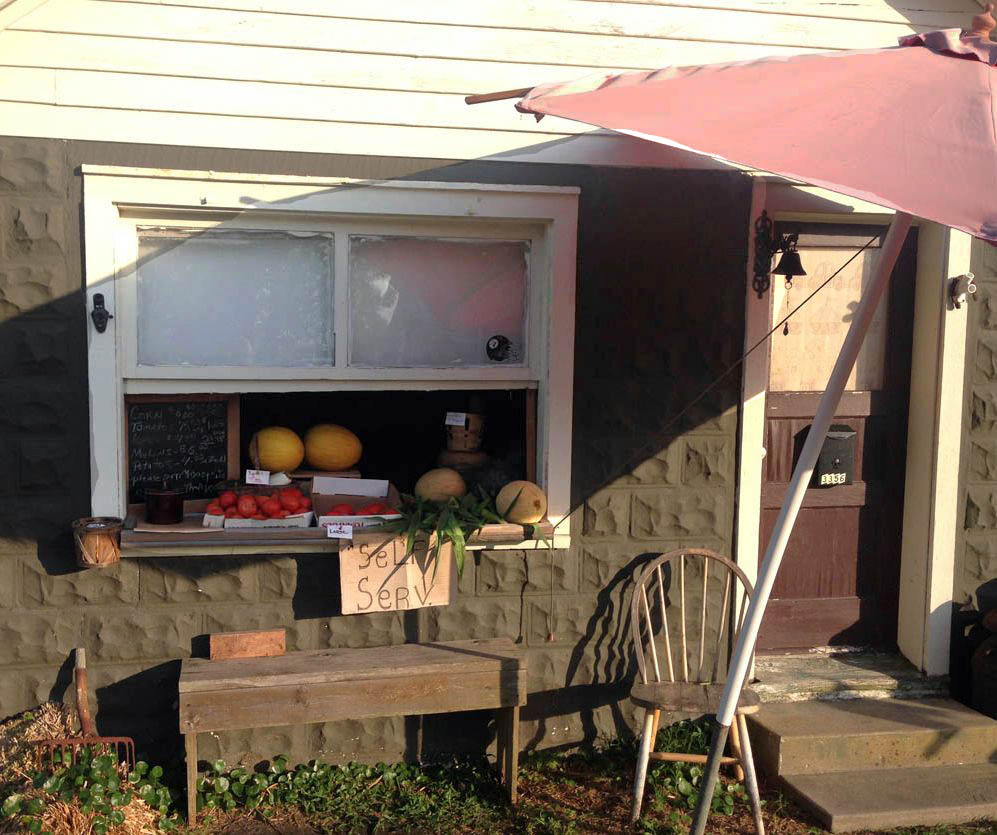 Tomatoes, corn, cantaloupe are all local, “Self Serve.” 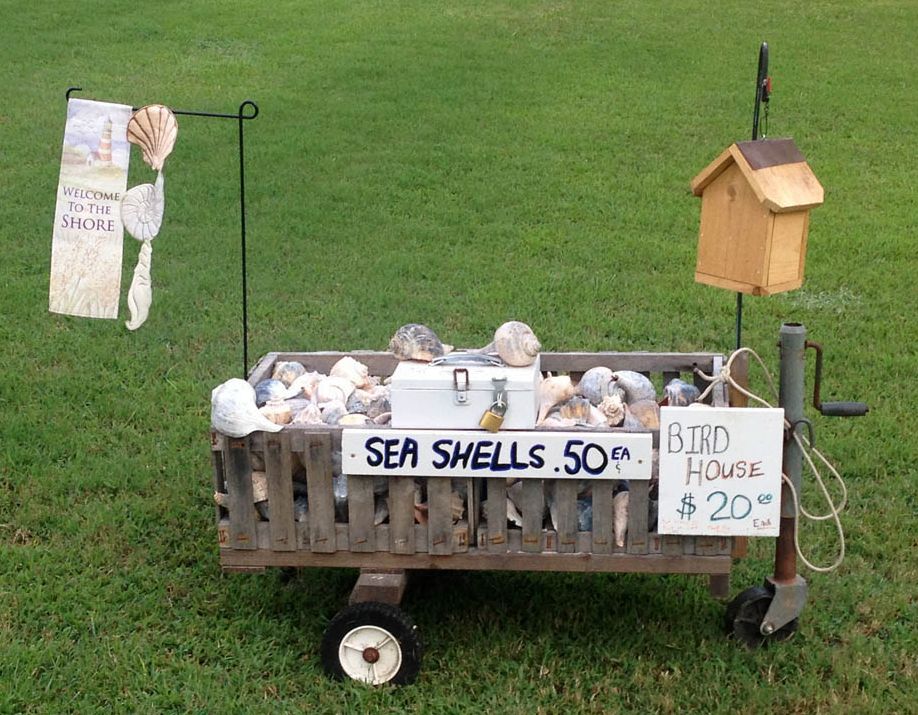 I came to Chincoteague on recommendation from a guy I met at the Winnie Rally in Asheville last June.  He raved about the place, particularly Tom’s Cove Campground.  Prior to that, I had never heard of Chincoteague before.    Since he spoke so highly of the campground, I didn’t do much research beforehand, but just sent in my non-refundable deposit to hold my space, and figured I would sort it out when I got here. 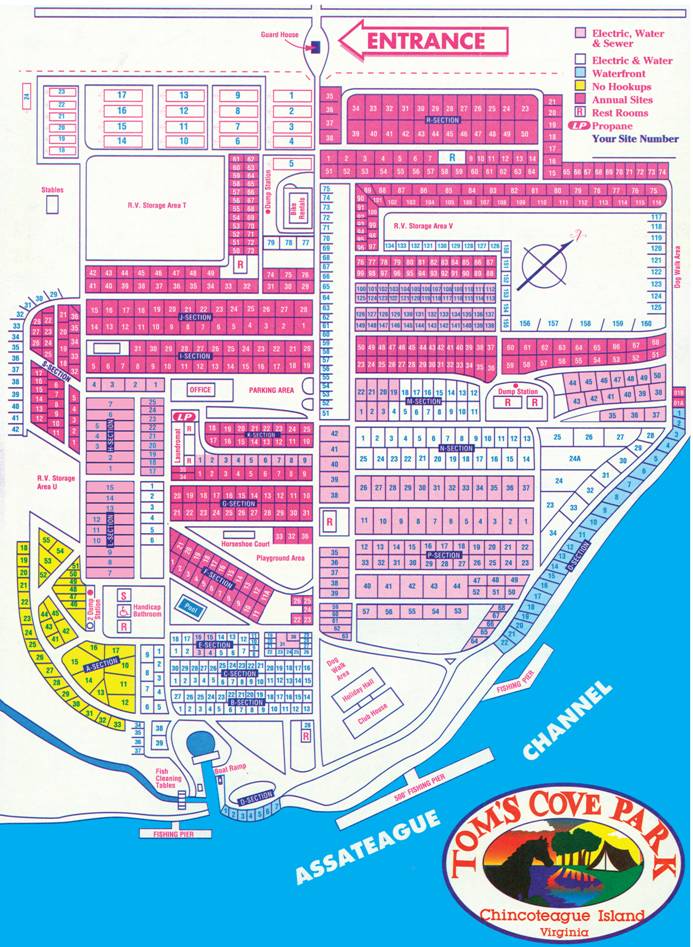 When I saw the campground map, I almost passed out.   My worst nightmare.    Thankfully, my willingness to forgo the sewer hookups saved me a lot more than $2 per night.    The campground was surrounded on all sides by a solid wall of RVs, but no one wanted to join me in middle where there were no sewer hook-ups.   It ended up being a nice quiet place, a bit “retro,” kinda like the RV version of a Poconos summer camp, with giant clubhouse complete with juke box and a dance floor. 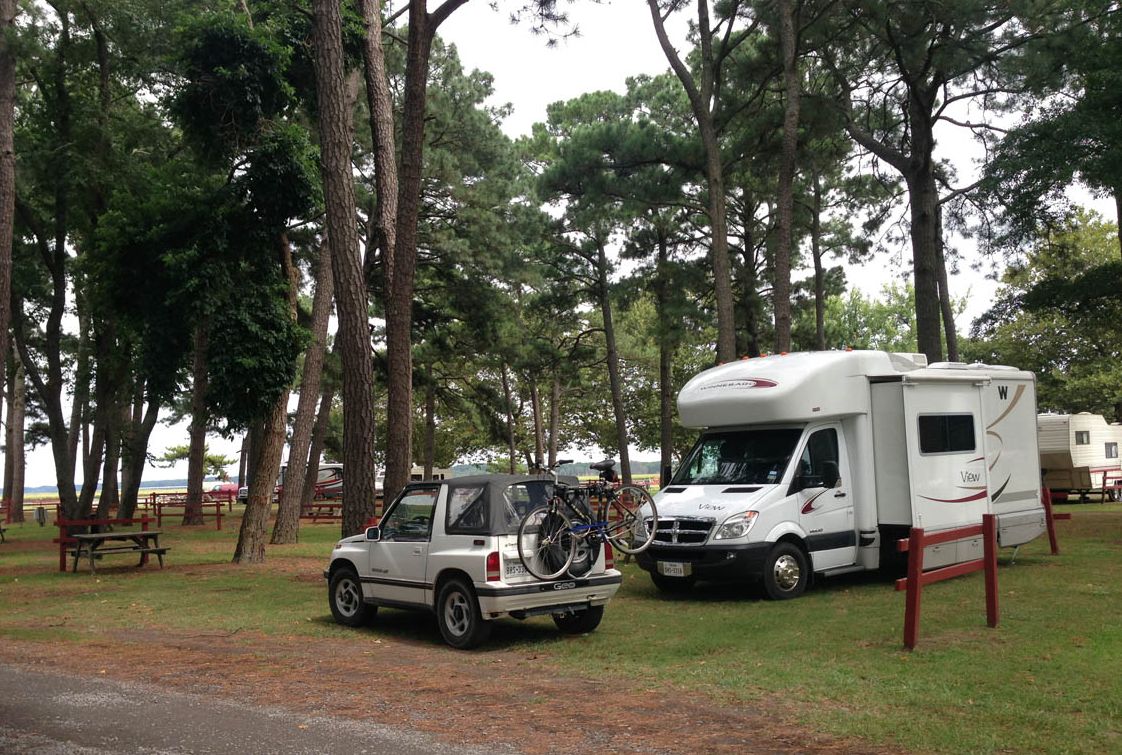 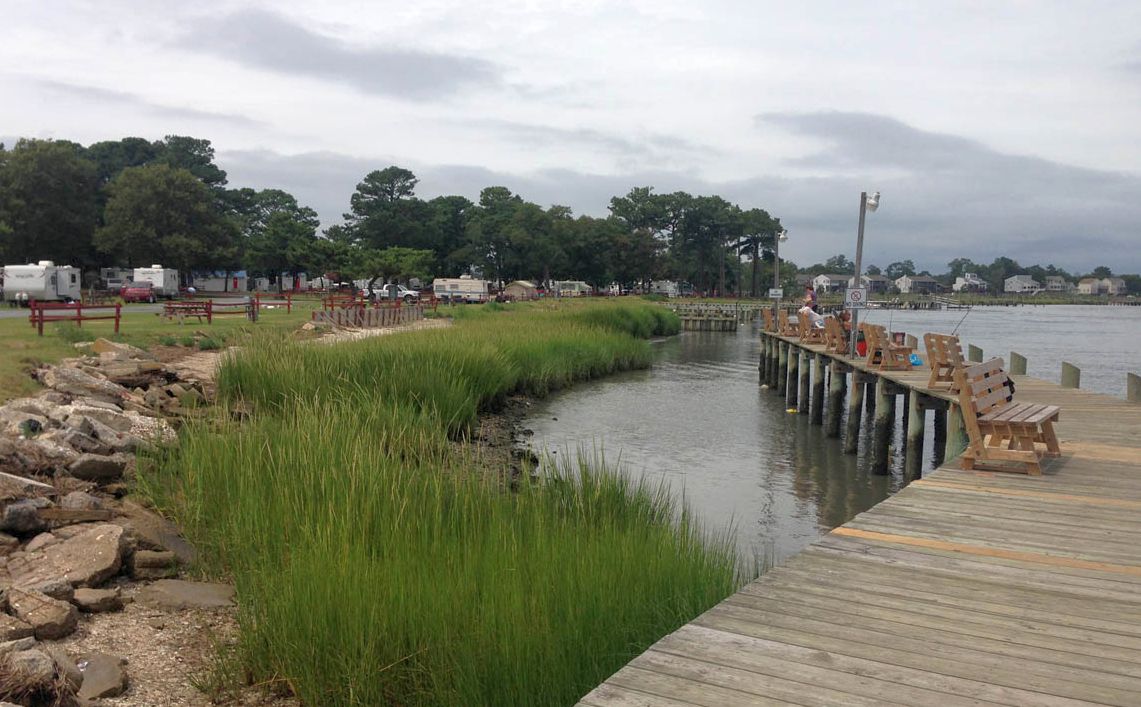 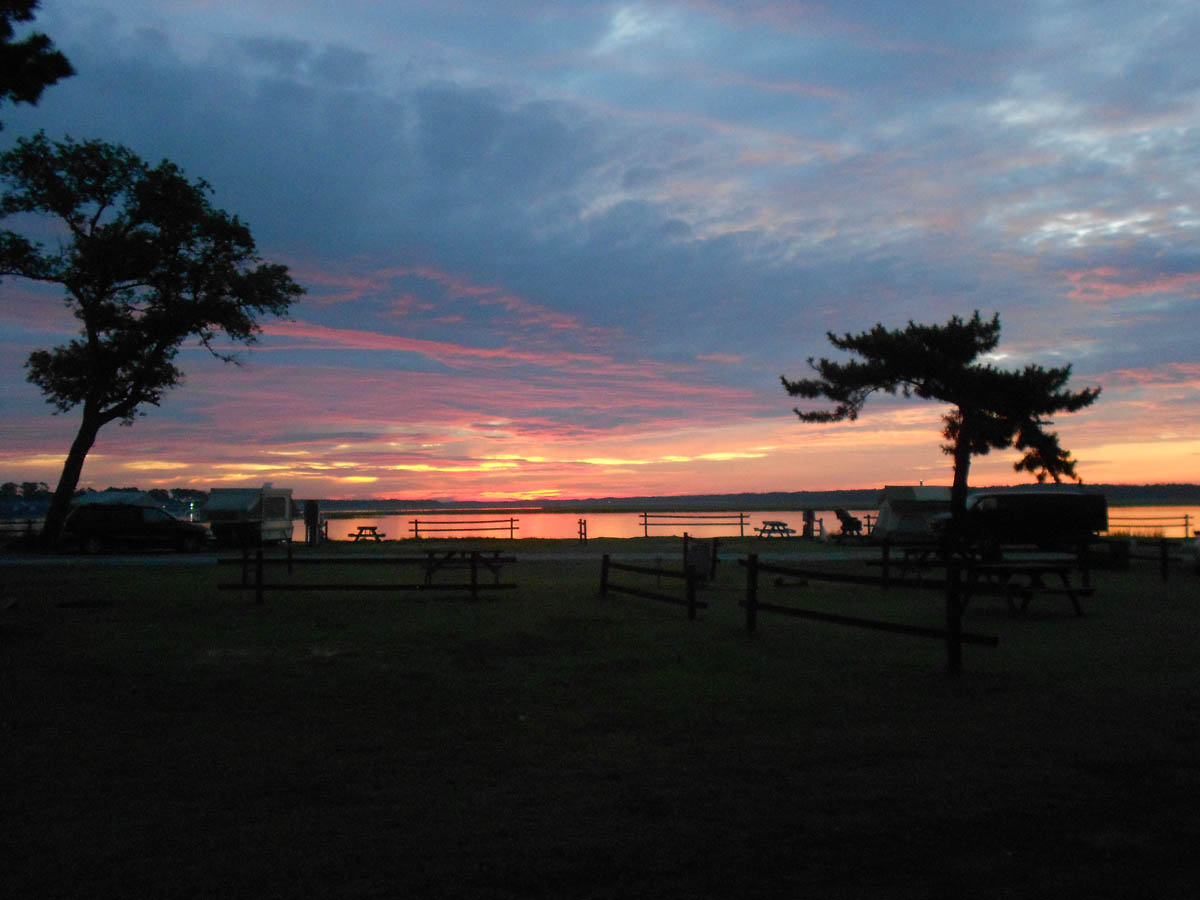 Sunrise in the Cove, (A rare sighting for me!)

As it turns out, a starlet by the name of “Misty” put Chincoteague on the map.   In 1947, “Misty of Chincoteague,” a children’s book was written and later made into a movie in 1961.  Never heard of either.  But the town is full of memorabilia…old copies of the book, posters, DVD copies, and even pony rides on “Misty III,” a horse billed as a descendant of Misty.     Misty and her foal Stormy are preserved in the local museum.   Forget the seafood, the fishing, the boating and biking.  It’s all about the ponies here.    Pony yard art, tee shirts, business names like “The Purple Pony,” street names like “Pony Lane.” 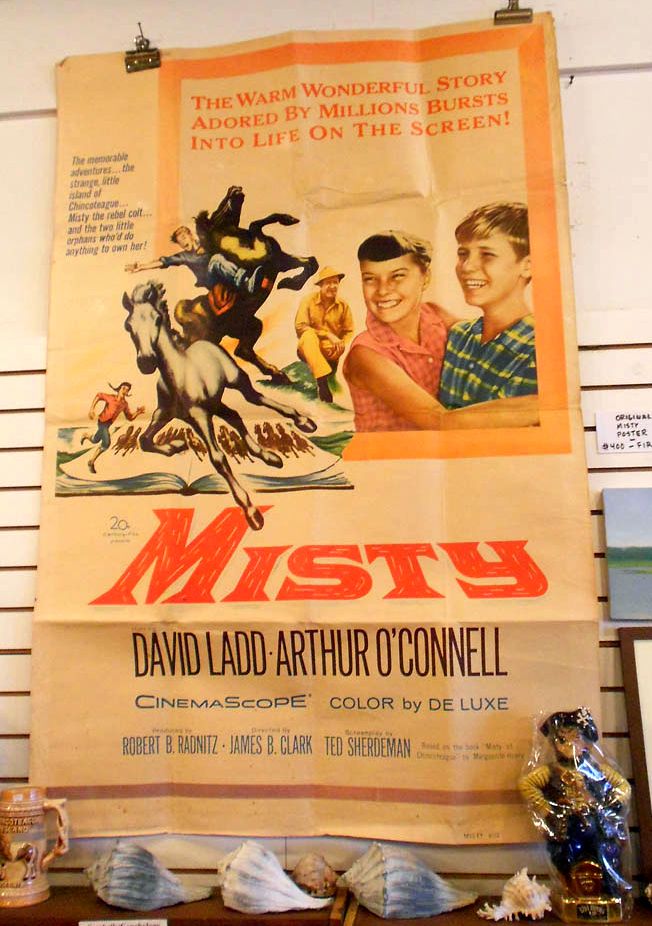 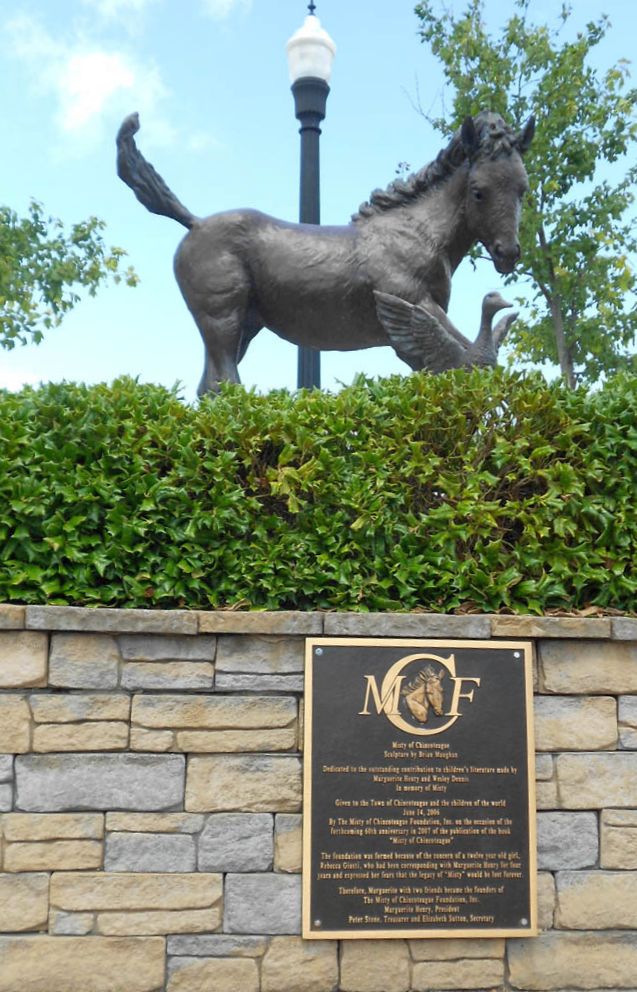 The main attraction takes place the last Wednesday of July (gee, I just missed it) when a bunch of “Saltwater Cowboys” (no cowgirls allowed!) round up 150 horses from the Wildlife Refuge, and drive them to swim the channel to the delight of 40,000 tourists.   The first foal to reach the shore is crowned “winner” (winner of captivity?) and gets named “King (or Queen) Neptune” at the carnival, then raffled off to support the Volunteer Fire Department.  They separate approximately 60 to 80 foals to sell at auction, then swim the Mom’s back without their babies. 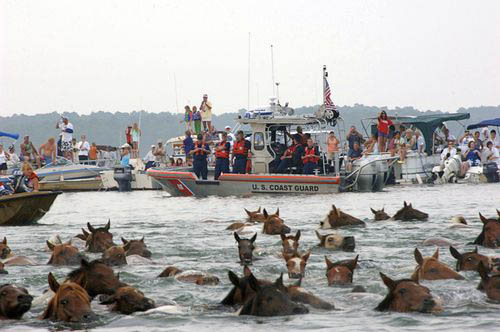 Check out those eyes! (Not my photo)

I am trying not to be the kill joy here, but this seems somewhat cruel and exploitative.   I guess it is a cultural thing….tough for me to celebrate captivity of any living thing.  They justify it by saying it keeps the numbers down, and maintains a sustainable herd in relation to food sources.   But the Maryland side of the island takes a much different approach.  Their herds are managed by the National Park Service, who controls the size of the herd through contraceptive vaccines.   Not forced swimming across a cove to attend a carnival.

The Chincoteague Wildlife Refuge is Chincoteague’s saving grace if you are not into fishing or shopping.   There is plenty to do just across a short bridge, which is actually the Virginia end of Assateague Island.    There is a nice network of hike and bike trails, several wildlife viewing platforms, kayaking in the marshes, a nice beach (if you brought your swimsuit!) 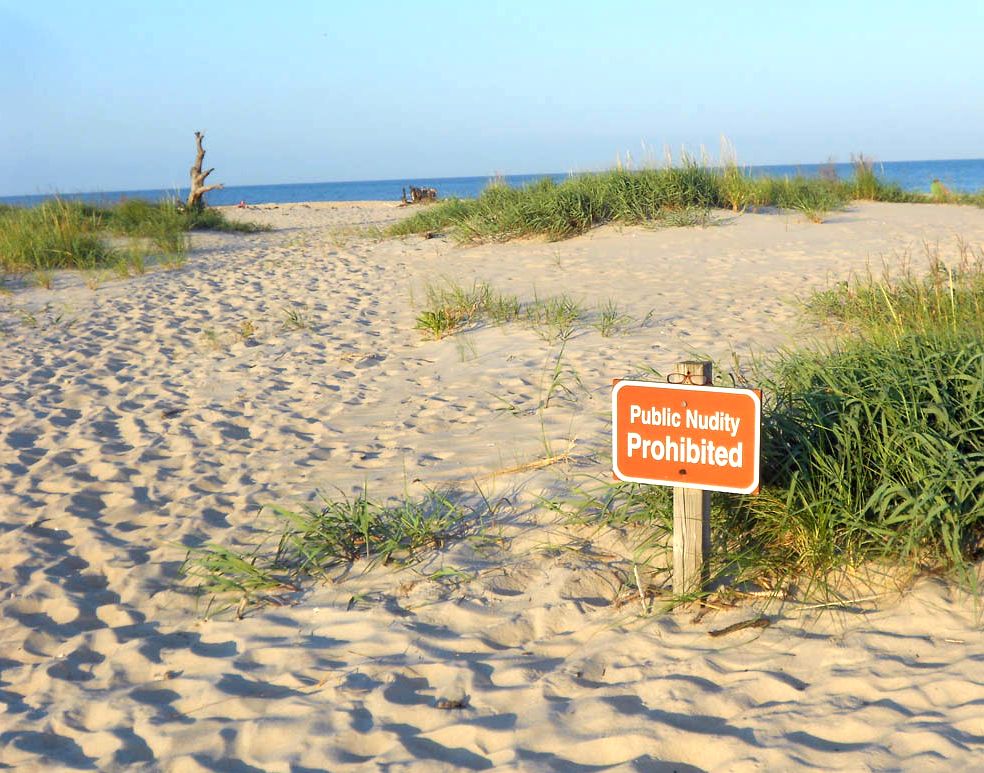 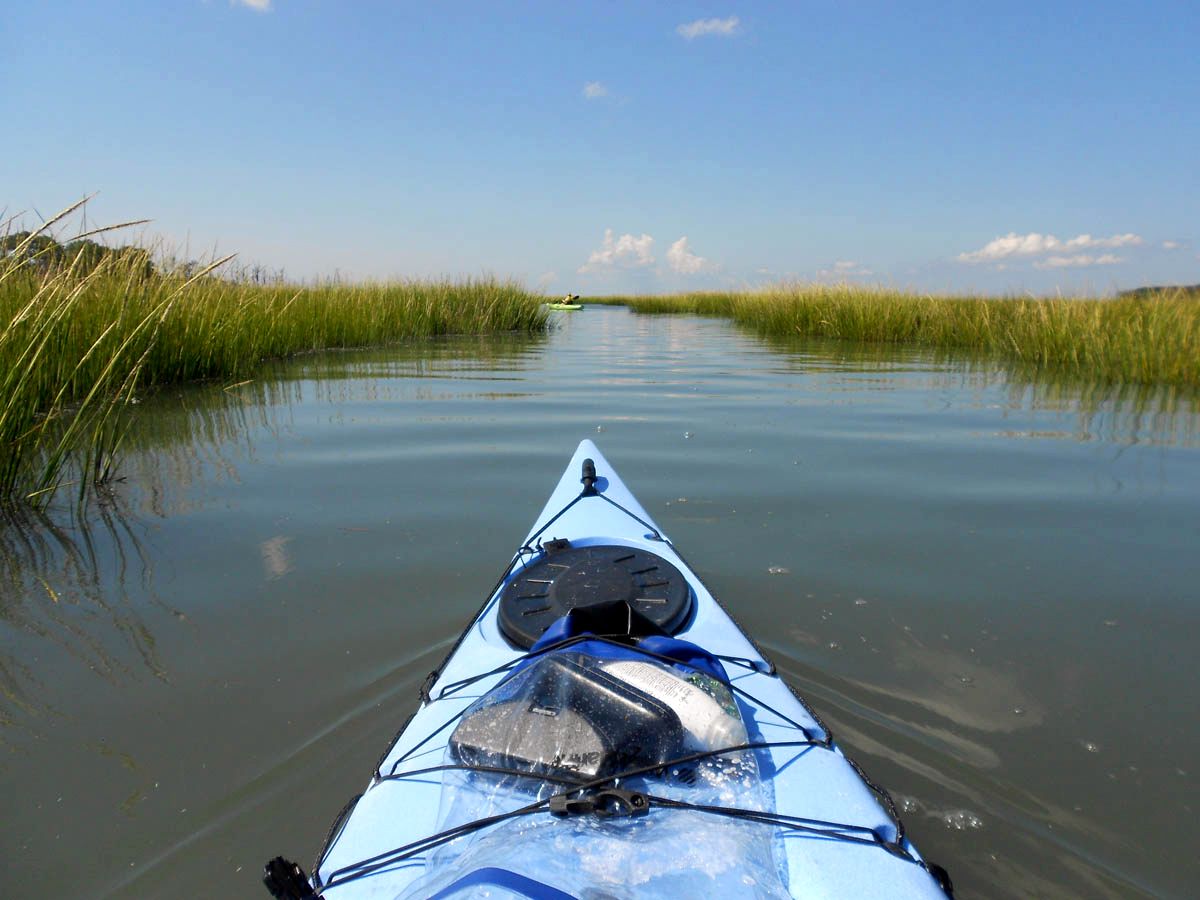 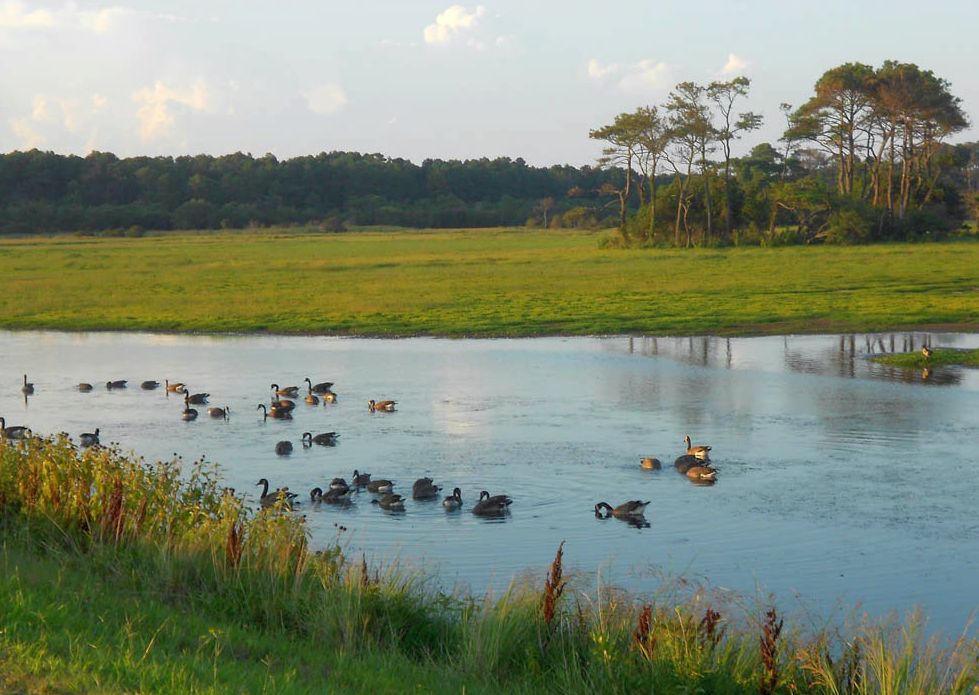 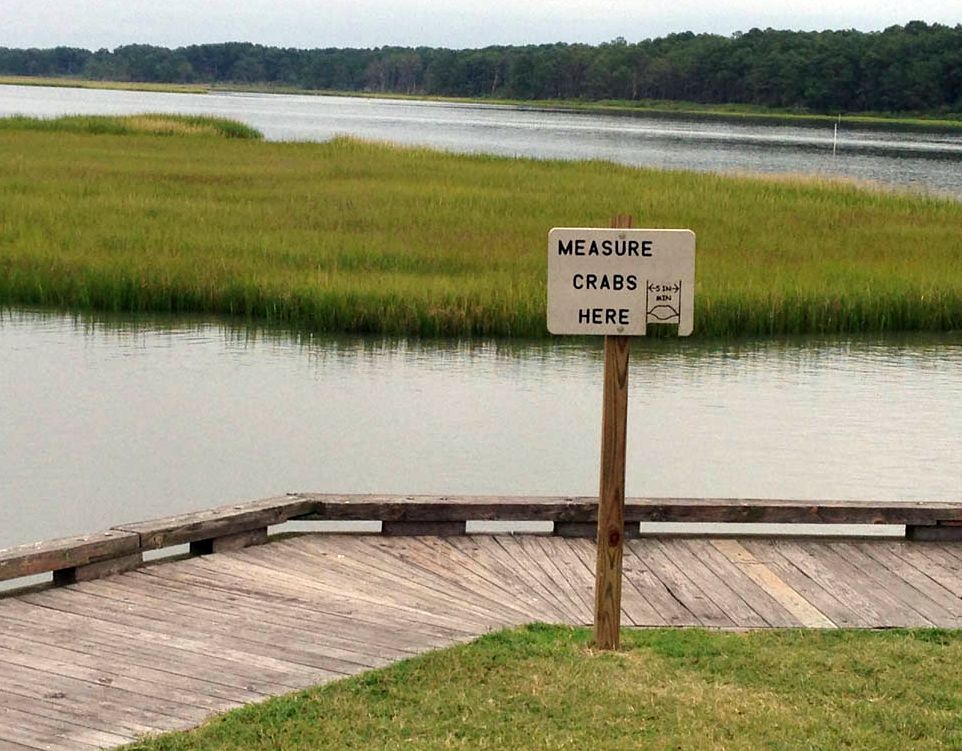 And yes, even a lighthouse! 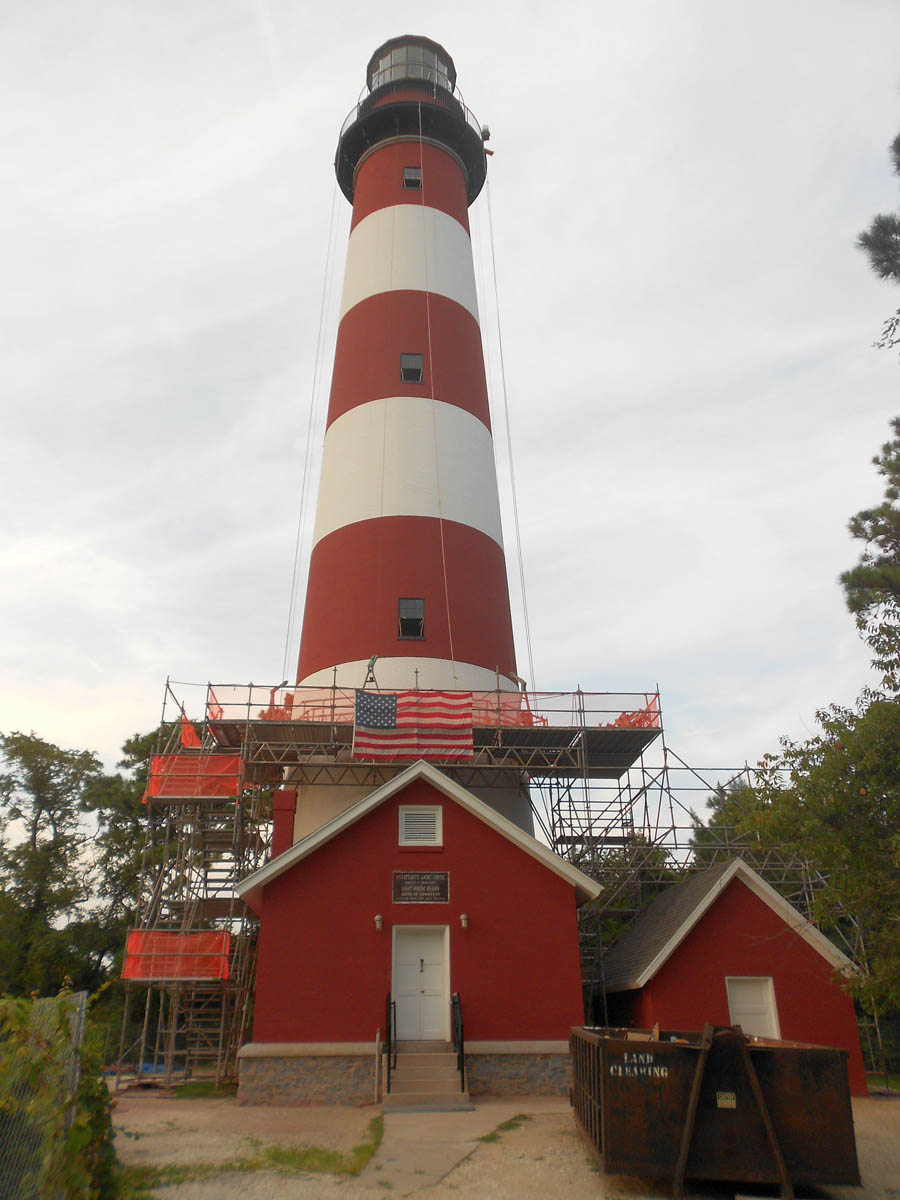 Assateague Light, Built 1833, (unfortunately under renovation, so no climbing)

And, oh yeah…..did I mention there were ponies? 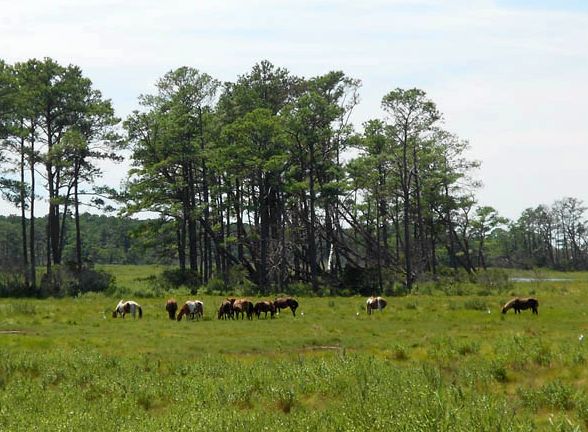 7 thoughts on “The “Misty” Mystique”