I woke up Friday morning in Ohiopyle State Park to a half an inch of snow on the picnic table.  SNOW???  Time to go! 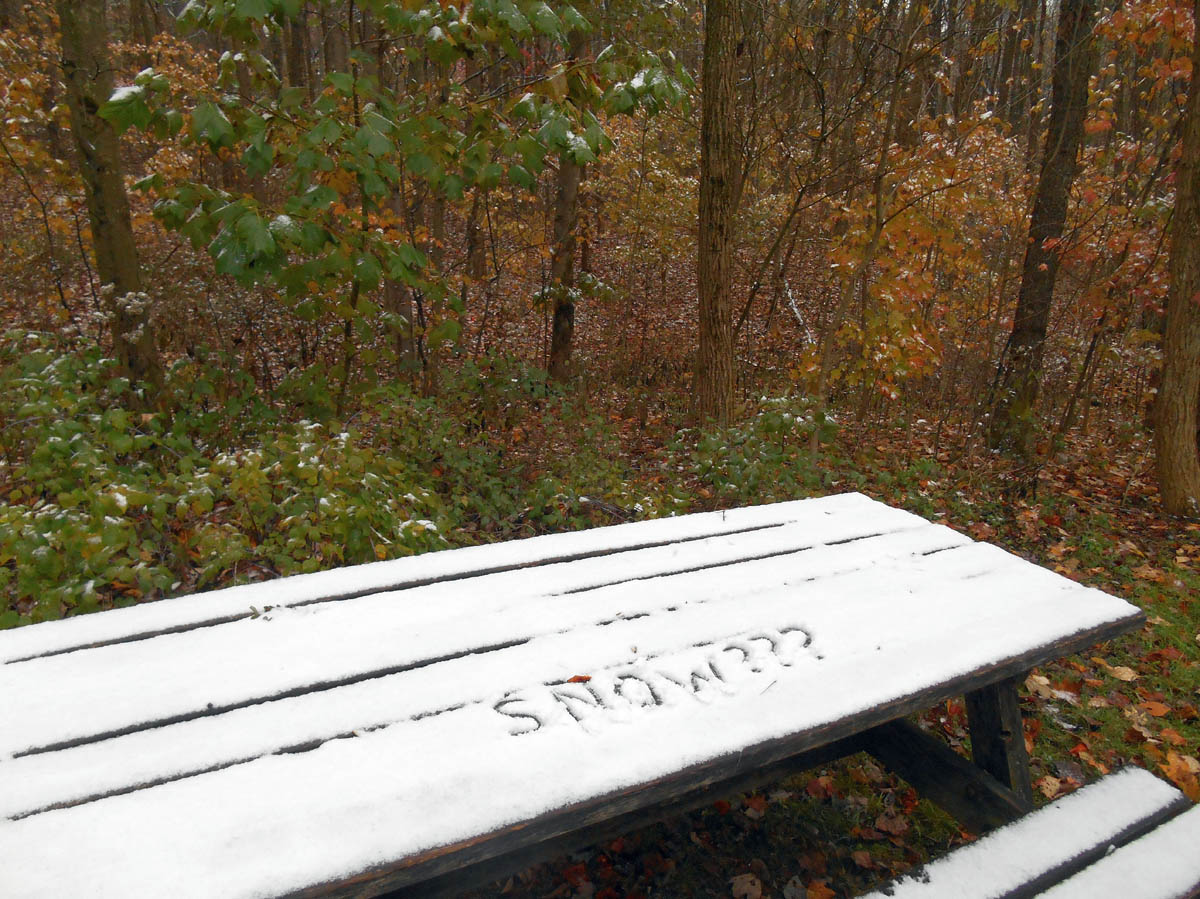 I had to laugh at myself, after all the years of making fun of Texans for letting out school early when the sky clouds over and the temperature drops below 40 degrees, yet here I was doing a “throw, stow, and go” faster than the flakes could stick to my windshield.     After all, I lived through “the snowiest winter in NYC history,” so I am not typically squeamish at the sight of a few flakes.  Unless I happen to be driving five tons of steel down a curvy 9% grade, two-lane road, that is…

So with the promise of more snow in the forecast, I cut out on my last night in Ohiopyle State Park, thinking the 2,000 ft decrease in elevation might also bring warmer temperatures.  But I didn’t realize the cold snap was as widespread as it was.

I decided to split the drive to Shenandoah National Park by overnighting at Camp Wally World in Cumberland, MD, and getting an early start into the park Saturday morning.  But with the predicted drop down to 28 degrees overnight, I was second guessing my strategy of giving up my electric cord prematurely.    I wasn’t worried about the propane supply, but rather the battery power required to run it in such cold temps.  But thankfully, I stayed warm through the night, and woke up to what has to be the nicest view I have ever seen from a Walmart parking lot! 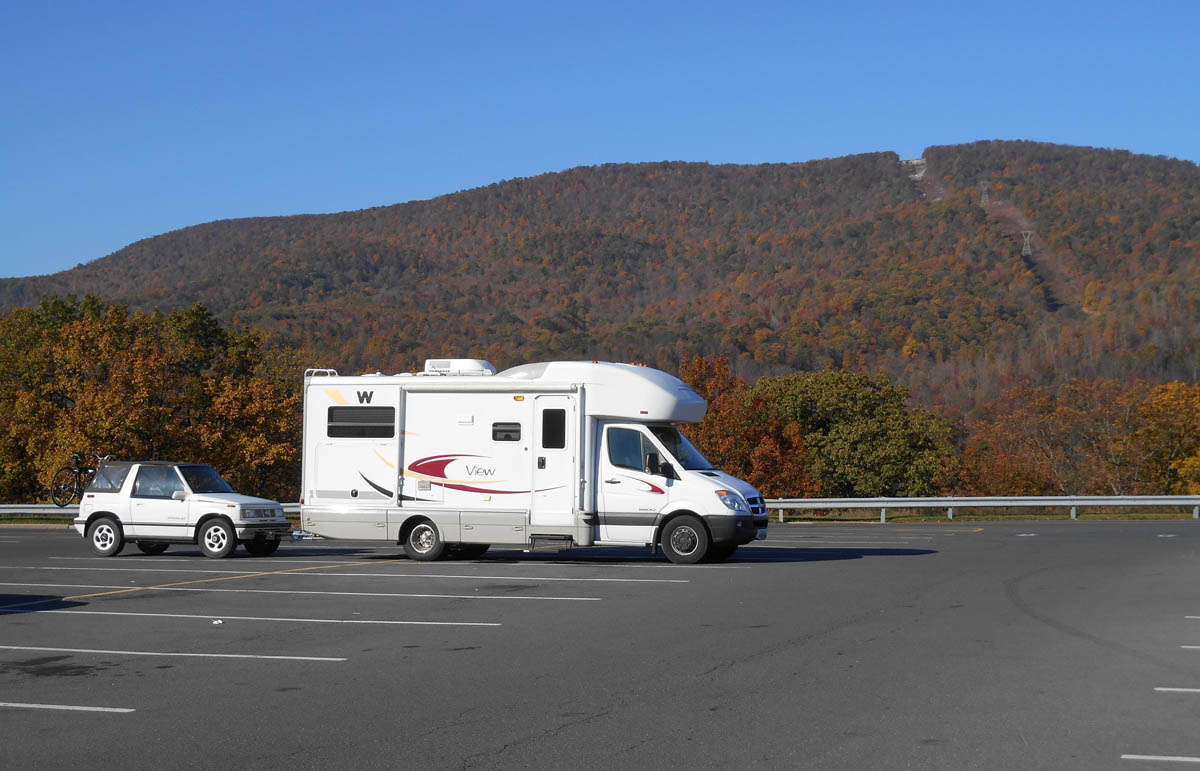 Now, as for my plan for an early arrival in Shenandoah National Park, well….. 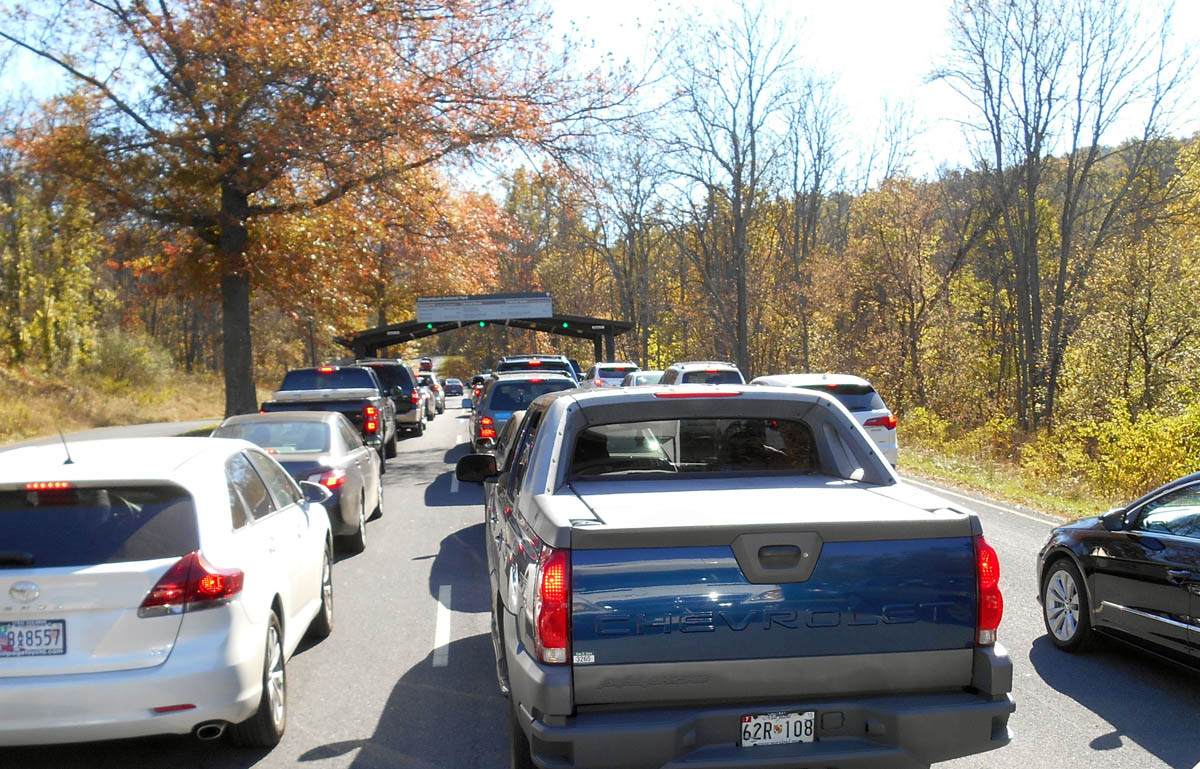 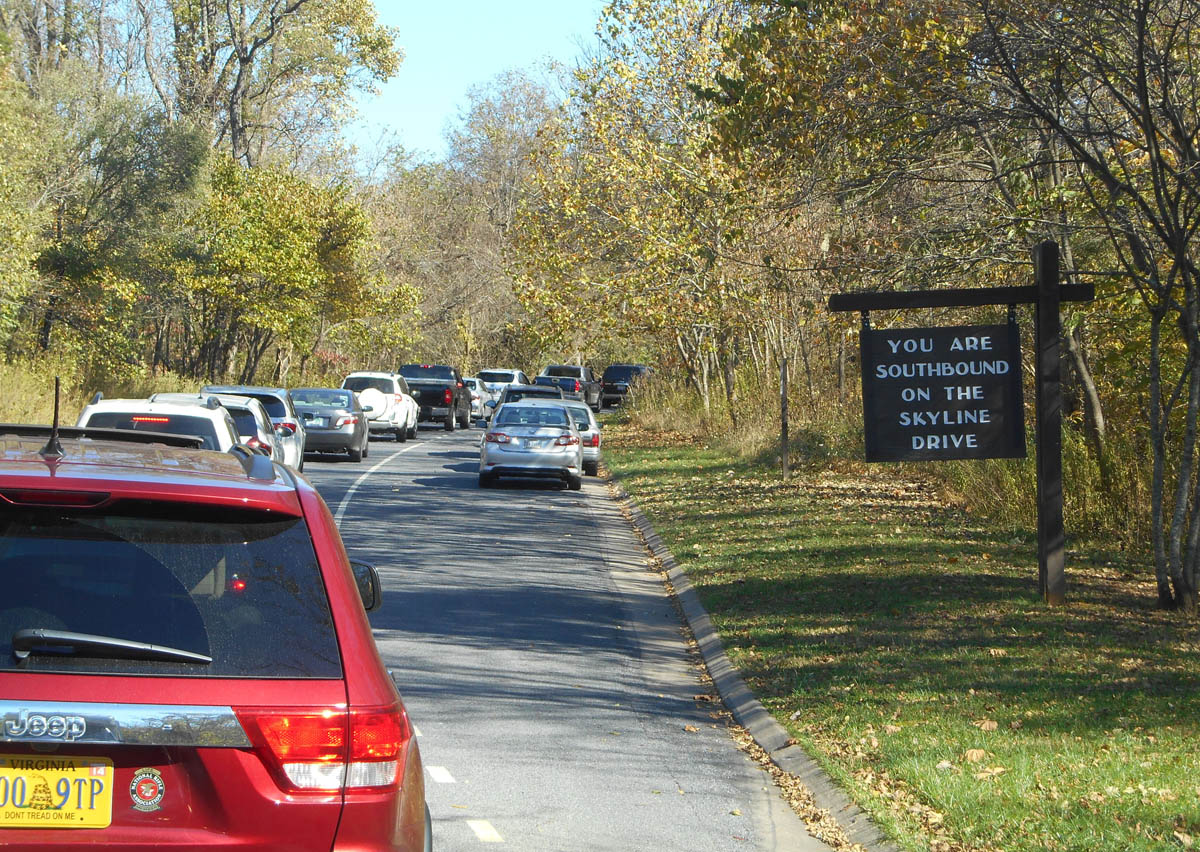