Just about a dozen miles west of the Little Rock city limits is Pinnacle Mountain State Park, named for the cone-shaped rock structure that juts up 1,000 feet from the river valley below. 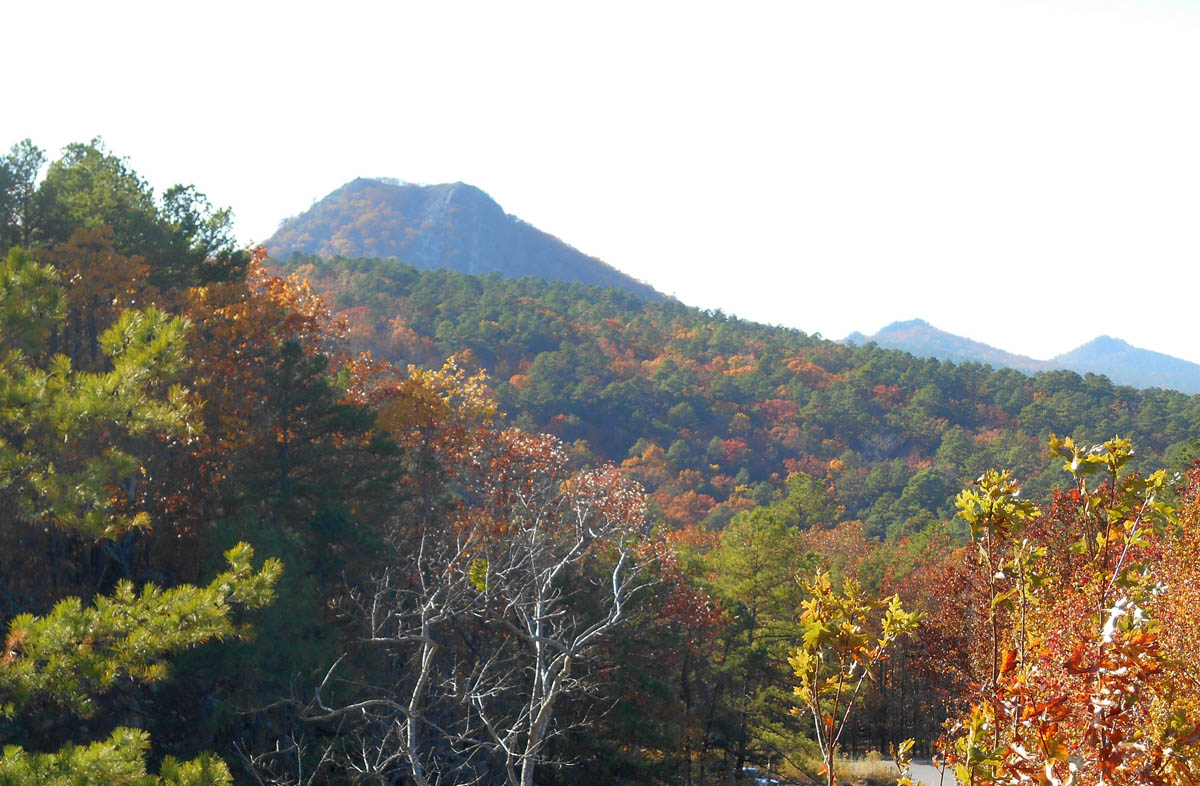 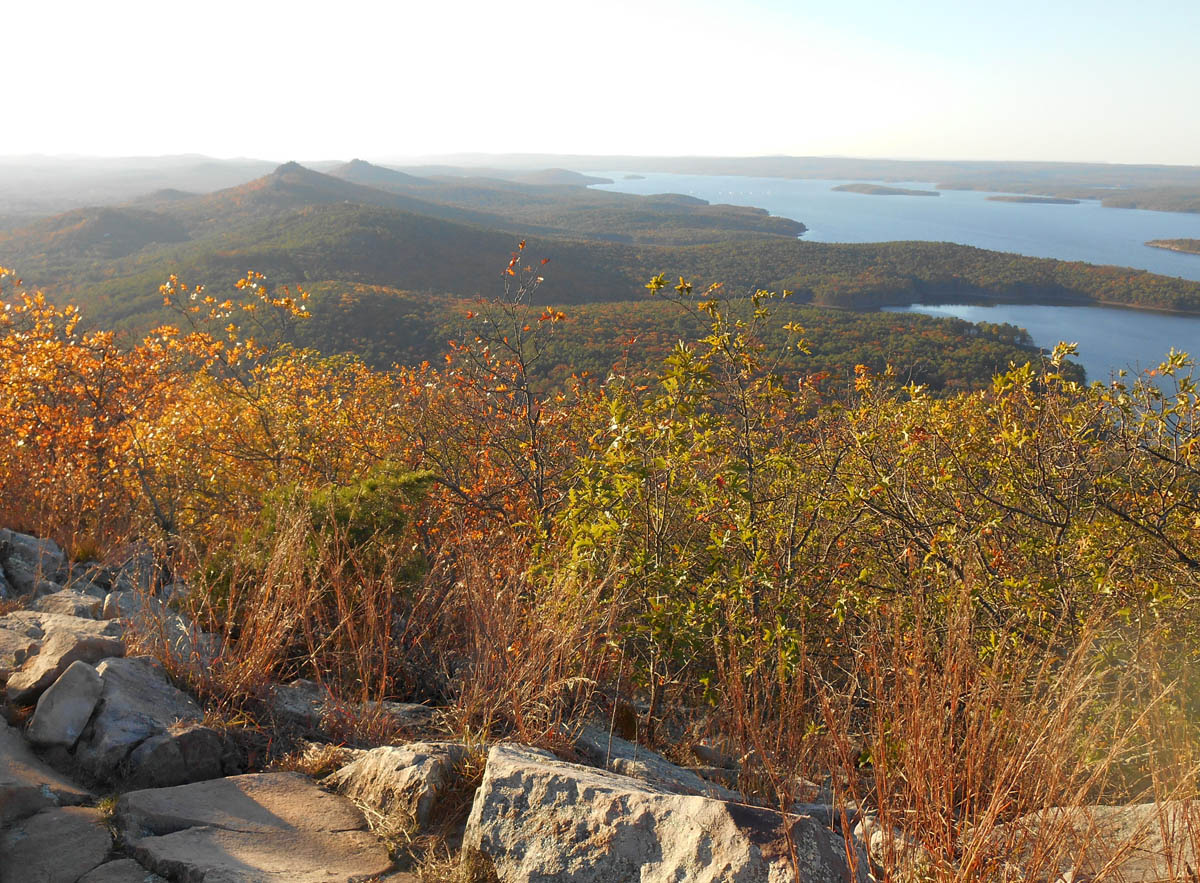 I visited the park on an atypical 80 degree Sunday, just before the forecast predicted the plummeting temperatures, so when I say “everybody and his dog” was out on the trail this day, I am not kidding.   But the nice Park Ranger said, “If you can only do one hike in the park, this should be it…there is a reason for the crowds.  The view is worth it.”    She also said, “But allow two hours!” to which I said, “For a ¾  mile trail??? ppssshaaawww!”    Meanwhile, I hadn’t exactly planned on a sunset hike! 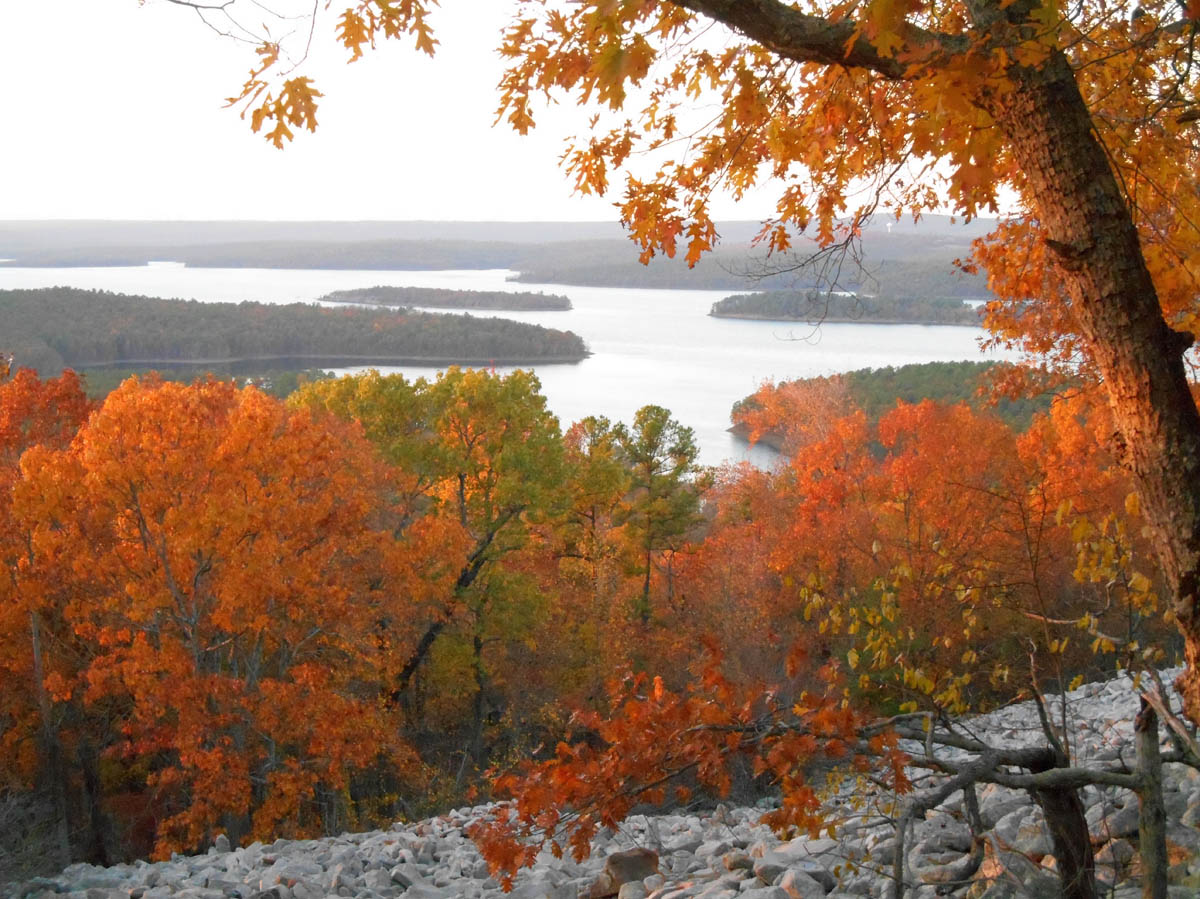 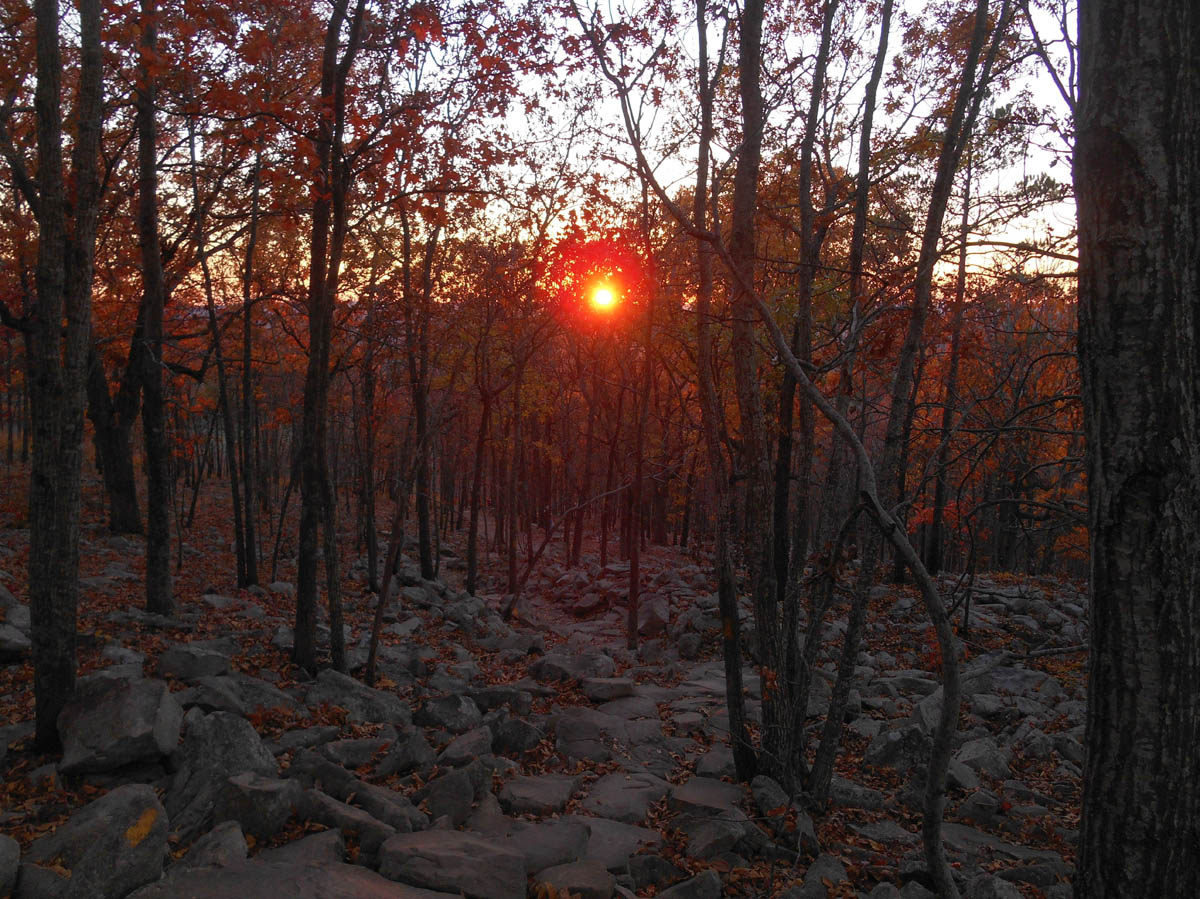 I sometimes gauge the difficulty of a trail by the “geezer factor.” Seeing people my own age along a trail can sometimes tell me more about the level of difficulty than trail ratings, a scale which I find varies dramatically from place to place. But I appeared to be at the top end of the “geezer meter” on this trail. At least on this particular Sunday, there was nothing but younger people. 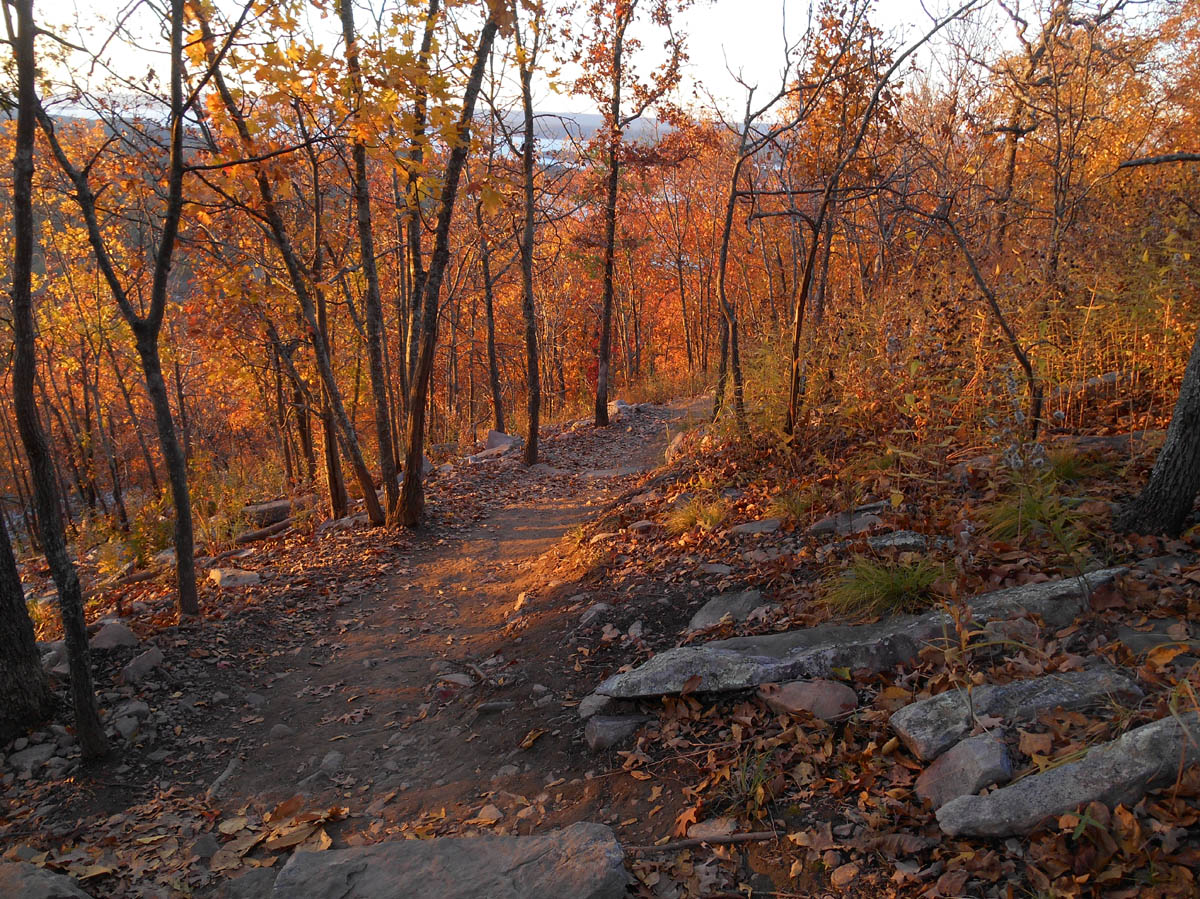 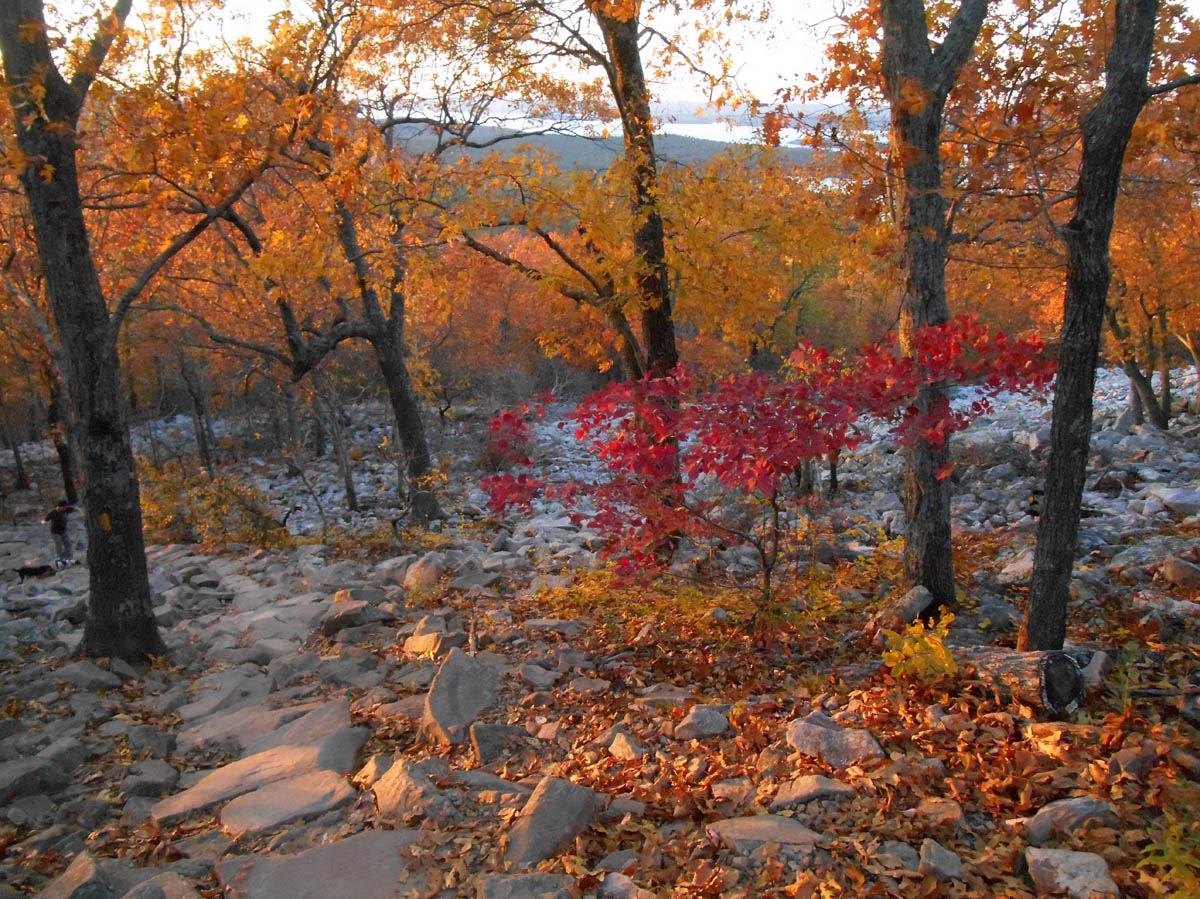 I have a pet peeve, and that is parents who bring small children (and small dogs!) on a hike this steep and rocky. Although this trail is pretty wide and well defined toward the bottom, once you reach the top third, it is all but “bouldering” to the top, with no defined steps or hand rails, and no guarantee the rock you step on next is stable. One guy was even carrying an infant in a “Look, Ma! No hands!” type cotton sling around his neck. I saw many reluctant small dogs and crying children being dragged along, all for the sake of the summit. One set of parents had the right Idea. At the juncture where the path turned challenging, they sat down on a rock and said to the kids, “We made it! See the view?? Now let’s go play in the playground!” The kids were delighted to turn around and race to the bottom, having never made it to the summit. 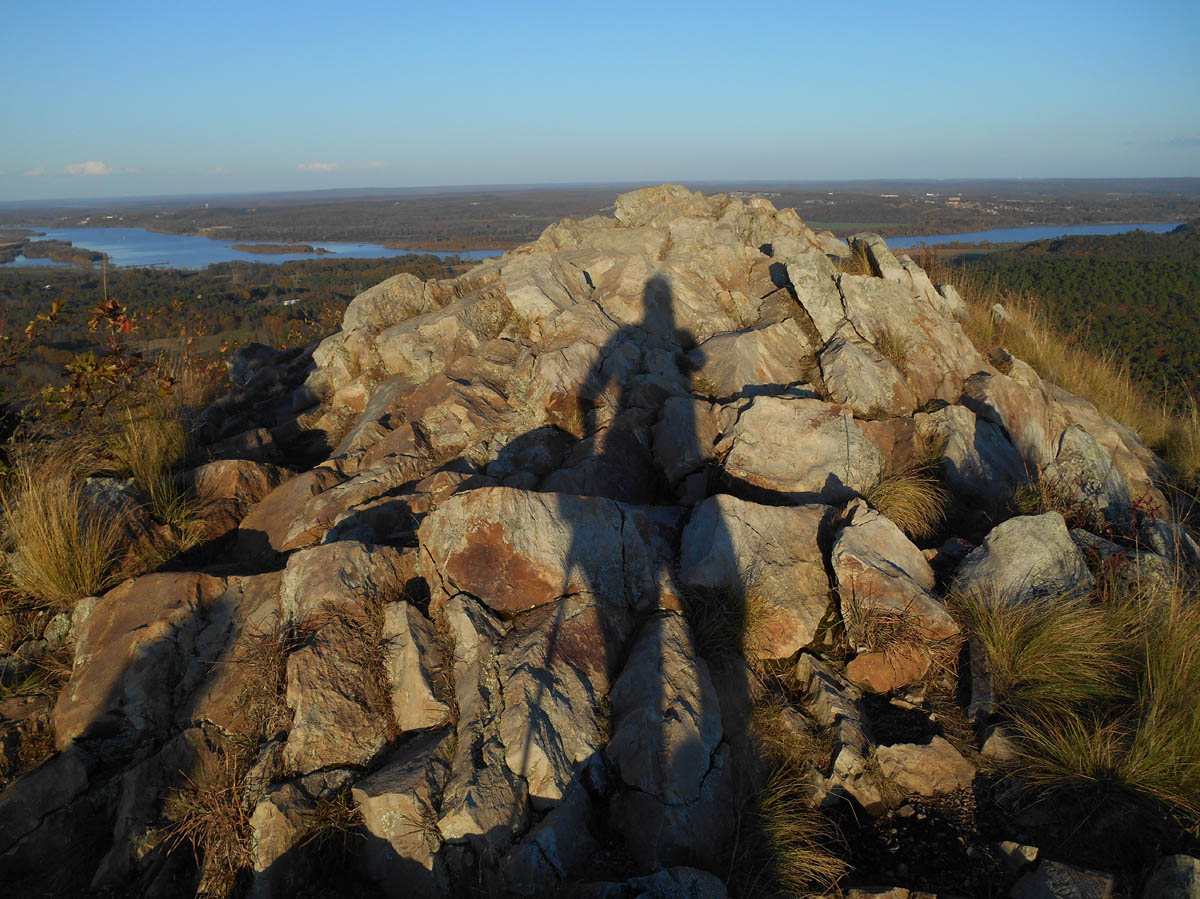 I have enjoyed following autumn’s leading edge from the beginning of October on the Canadian border, all the way down to Thanksgiving in the Ouachita Mountains.   But I get a sense Mother Nature is trying to tell me something… 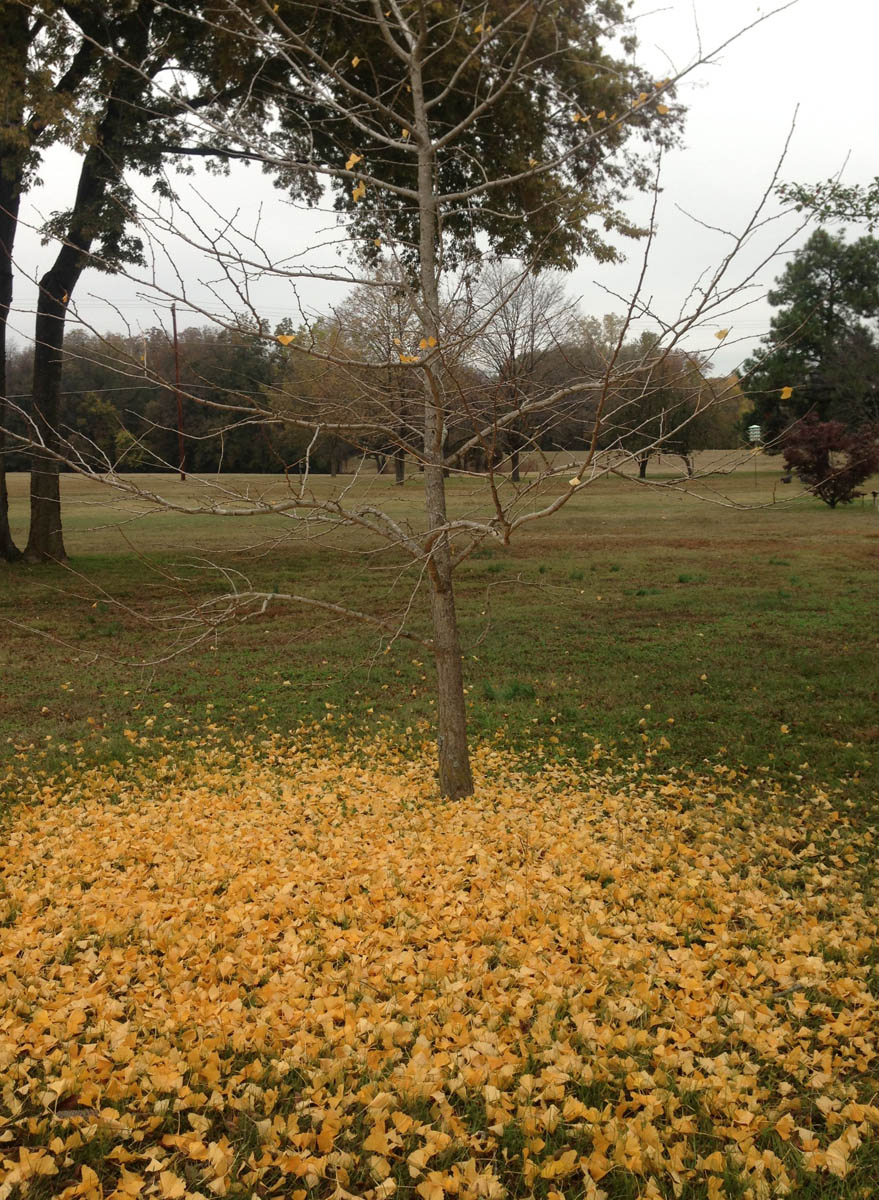