For the past four years, my brother Don and I have been going to magical San Miguel de Allende (Kiss it goodbye as it was recently named Number One on the “Top 25 Cities in the World” list by Conde Naste Traveler magazine) to ring in the new year. Although we try each year to convince other family members to join us, the reaction is typically “Mexico??? Over my dead body!” So year after year, we make the trek down to escape the ice storms of Texas and get our “fix” of warm and sunny culture and climate.

The New Year in San Miguel has always felt like an extended family affair, with everyone from grandmothers to toddlers dancing in the Jardin (local square) lots of laughter and smiles, and a very respectable fireworks show at midnight in front of La Parroquia, the magnificent gothic church. However, last year, all that changed. It felt more like Mexico’s Spring Break. Instead of traditionally dressed mariachi bands battling on opposing corners, the entertainment was now a giant stage with a throbbing rock band, surrounded by throngs of stylish 20-something millennial posers. The crowds were so thick that it was not possible to light up the 36” sparklers we associate with Mexico celebrations without setting someone’s hair on fire. The magic was gone. So we agreed to give San Miguel a rest and try someplace new this year.

Don had great memories from New Years 2008 in the Zocalo of Oaxaca, standing on a light pole overlooking the square on order to see the all the festivities and fireworks, so we decided to try New Years “Oaxaca-style” this year. We had visited back in May of 2012, and both agreed the city was worthy of a New Years trial.

The town seemed to be filled to capacity, with the pedestrian streets overflowing, and all the noteworthy restaurants offering special New Years Eve parties at US prices averaging $950 Pesos a person (about $80 USD.) After scouring the town, we finally found a nice, small hotel offering dinner on their terrace overlooking the city at a price we could afford. There was some discussion of whether we should remain on the terrace for the big fireworks display, but then decided to head on down to the Zocalo to experience the excitement firsthand. We decided to get there early so as not to have to “stand on a light pole” to see over the crowds as he had done back in 2008.

As we started the 15 minute walk into the center of old Oaxaca, the streets were empty. We both remarked how we were probably already too late, as everyone had no doubt already convened in the Zocalo to secure their place for the big show in the square. But as we got closer and closer, there were no sounds of music coming from the square. No people spilling over into the streets. In fact, the Zocalo was deserted.

In our limited Spanish, we kept asking around “Where is everyone? Where is the party? Where are the fireworks?” A few hopefuls said “It’s early yet. They must be coming later.” As the clock ticked closer to midnight, there were fewer and fewer people as the crowd thinned down to mostly diehard Gringos, holding out hope that “…they HAVE to have SOMETHING, right??!!” Finally, we asked two uniformed officials (of which there was no shortage in the square this night!) Each of them gave the same answer:

CANCELLED???? How in the hell do you cancel New Years??

What a letdown! The pinnacle of our trip, cancelled? Most officials seemed to agree it had to do with the changeover in mayors which happens at this time every year. “Pinche” was the word used most often, which I believe to translate into “cheap SOB.”

So with no place else to go, we hung around the Zocalo until the stroke of midnight, lit our token sparklers, wished each other Happy New Year, then made the slow walk back to the hotel.

On a 365 day average, it was an exceptionally fun night. But on an expectation level for a Mexico holiday celebration? Well, let me just say on this night, Oaxaca may have lost a couple of customers… 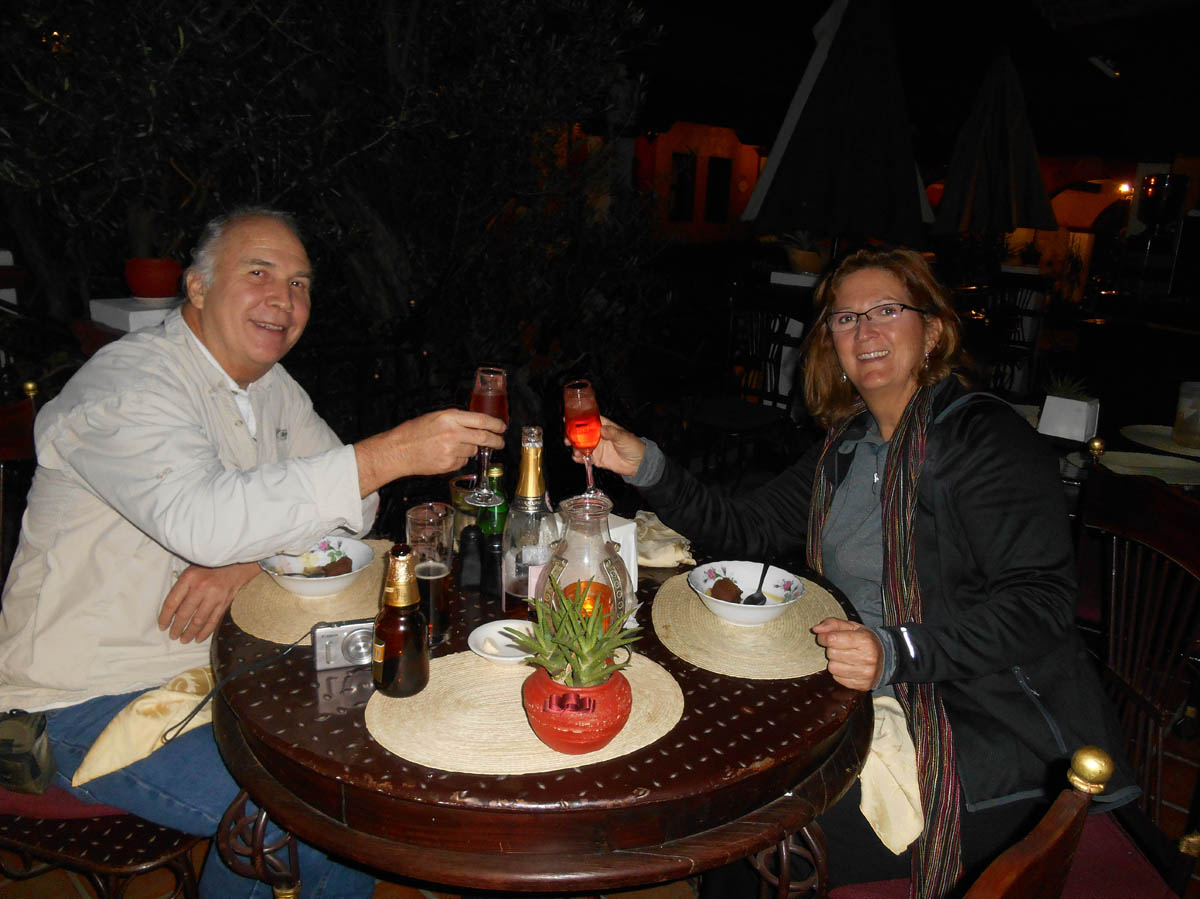 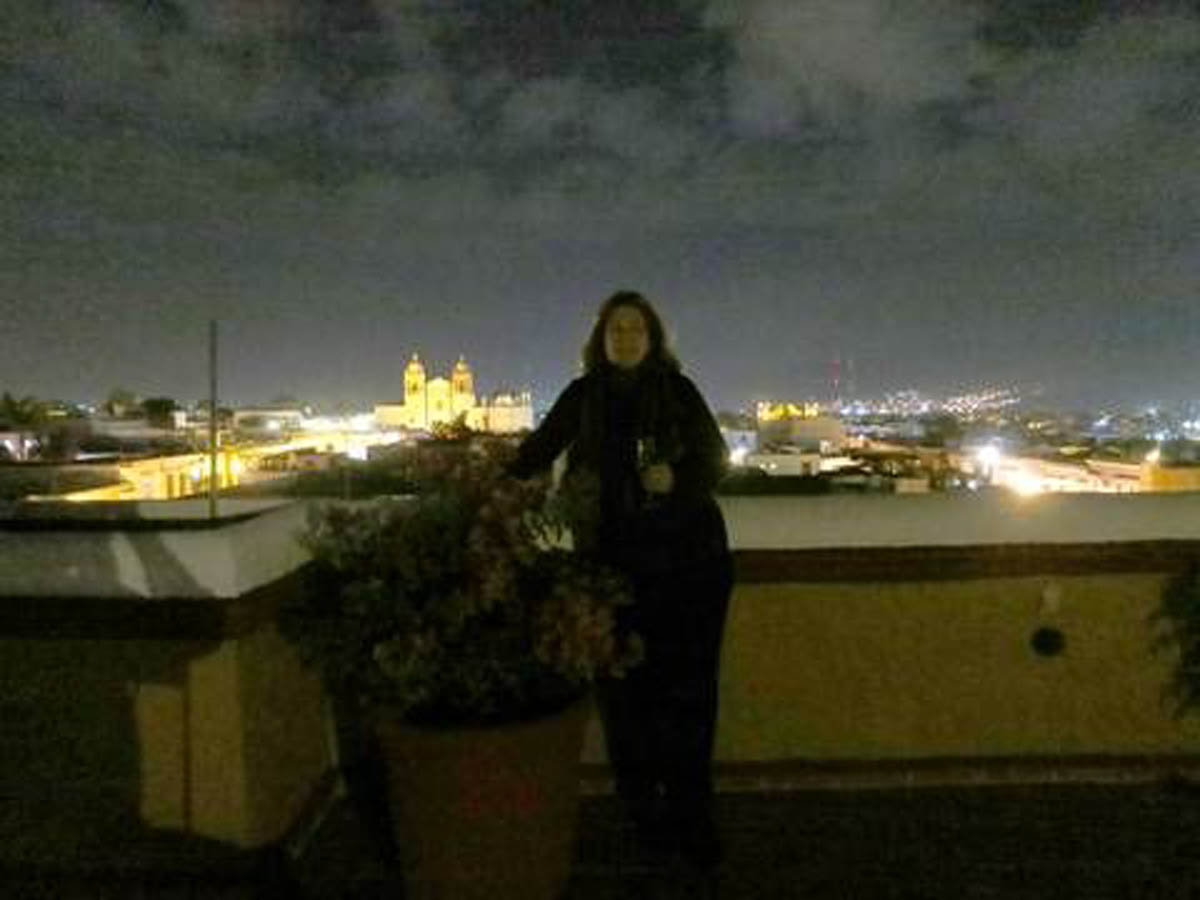 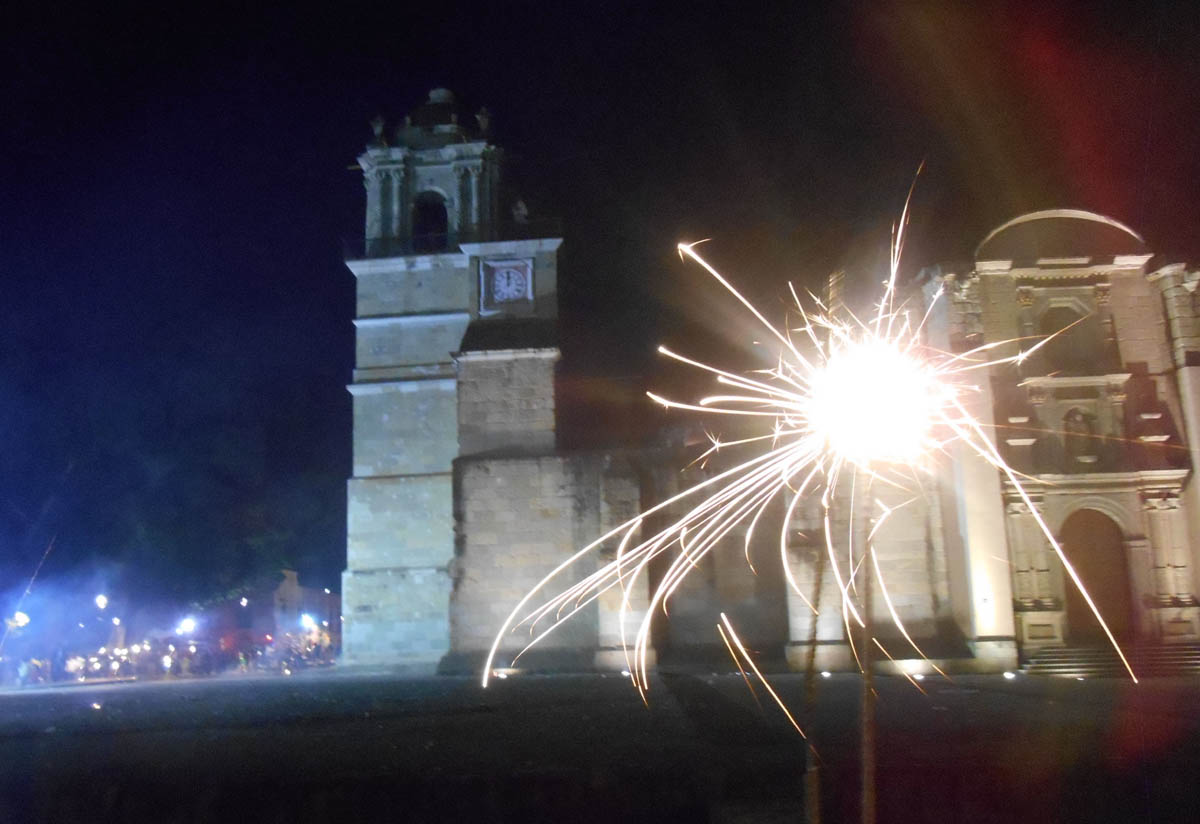 The stroke of midnight in the Zocalo 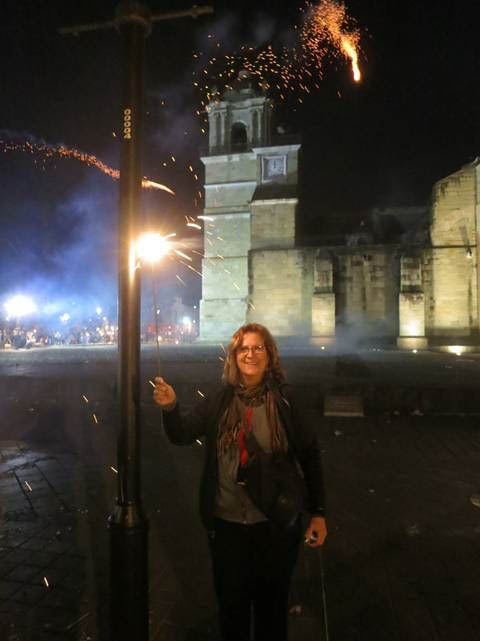 Fireworks show = my token sparkler and a couple of bottle rockets 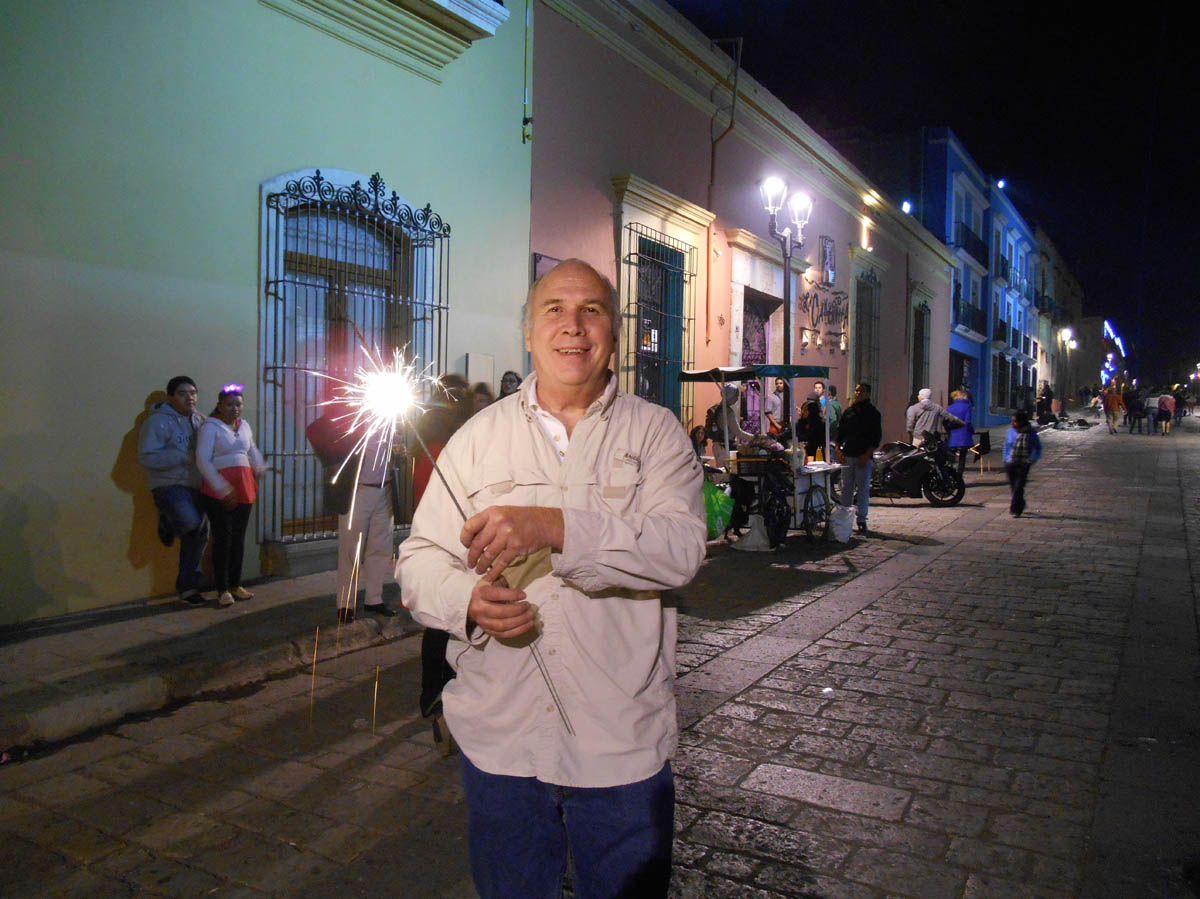 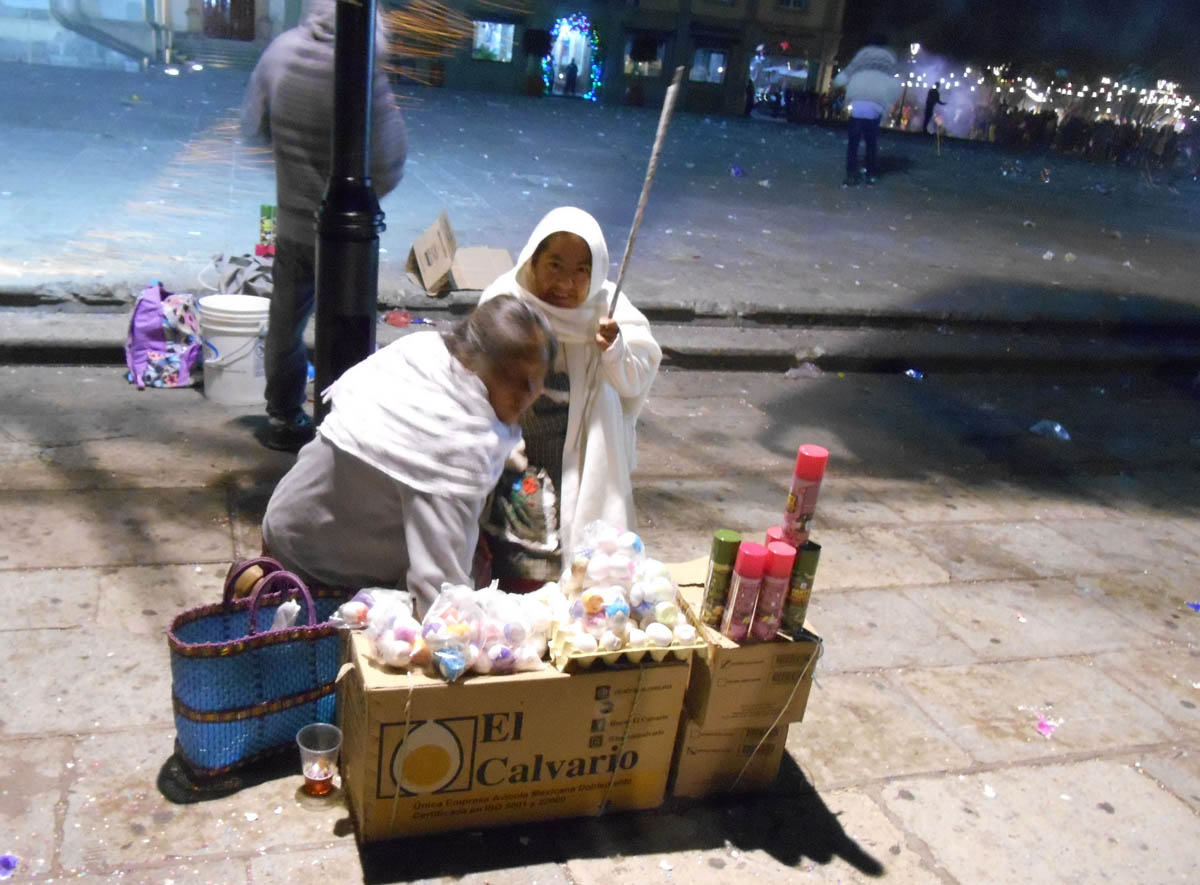 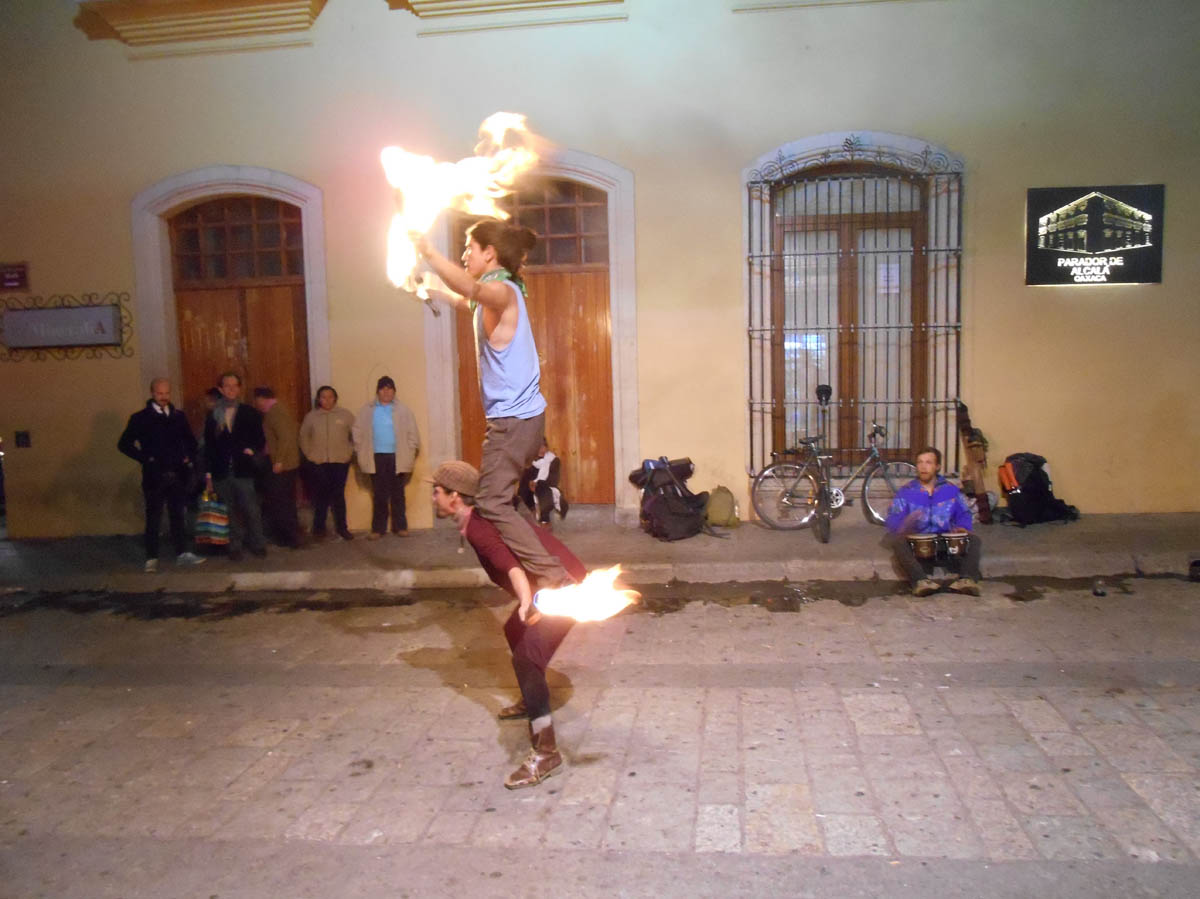 Street performers on the walk back to the hotel are best show of the night.