Carlsbad Caverns National Park is just thirty miles up the road from Guadalupe Mountain National Park, so it seems like a “no brainer” to make the detour. Though I have to admit, my heart wasn’t really in it. Maybe it was because I had already been there as a child on one of my parents many road trips out west. Or maybe it was because I was so enamored last fall with Mammoth Cave National Park, which feels so much less commercial. Or maybe it was just an “off day” after such a great streak of vacation fun. 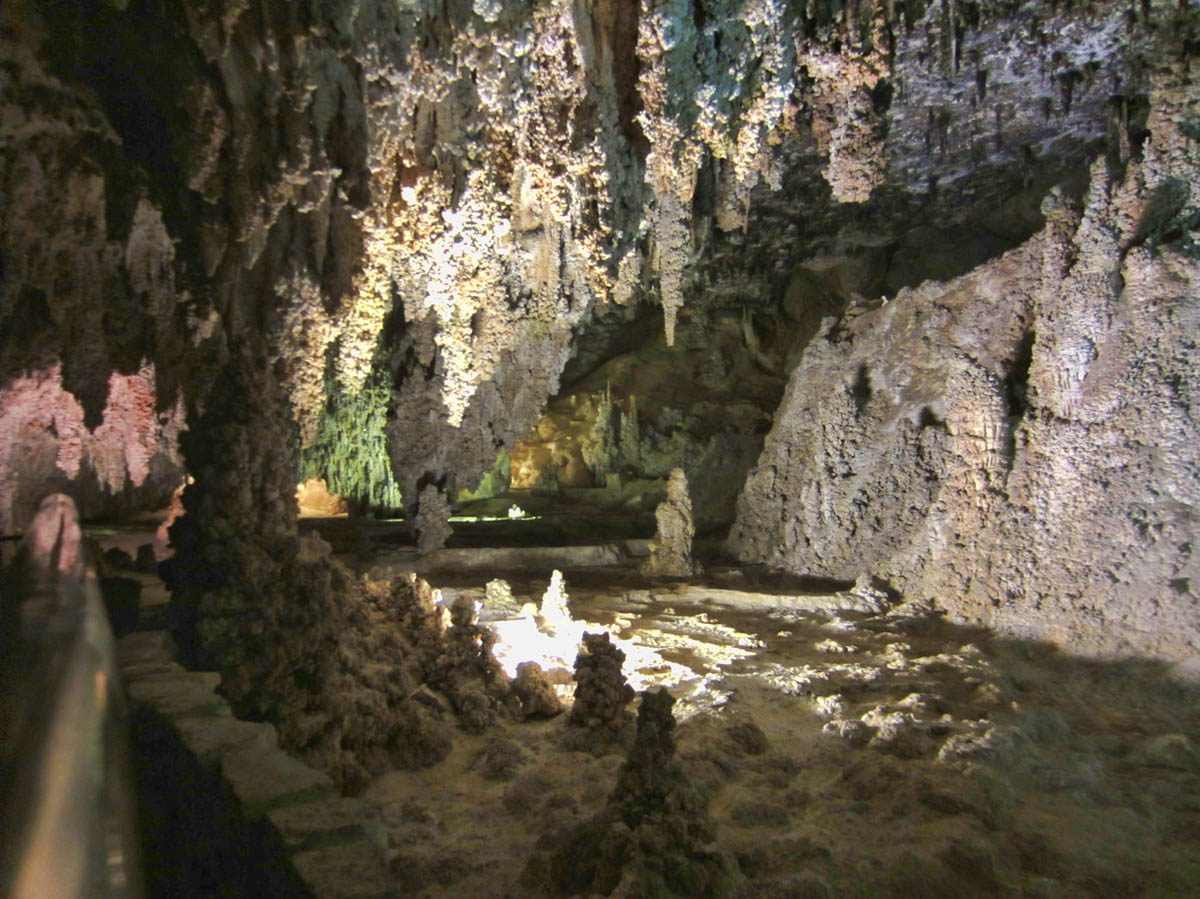 The “Big Room” is as large as 14 football fields. 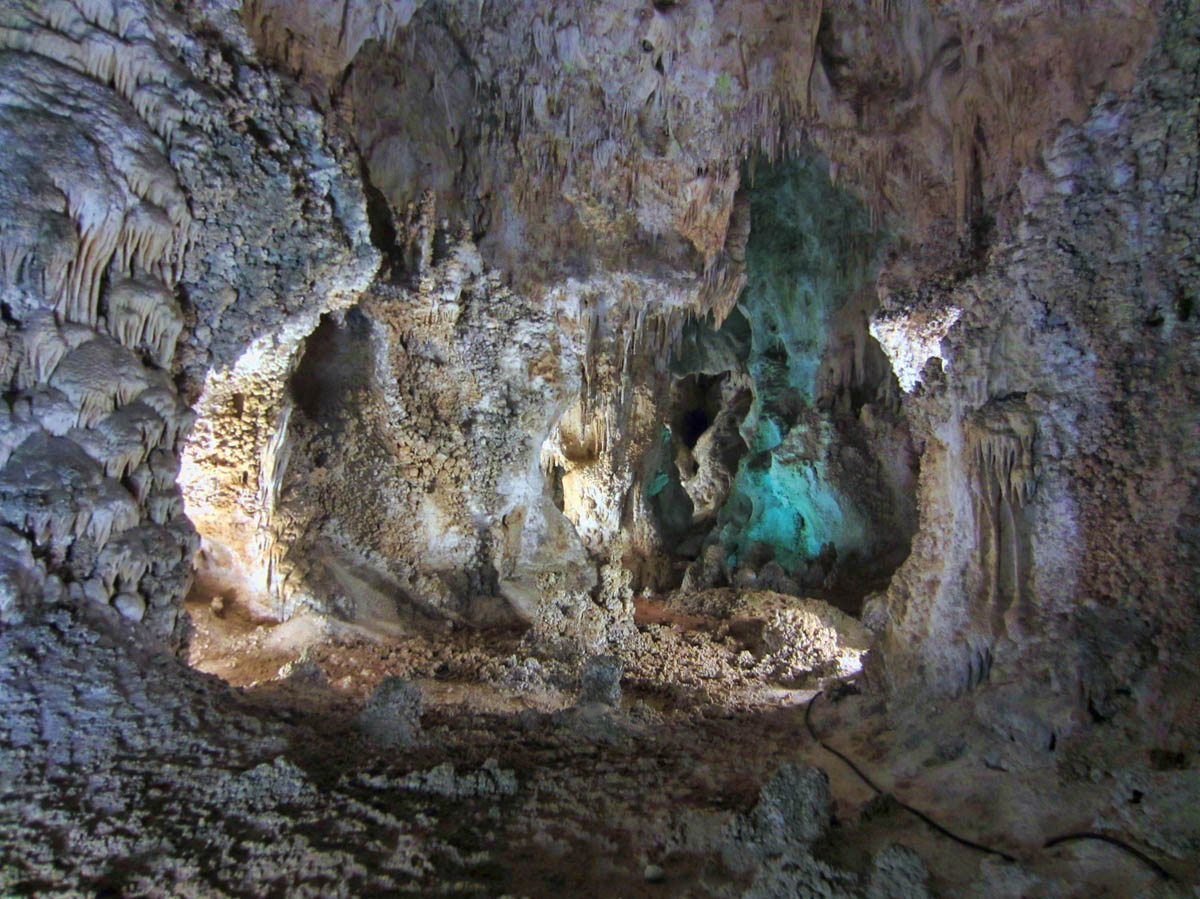 I arrive at the park around noon and purchase my ticket. The park seems quite crowded, so I decide to go back out to the Winnie and do some work on the blog while waiting for the crowds to thin out a bit.

The woman at the ticket window advises me that the last entry is 3:30pm. What she did NOT tell me is that the last time to walk down into the cave is 2:00pm. Any entrance after that would have to be via elevator. So I am already mad before I even get started. Nevermind the elevator speech that “You are traveling at a speed of nine miles per hour down 75 stories, one and a half times the height of the National Monument.” I want to WALK, dammit! 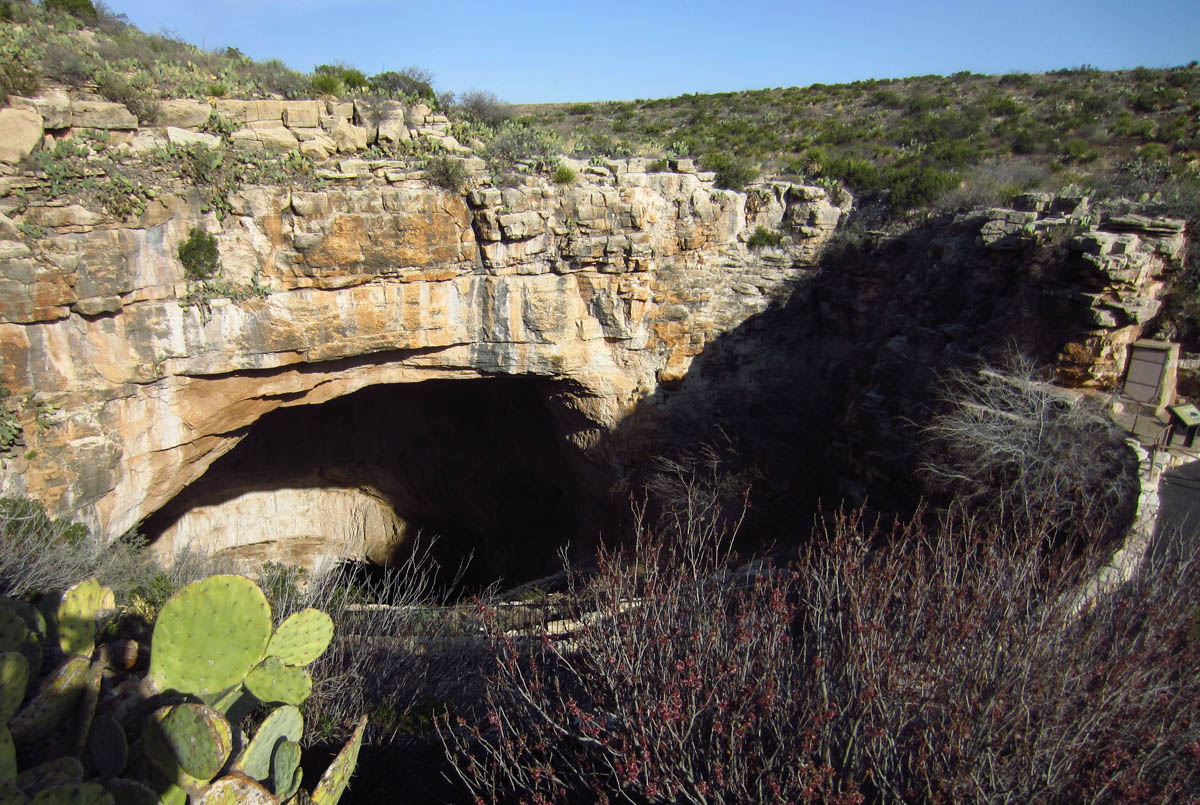 Natural entrance to the cave. Note missing sign that says “Closes at 2:00pm!!”

“Hall of Giants,” the three largest speleothems in the cavern. Twin domes, which are stalagmites, and Giant Dome, which is now a column, because it met in the middle with a stalactite.

As I start my tour of the “Big Room,” I am reminded that I need to exit by 5:00pm, so I pace myself accordingly. At 4:30pm, along comes a ranger with a flashlight telling me to “hurry it along,” that the last elevator is at 4:45pm, and I need to hurry on towards the exit. He literally follows right on my heels, shining the flashlight in my path in front of me. “Are you going to follow me the whole way?” “Yes ma’am. It’s my job to see that the last person exits by 4:45pm.” “Then why did the US Government waste my taxpayer money by printing signs that say the cavern closes at 5:00pm??” “Just doin’ my job, ma’am.” Now, I am steaming mad. 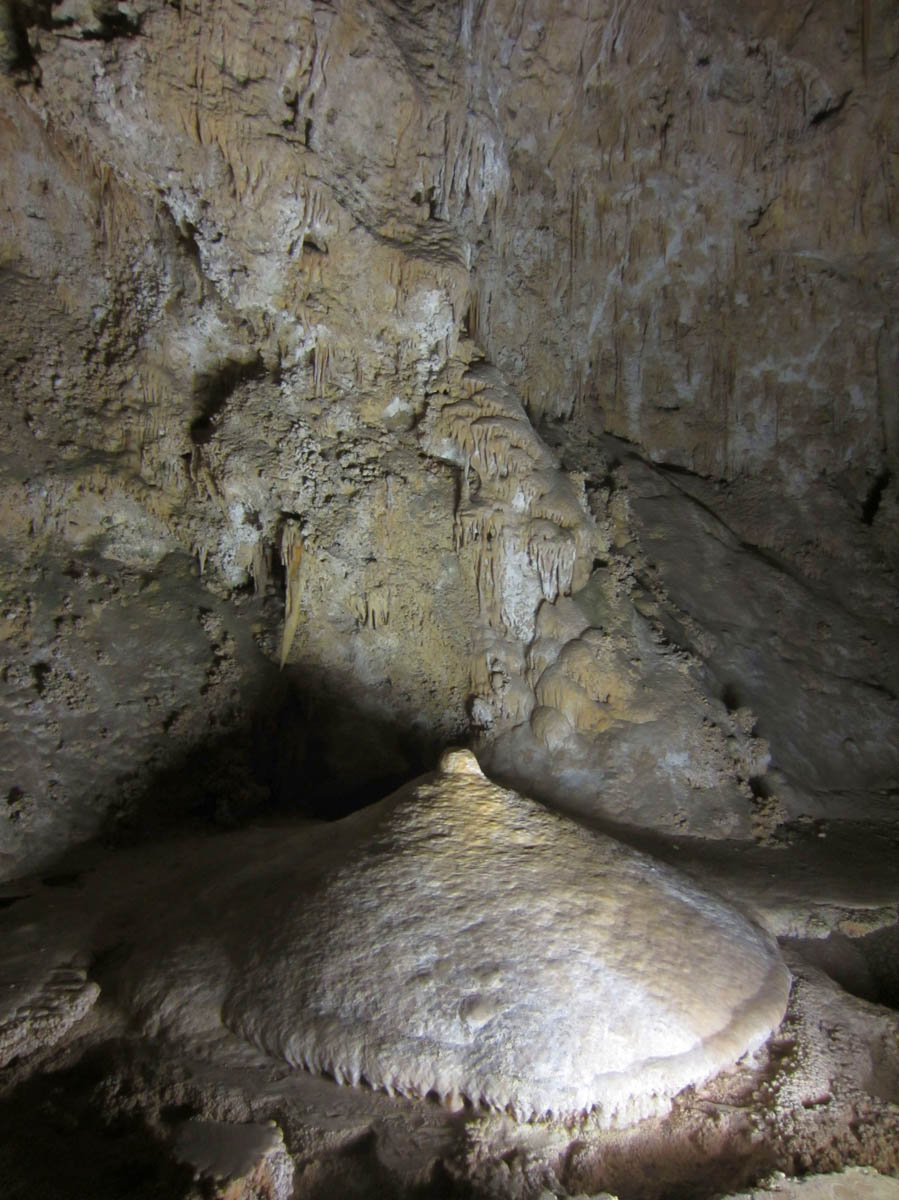 Mother Nature has a sense of humor, it would appear… 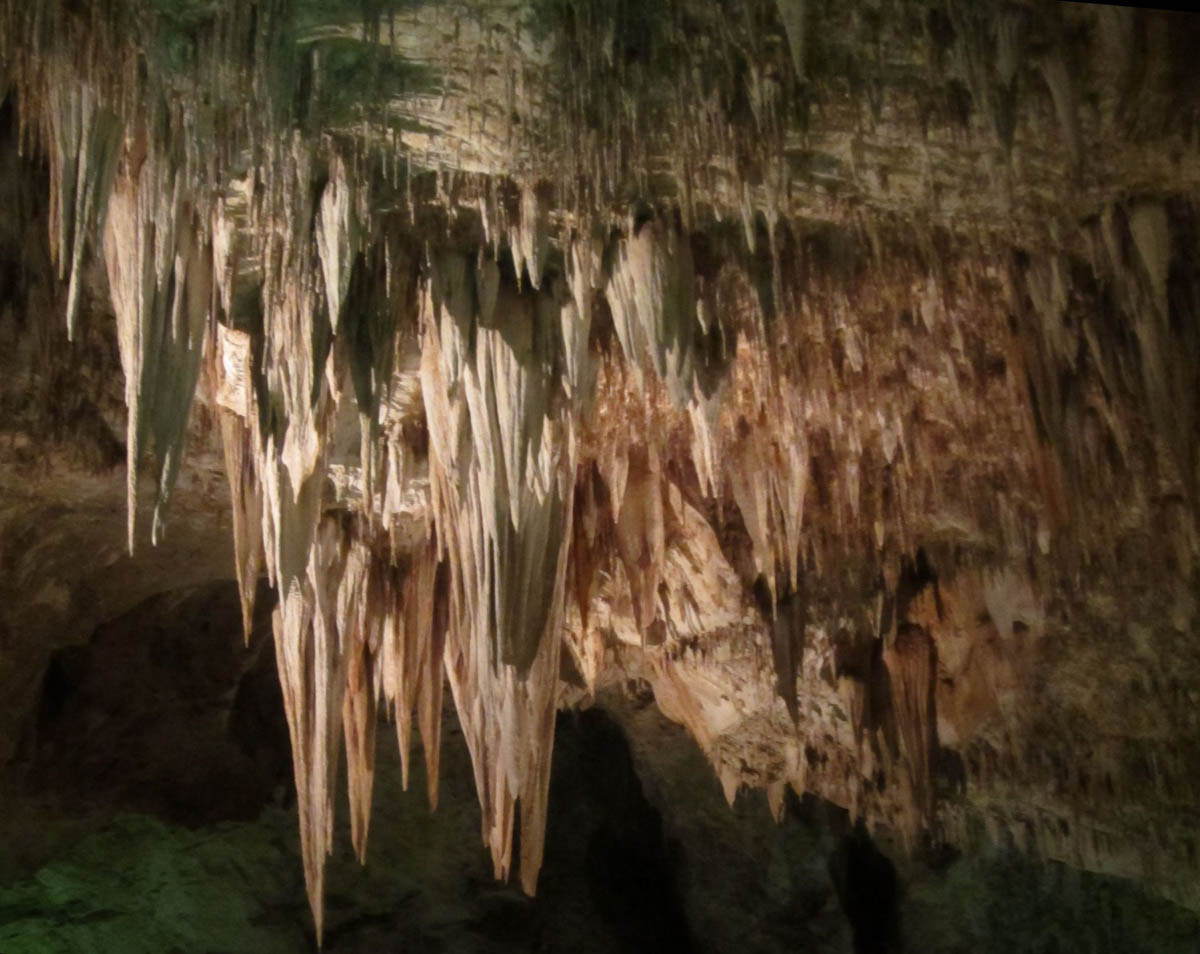 Having been chased out of the cave by 4:45pm with plenty of daylight, I decide to go back to the Winnie and fix dinner before making the drive to Camp Wally for the night. I open the door and get a look at the volt meter….in the short time I have been in the cavern, it has dropped down from 12.5 (so-so) to 7.8!! (very bad!) My already tanking batteries have really bitten it this time! 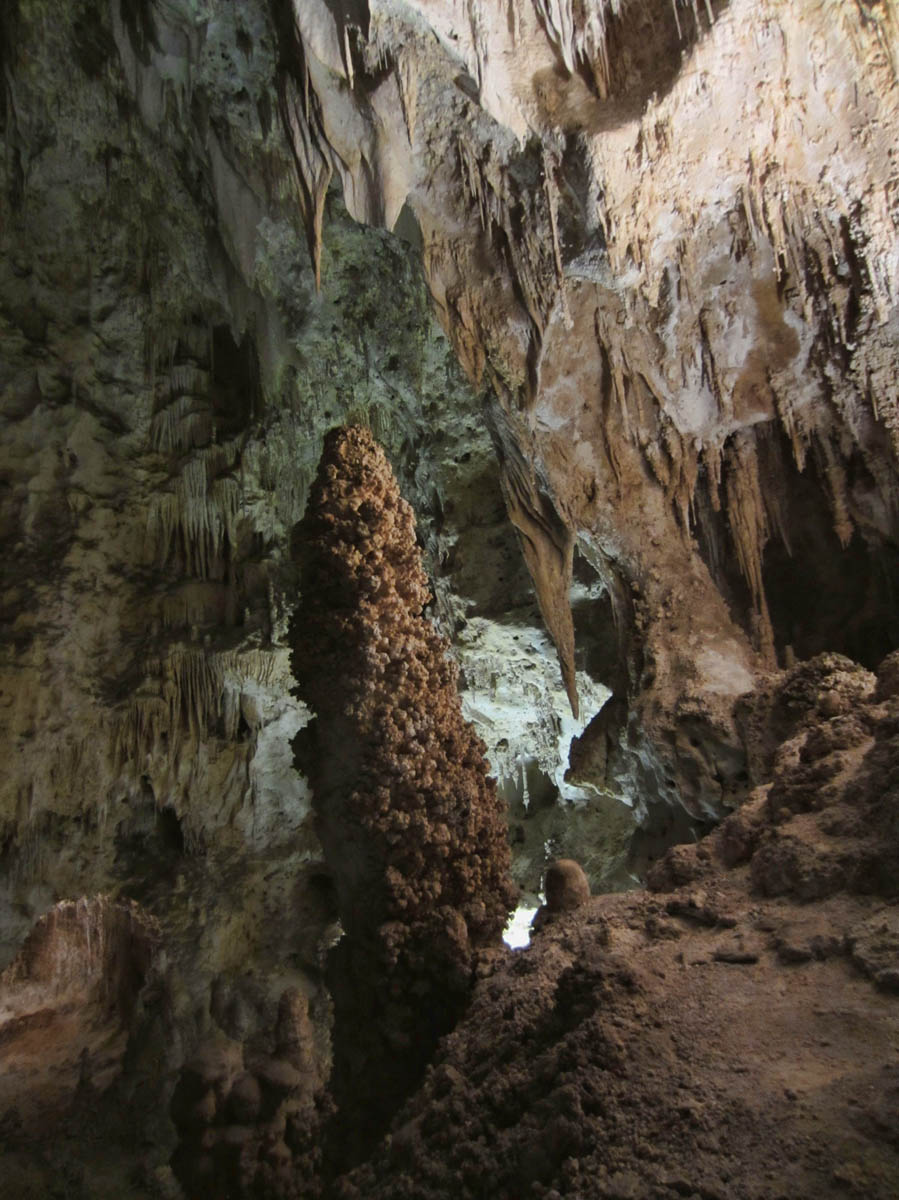 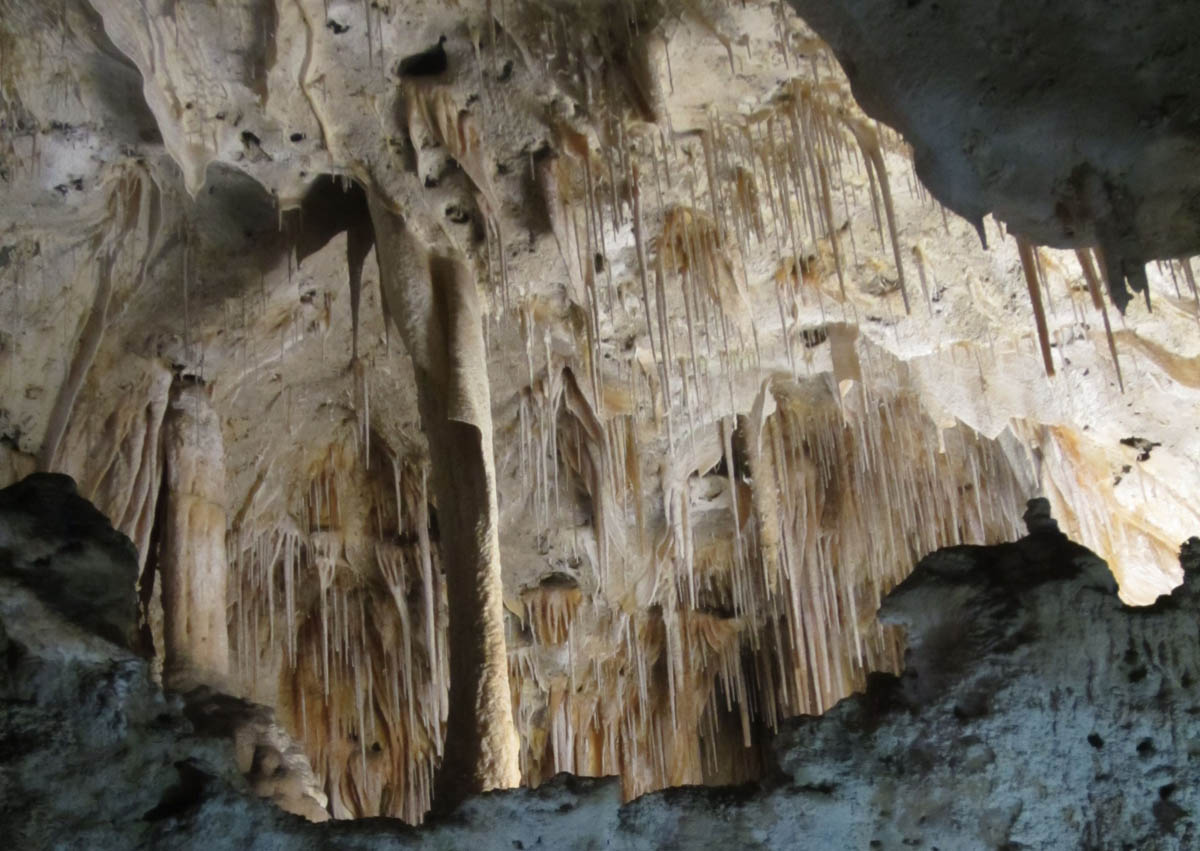 I discover that my non-working “running lights” on my tow vehicle had not only started working again, but they didn’t know when to stop. They kept burning after the engine stopped. They are wired to the coach battery, so I essentially “left the lights on” for a couple of hours. The remaining battery life is now so low, my refrigerator light won’t even come on. 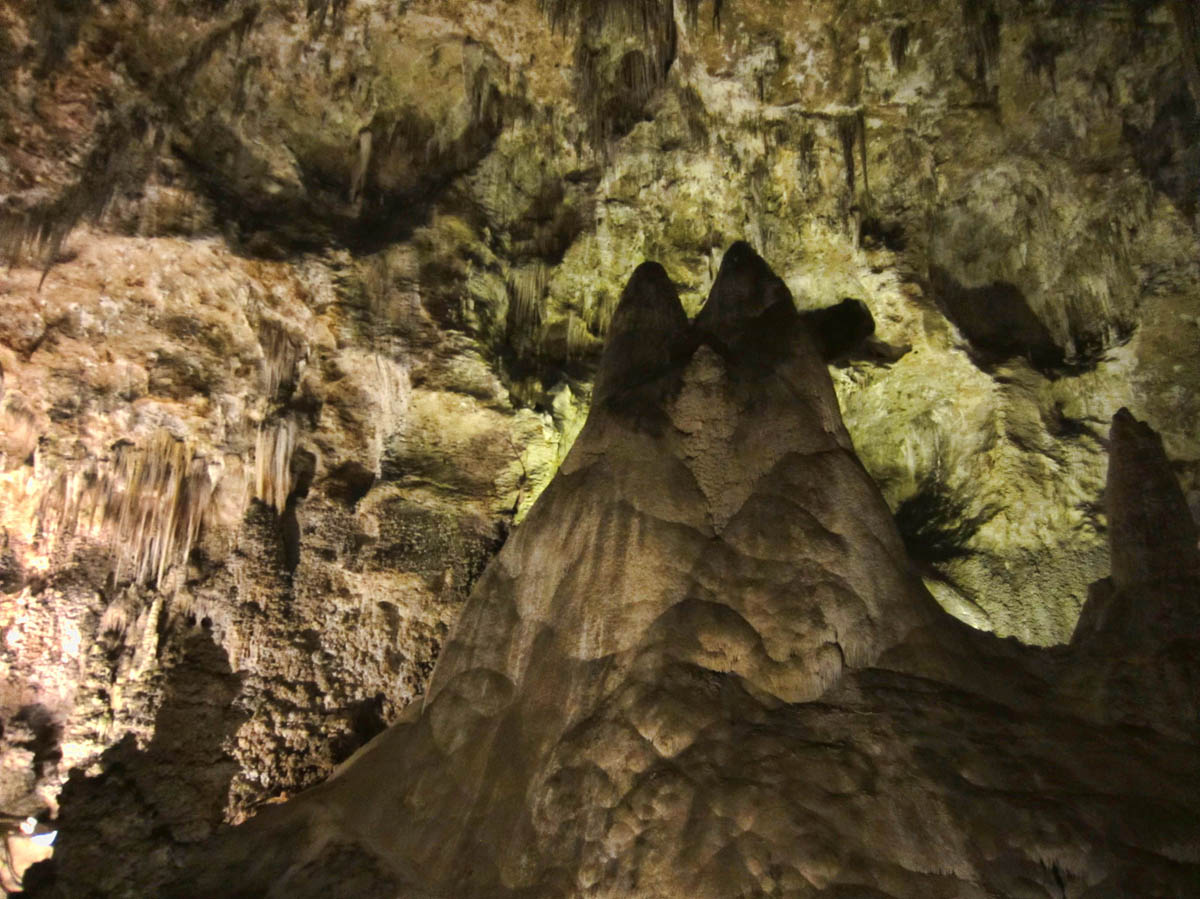 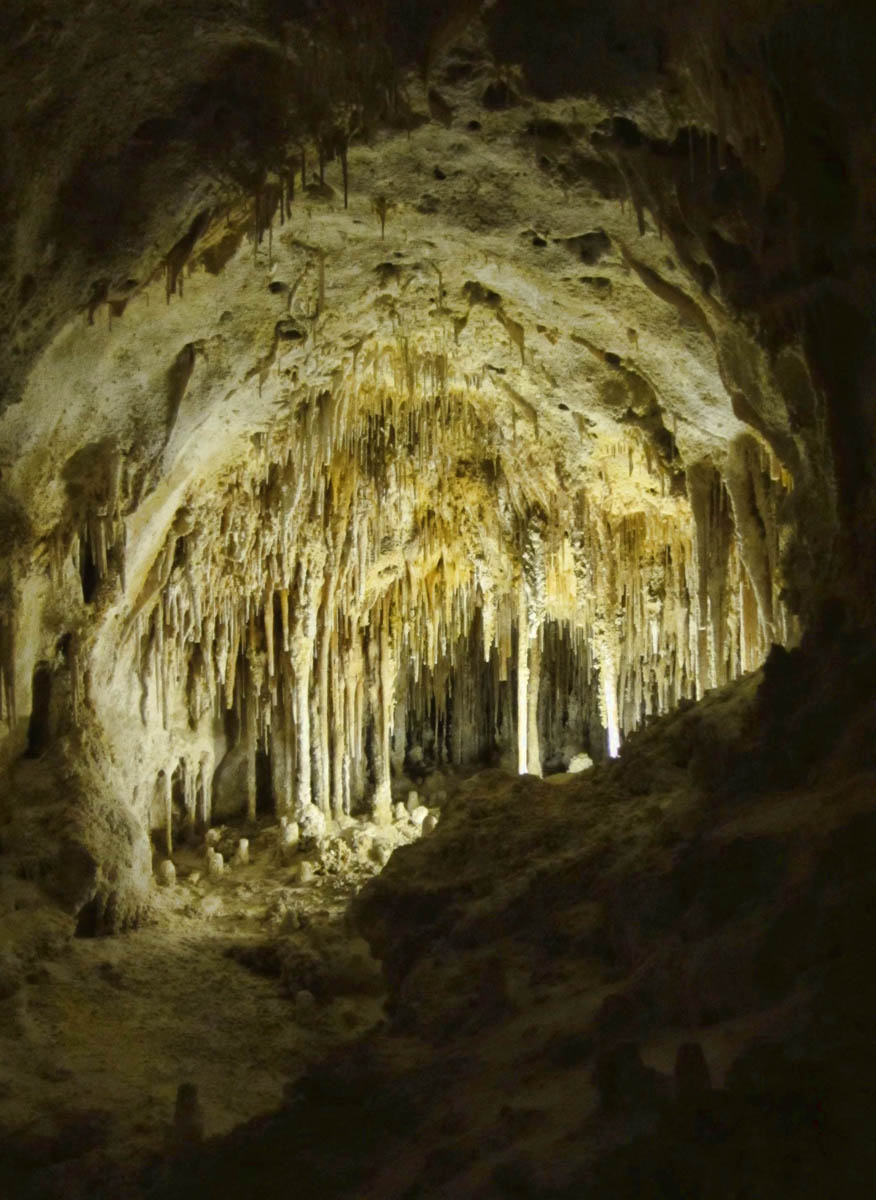 I immediately start the chassis battery so I can crank the generator. Then, I start to prepare dinner….Thai Green Curry and rice. I put the rice on to cook, and set my microwave timer for twelve minutes, then sit down to do some photo downloading. I start to smell something burning, so I get up and stir the rice to make sure it is not sticking. A few more minutes pass, and the burning smell intensifies. About this time, the smoke alarm begins to SHRIEK, so I rip it off the ceiling, yank out the battery, and then set out to find the source of the smell. Then, it hits me….the whirring sound coming from above. I didn’t press the “Kitchen Timer” button on the microwave. Instead, I pressed “Cook.”

My microwave also serves as a “bread basket.” I store crackers and chips in a basket that fits perfectly in the microwave. I look through the glass, and there is a blaze coming up out of the basket! Smoke is staring to billow out, as I yank open the door, grab the flaming basket, and fling it out the door. The burning tortilla chips scatter across the pavement. Now, instead of one fire, I have about twenty small ones, all blazing on the pavement. I grab the first vessel I can find, and begin dousing them with water, one by one. 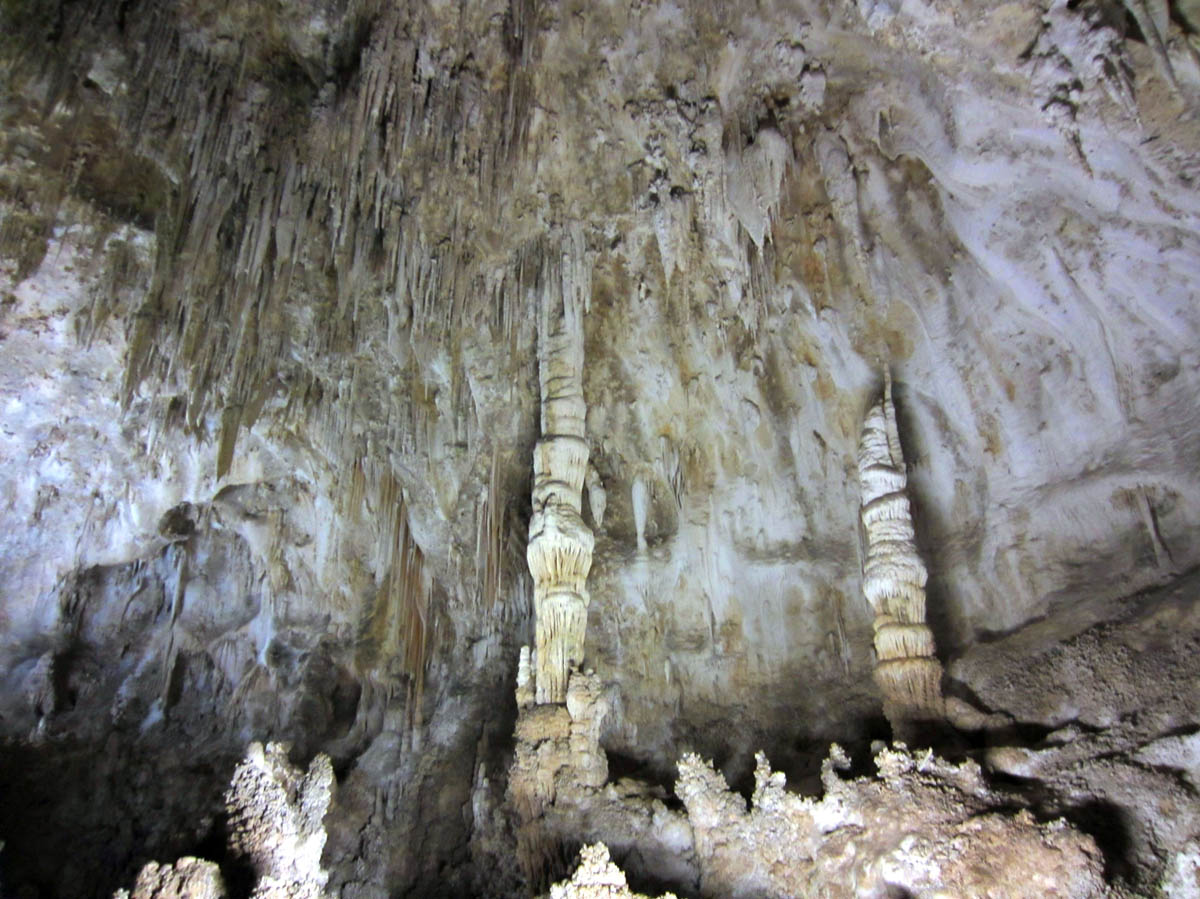 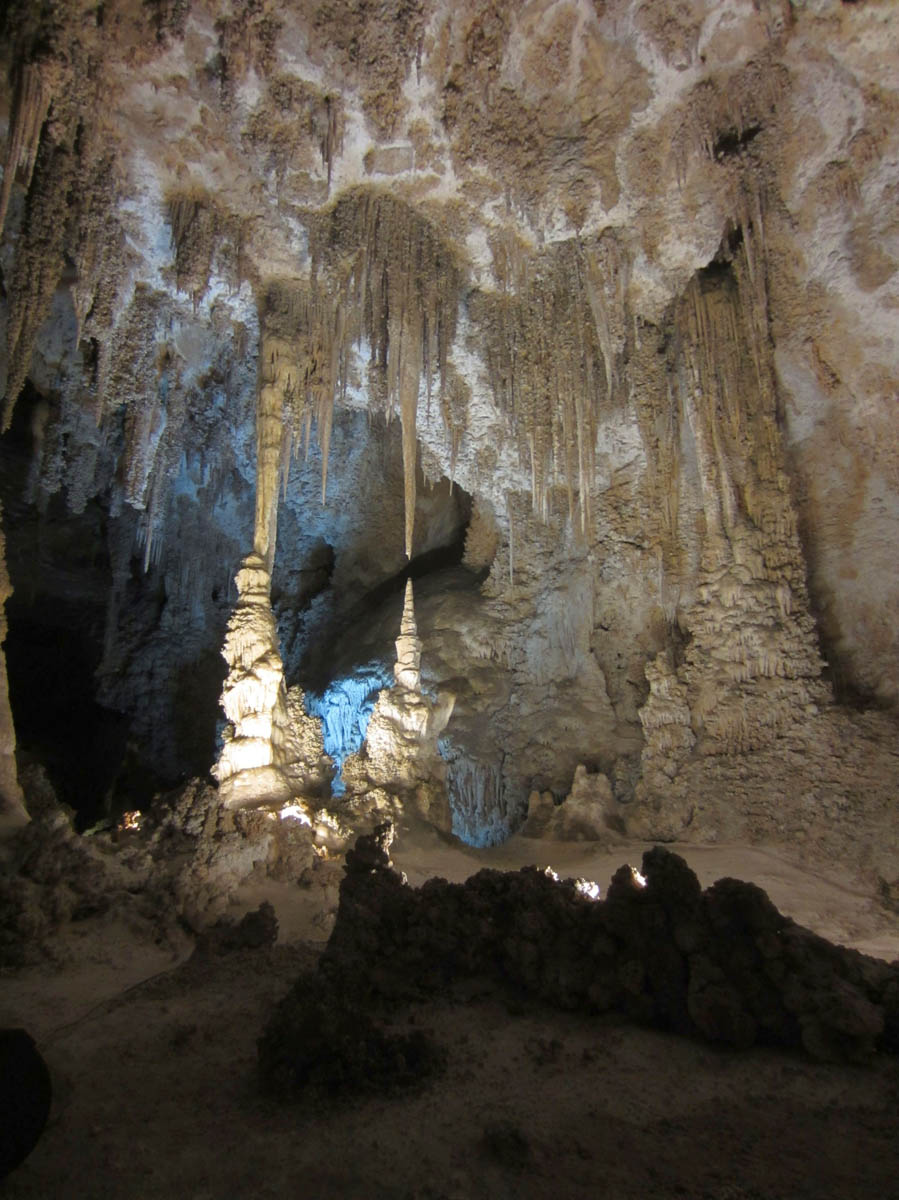 A group of people stand and stare, but no one bothers asking if I am okay. First comes a flying, flaming basket out the door. Next, a woman runs out with a Pyrex measuring cup, dousing each flaming chip, stomping on the basket like a Mexican Hat Dance. No, folks, she doesn’t need help. She’s just gone “bat sh*t crazy” trying to flee the Bat Cave! 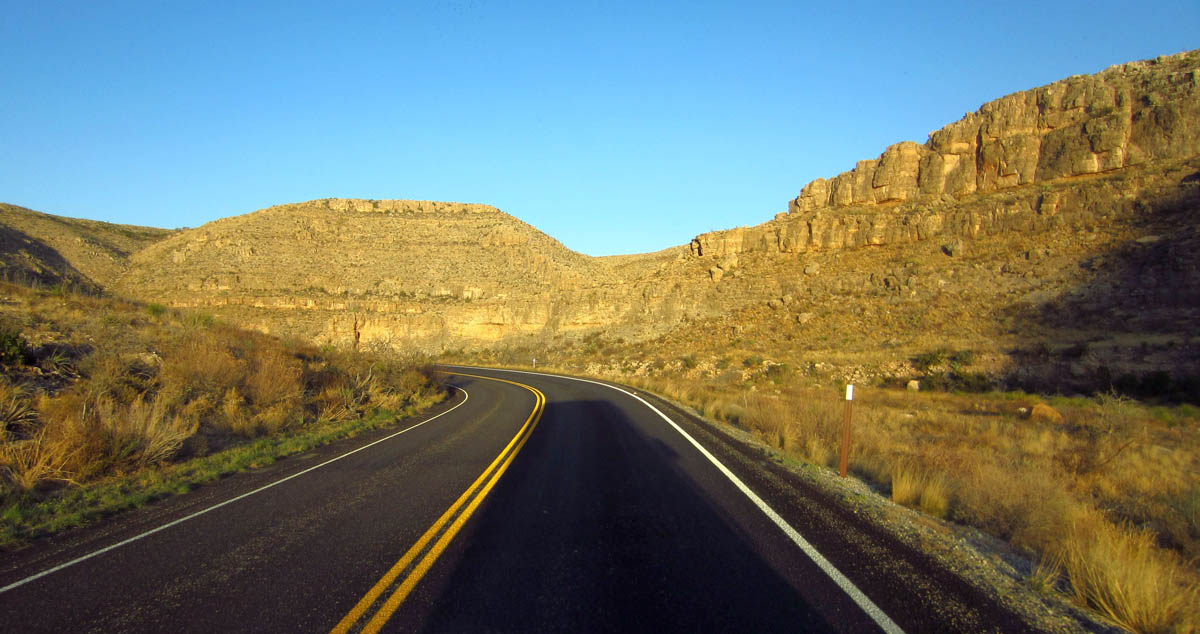 6 thoughts on “Phoning it in from the Bat Cave”