After saying my reluctant “goodbyes” in Ouray, I decide to make Telluride my next stop for several reasons, not the least of which is a good excuse to chicken out of driving the Million Dollar Highway. I have been up and down the road a dozen times now as far south as Molas Lake in one of the gang’s Suburus, and it doesn’t intimidate me. However, it’s one thing to ride in the back seat of a quiet, smooth riding, curve hugging automobile. It’s another thing to maneuver a five ton vehicle that sways like a drunken elephant, towing a car behind. If I were going south to north, it would not be near as nerve-racking. But most of the southbound route is on the outer lane with sheer drop-offs and no guard rails…not that they would do much good anyway! So by visiting Telluride, I have a face-saving excuse to “go around.”

It’s also a good place to ease back into solo life. Being in Telluride is a little mini-version of Manhattan. Even though I am alone, there’s no place to feel that way, as the streets are overflowing with the last vestiges of summer vacations. 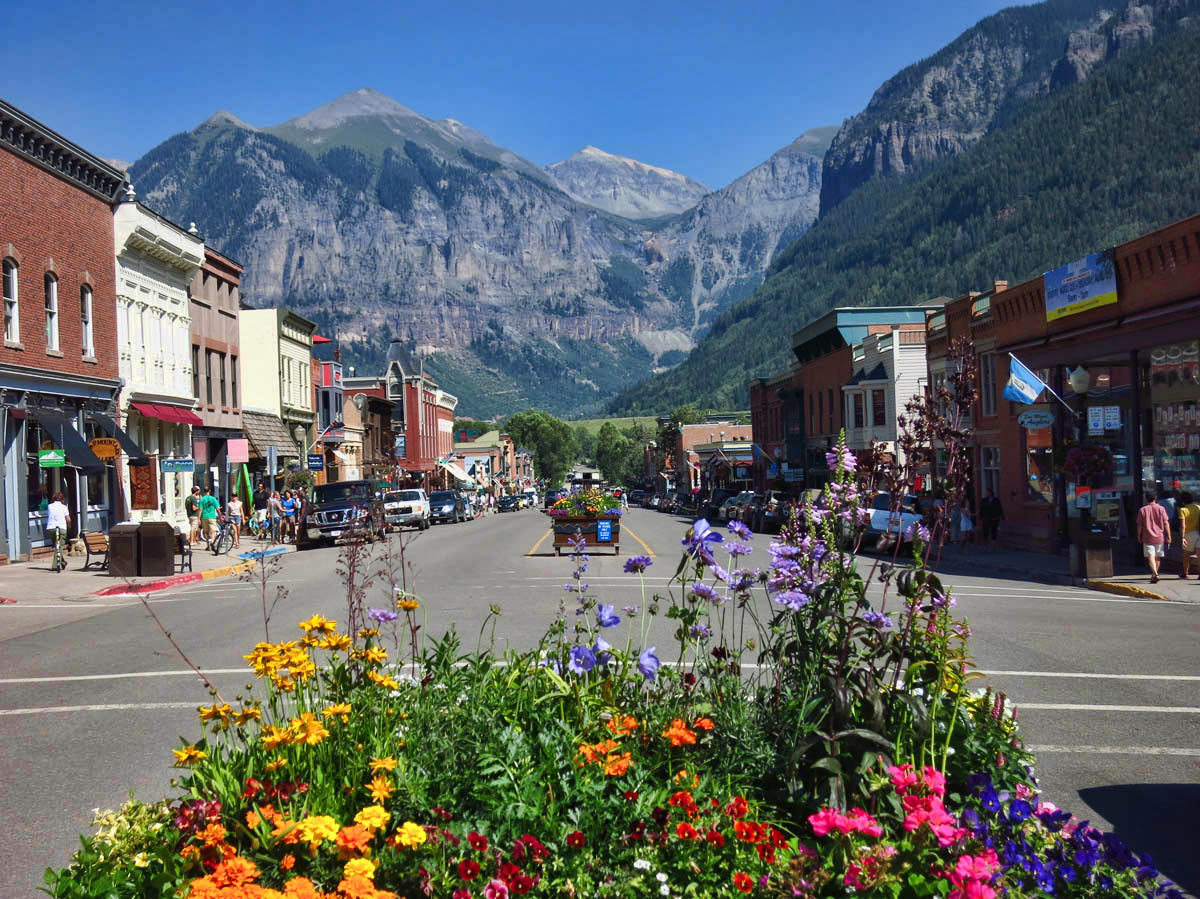 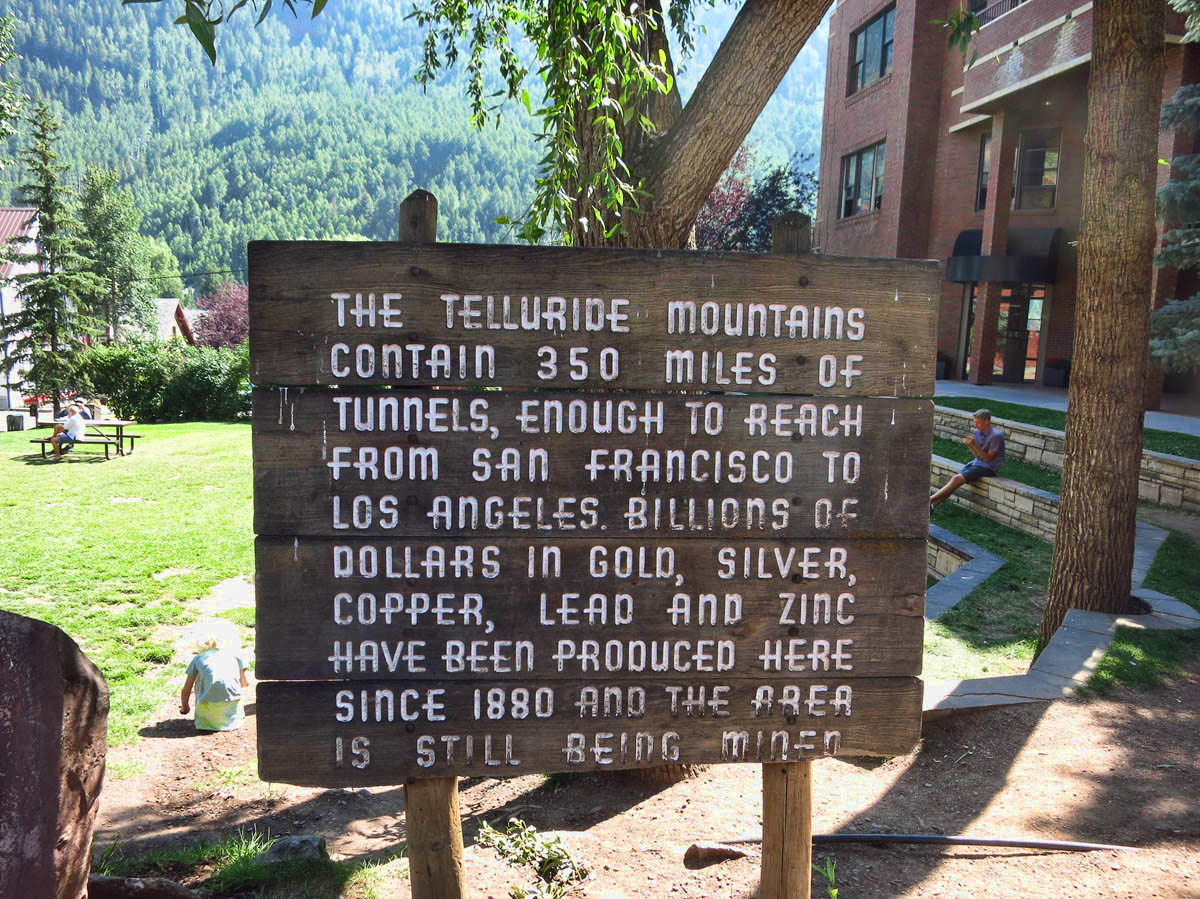 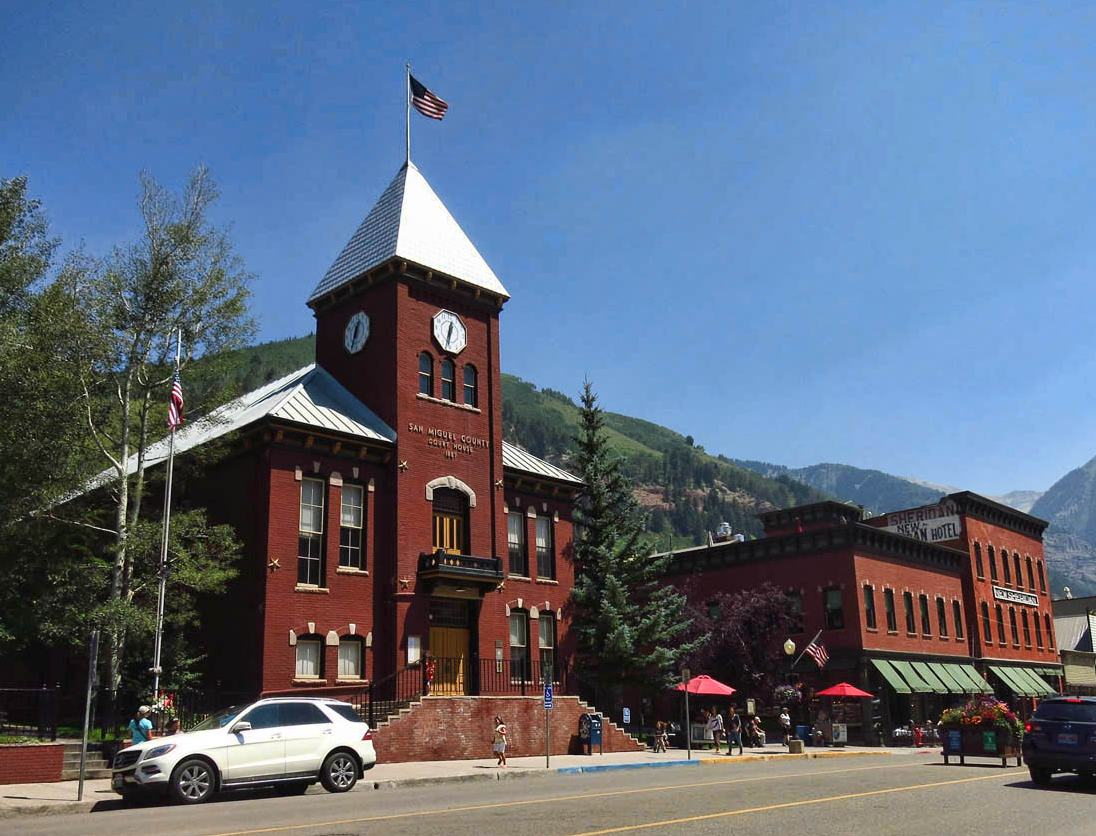 But the main reason I wanted to visit Telluride was for ski reconnaissance. I have been an “annual skier” ever since I was 20 years old, when the whole family ended up in Vail over New Year’s Eve, ’74 on one of my Dad’s infamous spontaneous road trips. We found ourselves completely unprepared in the middle of Vail Village with only our jeans and wool coats, up from the farm in the middle of a holiday celebration that included Gerald Ford and John Denver. The only reason we found a place to stay was because our arrival was preceded by a blizzard that canceled flights, but the snowy mountain passes were problem for the 1966 Impala tank, “Old Blue.” Mom bought Scotchguard to coat our jeans, and Dad bought us lessons down the bunny slopes, after only one day of which I was hooked on “the thrill of the downhill!” I skied just about every year after that, even in the Northeast, until relocation to Atlanta made the slopes no longer geographically affordable. 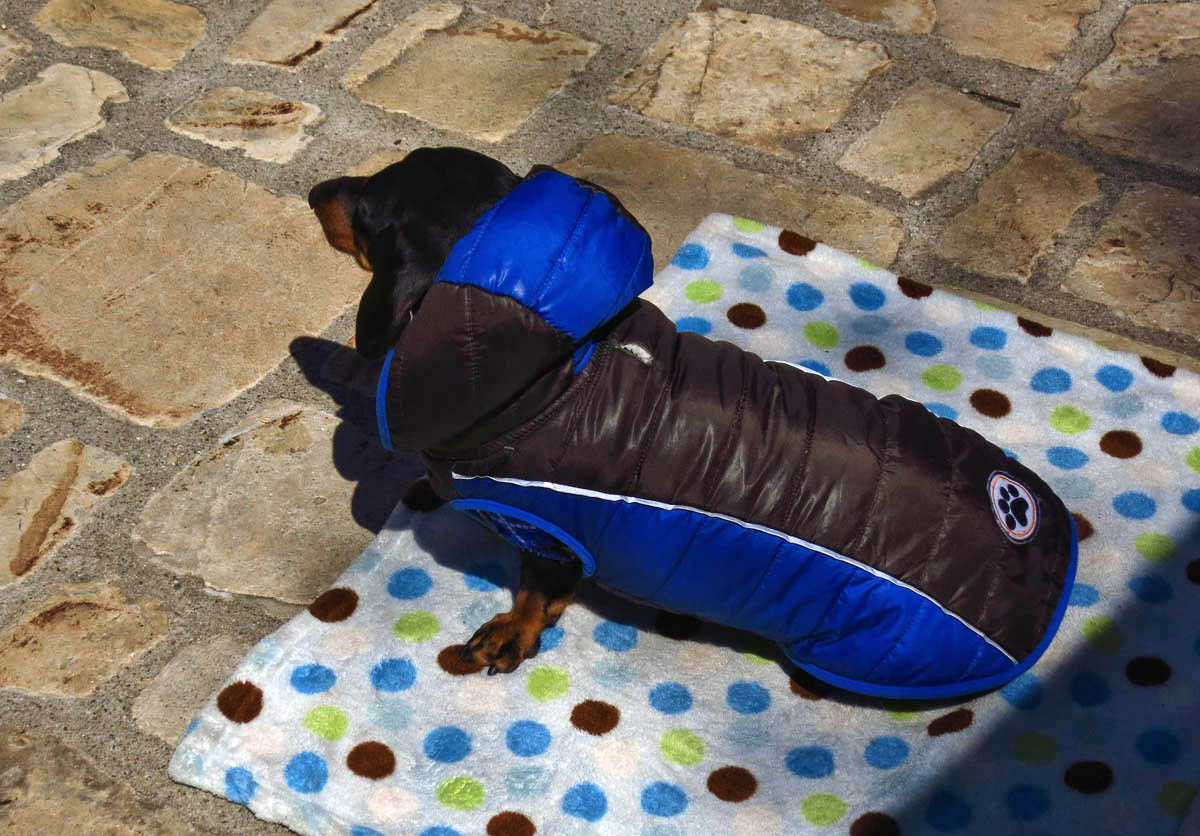 This Doxie has a nicer ski parka than I do! 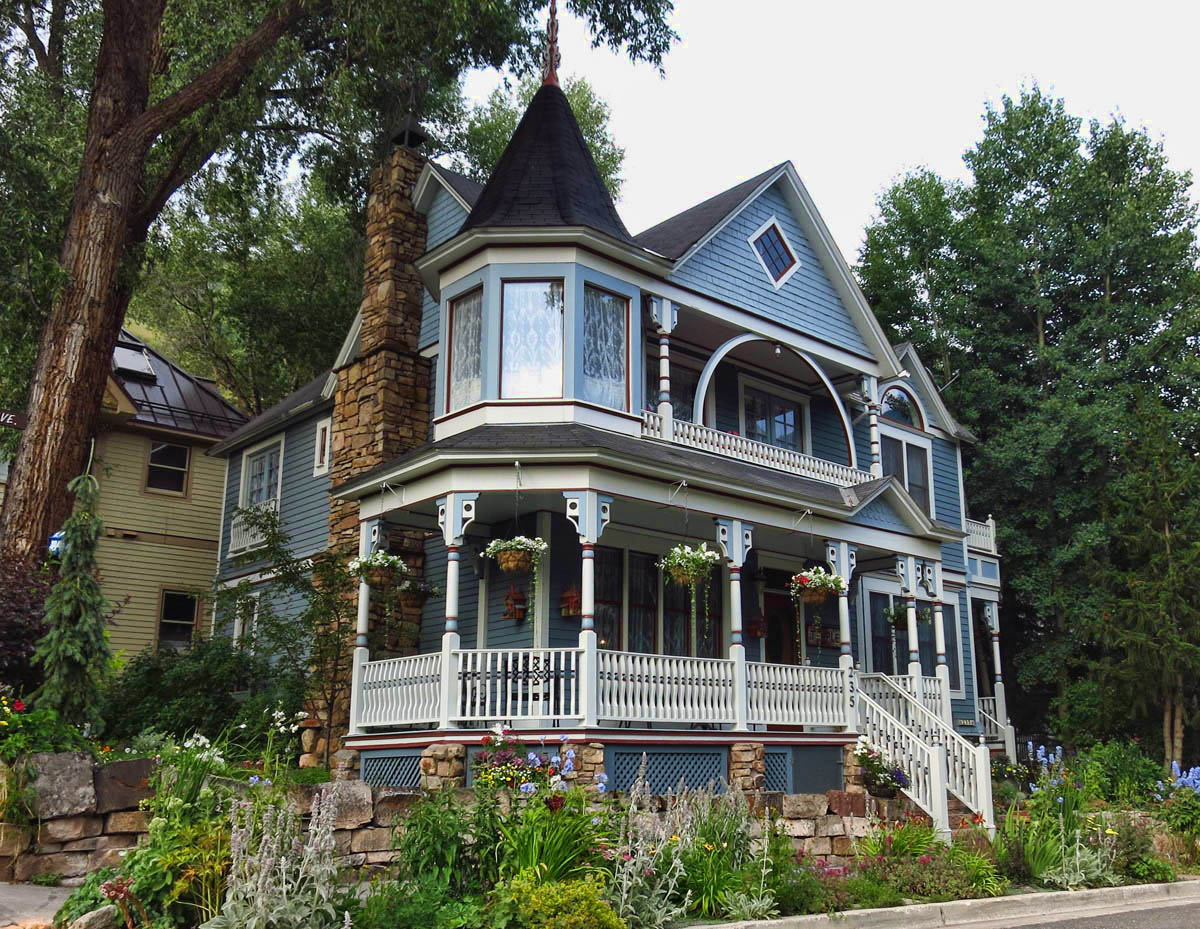 If you happen to have a few cool million laying around…

Skiing was also the main interest shared with my former husband, Scott. We went every year, sometimes twice a year. As we would begin the planning process, Telluride was always on the list of potential places, but got ruled out year after year as being “too difficult.” The mountain is almost 50% “Black Diamond,” and we were your basic Intermediate, boring blue skiers. The winter after our divorce was final, Scott begged me to go skiing with him one last time, because he had no friends that skied. I reluctantly agreed, and woke up in a cold sweat dreaming that the divorce had only been a dream, and we were still married. A memory that haunts me 20 years later. 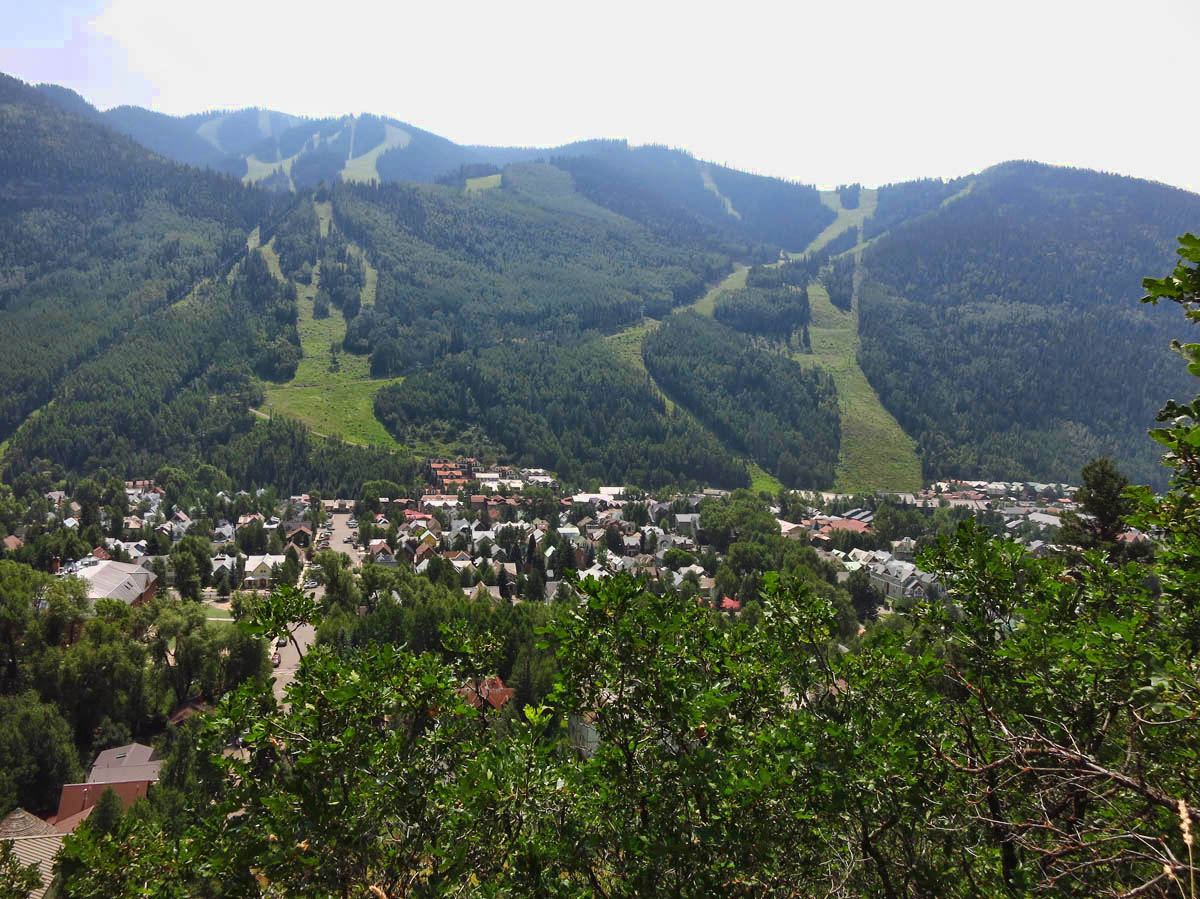 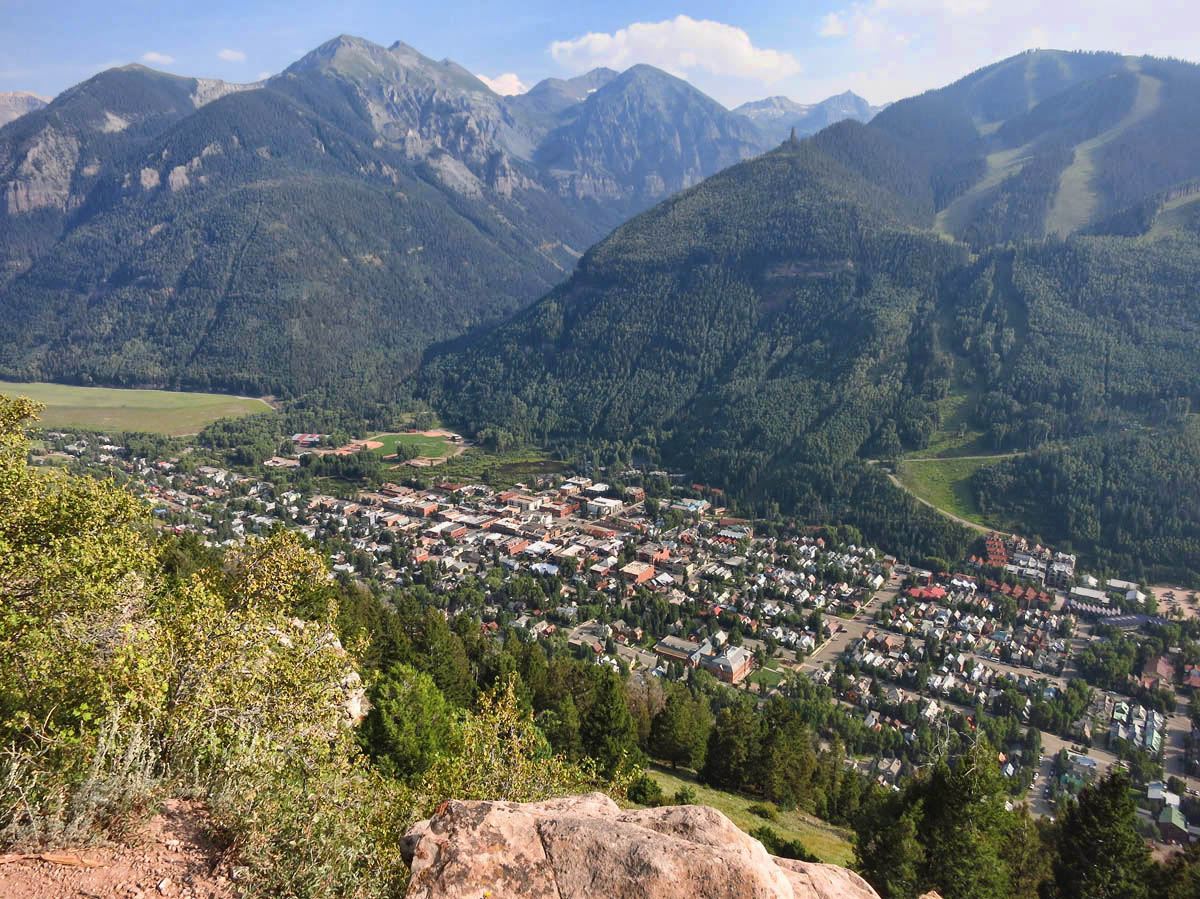 Trail is nice, but kinda “ho-hum” after vertical Ouray. 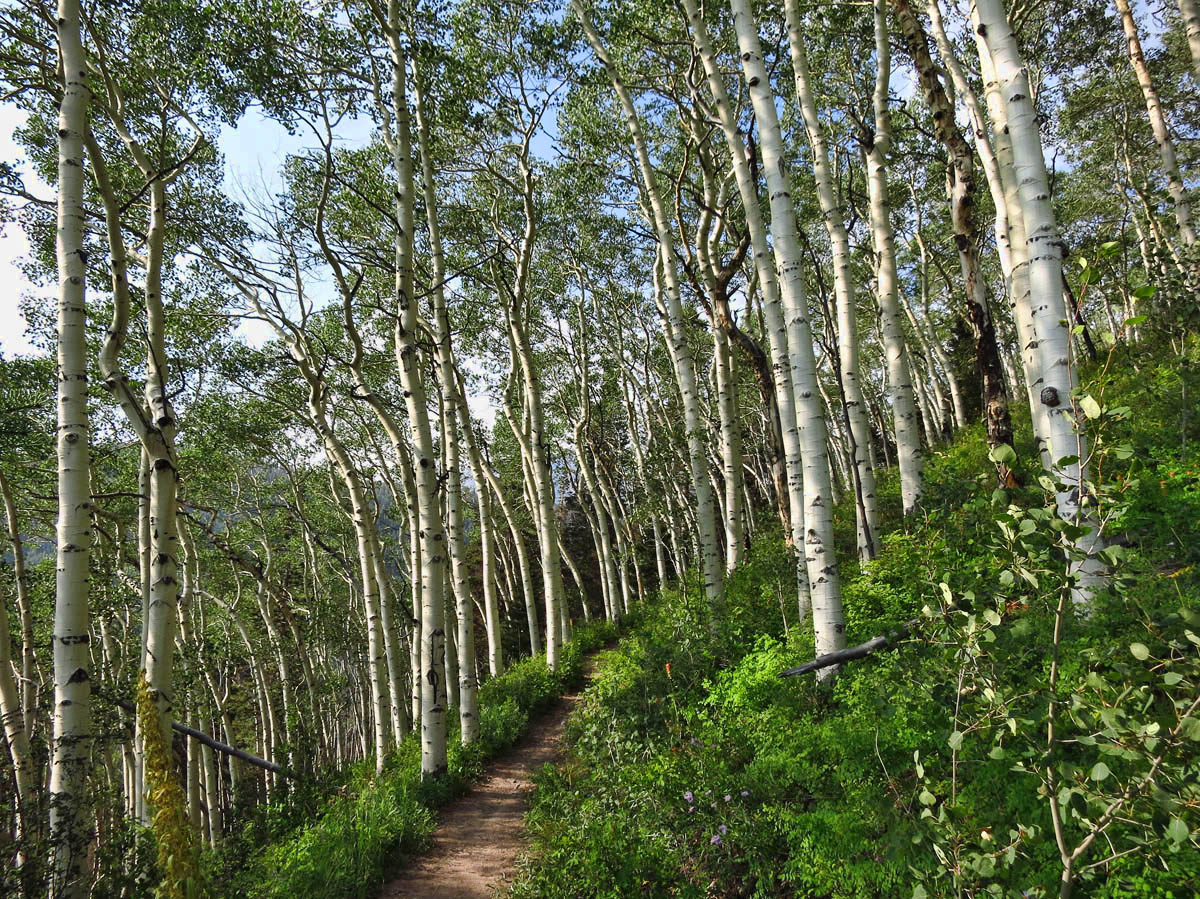 So I thought maybe I might like to try skiing again, and Telluride might be a fitting place come winter. But I am not sure the “snooty factor” equals the quality and quantity of ski runs. I would expect Aspen with its celebrity sighting reputation to be snooty. Or Vail with its unparalleled back bowls. But a tiny little mining town? I am not sure her attitude is warranted, from what I saw in her summer dress. I was shocked out of my Salomons to learn a regular season lift ticket now costs $114 a day! 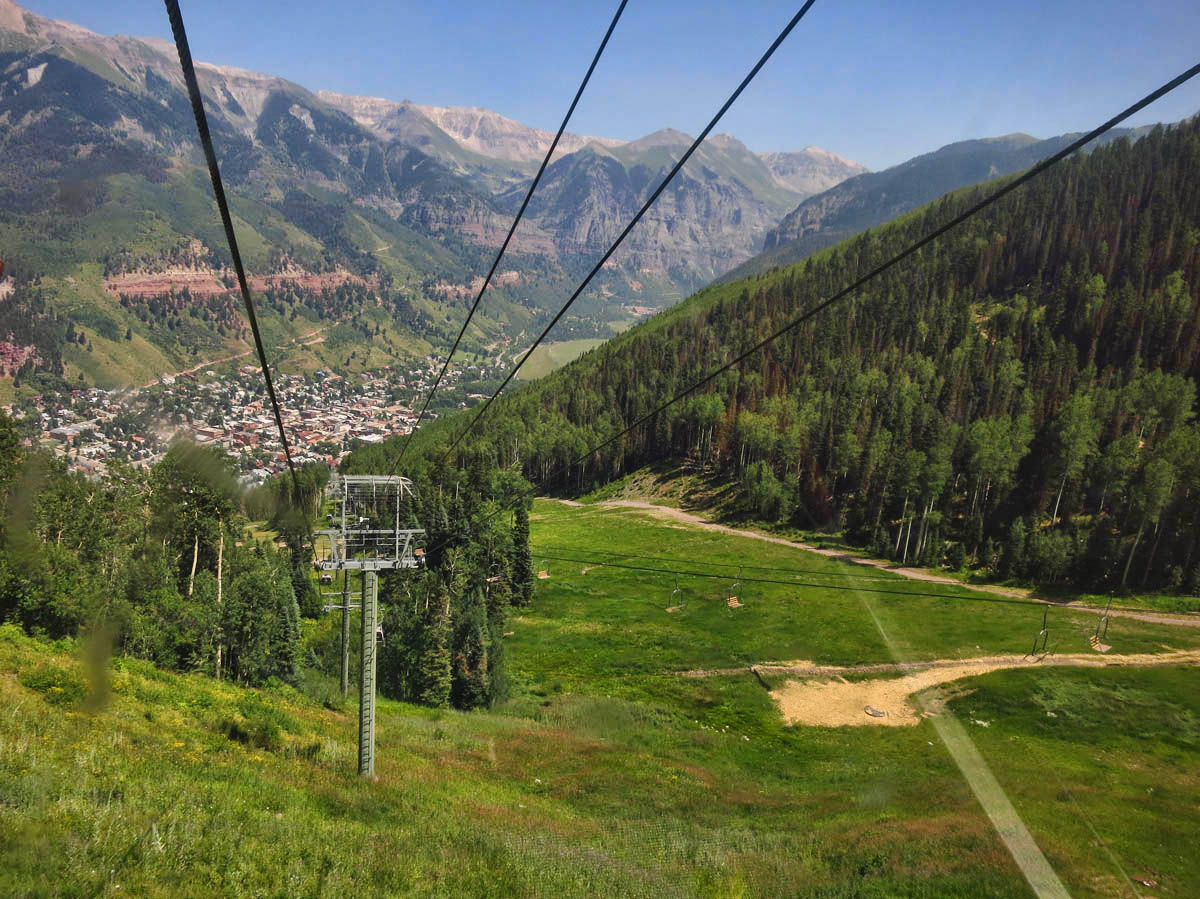 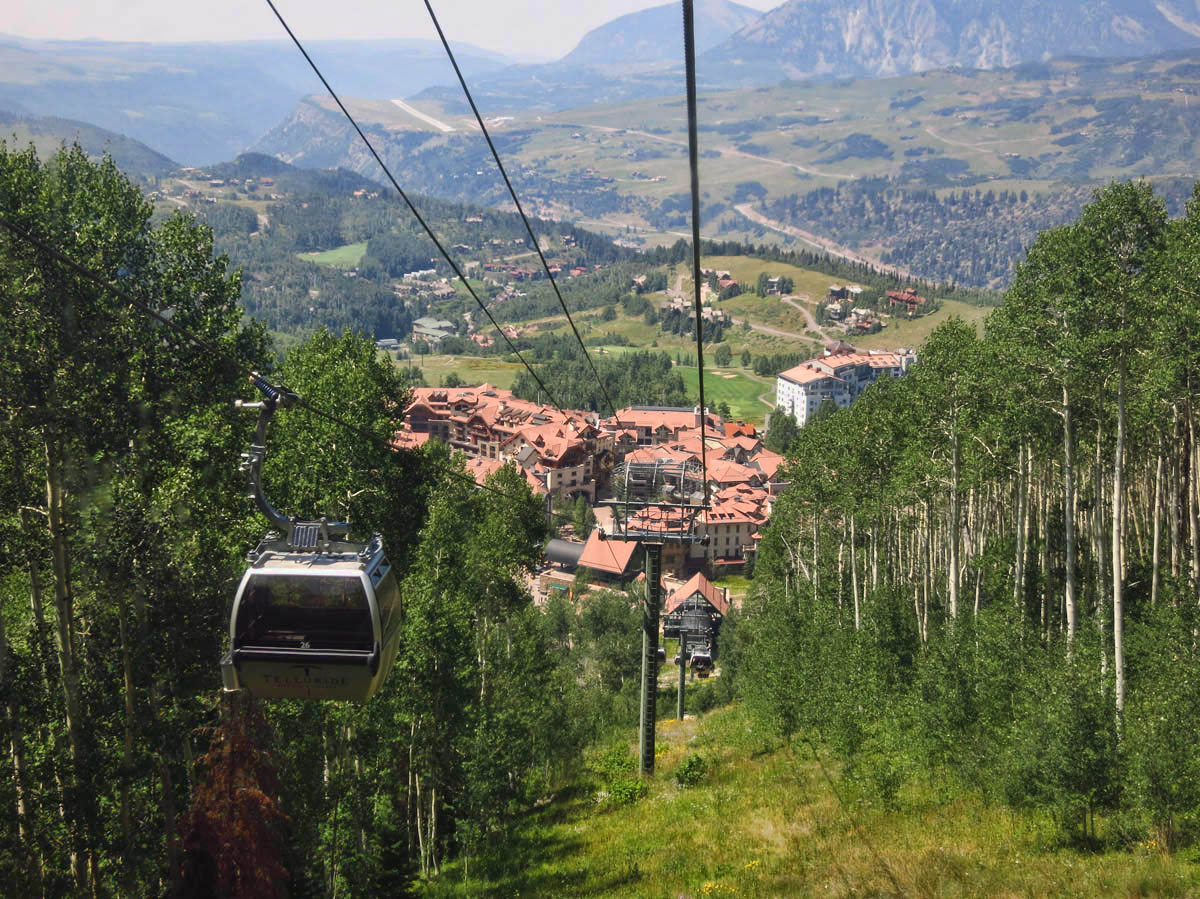 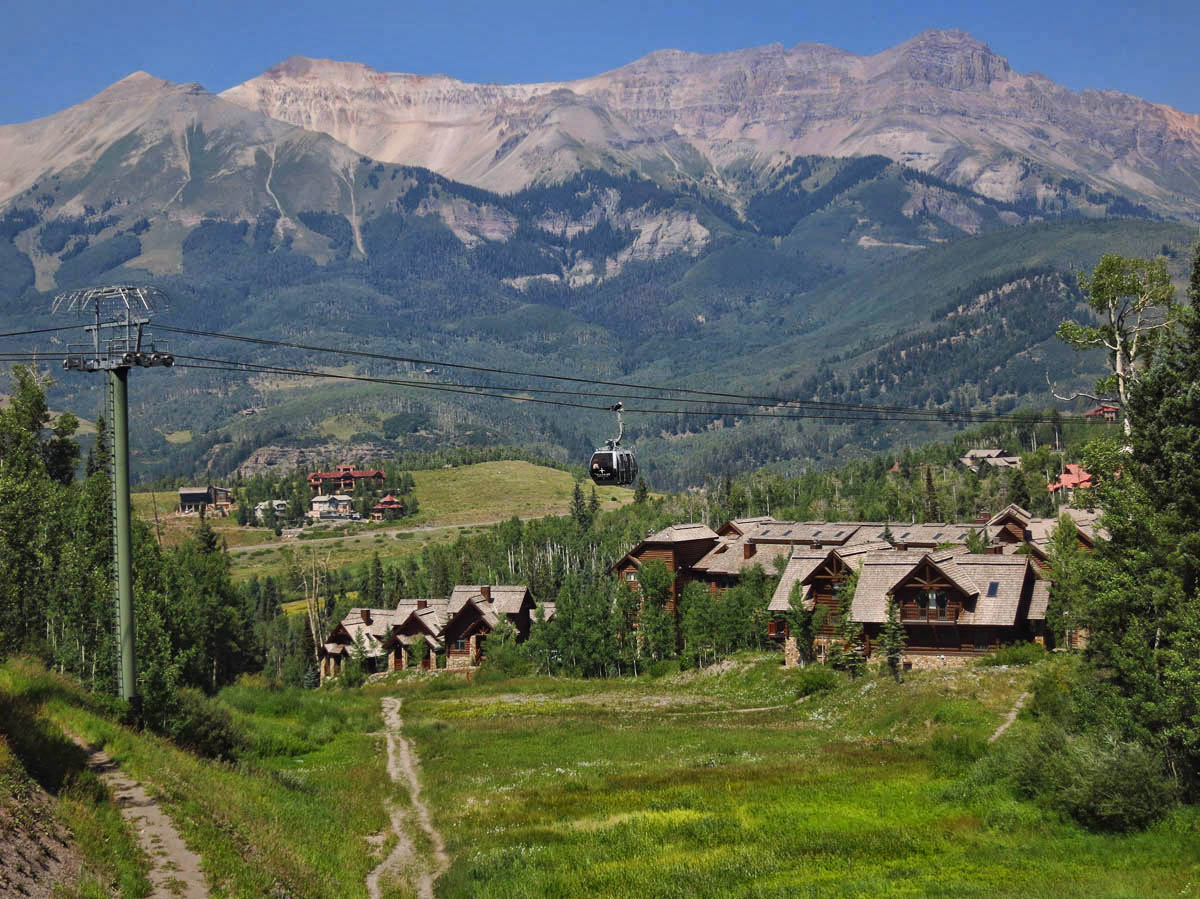 I highly recommend the Town Park Campground, within walking distance of everything. Just a great campground all around, as long as you tend to be on the smaller side. Some resources will tell you there are 40 campsites, but it is important to note, only 10 of those are recommended for RVs, with a maximum length of 30ft. No hook-ups, no dump station, but they have a lower than usual geezer threshold at 59 1/2, so this incredibly convenient location right off the main street in Telluride only cost me $19 per night. There’s a swimming pool, tennis courts and river path right next door. 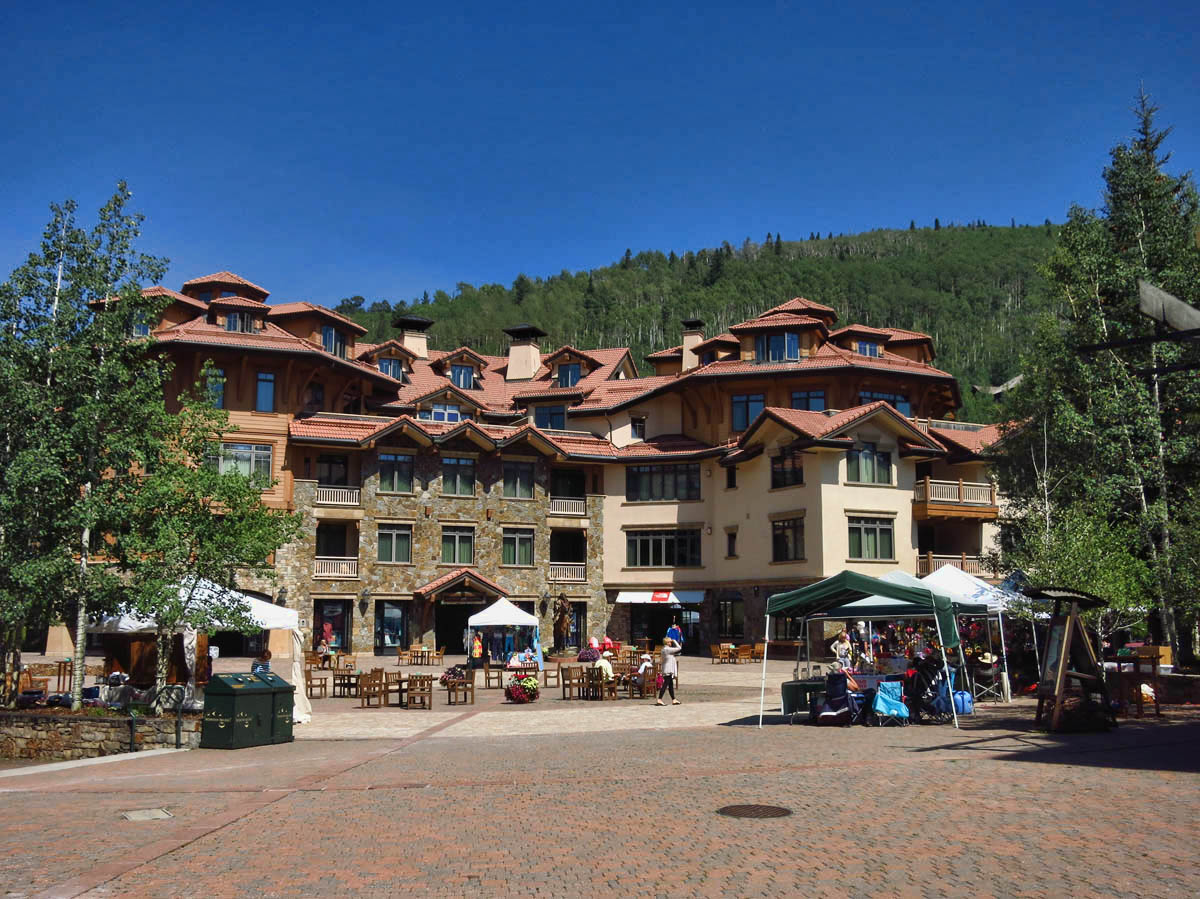 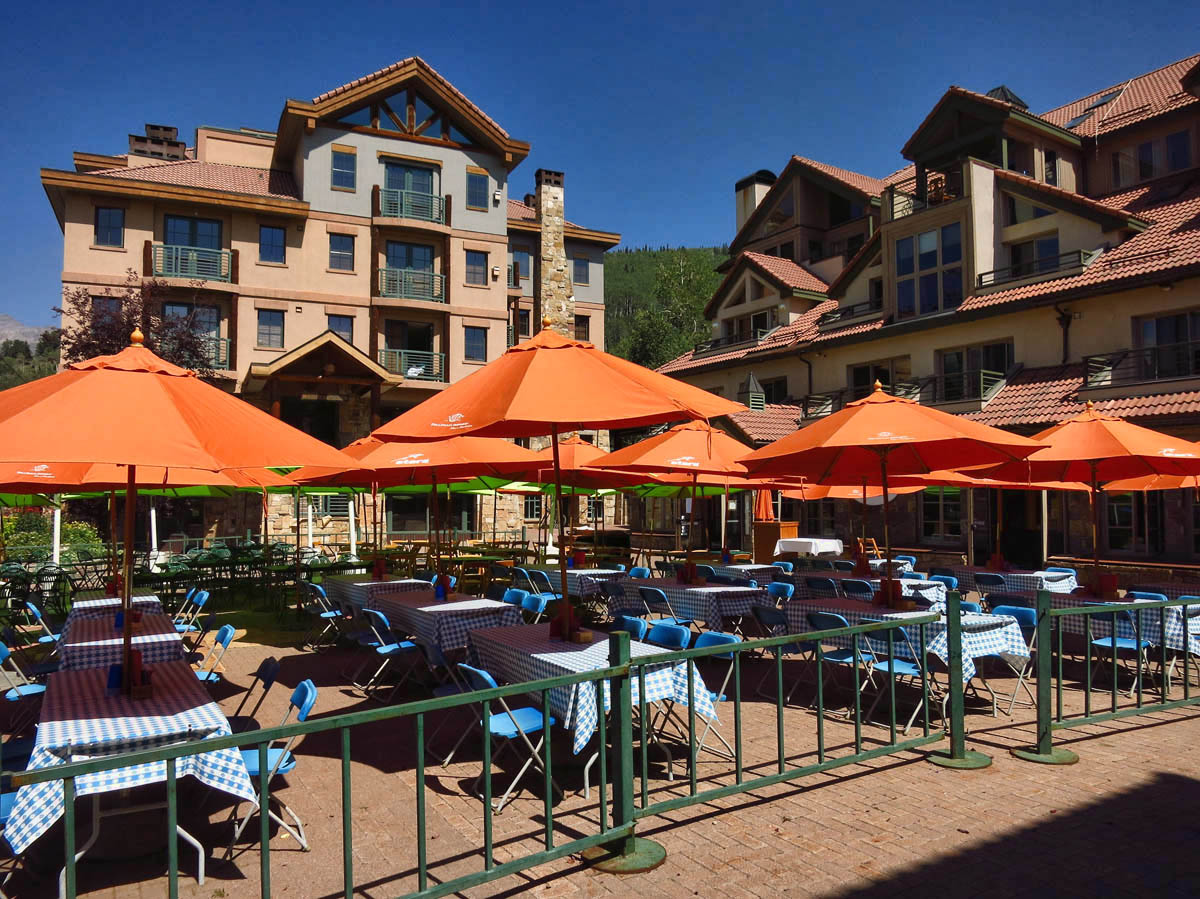 Lots of outdoor dining opportunities, this one right across from the sunset concert series. 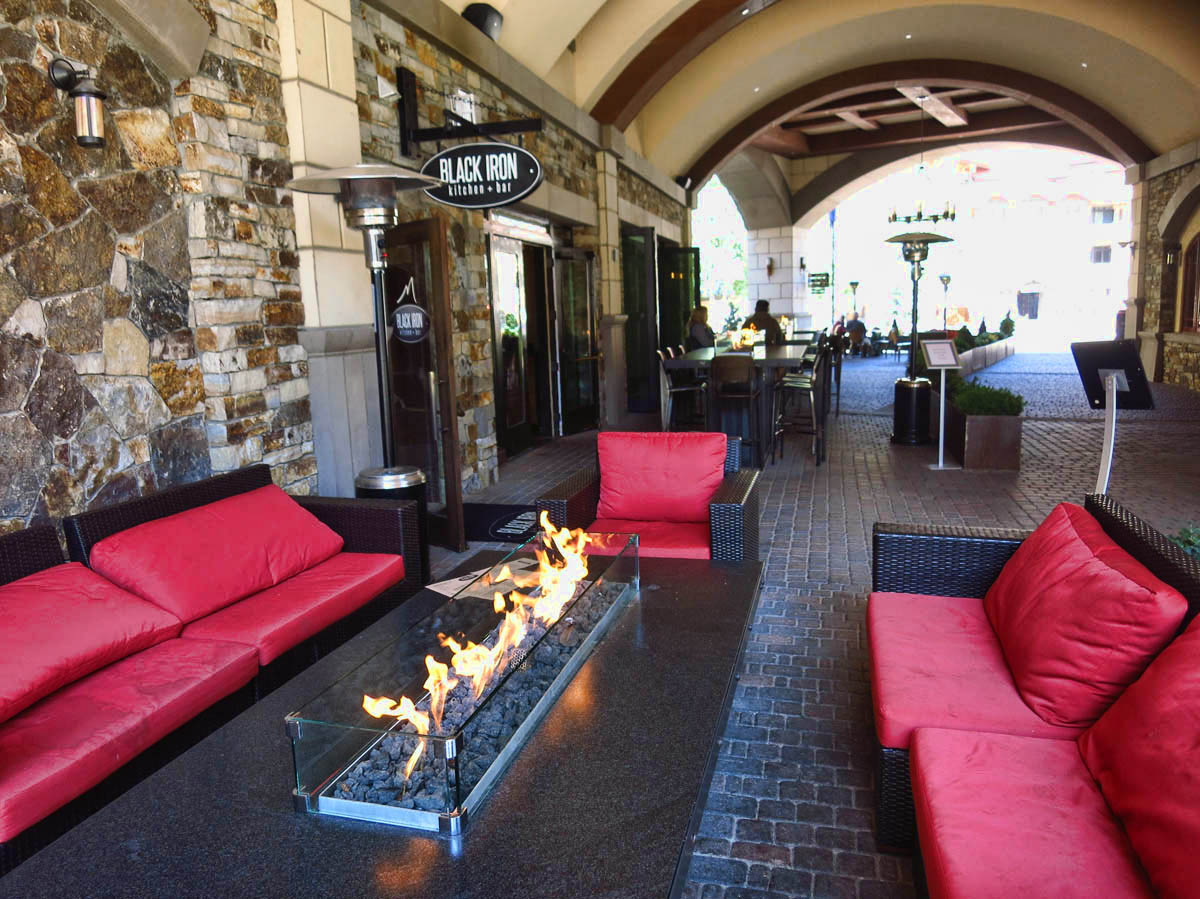 There is a bit of “excess” going on here at Mountain Village, with three gas fireplaces going, none of them attended.

But my favorite part of Telluride by far was the gondola rides. There are two, and I rode them both a couple of times. This is the first FREE transpiration of its kind in the US. It has been in operation since 1996, and since that time, has safely transported over 26 million riders up the mountain at 11 mph. It has a vertical rise of 1,778 feet, and is three miles long, bridging downtown Telluride with the ski resort of Mountain Village in thirteen minutes. 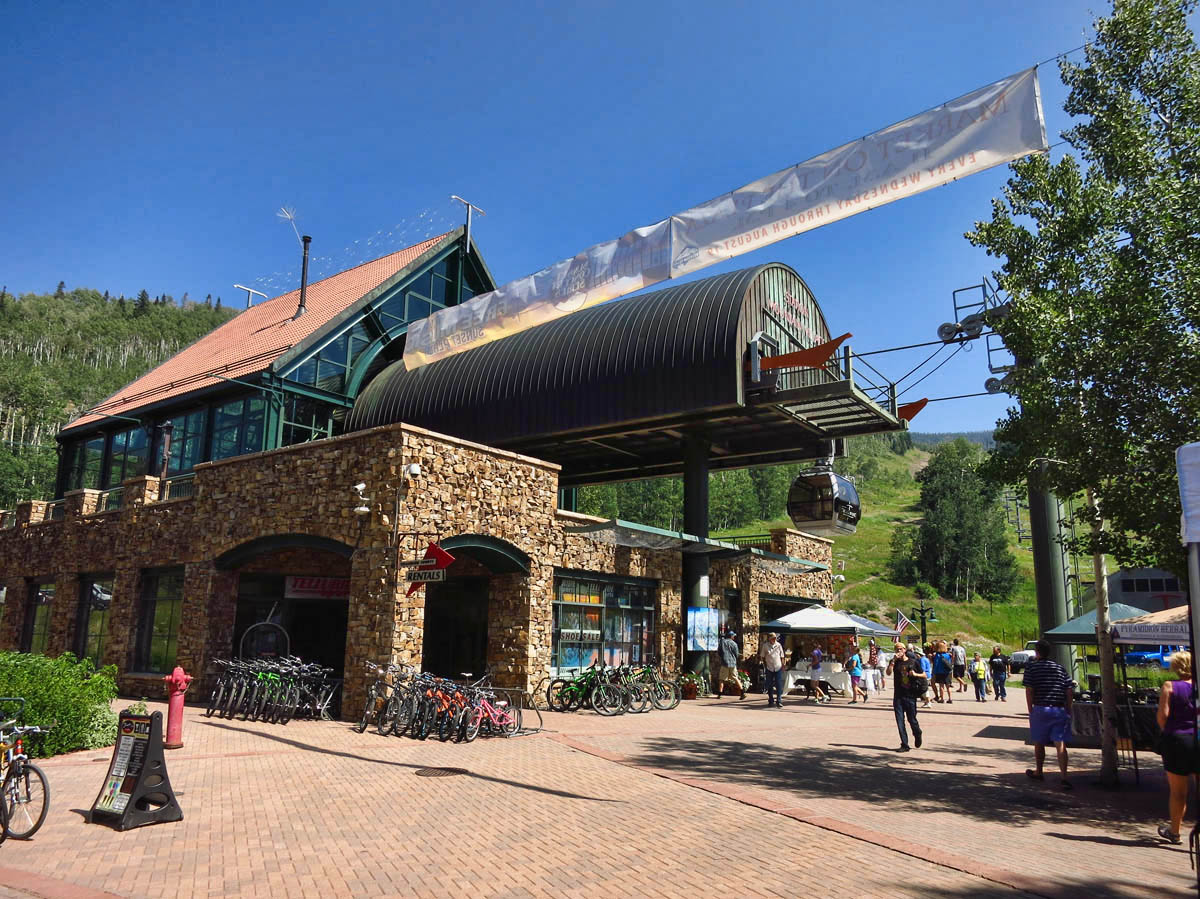 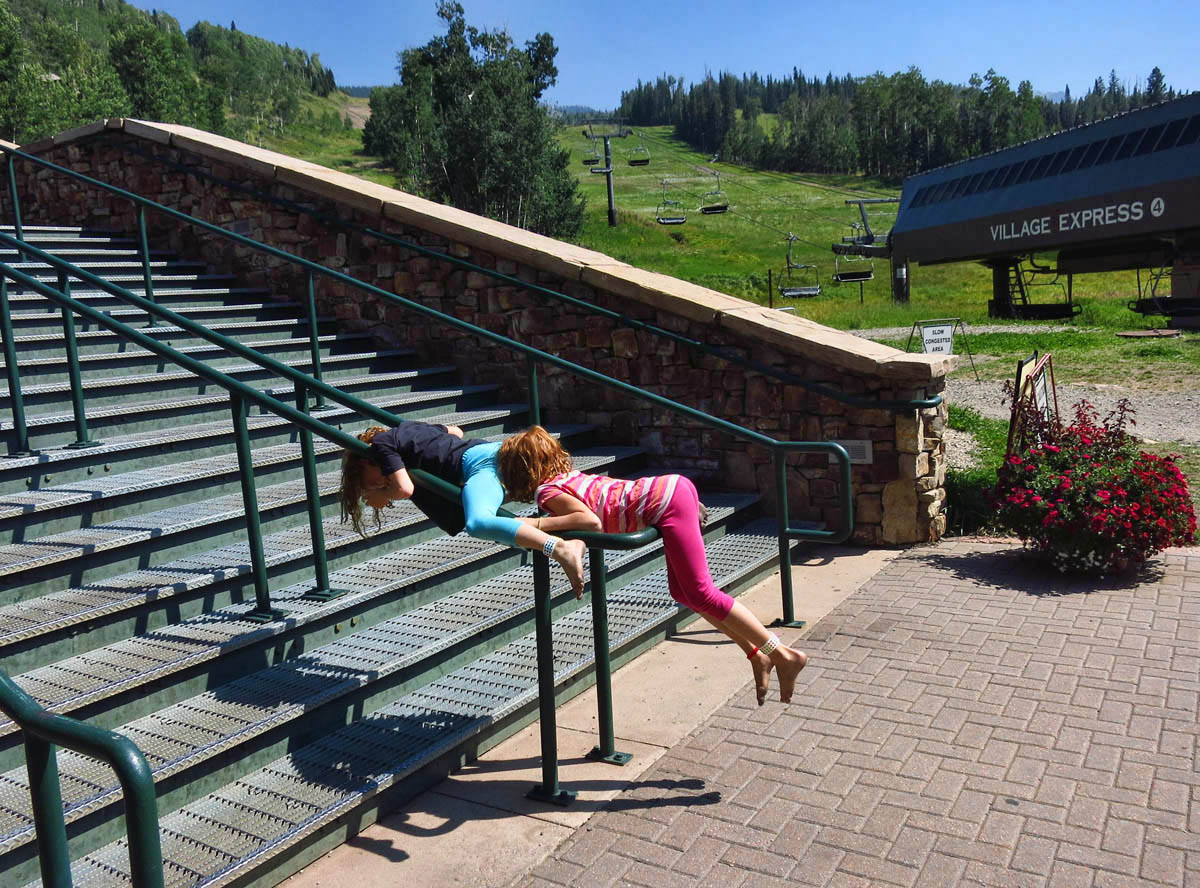 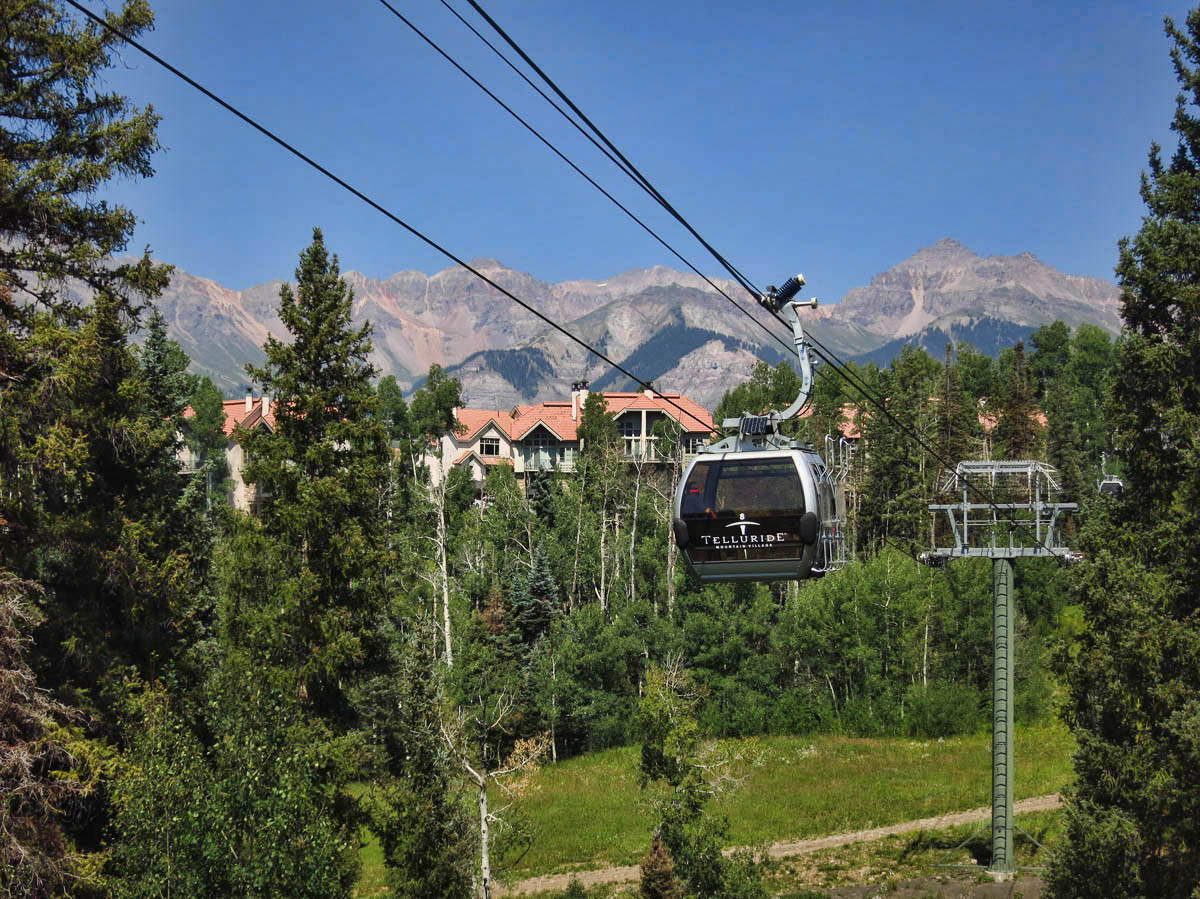 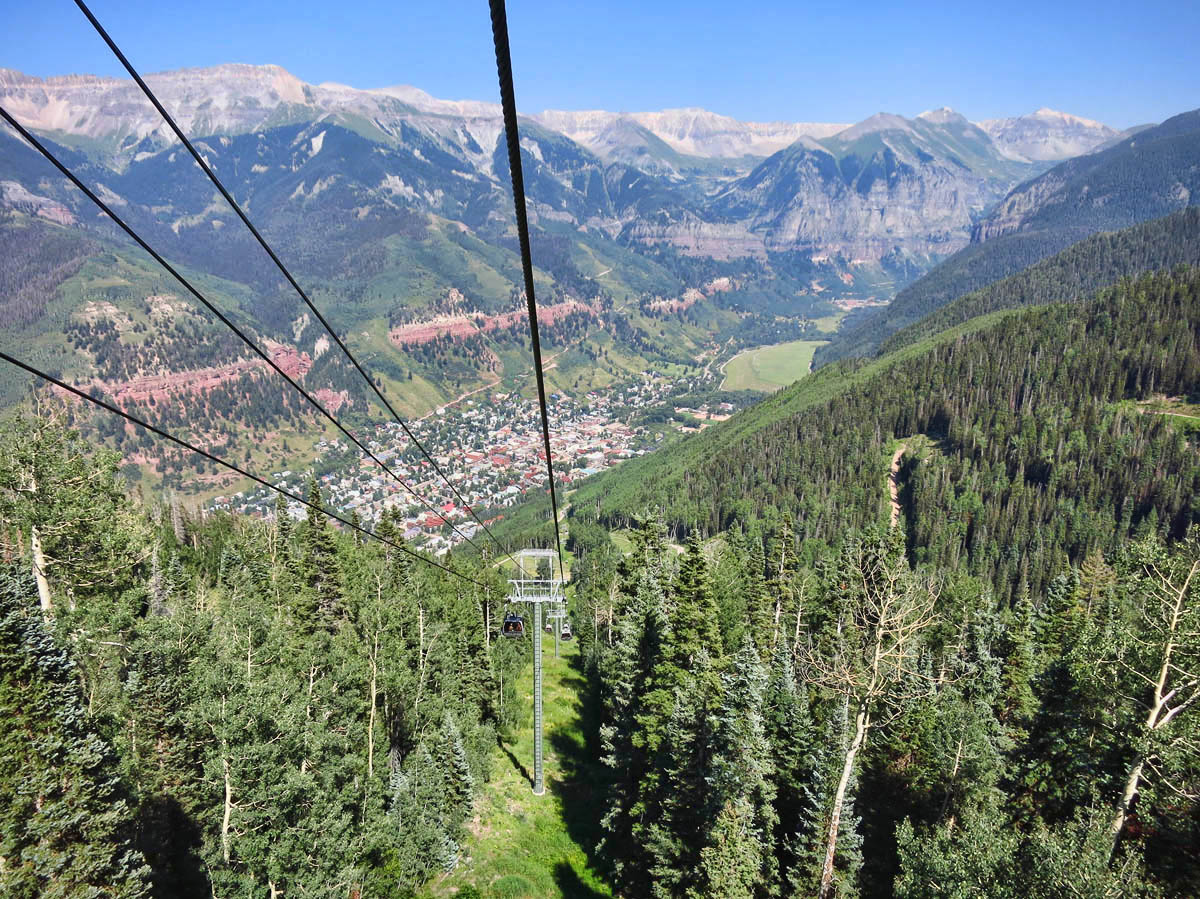 And if all that is not reason enough to visit, well, I had two outstanding meals here, the “Railjam” pizza from High Pie, thin artesian crust with onion jam, pears and prosciutto, paired with a velvety smooth Left Hand Brewery Black Jack Porter. An equally delectable dining establishment is Smuggler’s Brewery with a smorgasbord of brews to match their gourmet burgers. I highly recommend their white truffle, wild mushroom burger topped with bleu cheese, chives, and crispy fried onions. 😉 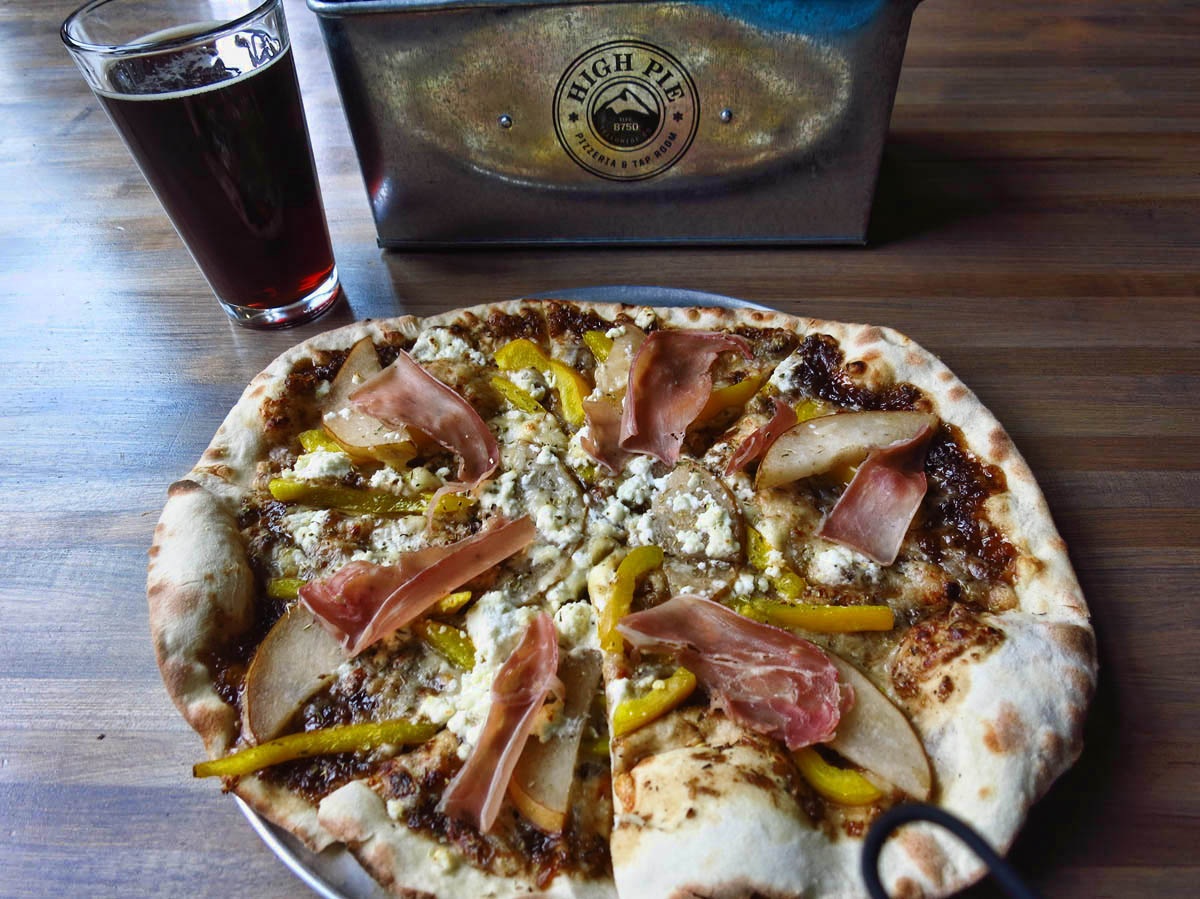 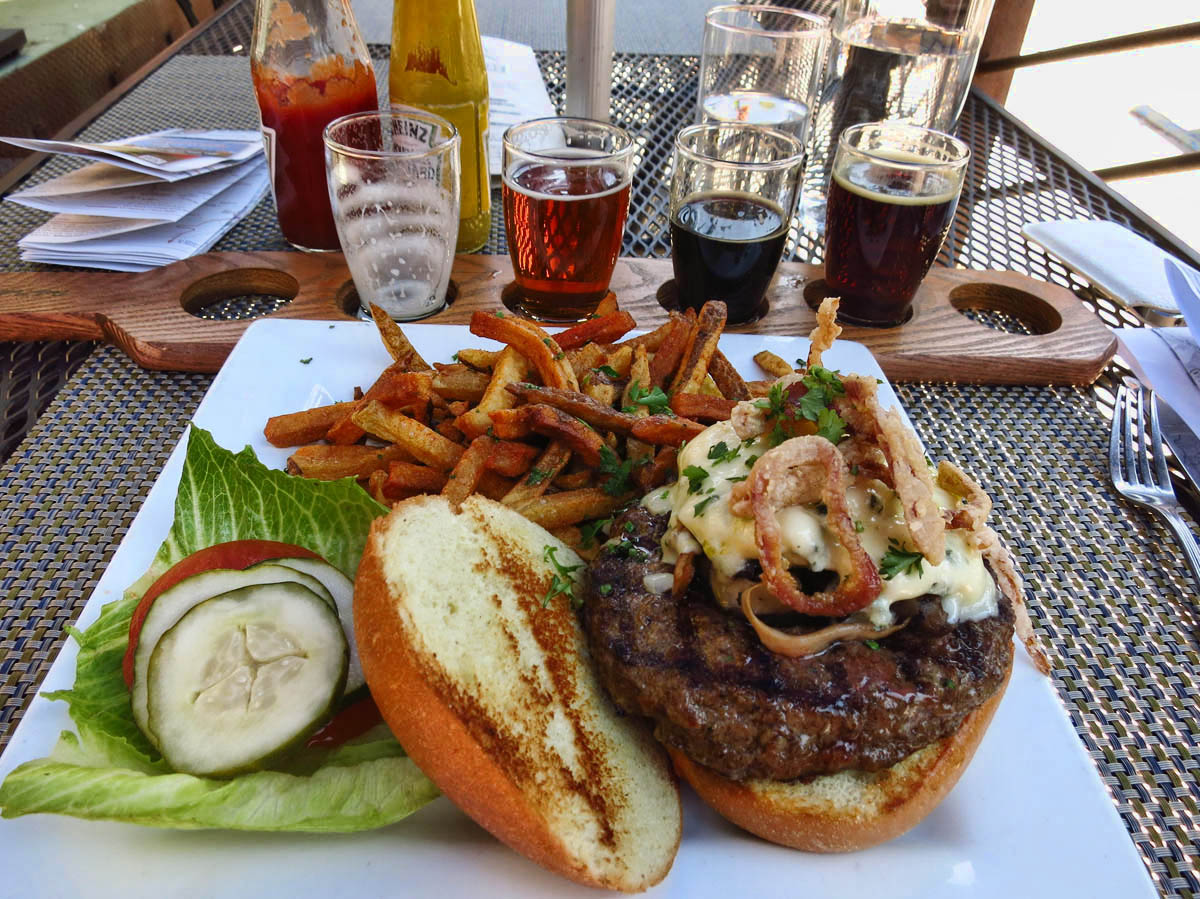 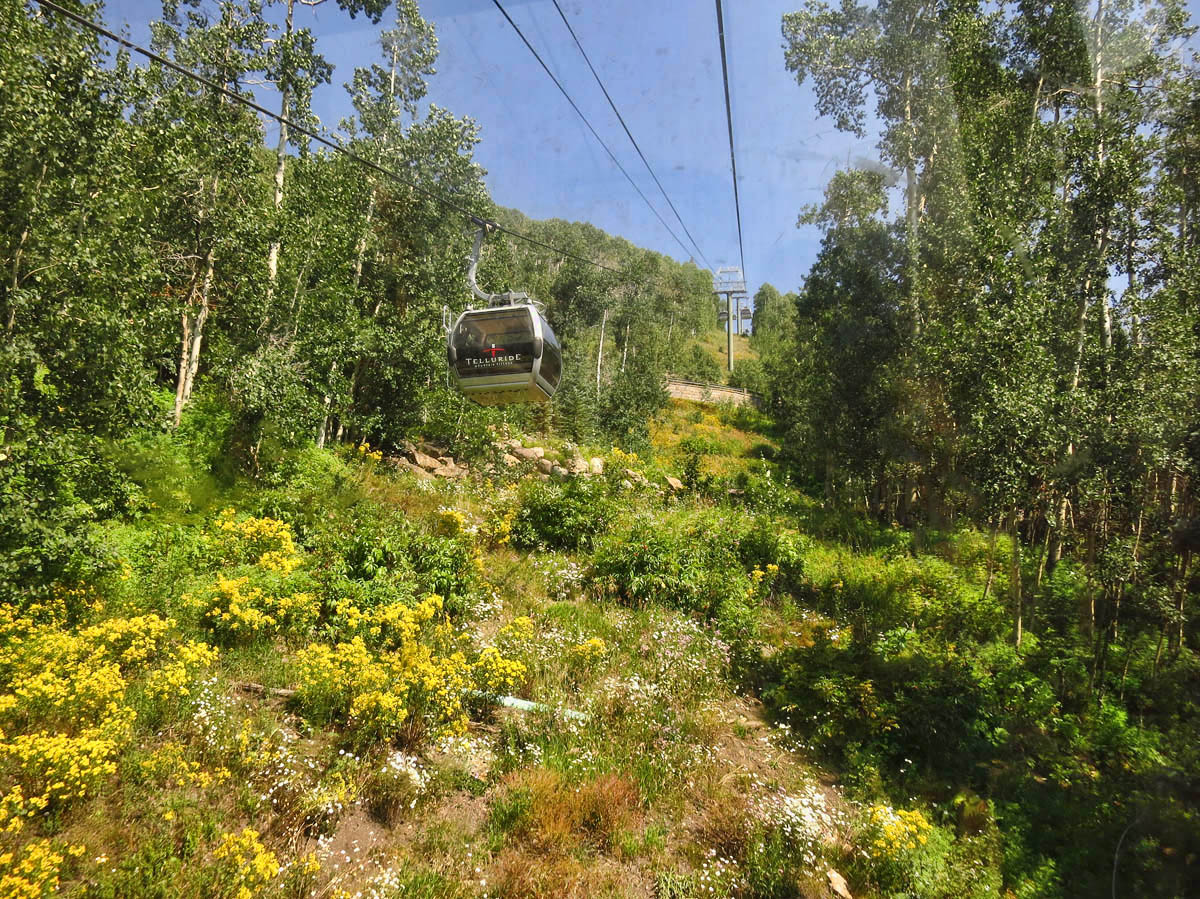 Back over the mountain through the wildflower fields.

But if you go, bring your American Express Card, as a Ticket to Ryde in Telluride doesn’t come cheap! 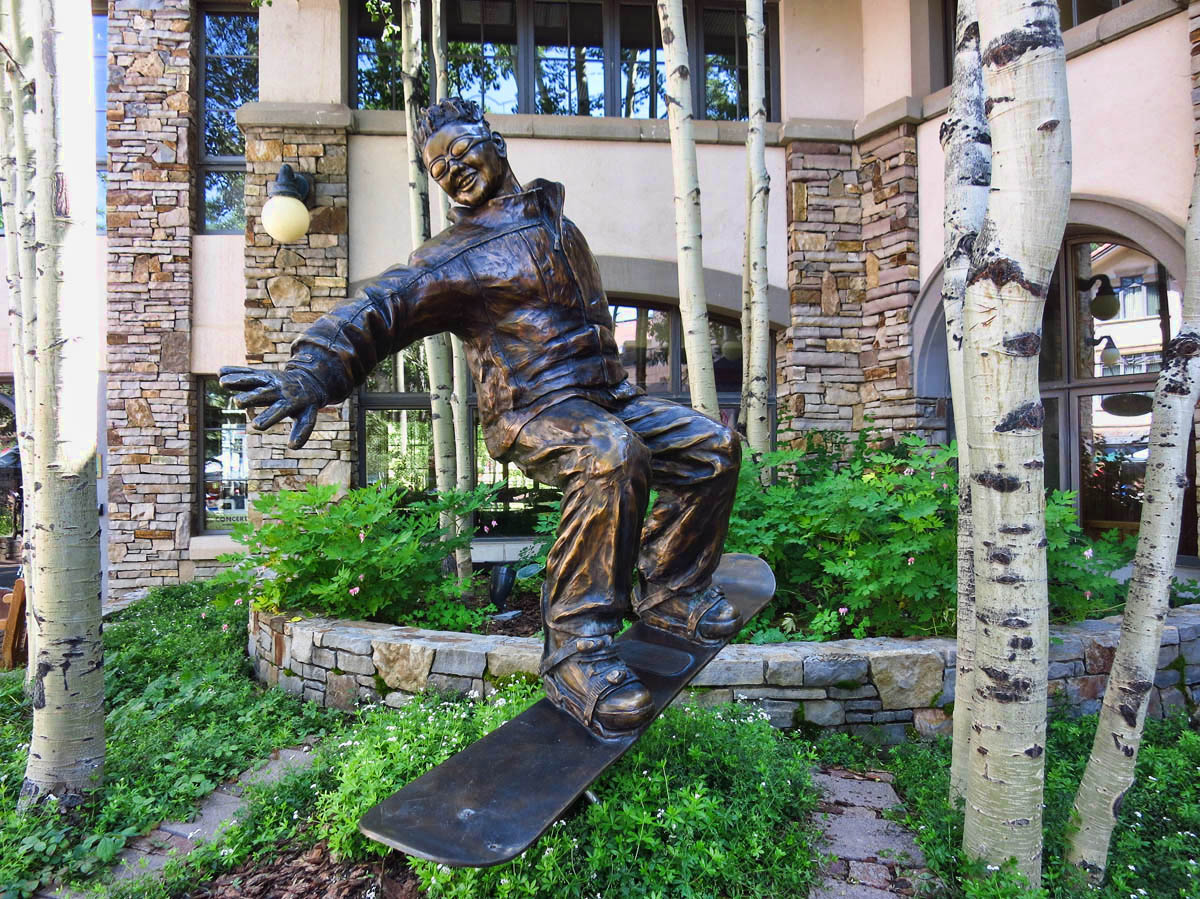 25 thoughts on “Ticket to Ryde in Telluride”