“For myself I choose to listen to the river for a while, thinking river thoughts, before joining the night and the stars.” ~ Edward Abbey 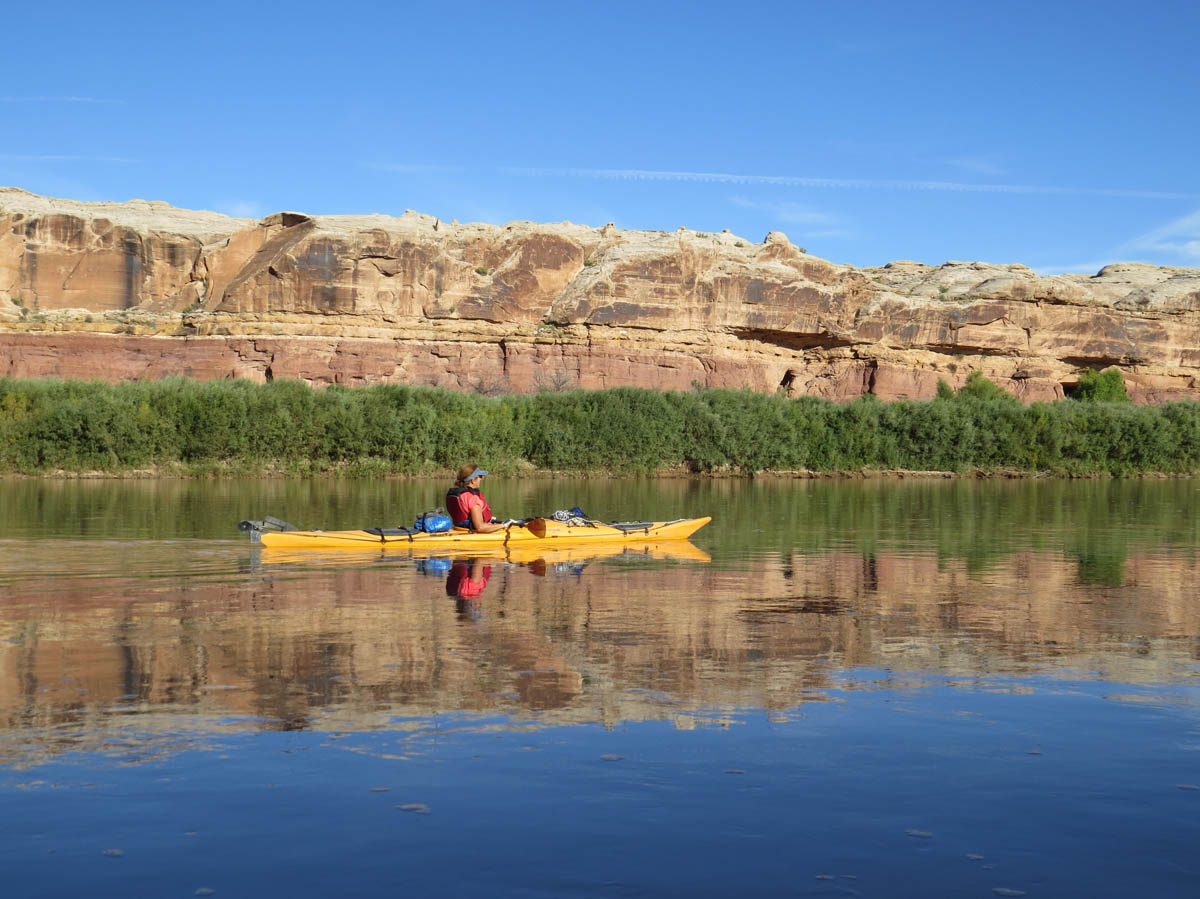 Thank you, Alan for capturing these reflective moments… 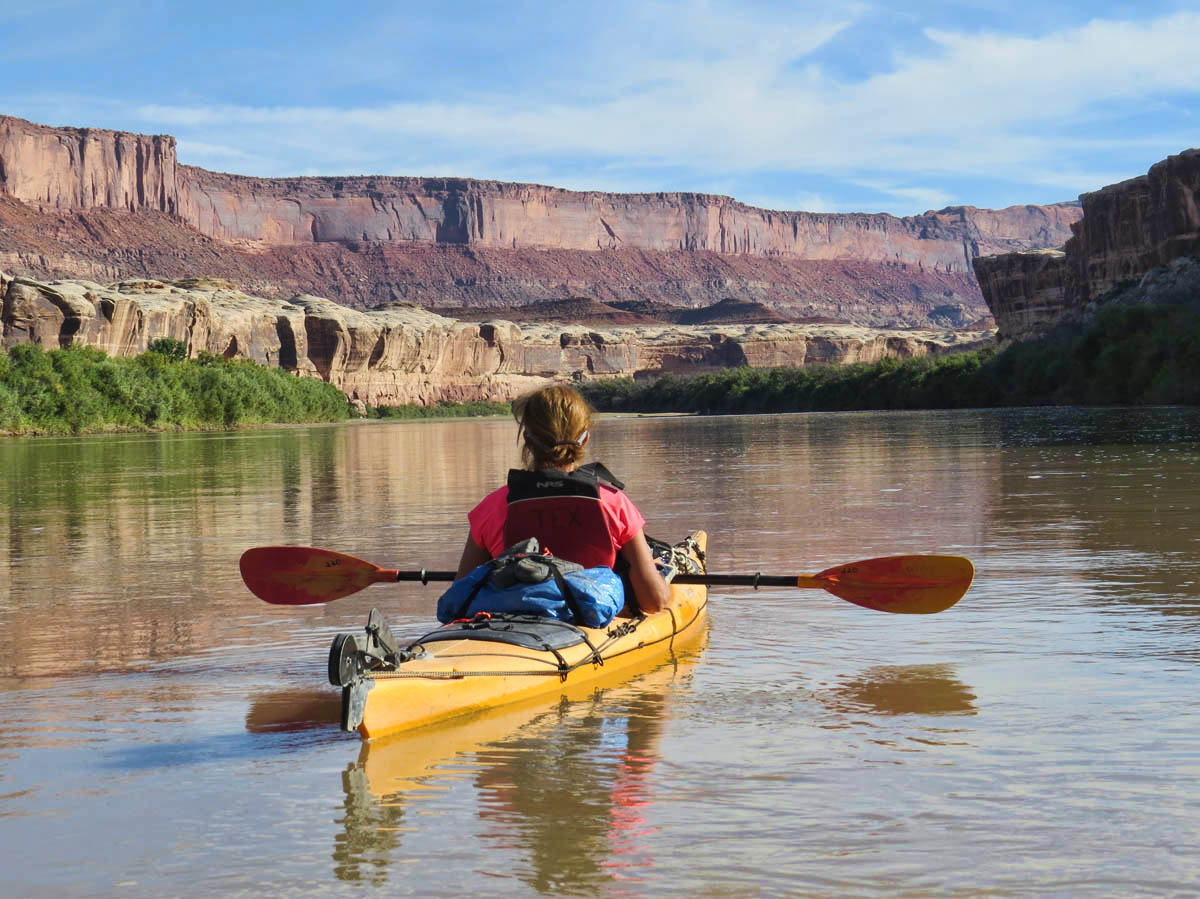 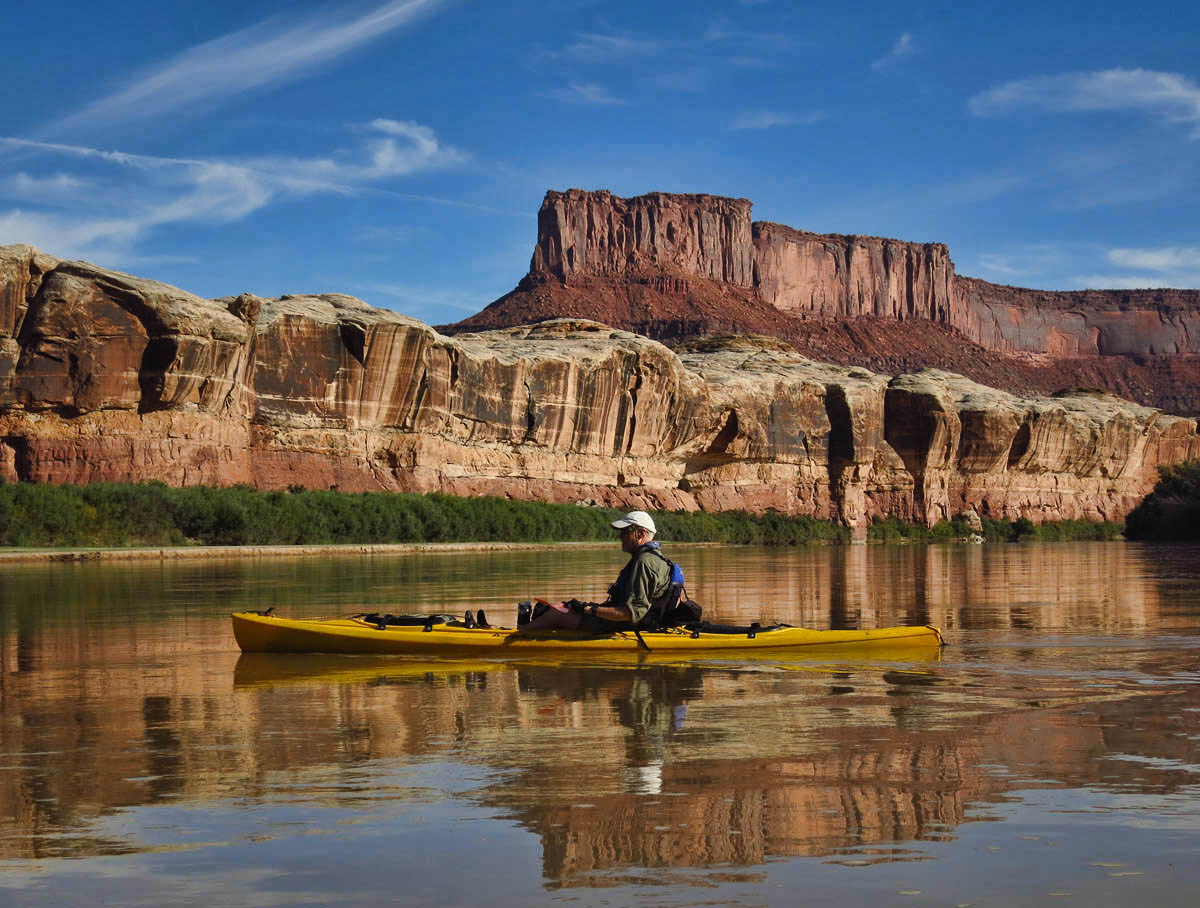 Now, it’s Alan’s turn for some reflective shots. We don’t want to arrive at the next campground too early, as the previous nights inhabitants may still be there, so this is more of a “float” than a “paddle.” 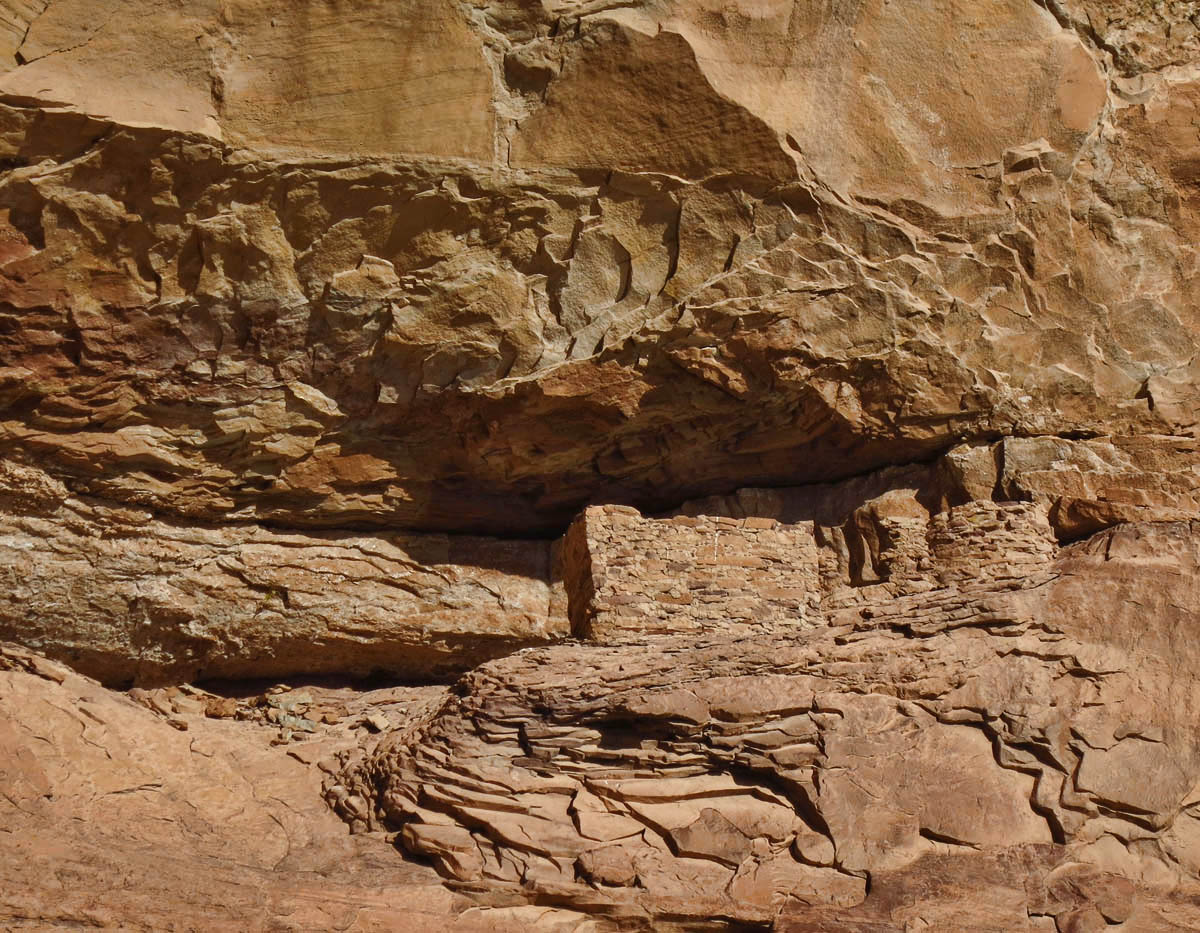 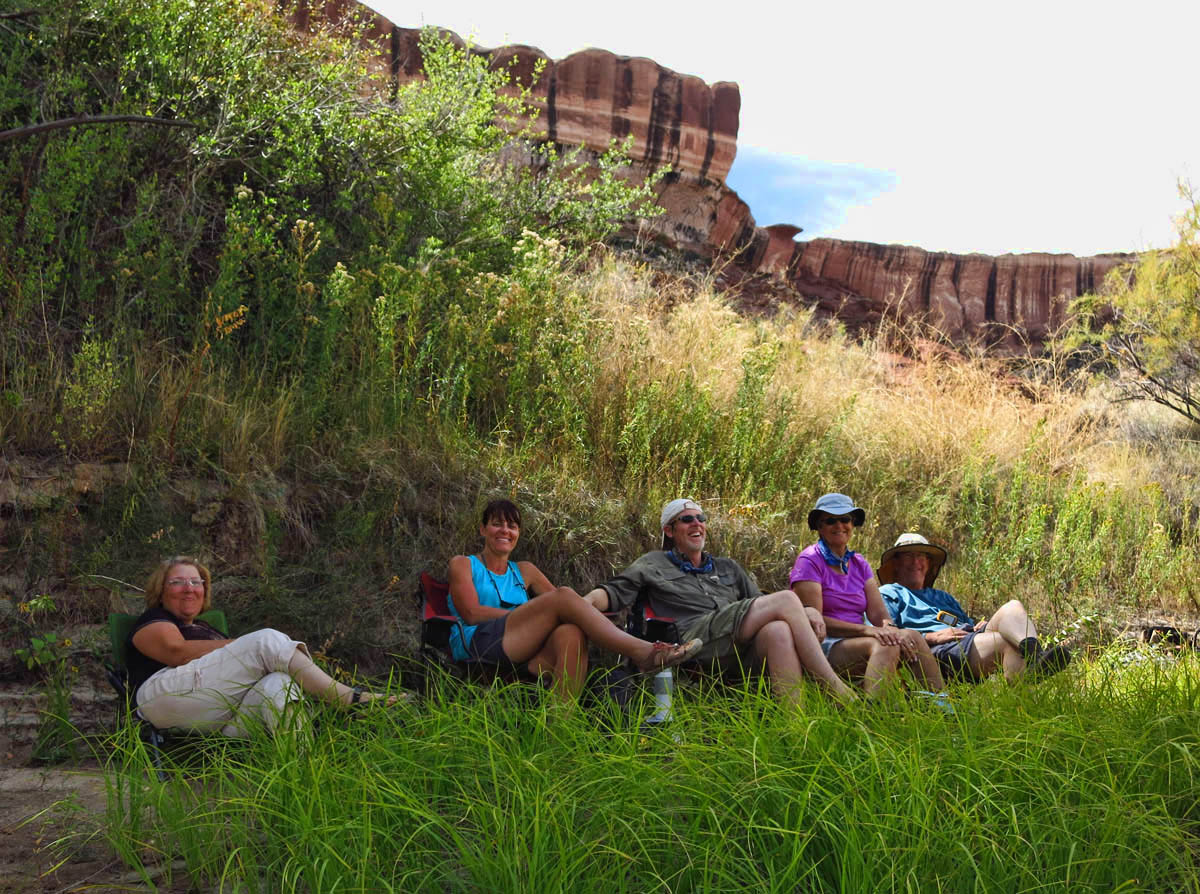 Found some shade for the “kitchen” once again. 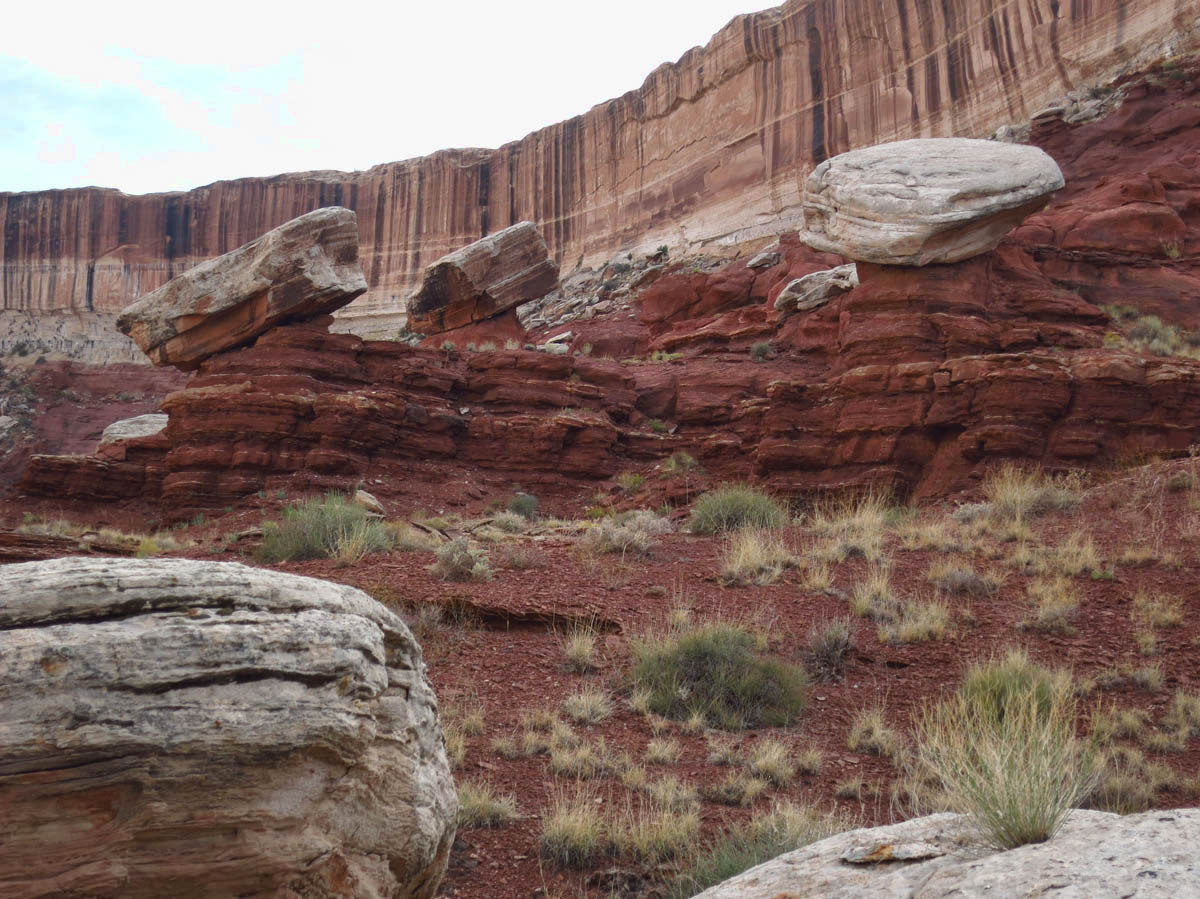 Some very precariously perched rocks along the hike to the local version of “Newspaper Rock.” 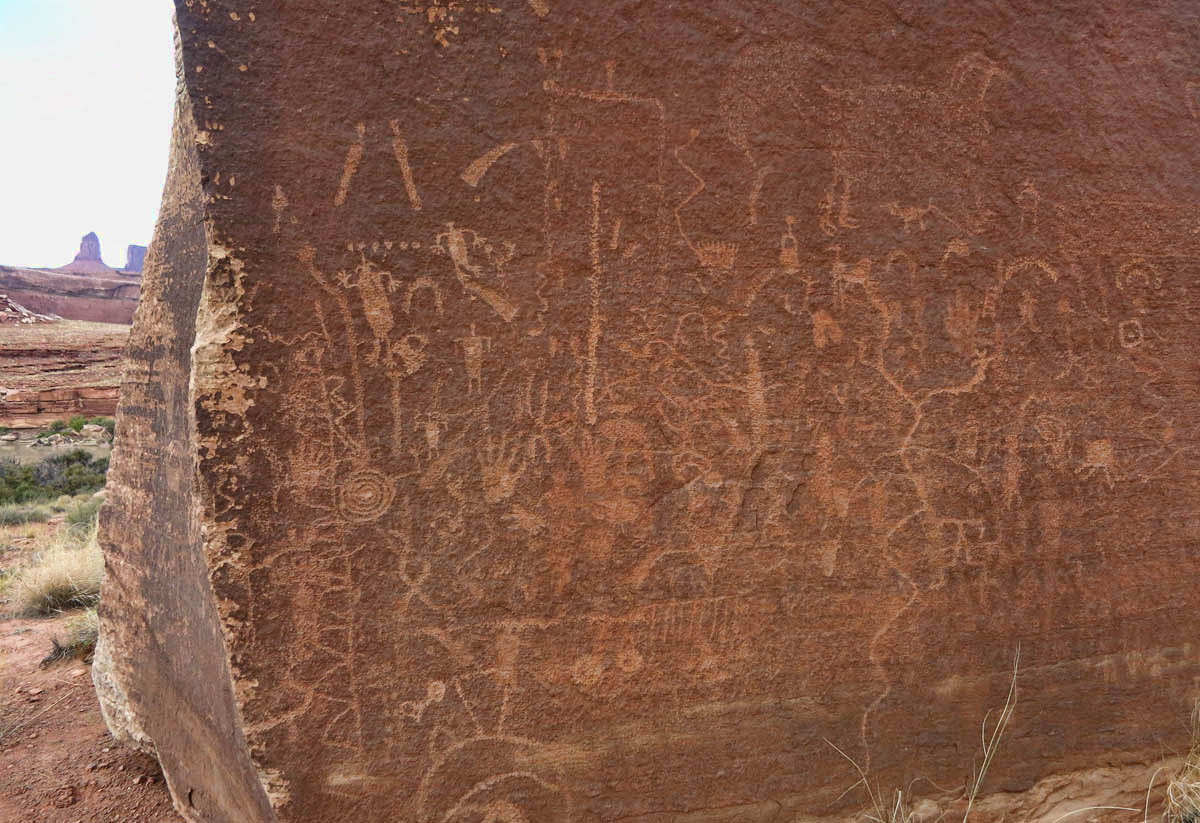 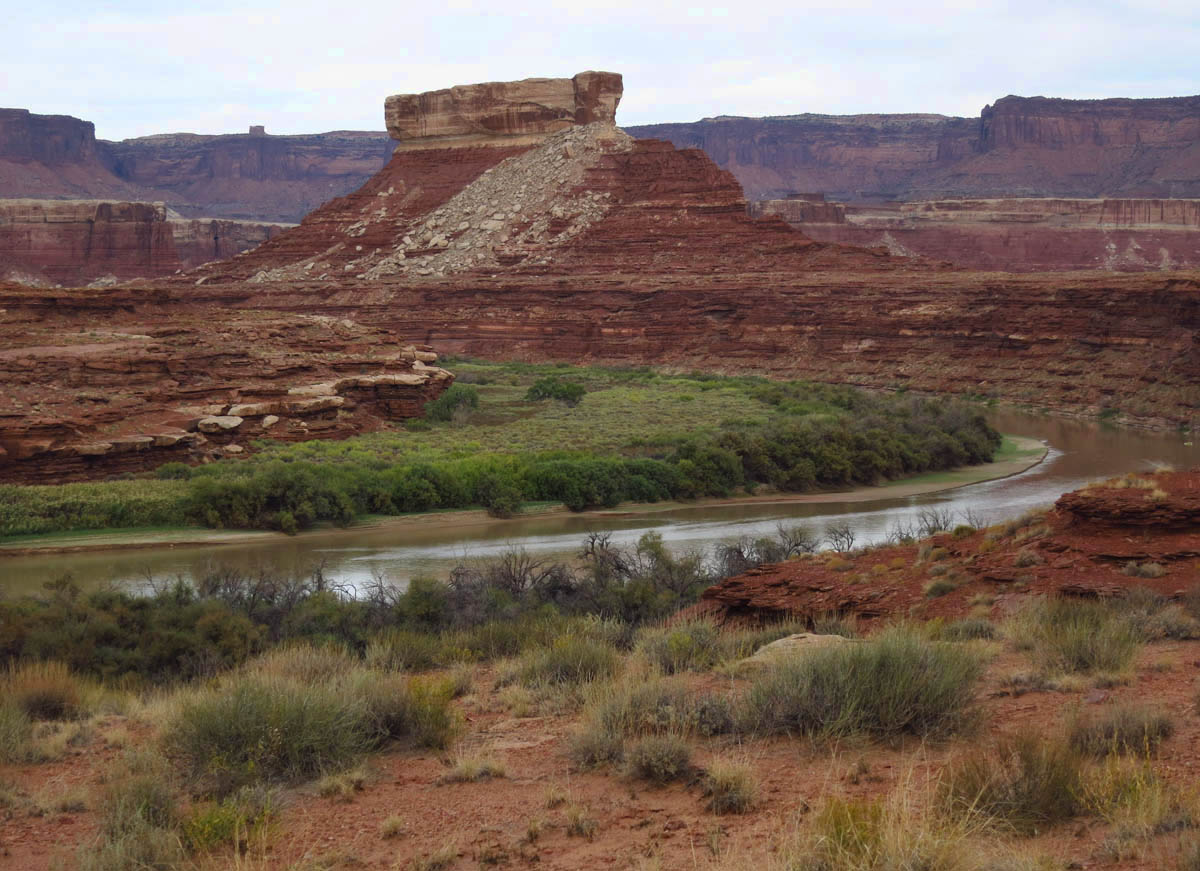 The large rock structure in the distance is “Turk’s Head.” We will travel around to the other side tomorrow and camp. 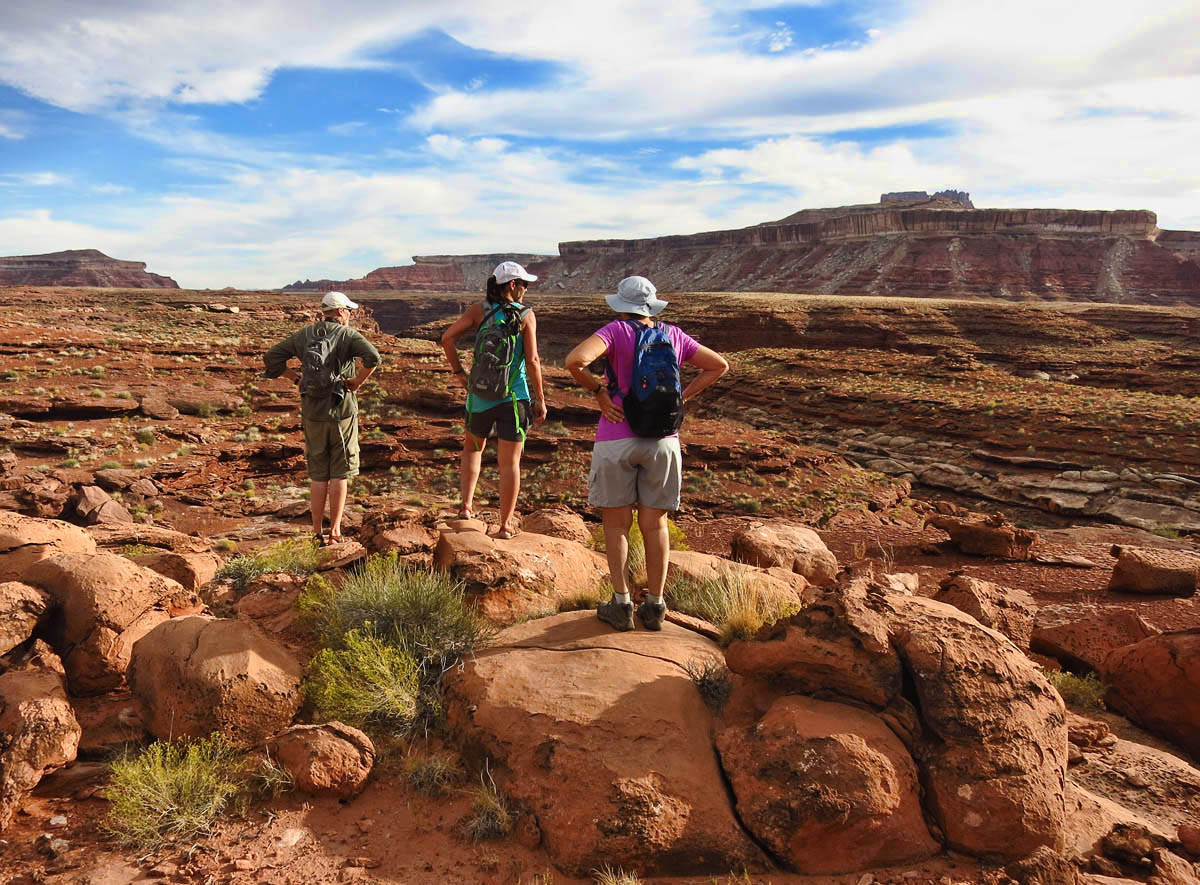 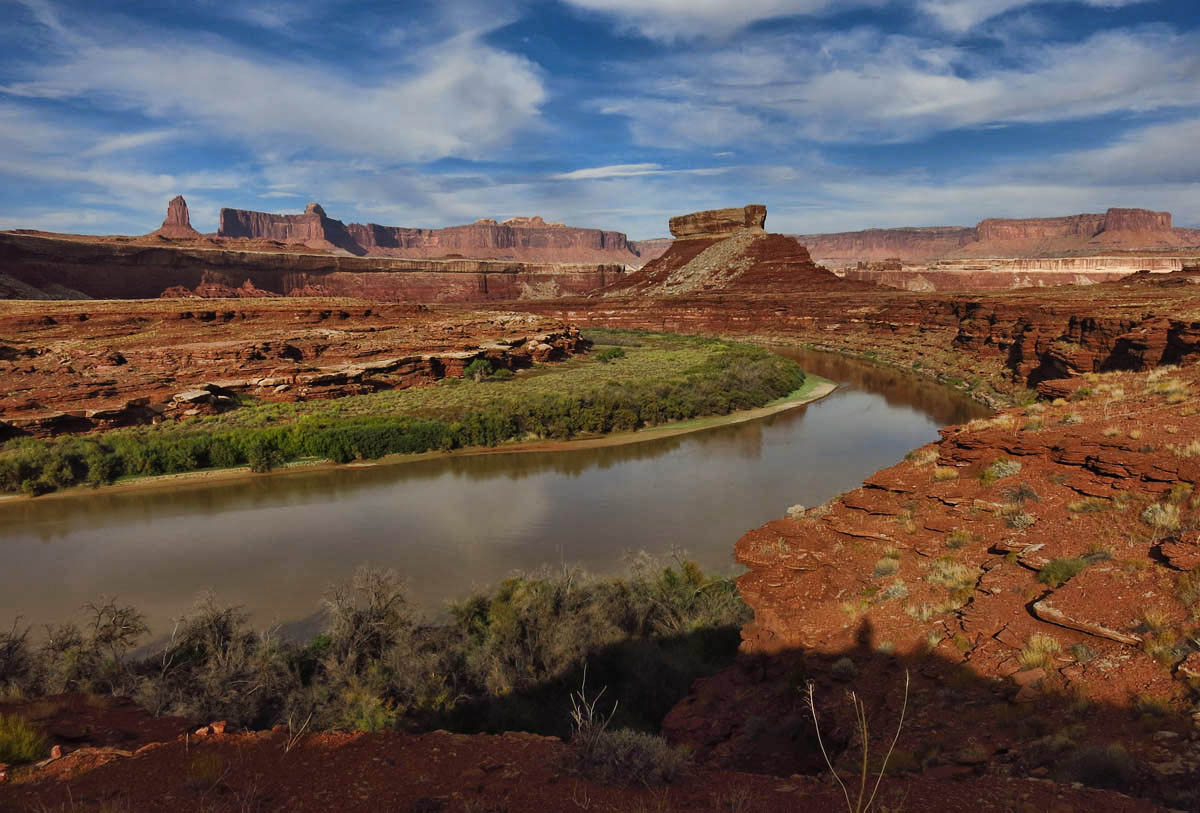 The Green River makes horseshoe bends many times on our trip. The river will loop around Turk’s Head, doing a 180 degree turn. 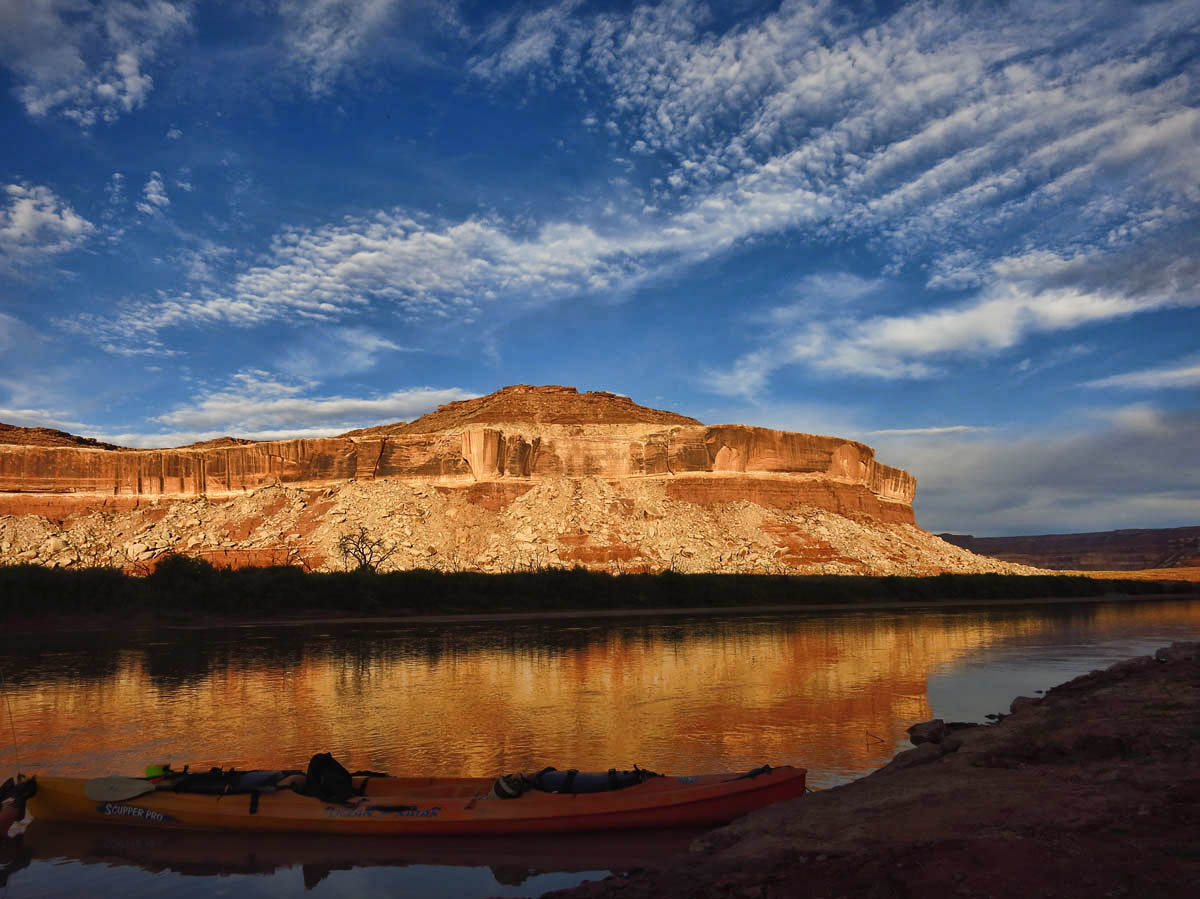 Sunset on the river from Lower Cabin Bottom. 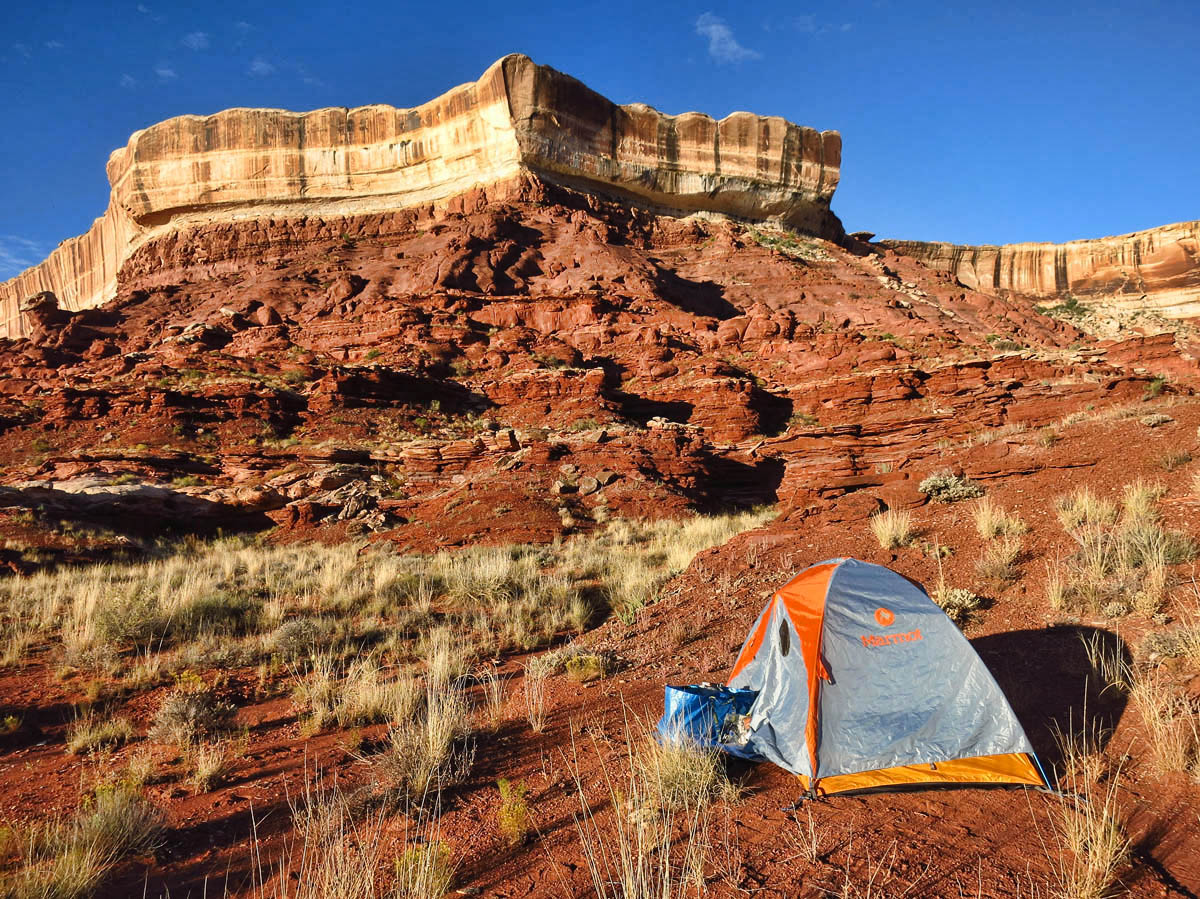 I think this was my favorite campsite, a “satellite” location with a view of Turk’s Head behind me. I attempted to sleep without the rain fly this night to watch the shadows of the moon reflecting on the rock, but got too cold at 2:30am. 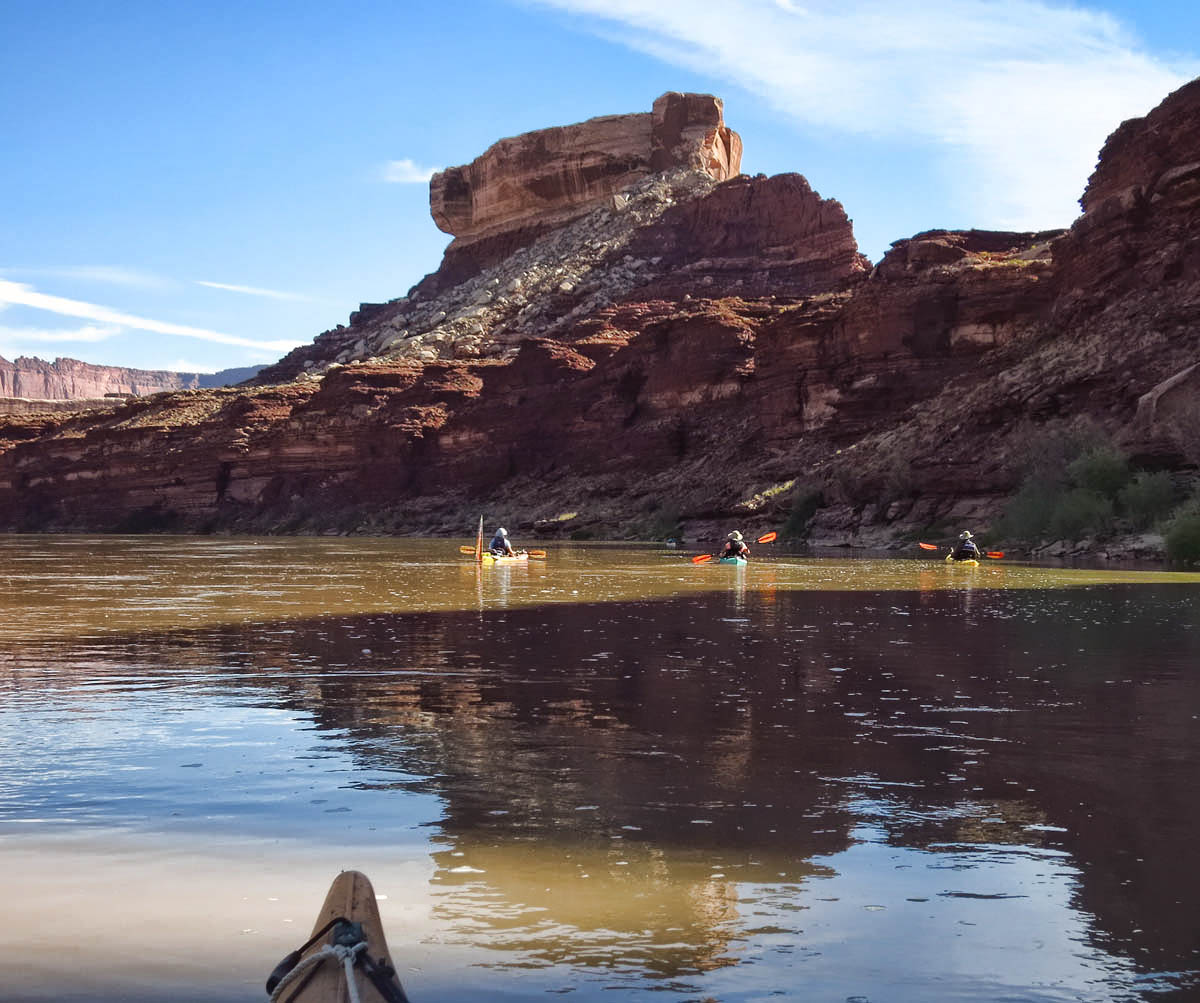 We make the short 180 degree paddle around Turk’s Head. 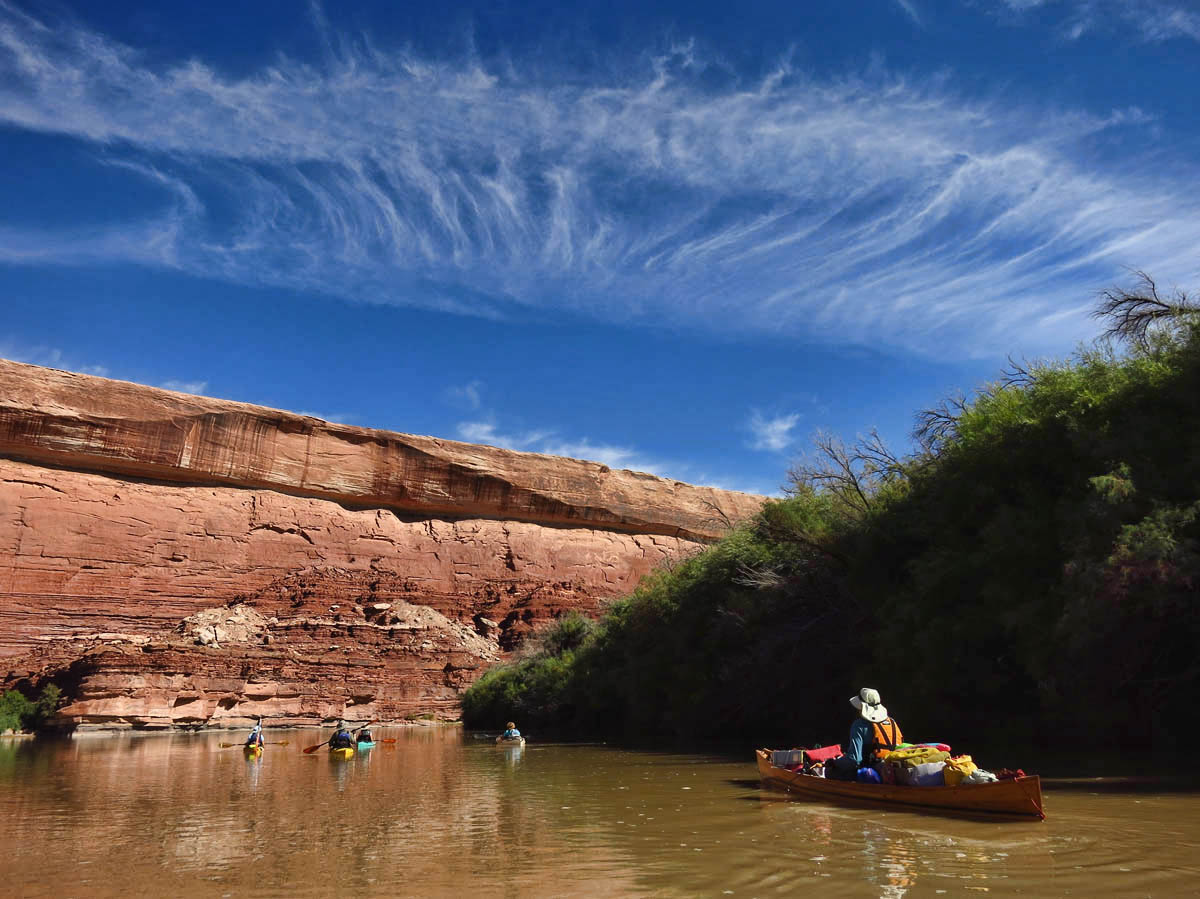 Midweek, we start to get some interesting cloud formations filling in the “boring blue sky.” 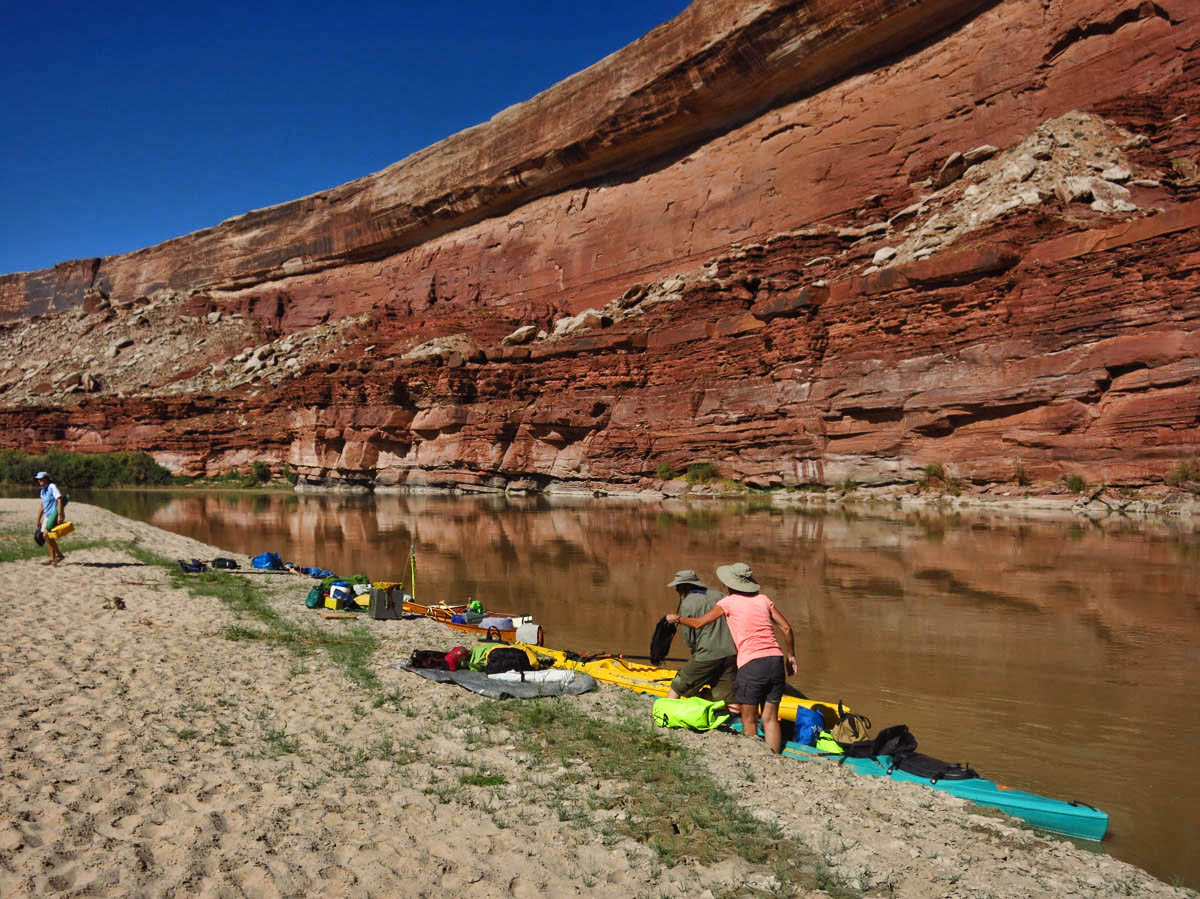 This is what a typical unloading process looks like. Turk’s Head Camp. 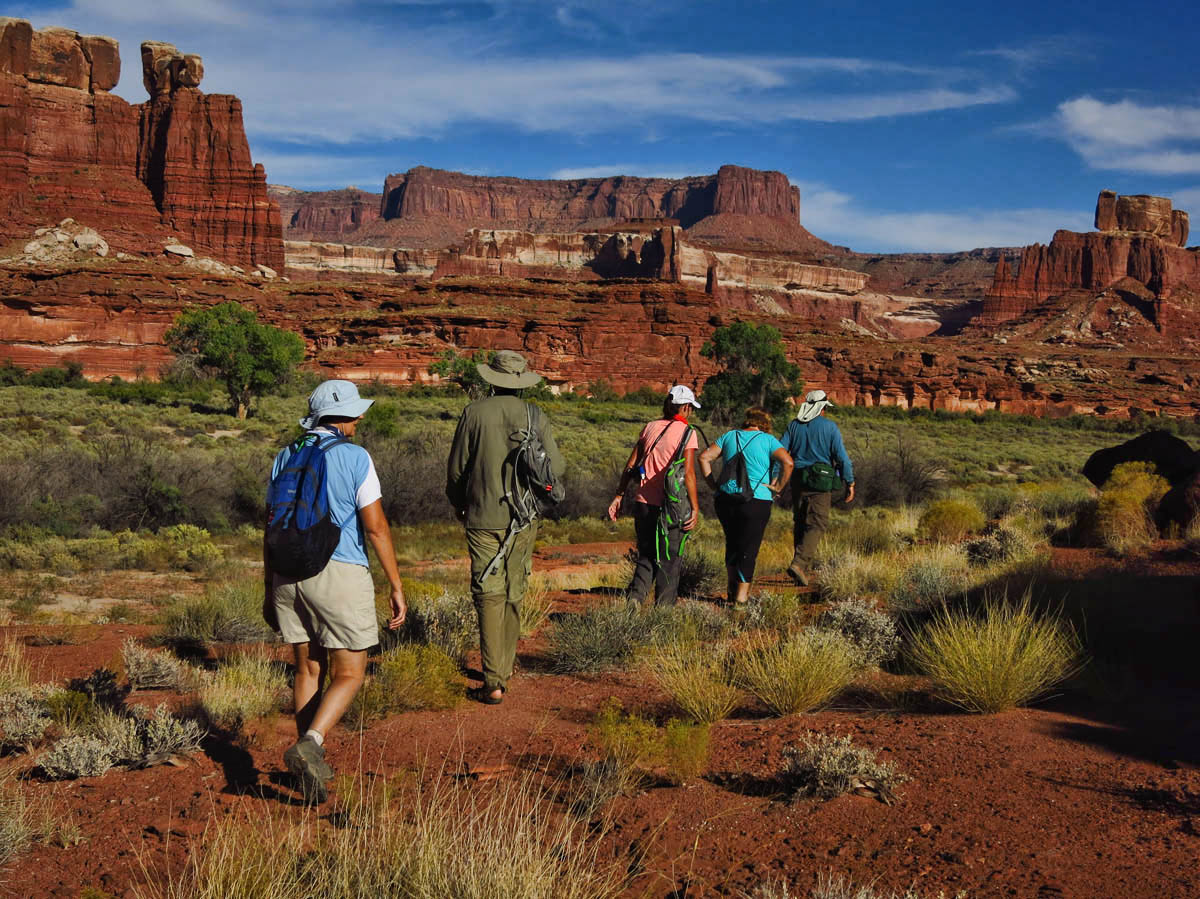 We hike up to see some of the ruins in the Turk’s Head rock formation. 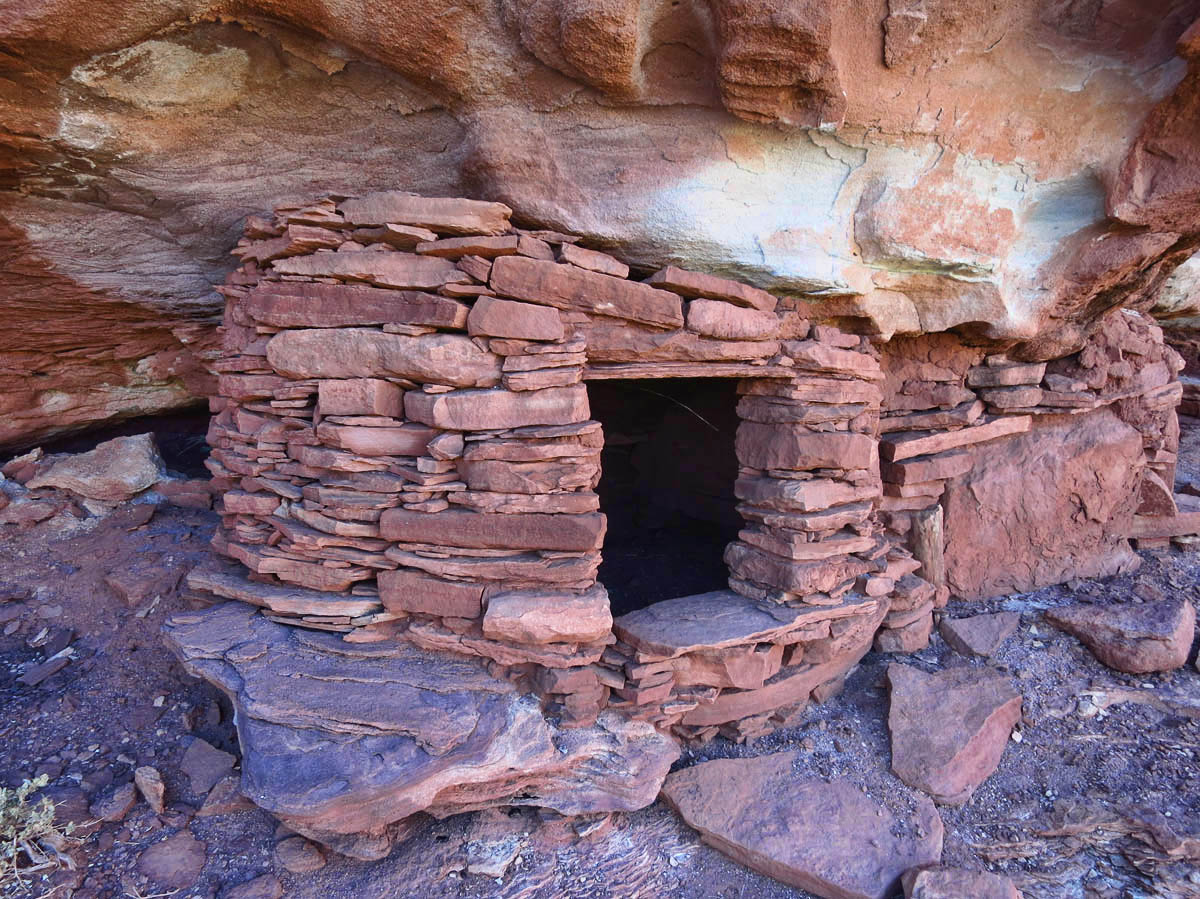 We find a couple on the lower level, but then continue around the bend… 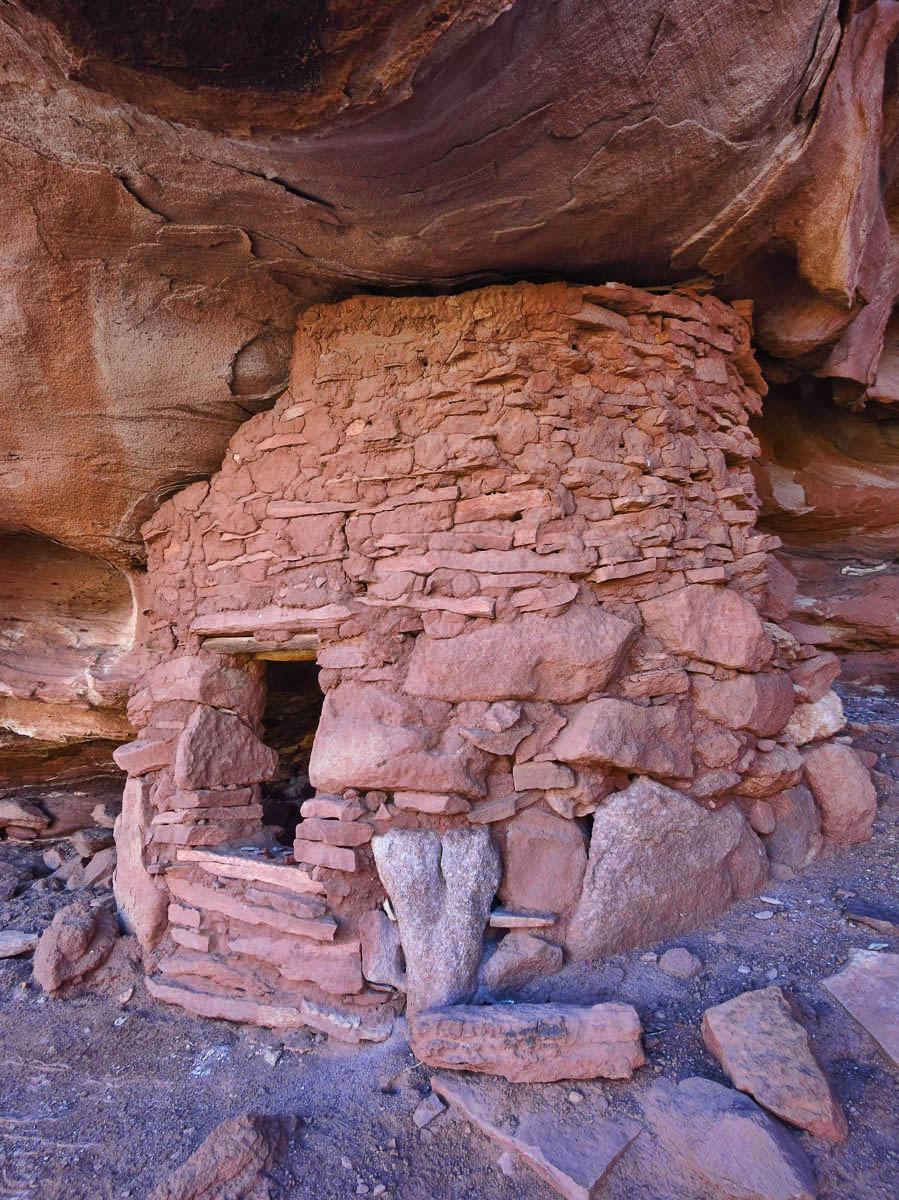 There are more ruins around the corner, and on ledges higher up the rock. 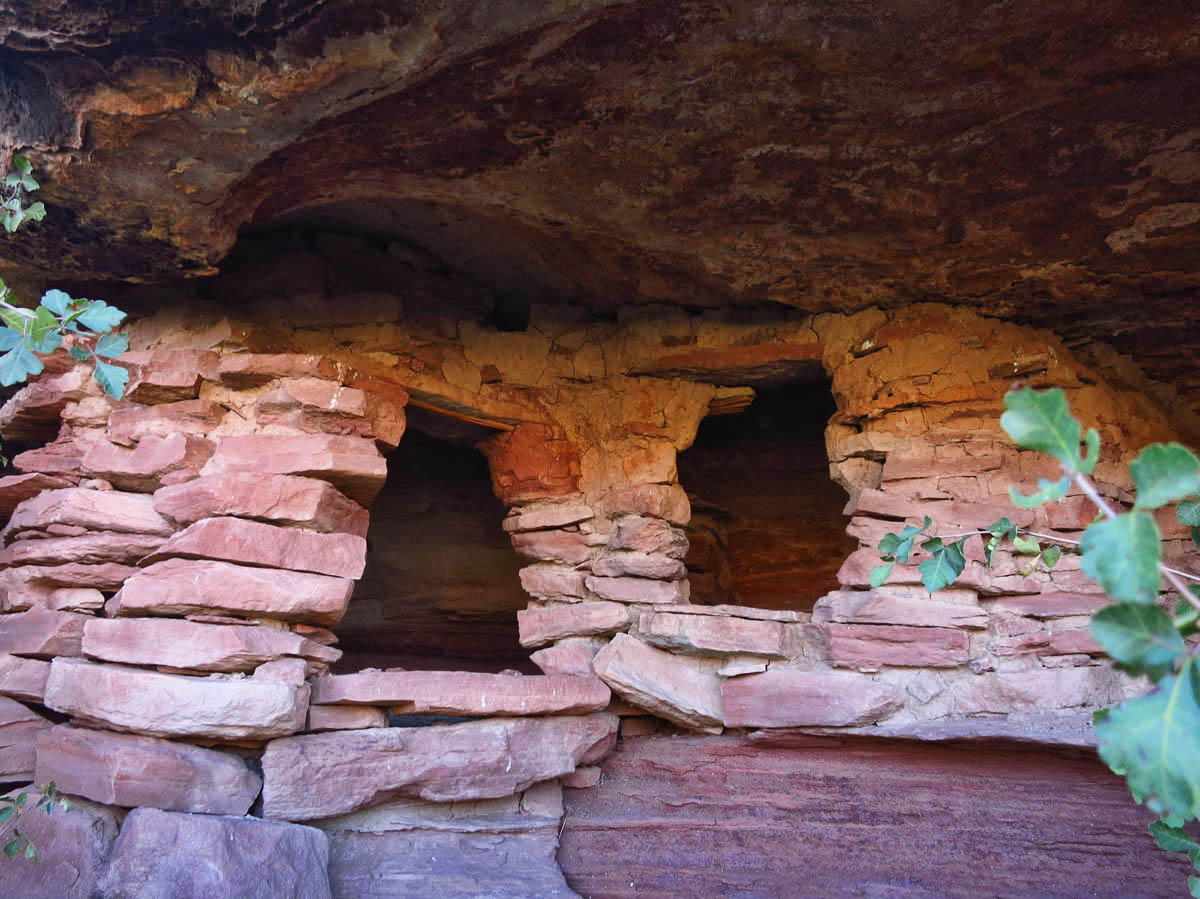 These were most likely granaries for food storage. 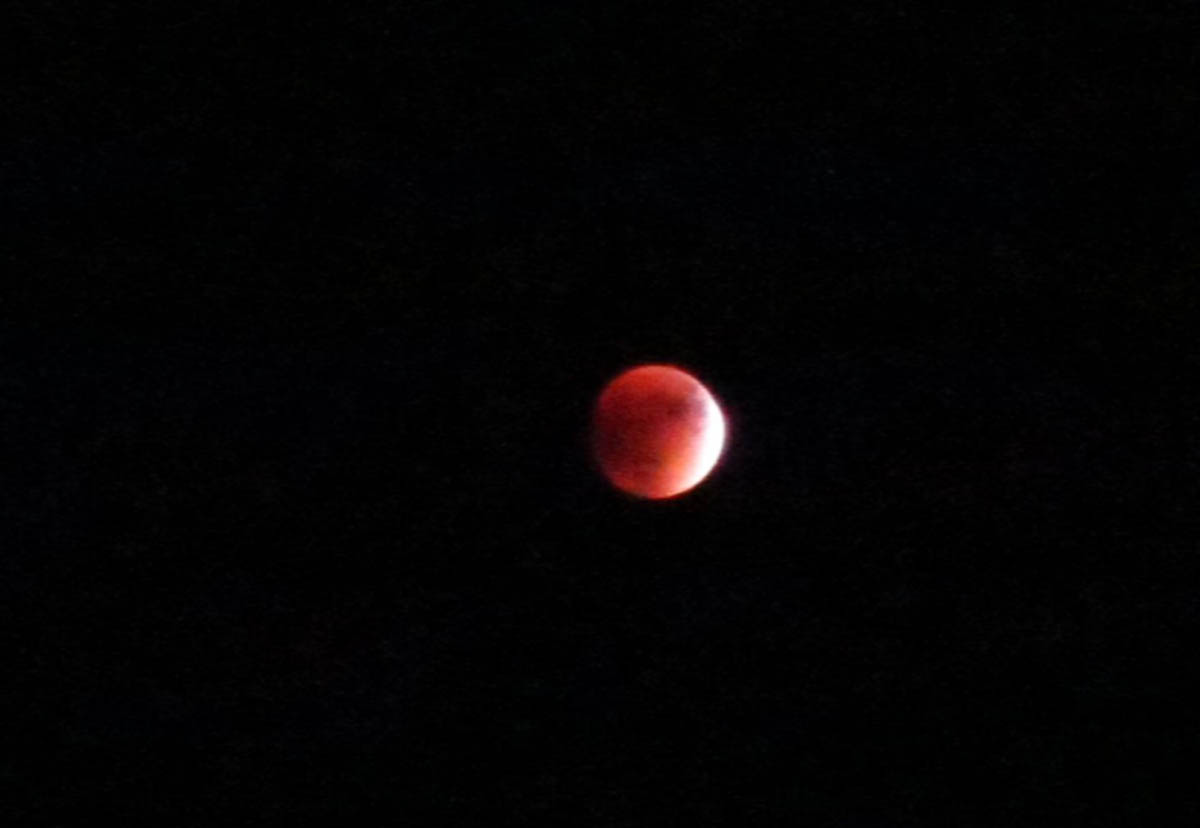 What a special treat to be on the river not only during a full moon, but also during a total eclipse! (This is the best the little Point and Shoot can do, but still memorable.) 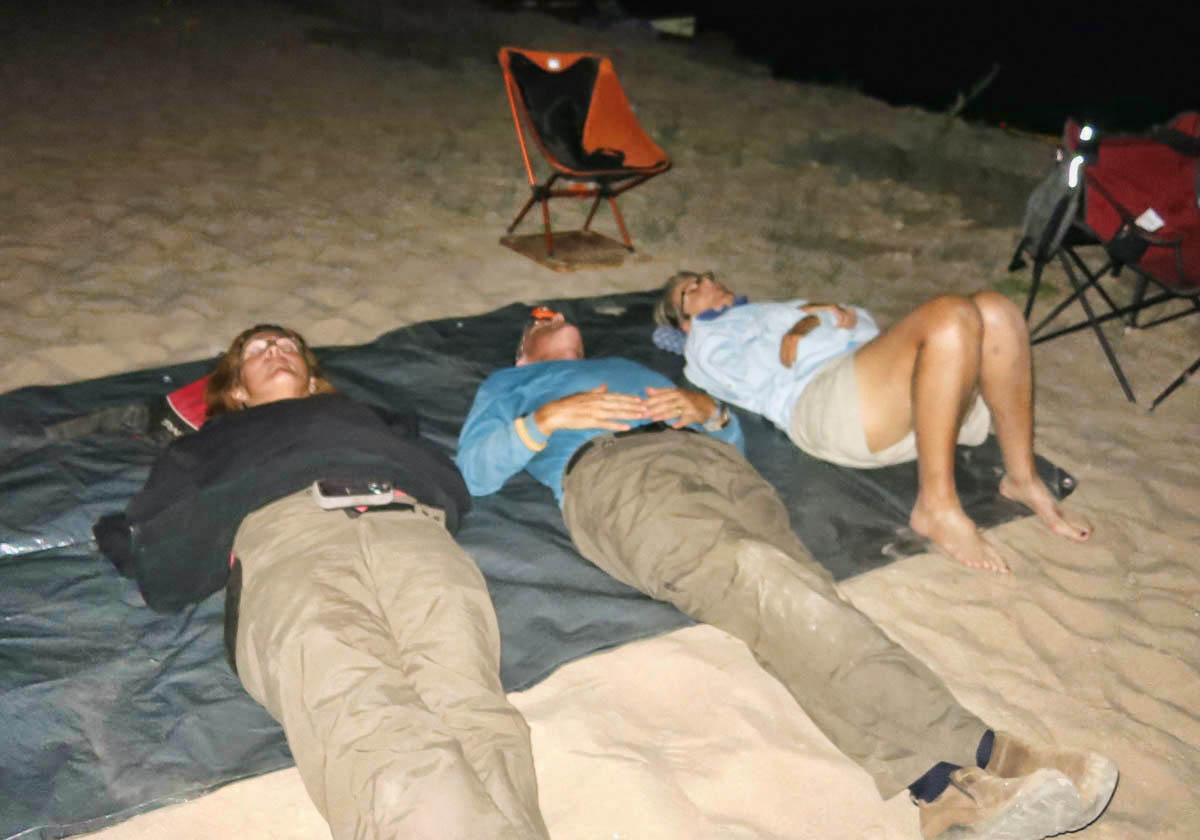 Once the moon is in total eclipse phase, the Milky Way is brilliant. John brings out a tarp so we can do some star gazing. 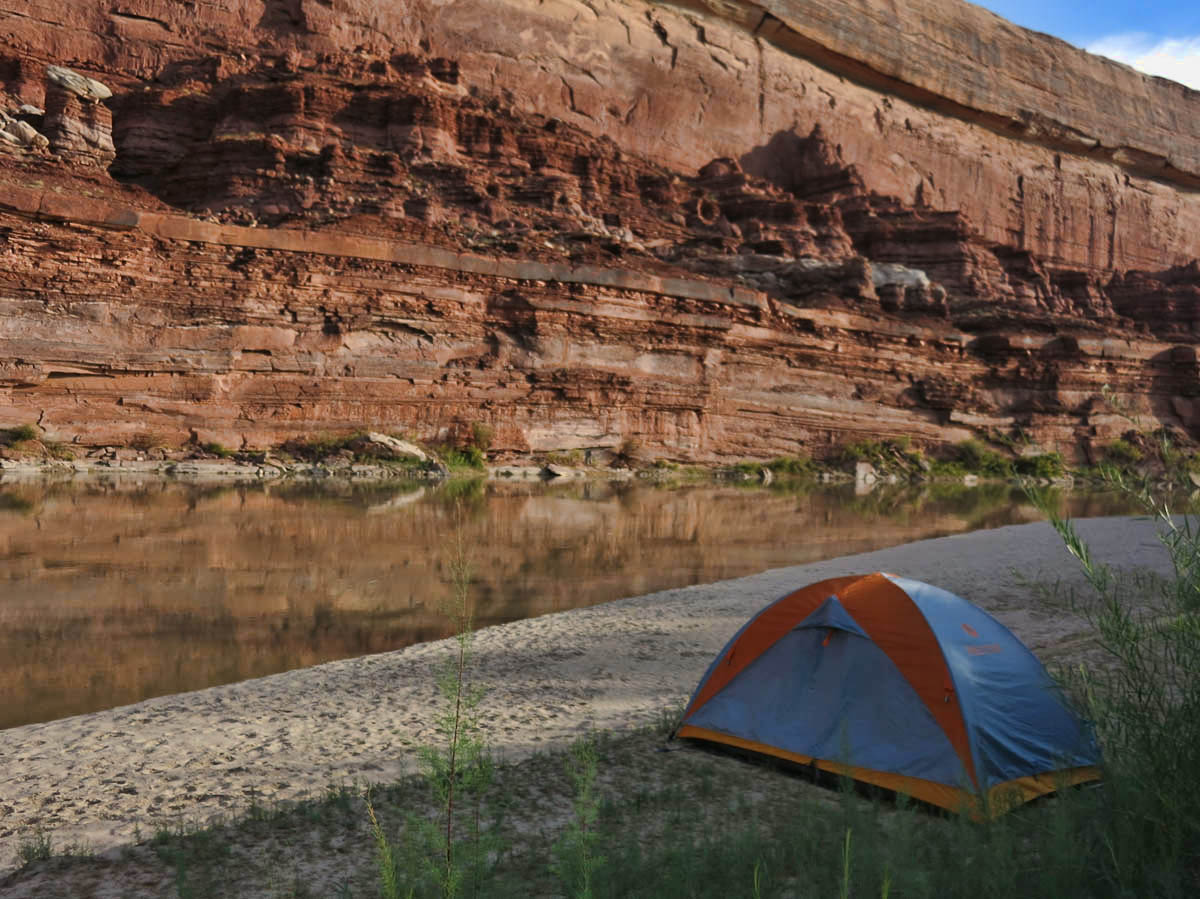 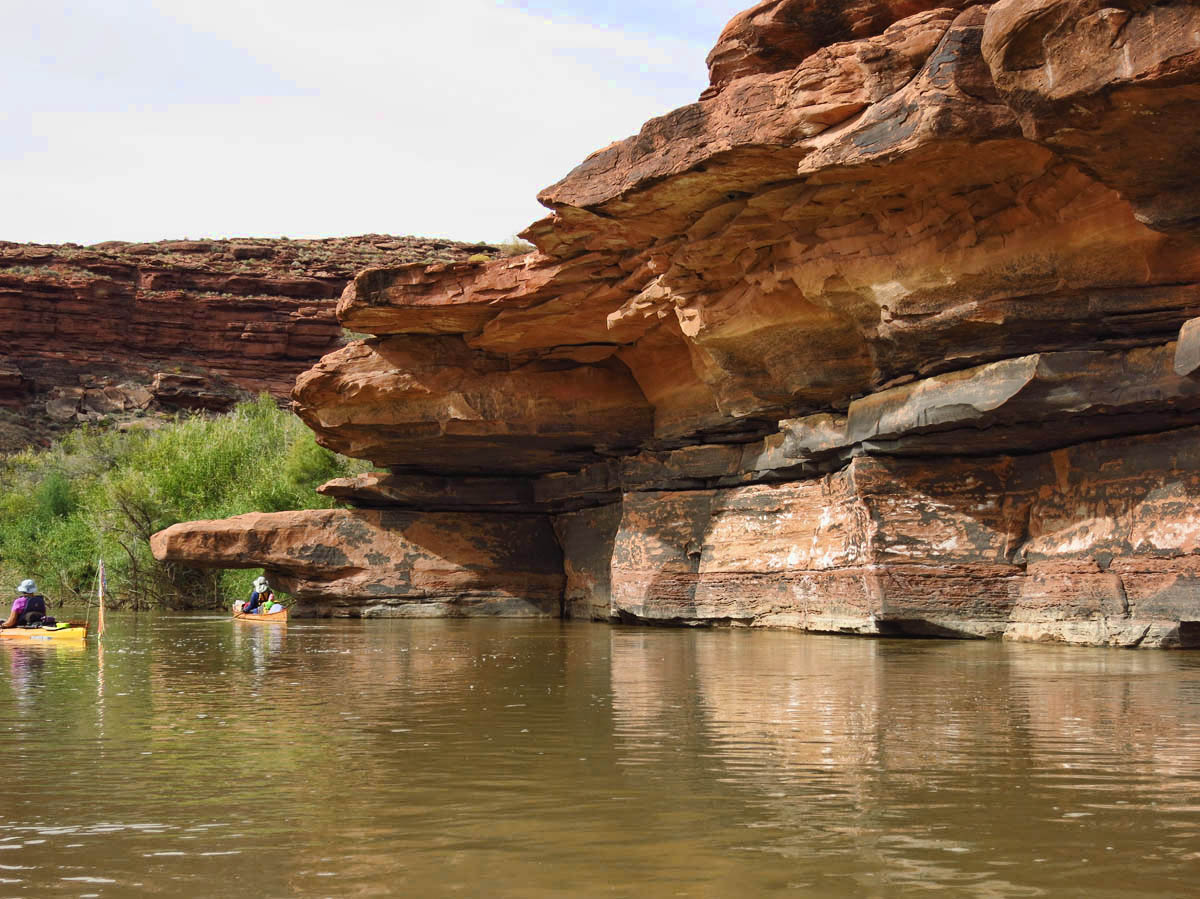 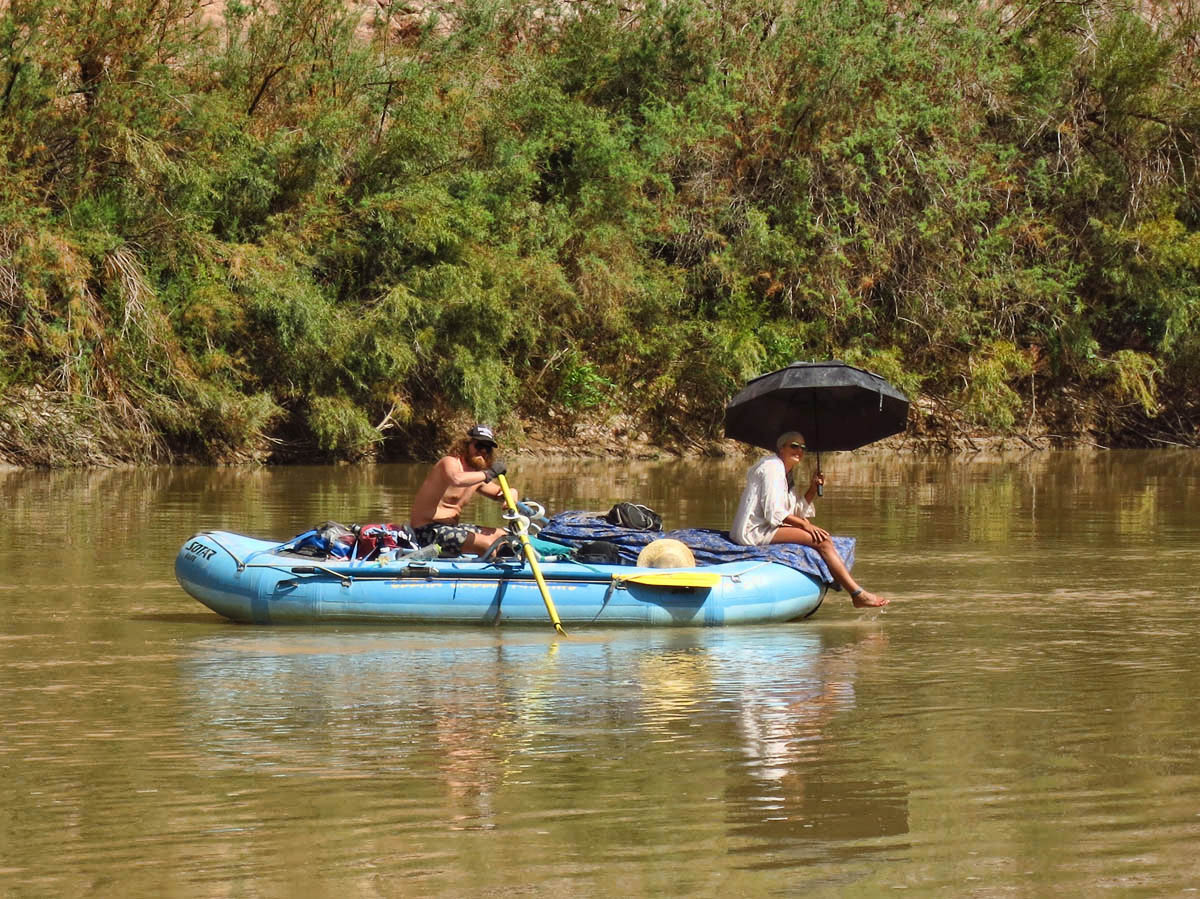 We don’t often see river traffic, but when we do, it is often quite entertaining. One night, we had a strumming musician float by at 3:30am. 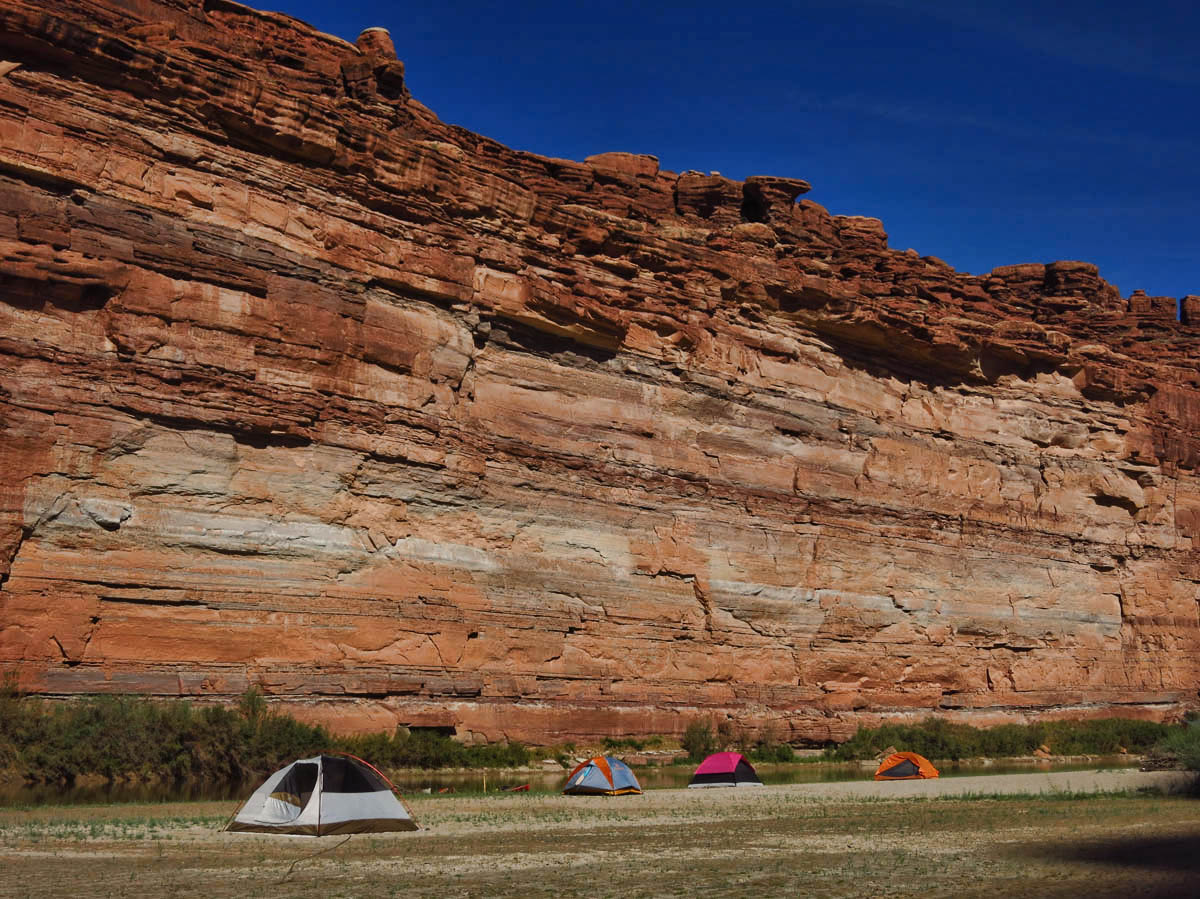 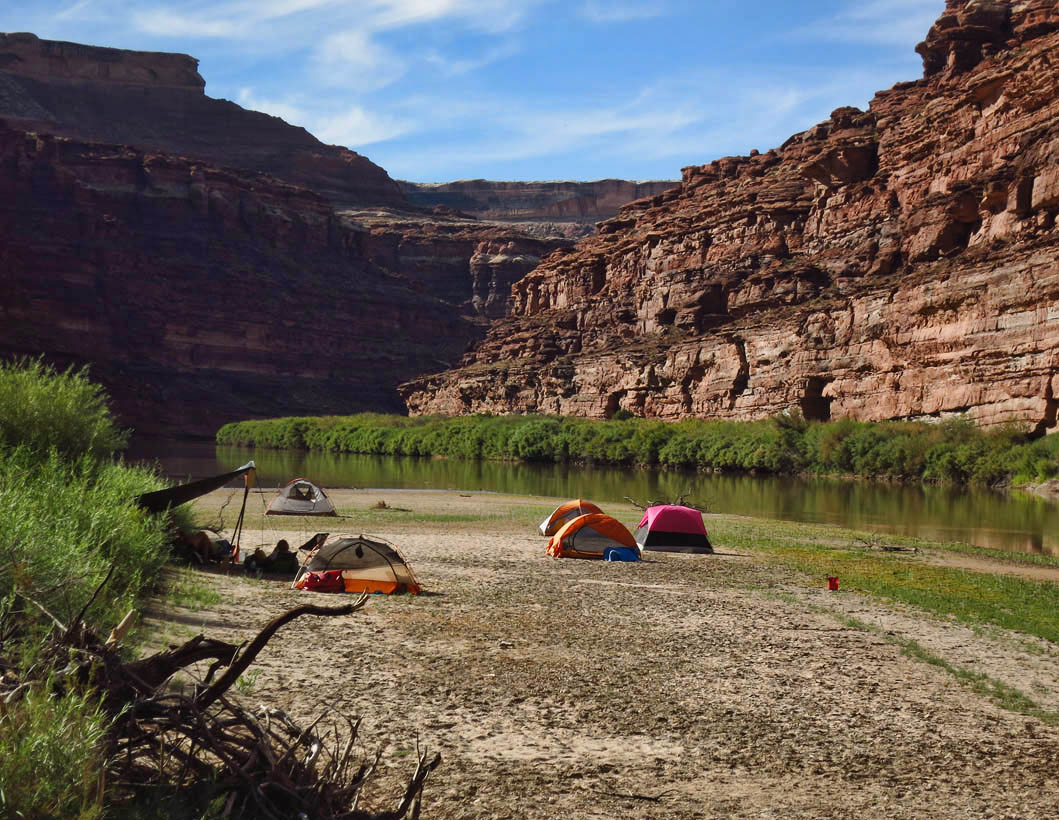 Notice “lean-to tarp” on left for kitchen shade, a welcome relief from the midday sun. 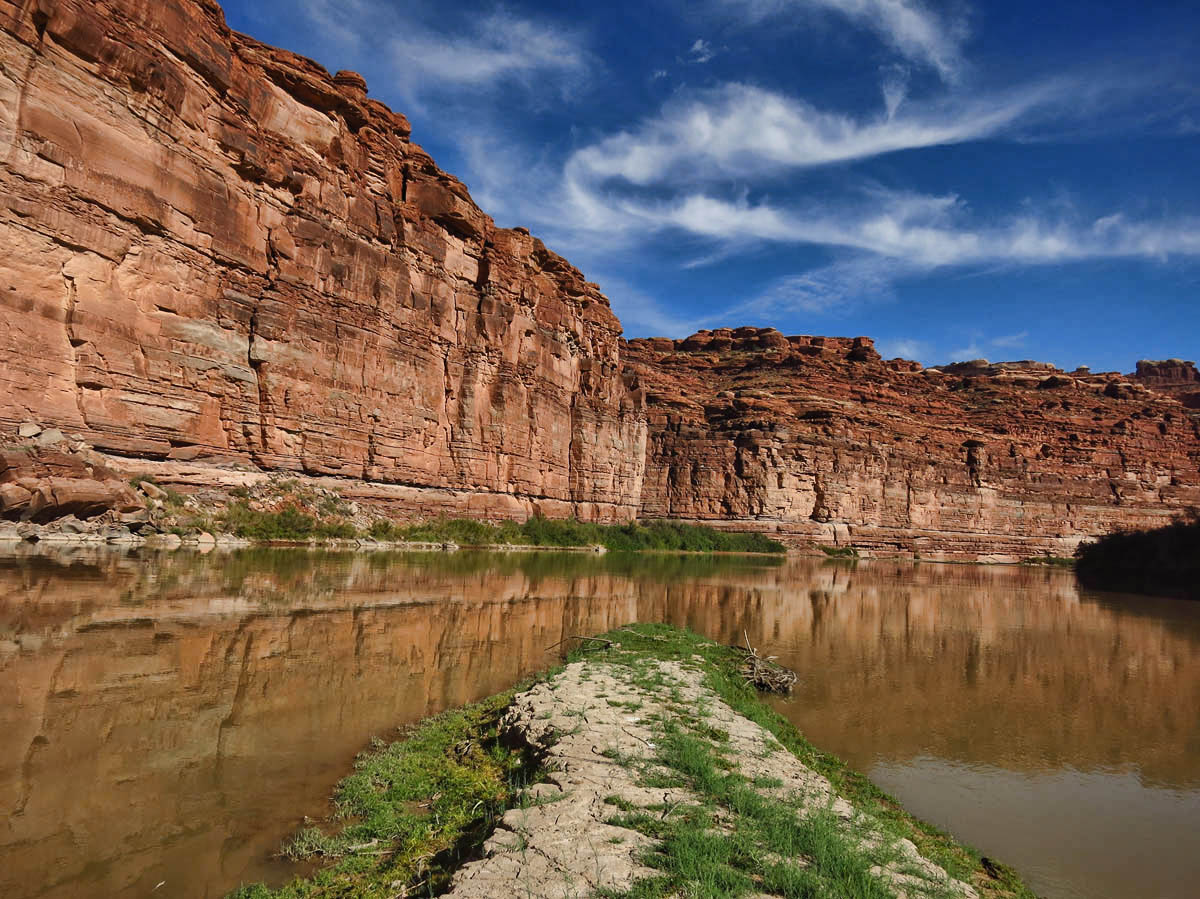 I try walking around the island, but it doesn’t take me very far.