For the past month, I’ve been traveling across Mexico, hitting a few places I’ve never been. Riding on Mexican buses is one of my favorite pastimes of Mexico, particularly the “in country” buses. They defy all stereotypes of the Latin American “chicken bus.” Instead they are luxury buses with reclining seats, elevating footrests, AC power ports, seat-back video screens showing movies, documentaries, and video games. The one I rode yesterday was a giant double-decker with three seats across – one on the left and two on the right. It even had suede leather seats, cup holders, and wood grain accents. Less than thirty bucks will get you a ride between most cities, including a ham and cheese croissant and a coke. 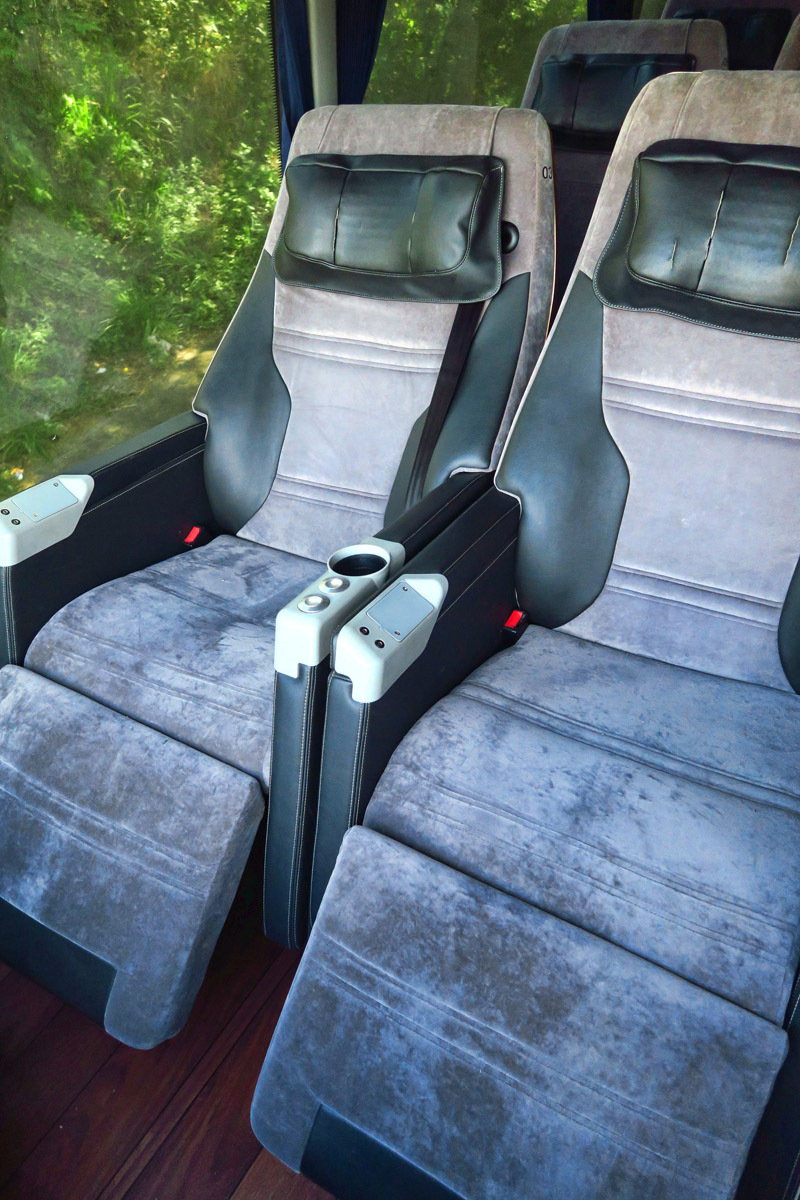 Upper deck of the Mexican bus. 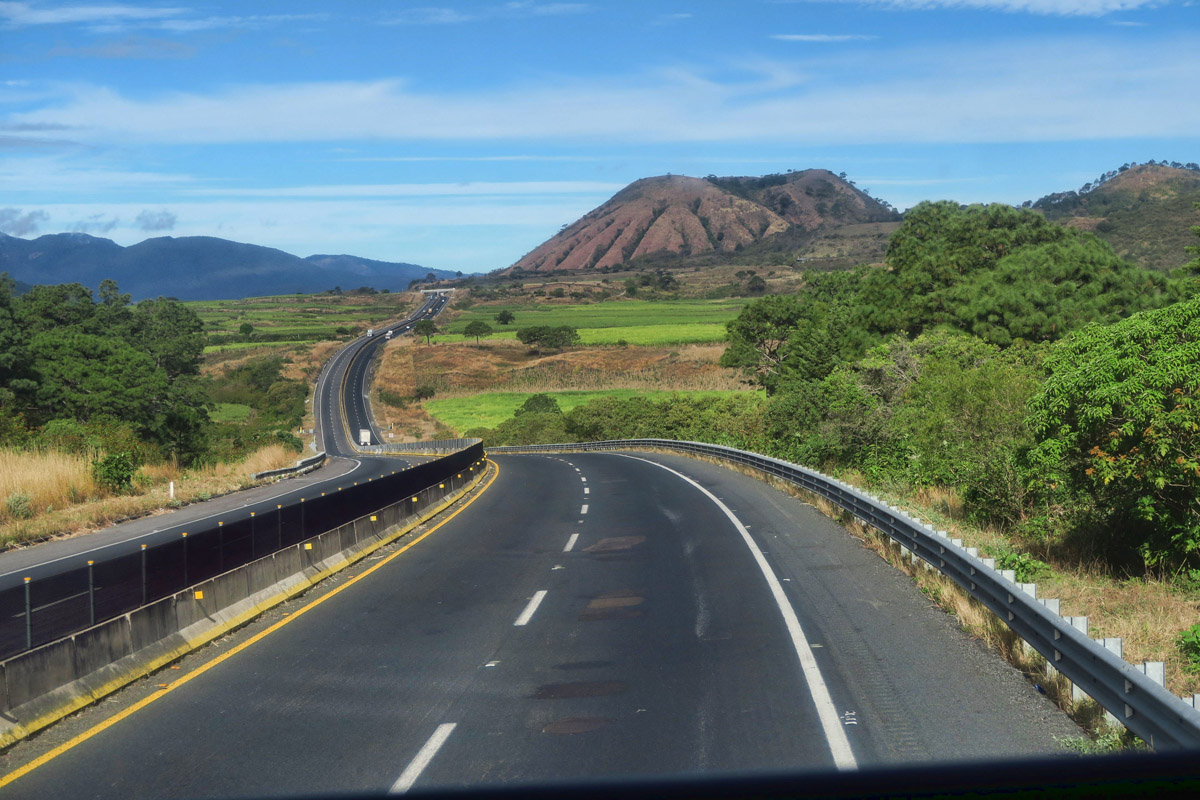 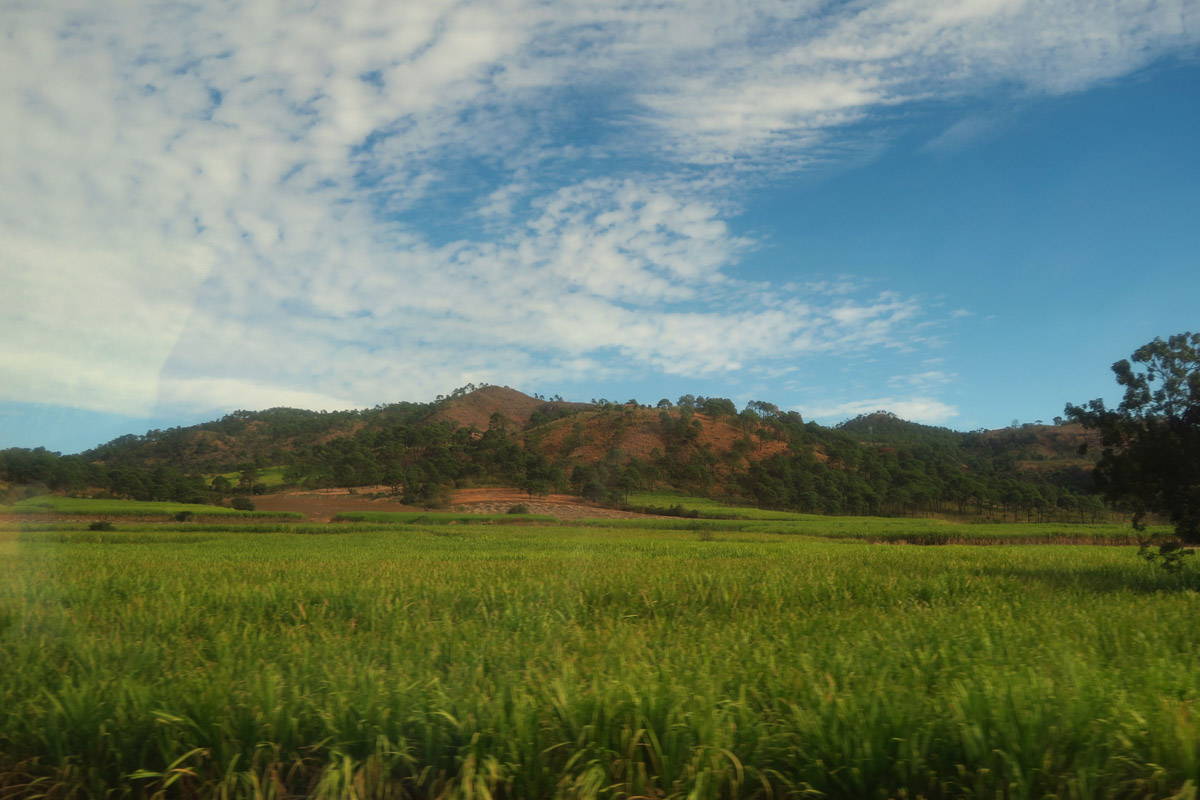 I love dialing the ipod into my favorite playlists and watching the daily life of Mexico roll by outside my giant panoramic window. In just a few hours, I get a microcosmic view of everything from the most rural and rudimentary of farmers working the fields, to giant manufacturing plants, to urban life including malls with Walmarts, CostCo, and Home Depot.

One of my favorite playlists includes songs from the modern day poet, Alicia Moore, better known as “P!nk!” I love her music, not only for the catchy sing-along beat, but if you listen closely, you will hear some of the most poignant lyrics written since the likes of my very favorite female artist, Joni Mitchell. Although their styles are vastly different, the pain and passion of their poetry is similar. So as the song “Dear Mr. President” comes up, I ponder the irony of this song on this day…inauguration day. The song was written in what now seems like such innocent times, during the presidency of George Bush. In the song, Pink asks Mr. President to “come take a walk with me.” So as I roll across Mexico, I ponder, if were to ask “Dear Mr. President, come take a ride with me” on this Mexican bus, what would he see? What would life be like on either side, should Mr. Tromp (ironically, the Mexican pronunciation of his name sounds like “tromp”) get his “Big, beautiful wall?” Who will suffer the most? 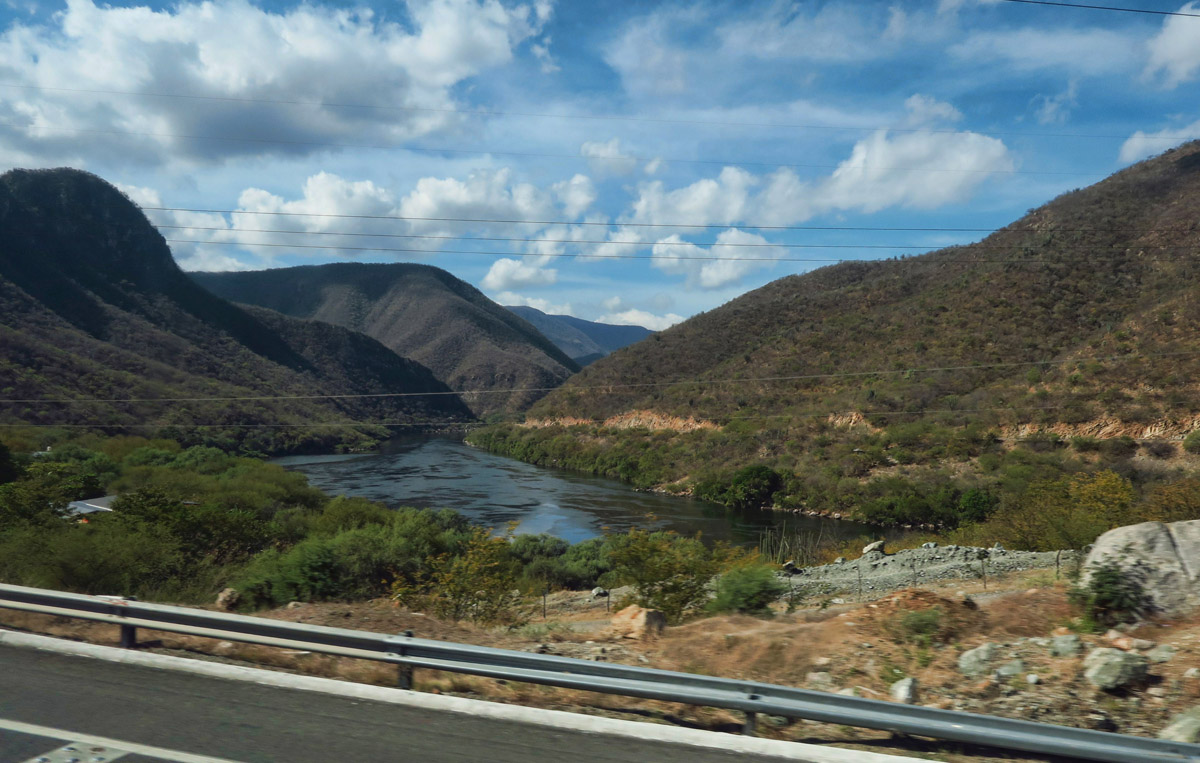 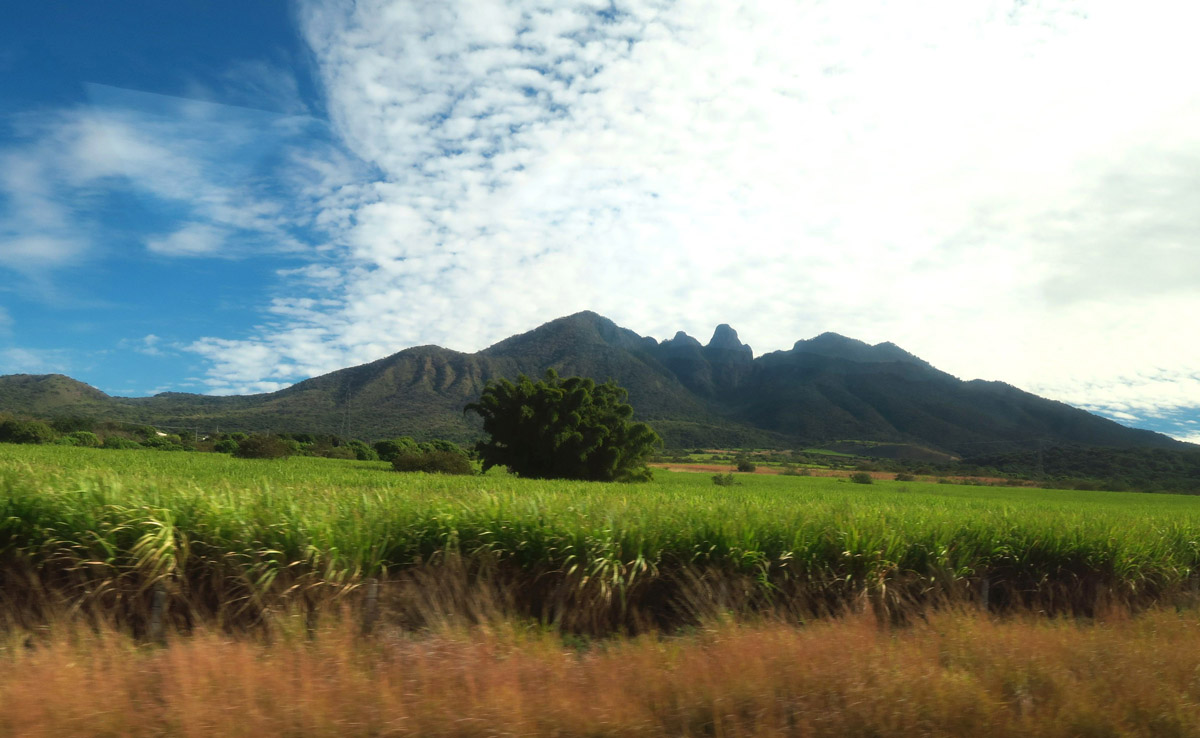 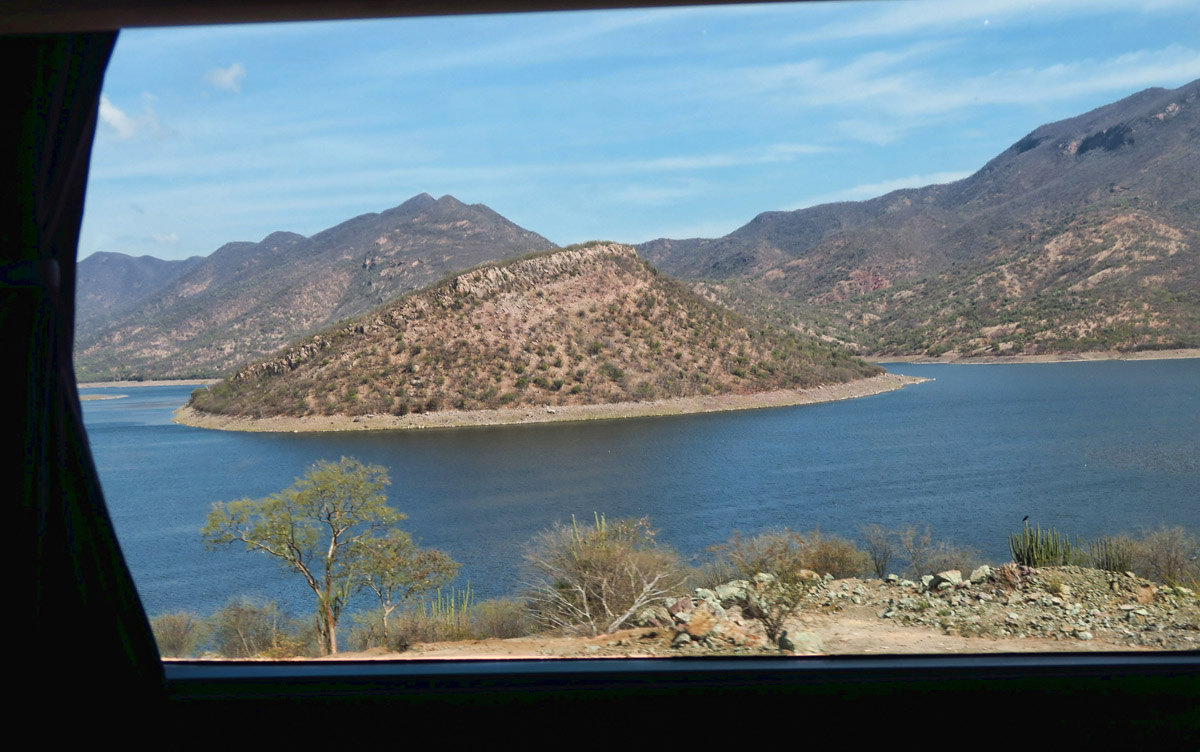 As I watch the Mexican countryside roll by, I gaze out the window at massive agricultural fields. Avocado trees as far as the eye can see. Blue hills of agave. Vast fields of abundant crops from papaya to peanuts, all thriving in the fertile volcanic soil. I see “infrastructure.” Wide, smooth roads with efficient toll systems. Cell towers that beam internet to my Mexican SIM chip in the most remote of areas. I even wonder how the drug cartels would dwindle should there be no more demand from north of the border. 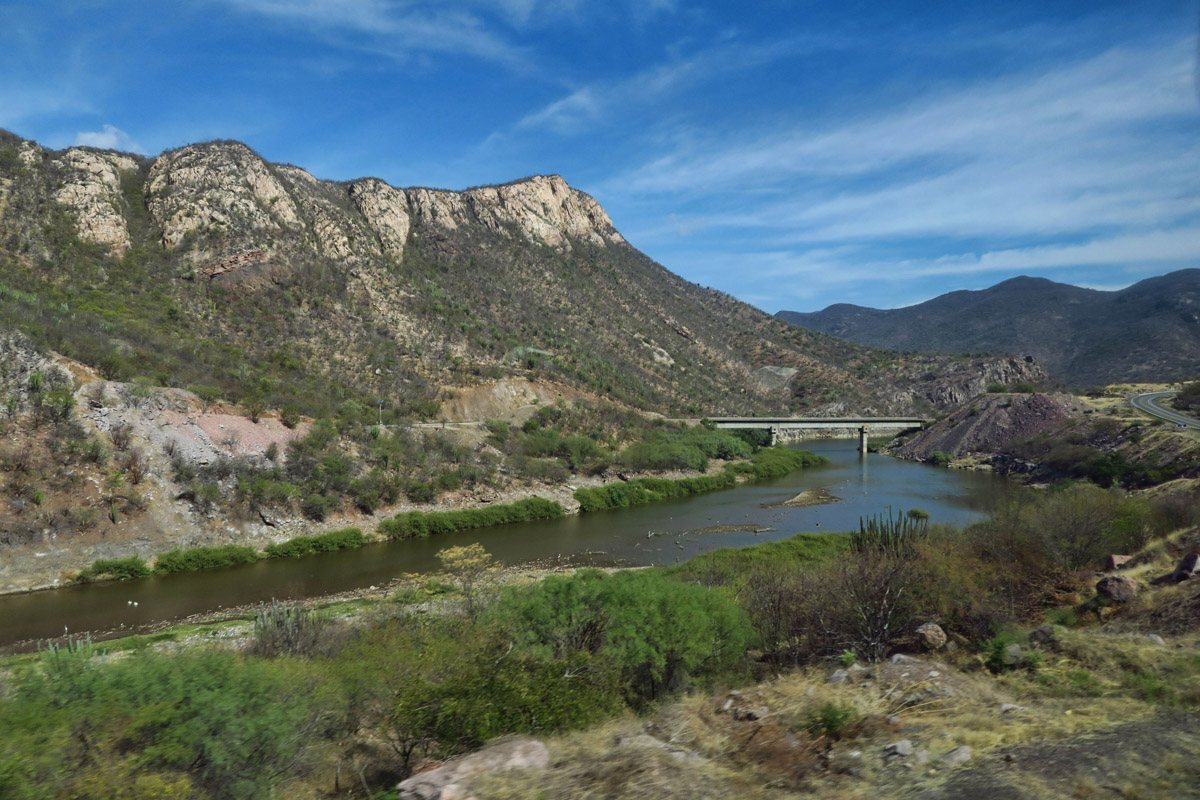 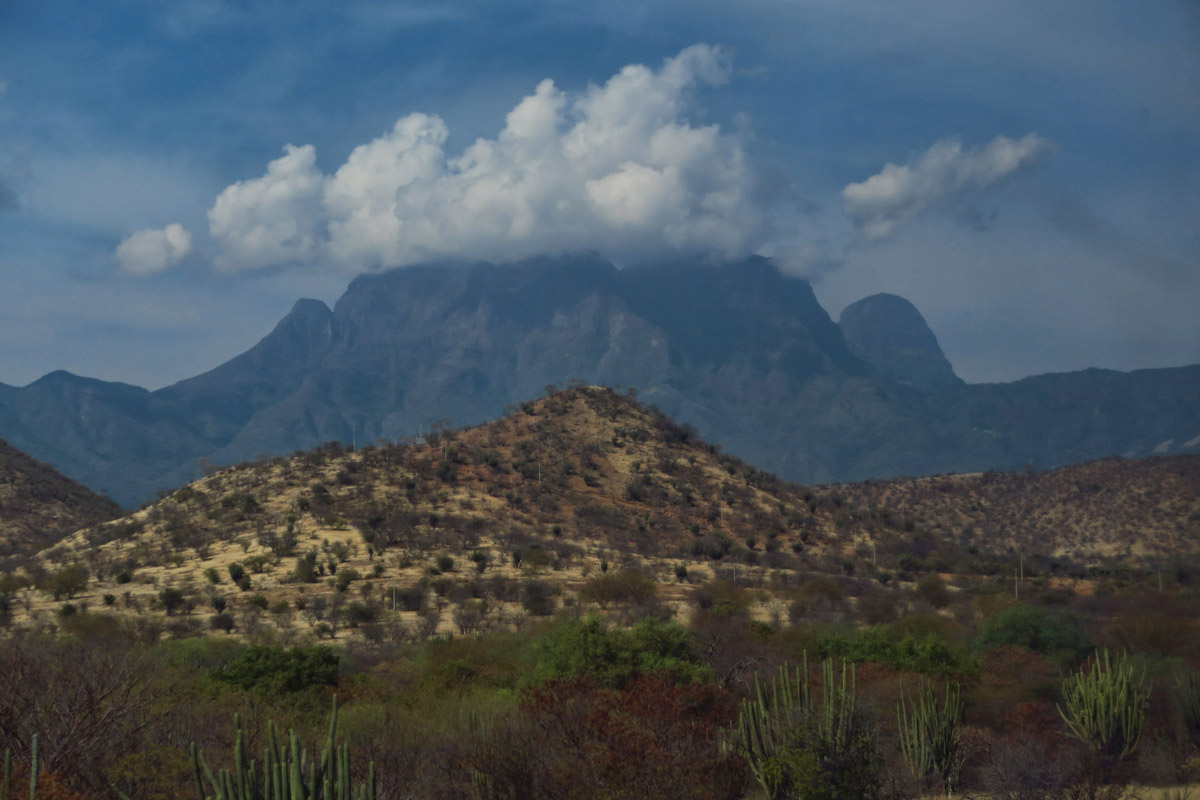 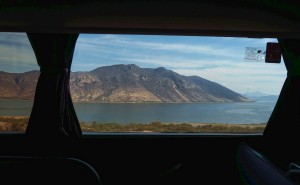 The Mexican people have a very family oriented culture. They take care of their own. They risk life and limb to cross the border in order to have a better life for their families. If this does become more difficult, they will adapt. They are resilient people, with a very entrepreneurial spirit. Ask for something from a vendor, and he may not have it today, but will tomorrow. A hurricane comes, and they will rebuild at twice the size in half the time. So I think “Mexico is gonna be juuuusst fine!” 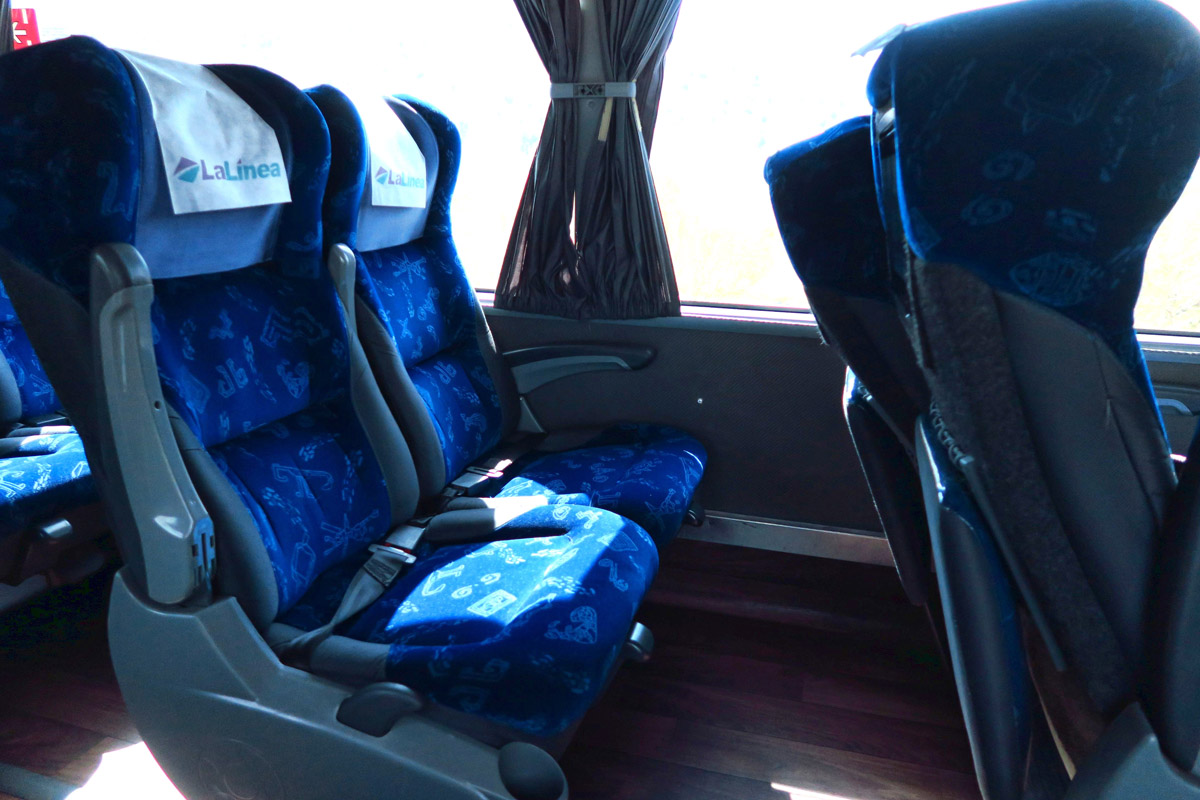 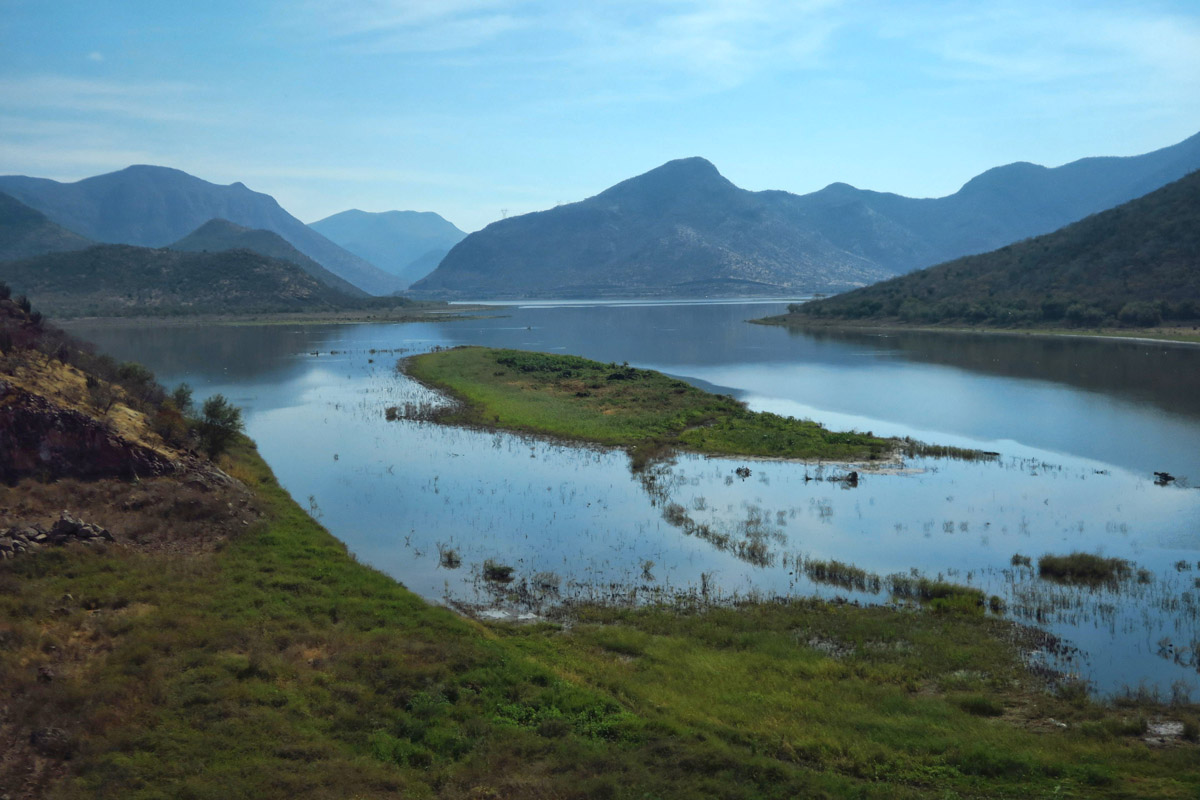 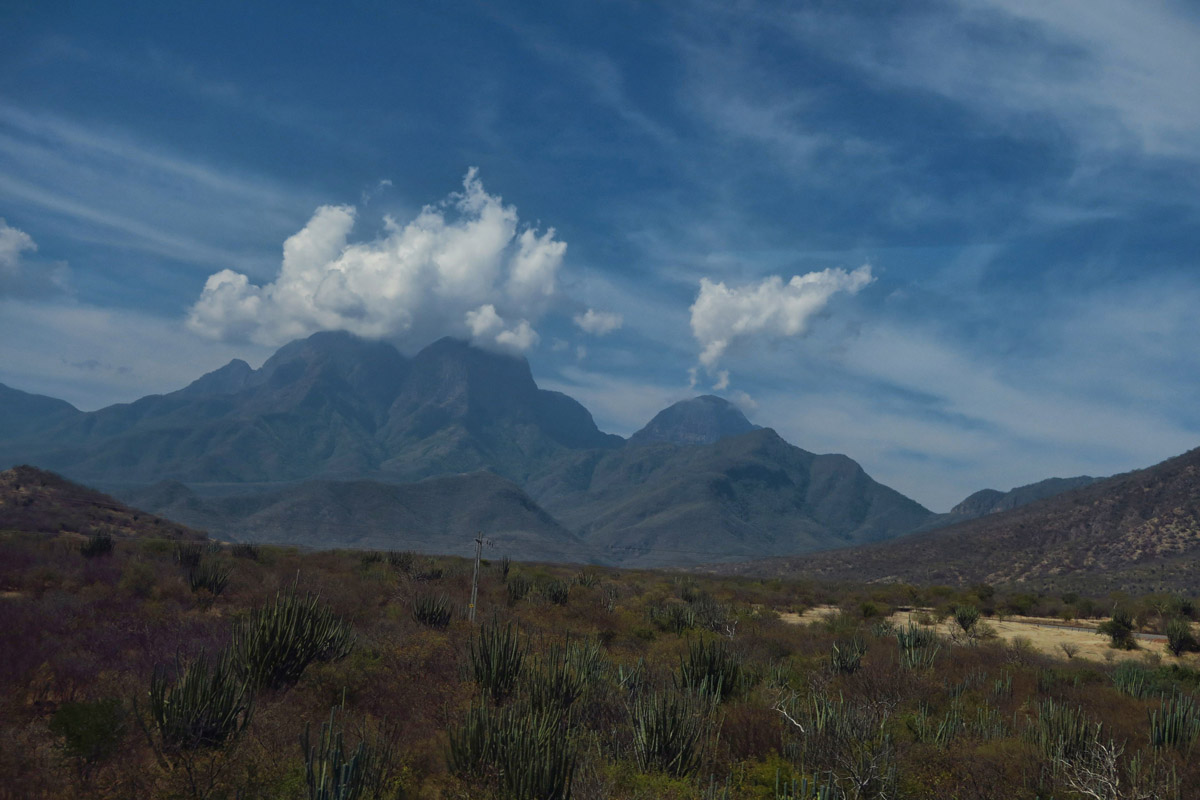 But as for imagining the potential effects of life in the US without Mexican immigrants should the dystopian society prevail and the wall go up as promised, I don’t have the same bright outlook. What if we were no longer allowed to “cherry-pick” just the things we needed the immigrants to do? Who is going to pick the strawberries? Roof the houses? Lay the sod and plant the rows of sculpted boxwoods that define the English gardens? Fill those Cider Houses in apple country in Washington, or harvest half the state of Arizona and California? And why is it fair to ask them to do this “grunt work,” yet reap none of the benefits of living in the US such as health care and education? Perhaps “A Day Without A Mexican” should be required viewing for every Tromp supporter. 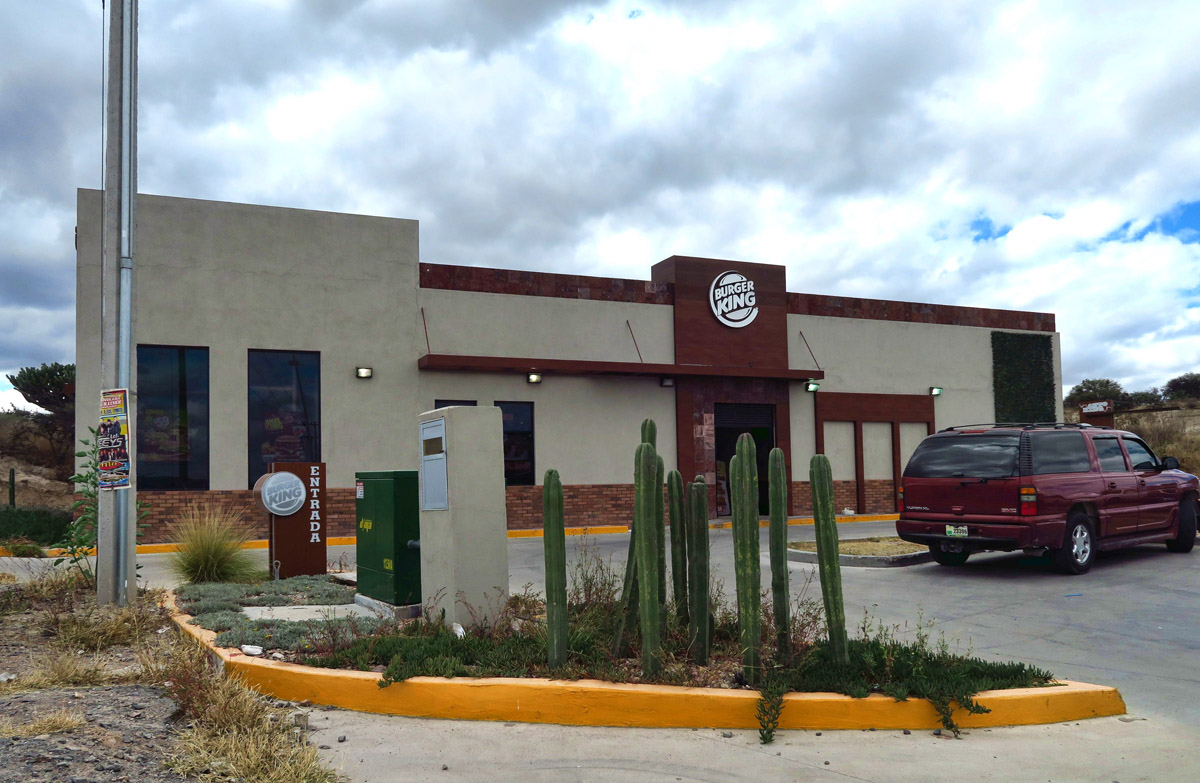 To paraphrase Mr Tromp that “Mexico is not sending it’s best people,” we’re not sending Mexico our best restaurants…( (Stolen from Don Anthony.) 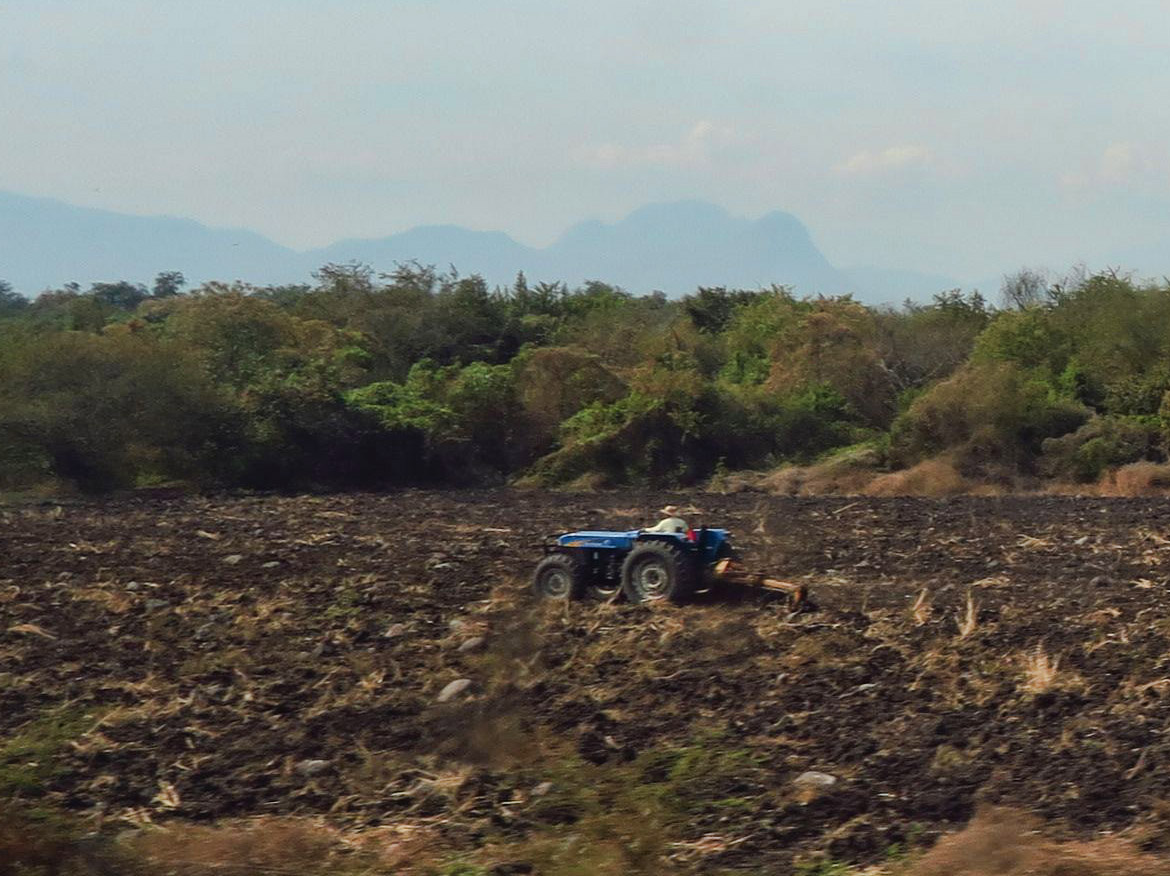 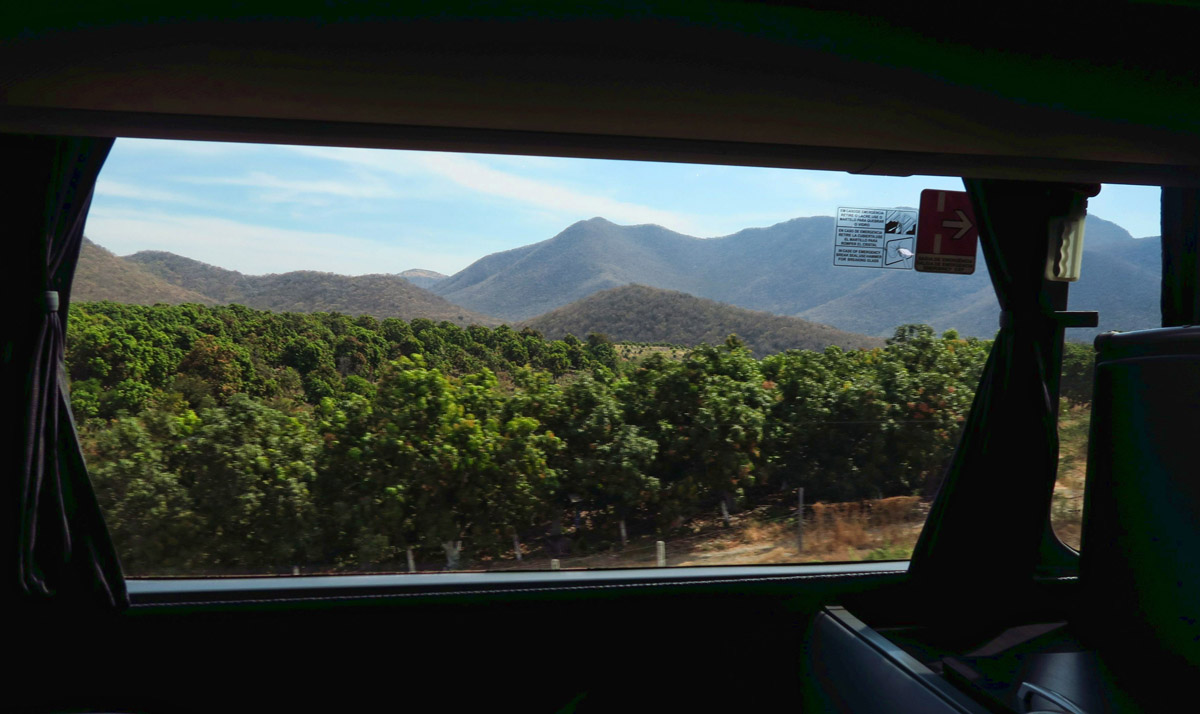 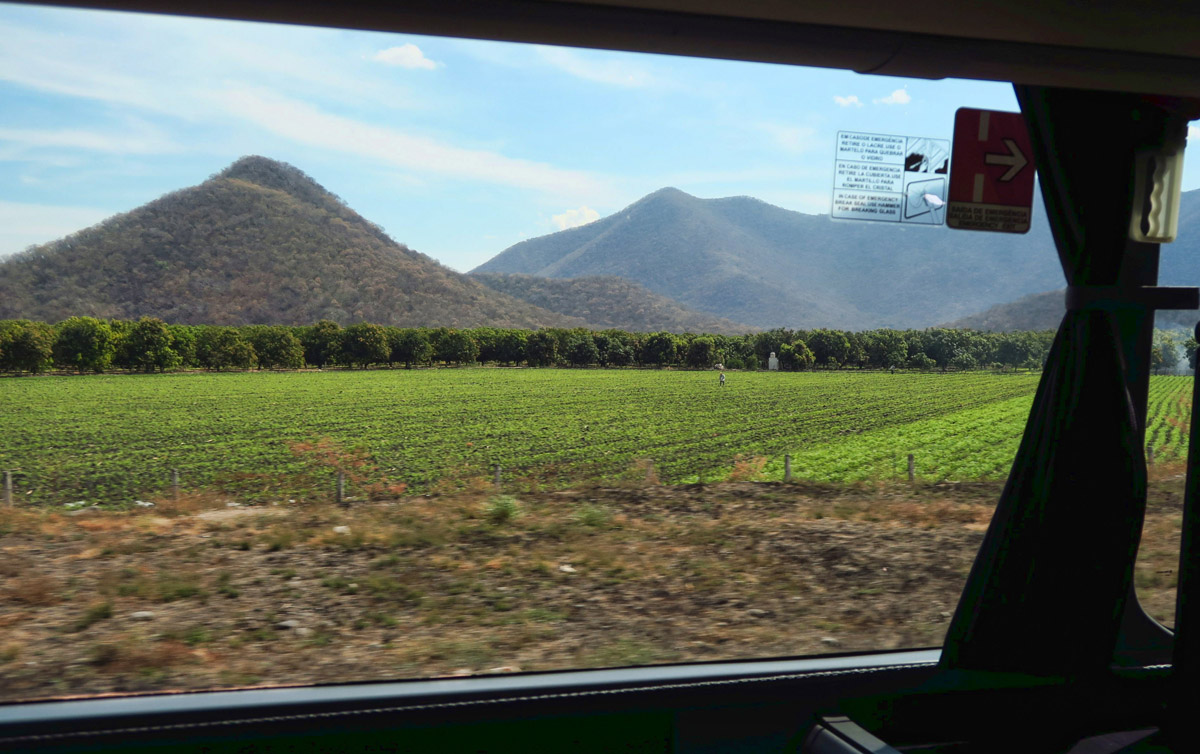 So as thousands of women assemble today in not only the USA, but here in Mexico as well to march for their rights, I offer my own “march” of words from my tiny hamlet in Mexico. This new administration threatens just about every aspect I hold dear. My current affordable health care plan, the preservation and protection of national lands, the equal rights for my friends to be free to choose whom they love, women’s health and services and right to choose outcome for their own bodies, and a science-based education that addresses the need to rapidly correct the collision course caused by raping our natural resources. 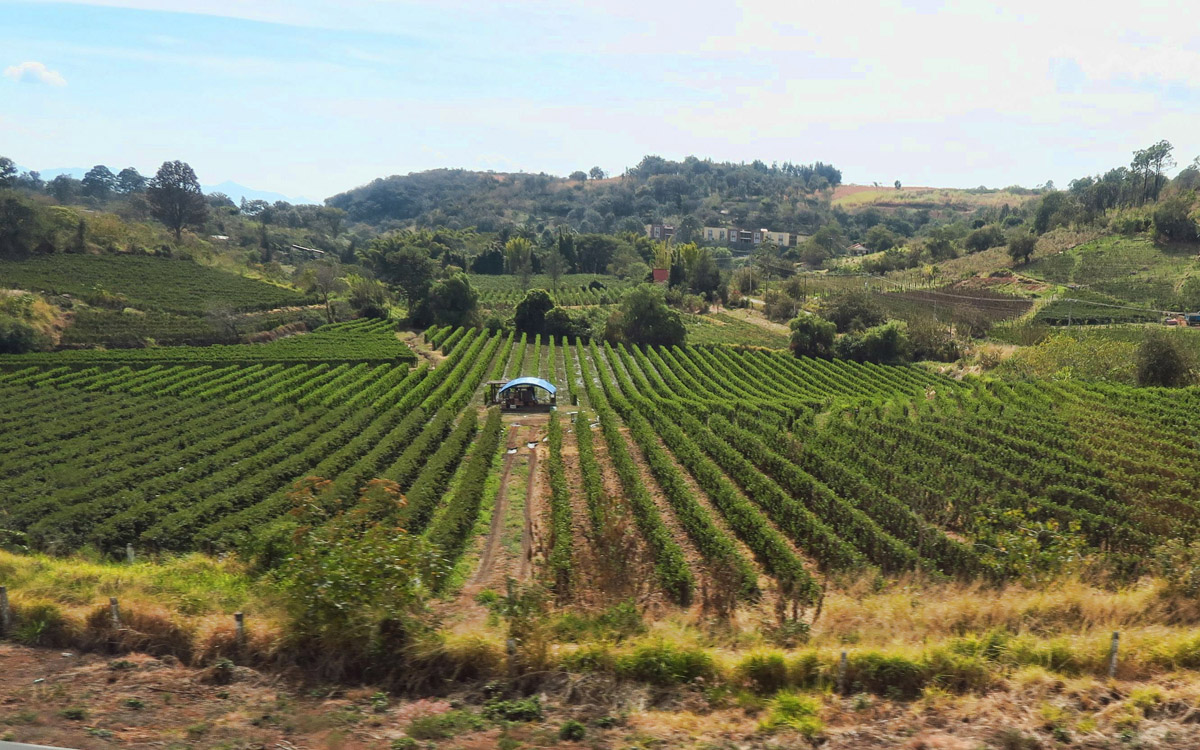 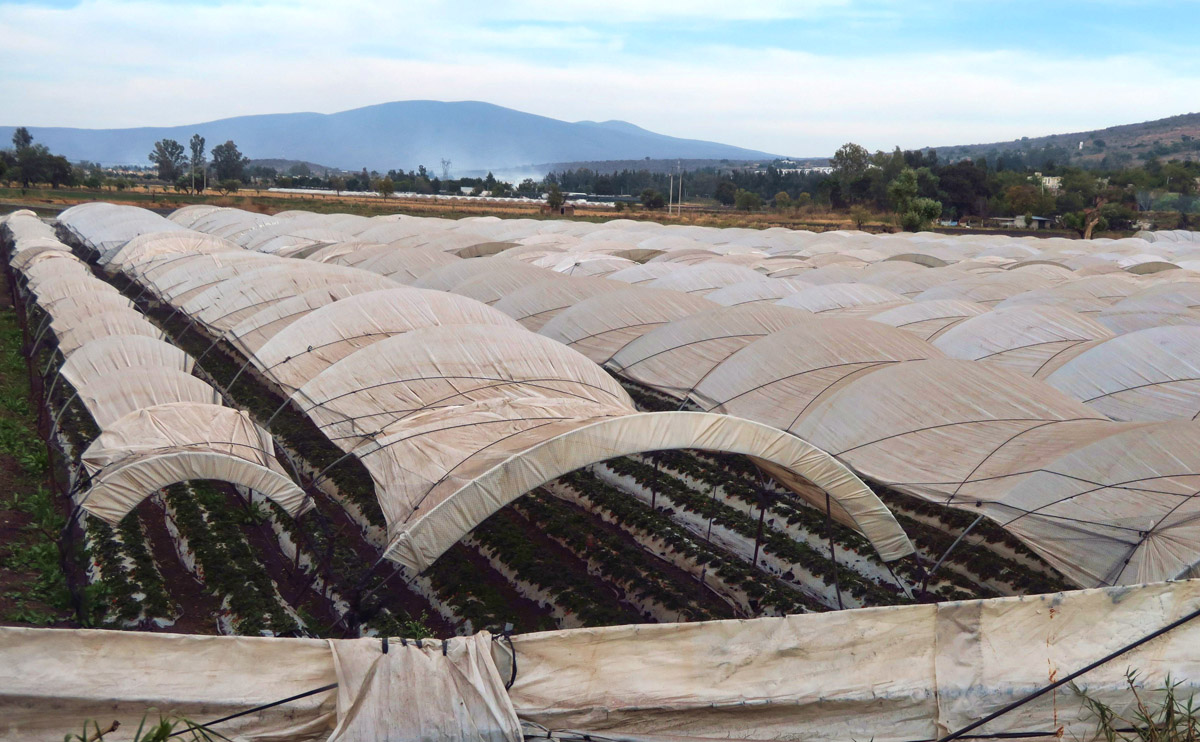 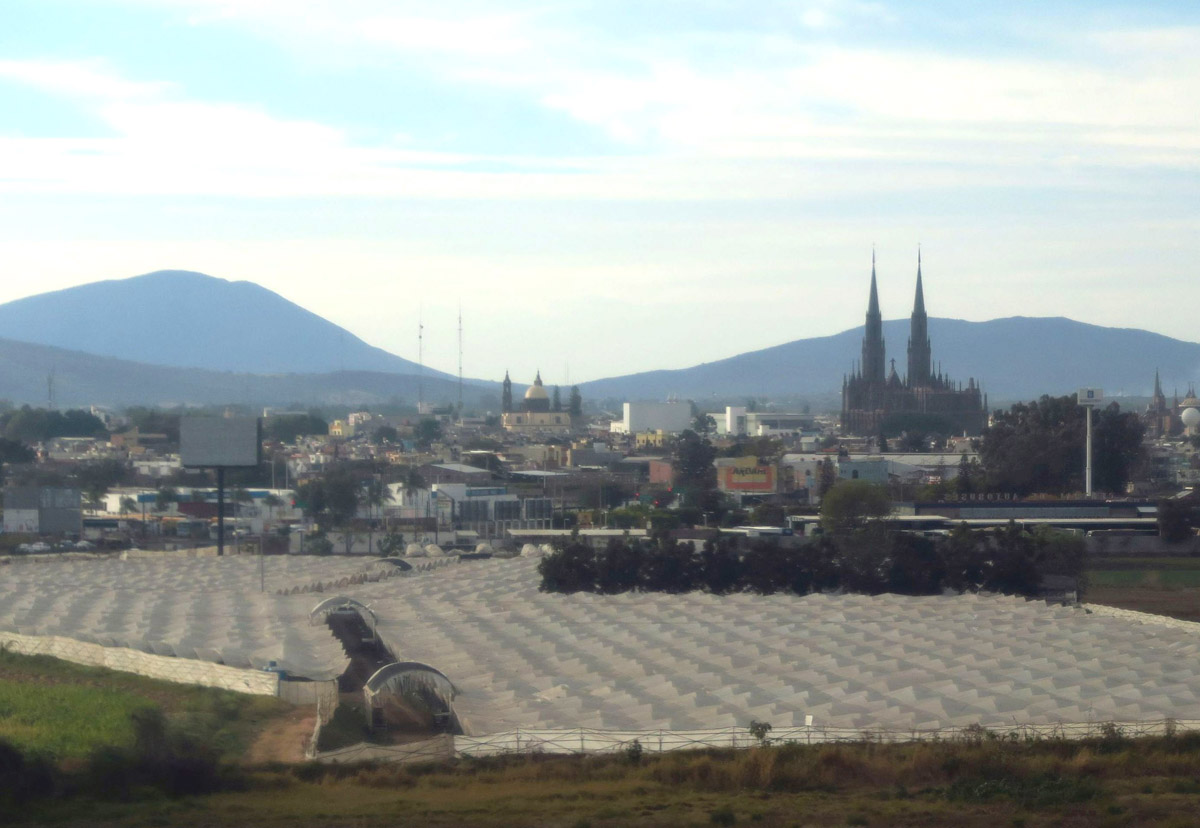 But as someone who prefers to think of myself as a “global citizen,” one of the most painful threats of the incoming administration is our rapidly dwindling reputation among the rest of the world. We are now a laughing stock. But worse, we risk retaliation for what is now being doled out in rhetoric, sure to soon be reality. At the risk of sounding boastful, I have visited just shy of 80 countries in my lifetime. The one overarching theme in every country has been admiration for “America.” From the young boy in Jordon who said “It’s every boy’s dream to come to America” to the man in Egypt who had a life-sized poster of Bill Clinton in his living room, to the almost embarrassing display of affection from Iranians for….not the Aussies or the Brits….but the two “Americans” in our tour group. I have enjoyed that love and admiration of our country for a lifetime. I’m sad my young niece is not likely to receive the same warm reception. 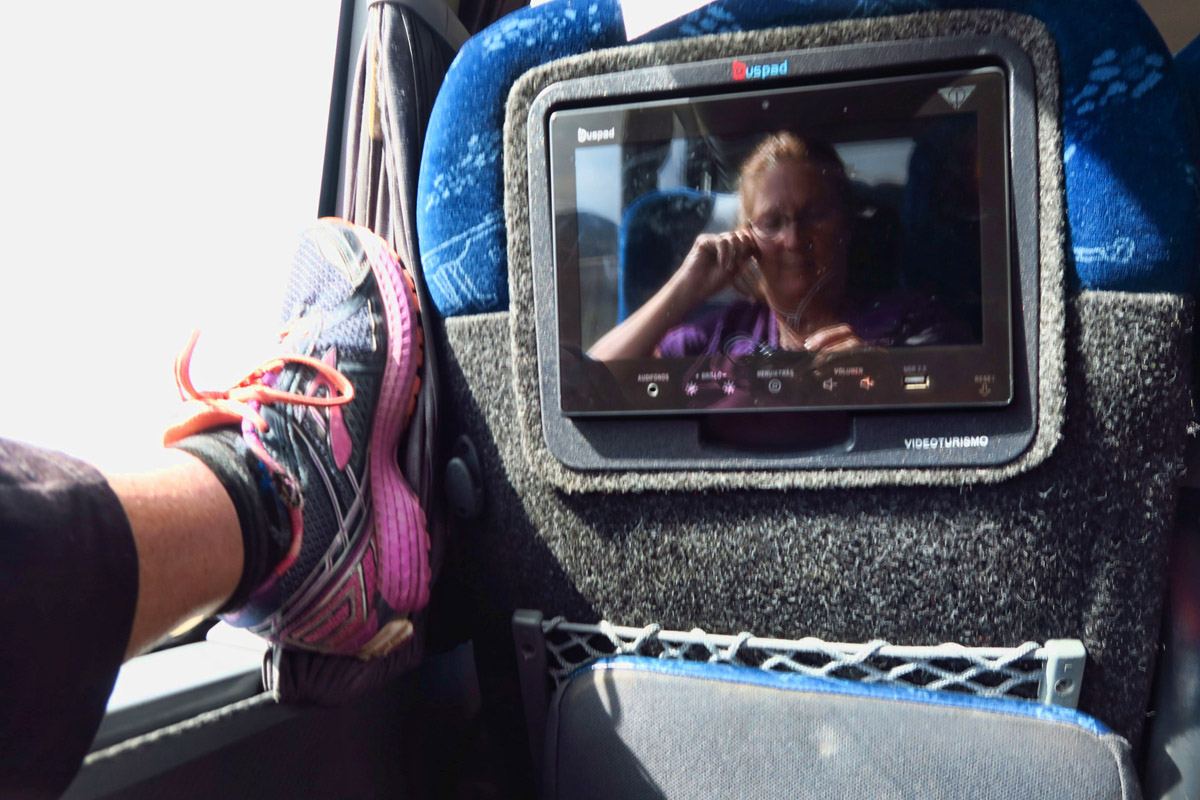 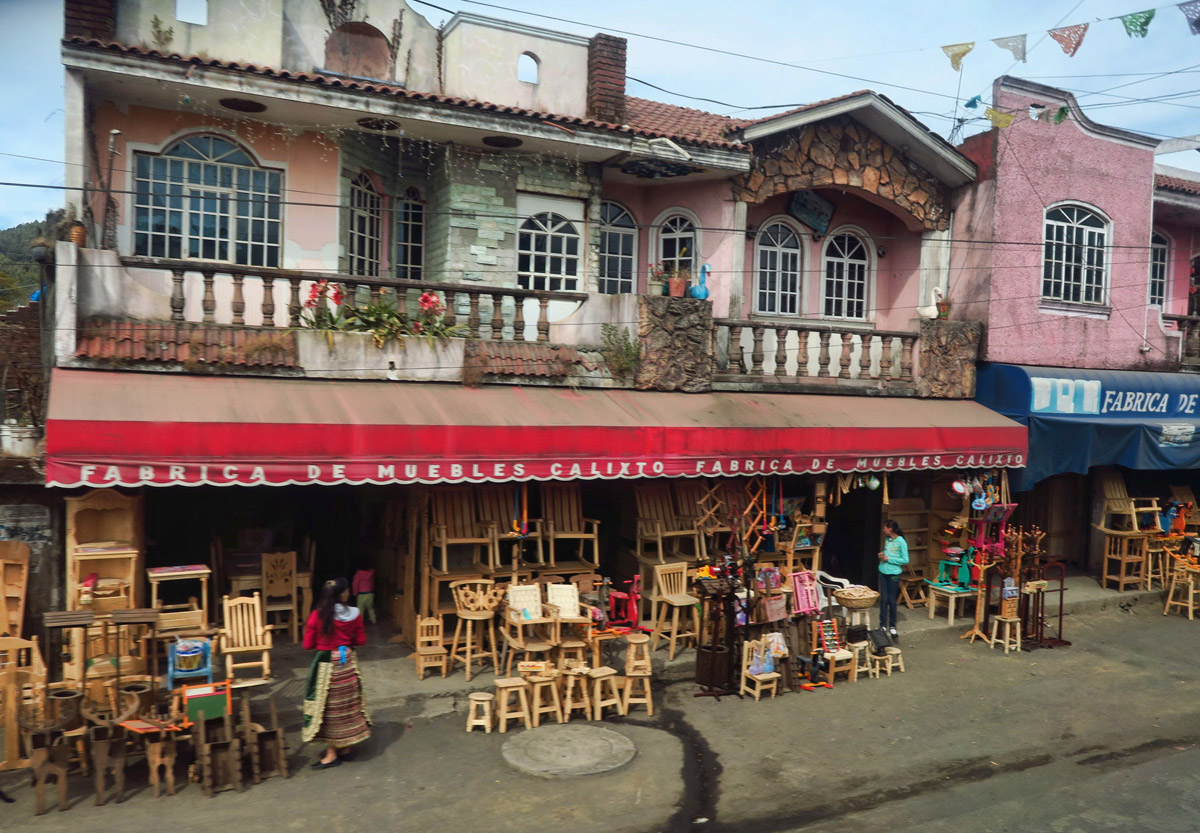 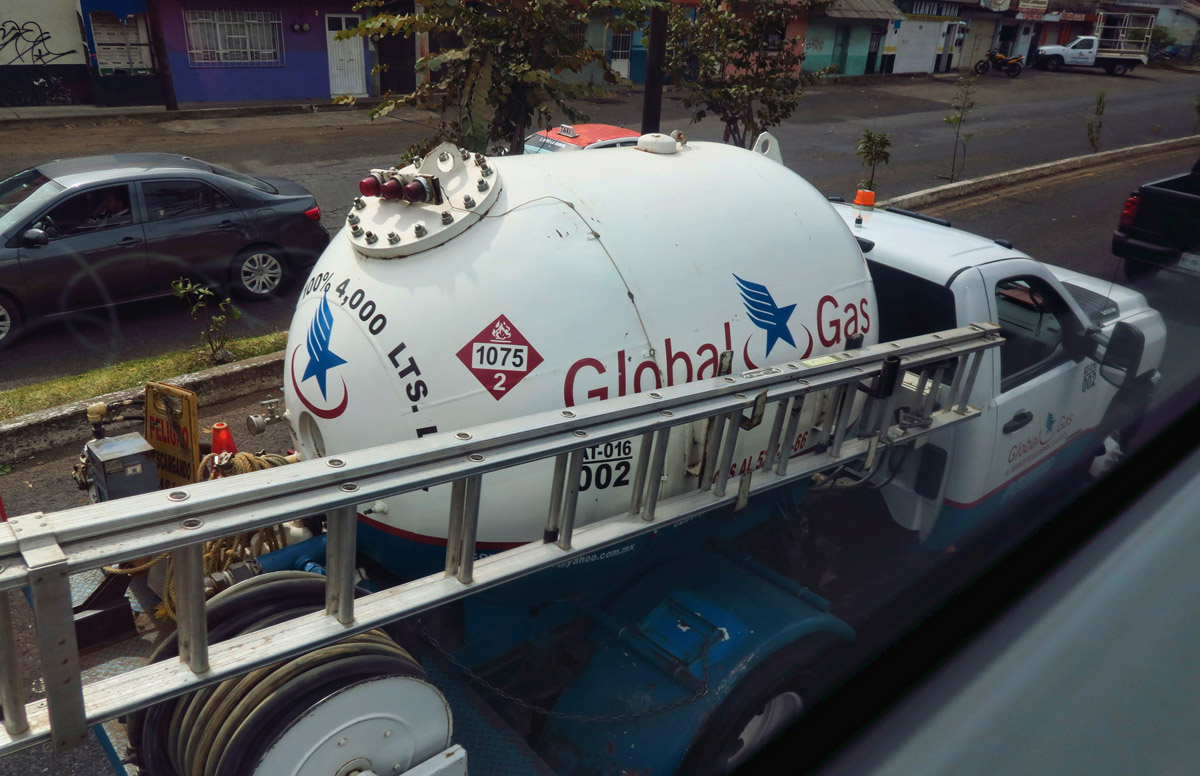 We are global society, and as sure as the laptop made in China that I type on, or the translator app that I hold up to the sign to convert Spanish to English, rapidly breaking down the borders of language, we need the mixed blood and brains of immigrants to thrive. It’s like the Genie in the bottle, there’s no going back, no matter how big or beautiful Mr. Tromp’s wall. As altruistic as “Buy American, Hire American” sounds, it’s not feasible. We need the rest of the world as much as they need us, and not to hide behind a wall while cherry picking what we need as if ordering from Amazon. 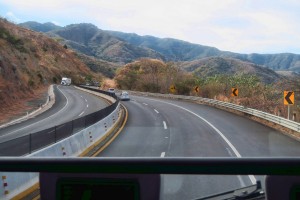 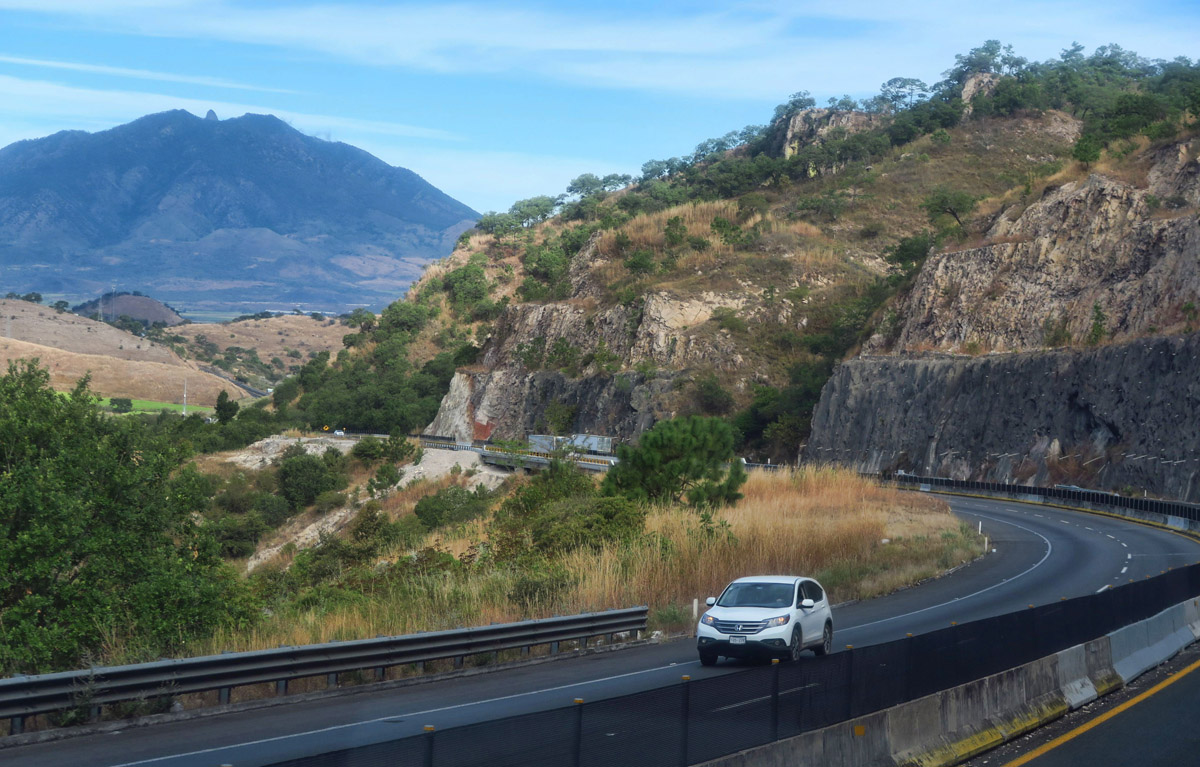 It’s a frightening, destructive thing that fear, bigotry, misogyny and xenophobia can do…So today, I “march” for a greater idea than that which now resides at 1600 Pennsylvania Avenue. 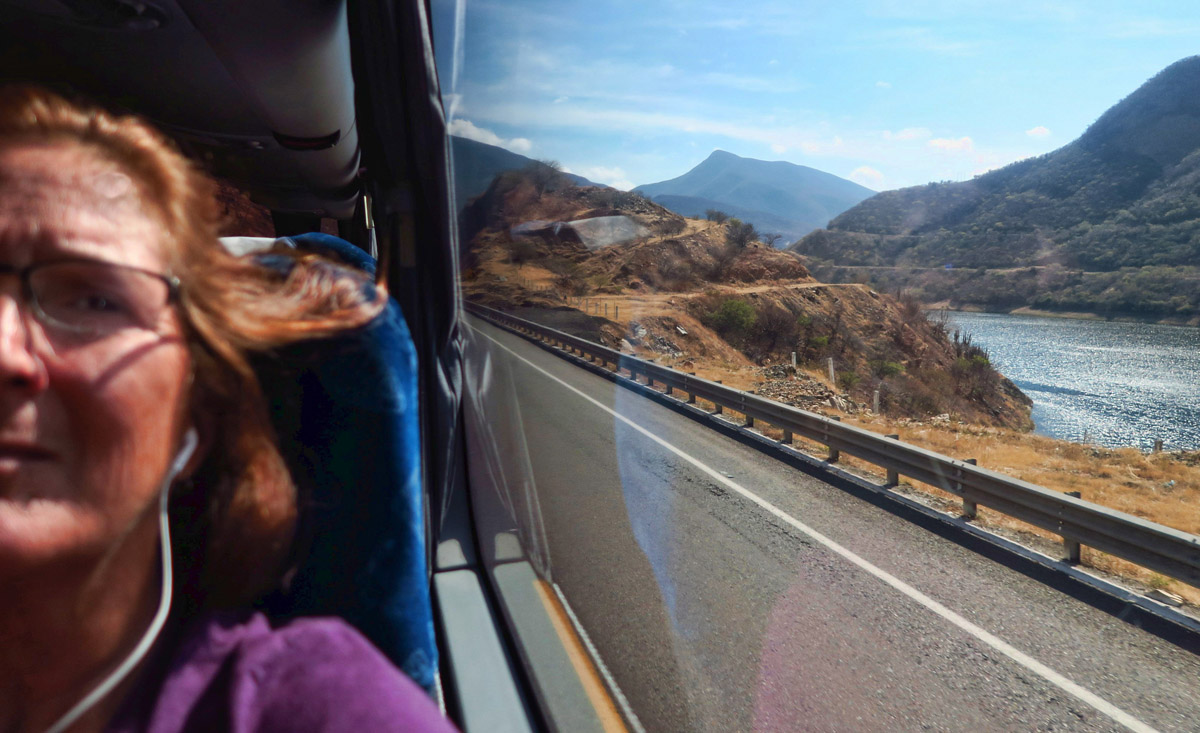 “Dear Mr. President,
Come take a walk with me.
Let’s pretend we’re just two people and
You’re not better than me.
I’d like to ask you some questions if we can speak honestly.

How do you sleep while the rest of us cry?
How do you dream when a mother has no chance to say goodbye?
How do you walk with your head held high?
Can you even look me in the eye
And tell me why?

How do you sleep while the rest of us cry?
How do you dream when a mother has no chance to say goodbye?
How do you walk with your head held high?
Can you even look me in the eye?

How do you sleep at night?
How do you walk with your head held high?
Dear Mr. President,
You’d never take a walk with me.
Would you?”
~ P!nk

43 thoughts on “Dear Mr. President…Come Take a Ride with Me”