The second half of my shopping spree from my ebay proceeds was a new Sea Eagle 330 inflatable kayak. I have wanted a kayak for some time now, but with no garage, along with having to climb stairs to get from my storage to the car, I feared a typical hard shell kayak would end up like my bicycle – the effort to stow it outweighs the pleasure of the ride. So at only 26 pounds, I decided to give the inflatable a try, at least until I figured out if I liked kayaking as much as I thought I might. 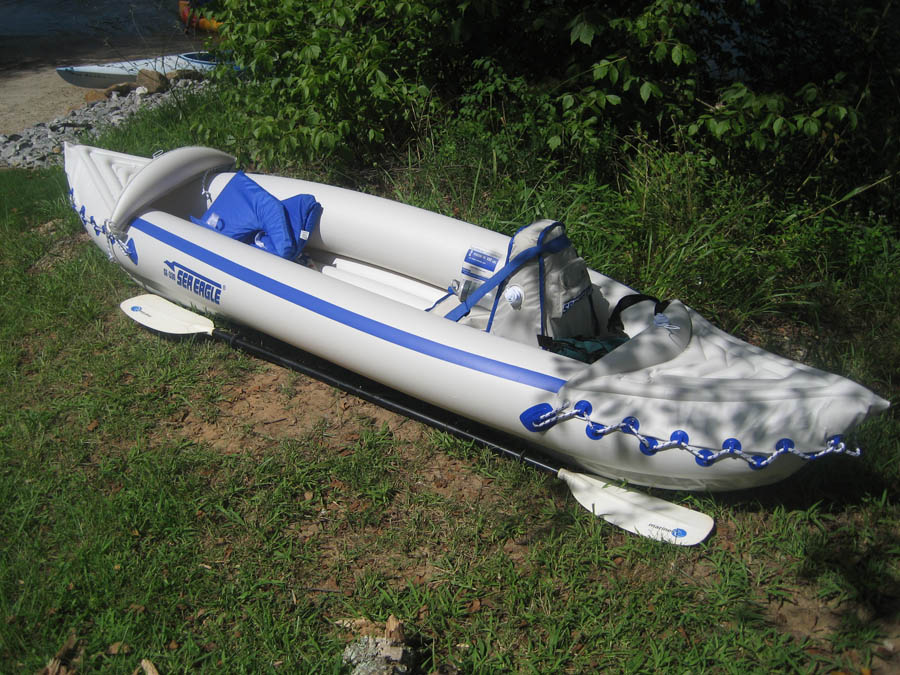 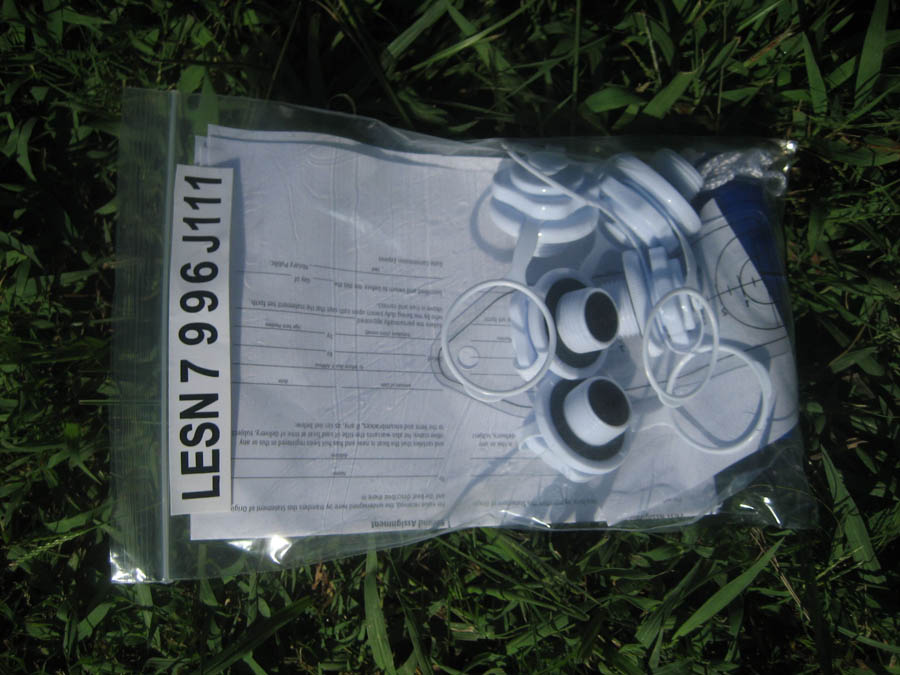 Nbr 1 thing NOT to forget!

You may recall that my intention was to take the kayak out for a test drive on my way back from camping last weekend, however there was just one small problem…this crucial little bag full of plugs was still back at home in the desk drawer. I had hoped for a trial run when no one else was watching, for fear I make an absolute fool of myself trying to get in and out of the thing. But the best laid plans didn’t come to fruition, so it was show time with no dress rehearsal. 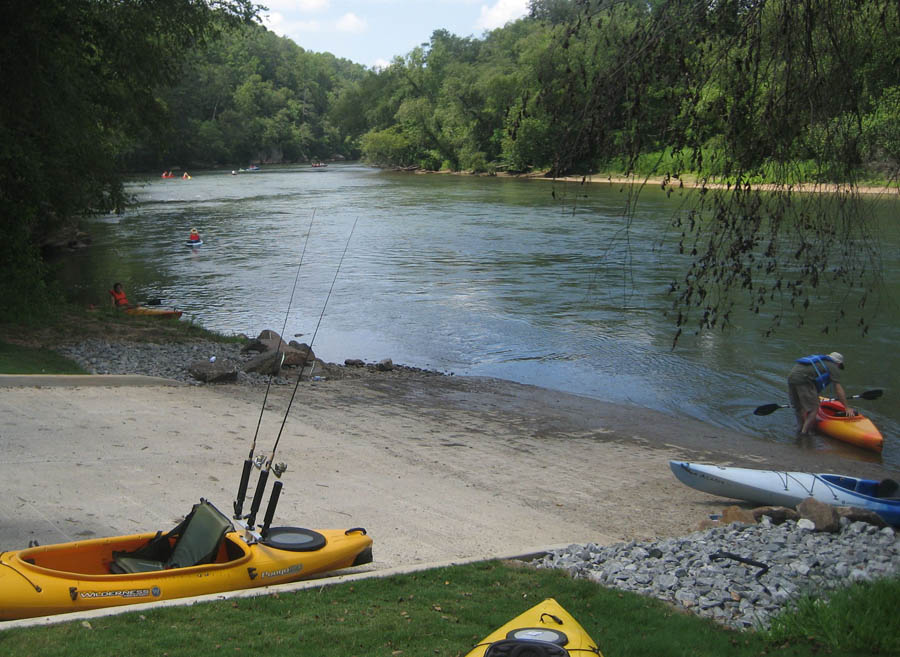 Trial run or not, I didn’t want to miss the opportunity for the fourth annual Chattahoochee River “Summer Splash,” also known as “Shoot the Hooch,” sponsored by Sandy Springs and the National Park Service. It is a once a year FREE event whereby shuttles run back and forth to enable the six mile, one way float down the Chattahoochee River.

This river is a bit of an anomaly, as it runs right along Interstate 285, just 10 miles from my house, yet you would never know you were in the city from the water, as it is flanked on both sides by the Chattahoochee National Recreation Area. Were it not for the occasional ostentatious mansion with wrap-around deck overlooking the river, one might think they were in a wilderness area, with Blue Herons, ducks, and geese flying overhead in V-formation. 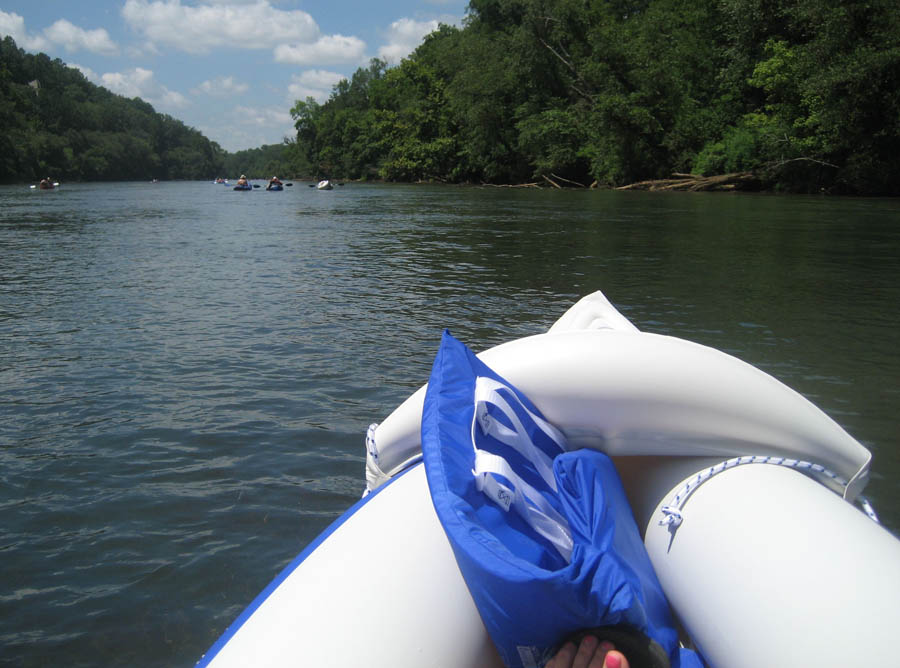 The word “Chattahoochee” means “painted rock” in Cherokee. According to the NPS website, the Cherokee made their home along the Chattahoochee River for thousands of years until they were forced out in the 1830’s. 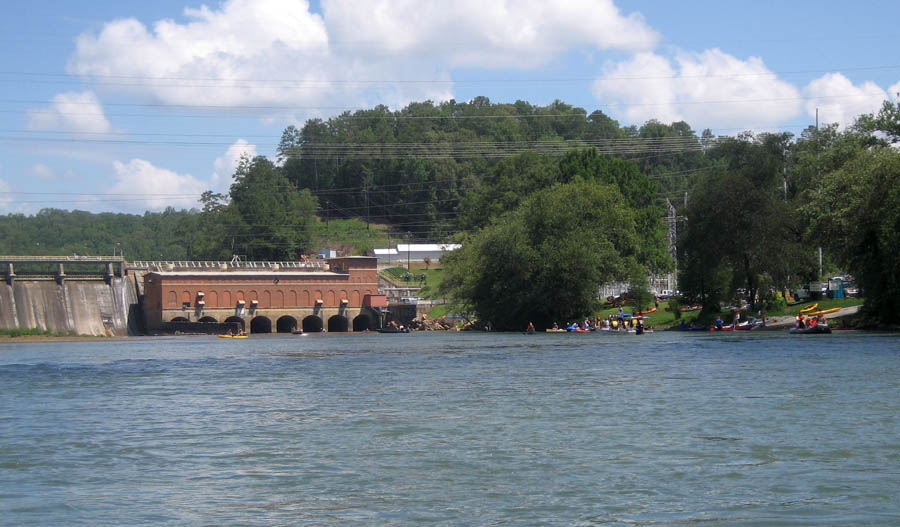 The organizers had the traffic flow arranged so you could pull up right to the “put-in” point at Morgan Falls Dam, drop off your equipment, then drive to the take-out point at Powers Island, park your car (no parking at the Dam) and take a shuttle bus back up to the put-in point. The ratio of volunteers for the event seemed to be about 2:1, so it was like valet service…drive up, and a guy comes out to help you unload! Eric, the volunteer who unloaded my kayak for me, walked it over to a shady spot and unpacked it from the canvas bag. He watched as I pulled out my foot pump to go to work, then scoffed as he reached down and ripped the pull cord from his Honda generator, and had the thing all blown up while I was still trying to remove the plastic shrink wrap from the foot pump!

I raced back down to the parking lot, parked my car and grabbed my gear, just as the shuttle was pulling out. Halfway into the 20 minute ride, I settled down and caught my breath, looked around to take stock of my belongings, and realized the significance of the cliche’, “up the creek without a paddle,” as mine was back in passenger seat of my car. This is a sport that requires a checklist, it would seem! Thankfully, one of the kayak outfitters rented me a paddle, so I didn’t have to waste another hour shuttling back to the parking lot! At this point, ten bucks worth of “stupid tax” for the rental seemed like a small price to pay for an event that was otherwise free.

The river was refreshingly cold on a hot and humid Atlanta summer day! It took me three hours to paddle/float the six miles. I enjoyed the ride immensely, though my overworked arms are already stiffening up. I worry whether I will be able to pick up a fork tomorrow. It was relaxing right up until the last half hour, when a rain cloud came out of nowhere and began pouring so hard I couldn’t see the banks of the river. I may have forgotten the plugs and the paddle, but thank goodness I remembered my West Marine dry bag! 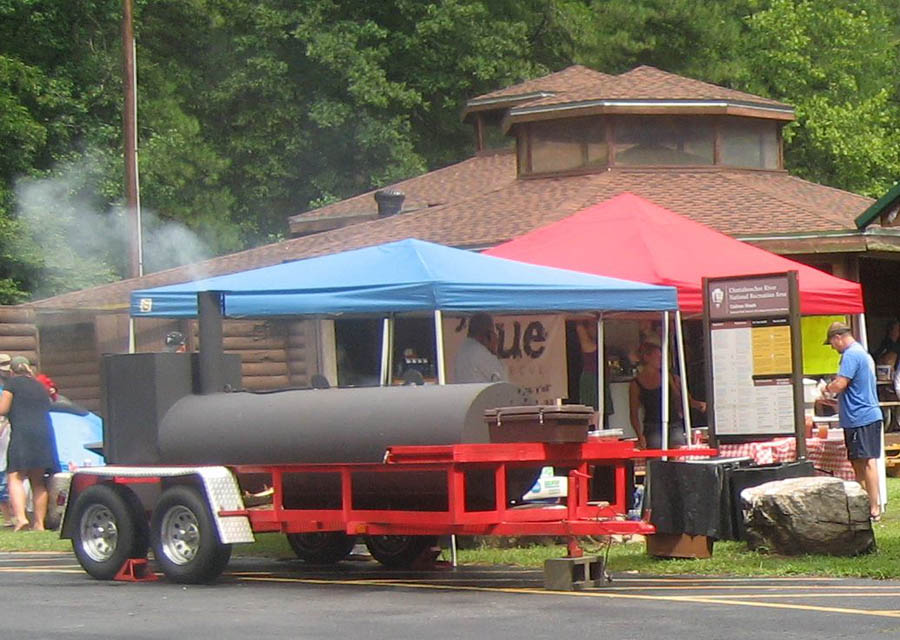 Now THAT's what I call a smoker!

I heard estimates from 800 to 1,100 people registered for today’s event. It was surprisingly organized, and the atmosphere on the river was jovial, even through the torrential downpour. At the end, there were free T-shirts for all registered boaters, along with a great outdoor barbeque, complete with live music in the pavilion which persevered even through the rain! After a three hour paddle, I enjoyed the best pulled pork sandwich I can remember!

The Sea Eagle kayak is a keeper, however even though it is advertised as a two-person kayak, no way would it hold a second person comfortably. I had plenty of room to stretch out, but by the time I got it filled up with my little cool tote, PFD, and my dry bag, it was leaning toward crowded.

It was a fun day – great to be back out on the water again! 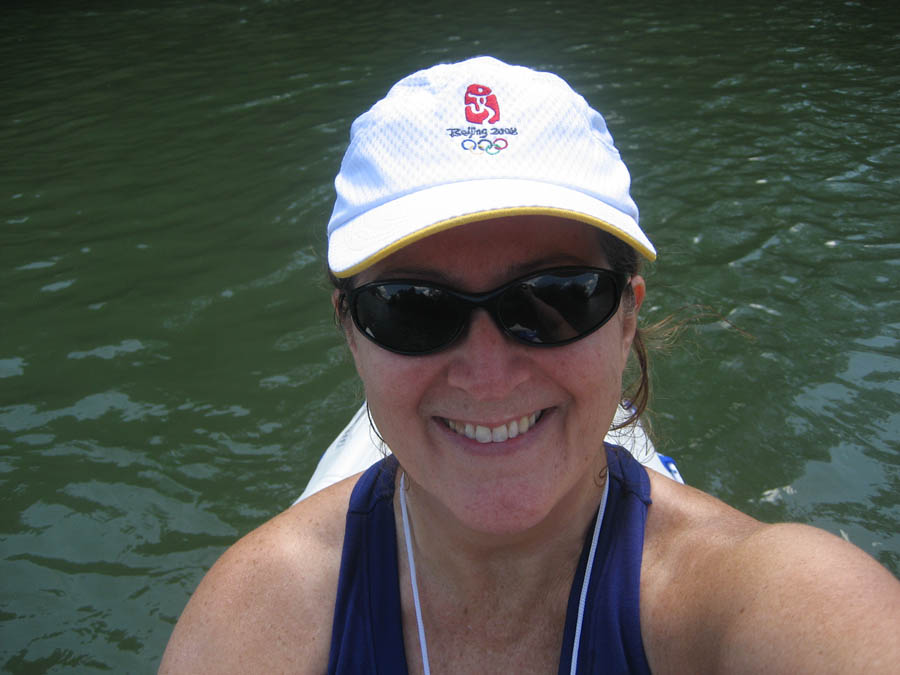 Fun day in the new kayak!

1 thought on “Shoot the Hooch!”