I have ridden many buses in Mexico, but the trip from Morelia to Patzcuaro offered an unexpected treat – a “doble piso,” or double decker bus! This was such a treat to sit on the front row of the upper deck and watch the mountains unfold in front of me! 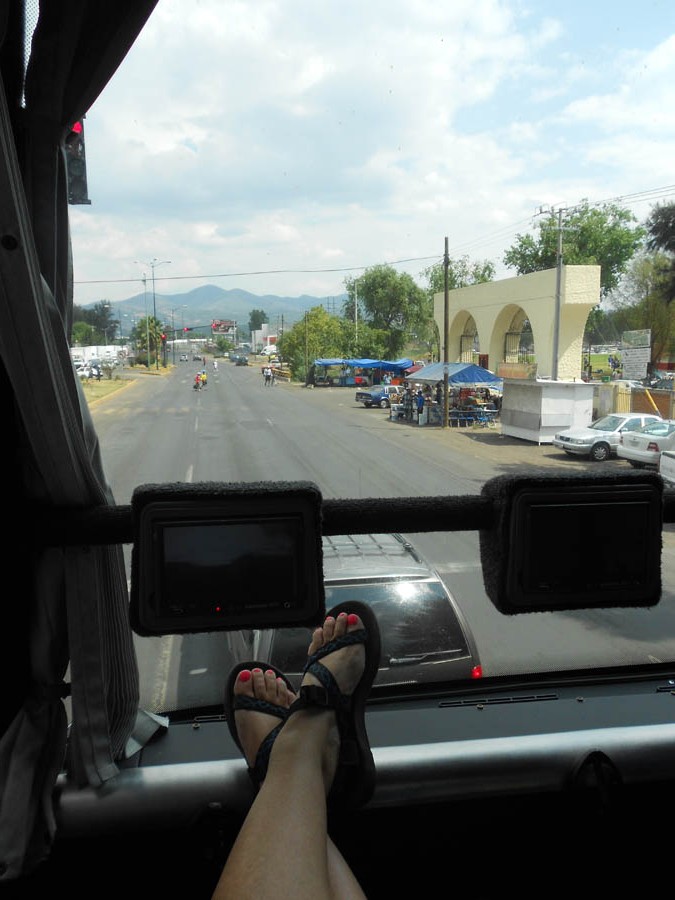 Patzcuaro is one of the many “Pueblo Magicos,” or Magic Villages designated as such by the Department of Tourism for their natural beauty, cultural riches, or historical relevance. Perched along the shore of picturesque Lake Patzcuaro, the town is best known for its Day of the Dead celebrations, but otherwise offers a perfect weekend getaway. 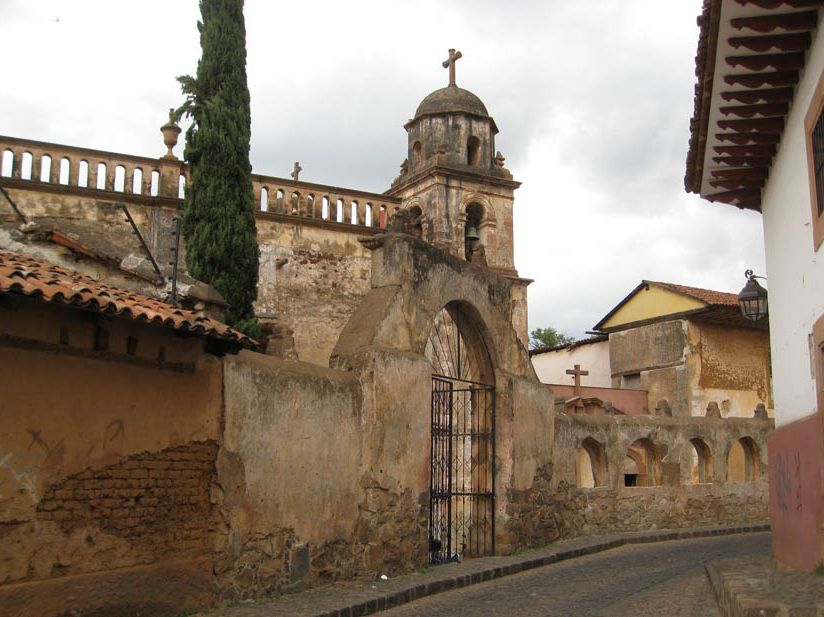 One of the many old churches

This town is old…REALLY old…founded around 1320. Perhaps the most authentic of all Mexican towns I have visited, it almost has a “Tibetan” feel to it, with its two-toned walls of ochre and white, with heavy wooden crossbeams overhead. But the expanse of red tiled roofs reminds one that this is Colonial Mexico at its most authentic. The little town is filled with historic churches, fountains, and little sidewalk cafes surrounding not one, but two squares. 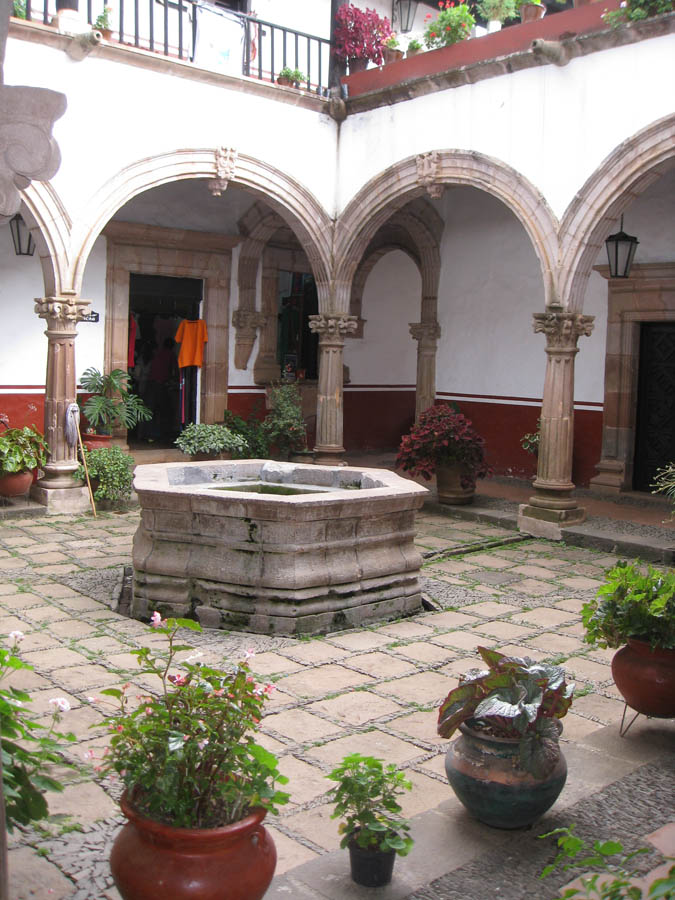 The lake is surrounded by several indigenous villages, each specializing in a particular handicraft; straw baskets, copperware, laquerware, black pottery, and an assortment of handmade musical instruments. In our case, time did not allow a visit to these villages, but they all come together in “Casa de los Once Patios” (Spanish for “House of Eleven Courtyards,) an artisan complex originally constructed as a convent in 1742, surrounding several flower-filled courtyards, each specializing in a different local handicraft for sale. 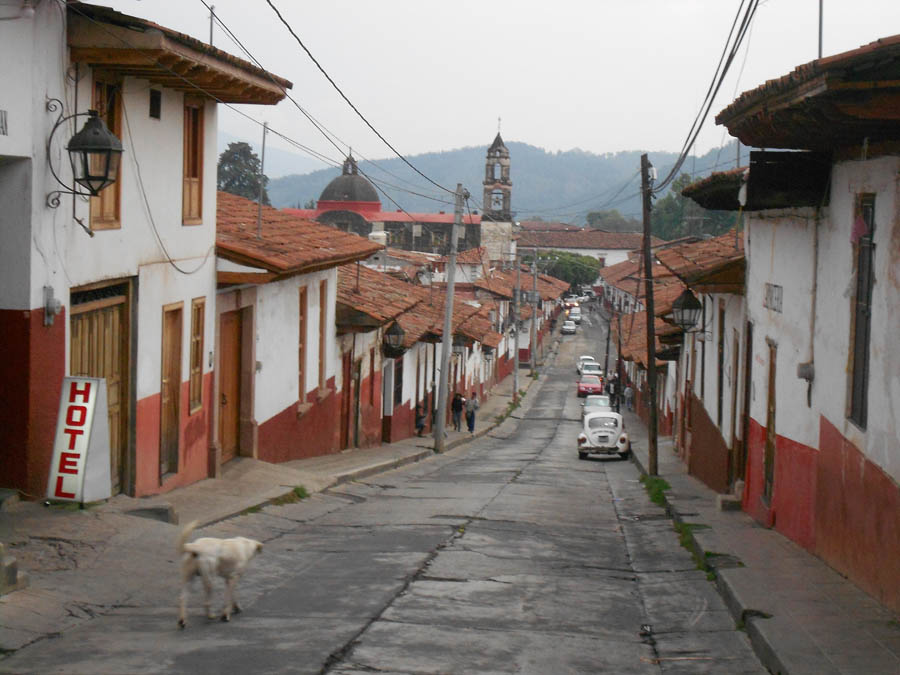 Patzcuaro is a bit of an anomaly for Mexico in that he principal church does not open up onto the main square. Instead, a few blocks away from the main square lies the Bascilica. In case like me, you are wondering what the difference is between a church and a Basilica, the latter is the highest form of a church, often blessed by the Pope. 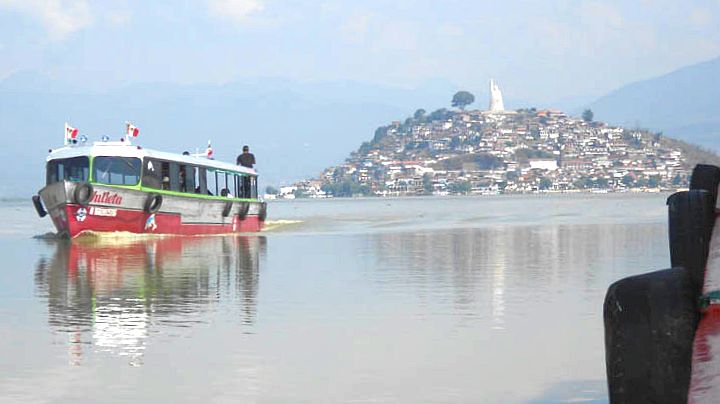 The key tourist attraction, however is the small island of Janitzio, a half an hour boat ride from the Patzcuaro boat docks. And when I say “tourist attraction,” I do mean tourist attraction! This becomes abundantly clear as you approach the island, and here come the famous “butterfly fisherman” rowing like madmen to approach the boat for a photo op (and tip!) as they demonstrate their skills of fishing with these beautiful fishing nets shaped like a butterfly. However, the minute the tour boats pull away, the men drop their nets and go back to bobbing in their boats, awaiting the next boat 30 minutes away. 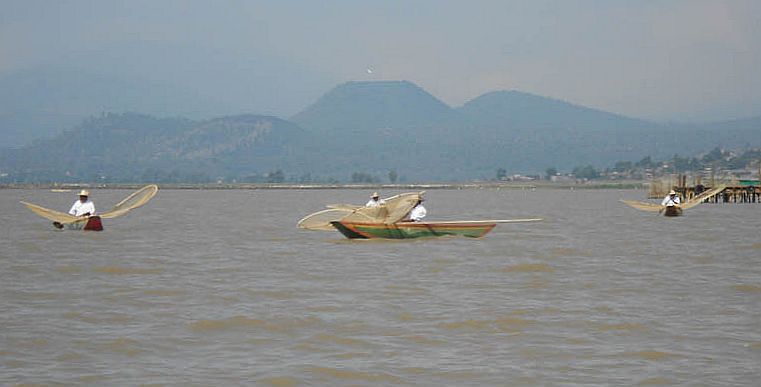 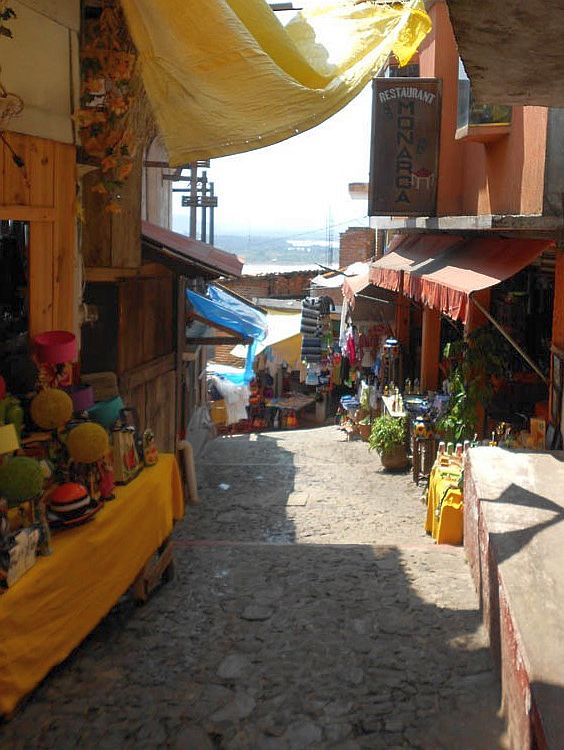 Curio shops and restaurants line staircase to the top

This small island is nothing more than a brutal staircase that winds up and up and up toward a statue of Jose’ Marie Morelos, revolutionary who led the Mexican War of Independence. All the way up to the top of the hill, the staircase is lined with one curio shop after another, selling the usual tee shirts, trinkets, and trash. There must be a hundred restaurants along the climb, all offering a beautiful view of the lake, and enough Mexican kitsch to distract you from what you are eating….”pescado blanco,” or little fried fish from the lake that look like minnows! 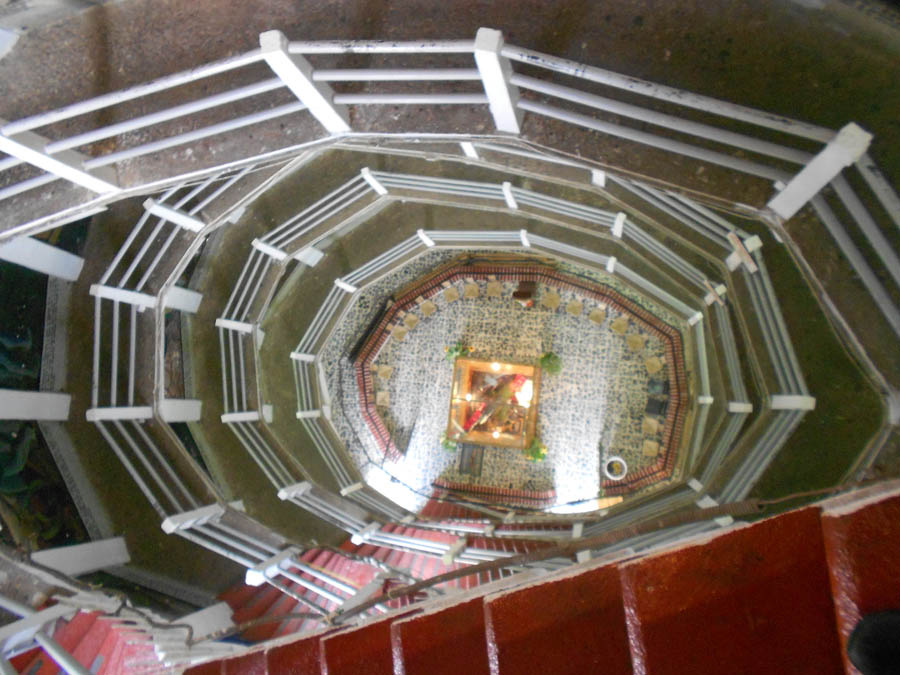 Once you make it to the top of the hill, there is still another 120 foot climb inside the statue, as murals line the walls telling the story of Mexico’s independence, and offering 360 degree panoramic view of the mountains and extinct volcanoes on the horizon.

One of the highlights of Patzcuaro for me was stumbling upon a concert in the lobby of our hotel one evening as I had been out for a stroll, “Rondalla Patzcuares,” thirteen men dressed in black serapes, strumming classical guitars in perfect syncopation. The vibration from their voices and their guitars was palpable. Such is the beauty of Mexico, as their folk music is such a vital part of their culture, you are never far from stumbling upon a little “magico!” 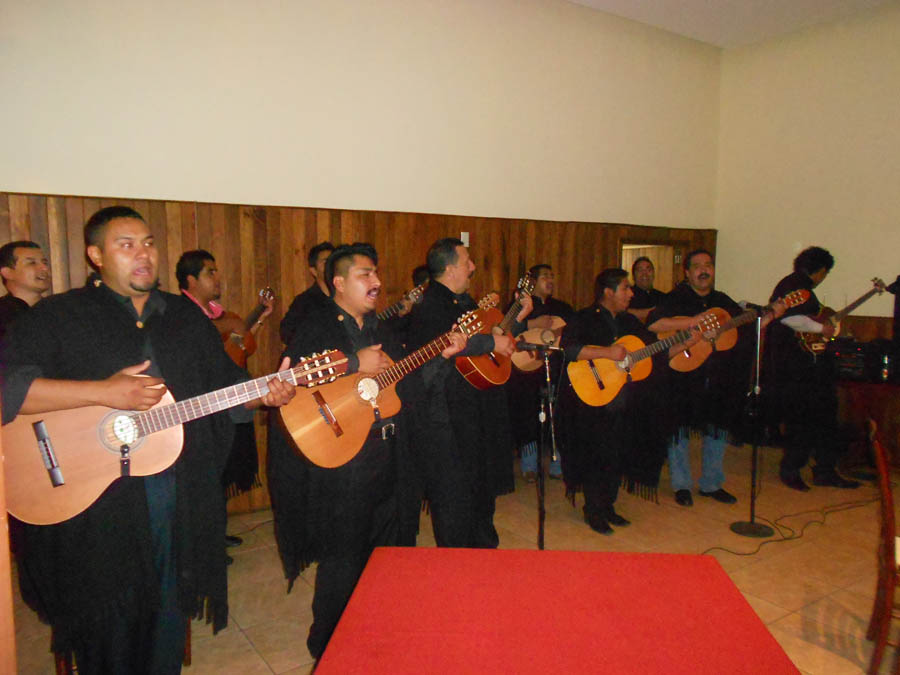