Off and on for the past several years, some faction of my family has made a trek to San Miguel de Allende, Mexico to celebrate the holiday season.  This year, my brother Don and I planned to start the new year right by spending the month of January across the border in our “home away from home.”   Eager to outrun the dropping mercury, we narrowly escaped the sleet storm that hit Dallas on Christmas day, only to take a two day delay due to a little matter of a lost passport.  I am not mentioning any names, but it wasn’t mine.  😉 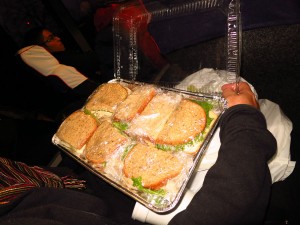 At 84 years young, our Mom still packs the best “sack lunch” going.  Don with his ice chest full of cervezas and I with my bag of Target Malbec (throw away the box, and you’ve got a portable Boda bag!)  were settled in for a long night.

The bus was late getting out of Dallas, and the eternal traffic hell that is I-35 through Austin only slowed us down more.  It would be 11:00pm before we finally rolled up to the US border, feeling like the only bus in town.  Until, that is, we hit the bridge.   The buses were backed up all the way across the Rio Grande, waiting to clear Mexico customs. 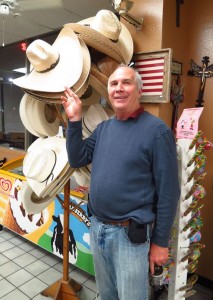 What does one do while sitting on a bus for twenty-four hours?   Well, lemme tell ya, it can get pretty boring, pretty fast!   Once the sun goes down, there is little in the way of entertainment outside of tail lights and truck stops.

If you speak Spanish (and are hard of hearing!!) there is usually a Mexican movie.  There is always sleeping of course, if you are good at alternating butt cheeks.  And there is the alphabet of ipoding, from the Allman Brothers to ZZ Top. 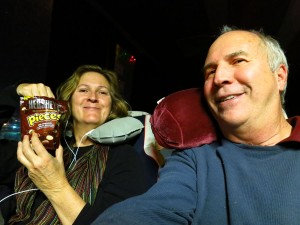 My, how time flies with CHOCOLATE!

Or you can eat….and eat…..and eat again! 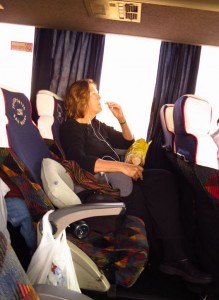 “Are you gonna finish that whole bag??”

Two hours into our four hour border crossing, a Mexican man in a baseball cap (our own “coyote”…hehe!)  boarded the bus and made the announcement that we could all pay ten bucks a person to try to bribe the customs officials to let us through the border more quickly.  This potentially meant not  having to disembark, drag all the bags off the bus, trudge single file through the luggage x-ray machine, play “Red Light Roulette” with their random stop light selection process where we, the unlucky tourists, get a “deep dive” through our contraband of imported cheeses.   Don and I laughed about this possibly being the most stupid investment of ten bucks we had ever made, but everyone else seemed to be ponying up.  Besides, what’s ten bucks when you are crossing the border with a hundred bucks worth of gourmet food items for our “foodie friends” on the other side? 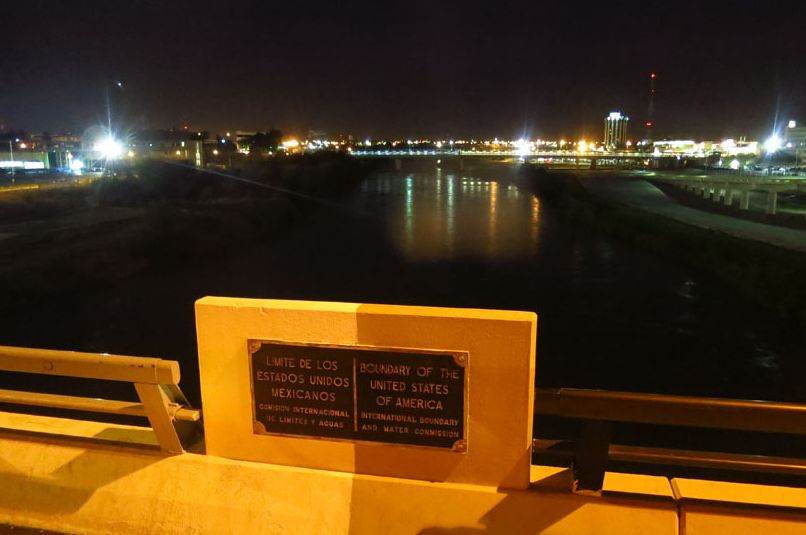 Two hours and two bus lengths across the Rio Grande

Finally, as the fourth hour rolled around, it was our turn in the inspection bay.   They pulled a couple of people off the bus….one guy who was importing rice, and a couple of others for reasons we could not translate. But we soon heard the “woosh” of the closing bus door as we let out a simultaneous sigh of relief.   We were rolling out of the inspection bay without having to unload the entire bus!   It may have been our stack of ten dollar bills as a bribe.  It may have been the fact that Laredo was experiencing an unseasonable cold snap, and all the border guards were bundled up in hoods, hats, gloves, and mufflers, and didn’t want to come out of their cozy kiosk.  After twenty-four hours of bus-induced coma, it really didn’t really matter — we were just happy to be rolling again… 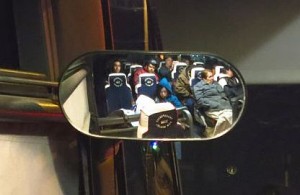 USA in our rear view mirror…