This being a repeat visit to San Miguel de Allende, I set my intentions to make some new discoveries this year.  In a town this small, that is not so easy after four or five visits.  Or so I thought…. 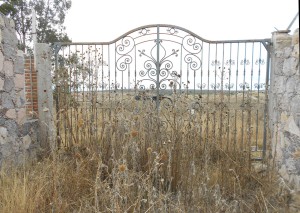 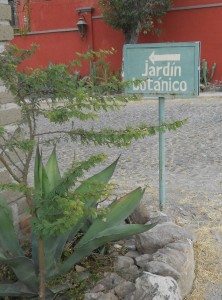 I had read a few recommendations for San Miguel’s botanical garden, “El Charco del Ingenio Jardin Botanico.”   How could a botanical garden in a town the size of San Miguel possibly live up to a name like that?    When asked, my brother Don who had visited previously said, “it’s fine if you like cactus…”  Given that I am still picking out cactus splinters from my last close encounter with a cholla, I didn’t hold out high hopes.  But still stinging equally from the New Years Eve crowds, I was eager for a walk where I didn’t feel the prickly pokes from over-crowed sidewalks! 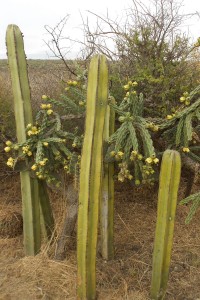 Don’t stand so close to me!

The brochure said to take a taxi, as the steep climb was for “hikers only.”  “Sissies!,” I hissed, though I later ate those words after an almost vertical climb for 30 minutes at an altitude of 6,000 ft.   Unbeknownst to me, there was a shortcut through the back gate, but I still recommend coming the “long way,” otherwise you miss the well stocked, informative visitor center.   More importantly, you miss the smell of carrot bread wafting from the little outdoor cafeteria! 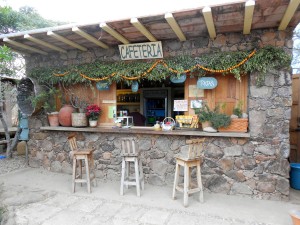 Walking up to the Visitor’s Center to the sounds of Vivaldi, I was pleasantly surprised to find a very friendly, helpful english-speaking young man at the desk who offered a map of the 170 acre ecological reserve.   There is a circuit trail that takes about 90 minutes, but I had gotten too late a start, so he was very helpful in mapping me out a shortcut to still see the highlights. 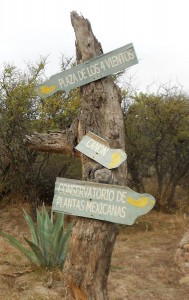 The trail is well marked and signed, which for a solo hiker like me with limited navigational prowess, is essential.  It leads through three zones; the canyon, the wetland, a wildfowl habitat around the reservoir, and the chaparral, typical semiarid landscape of Mexico.  I only have time for two out of the three, so the Friendly Giftshop Guy recommends the first two.  I will save the third arid, less interesting zone for a return visit when I have more time (for the entire trail AND the Nutella crepes in the Cafe!) 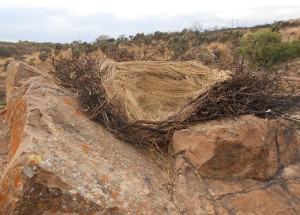 Nest is about five feet in width! 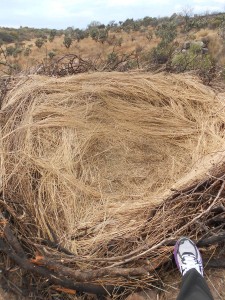 (My size 8.5 shoe for perspective)

(UPDATE:  After asking everyone I knew what could have made such a nest this big, I finally climbed the hill back up to the visitor center to ask.  “eet ees ‘Art,’ Senora!”    Art, my a$$!  Leave it to San Miguel to “hatch” such an idea!)

As I head toward the canyon, it feels so great to feel a trail beneath my feet again!   Midway down the path, I come across this giant nest!  I have no idea what kind of animal made such a huge home, but I move on quickly before it decides to return home to defend it’s territory!  (No time to return to ask Friendly Giftshop Guy, but will surely ask on my return visit.) 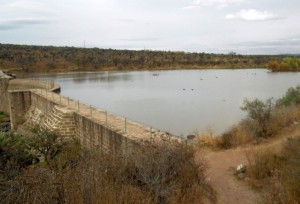 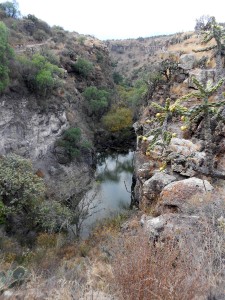 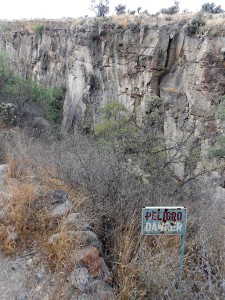 The reserve hosts many “rescued plants” which are endangered due to hydroelectric dams, highways, and urban sprawl.   For a view of urban sprawl made beautiful, head toward the end of the trail where there is a great “mirador” offering a view of San Miguel down below. 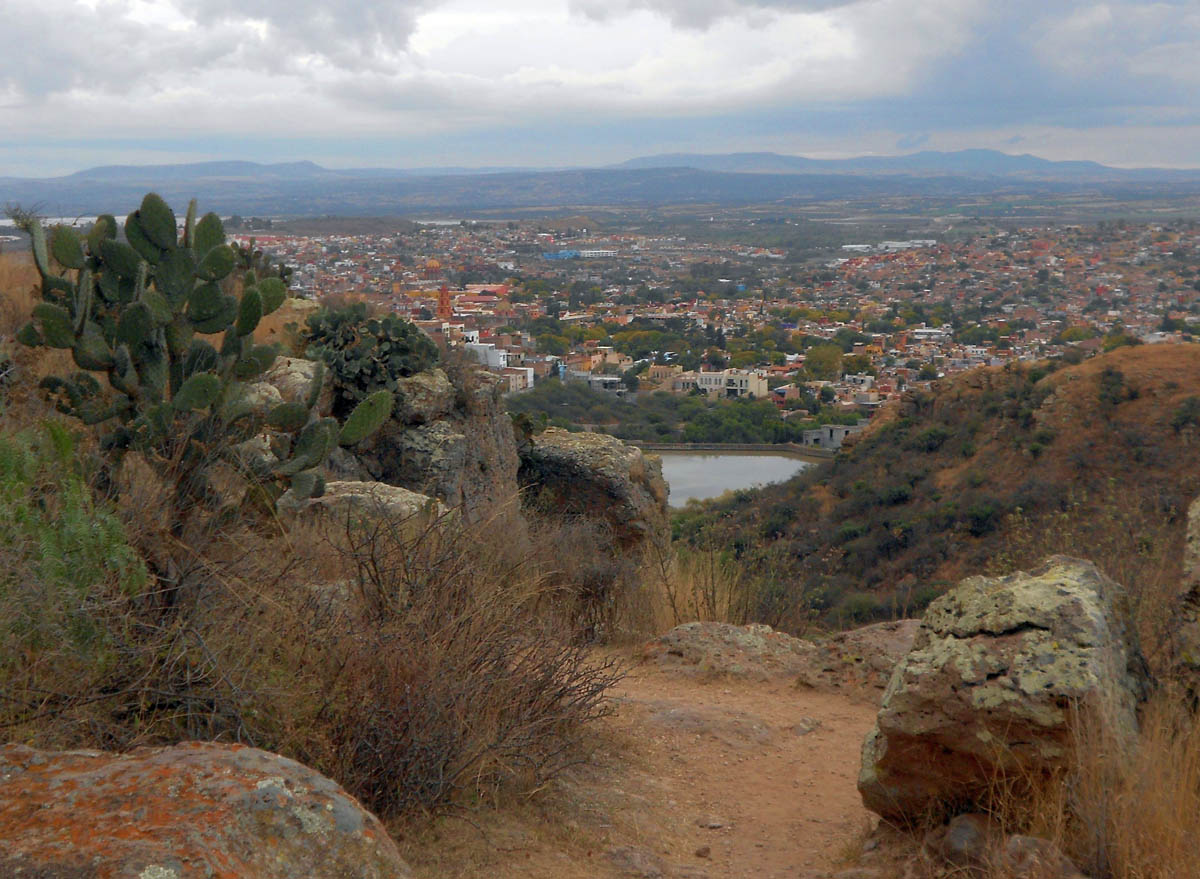 From the mirador, overlooking San Miguel

In 2004 El Charco del Ingenio was proclaimed a Peace Zone by the Dalai Lama during his visit to Mexico.  It is one of five Peace Zones designated in the country, places free of violence and arms, dedicated to the conservation of nature and community development. 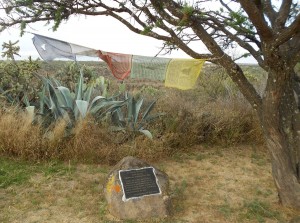 Prayer flags from the Dalai Lama

I didn’t see another person during my hike, which certainly offered the welcomed feeling of peace and serenity, far from the noise of the city and masses of humanity… 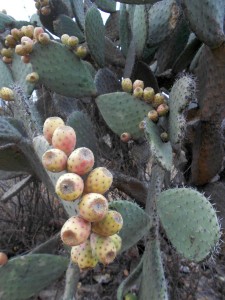