I have been parked in the driveway of my parents’ home in Central Texas.  Having grown up here, I know the old joke about “Don’t like the weather?  Just wait 15 minutes!” had to be coined about Texas, as it is common for the temperature to drop from the 80’s to the 40’s in an hour.    The weather was pleasant when I arrived, but the forecast predicted the always dreaded “wintery mix” on the way.   So I began making plans to winterize the Winnie.   I arranged with a local tire station to use their compressor to blow out my waterlines.  I had planned a trip to Walmart to buy some “pink stuff” for the sink traps and holding tanks.   And also planned to go back to my storage shed and get my outdoor extension cord and drop light to put in the sewer bay.   The storm was coming on fast, and there was not much time. 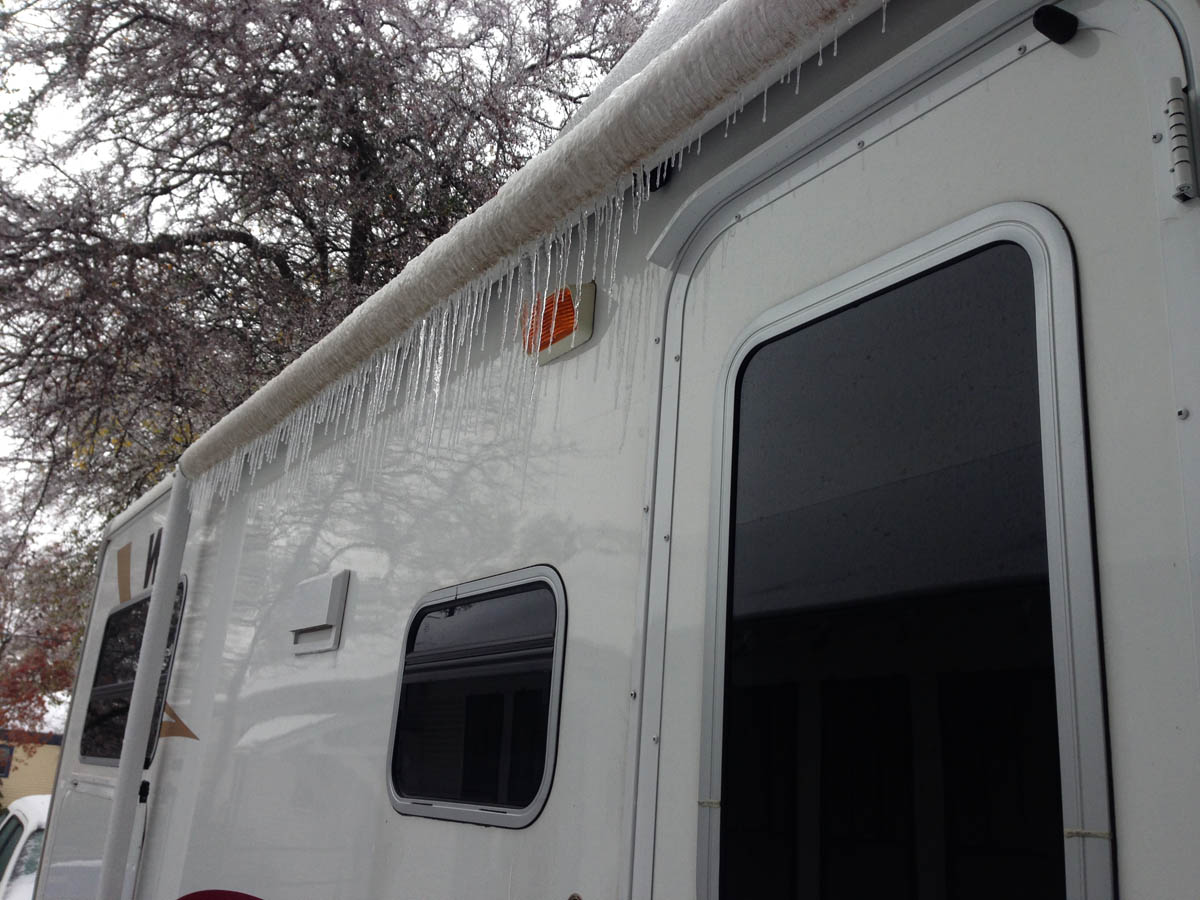 And then, it hit me….some 24 hour bug that had my upper and lower sphincters competing for who was going to get to the toilet first.   (TMI?)   Anyone who knows me, KNOWS I am sick when paying for expensive repairs seems like the lesser of the two evils over getting out of bed!

So in came the ice….for four straight days, no one could even get out of the driveway.  My parents live in a very rural town, so streets are closed rather than sanded.   Nothing to do but wait for the thaw, convalesce,  and hope for the best. 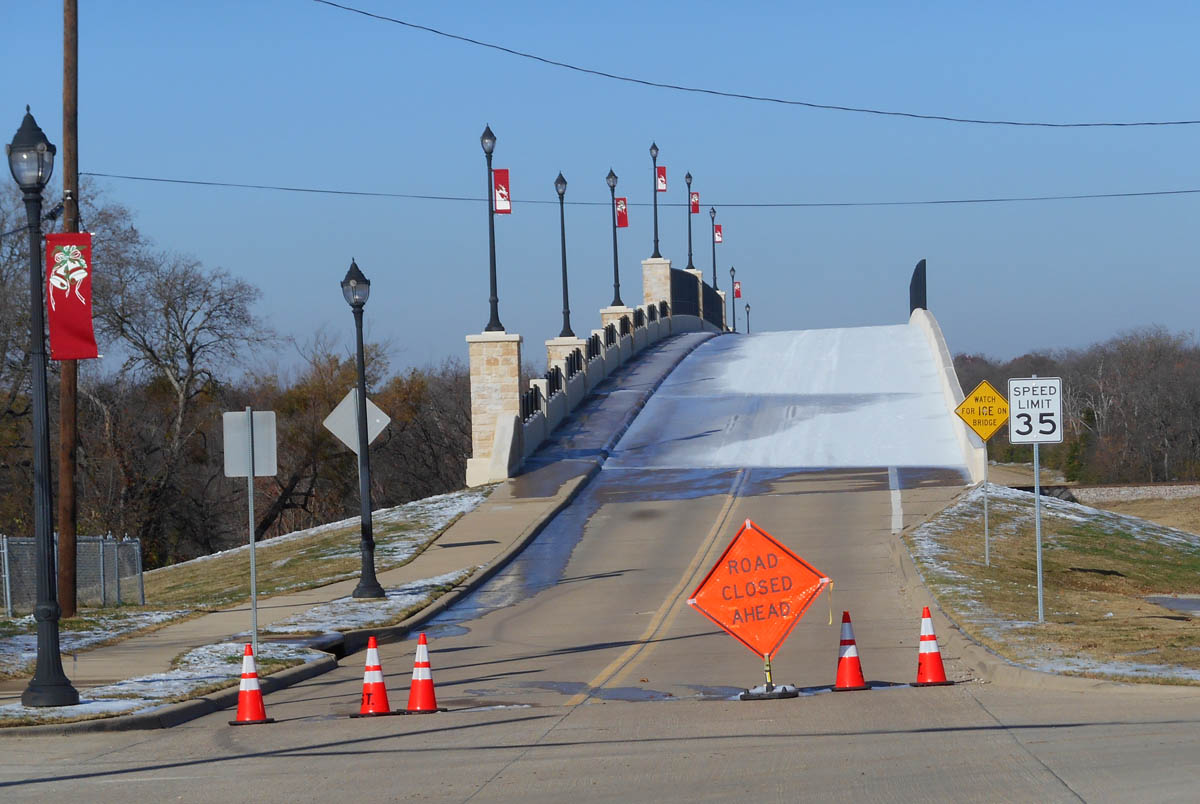 I am happy to report that even though we hit lows of 17 degrees, both the Winnie and I recovered beautifully, but not without a few sleepless nights.  Between the fever that came with the stomach flu and the sound of ice laden branches raking across my roof, I was hallucinating that raccoons and possums were trying to seek refuge in my slide bay, which had me out looking for footprints in the snow in the middle of the night, wearing my PJs and wielding a broom handle as a weapon.

I wish everyone a safe, warm, happy, healthy Holiday Season!

6 thoughts on “Welcome to Texas, Snowbirds!….or “How to Survive a Texas Ice Storm!””