I struggle to put into words objectively my impressions from nine days on the river, which is why I thought it best to let the photos “speak for themselves” in the form of photo album posts.  After nine days away from civilization, it may take me some time for my hindsight focus to adapt from what became a bit of “perceptual narrowing.”  But I think the photos are an excellent analogy of how powerful is nature as compared to our brief, insignificant lives. No matter the disparate joy or sadness, rugged discomfort and challenges, generations of life’s experiences layered in striations on top of one another, they are all a nanosecond on the face of an uncaring canyon carved over multiple millennia. 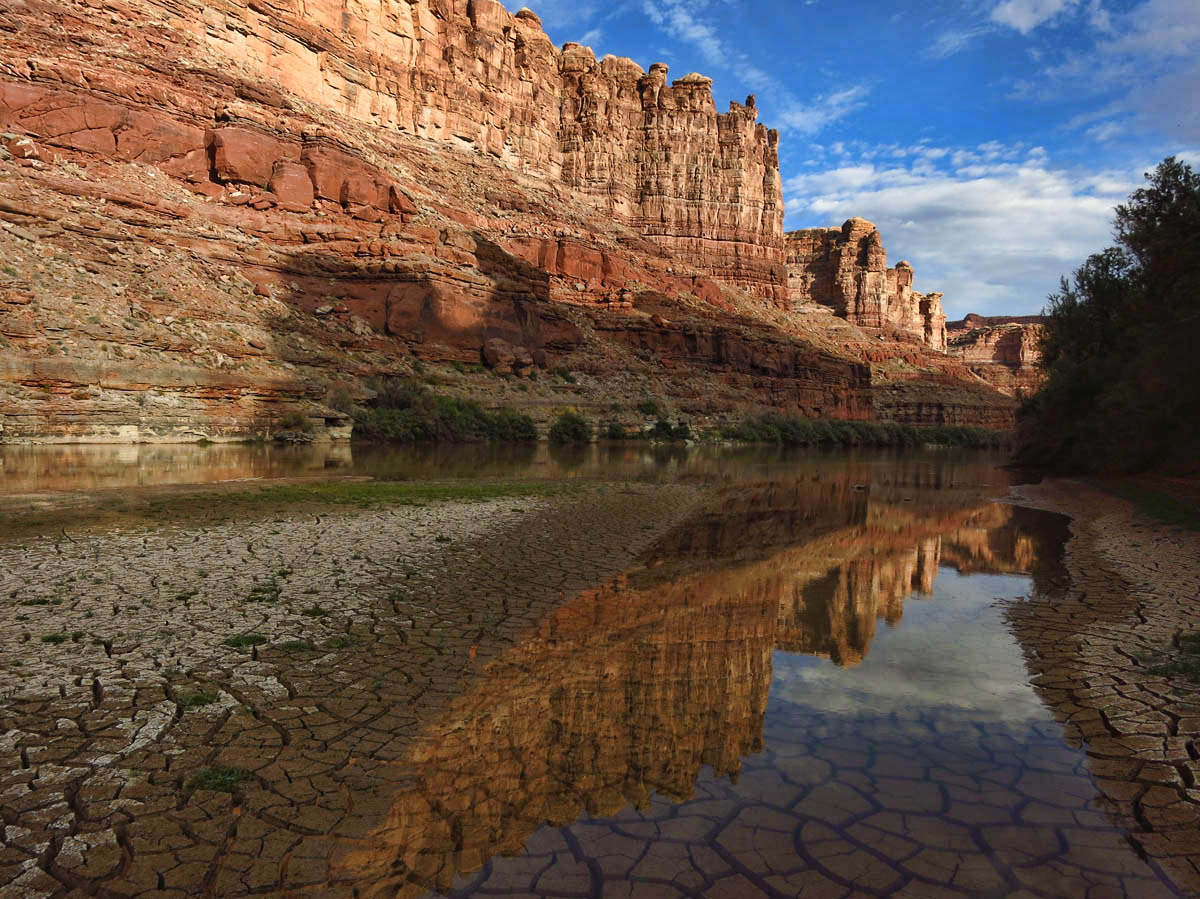 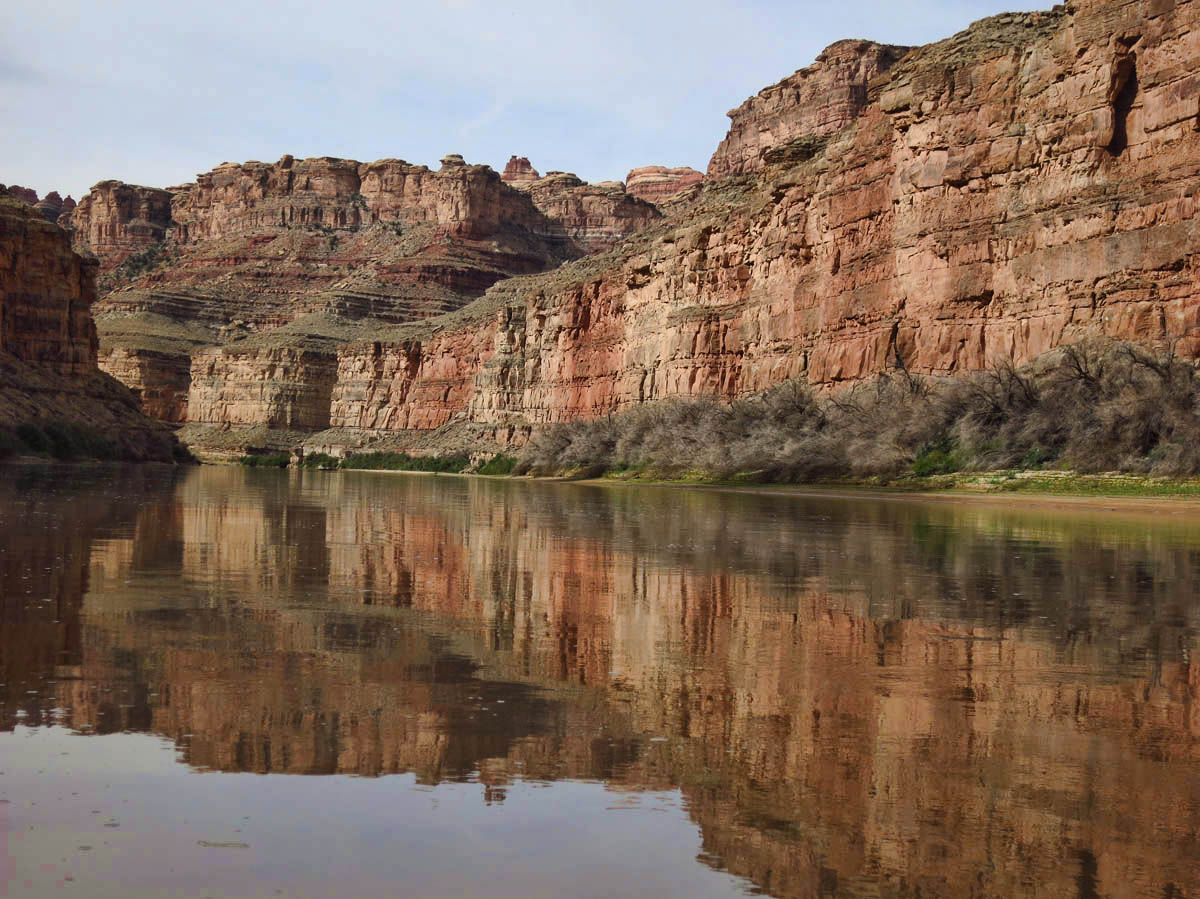 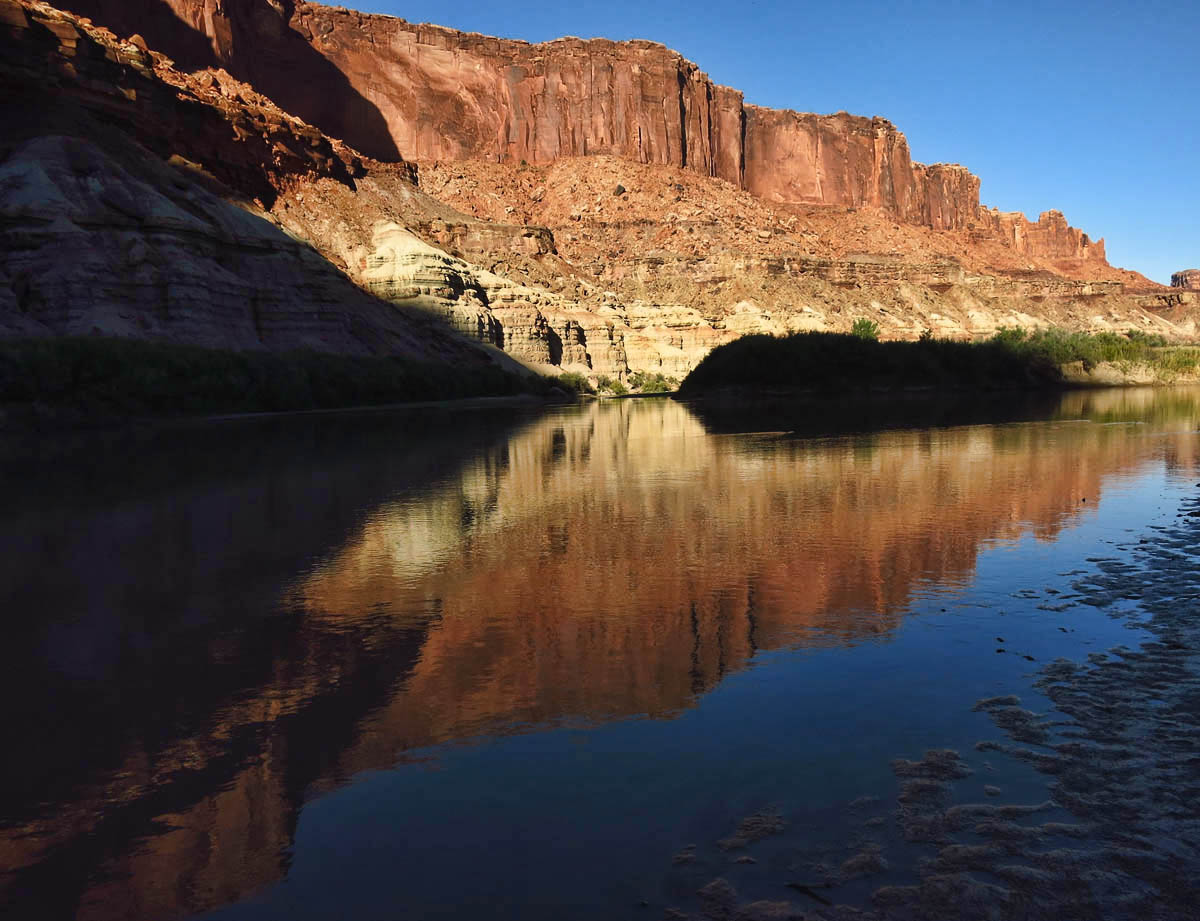 I want to express my gratitude to John and BJ for inviting me along for this experience. I learned so much, not only about respect for the river, ease and comfort while in camp, but also about what works and doesn’t work for me. I was able to learn under their tutelage, taking advantage of twelve years of knowledge and experience on the ever changing river. 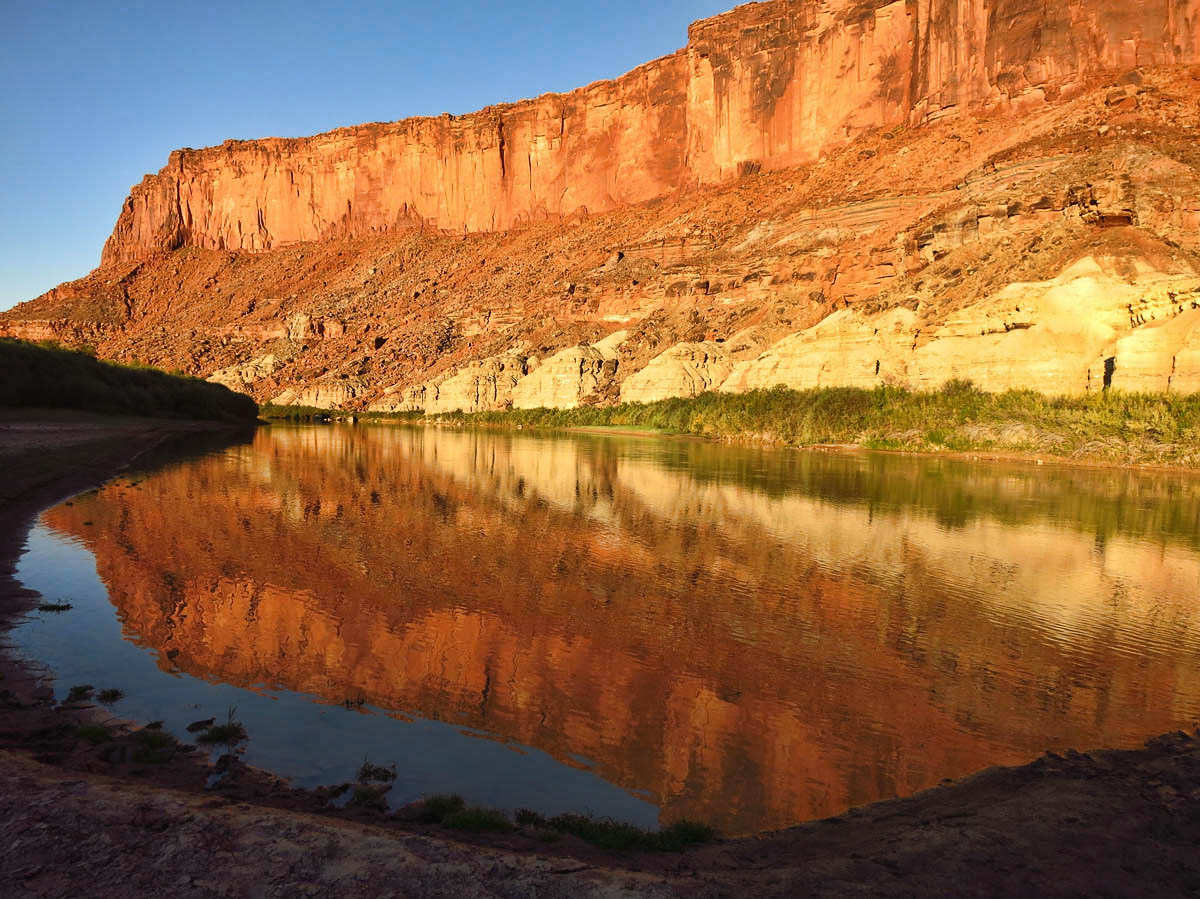 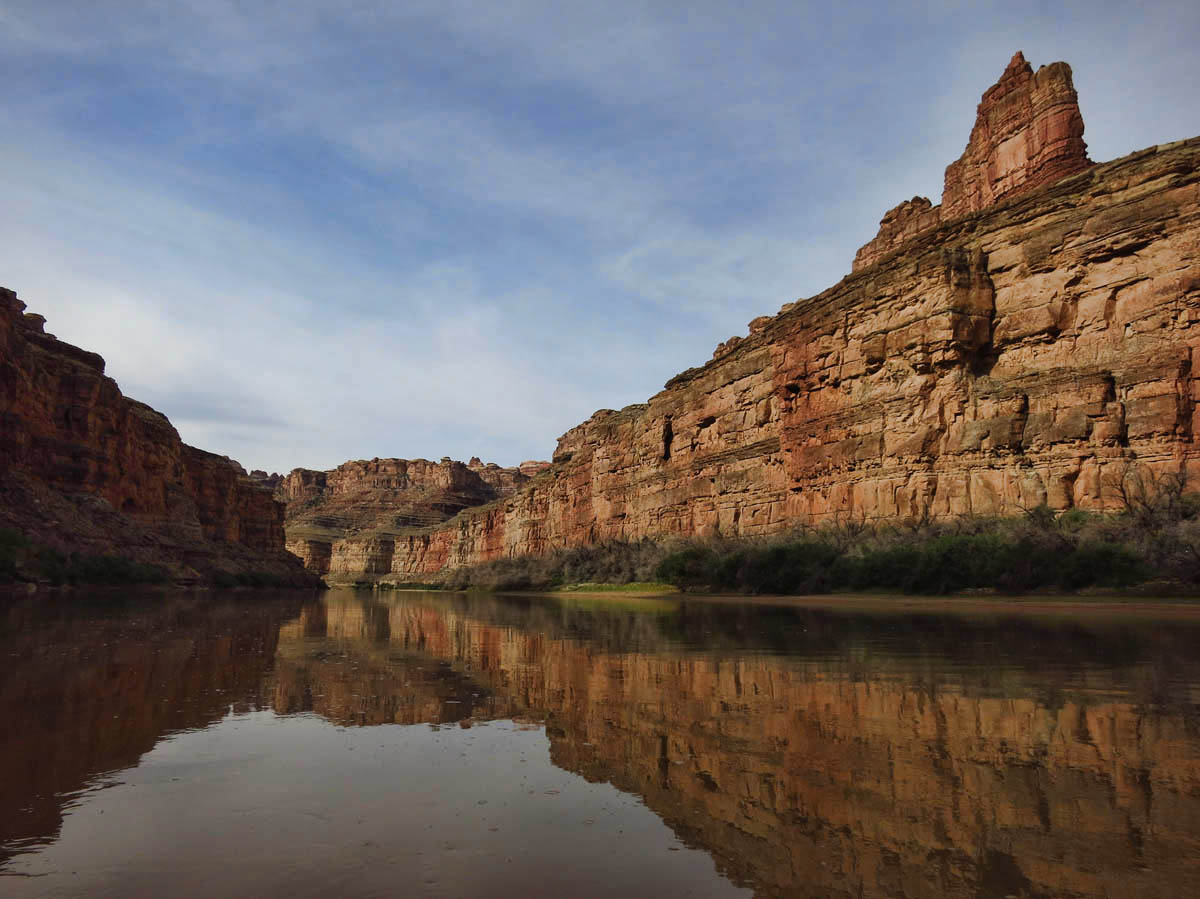 My gut instinct in going in to this trip was “It’s too soon to be cut off for that long.” I am still one raw, ragged nerve after losing 40% of my “core family nucleus” in the last six months. But like so many experiences this past year, I didn’t want to pass up the opportunity for fear that it would never line up again. Sure, the river will still be there. But will I? 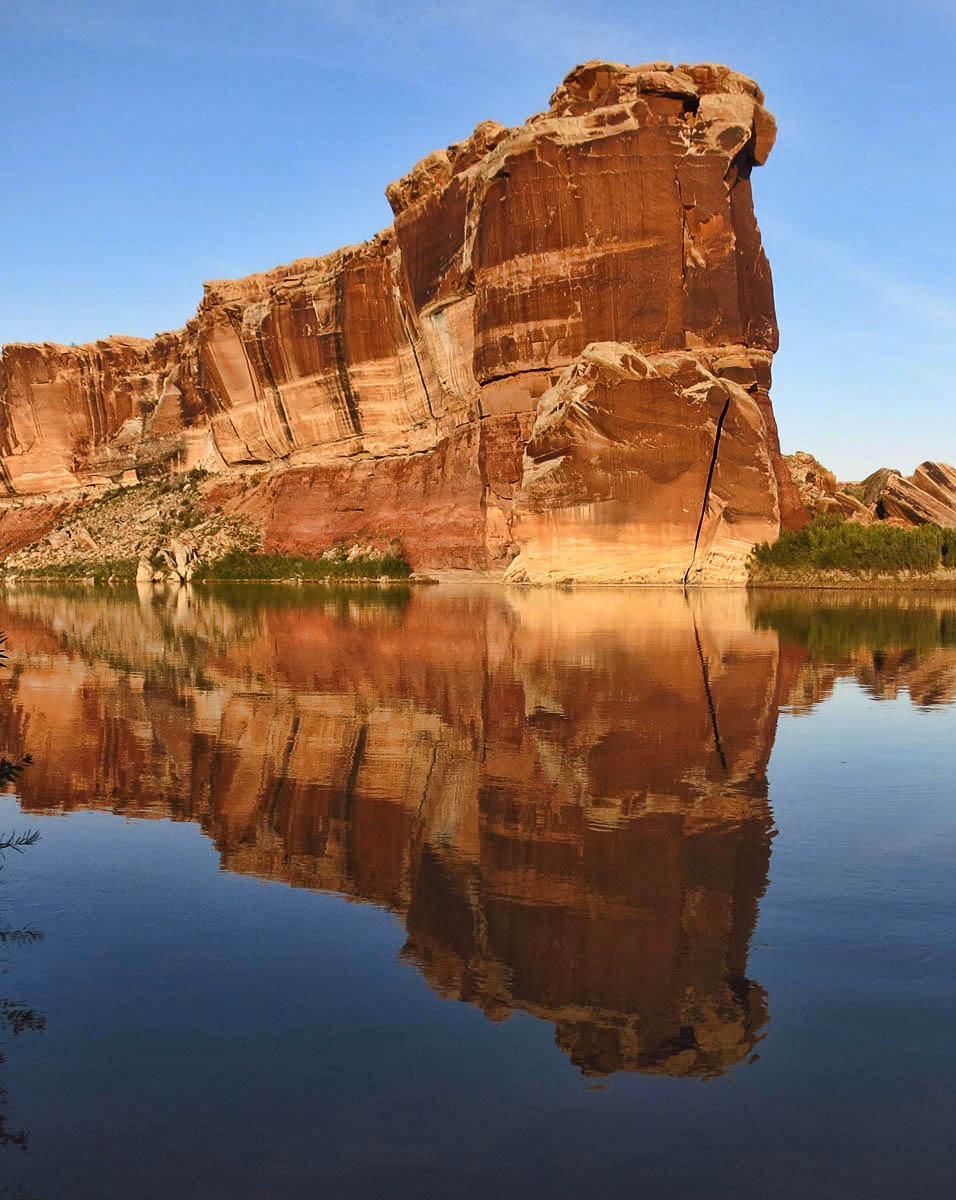 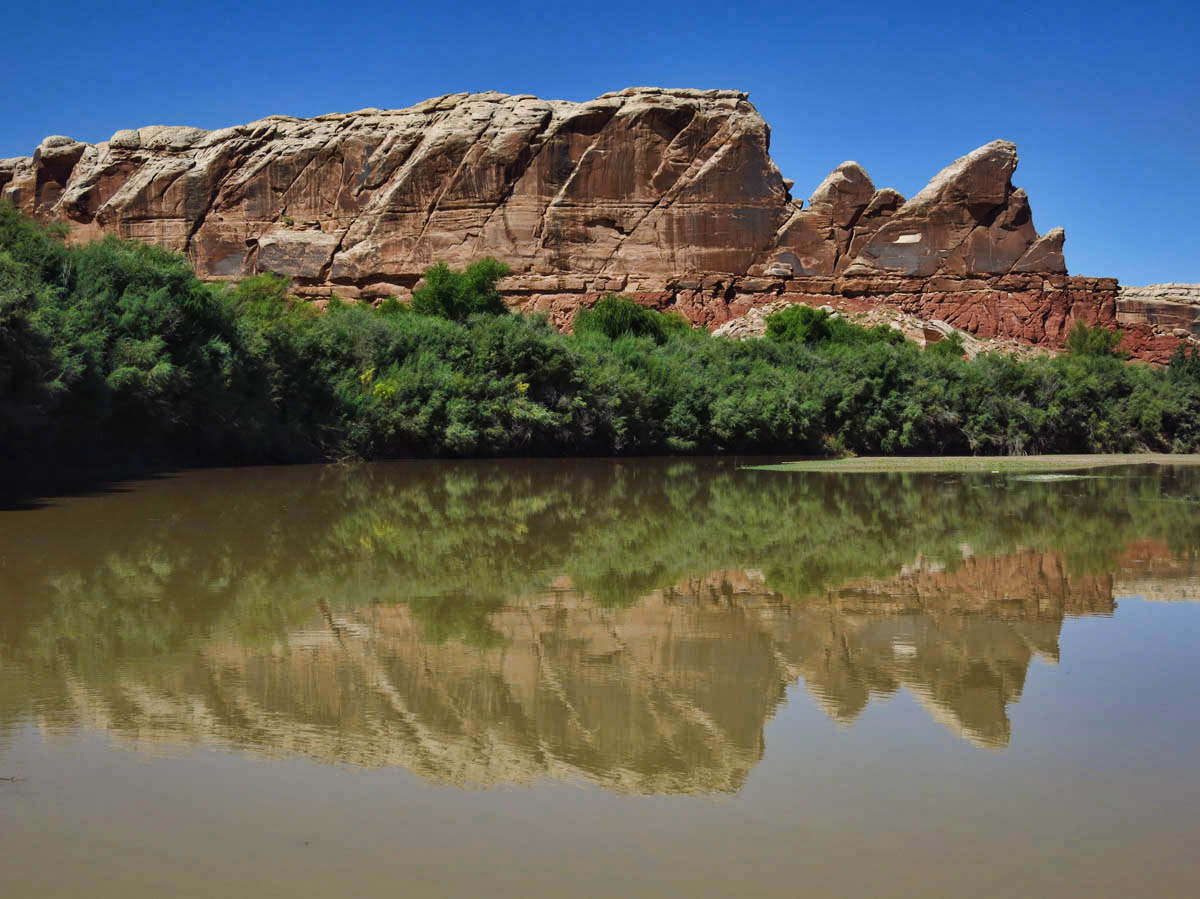 I have no regrets about going whatsoever. It was an incredible experience. But it didn’t come without it’s own set of challenges.

Here are a few things that didn’t work for me, the things that did, and those in between. These are my experiences alone, and do not represent those of my river mates:

I also misjudged the need to “pack a lunch.” I thought we would be on the river until later in the day, so my lunch choices were Kind bars, beef jerky, and nut mix. But as it turned out, we were in camp nearly every day by noon, so my “trail mix” left me lacking. Suffice it to say, once I returned to Moab, I ate like a refugee for three days. 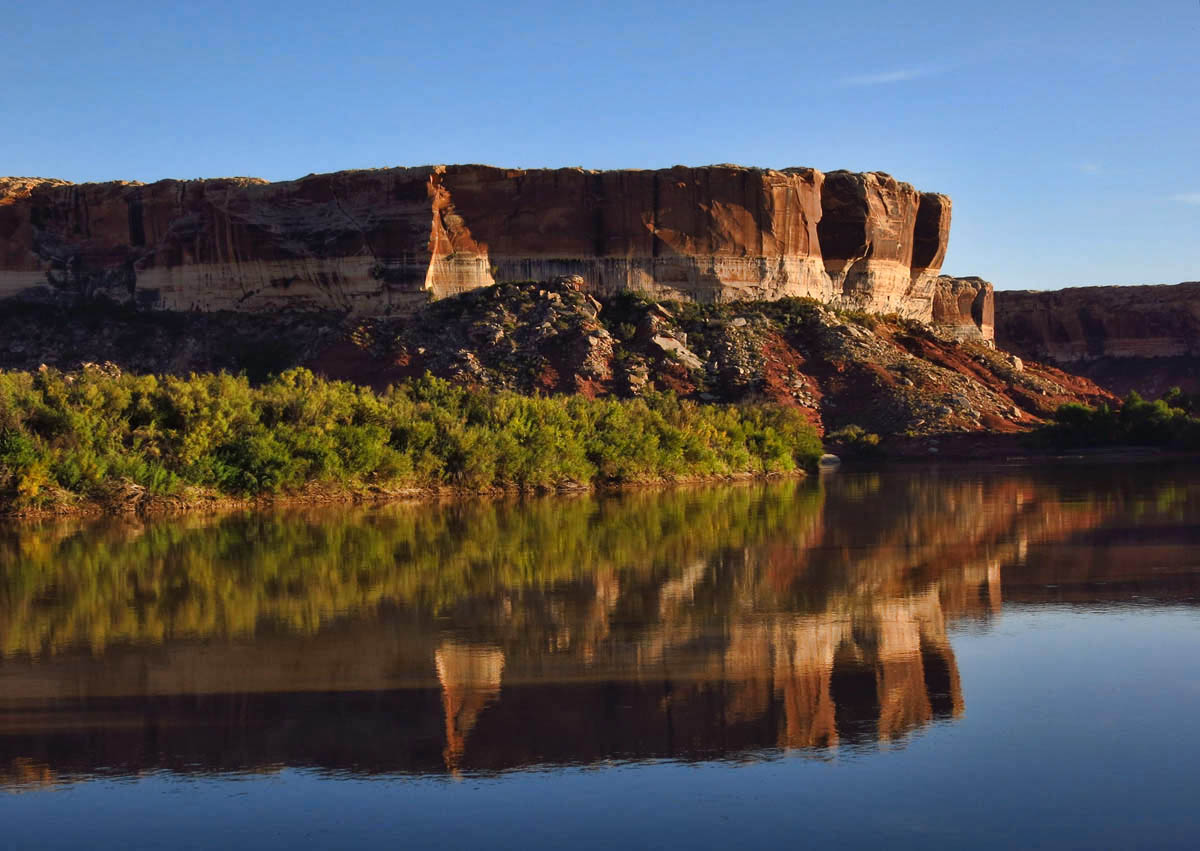 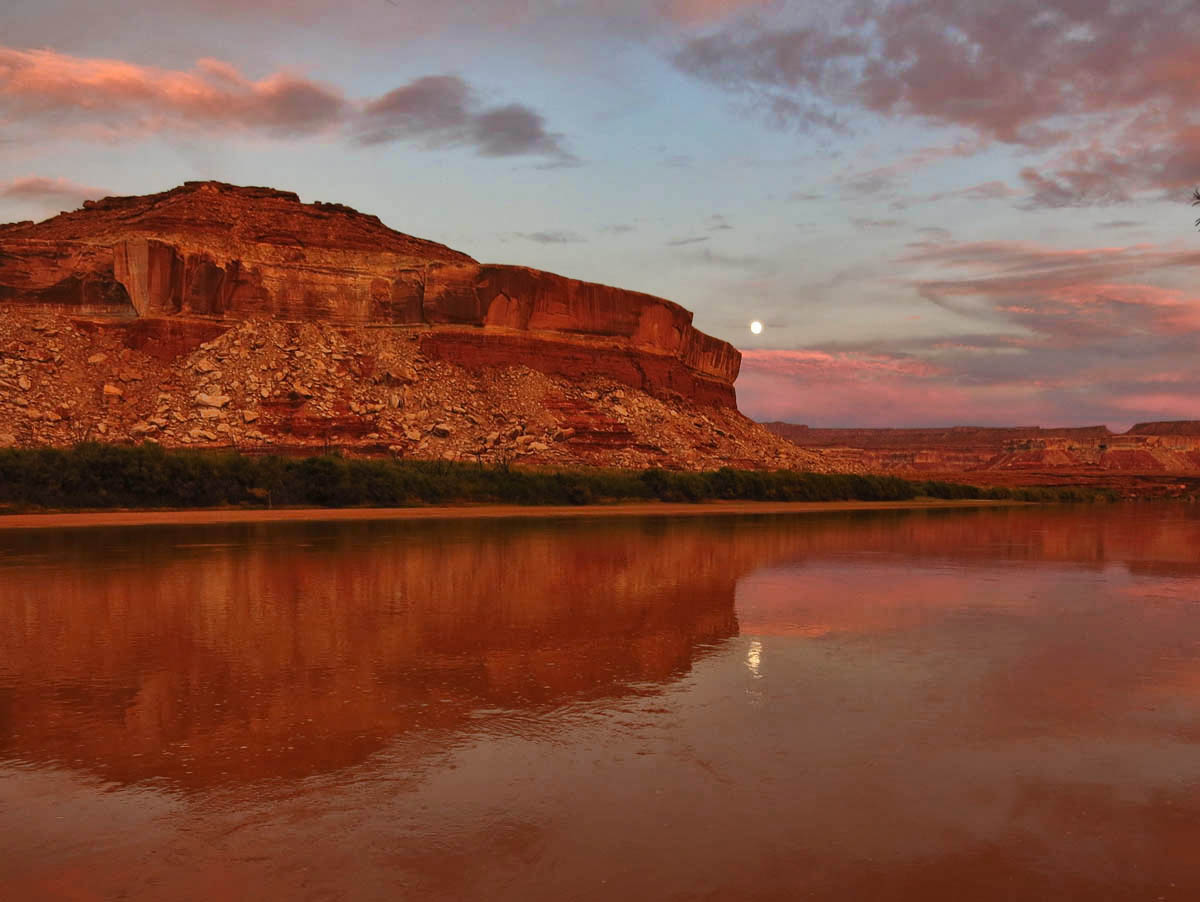 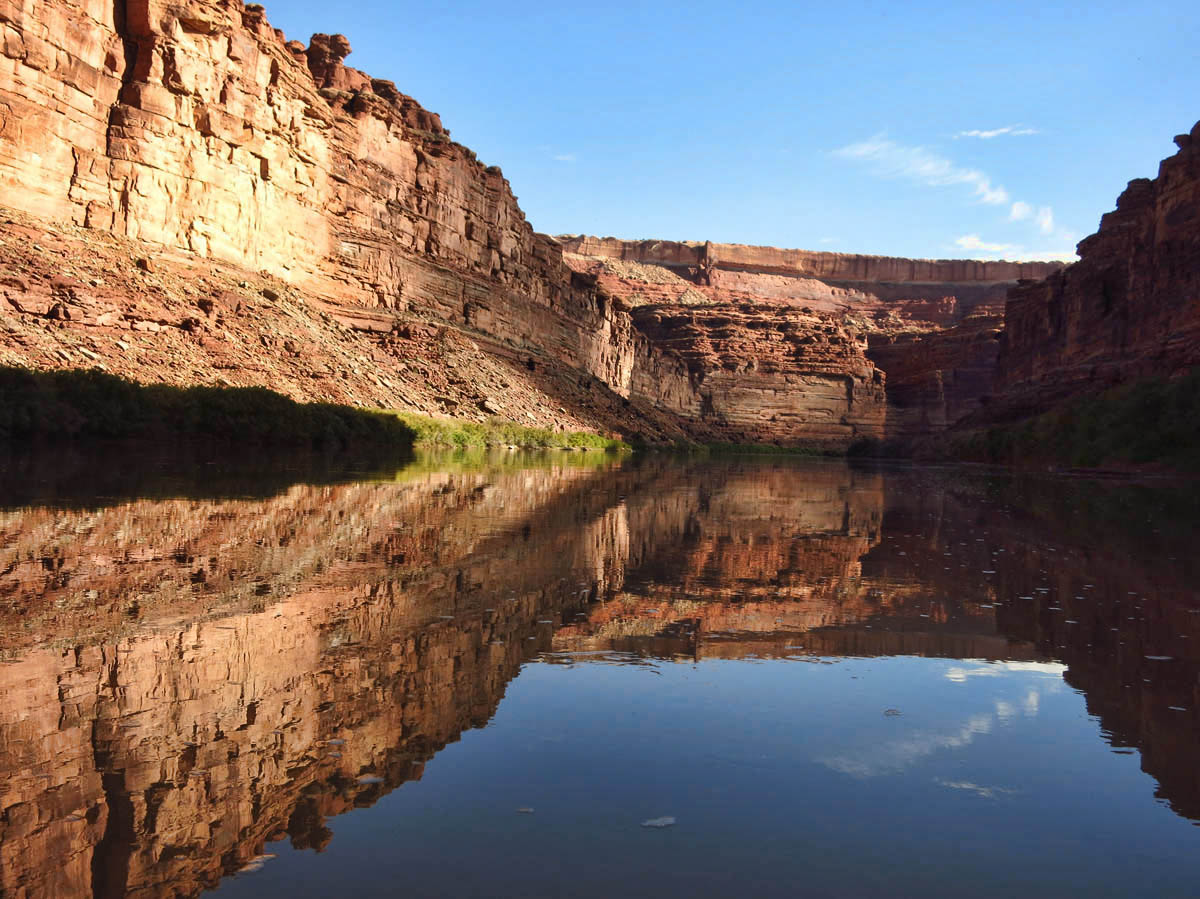 So there you have it. The story behind the postcards. In hind sight, I probably should have trusted my gut. Too soon. Too raw. Too neurotically emotional. Too wounded to risk allowing myself to get into a position of feeling deprived, depraved, or depressed so far from “home” without an exit strategy.  But as that old Garth Brooks song goes, “My life is better left to chance.  I might have missed the pain. But I’d have had to miss….The Dance.” 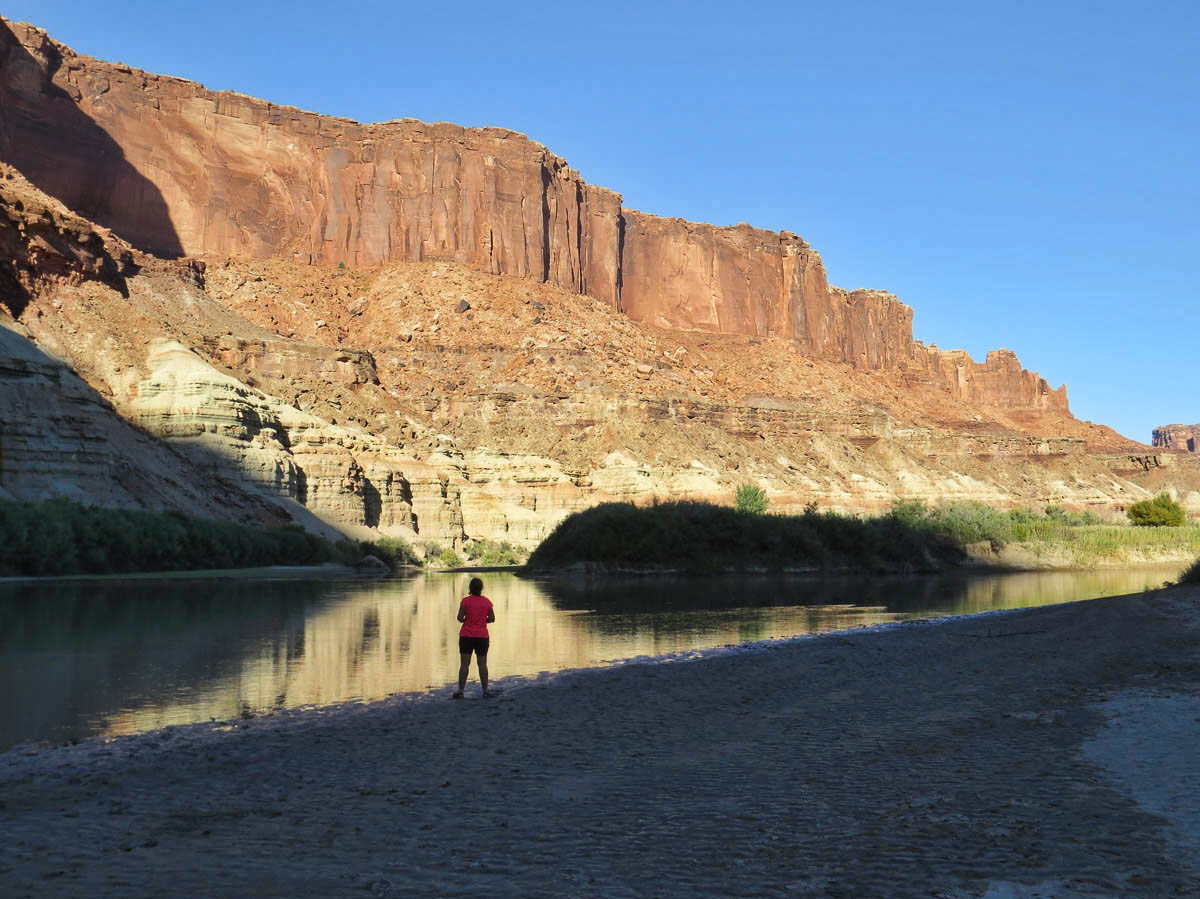 Thanks for The Dance, guys…

25 thoughts on “Reflections on Green River”