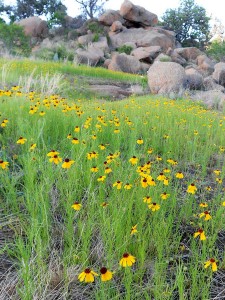 As much as I have been loving my time in Austin, I needed some time to escape the “Barton Springs Scene.” I enjoy the energy of being immersed in a “university town,” but it can start to feel a little like my graying hair is being blown back by all the “awesomeness” from the twenty-something population. So I wanted to get out of town for the weekend when the Zilker Park crowds reach critical mass.

But weekends in Texas State Parks at this time of the year are downright impossible to reserve, so I had to take a day off to experience one of the main nature areas, Enchanted Rock State Natural Area, or “E-Rock” for short. 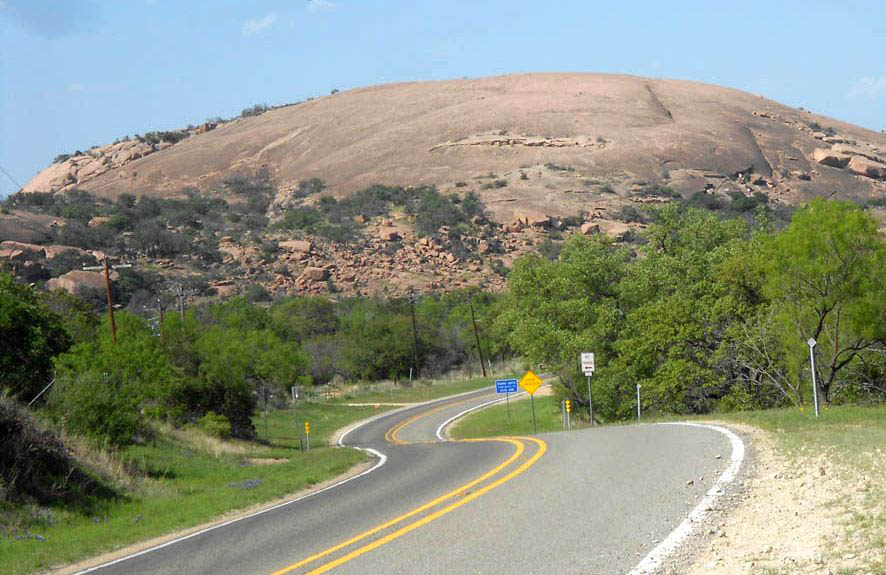 A popular spot for rock climbers brings excessive crowds on weekends, to the point that the park will close the gates altogether once it reaches full capacity, so a Sunday/Monday was the perfect combination. Since Enchanted Rock is actually a “State Natural Area,” it differs from a State Park in that the first priority is to protect the natural state, thereby keeping the facilities somewhat primitive to the point of curtailing activity if necessary to protect the environment. 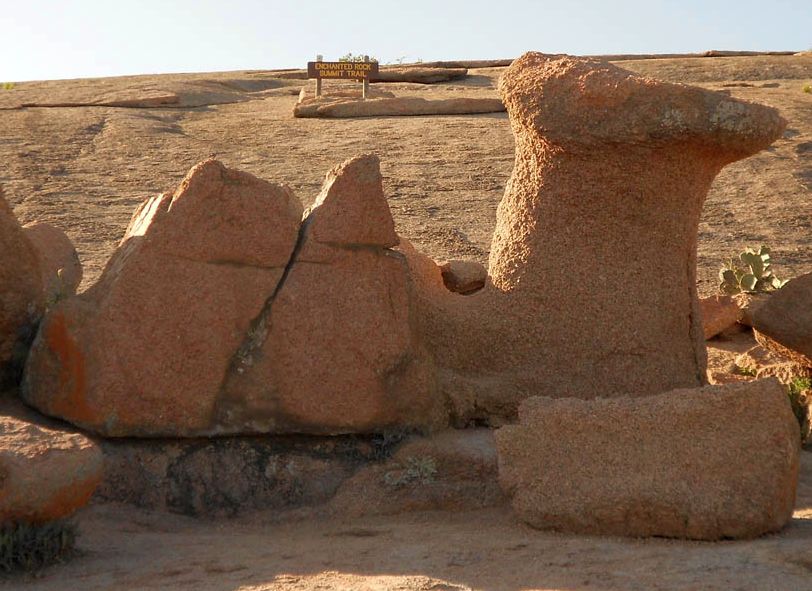 No RVs are allowed in the park. They have only primitive and walk-in sites with water “nearby.” So I left the Winnie behind in Pecan Grove, and loaded up the tent and hardwood charcoal for some much needed immersion in nature. 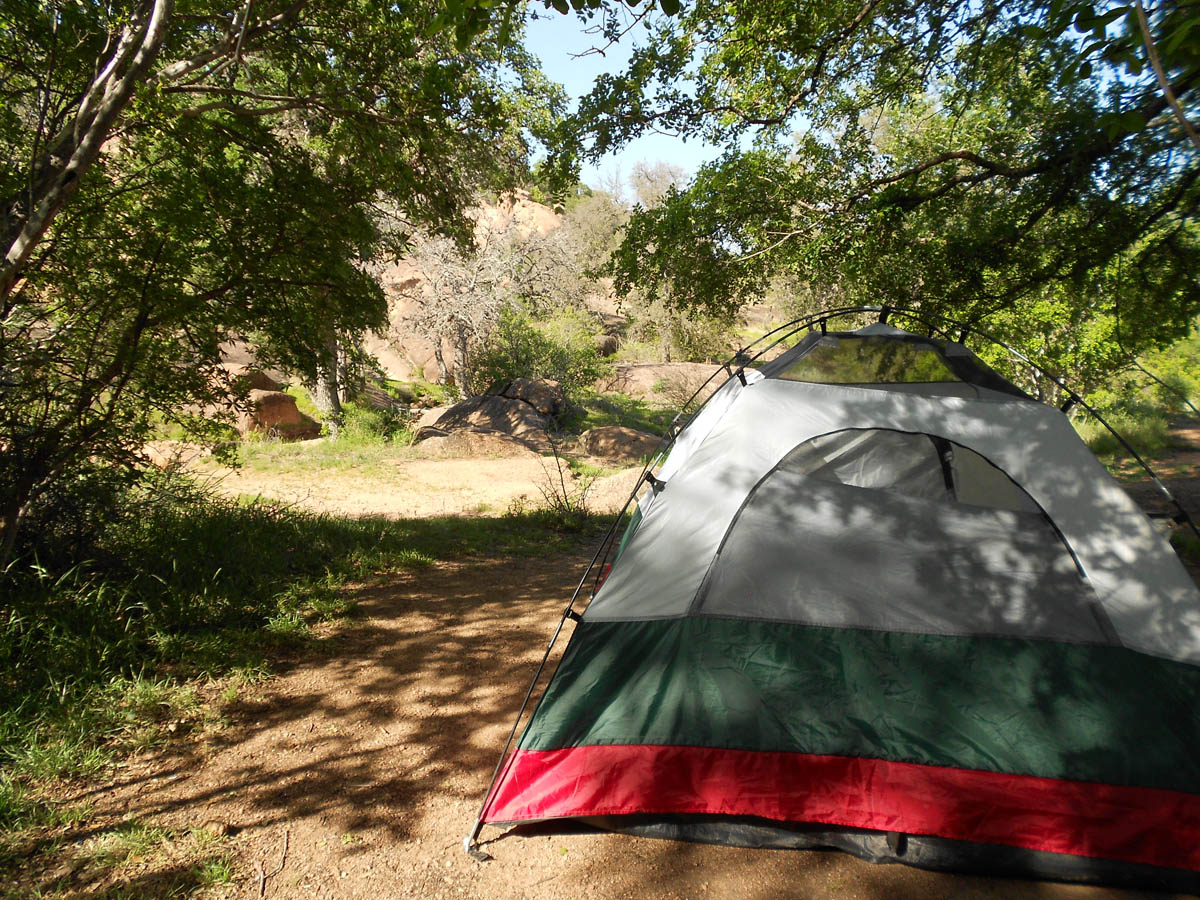 My tent in the “walk-in” site at the base of the rock. 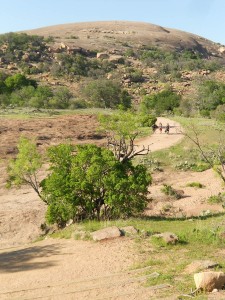 Looking like a big pink basketball bulging 425 feet out of the Texas Hill Country, Enchanted Rock is one of the largest monoliths in the USA, second only to Stone Mountain in my former home of Atlanta. Climbing the monolith is every visitor’s quest, so I headed there first. The climb was much easier than it looked, with the only “crowd” being the tour bus full of Japanese tourists who always seem to flock together. 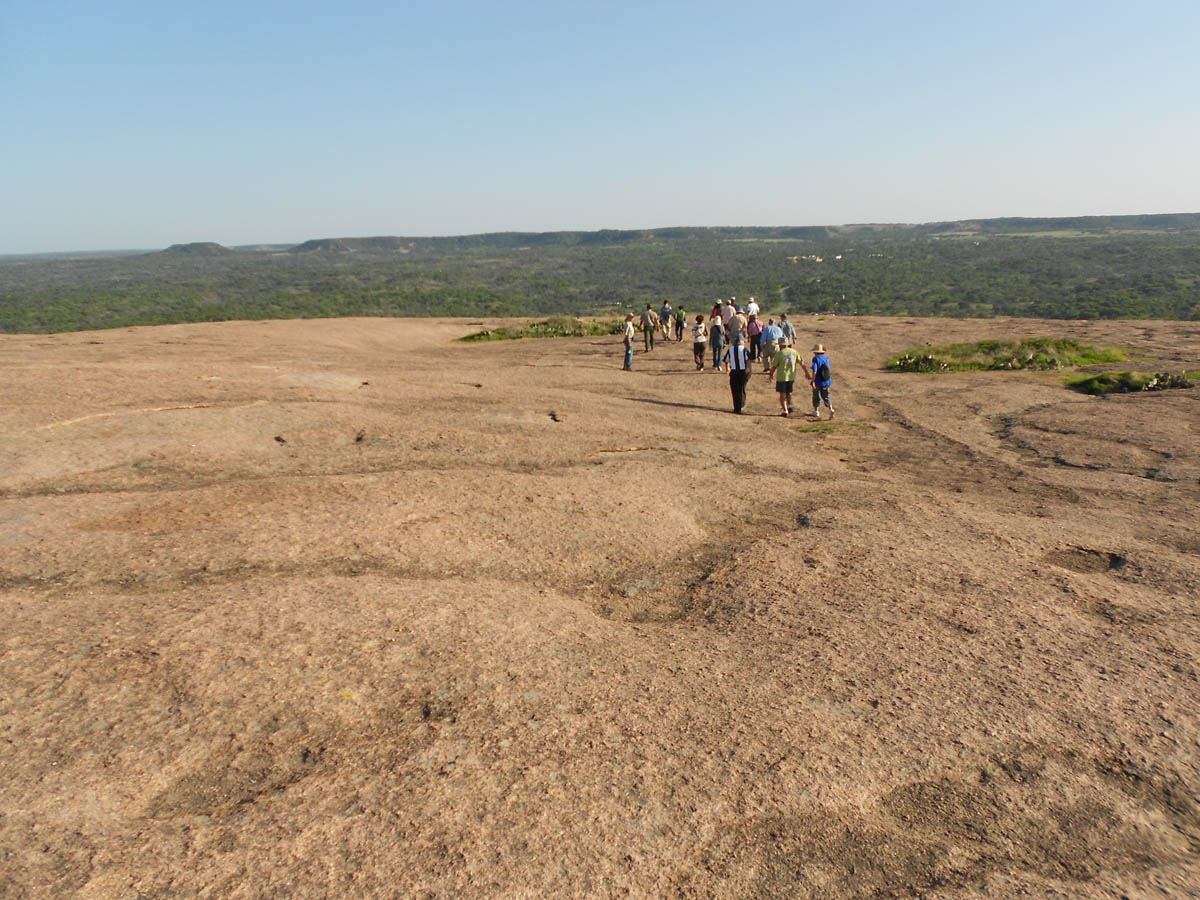 So would I stereotype Asian tourists as always flocking together? naaahhh…

The view of the Hill Country from the top was quite expansive, and made for great scenery no matter which direction you faced. The surface of the pink granite monolith was dotted with vernal pools, or patches of vegetation on bare rock that develop in depressions formed by weathering over thousands of years. 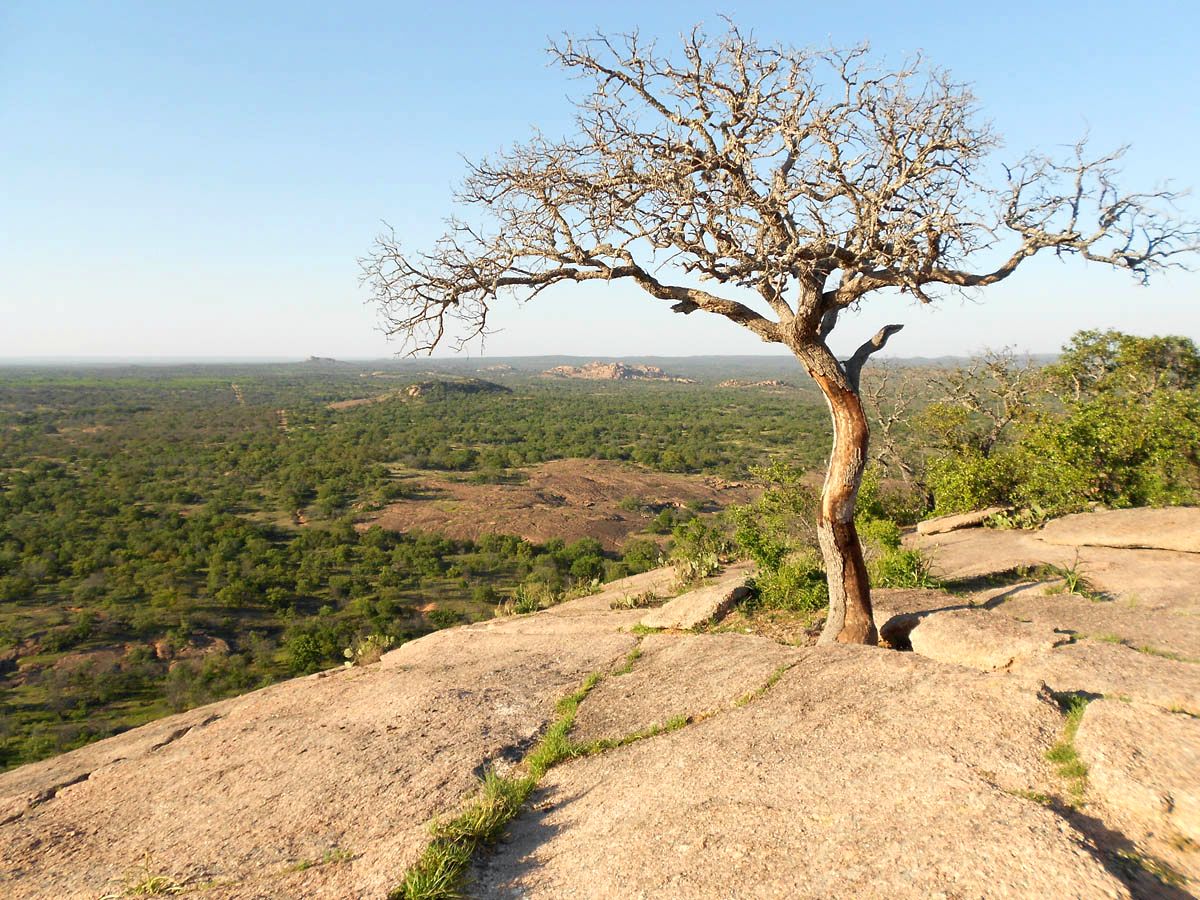 I also hiked the “four mile loop trail,” which had to be more like six miles. My pedometer registered 15,500 steps, which is no way four miles. 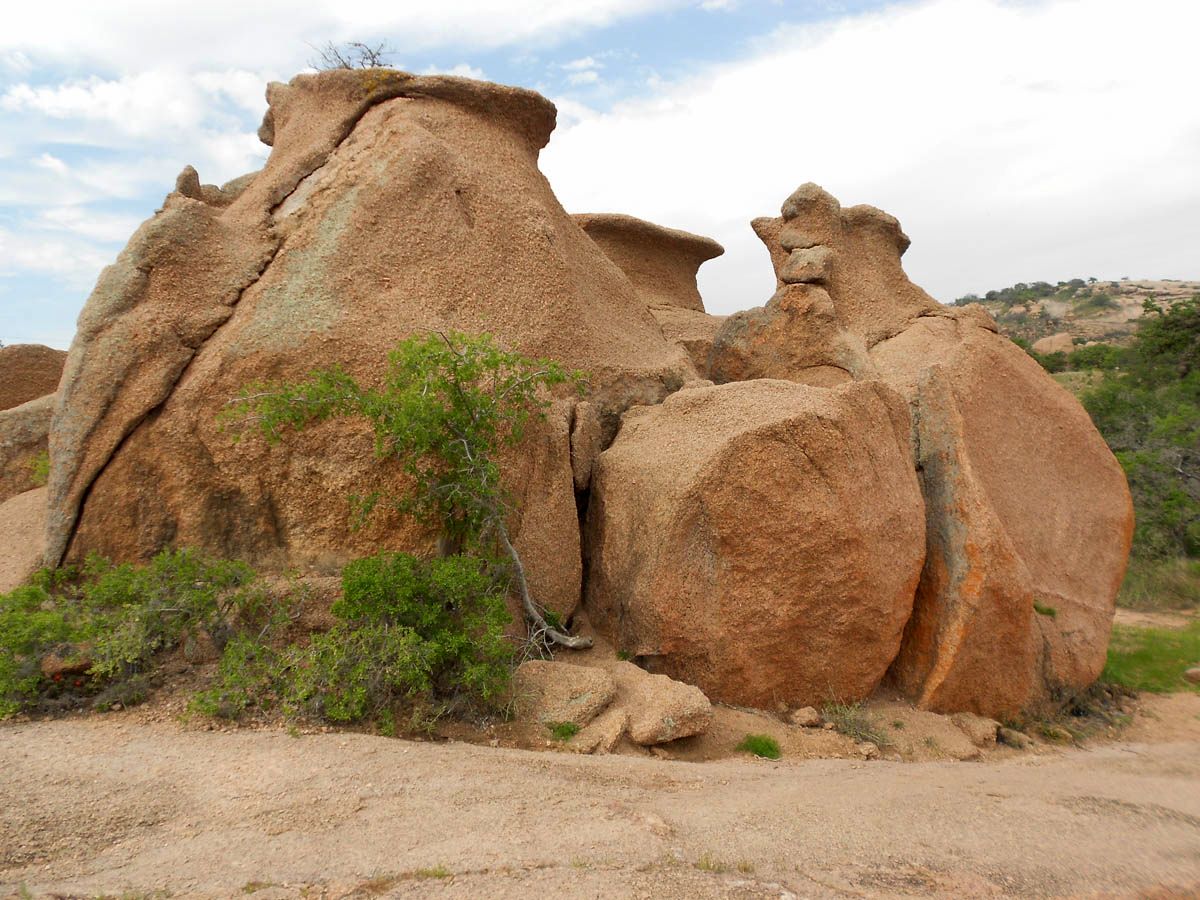 It was a scenic but very tedious path, mostly level, lined with fine sandy gravel that stuck in the cracks of my boot heels, somehow managing to fling itself up and over into my boots, working it’s way down one tiny pebble at a time into my socks. It also made a loud crunching sound beneath my soles which gave me a headache after an hour! At least it was good for waking up the snakes, as I watched two of them dive head-first into a hole on the path in front of me. It’s never a comfort when they see me before I see them! 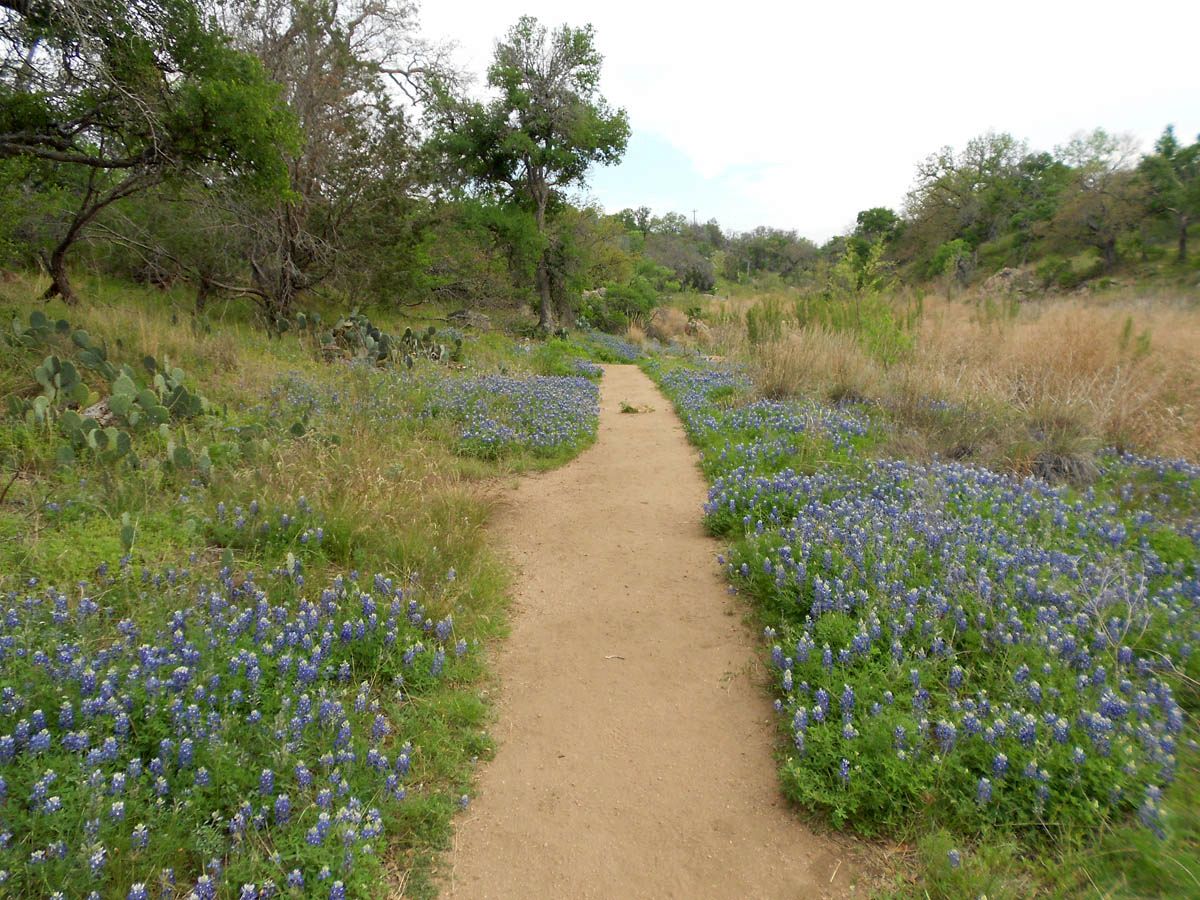 But the most enchanted part of “E-Rock” definitely has to be the stars in the night sky, all 180 degrees of them with just a sliver of a thumbnail moon. Guess I’ve got to hand it to ’em…“The stars at night…. ARE big and bright…. Deep in the Heart of Texas.” 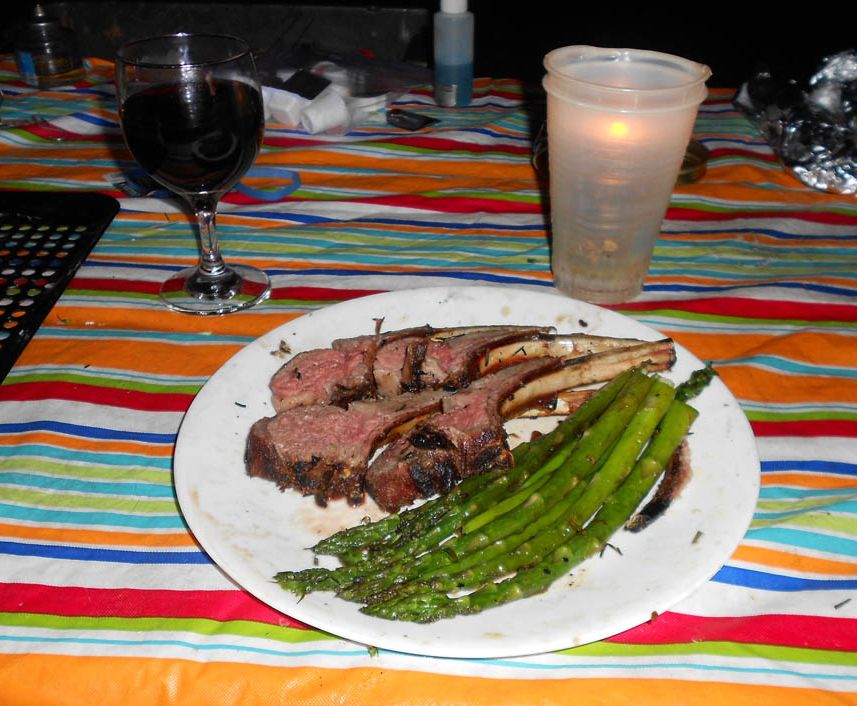 2 thoughts on “One Enchanted Evening”